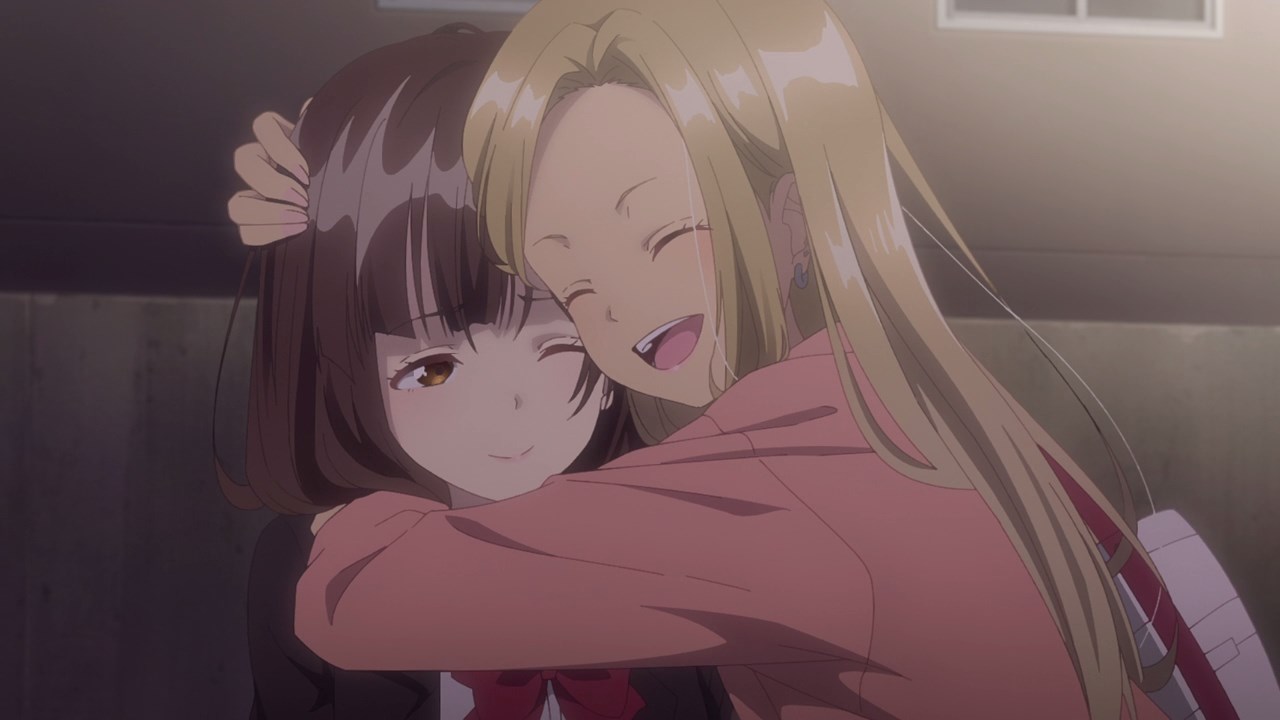 Let’s start this episode with Asami Yuuki where she finally bid farewell to Sayu Ogiwara. Of course, I’m hoping that Asami will see Sayu-chaso again once she finally deal with her family problems. 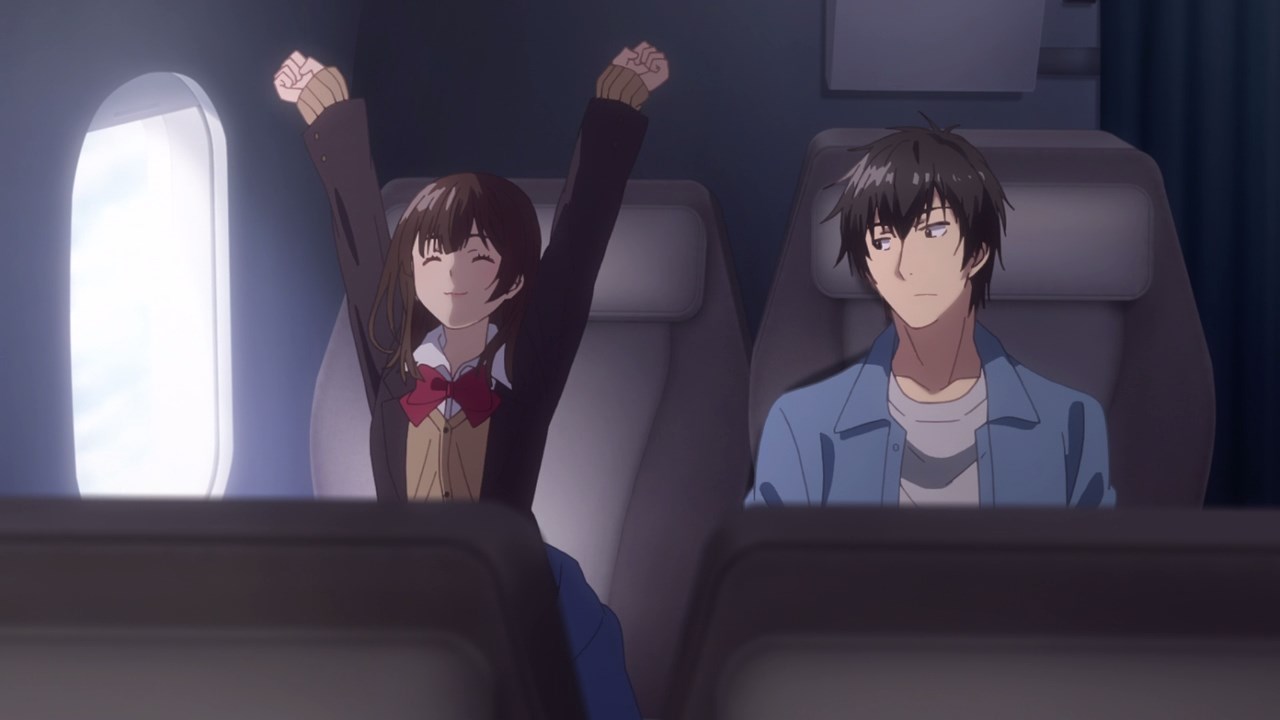 In any case, both Sayu Ogiwara and Yoshida-san went to Hokkaido by plane. Don’t worry though as Issa-san foot the bill on the flight.

By the way, this is the first time Sayu ride an airplane, which got me thinking that she paid much on train trips from Hokkaido to Tokyo. 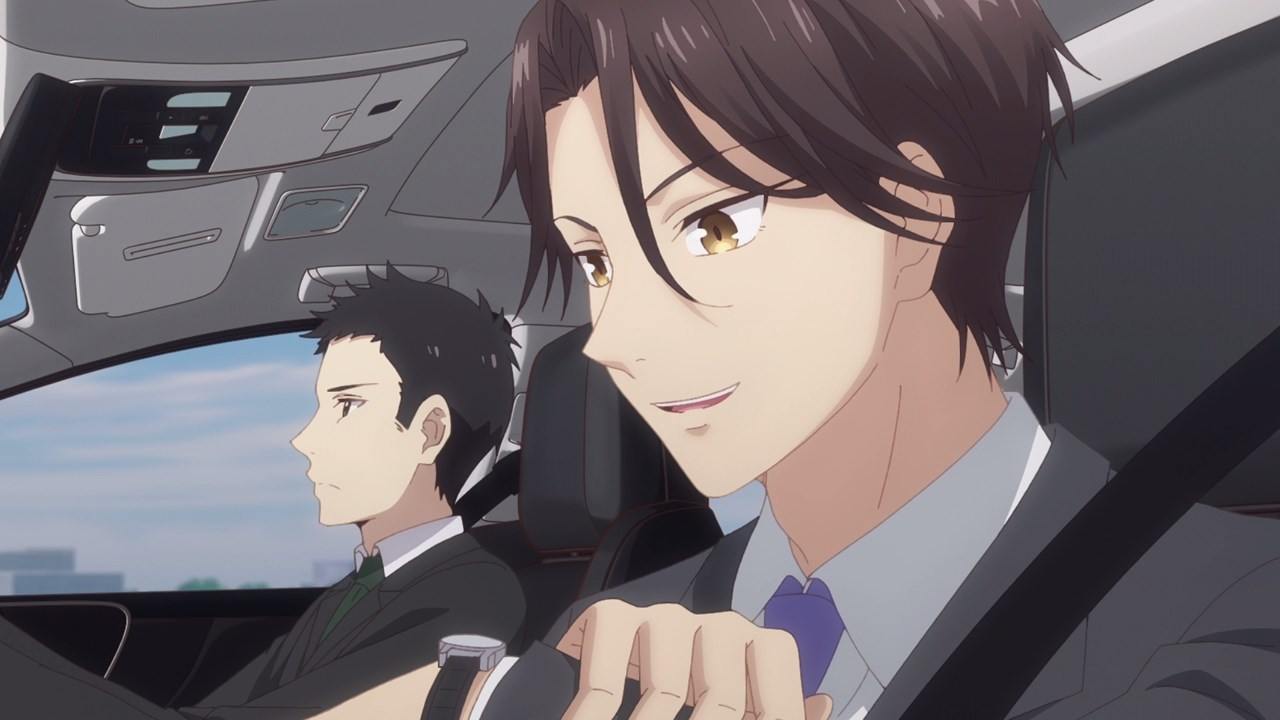 Oh yeah, here’s Issa Ogiwara where he’ll be heading to the company building for some business dealings. C’mon, he’s a busy man in Ogiwara Foods, but this gives time for Sayu and Yoshida-san to relax in Sapporo. 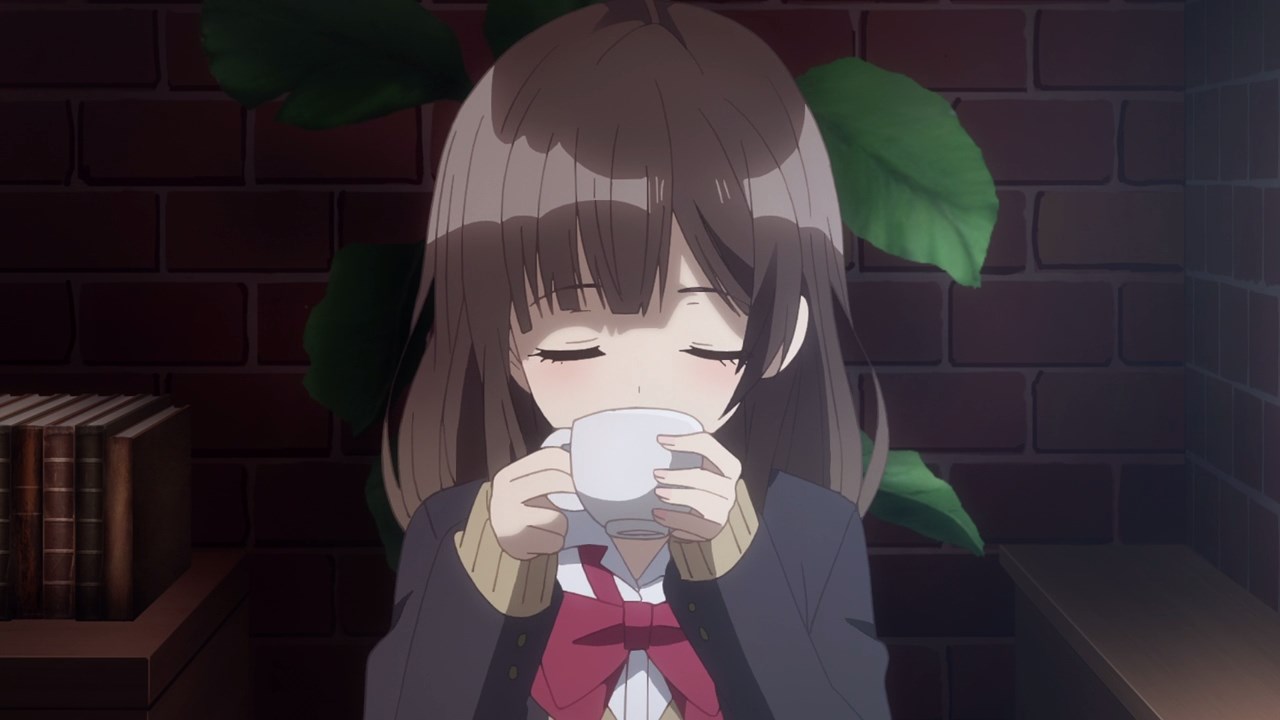 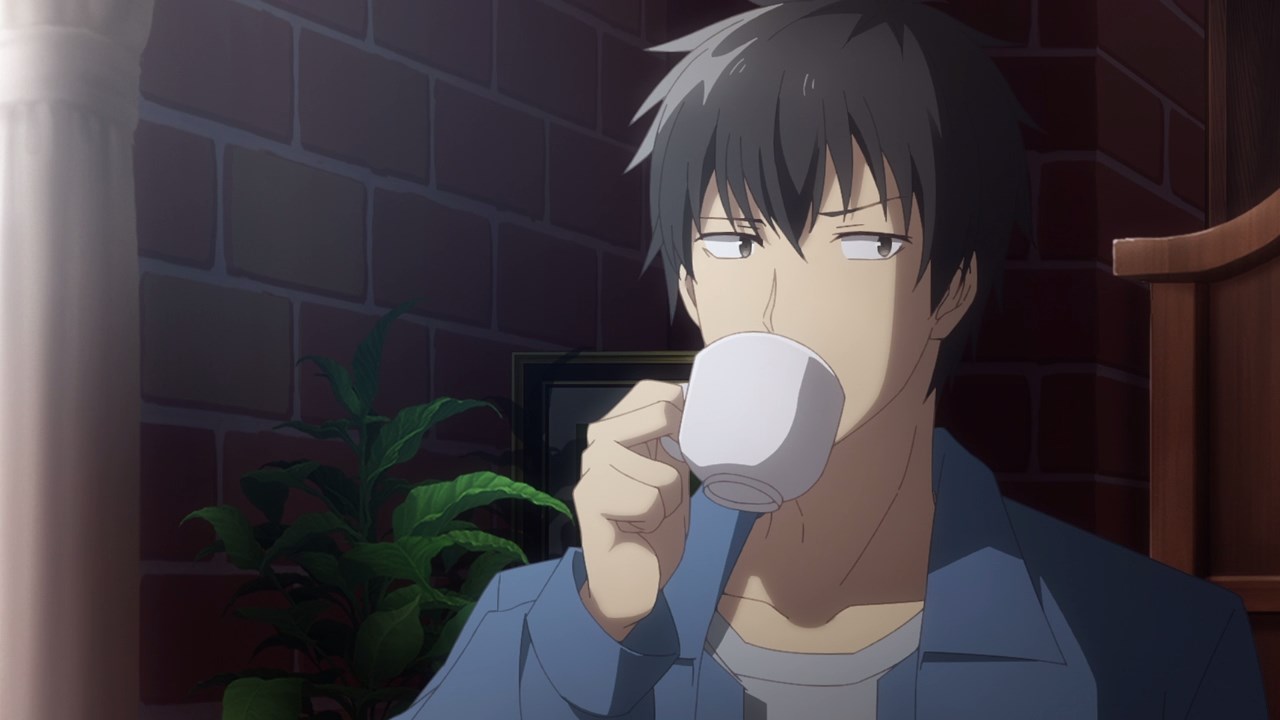 Anyways, they went to a fancy café where Sayu Ogiwara bought a cup of green tea au lait while Yoshida-san bought some plain old espresso.

While it’s their first time going to a café, it’s really unfortunate that Sayu didn’t go out to various places and hang out with her classmates due to her strict upbringing. 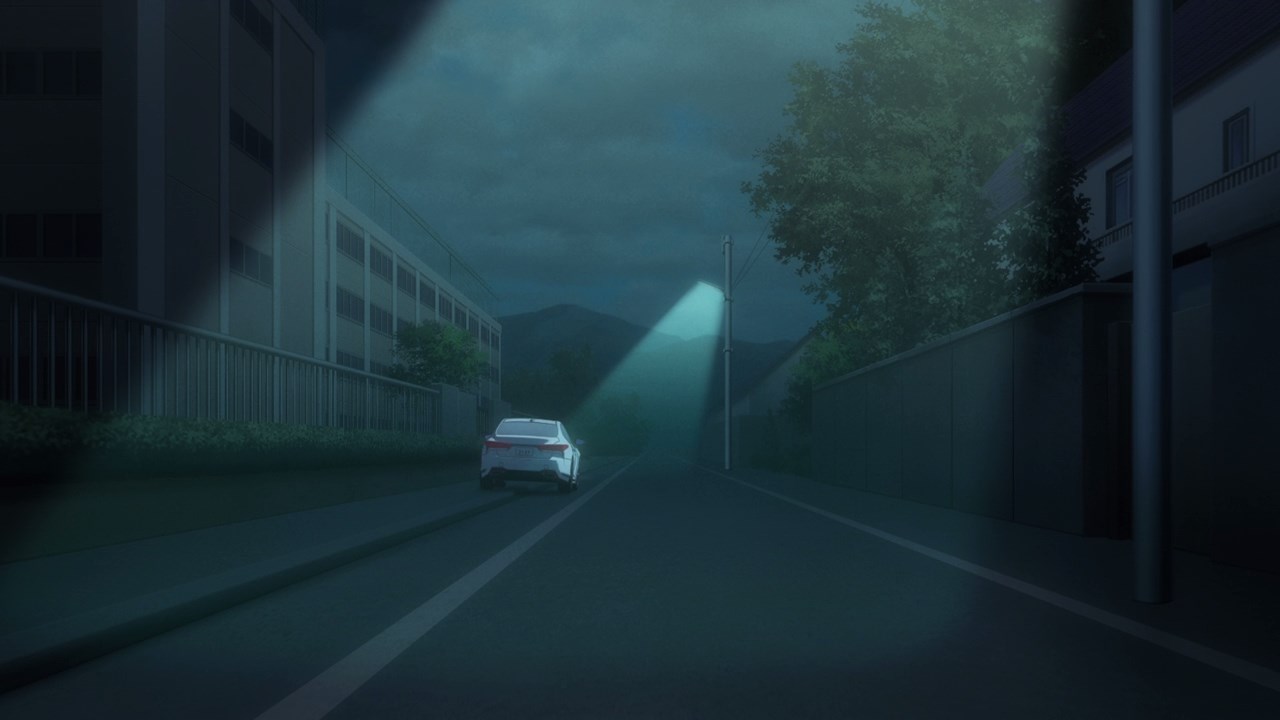 After a quick detour to Sapporo, it’s time for Sayu to return to Asahikawa but not before visiting Asahikawa 6th High School where she has painful memories there. Then again, it’s late at night so the school gate is closed. 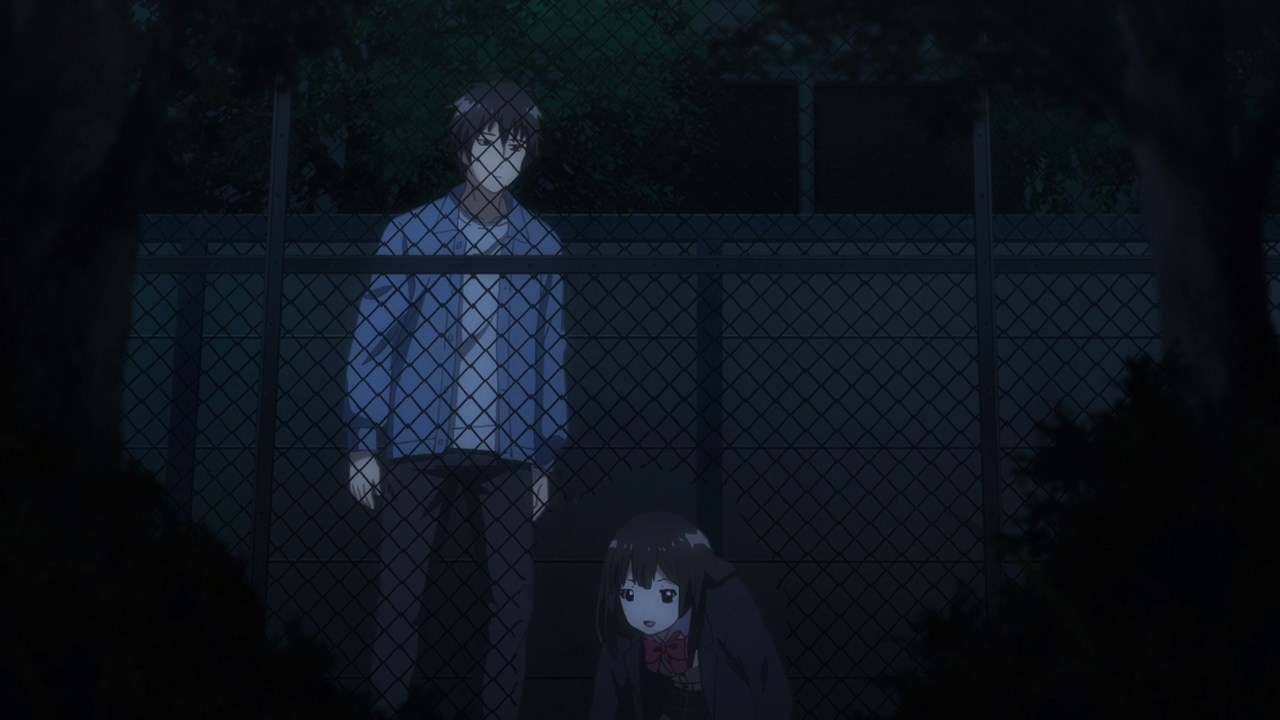 But that doesn’t stop Sayu Ogiwara from going inside as she found a secret passage. Cheeky plan there, Sayu-chaso! 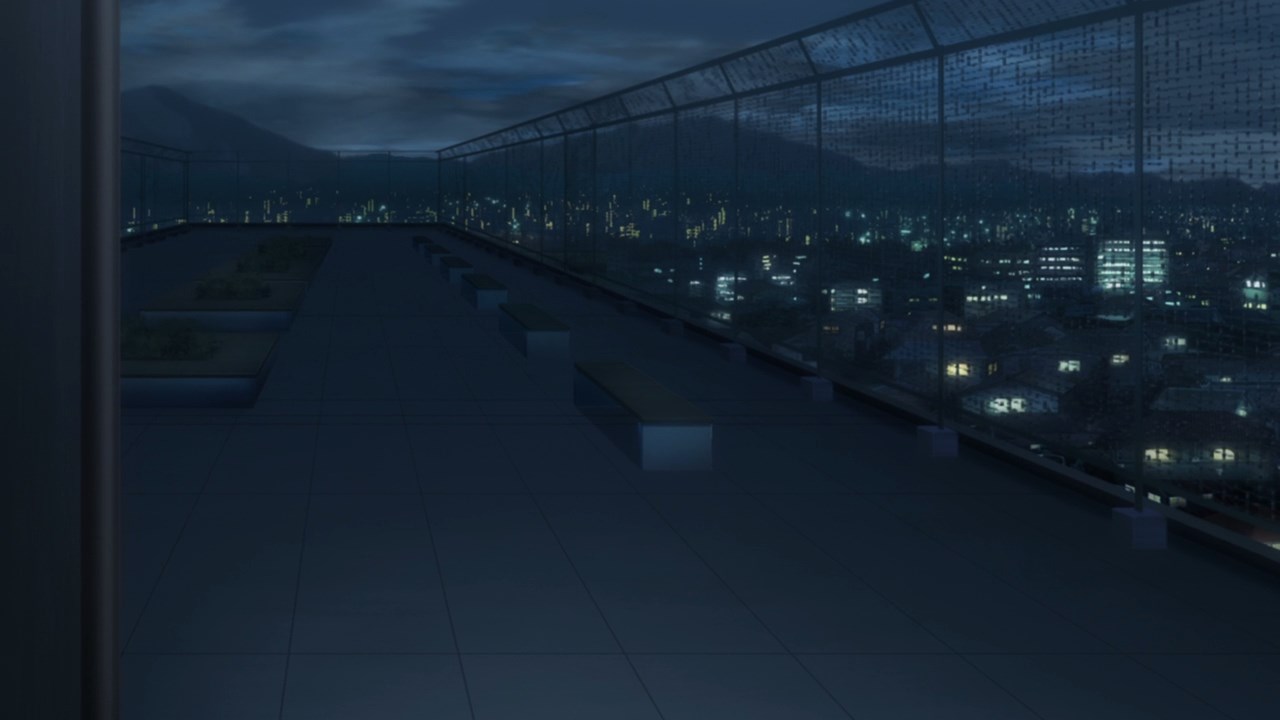 Anyways, they finally arrived at the rooftop, the place where Sayu Ogiwara saw Yuuko Masaka’s final moments as her friend jumped from the edge of the rooftop.

Of course, the school already installed high fences which prevents students from climbing over the edge. Then again, bullying still persists which is why this high fence installation is treated as a band aid. 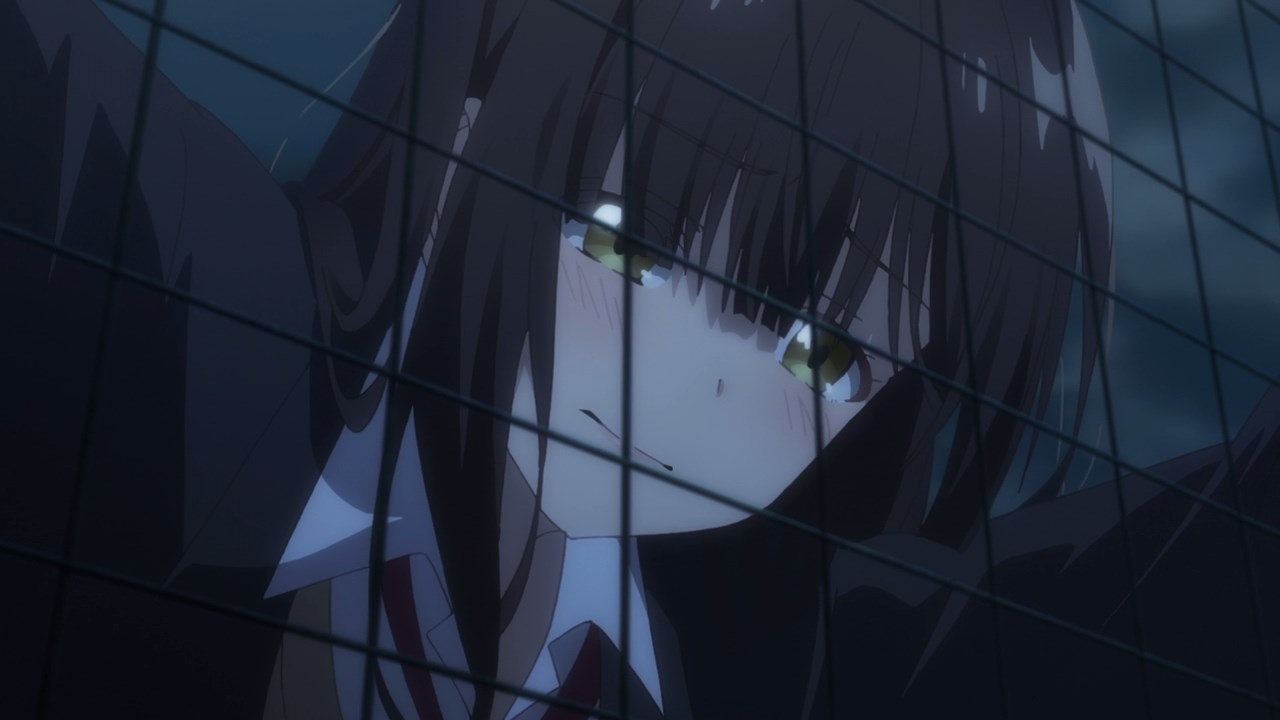 For Sayu Ogiwara, she thought that having this fence installed sooner would prevent Yuuko Masaka from falling to her death, but it’s too late now as Sayu blamed herself for Yuuko’s suicide. 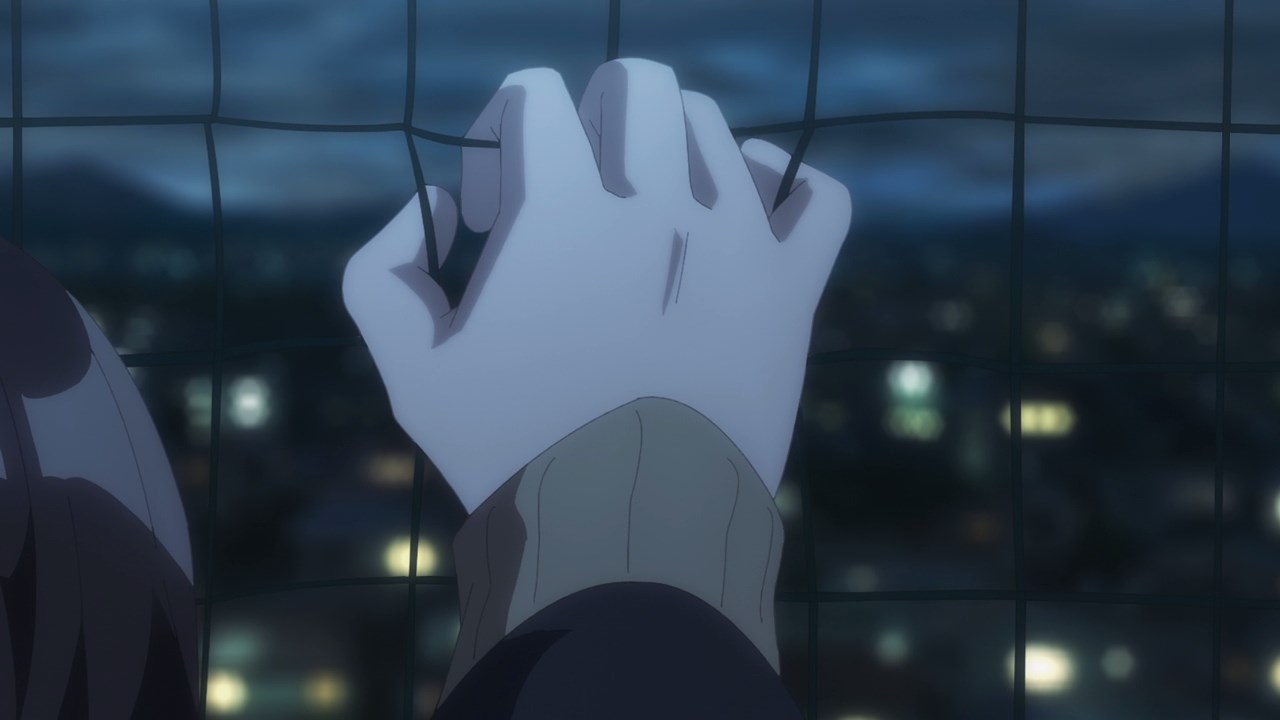 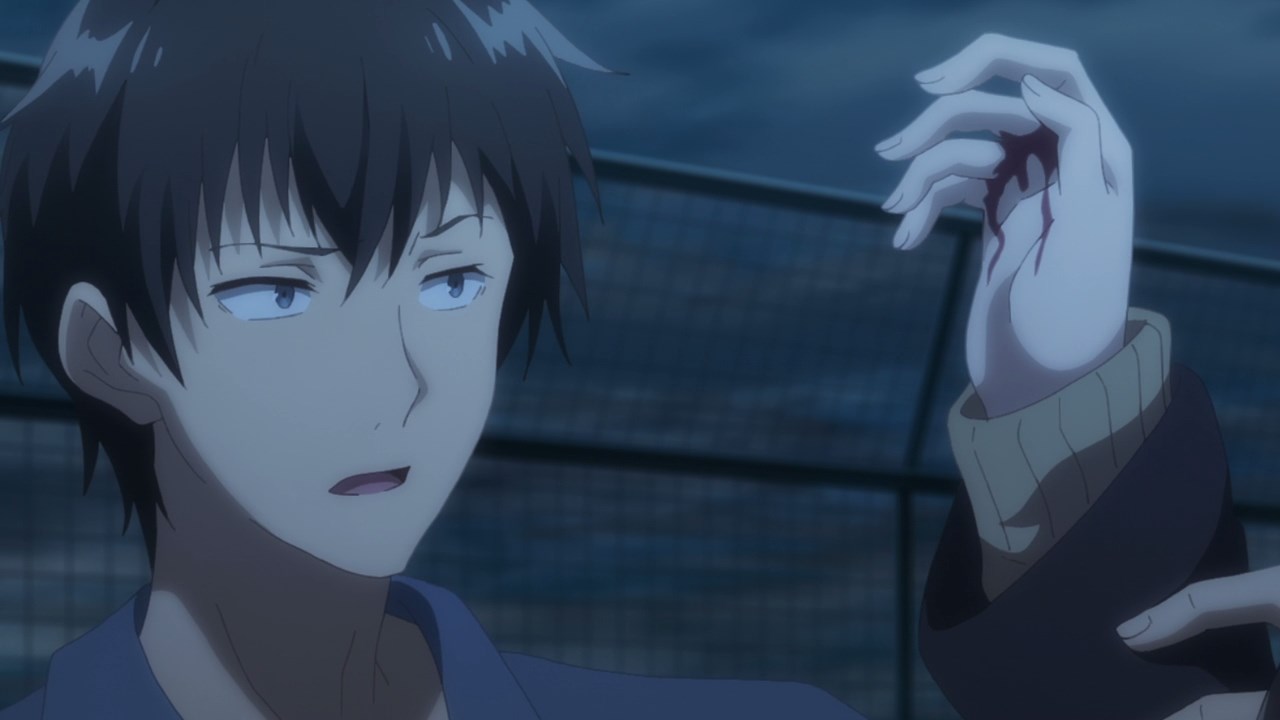 Speaking of Yoshida-san, he’s really concerned that Sayu might end her life much like Yuuko. In fact, he saw that Sayu’s hands is bleeding upon grabbing the fence. 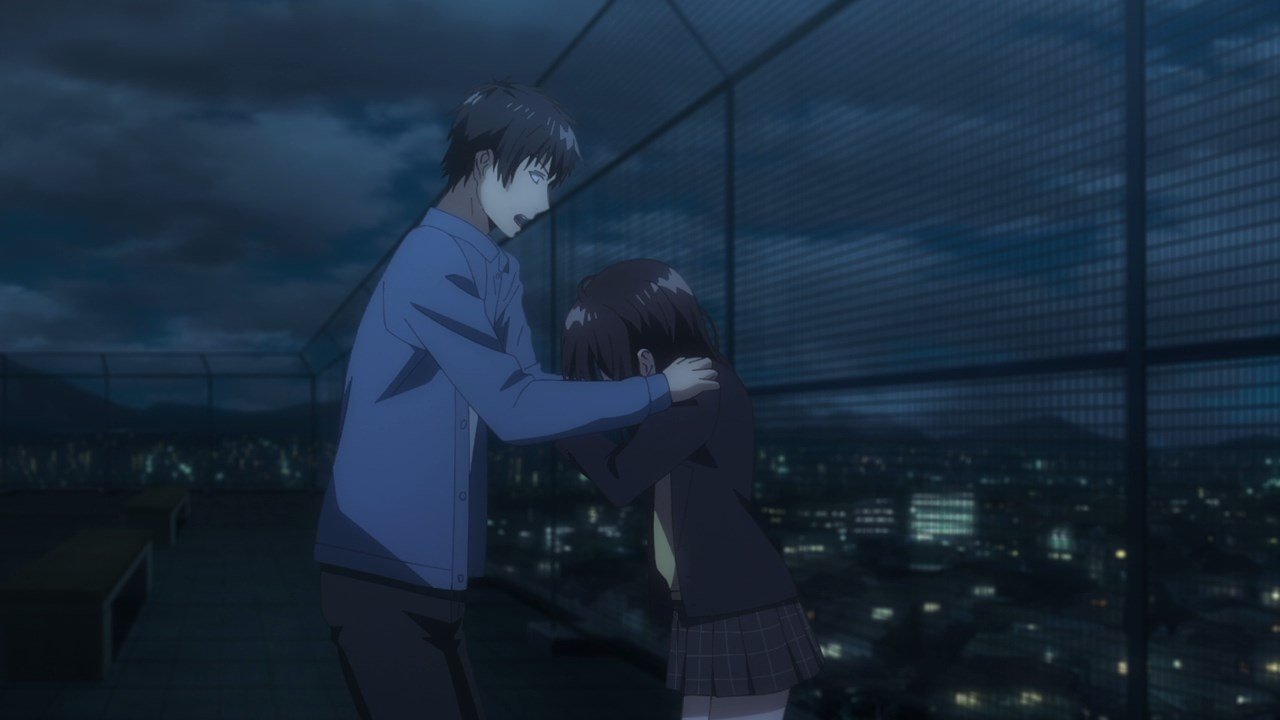 With that said, I’m glad that Yoshida-san accompanied Sayu Ogiwara ’cause she’s emotionally-unstable without some supervision. C’mon, past is past and Sayu did the right thing to stand up for her friend. 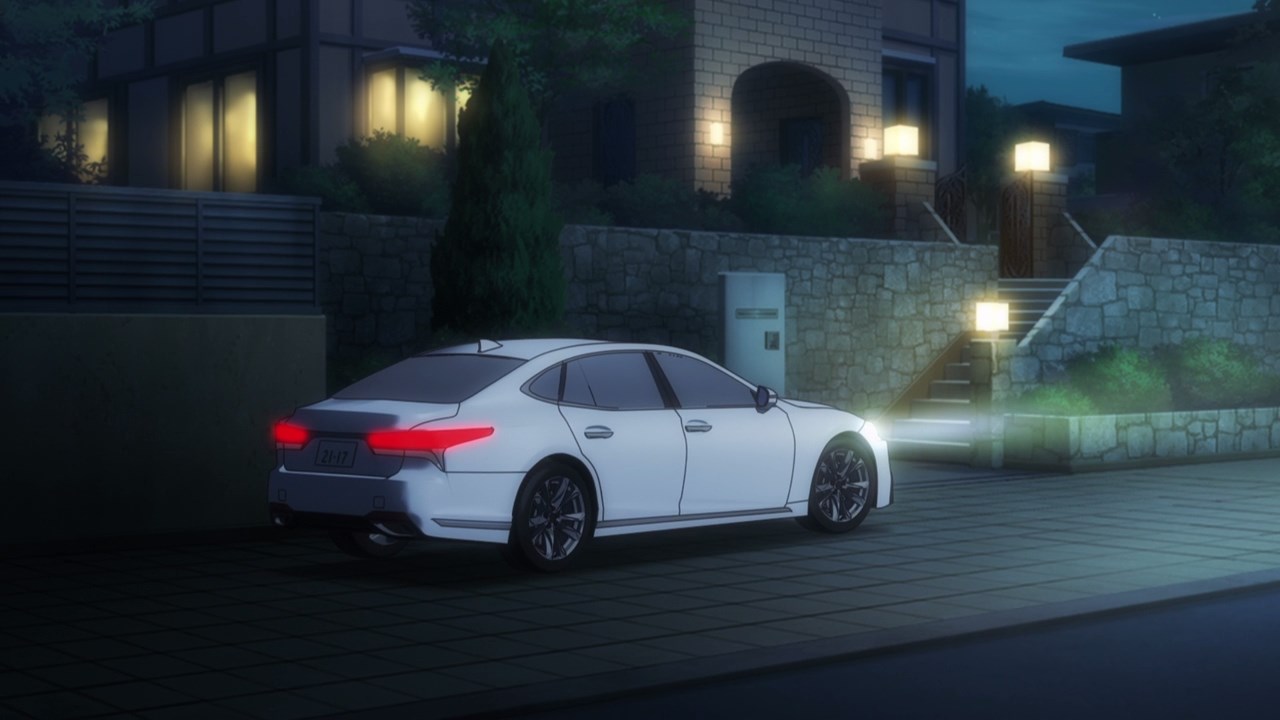 Now then, let’s end this episode where Sayu finally returned home and face everything rather than running away., although her reunion with her mother won’t be as heartwarming as you may think. 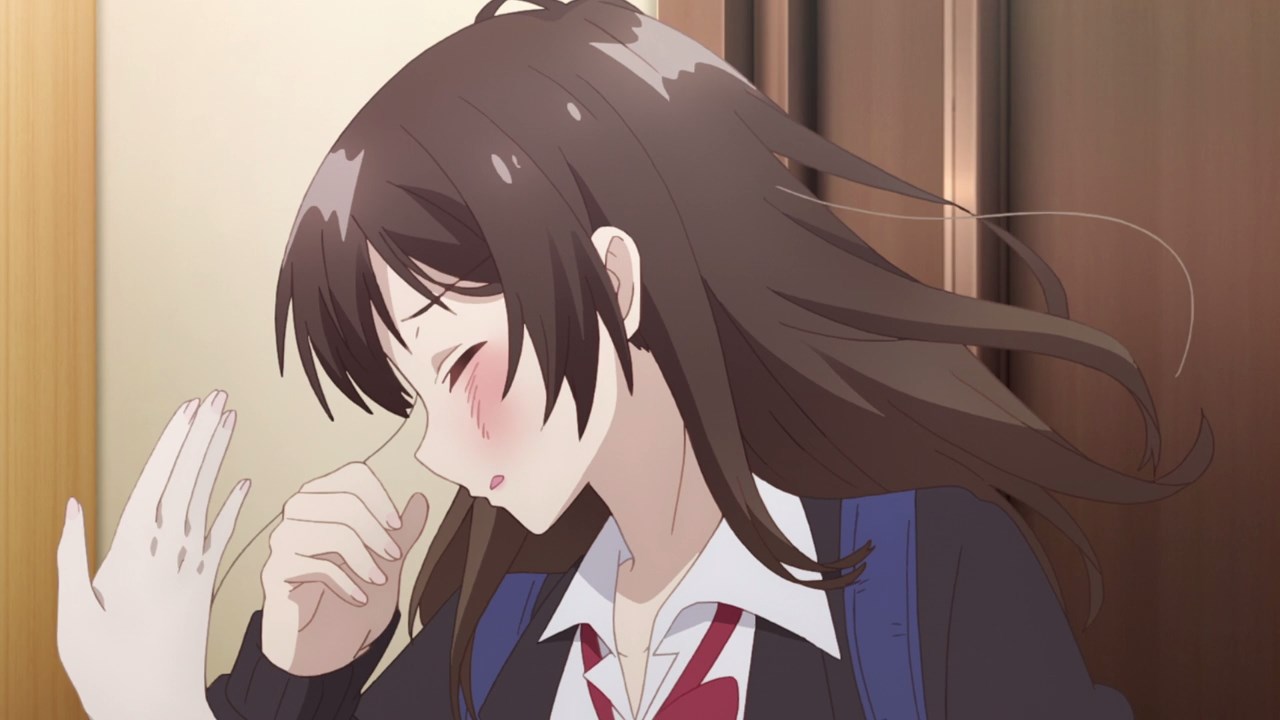 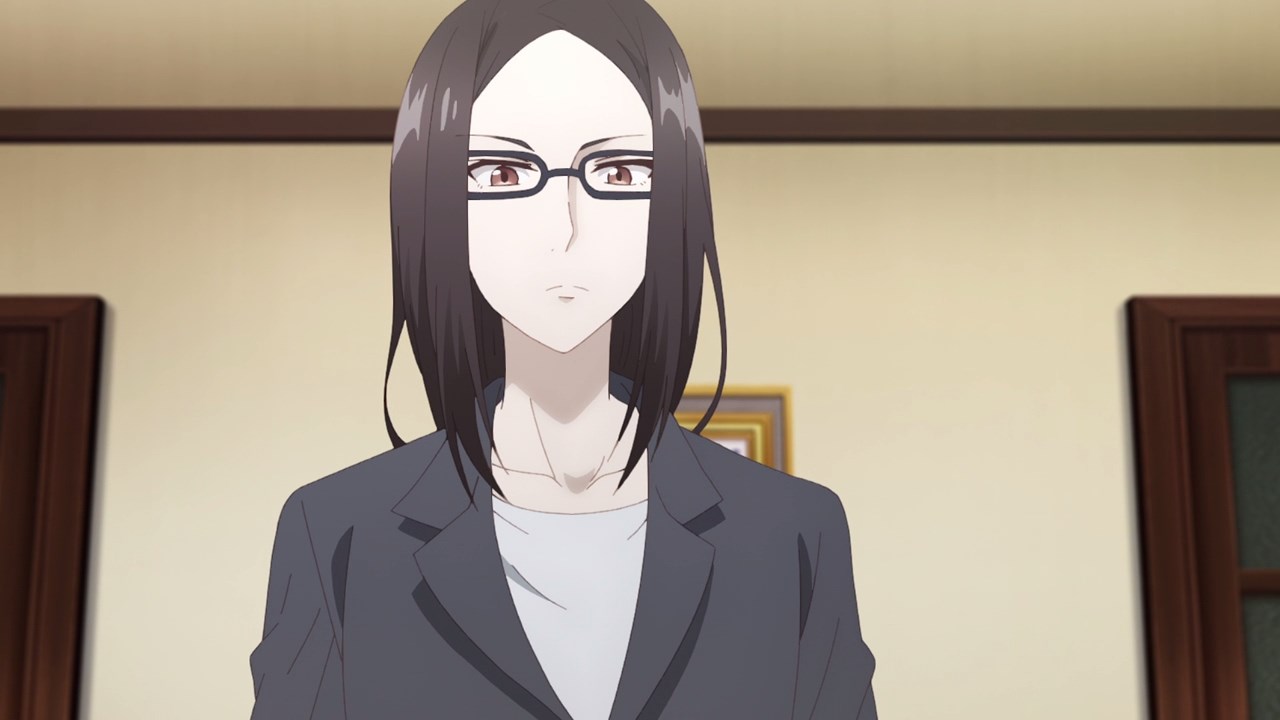 And seriously, Sayu’s mother went straight to slapping her own daughter to the face as expected. What an asshole!

Well everyone, next episode will be a lengthy discussion between a mother and a daughter, although Mrs. Ogiwara would accuse Yoshida-san of raping Sayu.