Joran: The Princess of Snow and Blood Episode #12 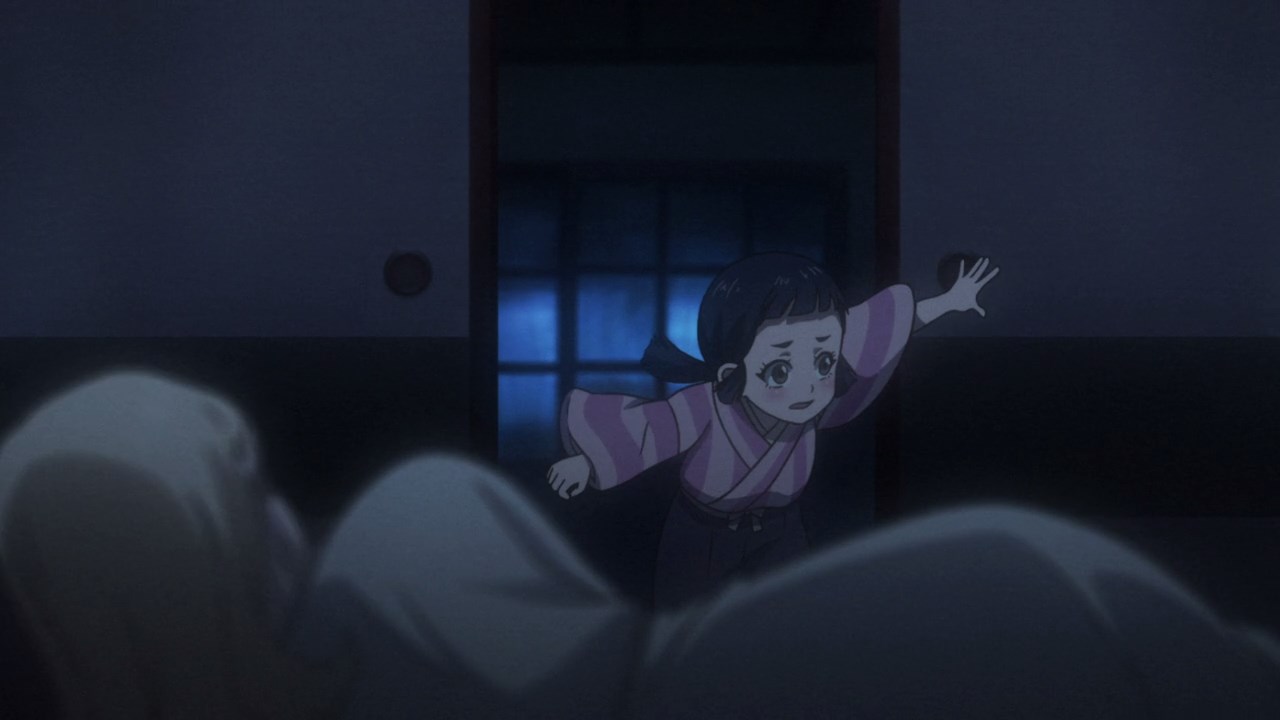 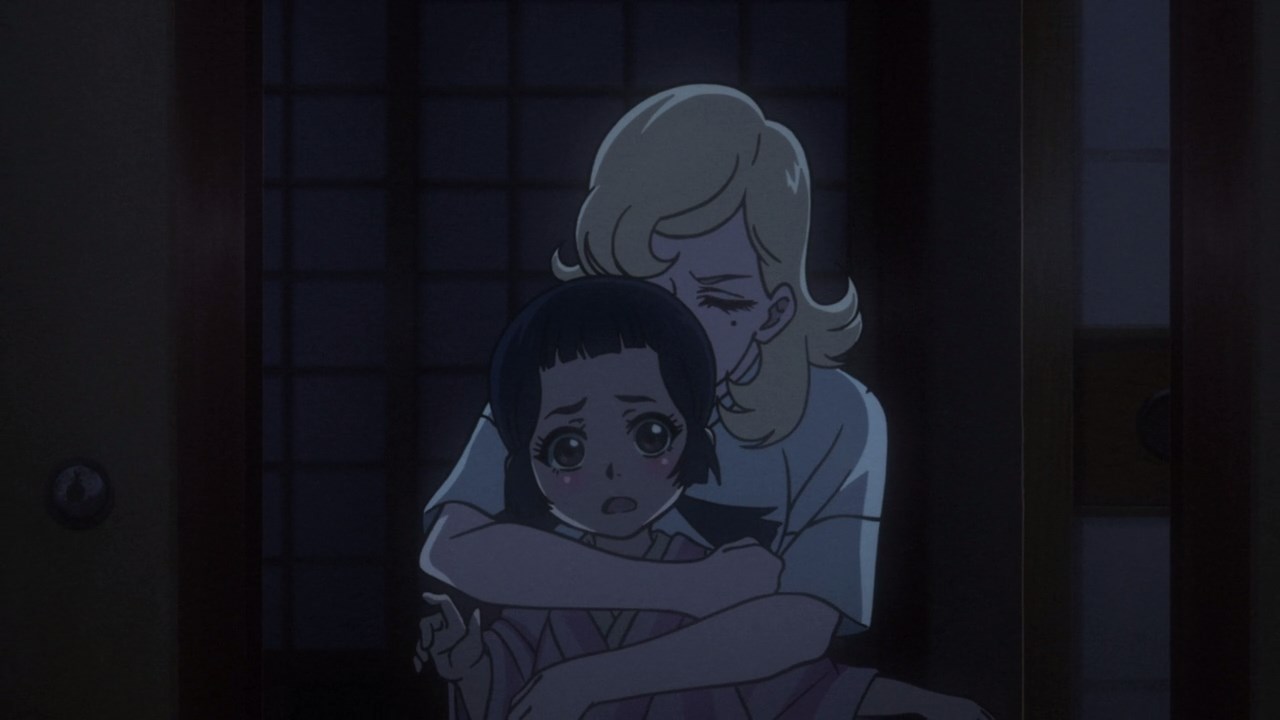 …only to be stopped by Elena Hanakaze where she doesn’t want Asahi getting caught in a crossfire between the Tokugawa Shogunate and the rebels. 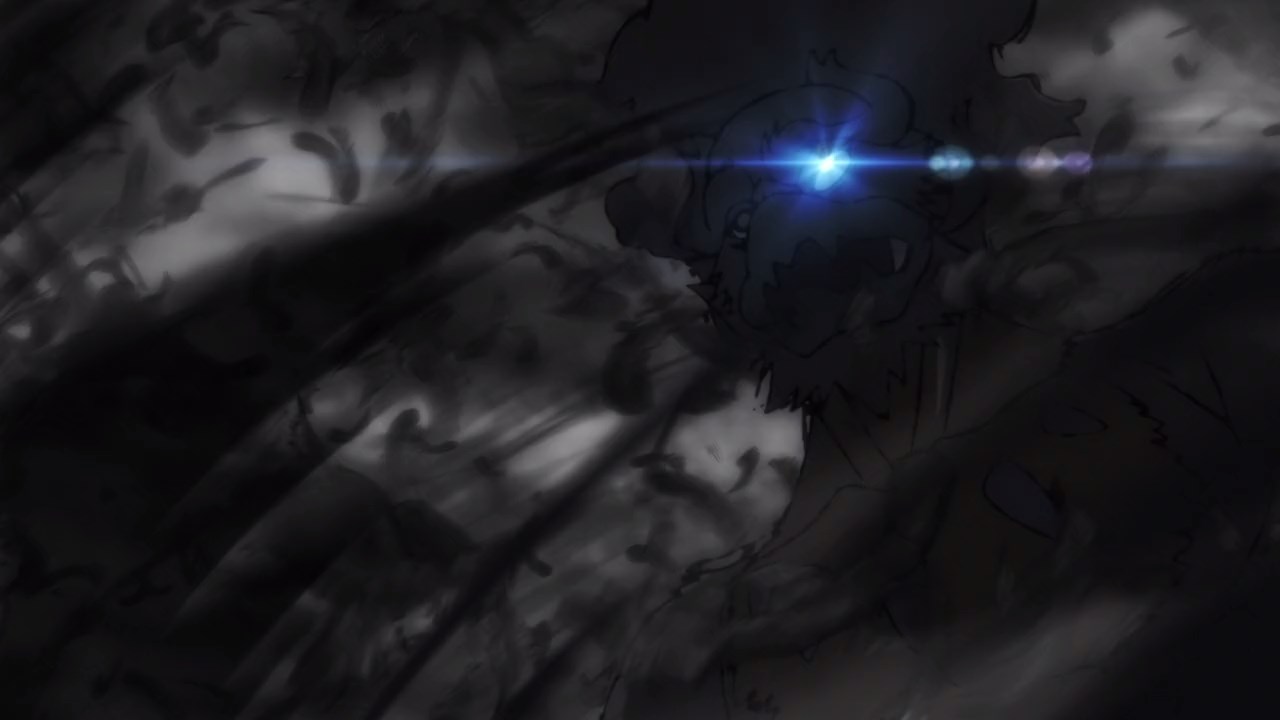 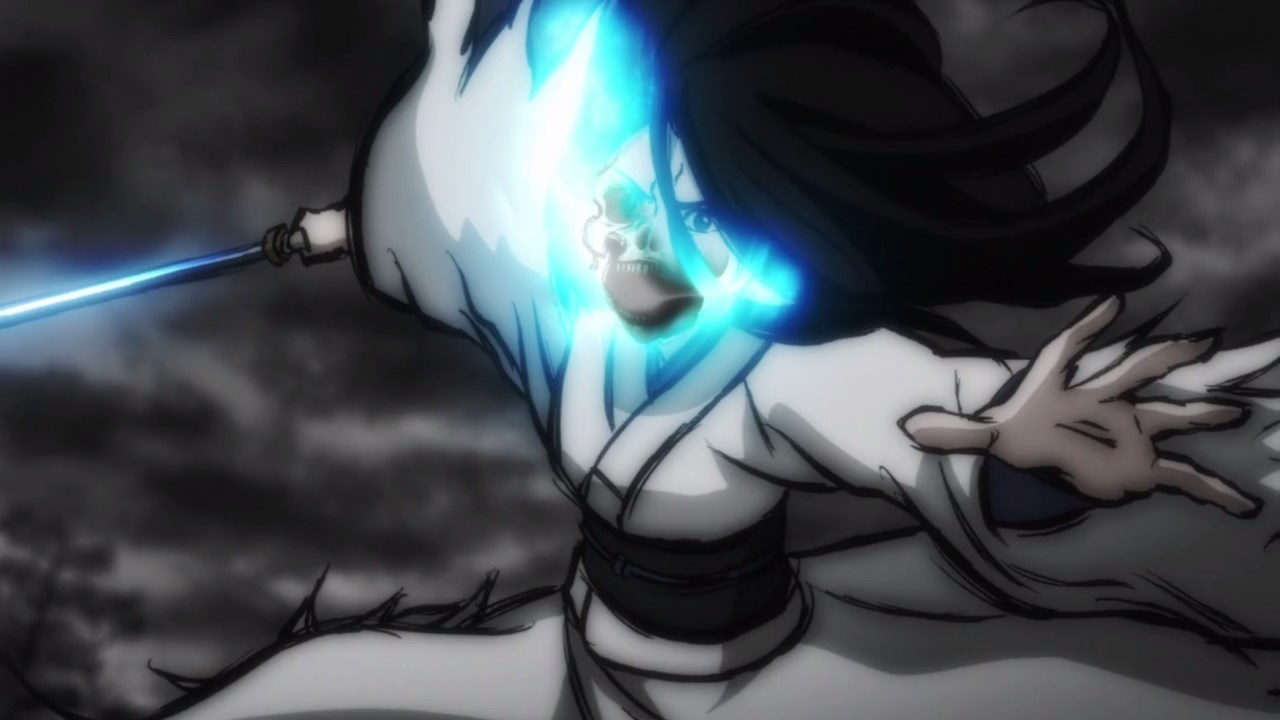 In any case, it’s time for the final battle between Jin Kuzuhara and Sawa Yukimura where the latter is filled with vengeance for losing her entire family at the hands of Kuzuhara. 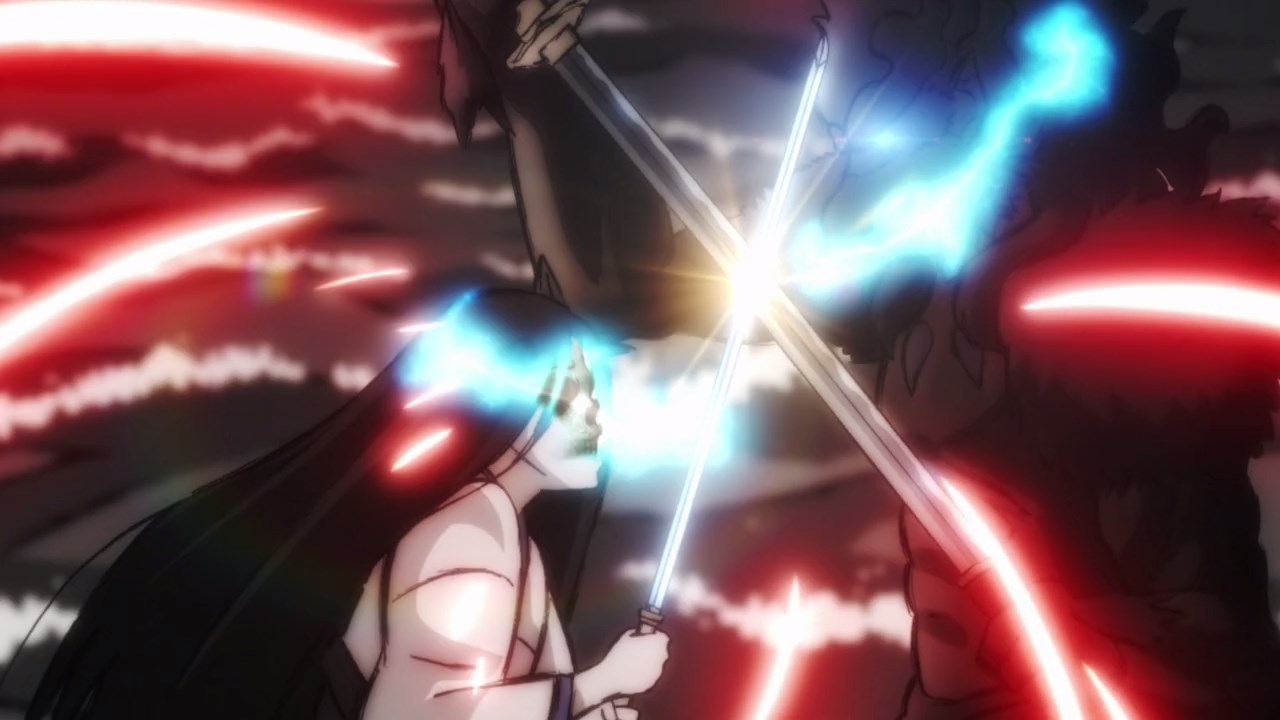 But yes, it’s exciting to see a battle between a master and his student, although Jin uses Janome’s Changeling formula to give an edge over Sawa as she’s a pureblood member of the Karasumori Clan. 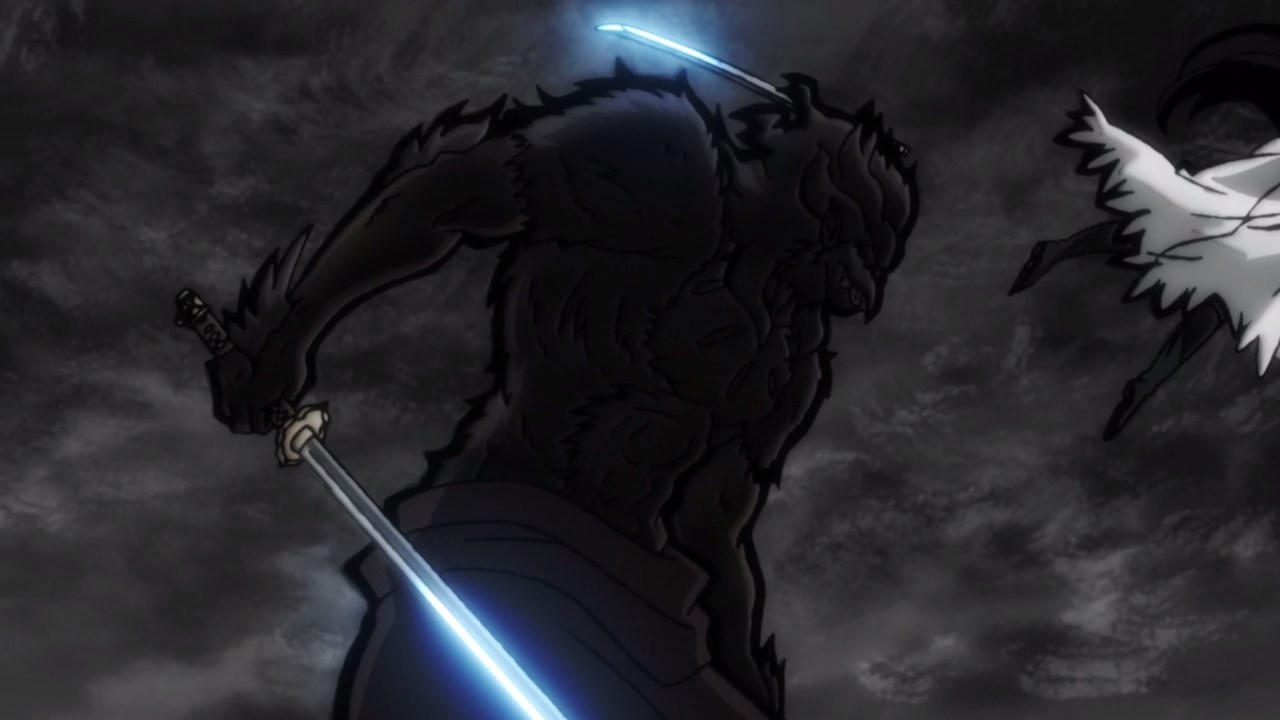 Ultimately, the master proved to be the better fighter as Jin’s experience as a Nue executioner overpowers Sawa Yukimura. Man, I fear that he’ll take Sawa to Yoshinobu-sama. 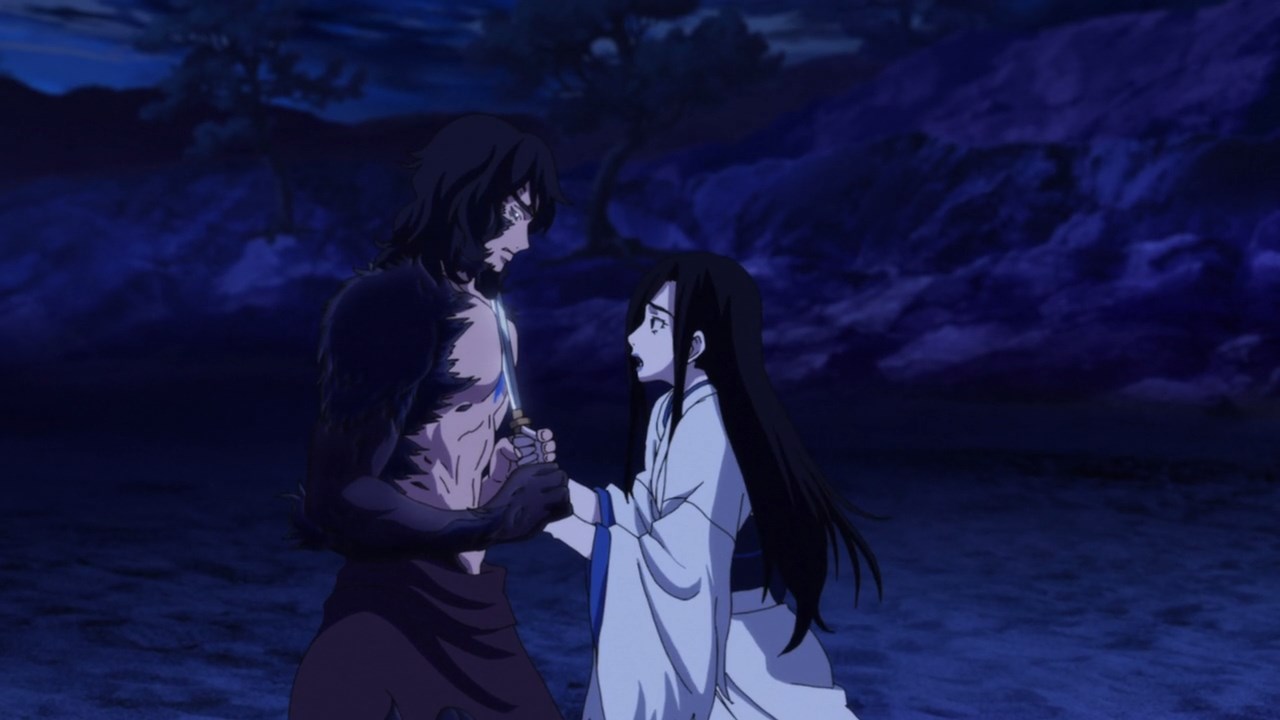 However, Jin Kuzuhara decides to spare his student as he doesn’t want Sawa to carry the heavy burden of carrying her revenge against the Tokugawa Shogunate. Heck, he even has regrets on killing Touwa.

Wait, don’t tell me that Jin will storm the castle on his own? This build-up leading to the climactic finish went down the drain. 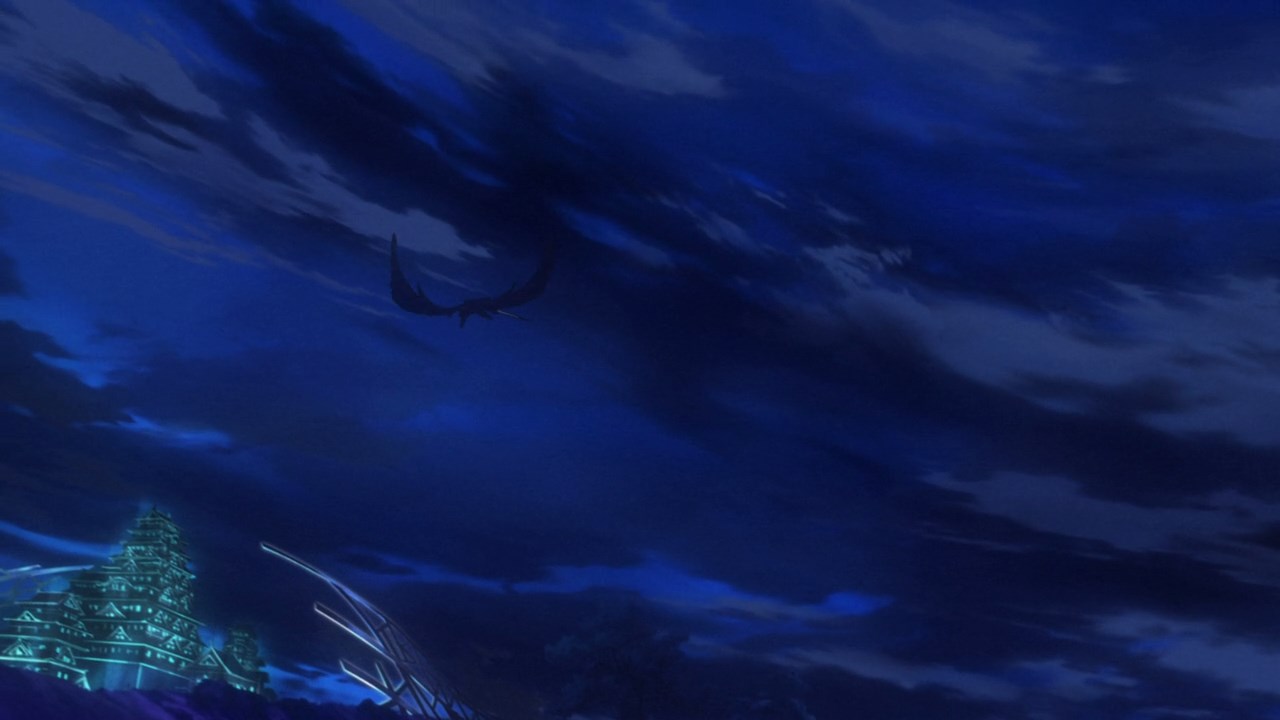 And so, Jin Kuzuhara left Sawa Yukimura alone, hoping that she’ll survive in the new era as Jin will take down the shogun by himself. 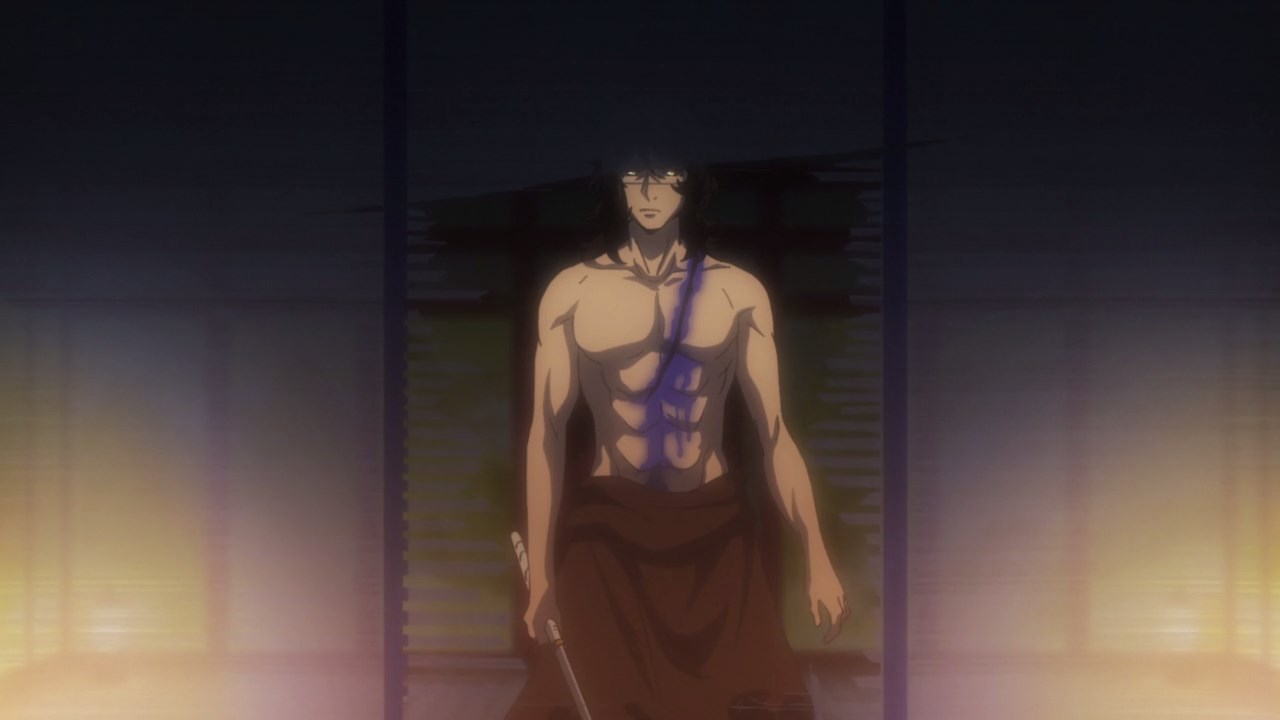 But when he went to the shogun’s bedroom, Kuzuhara learned the horrible truth… 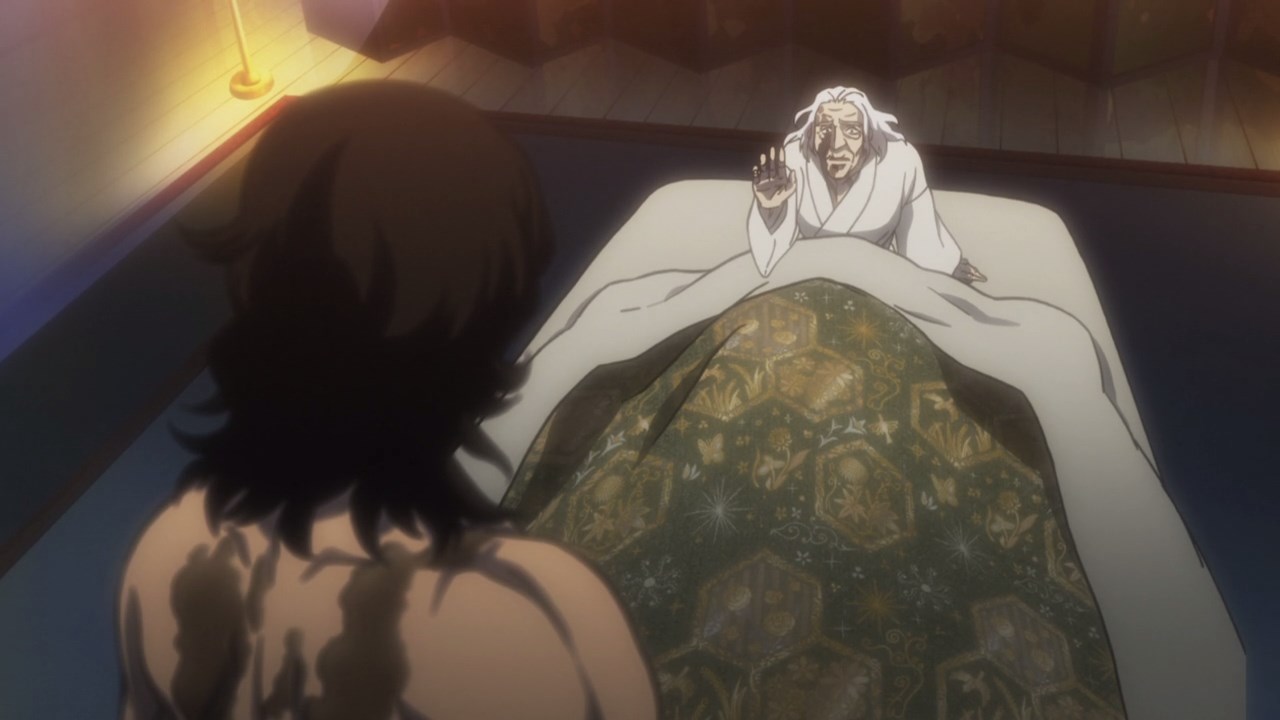 …that Yoshinobu Tokugawa is actually a defenseless old man who beg Jin to let him live.

Honestly, I think the Tokugawa Shogunate has become a farce of a government without the power of Ryumakyu nor the blood of the Karasumori Clan. 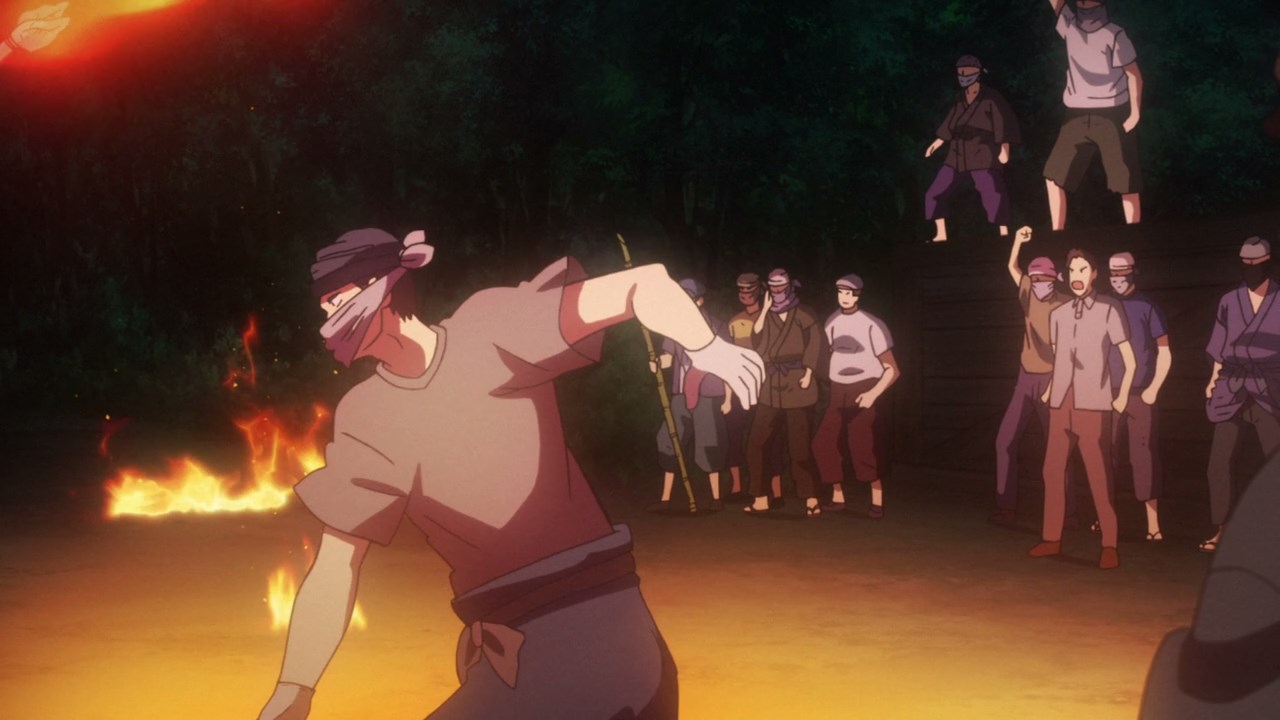 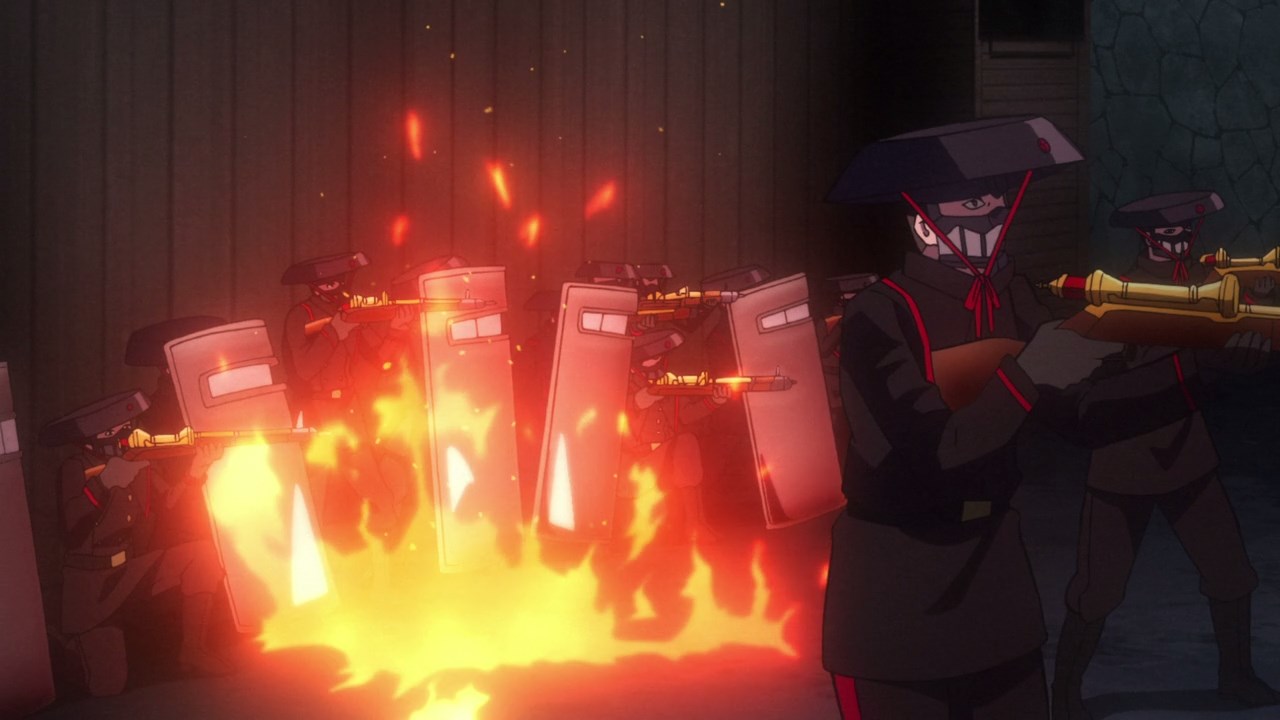 In any case, it seems that it’s about time for the shogunate to end its reign as soldiers couldn’t fight back against a growing number of disgruntled civilians who are tired of the government. 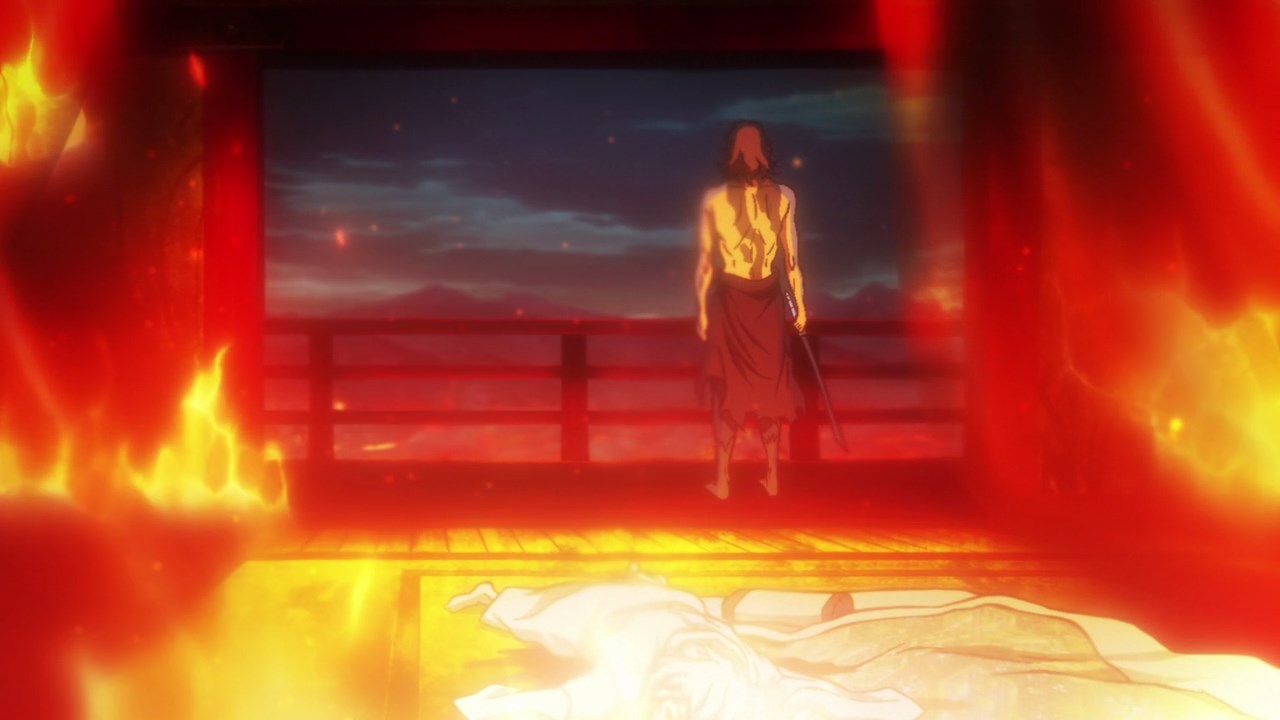 For Jin Kuzuhara, it seems that he finally killed Yoshinobu Tokugawa which ends his tyrannical rule of Japan.

However, Kuzuhara decides to end his life as his body already took its toll upon using Janome’s formula. Looks like his redemption is finally complete. 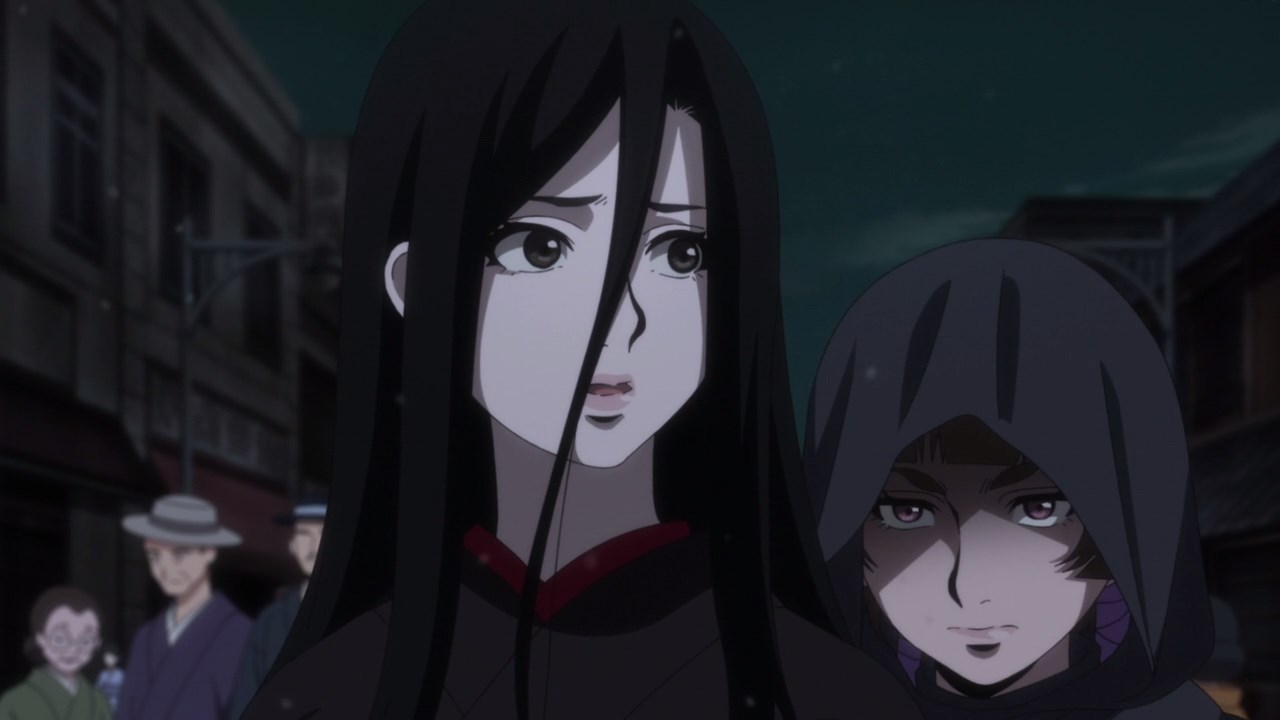 Unfortunately, things turn for the worse when Sawa Yukimura saw Rinko where she possibly stabbed Sawa in the back.

I don’t know if she’s still following Yoshinobu-sama’s orders given that the shogun is already dead, or she has a deep grudge towards the former Nue executioner, but Rinko shouldn’t kill Sawa like that. 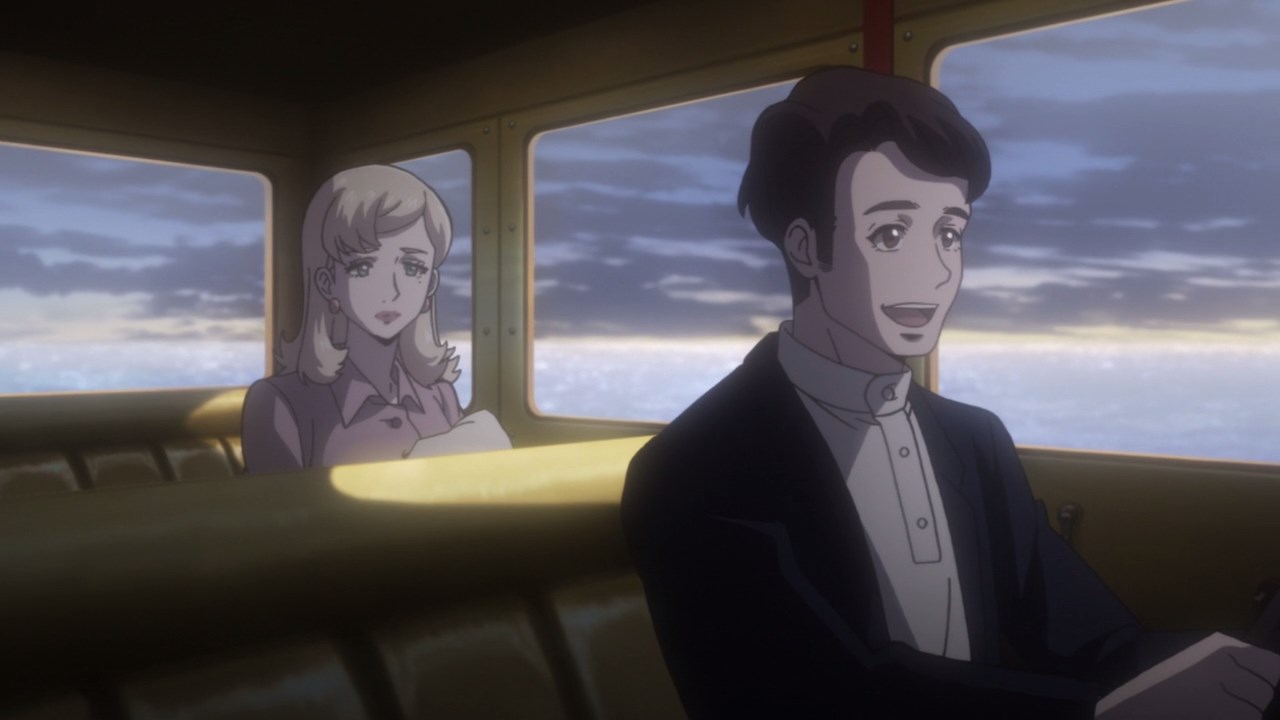 Meanwhile, here’s Elena Hanakaze where she’s fleeing with her family. Not only she has her baby, but Elena’s husband is alive surprisingly enough.

Oh yeah, it appears that Elena’s husband wants to name their daughter as Sawa Ichinose since it has a nice ring to it, but I doubt that Elena would name her daughter based on Sawa Yukimura. 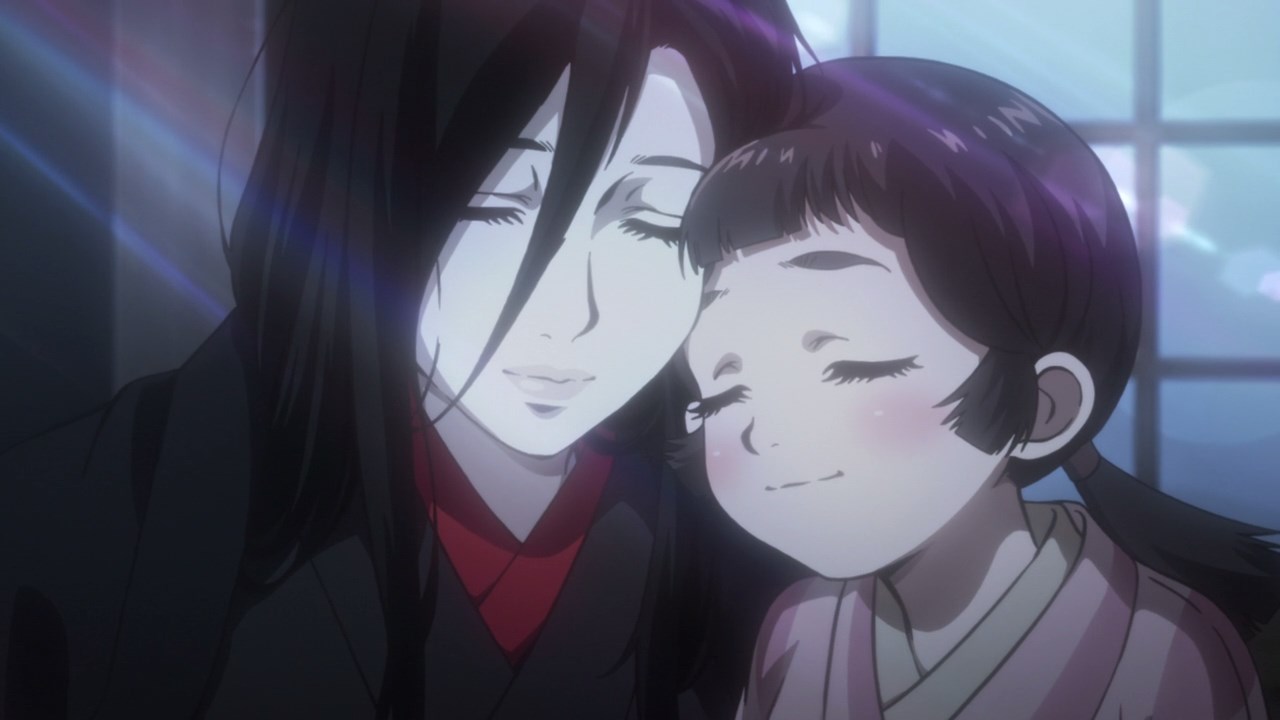 But speaking of Sawa Yukimura, it looks like she finally returned home where Sawa spends her time with Asahi Nakamura. 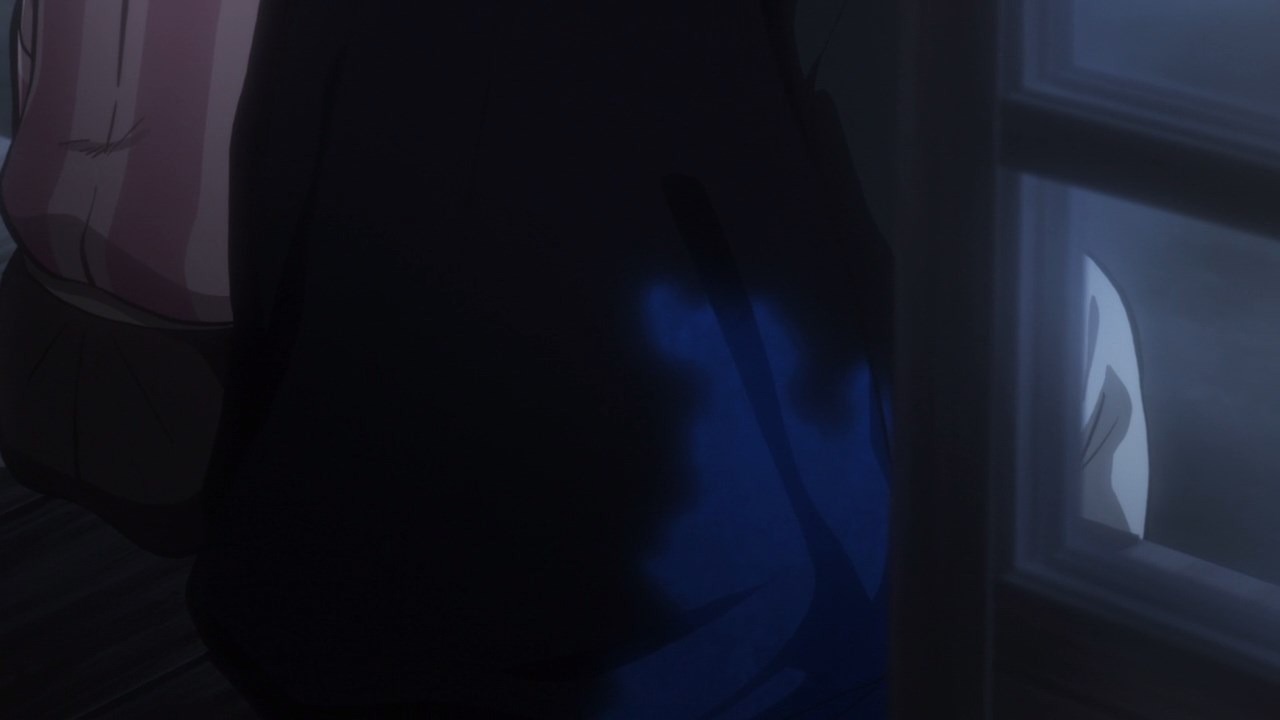 Sadly, she’s bleeding profusely that it won’t be a matter of time before Sawa Yukimura succumb to her wounds. What a tragic way to end Joran: The Princess of Snow and Blood.

All I could say that despite having a good story premise, nice visuals, and memorable characters, I feel that the conclusion of this show is lackluster. I really wish that Sawa Yukimura would take out the Tokugawa Shogunate by herself since her Karasumori blood is the main cause of conflict, but Jin Kuzuhara decides to sacrifice his life for Sawa’s future which turned out to be meaningless in the end since Rinko killed Sawa Yukimura out of spite.

Of course, the only thing that concerns me is Asahi Nakamura where I’m perplexed that she’s alive instead of remaining dead after Makoto Tsukishiro slash her back in Episode 7. While I’ll never know how Asahi was revived, it’s unfortunate that she was left alone now that Sawa Yukimura is dead. 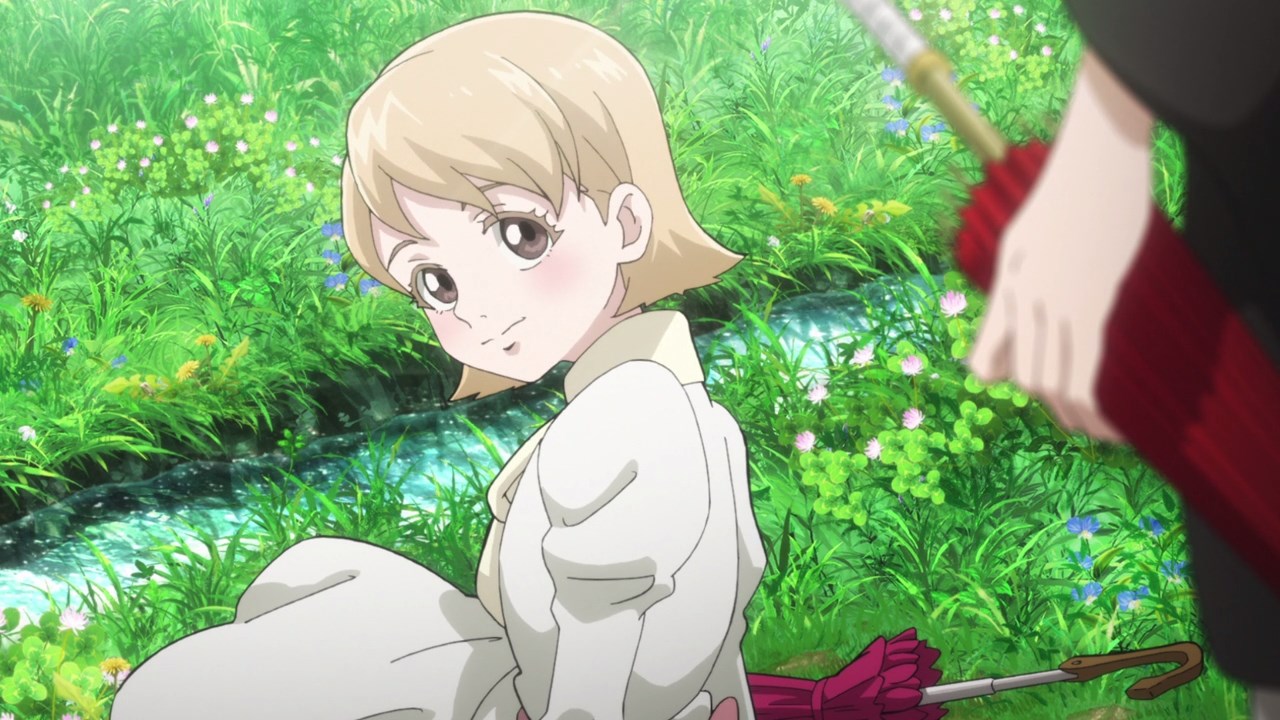 But now, let’s move onto the post-credit sequence where Elena Hanakaze’s daughter, now named Satsuki, met a woman who’ll become her guardian for the rest of her life. 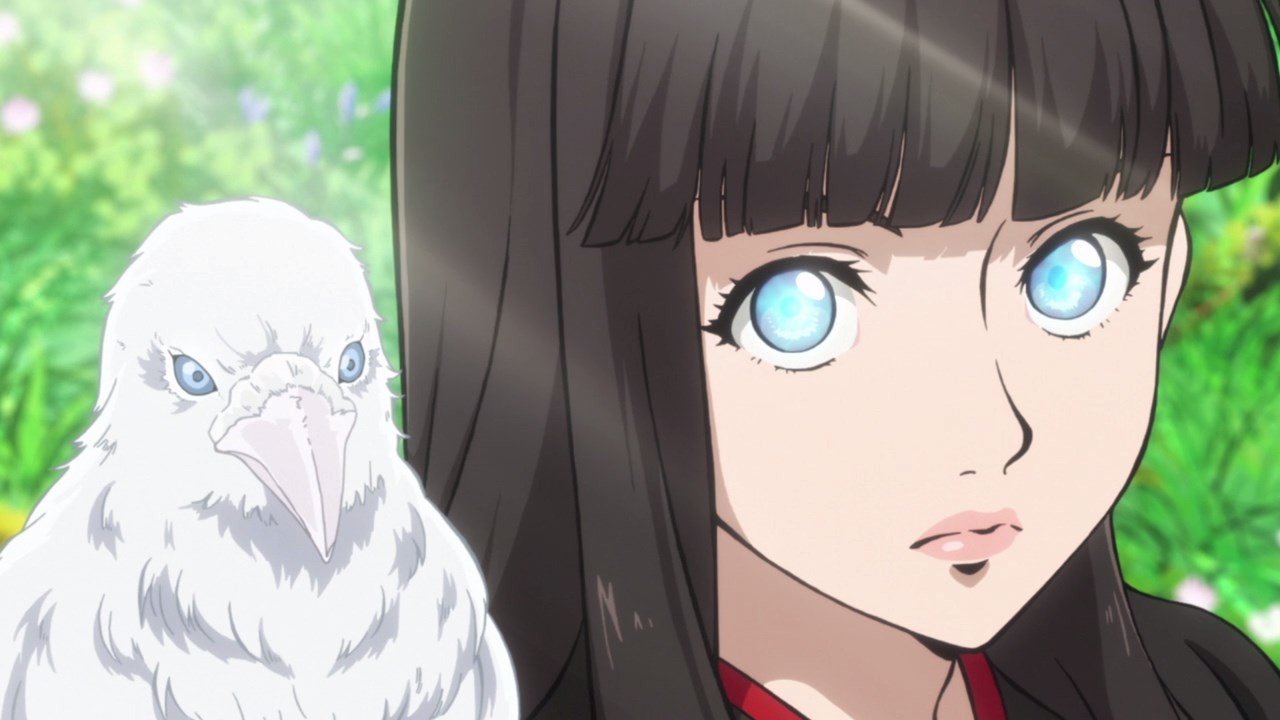 Said woman happened to be Asahi Nakamura where she not only become an executioner, but she now has the blood of the Karasumori Clan flowing inside her body.

How did she acquired Sawa’s elusive blue blood will remain unknown, but history repeats itself. Not gonna expect a sequel to this anime series, but there will be a stage play since Bushiroad wants to make one.