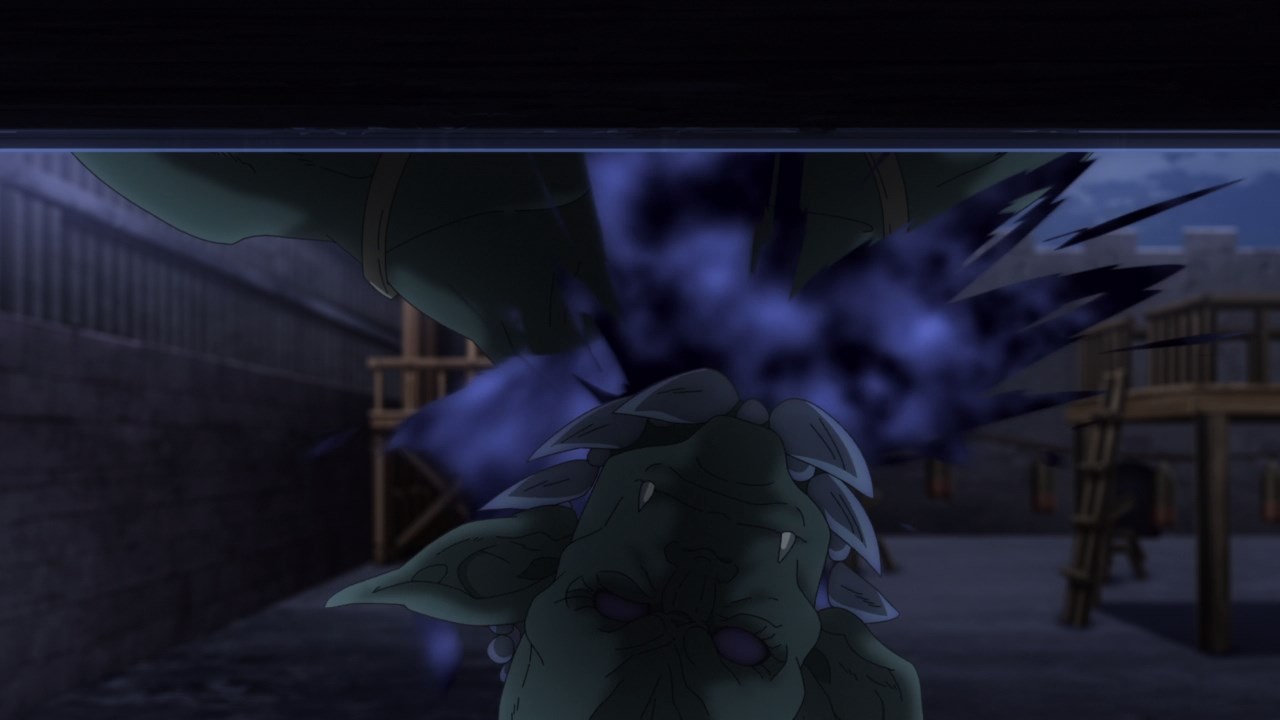 Oh look, it appears that this goblin got its head cut off, meaning that Hiro is saved from being killed. Of course, the question is who saved Hiro? 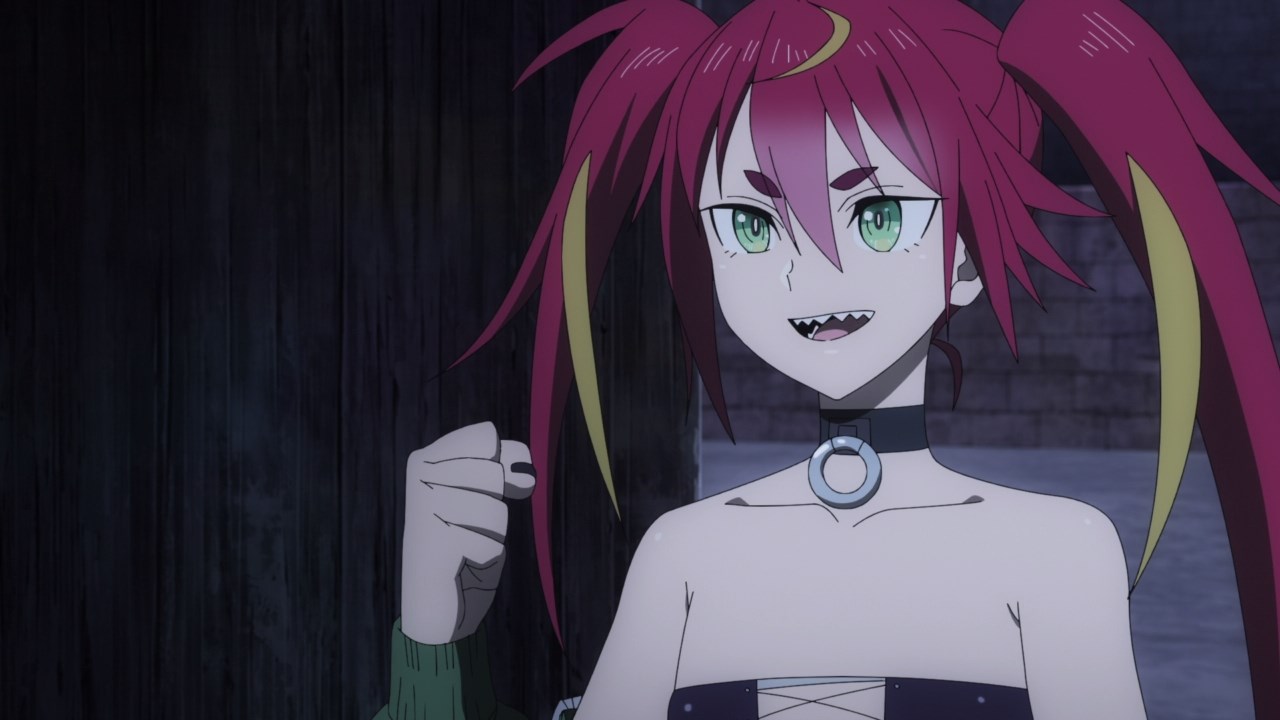 Well, it’s none other than Mizarisa in which the inquisitor used her senses to detect Hiro and kill the stray goblin.

Good thing her nose is very useful since Hiro went to the bathroom alone, but that scared the shit of out him because let’s not forget that Mizarisa is a sadist. 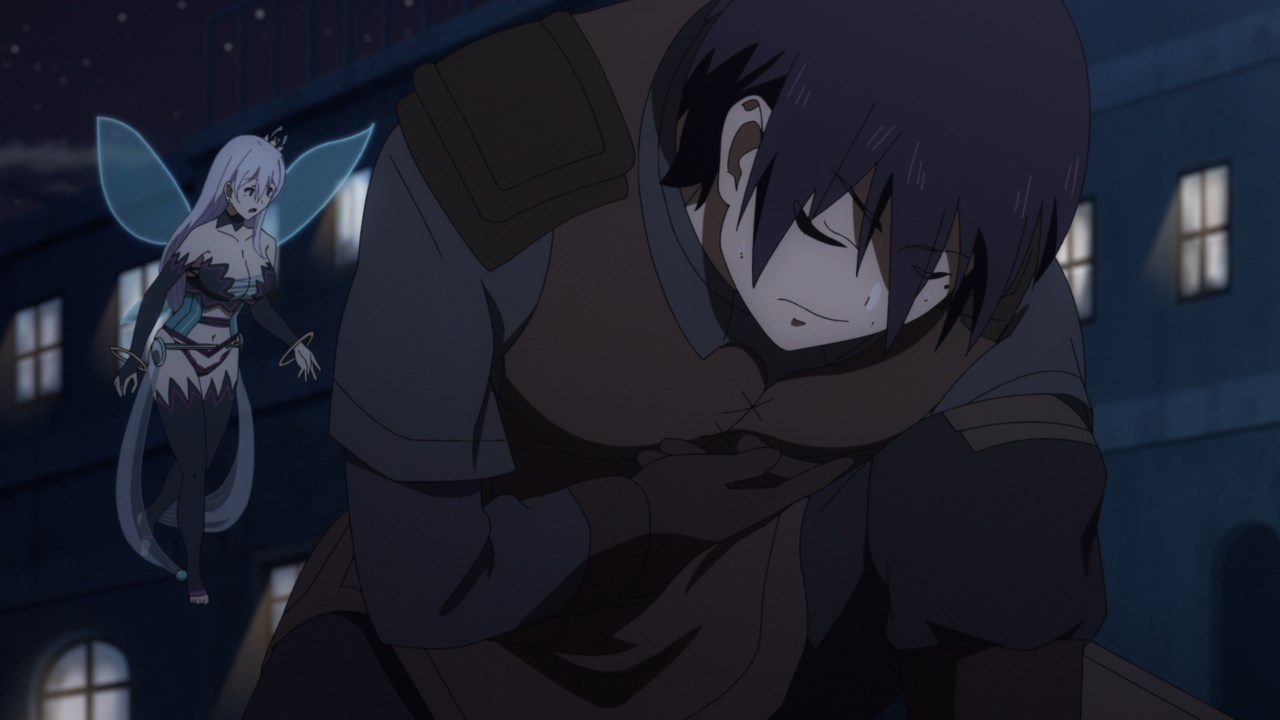 Meanwhile, let’s return to Hiro where after taking care of his bladder problems, it appears that he got a stomachache again.

Man, I guess his nervousness and his trauma are acting up on this game that Reona is really worried about Hiro. 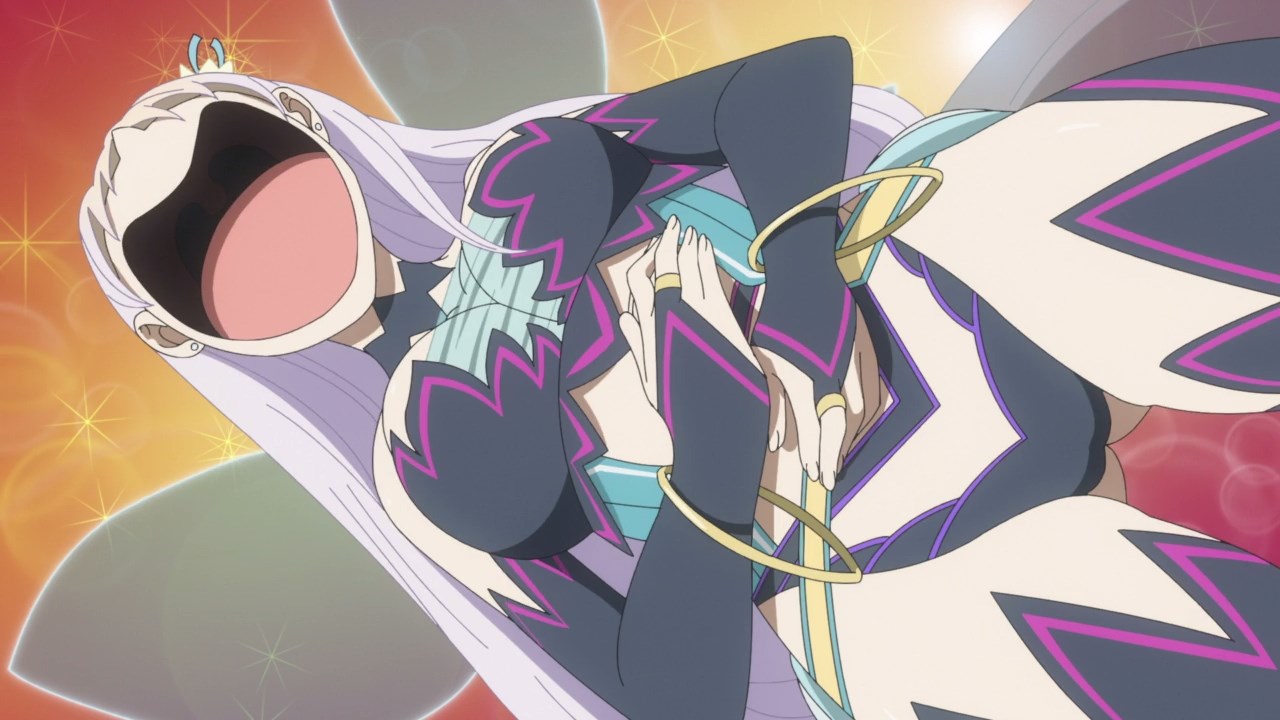 Then again, I don’t expect sympathy from this fairy as Reona just straight-up mock Hiro when he told about his traumatic past. Geez Reona, you shouldn’t laugh at his misery like that!

By the way, it appears that Hiro got a new title called “Evacuation Best Friend Killer: Bowel-Emptying Amicide”. Of course, I don’t care about his new titles anymore ’cause it’s getting more ridiculous. 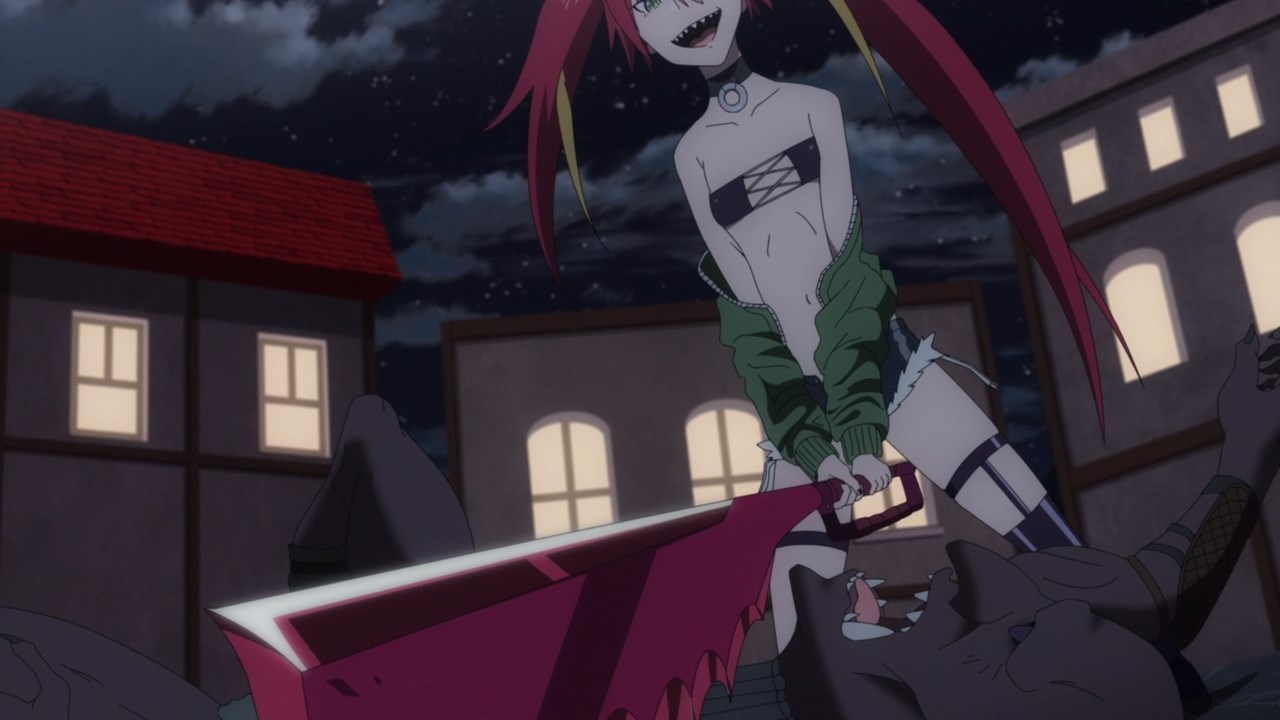 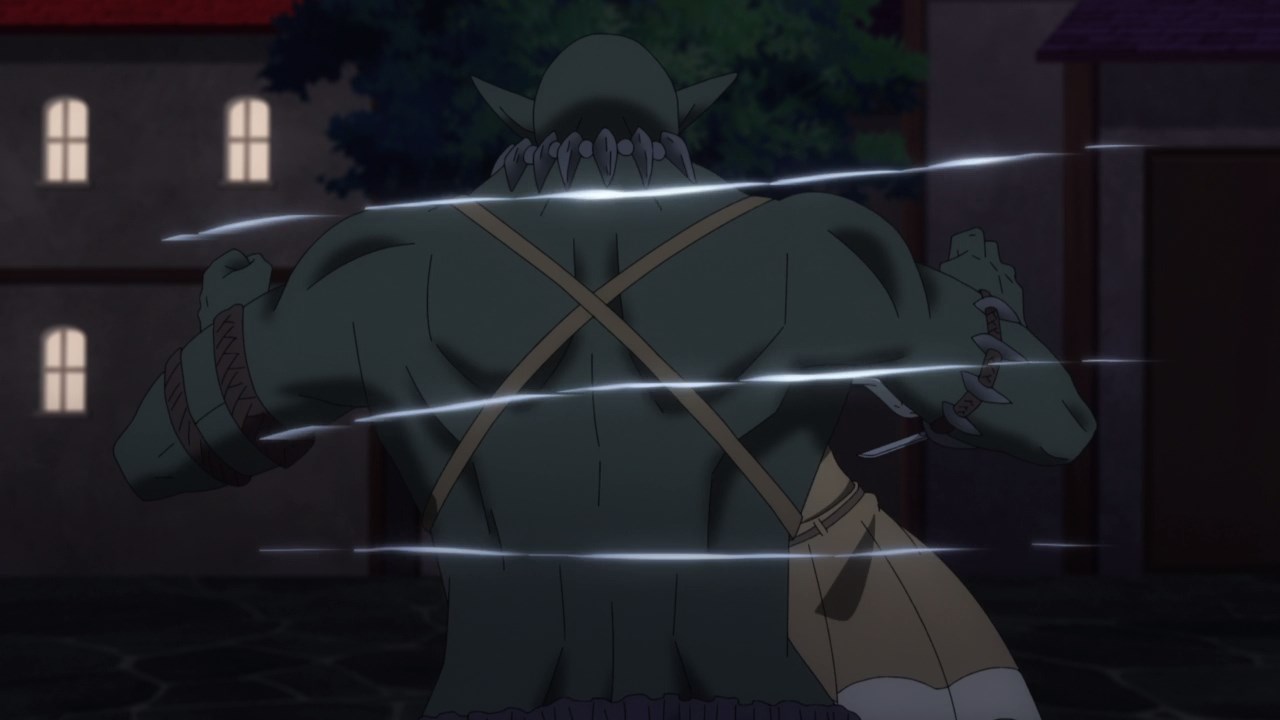 Now then, the goblins have arrived to terrorize everyone within the City of Ted. Of course, the City Guards managed to push the goblins away, especially when you have Mizarisa and Alicia around.

By the way, remember Amos and Palú? Turns out that they flee when the goblins arrived. Not like I care about them but that reminds me of Granada, how’s that big bully doing when the City of Ted is being ravaged by goblins? Nah, I think he’s doing fine! 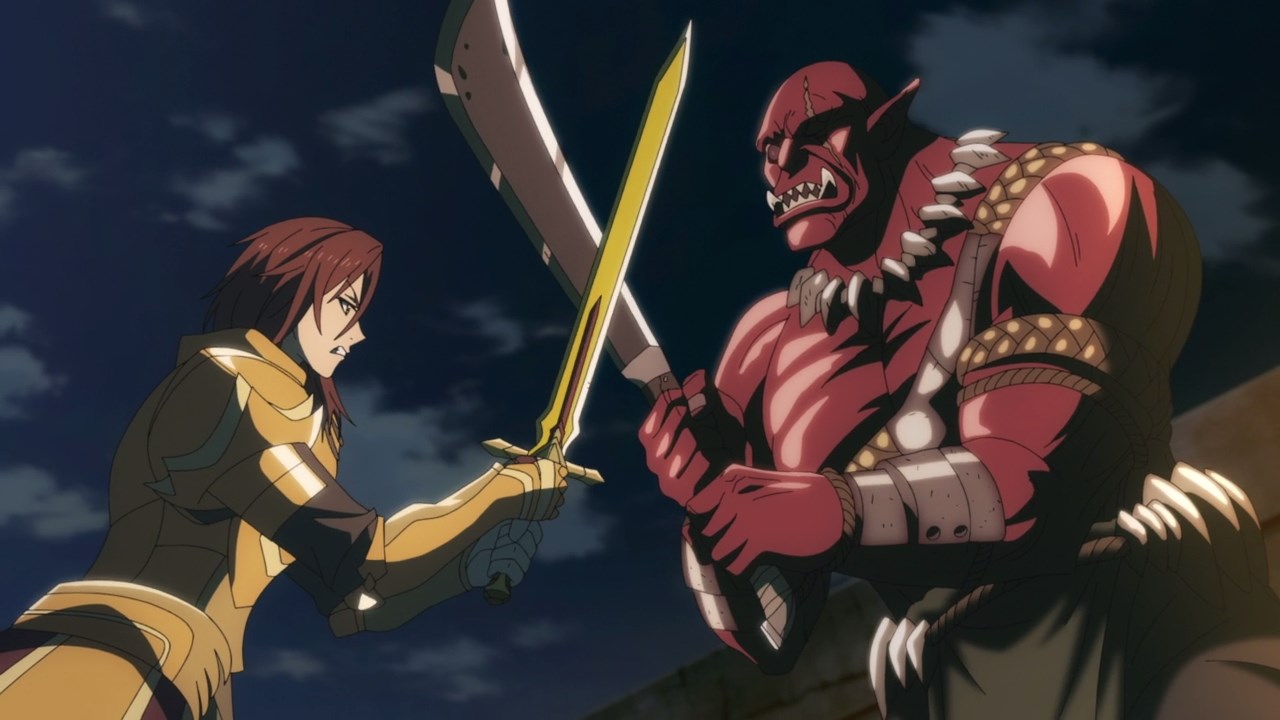 Meanwhile, here’s Captain Tesla where he’s currently fighting the boss goblin called “One-Eye”. And here’s the thing though as Tesla encountered this red goblin before where he managed to cut one of its eyes, hence the nickname. 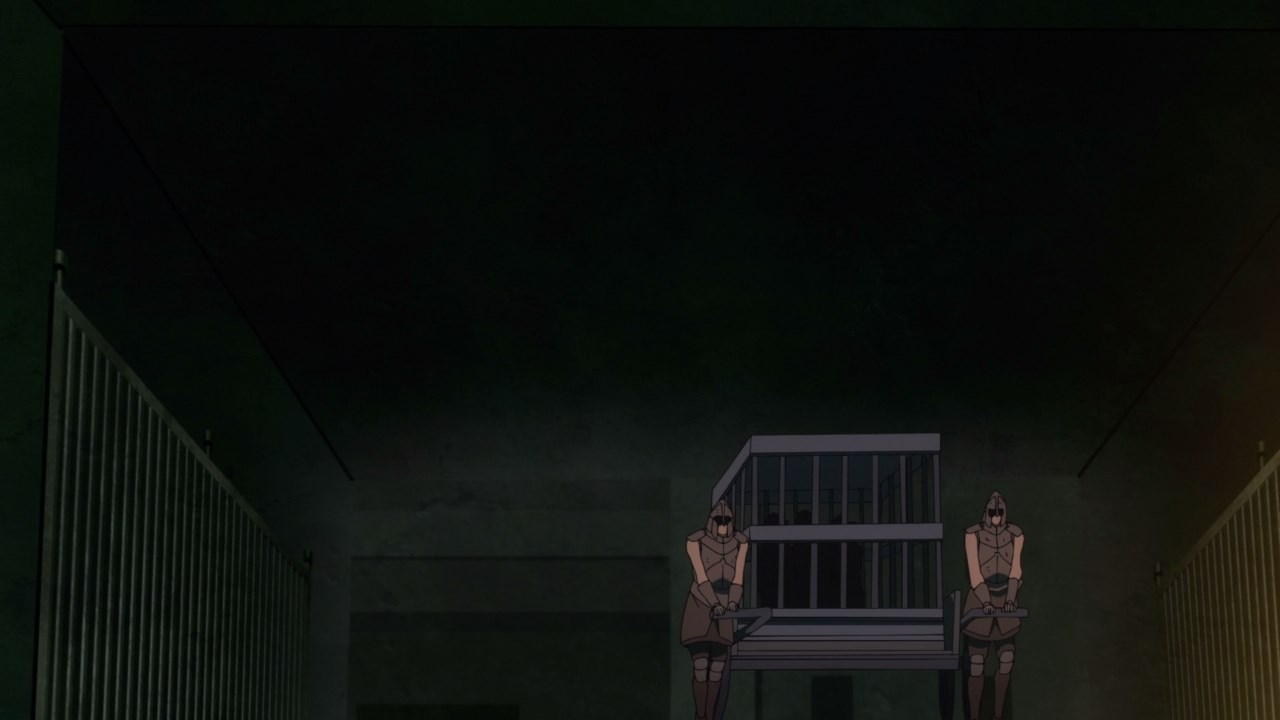 On the other hand, looks like the City Guards are taking out the cage. Are they planning to capture the red goblin?

However, it turns out that the cage has a trio of goblins inside, although it seems that they’re somewhat docile given that they’re locked-up inside a dungeon for a long time.

Wait a minute, I have a bad feeling about this as the City of Ted is not some typical starter town in Kiwame Quest. 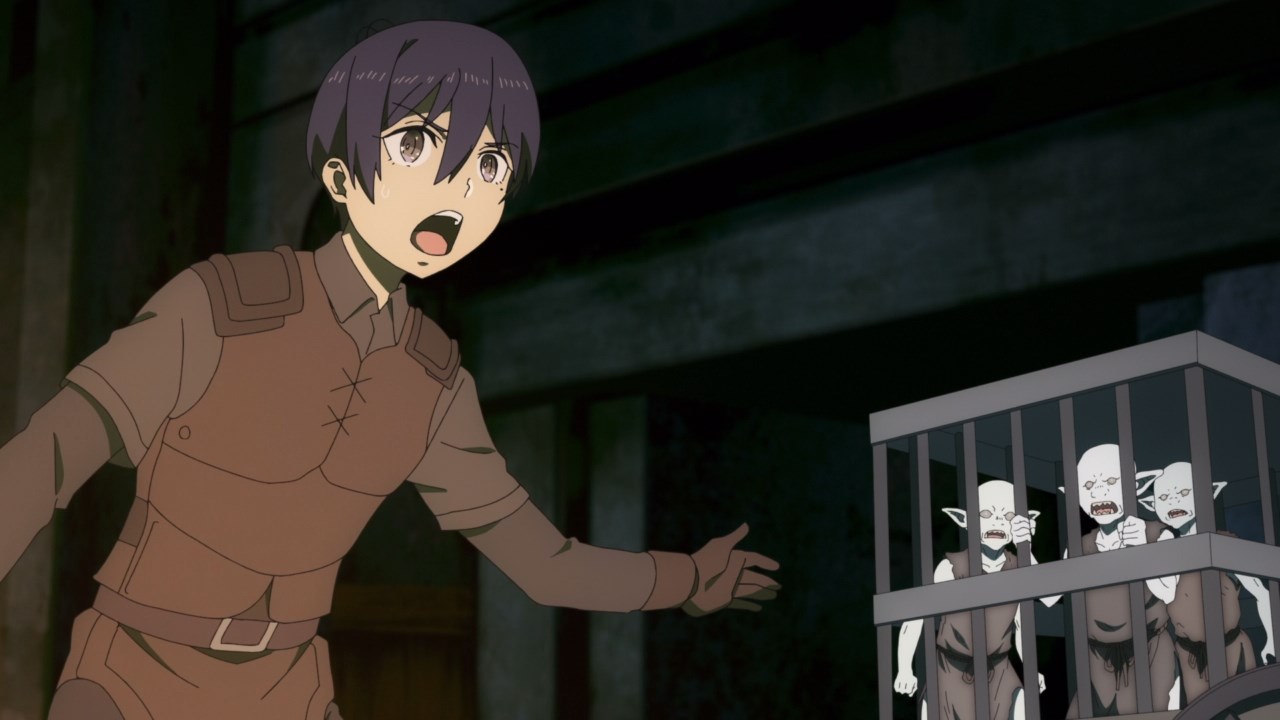 But that hit Hiro really hard as he asked Captain Tesla on why the City Guards captured goblins which he hears their cries sometimes.

Oh I bet that Hiroshi Yuuki learned something from the Auberdine Walkthrough in which Kamui briefly explained about Ted’s secret. 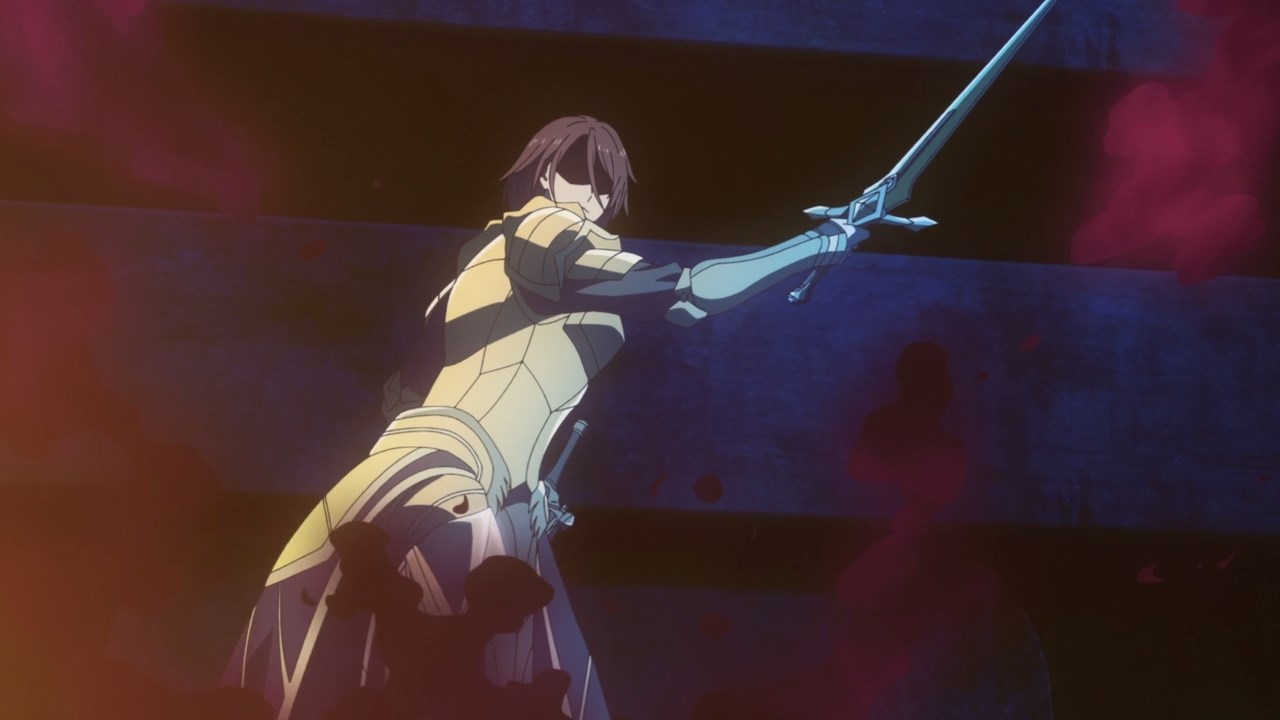 Unfortunately, Captain Tesla didn’t hear Hiro’s words as he proceeds to kill One-Eye. Things are getting worse from hereon out! 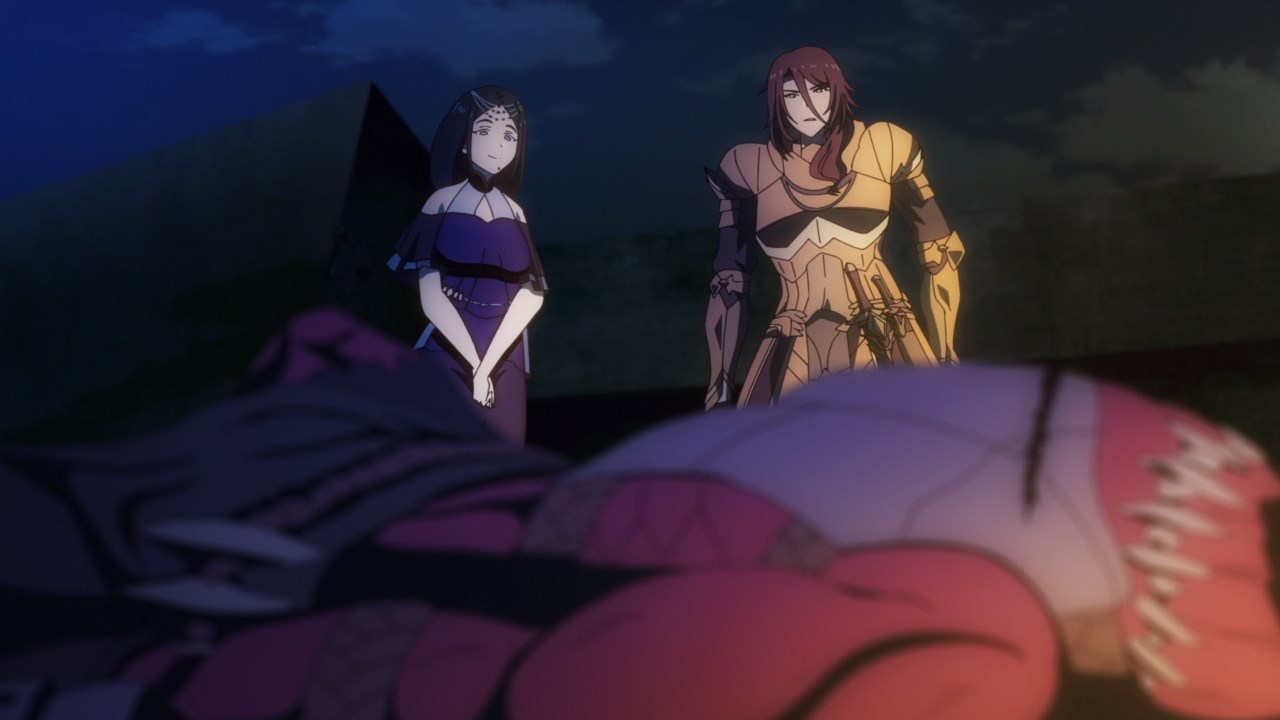 Oh yeah, here’s Queen Govern where she look at One-Eye’s corpse, although Captain Tesla really want to capture One-Eye ’cause it turns out that they capture goblins in order to scare the population away should they attempt to leave the city.

Oh my goodness, it appears that Queen Govern and Captain Tesla are actually the bad guys all along that even the likes of Mizarisa and Alicia couldn’t believe it 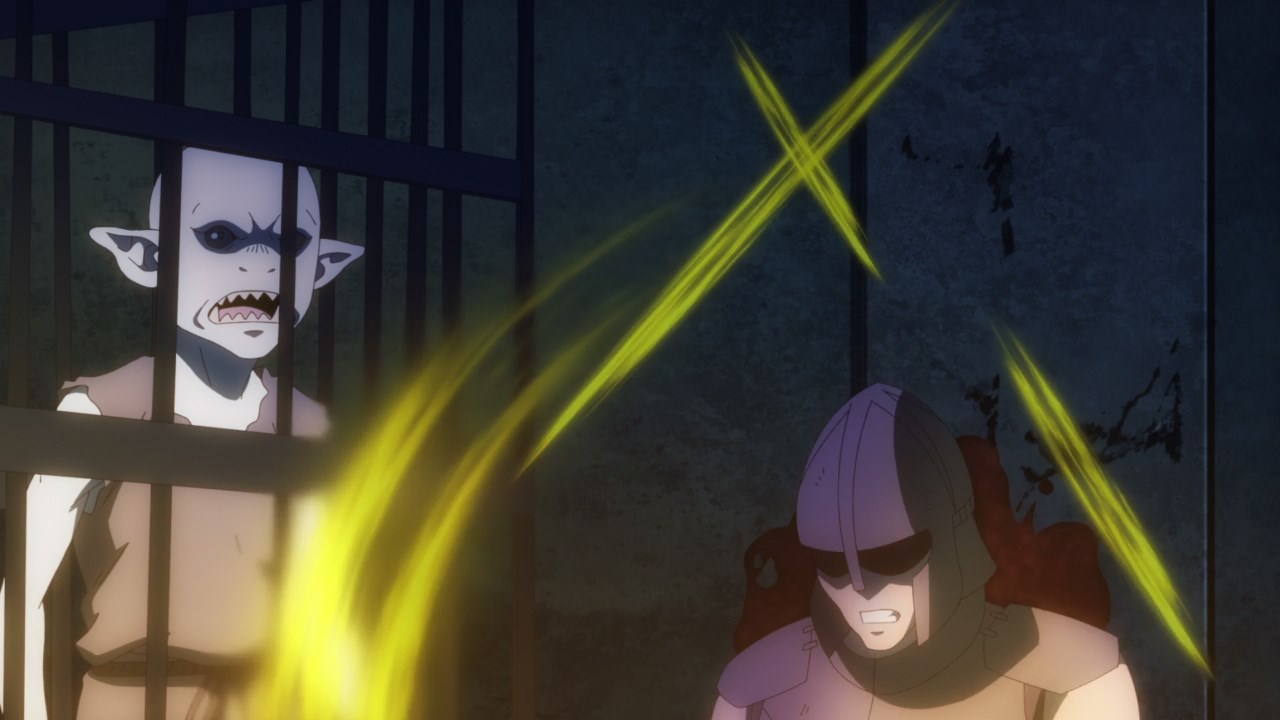 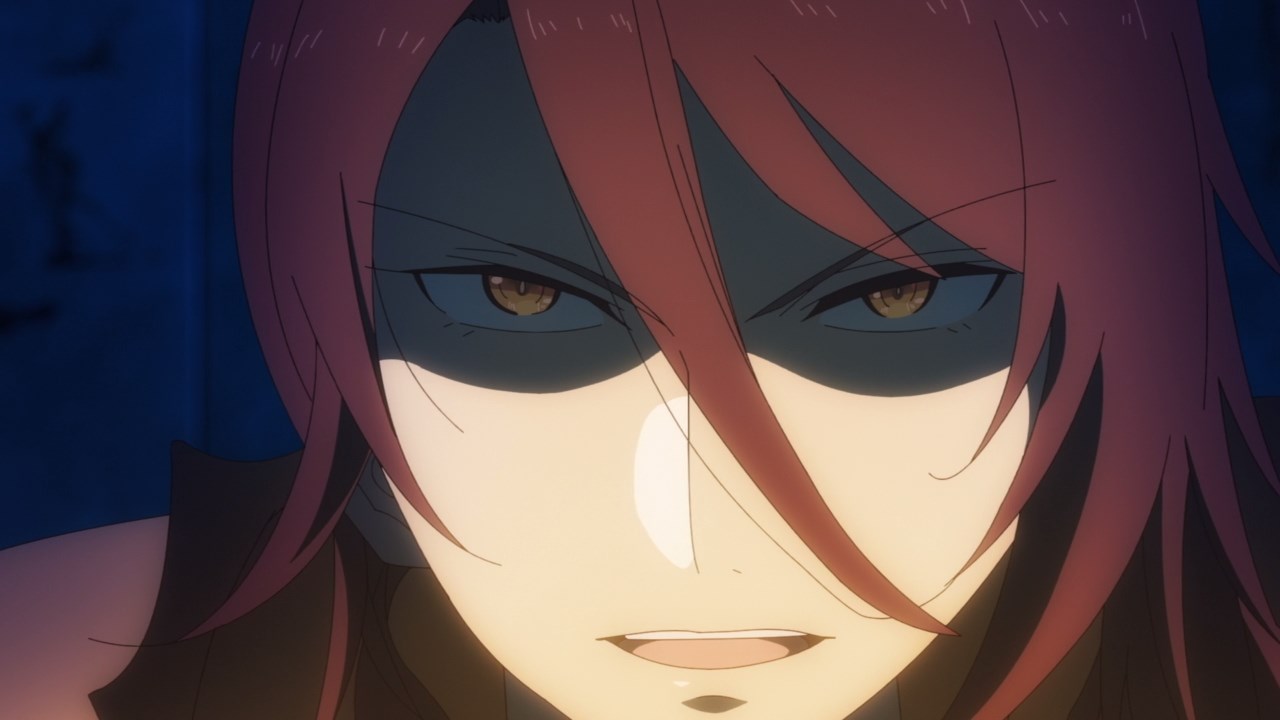 Of course, they don’t want anyone knows Queen Govern’s secret as Captain Tesla will simply kill anyone who sees the truth. God, I can’t believe that Tesla is the final boss rather than the red goblin! 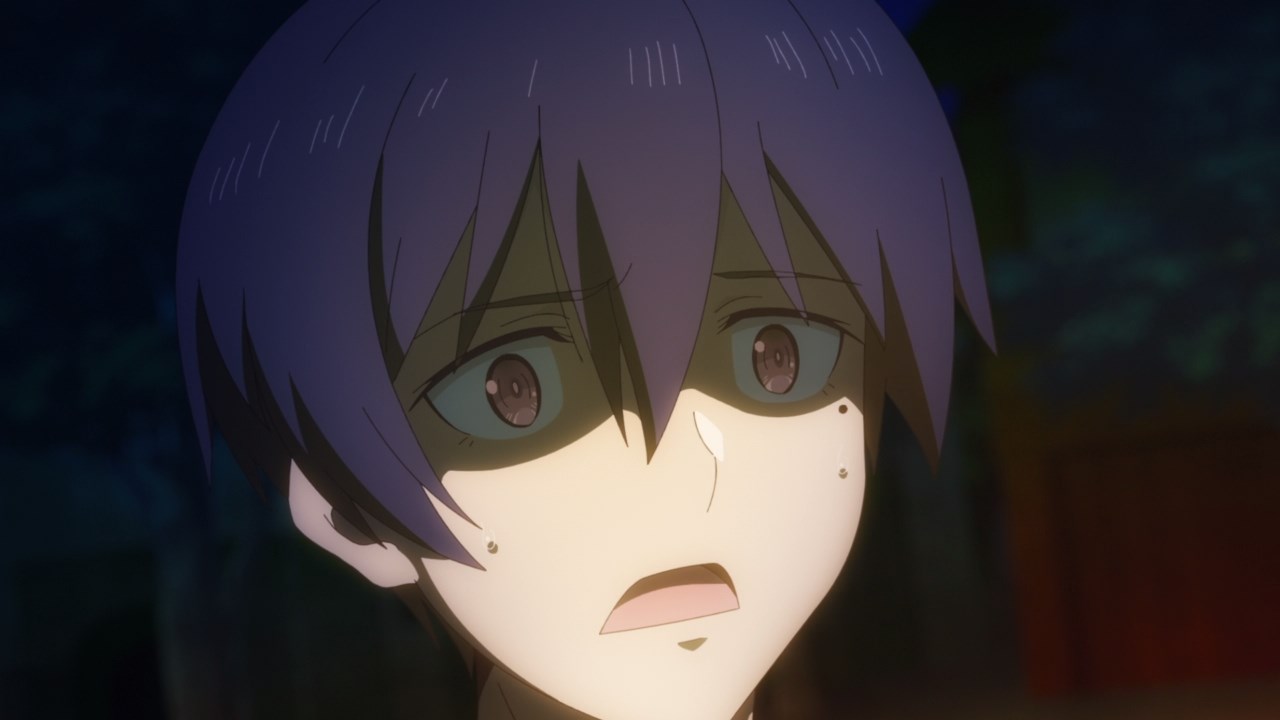 Well everyone, it seems that Hiro is about to get fucked-up soon on the last episode… unless he managed to turn things around but I really doubt it.