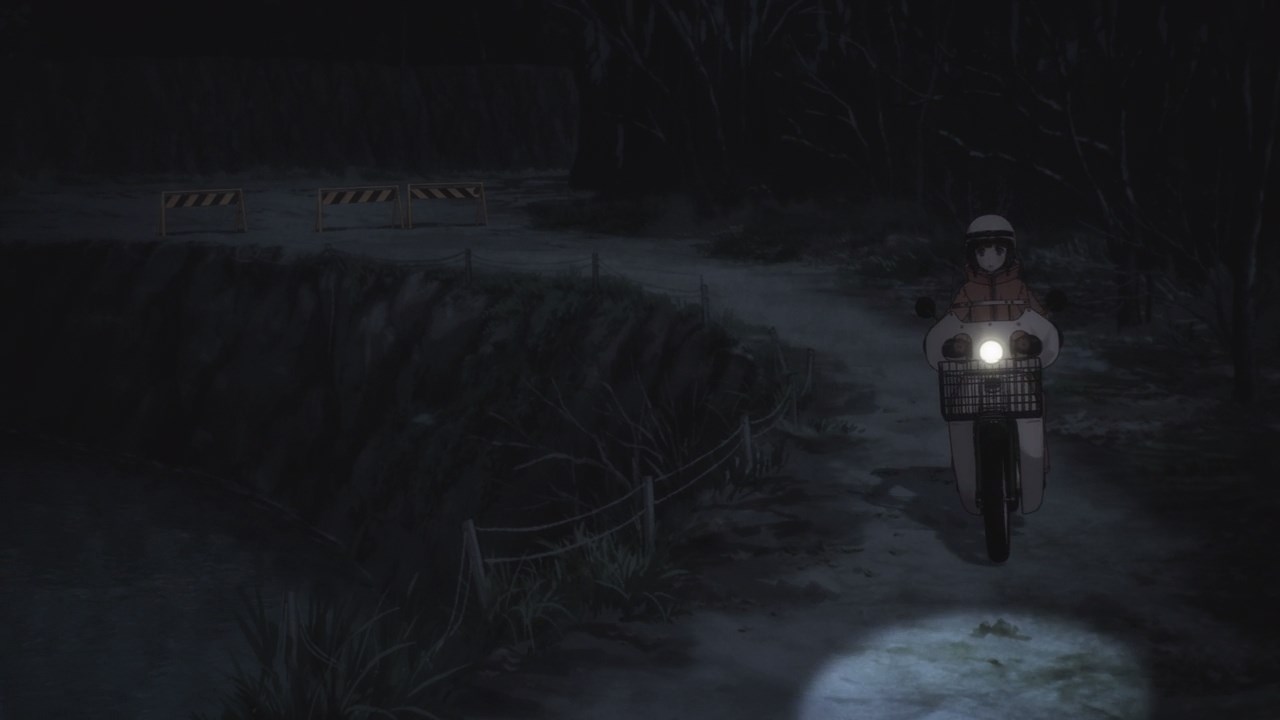 Well everyone, here’s the penultimate episode as Koguma went to the cat trail in order to rescue Shii Eniwa.

Of course, going to the cat trail is very dangerous where the road is slippery, meaning that Koguma needs to be careful when riding her motorcycle. 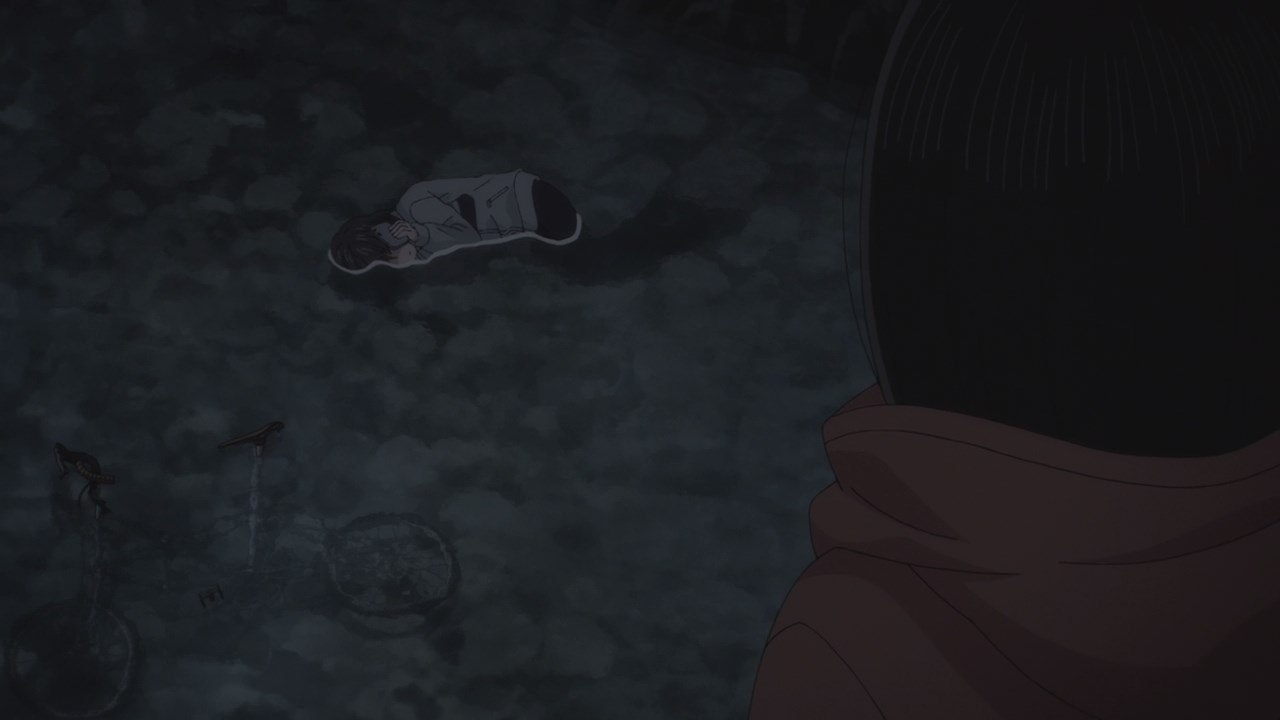 In any case, Koguma found Shii Eniwa where she cannot move due to frigid-cold water. Also, her Moulton bike is broken, meaning that Shii-chan can’t ride back home. 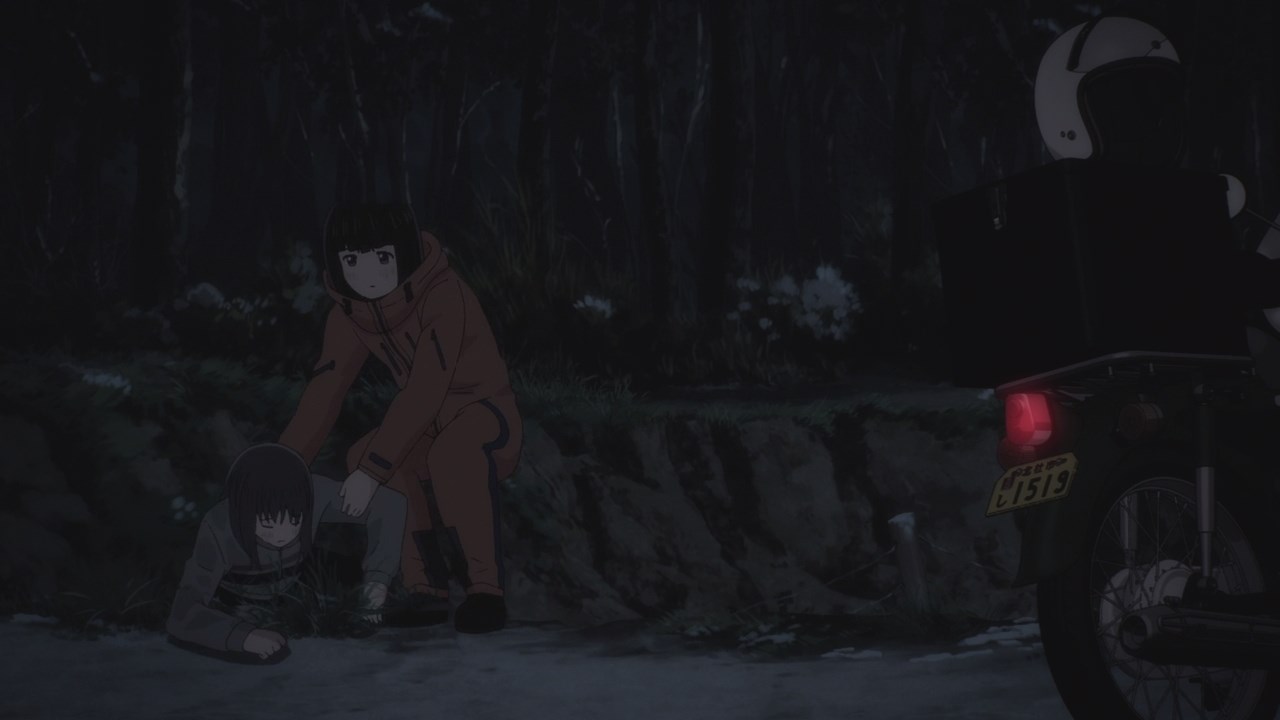 For now, it’s time for Koguma to take Shii-chan up to safety. Unfortunately, there’s no space for Koguma’s Super Cub to take another passenger. 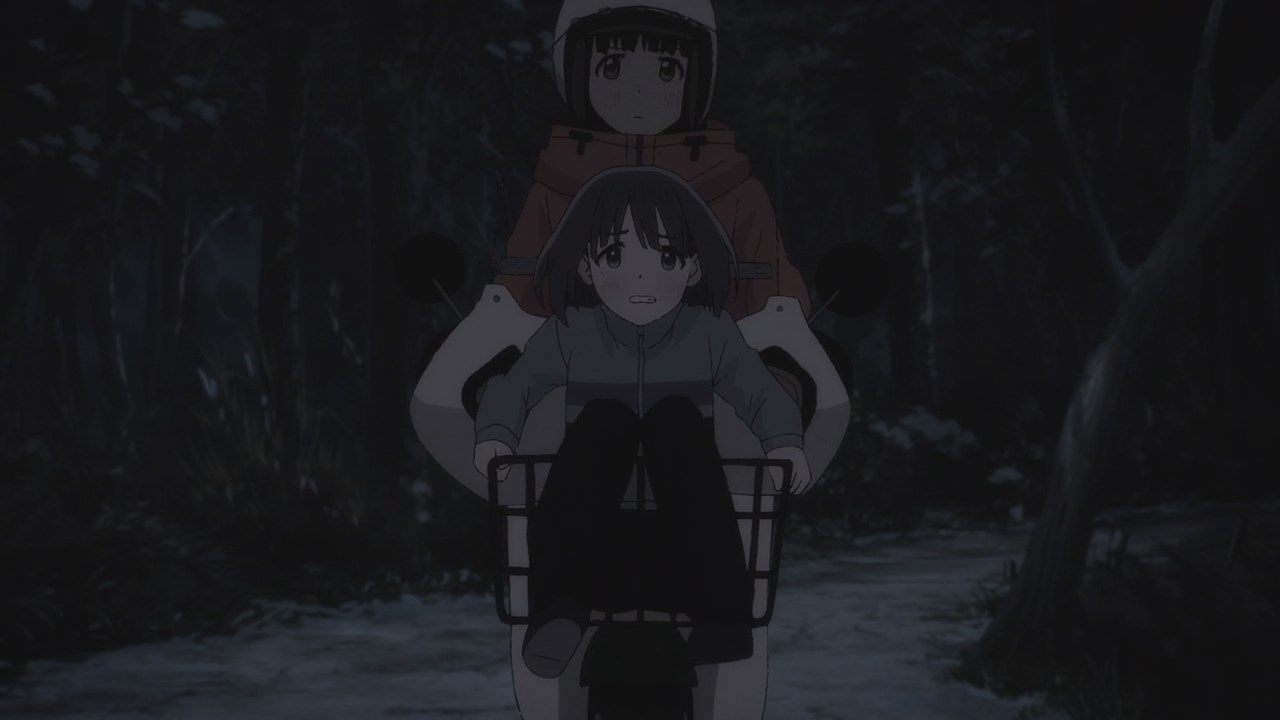 Well, that’s until Koguma put Shii-chan in the front basket. Yes, it’s dangerous, but Koguma has no choice but to take Shii-chan to her apartment. 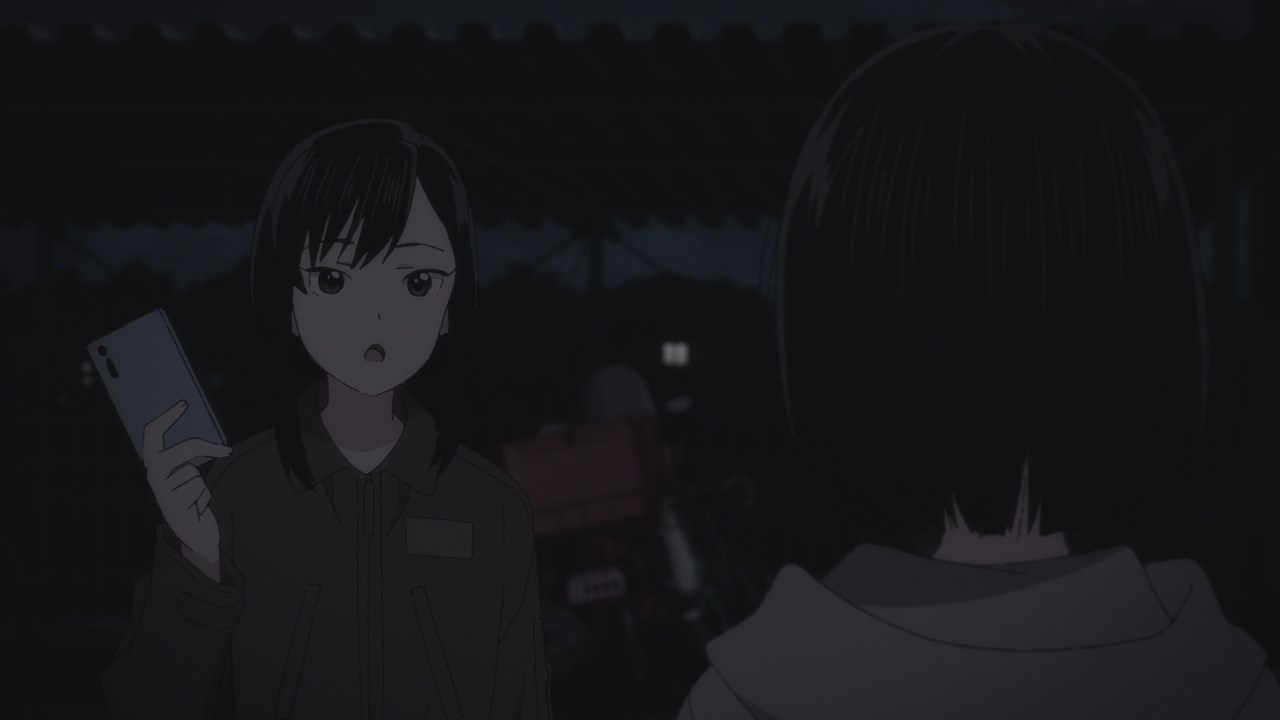 Meanwhile, here’s Reiko where she recovered Shii’s cellphone and bicycle.

While her mobile phone is still functional despite being dropped in cold water, Shii-chan’s Moulton AM bike is irreparable as the frame is busted beyond repair. 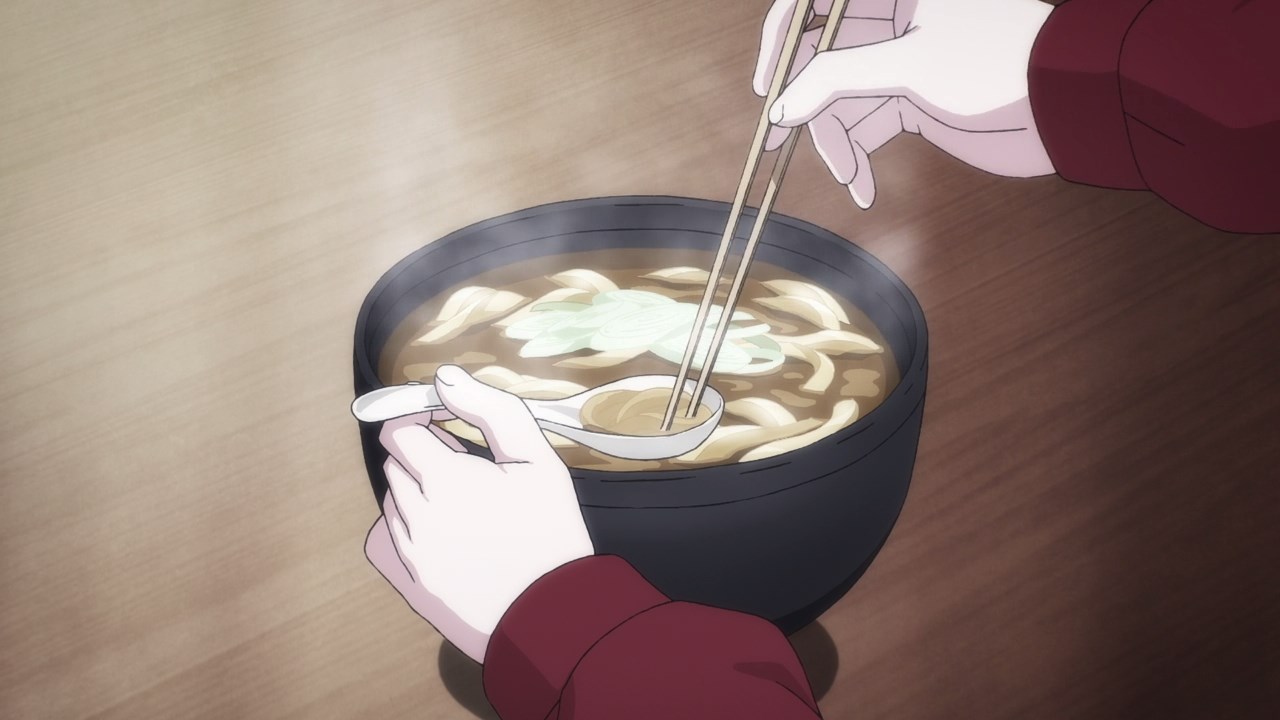 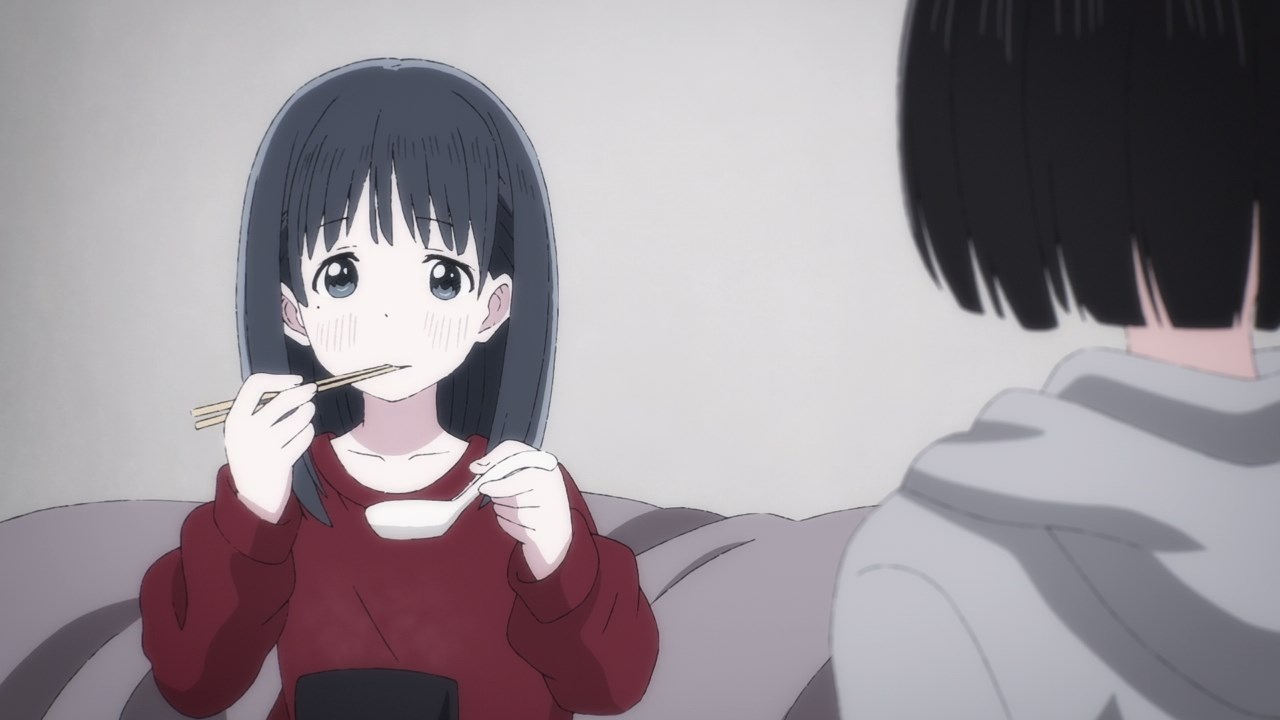 For now, it’s time for Shii Eniwa to take a warm bath and eat a nice bowl of udon. Had Shii-chan didn’t call Koguma right away, she might die from hypothermia. 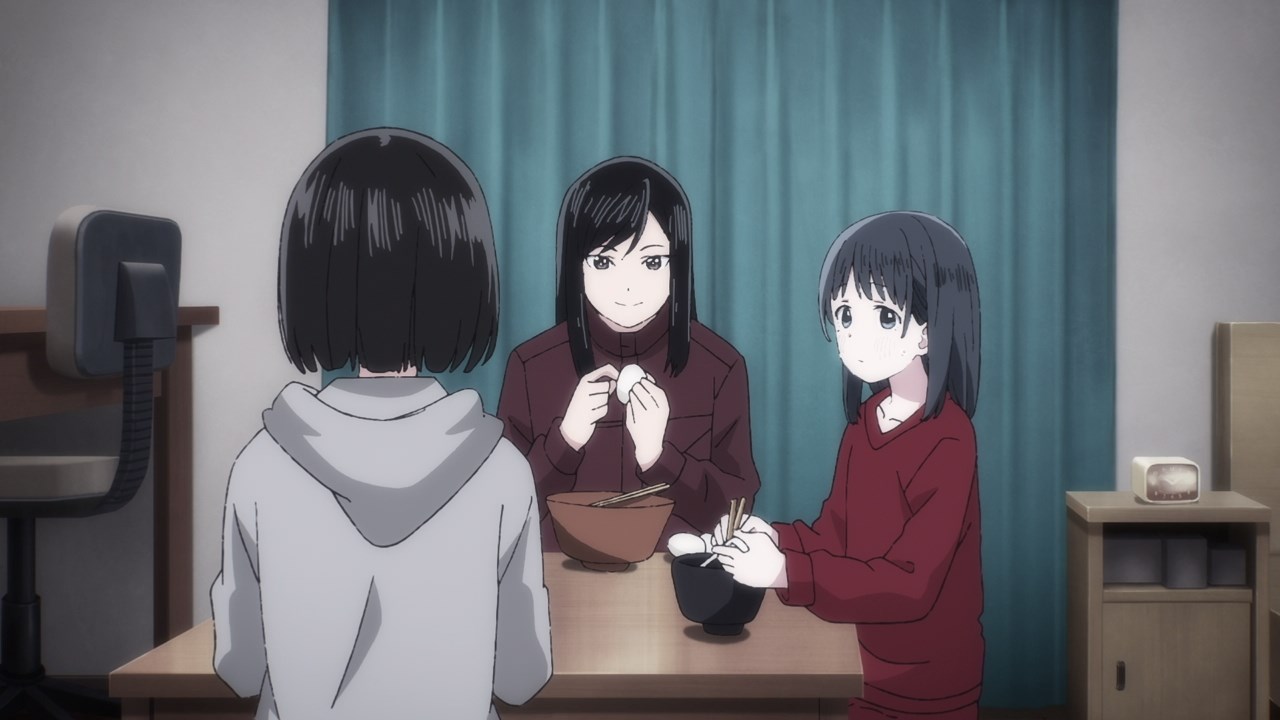 Also, here’s Reiko where she wants to stay at Koguma’s apartment because she’s really hungry on hauling Shii’s broken bike and mobile phone. 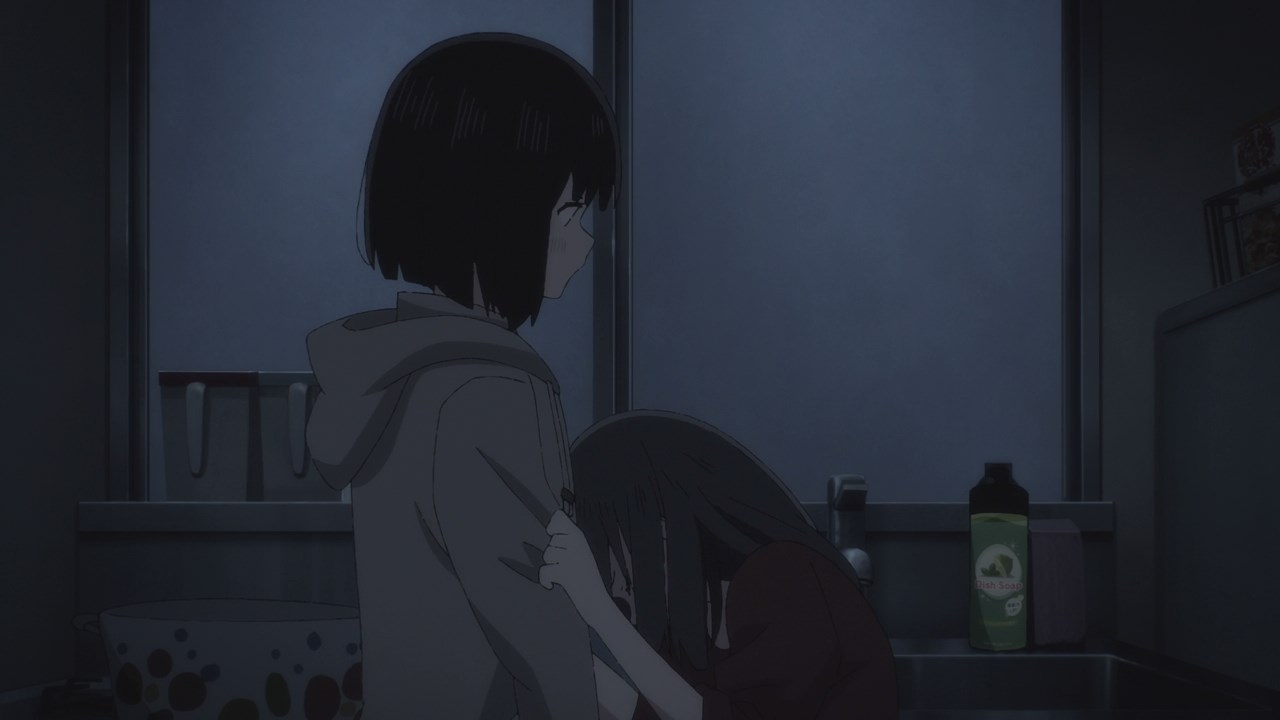 But speaking of Shii-chan, I have to say that she can never use her Moulton bike again. Heck, Shii-chan begs Koguma to fix her bike with her Super Cub, but it’s really impossible at this point.

Honestly, it’s quite devastating that Shii-chan lost her trusted bike as she uses it to haul various items for her Italian café bar. 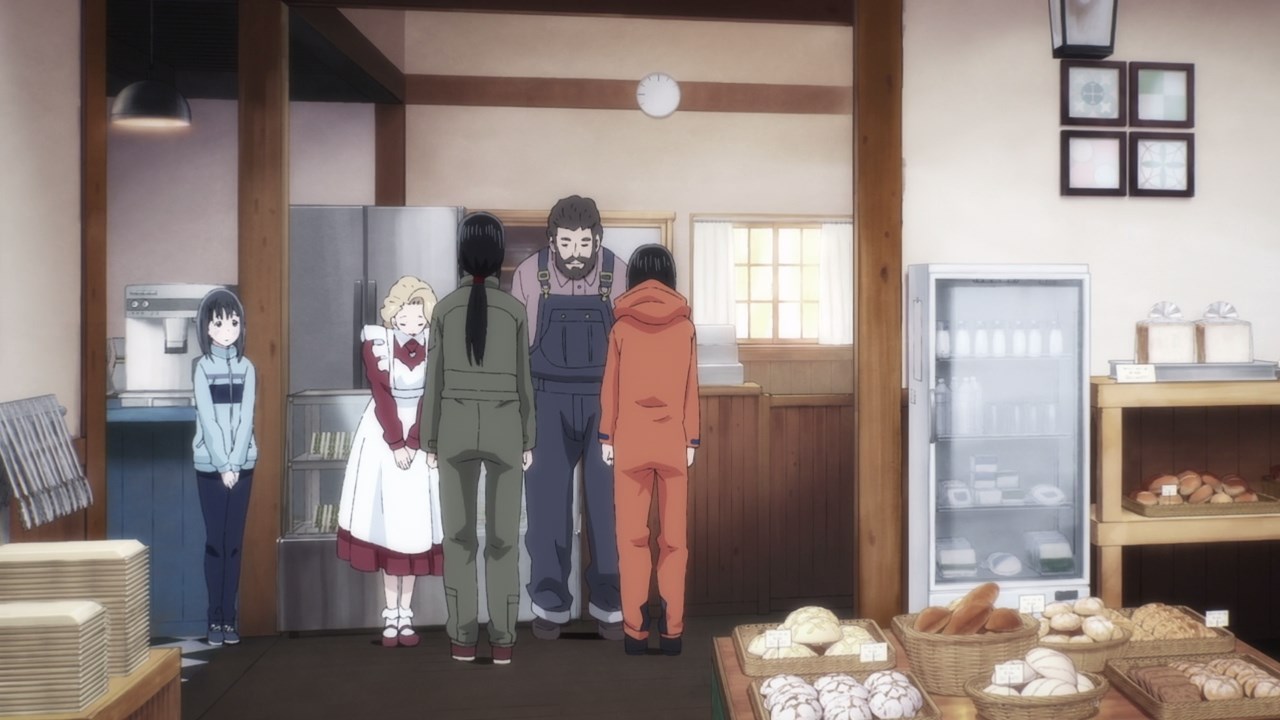 Now let’s go to Beurre where Shii-chan’s parents thanked both Koguma and Reiko for saving their daughter.

In exchange, they’ll have free coffee and bread for a year as a reward. That’s nice but I wonder if Shii-chan is okay? 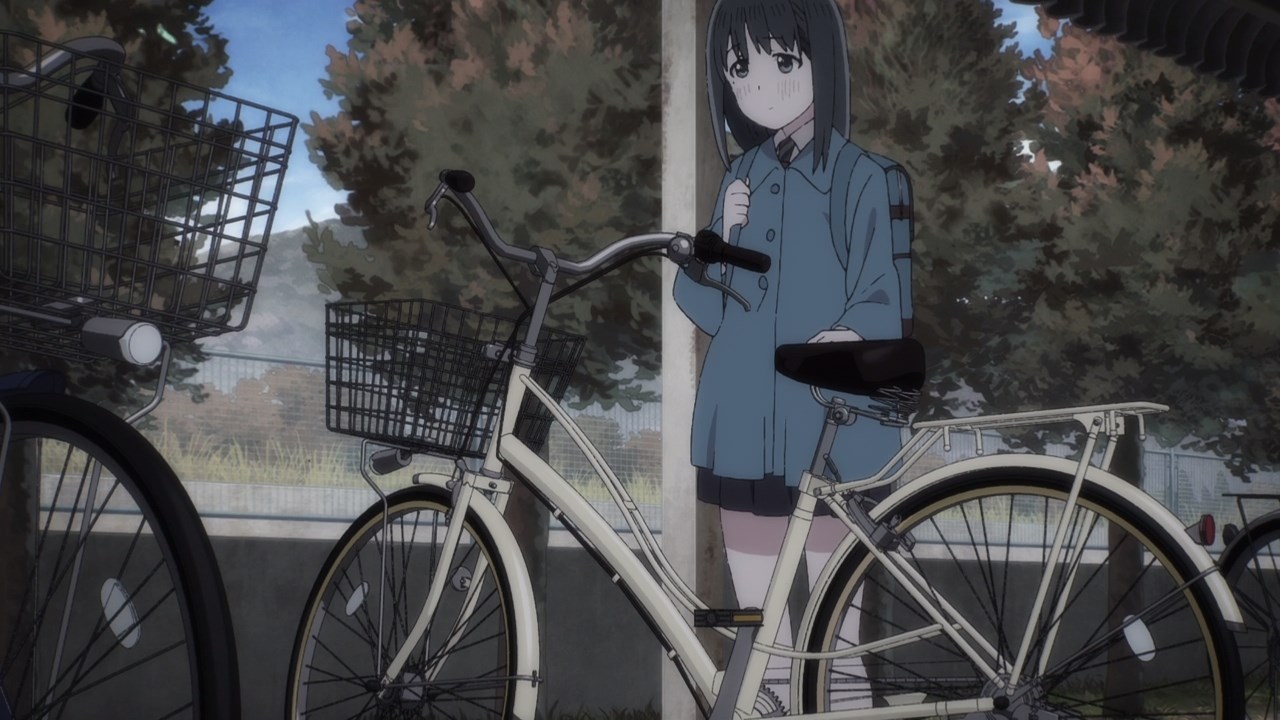 Speaking of Shii-chan, it looks like she’ll be riding a generic granny bike as her Moulton bike is broken beyond repair. You know something, I think she should get a Super Cub. 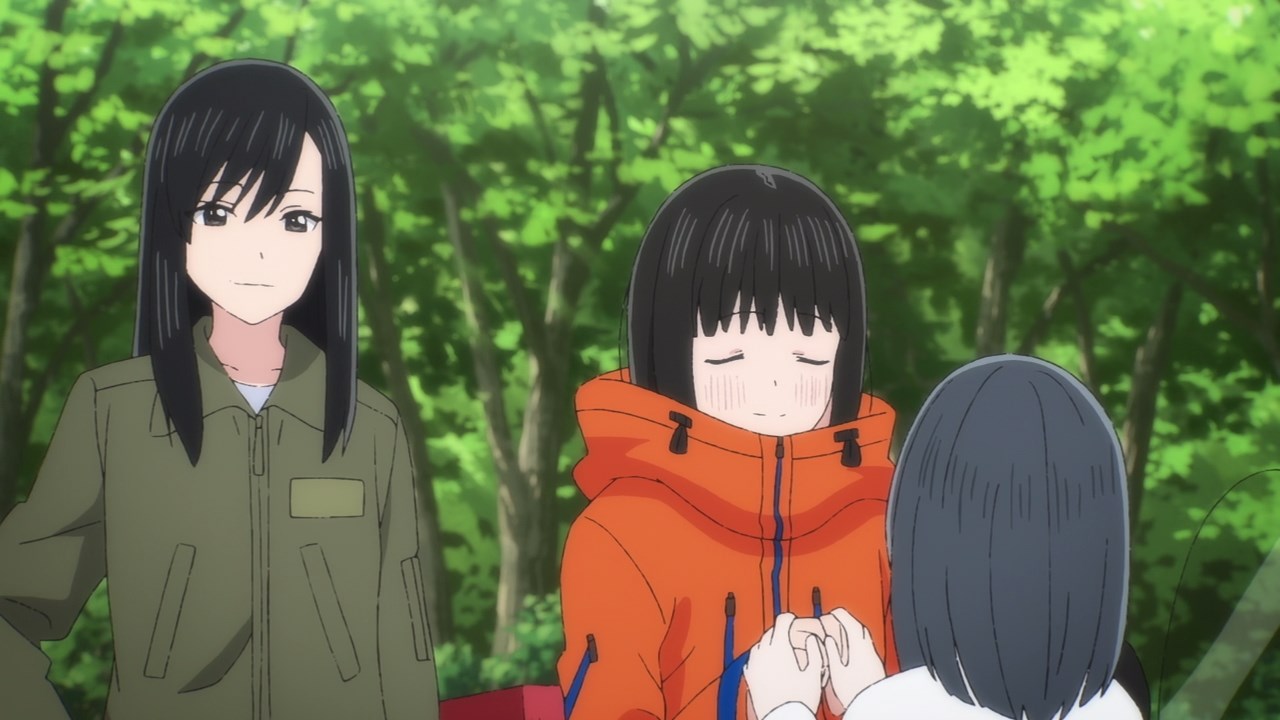 Still, I’m happy that they become true companions thanks to the Honda Super Cub. Sure that both Koguma and Reiko has those bikes, I think Shii-chan wants to ride with them no matter what. 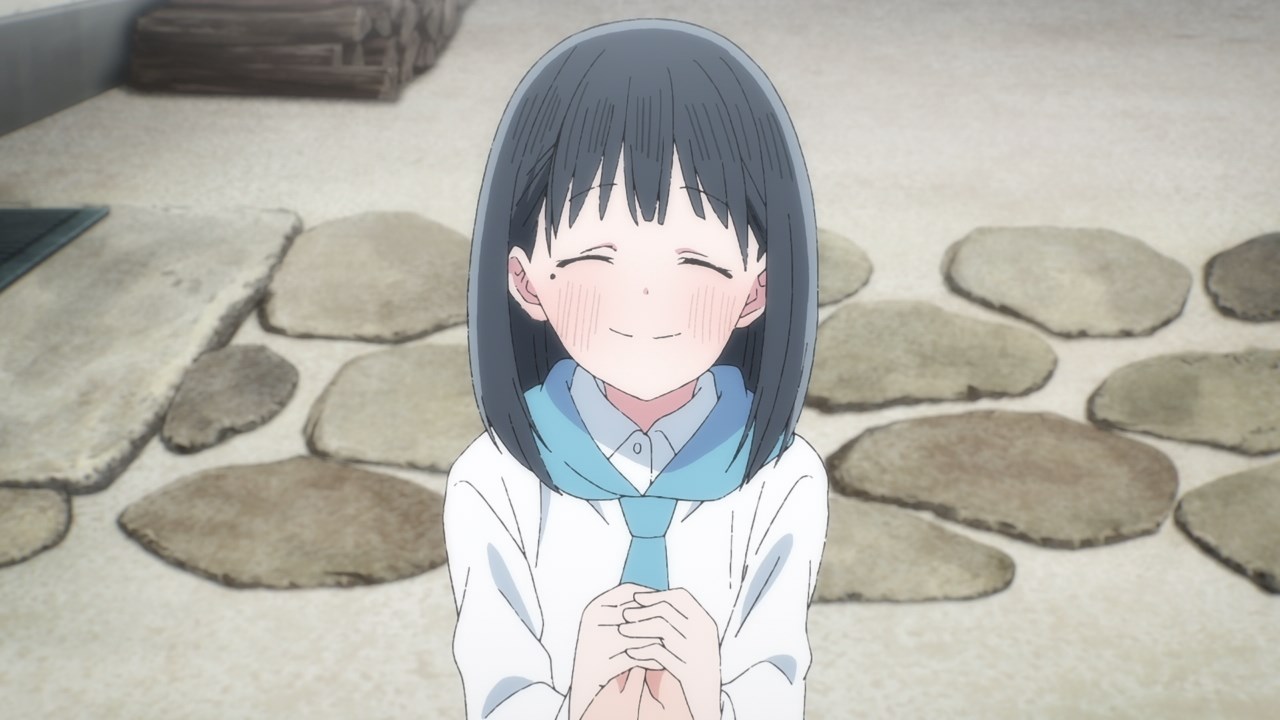 But that’s about it for this episode and I’m really happy that Koguma and Reiko came to Shii-chan’s aid. Of course, the next episode will be the last one!