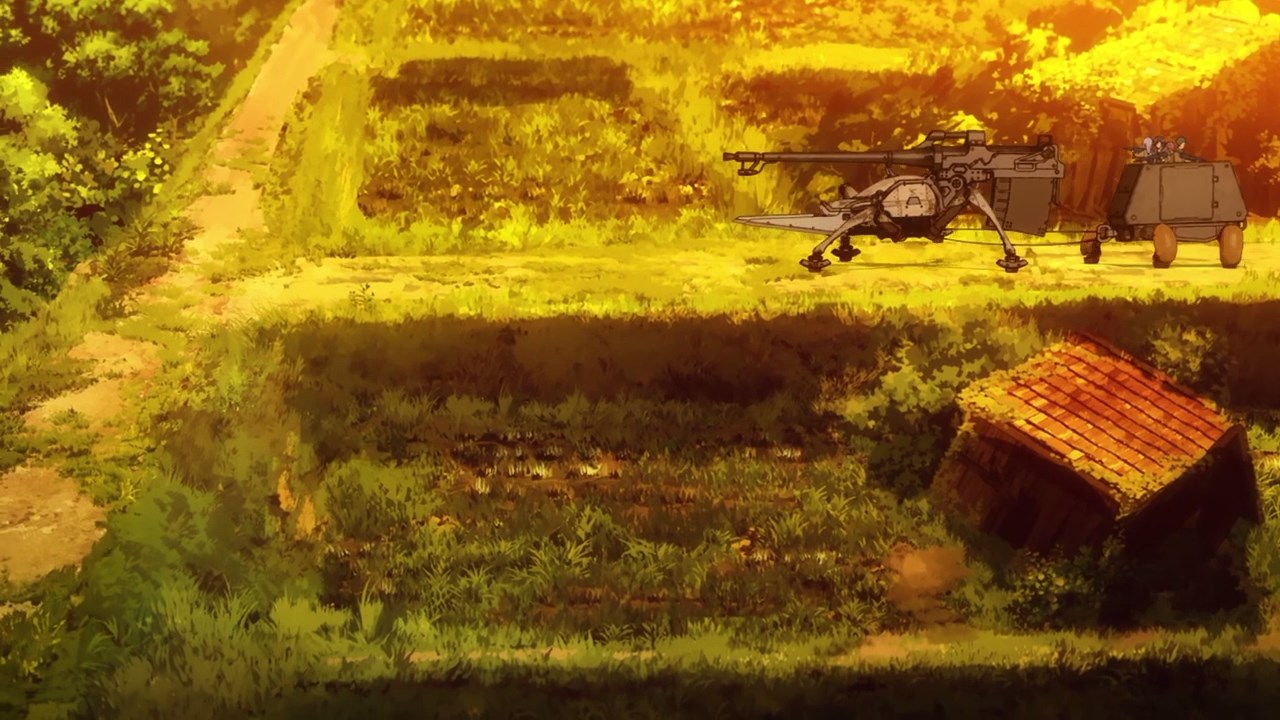 Let’s start with the final episode where the surviving members of the Spearhead Squadron continues to run away from the Legions. With only a single Juggernaut left and a supply drone, finding a safe haven would be difficult. 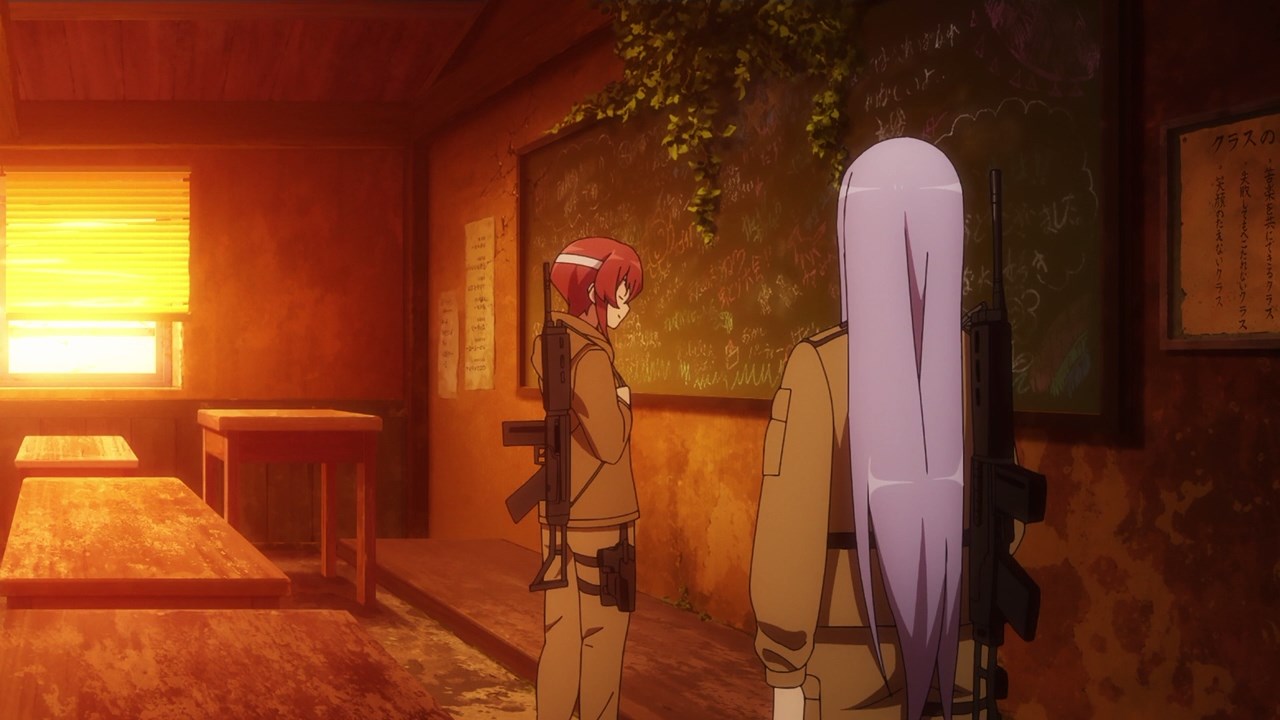 Fortunately, they found an abandoned school where Shinei Nouzen and the rest stayed for the night. Of course, they can’t read Japanese text as Shin and the rest didn’t study the language before being drafted by the San Magnolia military. 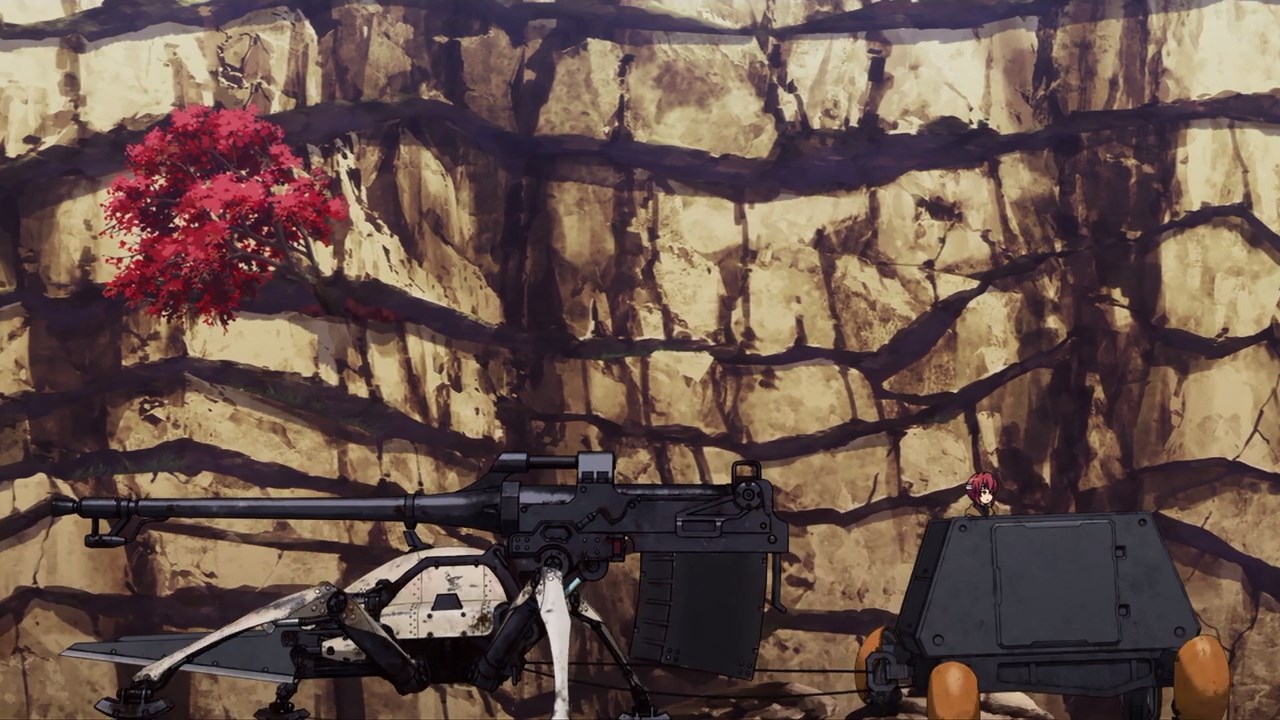 After spending the night at a school, Shin and the rest press forward as they’re hoping that they’ll find another safe haven. 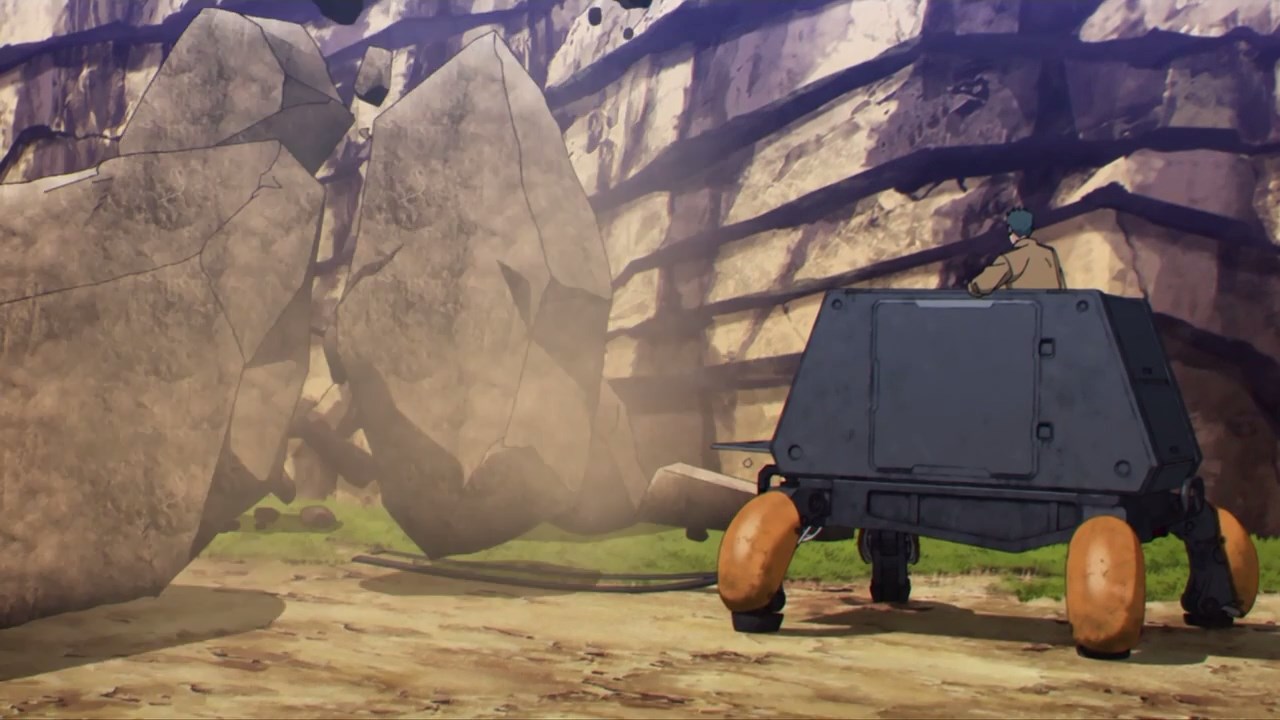 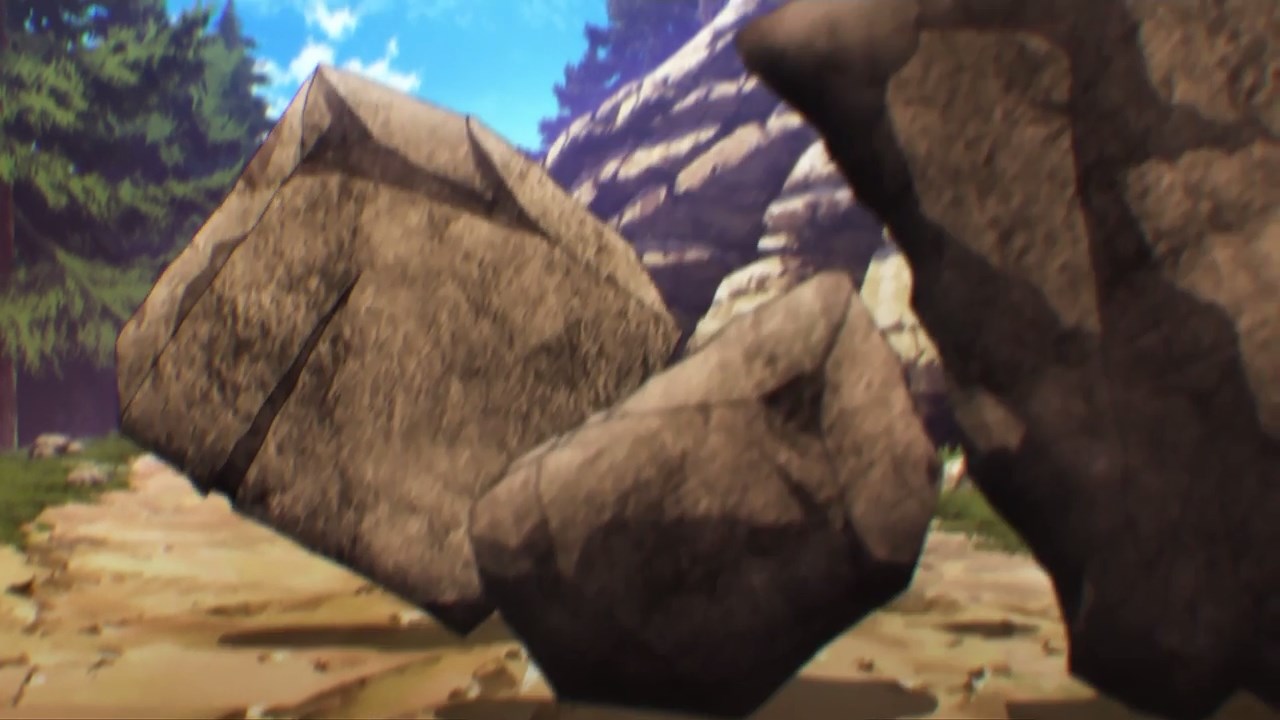 Except that Shin decided to abandon his teammates as he’ll act as bait for the Legions. Of course, Raiden Shuga and the rest won’t let Shin die as they still want to survive! 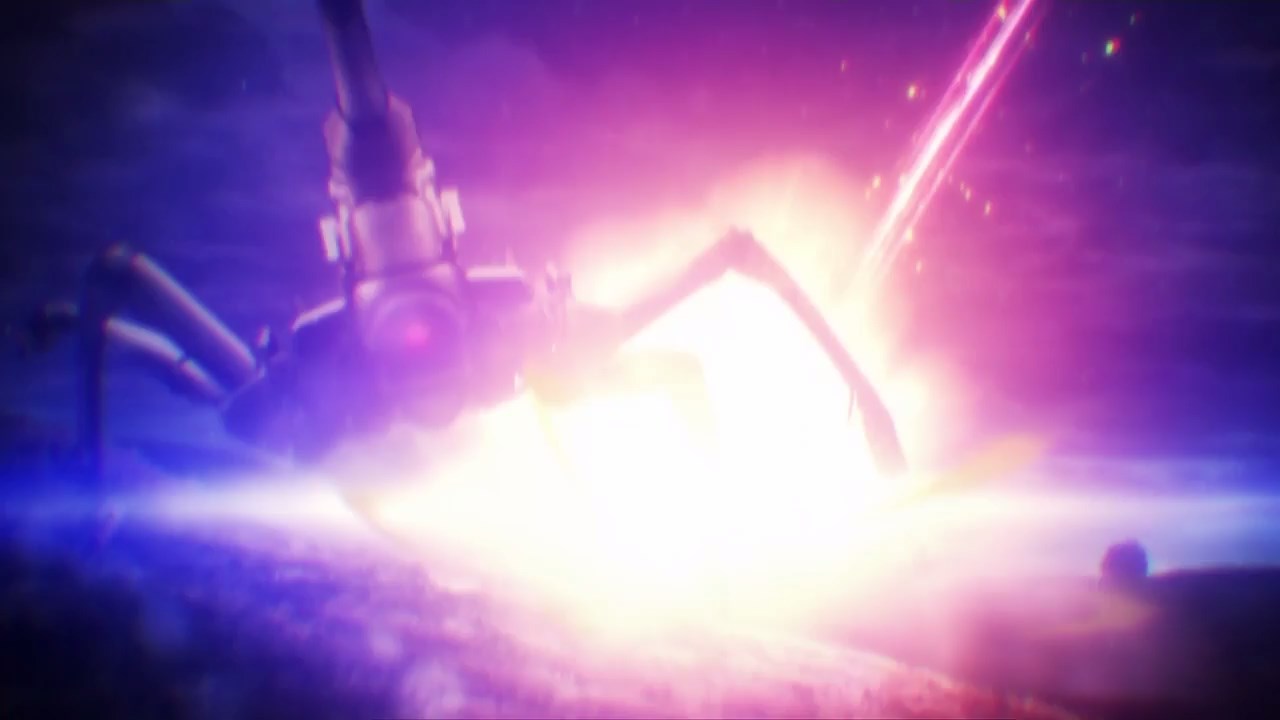 With that said, the Undertaker fought against the Legions alone which he paid the price for his troubles. C’mon, fighting Giad’s Legions using a broken Juggernaut is downright suicidal. 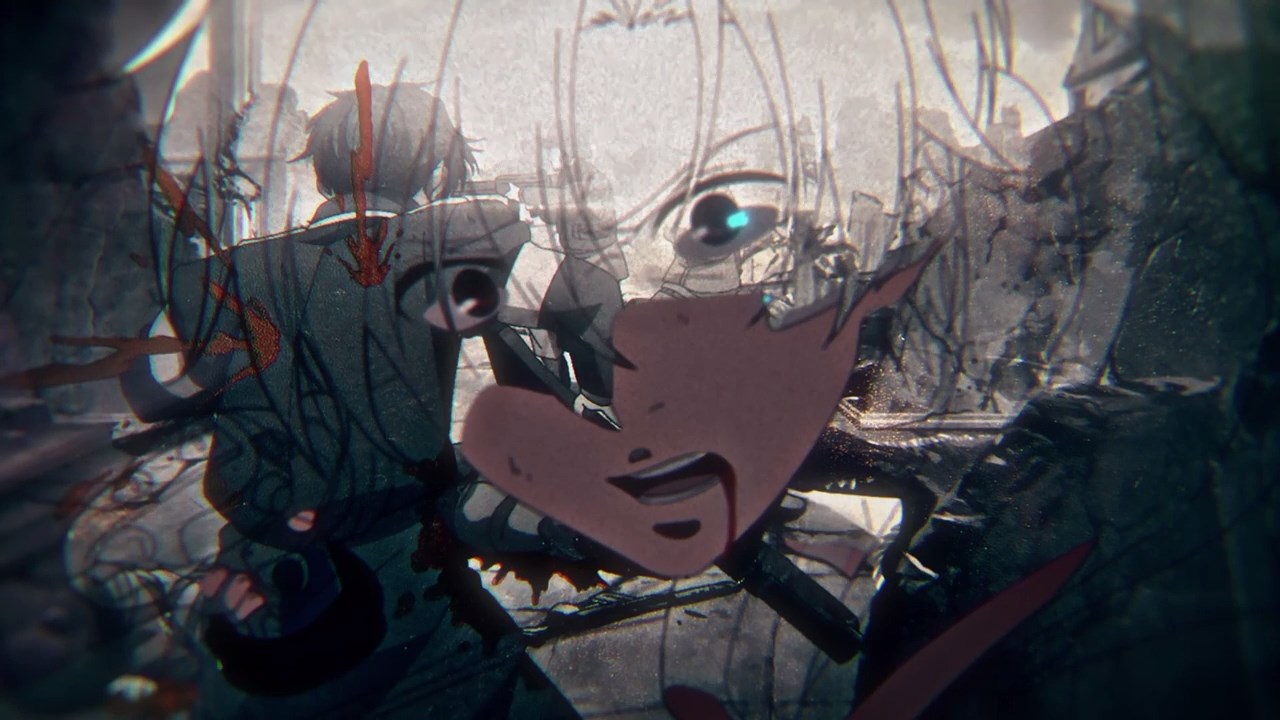 On the other hand, Shin saw a vision where someone cursing at the government. While most of the Black Sheeps belonged to San Magnolia, there’s one who belonged to the Empire of Giad. 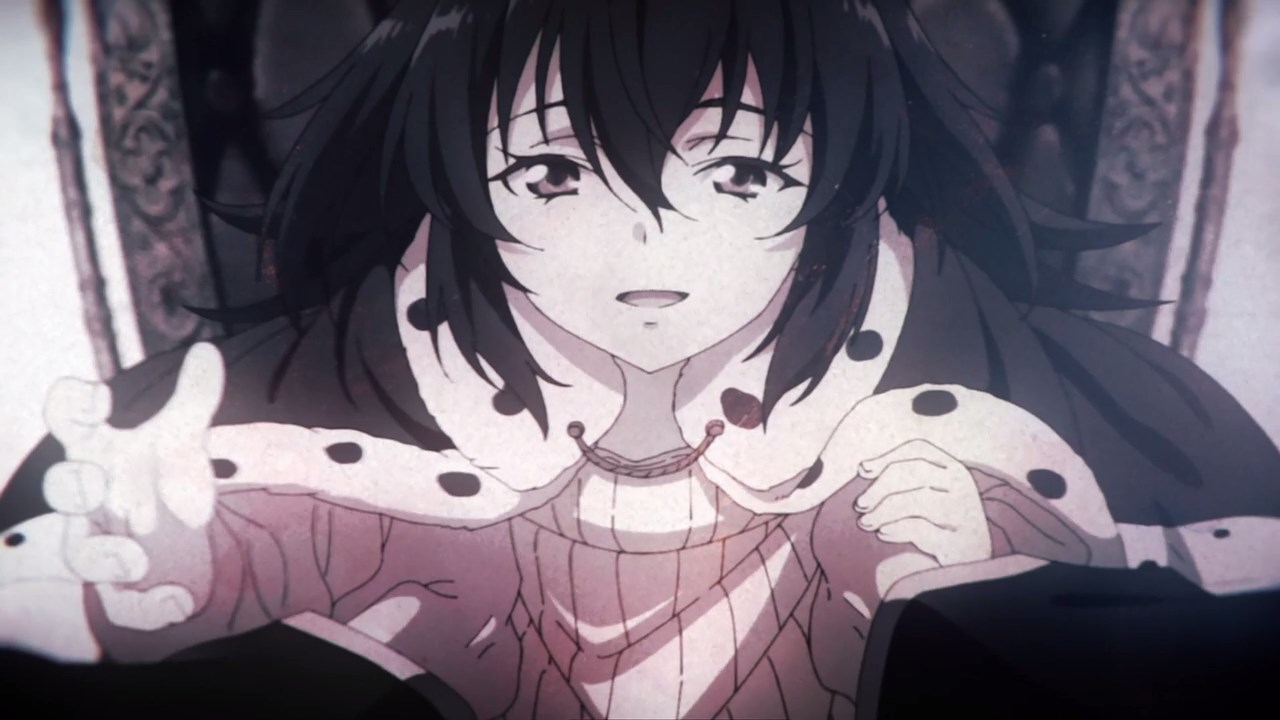 You see, Shin saw what appears to be the princess of Giad. Then again, we’ll never know what happened to the princess since it’s just an old memory. 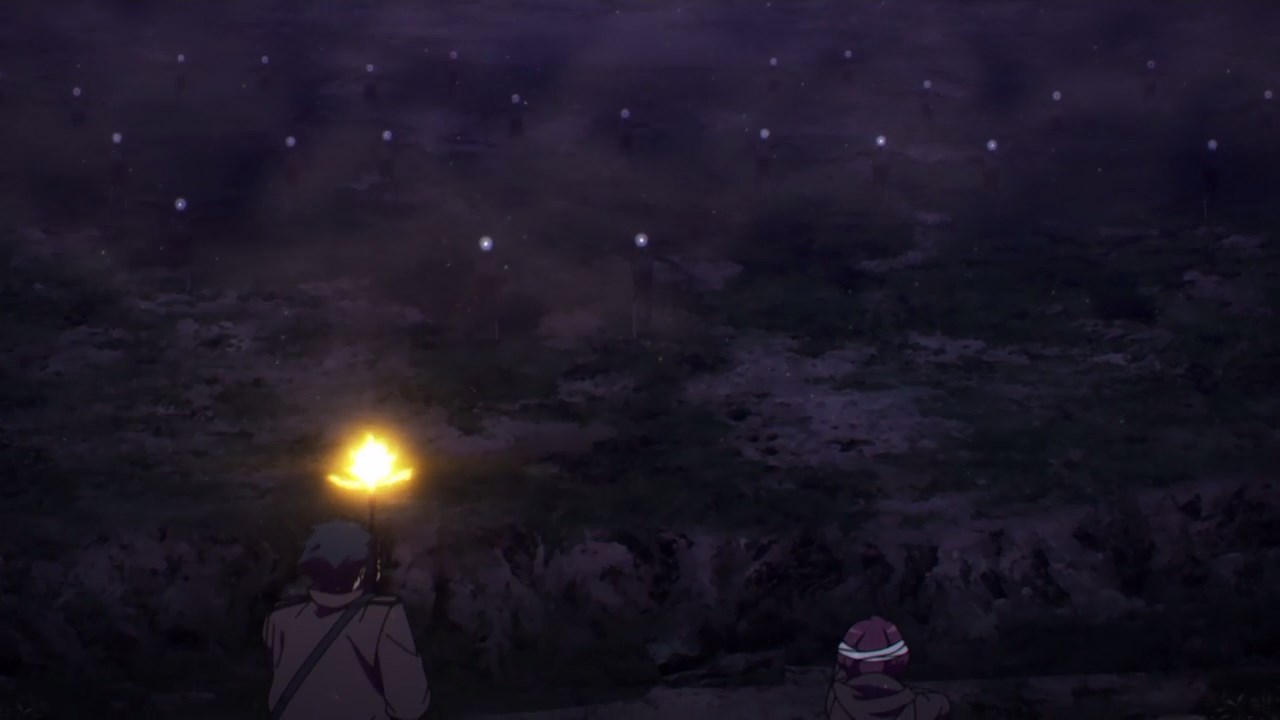 Meanwhile, here are the rest of the survivors where they’re trying to save Shin using automatic rifles. Of course, the likes of Raiden and Kurena are struggling to stop these Self-Propelled Mines as they have limited supply of ammunition. 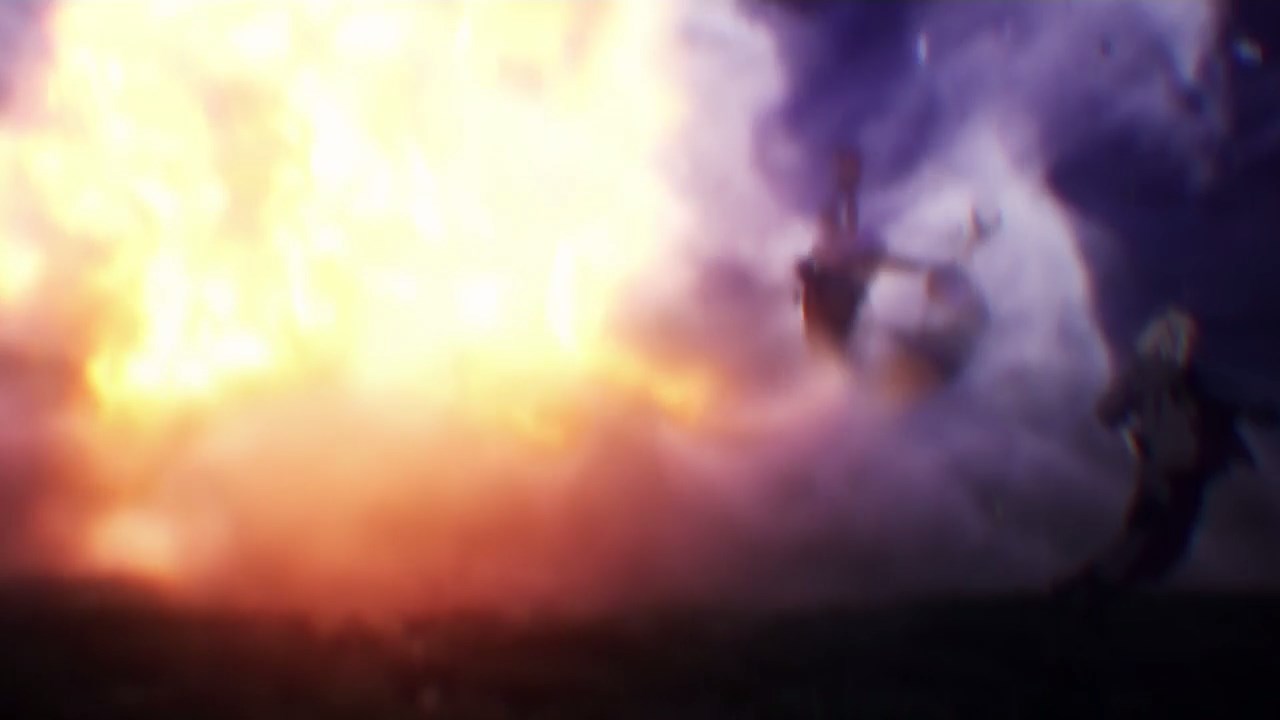 And it gets even worse when Theoto Rikka got blown-up by a mine. While he’s still alive, the survivors are overwhelmed by the Legions. 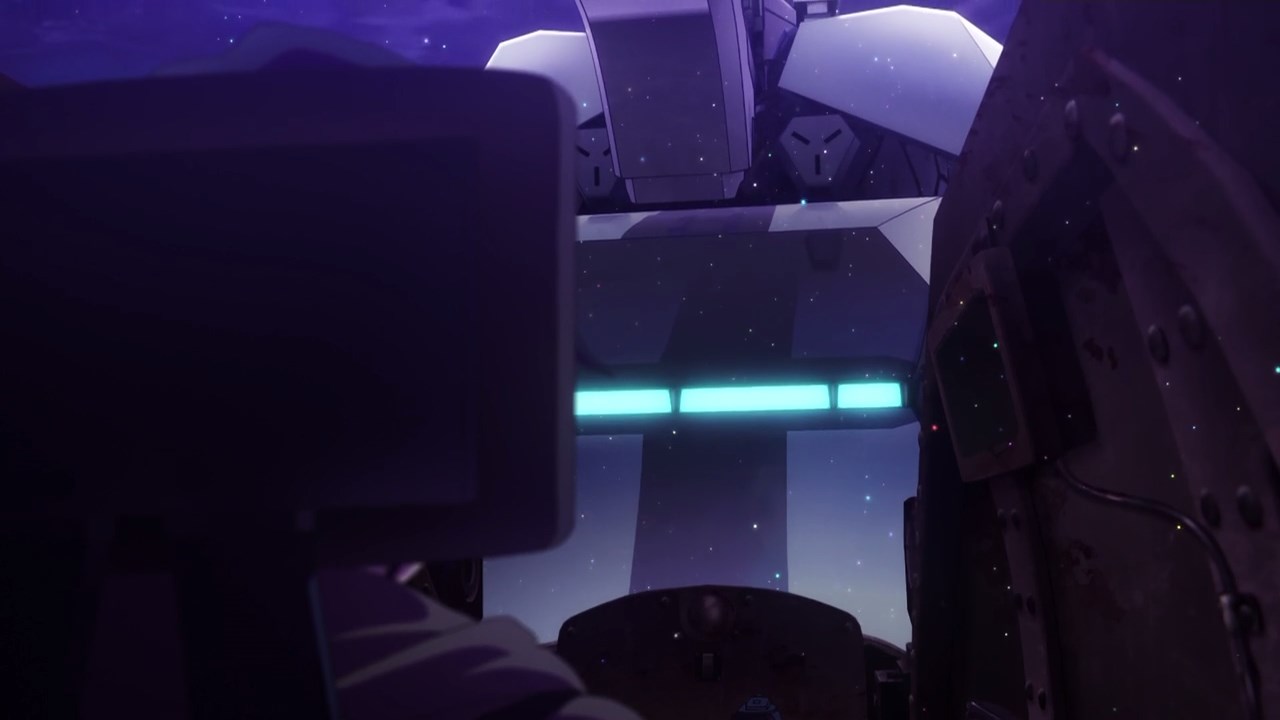 At this point, I fear that Shin’s head will be cut off and it’ll be inserted into the Legion’s body. Of course, it’s not just Shin, but the rest of the survivors as well.

Man, I don’t like how the Eighty-Six soldier will end like this, becoming a fodder to Giad’s machinations! 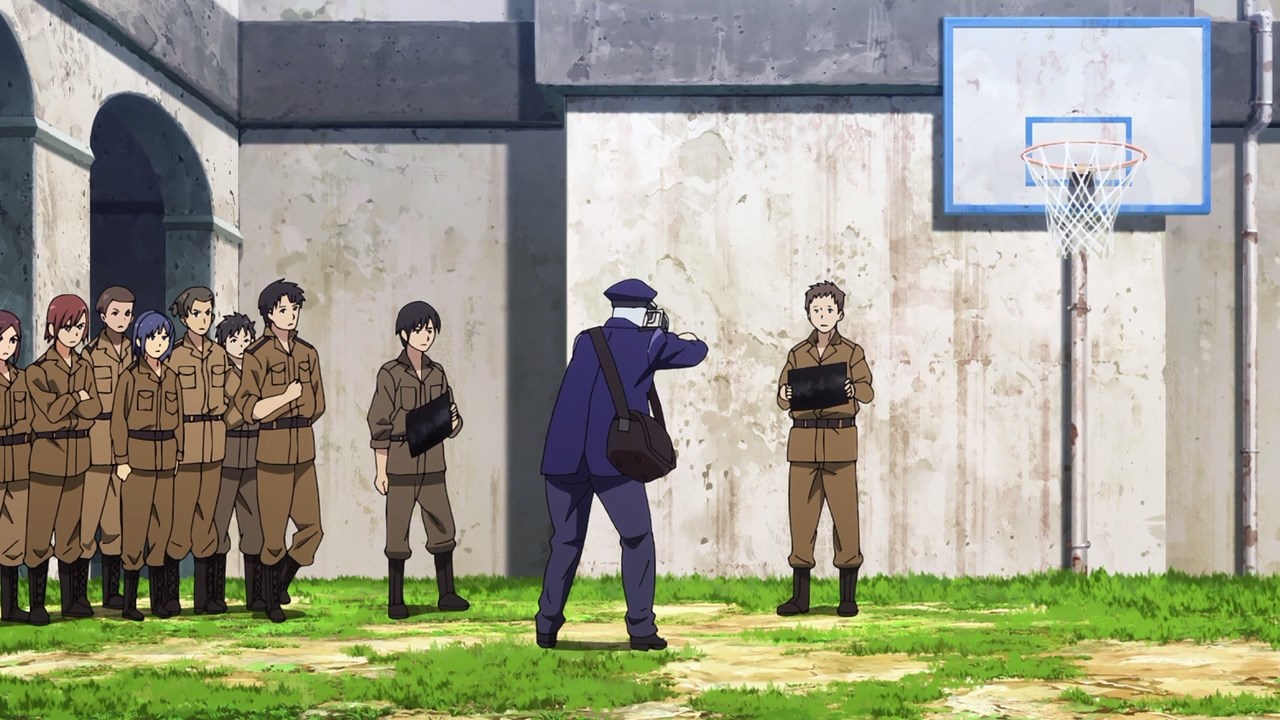 Speaking of Eighty-Sixes, looks like the Republic of San Magnolia got a fresh batch of disposable soldiers which I bet that their survival will be pretty much zero.

Remember, their Juggernaut is basically outdated and inherently flawed when fighting against the Legion, but San Magnolia doesn’t care about the Eighty-Six soldiers. 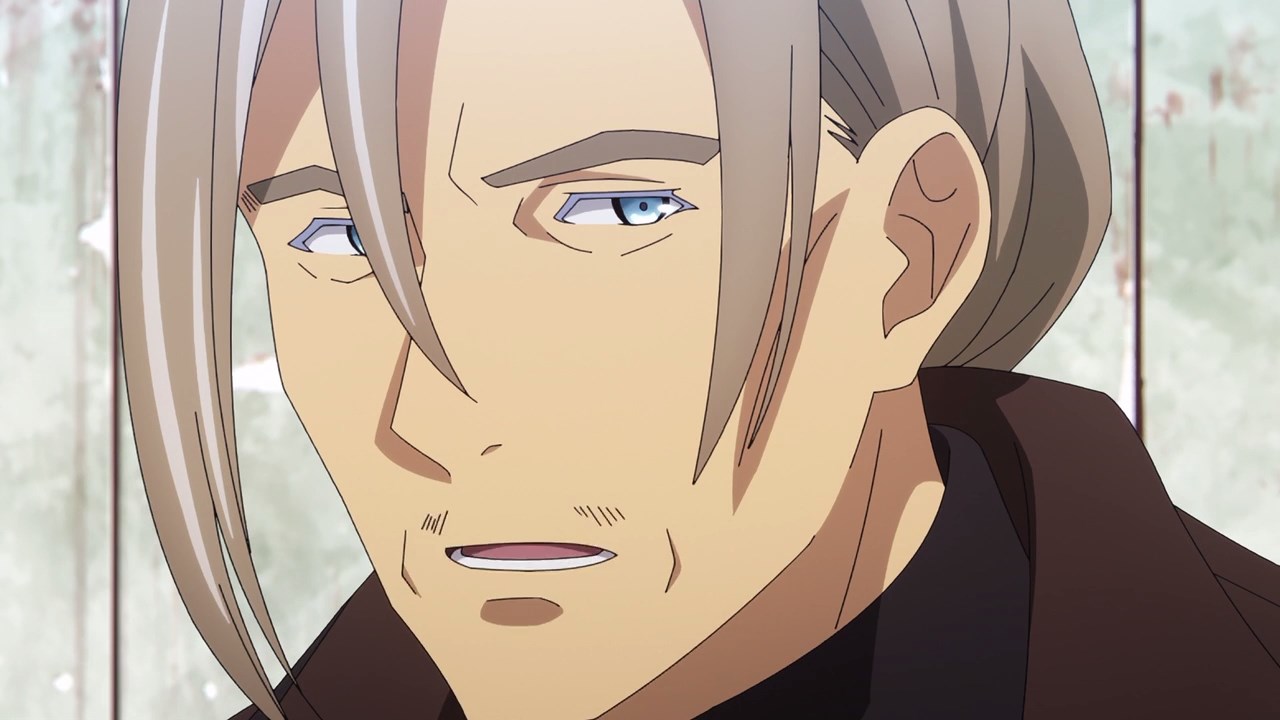 Oh yeah, here’s Lev Aldrecht where he’s talking to a certain Handler on why he went to the 86th District as part of the maintenance team. 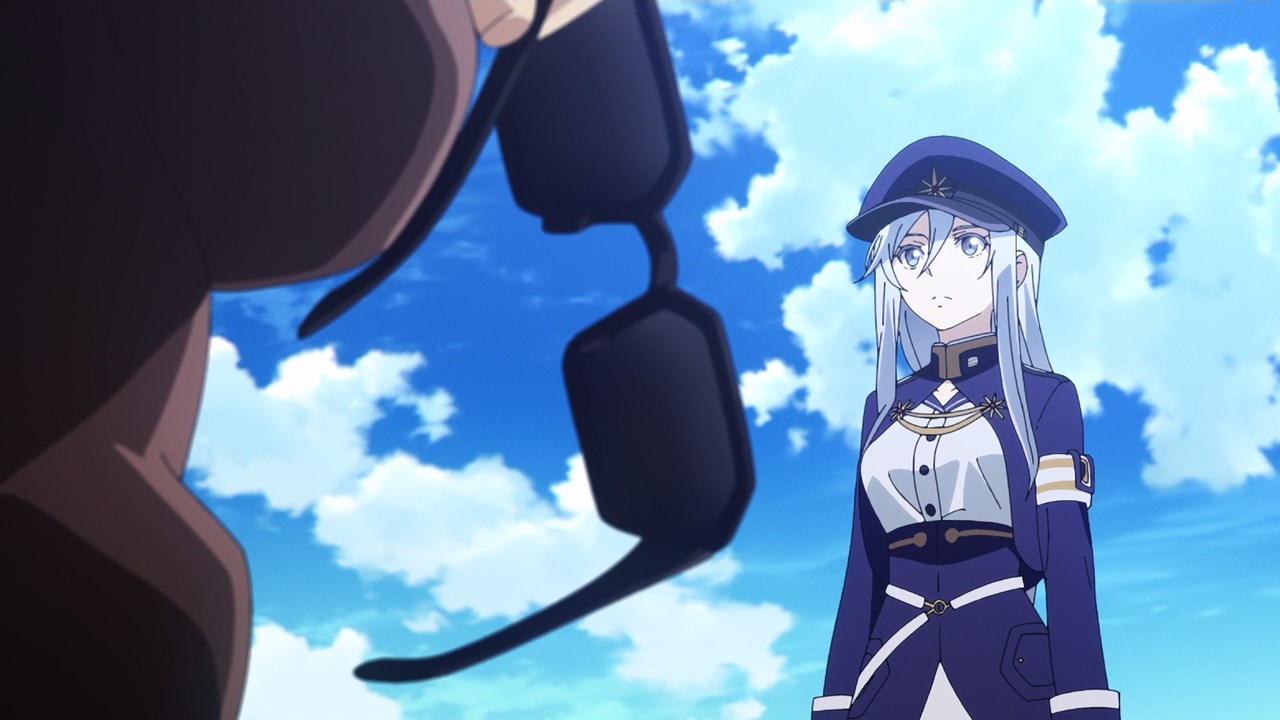 By the way, here’s Vladilena Milizé where this Handler is currently suspended for disobeying orders and now talking to Lev Aldrecht.

Speaking of Lev Aldrecht, he wanted to die so he can meet up with his family, but he can’t do that right now because Lev will have to help the Eighty-Six soldiers who are fighting against the Legion.

Still, I have a feeling that Lev Aldrecht will sacrifice his life to save the Eighty-Six soldiers should the Legion finally invaded San Magnolia. 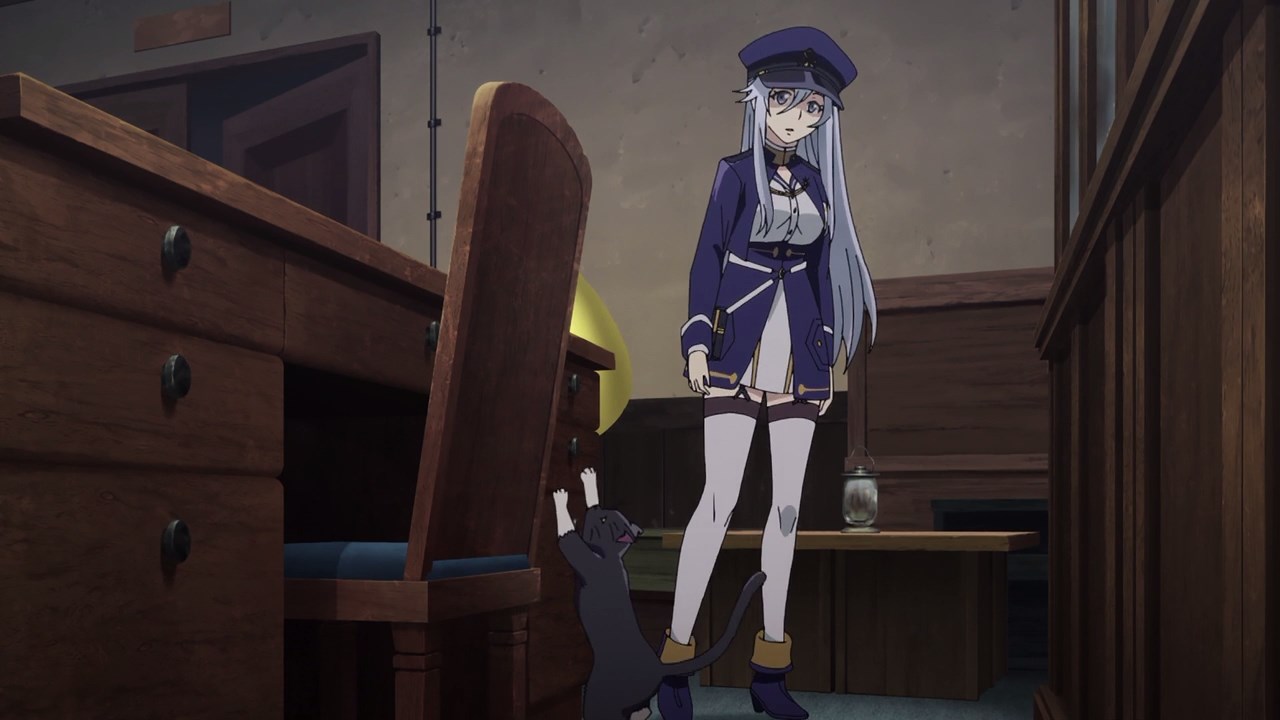 Now let’s move onto the next scene where Lena Milizé explore the barracks that was abandoned by Shinei Nouzen and his surviving crew.

There, Lena found an unnamed black cat with white paws where it’s pointing towards a drawer. I wonder what’s inside of it? 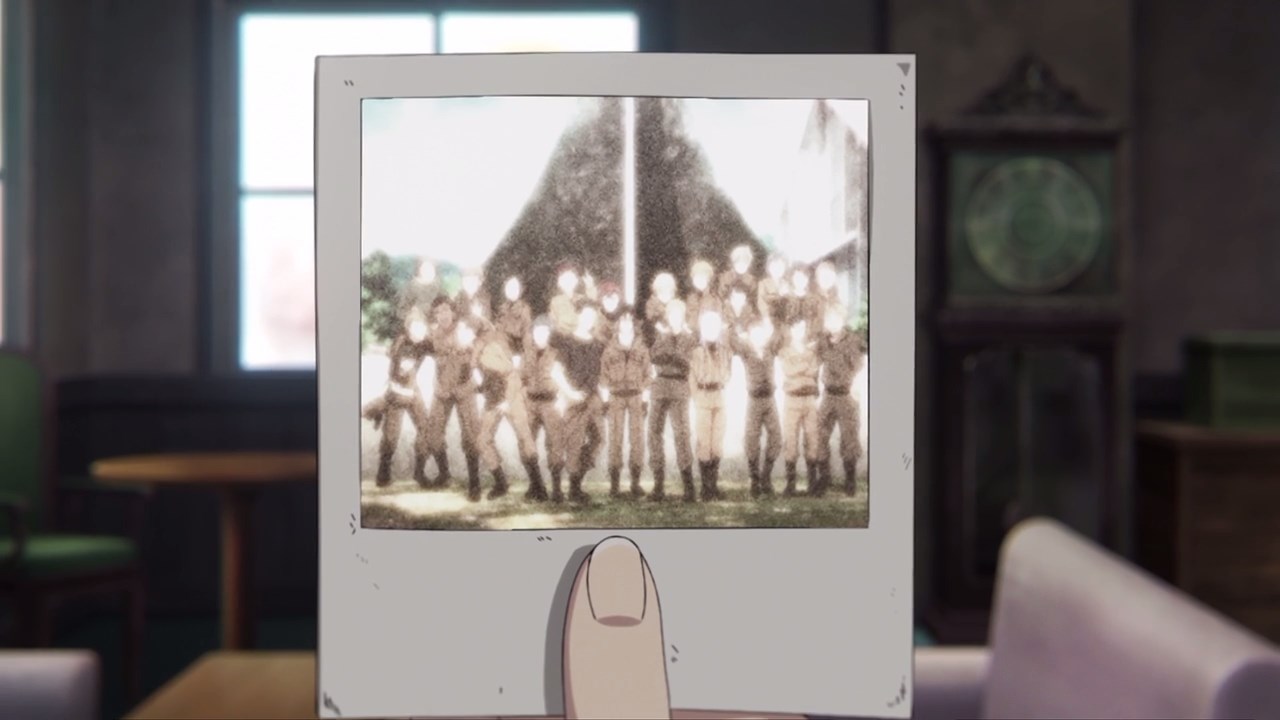 Well, it contained a letter from the survivors which they wrote their final messages to Lena, as well as a picture of the entire Spearhead Squadron.

Man, it’s really heart-breaking that the squadron was so lively, only to be reduced to just 5 people due to San Magnolia’s mistreatment of Eighty-Sixers. 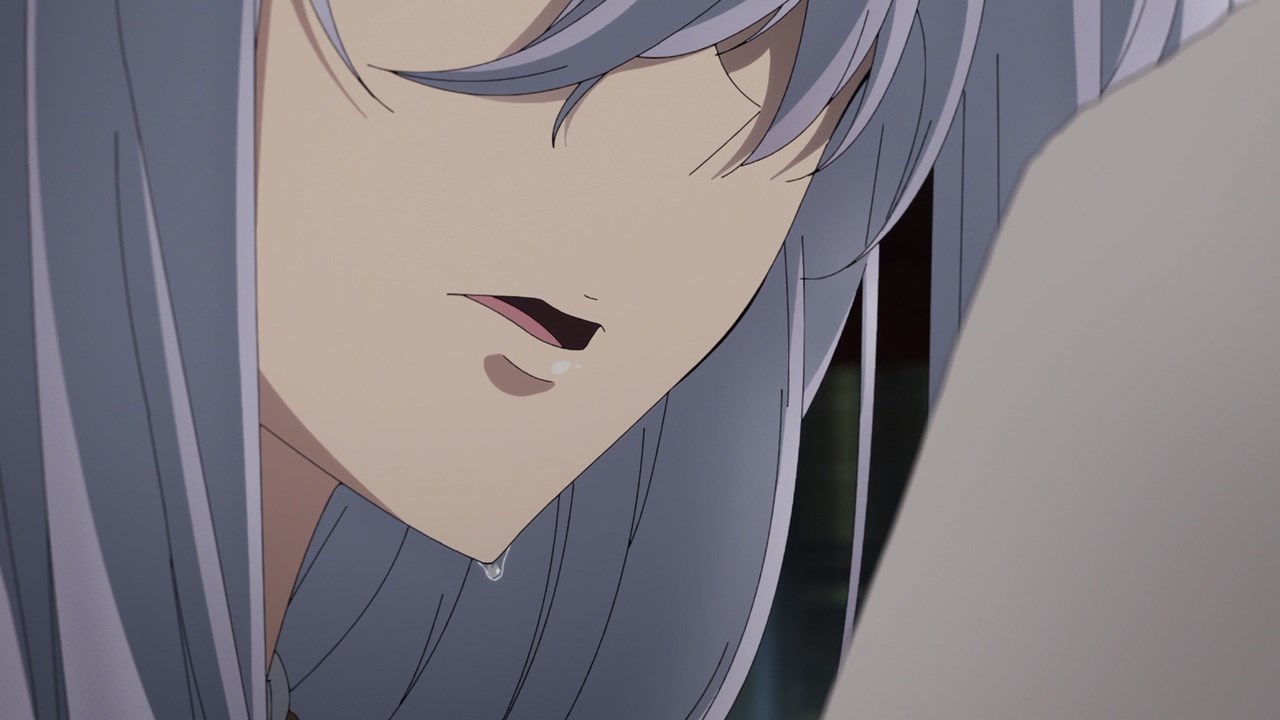 Even Vladilena Milizé is reduced to tears as Shinei Nouzen and his comrades have already left the barracks, although their fate will remain unknown.

Well everyone, that’s the end of this show and I have to say that A-1 Pictures did a great job of adapting the first volume of 86 and expanding it. Hell, the story really struck me on how these soldier survive despite being abused by an incompetent and racially-motivated republic.

Of course, the series is still not yet over as there’s a special episode next week, although I feel that it’s basically a recap episode and a teaser for the upcoming 2nd part. Still, I really enjoyed watching 86 and I’m hoping that Part 2 gets better!