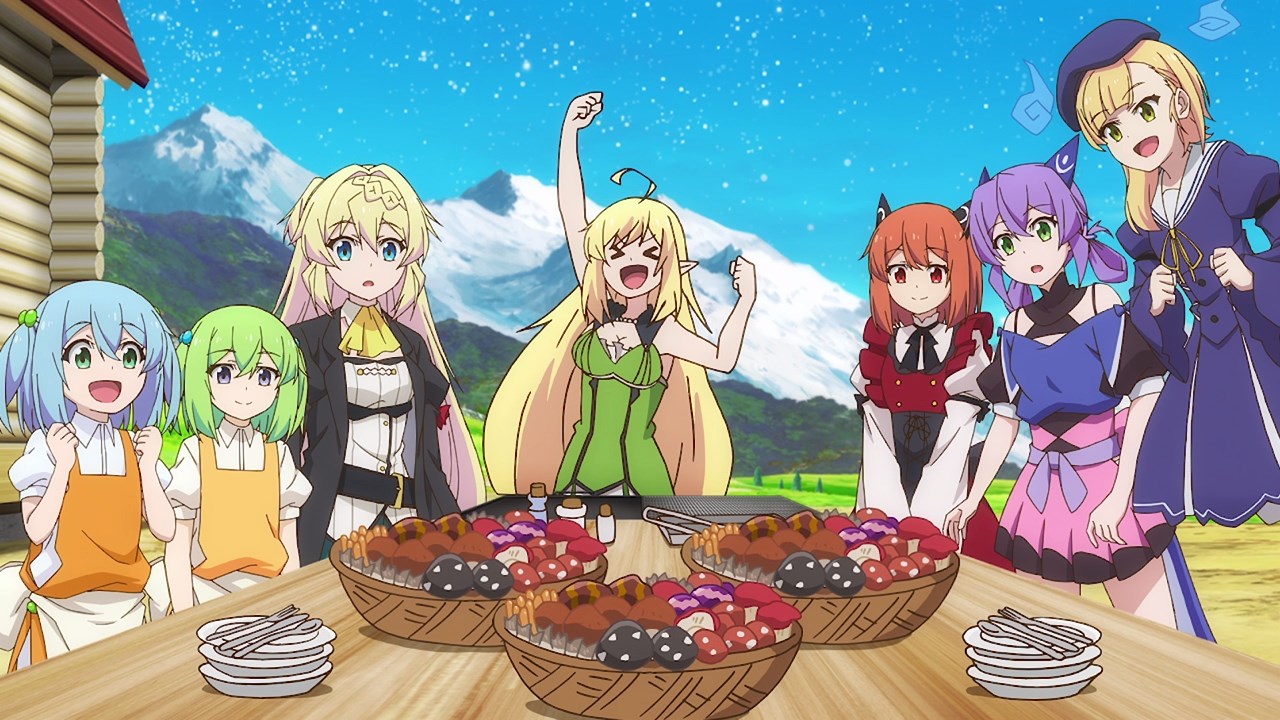 On this episode, looks like Halkara is throwing a mushroom barbecue party where everyone is invited, including the Witch of the Highlands. 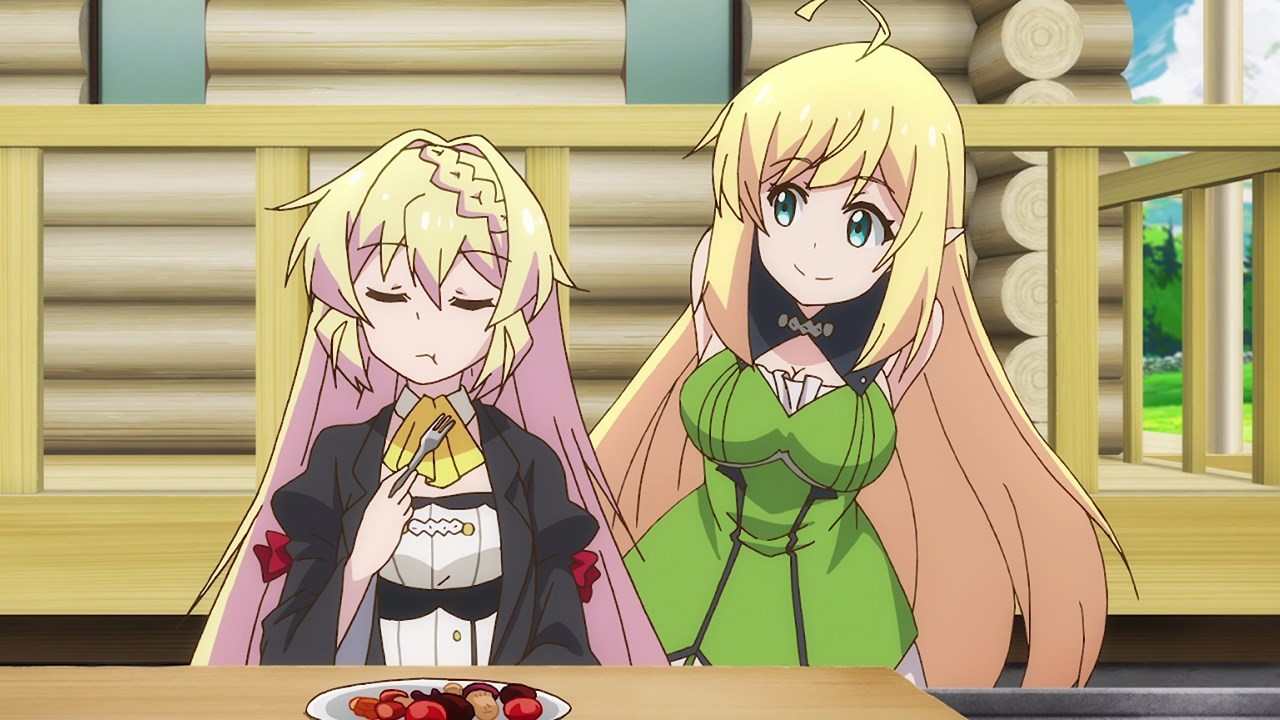 Oh yeah, Halkara told Azusa Aizawa that all of the mushrooms are edible. Heck, she even seasoned it too but I’m hoping that the elf added some soy sauce. 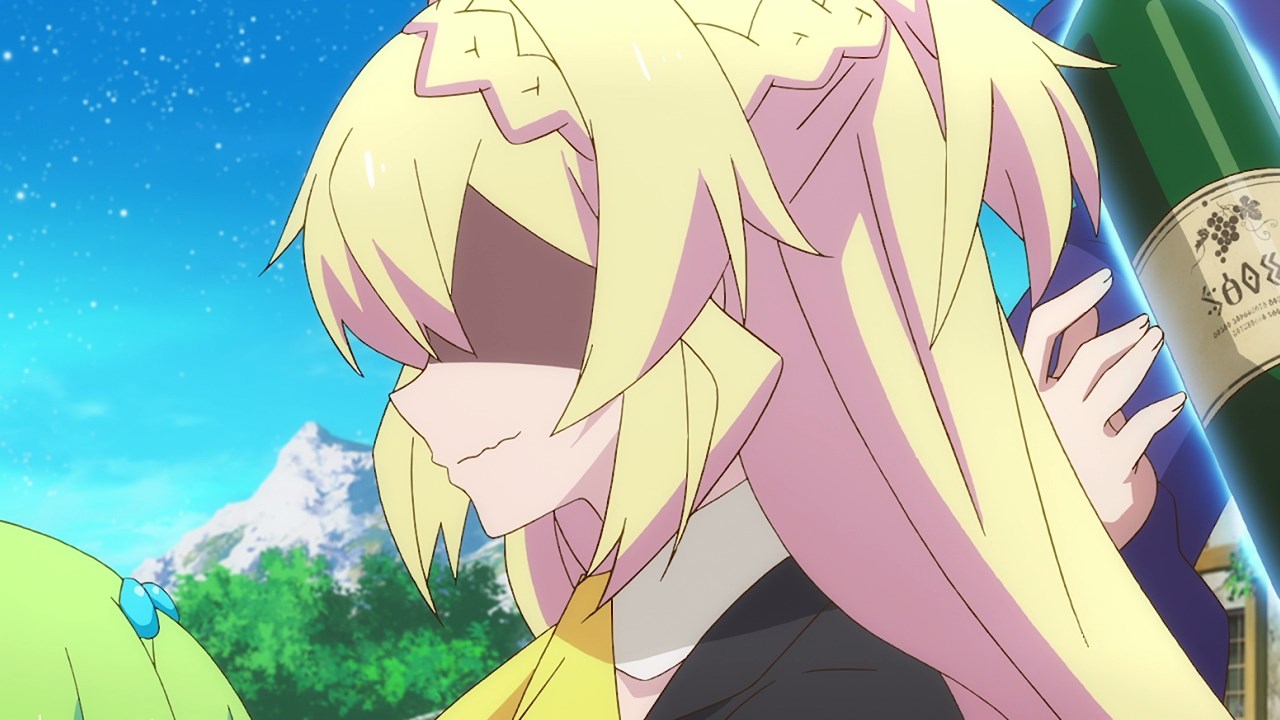 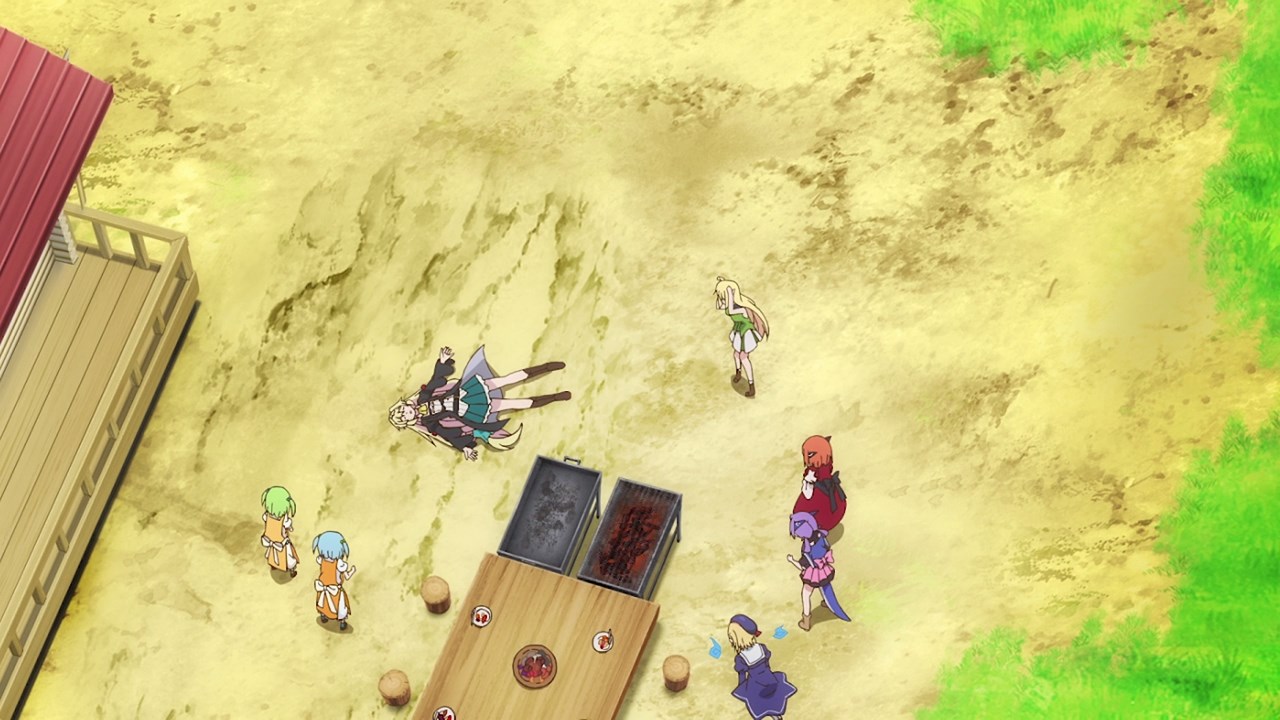 Unfortunately, Azusa ate a bad mushroom in which she collapsed. Um Halkara, I think you should check a bit further if those mushrooms are perfectly edible. 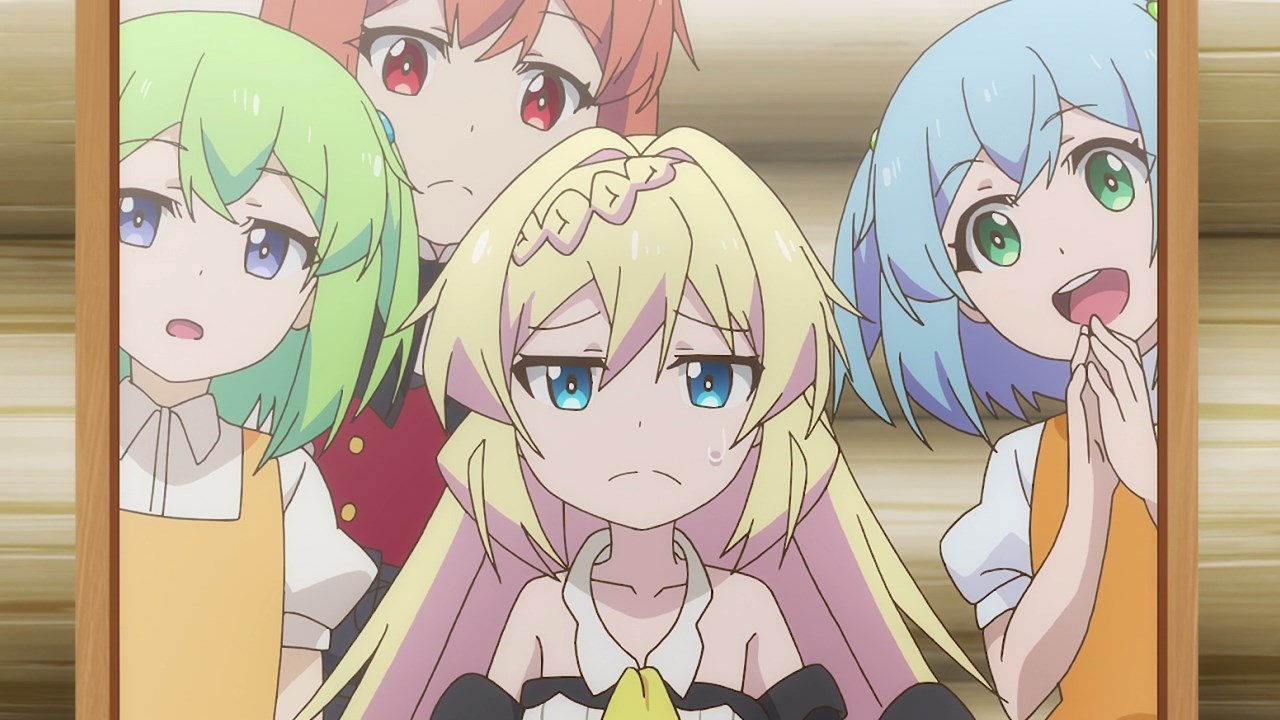 And it gets worse when Azusa became a child. Sure that this witch looks cute but it’s sucks that Azusa is stuck in this form. 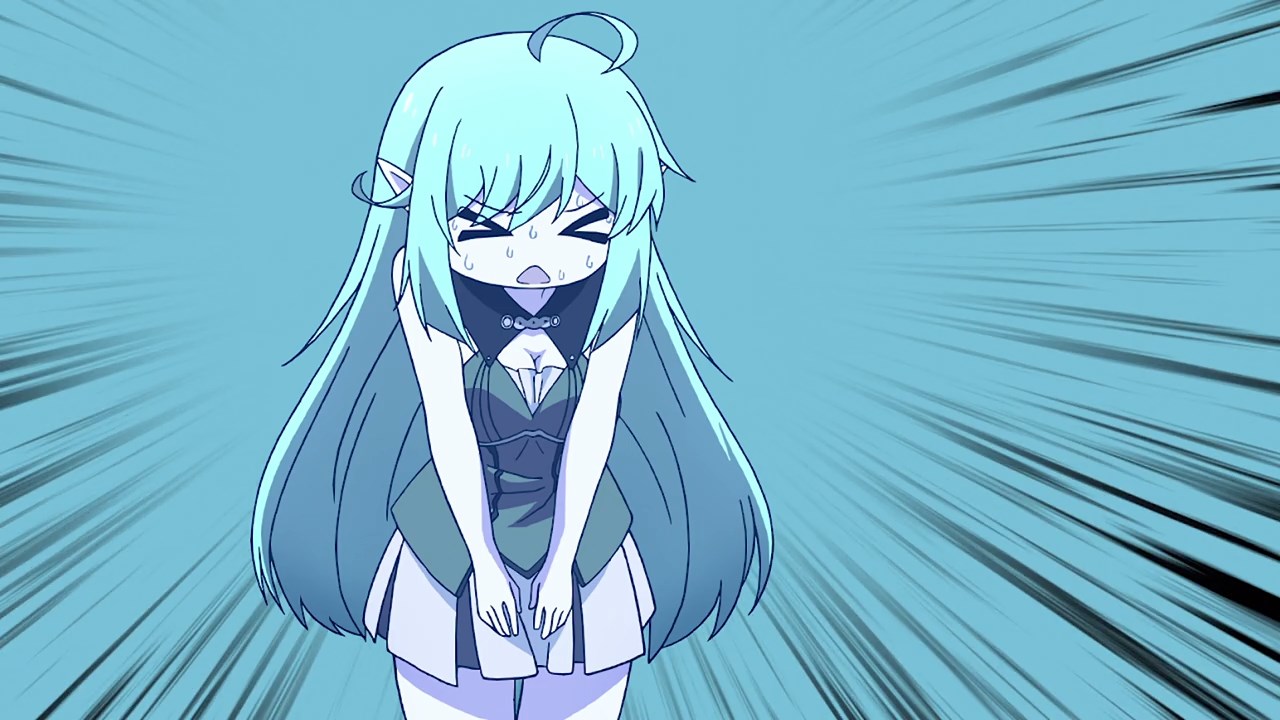 As for Halkara, she profusely apologize for the trouble she caused. Well then, looks like the Witch of the Highlands will have to travel to the demon world again. 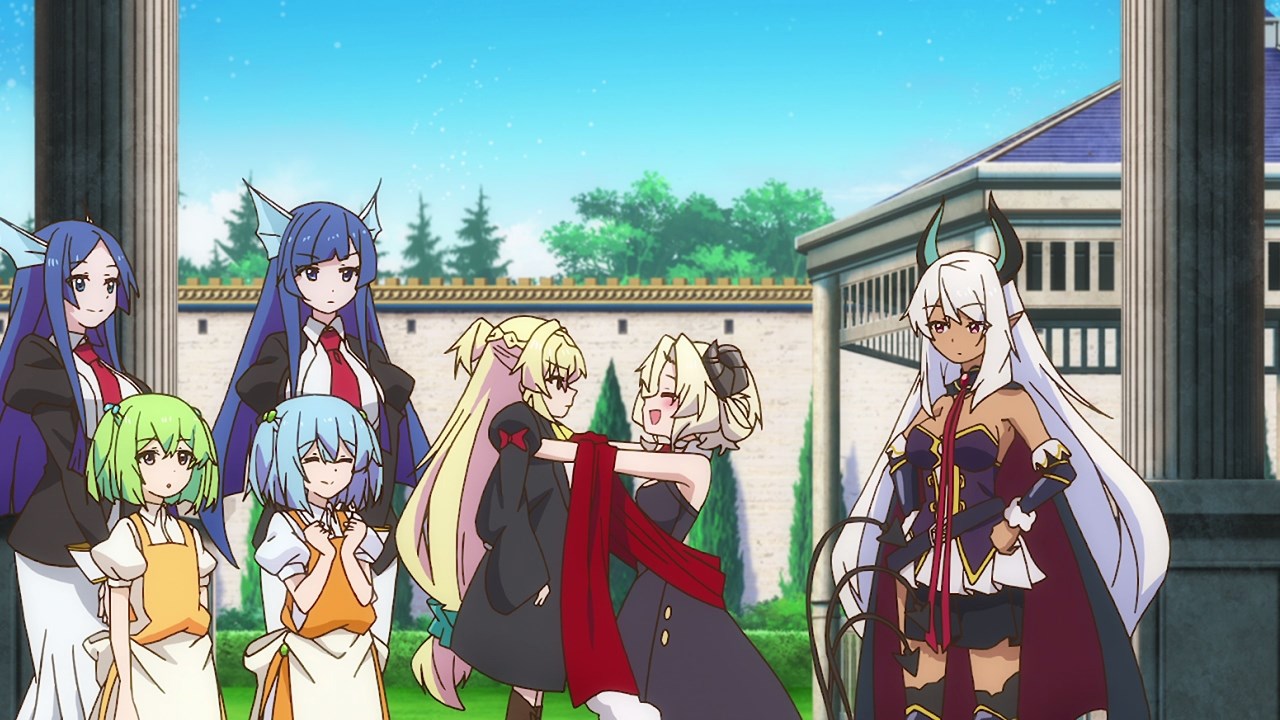 And by the way, it appears that Lord Provat Pecora Allières is really fond on Azusa Aizawa’s child form that the queen of all demons wants to take this cute witch home.

Actually Lord Pecora, don’t do it! Also, Azusa wants to return to her adult form as soon as possible. 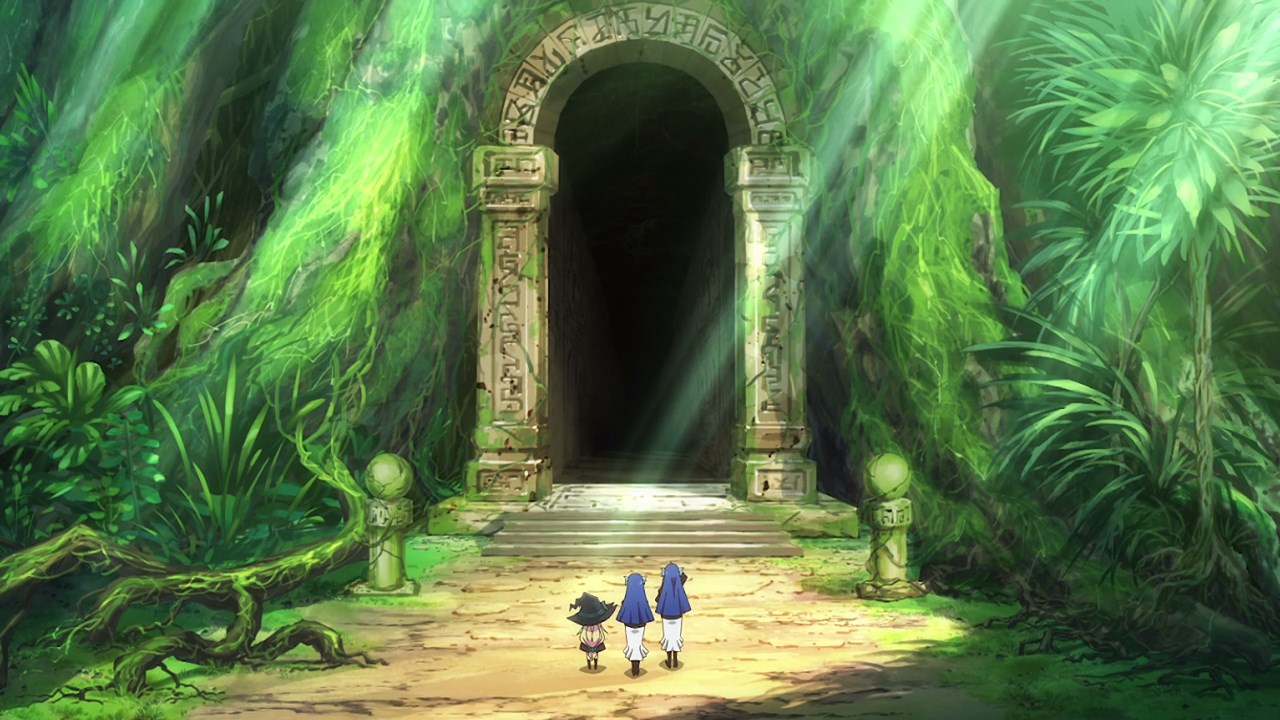 But anyways, Azusa Aizawa went to the World Tree where it contains dangerous monsters across 108 floors, therefore the witch is accompanied by both Vania and Fatla as these two leviathans will protect her… or so I thought. 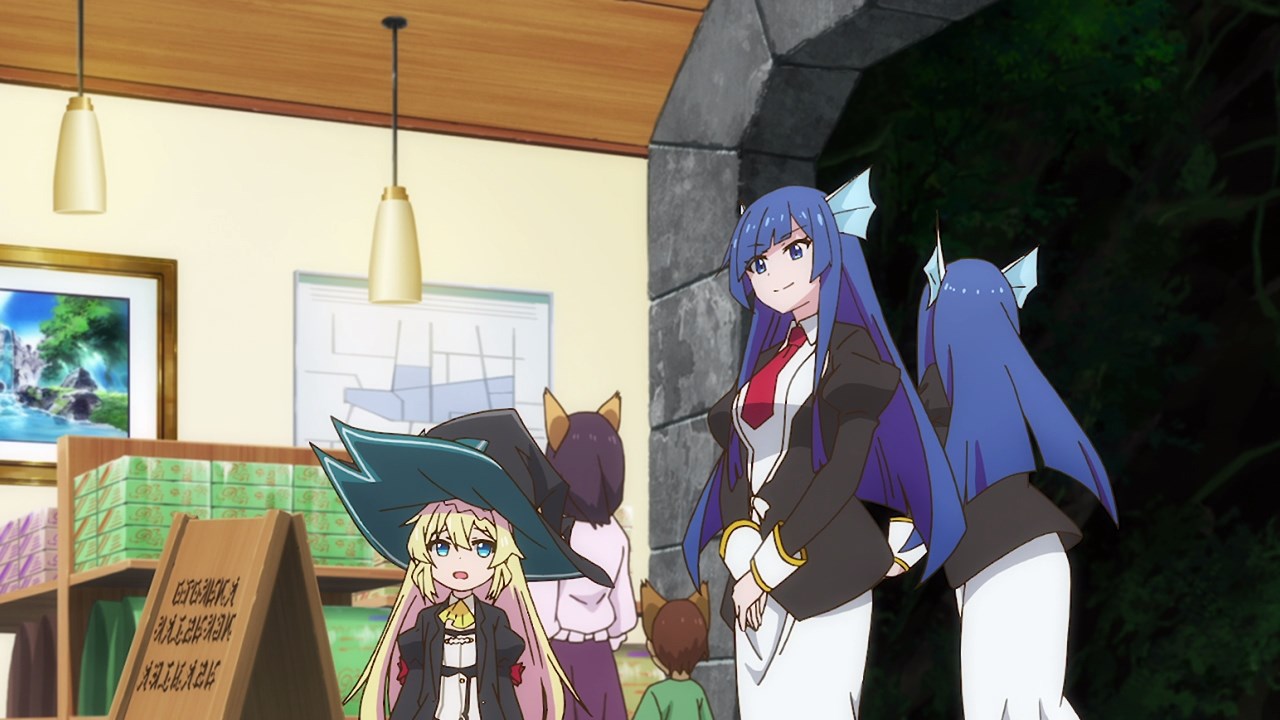 Turns out that the World Tree has become a tourist attraction among demons, although they have to pay a large sum of cash if they want to use the elevator.

Of course, Azusa and the rest will climb their way to the top, so no elevators for them because those are expensive. 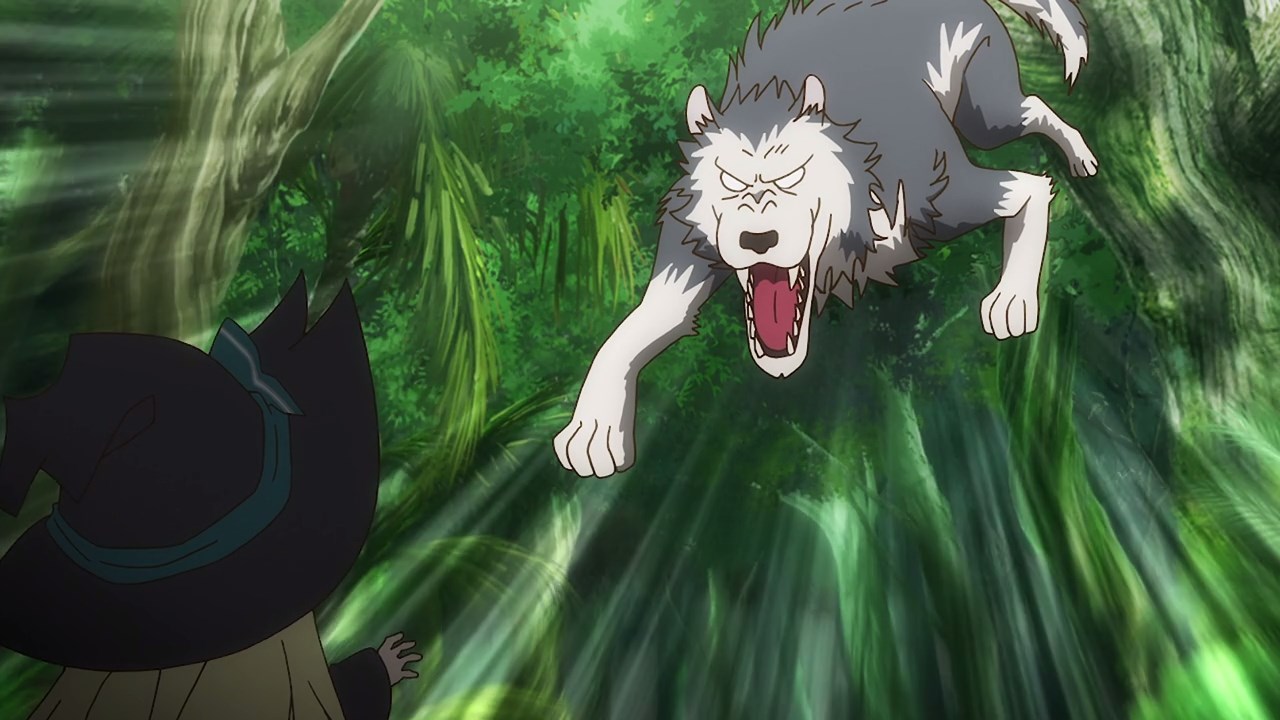 Unfortunately, not all of the floors have turned into tourist attractions as Azusa and the rest encountered wild monsters… 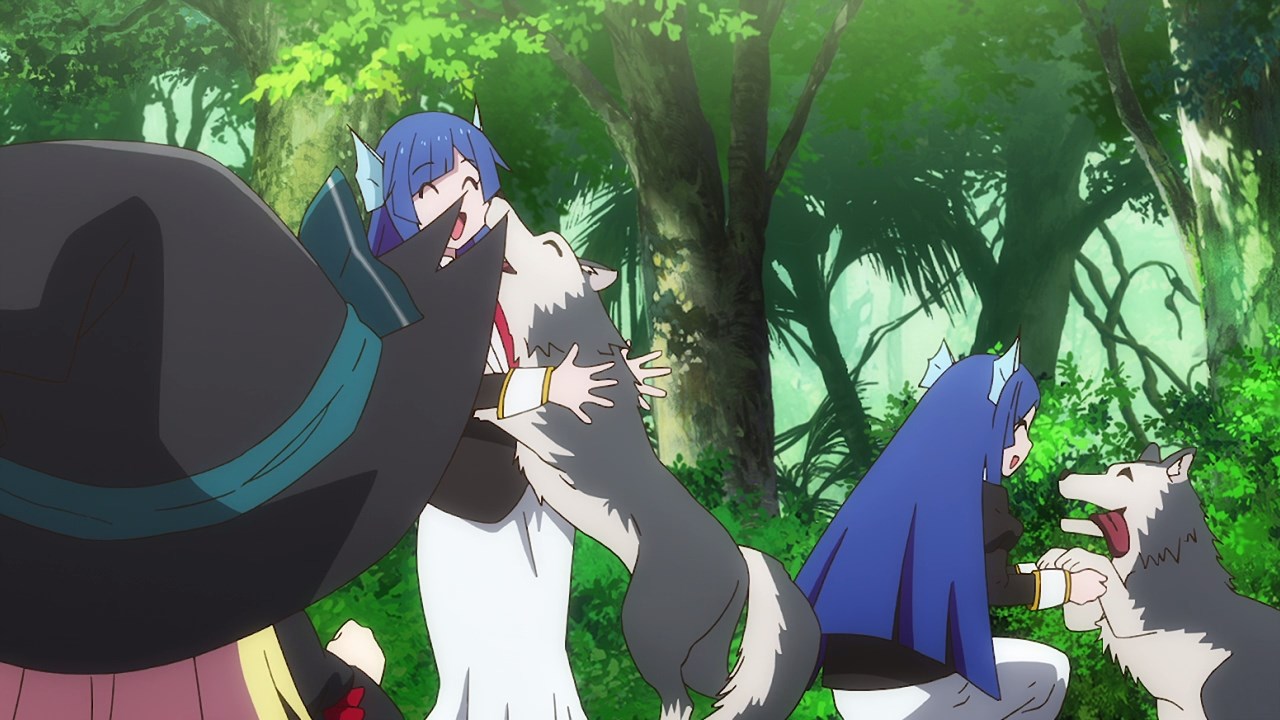 …only to find out that they’ve become domesticated animals. At this point, the witch won’t expect any danger upon climbing to the top floor. 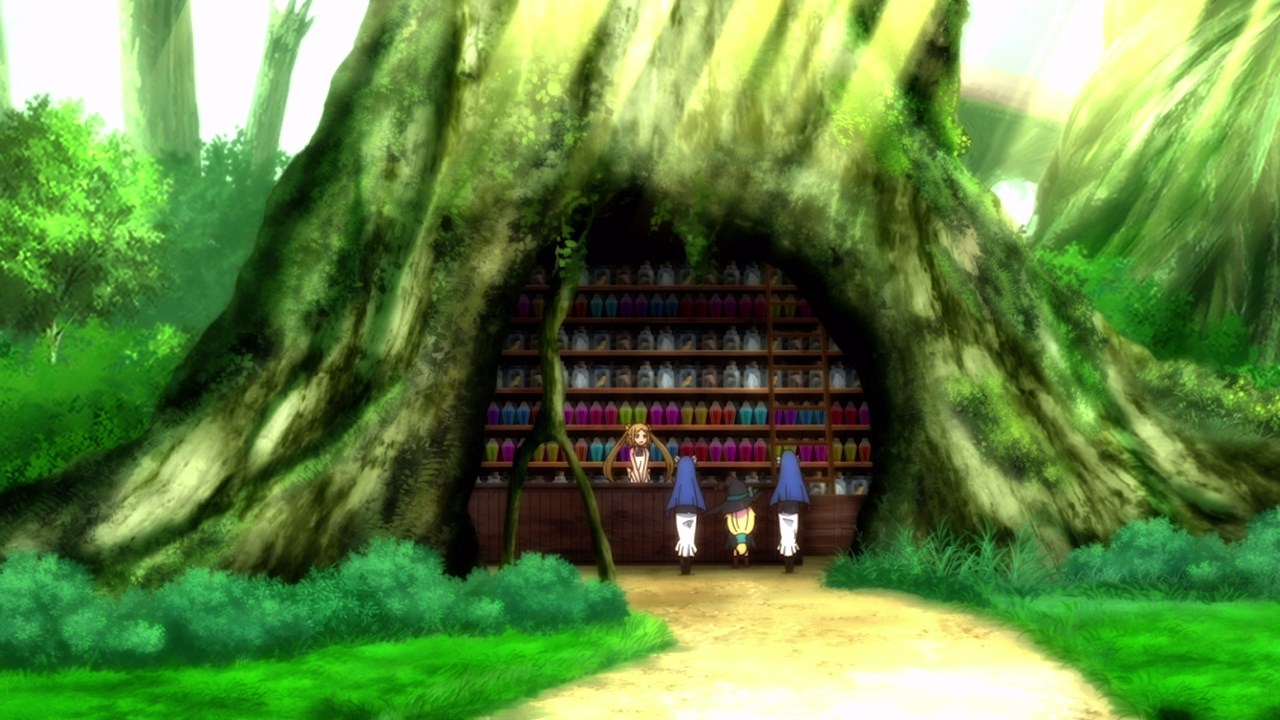 But anyways, they finally arrived at the 108th floor where it said that there’s a store that has the age-progressing medicine. Wait, a drugstore at the top floor? 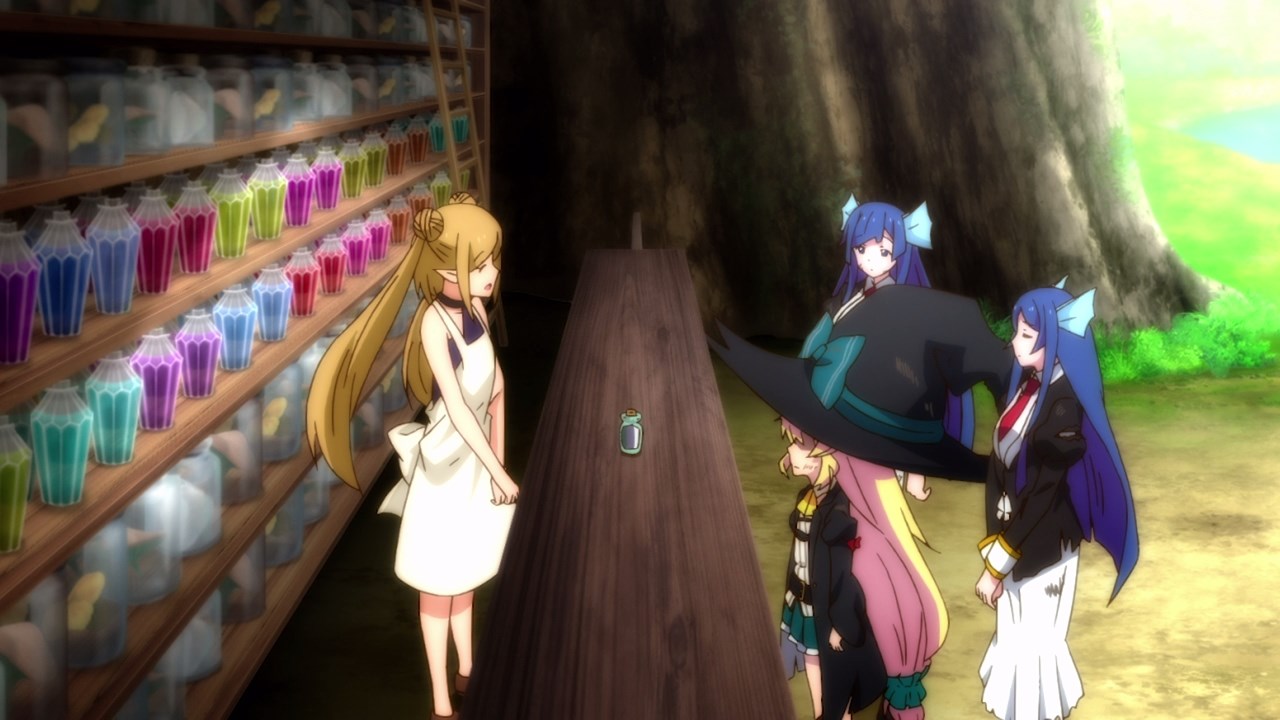 Speaking of the medicine, this storeowner told Azusa Aizawa that the medicine was created by the Witch of the Cave. 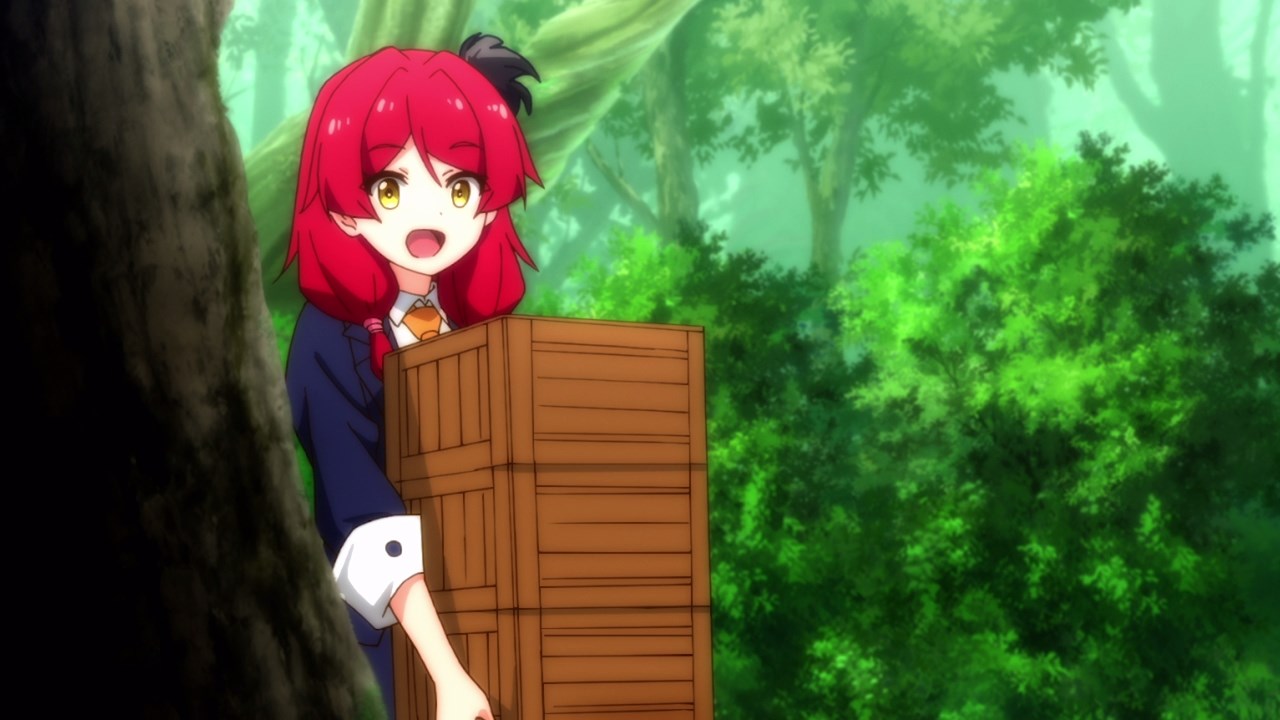 Said witch happened to be Eno where she created various medicines to cure ailments, including mushroom-related illnesses.

Oh by the way, Eno told Azusa that she deliver her medicines to the top floor via a dragon ride. Wait a minute, a dragon ride towards the 108th floor?

You know something, I think Lord Pecora tricked Azusa on climbing towards the World Tree because she wants the witch to suffer! 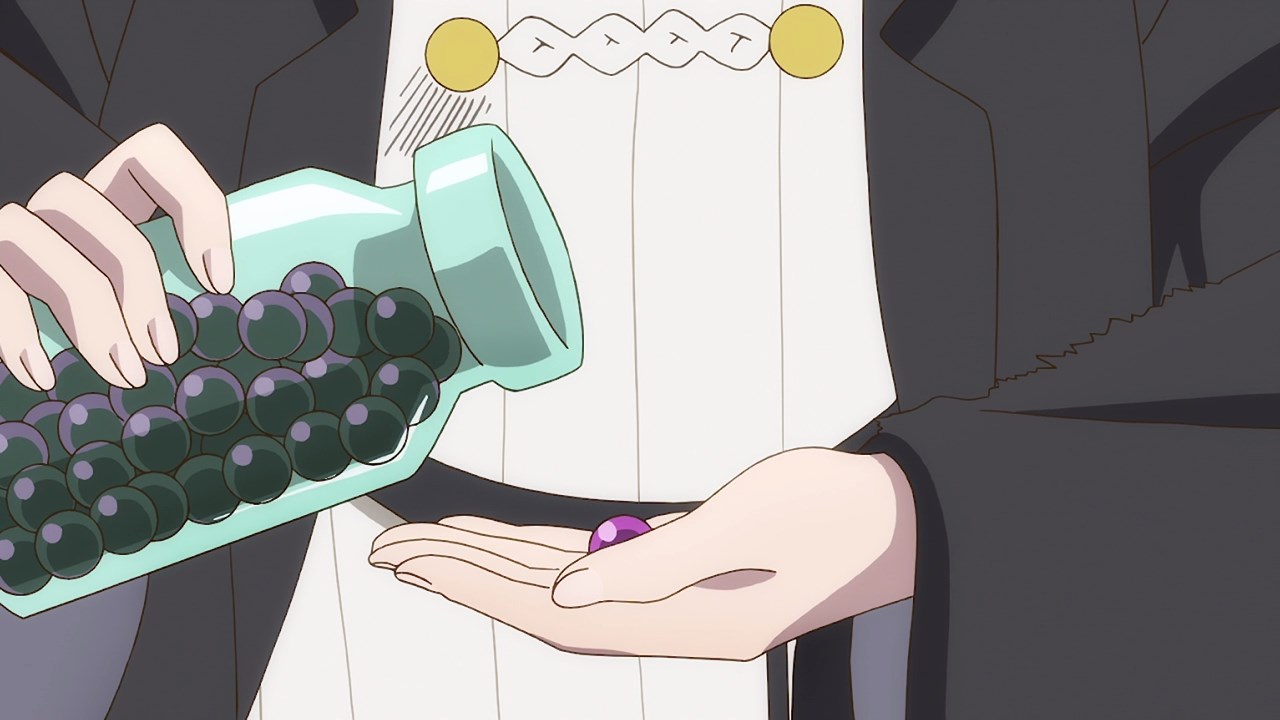 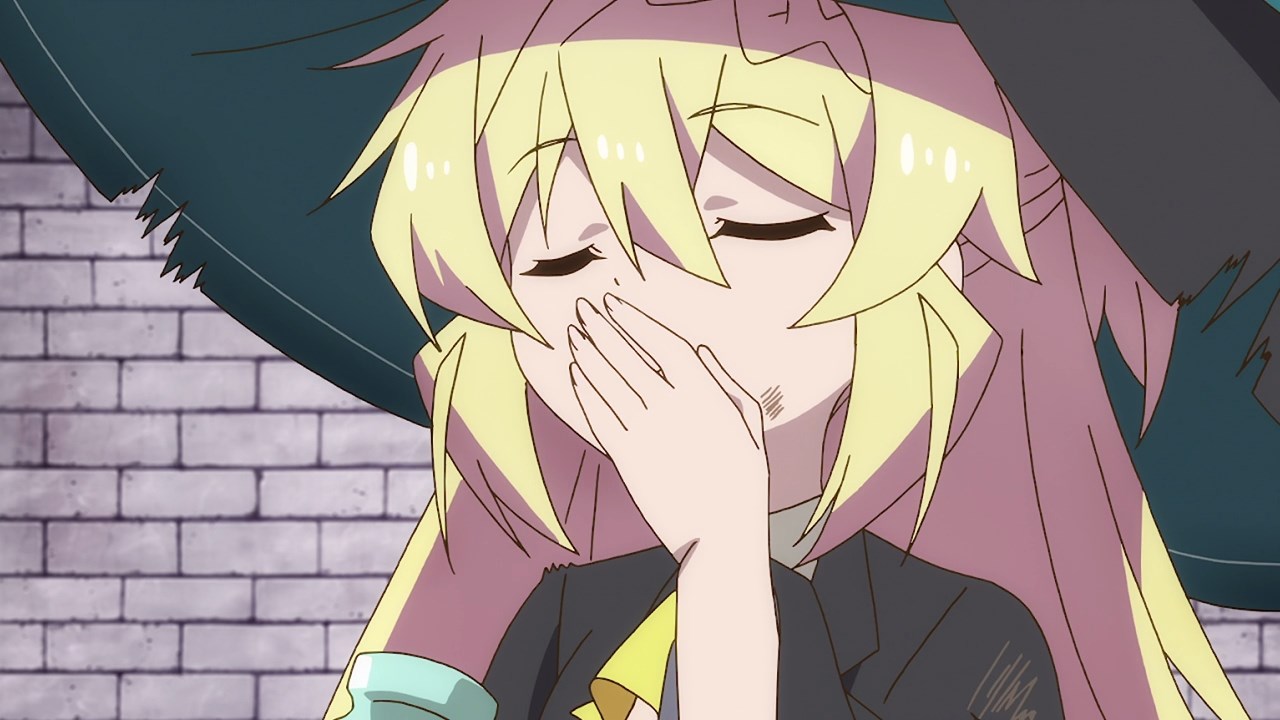 But anyways, Azusa Aizawa bought the medicine and swallow it. Let’s hope that she returns to her adult- Wait a minute, I think she should wear some adult-size clothes first!

Unfortunately, Azusa forgot to wear adult-size clothes as her current getup have ripped to shreds. 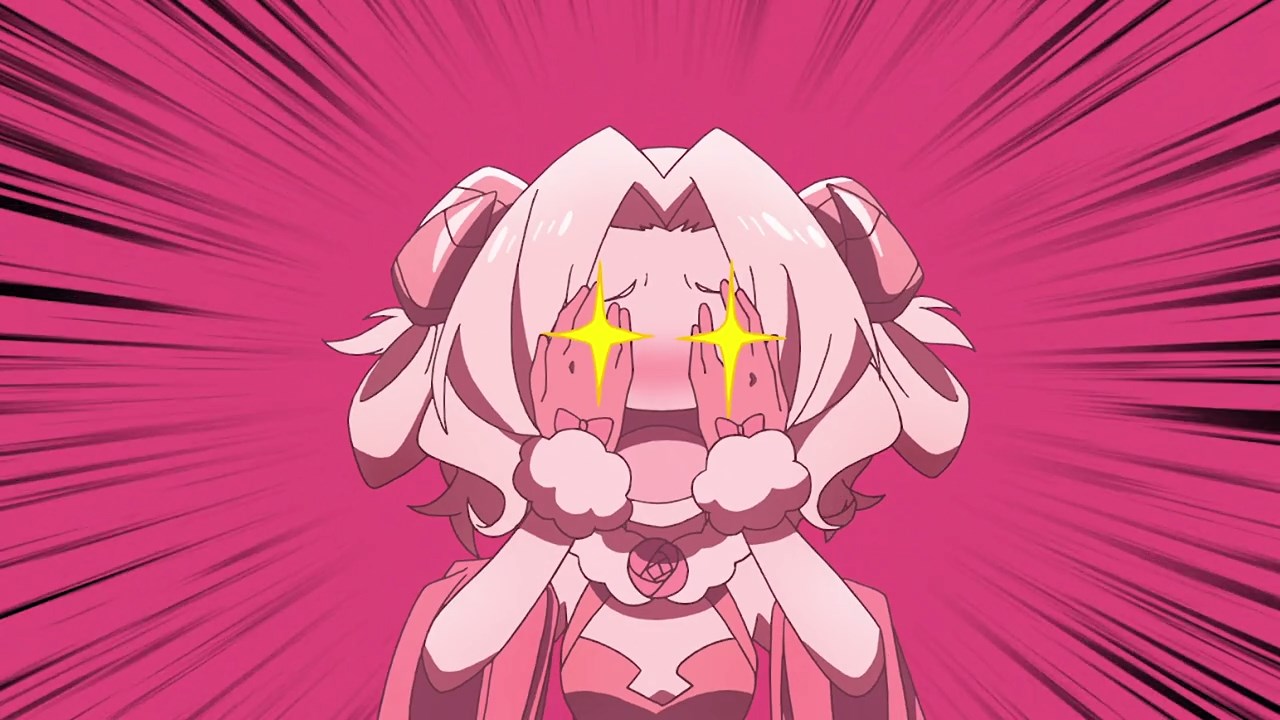 Also, looks like Lord Pecora is happy to see Azusa’s semi-naked body. You know what, I think it’s time for these girls to hit the hot tub!

And so, let’s end this episode where Lord Pecora chases Azusa Aizawa while the rest are relaxing at the hot springs. Man, Lord Pecora has become Kuroko Shirai as she wants to fondle Azusa’s breasts!

Well everyone, tune in next time for the final episode where I have a feeling that it’s not gonna be a dramatic one.