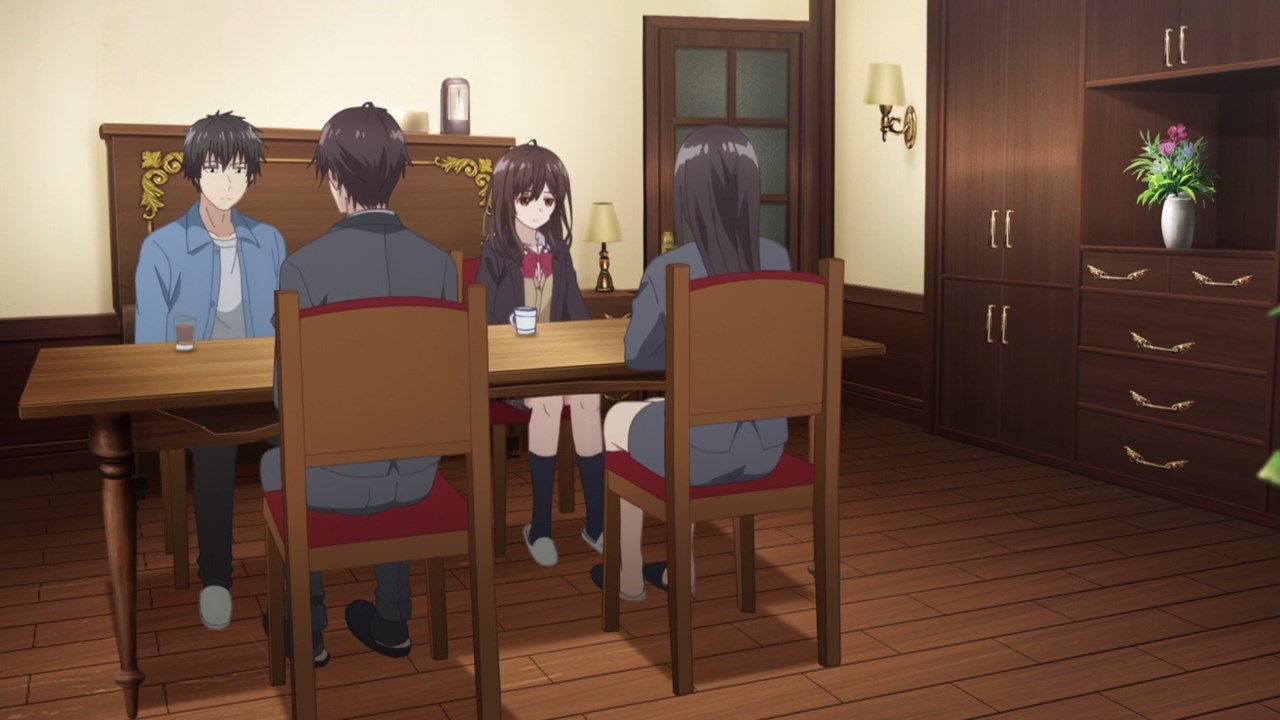 Well everyone, this is the most tense family discussion ever where Sayu Ogiwara will talk to her mother, although Mrs. Ogiwara will complain on why her own daughter run away to Tokyo for half a year. 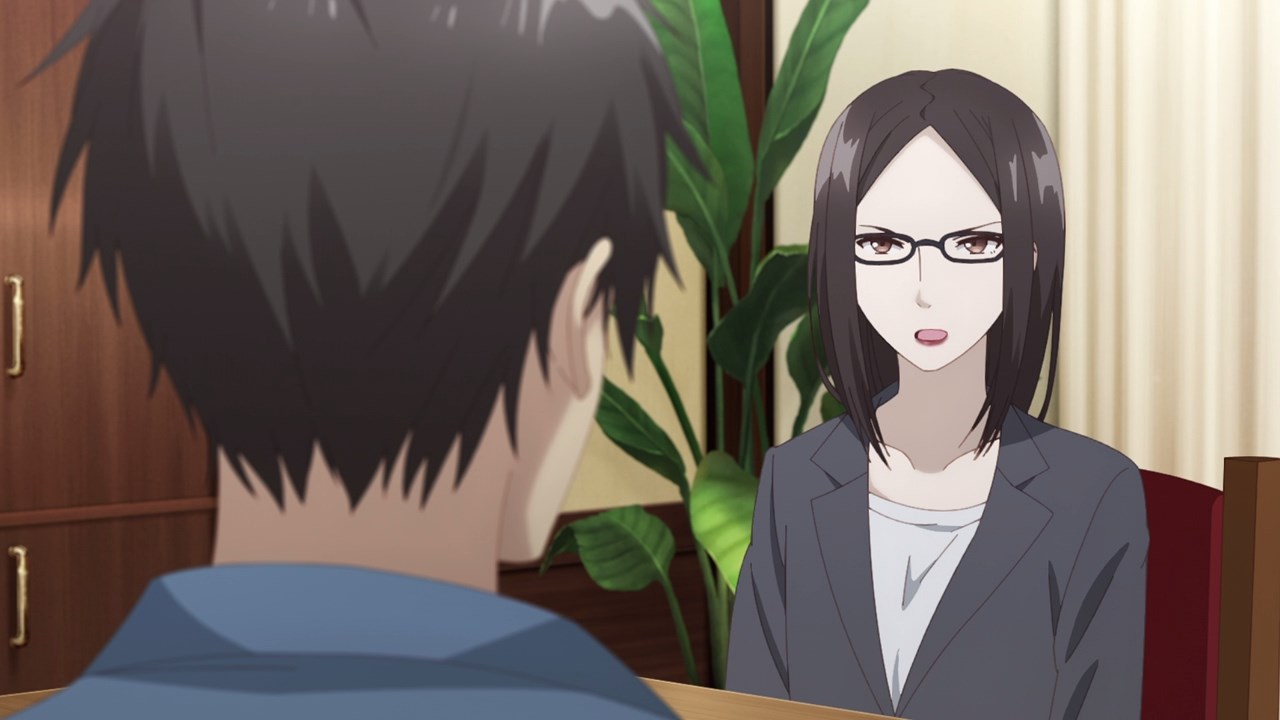 Furthermore, Mrs. Ogiwara accused Yoshida-san of taking her daughter to his apartment, despite the fact that he didn’t do any sexual favors towards Sayu.

Sure that he’s in the wrong because he took a runaway girl, but Yoshida-san is a kind person where most of the men used Sayu as a sex partner and got away with it, including Kyouya Yaguchi. 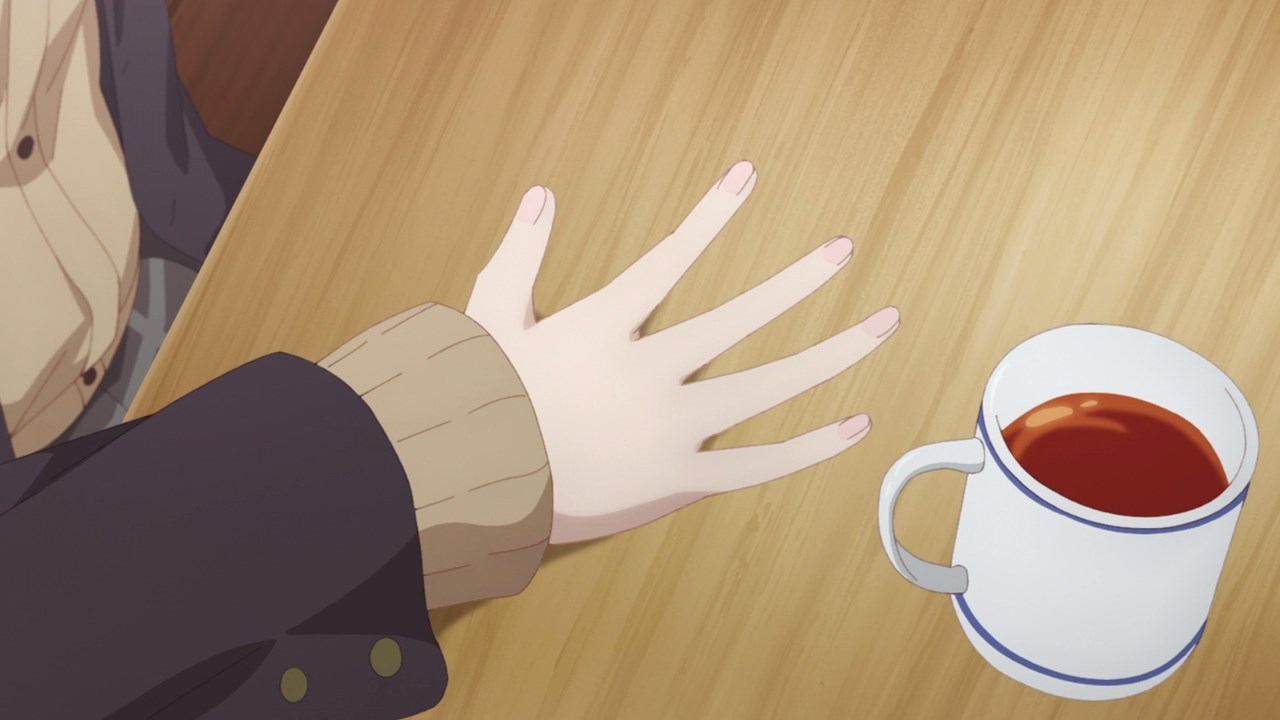 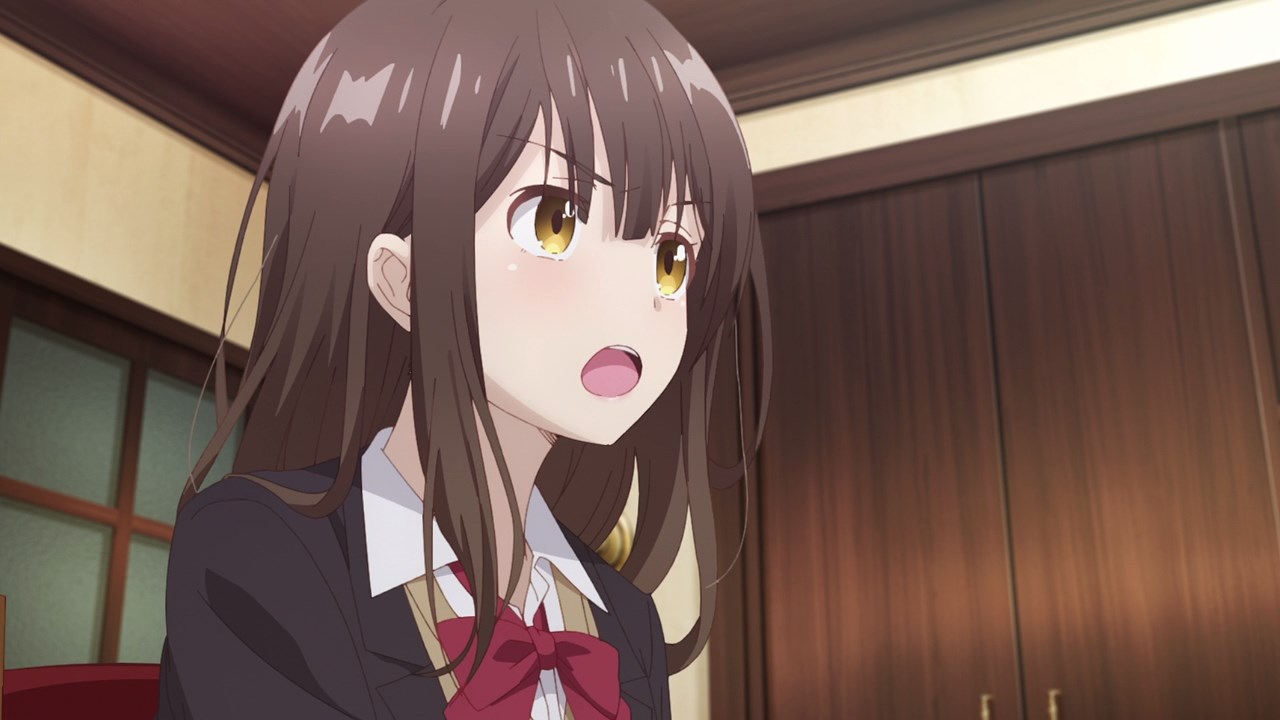 Of course, Sayu got really angry towards her mother because she badmouths anyone including Yuuko Masaka and forgets everything Sayu says to her. Basically, Sayu’s mother became a self-centered bitch after her husband left her. 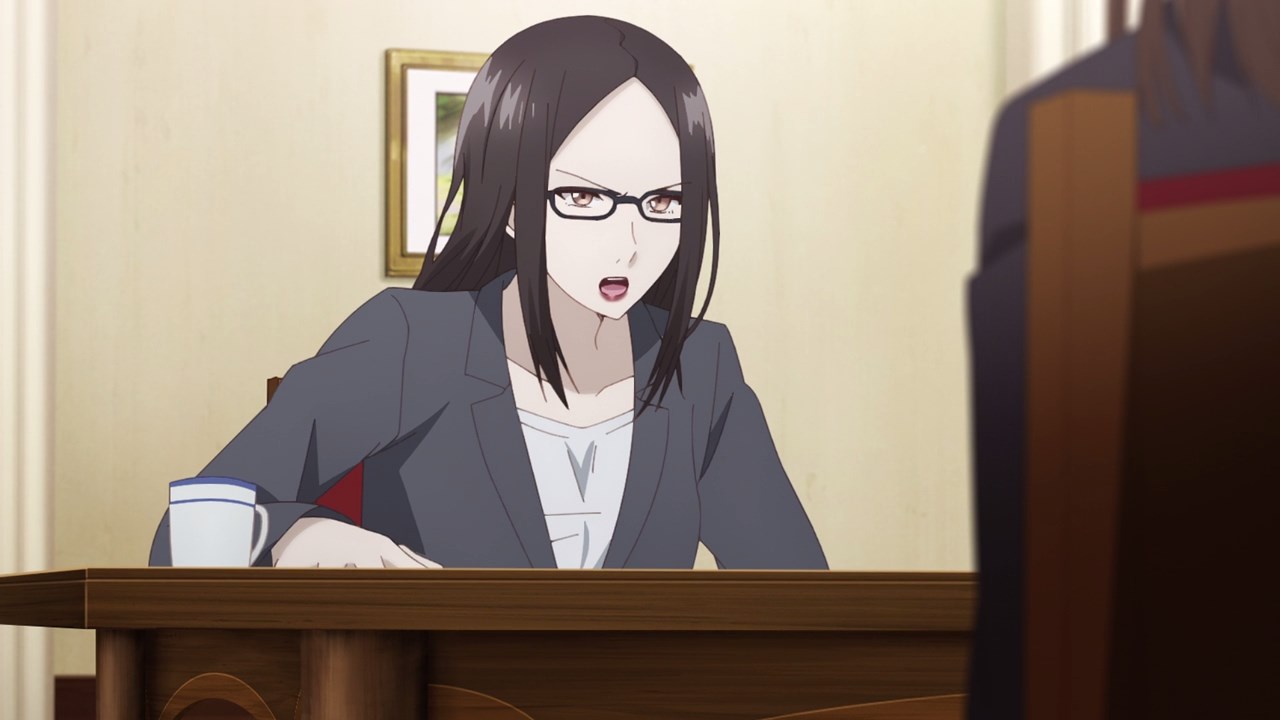 But speaking about her mother, Mrs. Ogiwara said something terrible where she told Sayu that should have never been born in the first place. 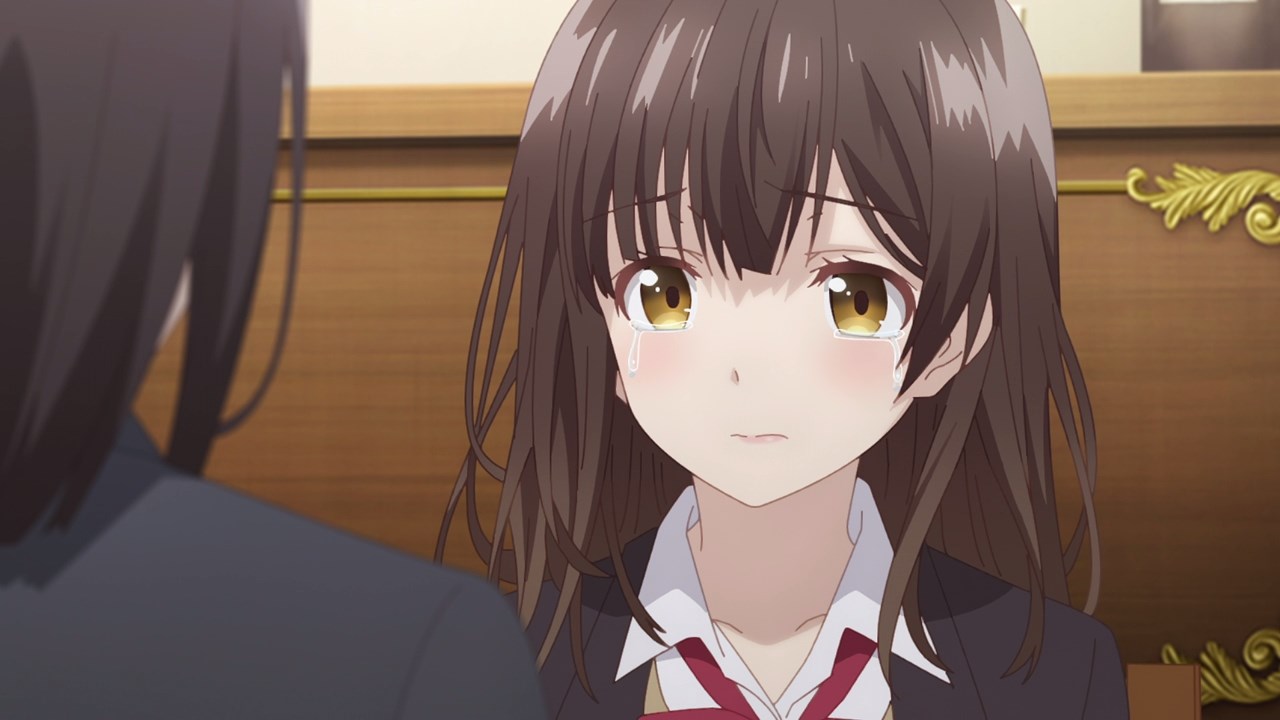 And when Sayu heard those harsh words, her heart just broke into pieces. God, she’s worse than I thought! 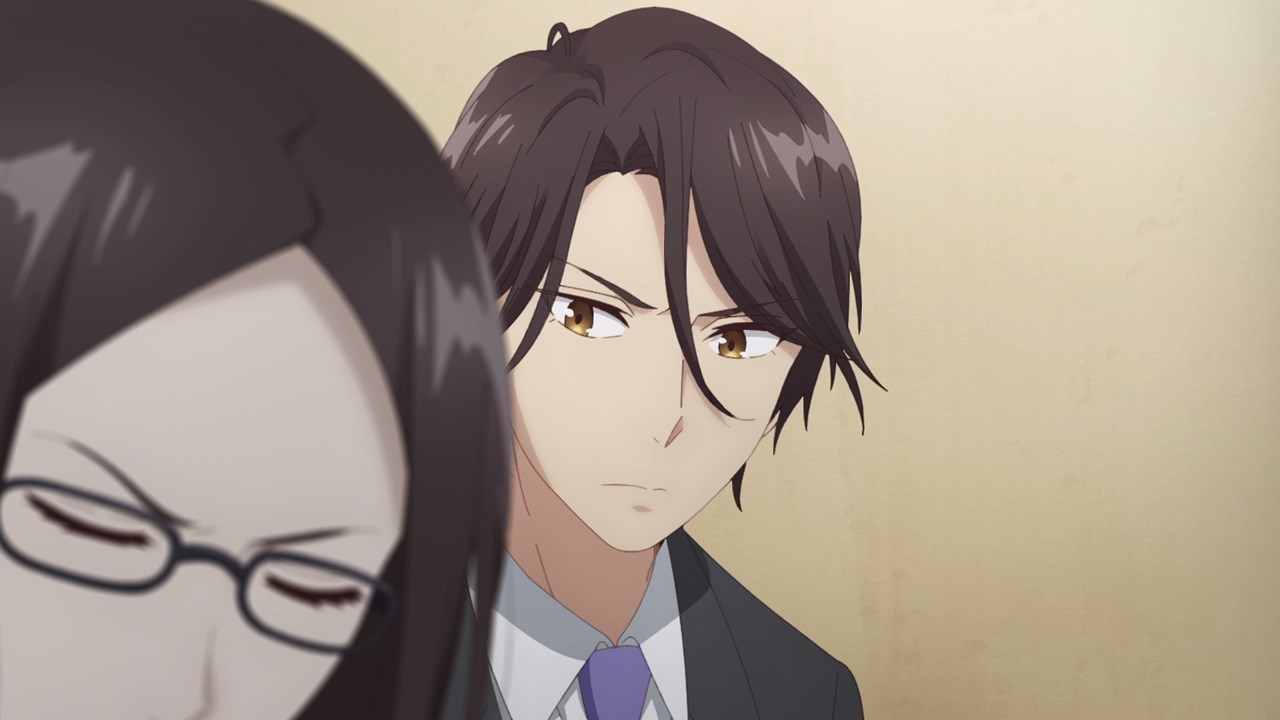 Even Issa can’t believe that his own mother would say something towards Sayu. At this point, Mrs. Ogiwara is beyond redeemable. 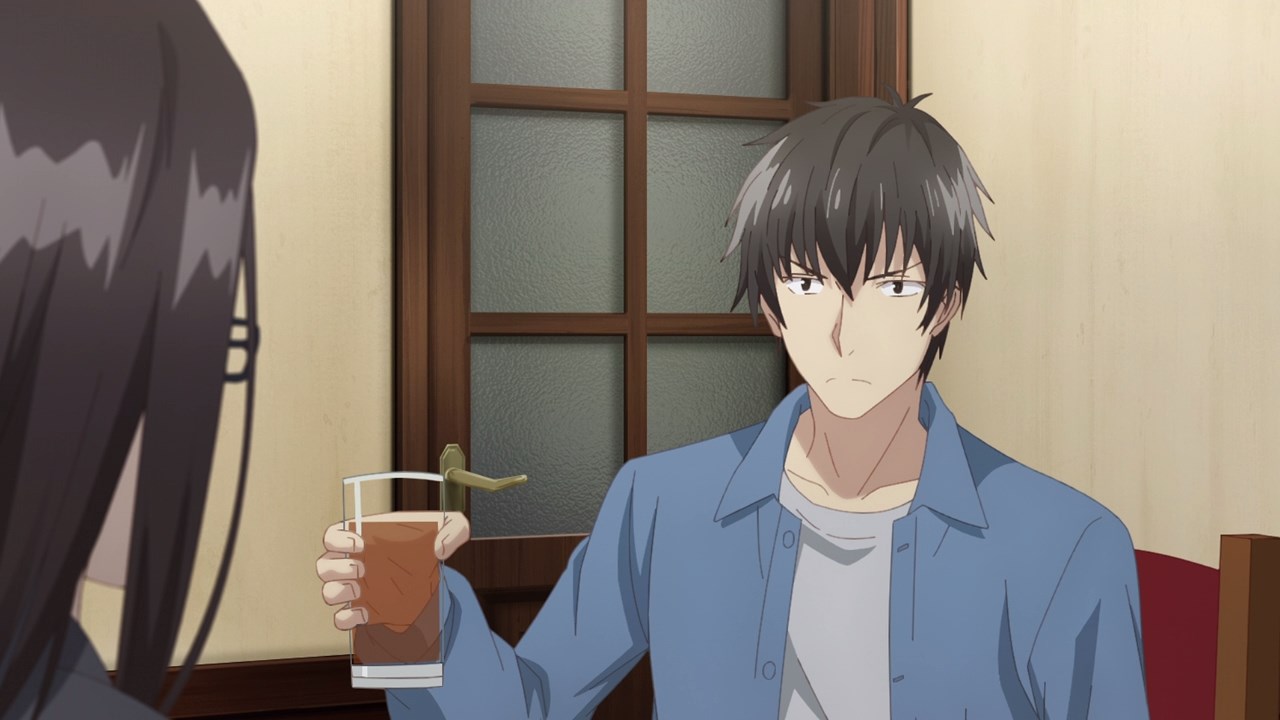 Of course, there’s Yoshida-san where he’s about to throw a glass of tea towards Sayu’s mother for telling her own daughter that she should’ve been born to begin with… 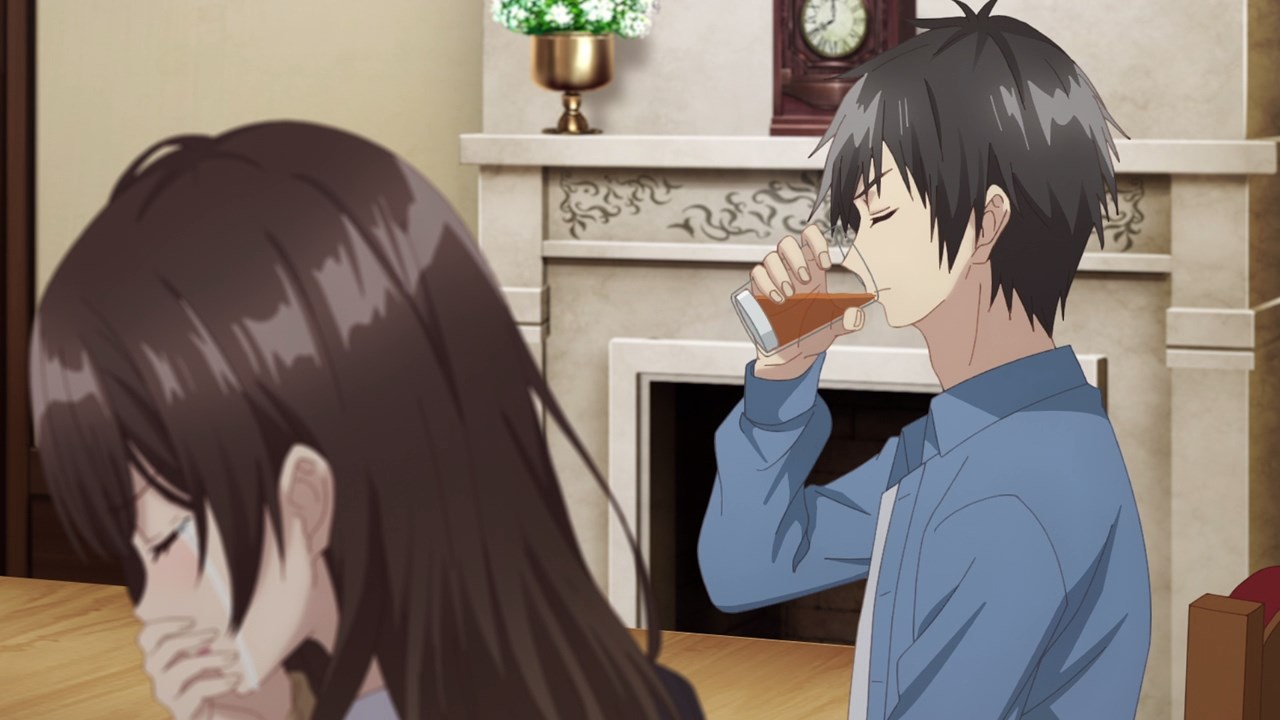 …only for the salaryman to hold back and drink his glass of tea. Yes, he’s really angry towards Mrs. Ogiwara, but Yoshida-san wants to keep his cool. 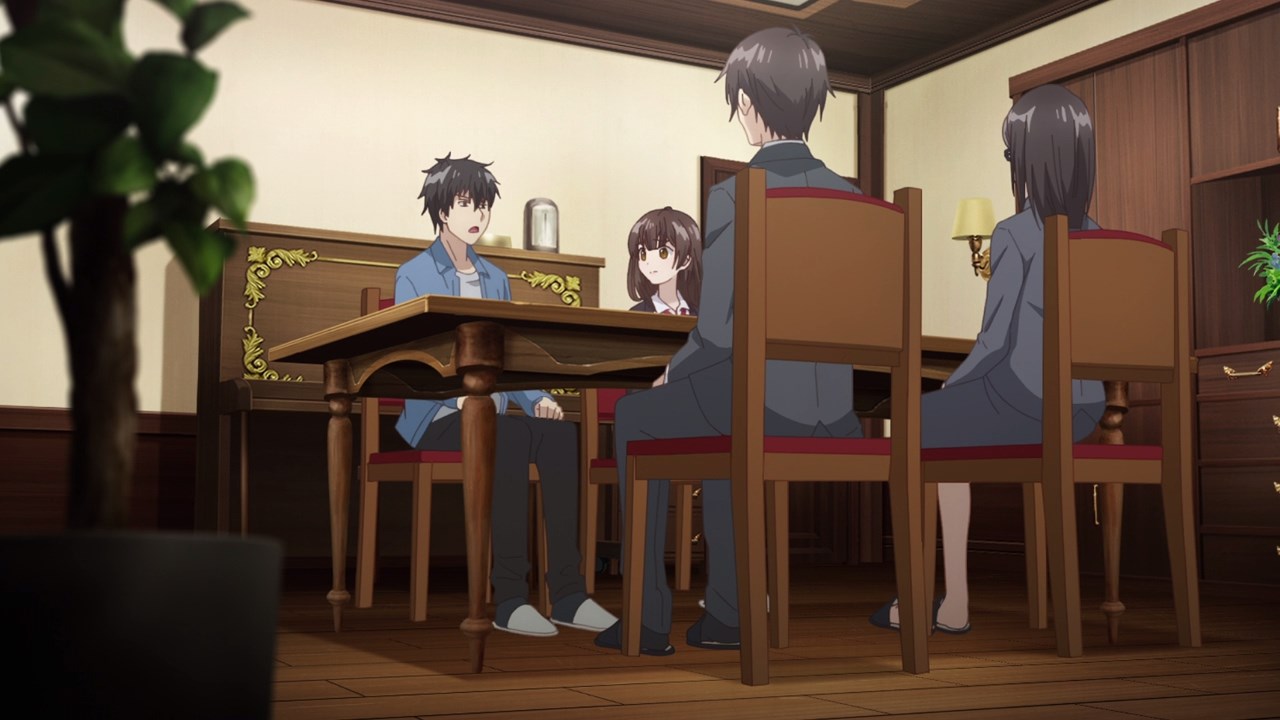 Anyways, he told Mrs. Ogiwara that parents can’t choose their children and vice versa, therefore Yoshida-san told Sayu’s mother that it’s her responsibility to raise her child until she can survive on her own.

Of course, should Mrs. Ogiwara can’t take care of her own daughter, Yoshida-san will adopt Sayu but he can’t do that right now in the legal sense. I mean, things would get complicated when it comes to child custody. 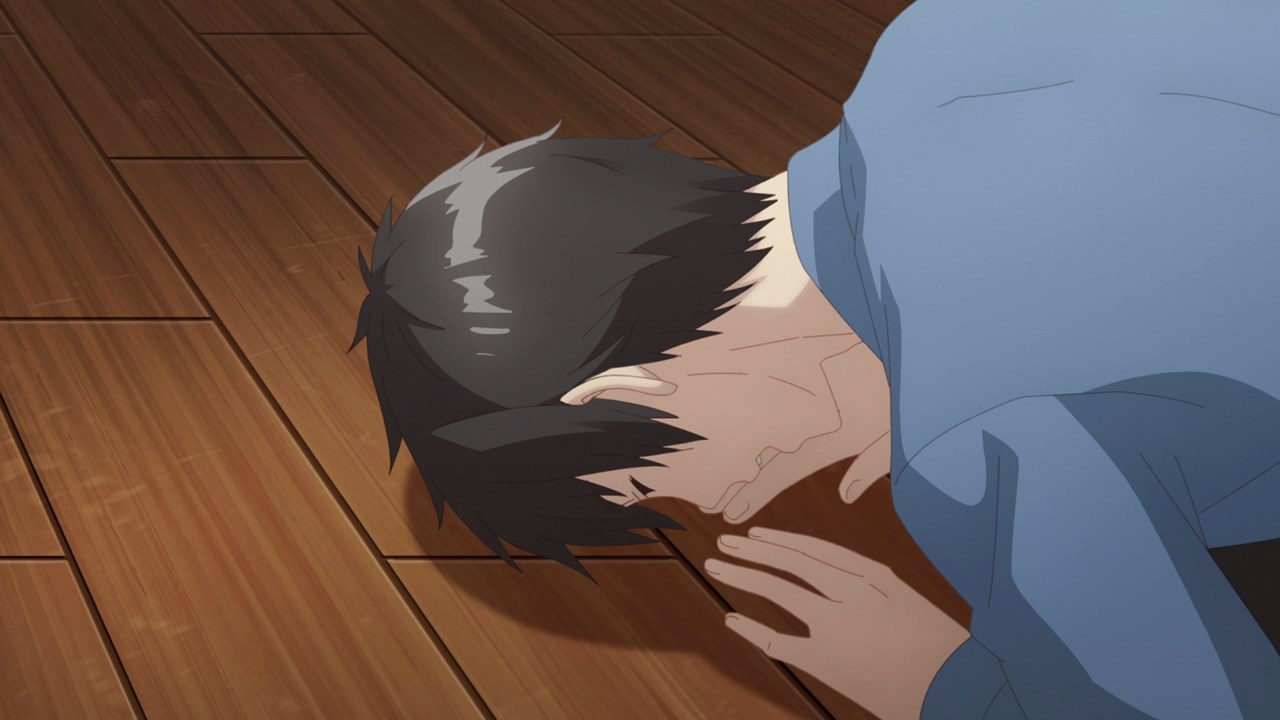 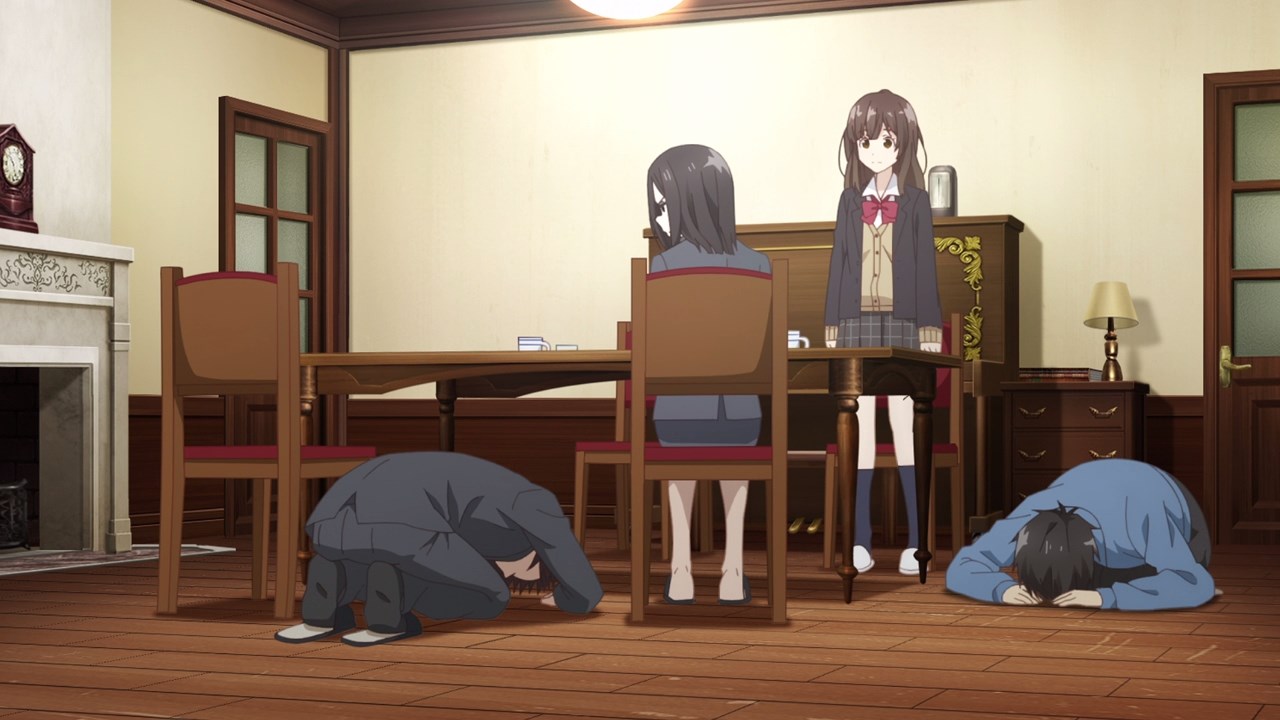 Heck, even Issa Ogiwara joins too as he wants his mother to take care of Sayu until she becomes an adult. It’s nice that Yoshida-san and Issa is helping Sayu by showing humility. 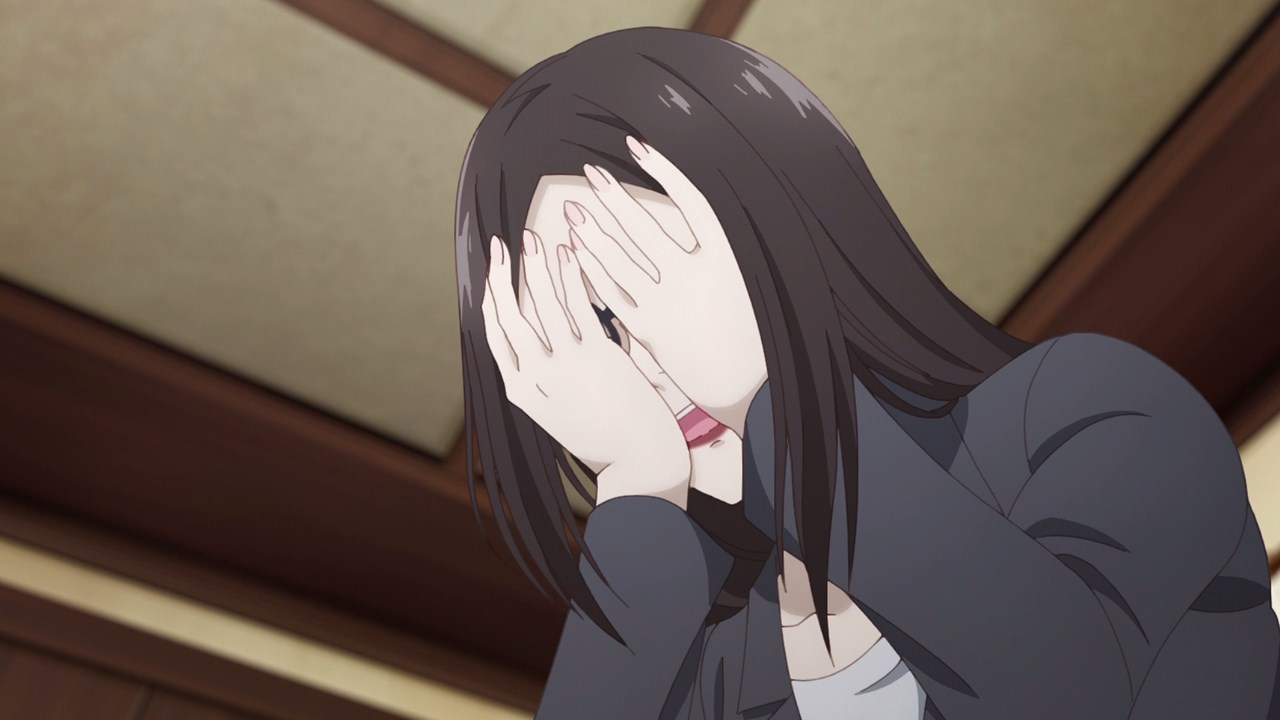 Then again, Mrs. Ogiwara is getting a bit stressed-out as she tells everybody to get out of her sight. Looks like Sayu’s mother can’t respond properly as she saw two men kowtowing in front of her. 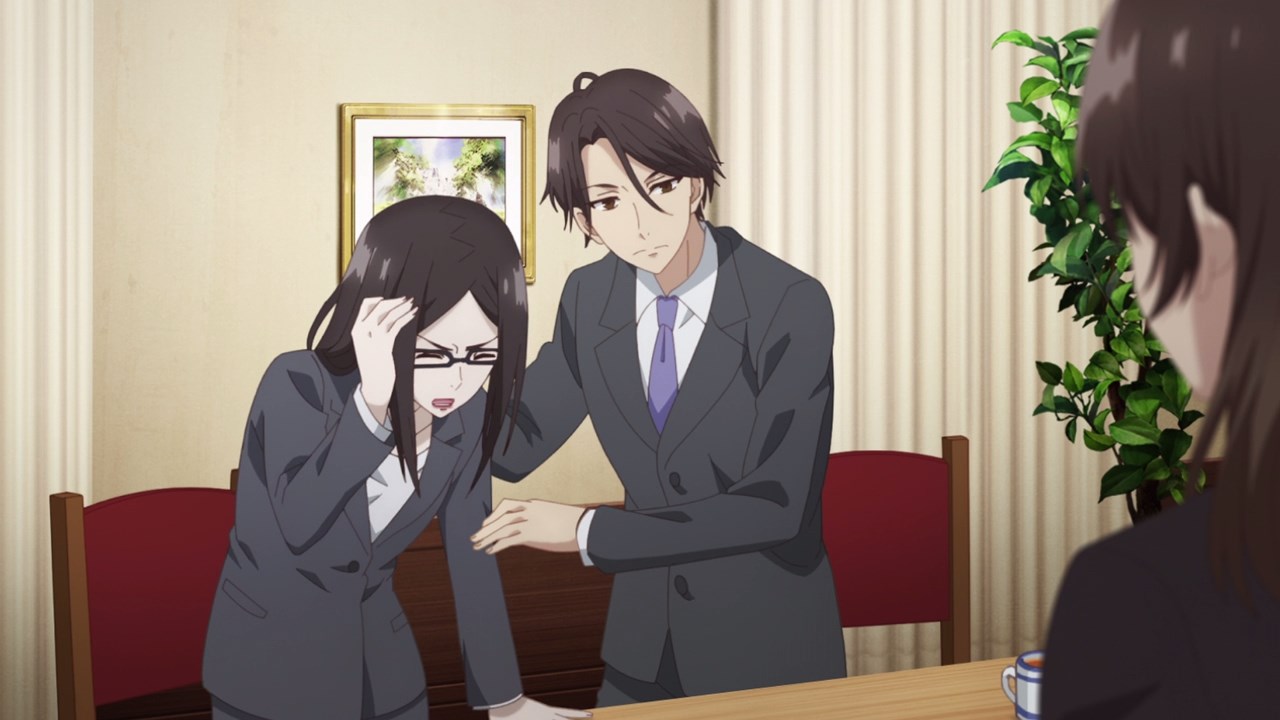 For now, Issa told both Sayu and Yoshida-san to go outside for the time being until Mrs. Ogiwara calms down. 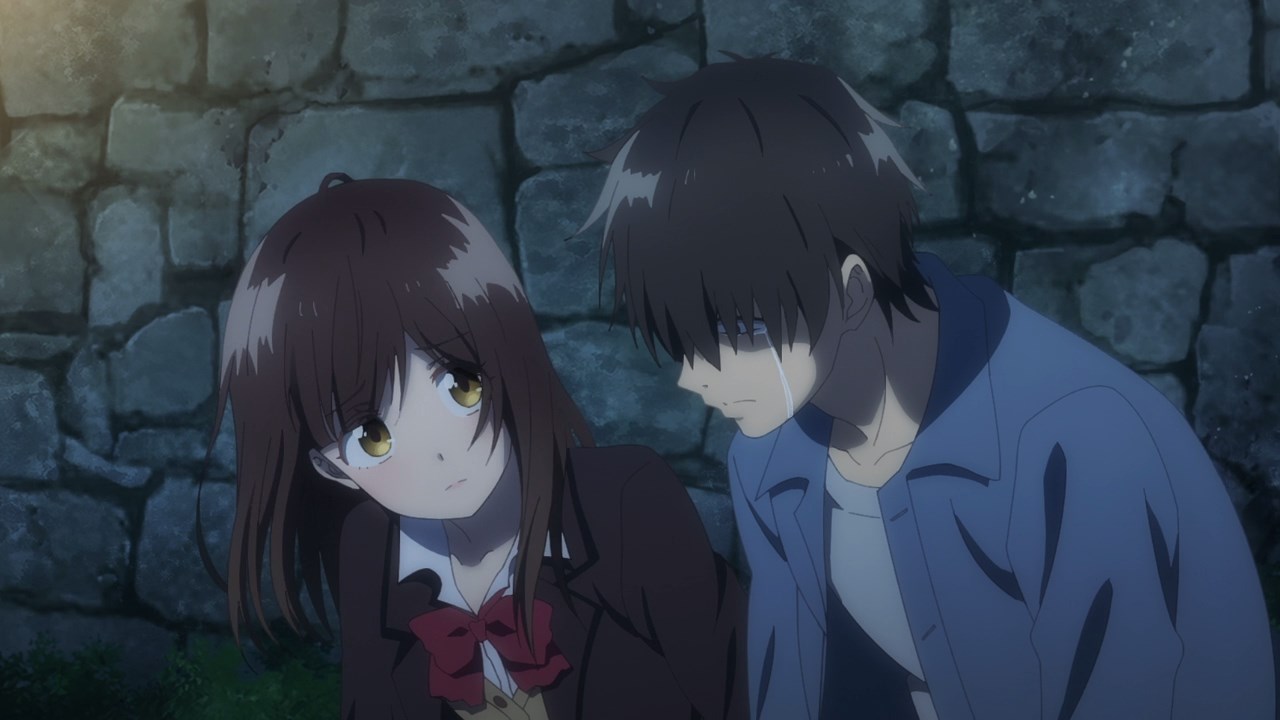 Anyways, looks like Yoshida-san is brought down to tears as he was devastated that Sayu’s mother would say nasty things to her to the point that Yoshida might lose his temper.

Still, I’m glad that Yoshida-san stayed at Sayu’s side as he’s the better parent in my opinion. 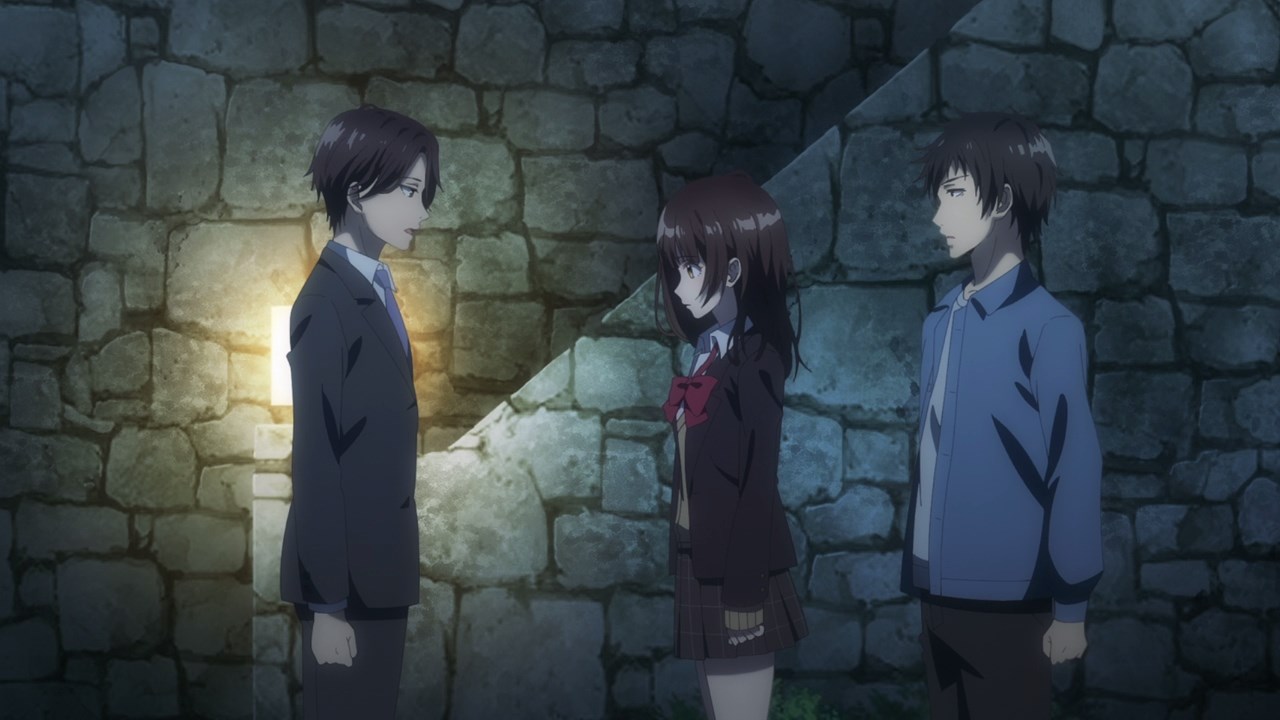 On the other hand, looks like Issa told Sayu that their mother calmed down and settled things.

And while Sayu will stay at the house until she’s graduated, let’s just say that Sayu won’t bother her mother for as long as she won’t cause any problems. Still, I think Mrs. Ogiwara should try to understand her daughter even if it’s gonna take some time. 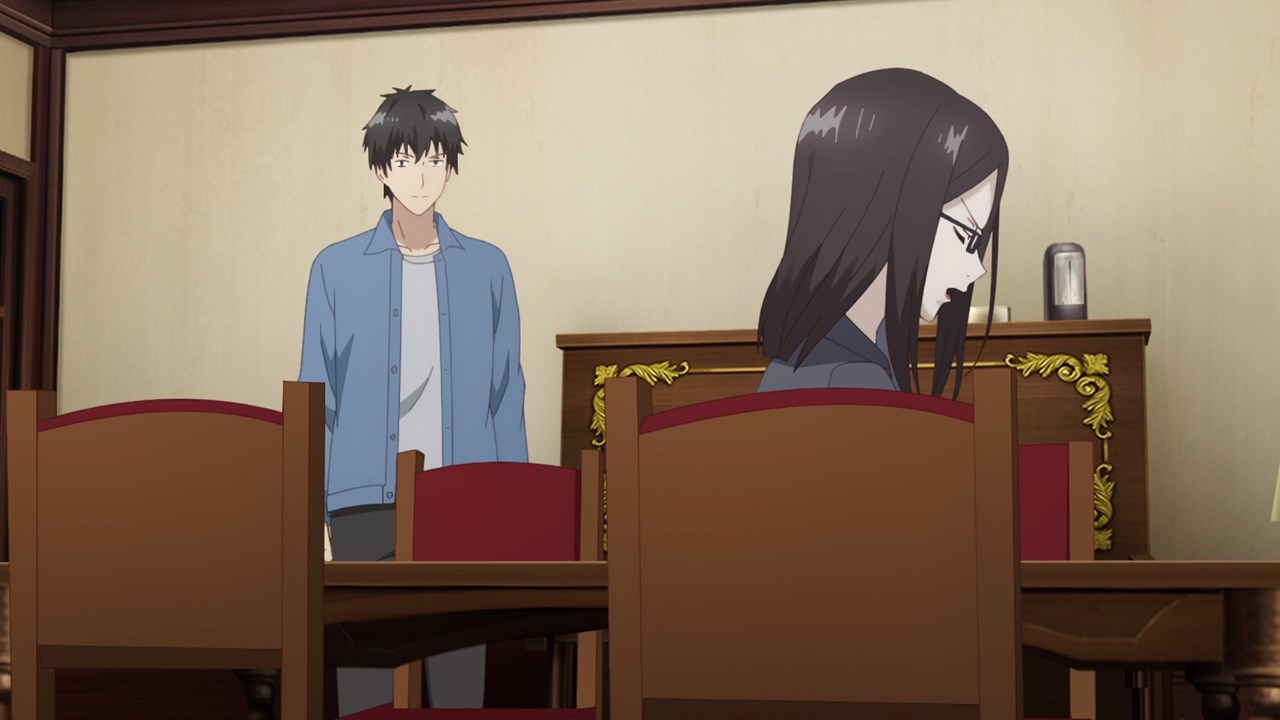 And speaking of Mrs. Ogiwara, she might think about her future with her daughter as I’m hoping that it’ll be a good one. I mean, Yoshida-san’s words affected Sayu’s mother so much.

But that’s about it for this episode as I’ll see you next time for the finale!