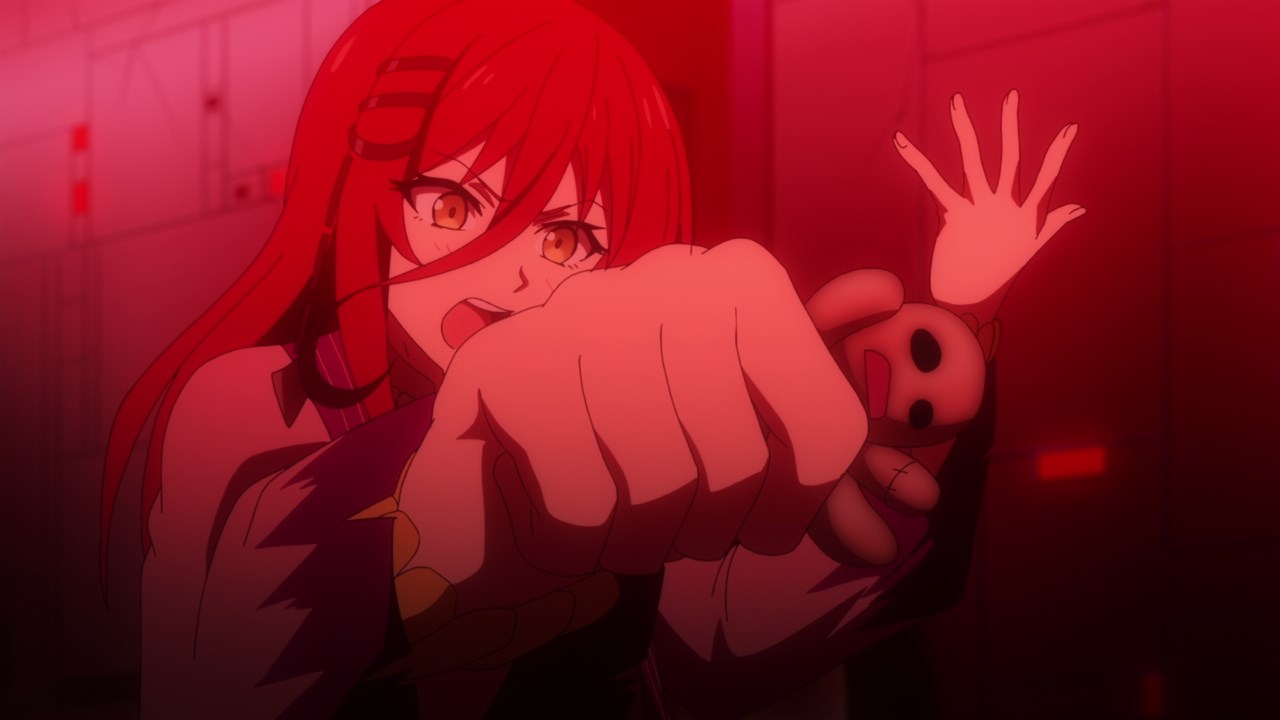 Oh look, it’s Grimm where she’ll show Lord Zenarith’s true powers to everybody as the archpriest casts a powerful curse…. 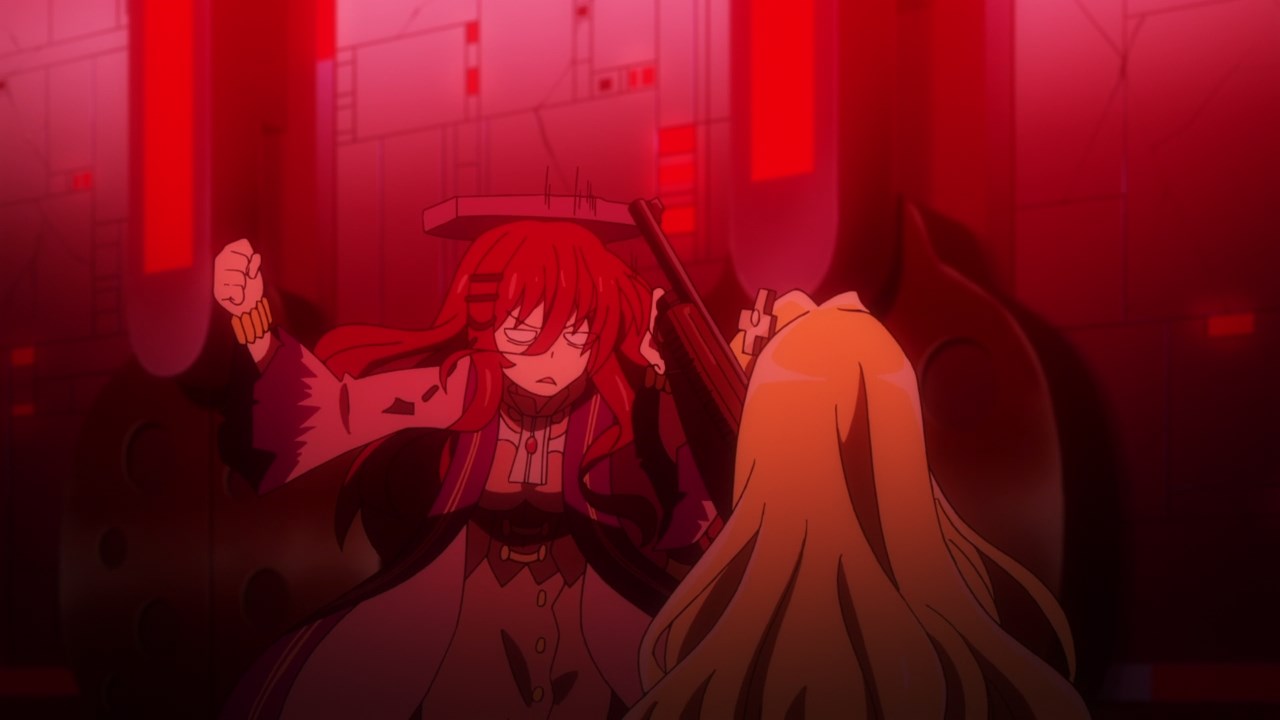 …only to find out that she got knocked-out by her own spell instead. Poor Grimm! 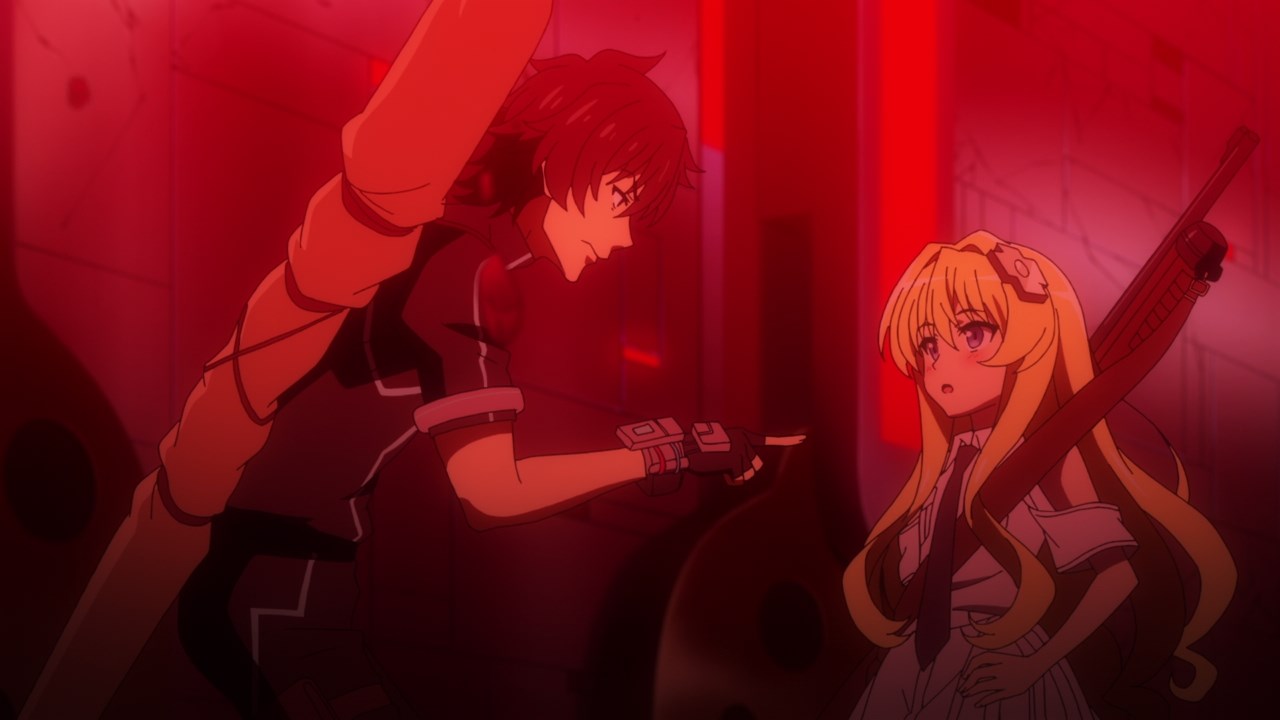 Meanwhile, here’s Alice Kisaragi where she come up with a plan that will defeat the giant robot. Of course, the caveat is that it takes a lot of time and evil points to summon one of the most powerful weapons from Kisaragi Corporation’s arsenal.

Therefore, Alice told Combat Agent No. 6 to distract Russel of the Water until the ultimate weapon is fully-deployed. And sure that he’s up against an invincible giant robot, this veteran combat agent is good at stalling. 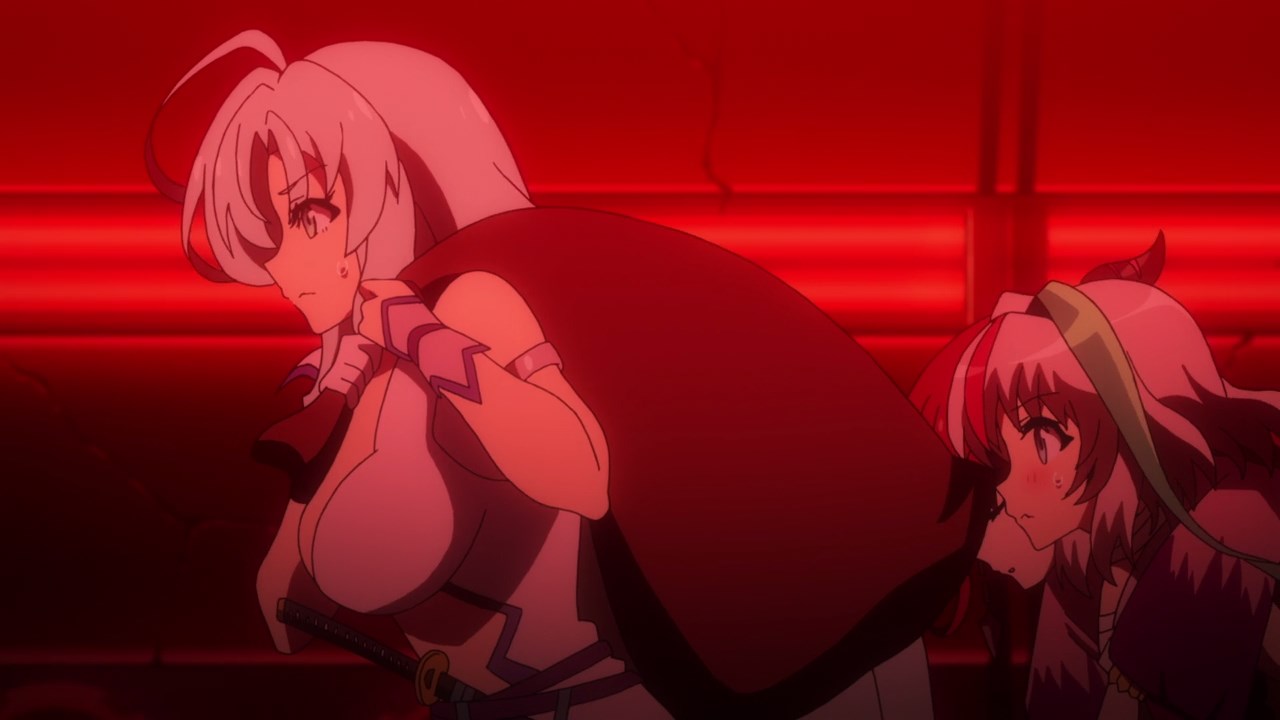 One more thing, here’s Snow where she hauled lots of robot parts as she’s planning to sell it, although I doubt that it’s worth the money.

Also, Rose is carrying Grimm as the archpriest is currently knocked-out cold due to her curse backfiring towards her, meaning that Grimm won’t see the rest of the battle. 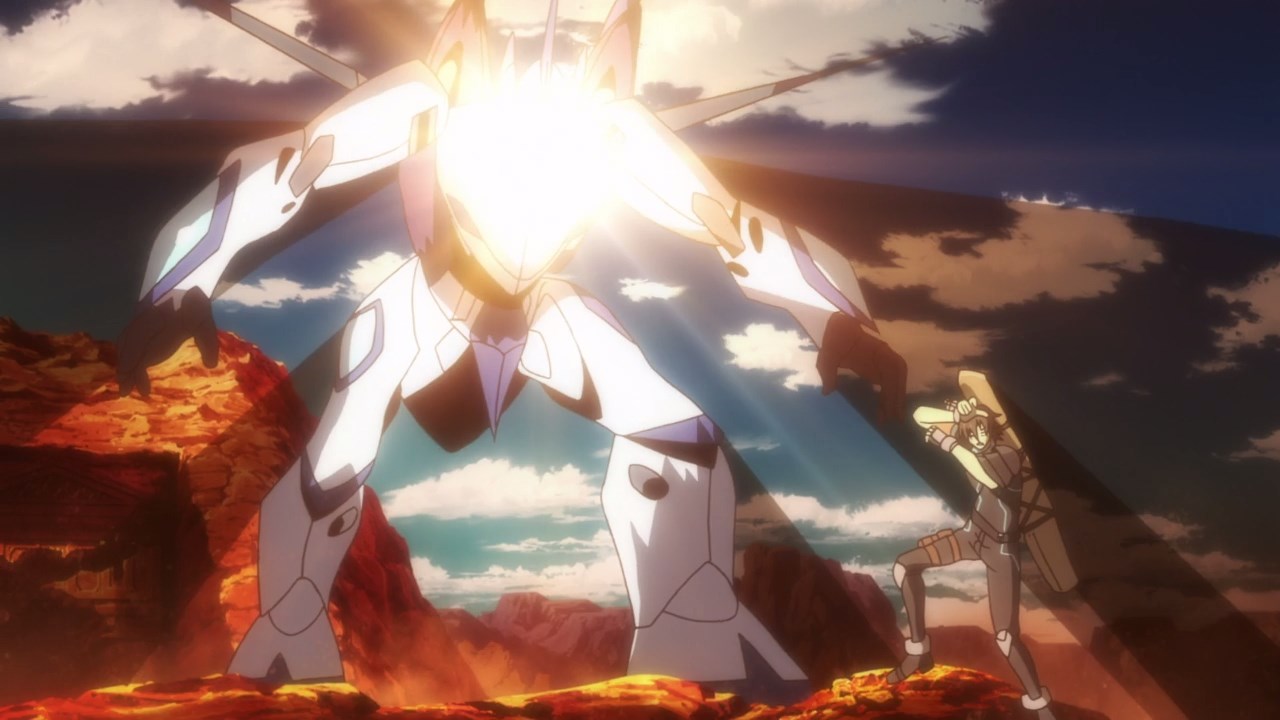 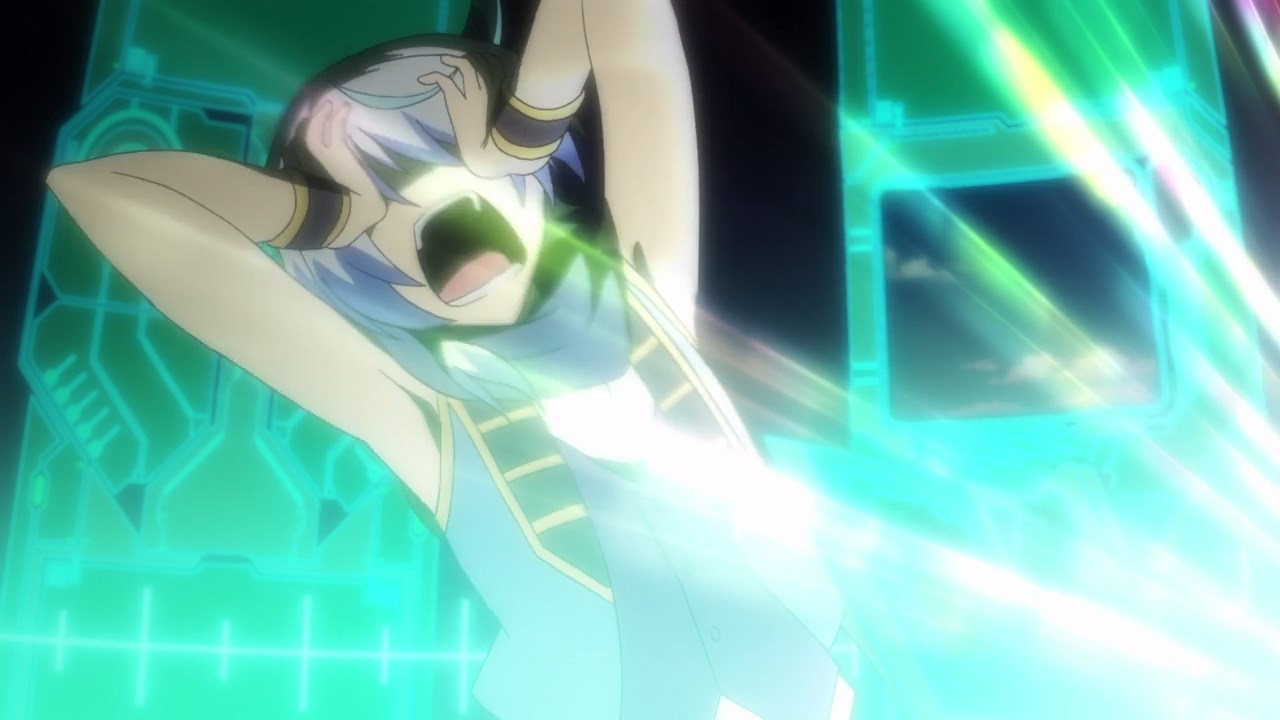 But anyways, here’s Combat Agent No. 6 where he throws everything to distract Russel, even as far as throwing flashbangs to blind the demon general. 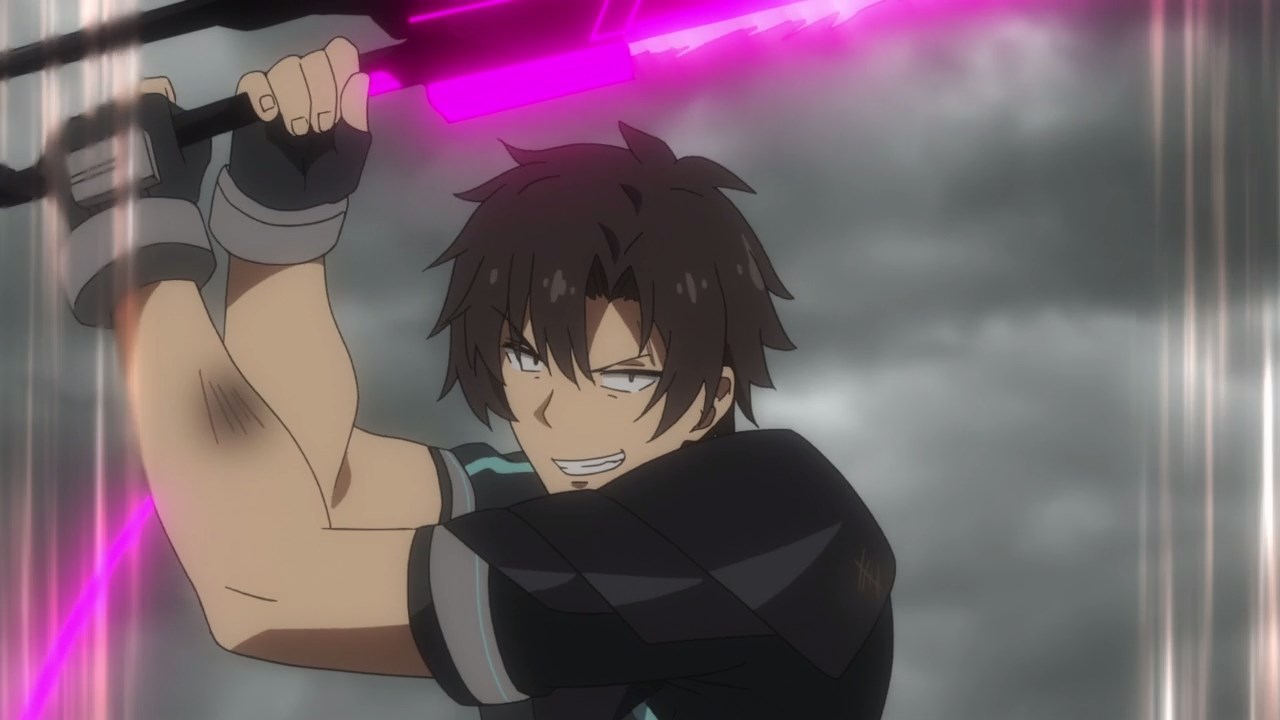 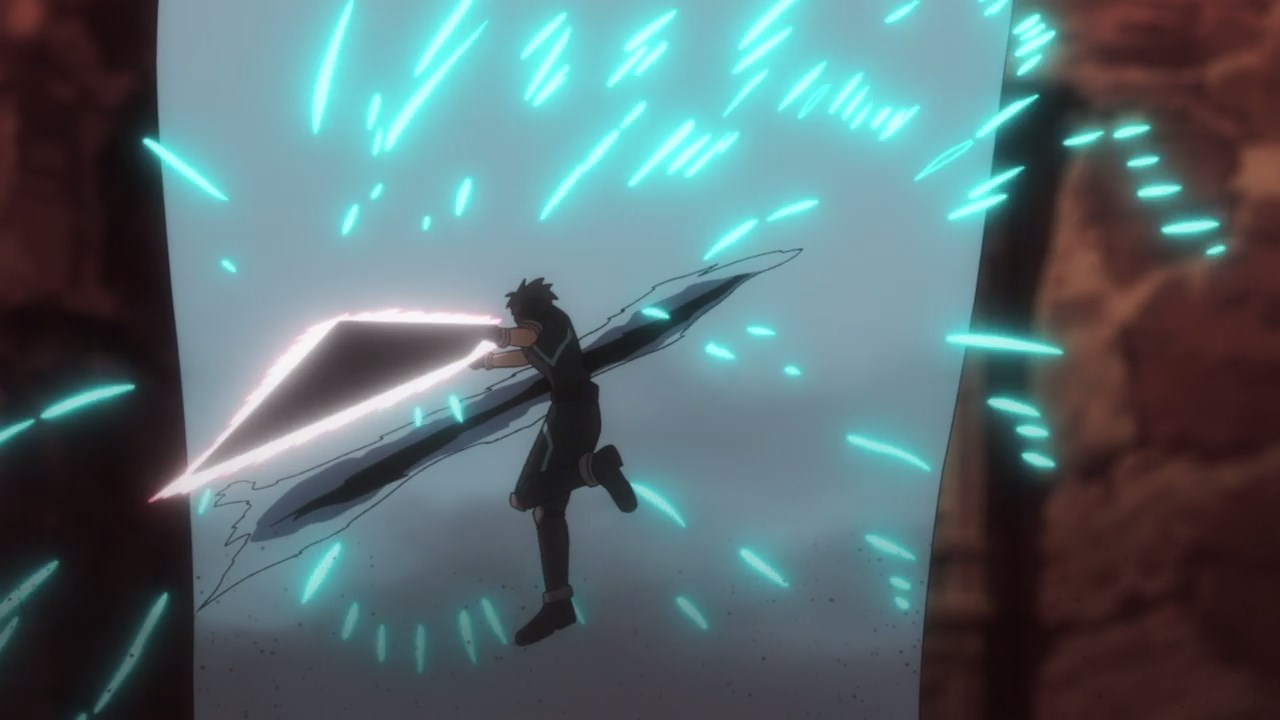 Of course, it’s not enough to cripple the giant robot as No. 6 brought his trusty R-Buzzsaw to cut one of its legs in order to throw the robot off-balance. 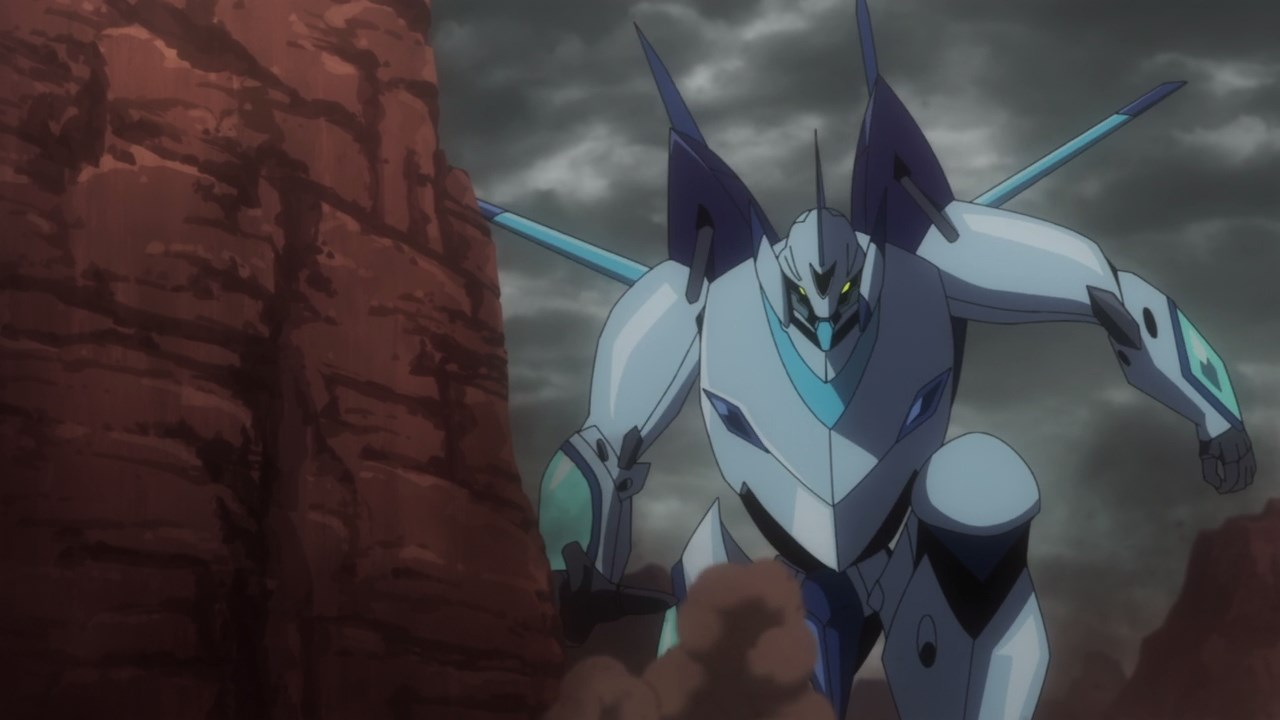 And sure enough, he succeeded as Russel’s giant robot fell down thanks to his trusty R-Buzzsaw. 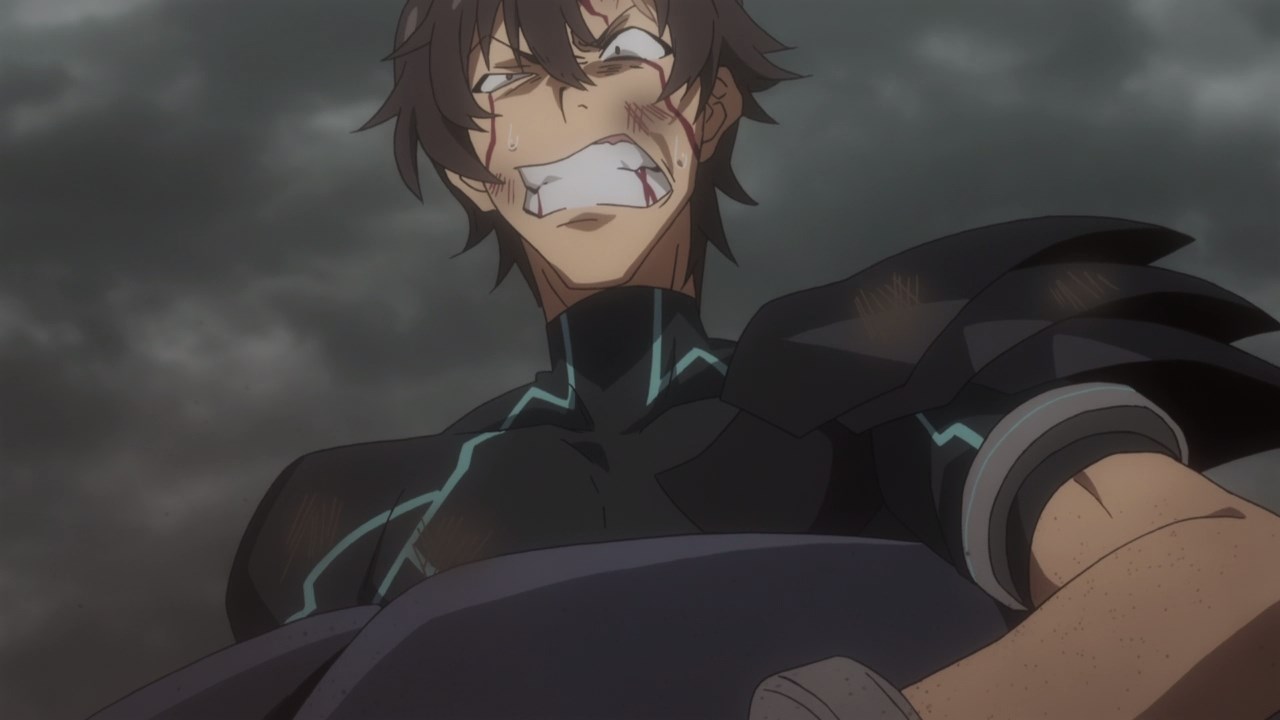 Except that No. 6 got crushed by a falling robot and now he’s gonna get squished to death by Russel’s robot. 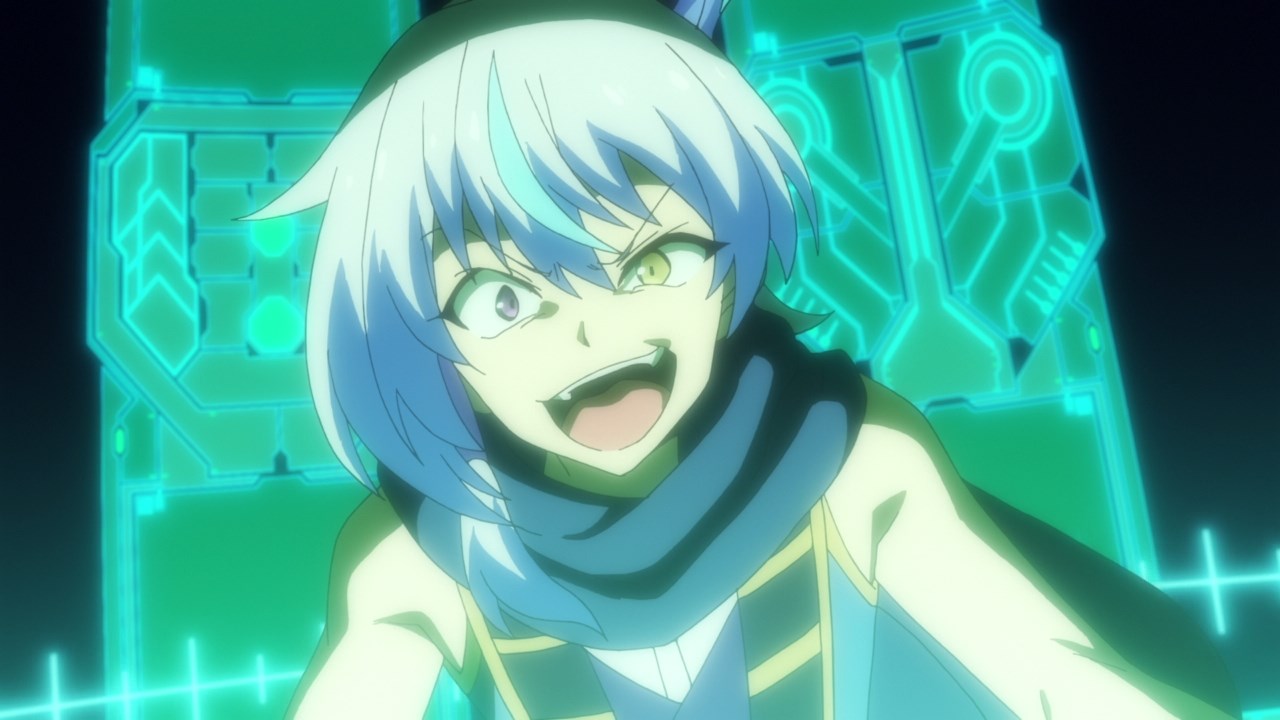 And speaking of Russel, he won’t forget the day his crotch got a nasty kick from the combat agent that this chimera will pay him back in tenfold. Not sure if he’ll succeed though. 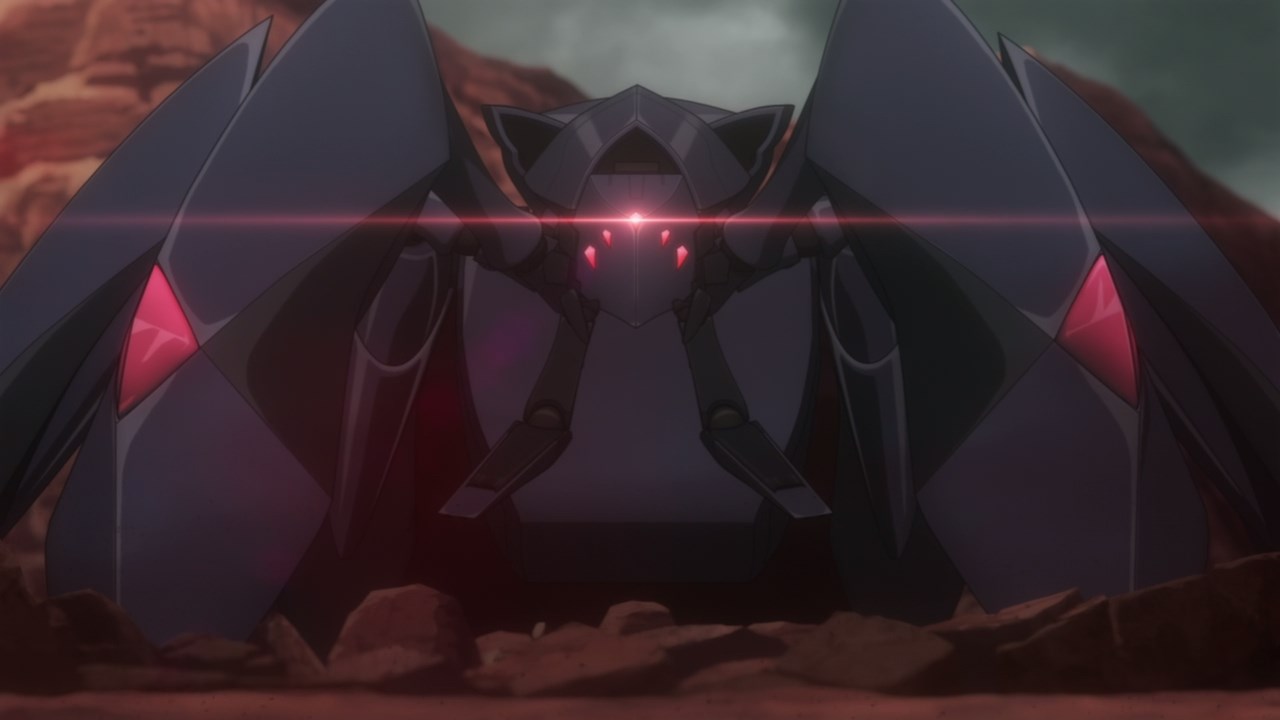 Fortunately for No. 6, help has finally arrived as Alice Kisaragi summons the Destroyer. Not to be confused with that machine of the same name from Konosuba as this one is a different beast. 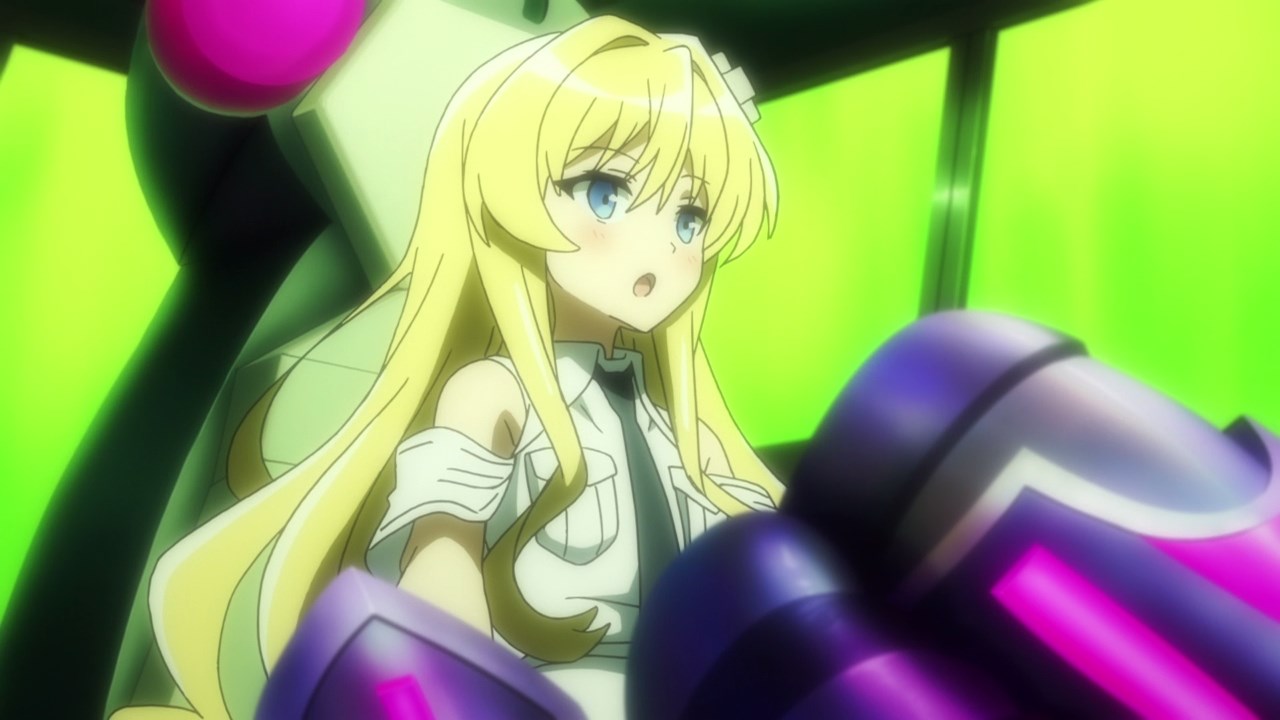 And here’s Alice where she told No. 6 that she’ll take care of the giant robot. Looks like the combat agent is saved from being squished to death. 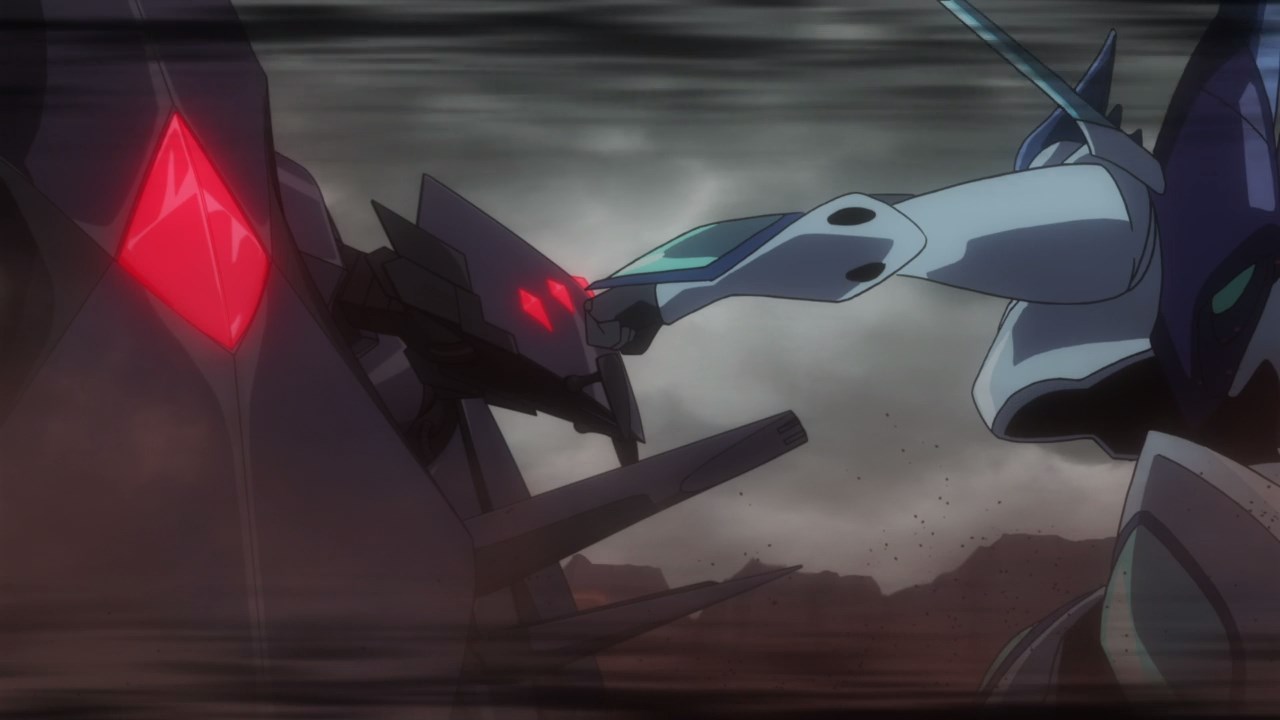 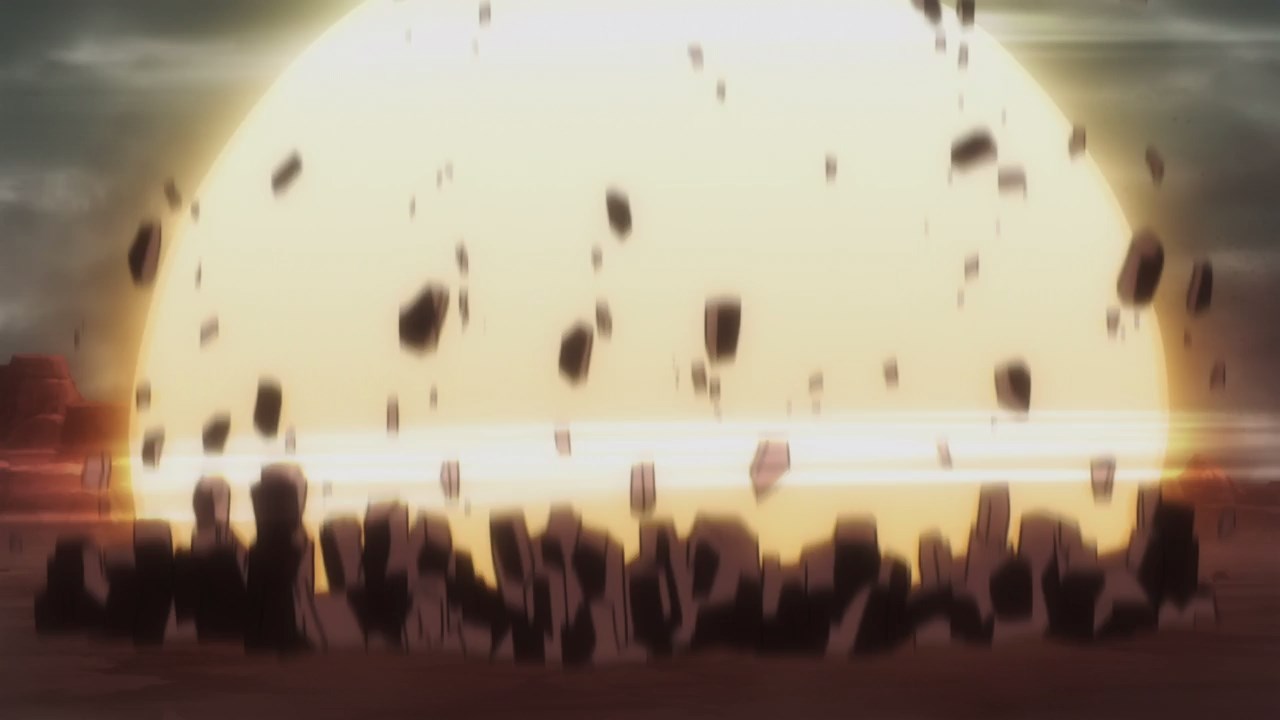 But anyways, looks like Russel’s giant robot and Alice’s Destroyer clashed in which it created a large explosion. Then again, I don’t know who won this robot battle. 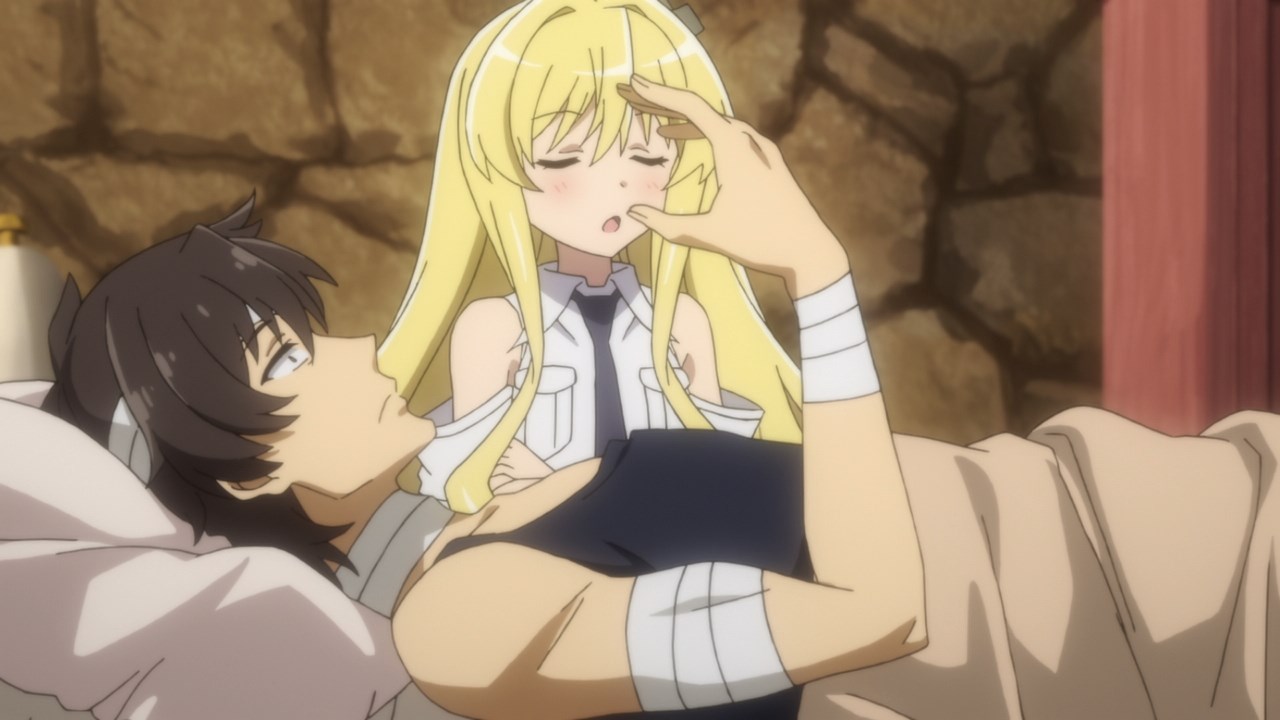 That’s until Alice Kisaragi told No. 6 that she won over Russel, although it’s sucks that I didn’t see the aftermath.

Hell, even the combat agent is stunned that his robot partner won without knowing what happened afterwards. To be fair though, No. 6 slept for 3 straight days since he’s freaking tired after battling the demon general.

By the way, it appears that Alice used the Destroyer to threatened the Kingdom of Toris until they finally surrendered, although it would be nice if she used it to destroy the Sand King… except it turns out that the Destroyer is damaged upon destroying Russel’s giant robot. 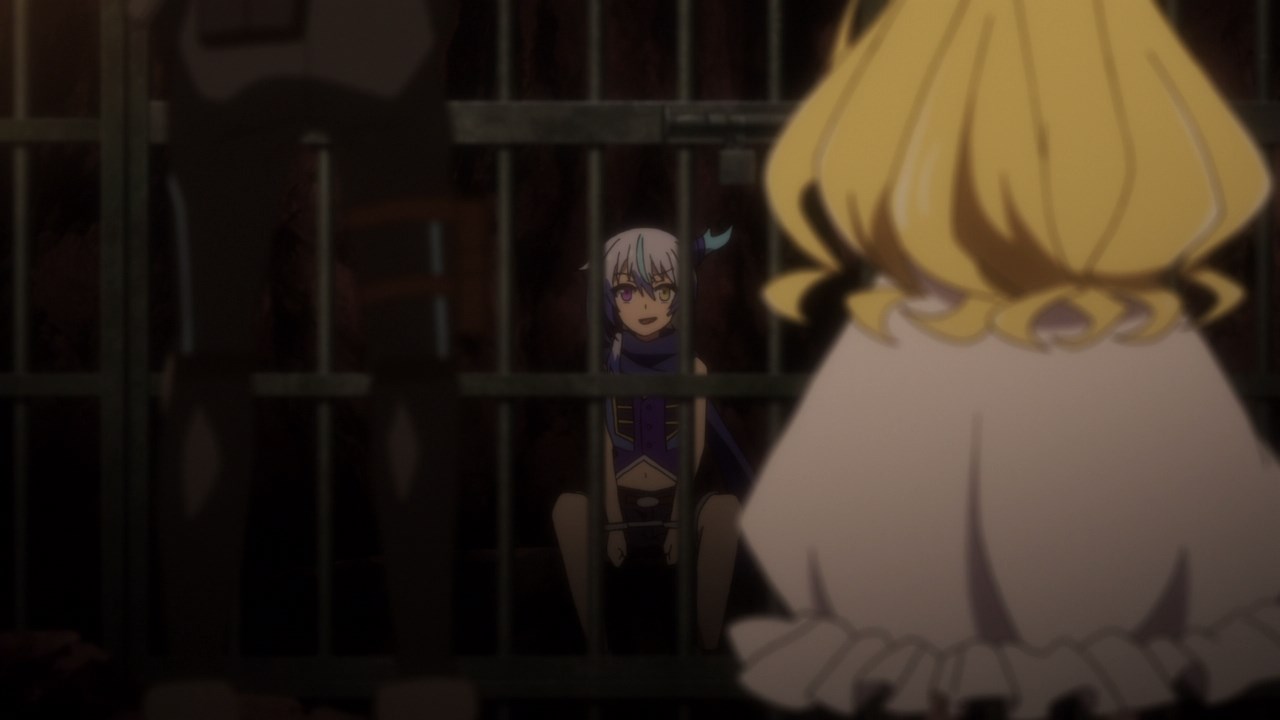 Speaking of Russel of the Water, he’s currently behind bars as Snow and Rose managed to capture the demon general. Oh and if he’s expecting for his fellow demons to show up and rescue him, that won’t happen as the demon army are already driven off.

So, the only thing left to do is to force Russel to cast water magic and revitalize the Kingdom of Grace’s water supply. Then again, this chimera won’t cooperate. 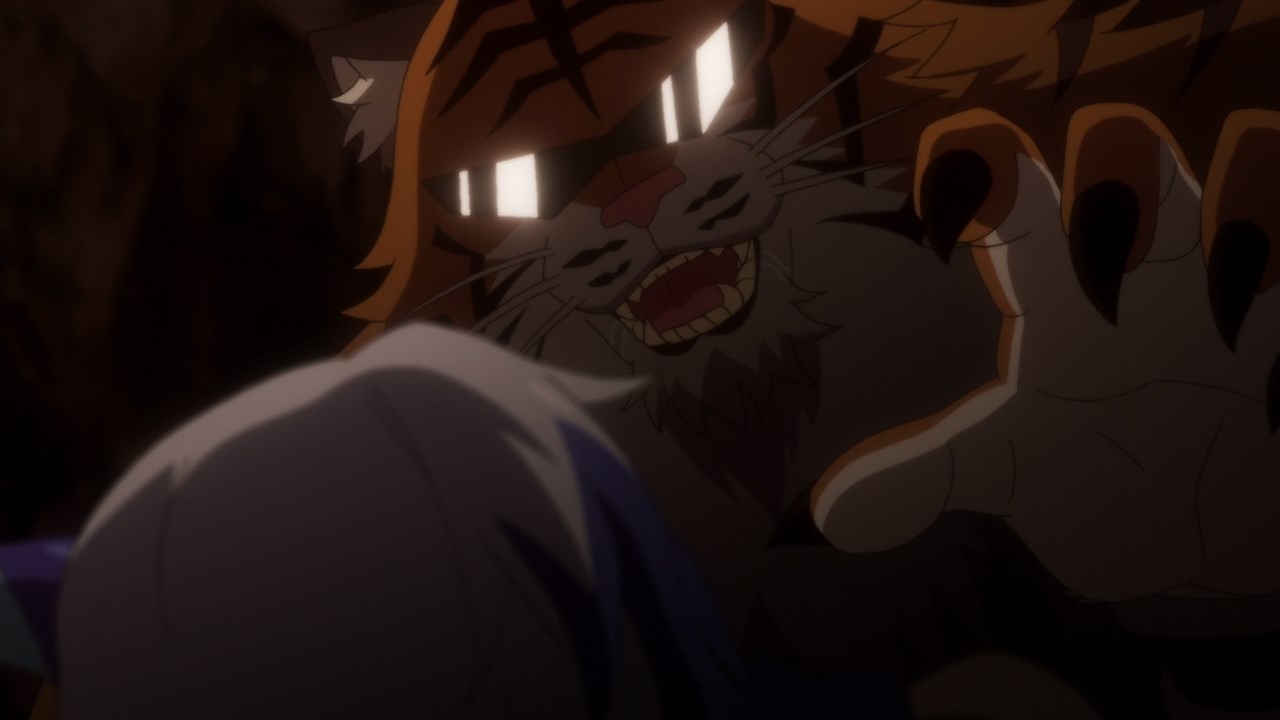 Well, that’s until Tiger Man appears where he’s very attracted towards Russel. Sure that this chimera is a guy, but that’s okay for Tiger Man because Russel is so cute that he’s gonna fuck him. 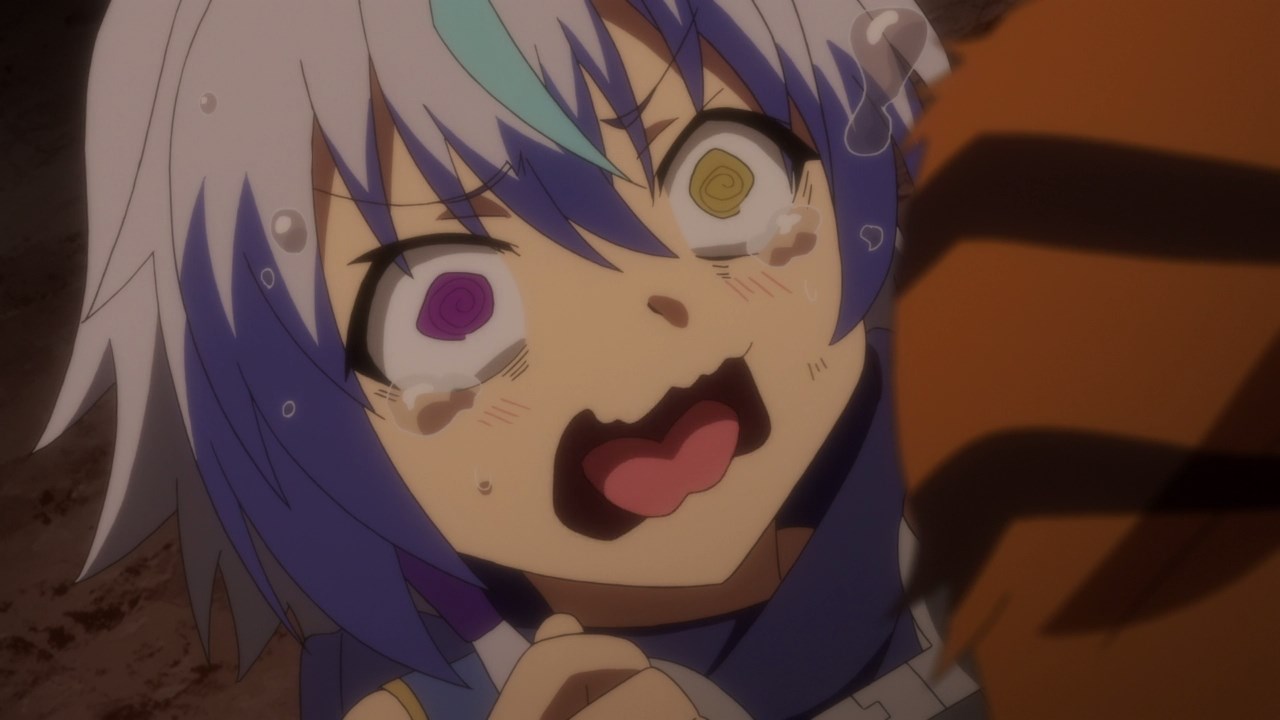 And speaking of Russel, he’s really terrified that the chimera/demon general is about to get raped by a combat agent.

Just kidding, Tiger Man won’t rape Russel of the Water because he wants the chimera to dress up as a maid and force him to produce water. 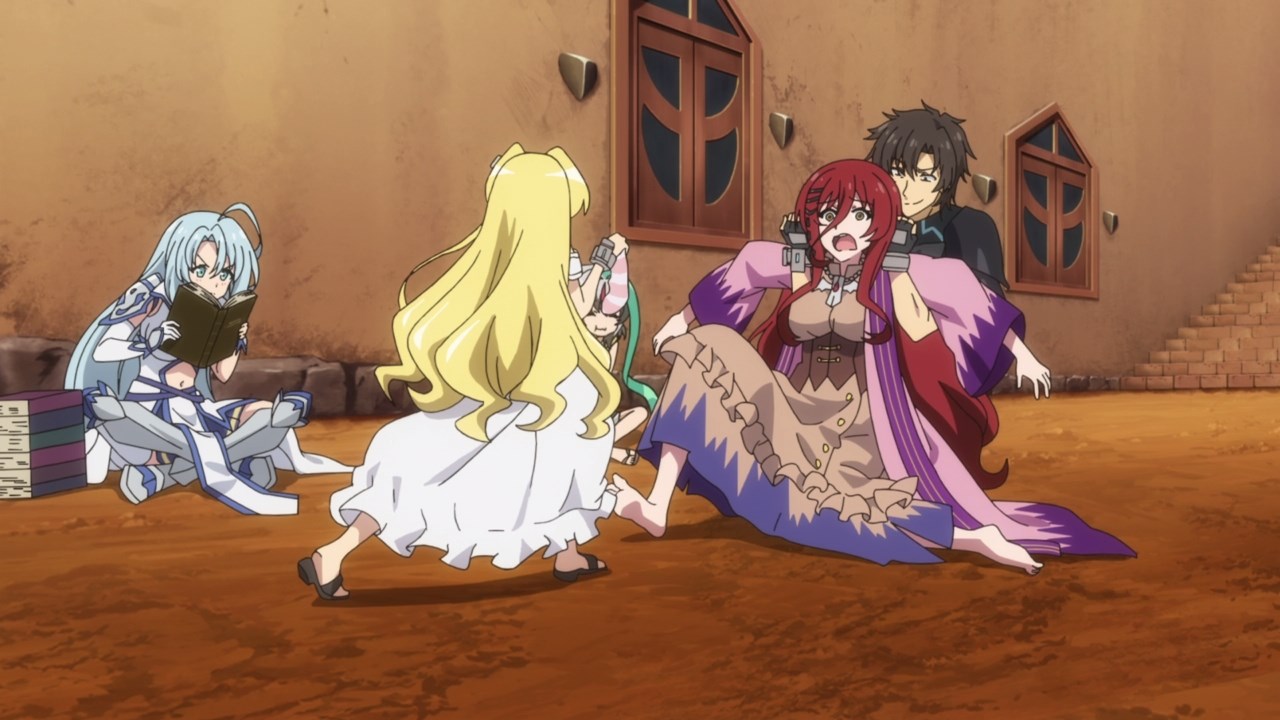 Now then, let’s move onto the next scene where No. 6 holds Grimm as she’ll be forced to wear socks even though her religion doesn’t allow it. 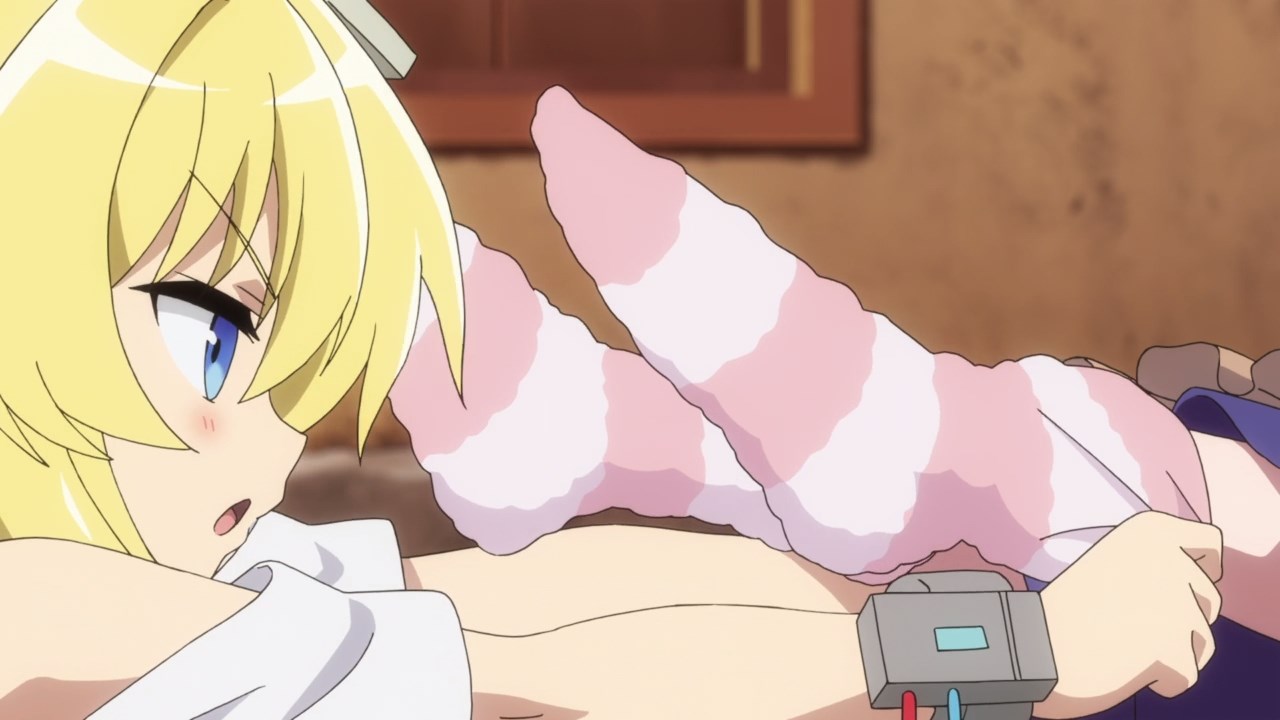 Oh boy, looks like Grimm is gonna cast a very nasty curse on the android, although I bet that the archpriest might get hurt instead. 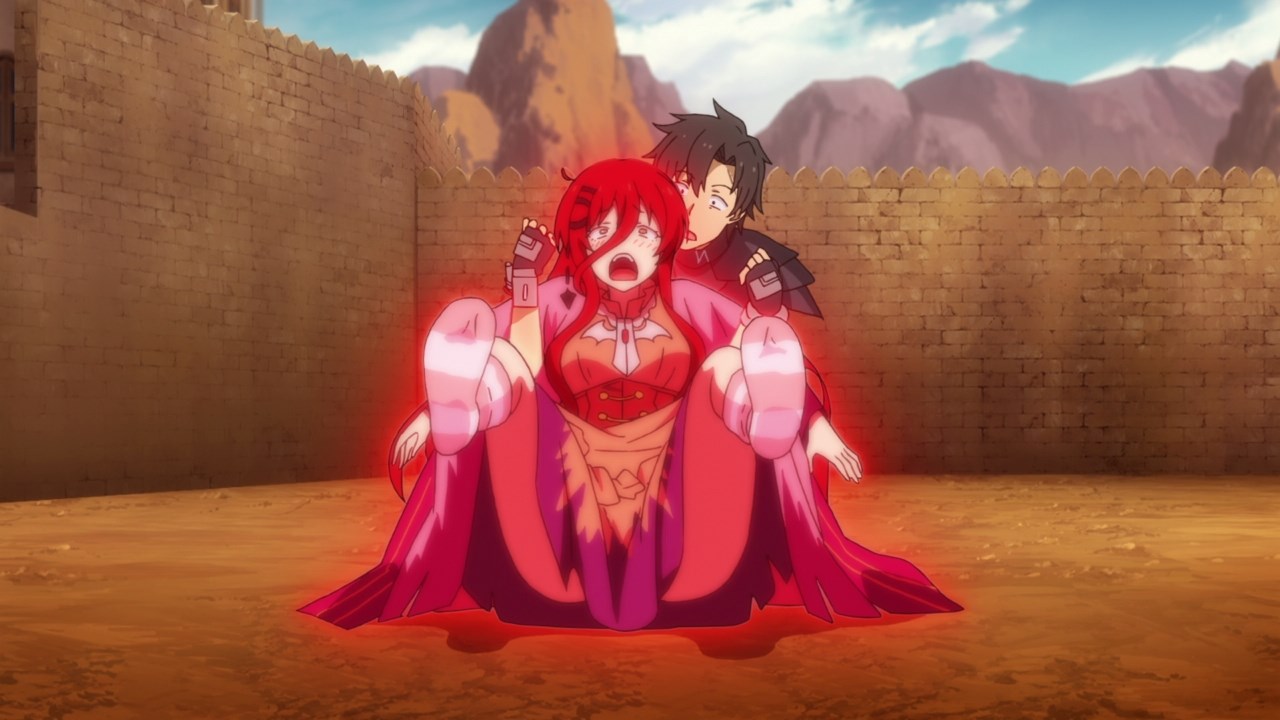 On second thought, Grimm is not feeling so good as her body is getting extremely hot. I guess the reason why she doesn’t wear shoes is because Grimm can’t handle body heat very well! 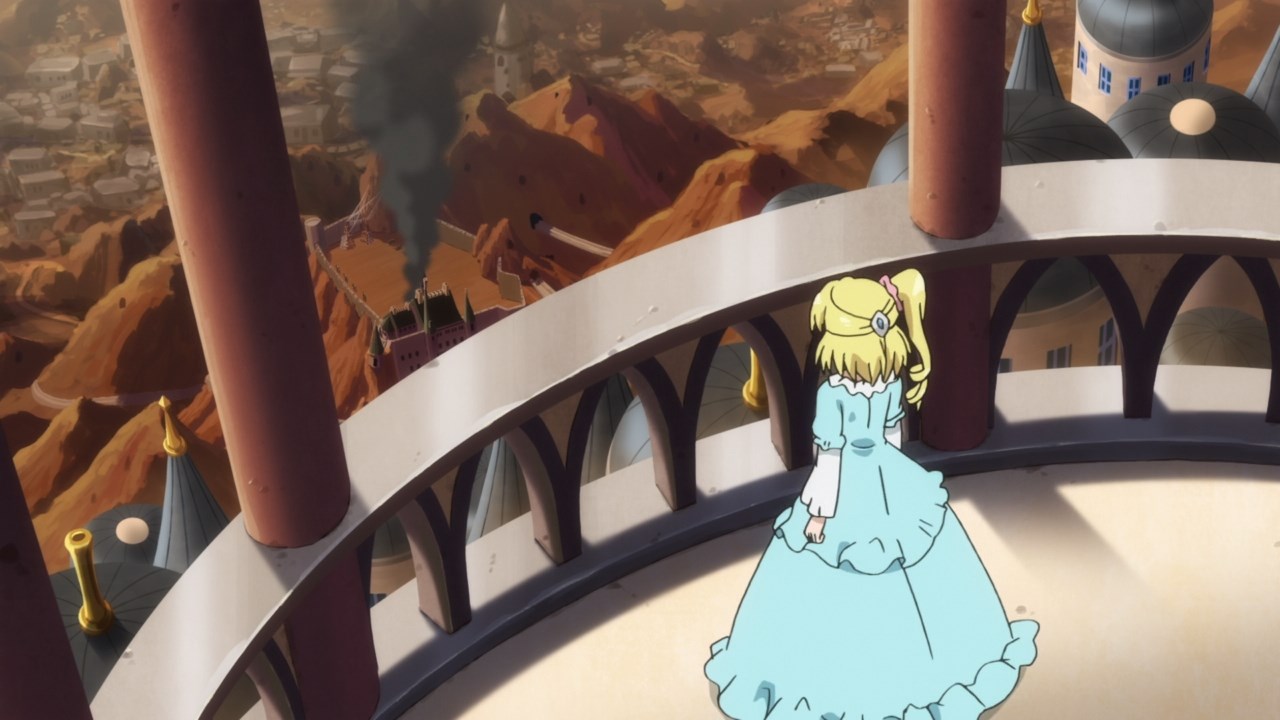 And so, another one bites the dust for Grimm as she’ll have to be revived by Lord Zenarith again. Of course, she took everyone along with her, but I bet that No. 6 and the rest survived since they’re really tough. 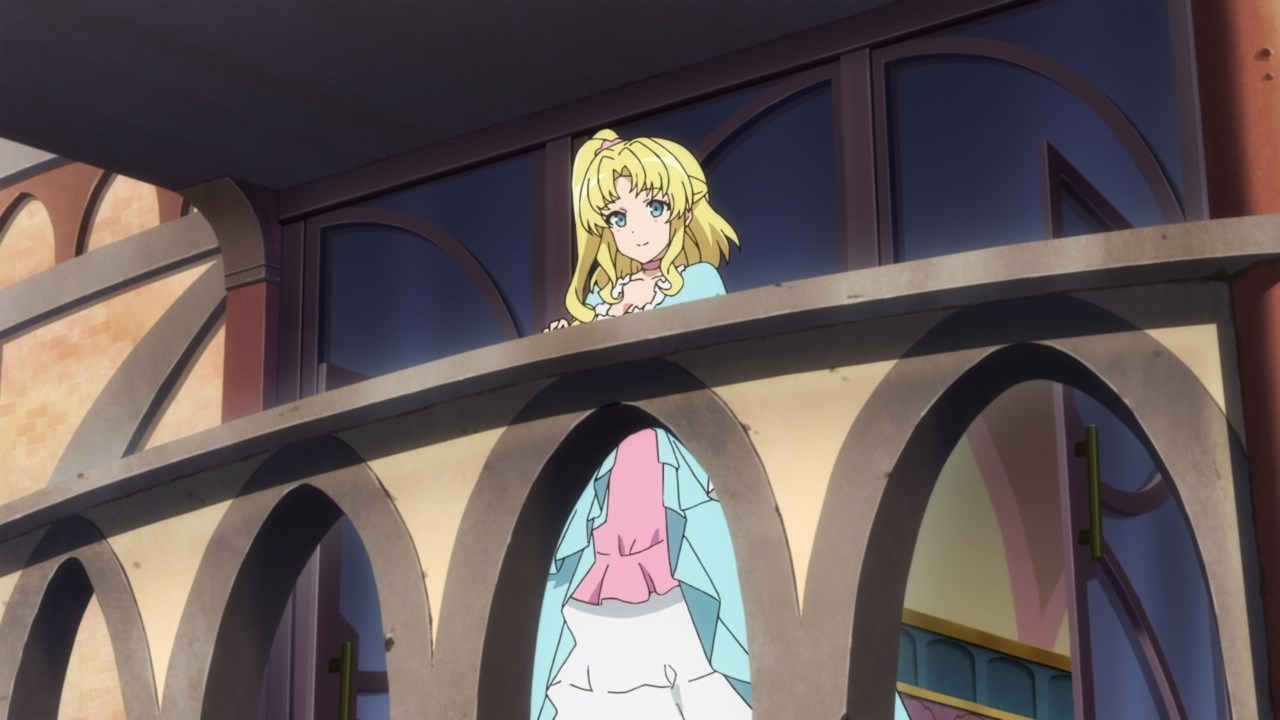 Also, here’s Princess Cristoseles Tillis Grace where she’s very glad that her kingdom is safe, although Princess Tillis really missed her father and brother so much. 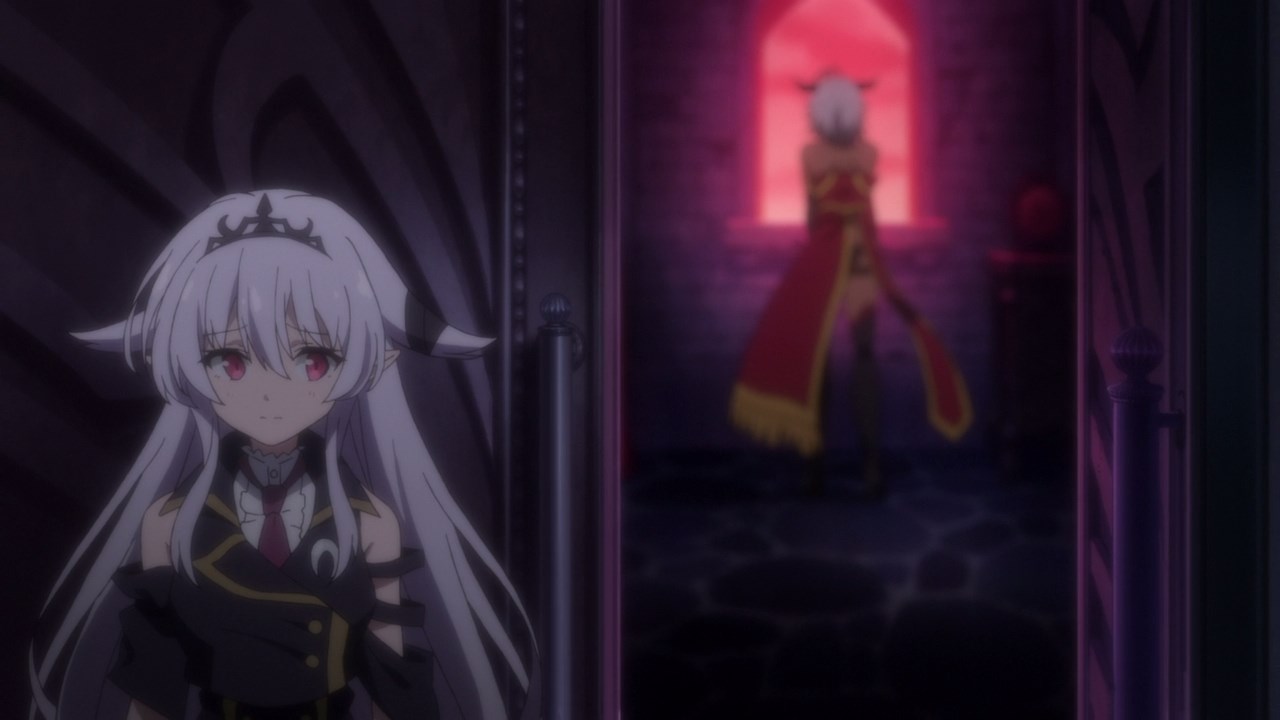 Meanwhile, the demons got a real setback as their land was taken away by the Kisaragi Corporation. Of course, Heine of the Flame will make them pay once she’s fully-recovered.

On the other hand, a new character introduced but man, I doubt if this show will have another season. 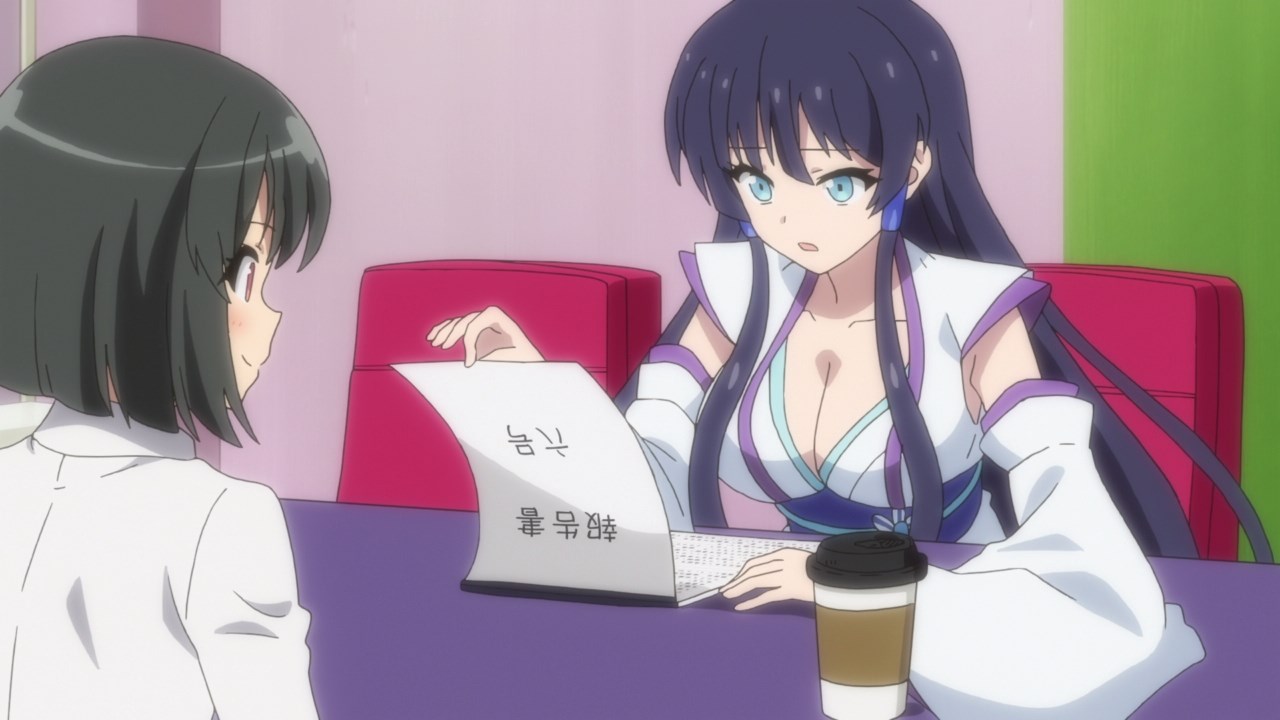 One last thing, here’s Freezing Astaroth and Black Lilith where it’s revealed that Kisaragi Corporation survived from a hero assault.

Sadly, Astaroth won’t see Combat Agent No. 6 for the time being because he has some unfinished business to attend with, namely his evil points in which it’s still in the red. 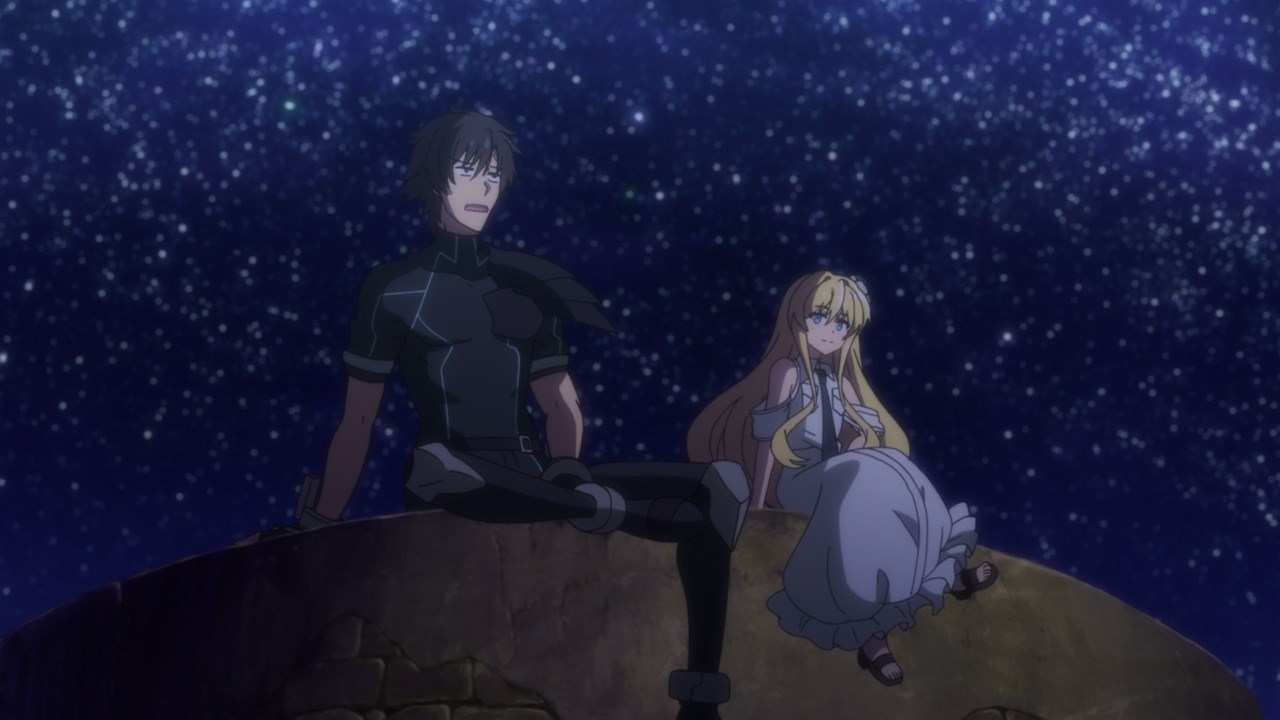 But that’s the end of Sentouin, Hakenshimasu! and I have to say that despite having vulgar jokes and it’s not as popular as Konosuba, I enjoyed watching it when No. 6 and his allies pulled amazing and hilarious feats to defeat their rivals.

With that said, it’s time to say goodbye to No. 6 and Alice Kisaragi where they sure are the most competent partners around. It’s sucks that Snow and the rest are pretty much useless when it comes to combat.