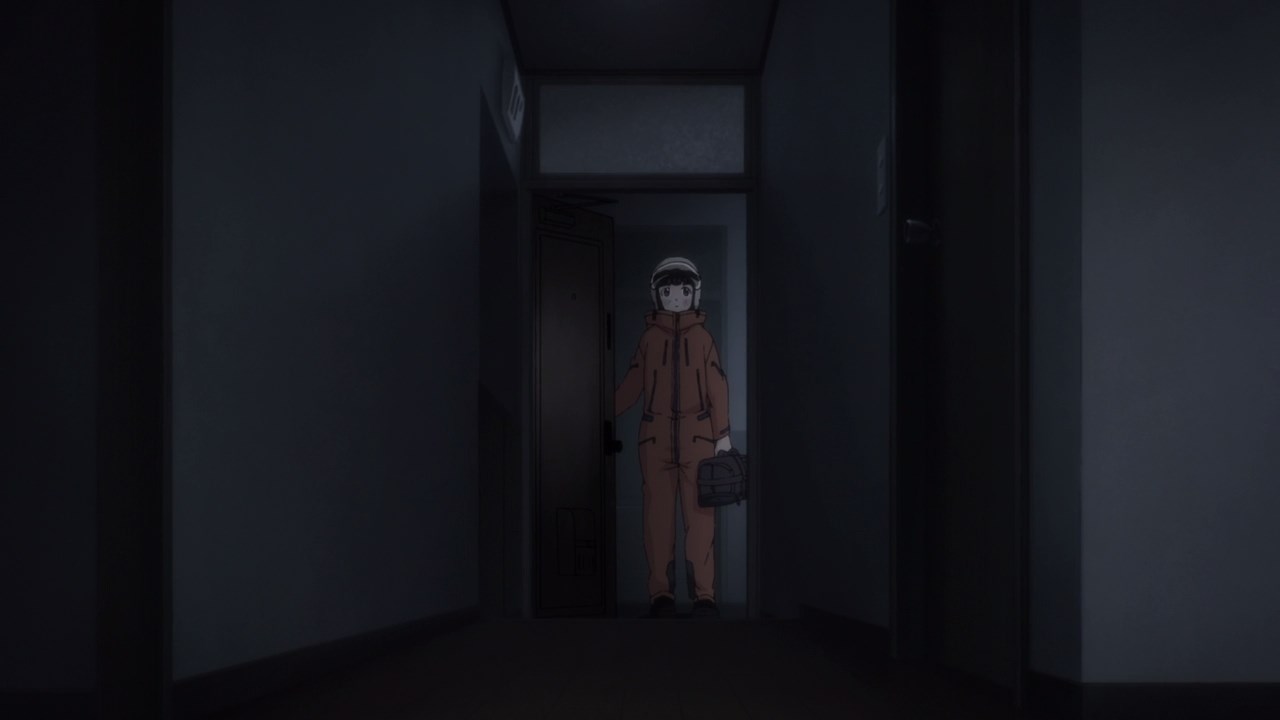 This is the final episode of Super Cub where Koguma will be going out for a 3-day road trip together with Reiko and Shii Eniwa.

Of course, the problem is that Shii-chan only has her bike where she can’t keep up with her two friends riding in motorcycles. 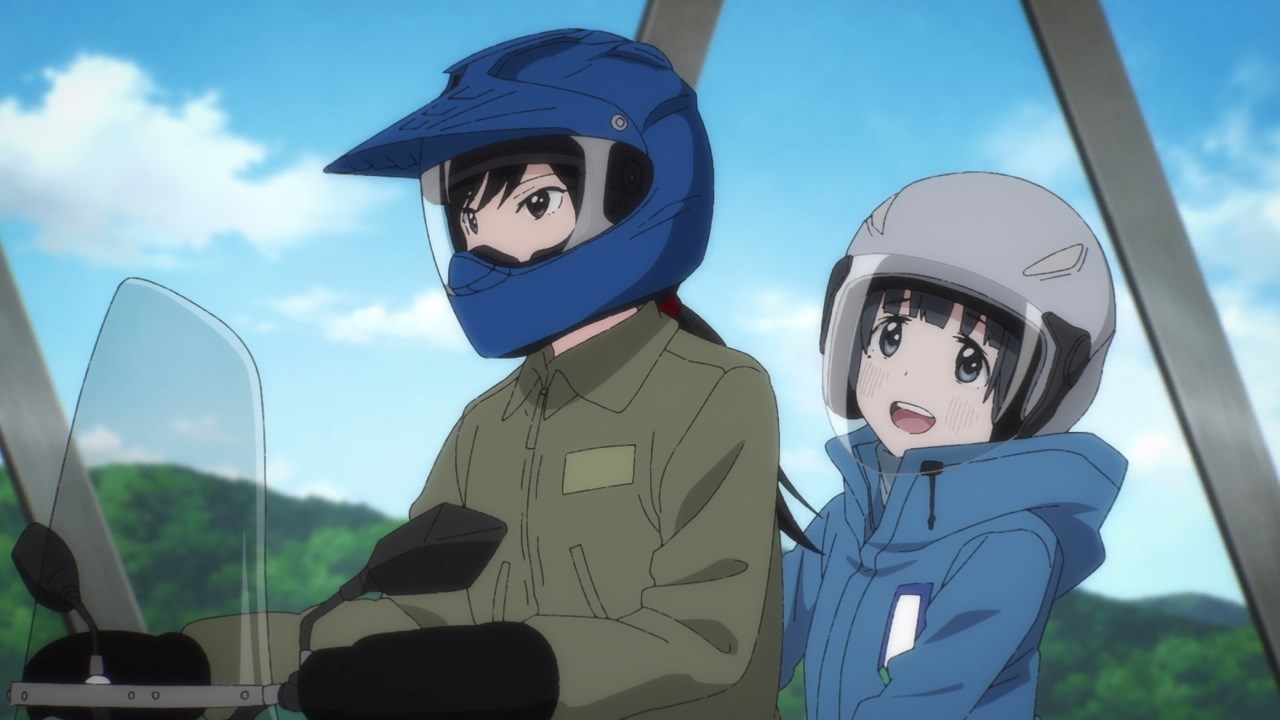 Don’t worry though as Reiko has an extra seat in which Shii-chan can sit at the back. Would it be nice if Reiko bough a sidecar, but I guess she doesn’t have enough money to buy one. 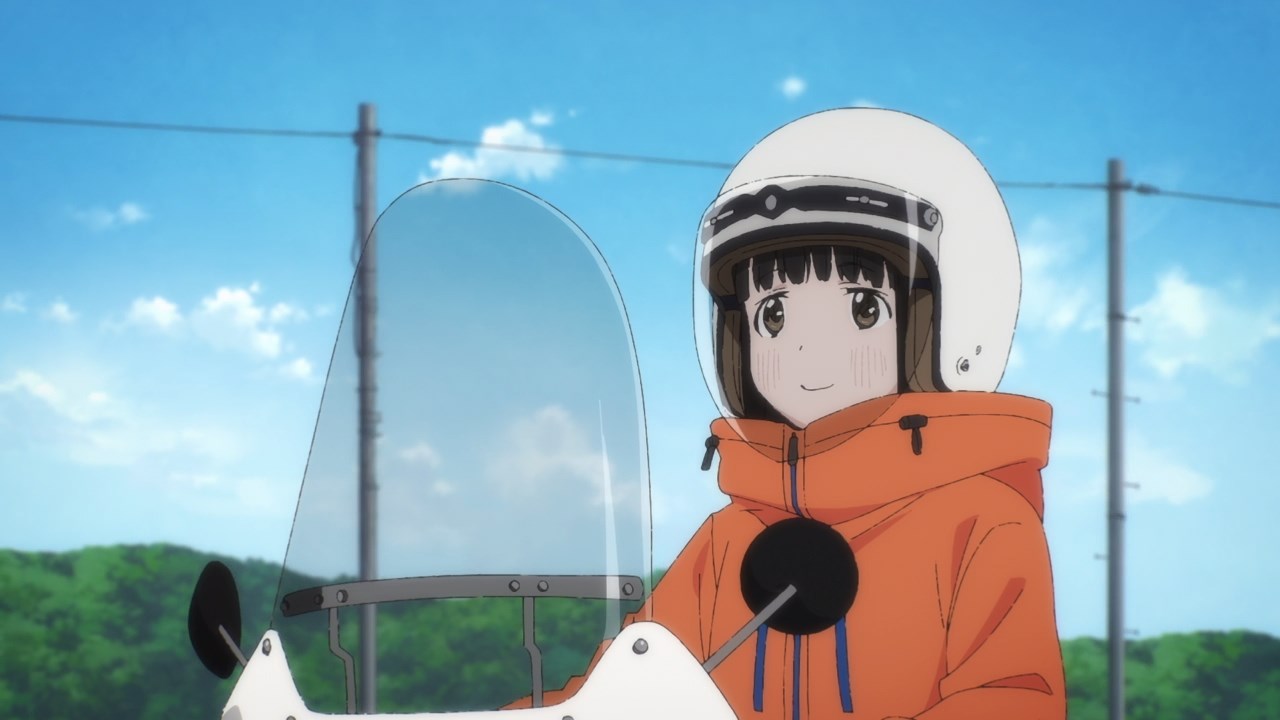 Anyways, Koguma and her friends will travel across various prefectures from Nagano to Shiga. Yes, it’s gonna be a long trip that they need to keep their Cubs into top shape. 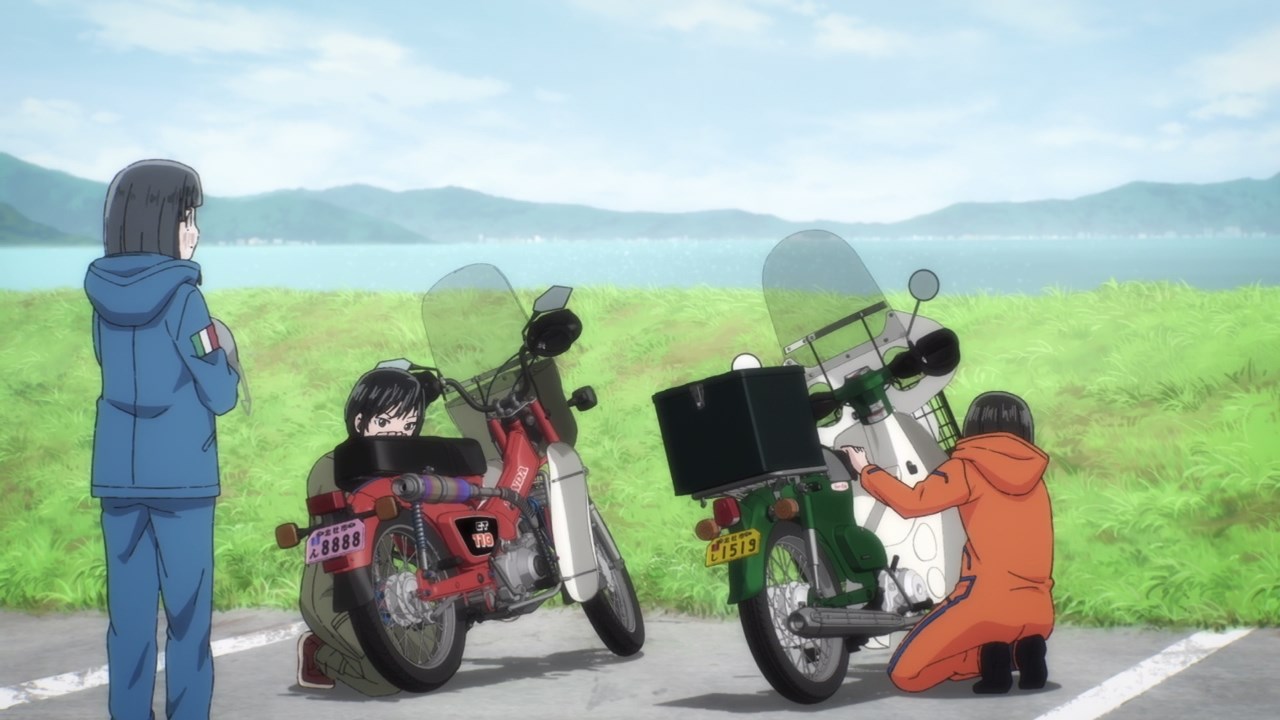 Speaking of their bikes, both Reiko and Koguma check their Super Cubs from time to time. Fortunately, their bikes are in good condition but they need to refuel if they want to go far. 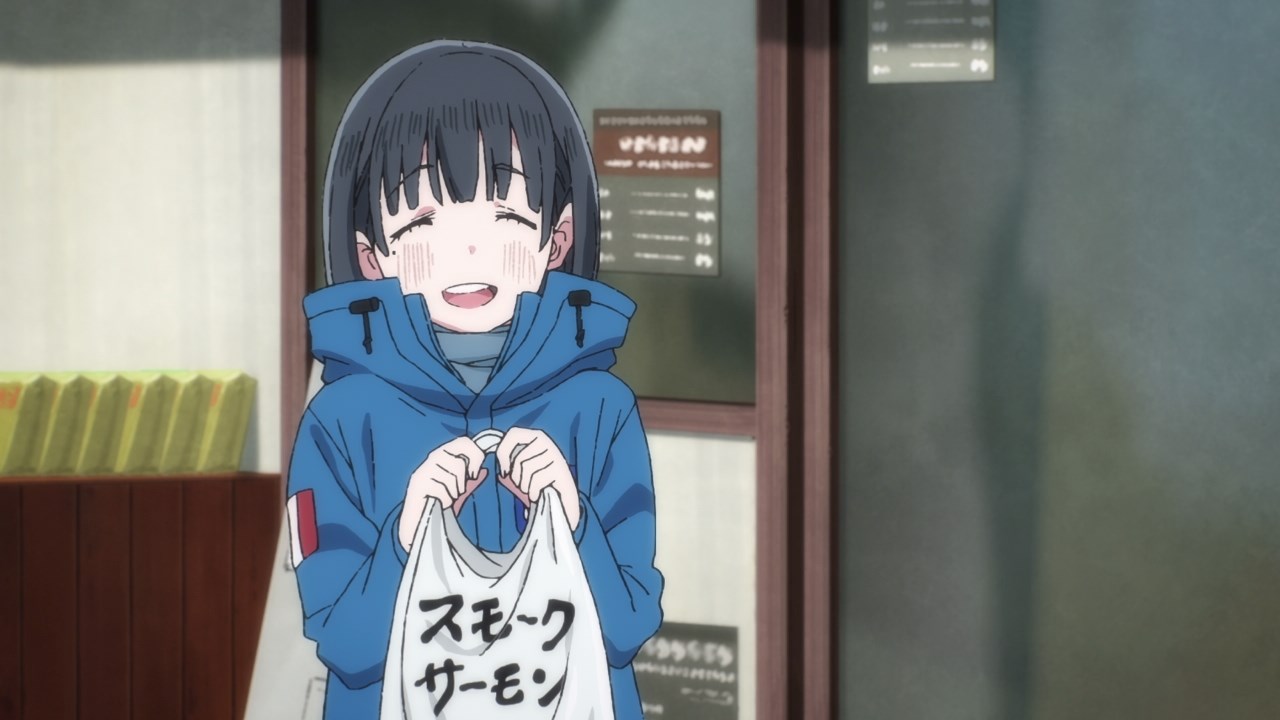 Meanwhile, here’s Shii-chan where she’ll take care of the meals. In fact, she not only has lots of money to buy food and pay for lodgings, but Shii-chan brought a large loaf of kommissbrot. 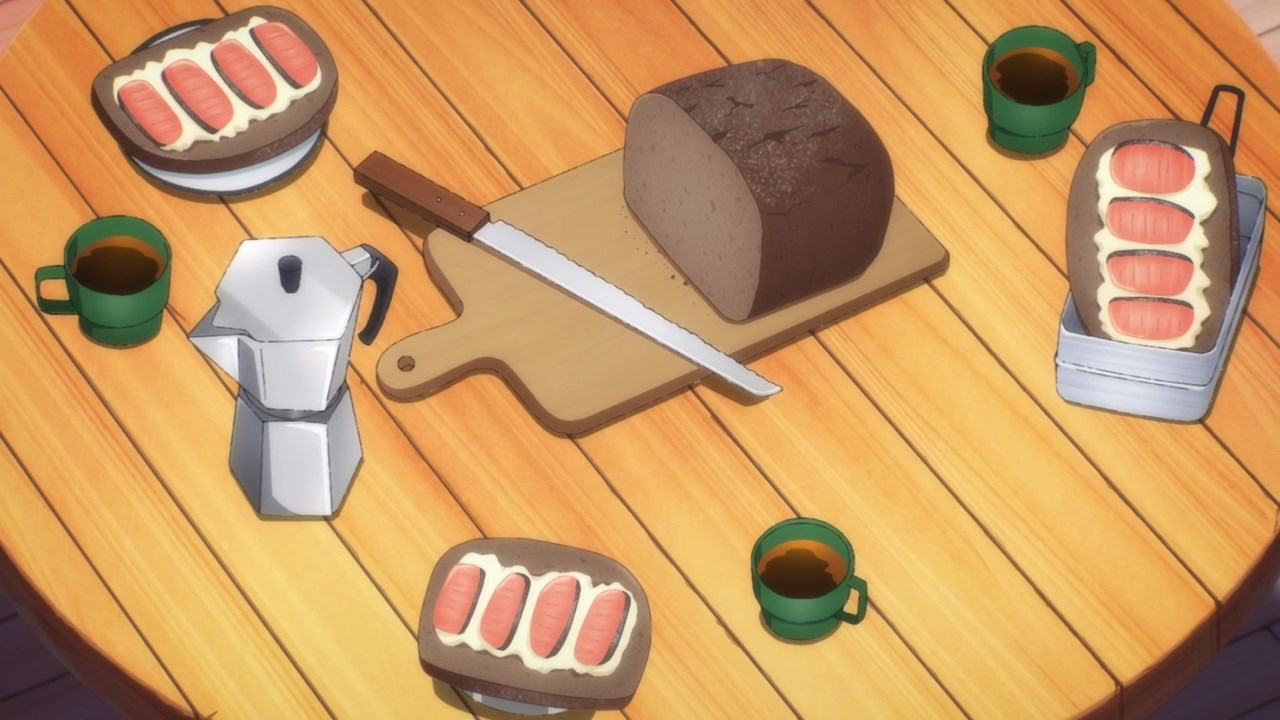 Anyways, Shii-chan prepared some kommissbrot topped with cream cheese and Kiso smoked salmon in which this will be their lunch meal. 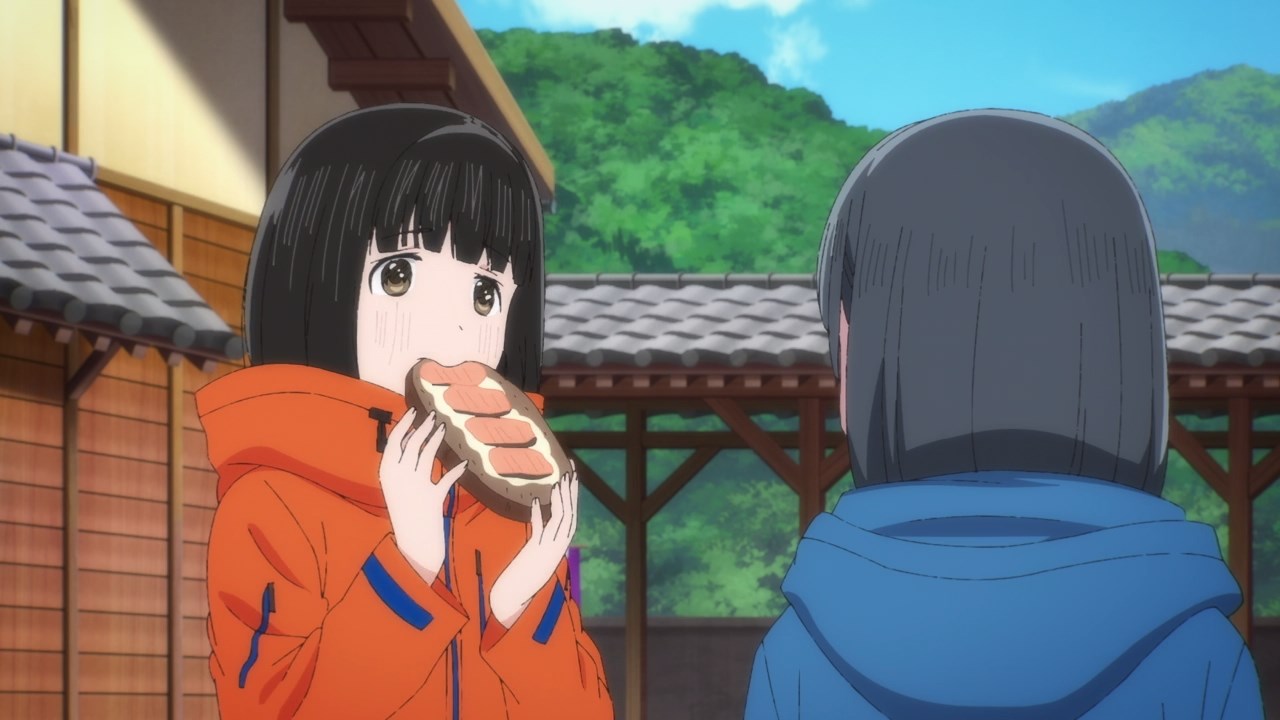 But as for the taste? Koguma loved eating it as the ingredients compliments each other.

Still, their journey is not yet over as these girls will keep riding until they reached their final destination. 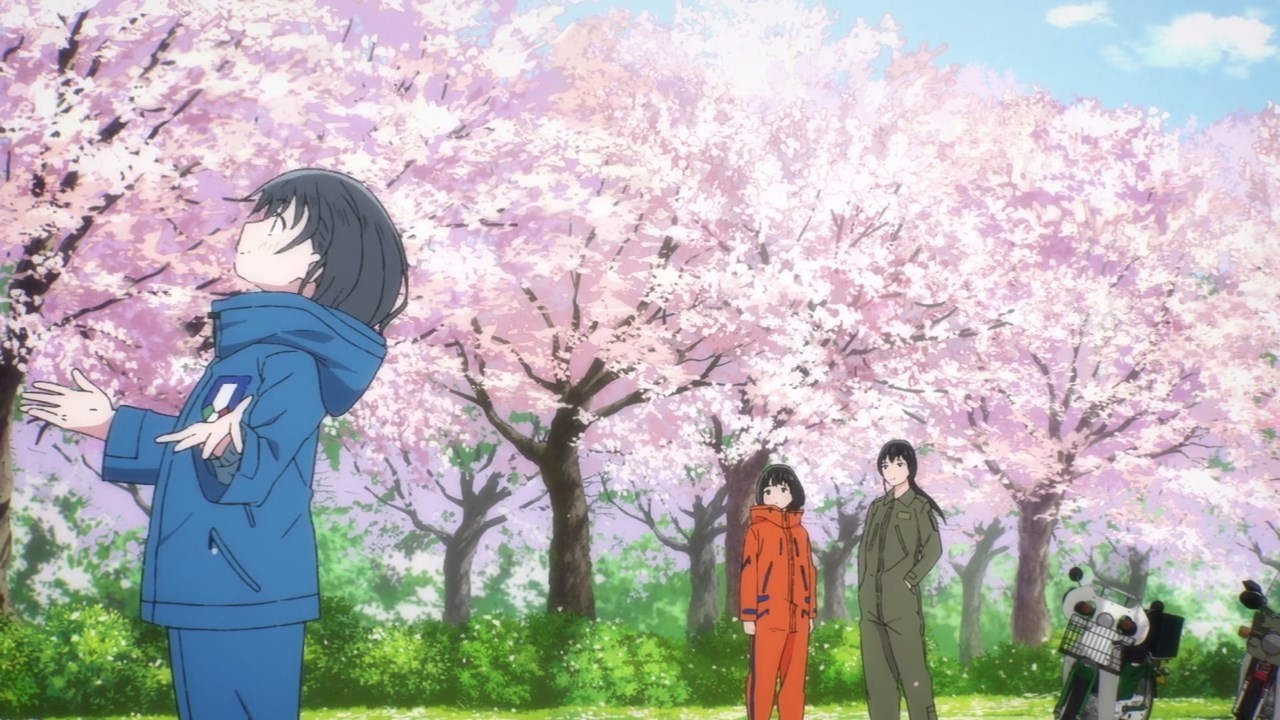 Eventually, they arrived in Kagoshima Prefecture where the girls went to Cape Sata and see the cherry blossom trees blooming in spring.

While their journey is pretty long, I have to say that reaching Cape Sata is worth it for Koguma and her friends. But that’s the end of their road trip. 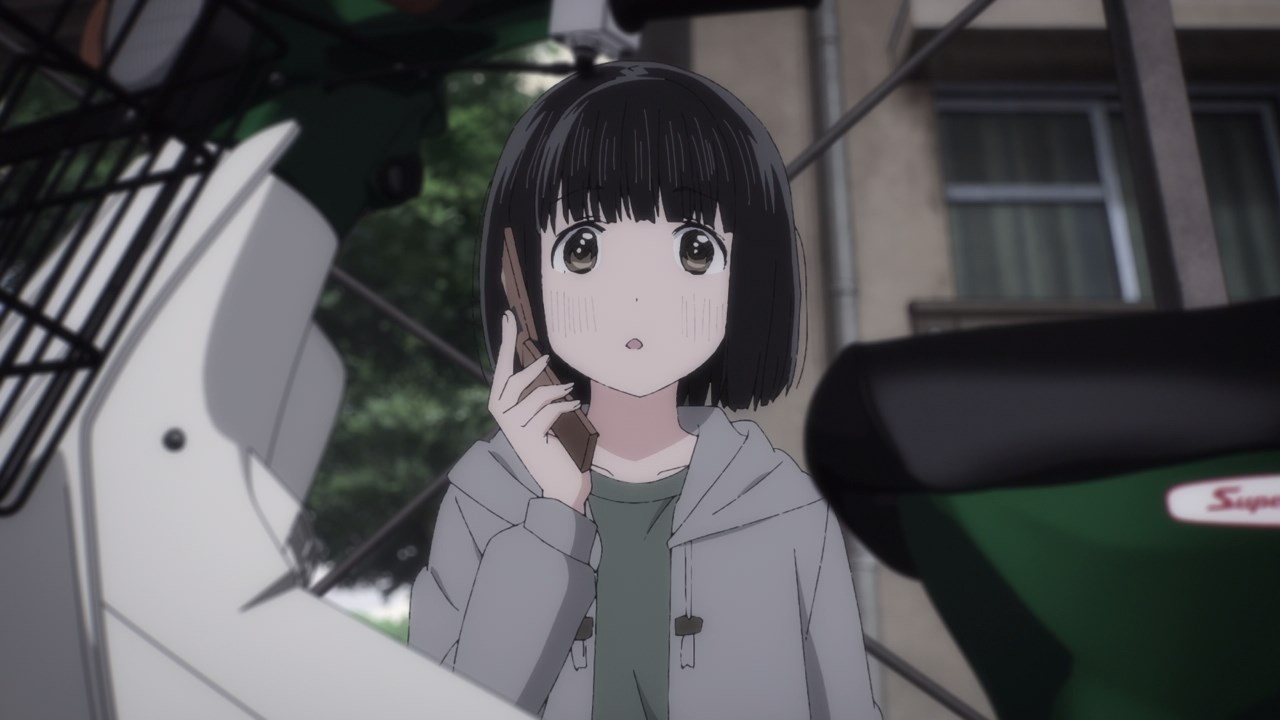 Now then, it appears that Koguma received a call from Shii Eniwa. Oh I hope that she’s okay ’cause Shii-chan was previously caught in an accident. 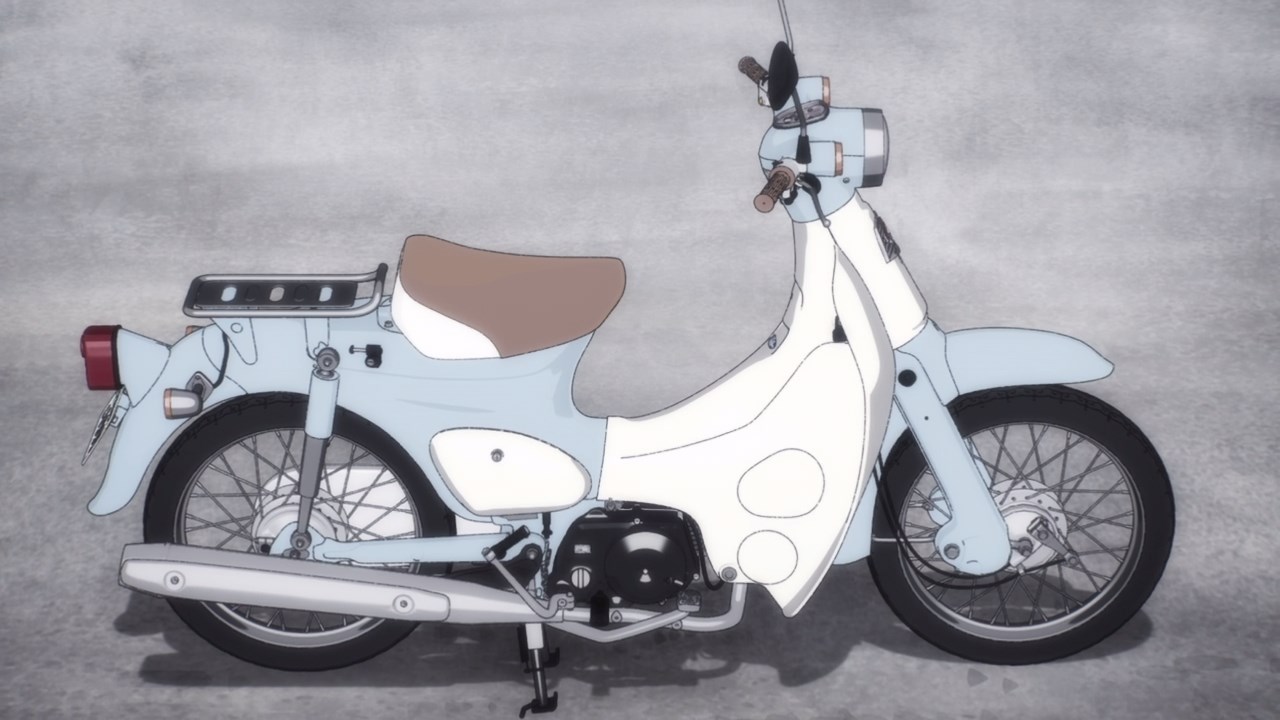 But it turns out that Shii-chan wants to show her brand-new Super Cub as she bought it recently. Can’t believe that her parents are rich! 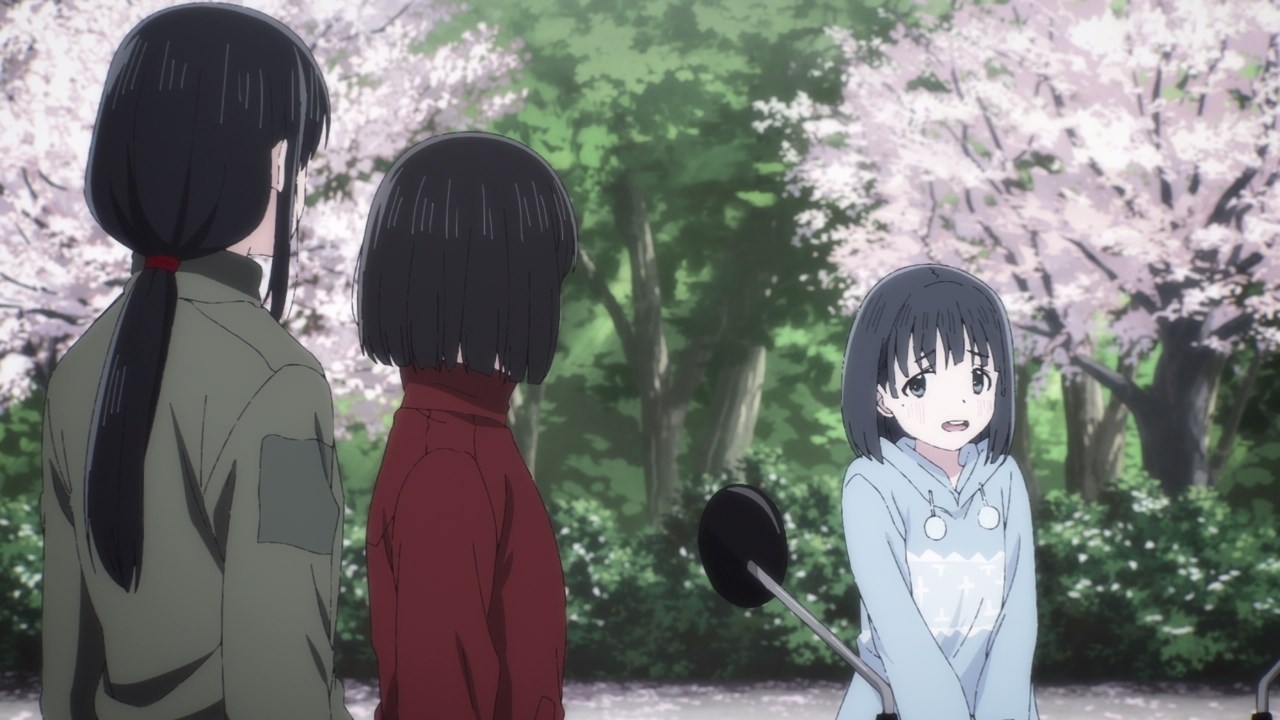 Well actually, Shii-chan paid half of the price and she’ll pay the other half to her father once she finished high school. 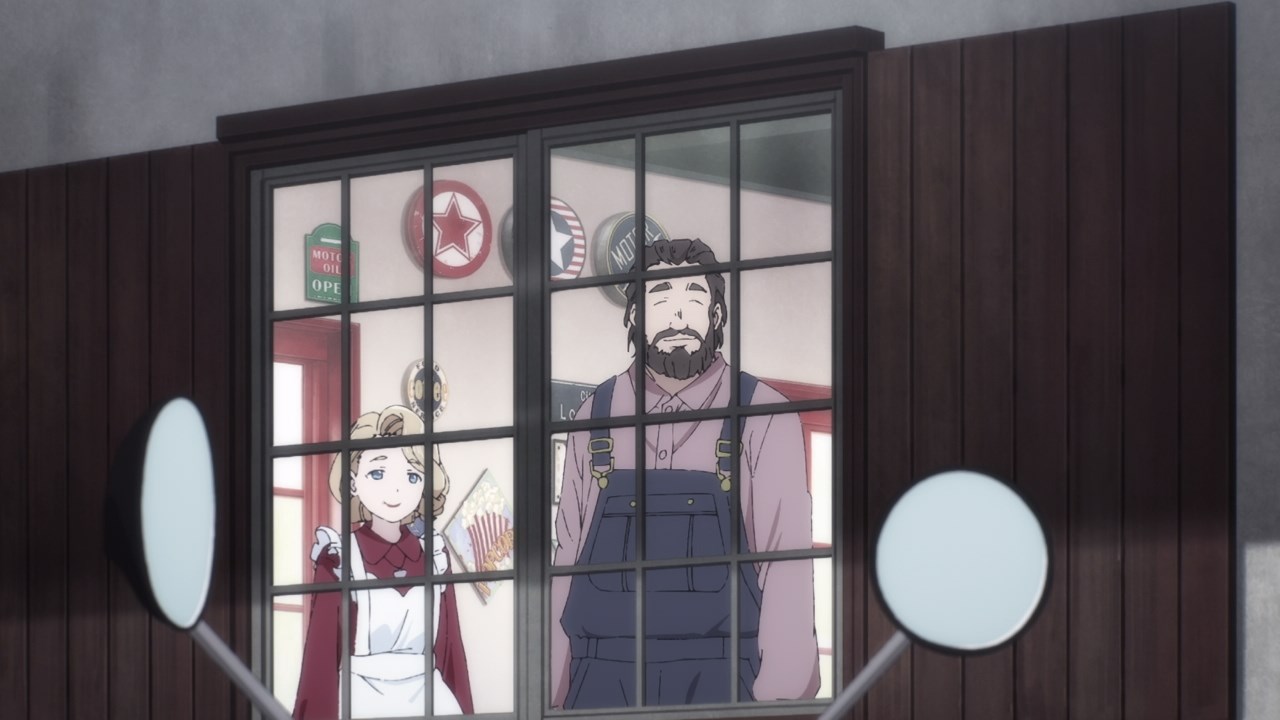 Anyways, I’m glad that Shii-chan’s parents helped her to buy a Super Cub as they’re very supportive towards their daughter.

But now that she got a Super Cub, looks like Shii-chan will continue her Italian café project. 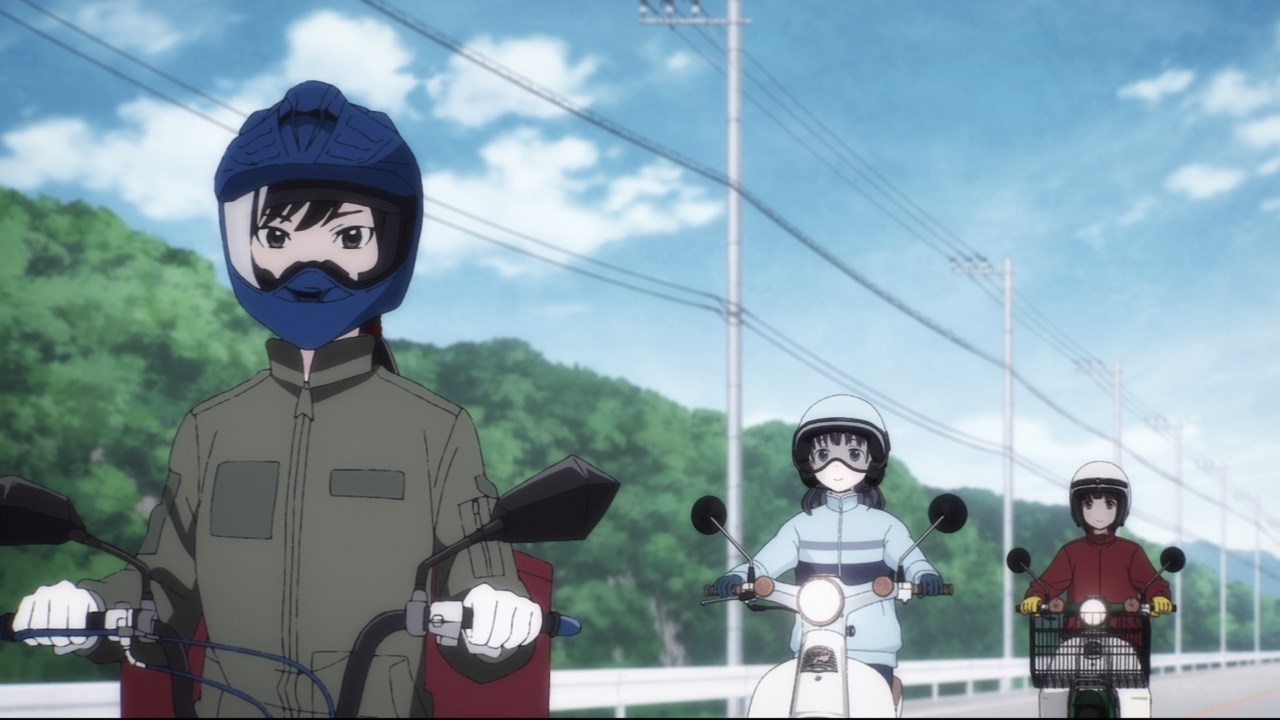 And now let’s end this show where 3 girls ride together on their Super Cub as they really are the nicest people around! All I can say is that I really enjoyed watching Super Cub as it’s the most comfiest show around.

Sure that it’s an advertisement for Honda Motorcycles, but I love how Koguma’s life was changed upon getting a Super Cub in which her view of the world went livelier. You may thank Studio Kai for making it possible. 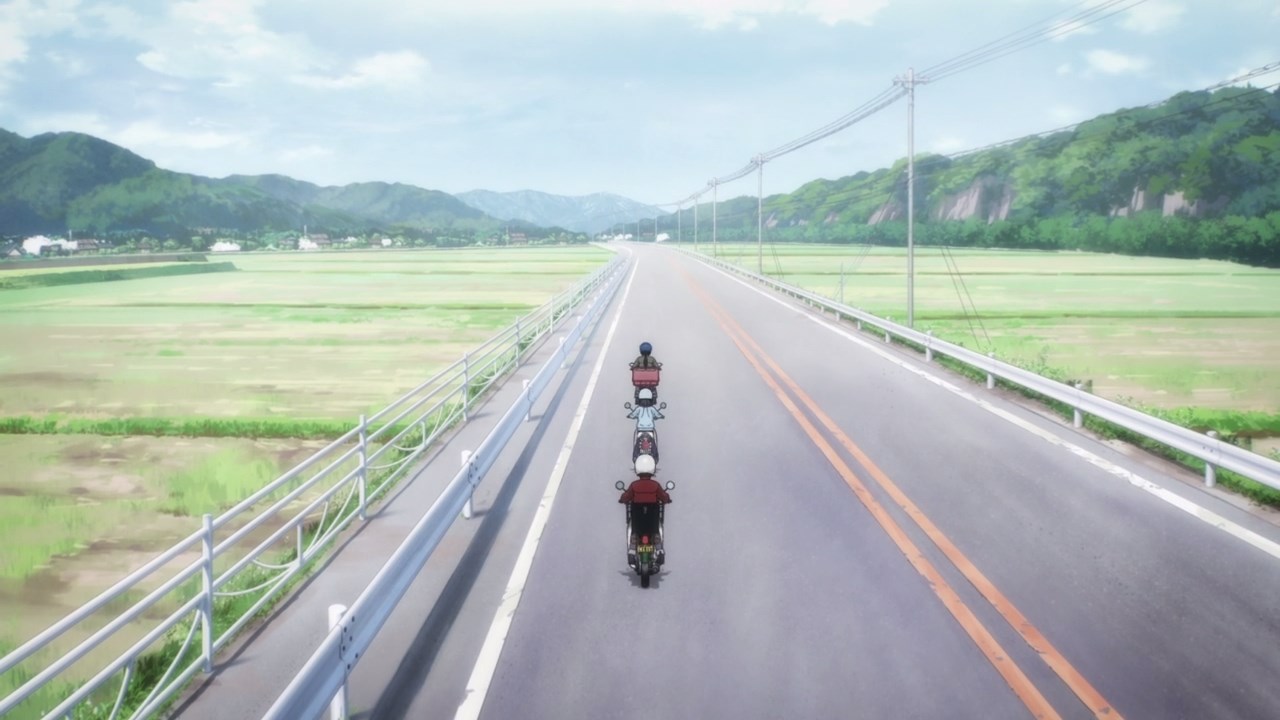 Well then, it’s time to say goodbye to Koguma, Reiko, and Shii-chan as they ride towards the horizon! I’m gonna miss those 3 girls…