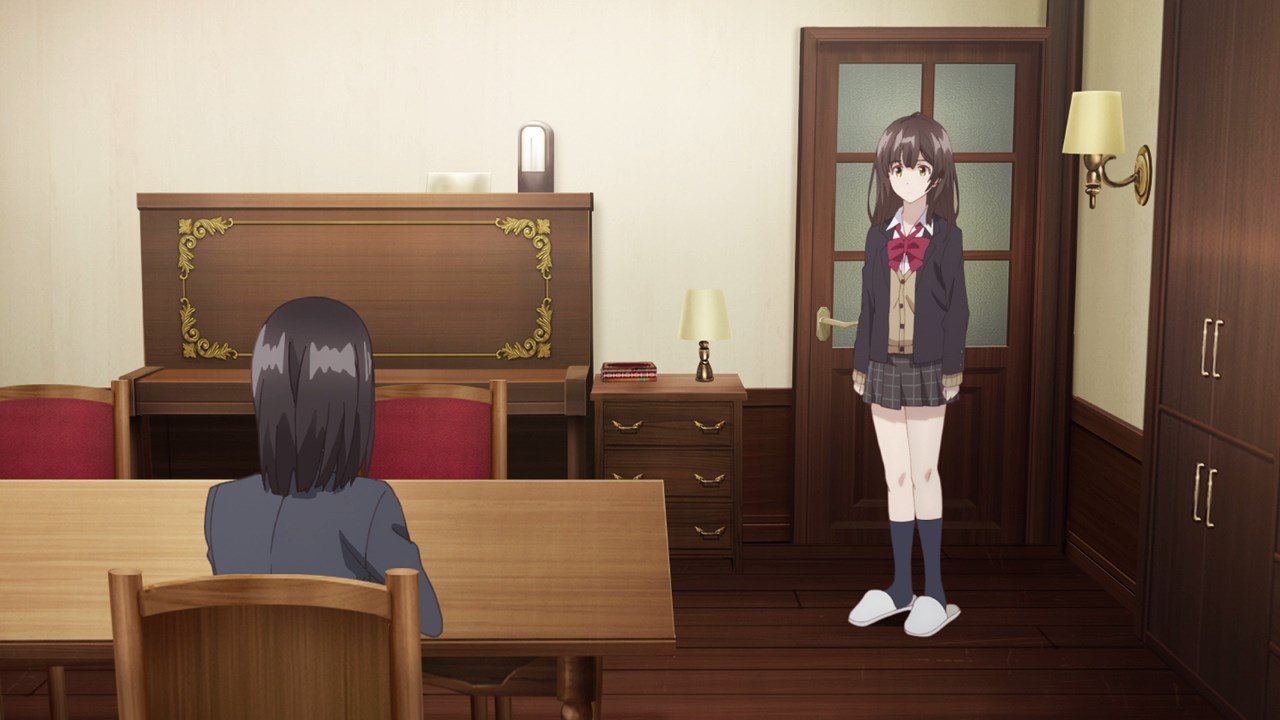 Well everyone, here’s the final episode where it’s time for Sayu Ogiwara to confront her mother and have a heart-to-heart talk with her only parent in her life. 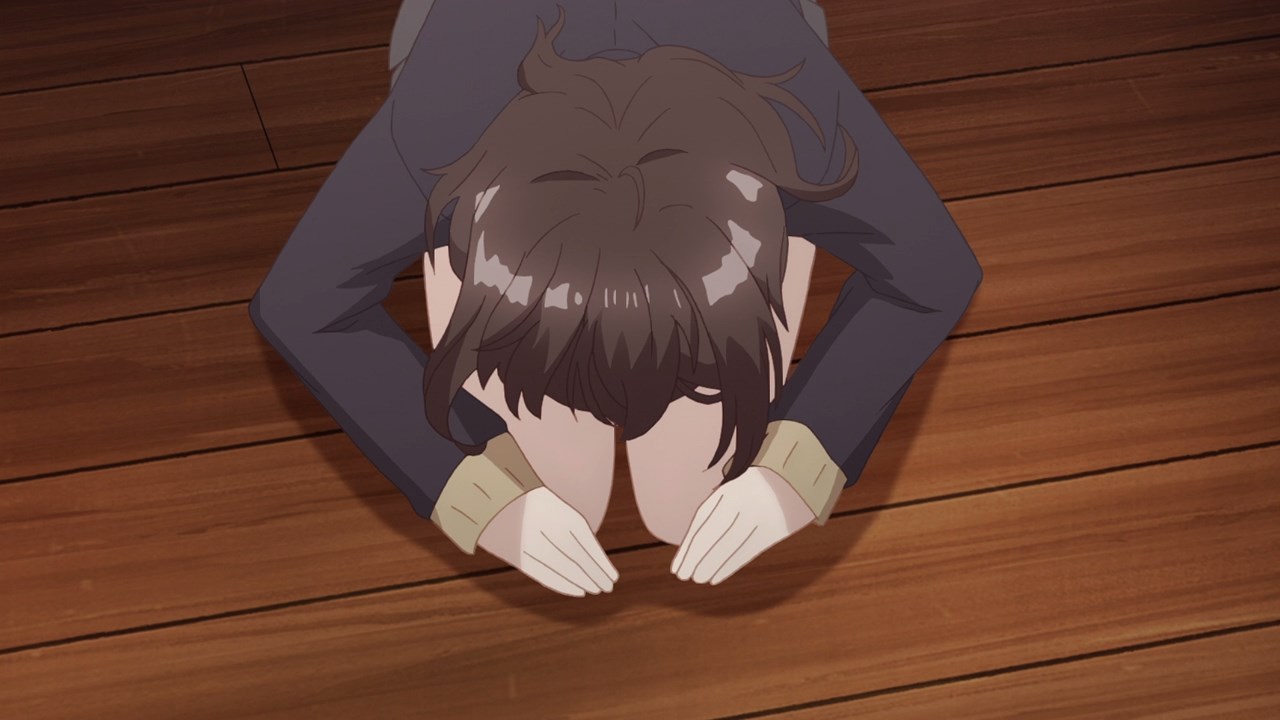 Of course, Sayu wants to apologize to her mother for causing trouble in Tokyo as she grovel towards Mrs. Ogiwara. Not sure if Sayu’s mother would accept her apology. 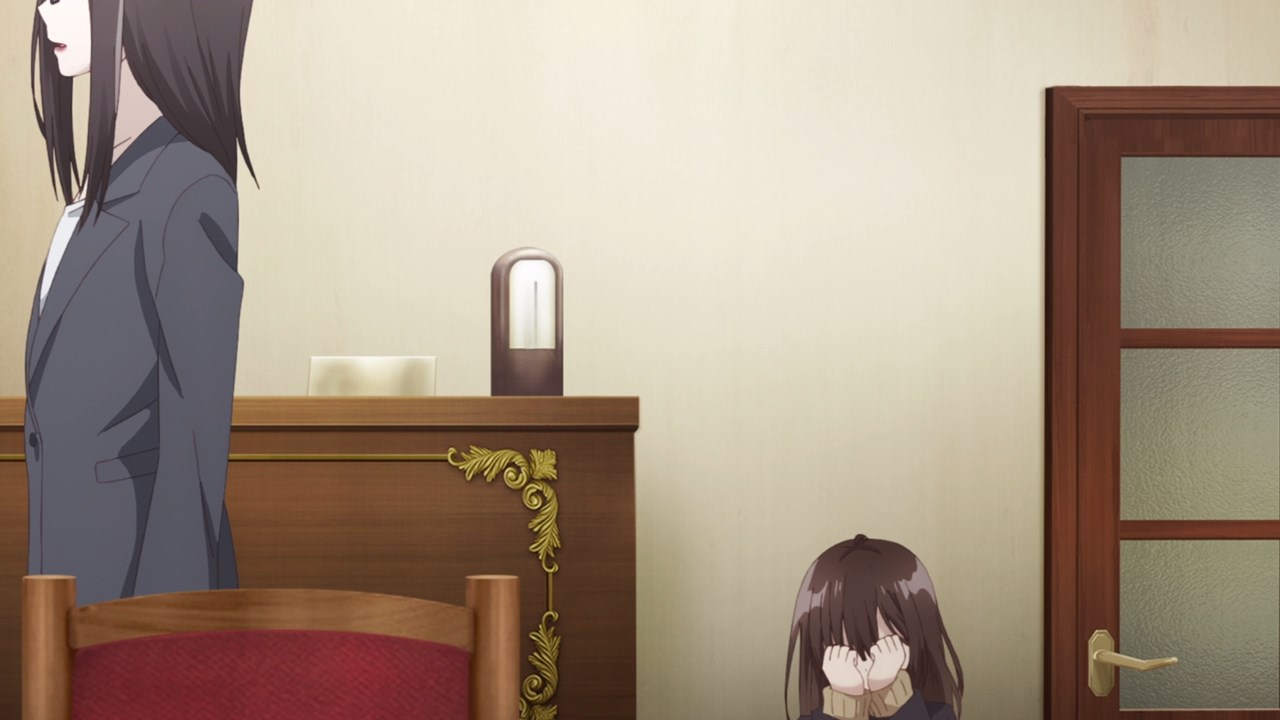 But on the contrary, it appears that Sayu’s mother didn’t accept her apology right away as she’s still bitter towards her daughter’s rebellious time for half a year.

With that said, Mrs. Ogiwara told Sayu to stay here and finish high school, although I have to say that Yoshida-san’s words really hit her very much that she’s acting like a real parent. 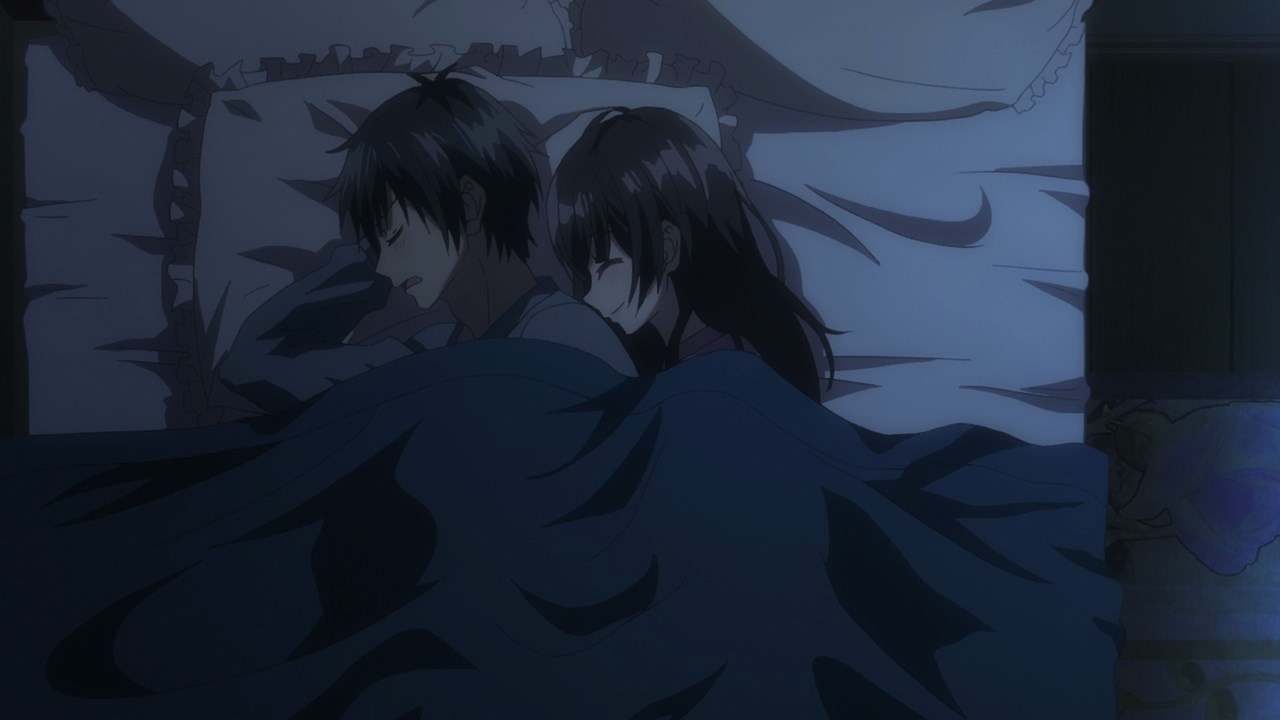 Meanwhile, here’s Yoshida-san where he spends his last night at the Ogiwara residence, but not before he got startled with Sayu as she wants to sleep with him.

Then again, it would be bad if Sayu’s mother caught her sleeping with an older guy. Also, Yoshida-san prefers older women so he’s not gonna get turned on by Sayu. 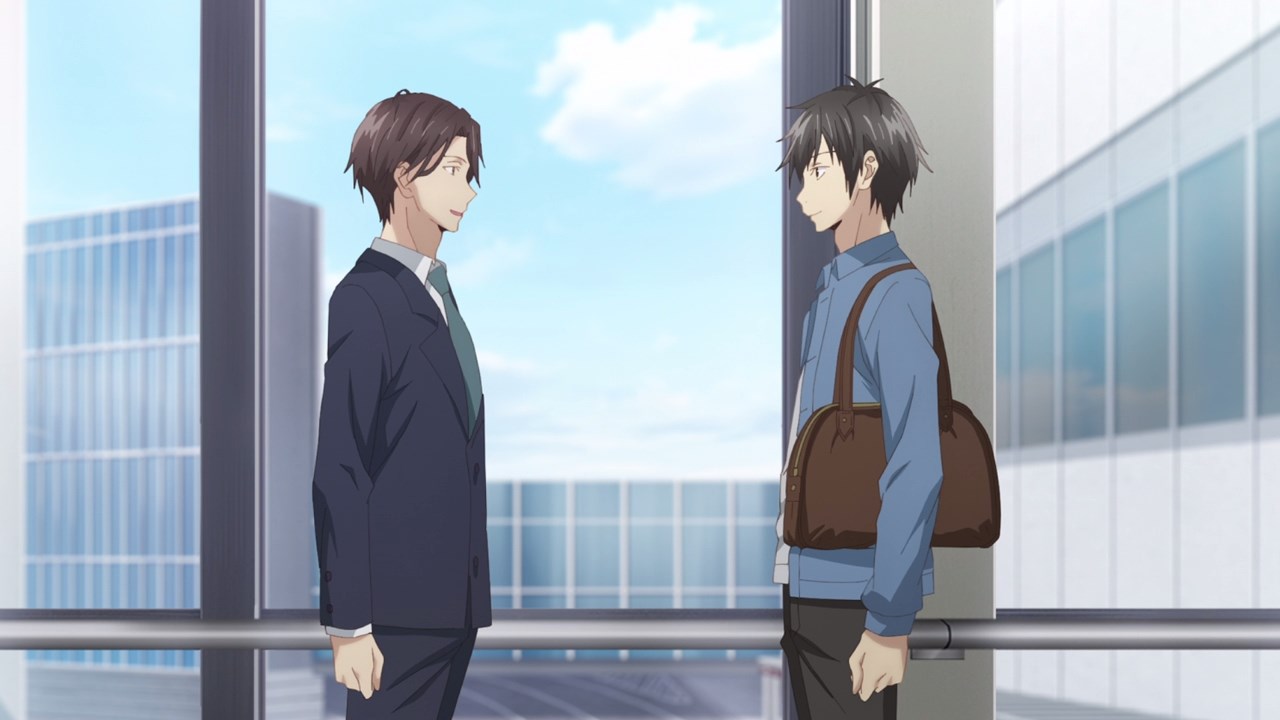 Anyways, it’s time for Yoshida to return to Tokyo as Issa Ogiwara thanked him for saving his sister. Of course, Issa told him that things would be different had he didn’t get drunk and pick Sayu up on that day.

Still, he’s glad that Yoshida-san helped Sayu on overcoming her trauma and move forward with her life. So as a reward, Issa Ogiwara gave some cash to Yoshida-san in addition to paying his ticket back to Tokyo. 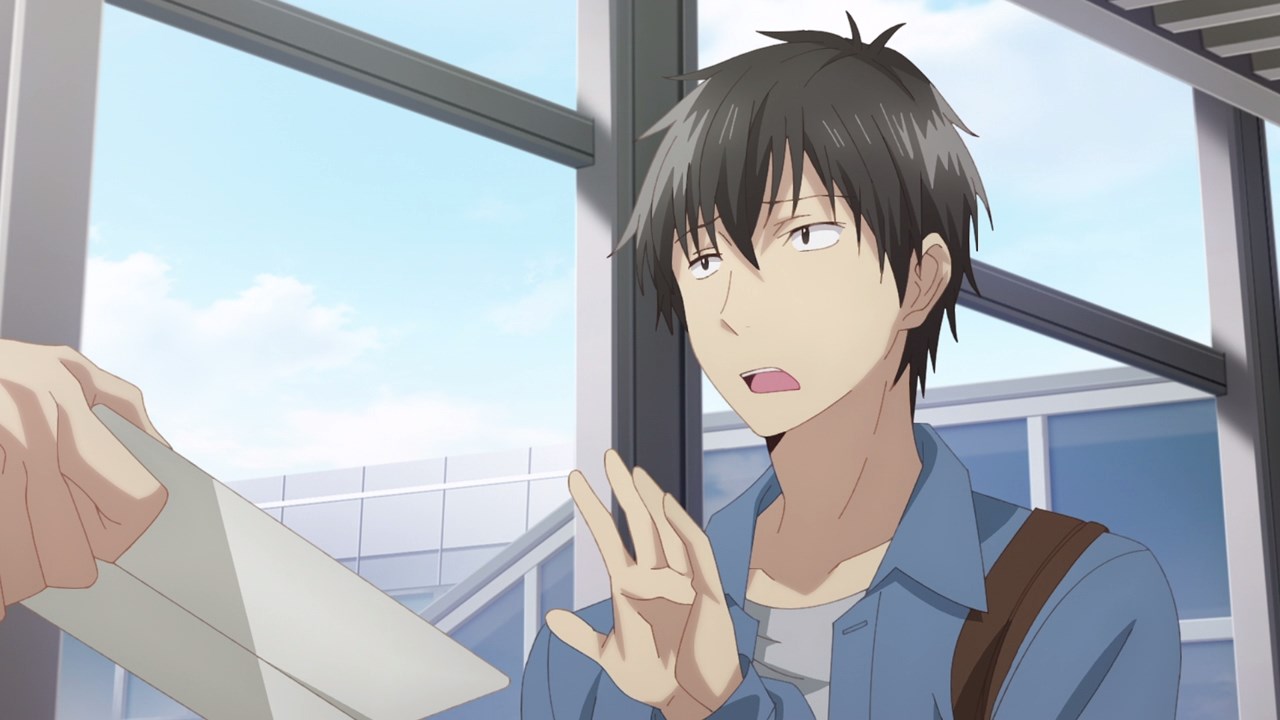 On second though, while he appreciates Issa’s help for buying him a plane ticket, Yoshida-san wants him to buy new clothes for Sayu ’cause she can’t wear her school uniform forever. 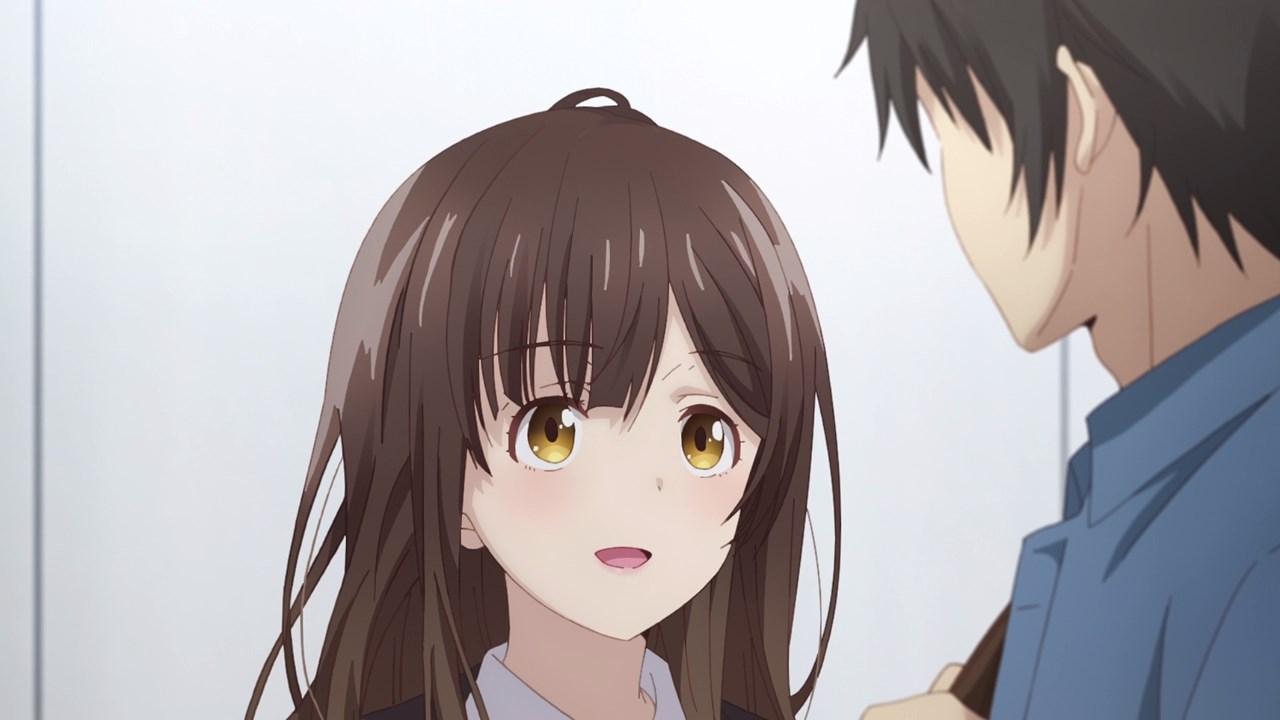 Speaking of Sayu Ogiwara, she’s still wearing her school uniform as she promised to Yoshida-san that she’ll find him once Sayu graduated high school.

Of course, by the time she graduated high school, Yoshida-san already became an old man at that point. Still, Sayu will find him no matter what. 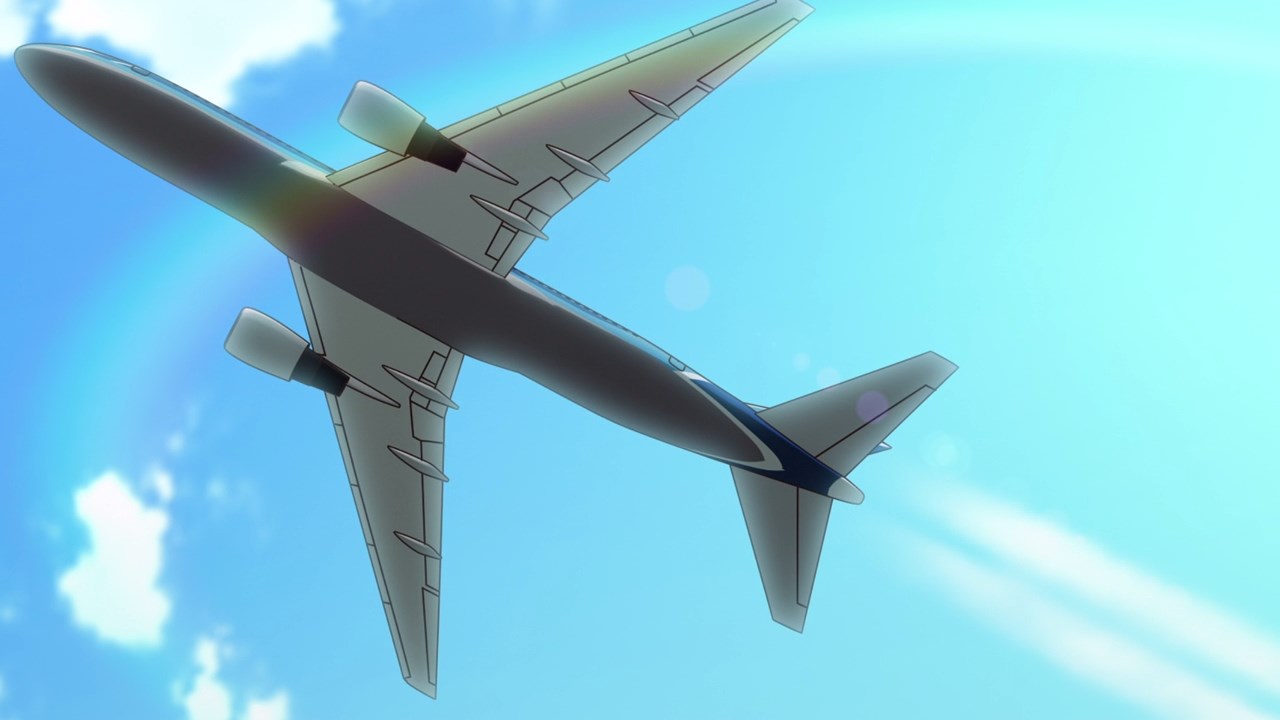 In any case, Yoshida-san goes home as he took the flight back to Tokyo. It wasn’t easy leaving Sayu but it’s for the best. 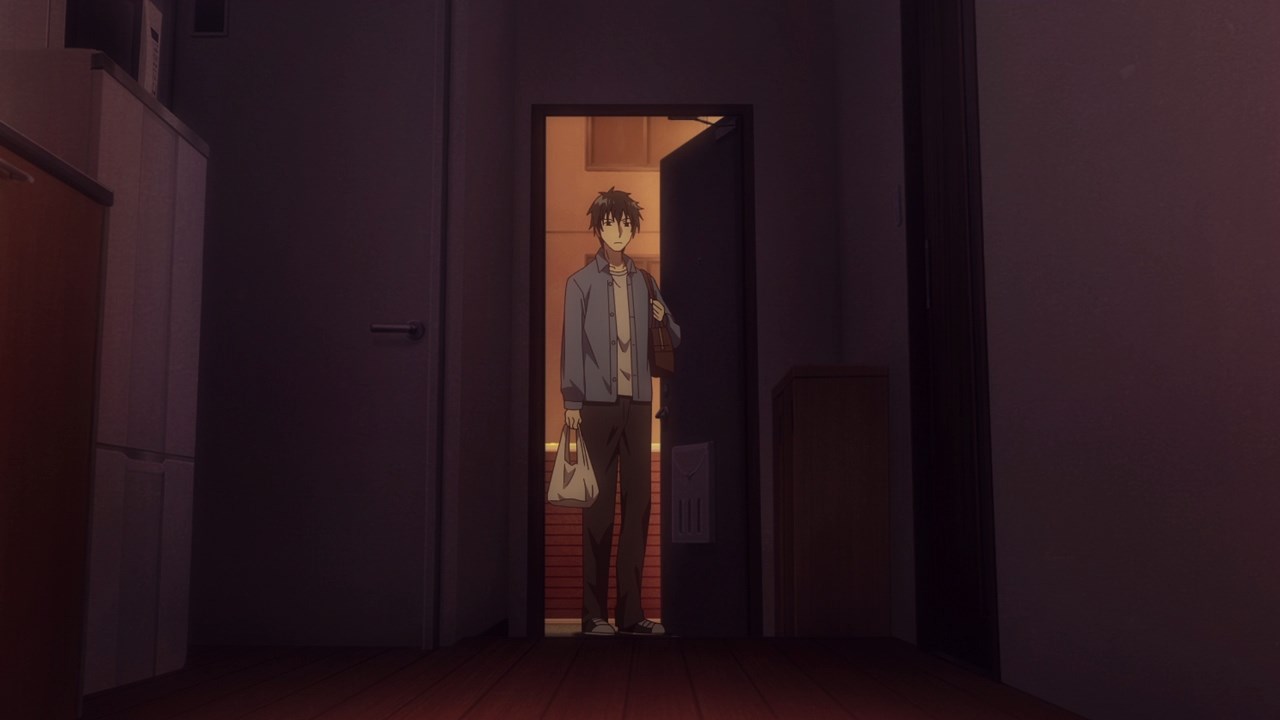 And when he arrived at his apartment, he’s all alone. Fortunately, Sayu left a cooking recipe notebook and her pajama in case Yoshida wants to remember her.

Then again, Sayu leaving her pajama behind? I think she should just take it and leave the notebook behind since having easy-to-cook recipes are useful. 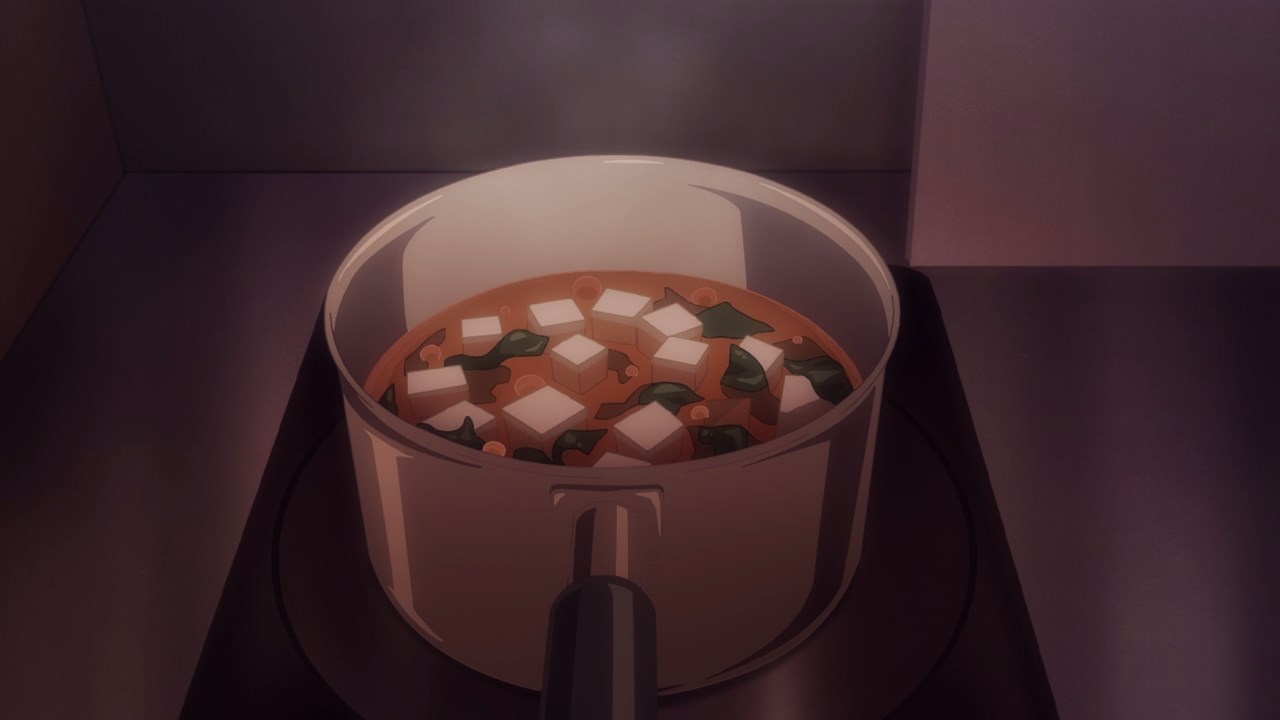 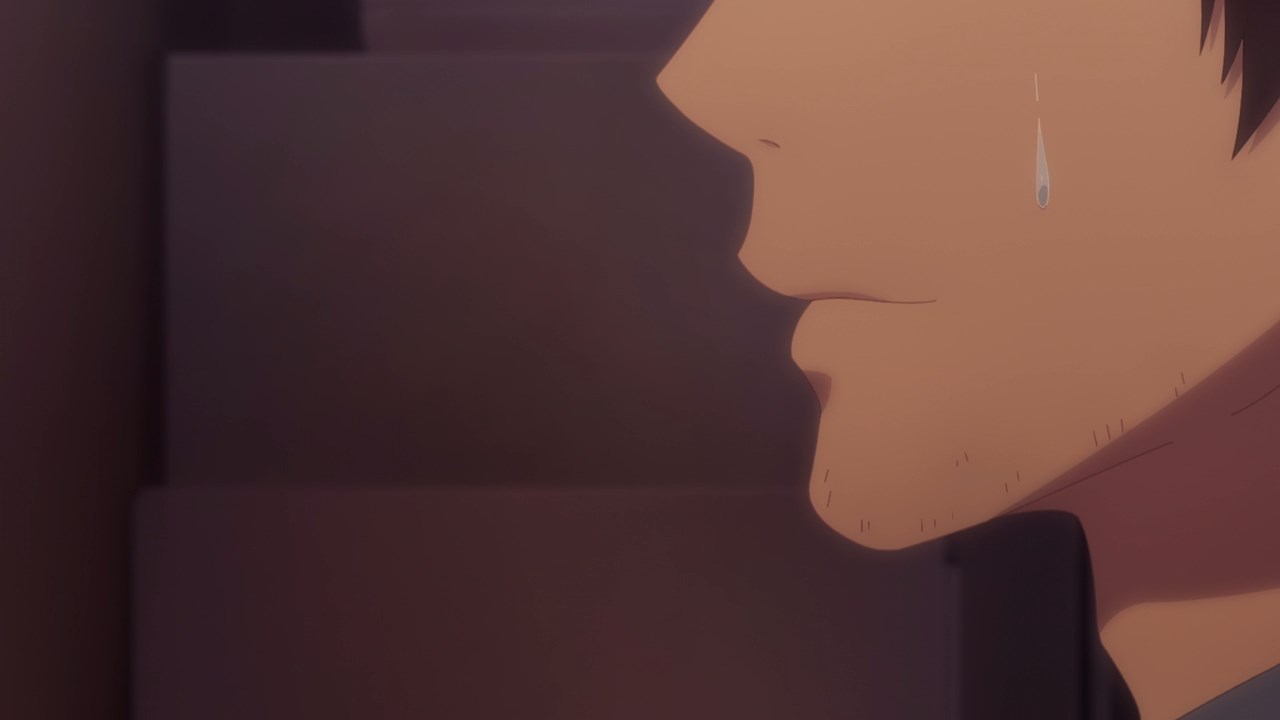 But when Yoshida-san tries to cook miso soup on his own, the fact that Sayu Ogiwara is gone has put him to tears. By the way, I think he should shave his facial hair ’cause it’s growing again.

And that’s the end of Higehiro and I must say that it’s not perfect since Project No. 9 rushed the ending to be in line with the novels, leaving some of the details cut out like Yoshida’s high school days with his then-supposed girlfriend. On the other hand, while I don’t know if the light novel has one, I wish they would explore Sayu’s biological father since he’s the one who indirectly made Sayu’s life miserable in the first place.

With that said, the TV adaptation of Higehiro is decent in my opinion, although I wish that there will be an OVA episode which explores Yoshida’s first love. Then again, I doubt that Kadokawa would green-light an extra episode that covers one particular chapter in the light novels. 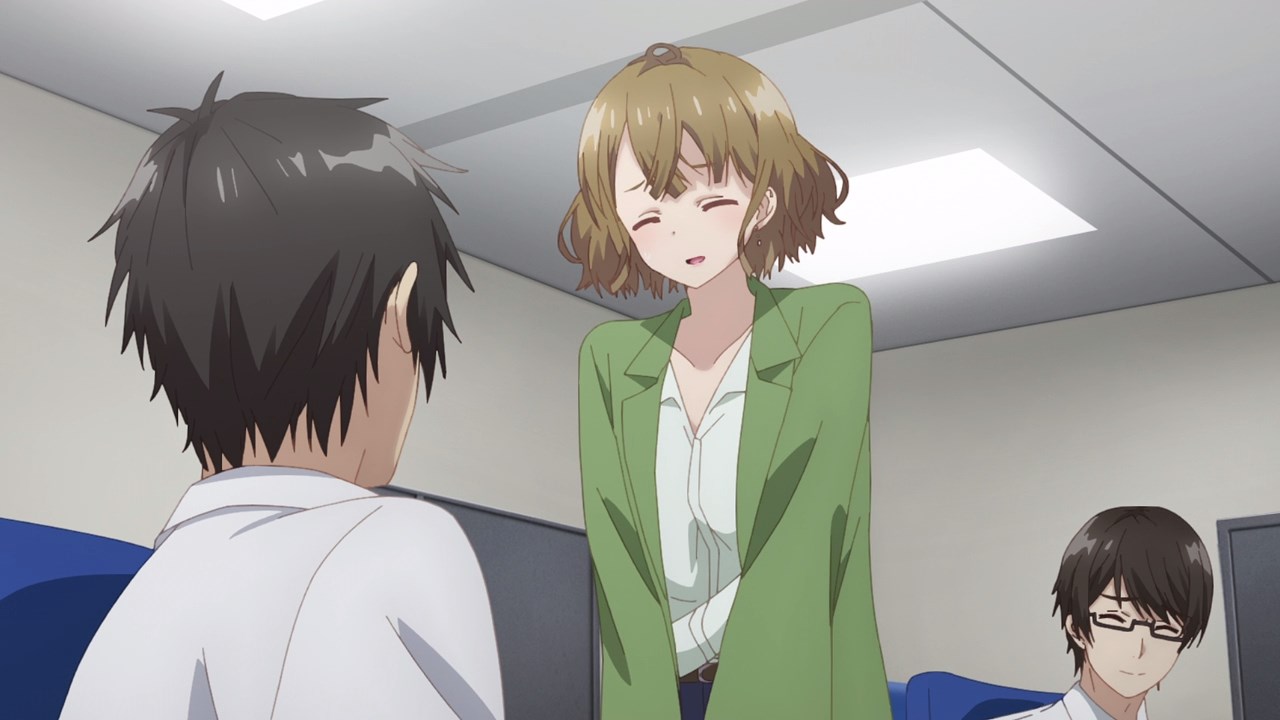 And now, it’s time for the epilogue where it’s been 2 years since Sayu Ogiwara returned home.

While Yoshida-san still kept his job despite letting a runaway girl inside his apartment, you have Yuzuha Mishima where she’s now handling a big project. Glad that she learned to become a better employee than relying on Yoshida-san. 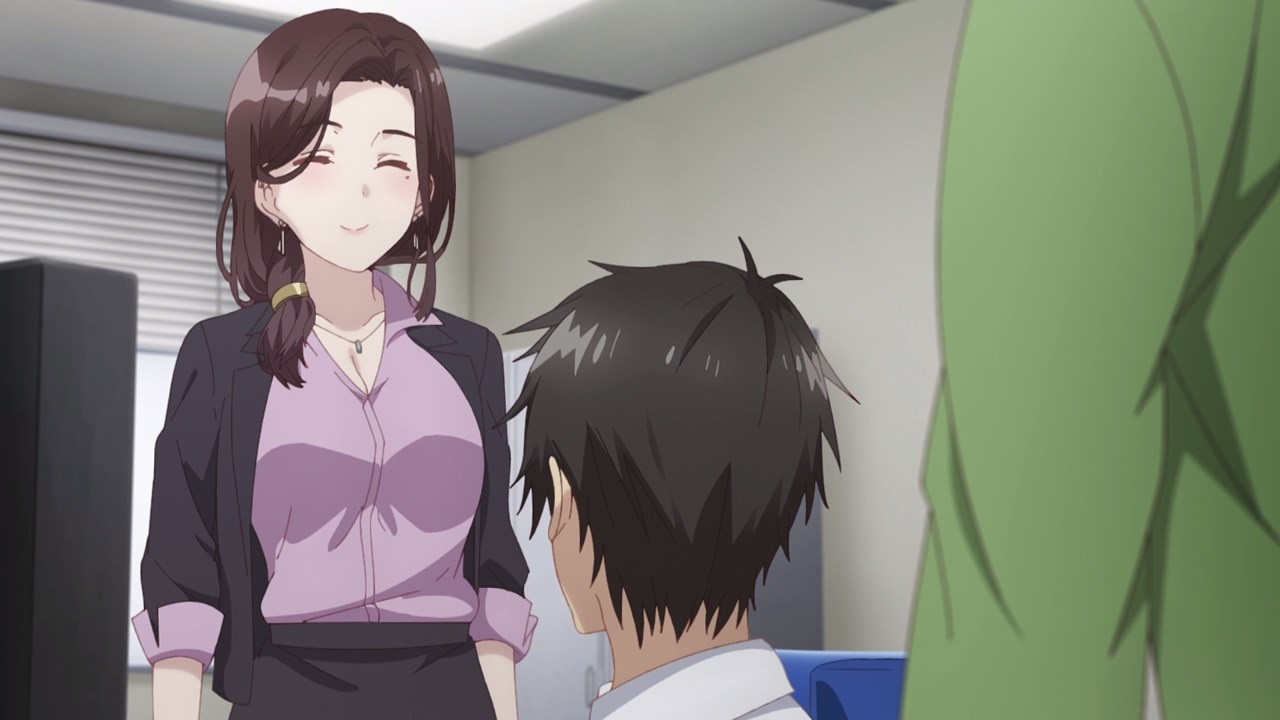 Oh yeah, here’s Airi Gotou where I still don’t know where she’s now dating Yoshida-san or she flat-out reject him again. If it’s the latter, I bet that Yoshida-san is getting sobered again. 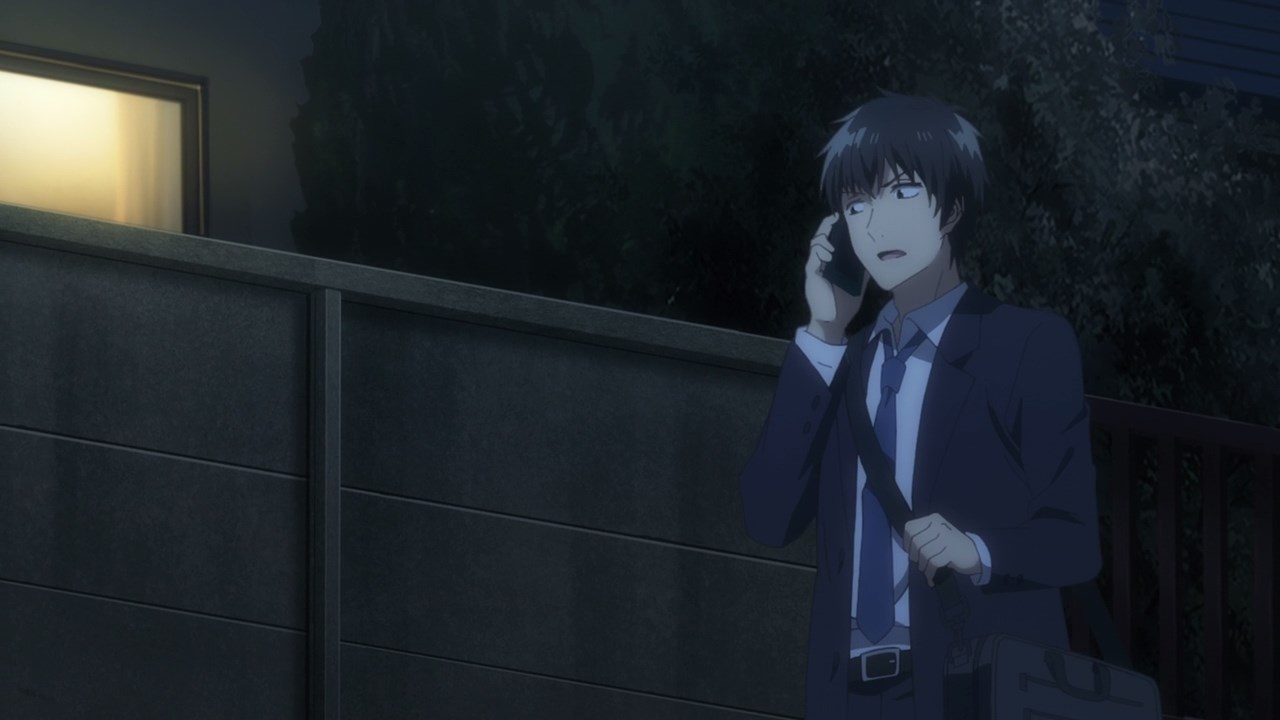 However, Yoshida decides to leave early rather than going to an izakaya bar. By the way, looks like he got a call from Asami Yuuki where she wants to invite him for dinner, but Yoshida-san refused her offer. 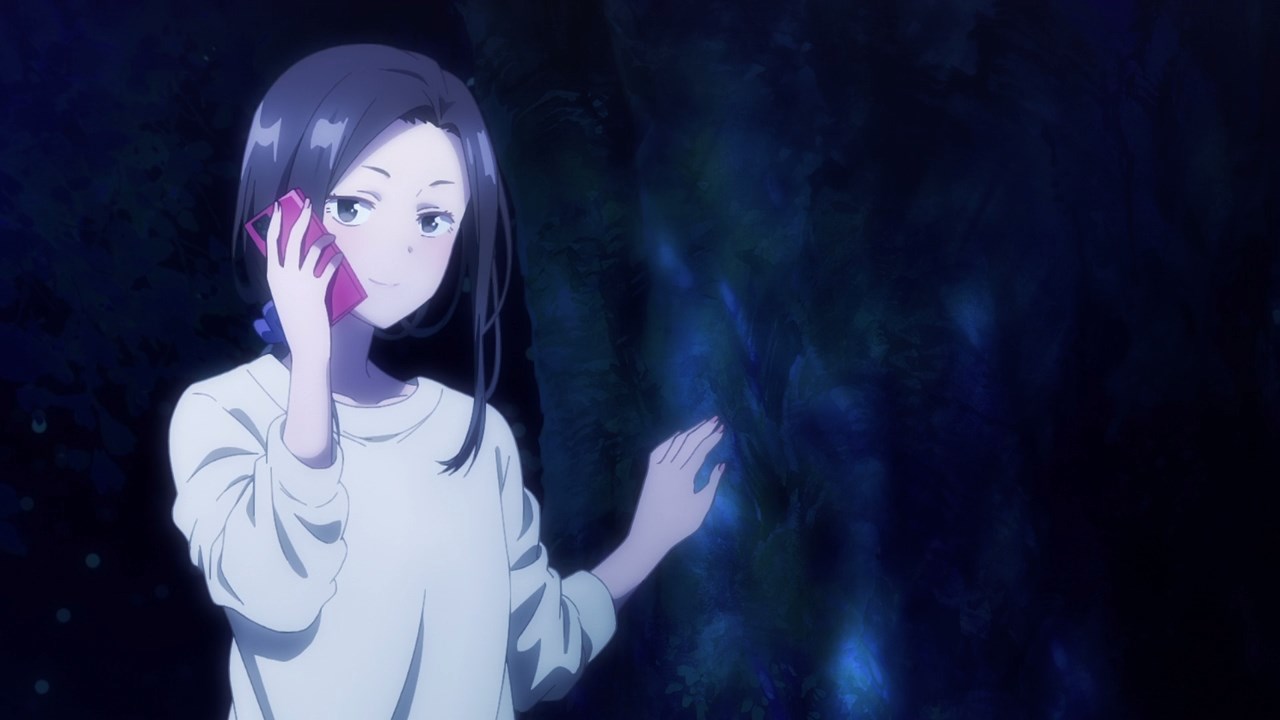 Speaking of Asami Yuuki, looks like she changed her appearance as Asami becomes a successful novelist. Glad that she finally achieved her dreams through hard work. 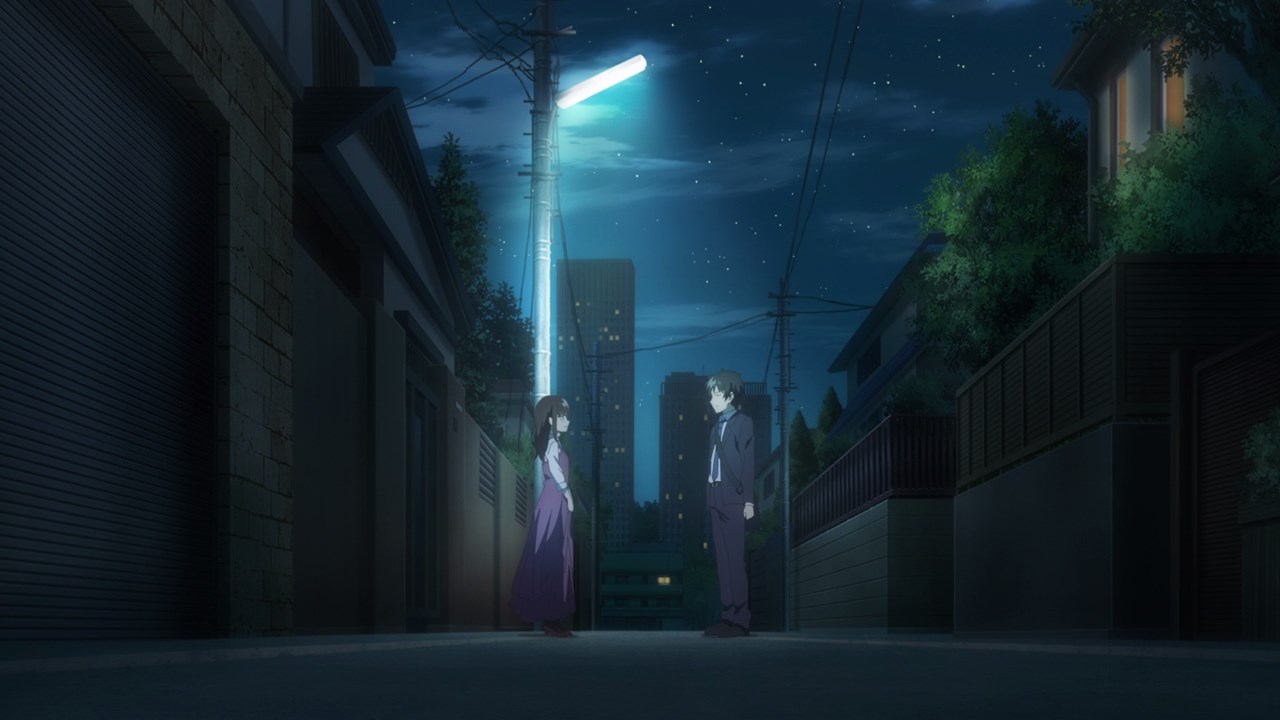 Finally, it appears that Yoshida-san found Sayu Ogiwara at the same lamp post, now finally grown-up into a beautiful lady. Then again, I’m not sure if Yoshida-san will date Sayu or someone else? 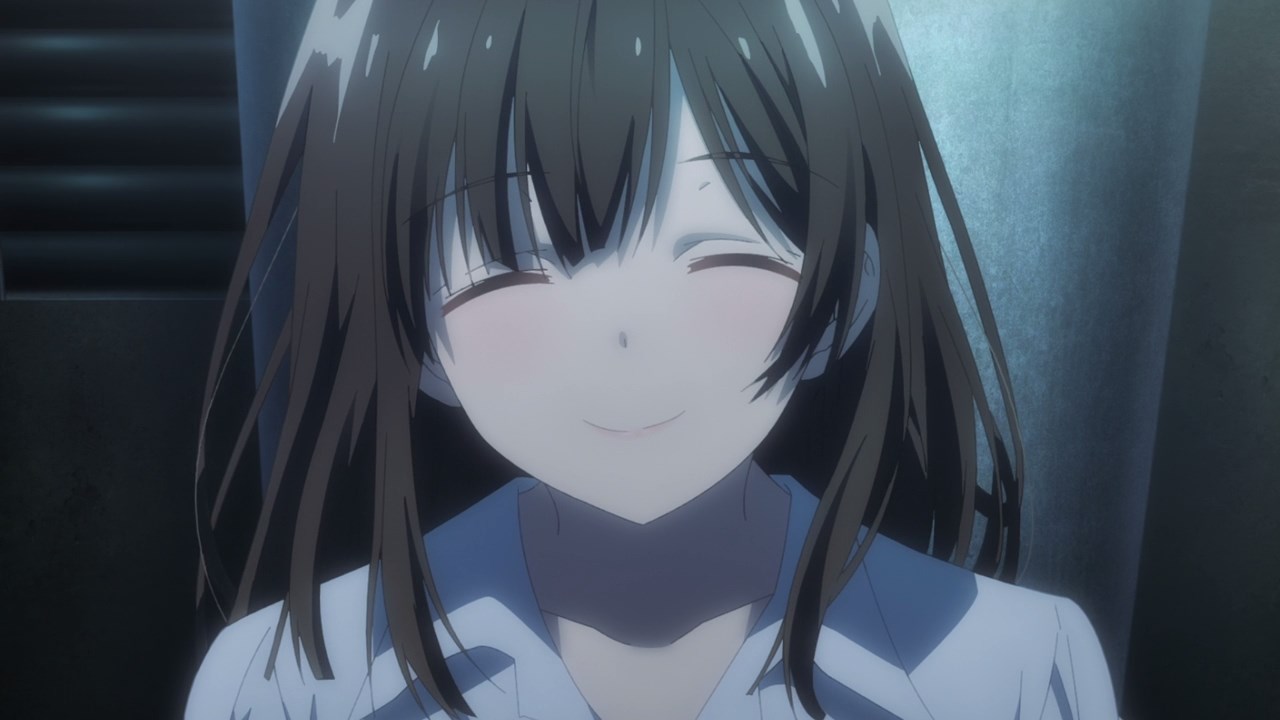 Anyways, I’ll end this post with Sayu Ogiwara as this show has finally ended. Man, I love her smile!