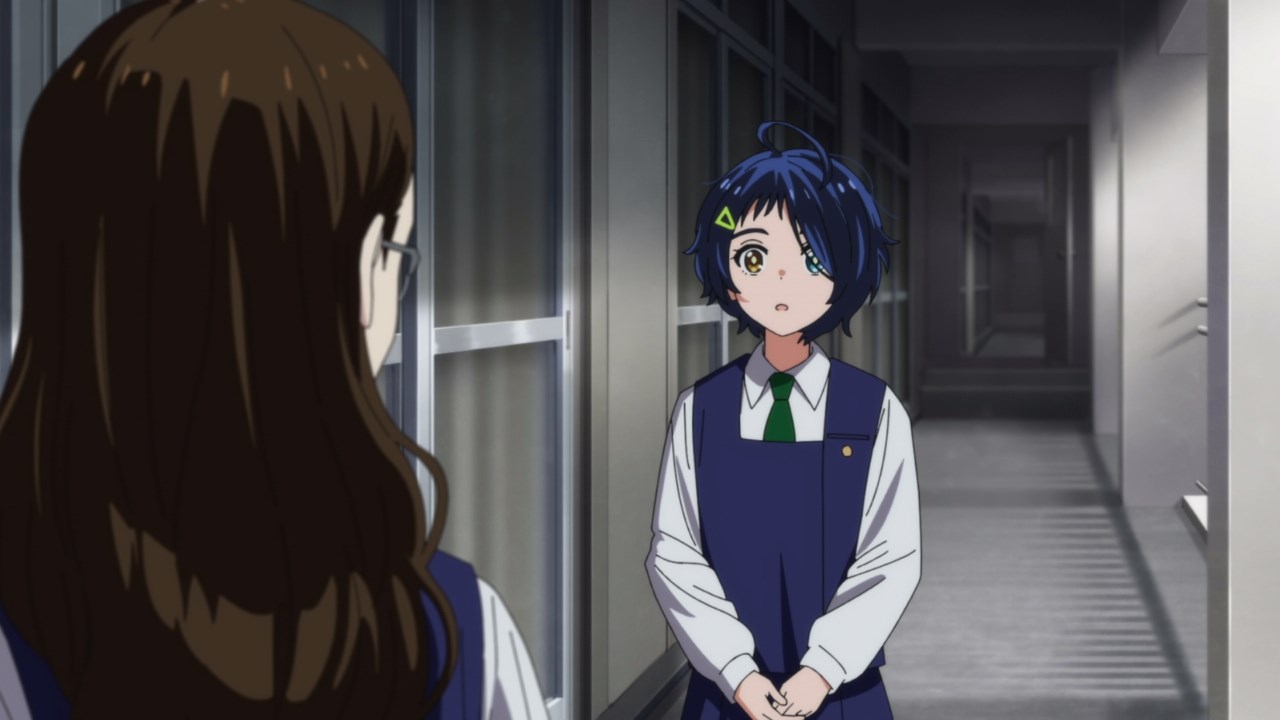 Well there she is as Ai Ohto finally found Koito Nagase, the girl in which Ai-chan considered her as a friend. 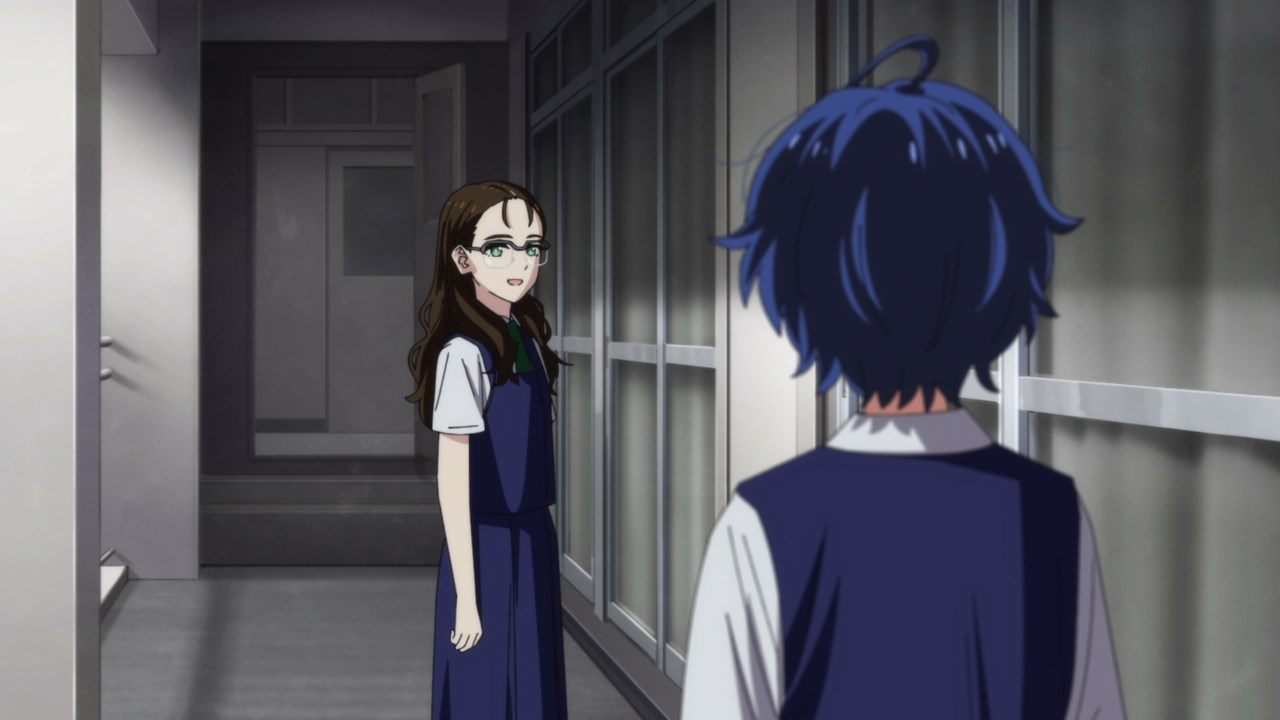 However, it appears that Koito doesn’t consider Ai-chan as a friend, but rather a stranger. Okay, why she can’t remember her?

Also, there’s more information about Koito Nagase in she she got into trouble in her previous school to the point that one of the male teachers committed suicide. Of course, Koito Nagase would pull that stunt towards Shuichiro Sawaki in which she accuse him of raping her, although it didn’t work out in the end as Nagase lost balance and fell down to the pavement.

So yes, Koito death wasn’t a suicide after all but after all the pain Ai-chan went through to revive her, Ai’s efforts were in vain as Koito couldn’t remember her. 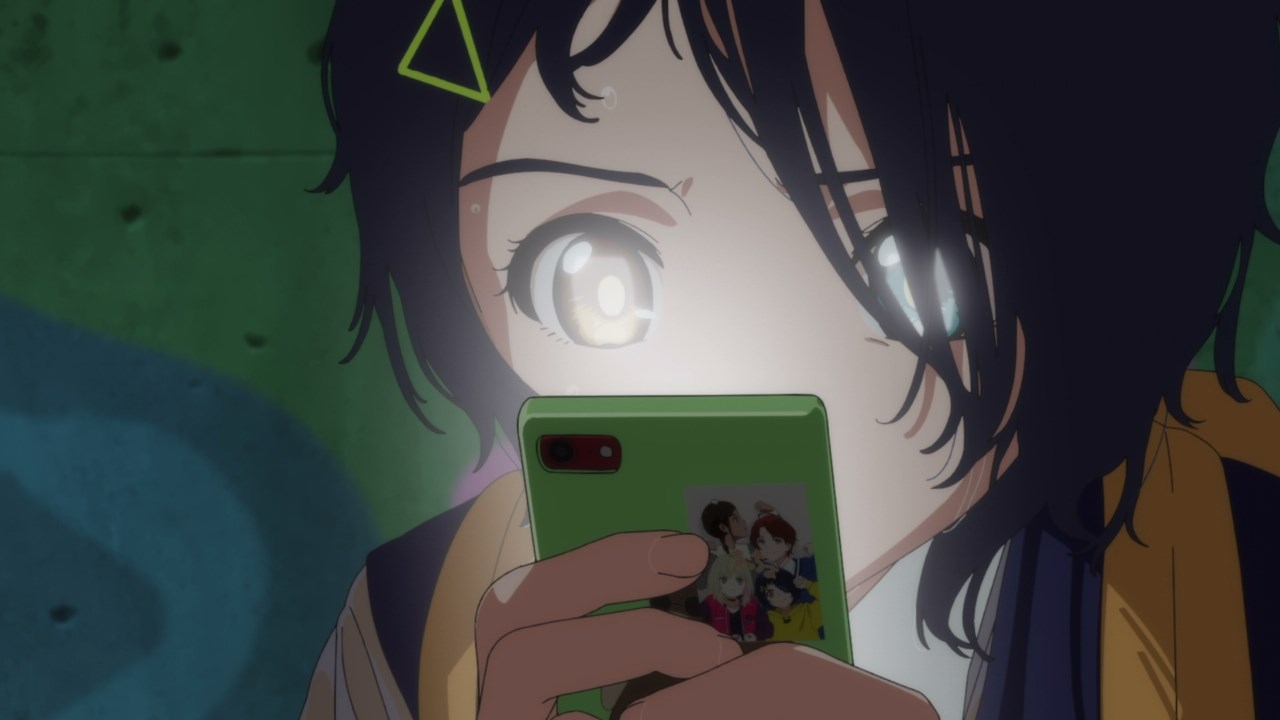 And to rub salt in her wounds, it appears that all of her Koito’s pictures from her cellphone are gone. Man, I have a feeling that Ai-chan went to another dimension or something. 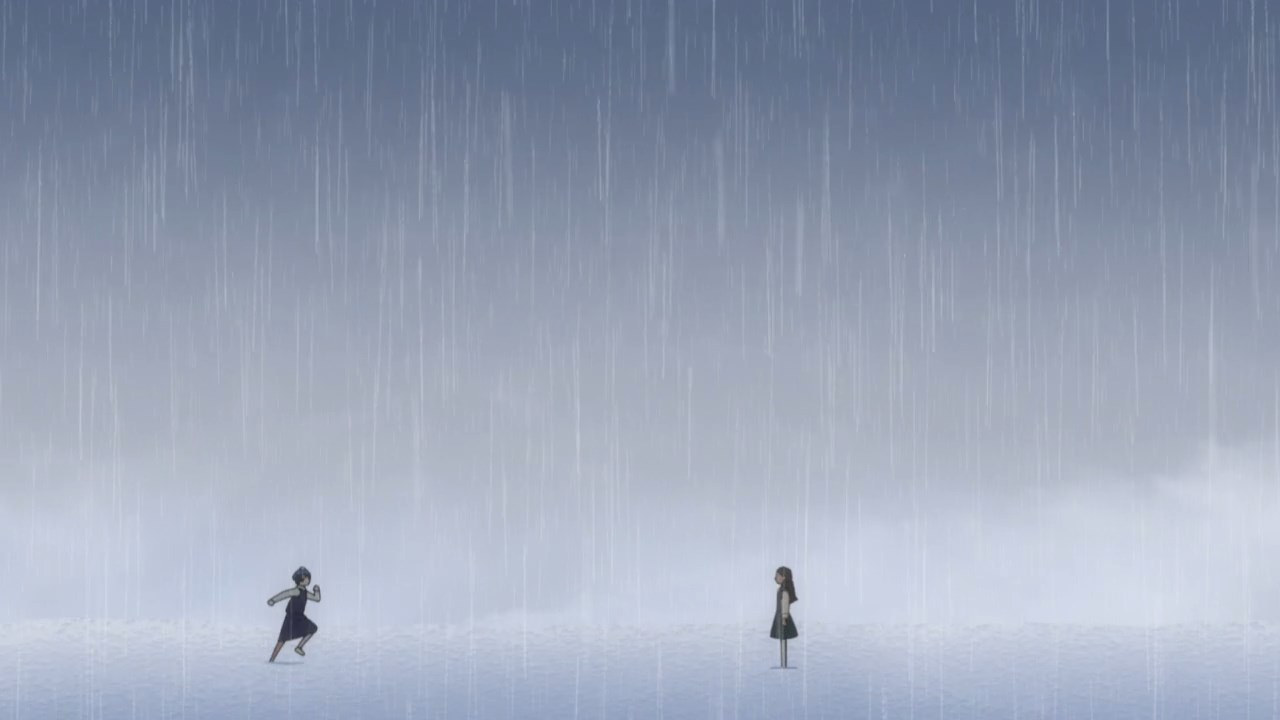 Anyways, Ai Ohto went to Japan Plati in order to see Neiru Aonuma, but it turns out that she doesn’t know Ai-chan at all as Neiru turned her away. 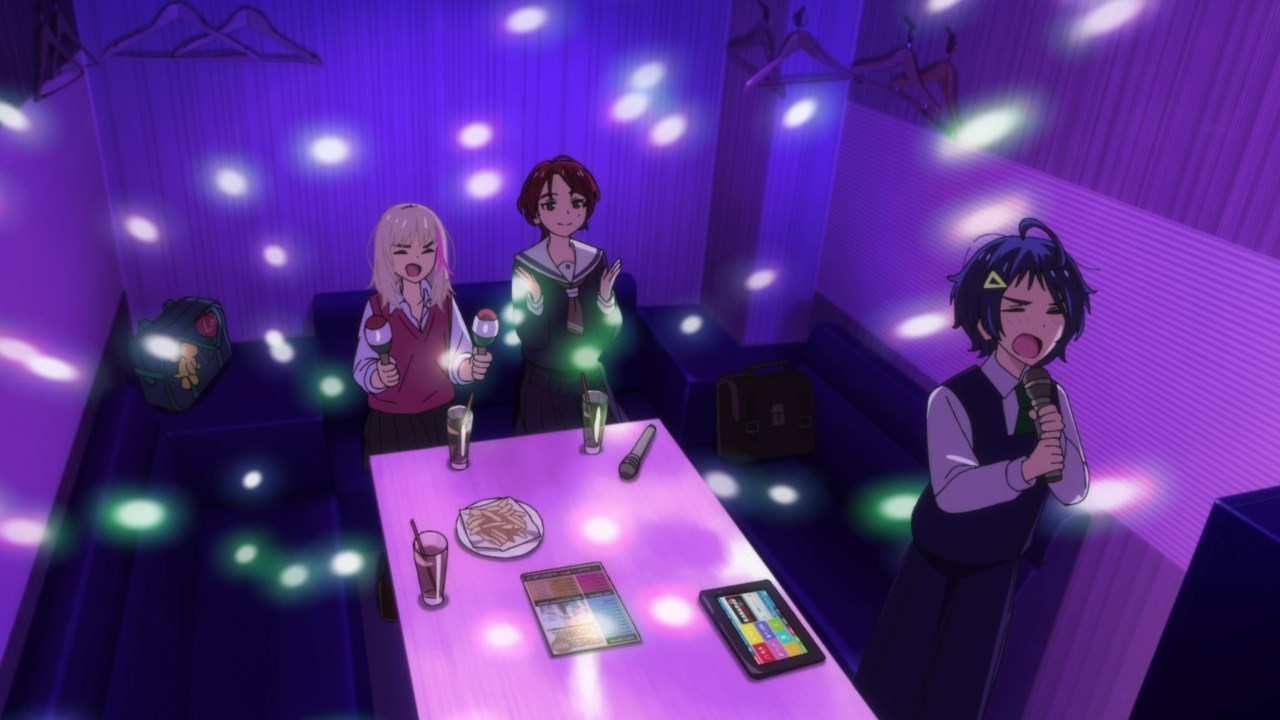 Fortunately, both Rika Kawai and Momoe Sawaki still remembers Ai Ohto as they invite her to a karaoke bar, although Ai-chan sucks at singing the ending theme of Wonder Egg Priority, “Life is Cider”. 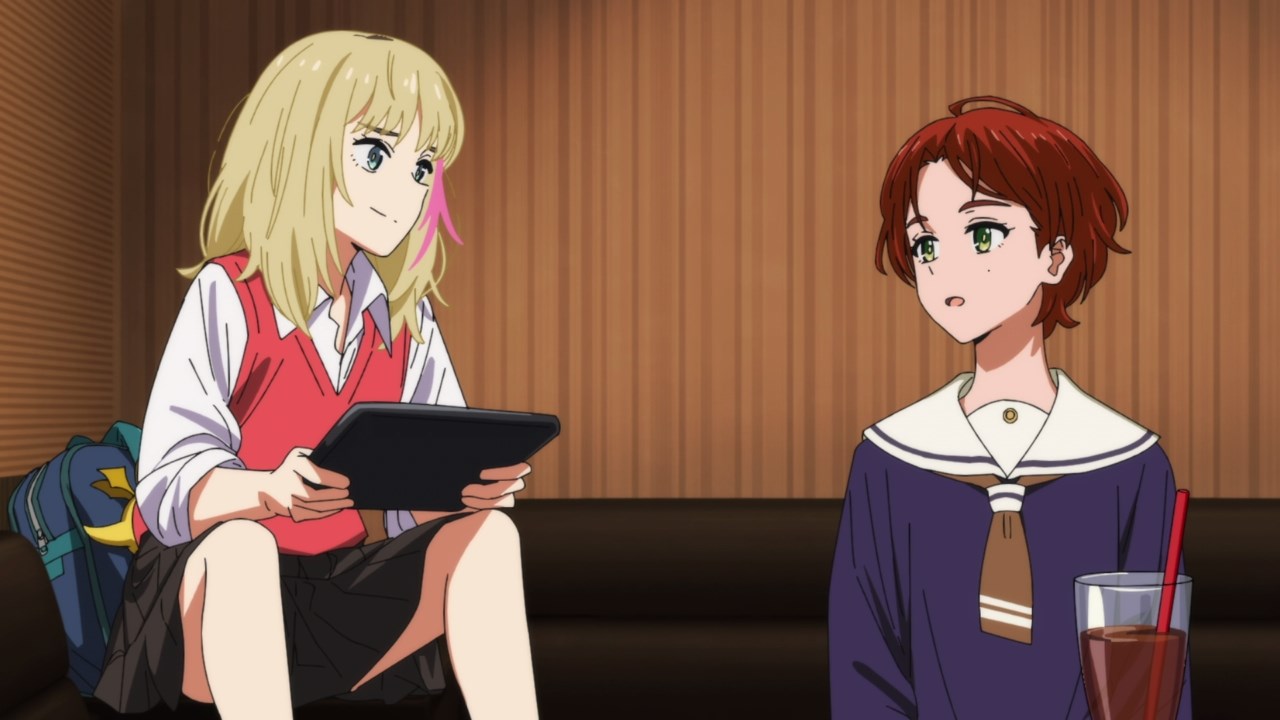 Speaking of Rika and Momoe, they have the same predicament as Ai-chan where both of their respective friends, Chiemi and Haruka, don’t even remember them. Really, is this their reward after saving girls from their terrible fates?

For now, the only thing that they worry about is Neiru Aonuma as she doesn’t have any memories from Ai Ohto and the rest of the girls. Then again, Momoe Sawaki doesn’t want to get involved anymore as she suffered a lot, especially when Panic was killed by Hyphen. Still, they don’t have a clue on why Neiru was changed. 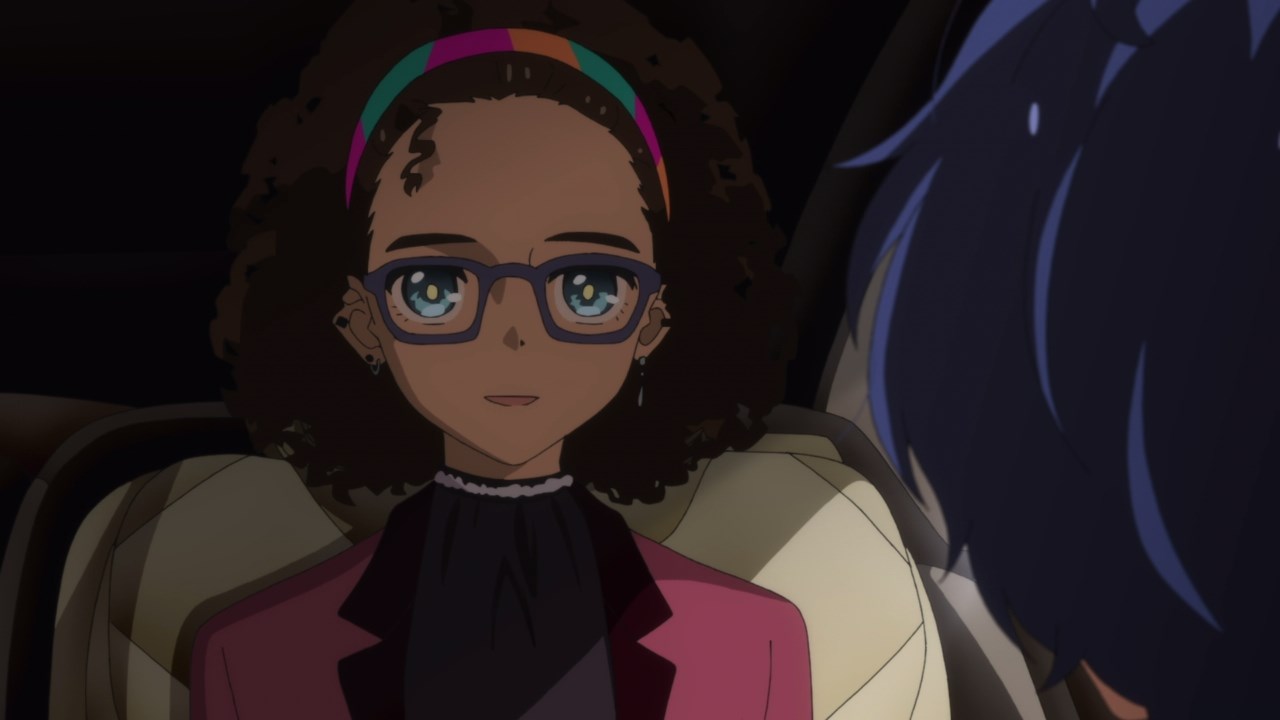 Luckily, there’s Misaki Tanabe where it’s revealed that the Neiru they’ve talked to at the office is not the real one, but rather her sister named Airu.

This means that the real Neiru Aonuma is missing as Tanabe-san told the girls that she has a recording to one of her dreams. But first, they need to meet an important person. 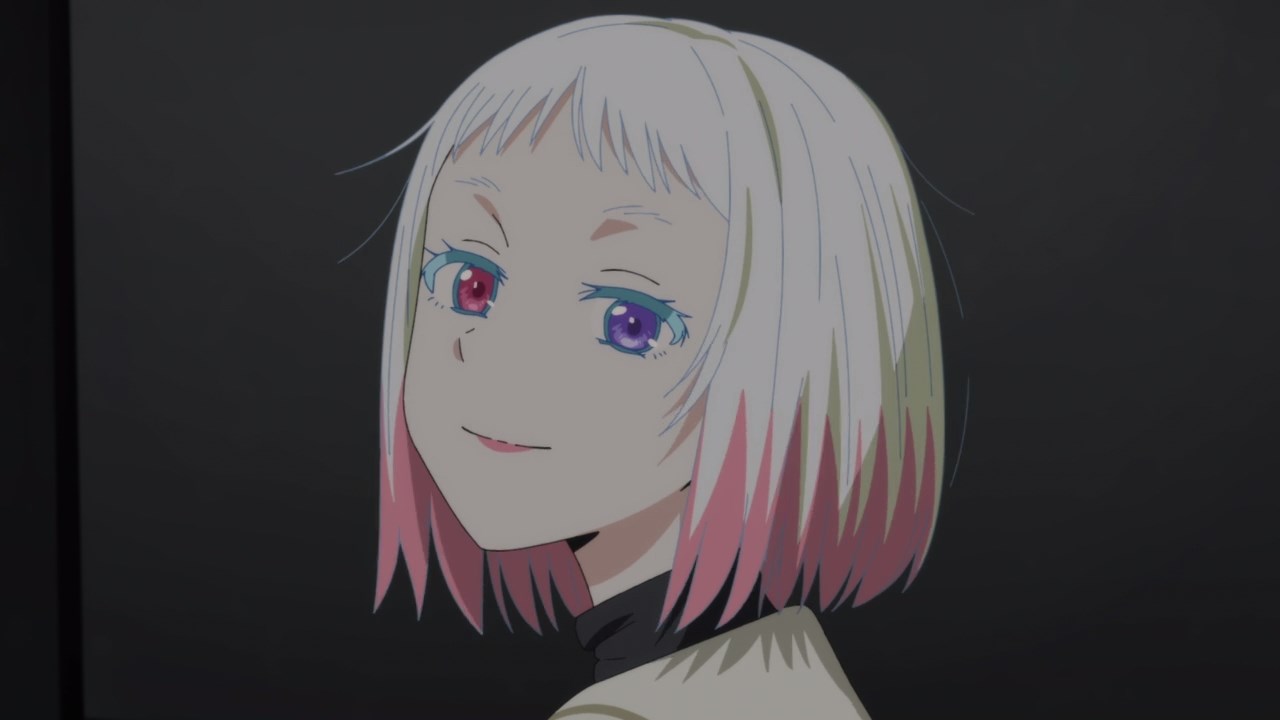 Said person happened to be Kotobuki Awano where she’s alive instead of being brain-dead for so long. Well actually, the truth is that this Kotobuki came from a parallel world, meaning that the ones they saw back in Episode 8 is already dead. 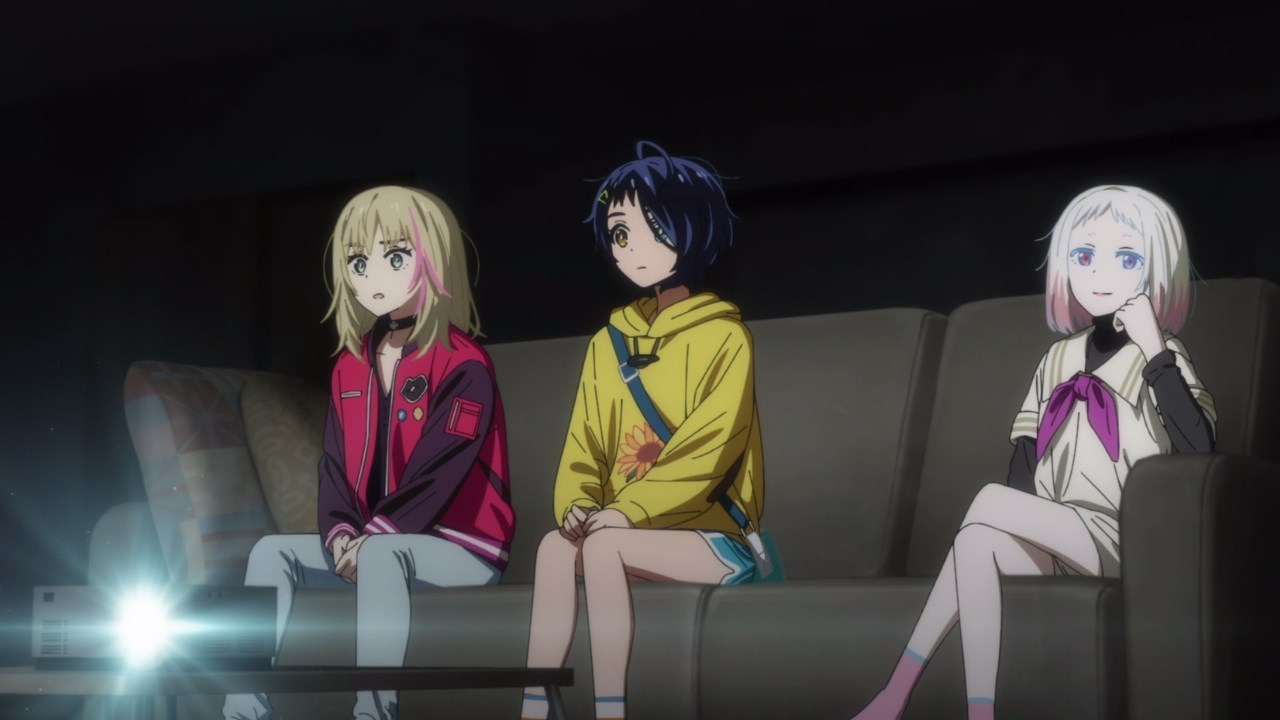 Anyways, it’s time to watch Neiru’s dream and things got a bit weirder as she managed to save her sister, although Airu acted like a bitch because it turns out that she’s really jealous towards Neiru. 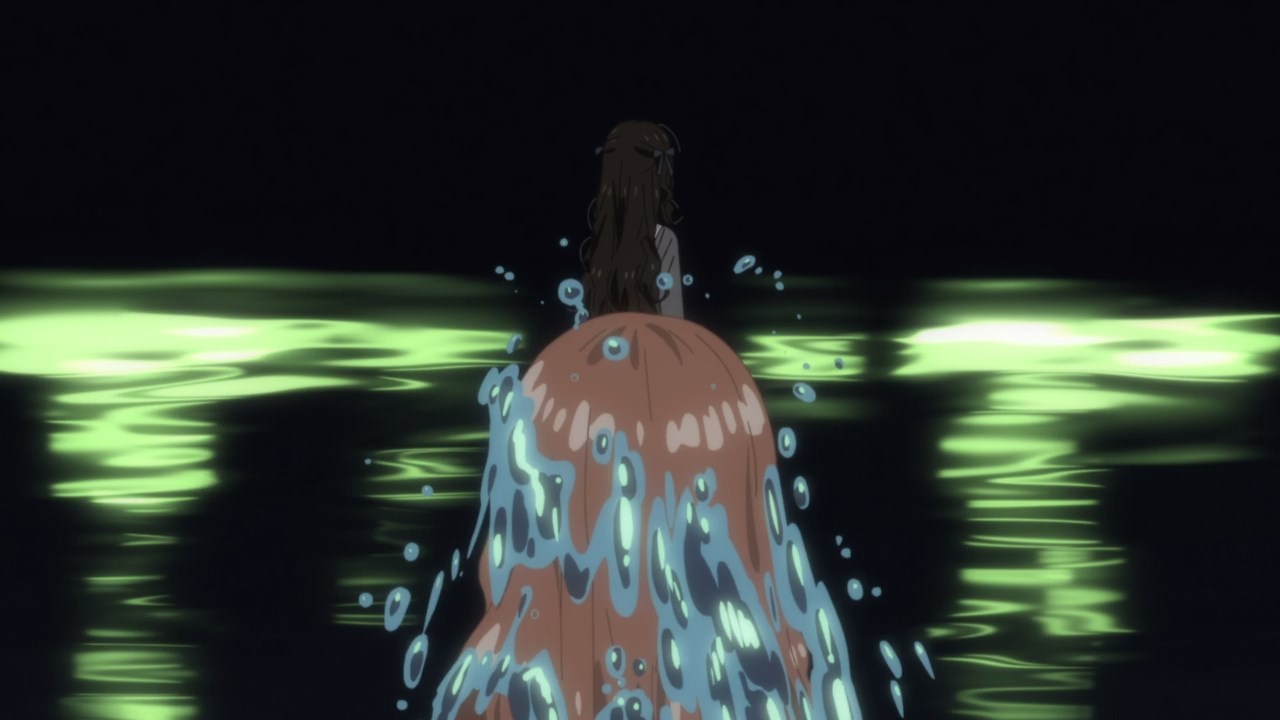 Furthermore, there’s Frill in which she’s very interested towards Neiru Aonuma rather than killing her right away. 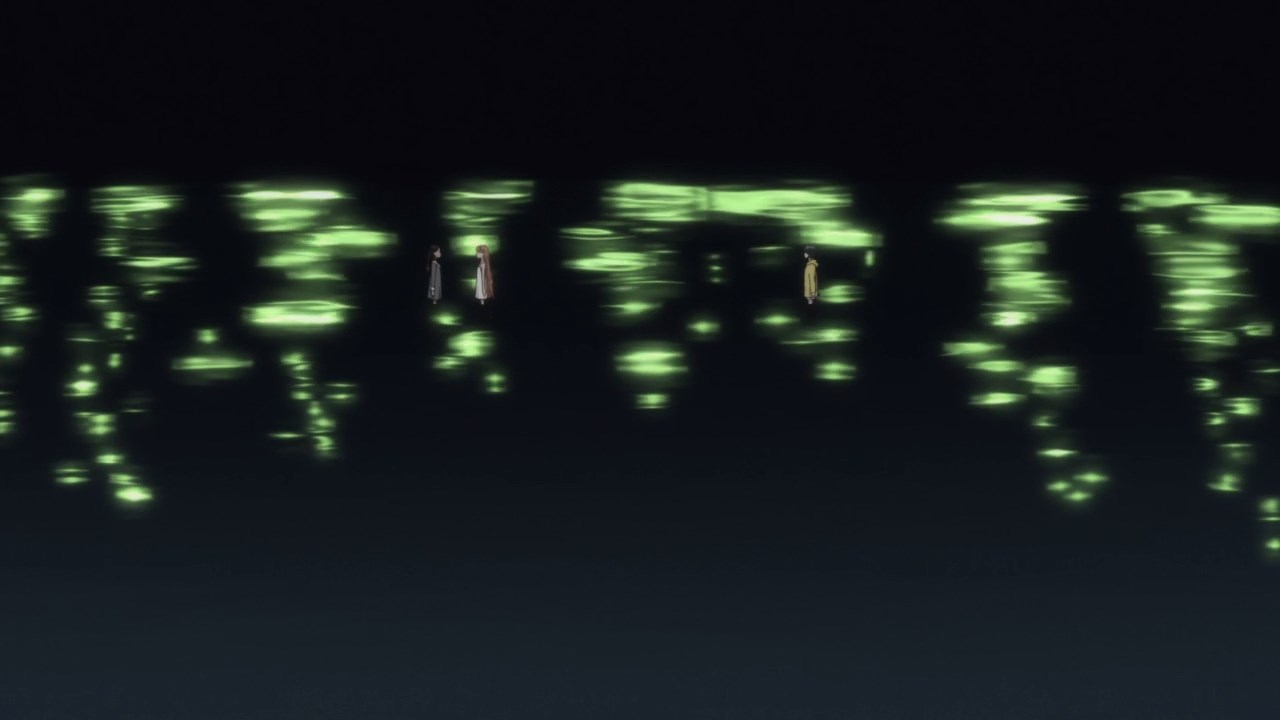 For you see, it turns out that Neiru is actually an AI based on Airu’s image, hence Frill took a liking on Neiru while Airi got jealous of her perfect clone. Then again, both Neiru and Frill’s personalities don’t mesh with each other. 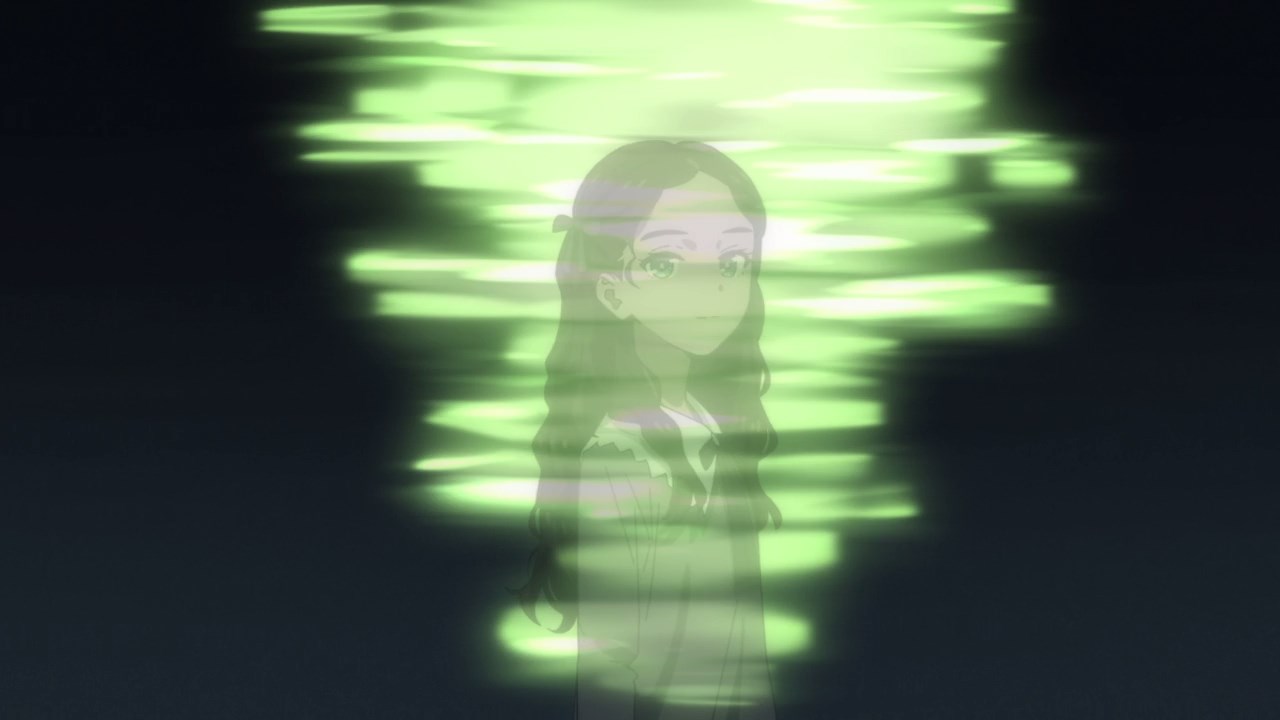 In any case, Neiru Aonuma decided to stay in the dream world, although fighting Frill and her cronies would be very difficult for Neiru considering that they’re the ones who drove countless girls to end their lives. Hell, Neiru might suffer a fate that’s worse than death. 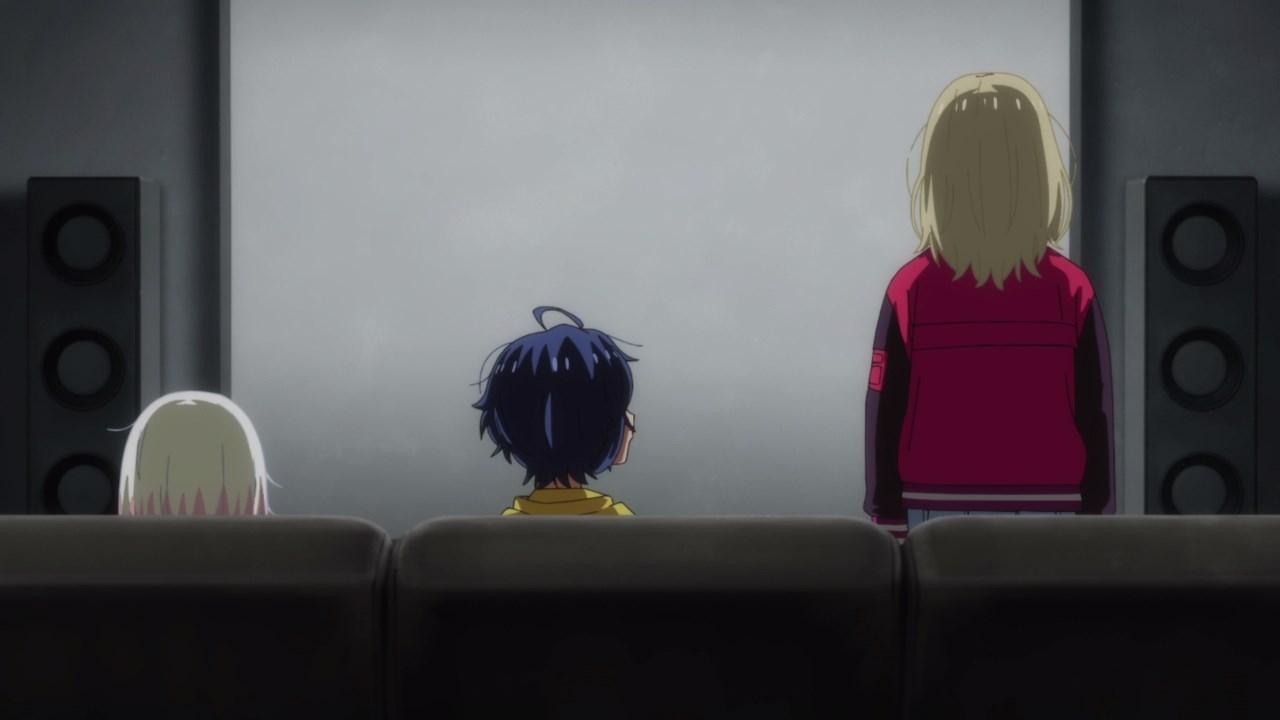 Unfortunately, it seems that Rika Kawai decided not to get involved anymore not just because Neiru is a robot, but because she doesn’t want to get hurt anymore as Rika lost both Chiemi and Mannen.

While it’s understandable that Rika Kawai decides to sit this one for good, what about Ai Ohto? 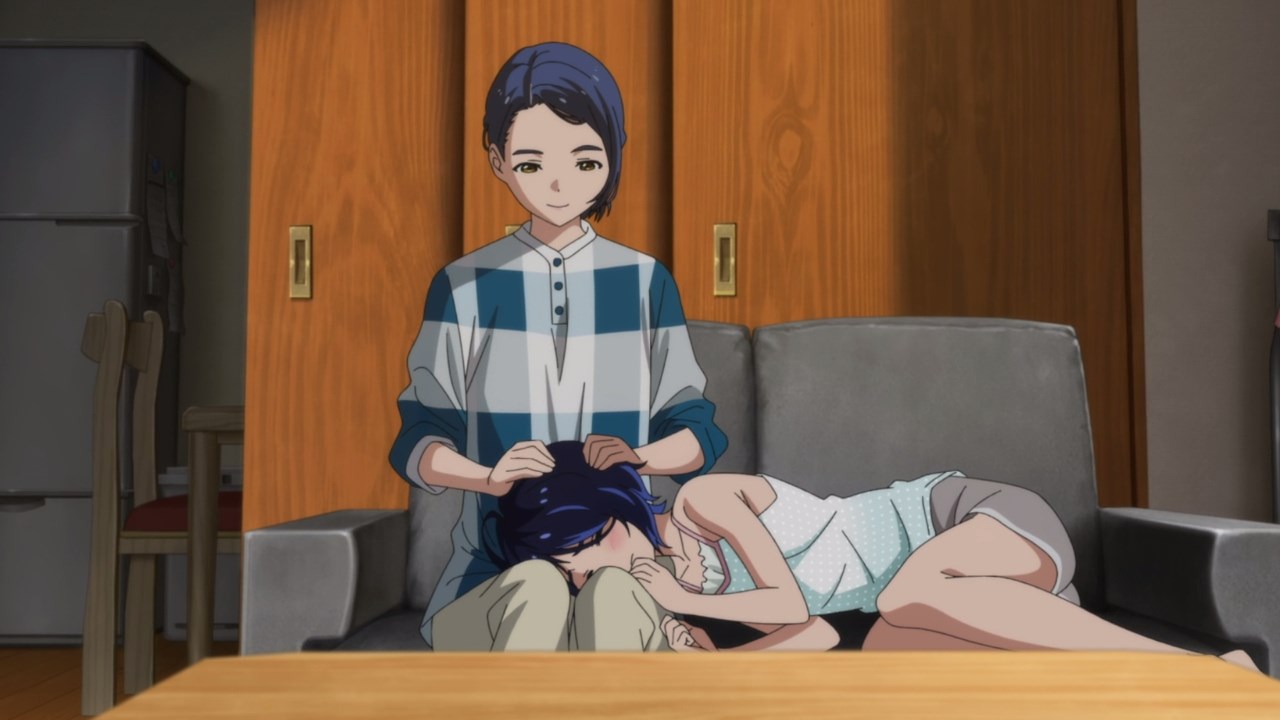 Well, she’s not gonna get involved on saving Neiru Aonuma anymore, although Ai-chan really regretted it that her mother Tae-san comforted her.

With that said, Ai Ohto transferred to another school as she doesn’t want to see Koito Nagase again. Of course, this means that Ai-chan won’t see both Rika Kawai or even Momoe Sawaki anymore as they drifted apart. 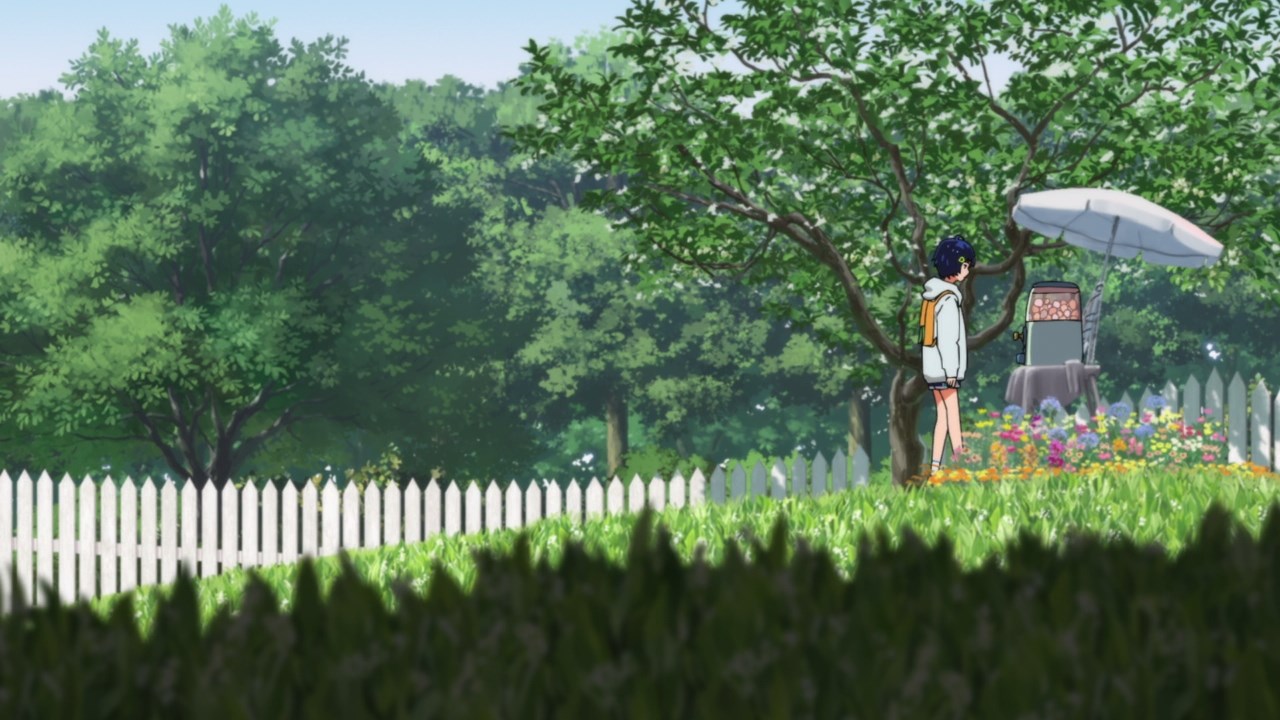 However, it appears that Ai-chan has the urge to save Neiru Aonuma anyway as she went to the capsule machine and get some eggs, meaning that she’s back on saving girls again. 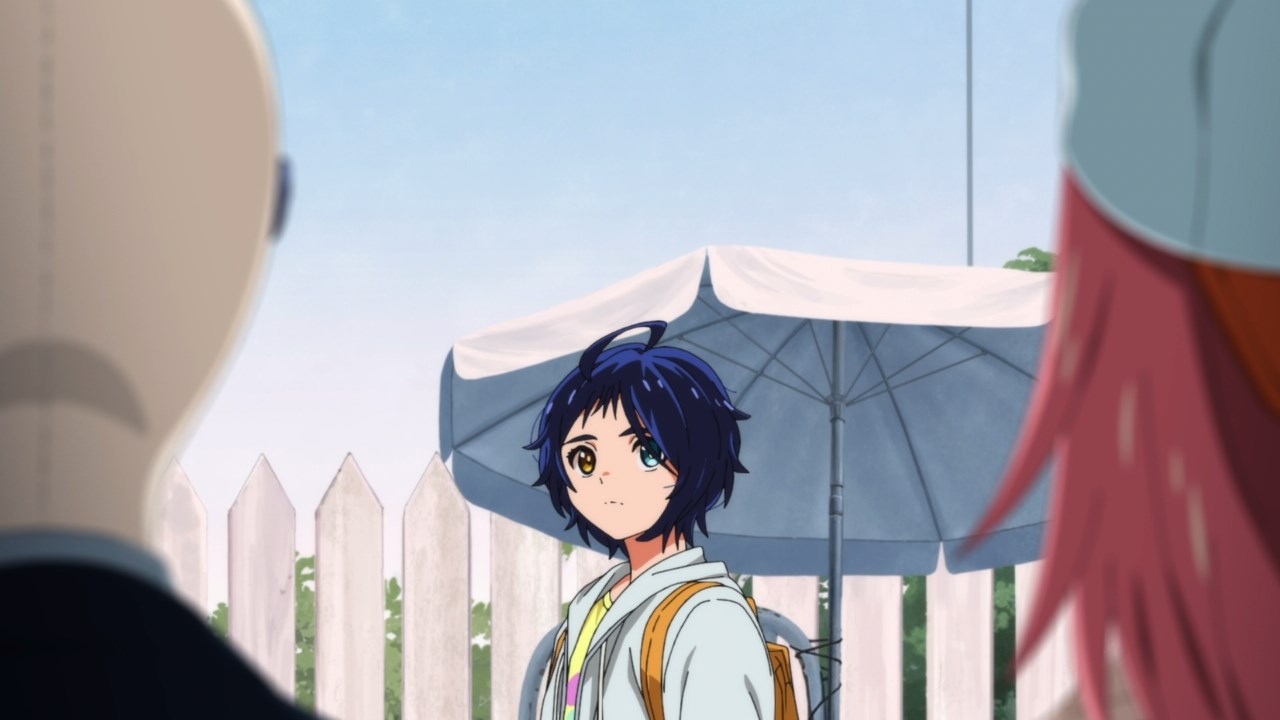 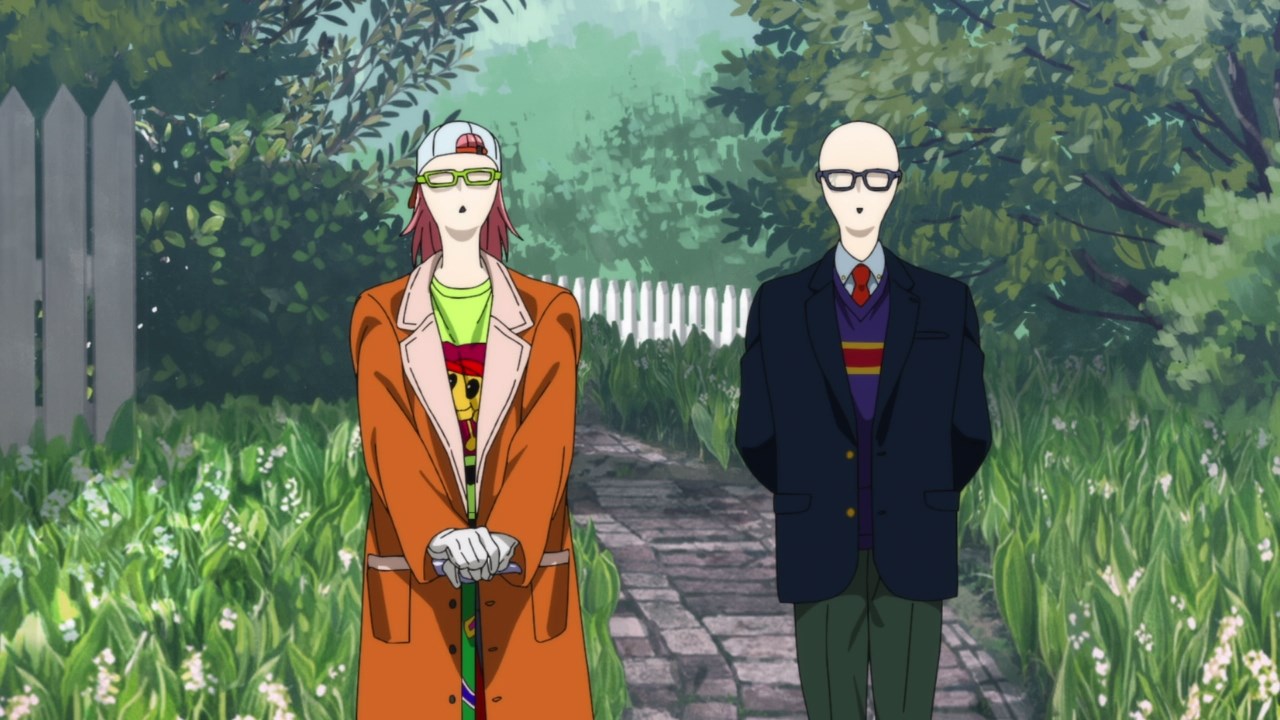 Oh yeah, here’s Ura-Acca and Acca where they’re surprised that Ai Ohto has returned to save girls from See No Evil, although I really have some doubts if Ai-chan can save Neiru and defeat Frill once and for all. 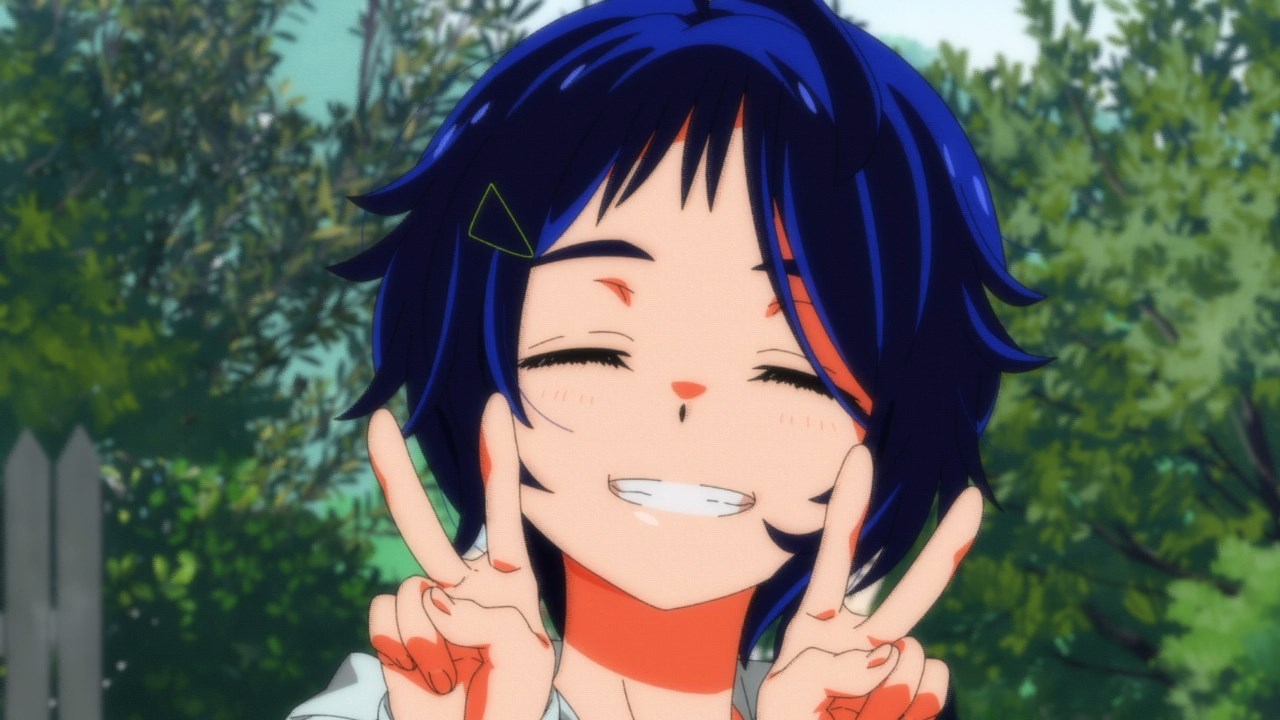 But that’s the end of Wonder Egg Priority and while the series is very interesting to watch, the ending feels so incomplete that there’s no way CloverWorks will have another season of this show. Seriously, this final episode doesn’t resolve some plot points like Frill for instance where she and her cronies are still alive in another dimension, tempting other girls to commit suicide because Frill is very jealous of them.

Oh yeah, about the final episode? I’m very disappointed towards CloverWorks where I waited 3 months for it, only to find out that Episode 12 (or Ep. 13) spent the first half with a recap while the second half is a half-baked conclusion to this series. Honestly, they should have ditch the recap in favor of creating a definite conclusion, but they decided to make it half-assed in the end that the 2nd season of The Promised Neverland looks complete compared to Wonder Egg Priority.

With that said, Wonder Egg Priority has become a dumpster fire thanks to this episode and honestly, I won’t recommend it to anyone on watching this show.