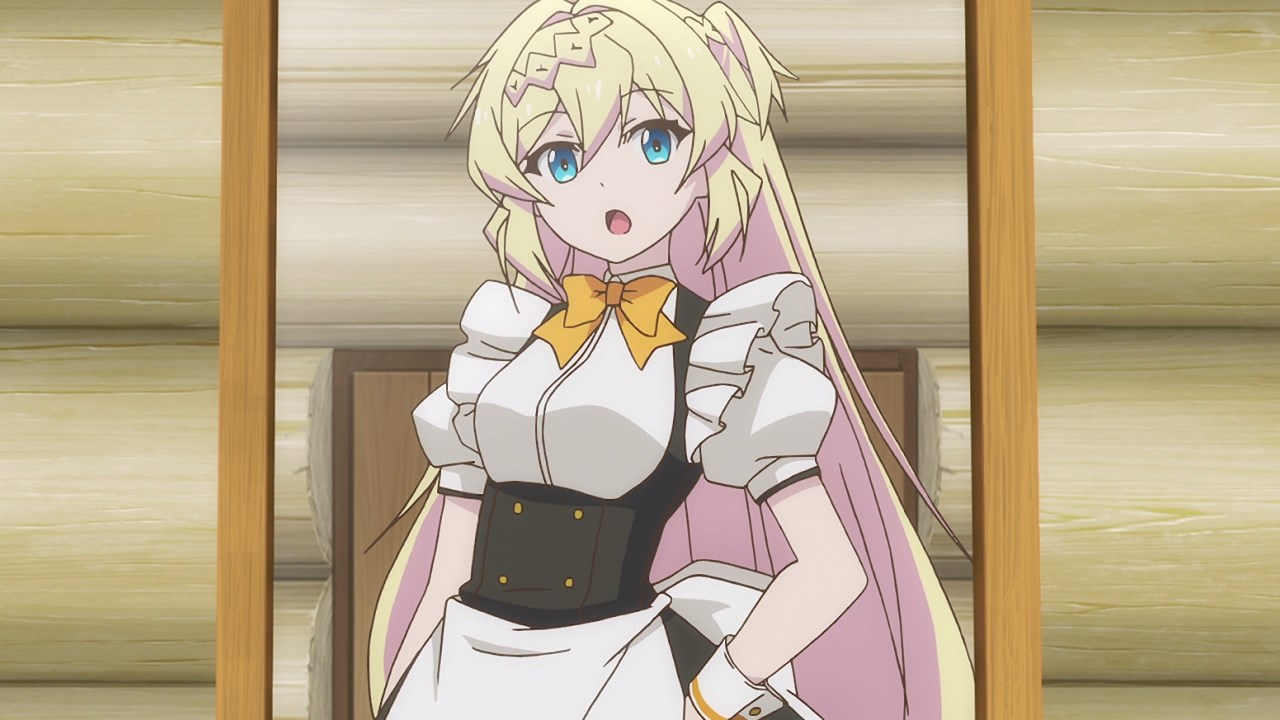 Well look what we have here on this final episode as Azusa Aizawa is wearing a maid uniform. For you see, Azusa and her family are turning their house into a temporary maid café for the upcoming festival in Flatta. 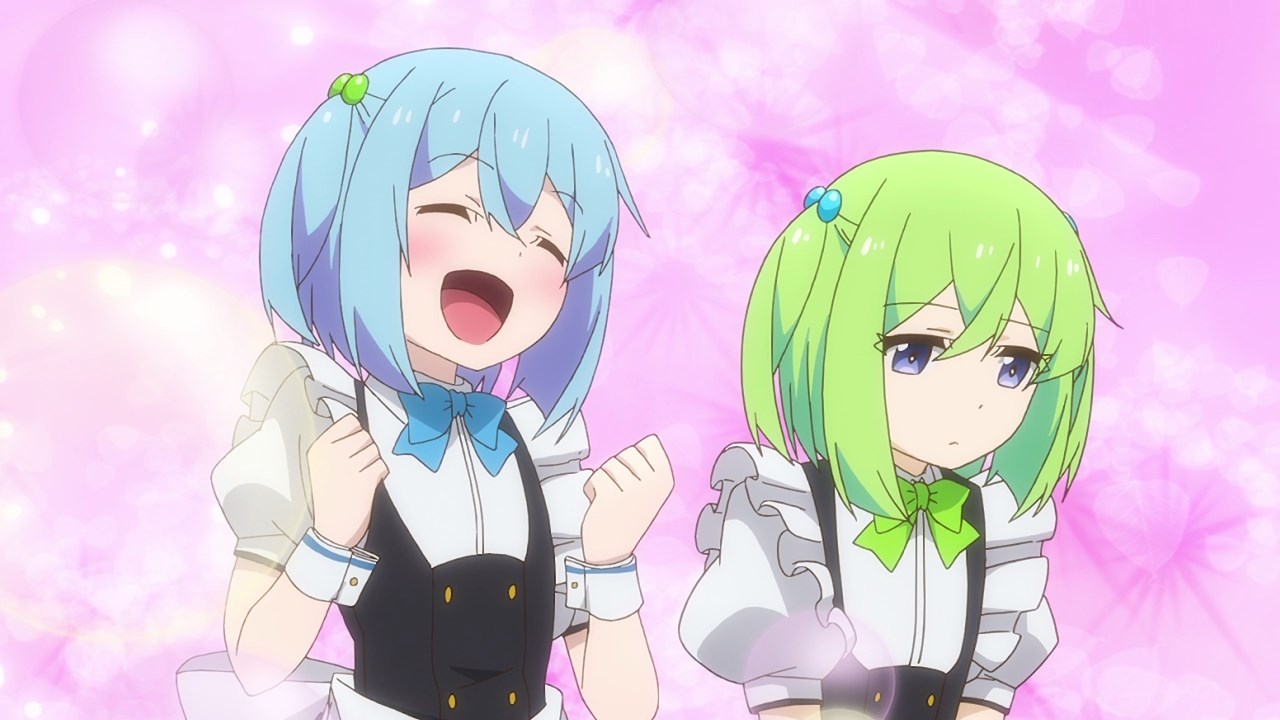 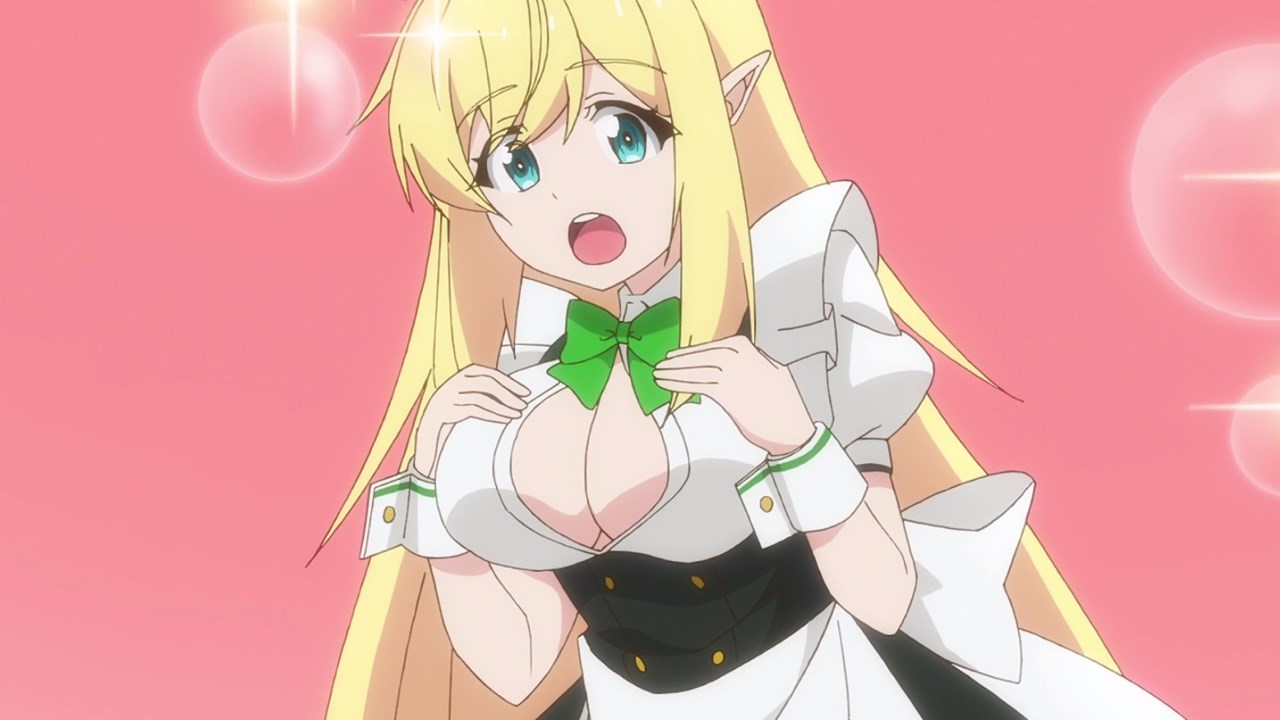 Anyways, let’s start with the slime spirit sisters and Halkara as they wear their maid uniform. While Falfa and Shalsha looked cute, it appears that the maid uniform is a bit tight for the busty elf. 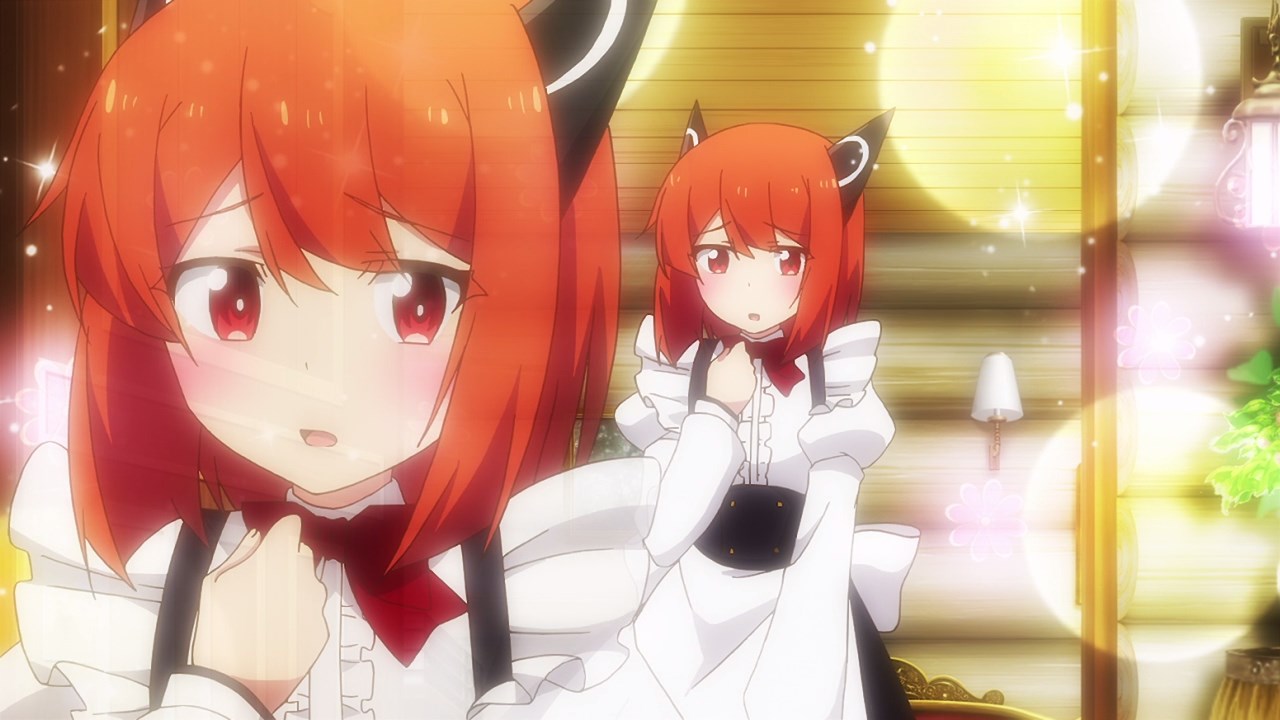 On the other hand, there’s Laika where it appears that she looks gorgeous upon wearing her maid uniform, almost as if she’s perfect for this job. 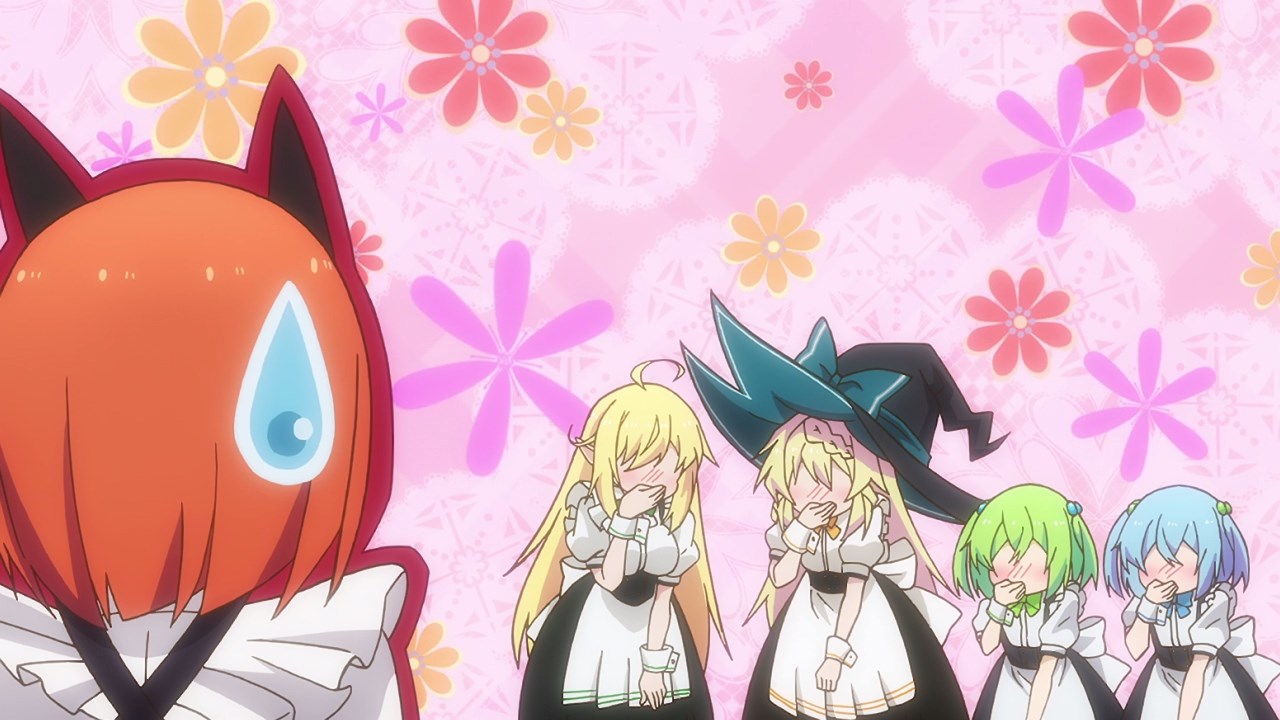 Oh yeah, and it appears that Azusa and the rest agreed that Laika is perfect, although Flatorte won’t accept it that her rival is more beautiful than her. 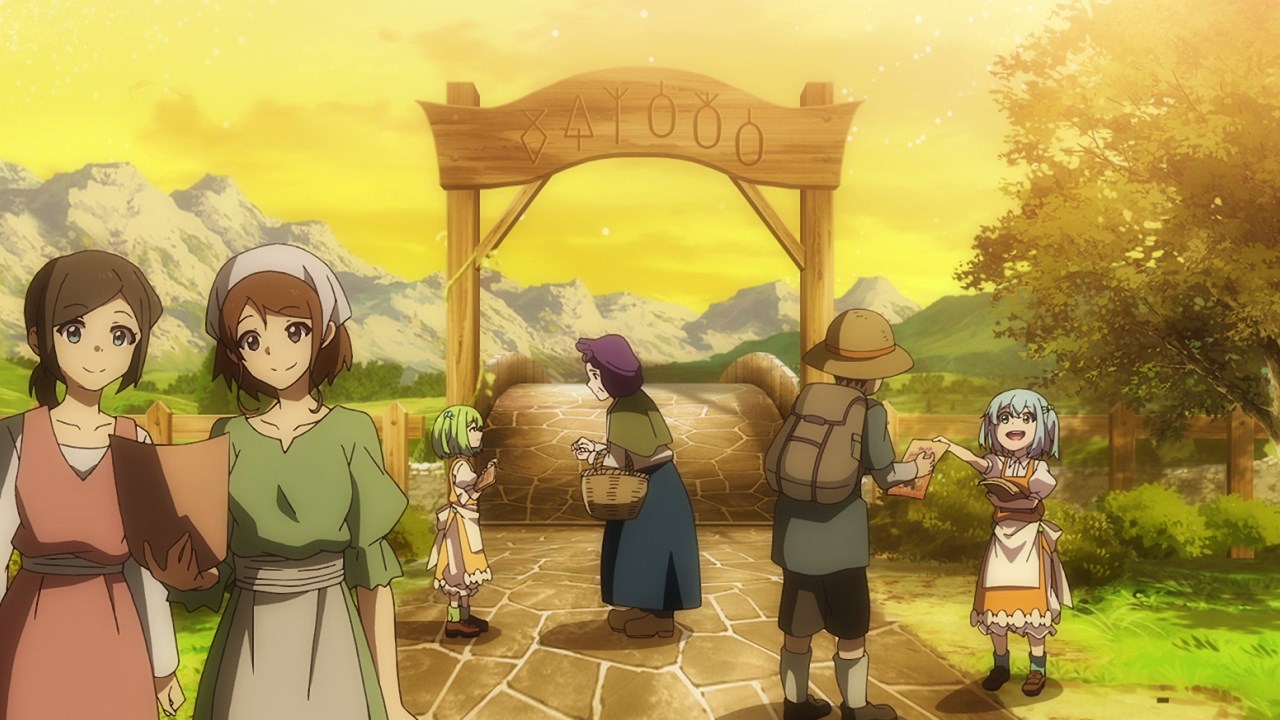 With that said, time for Azusa and her family to make some preparations for their maid café, right down to promoting it as Shalsha and Falfa are handing out flyers. 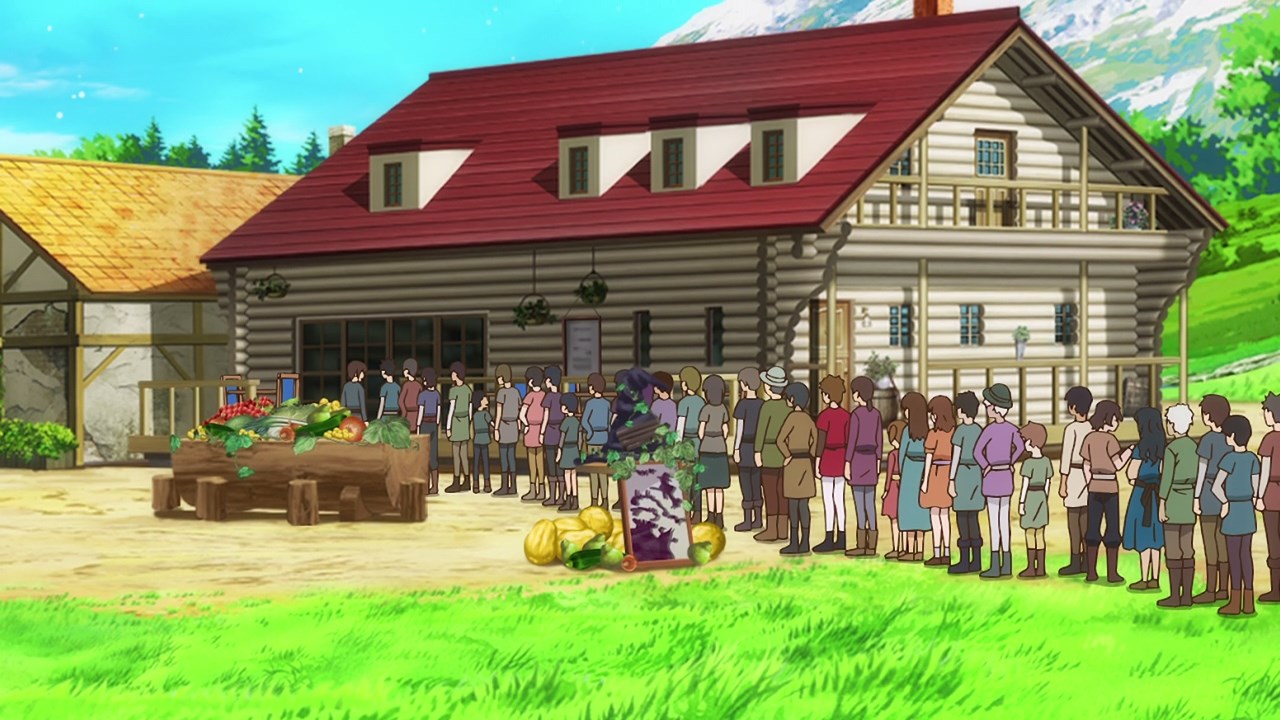 The next day, a large group of people are lining up outside Azusa’s house. Well then, there’s no time to waste on opening her maid café. 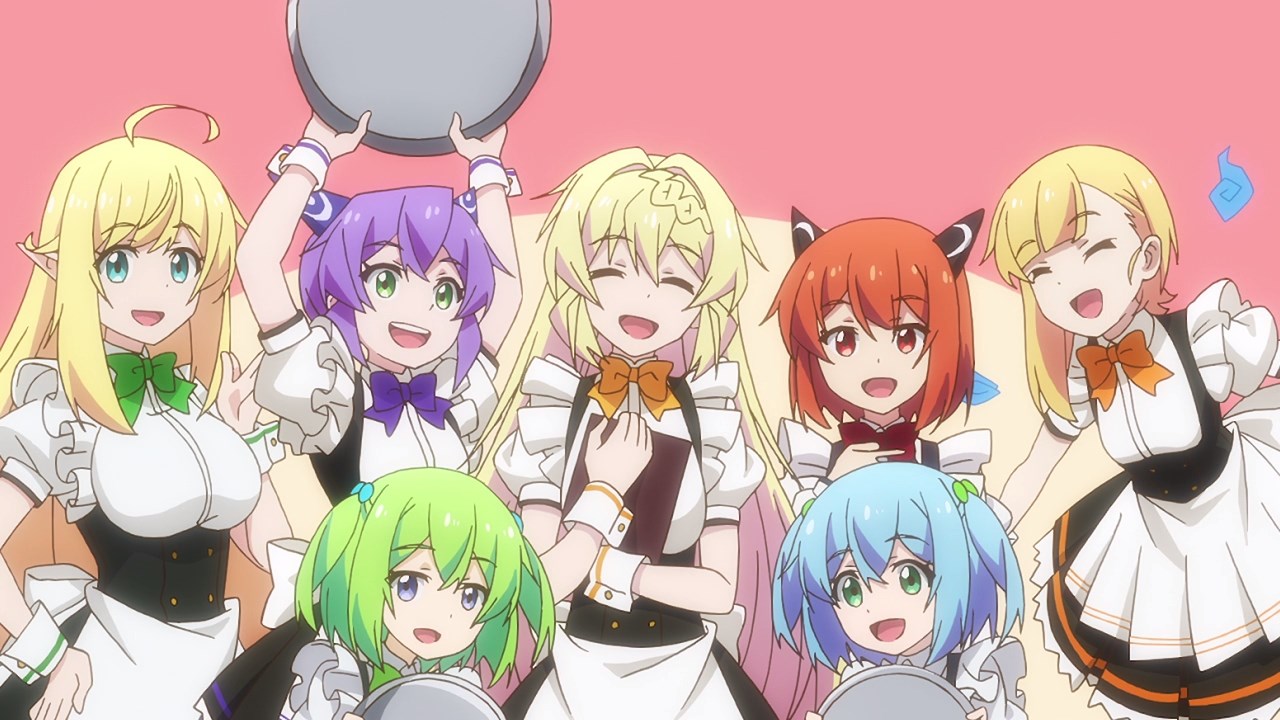 And so, The Witch’s House is finally open as guests are greeted by the Witch of the Highlands and her family. Yup, everyone is dressed-up as maids for this occassion. 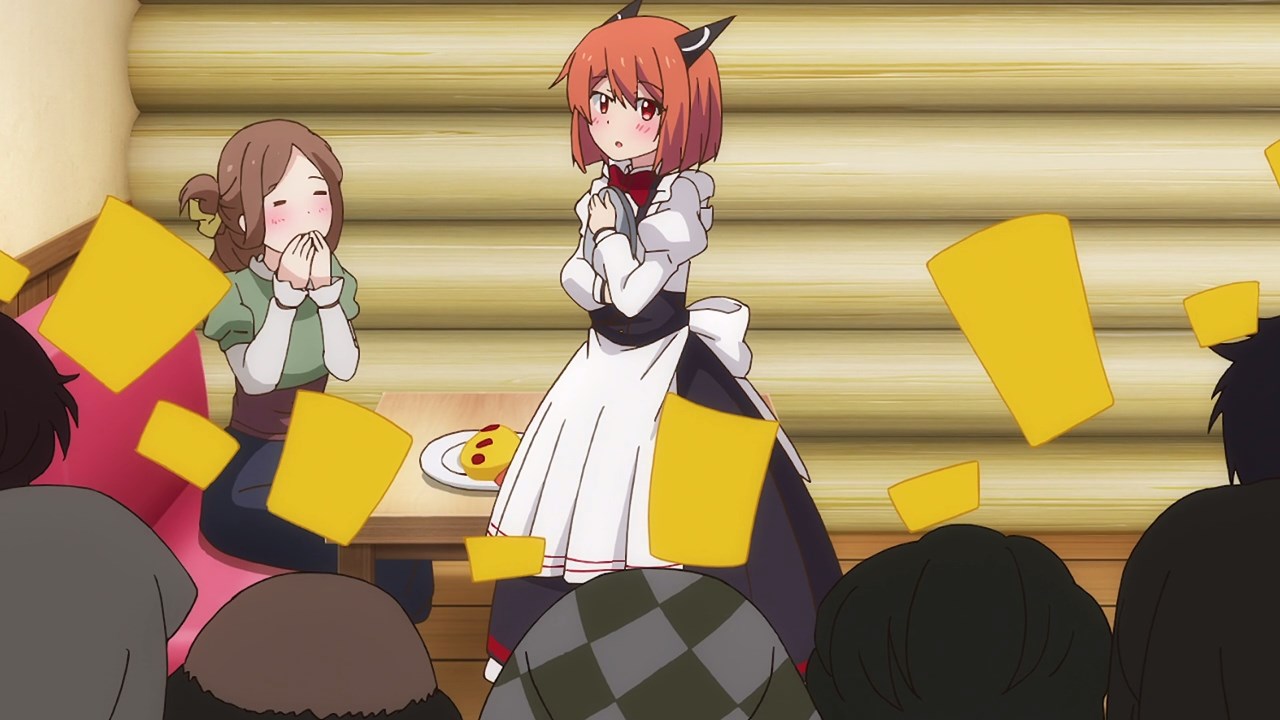 However, the main attraction will be Laika as her presence has stunned everybody. Sure that she’s a humanoid red dragon, but Laika did a great job as a maid. 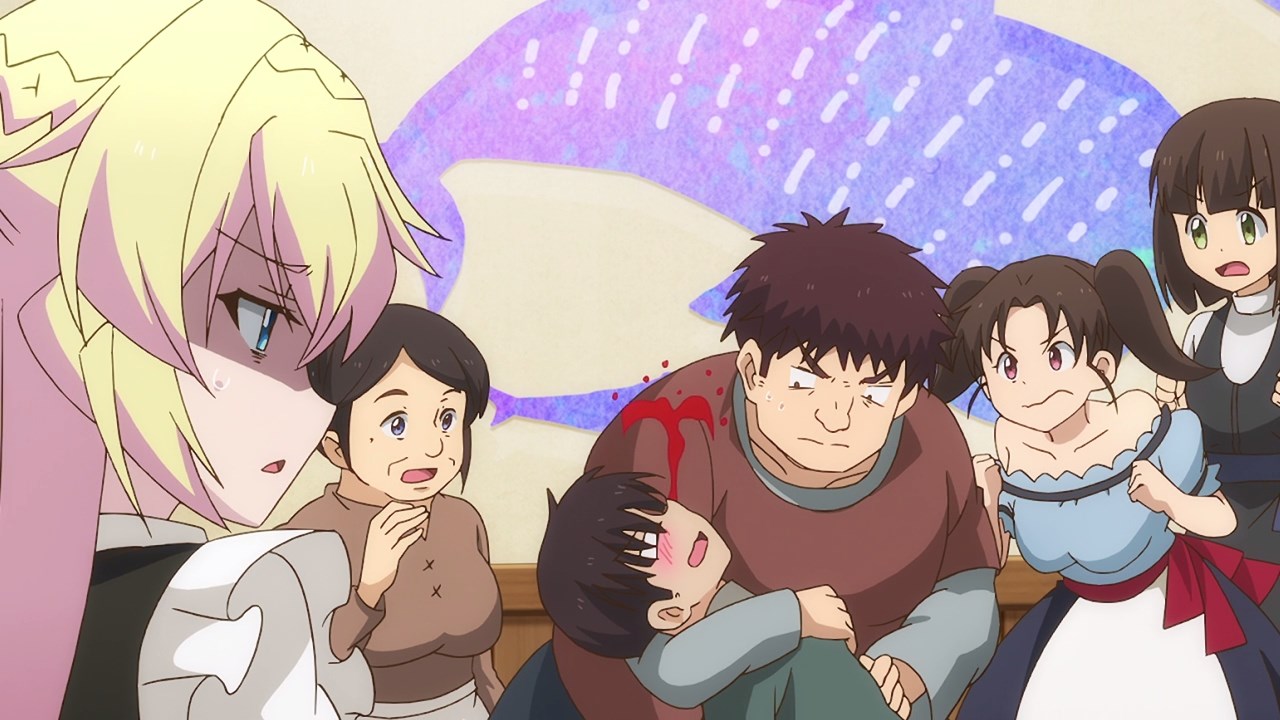 Then again, some customers are fainting due to Laika’s cuteness that Azusa Aizawa is worried that her maid café will have casualties. I think she should heal them afterwards. 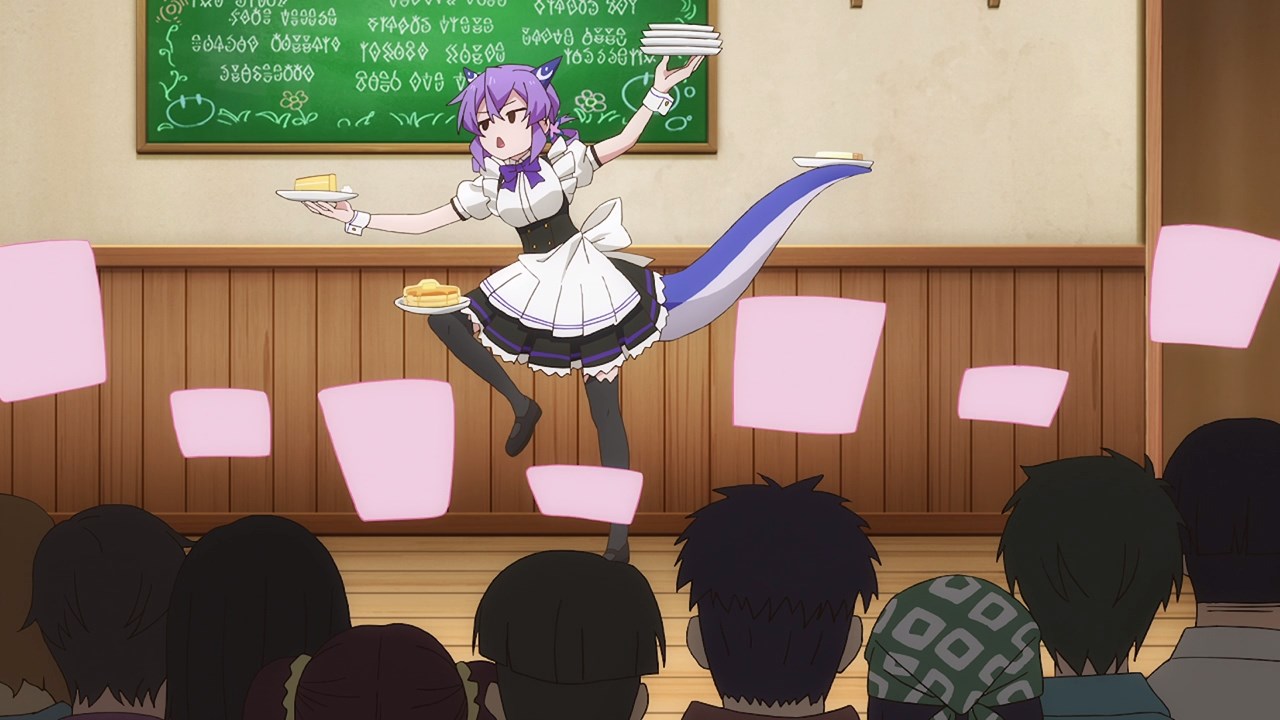 Not to be outdone by Laika, Flatorte decides to outdo her rival by carrying lots of plates, although I think this blue dragon should be careful. 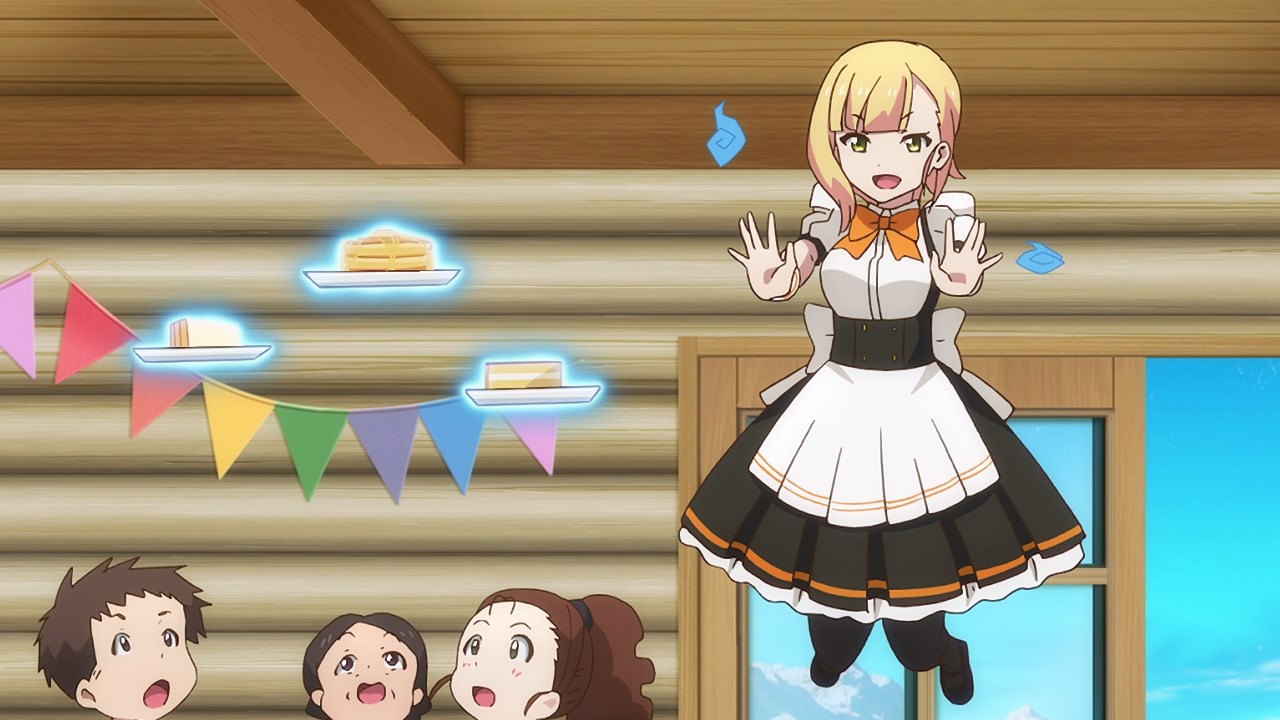 Luckily, there’s Rosalie in which this friendly ghost will help Flatorte by catching those falling plates.

Seriously though, Flatorte should focus on delivering those plates to the customers. 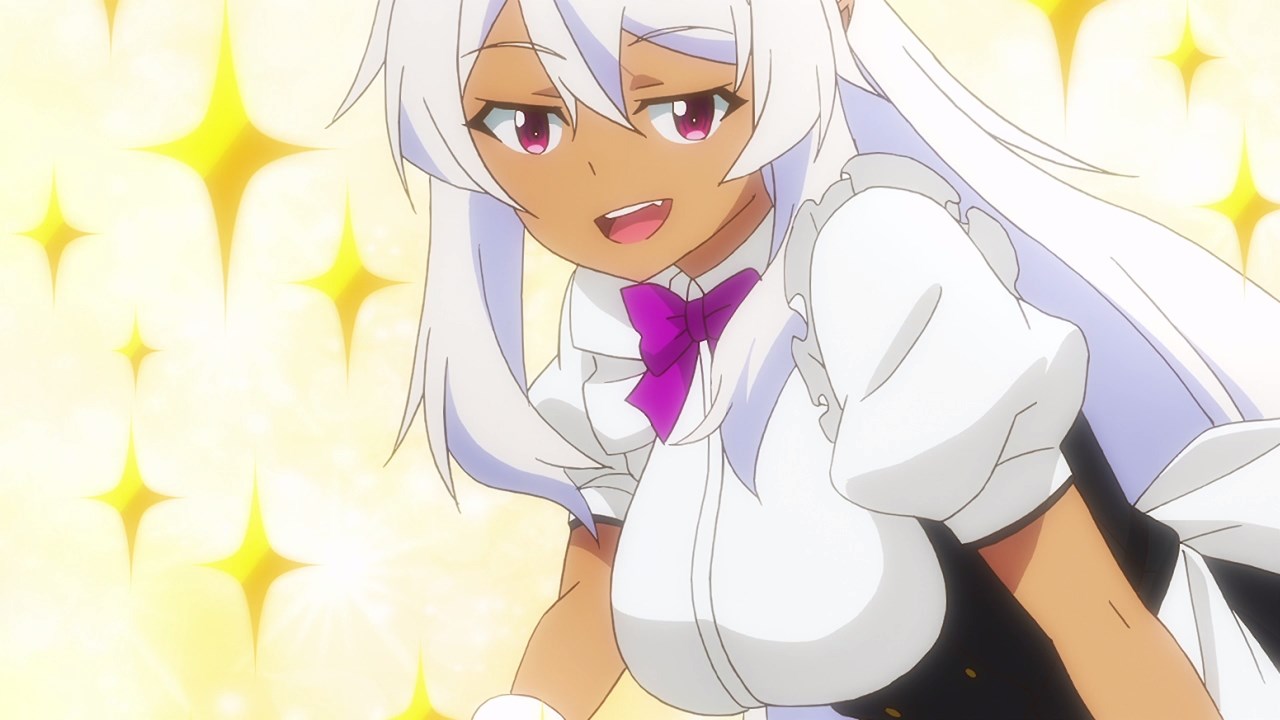 Meanwhile, looks like Beelzebub has decided to help Azusa and her family by becoming a maid herself.

I don’t know if this demon lady can serve her customers, but Beelzebub looks like a manager upon wearing the uniform. 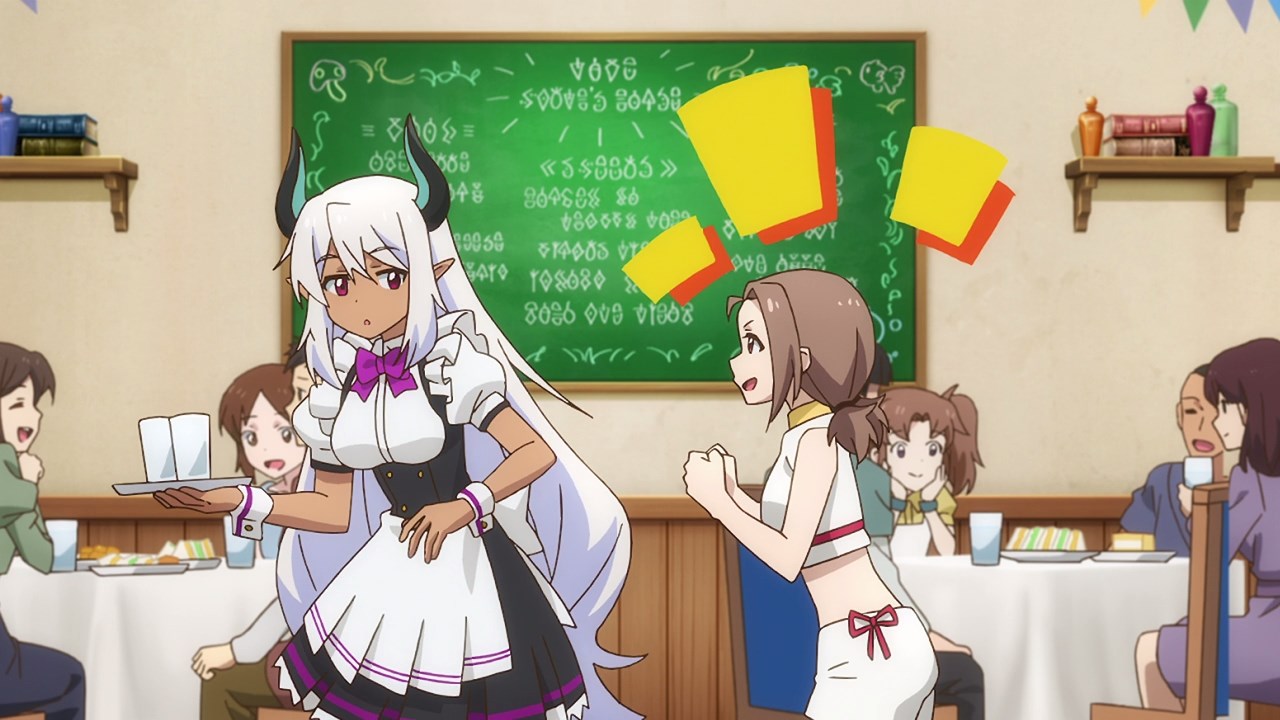 On the other hand, here’s Fightie where she still wants Beelzebub to teach her advanced techniques in order to become stronger. Um Fightie, Beelzebub will teach you later after work. 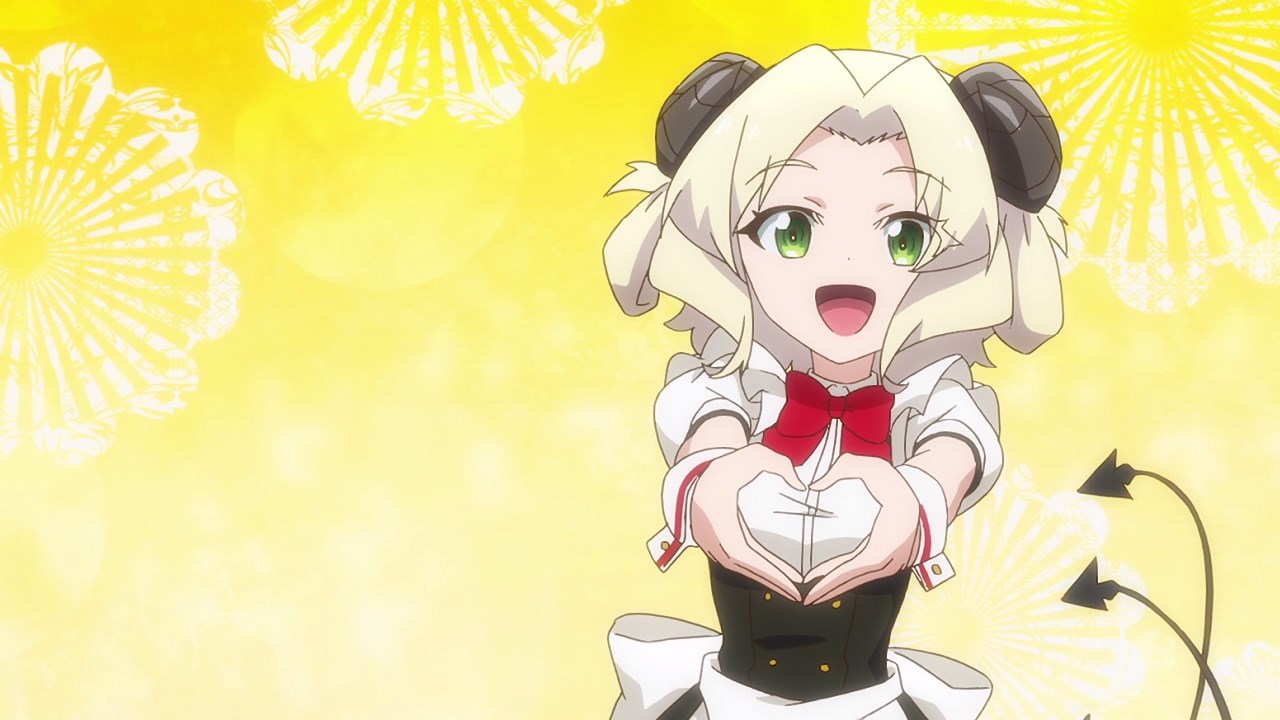 By the way, Beelzebub isn’t the only one who’s working at The Witch’s House as Provat Pecora Allières joins in too. 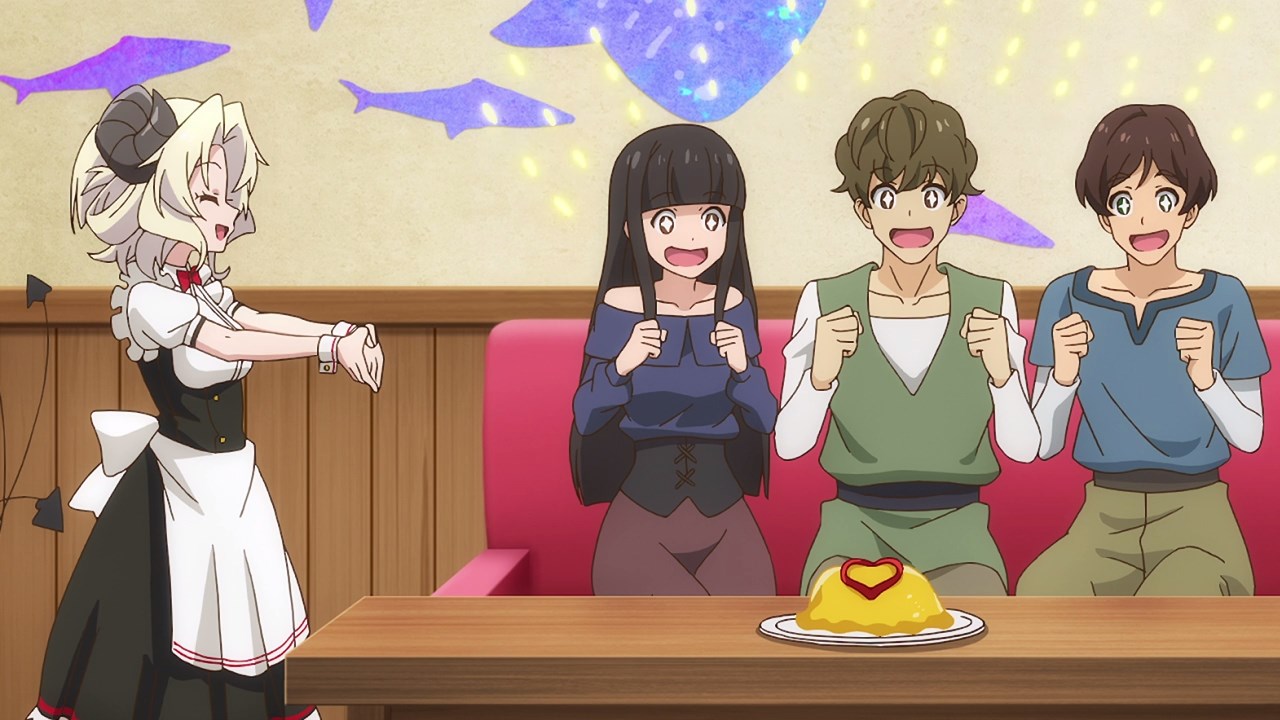 And as you can see despite being the queen of all demons, Lord Pecora proved to be the cutest maid ever as she casts a spell which made it delicious. 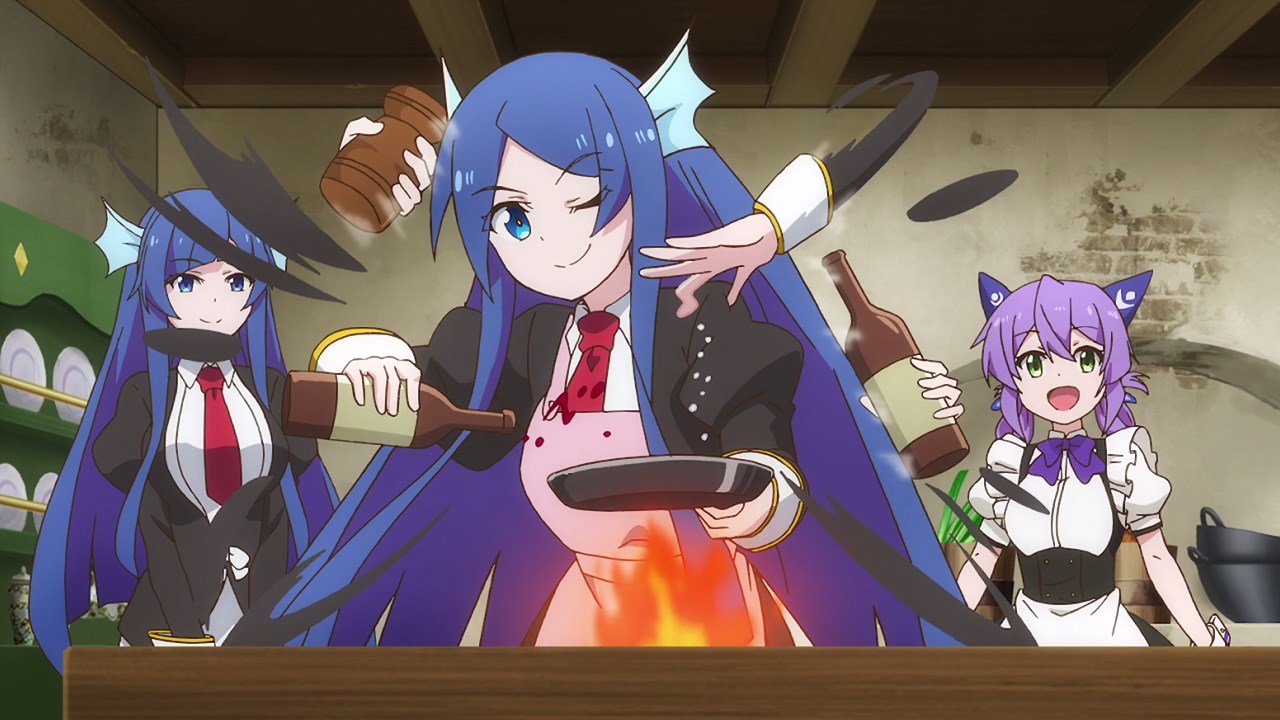 Also, both leviathans are here too as Vania and Fatla will take care of the cooking duties. With so many customers, Azusa needs some helping hands. 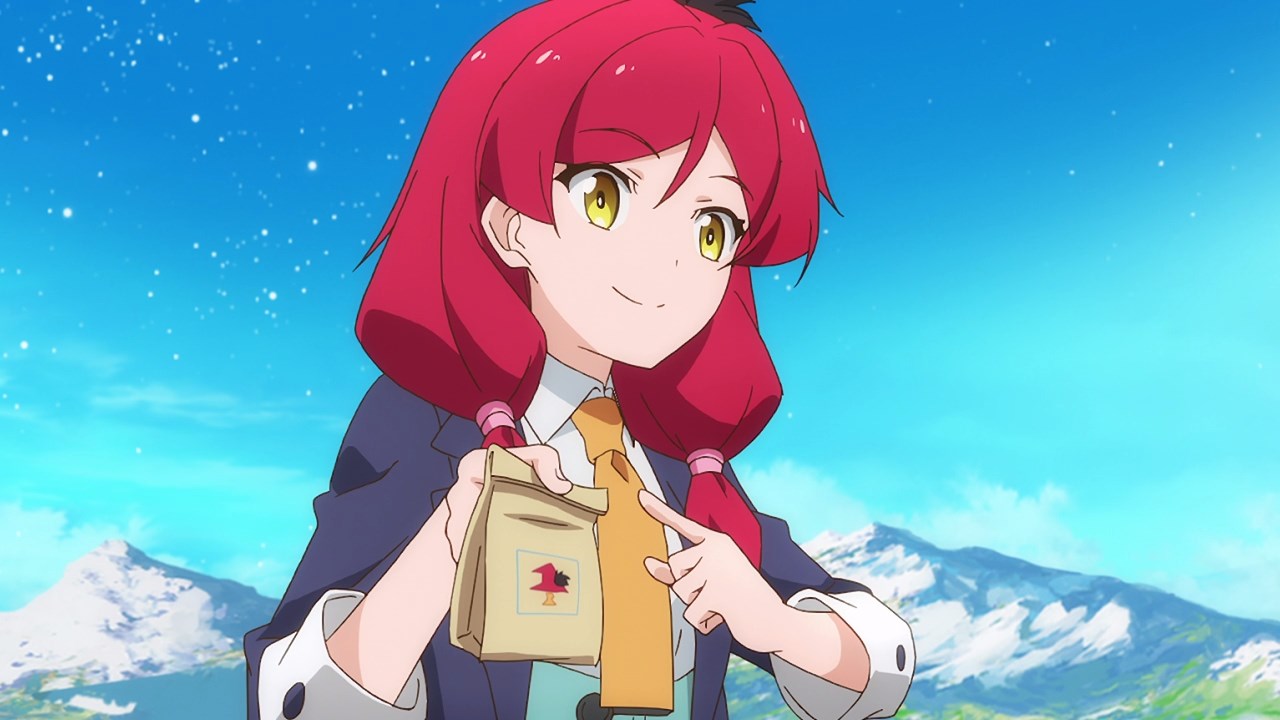 One last thing, looks like some characters appeared on this final episode as Eno is here to sell her medicines to various customers. 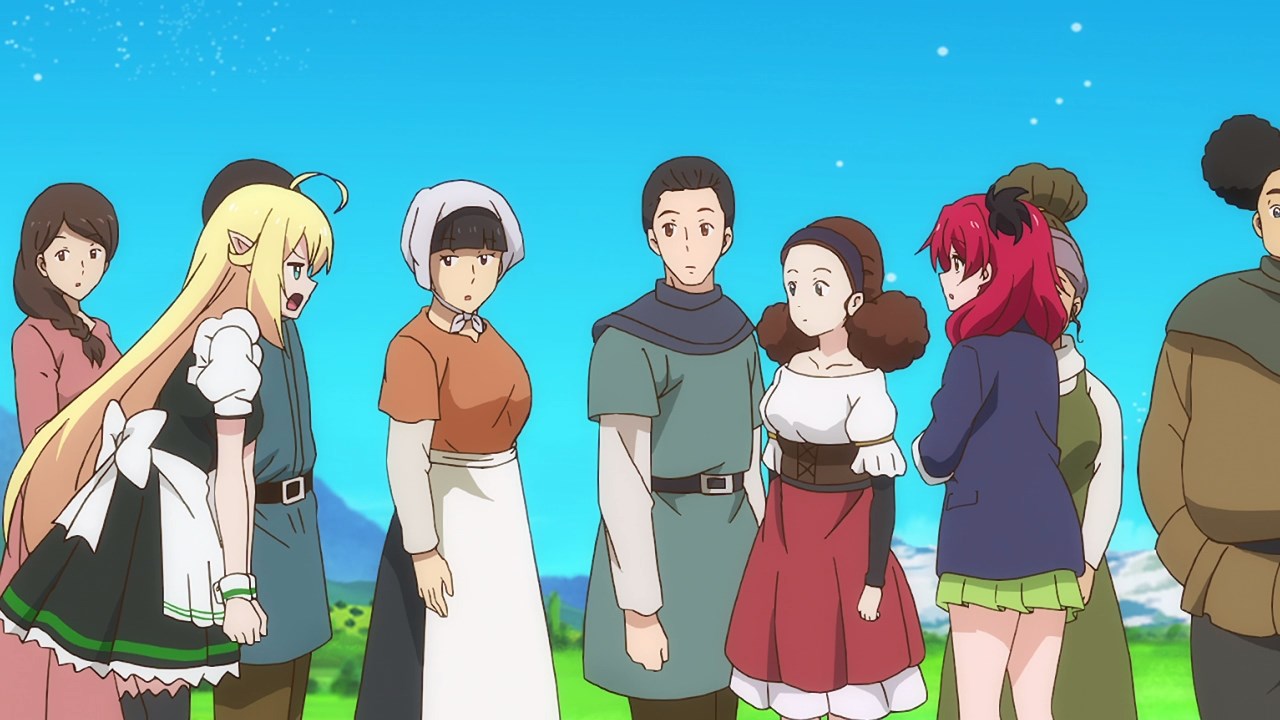 Of course, Halkara sees Eno as a business rival as she doesn’t want to lose against the Witch of the Cave. On second thought, I think they should work together instead. 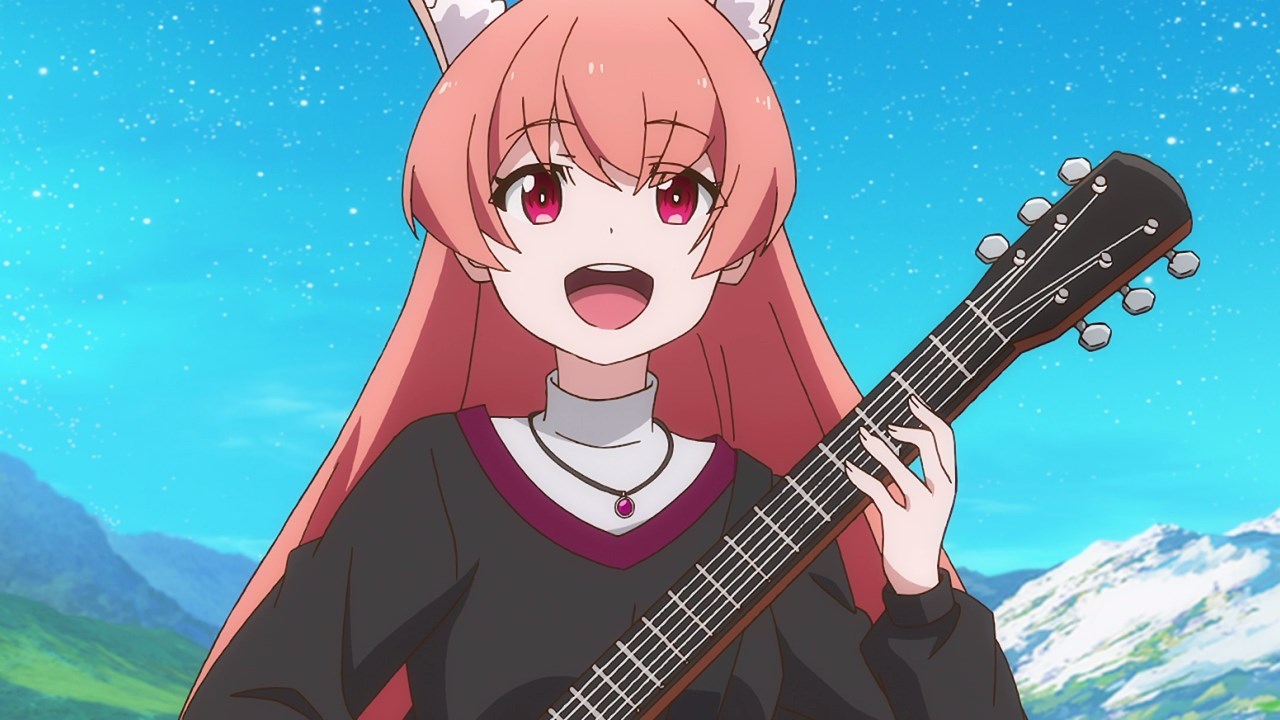 Oh yeah, here’s Kuku where she’s gonna entertain the customers outside Azusa’s house. Not sure if she’ll do the heavy metal style or perform like a normal minstrel? 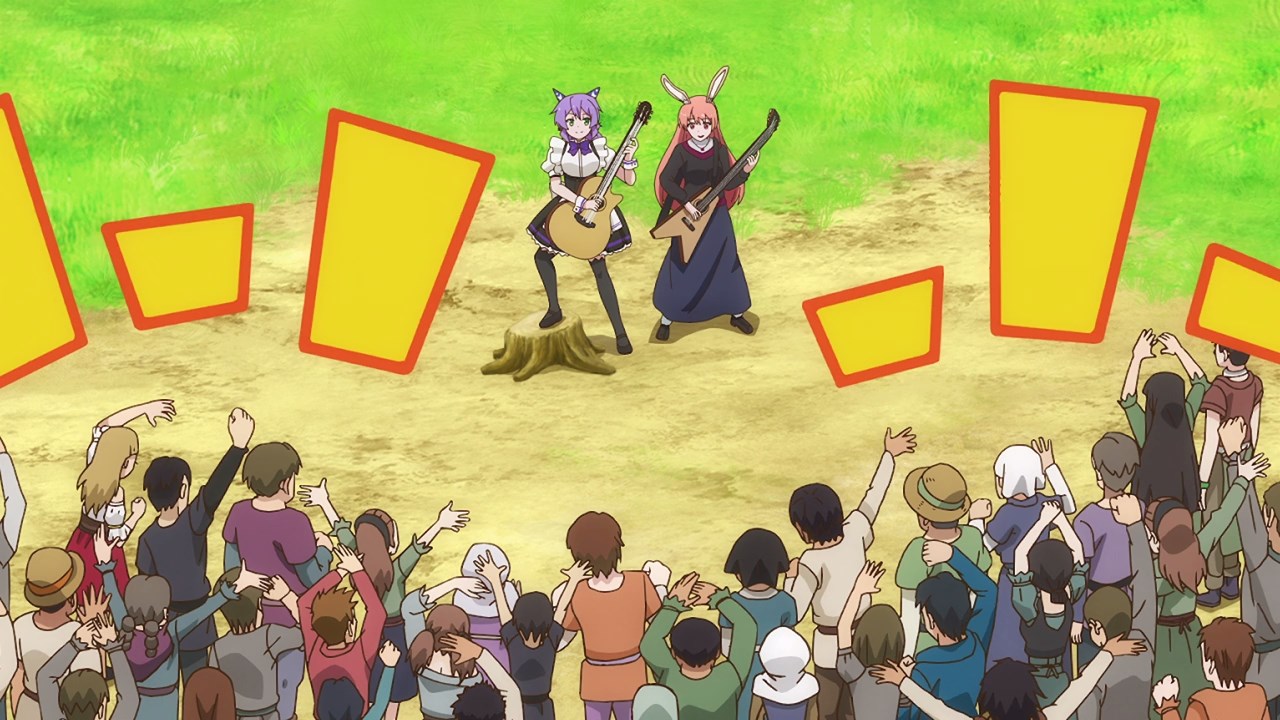 Then again, I feel that Kuku will do the former as Flatorte is here for a guitar duel. With that said, everyone at Flatta loved going to Azusa’s maid café as it became a successful shop during the festival. 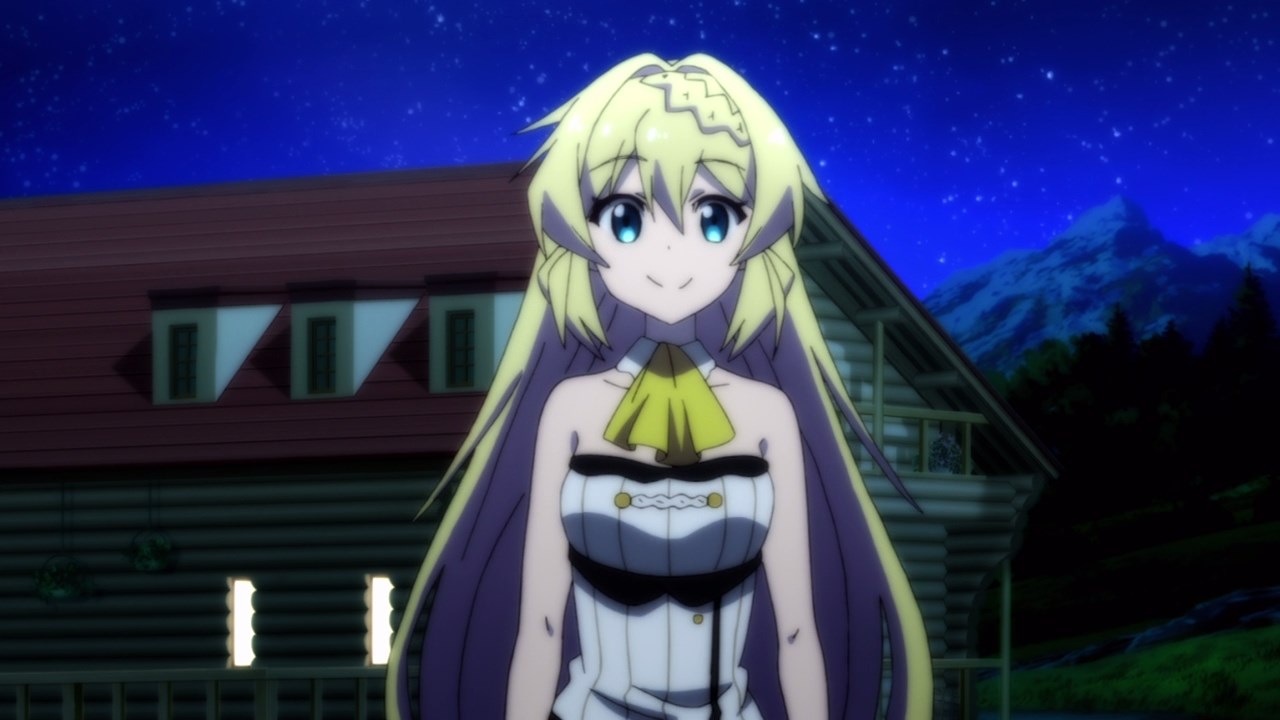 With that said, I love watching this anime series as Azusa really cares about her family despite being an overpowered witch who killed slimes everyday.

Heck, I would say that this show is very relaxing to watch most of the time, except when Azusa gets serious on protecting her loved ones from various crises. This includes fighting demon lords and an army of dragons. 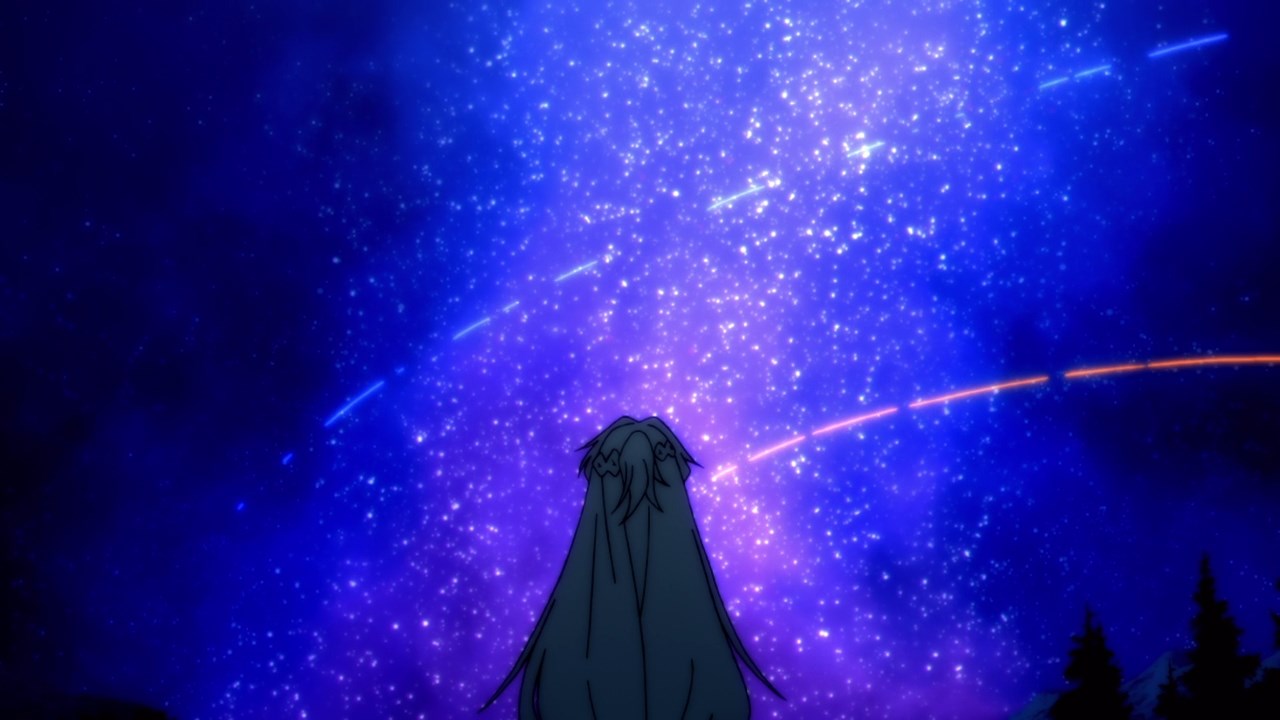 But anyways, let’s end this show where Azusa Aizawa looked at the starry sky. Isn’t it nice?

Of course, I have a feeling that should we have another season of Slime Taoshite 300-nen, the Witch of the Highlands will have a new family member soon enough.