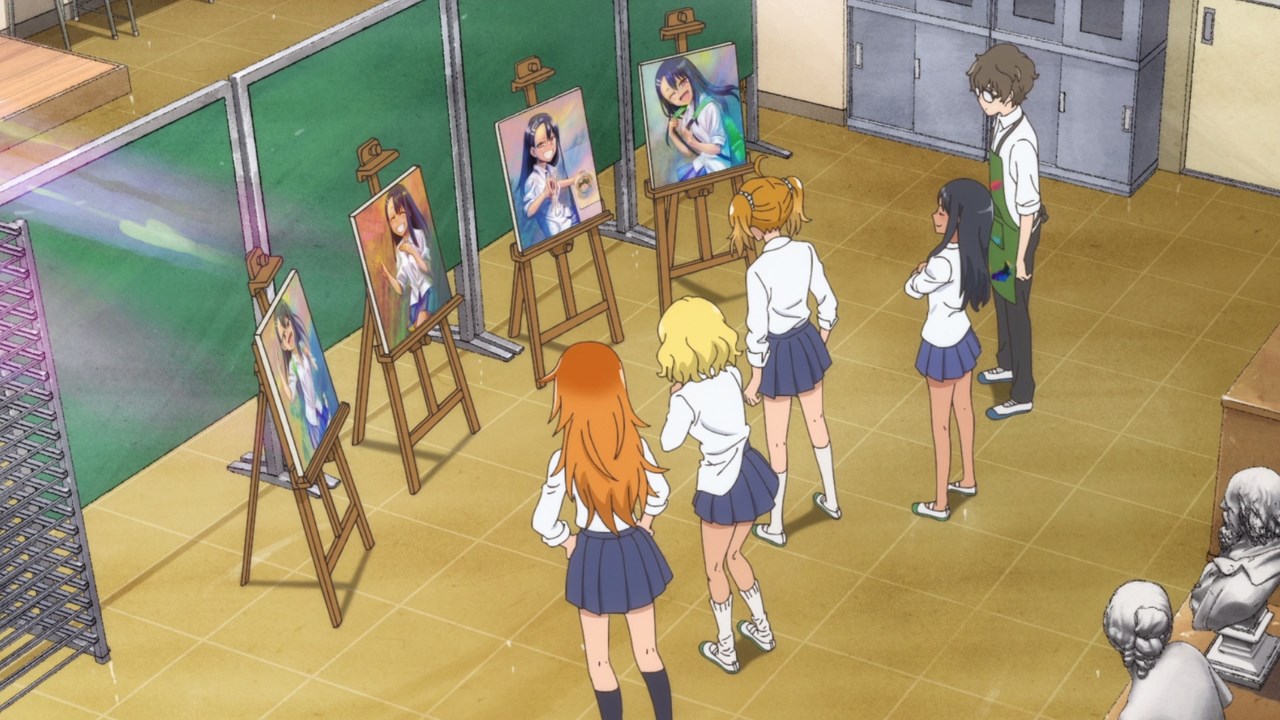 Well everyone, it’s time for the final showdown where the fate of the art club lies between the bespectacled member and the club president.

Anyways, here’s Sempai where he finally finished 4 portraits of Hayase Nagatoro. Yeah, they looked great as expected from the nameless protagonist but what about the club president? 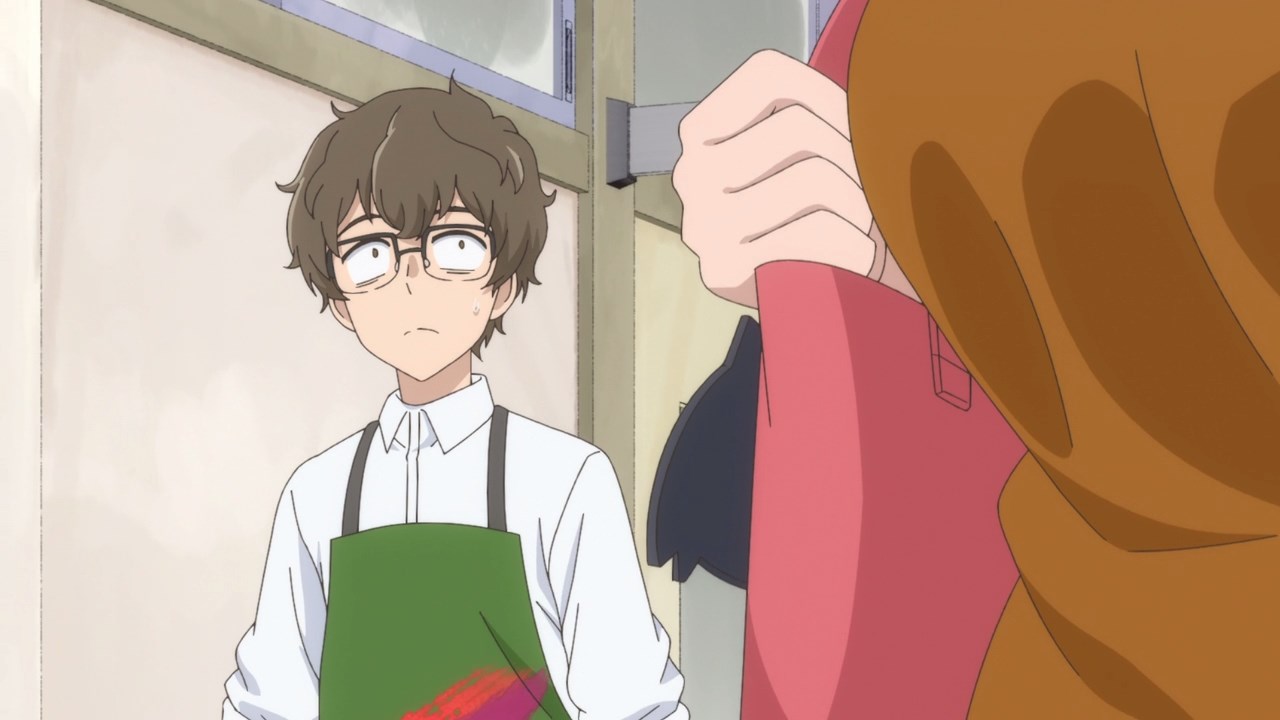 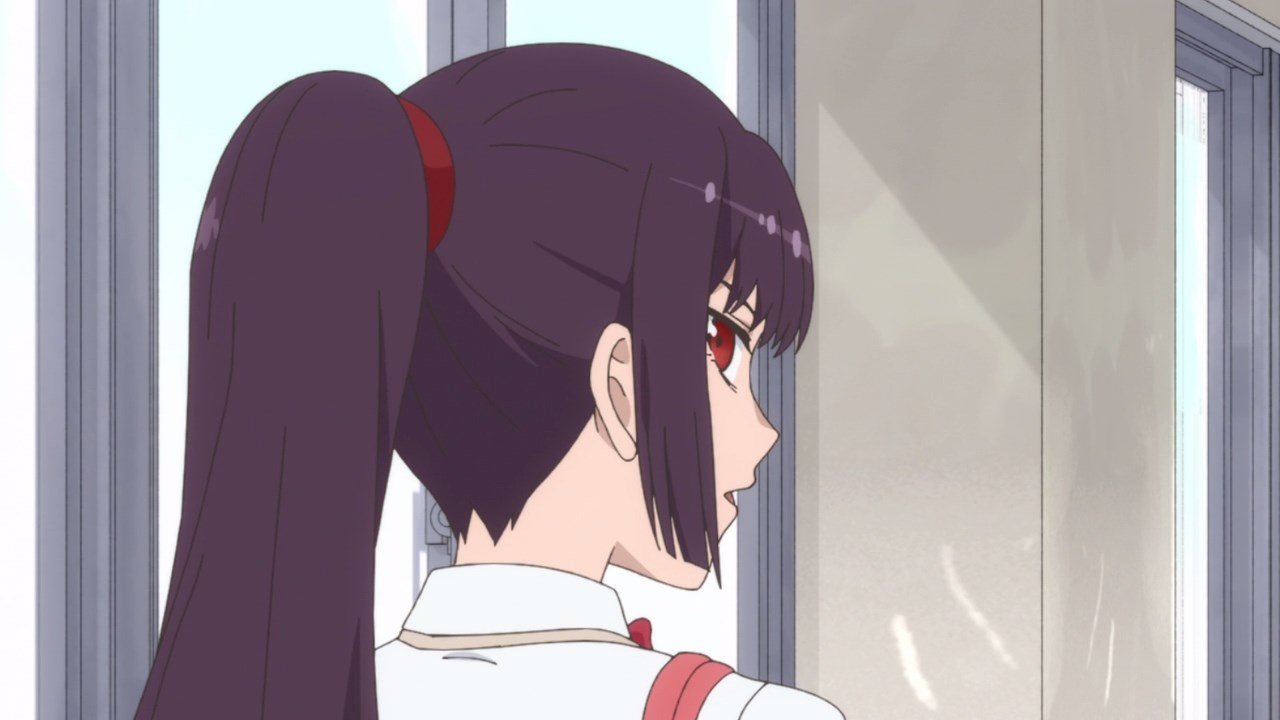 Speaking of the art club president, it appears that she received a bag strap from someone else as she told her underclassman about it. Seems that the strap is getting trendy inside Kazehaya High School. 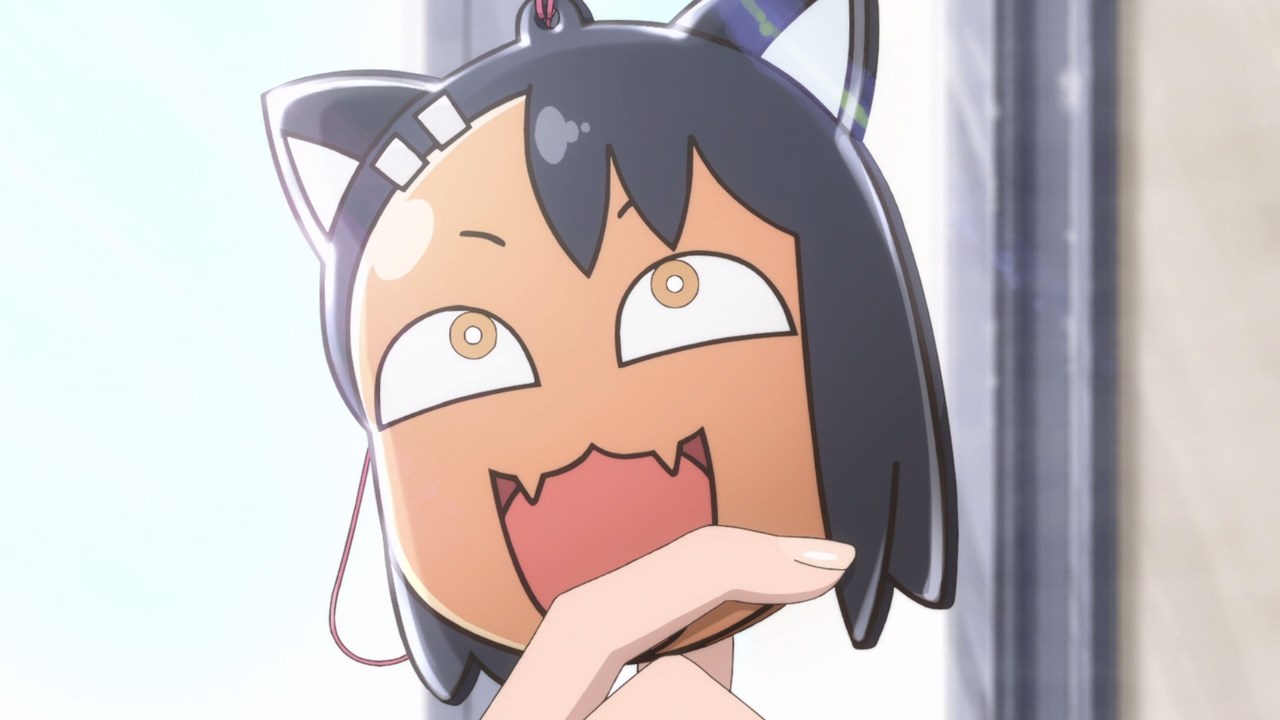 However, it turns out that the bag strap has Nagatoro’s cat face on it. Man, I have a bad feeling about this… 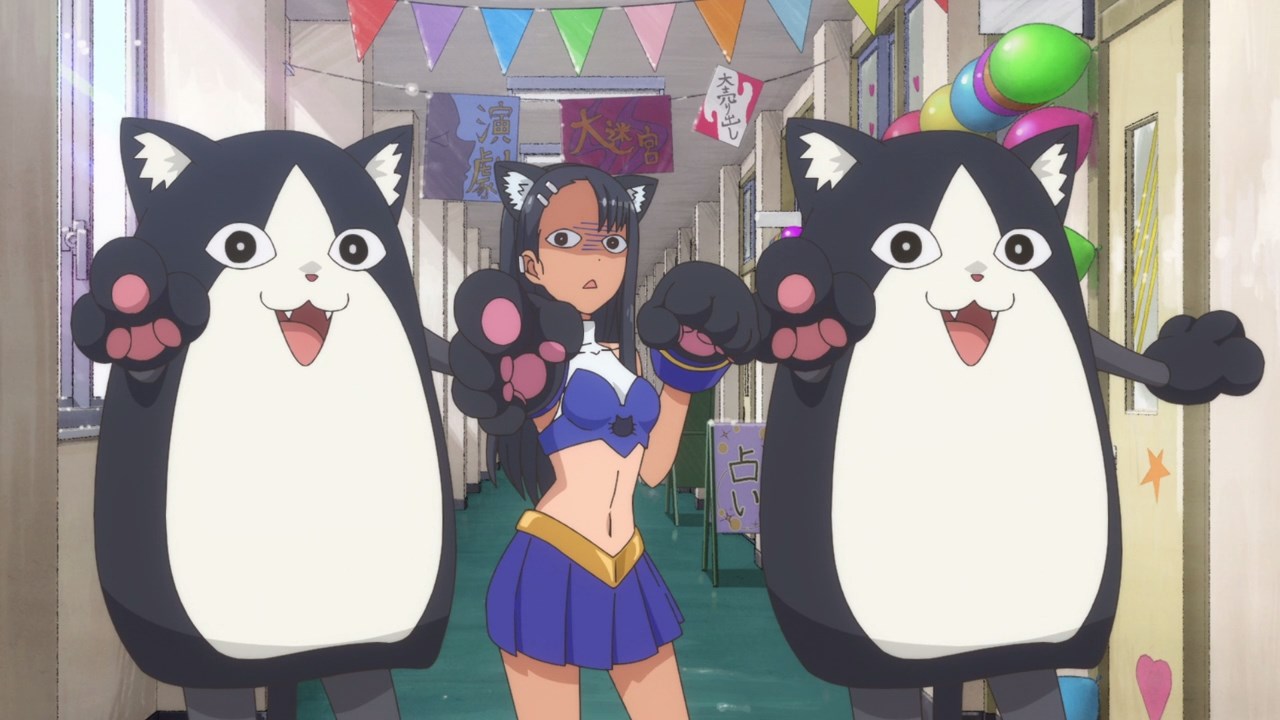 Turns out that Hayase Nagatoro and her gyaru friends have decided to help Mr. Sempai by wearing cat costumes, becoming the Torocats where they tease the guests. 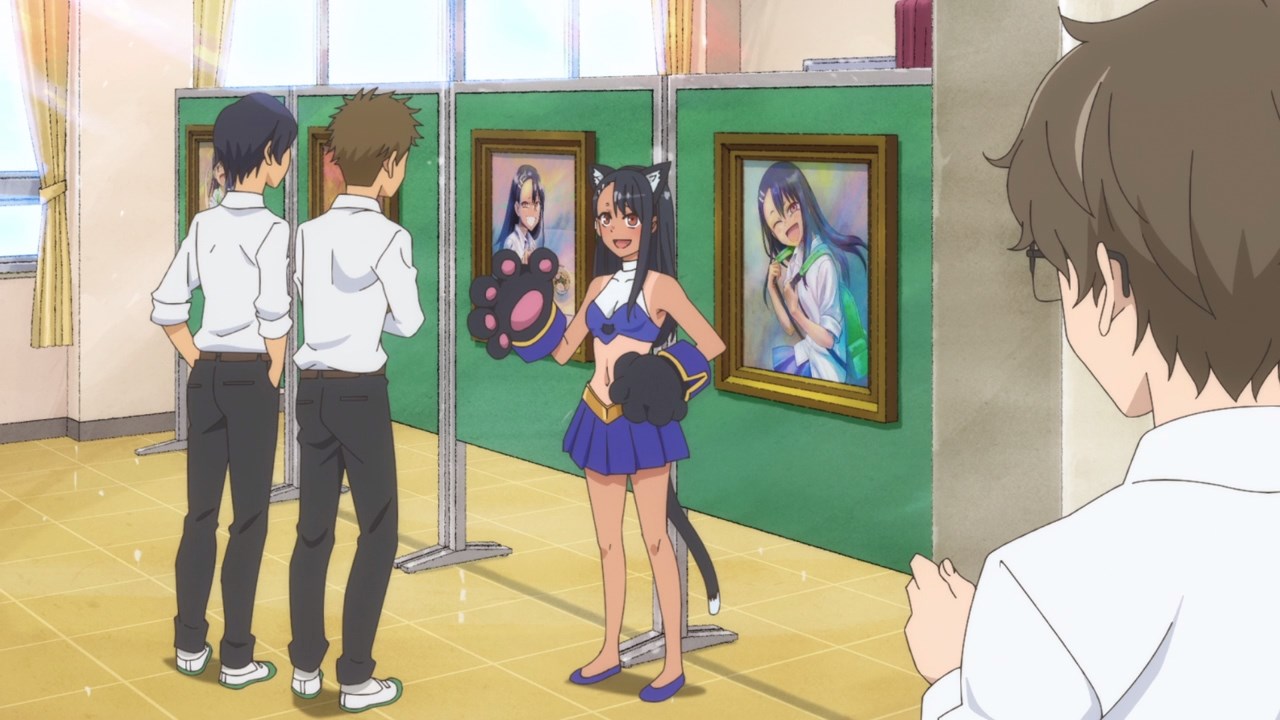 Oh, and Nagatoro-san and her friends guide those guests to Sempai’s art exhibit. Man, I thought that they’re gonna tease him for being a virgin.

And every single guy in Kazehaya High School gazed upon the art club president’s latest work. Also, one of the Torocats are filming it, although I’m not sure what she’ll do with the footage. 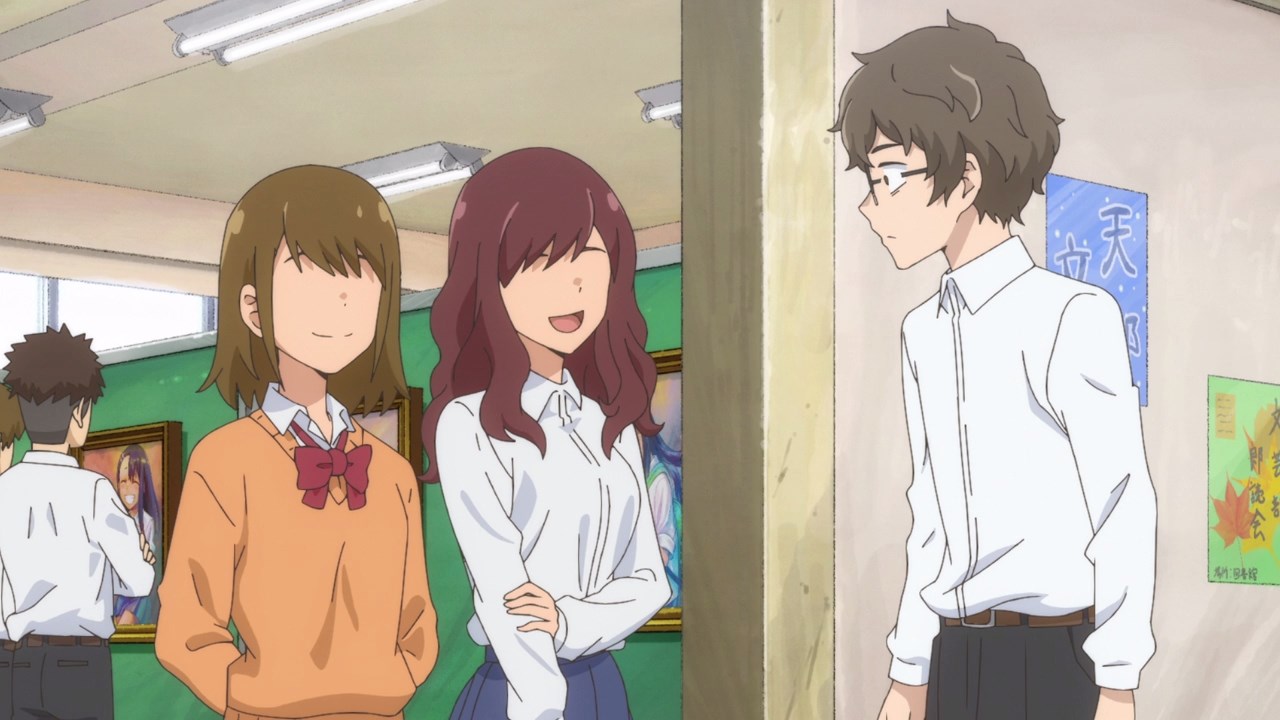 Now let’s return to Sempai where he was approached by these two girls who are impressed by his artwork. C’mon, it’s modeled after Hayase Nagatoro after all. 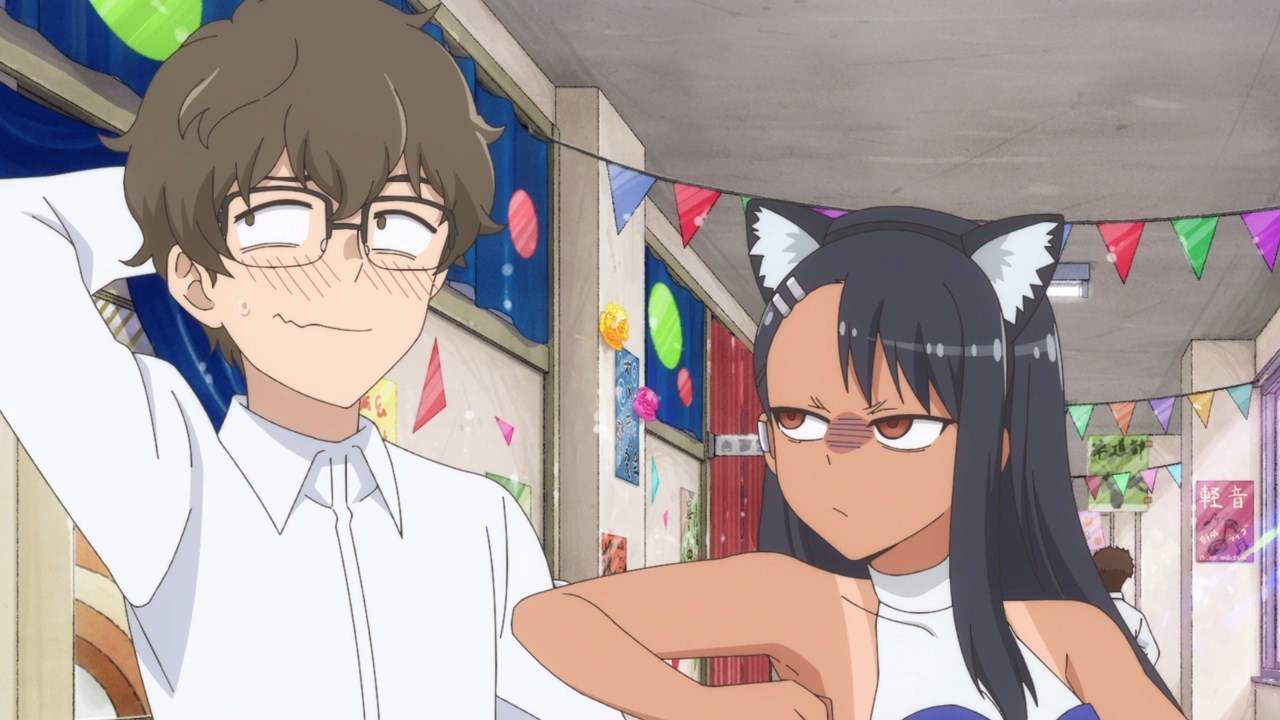 Speaking of Nagatoro-san, looks like she’s really angry that her nameless upperclassman is getting some attention to the opposite sex. Oh please Nagatoro-san, your jealousy is showing! 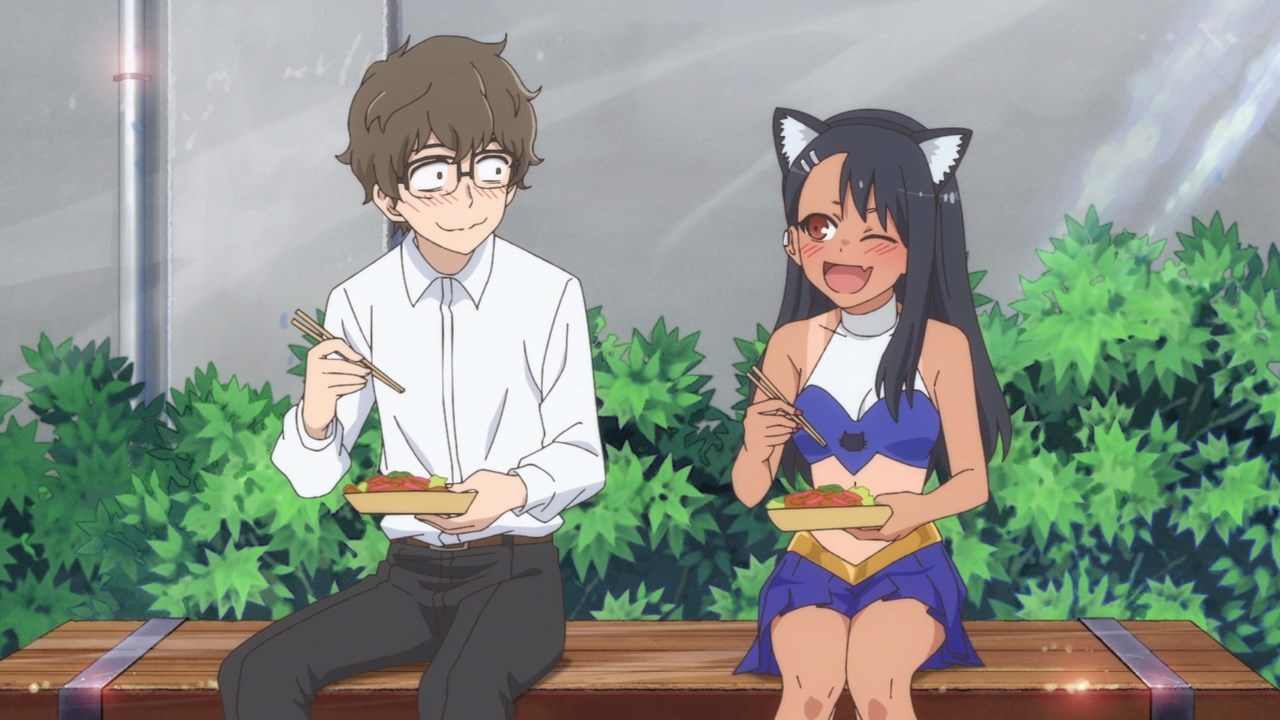 Anyways, looks like Nagatoro-san treat Sempai with a lunch meal. That’s nice but I doubt it since she’s still a bully towards him.

Meanwhile, there’s trouble for the club president as the public morals committee are trig- I mean, receiving complaints that her latest artwork is so lewd.

Okay, how come these people decided to shut her down where the public moral committee previous allowed the club president to present her nude self-portrai? 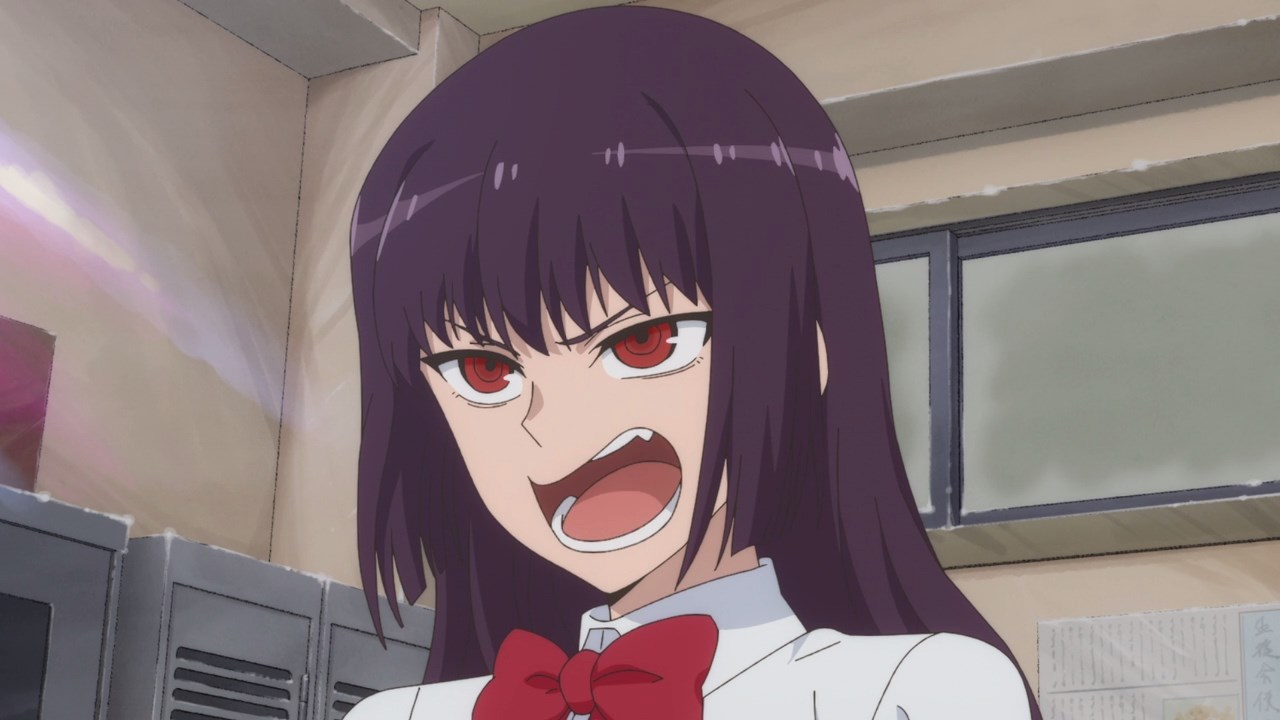 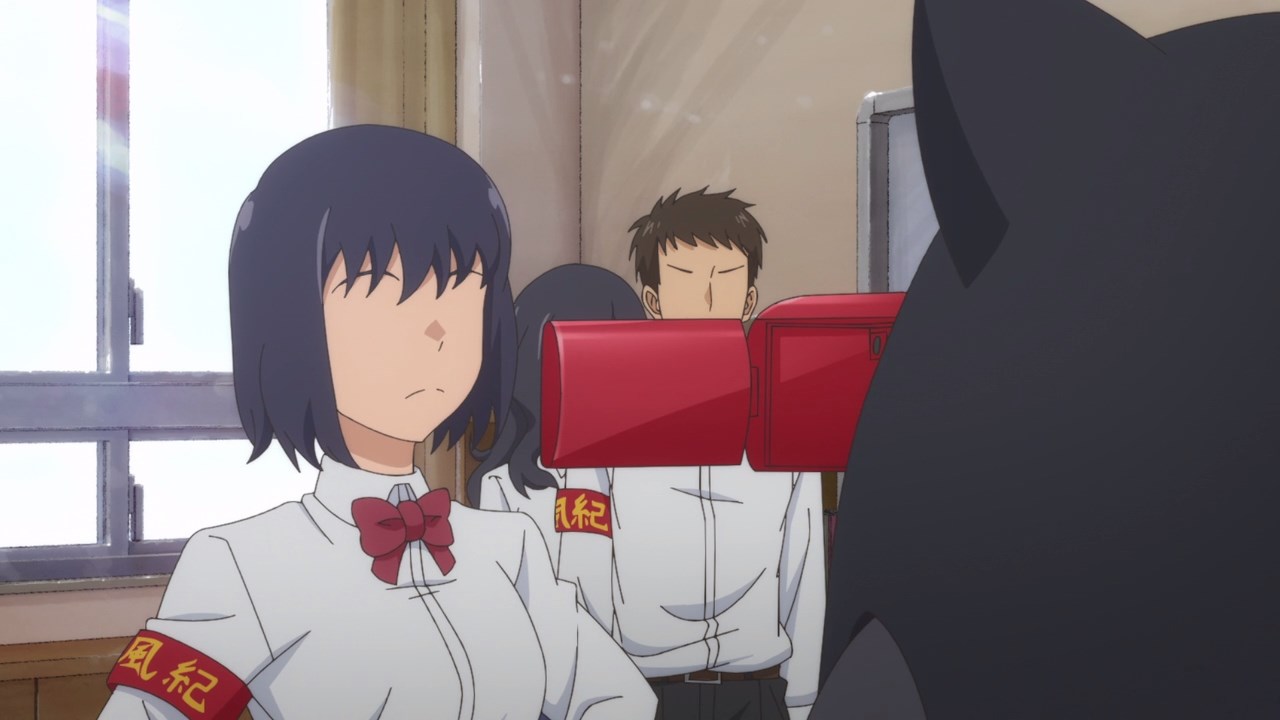 Unfortunately, seems that someone wants to put more fuel into the fire as one of the Torocats showed a video of the art exhibit. 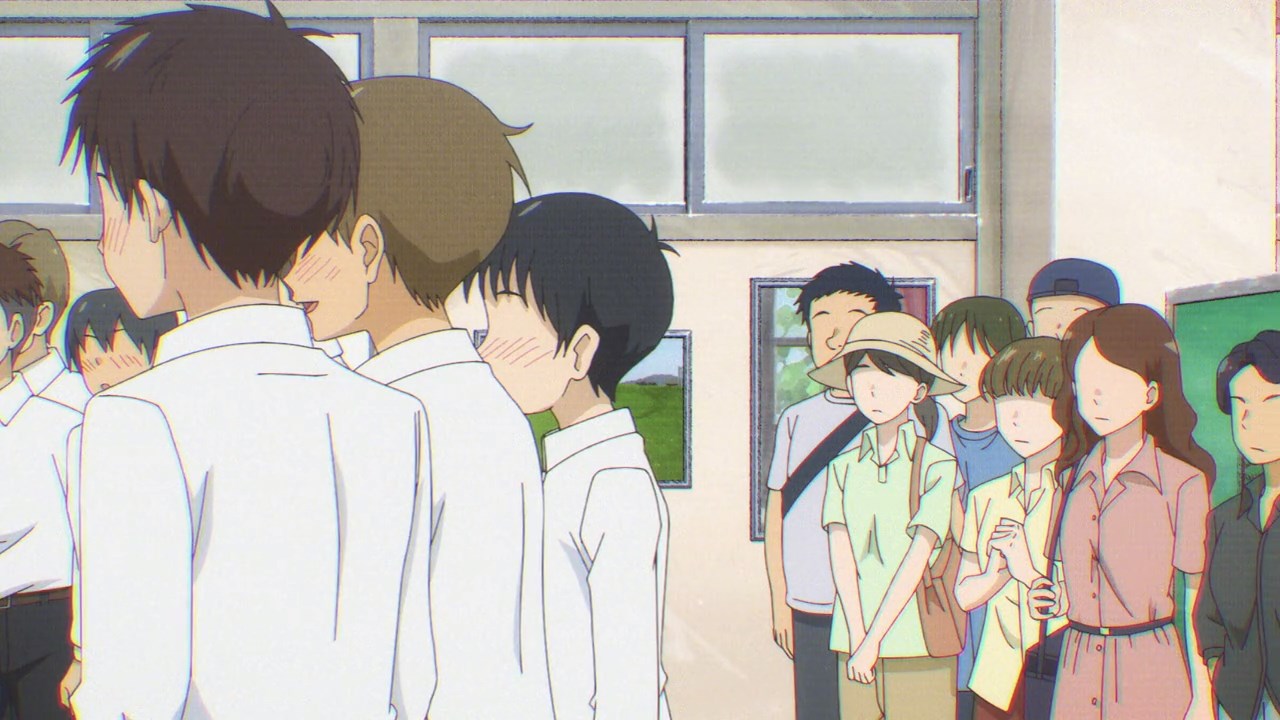 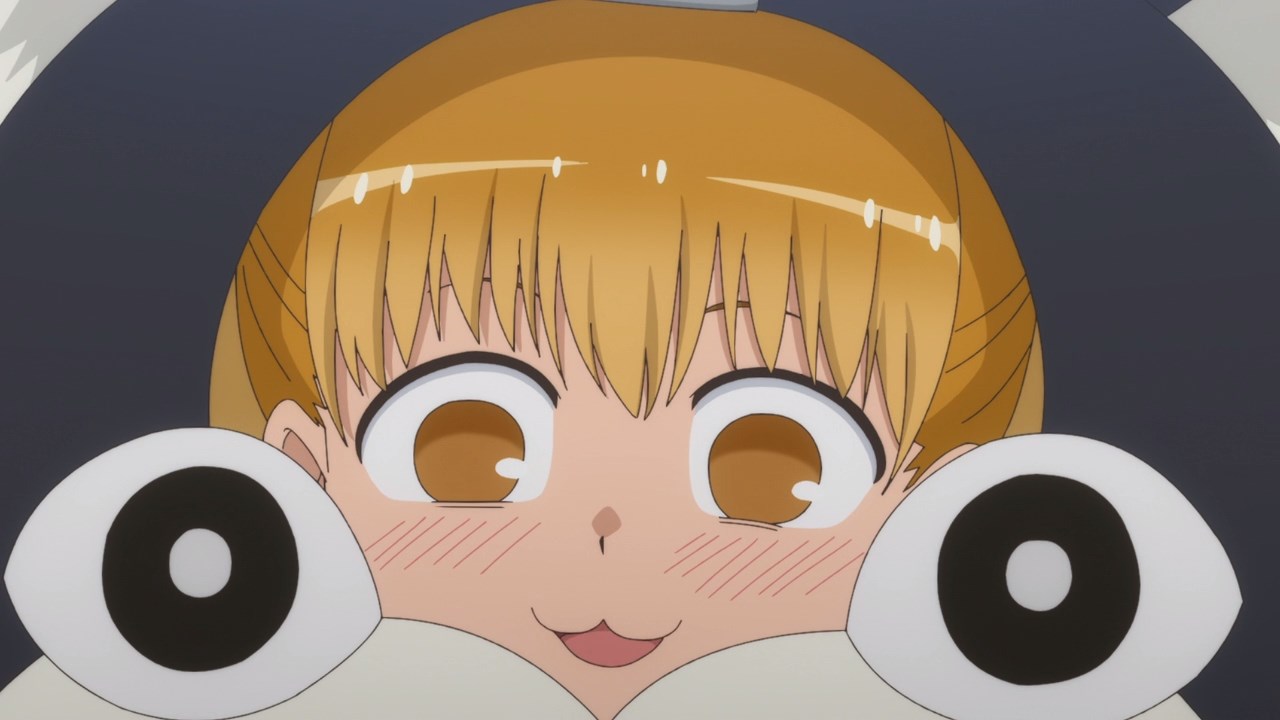 Why it’s none other than Yosshi where she managed to capture the footage inside the club president’s art exhibit. 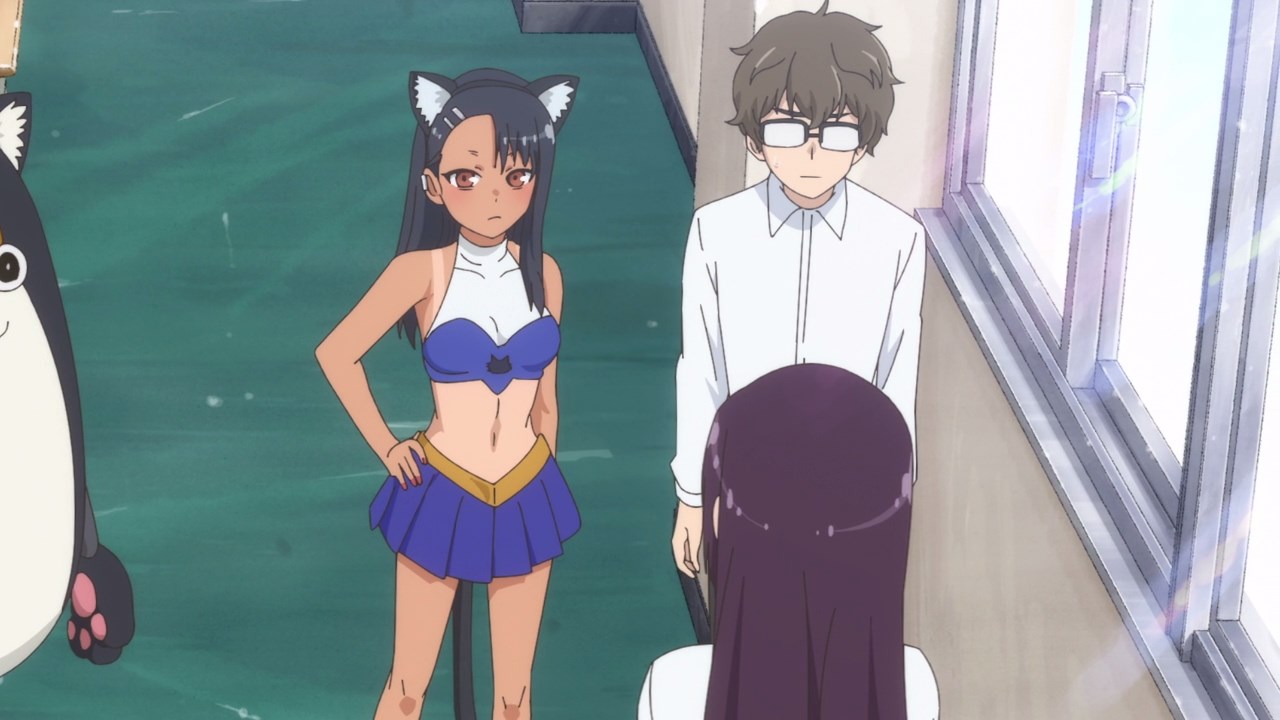 Anyways, it’s time for the final deliberation as the club president told Mr. Sempai and Nagatoro-san that her art exhibit will continue, although she admitted her loss as the art club will continue to exist. 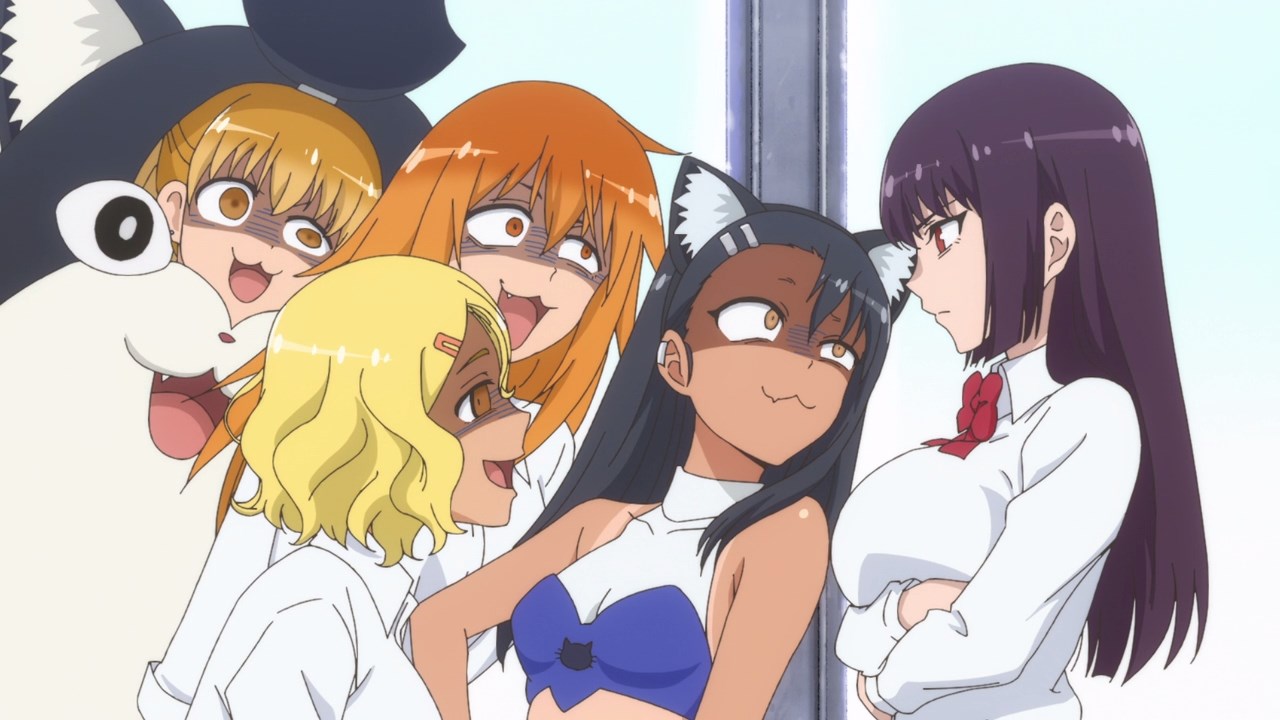 Now that the club president lost the showdown, looks like Nagatoro-san and her friends have decided to give her a fitting punishment for the president. What’ll be then? 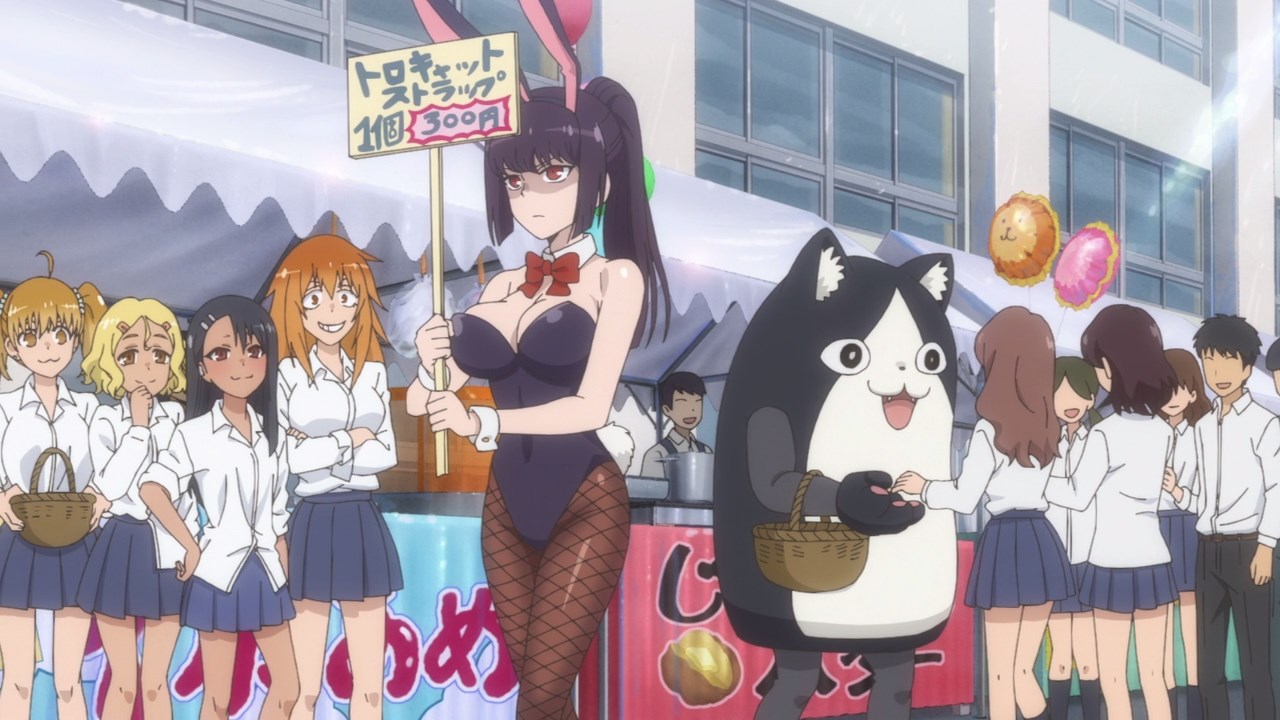 Well, they decided to have the club president wear a bunny girl suit and sell Torocat merchandise. Really understandable considering that the president has big tits! 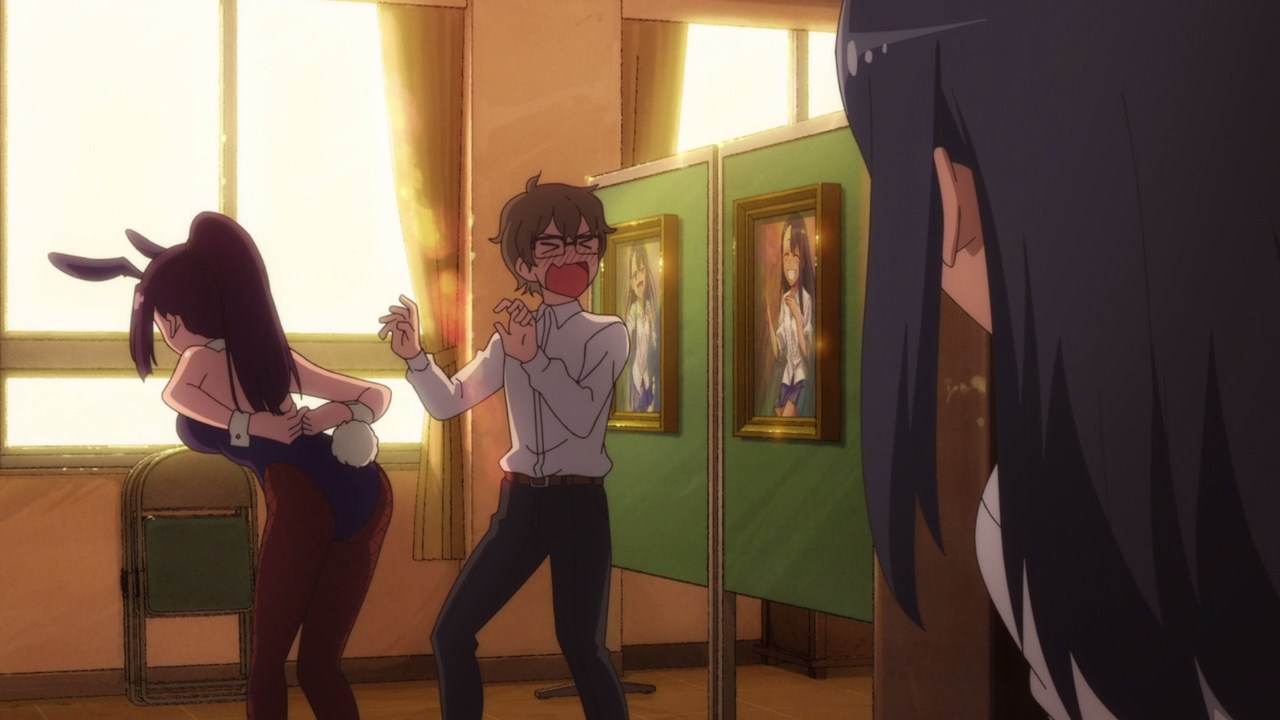 Sadly, it appears that the club president doesn’t read the room that much when she decides to remove her bunny suit in front of Sempai. 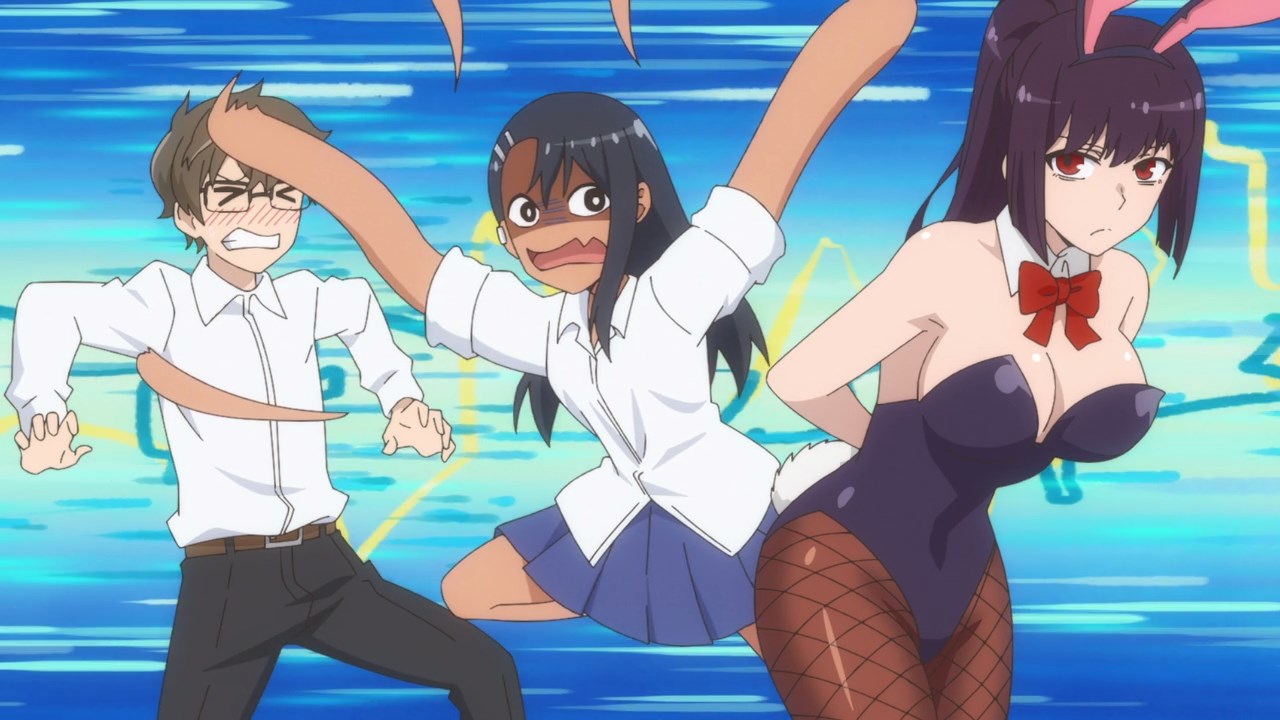 Fortunately, Nagatoro-san intervenes as she warned the club president not to strip in front of the nameless upperclassman simply because she doesn’t want the president to show her large tits.

But even if the club president did strip, I think Mr. Sempai will just run away like a coward simply because he has no courage to grope the president’s breasts. 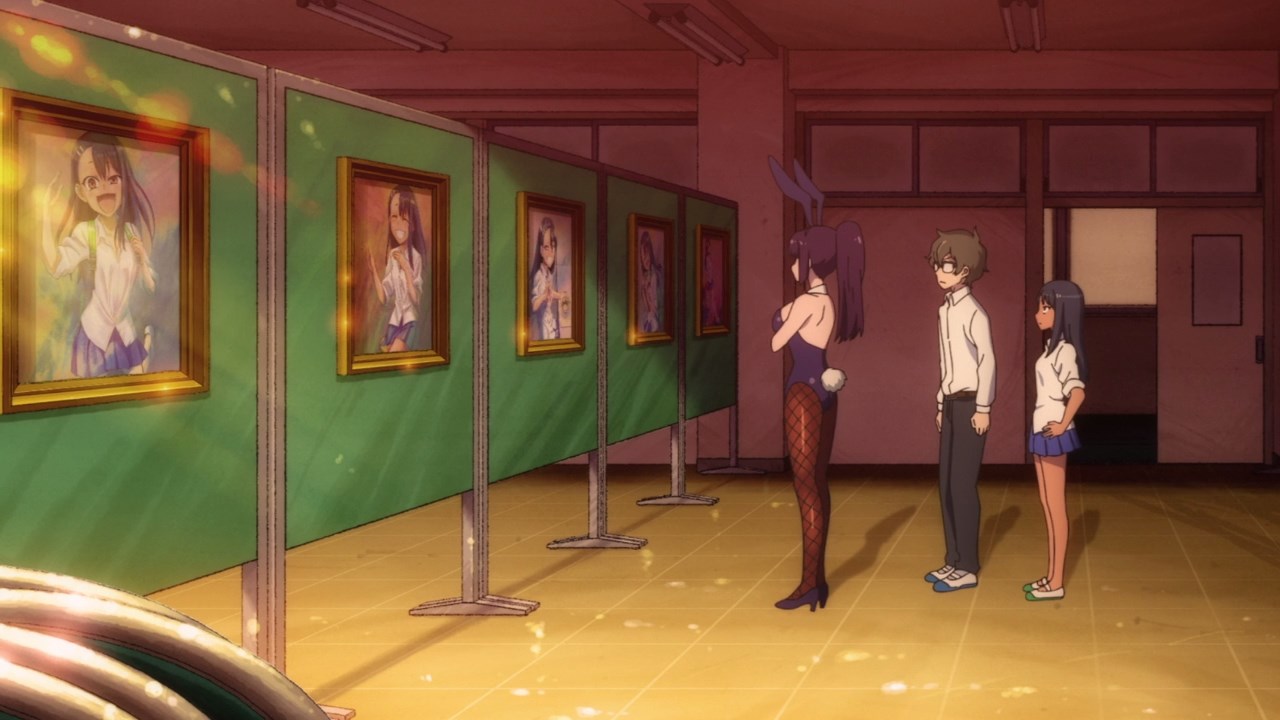 Now then, looks like the club president wants to check out the artwork from one of her junior members and she said to Mr. Sempai that his art is very good. 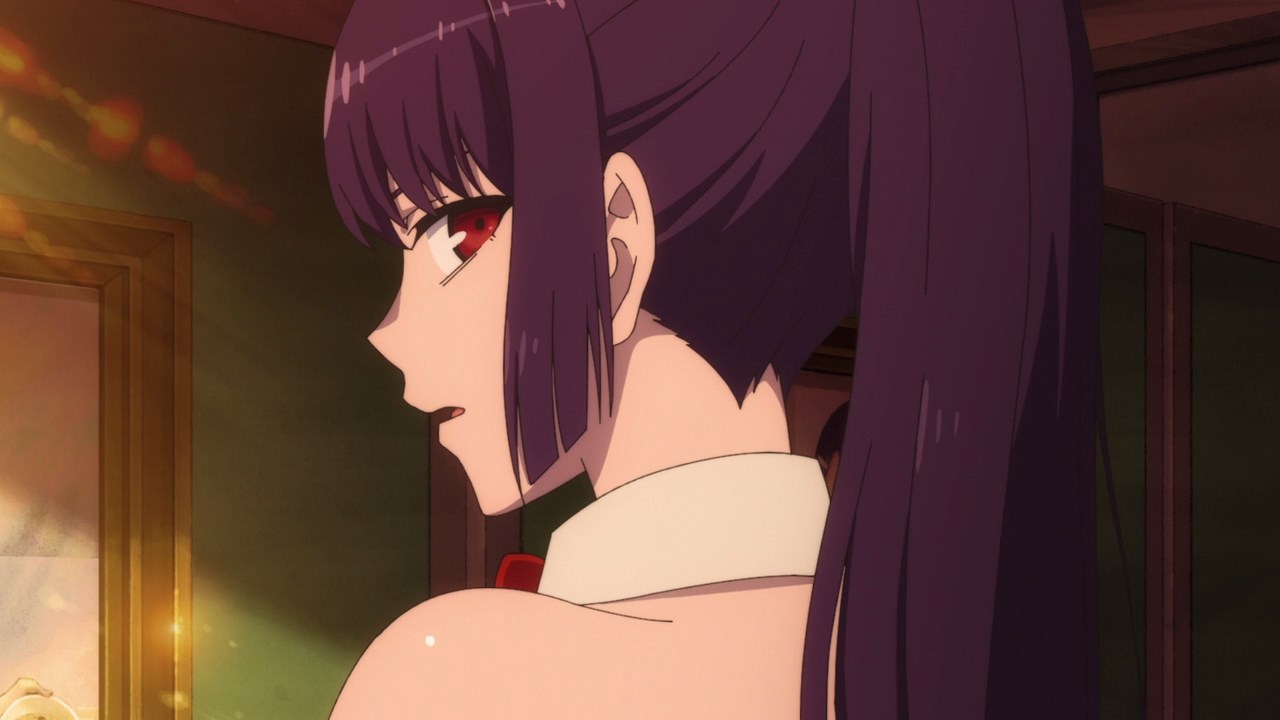 So much that she told him that the reason why his art is great is because he’s in love with Hayase Nagatoro.

Really, is she expecting that Nagatoro-san is in love with Sempai even though she’s bullying him most of the time? 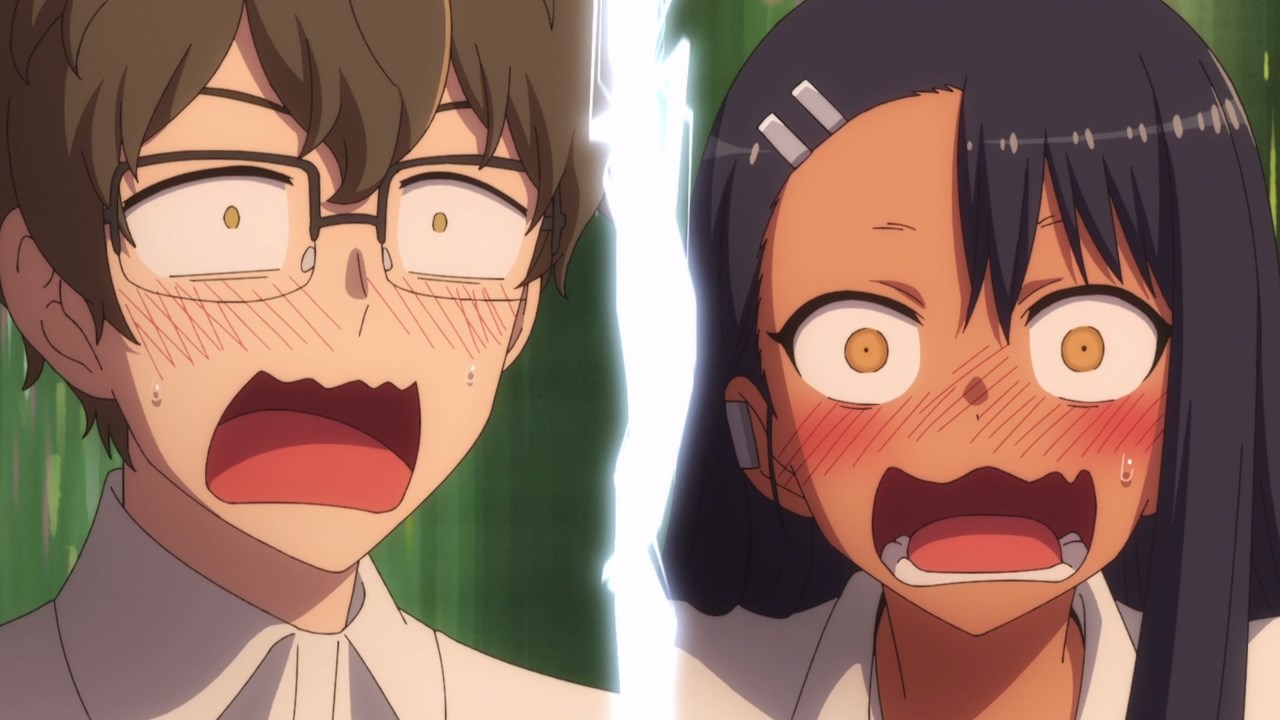 But speaking of those two, they’re shocked that the club president told the hard truth that they’re lovers even though Nagatoro-san and Sempai deny it. In any case, that’s the end of this show and I have to say that they did a great job on saving the art club from being shut down.

Now for my thoughts and while I’m very skeptical at first because Hayase Nagatoro clearly bullies Mr. Sempai that this show is gonna be depressing. However, it appears that Nagatoro-san soften up towards the nameless protagonist as she has romantic feelings for him, although Hayacchi denies it.

Aside for the story, everything looks okay and I have to say that this show is pretty decent where I’m surprised that it went from gyarus picking on a weak male character to a love story.

And now, let’s end this show where Hayase Nagatoro is about to do something nasty towards Mr. Sempai. Oh I have a bad feeling about this… 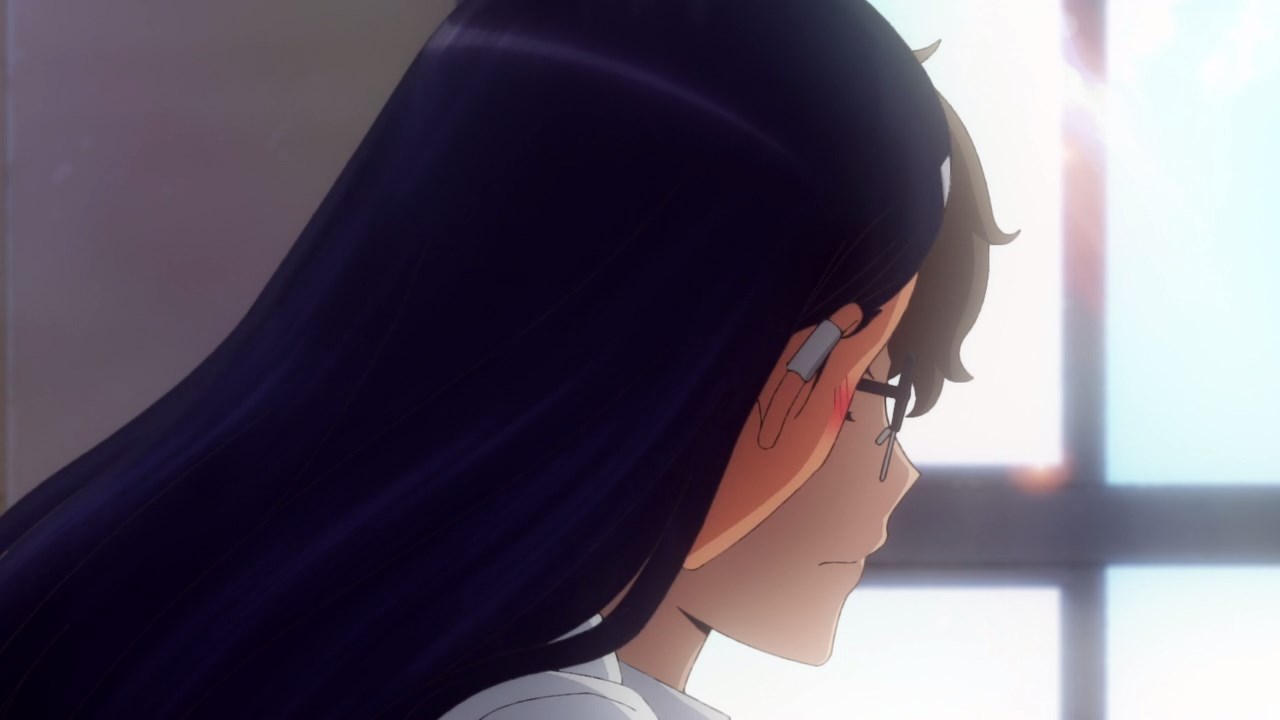 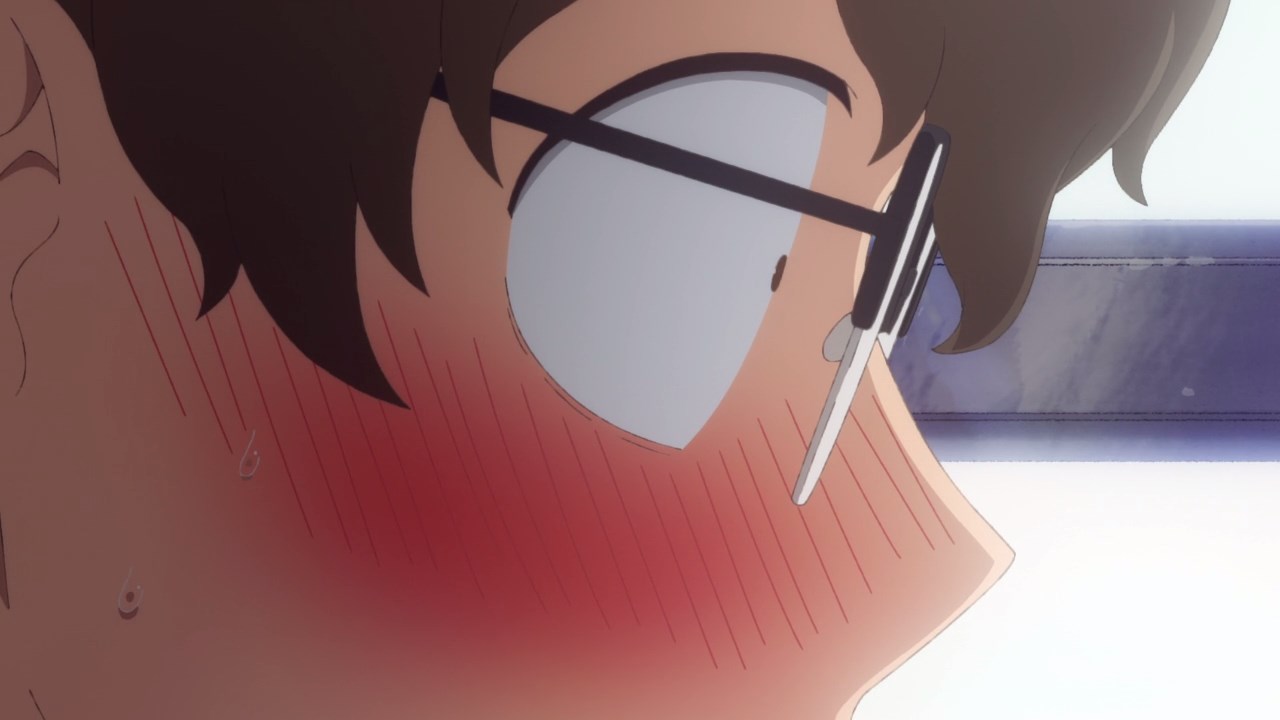 On second thought, it appears that Nagatoro-san kissed Sempai to the cheek. Wow, Hayacchi is one cheeky girl who made a nasty prank on that poor upperclassman! 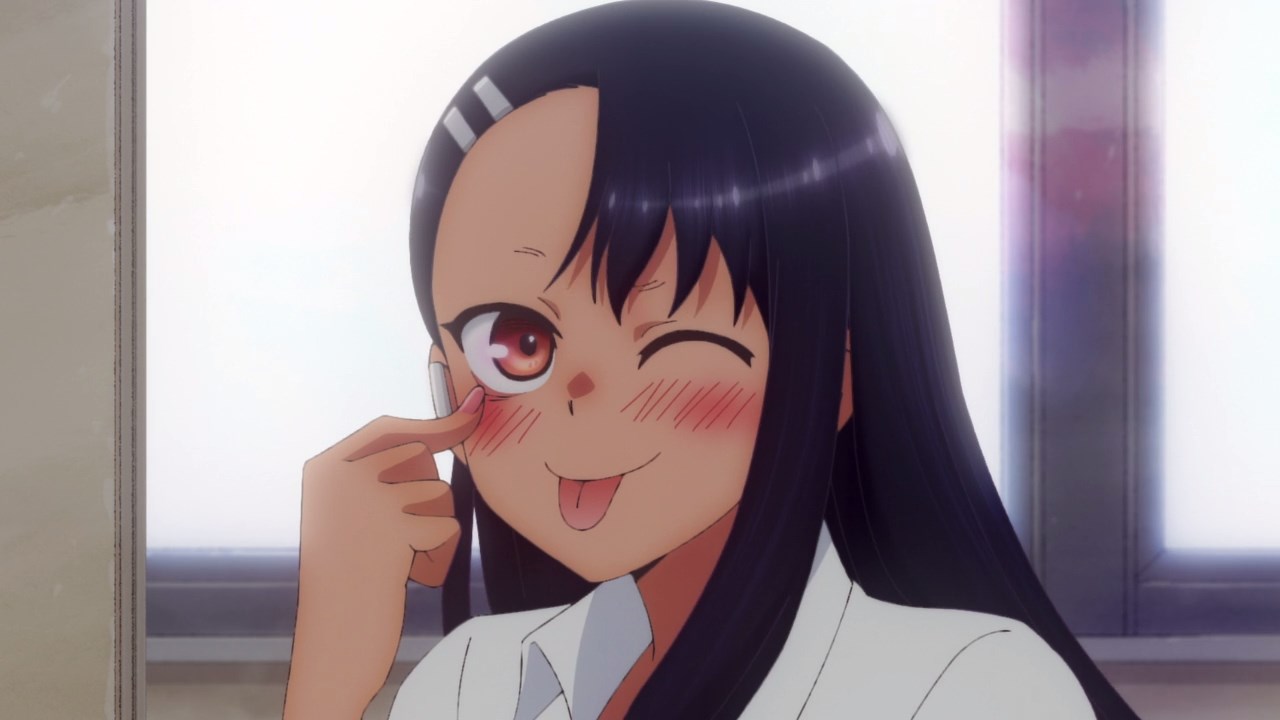 Anyways, I’ll leave you this lovely shot of Hayase Nagatoro as she bid farewell on Mr. Sempai and everyone who watched this anime series. See ya, Nagatoro-san!