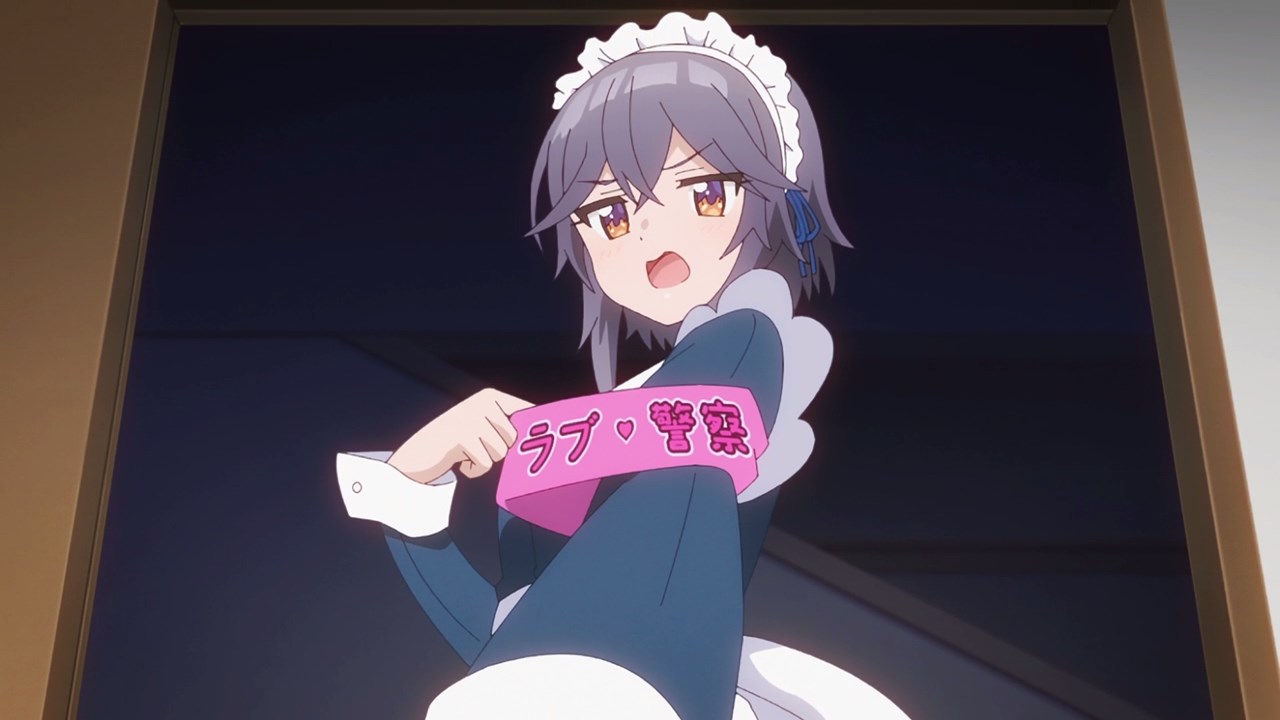 Oh boy, looks like someone is impersonating Kuroko Shirai as Shion Ohragi forbid both Sueharu Maru and Maria Momosaka on flirting inside the house. 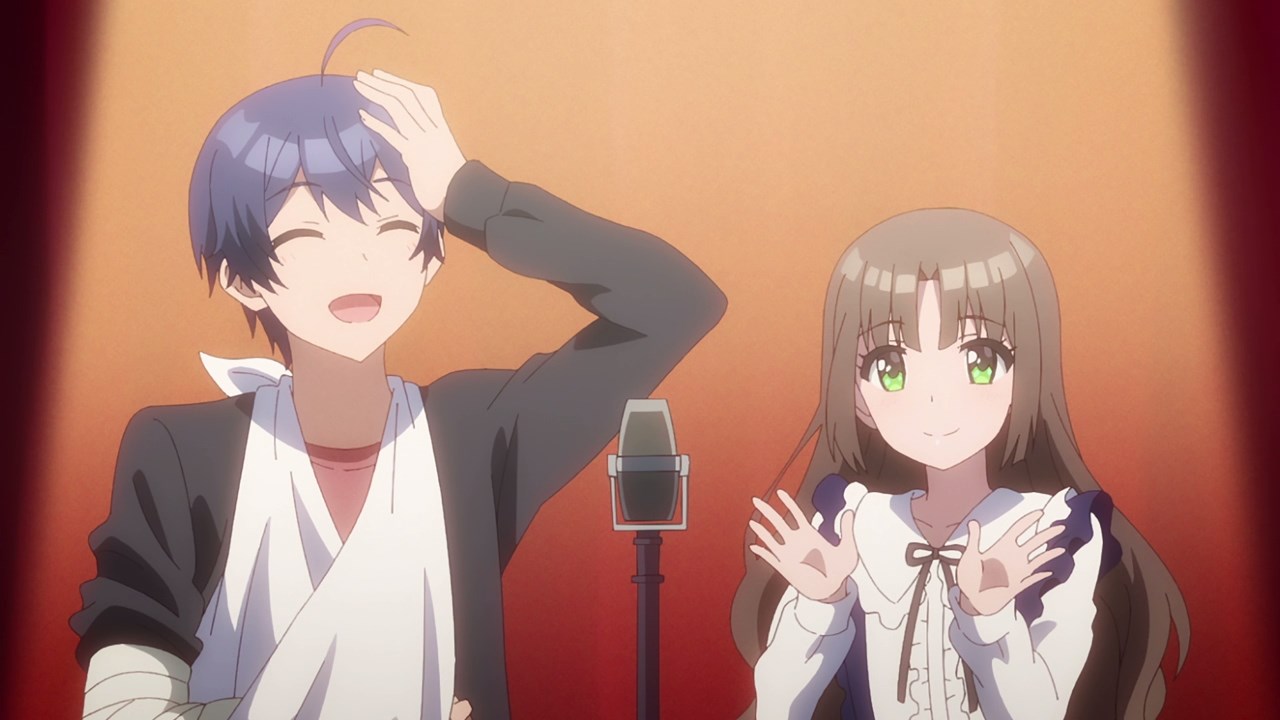 But speaking of those two, Sueharu and Maria told Shion that they have a collection of pictures in which a young Shirokusa Kachi is featured there. 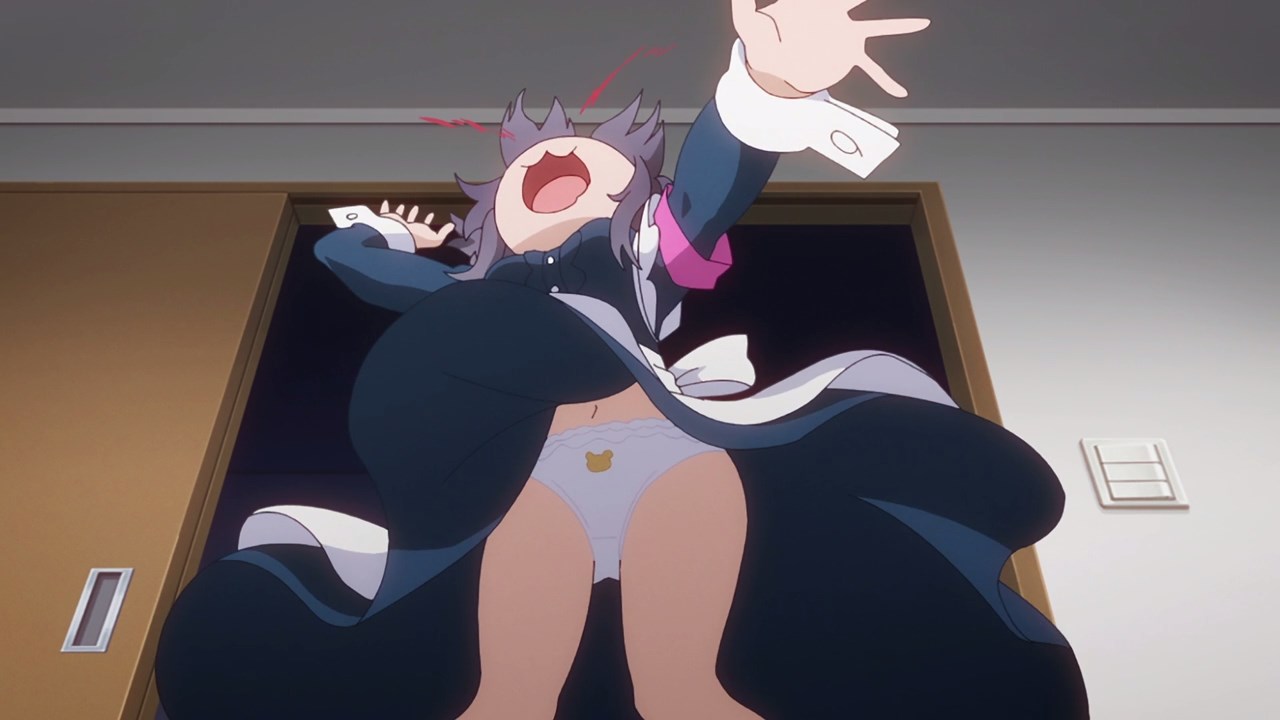 Of course, Shion fainted upon learning that they have pictures of young Shirokusa. Also, here’s a panty shot which is the only one featured in OsaMake. 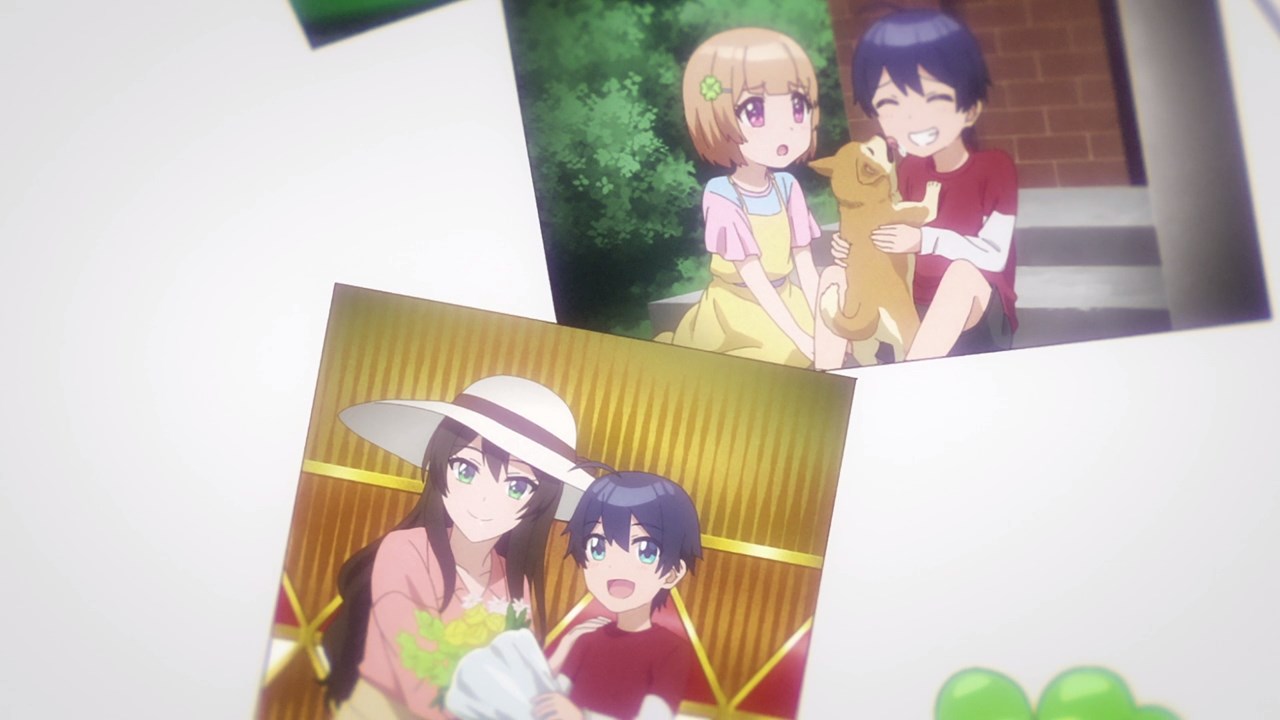 Now let’s move onto Kuroha Shida in which it turns out that she knows Sueharu back when they’re kids, including the time when he became a child star.

Of course, Kuroha learned about his mother’s death in which her family took care of Sueharu when his father got busy with his stunt work. 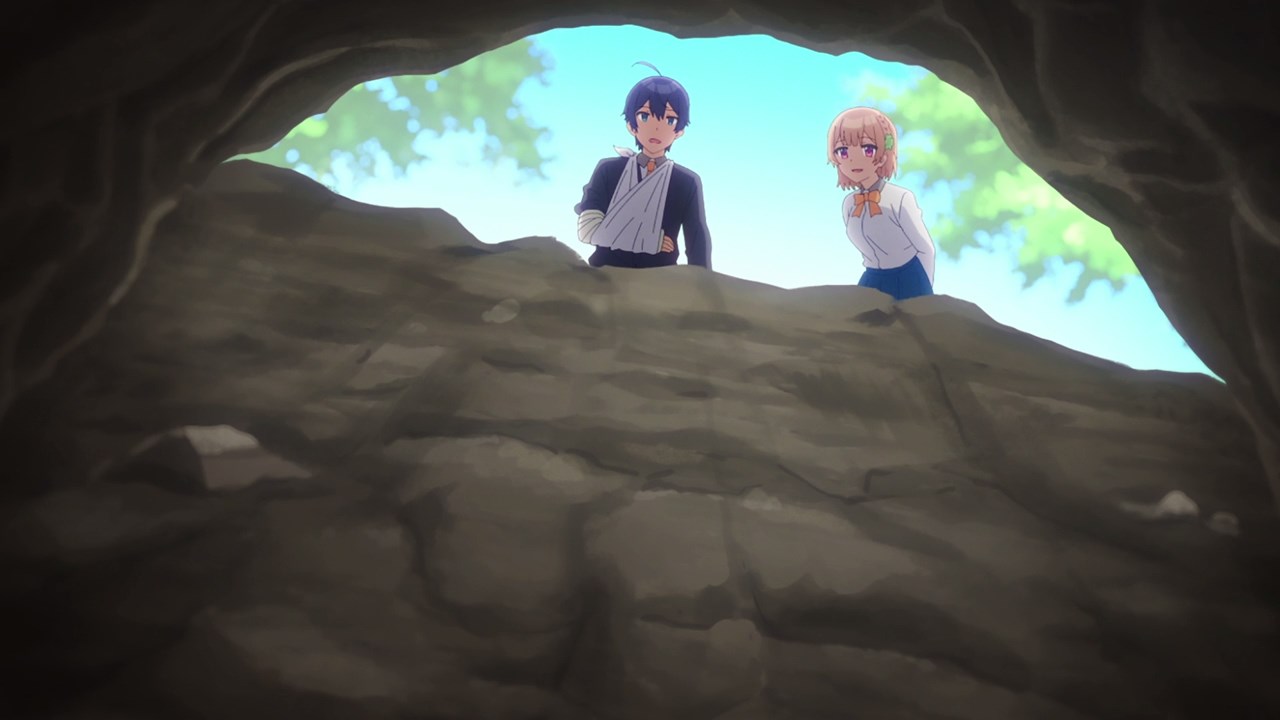 But now let’s move onto the present where Kuroha took Sueharu to a cave where she ran away from home back when she was a child.

You see, Kuroha doesn’t like being the oldest sibling in the Shida family in which her responsibility of taking care of her sisters is somewhat taxing. 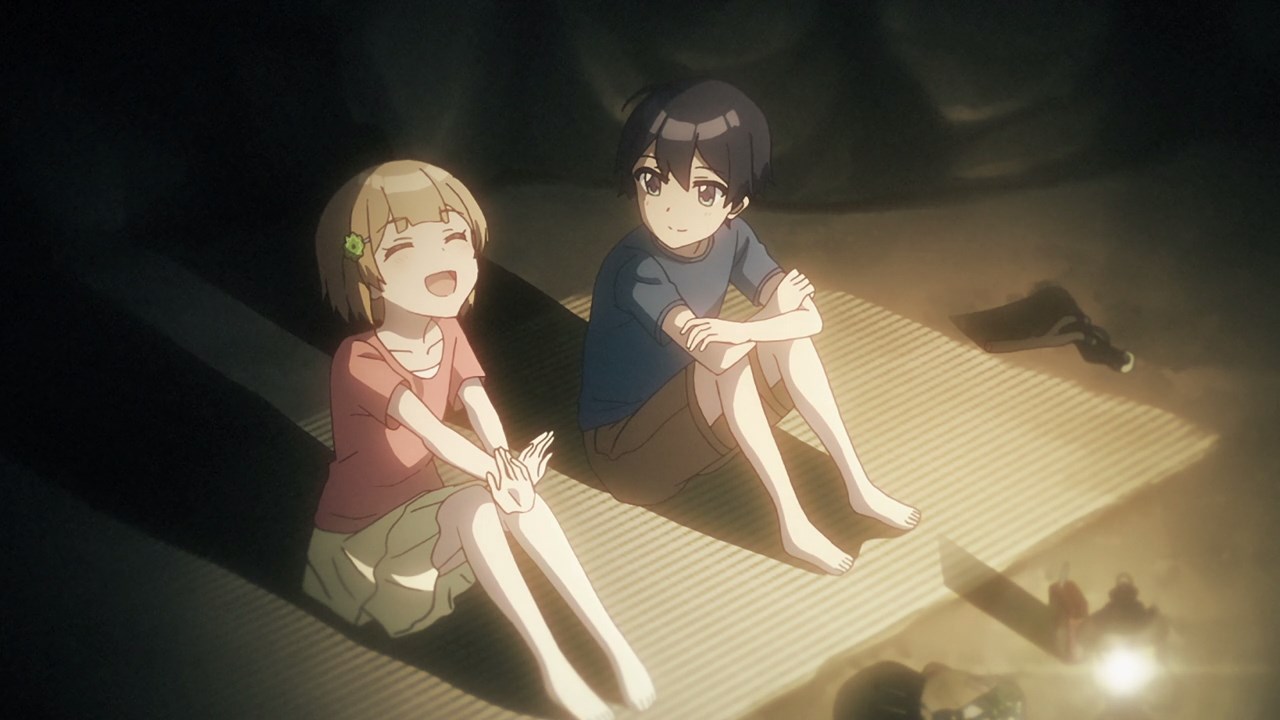 Of course, Kuroha found Sueharu inside the cave in which he felt lonesome without his parents around. After all, Sueharu lost his mother in a botched car accident sequence.

With that said, I’m glad that Kuroha Shida decided to share her side of the story in regards to Sueharu’s past instead of screwing him over. Considering that she has lots of history with him, it’s no wonder why Kuroha is the most formidable childhood friend ever. 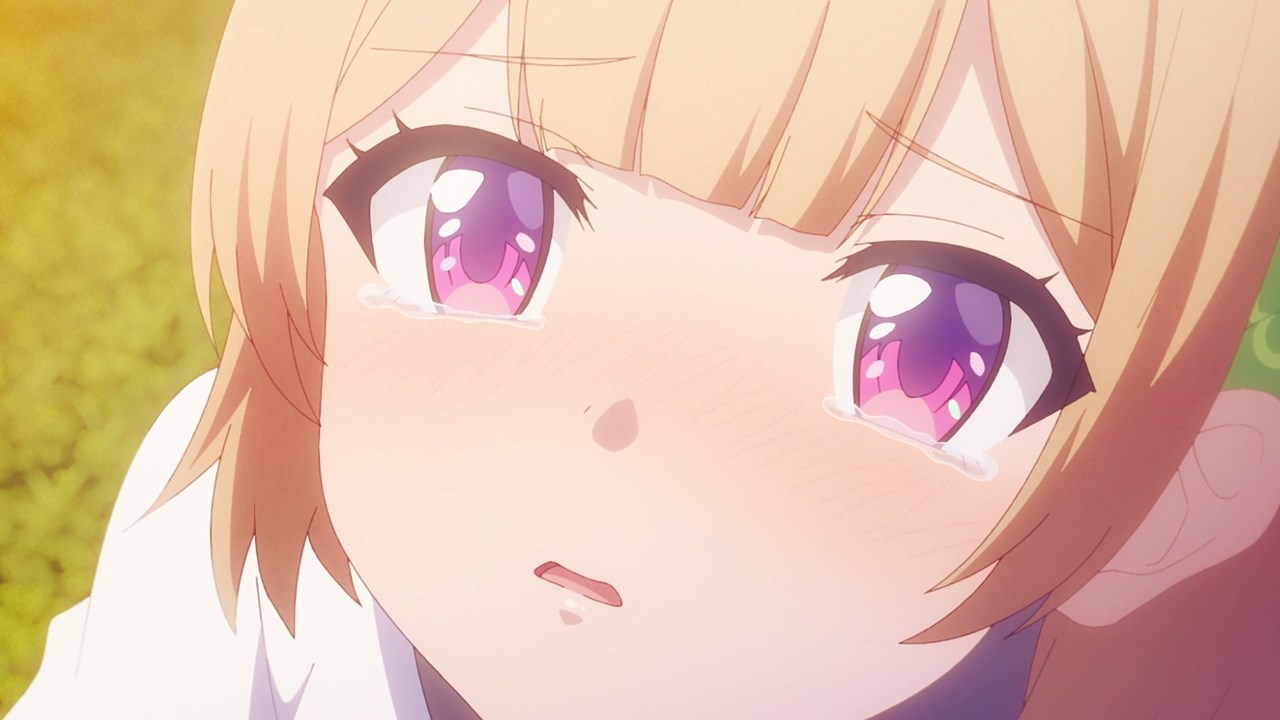 Now then, it appears that Kuroha decides to confess her feelings towards Sueharu as she’s intending to make him as her boyfriend. 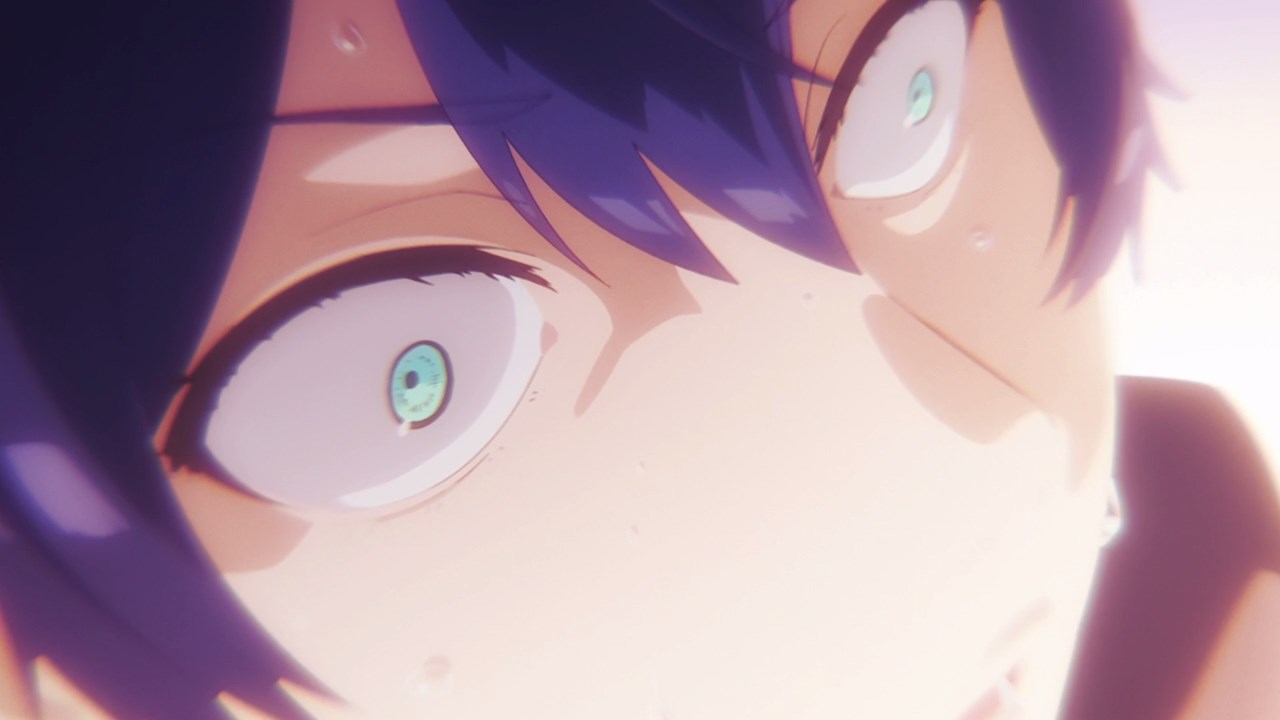 Of course, Sueharu Maru is in a bind as it’s not just Kuroha Shida who loves him, but also Shirokusa Kachi and Maria Momosaka as these girls are fighting for his affection. 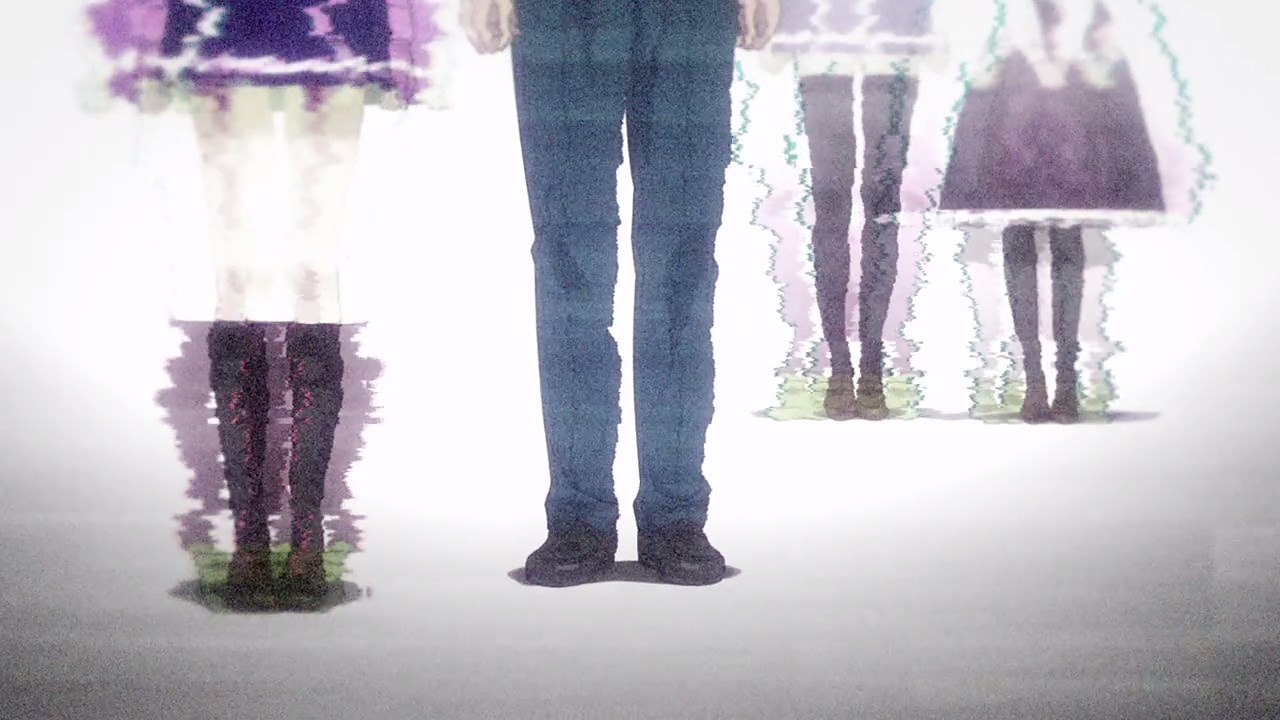 And really, should he choose Kuroha as his girlfriend, both Shirokusa and Maria will be very sad. Seriously though, the only thing he needs is a harem ending! 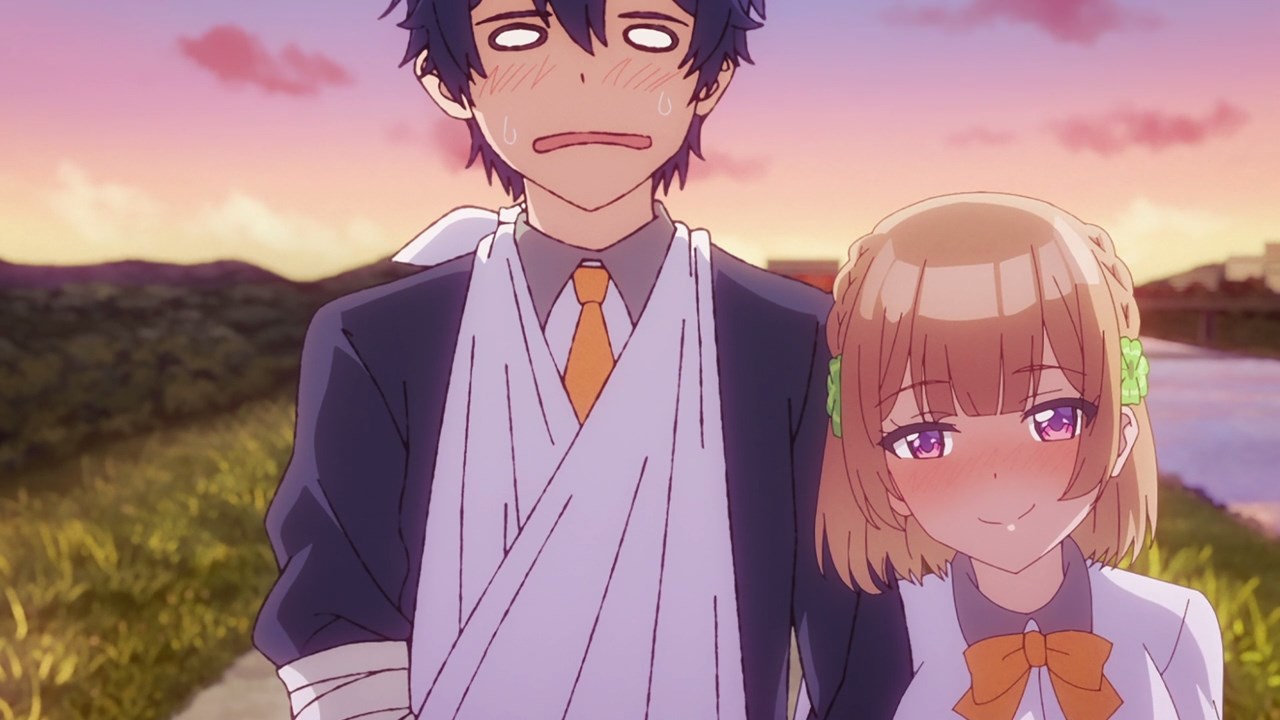 On second thought, Kuroha chose a third option in which she becomes the so-called “childhood girlfriend”. It’s less than a lover, but more than a childhood friend.

I’m pretty stunned on Kuroha’s idea as she exists between a girlfriend and a childhood friend to Sueharu Maru. Then again, I have a feeling that both Shirokusa and Maria will steal her idea later down the line. 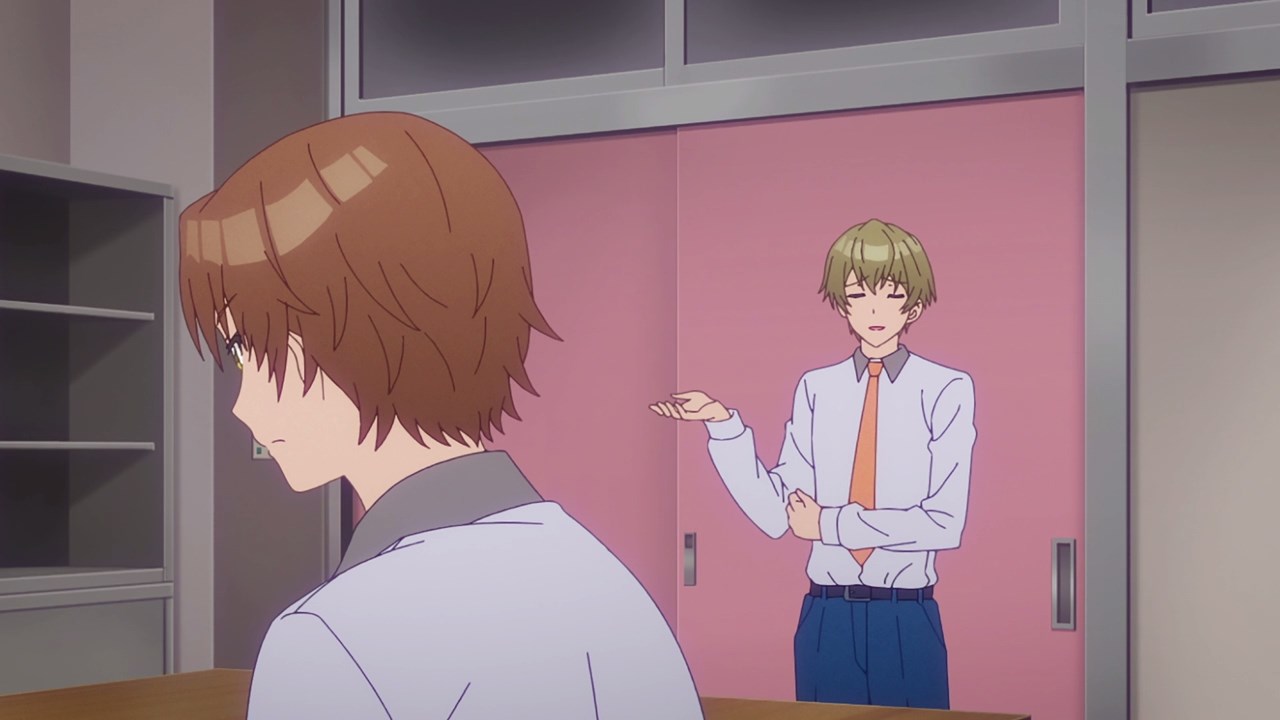 Now then, here’s Mitsuru Abe where he heard the news that Ultramarine Alliance’s documentary about Sueharu Maru, plus the true ending of Child King, has gone viral over the internet. 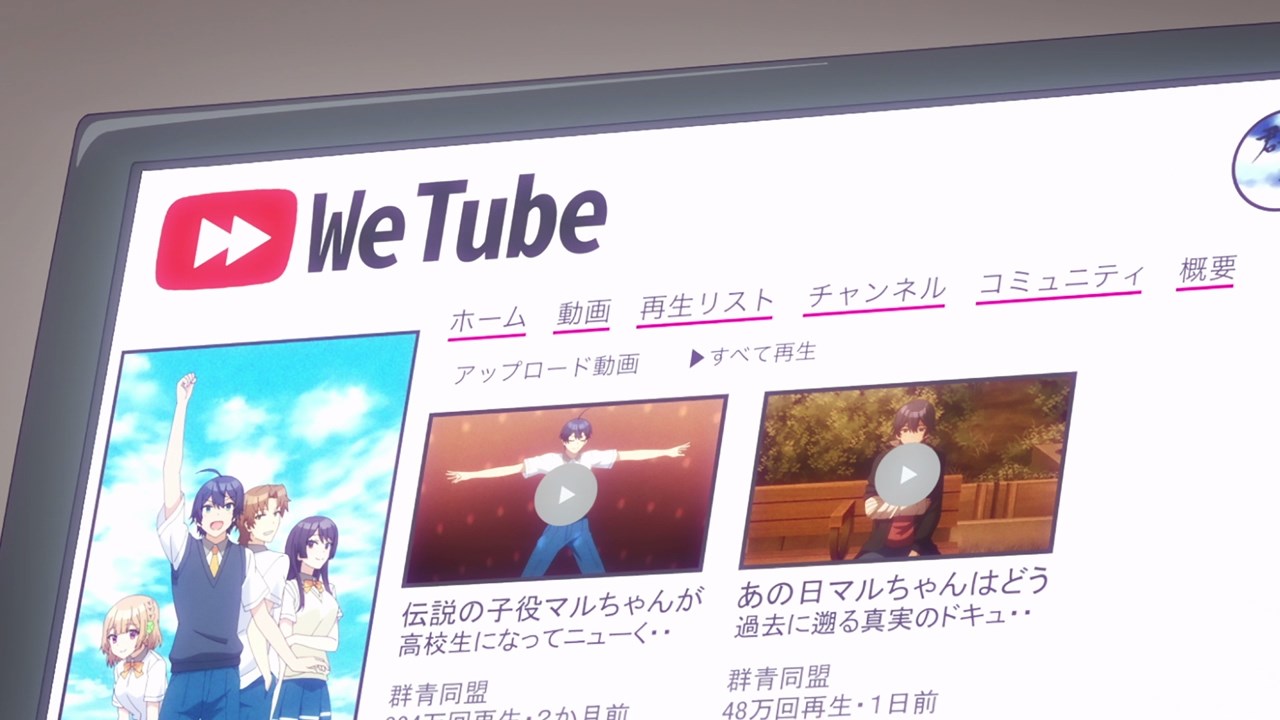 Thanks to the documentary’s success, Shun Hardy’s attempts to smear Sueharu Maru end up in failure. Looks like this joke of a producer has finally lost, although Shun won’t give up on ruining Sueharu’s life. 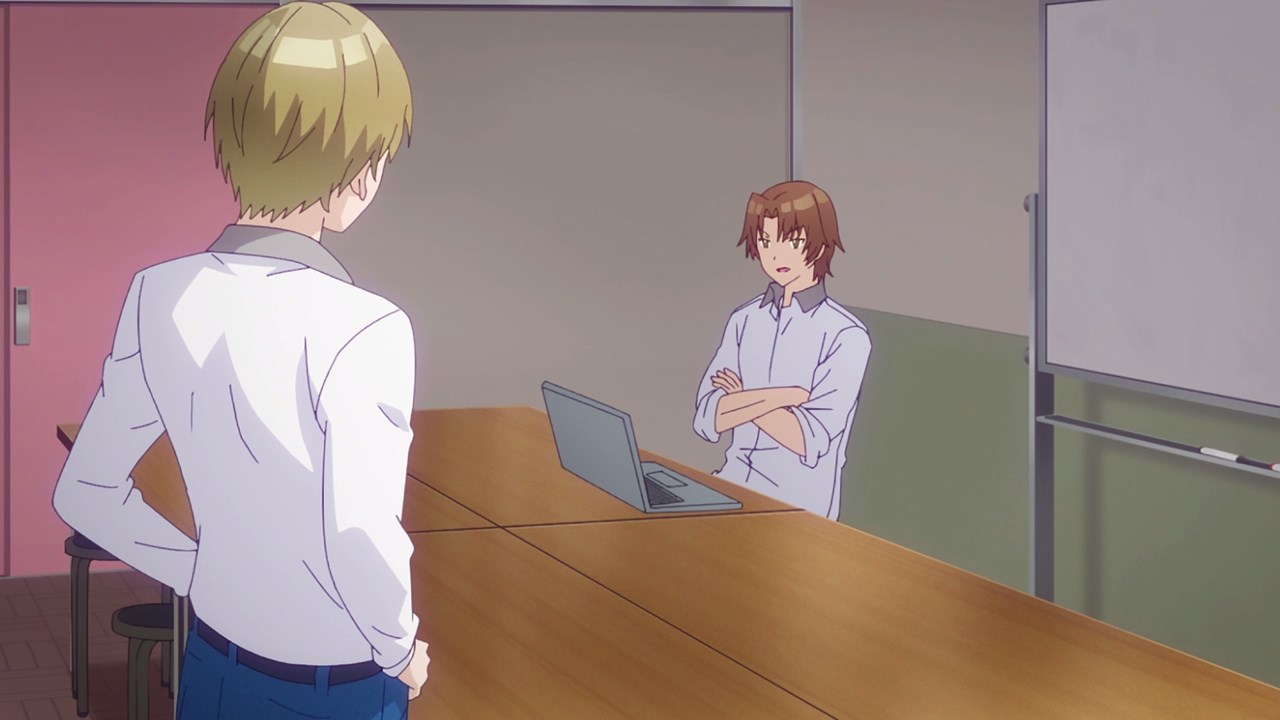 Of course, the only real winner is actually Kuroha Shida where Tetsuhiro Kai explained to Mitsuru that she got a bit closer to Sueharu thanks to her “childhood girlfriend” plan, leaving both Shirokusa and Maria in the dust. 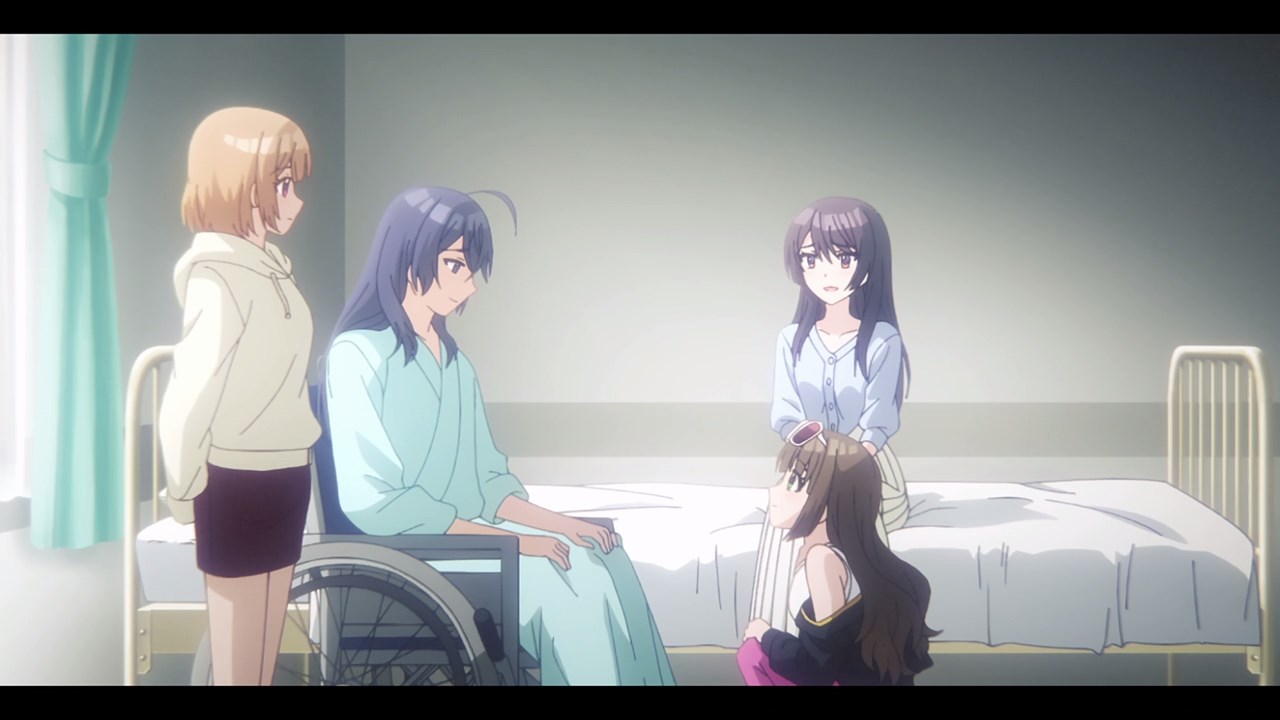 And now, it’s time to show you the true ending of Child King where the main character Ren finally woke up from his coma and he’s surrounded by his loved ones. A fitting end to the series that started 6 years ago. 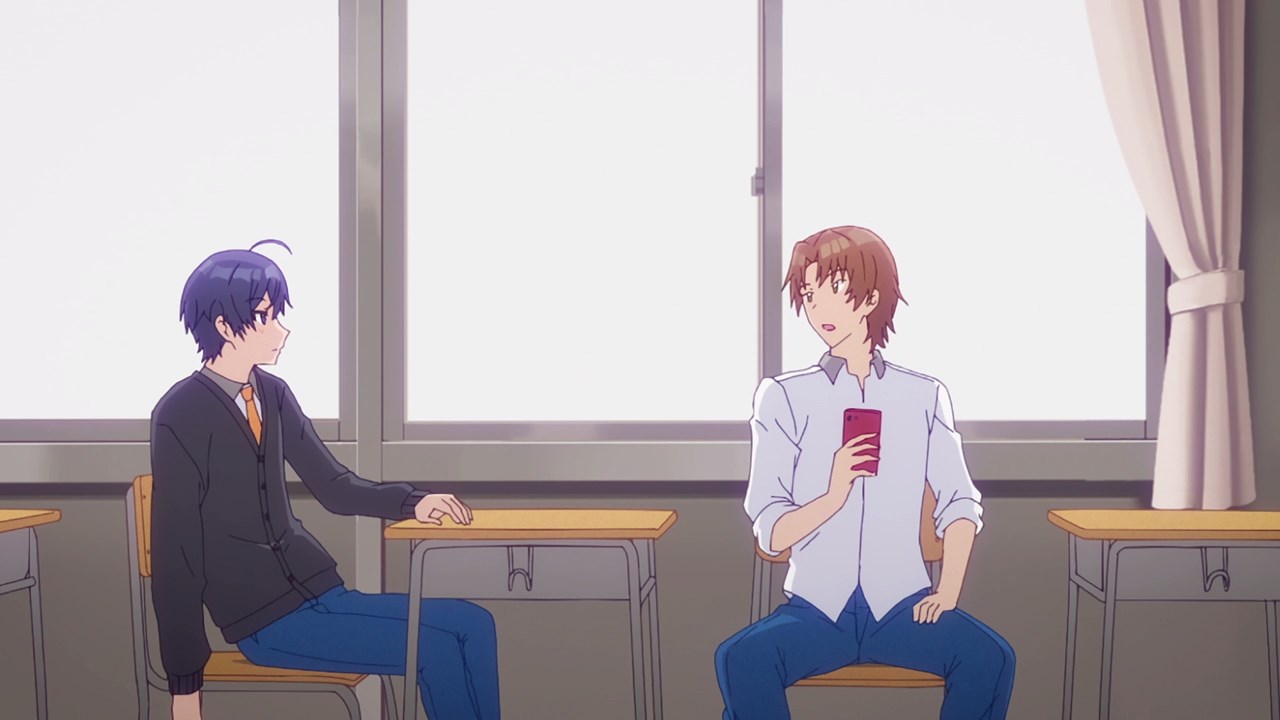 Because of this, Tetsuhiko Kai told Sueharu Maru now has a fan club inside Hozumino High School. C’mon, Tetsuhiko’s the one who created the true ending after all so give credits to him! 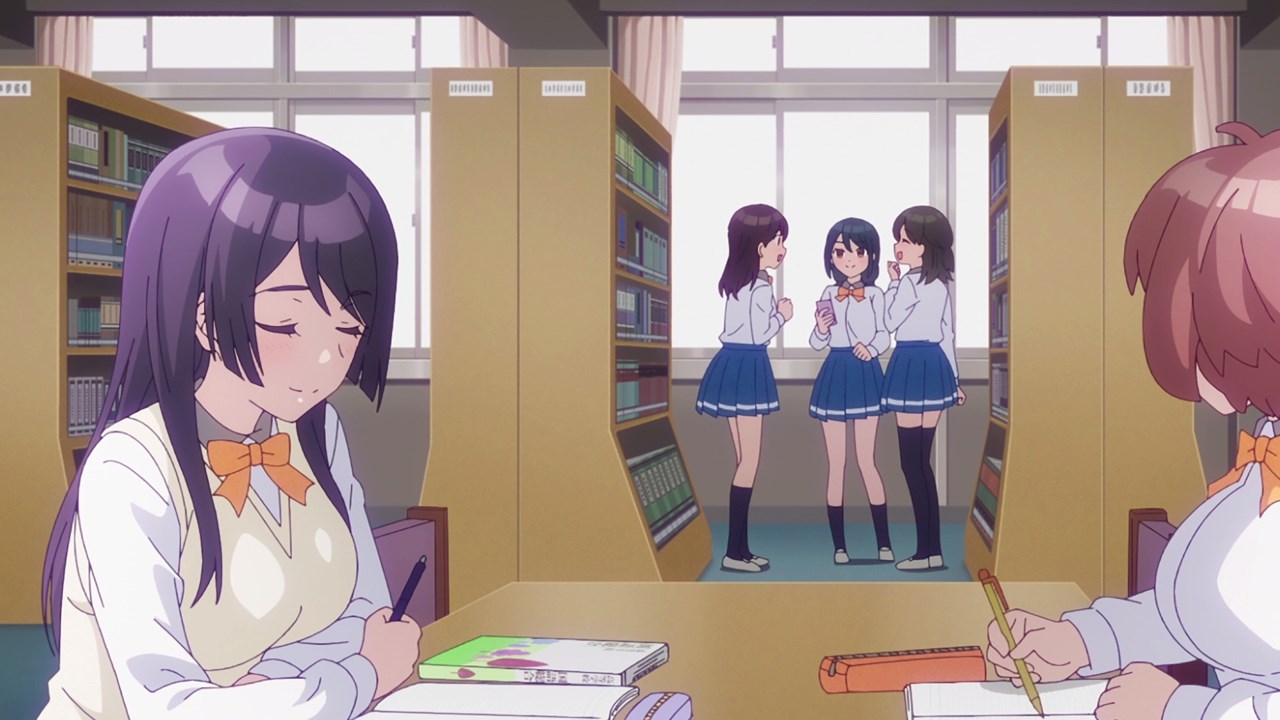 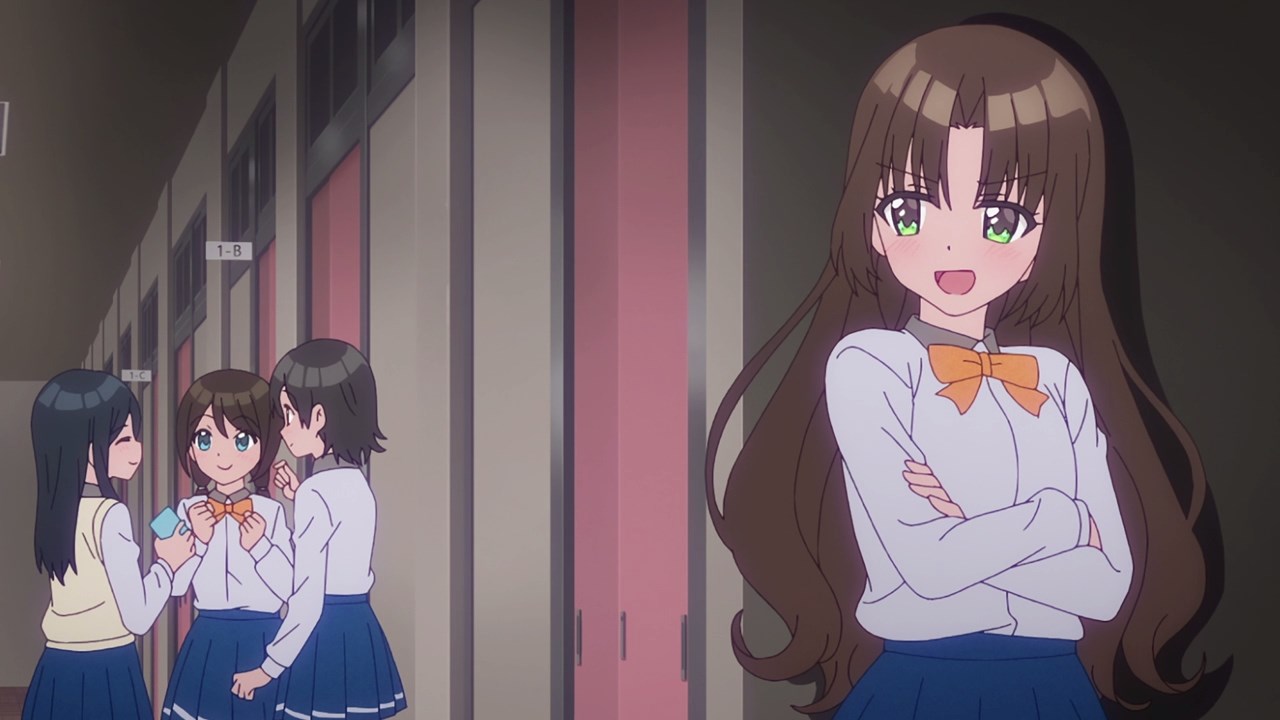 Then again, the likes of Shirokusa Kachi and Maria Momosaka won’t let these fans get closer to Sueharu Maru as they’re at the top of the food chain. 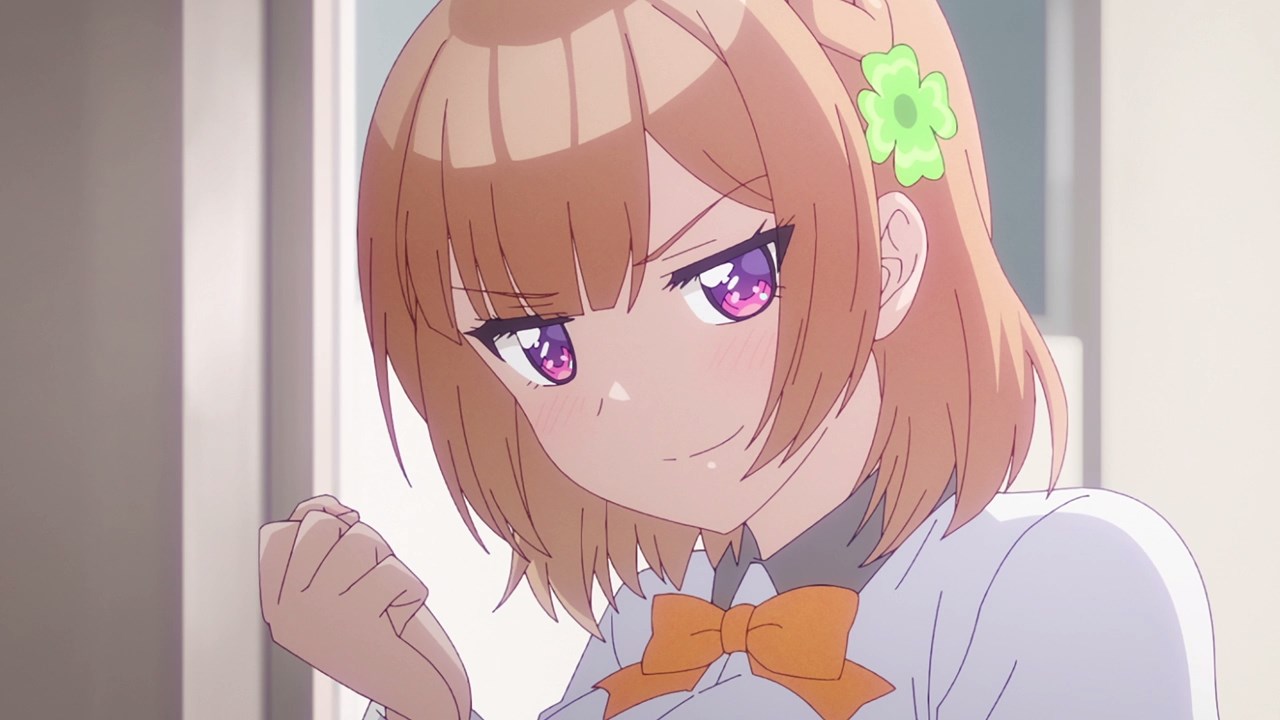 Of course, there’s Kuroha Shida where she’s basically the top apex predator. C’mon, this childhood friend cannot lose after all!

But that’s the end of OsaMake and while Doga Kobo did a great job when it comes to the presentation, I’m blown away by its story as I didn’t expect this love comedy to transform into a show full of mind games.

Oh yeah, as for the main heroines, they have their own charm although it’s sucks that Shirokusa and Maria can’t hold a candle against Kuroha, especially when she’s the one who saved Sueharu countless times already.

Now then, I guess that’s about it for this show and if OsaMake has another season, I’m looking forward for it.