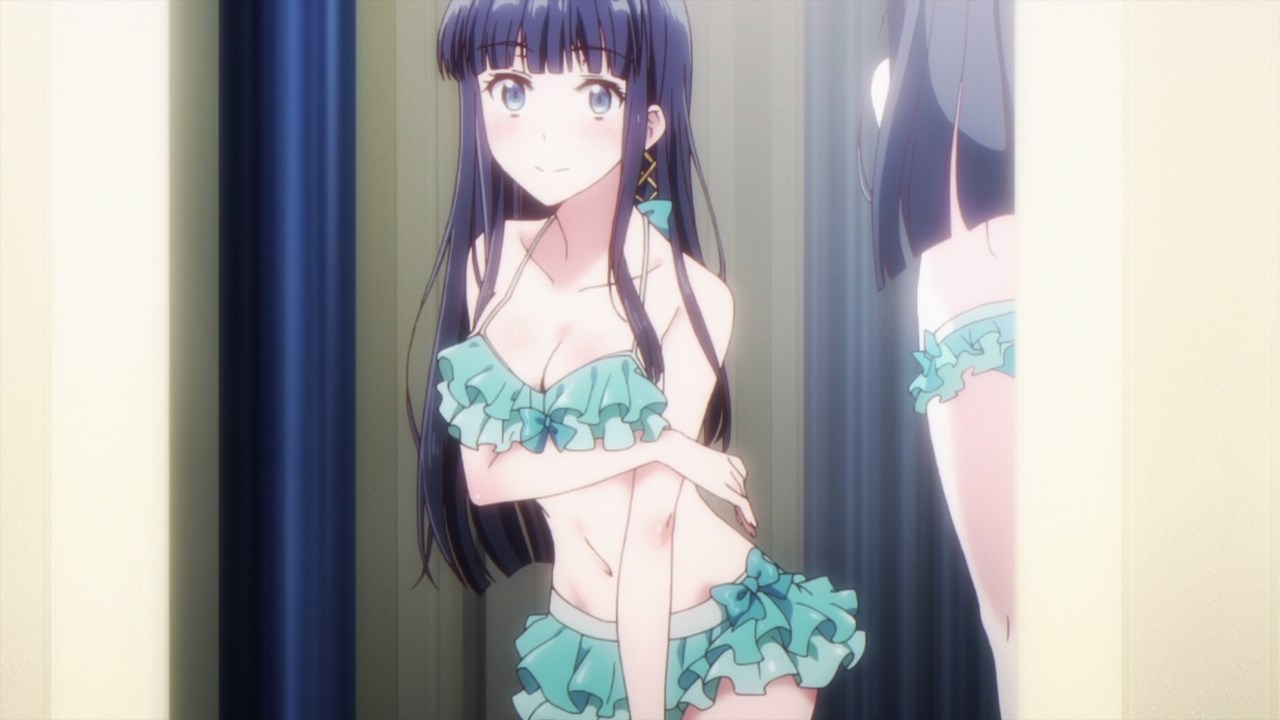 Well everyone, here’s Miyuki Shiba as she becomes the star of this spin-off. Of course, this is just a prologue where Miyuki and her brother Tatsuya haven’t enrolled to the First Magic High School yet. 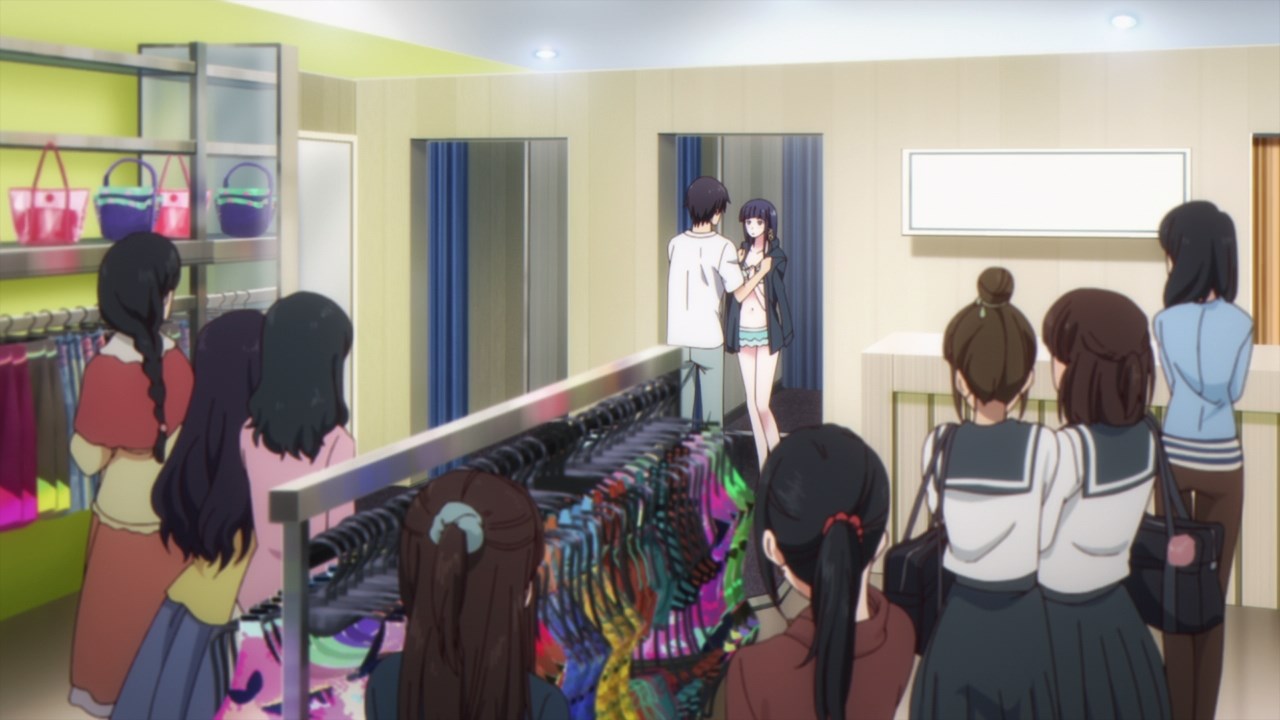 Speaking of Tatsuya, he’s worried that some lecherous people are looking at Miyuki in a lewd way, therefore Tatsuya cover his sister with his jacket. As expected from Tatsuya-niisama. 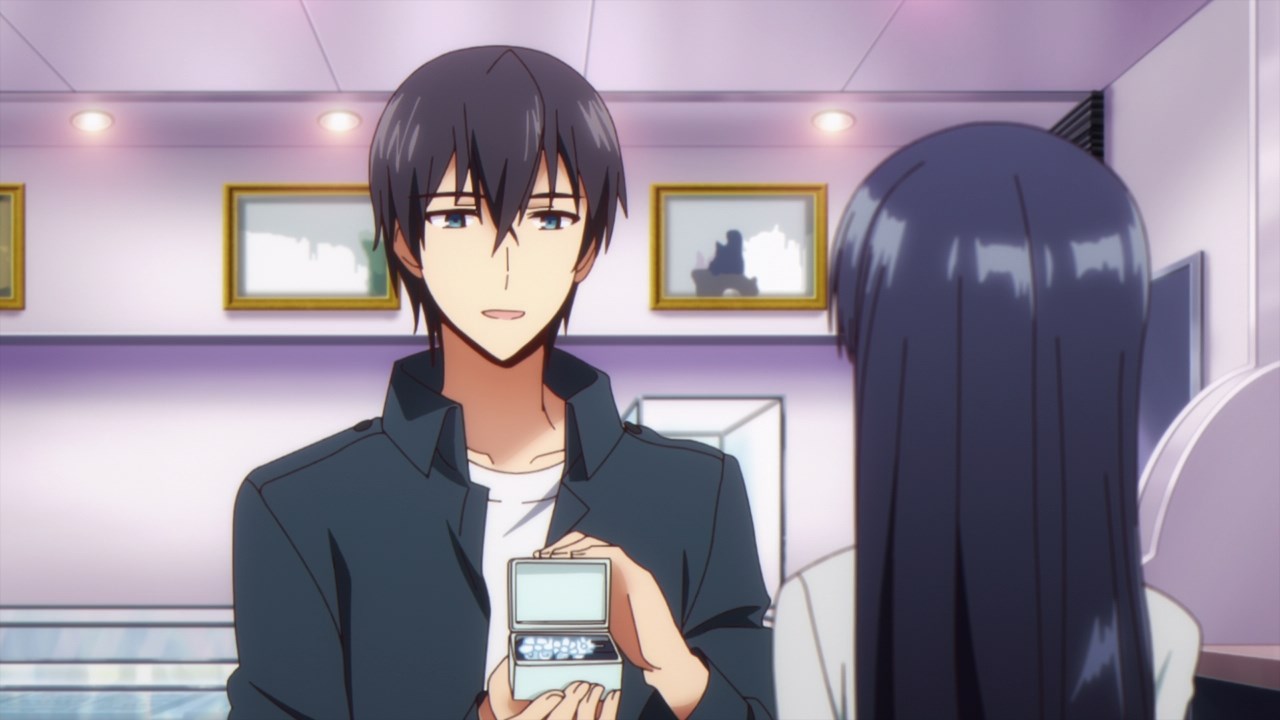 Anyways, I forgot to mention that it’s Miyuki Shiba’s birthday on this episode as Tatsuya Shiba gave his sister a lovely present: A snowflake hair ornament which is very fitting for Miyuki. 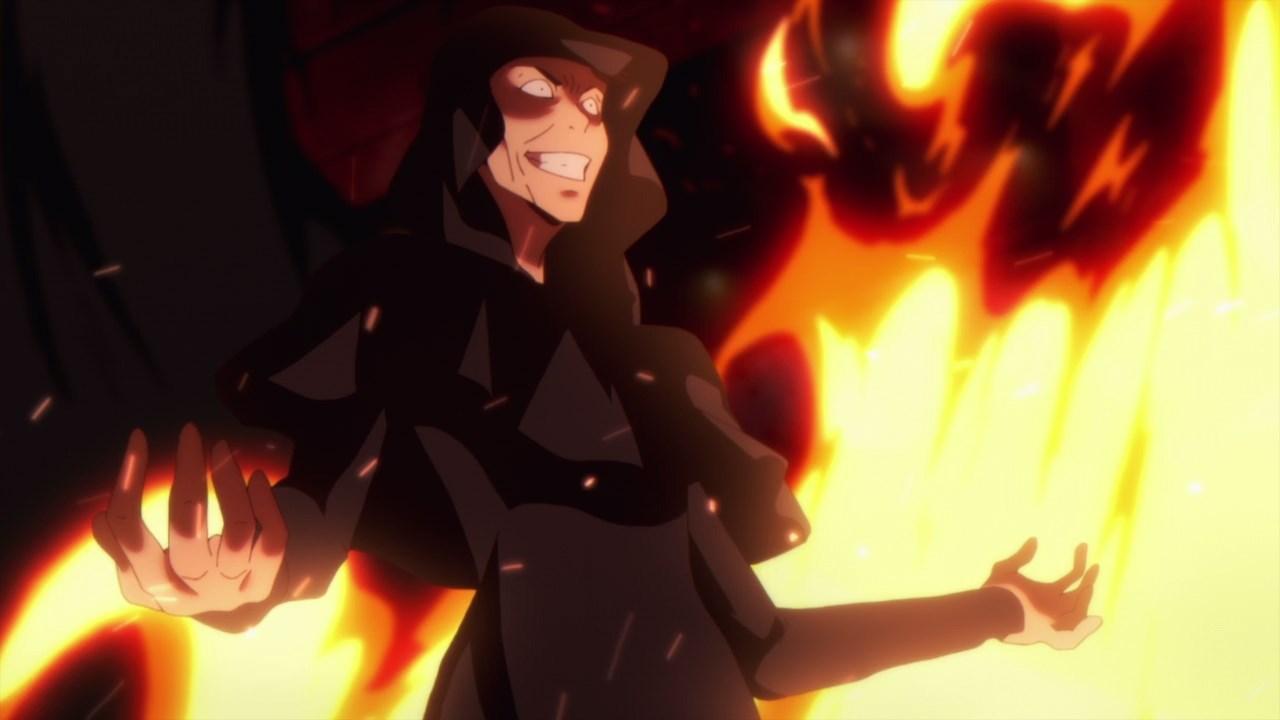 Unfortunately, their bonding between sibling was interrupted by a terrorist attack. And by the way, this deranged magician belonged to Blanche in which the organization will be very important in the first story arc. 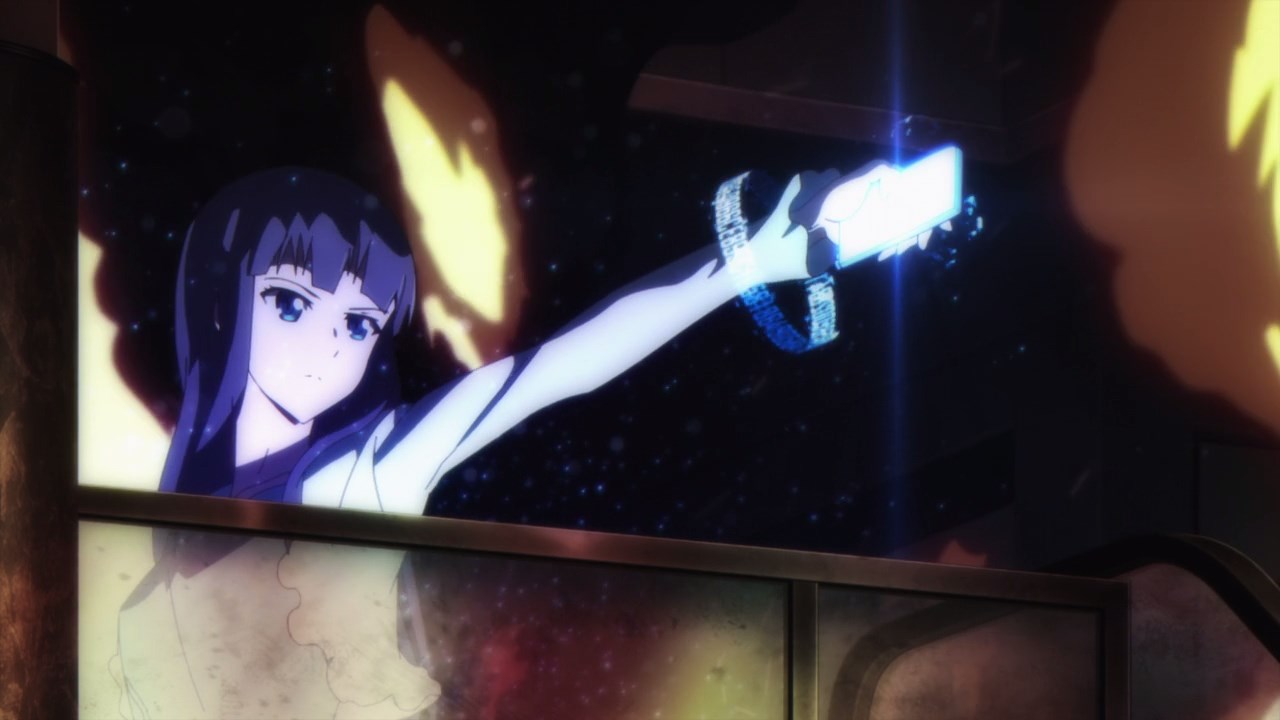 Anyways, here’s Miyuki Shiba where she used her ice magic to extinguish the flames inside the Bay Hills Tower Mall. 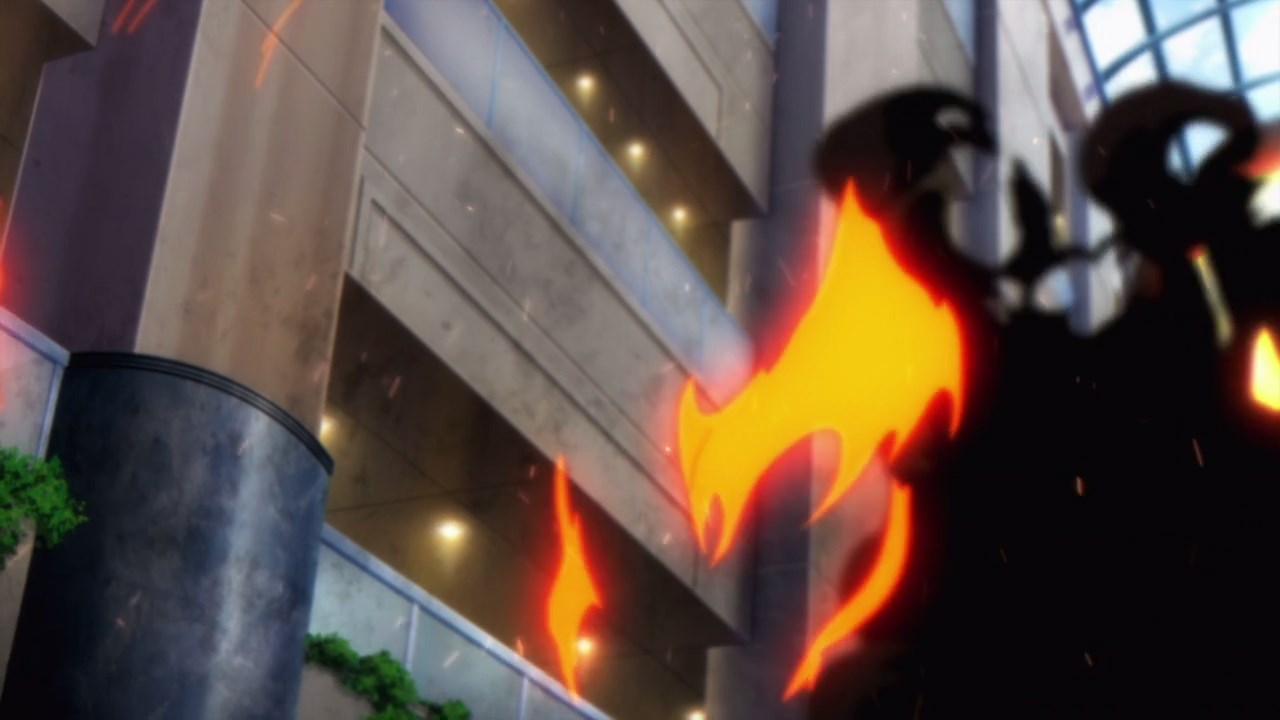 And as you can see, the fire is finally extinguished. Then again, the terrorist is still at large so it’s up to Tatsuya Shiba on apprehending him. 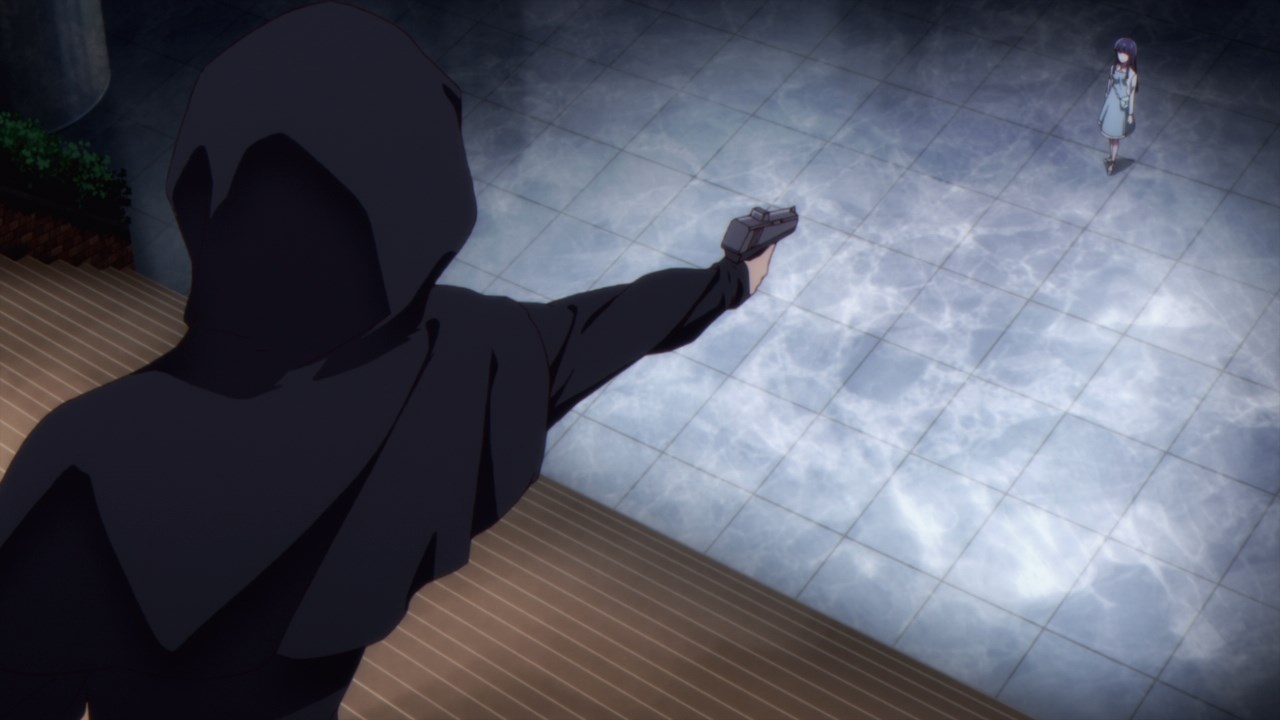 On second thought, looks like Miyuki decides to stop the terrorist by herself, although I think Tatsuya will take care of it since he’s following Maya Yotsuba’s orders. 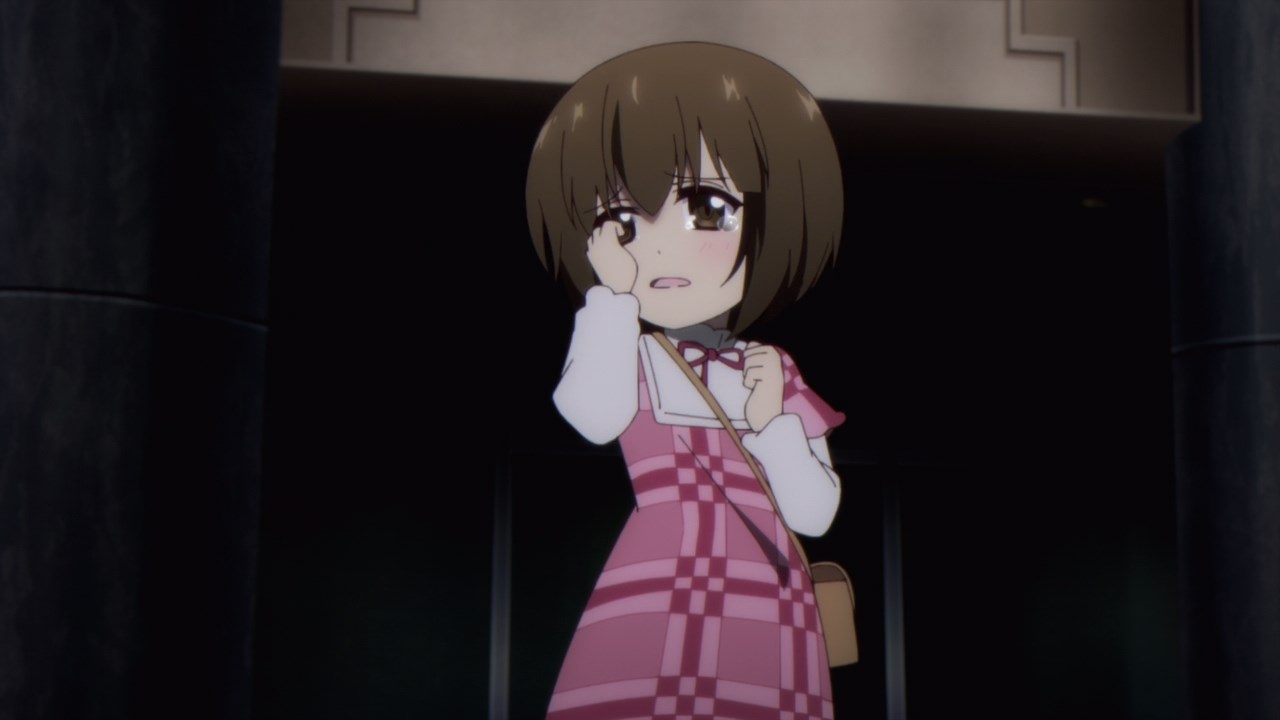 But it gets worse when a child wandered around the mall, looking for her mother. Man, I have a feeling that the terrorist might harm this child. 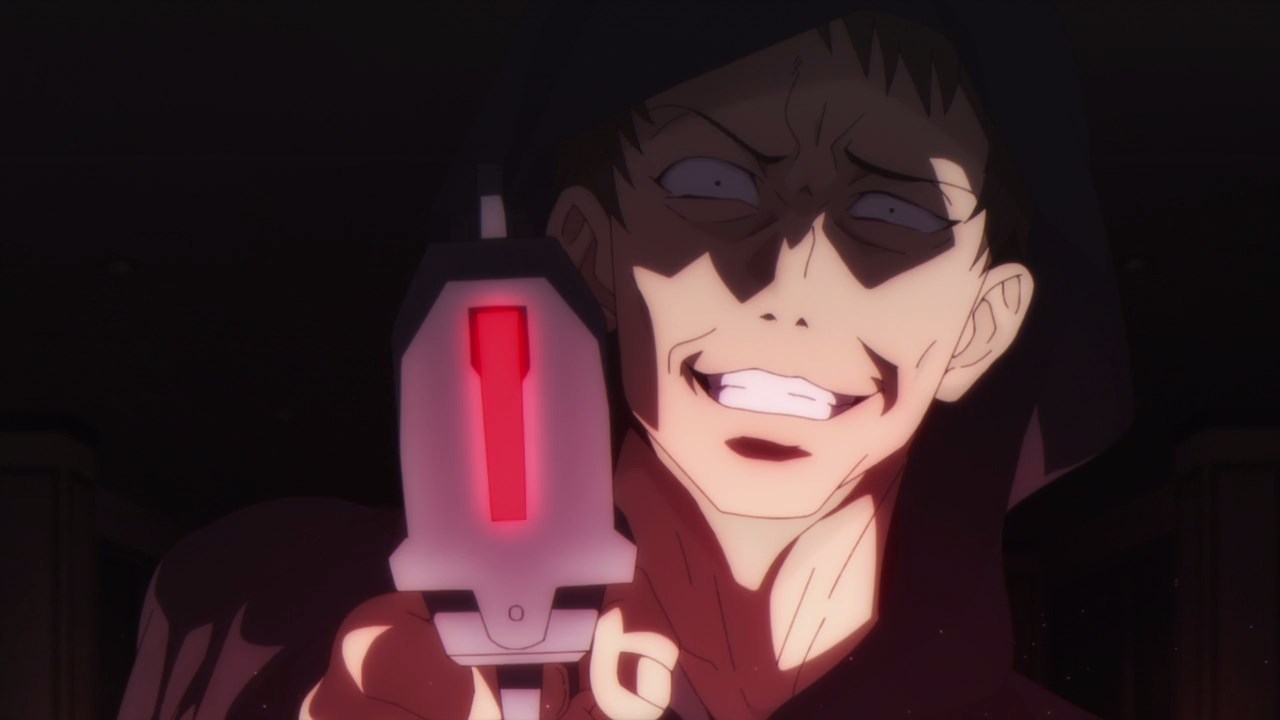 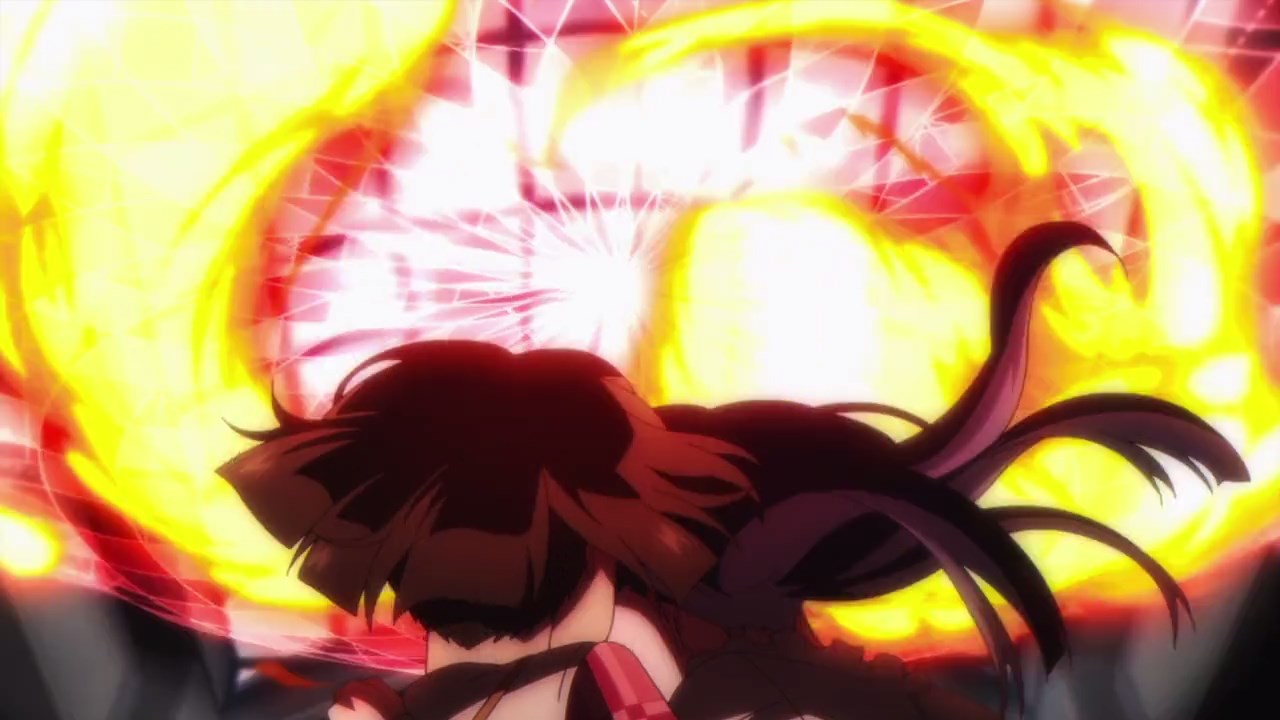 With that said, Miyuki Shiba protects the child as the terrorist used his fire magic to burn them, although she managed to use her ice magic to nullify most of the fire. 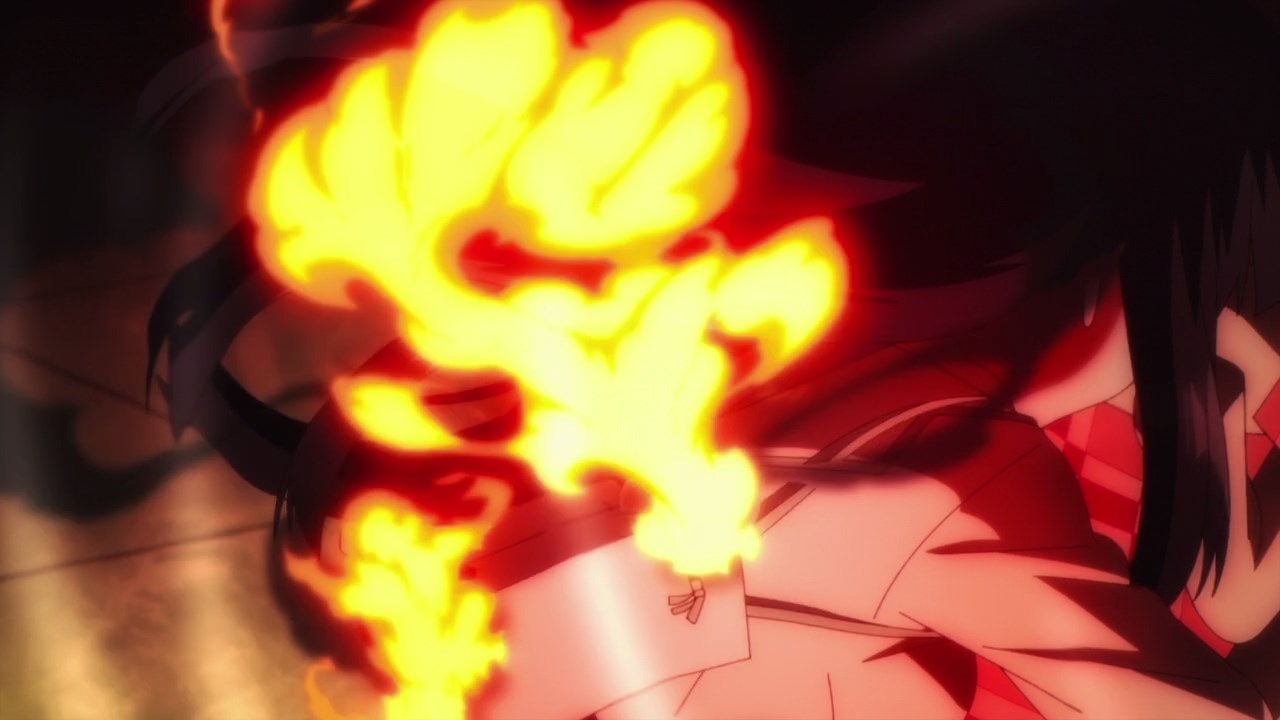 Sadly for Miyuki, it appears that her gift from her dear brother got caught in a fire. Oh boy, her precious birthday gift is ruined! 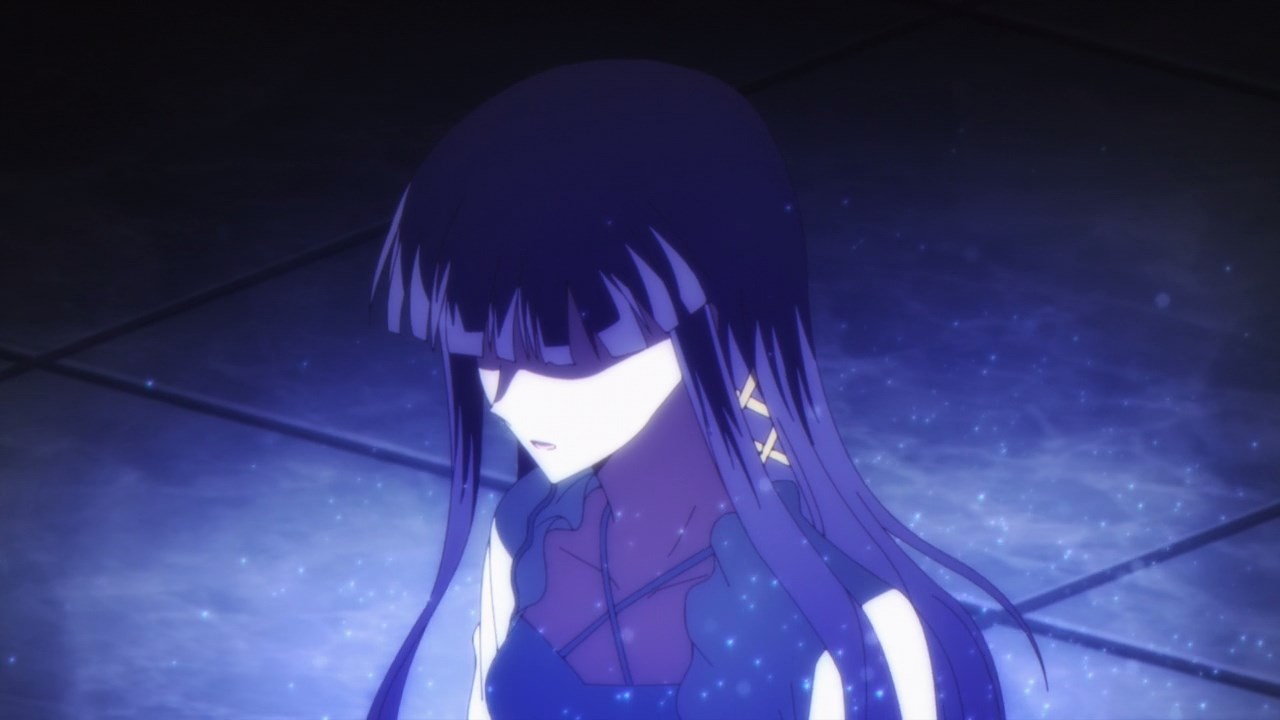 But anyways, Miyuki Shiba will punish the terrorist for destroying her birthday present, using Cocytus no less. 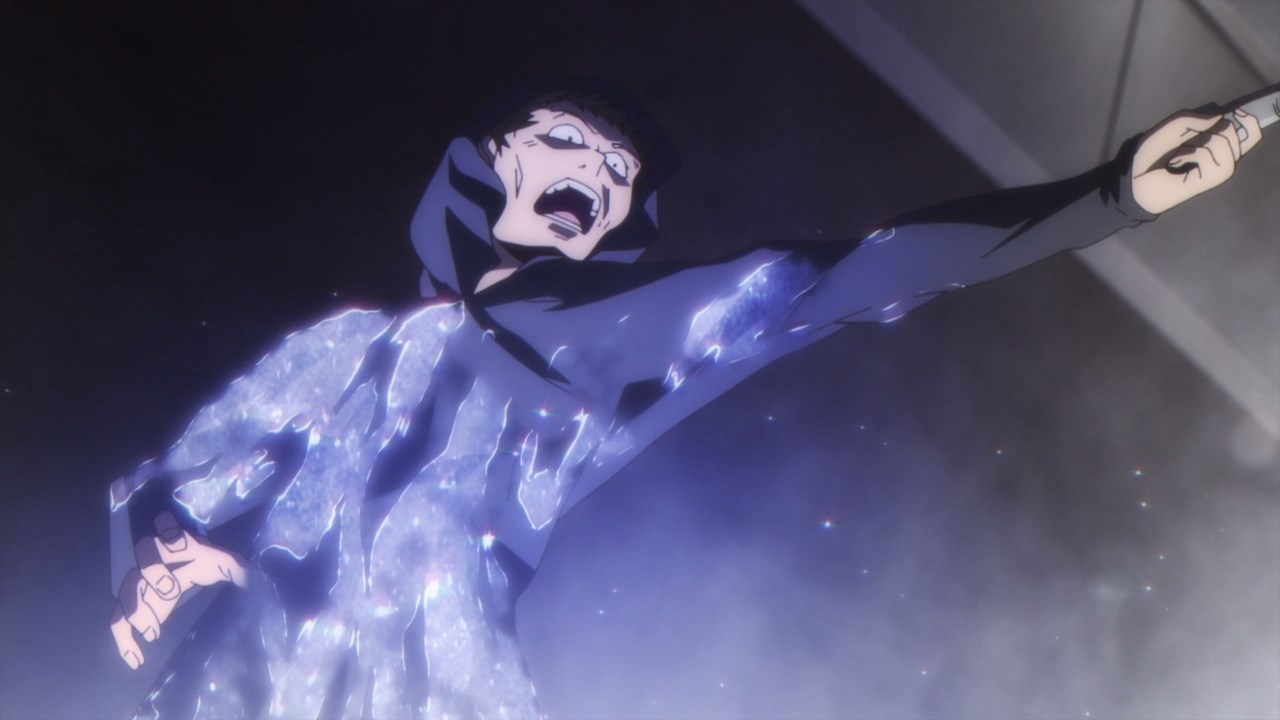 And as for this terrorist? He’s history as the terrorist is finally incapacitated thanks to Miyuki’s magic.

I guess Tatsuya won’t have to deal with this terrorist anymore, although he needs to protect his sister at all costs because some organizations are very interested in her magic. 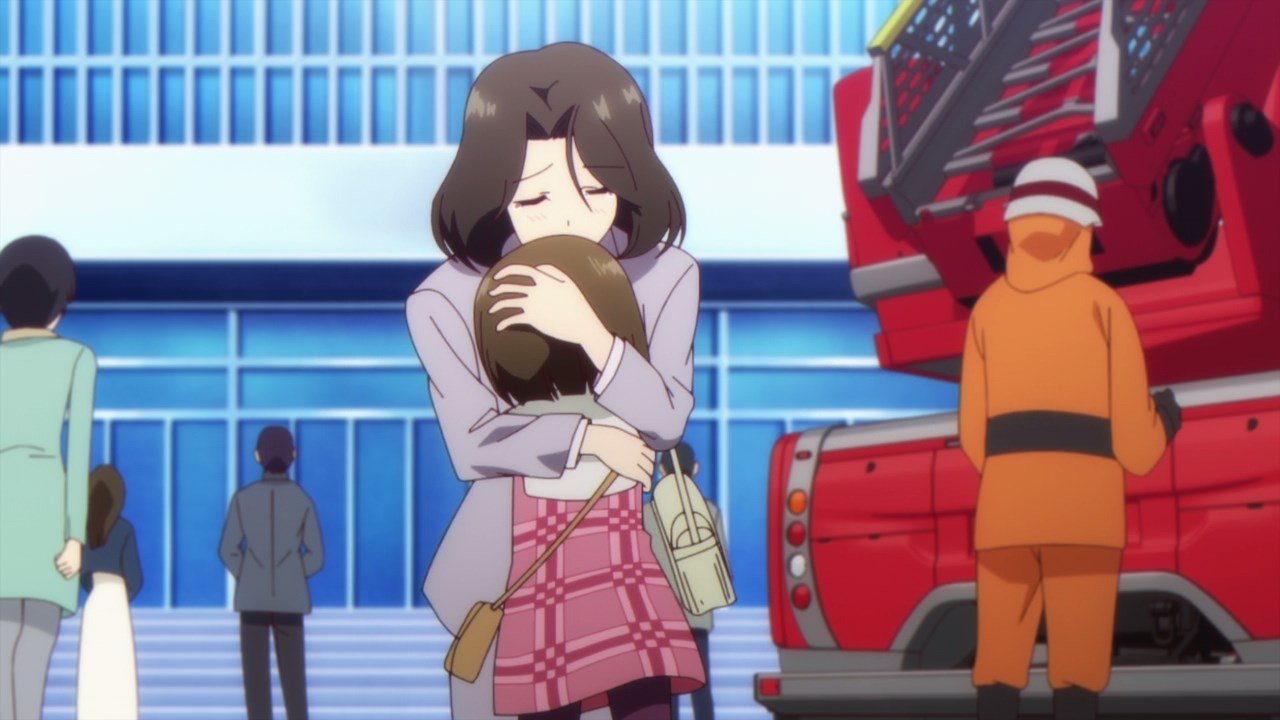 And so, the terrorist threat has finally thwarted. As you can see, this child is finally reunited with her mother.

Sadly for Miyuki Shiba, she won’t get any presents from her dear brother. 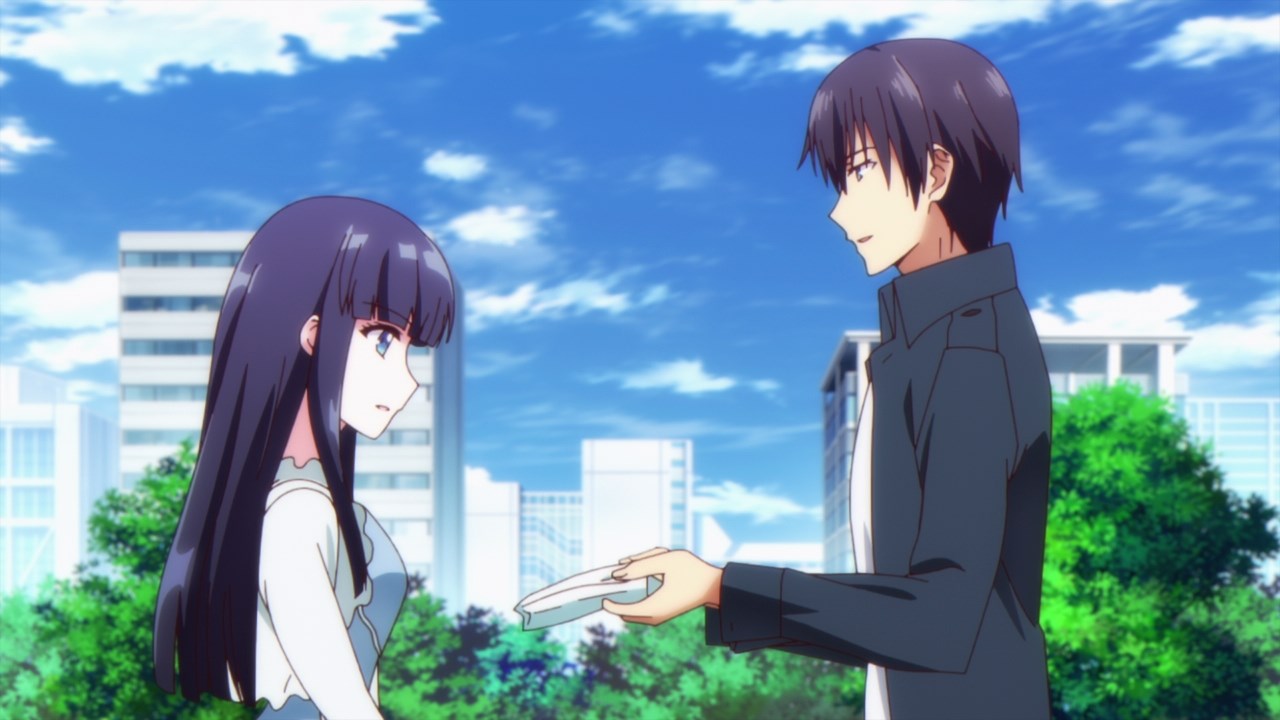 Well that’s until Tatsuya bought a spare hairclip in case the first one is ruined. Then again, I bet that he reconstruct it using his magic powers.

But that’s about it for the first episode of Mahouka Koukou no Yuutousei. While I have to say that there’s subtle changes when it comes to the animation, I can’t wait to see Miyuki’s story as I’ll see you next time!