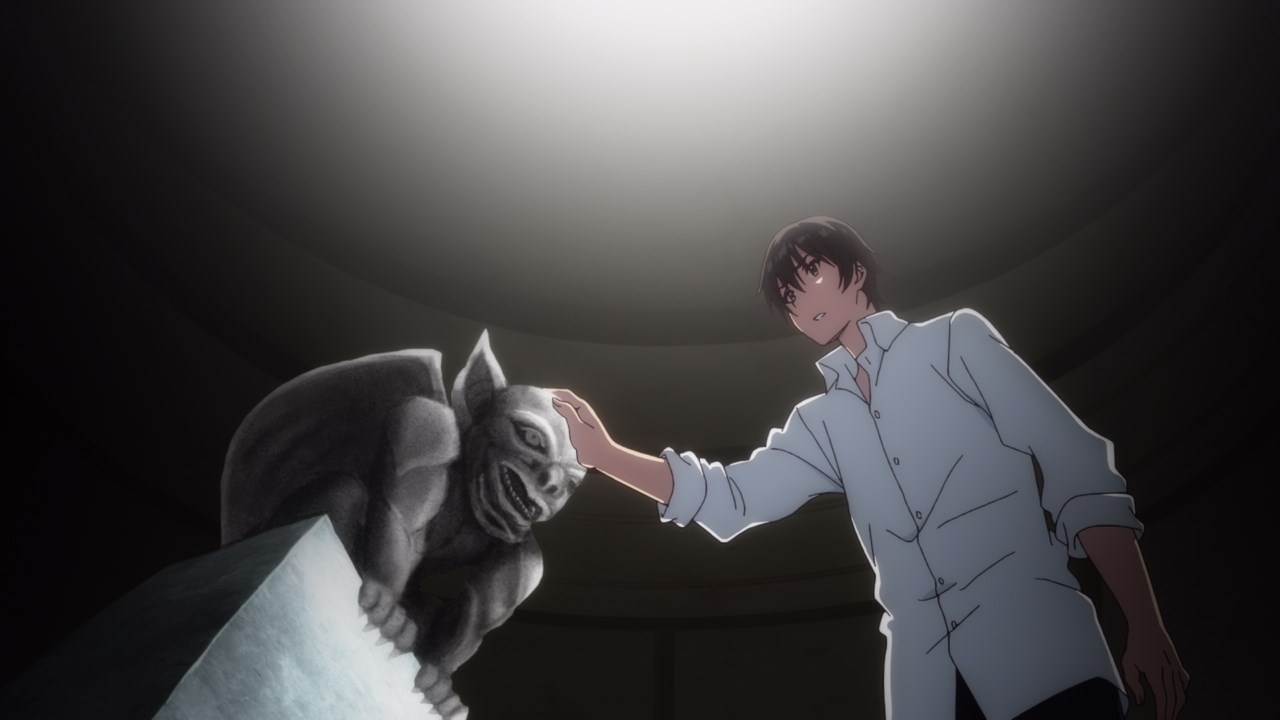 Well everyone, here’s Kazuya Souma where the hero/king is currently touching a lion statue to see if he has magic powers. Of course, I’m worried that he might get executed if Kazuya doesn’t have magic. 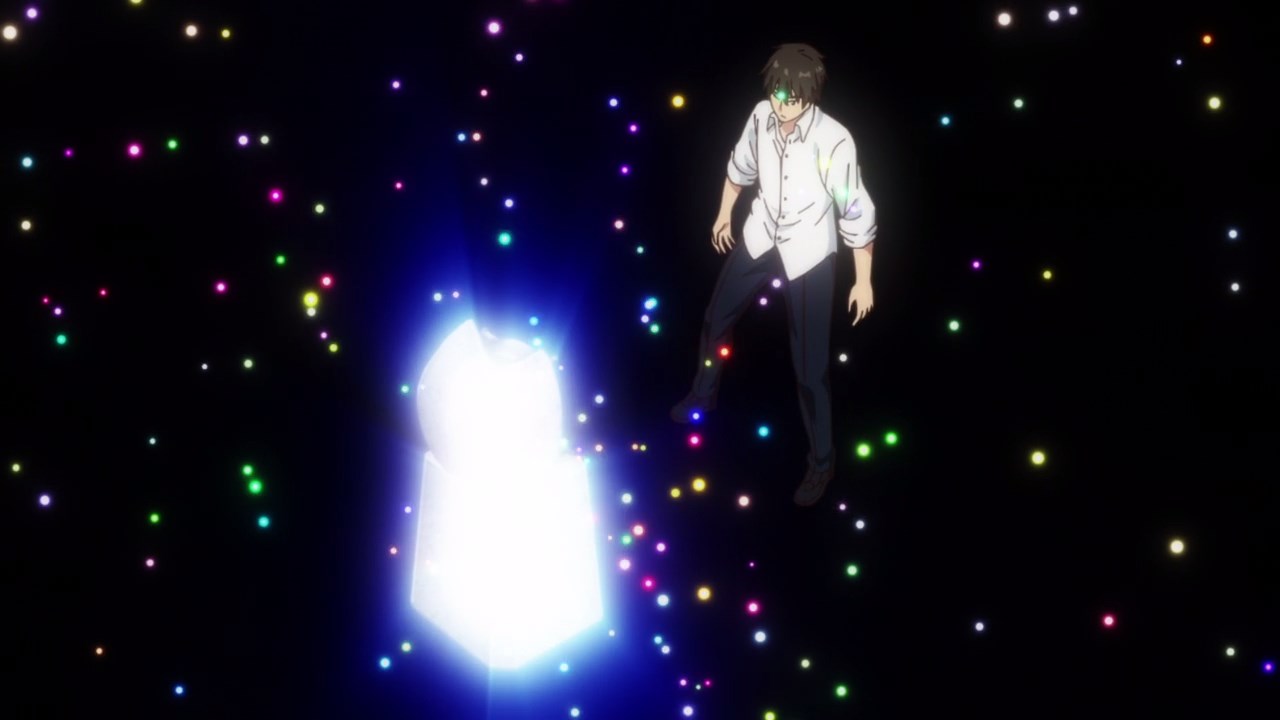 However, it appears that magic is strangely flowing into his body upon touching the statue.

With that said, looks like the new hero can finally use magic, but I wonder what kind of magic does Souma do to save the Kingdom of Elfrieden from bankruptcy? 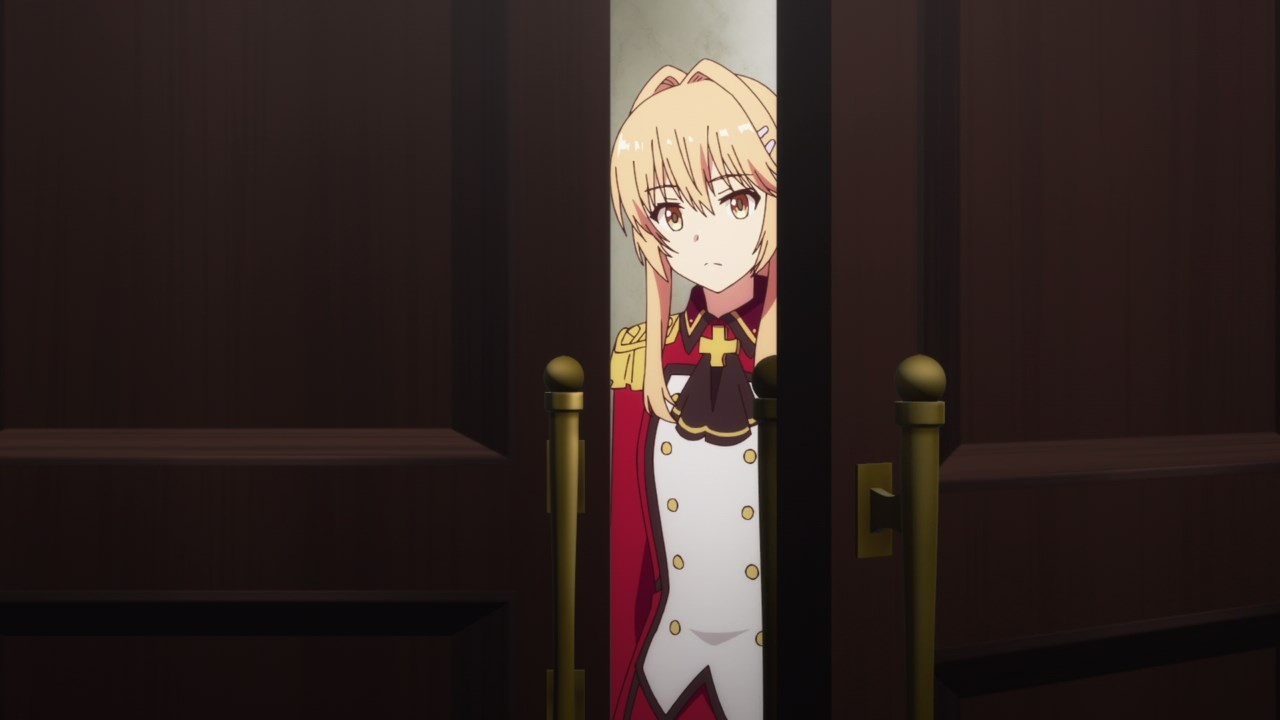 Now then, here’s Liscia Elfrieden where she’s now the queen of the kingdom even though Kazuya is not married to her just yet. 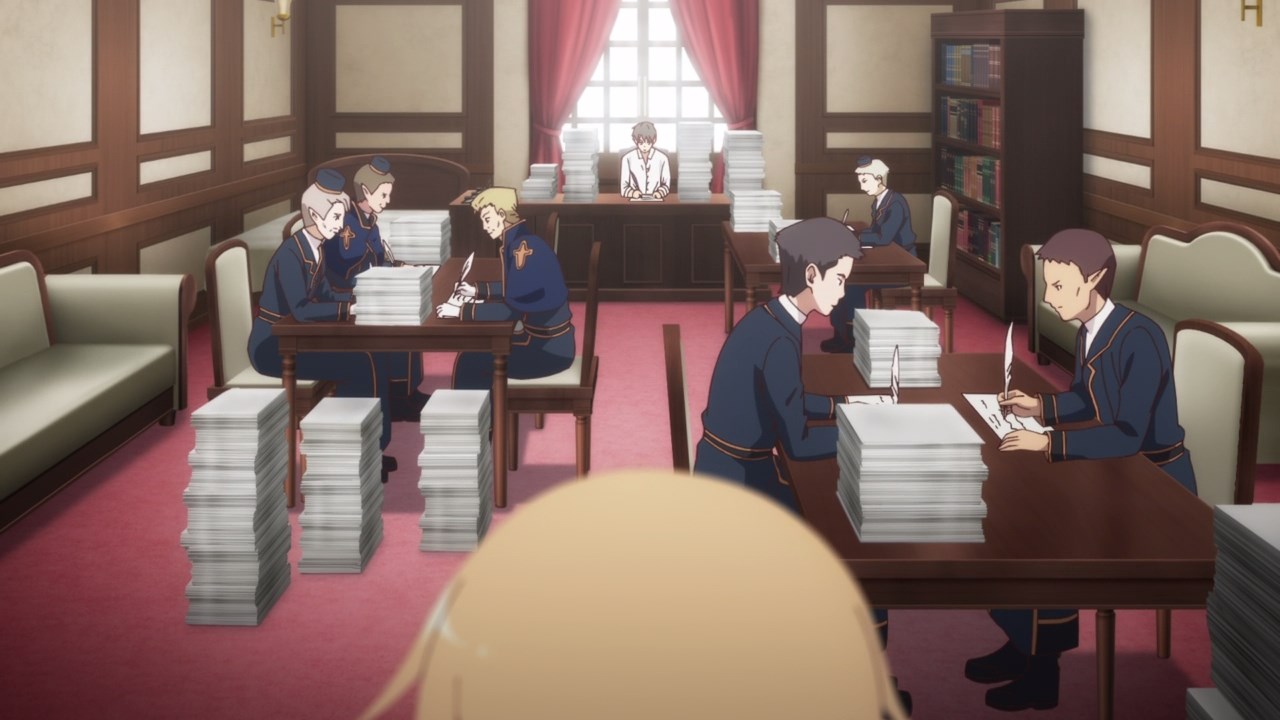 And speaking of Kazuya Souma, he’s still signing papers but fortunately, he got some help from various people within the kingdom. 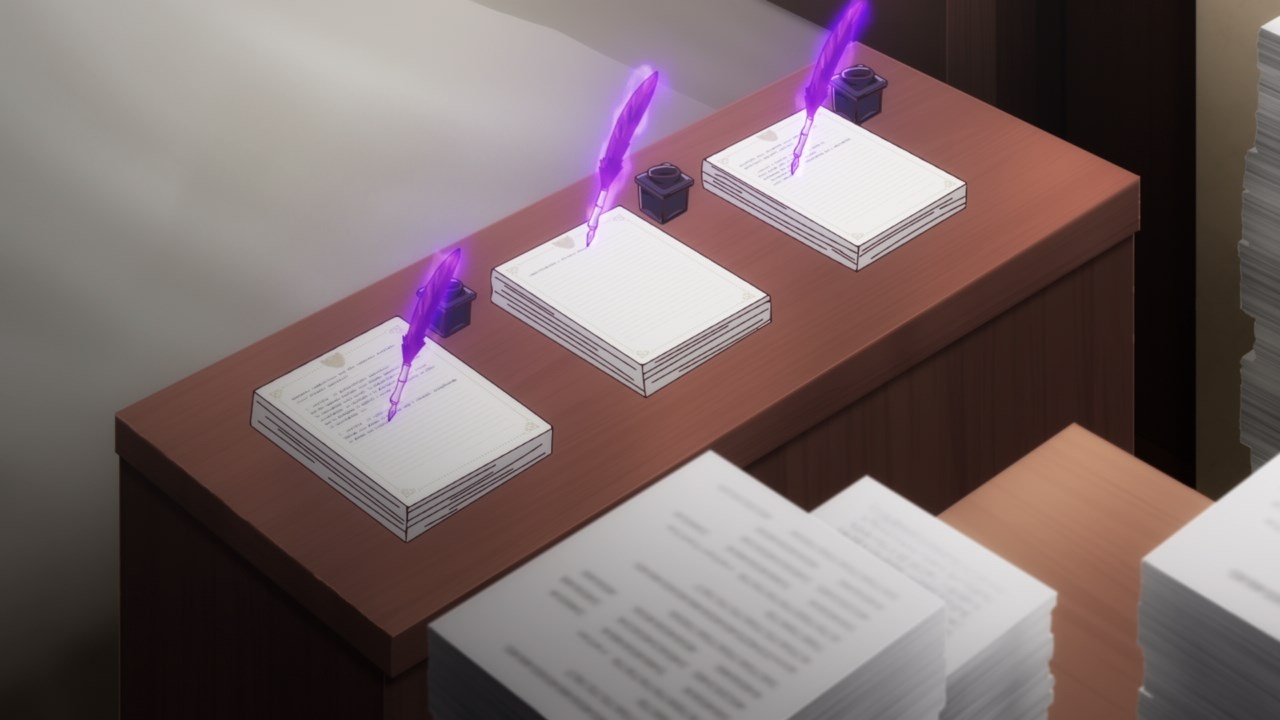 Aside from having a staff, Souma shows off his magic in which he can control 3 pens at once. Man, I thought that Kazuya learned some offensive magic spells. 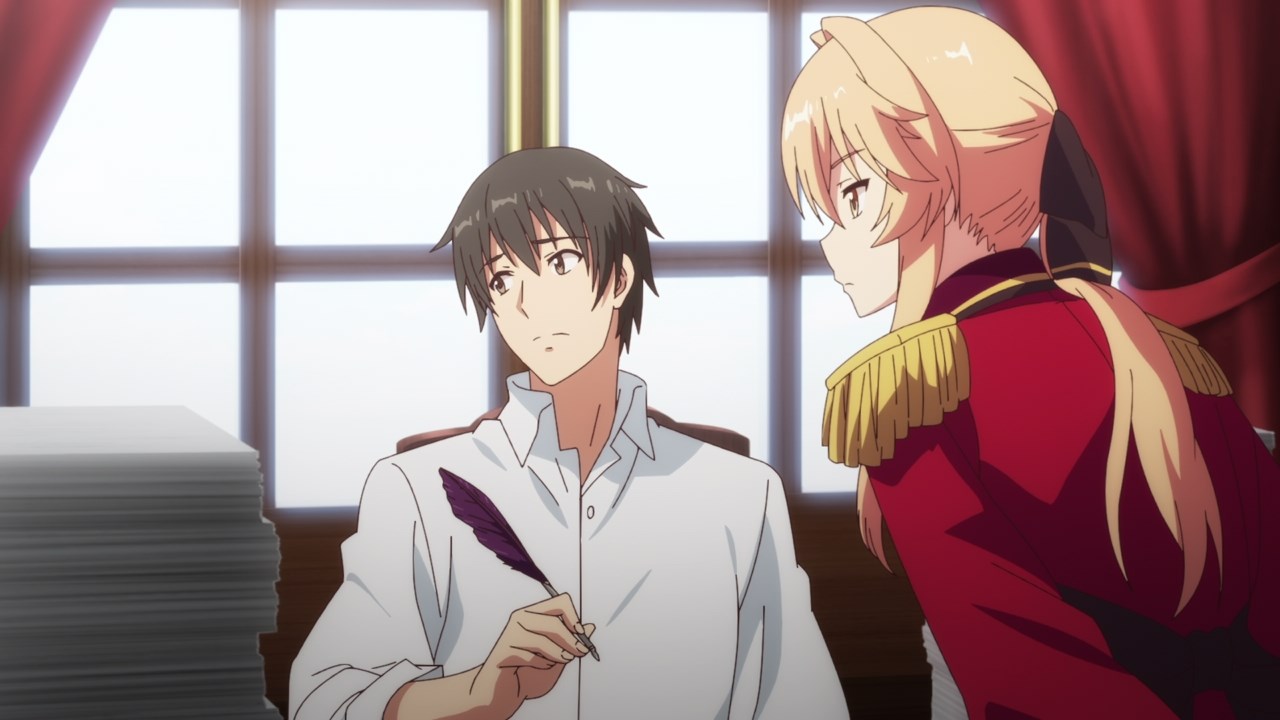 Anyways, he called his magic as “Living Poltergeists” and it’s useful for delegating the paperwork towards his shadows, although Kazuya can only control 3 ghosts at a time where he needs to be close as them. 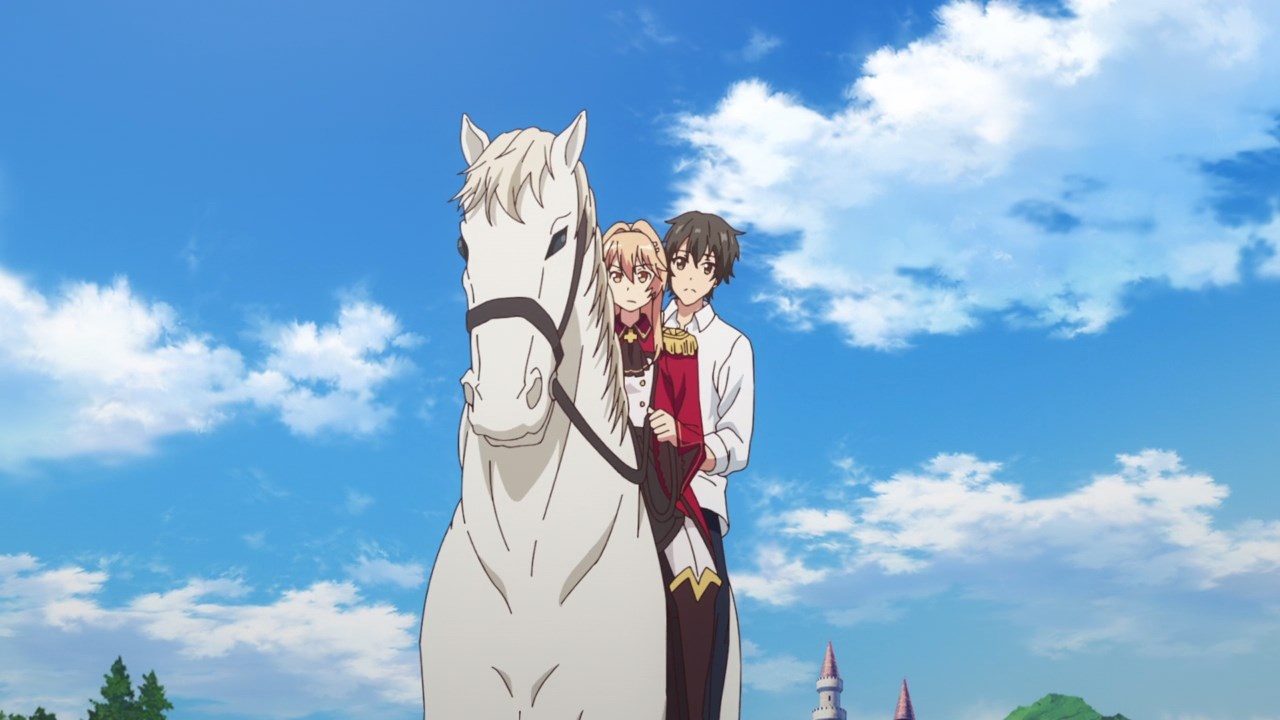 Now then, it’s time for Kazuya Souma to head outside where he’s riding a horse together with Liscia Elfrieden.

Speaking of Liscia, when she asks Kazuya if he has someone waiting for him in his original world, Souma told her that he has no living relatives as his grandfather passed away recently. It’s really unfortunate that Kazuya Souma is living all alone in his original world. 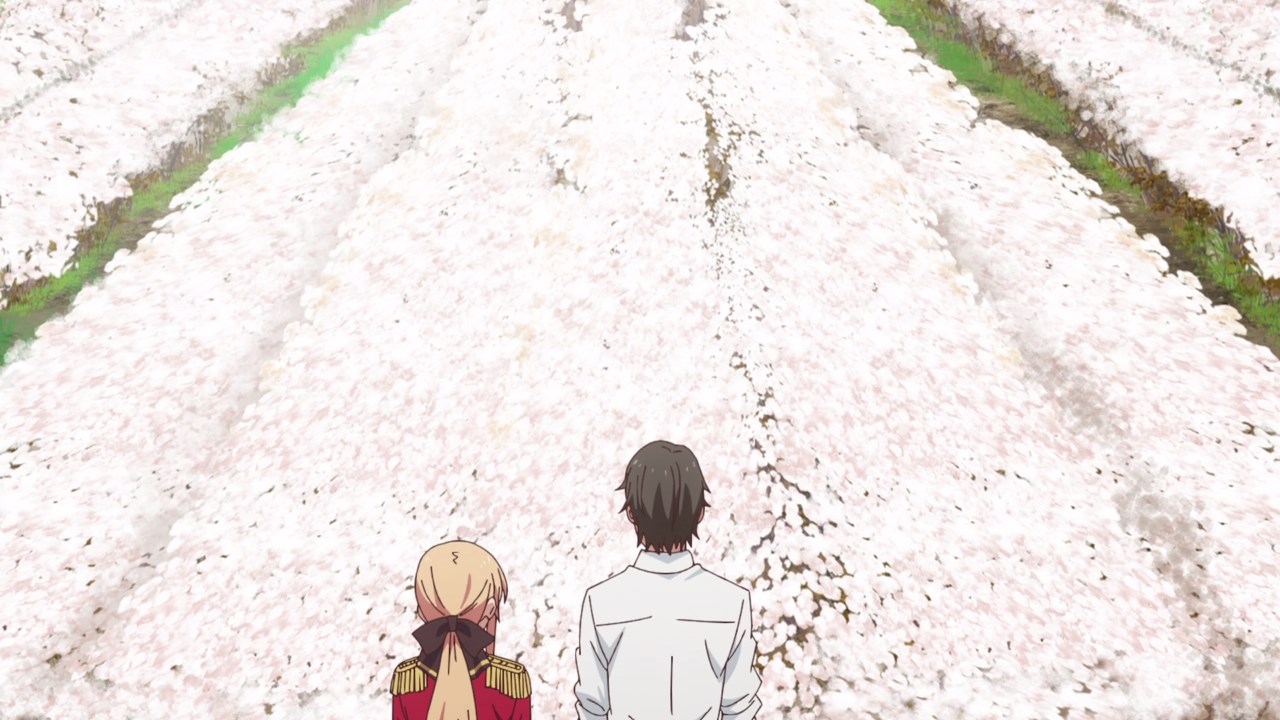 With that said, they arrived at the cotton field where Kazuya explained that the reason for the food shortages is because most of the farmers within the kingdom are growing cotton for export.

While selling cotton to various countries would work during peacetime, cotton is pretty much useless when Landia is being ravaged by demons. Sure that they can make some clothes out of it, but what the kingdom needs is a self-sufficient supply of edible crops like soybeans and potatoes.

Anyways, I’m hoping that Kazuya Souma would do something to replace cotton with some edible crops and while it’ll take some time, it’s better than importing foods from neighboring countries. 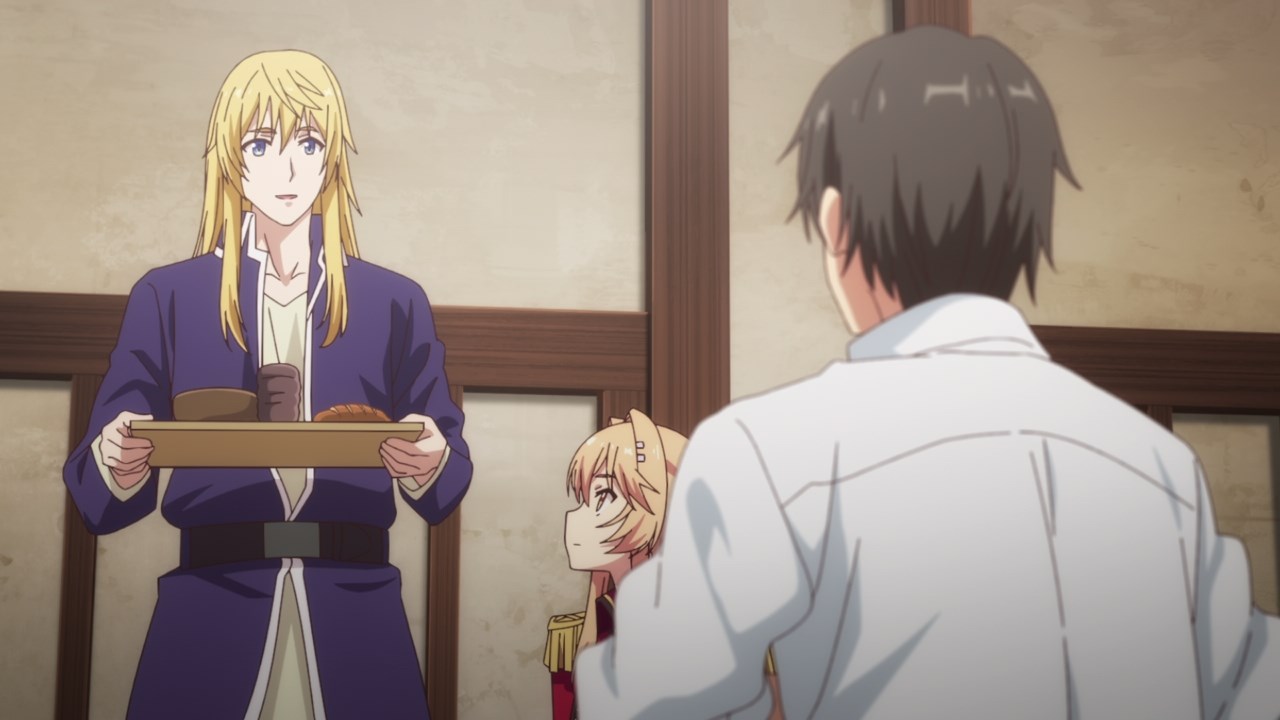 Meanwhile, we have some new characters introduced like Ludwin Arcs, the captain of the Royal Guard where he’s very interested on what the new king is capable of. 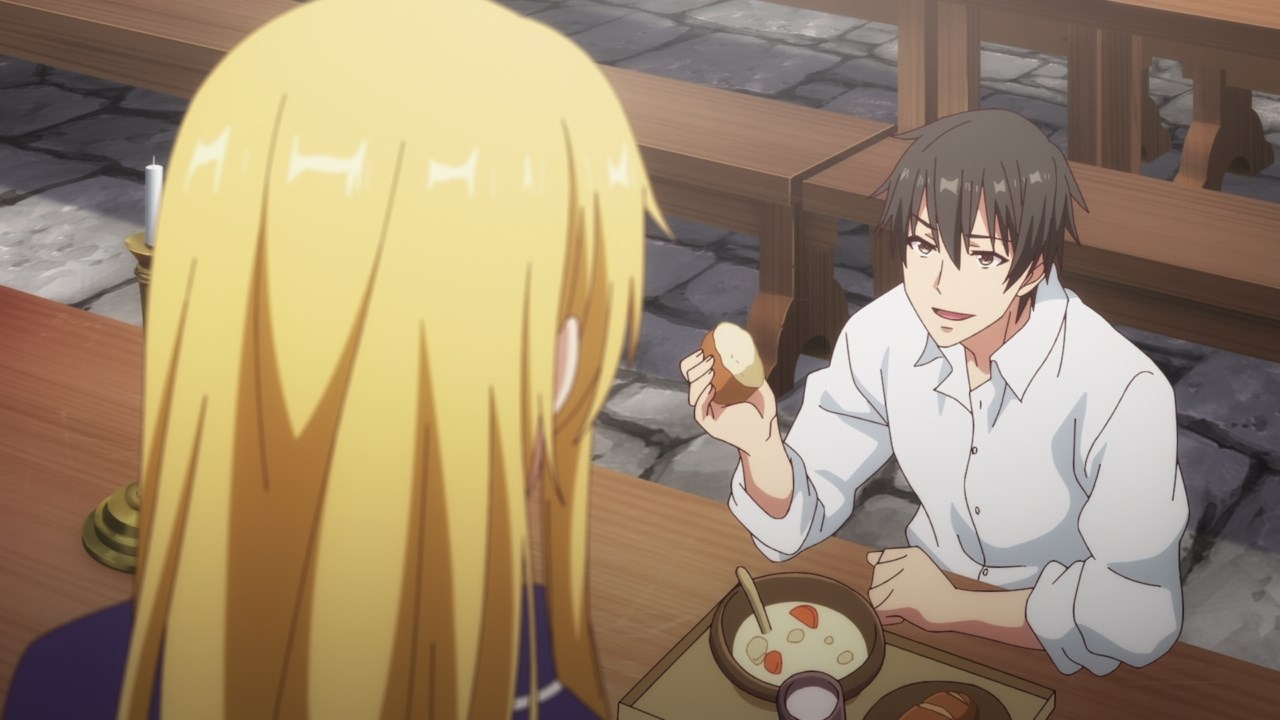 Speaking of the new king, Kazuya Souma is very concerned that there’s no capable people who can handle the various reforms that he proposed.

And while there are a senior officials within the kingdom, most of them are lazy that they might do worse. Heck, I bet that some of these people are the ones who brought the Kingdom of Elfrieden down. 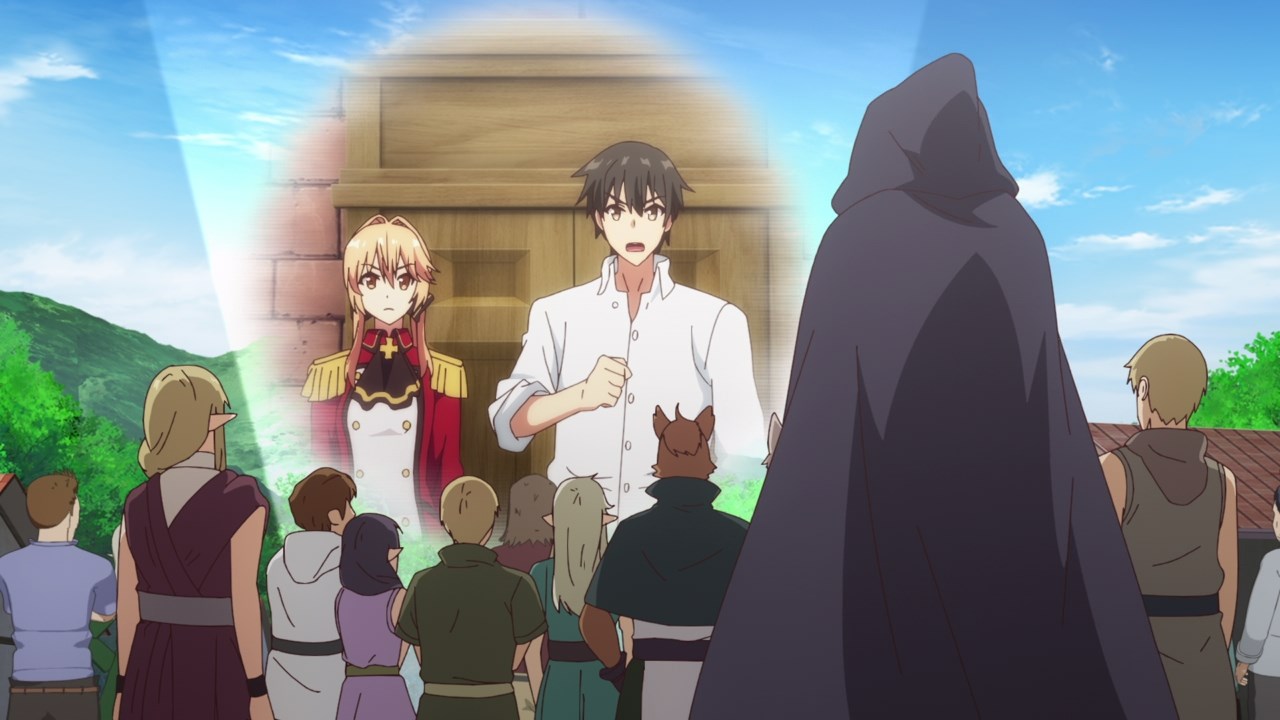 For that, Kazuya decides that it’s time to bring in some new blood as he announced a nationwide search of talent across the kingdom, regardless on whether they’re literate or not for as long as they can show what they’re capable of. 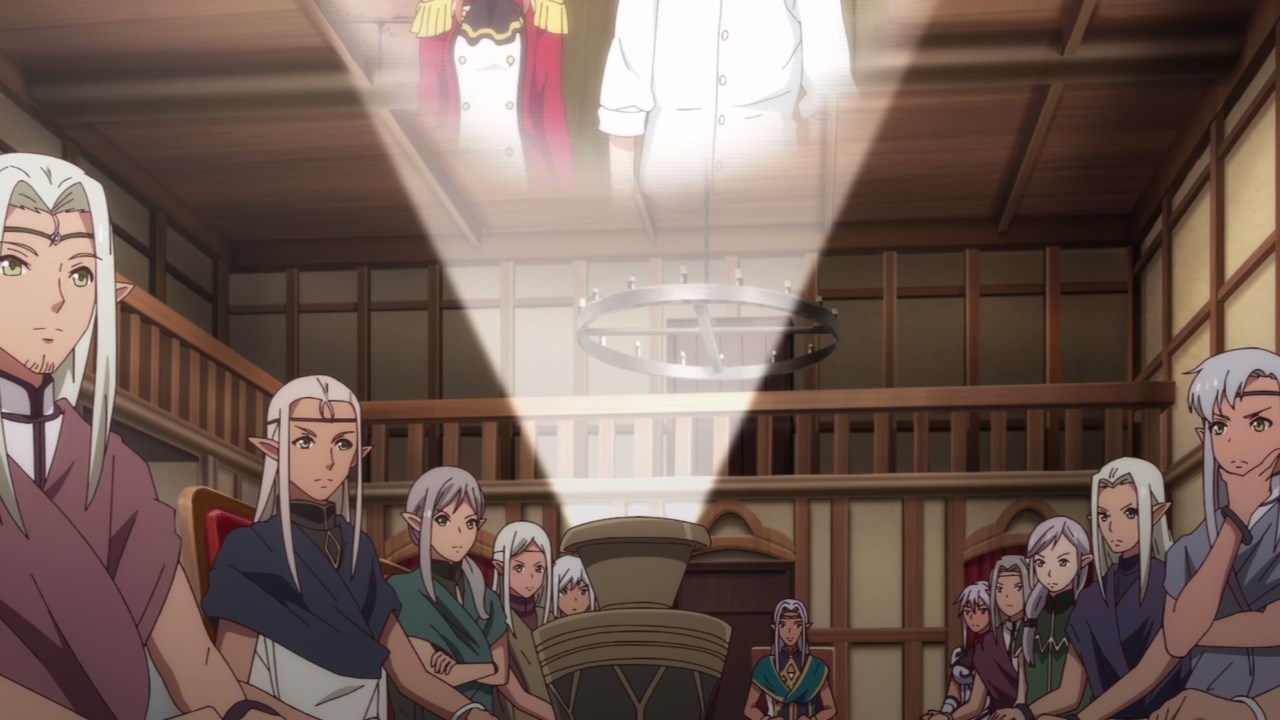 And while it’s really a bold decision from the new king, I’m hoping that Souma’s initiative would find some people with hidden talent no matter where they came from. 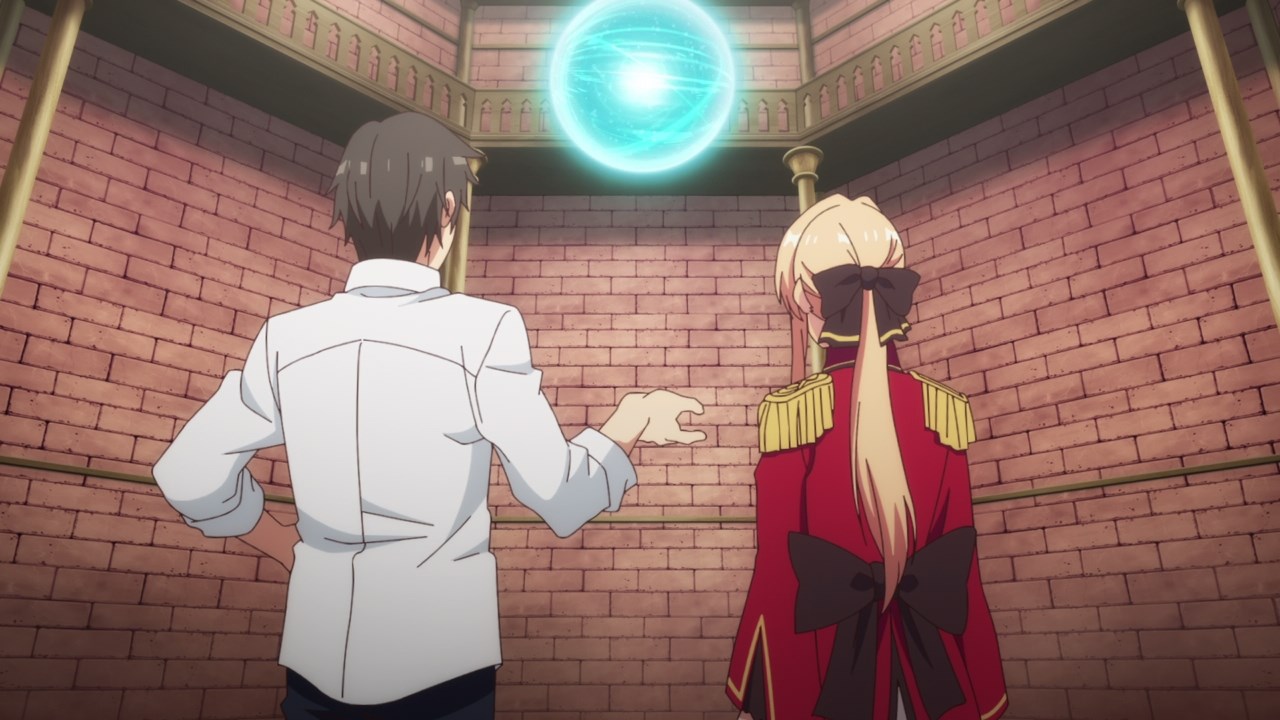 For now, the only thing that Souma can do is wait for potential candidates. C’mon, his reforms is gaining some steam so what he needs now is some capable hands.

Anyways, tune in next time to find out who took Kazuya’s invitation.