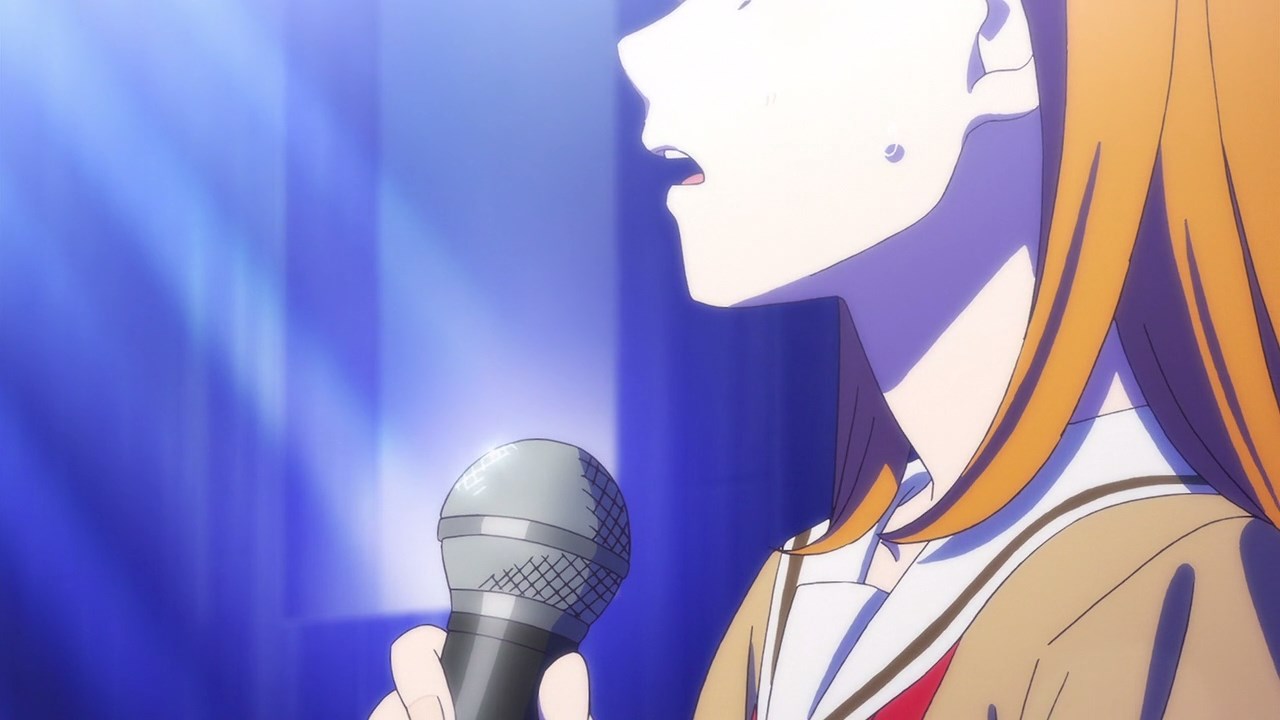 Let’s start with a girl where she went to an audition… and failed as she has a stage fright. It’s very sad that the latest entry to the Love Live! series begins with sad flashback. 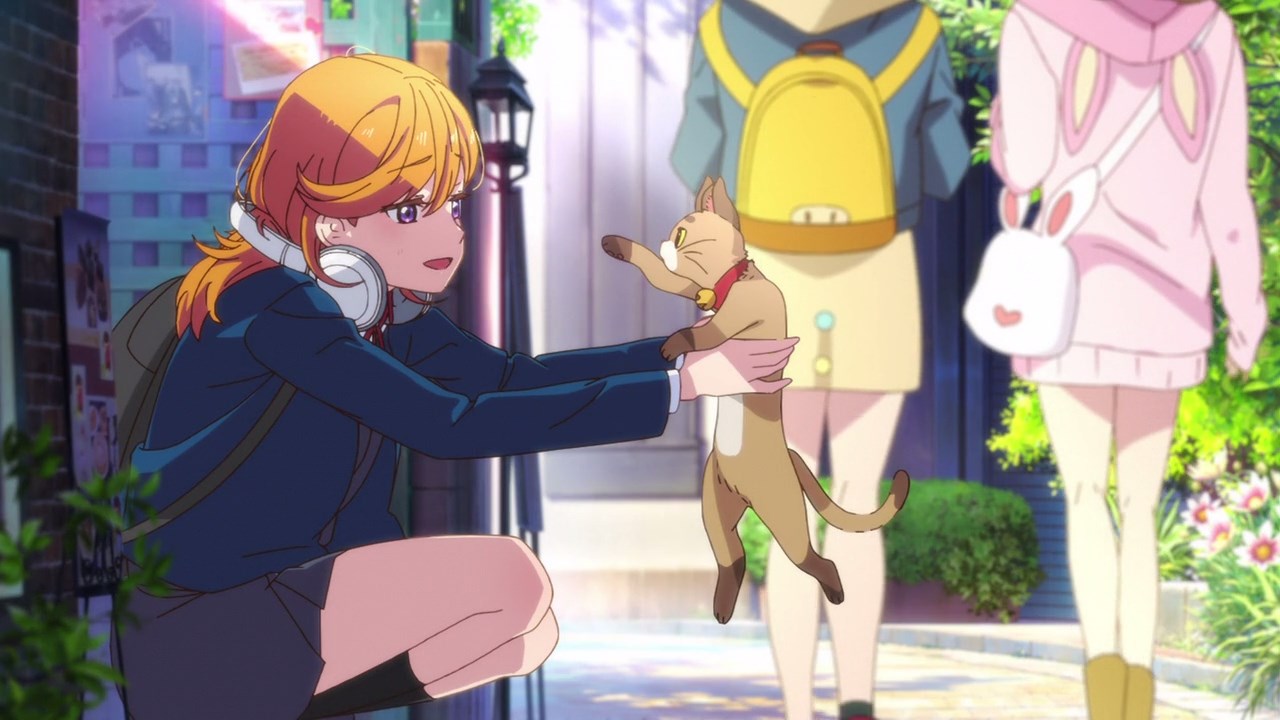 Anyways, that girl is named Kanon Shibuya where she’s now attending to Yuigaoka Girls’ Academy, a school located in Shibuya that was reopened after being closed for a long time.

But as for Kanon, she’s not gonna join any club as she doesn’t have the confidence to give her all, especially when it comes to singing. 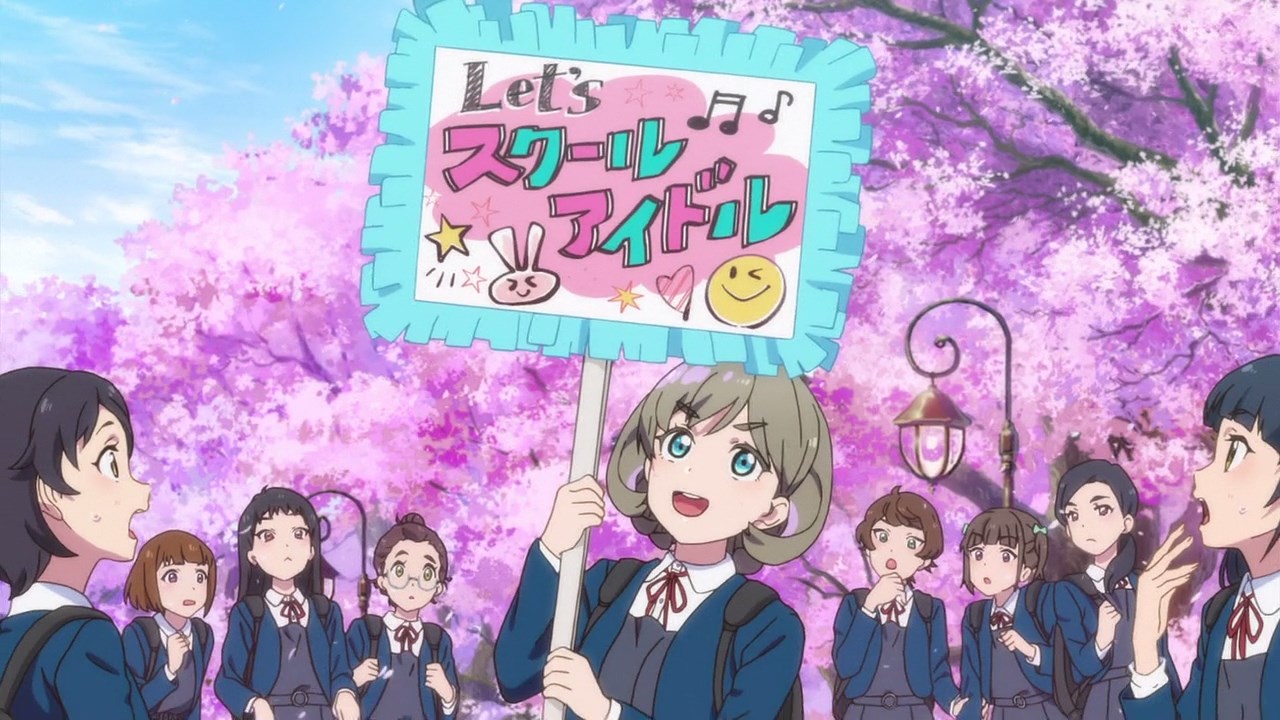 That’s until Keke Tang decides to create a school idol club at Yuigaoka Girls’ Academy as she’s inspired by legendary school idol groups like µ’s and Aqours. Now I know the reason why Keke decides to move from China.

Still, I can’t believe that the main character is not the one who wants to create a school idol club, although Kanon is not interested on joining the school idol club because of her stage fright. 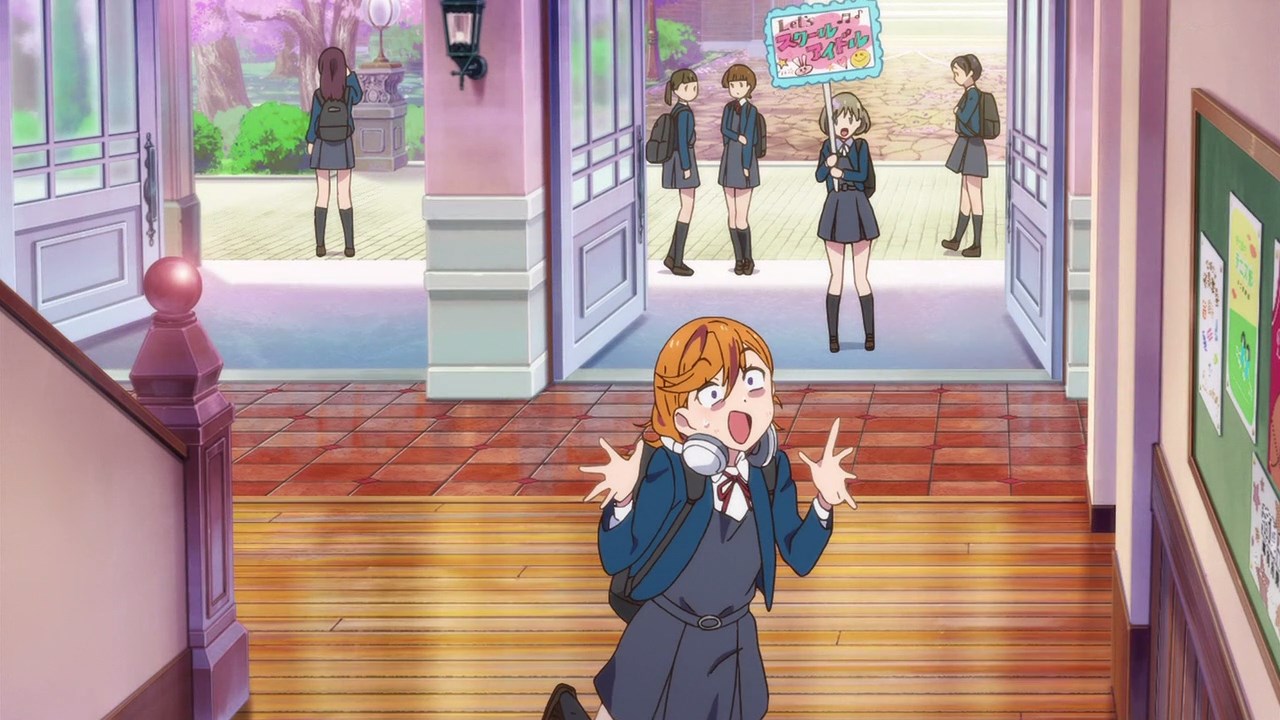 Unfortunately for Shibuya, Tang wants to recruit her simply because she has an amazing voice. In fact Keke heard Kanon’s voice on her way to school. 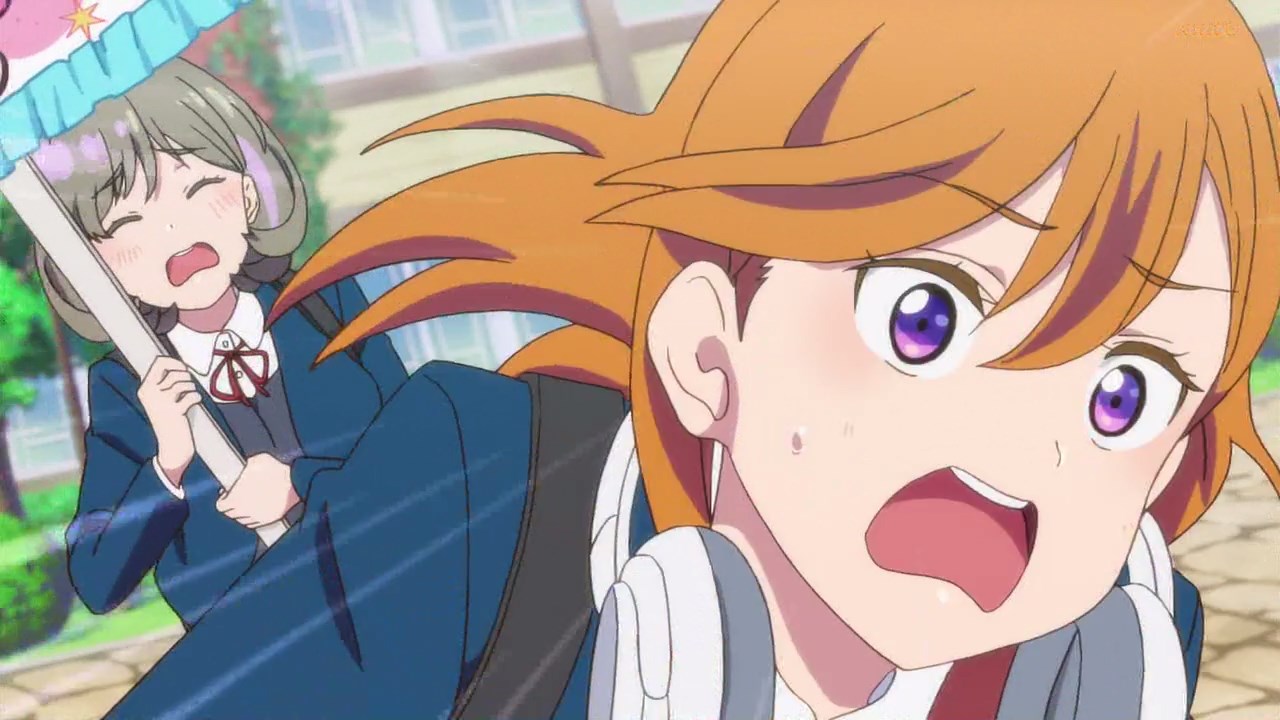 But still, Kanon Shibuya refused Keke Tang’s offer as she runs away. You know something, I love these funny moments in Love Live!, especially when it happened in the first episode. 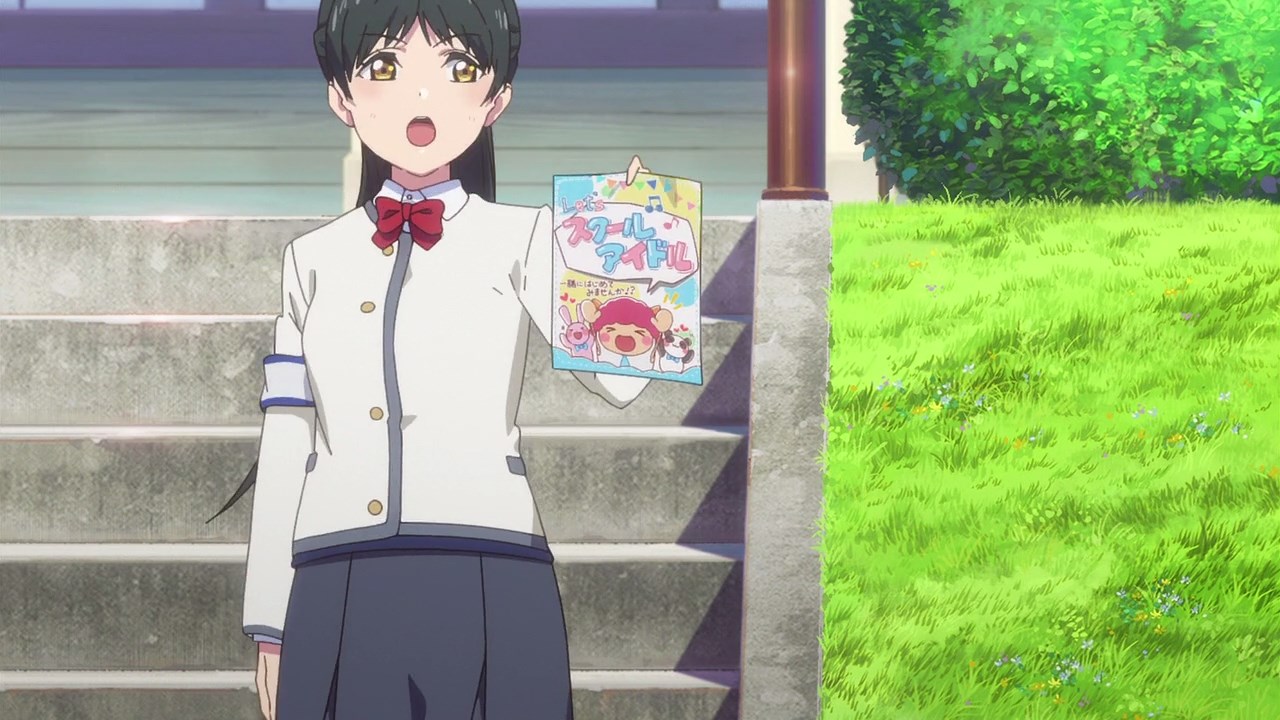 Sadly, the chase has ended when Ren Hazuki appeared as she told both Kanon and Keke that recruiting members is strictly prohibited, especially when they don’t have a registered club in Yuigaoka. 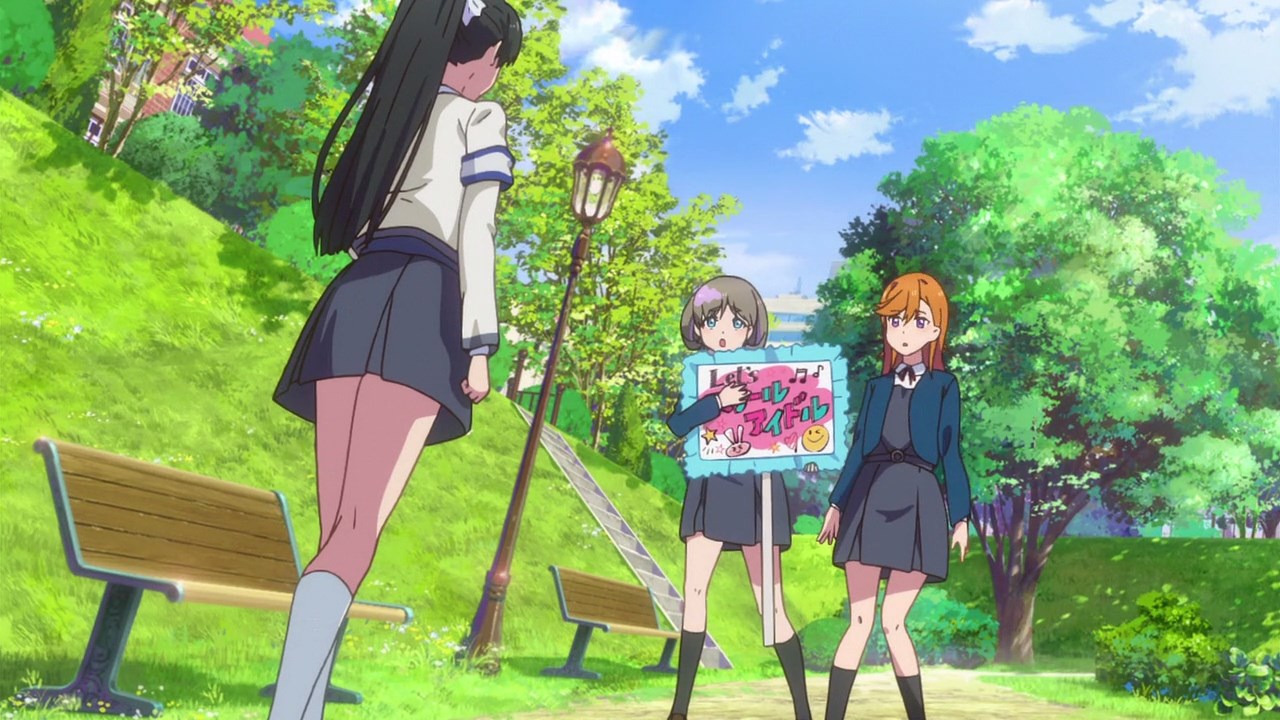 But you know something, I feel that Hazuki doesn’t like school idols, hence she tries to shut both Shibuya and Tang down. Then again, Kanon is not involved in Keke’s schemes in the first place. 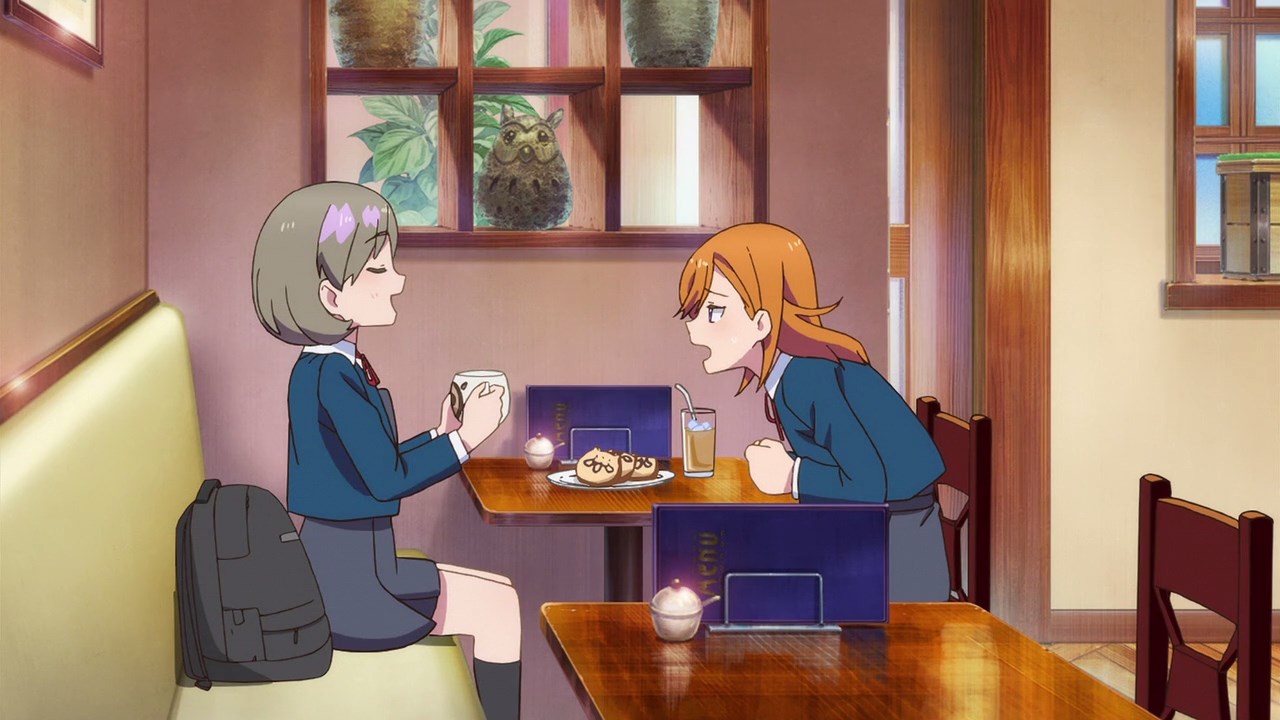 Now then, Kanon invites Keke to her house where it’s also a family-owned café. Of course, Kanon won’t join the club because of her stage fright. 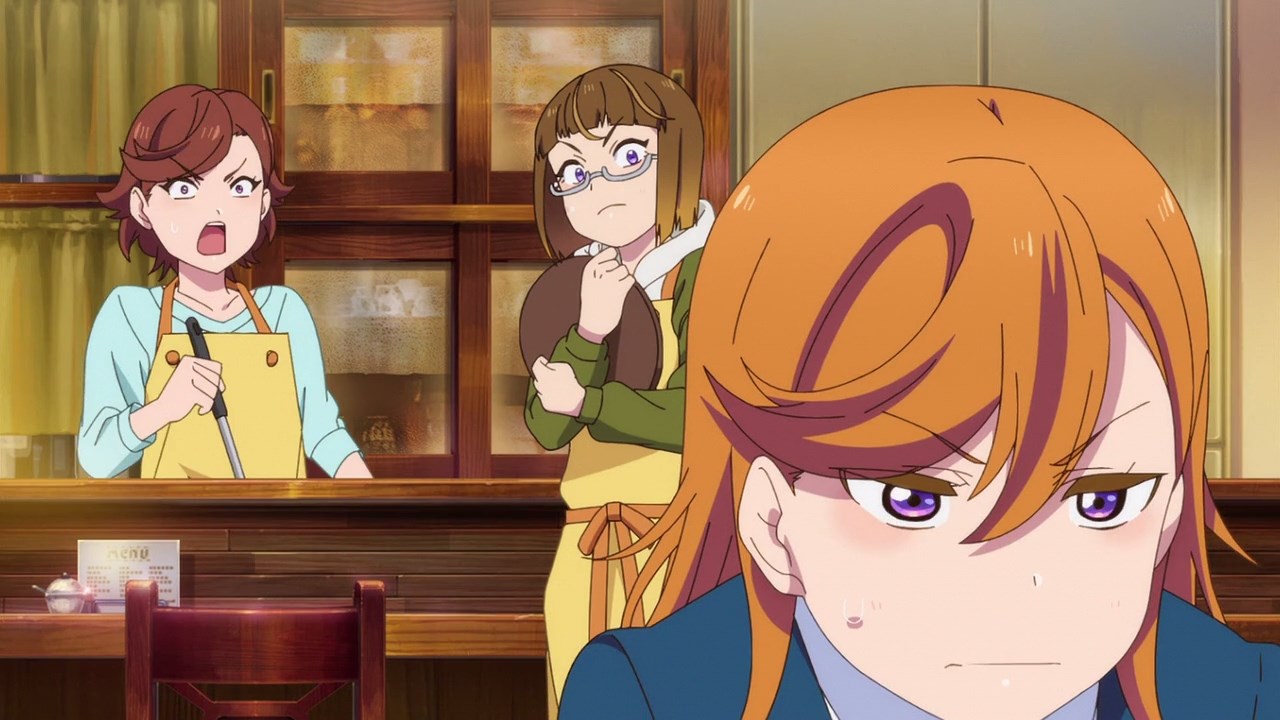 Oh yeah, looks like her mother and elder sister are shocked that Kanon is joining some club.

Geez, Kanon Shibuya doesn’t have a plan yet but anyways, how did she got stage fright in the first place? 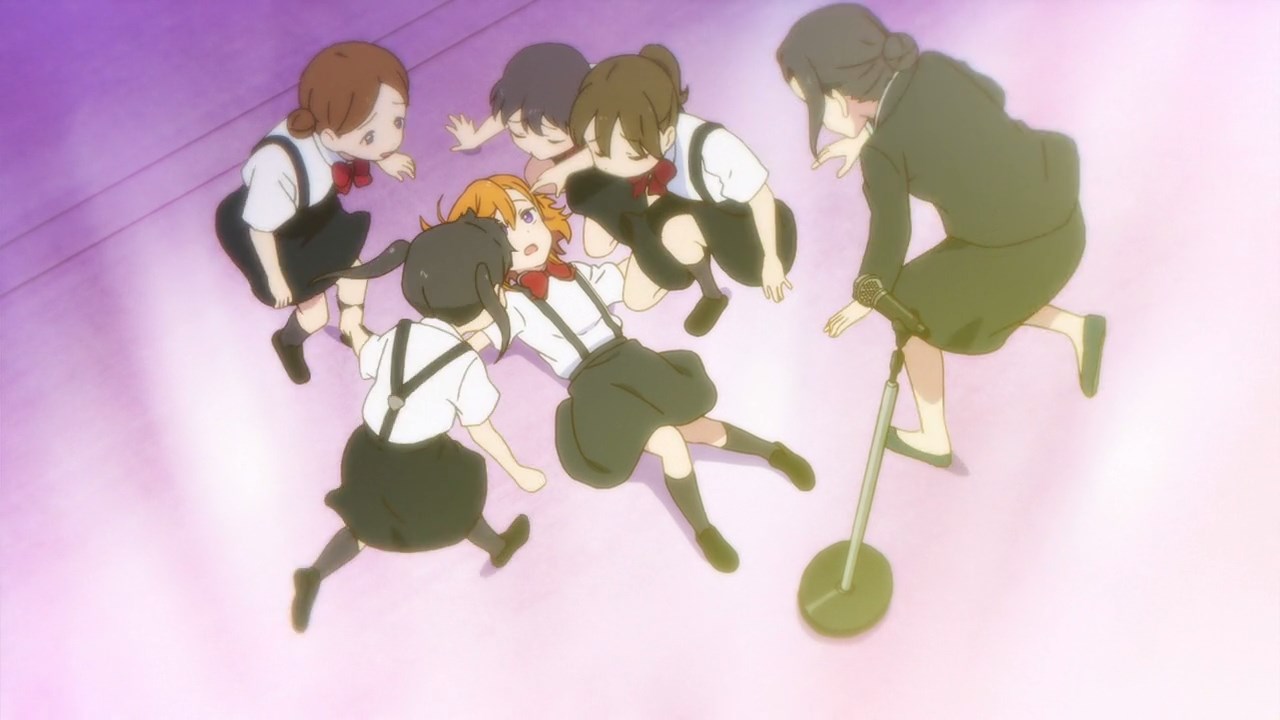 Well, it has something to do about her rehearsal back in grade school in which Kanon froze up and fell down as she can’t sing in front of people.

Then again, I have a feeling that this isn’t the first time she got a stage fright but still, can’t believe that she inherit Umi Sonoda’s weakness. 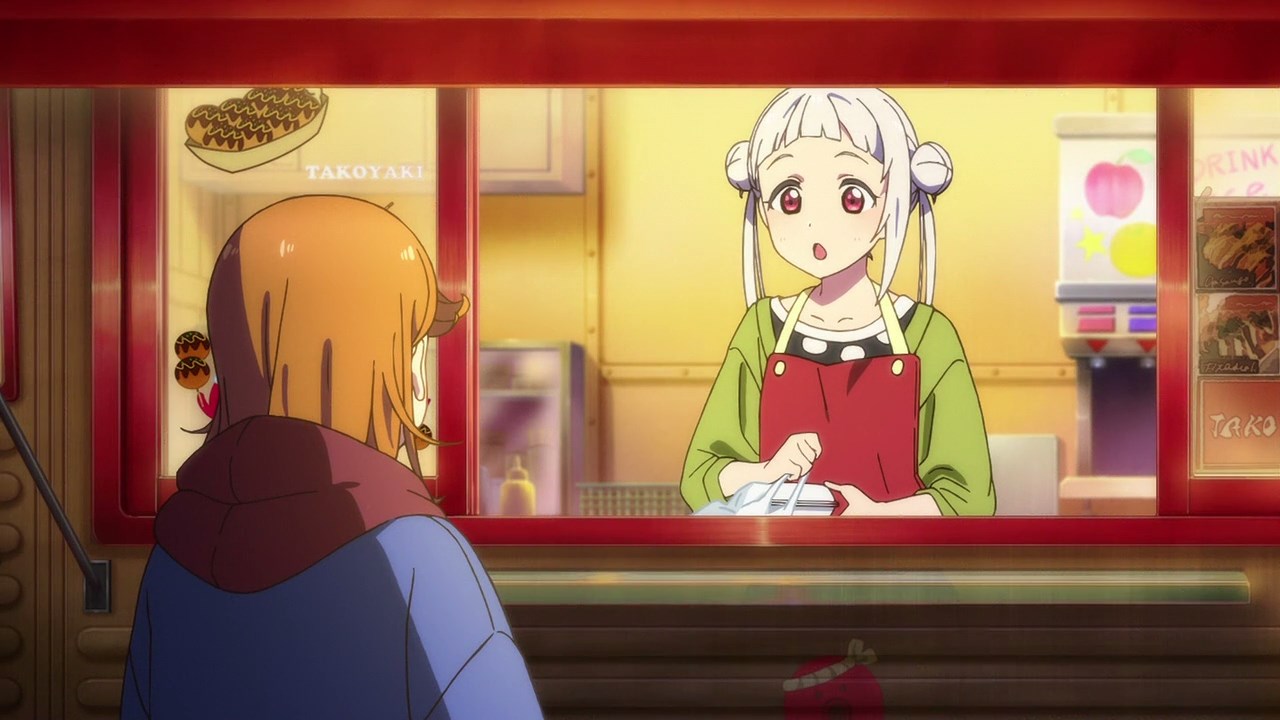 Now then, here’s Chisato Arashi where Kanon’s childhood friend is not interested on joining the school idol club just yet as she’s enrolled at the music course, but I have a feeling that Chisato will join the club eventually.

For the time being, Chisato will have to take care of the takoyaki stall in Shibuya as well as her studies related to music. 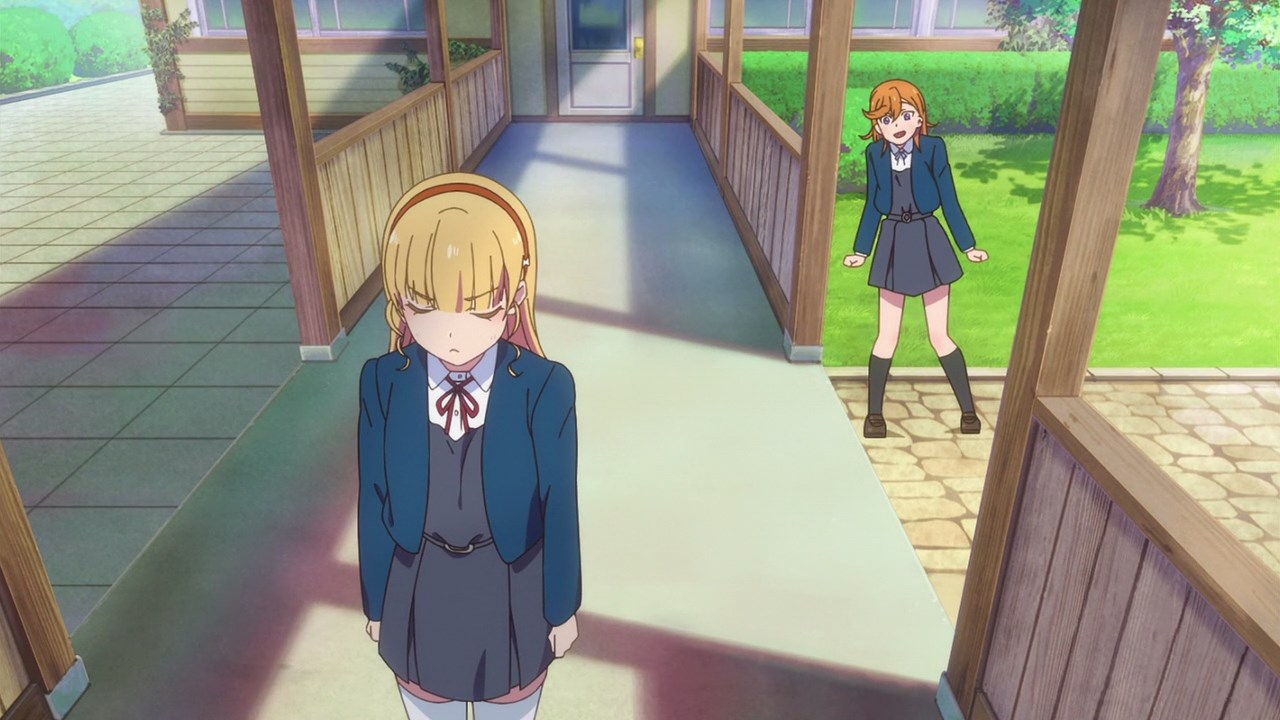 Moving onto the next scene where Kanon decides to help Keke by recruiting various people, including Sumire Heanna in which she’s a cutie. 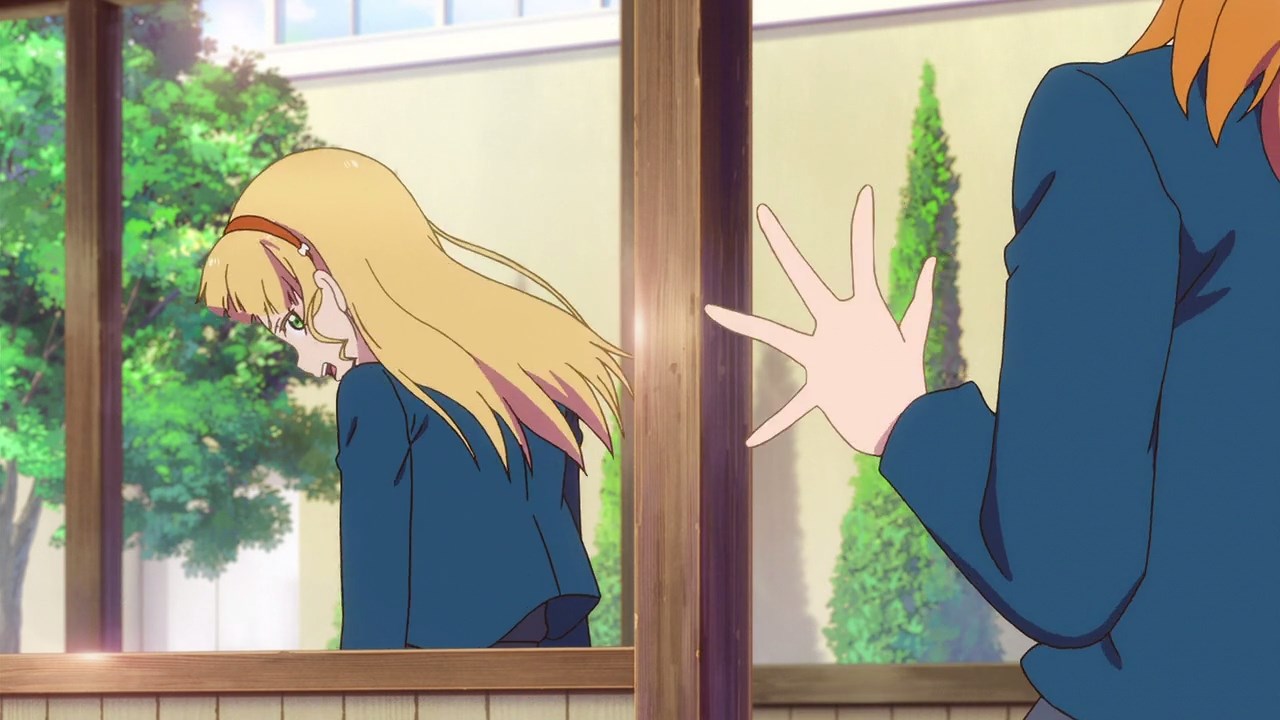 Except that Sumire is not interested on joining a school idol club. I mean, it’s a pain in the butt to become a school idol but I still believe that Heanna will join anyway.

So with no students who are interested on joining Keke’s school idol club, I guess Tang will have to give up on it. 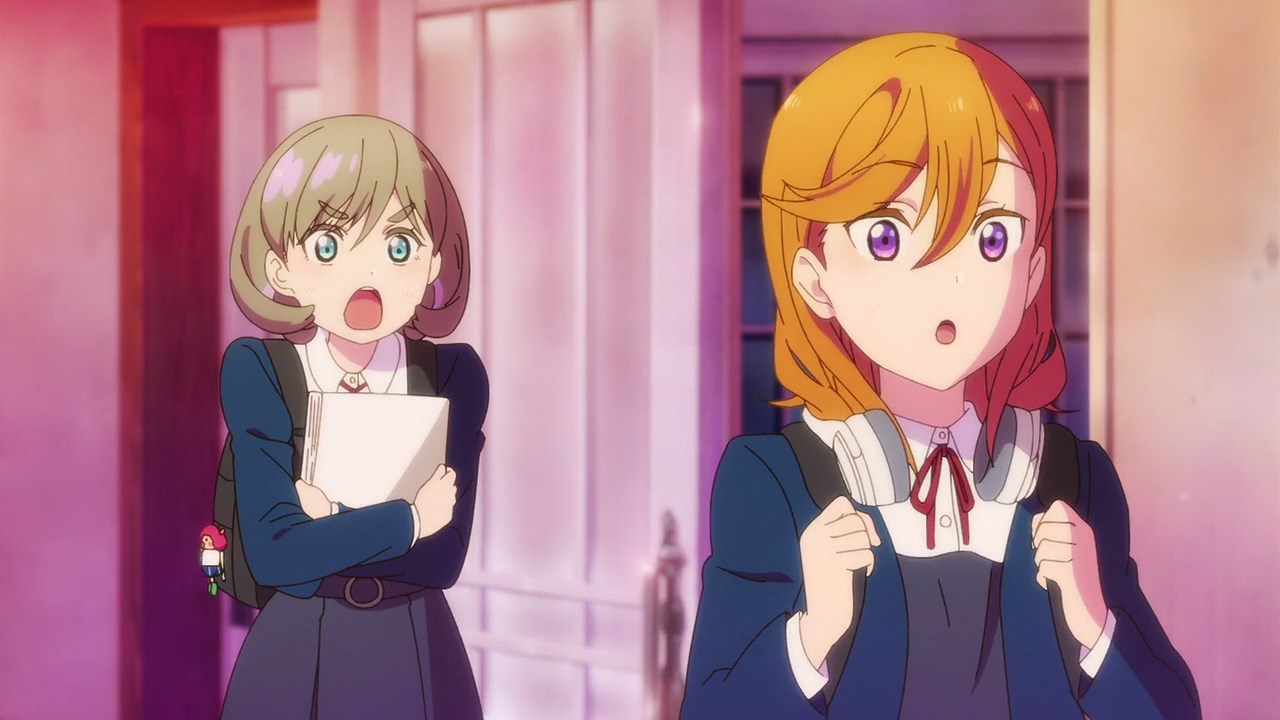 Except that Keke Tang still insists on having a school idol club in Yuigaoka Girls’ Academy. Heck, Keke believes that Kanon can sing, it’s just that she needs lots of courage to sing in front of a crowd. 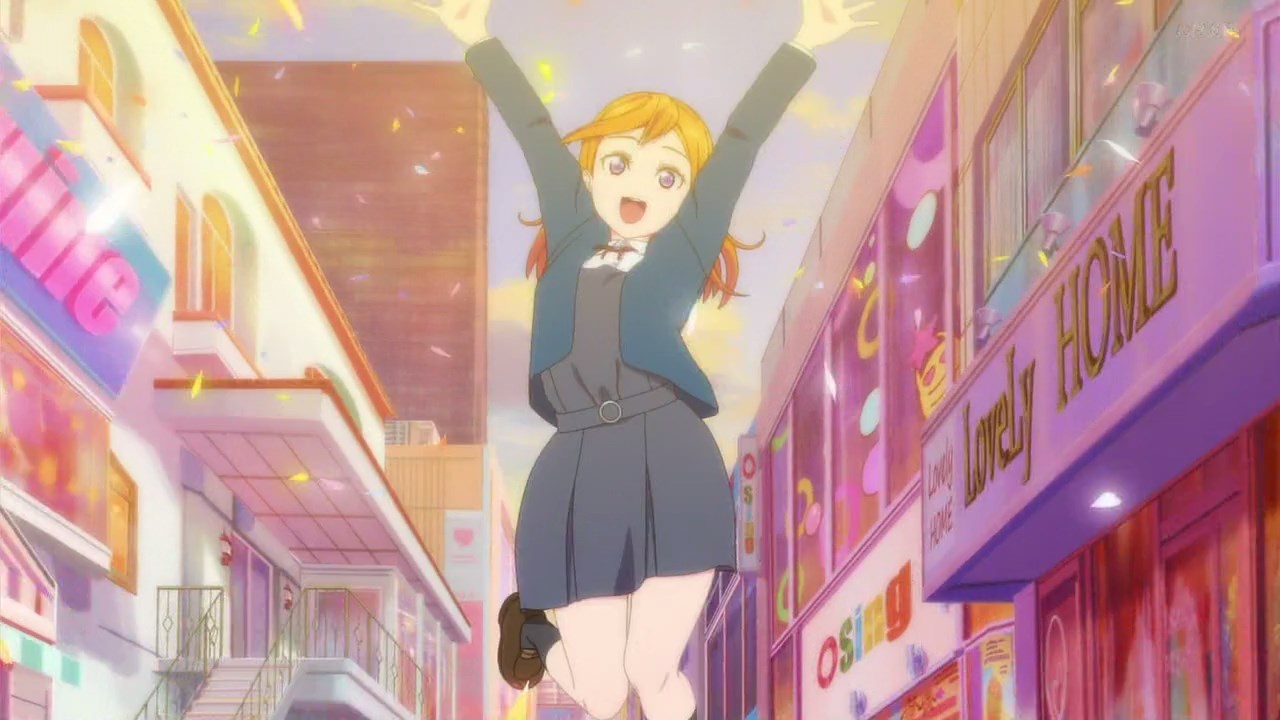 So with that said, looks like Kanon Shibuya took Keke’s words and perform the first song on this series.

Sure that it’s still absurd that Kanon performs in the middle of a busy shopping street, but that’s the beauty of Love Live! as there’s an idol performance at the end of every episode. 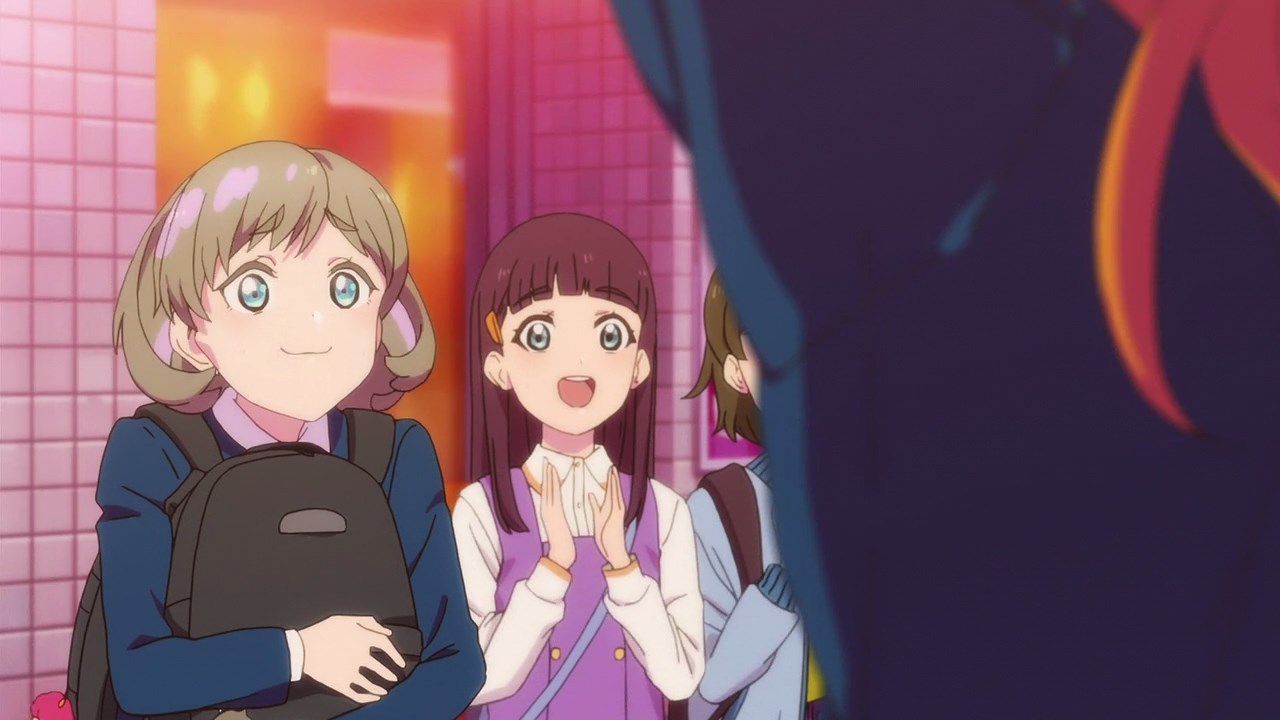 Oh and as for the feedback, everybody cheered that Kanon’s singing voice is beautiful to the point that Keke is happy that she finally sing in front of a crowd. 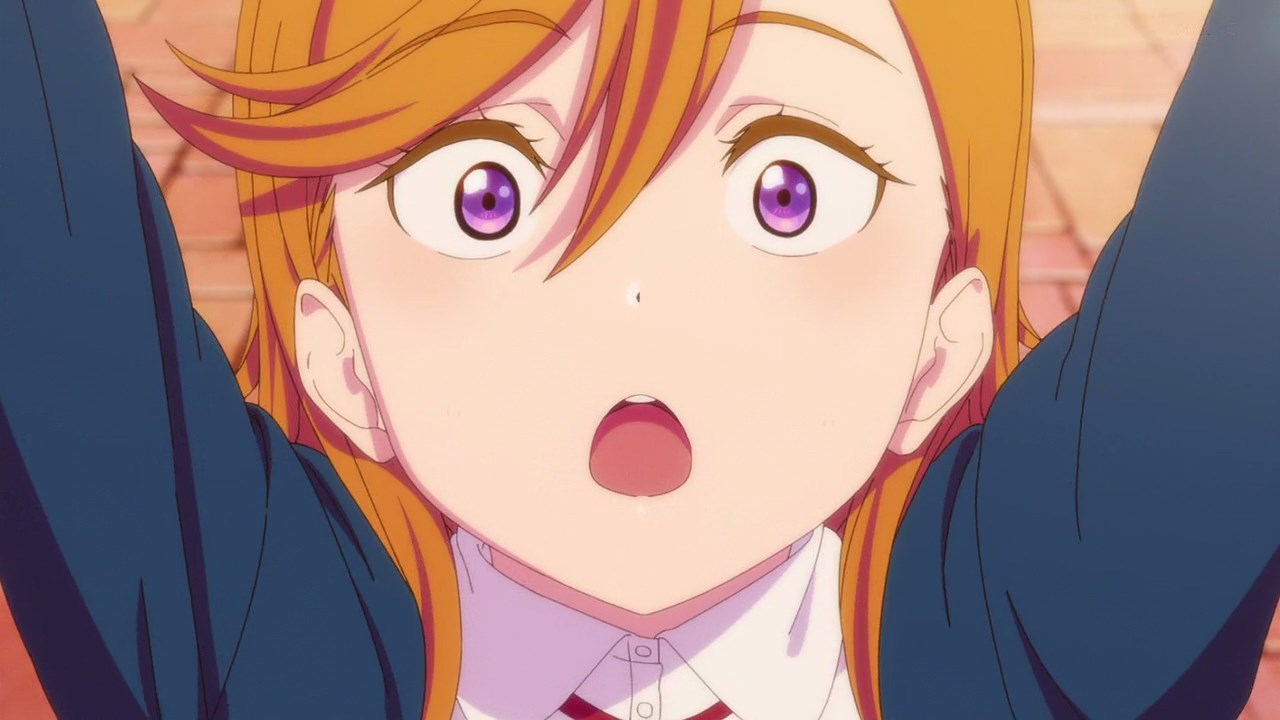 Of course, this is just the beginning for Kanon Shibuya because she’ll become a school idol soon enough. Oh yeah, let’s not forget that Ren Hazuki forbid anyone on creating a school idol club inside Yuigaoka.

Anyways, I’m very excited for Love Live! Superstar because it really changed the formula judging from the first episode alone. Now then, I can’t wait for the next episode their school idol journey will finally begin in Shibuya!