Hey everyone, here’s another anime show by Asread which is based on an ecchi manga by Ikumi Hino. Now, I have a feeling that it’ll be censored but I was pretty wrong after watching the first episode.

Anyways, this is the story of Koushi Nagumo in which his house was burned down and his parents abandoned him, leaving Koushi feeling abandoned aside from being homeless.

Oh, and he’s about to die from hunger too. Gee, I feel so bad for Koushi Nagumo as he doesn’t have a place to stay. 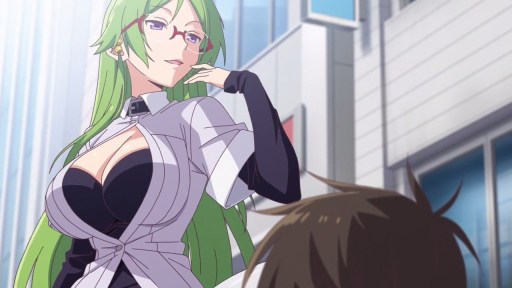 That’s until Nagumo encountered a college lady named Mineru Wachi in which she invited Koushi to a dormitory named Megami-ryou.

There, Mineru told Koushi-kun that in exchange for food and shelterm, he’ll become a dorm manager of Megami-ryou but there’s a problem. 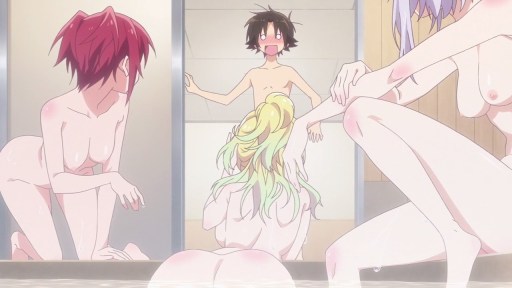 You see, Megami-ryou is actually a women’s dormitory. And really, Koushi felt embarrassed that he saw naked girls upon entering the bathroom. 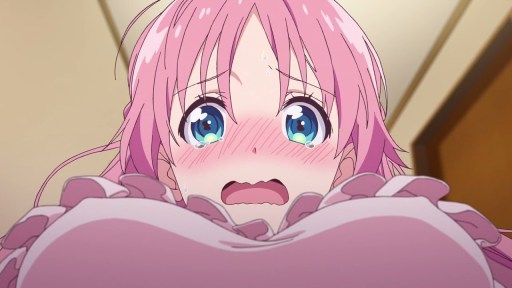 You see, a naked Koushi Nagumo assaulted one of the tenants named Atena Saotome where she can’t believe that a boy is sniffing her crotch. Lucky pervert!

Of course, the tenants of Megami-ryou don’t want Koushi to assault Atena as they pin the young boy down.

Would it be better if they cover themselves first but then again, this is a fanservice-laden anime.

As for Atena Saotome, she passed-out with lots of blood coming out from her nostrils. Turns out that Atena has an extreme case of androphobia where she break hives every time a boy touches her.

Now, it seems that either Atena or Koushi will leave Megami-ryou due to the former’s weakness. However, Atena decides to let Koushi stay because it would be bad if the boy dies from hunger and cold. 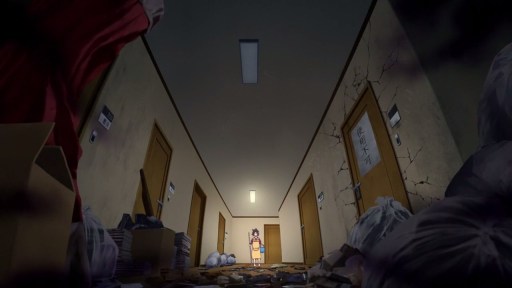 In any case, it’s time for Koushi Nagumo’s first job as a dorm manager where it turns out that Megami-ryou is notorious for keeping the dormitory untidy, especially on the 2nd floor where it’s filled with garbage.

Oh yeah, here’s Mineru Wachi where she’s conducting experiments while wearing nothing but her lab gown. Would it be better if Mineru wears safety clothing in case she made an accident?

Meanwhile, here’s Frey where this cosplayer has a penchant for dressing up cute boys like Koushi Nagumo. Gotta say that Koushi looks cute there in his cat butler uniform.

Also, Frey asked Koushi to measure her bust, waist, and hips with a tape measure. Oh, and Frey is wearing nothing but her underwear, meaning that she plans to take Nagumo’s cherry soon enough. 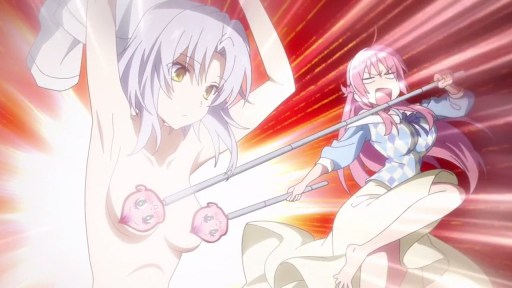 Anyways, that’s about it for the first episode and while I don’t expect Asread to make Megami-ryou no Ryoubo-kun. into a great show, I’m glad that they kept the nudity during the broadcast run. Well then, I’ll see you next time!