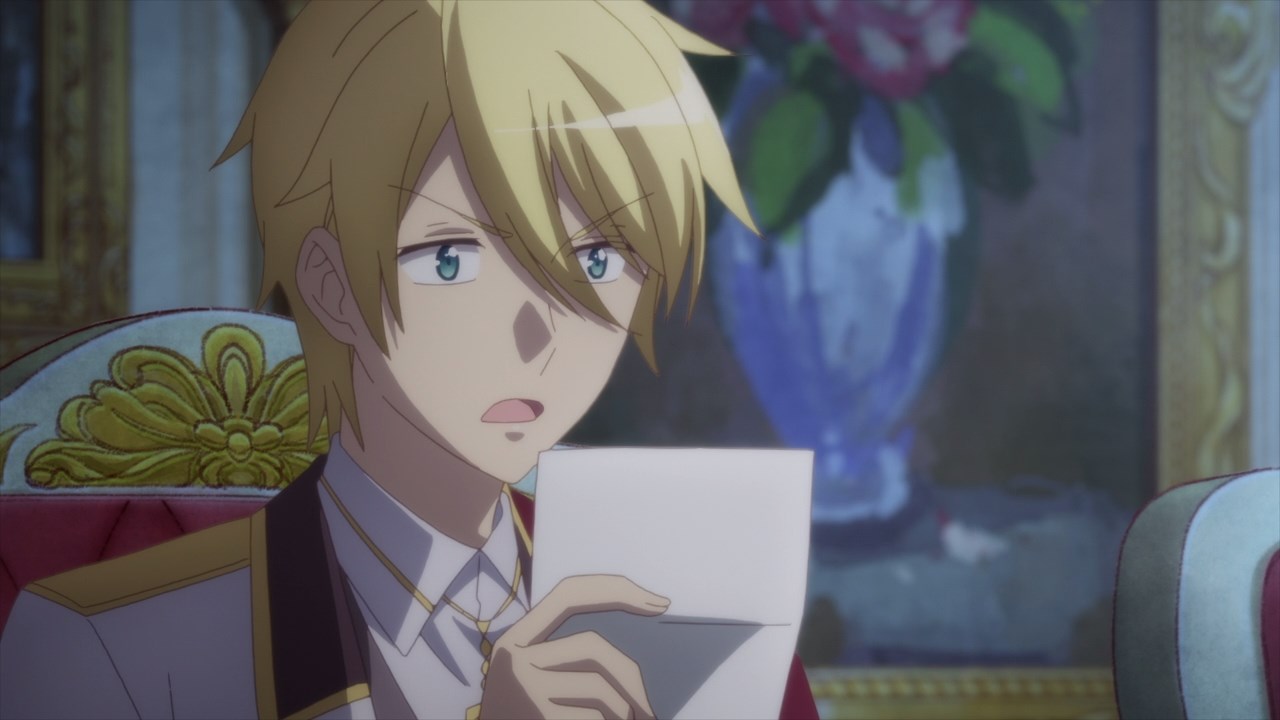 Let’s start this episode where Geordo Stuart received a letter, telling him to relinquish his rights to the throne in exchange for Catarina Claes’ safety.

Oh boy, looks like someone from the Stuart family is a traitor among them, but where’s Catarina as I’m worried that she’s being treated horribly? 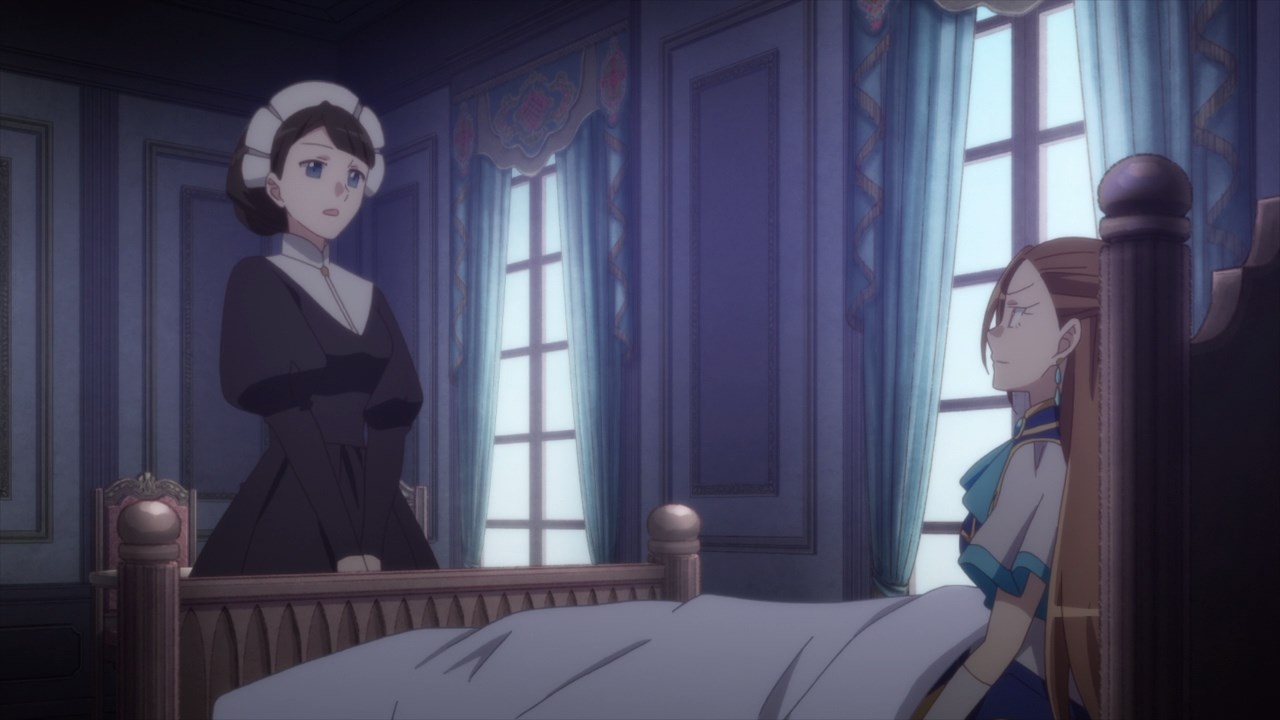 Oh, looks like Catarina Claes is fine as this maid named Lana told her that she’s being kept in a mansion for reasons yet unknown. Man, I bet that it has something to do regarding Geordo Stuart’s succession to the throne. 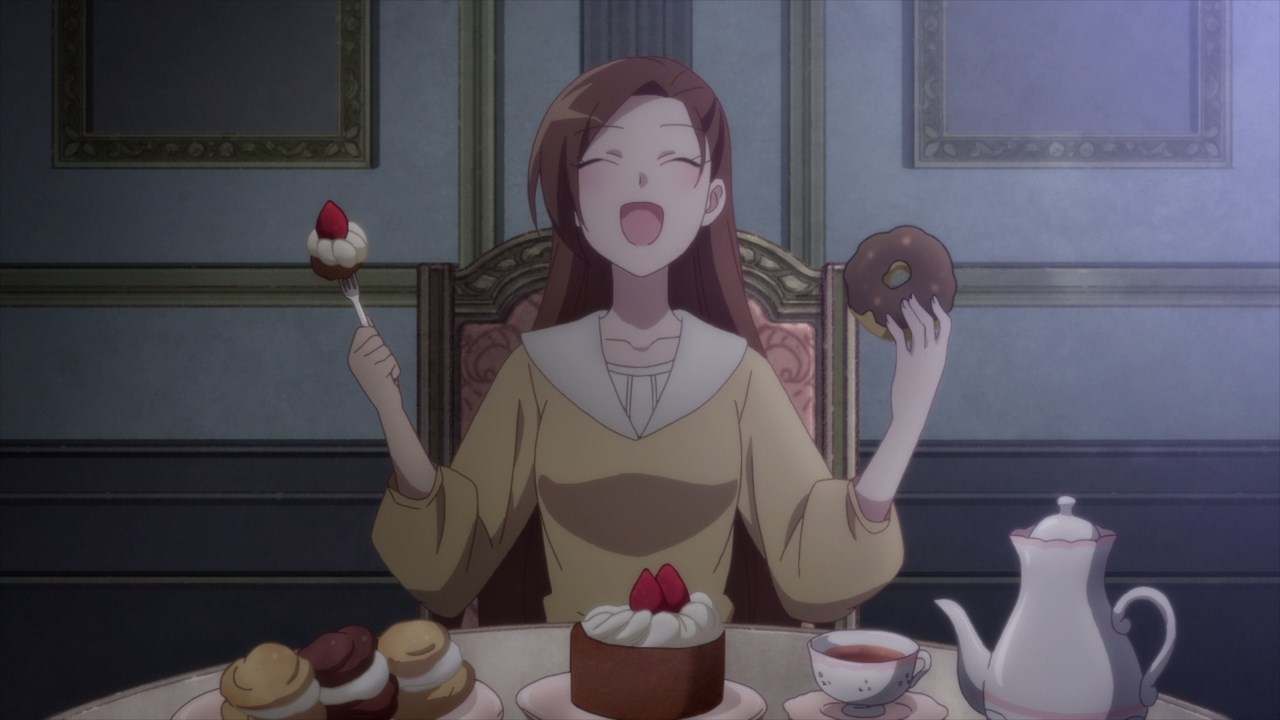 Regardless, it appears that Catarina is doing fine for the time being as she’s eating sweets. Would it be worse if she’s denied eating delicious food? That would be horrible! 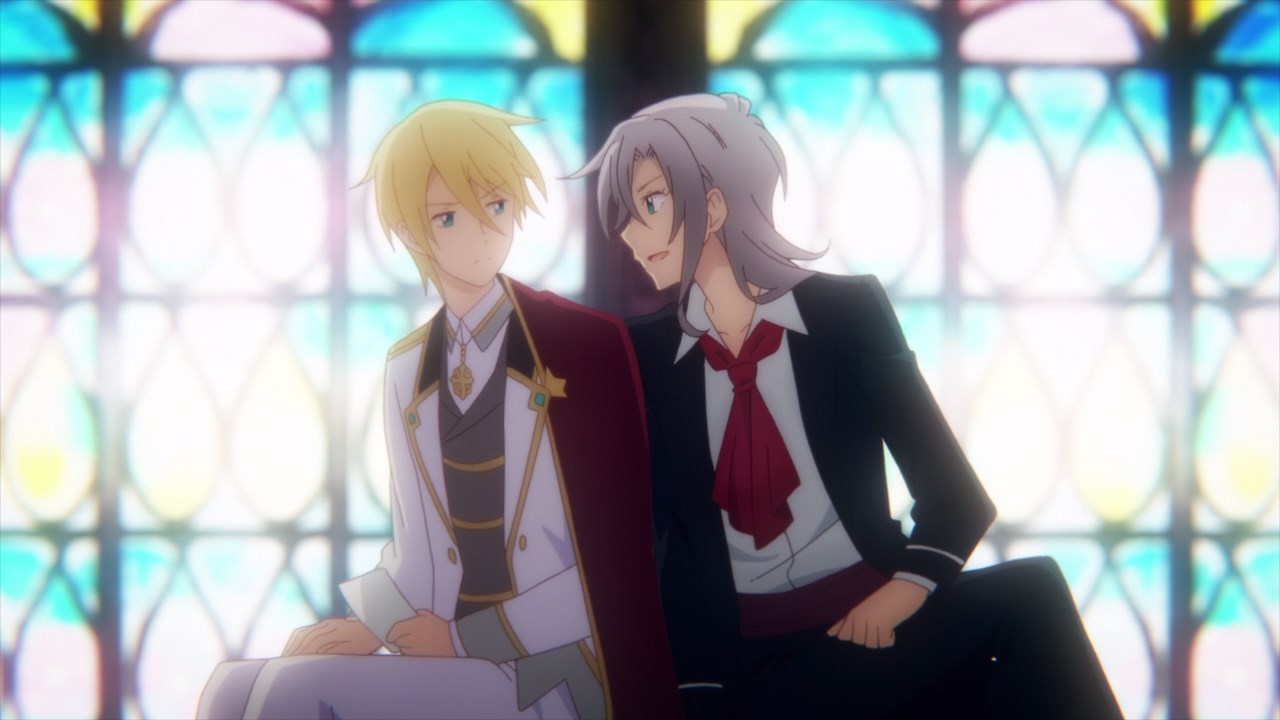 Now let’s return to the Stuart household where Geordo asked his oldest brother Geoffrey for assistance regarding the mastermind behind the kidnapping of Catarina Claes.

While Geoffrey Stuart agreed to help his brother out, I really doubt that because most of the characters voiced by Takehito Koyasu are scumbags. C’mon, I bet that Geoffrey is this one who kidnap Catarina just to force Geordo to give up the throne. 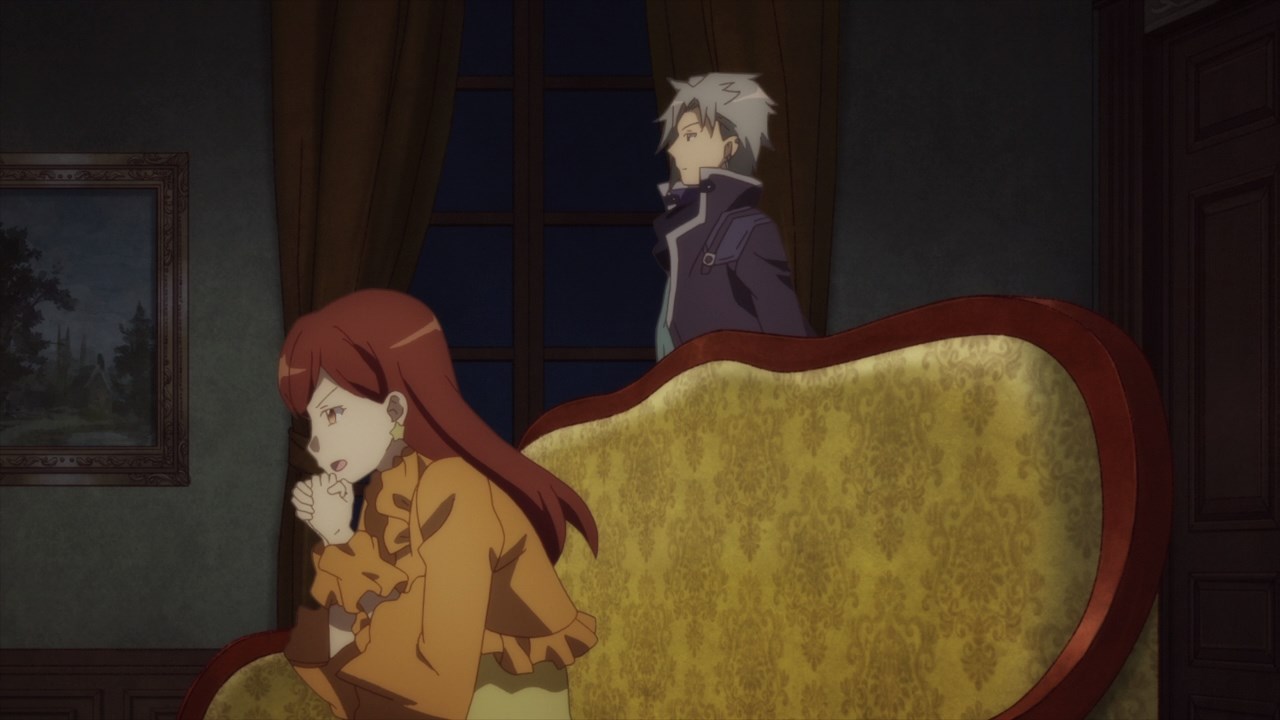 Meanwhile, here’s Mary Hunt and Alan Stuart where they’re planning to rescue Catarina Claes whatever it takes, although they can’t make haste on saving their friend because Mary and/or Alan might befall a terrible fate if things went south.

Oh yeah, I forgot to tell you that Mary Hunt and Alan Stuart are engaged but let’s just say that both of them love Catarina. 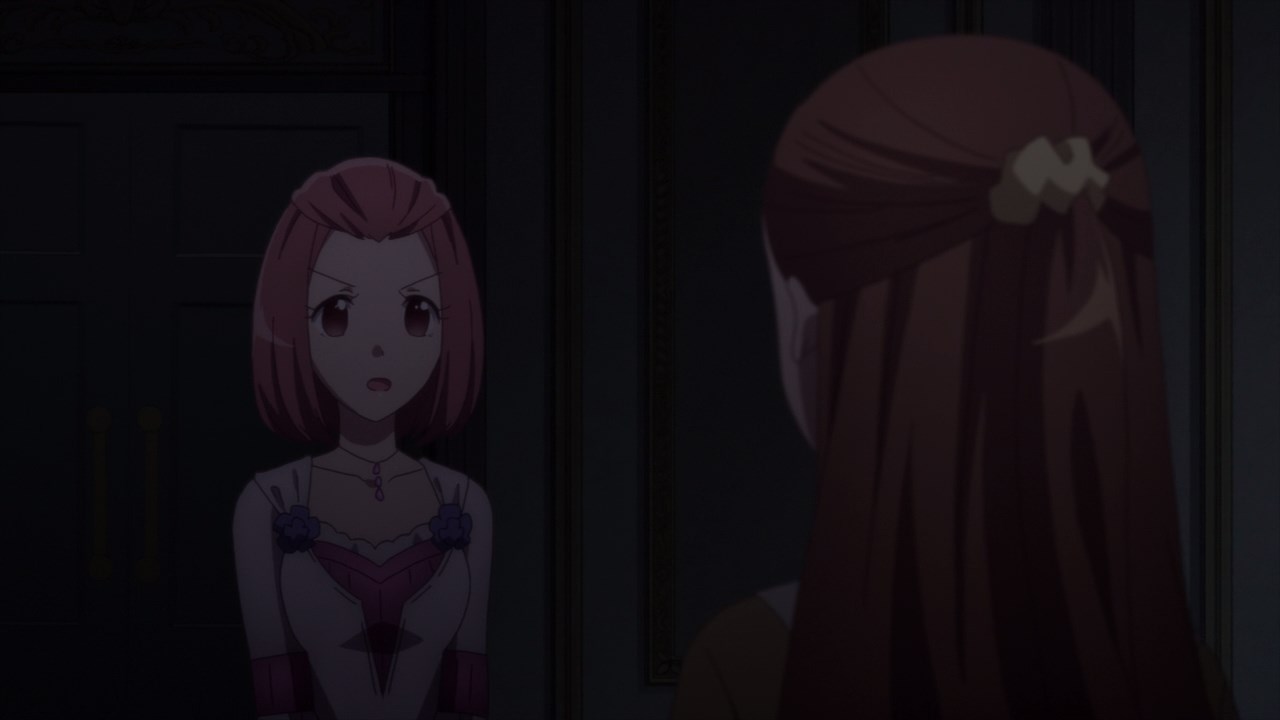 Moving back to Catarina Claes where she finally met Selena Berg, Ian Stuart’s fiancé in which it’s revealed that she’s the one who planned to kidnap Catarina in order to relinquish Geordo’s right to the throne.

Okay, so it seems that Selena is doing something to help her betrothed rather than Geoffrey doing the dirty work on his own, but why would she do that? I mean, Ian Stuart is supposed to kidnap Geordo’s fiancé. 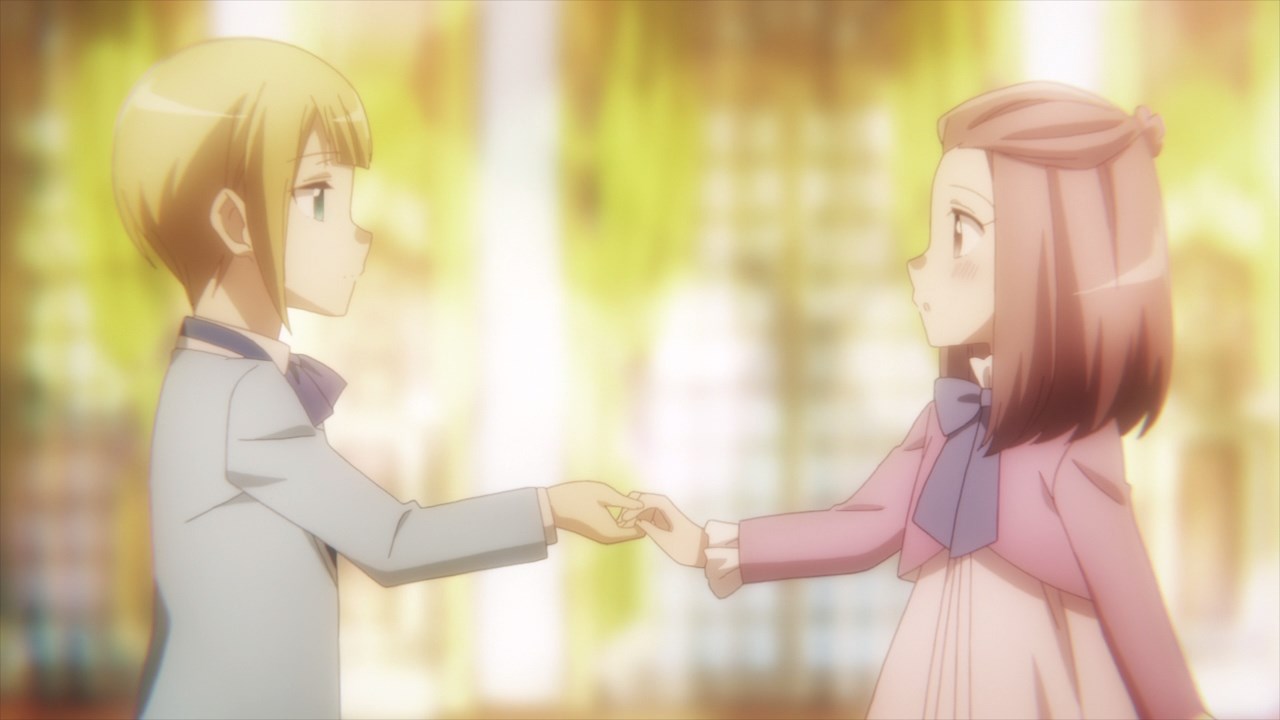 Well you see, the reason for kidnapping Catarina in the first place is because Selena is really in love with Ian after being engaged while they’re kids.

Unfortunately, everyone has doubts regarding Selena Berg in which her magic is weak compared to the likes of Suzanna Randall and Maria Campbell. But you know who has weak magic? 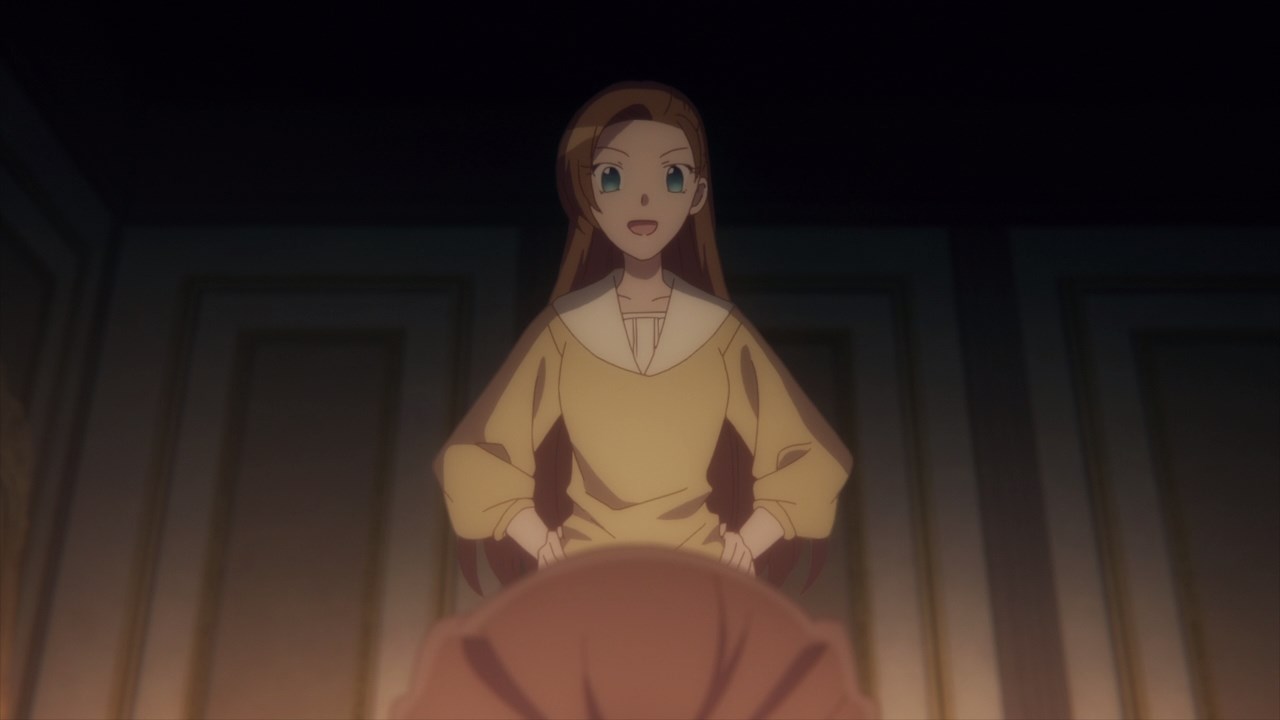 Well, it’s none other than Catarina Claes as despite having weak earth magic, she’s actually kind where Catarina suggested Selena Berg to have a heart-to-heart talk with Ian Stuart.

Also, Catarina Claes wants to befriend Selena Berg as not only they have weak magic, but Catarina doesn’t want Selena to have a sad life. Really surprised that this former villainess is giving some life tips to Selena. 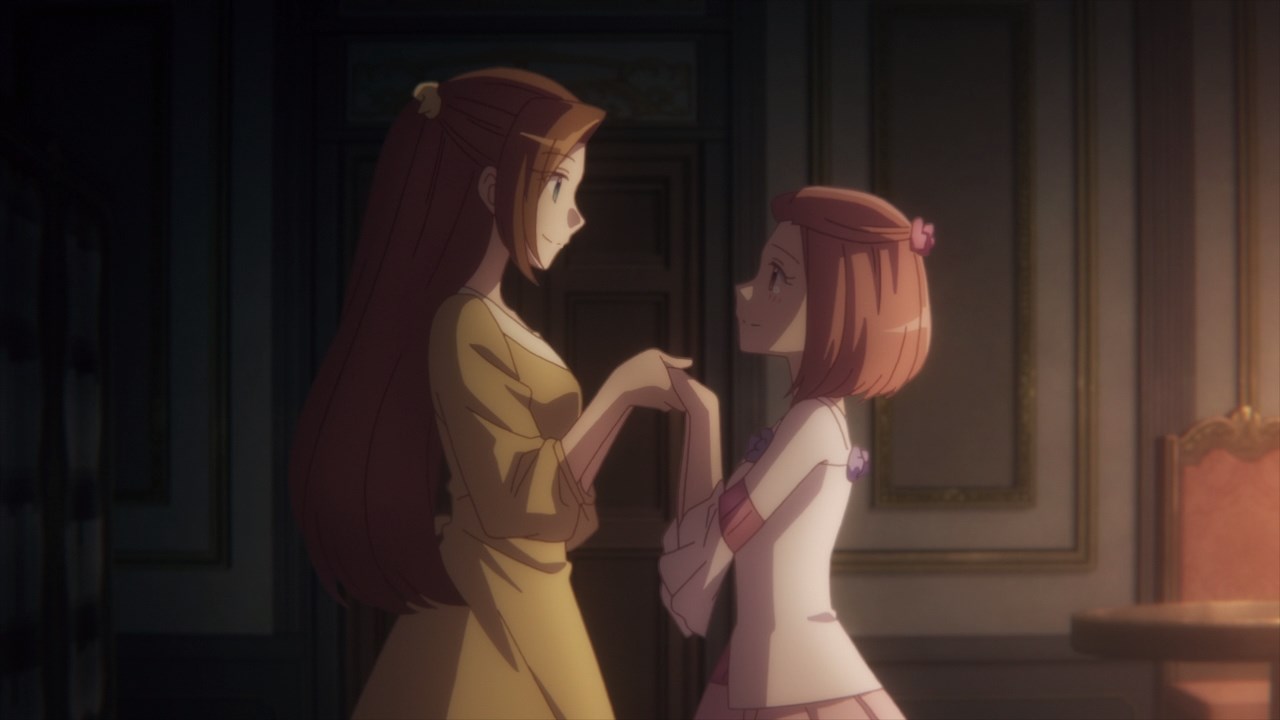 In any case, looks like Catarina Claes will have a nice friendship towards Selena Berg after having a nice girls’ talk on this episode.

Of course, the only thing that Catarina need to do is to get out of this mansion and return to Geordo Stuart. 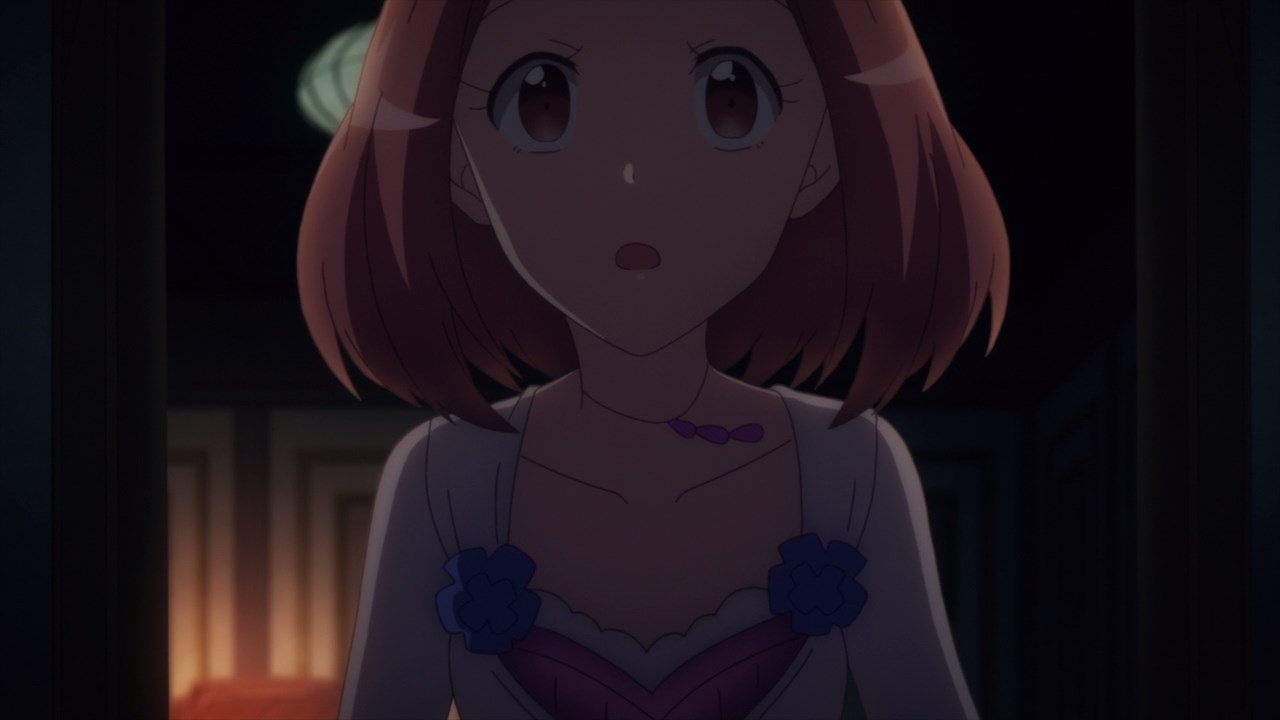 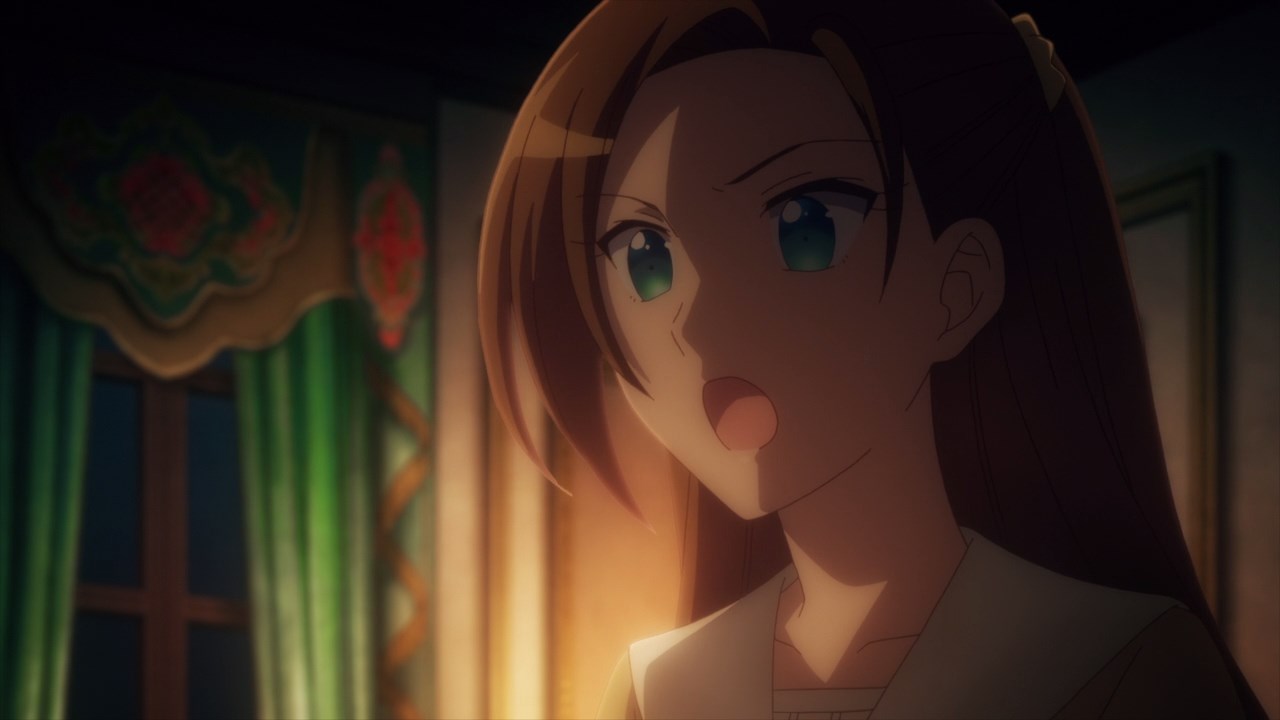 However, someone decided put Selena to sleep as Catarina was shocked to see the perpetrator in action. 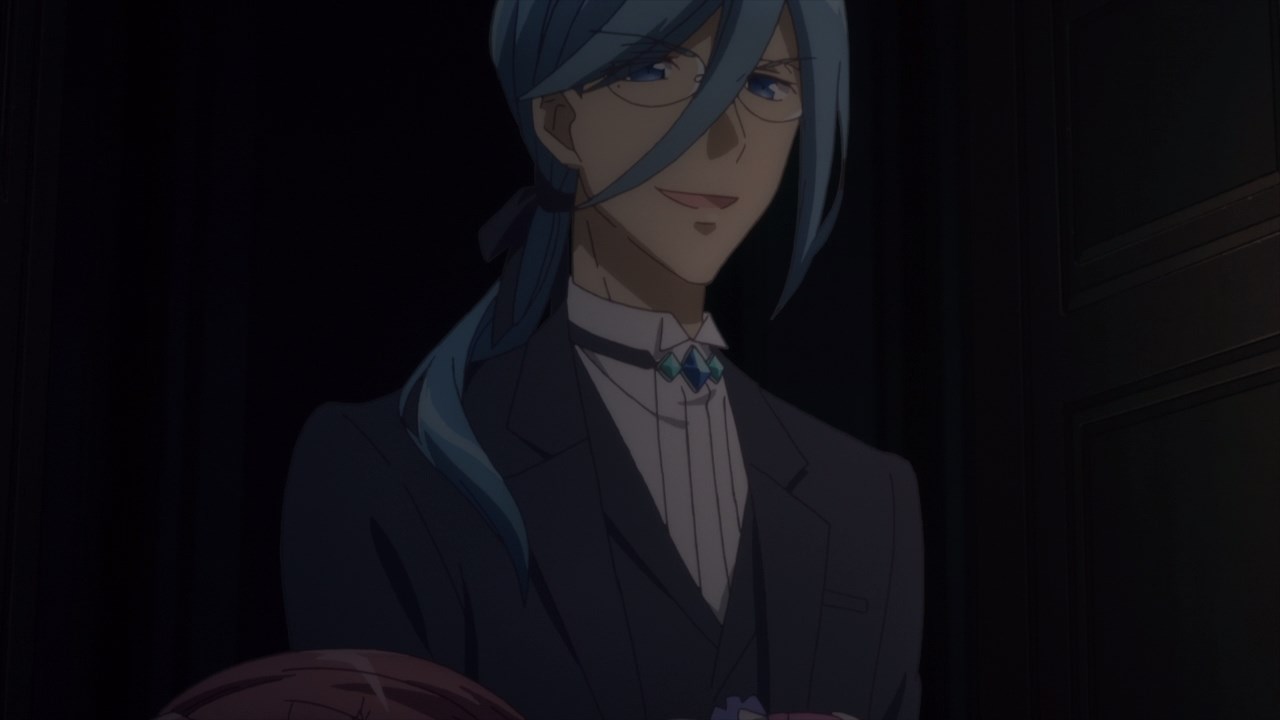 Oh yeah, and it turns out that this butler is the one who knocked Selena out cold as he’s planning something devious towards Catarina. Of course, I wonder if this Sebastian guy is working for Ian Stuart or he has his own agenda?

Well then, looks like Catarina’s death flag is about to get triggered on the next episode, so I’m hoping that someone would save her in the nick of time.