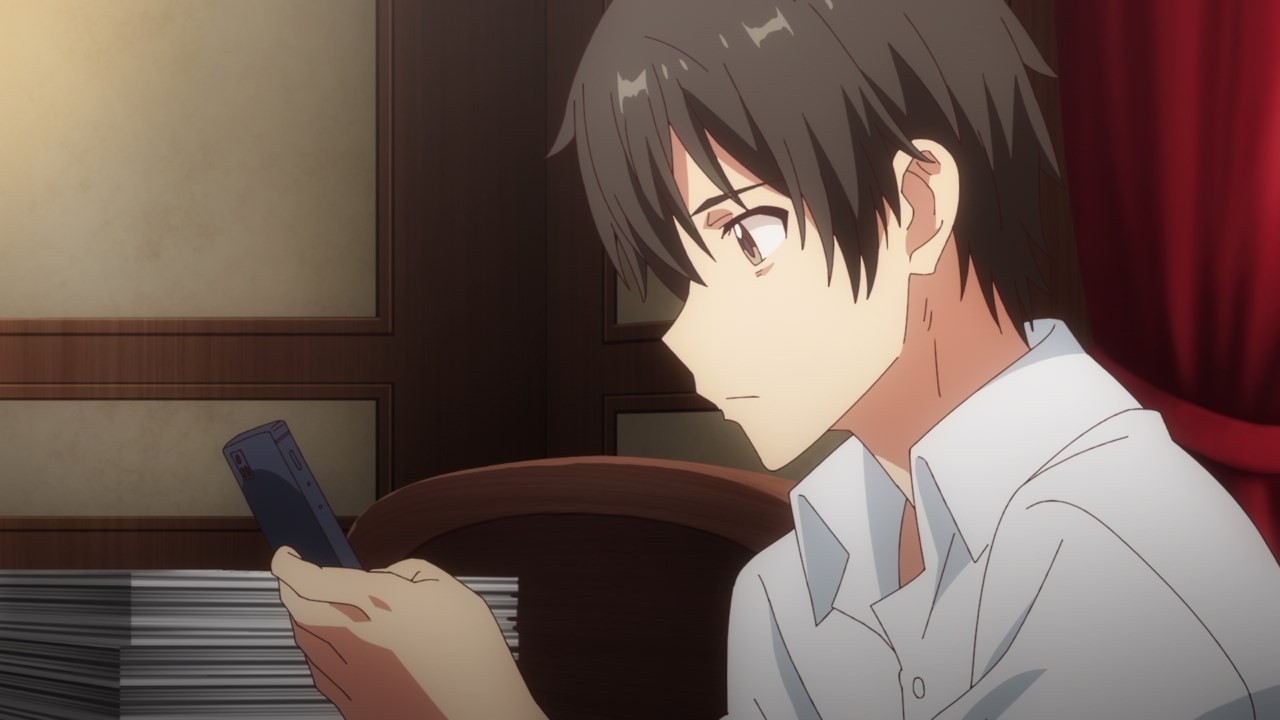 Here’s Kazuya Souma where it appears that he brought his smartphone upon being transported in this fantasy world.

While he can play games or even listen to music, the problem is that there’s no charger unless Kazuya learned electricity magic to charge his phone. 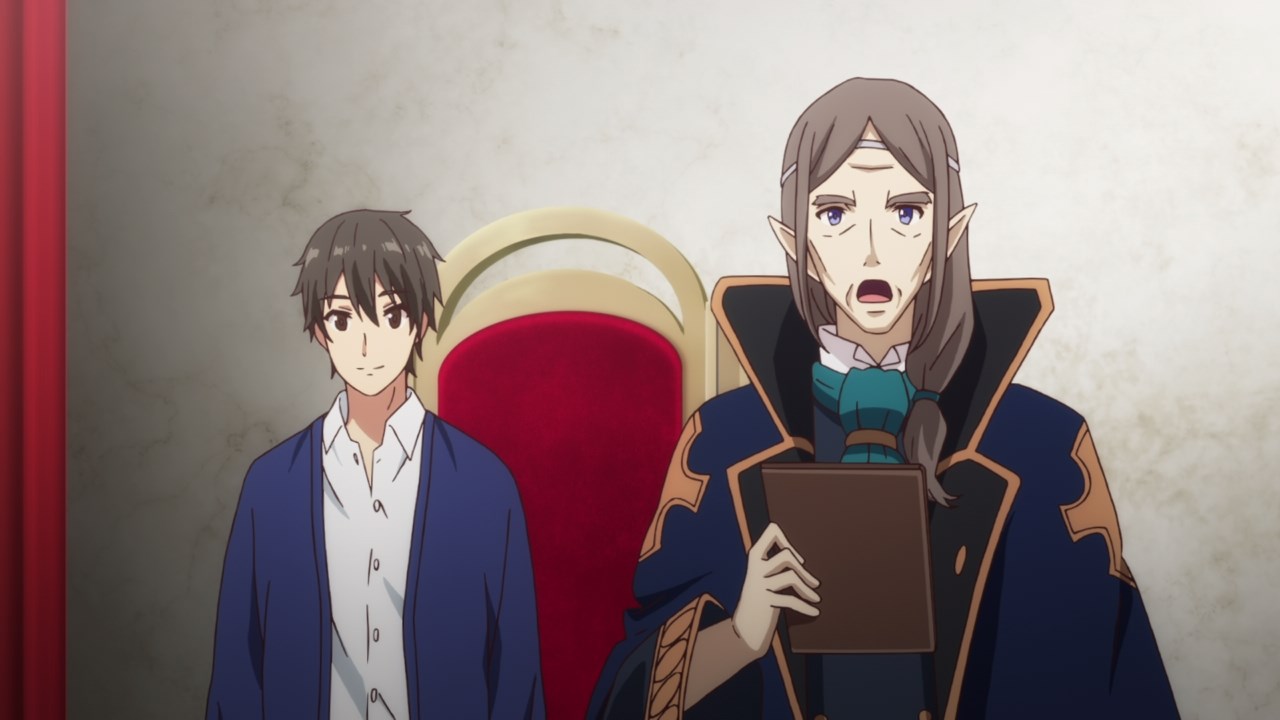 Anyways, it’s time for the Kingdom of Elfrieden to have some fresh talent and after scouting thousands of people, King Kazuya Souma found a few people who are very talented in their respective fields. 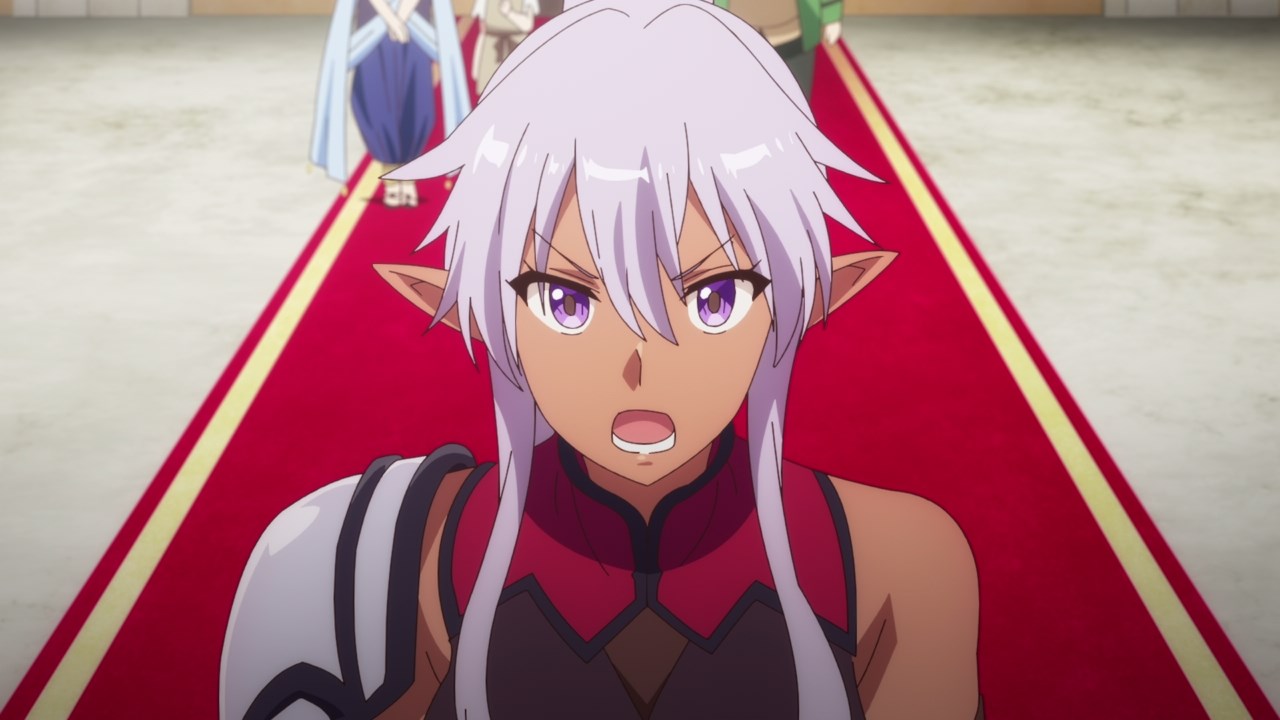 But let’s start with Aisha Udgard, a dark elf where she said to be an exceptional warrior, although Aisha only serves her tribe rather than the kingdom.

However, Aisha will work for the king on the condition that he must save the elven forest from ruin. 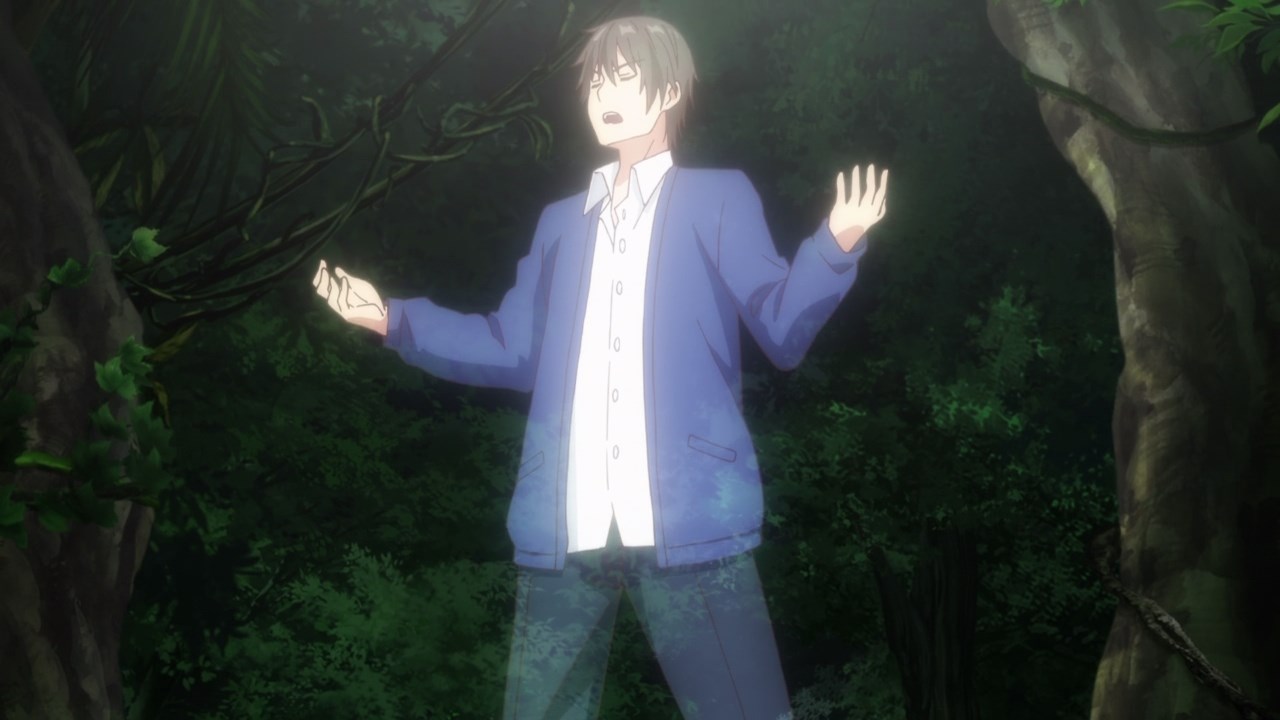 Of course, he has a realistic solution where Kazuya Souma told Aisha Udgard that she and her fellow dark elves should cut older trees so that younger trees can grow. This is called thinning and it’s very effective on maintaining a healthy forest. 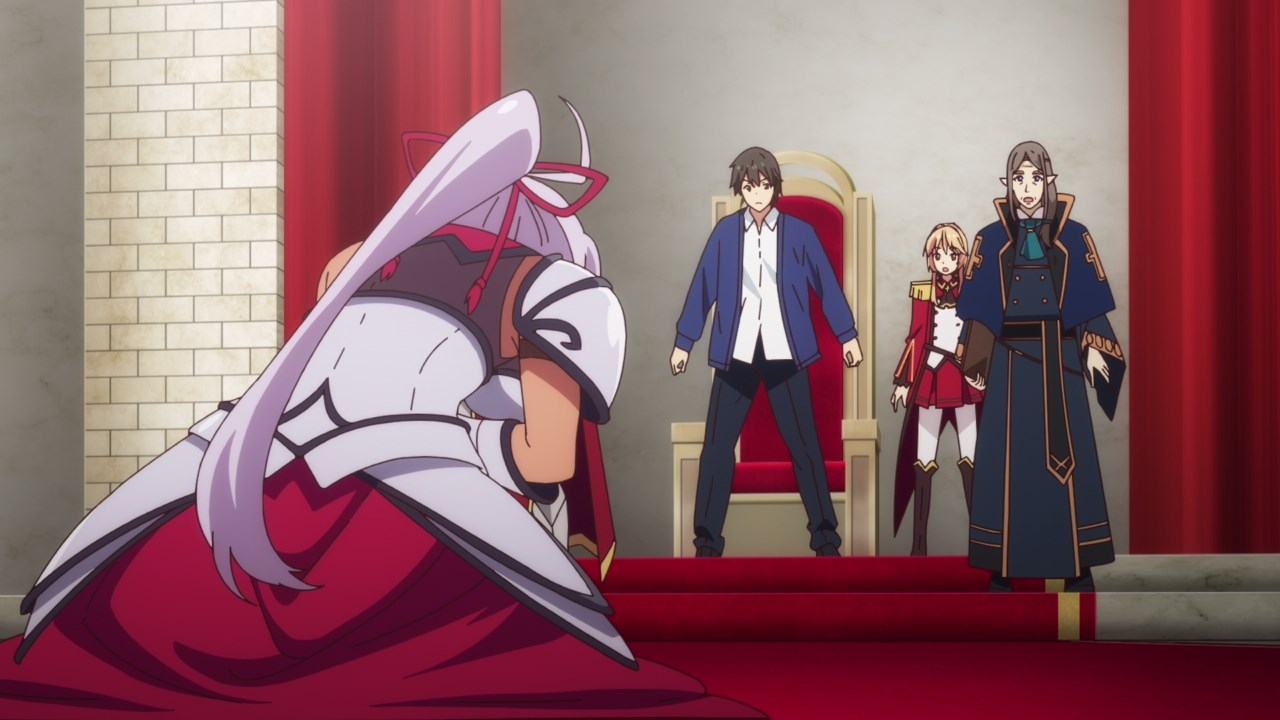 Anyways, Aisha Udgard is very surprised on Kazuya Souma’s solution that she decides to pledge her loyalty to him right away.

Really surprised that the dark elf warrior became an ally to King Souma thanks to his suggestion. 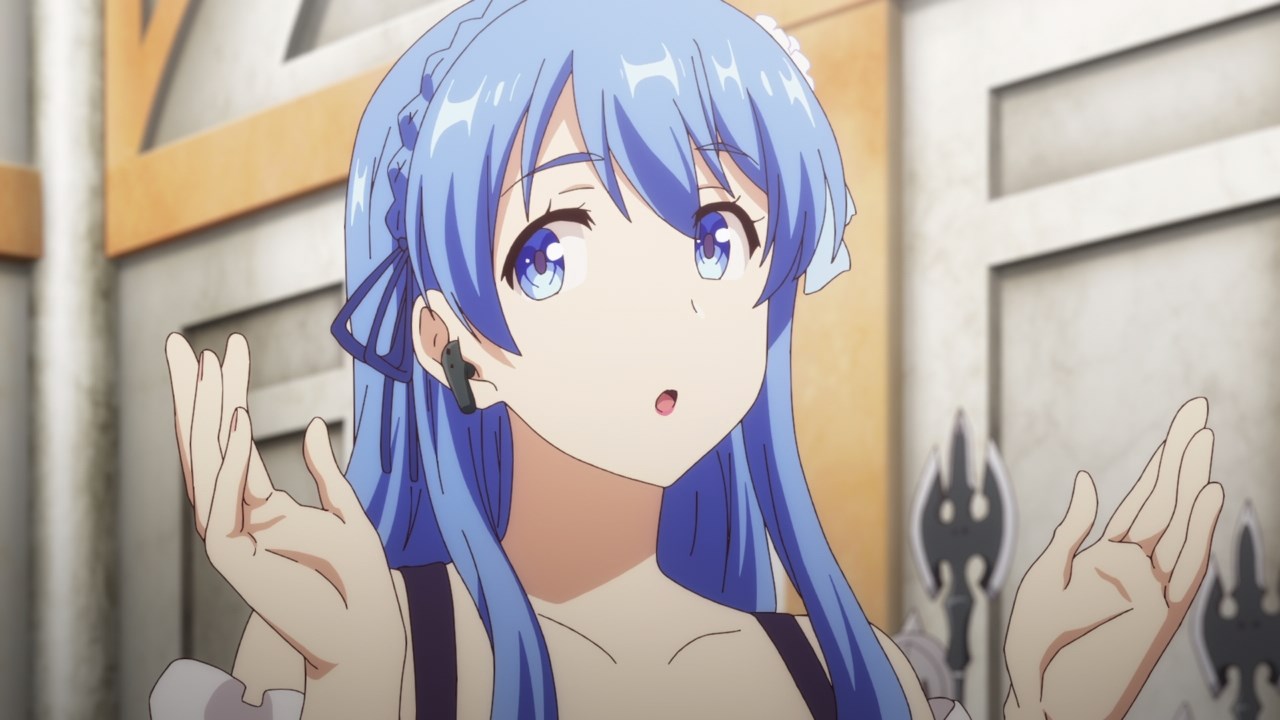 Moving onto Juna Doma where this lorelei has a beautiful voice. Then again, Juna sings only melancholic tunes which is not good when the kingdom needed a ray of hope. 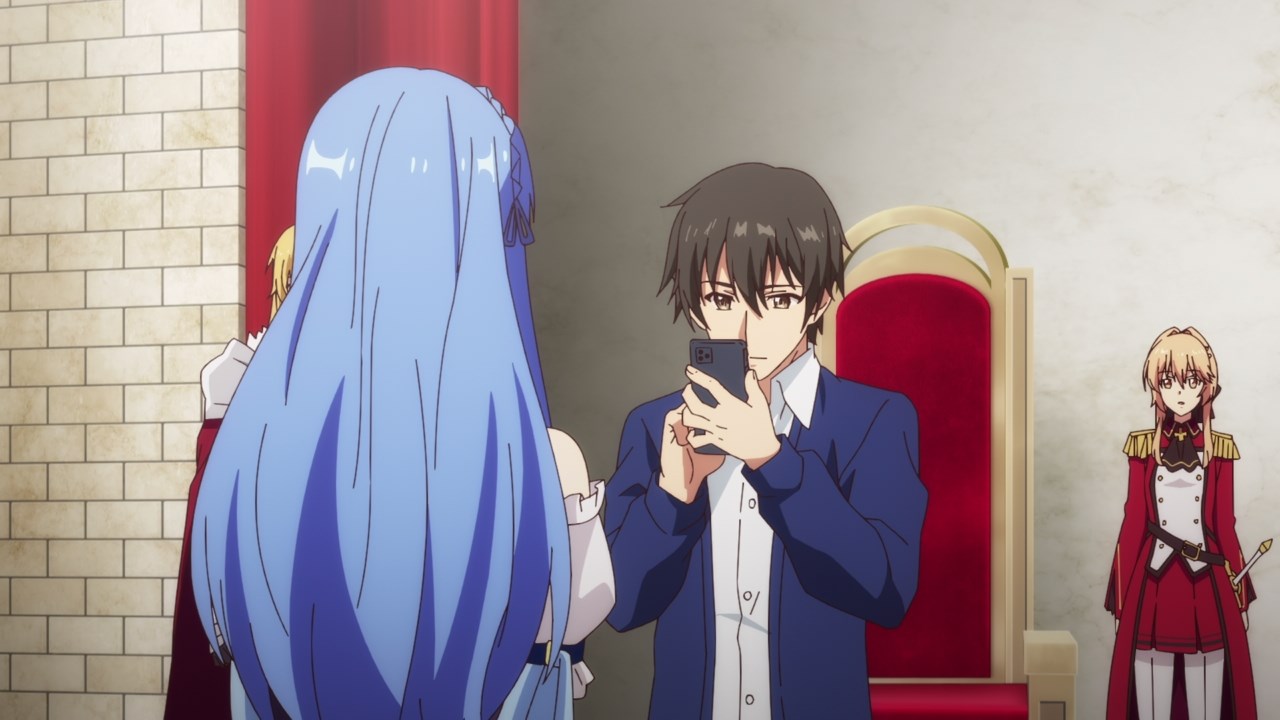 That’s until Kazuya Souma used his smartphone to play a music from his world. Of course, she needs earbuds to hear it. 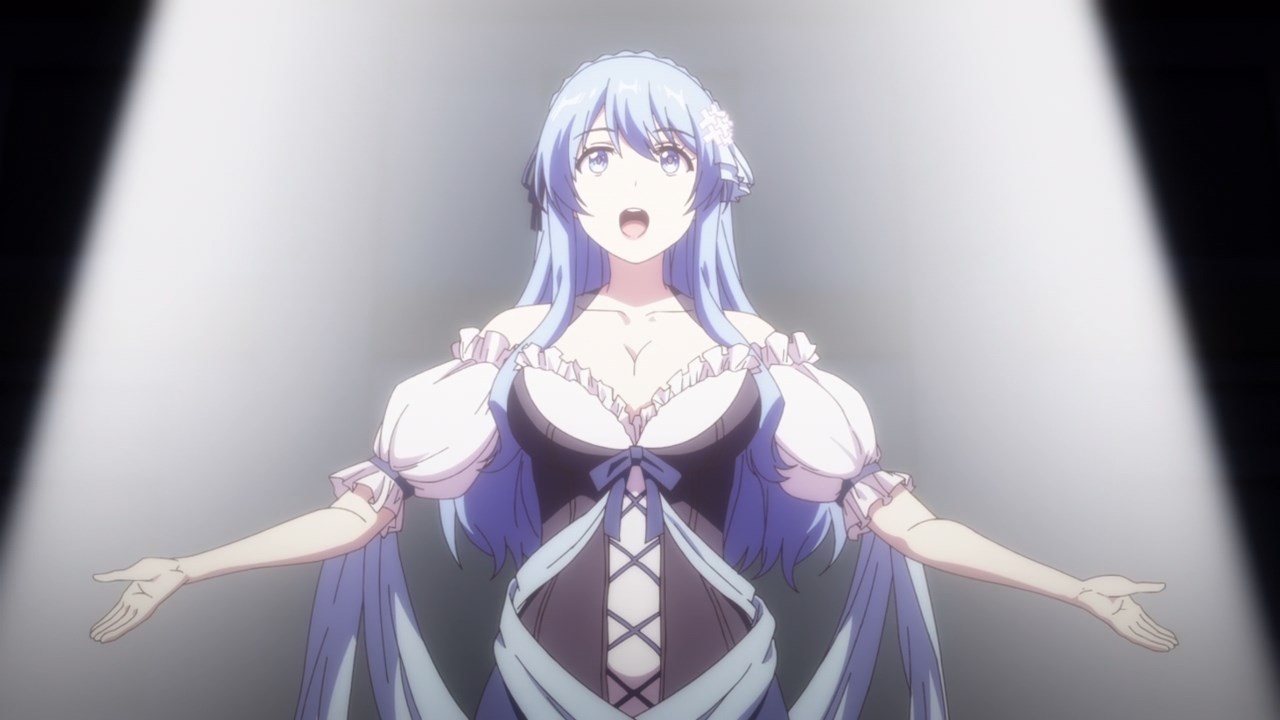 Anyways, looks like Juna Doma is done listening to one of Kazuya Souma’s songs and here’s the thing though as this lorelei performs Megumi Hayashibara’s famous song from Slayers: Give a reason.

You know something, I’m really sold on Juna Doma’s talent that King Kazuya Souma will turn this lorelei into an idol singer in the fantasy world. 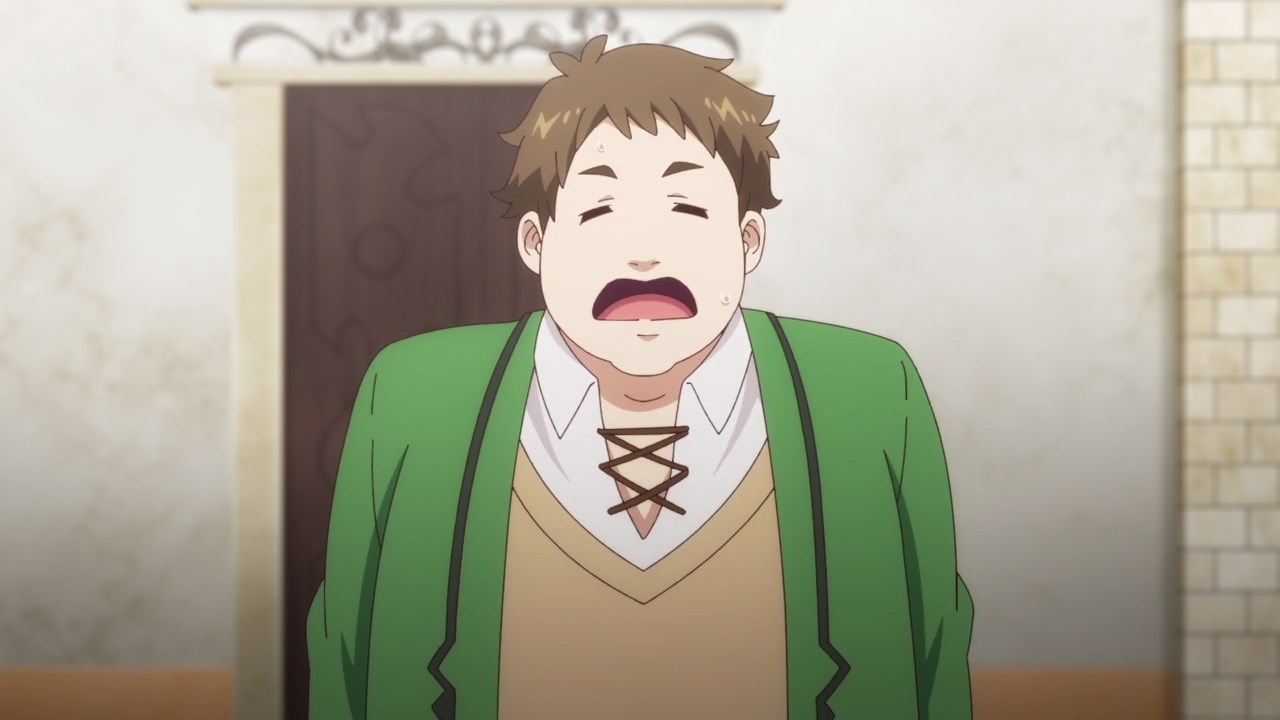 Next up is Poncho Panacotta where he’s known for being a glutton. Well, that’s useless…

Actually, turns out that Poncho has an impeccable sense of smell and taste in which he can find exotic food from far-flung places. Heck, he might find delicacies that might solve Kingdom of Elfrieden’s food crisis. 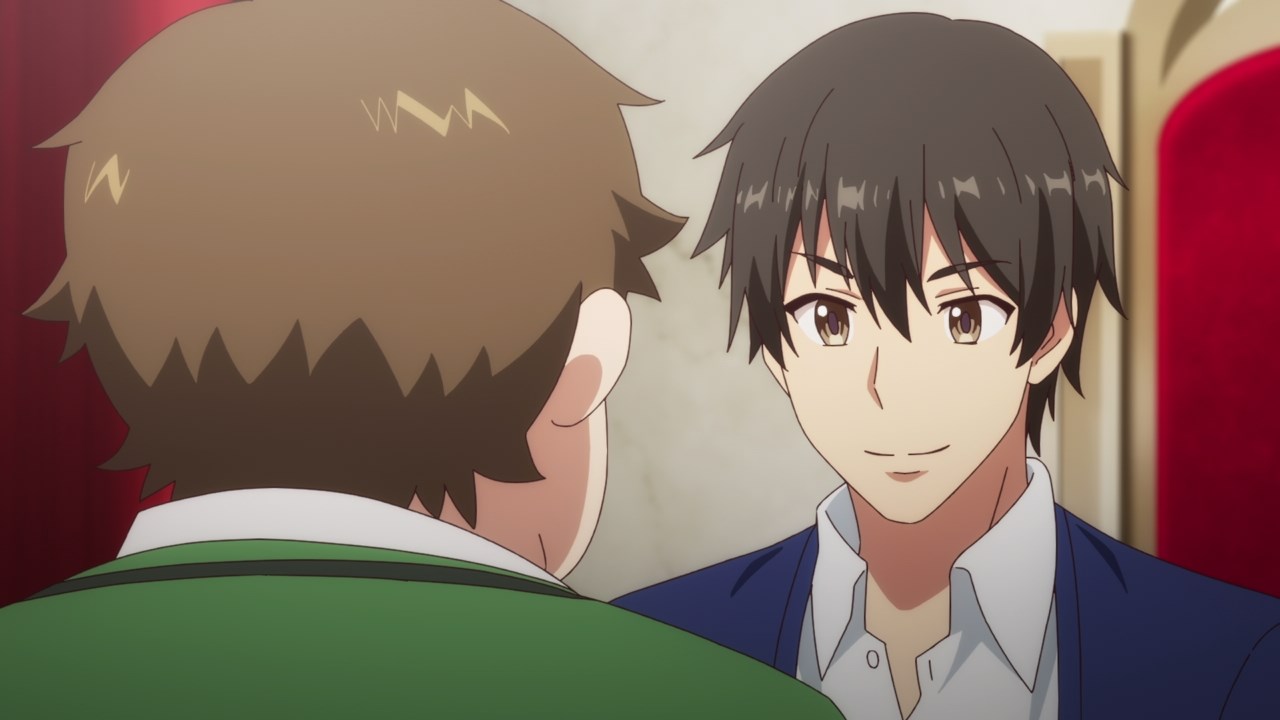 With that said, Kazuya Souma is impressed on Poncho Panacotta’s ability that the king calls him as “Ishizuka” which is based on a famous food critic. Let’s hope that Poncho will live up to Ishizuka’s name. 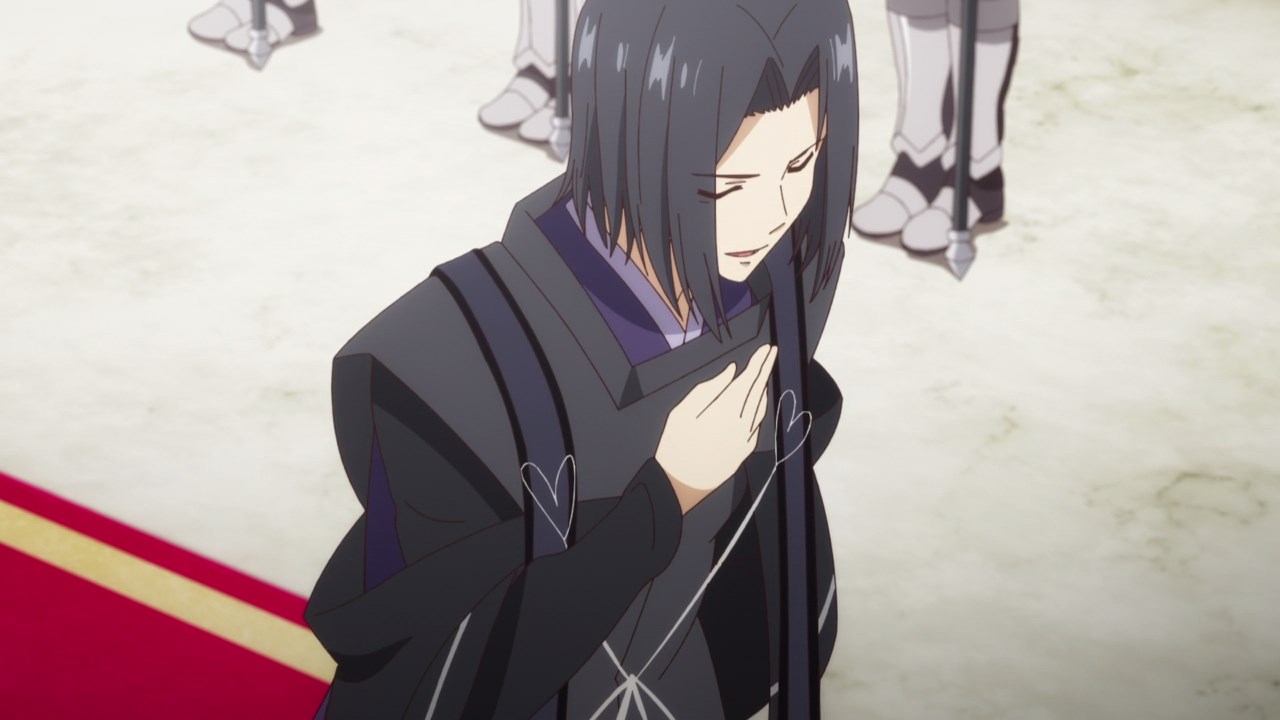 Finally, here’s Hakuya Kwonmin where he has the same intellect and hobbies as Kazuya Souma. Heck, Hakuya knows every page of the book.

Due to this, Kazuya selects Hakuya as the next prime minister, although I’m skeptical on whether he betrays the king or not. Anyways, looks like Kazuya finished his talent search within the kingdom. 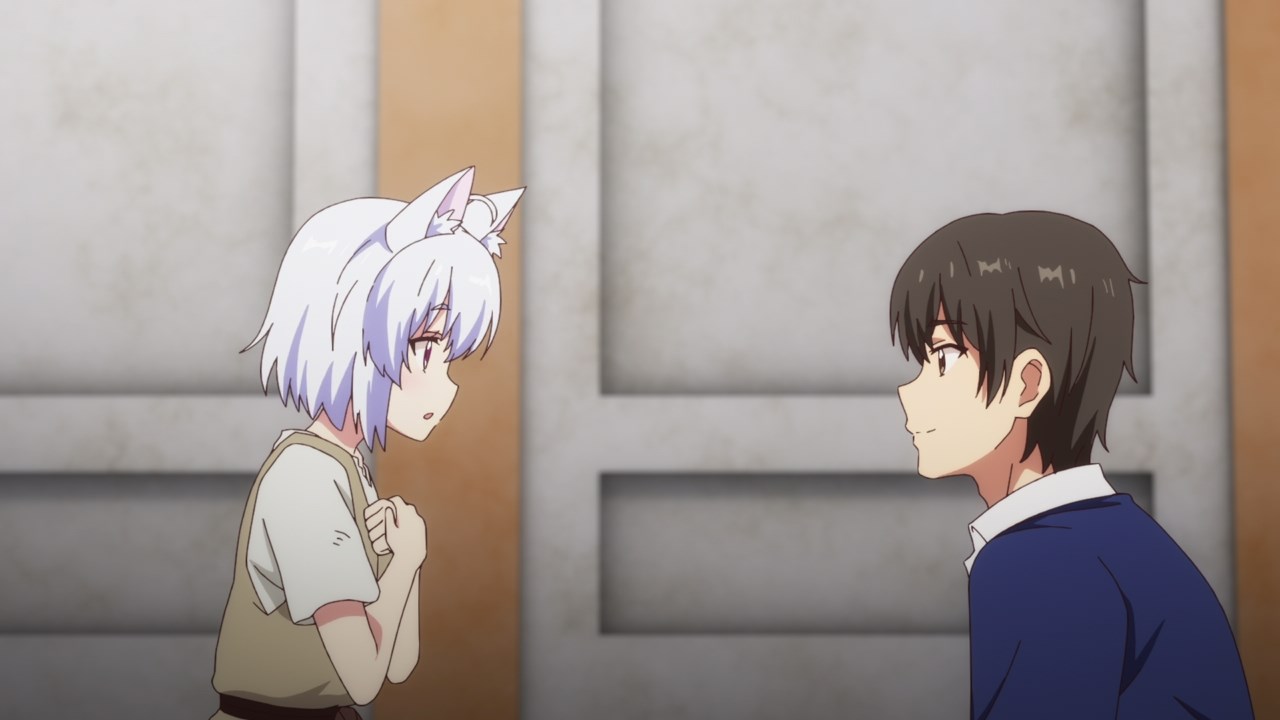 Oh wait, there’s one more as we have a wolf girl named Tomoe Inui in which she has an ability to understand animal language. But, there’s one caveat that Tomoe asked Kazuya to lend his ear. 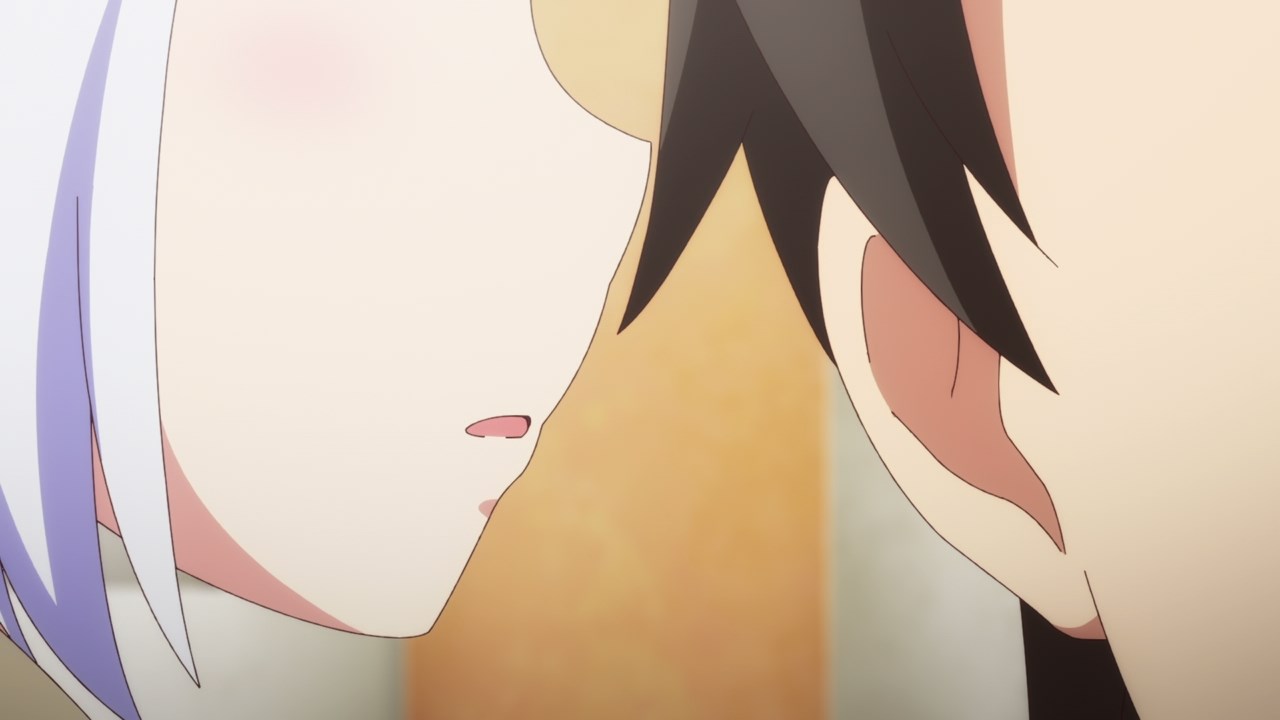 Sadly, we’ll never know what she told him but I have a bad feeling that Tomoe was abused. Anyways, we’ll find that out next time!