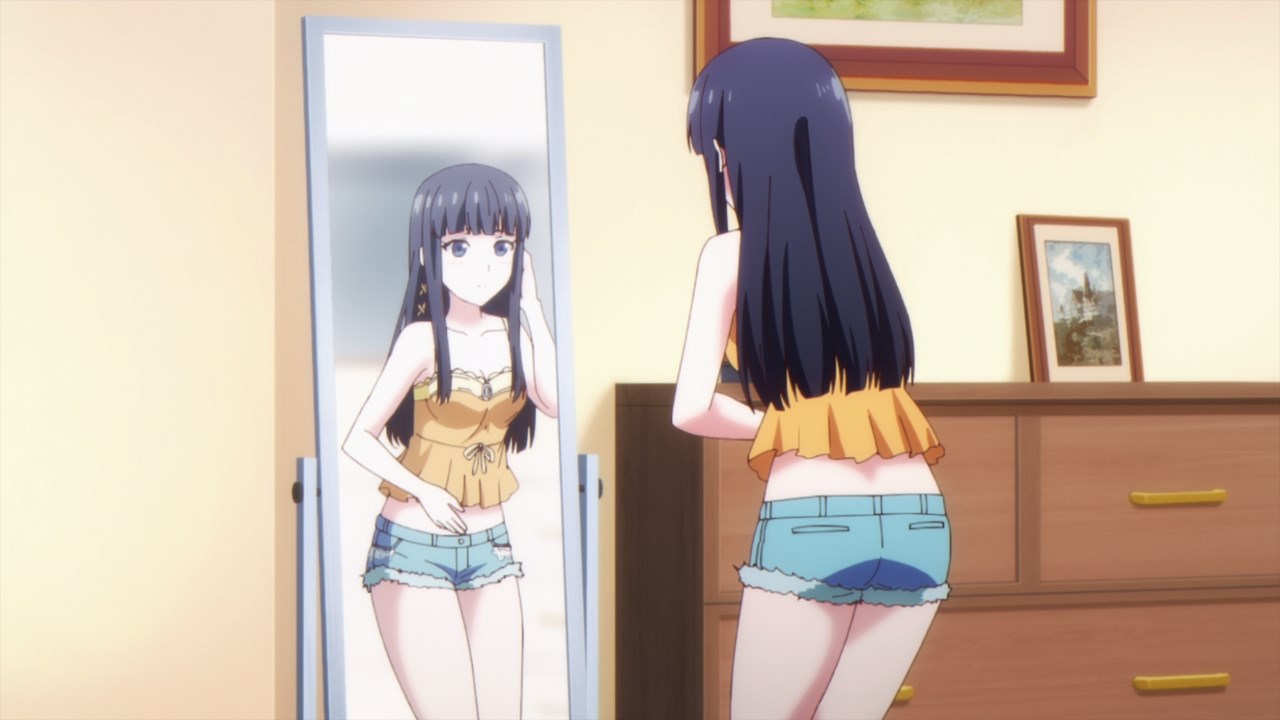 Well you look at that, seems that Miyuki Shiba is dressing up for style towards her dear brother Tatsuya.

Then again, it’s not like Tatsuya-niisama has romantic feelings towards his sister even though Miyuki is wearing skimpy clothing. 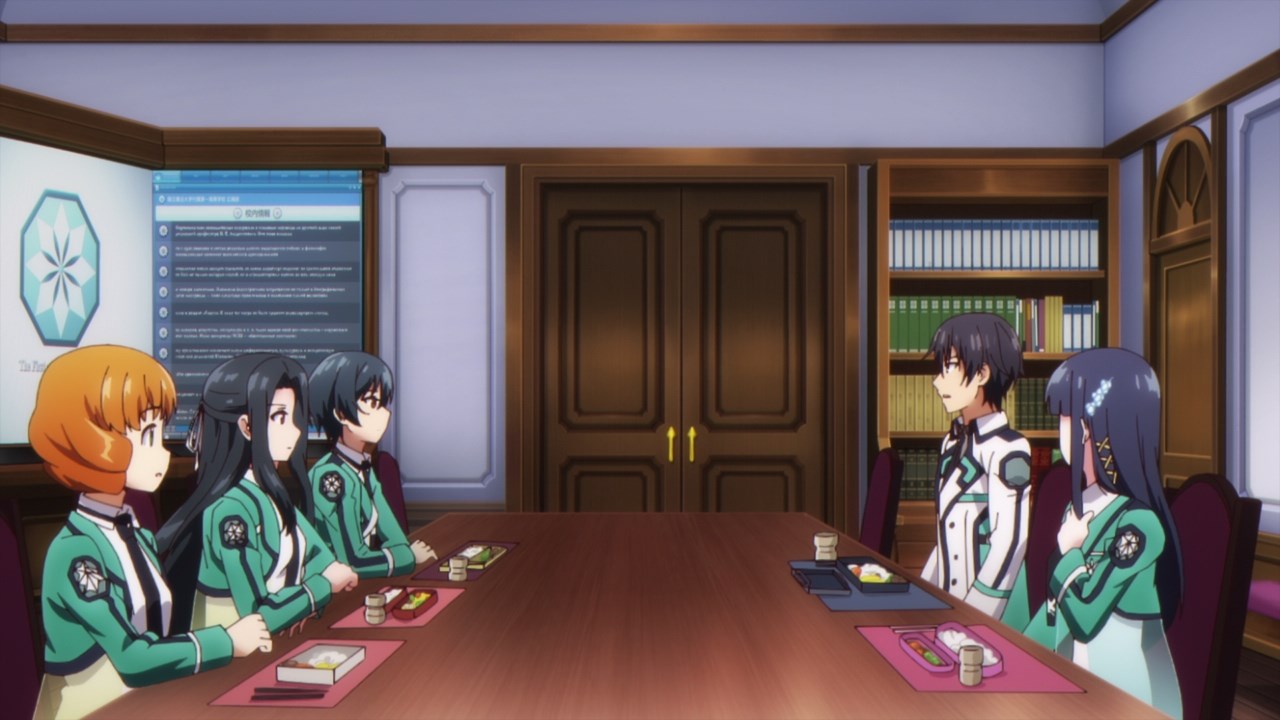 Now let’s move onto the next scene where Tatsuya Shiba told everyone that a Blanche agent has infiltrated First High School. Said infiltrator happened to be Kinue Tsukasa where he used the Course 2 student discourse and recruit them into the organization.

And really, having a terrorist inside the school is a big problem that both the student council and the disciplinary committee should deal with Kinue before he bring in the big guns. 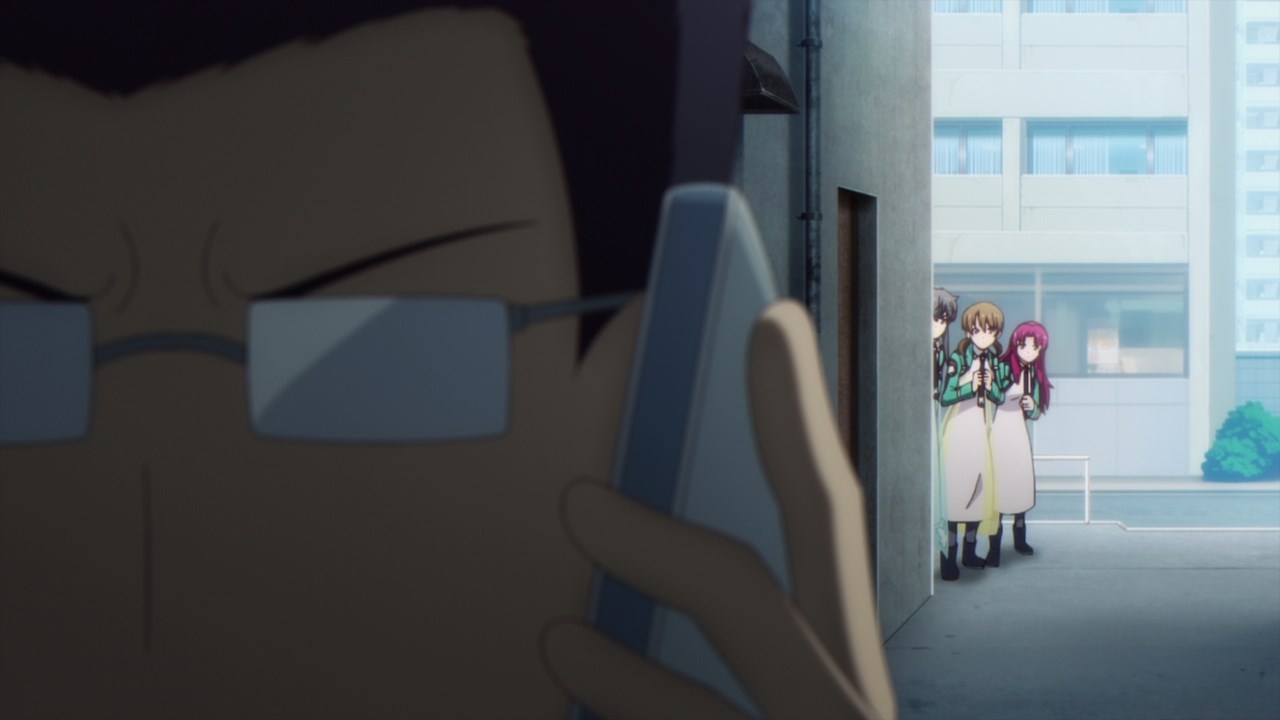 But speaking of Kinue Tsukasa, looks like he’s being tailed by the girls’ detective club where Honoka Mitsui and her friends are following their target. 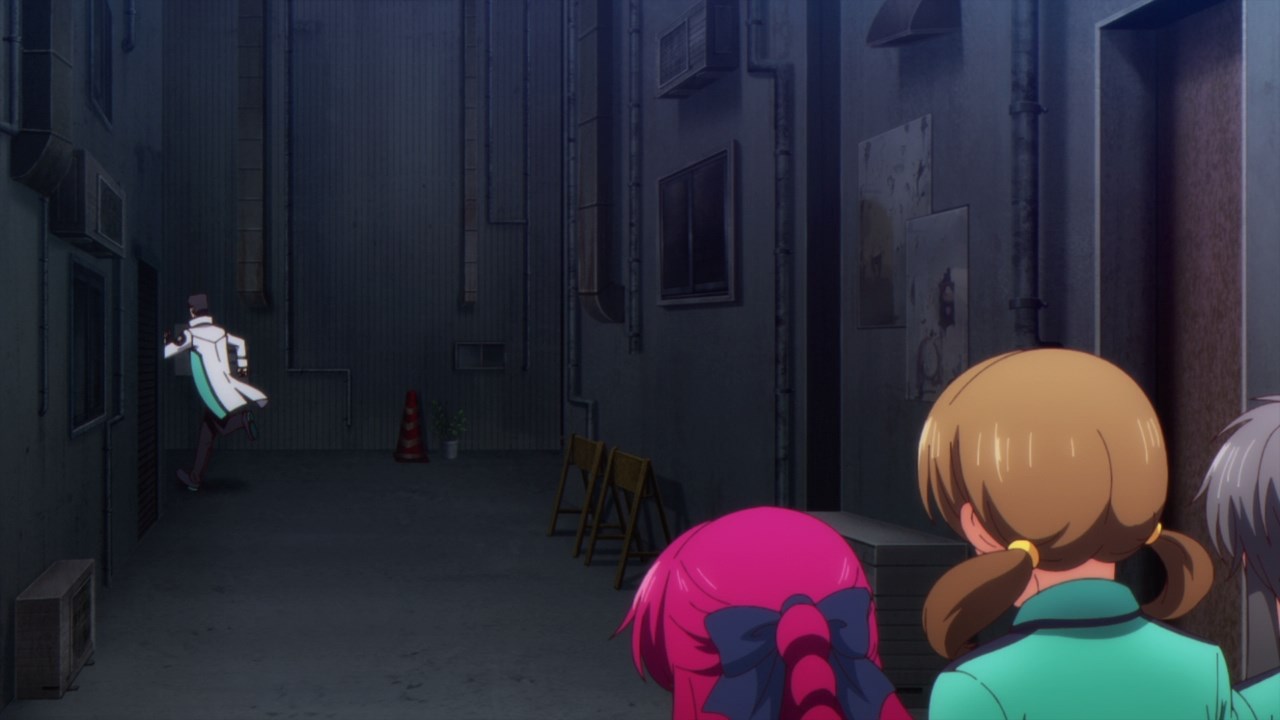 Of course, Kinue is aware of it and decides to run away. I have a feeling that what happens next would be worse for Honoka and her friends. 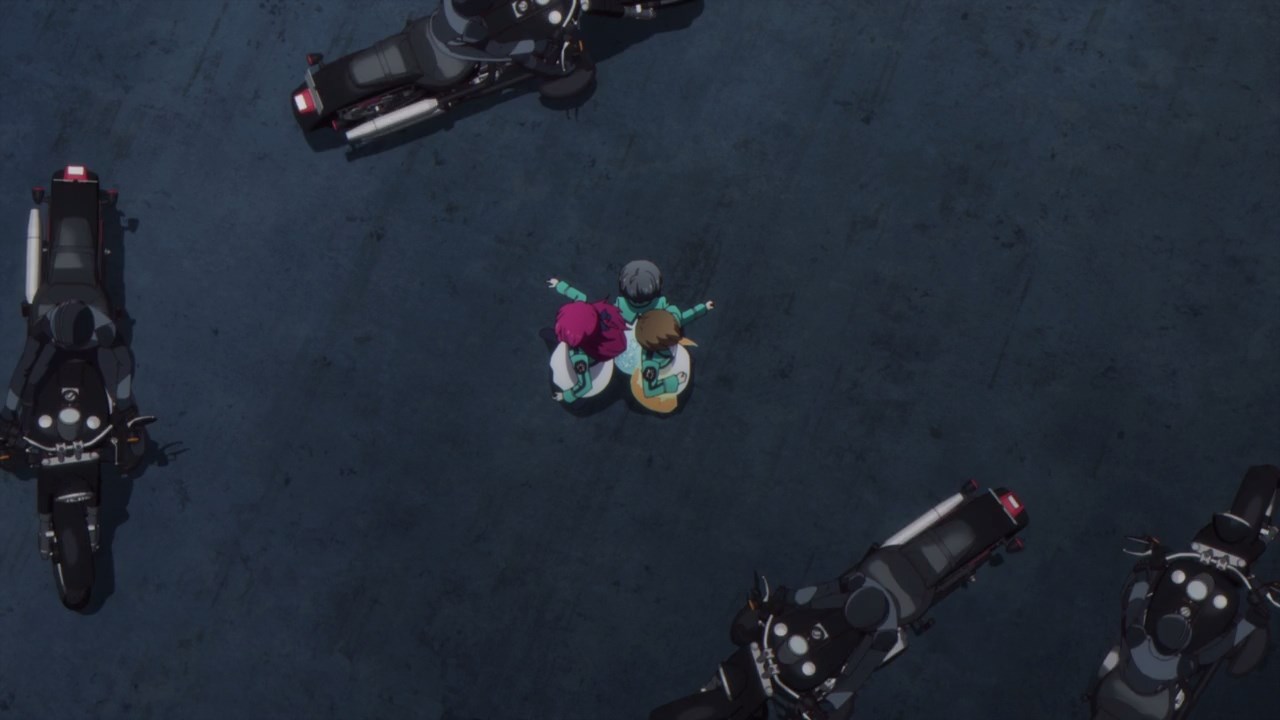 Suddenly, they’re being attacked by a biker squad where they’re clearly interested in kidnapping those girls as a bargaining chip for Blanche. Maybe they shouldn’t have tailed Kinue in the first place. 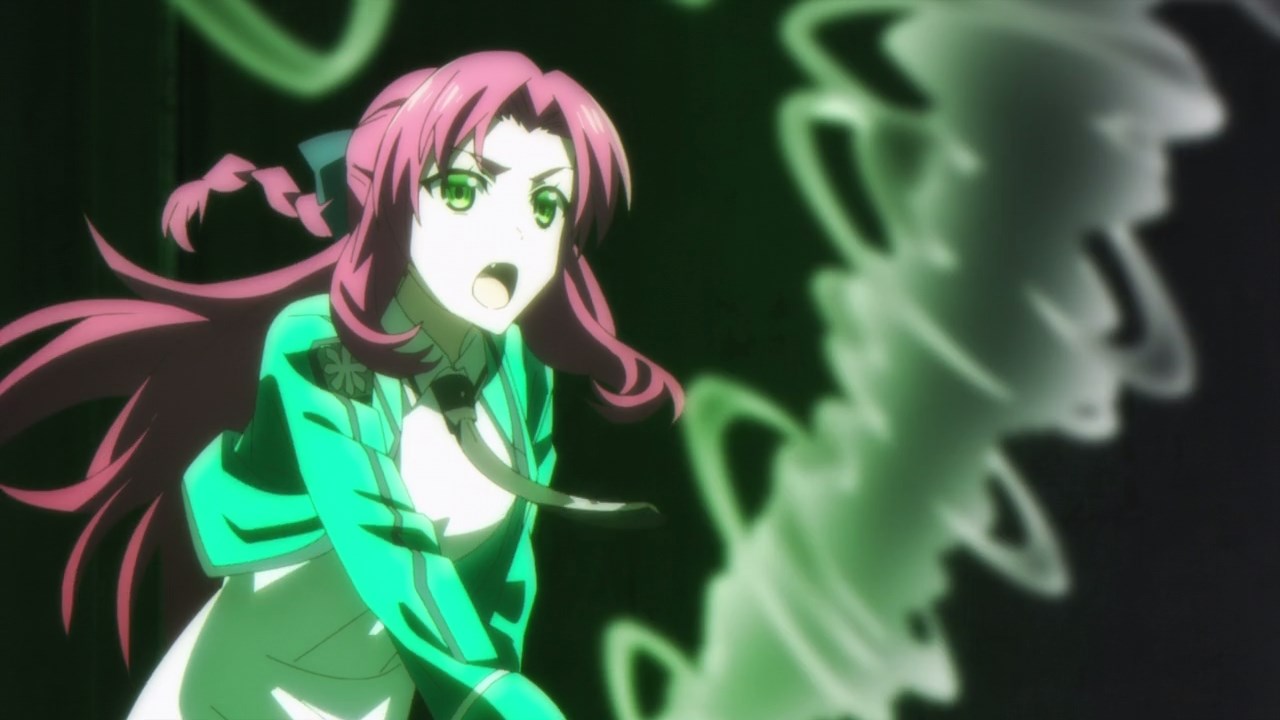 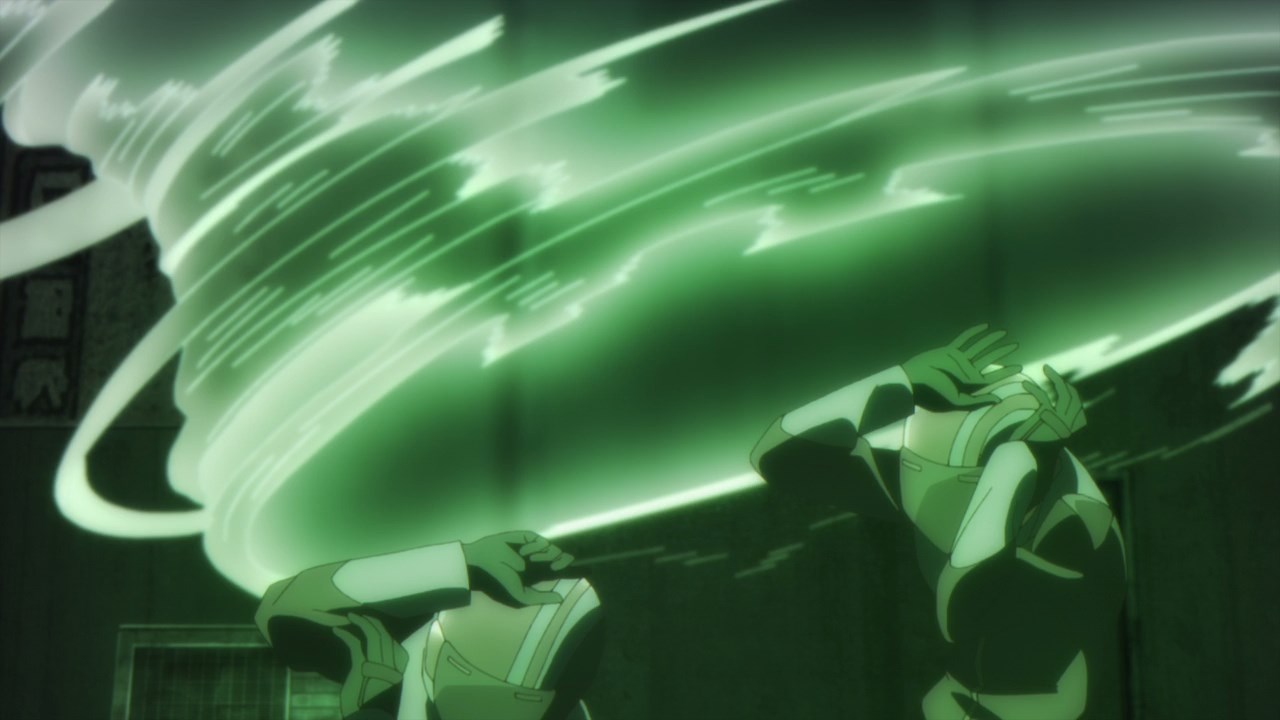 Luckily, Eimi Amelia Goldie Akechi can fend off those bikers with her wind magic as she hammers them down.

Now, this will be a chance for Eimi and her friends to run away since she managed to knock them down with her magic. 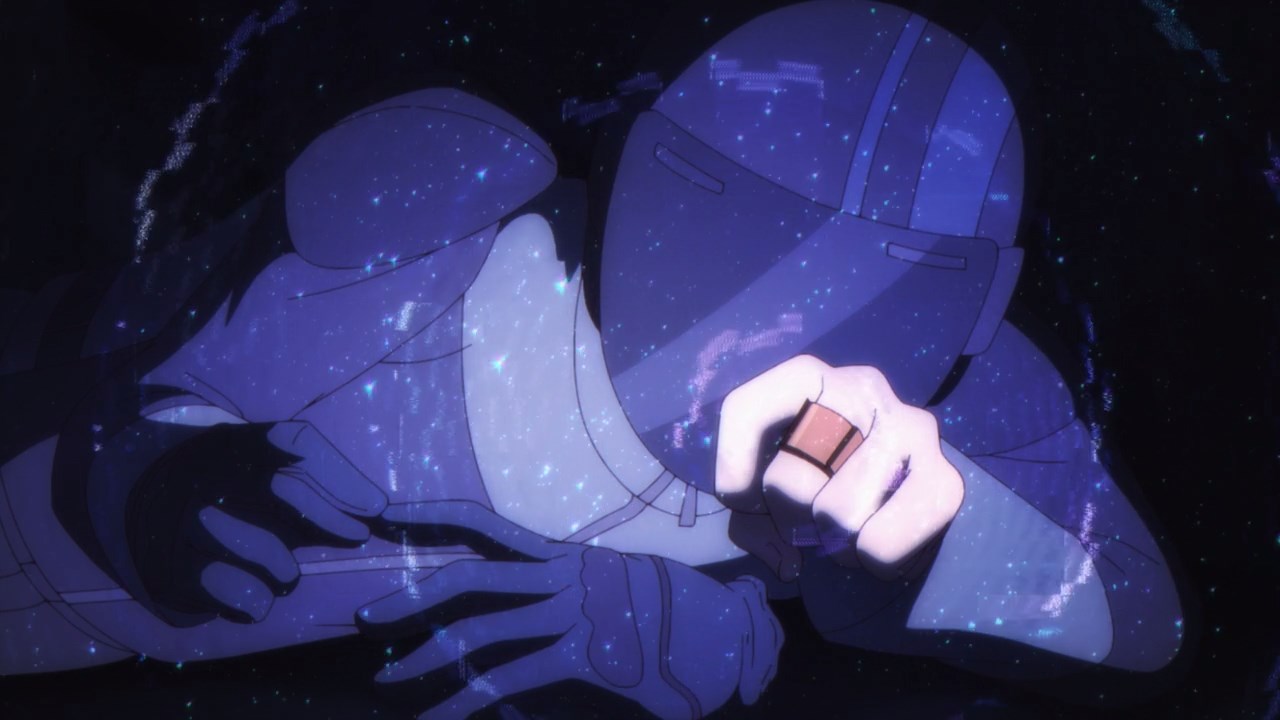 But, Blanche’s biker gang has an ace up their sleeve as one of them used an Antinite-fueled Cast Jamming Ring to stun the students. 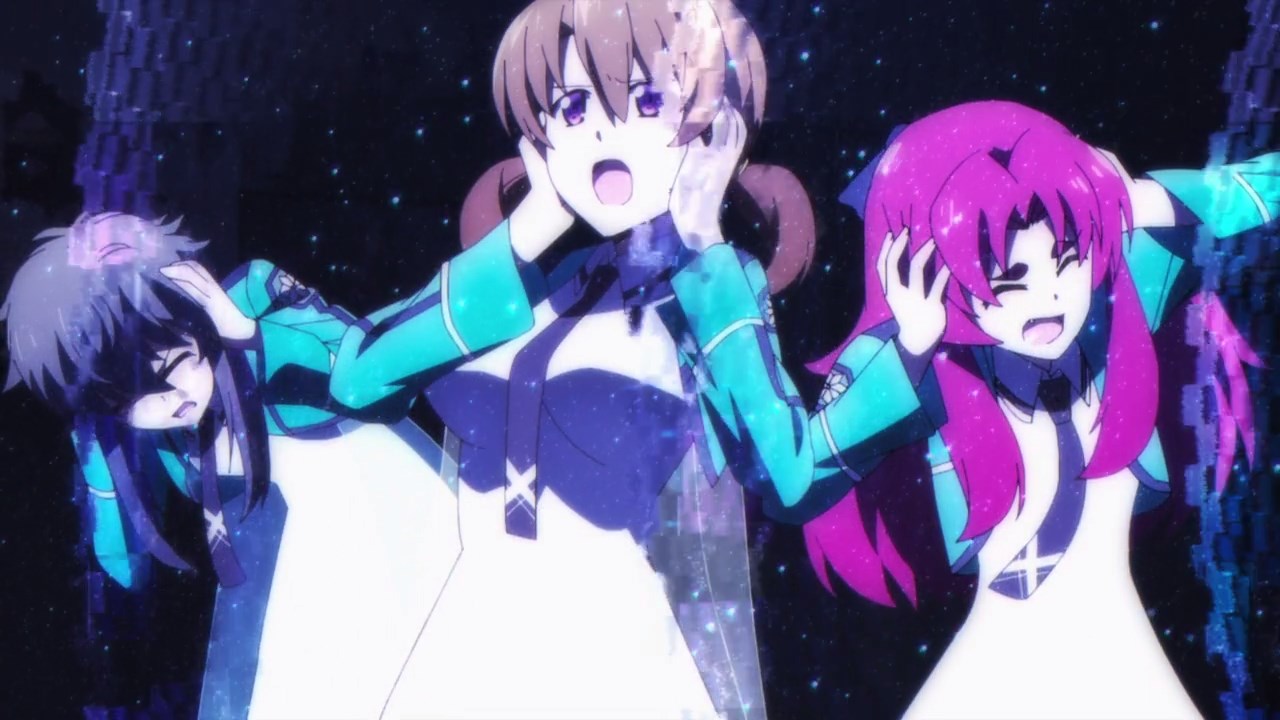 Yes, cast jamming is effective towards Honoka Mitsui and the rest of the girls’ detective club, but I fear that they’re gonna get killed soon if no one saved them. 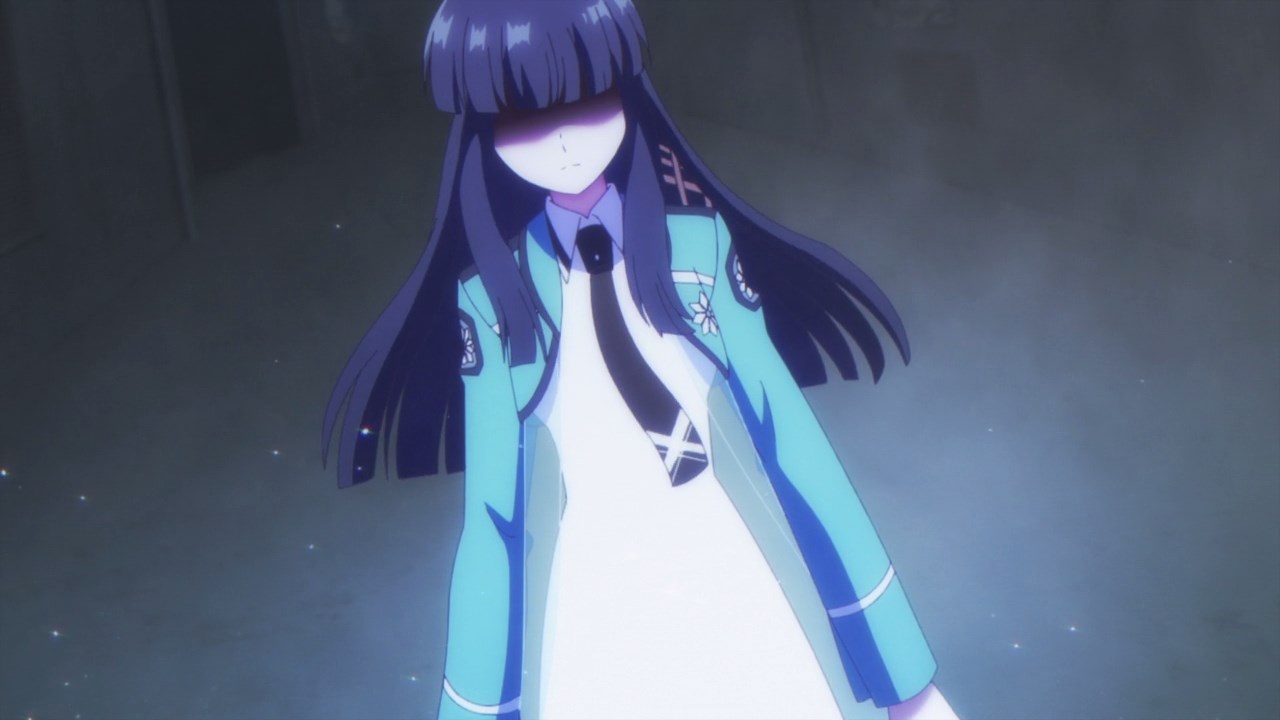 Luckily, Miyuki Shiba came to the rescue where she’s really angry that her classmates got really hurt. 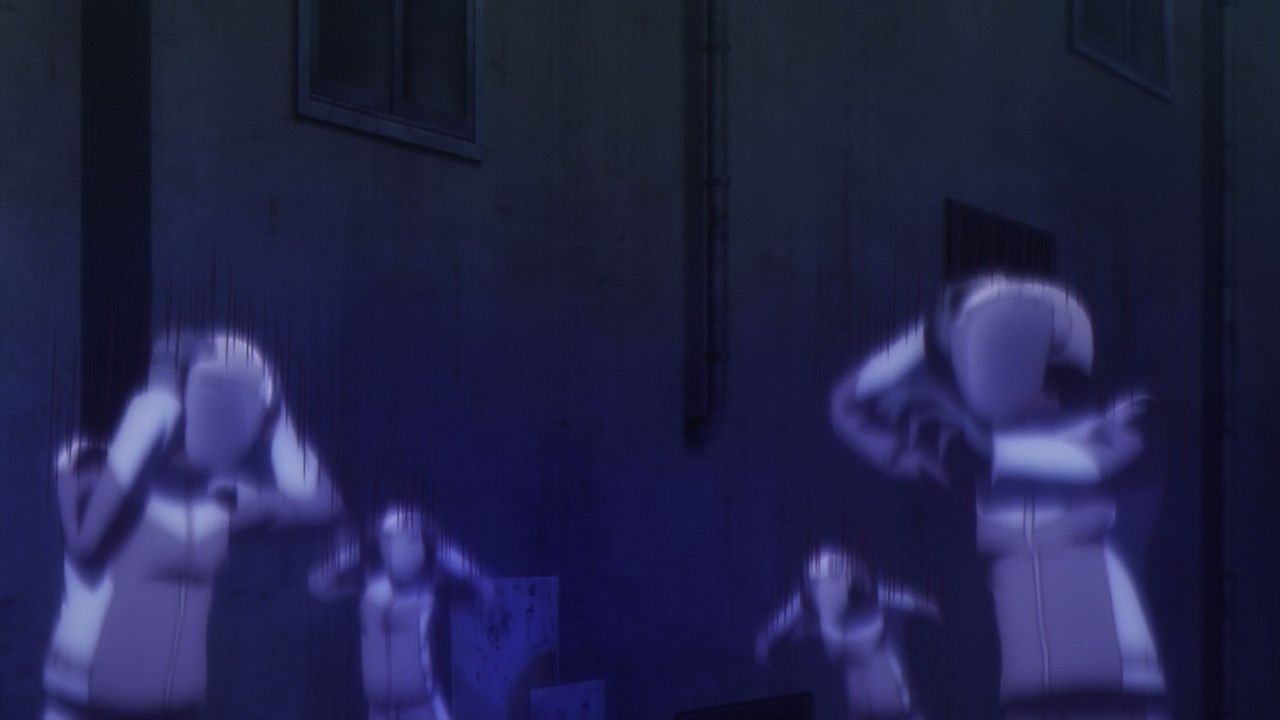 So, Miyuki give them a taste of their own cast jamming medicine as the biker gang got wrecked pretty hard until they give up.

Looks like they lost the battle easily as their Cast Jamming ring is not effective towards Miyuki Shiba. 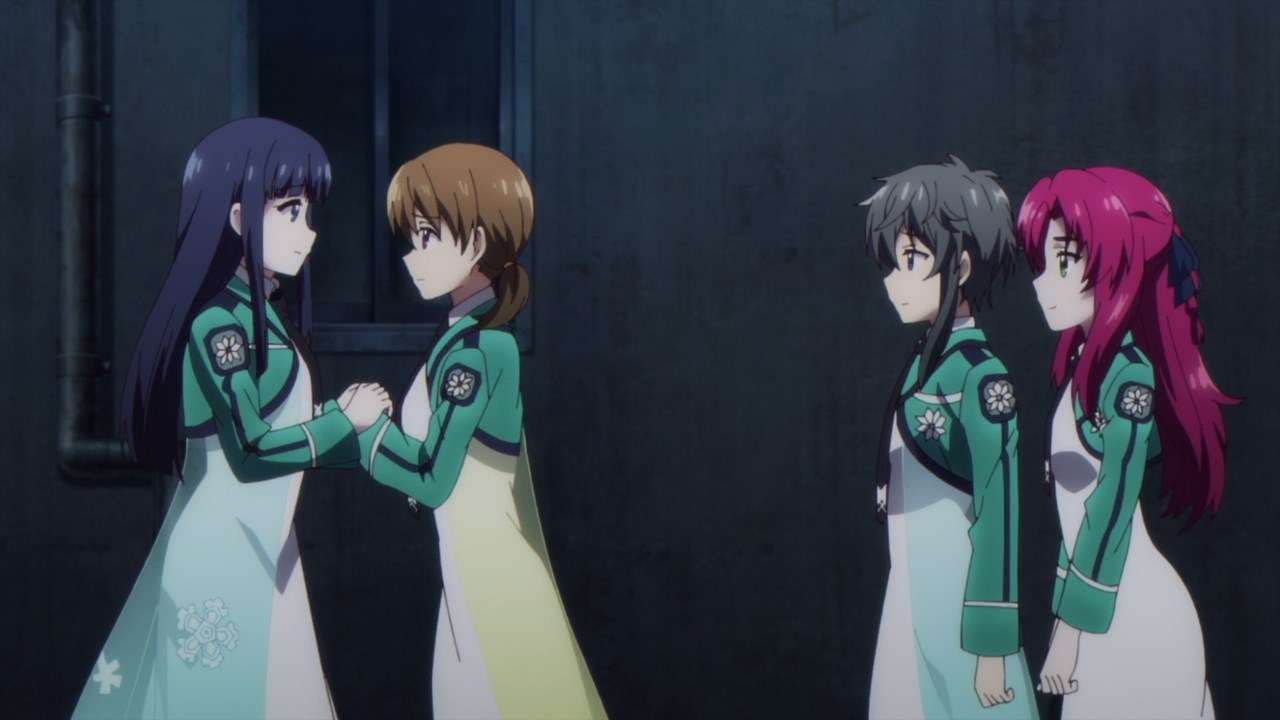 Anyways, Miyuki is happy that Honoka and the rest are okay. Of course, I hope that they won’t do it again because it’s dangerous to deal with terrorists.

Then again, both Honoka Mitsui and Shizuku Kitayama will eventually get used into danger really soon as Tatsuya Shiba drags them into perilous missions. 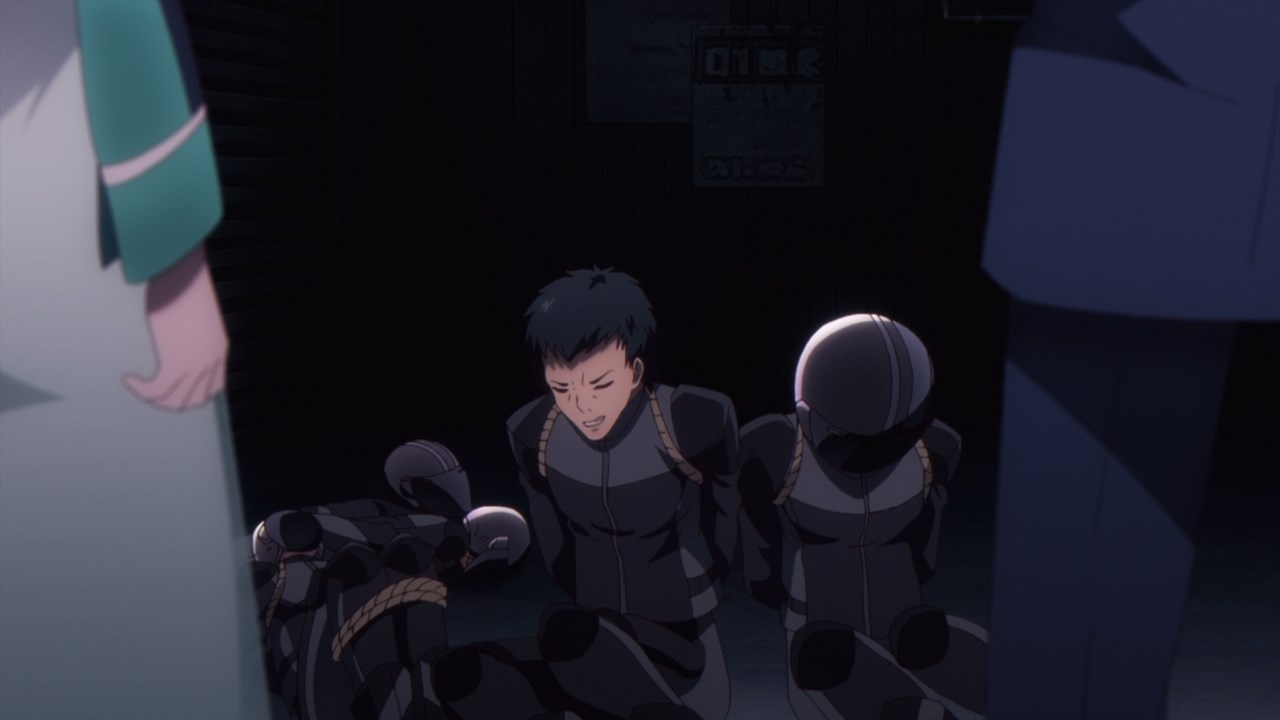 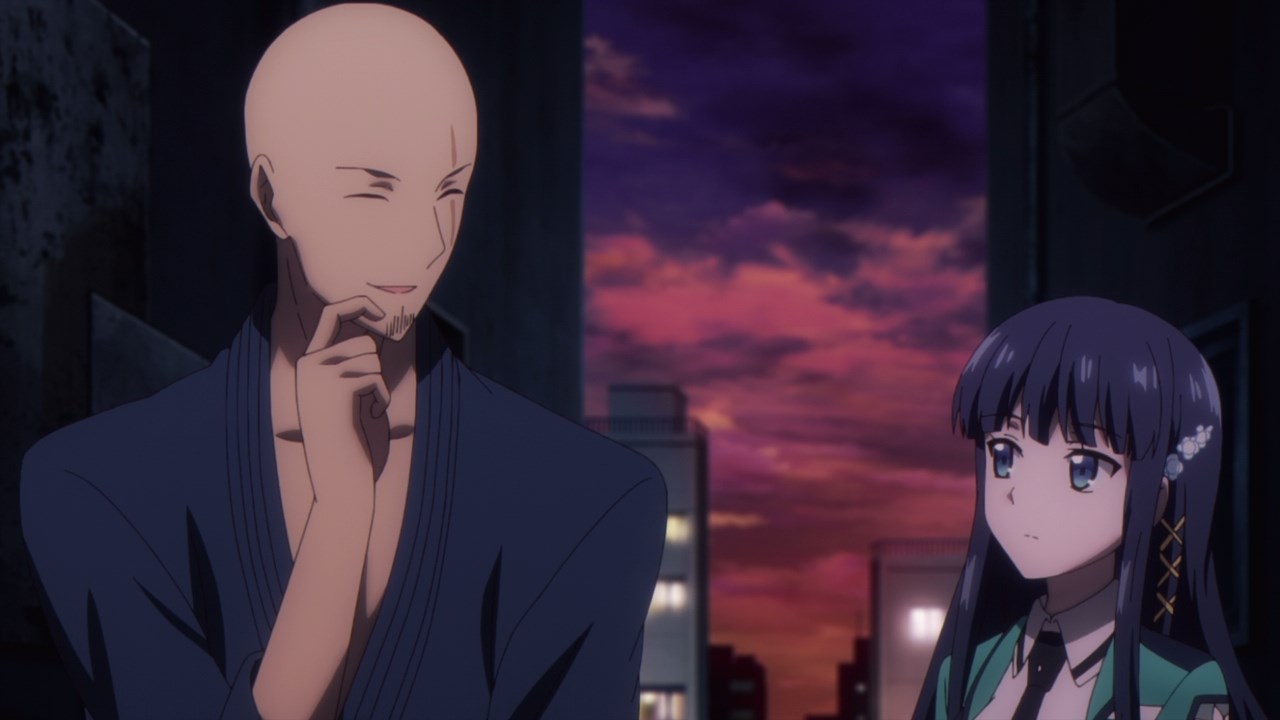 One last thing, looks like Yakumo Kokonoe will do the interrogation against these terrorists as they need to deal with Blanch sooner than later. 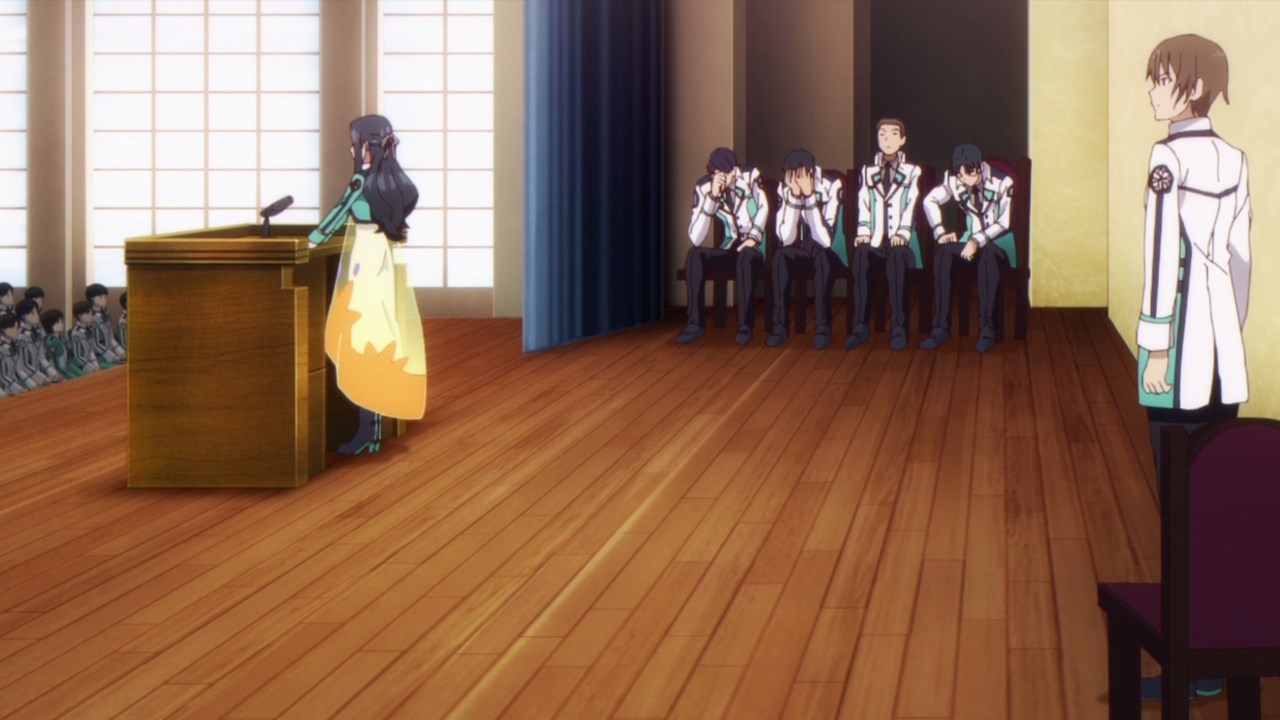 Well everyone, let’s end this episode where First High School will have a dialogue between Course 1 and Course 2 students in regards to the class divide.

Of course, Mayumi Saegusa vows to break these barriers because she wants a campus where everyone can enjoy their school life regardless on what course they belong to. 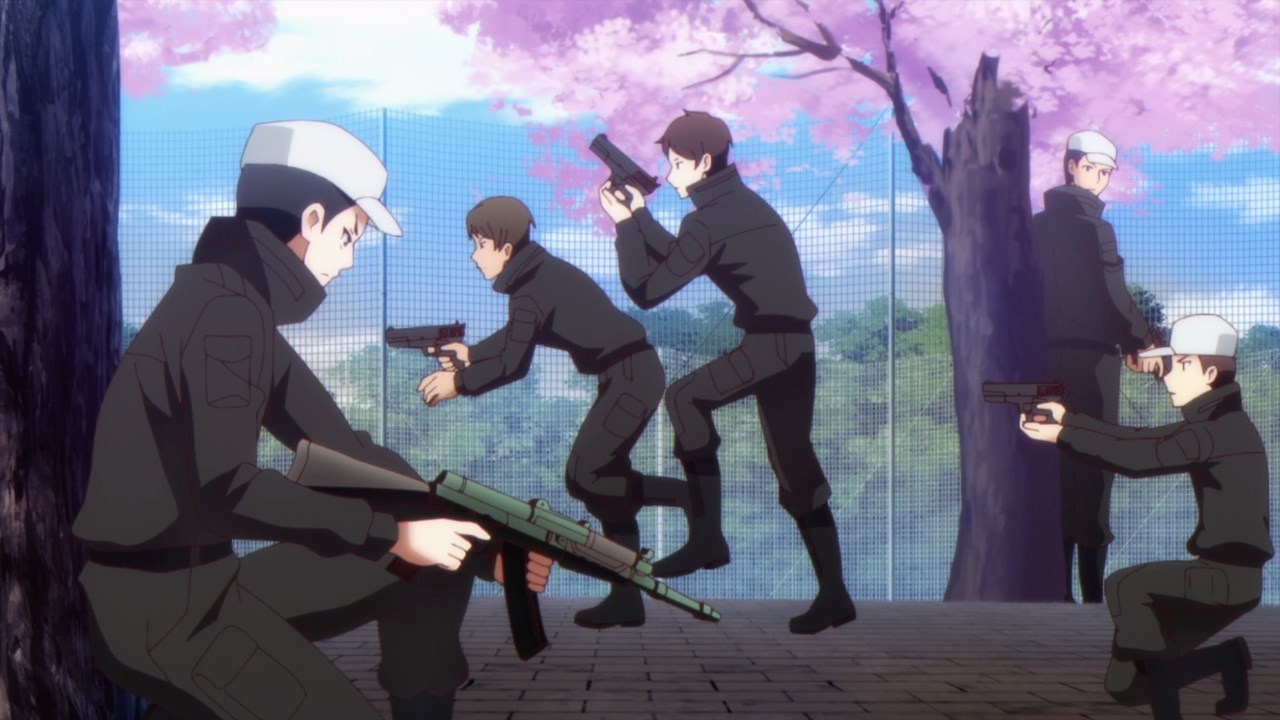 Unfortunately, there’s Hajime Tsukasa and the rest of Blanche as they’re gonna storm the school in the name of equality. God, I hope they won’t get wrecked by Tatsuya Shiba on the next episode. *wink*