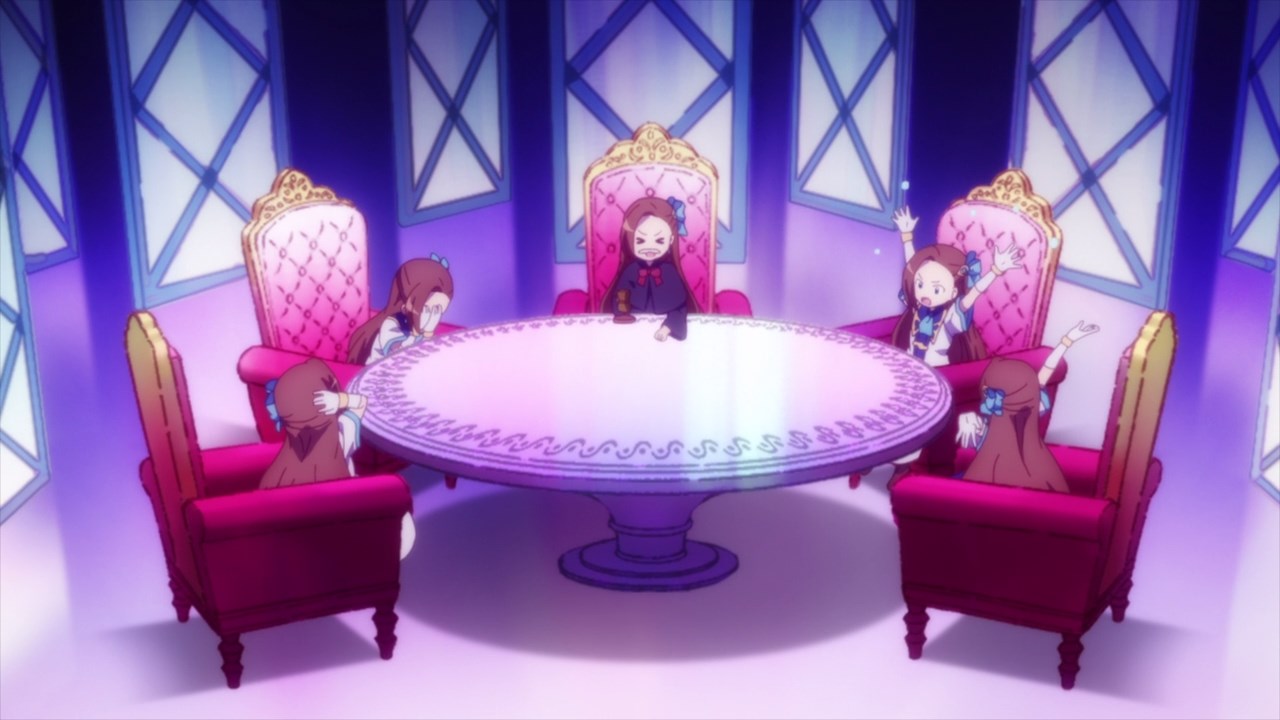 Well everyone, it looks there’s another death flag coming up as Catarina Claes is about to meet her end against a devious butler who has dark magic. Man, this is gonna suck! 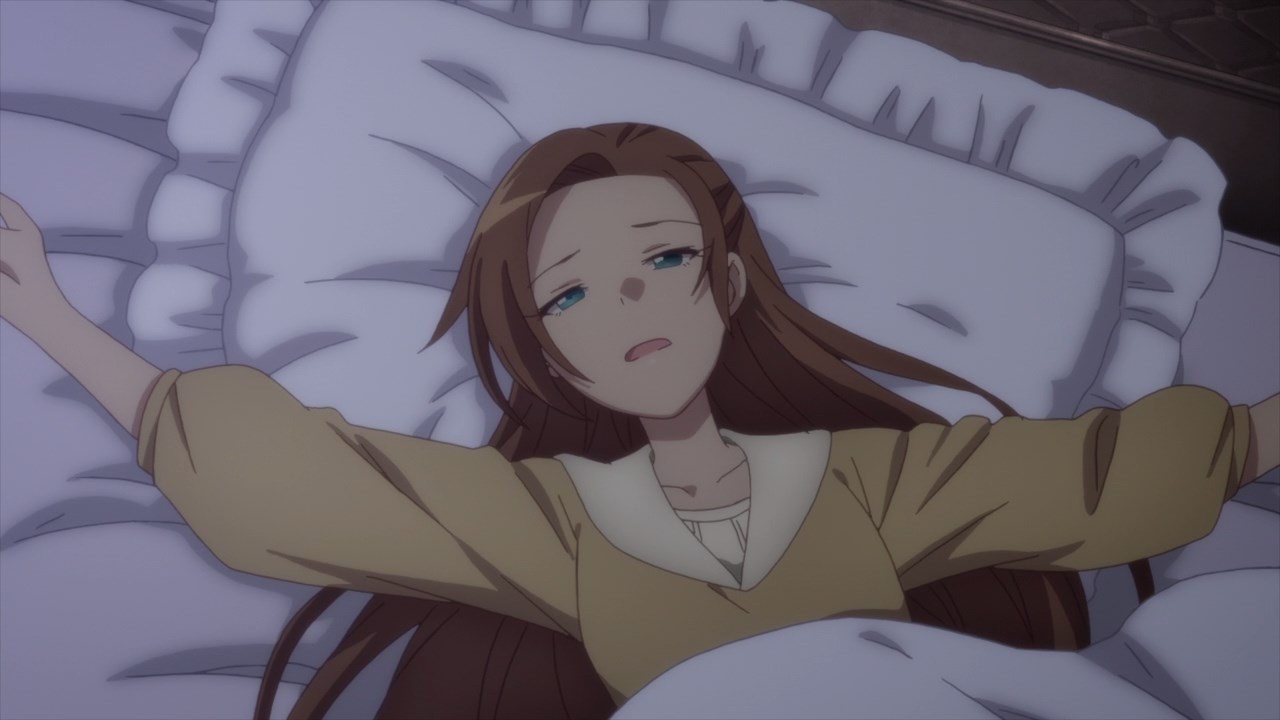 However, it appears that Catarina Claes had another bad dream as she woke up at noon. Then again, I wonder if she’s still kidnapped or not ’cause I heard that Selena Berg kidnapped Catarina? 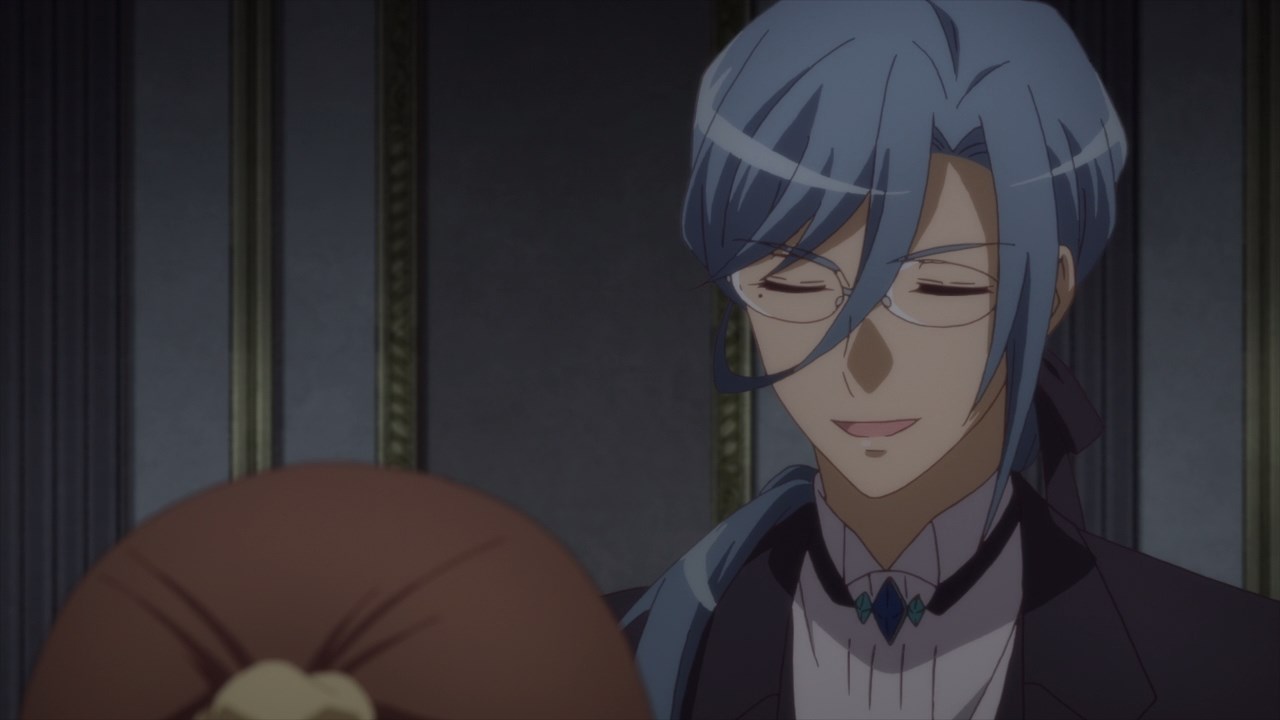 Oh wait, she’s still is as Catarina Claes meets the mastermind behind the kidnapping. This is Rufus, Selena’s butler who was tasked to not only eliminate Geordo Stuart and Catarina Claes, but also Ian Stuart and Selena Berg using dark magic.

Okay, it appears that this butler is the biggest threat but why would Rufus do that like putting Selena Berg to sleep? 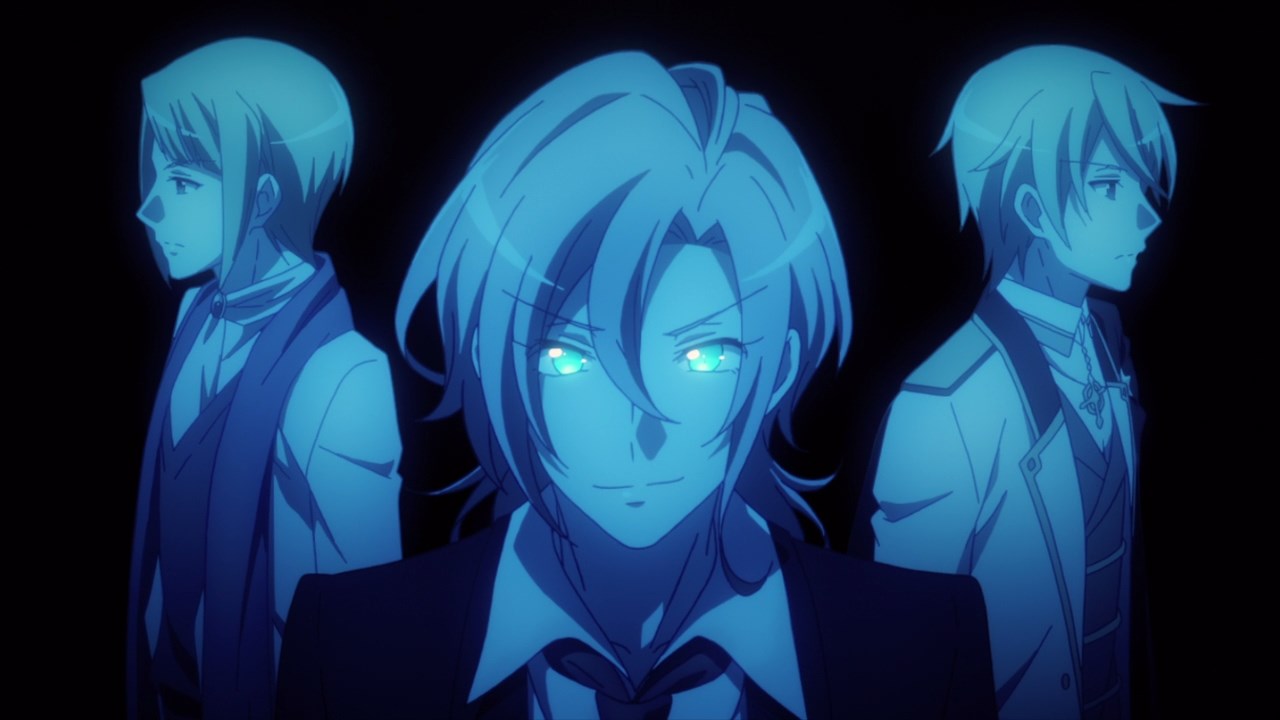 Turns out, Rufus was ordered by his master to eliminate both Geordo and Ian so that Geoffrey can take the throne.

Man, the succession crisis of the Stuart household is getting more complicated. But you know something, I have a feeling that someone close to Geoffrey is doing the dirty work much like Selena Berg. 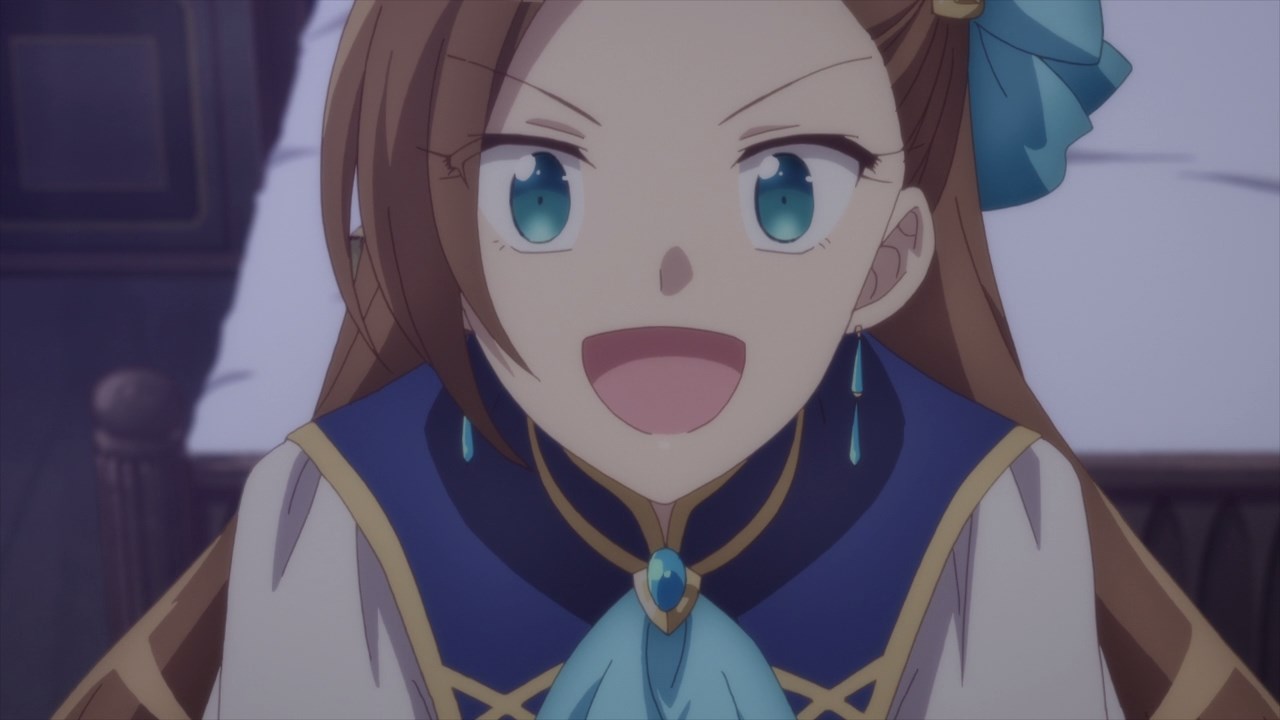 Of course, Catarina Claes is so unfazed by Rufus’ threat that she’s very curious on he became Selena’s butler despite having dark magic.

As expected from Bakarina, she’s not scared at all but I was wondering if this is a Stockholm Syndrome situation? 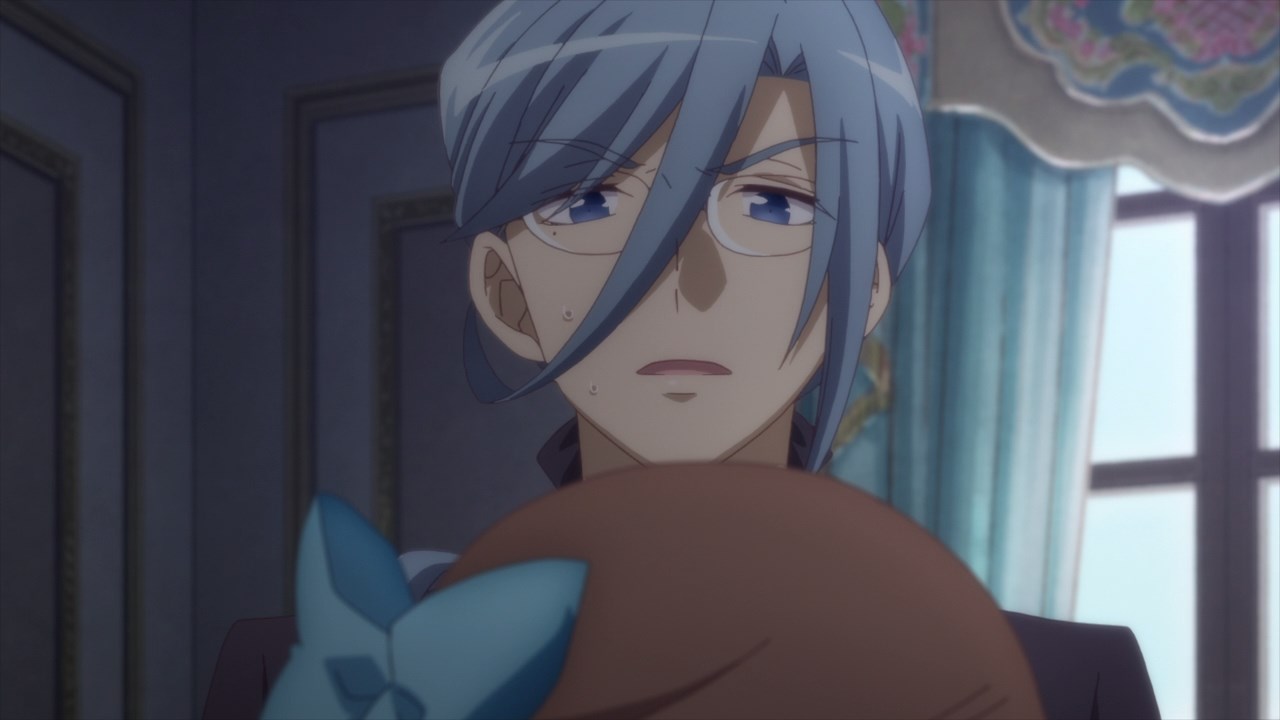 Speaking of Rufus, he’s really stunned that Catarina is casually talking to him. So much that this butler finally gave up on Catarina and decided to reveal his true identity.

Man, seems that bad guys like Rufus can’t resist to Catarina’s charms even though she was a villainess to begin with. 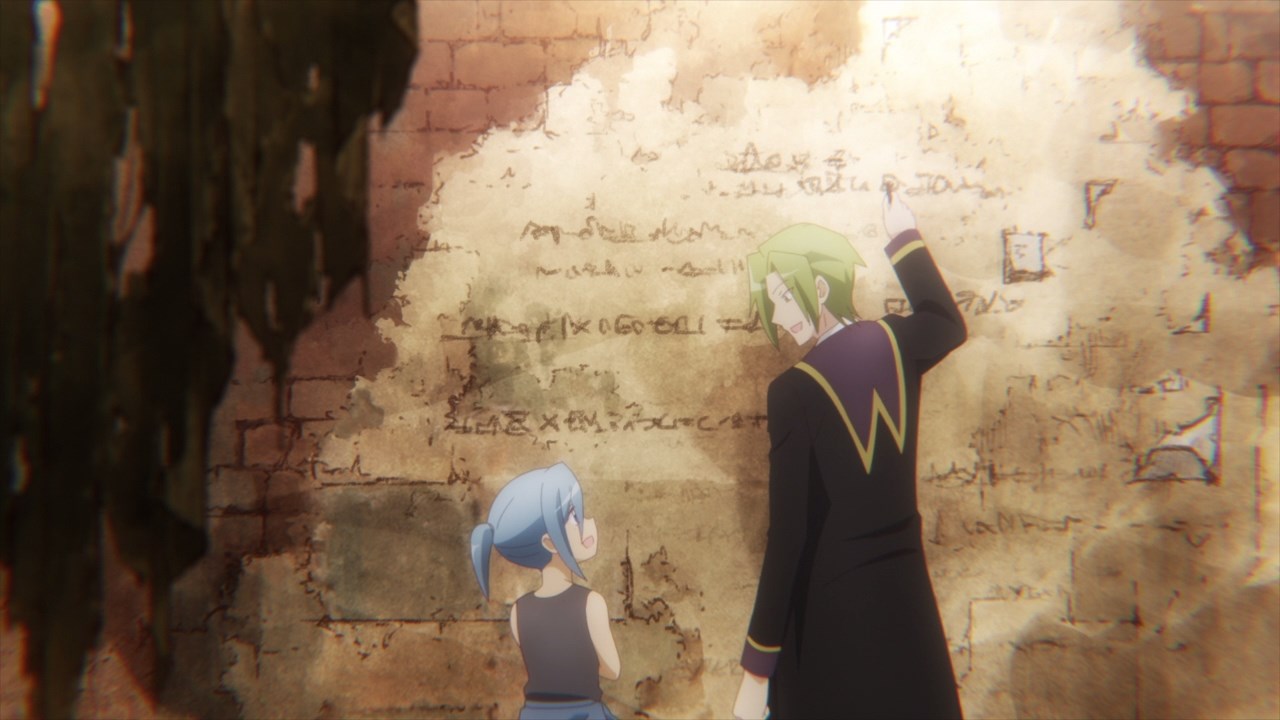 Anyways, turns out that Rufus’ real identity is actually Sora, although that name was given by a random guy who went to the slums to teach him various things like language, mathematics, etc. 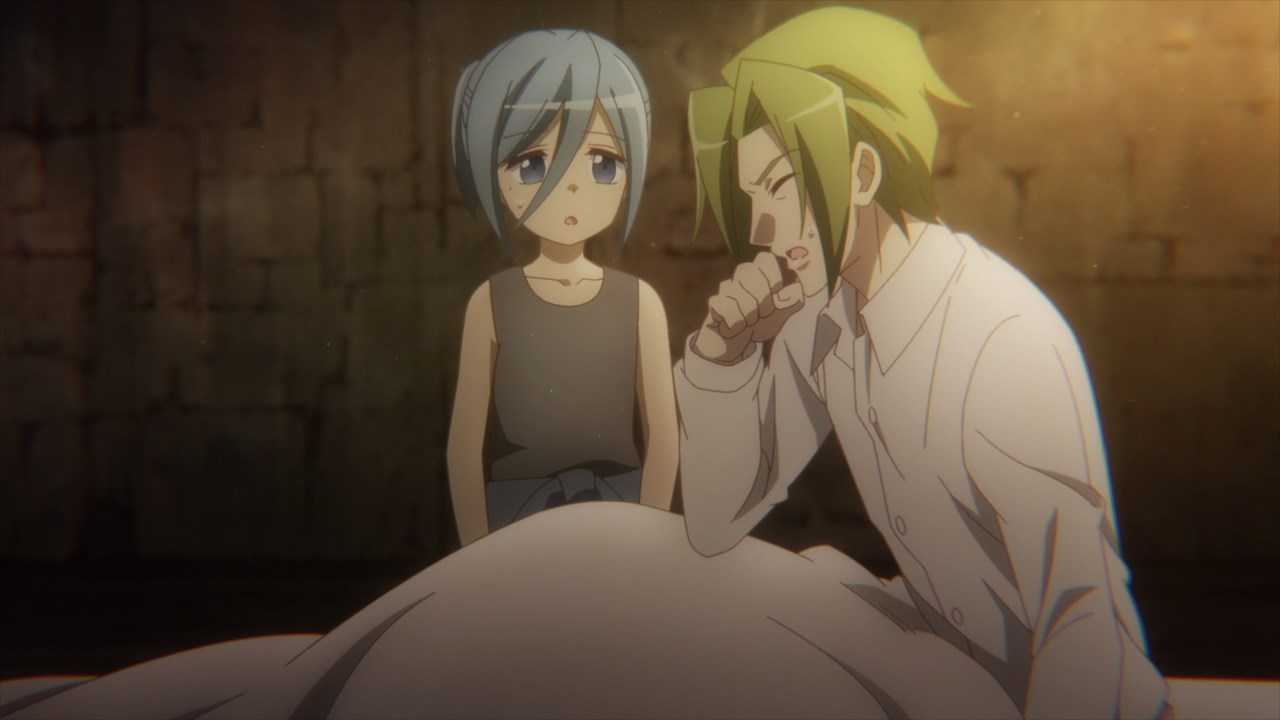 Unfortunately, Rufus’ (or Sora’s) teacher got seriously ill that the only way to save him is to get some medicine.

But even then, buying medicine is very expensive so Sora decides to steal it anyway because c’mon, he came from the slums where pilfering items is the only way to survive. 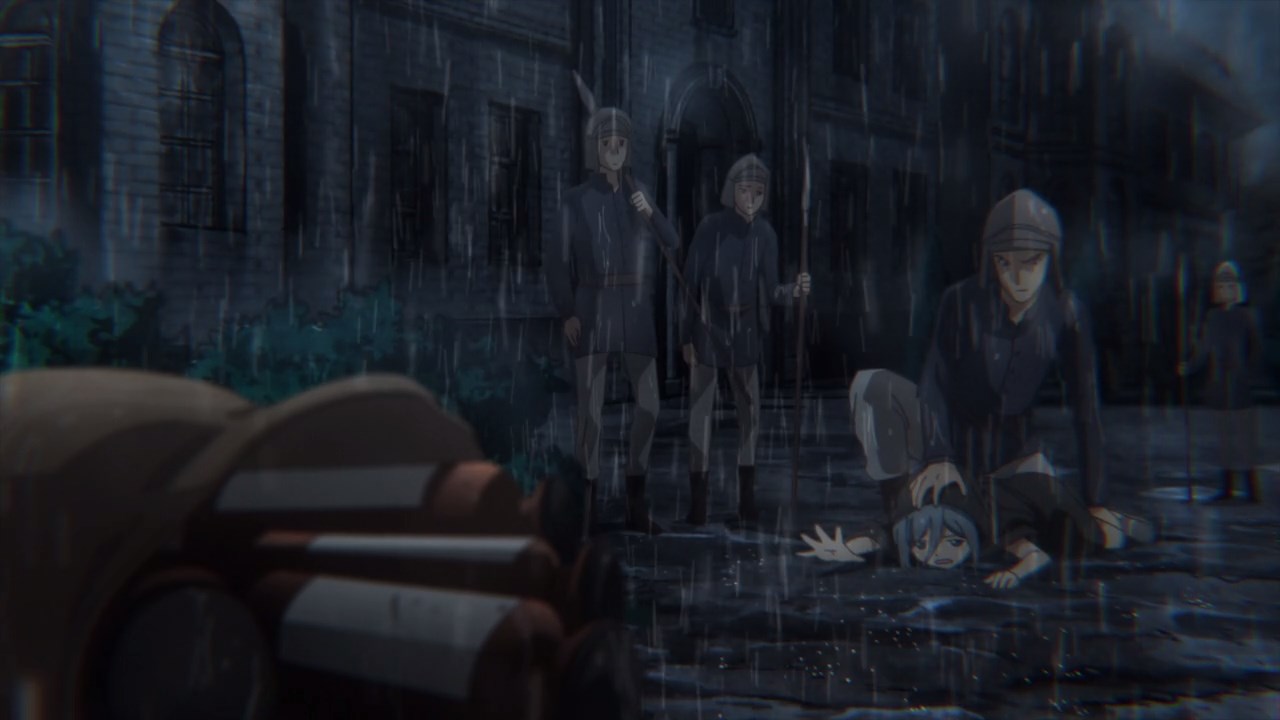 Unfortunately, he failed to give the medicine to his master when the guards capture him, meaning that Sora’s master died from illness.

And it gets worse when a noble has an interest towards Sora that he imbued dark magic on the street kid, therefore Sora became the smooth spy/butler under the codename Rufus.

So yeah, Sora/Rufus had a rough life that he was forced to become the bad guy to shake the entire Stuart household. 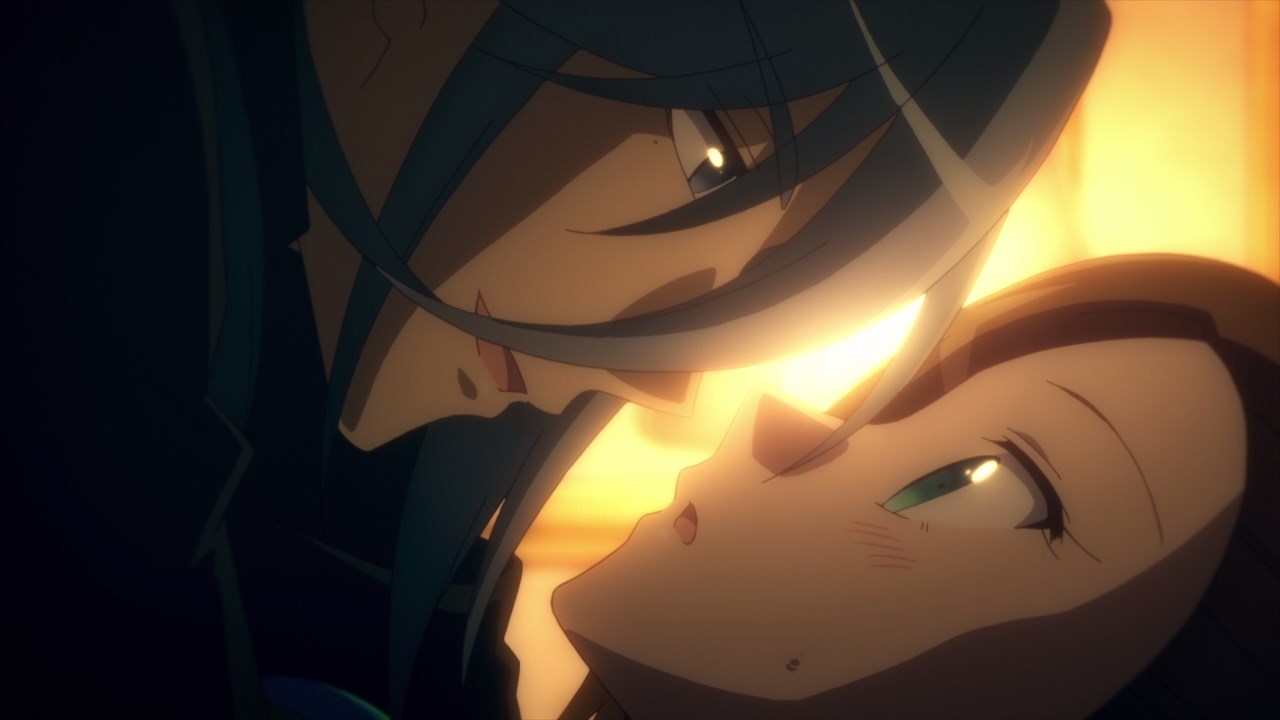 Unfortunately, he’s done sharing his backstory as Rufus is about to rape Catarina Claes. Dammit, this is worse than a death flag! 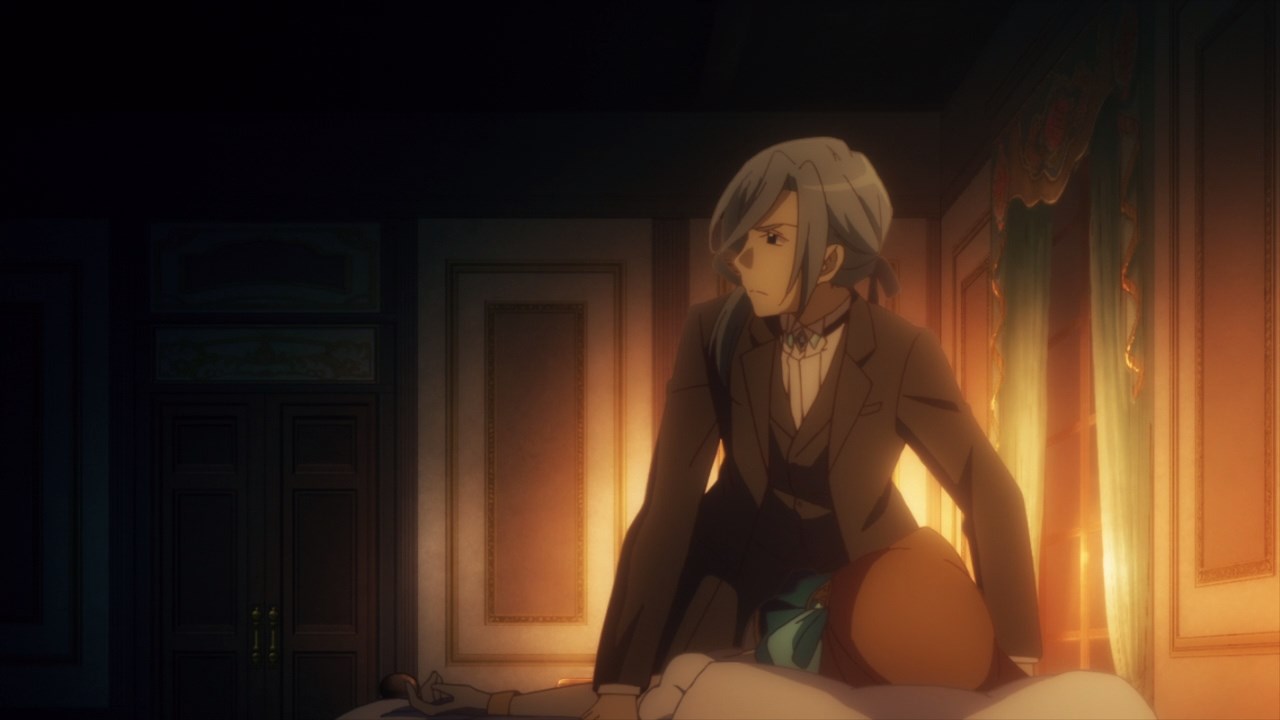 However, Rufus was interrupted when someone got a letter from him. Well, that was a close call as Catarina’s virginity is intact, but I wonder who sent a letter to the butler? 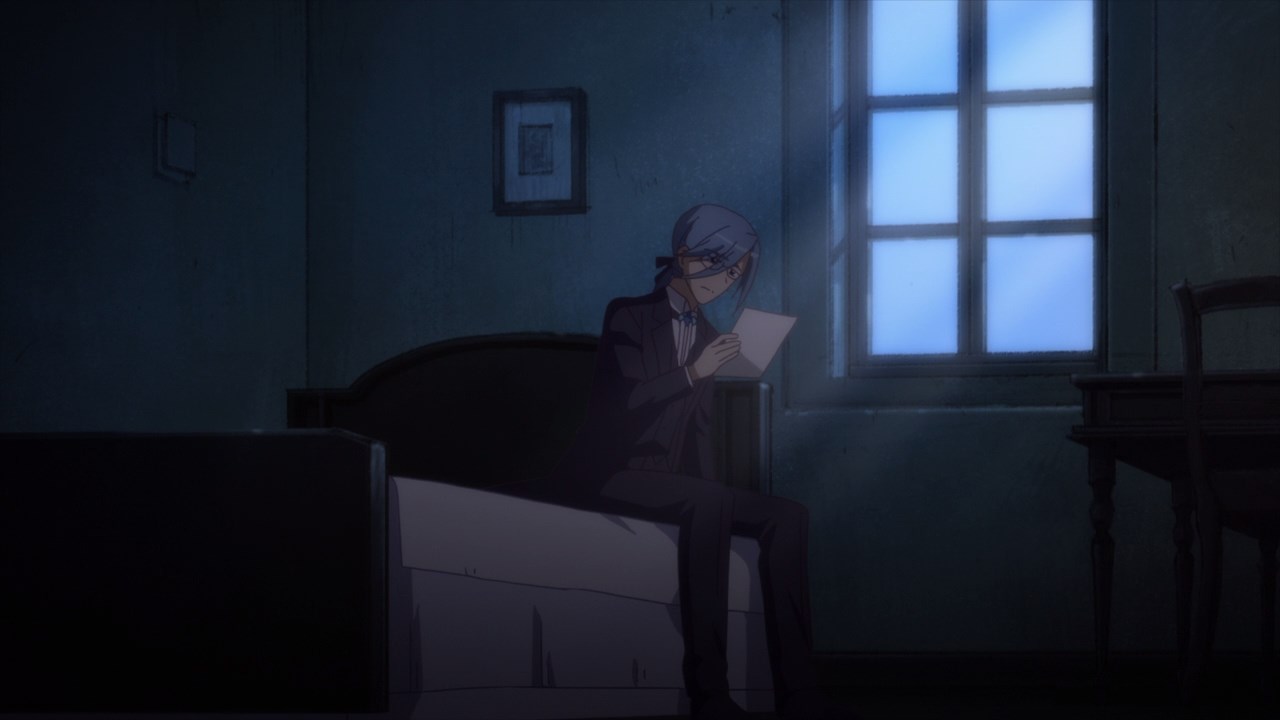 Turns out that the jig is finally up as someone caught wind regarding Catarina’s kidnapping that the authorities are about to arrest Rufus or Sora. Looks like the kidnapping arc didn’t last longer than I thought. 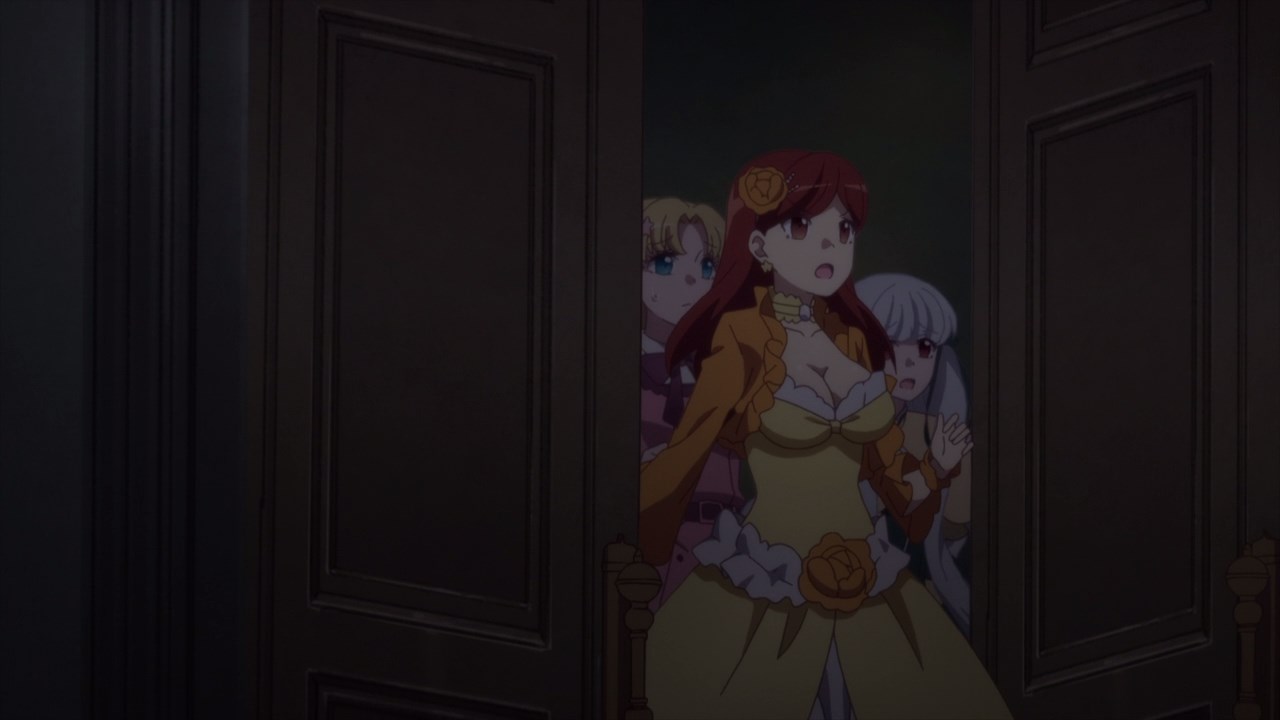 The next day, Catarina’s friends have arrived to save the villainess from Rufus. Okay, I wonder how they managed to find the enemy’s hideout? 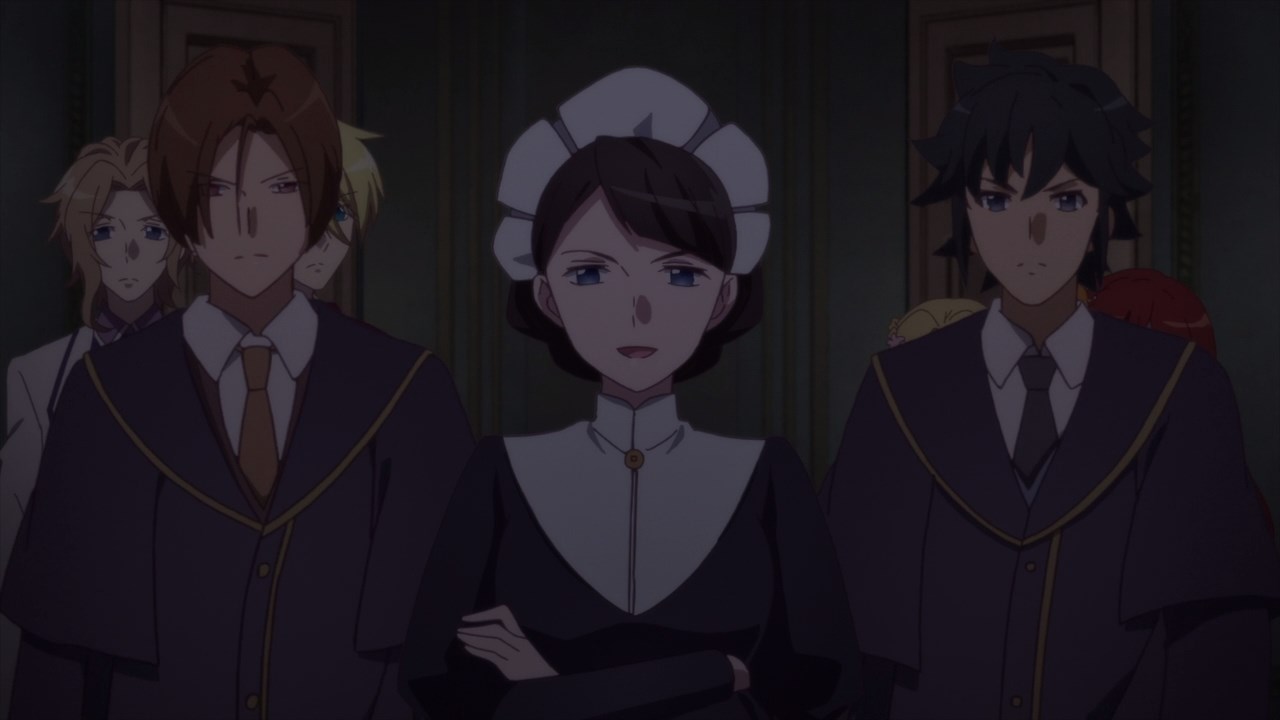 Turns out that Maria Campbell and her friends got some help from the maid Lana who turned out to be a spy named Larna Smith.

While I’m glad that there’s some insider help, I have a feeling that Larna Smith is another person who’s very suspicious. 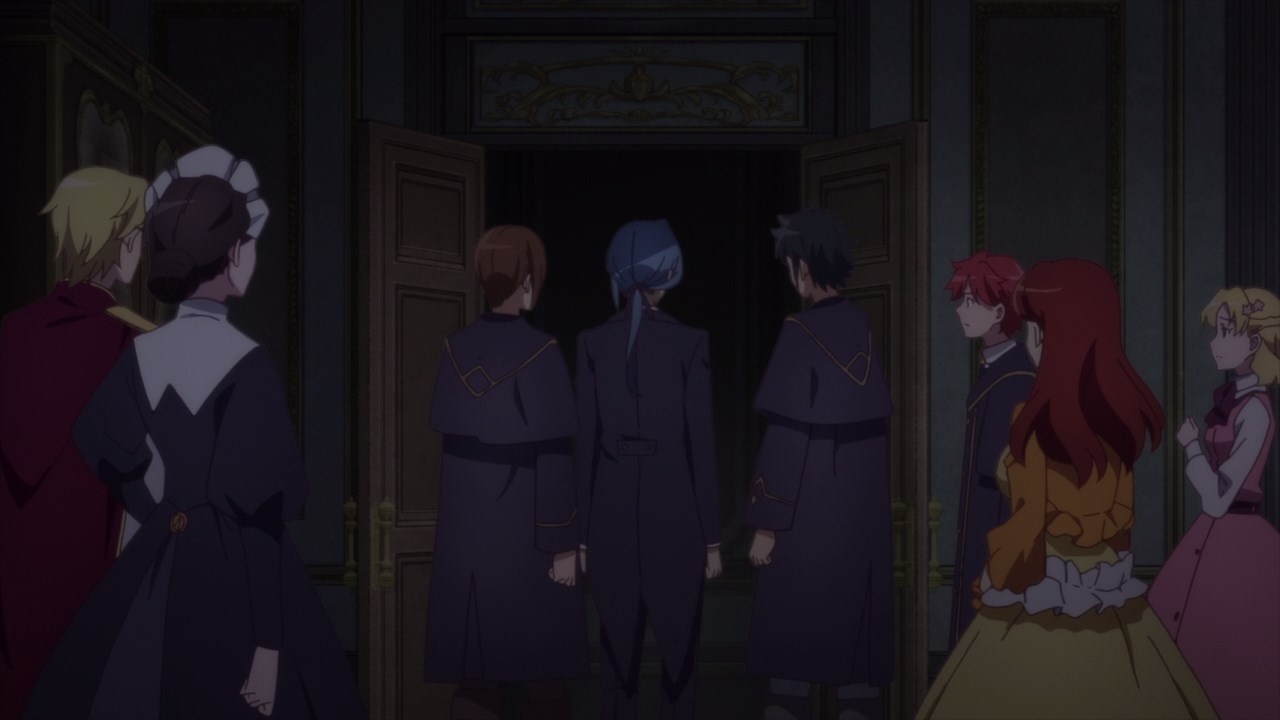 And so, Rufus or Sora got arrested as he was taken in by the police. Then again, I’m sure that he’ll return in the future ’cause this butler has some unfinished business. 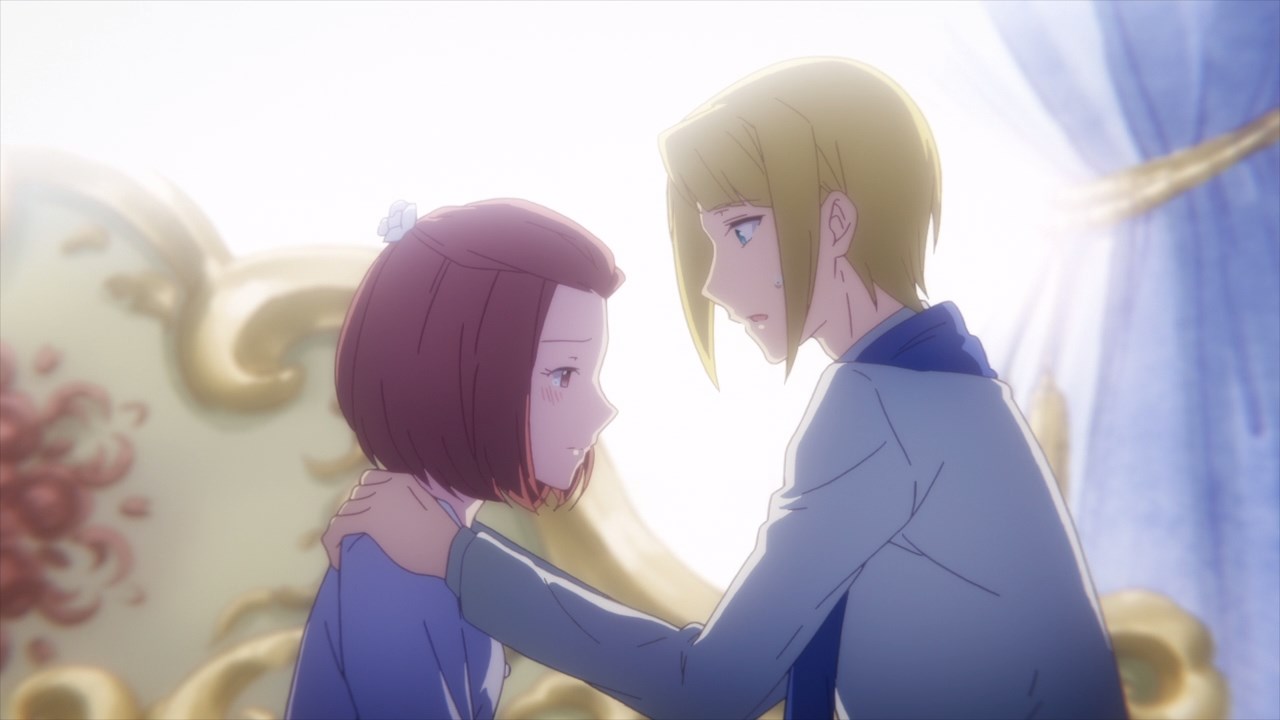 Meanwhile, it looks like Selena Berg is rescued thanks to Ian Stuart. Of course, I wish they would talk each other more since they’re engaged after all. 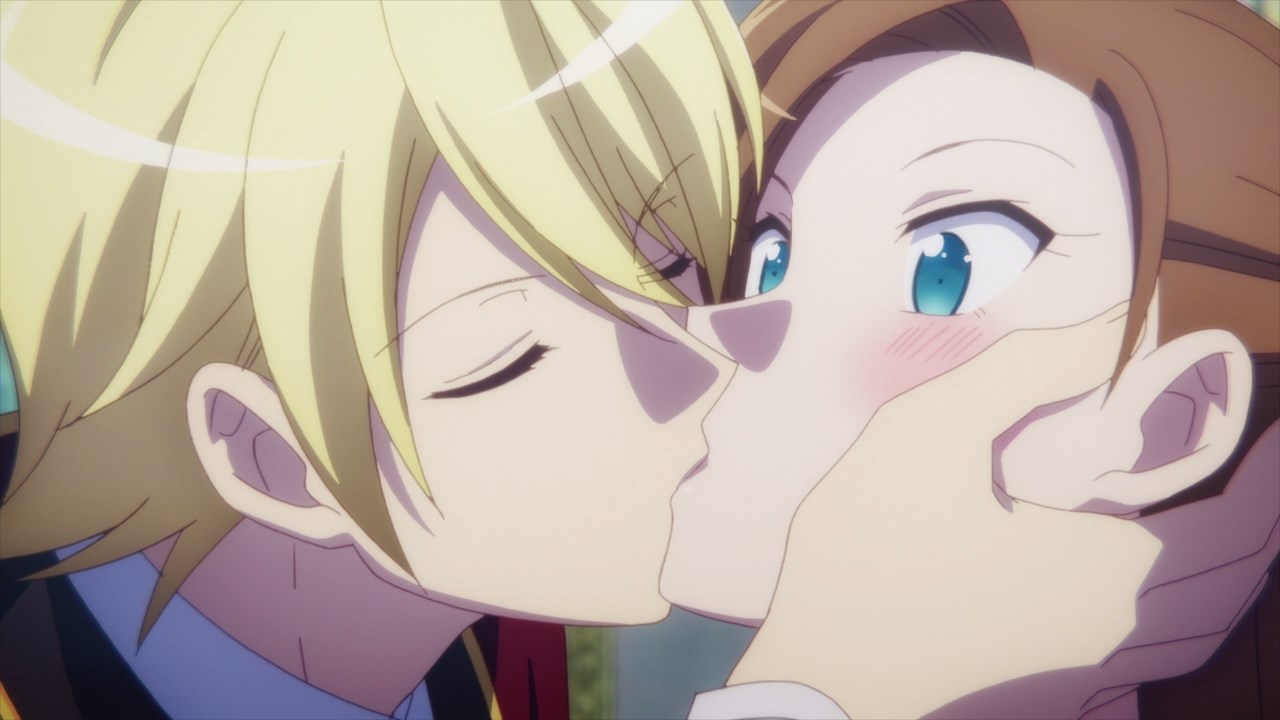 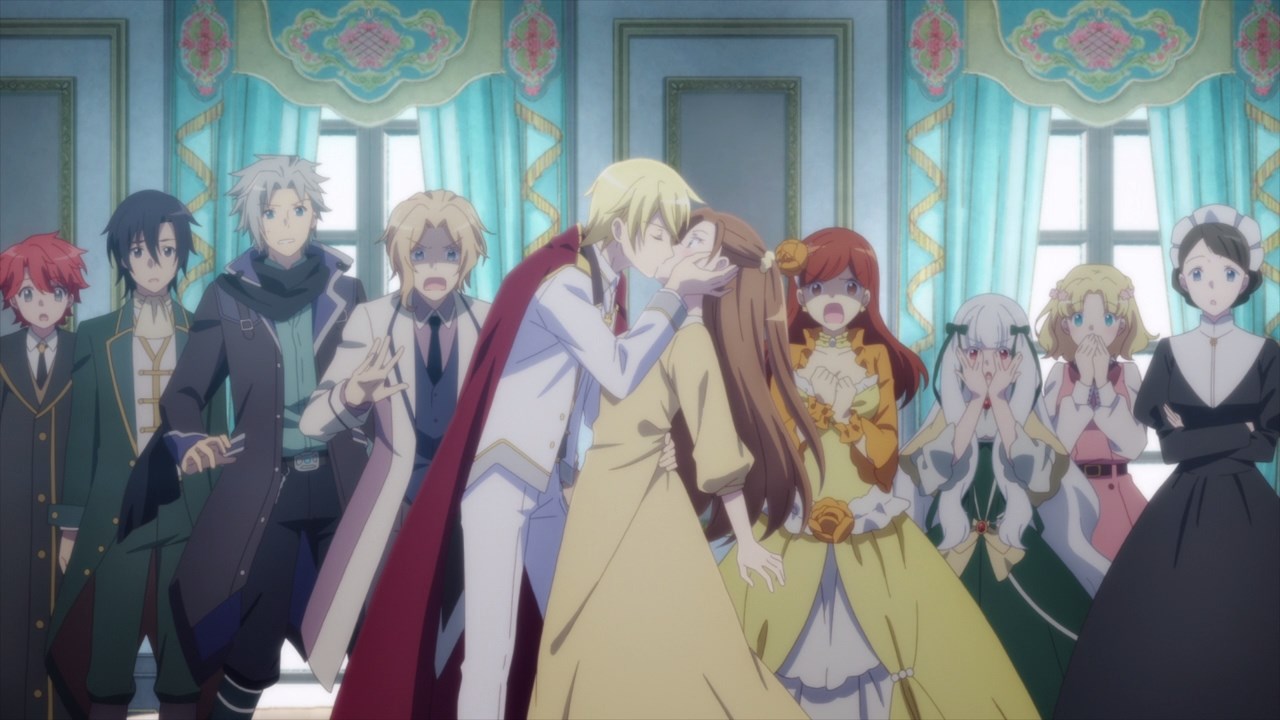 Now then, let’s end this episode as Geordo Stuart kissed his fiancé and while it’s not the first time though, everyone is shocked that Geordo would kiss Catarina in front of everyone. Oh yeah, Larna Smith is not affected.

With that said, glad that Catarina Claes is safe but now I’m curious on who’s the true mastermind who wants to shake the entire Stuart household. While neither Geoffrey nor Ian are involved on taking down Geordo as of now, it’s interesting that Fortune Lover 2: Electric Boogaloo has political drama.

Anyways, I’ll see you next time and let’s hope that Catarina Claes won’t get caught in another death flag moment!