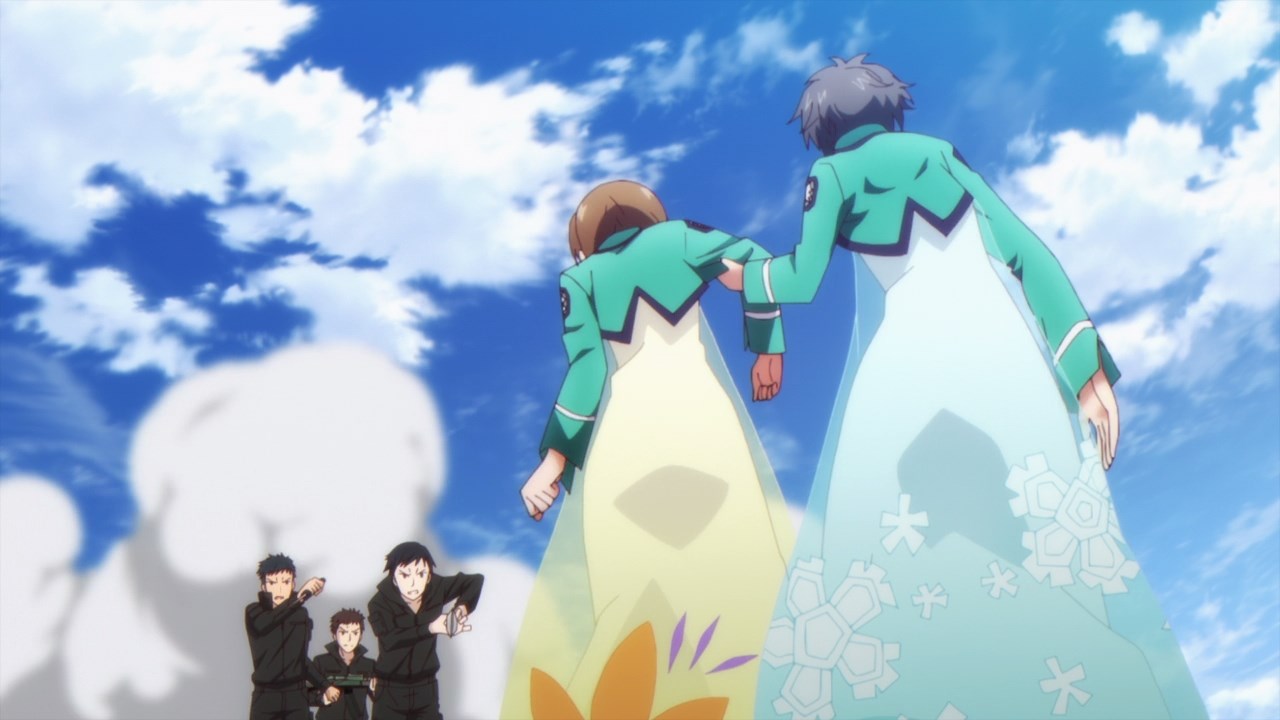 And so, Blanche has launch their assault at First High School where they’ll take no prisoners on creating a world without magicians.

Then again, both Shizuku Kitayama and Honoka Mitsui are about to get killed by these terrorists. 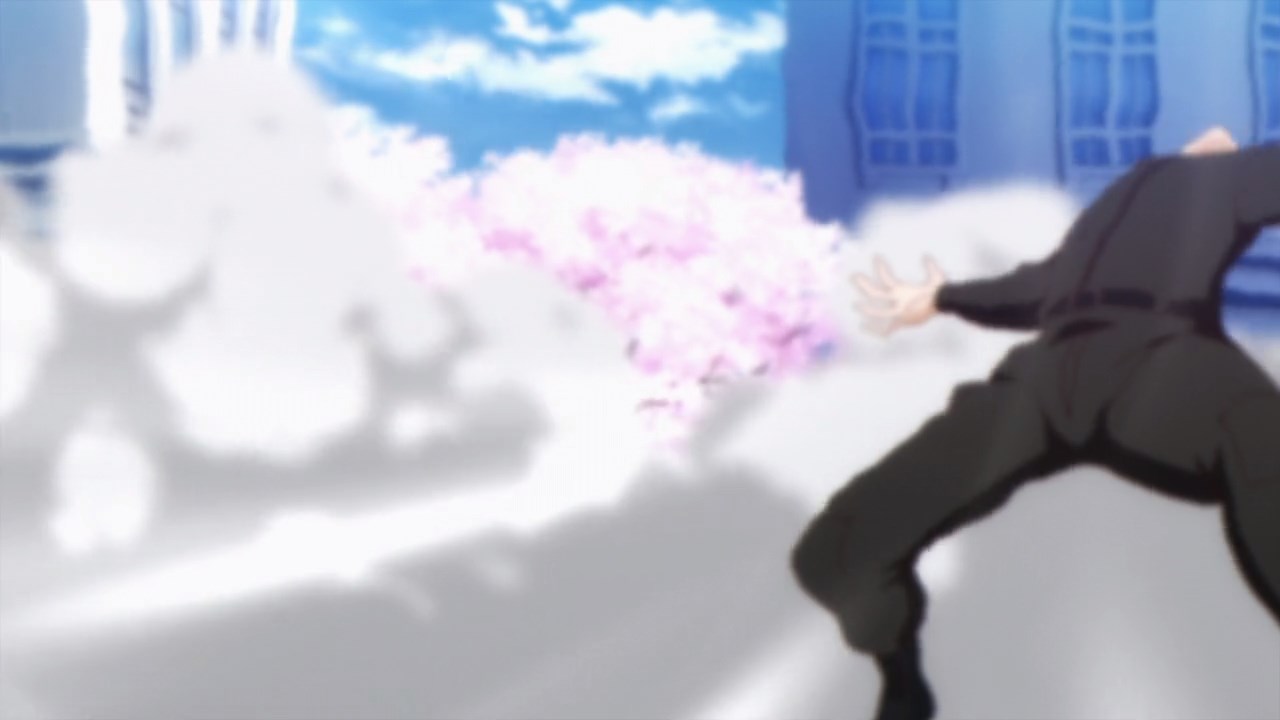 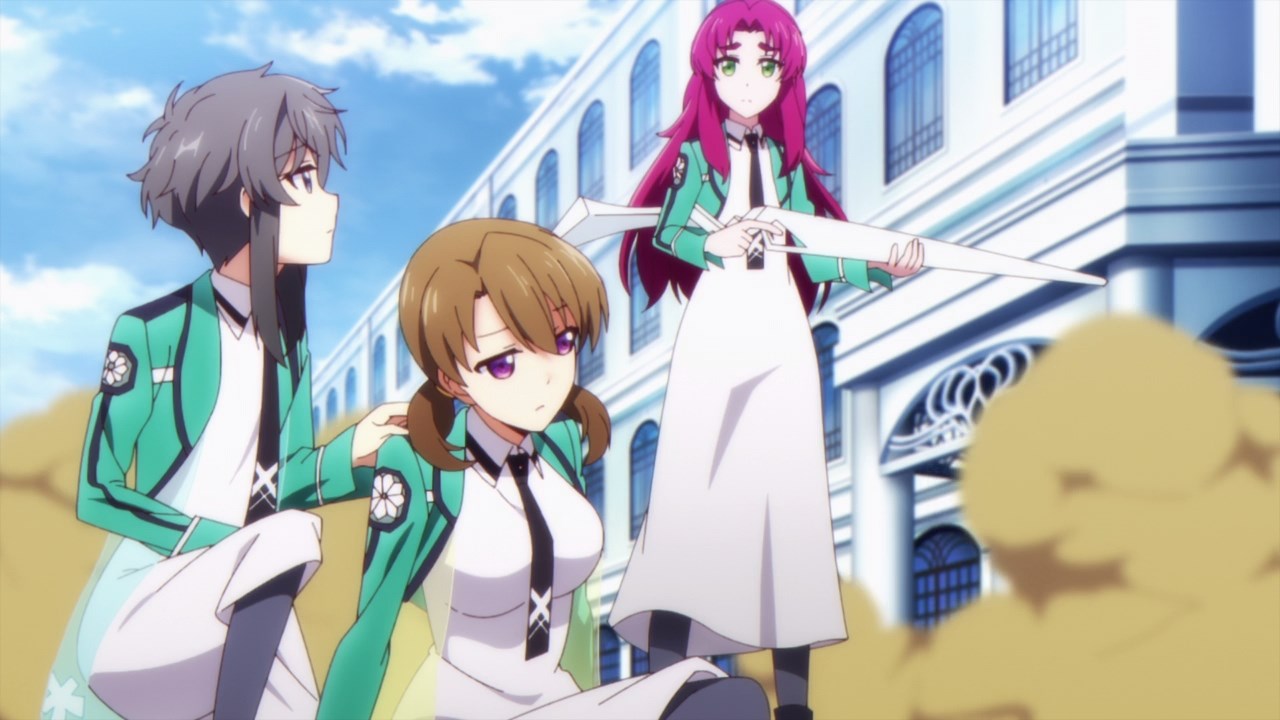 Well, that’s until Eimi Amelia Goldie Akechi came to the rescue in which she used a rifle-like CAD to shoot compressed air onto the enemy. Glad that Eimi saved both Shizuku and Honoka yet again. 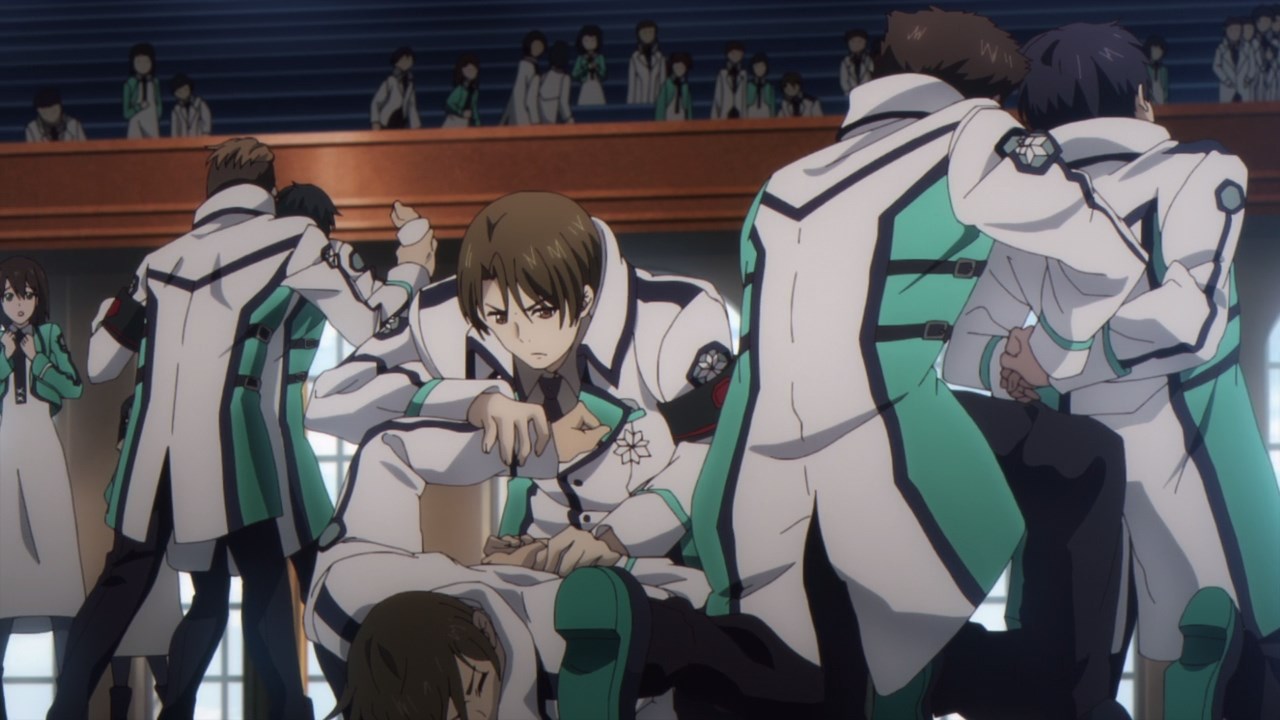 Now then, it looks like First High School are fighting back against Blanche members. However, Kinue Tsukasa went missing as he’s trying to flee along with his comrades. 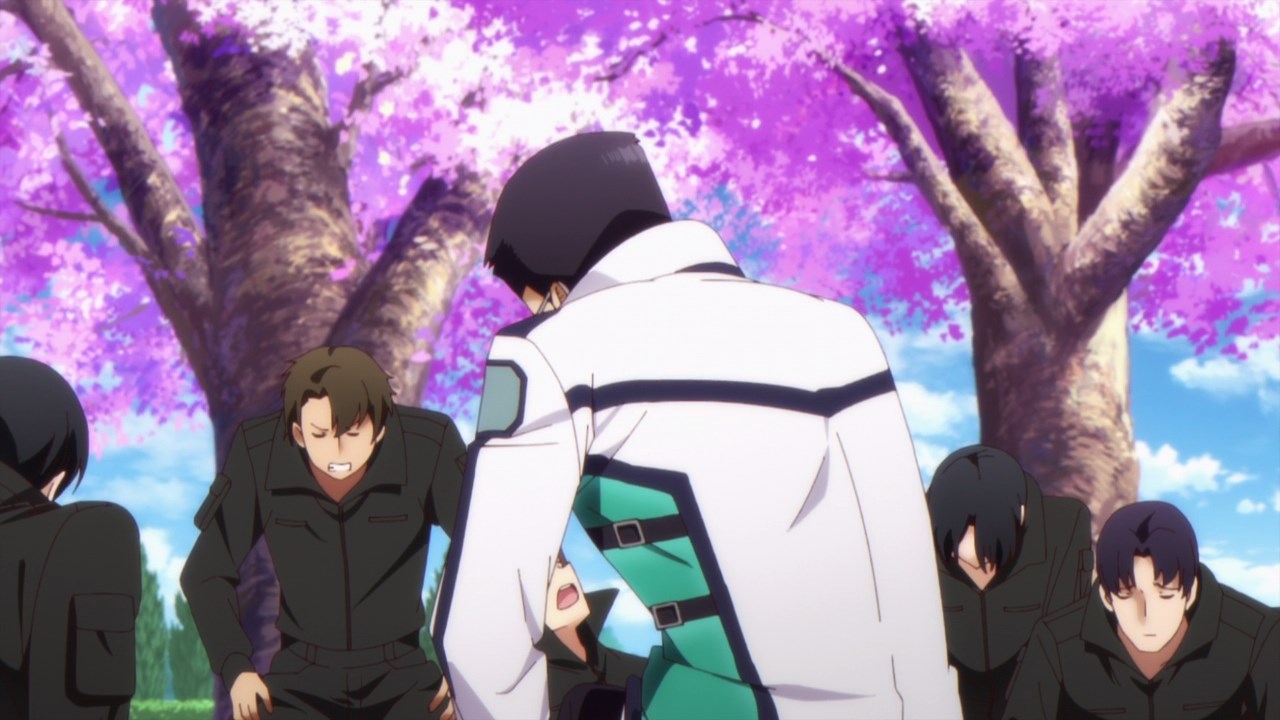 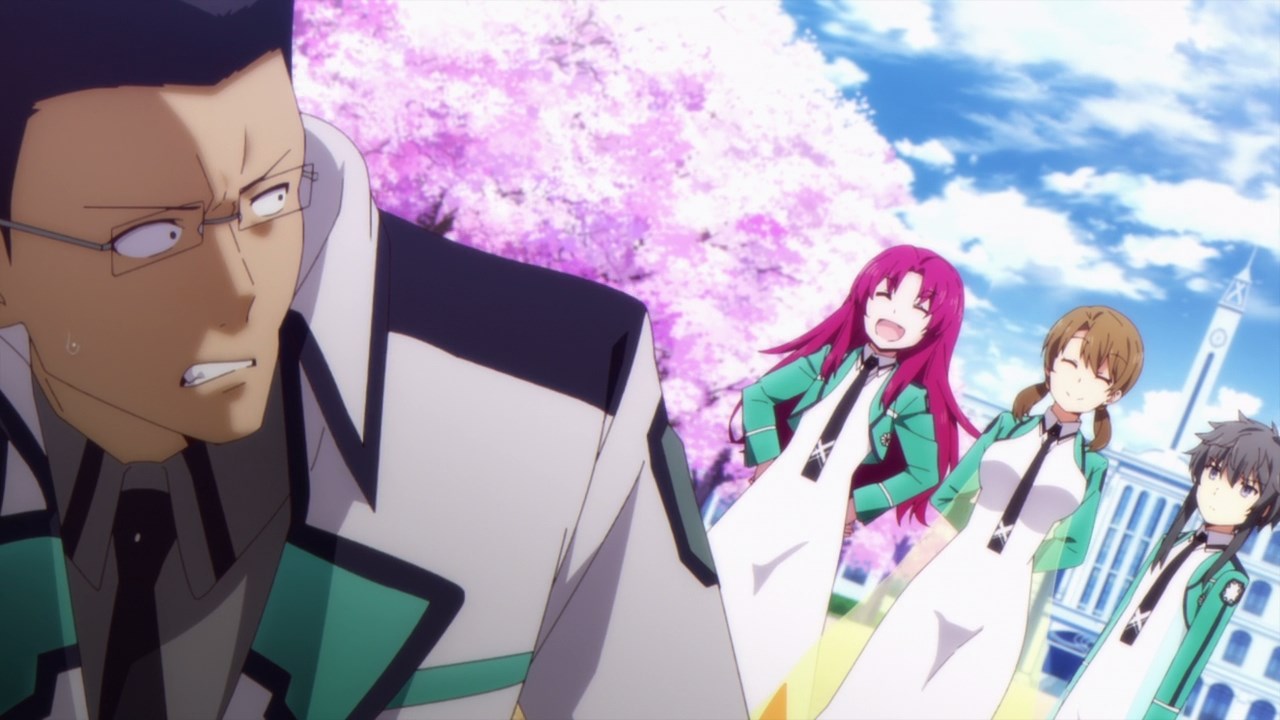 Unfortunately, the jig is up for Kinue as Honoka and her friends have finally caught him. Then again, Kinue Tsukasa and his goons won’t lose to these Course 1 students. 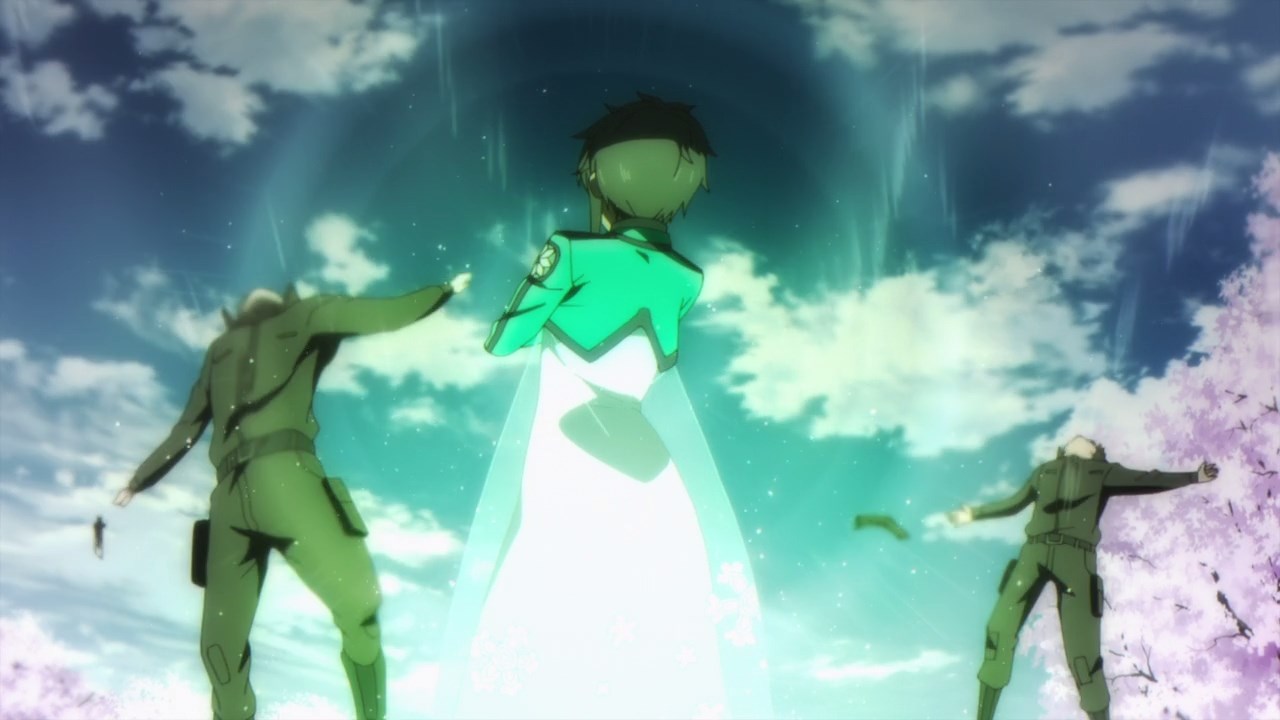 Sadly for Blanche, the likes of Shizuku Kitayama and Eimi Amelia Goldie Akechi are very talented that they can take on those goons by themselves… except when someone brought cast jamming devices.

Now then, where’s Kinue Tsukasa as I’m hoping that Miyuki Shiba will capture him? 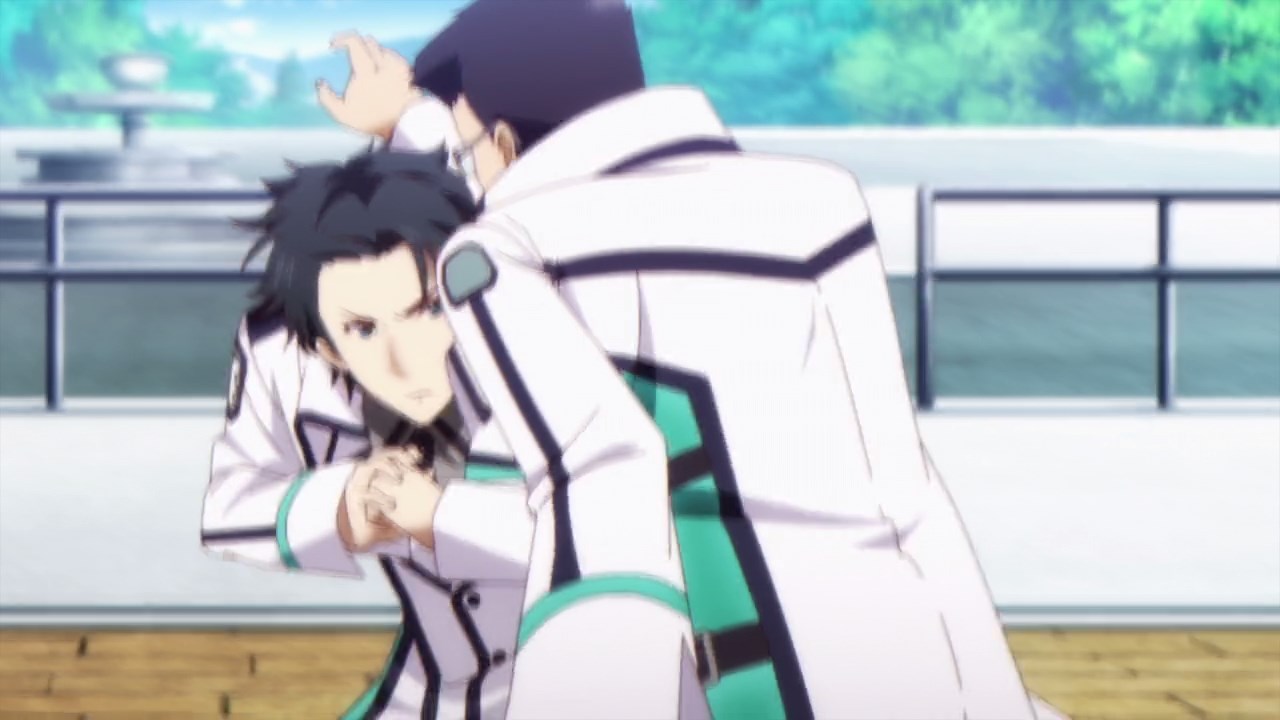 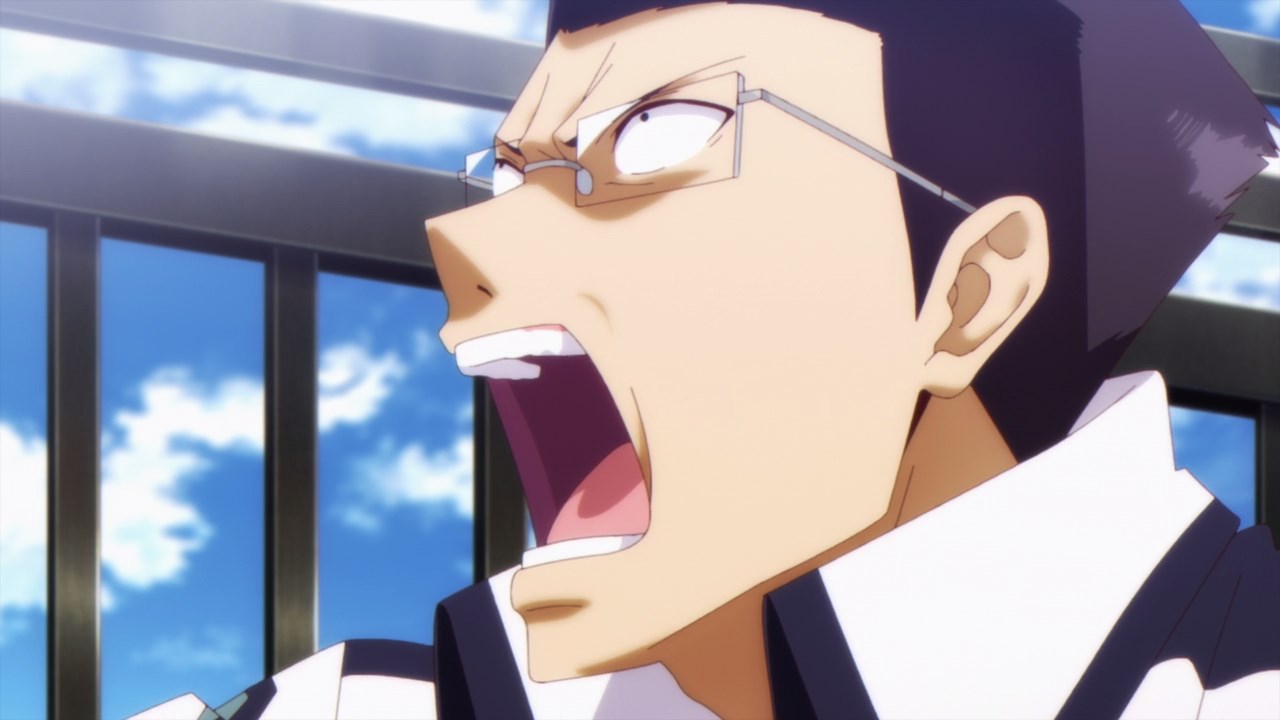 Oh, looks like the Disciplinary Committee already took care of Kinue as they knock him out cold. Man, I wish the Shiba siblings would capture that traitor. 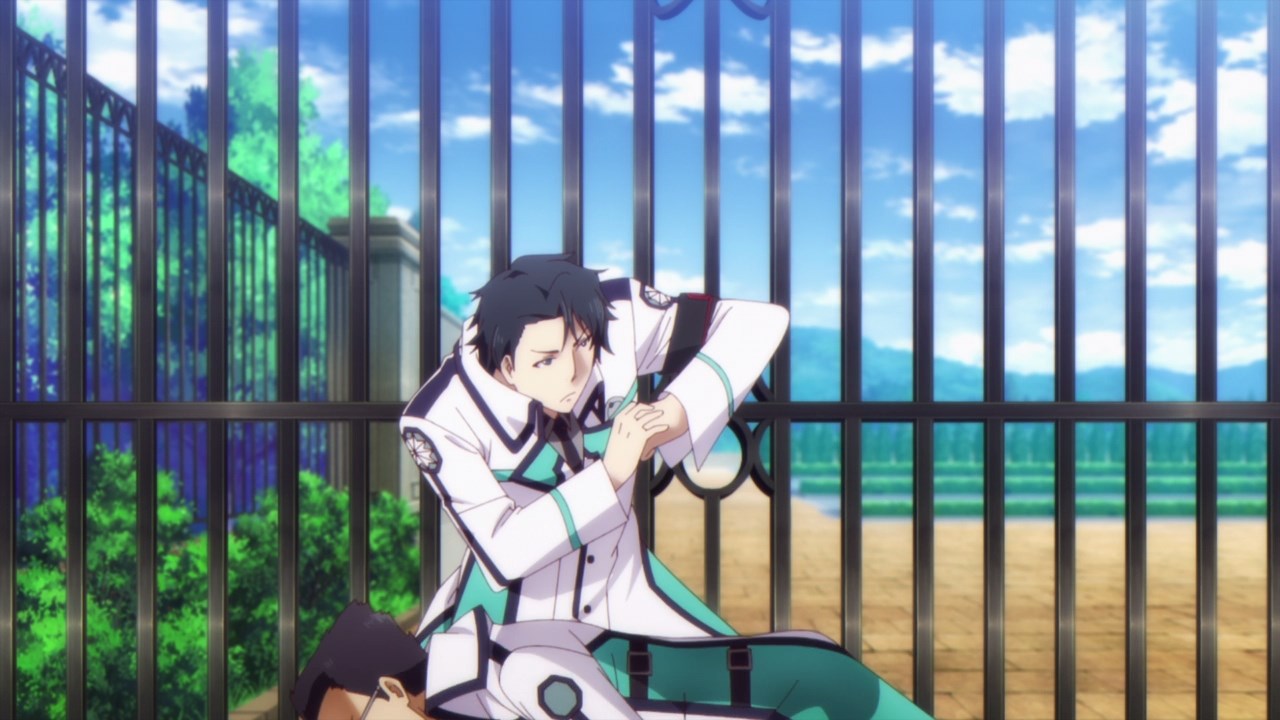 But anyways, looks like First High School is safe but it’s not yet over as Tatsuya Shiba and his friends will have to deal with Hajime Tsukasa and the rest of Blanche.

Of course, those who’ve watched the first season would know that the Japanese branch of Blanche got crushed by Tatsuya’s OP magic. 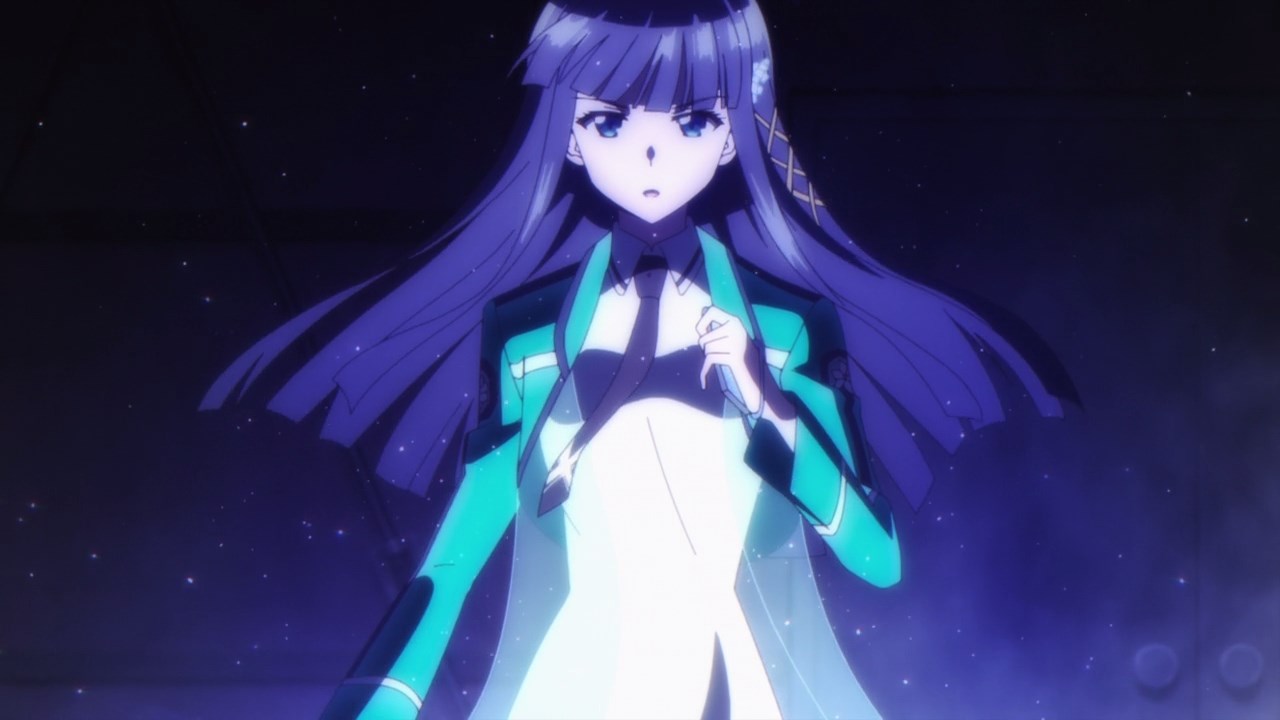 For now, here’s Miyuki Shiba where she’s about to freeze every goon using Niflheim, her strongest ice magic spell. 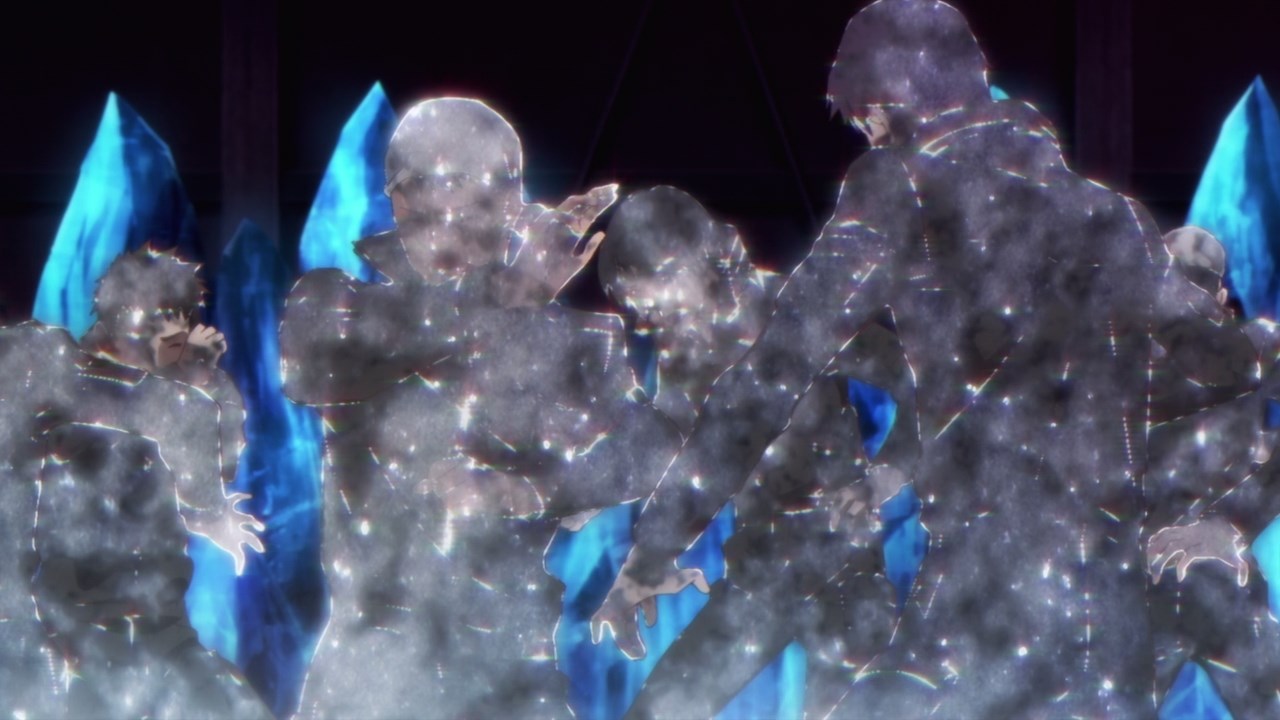 And as you can see, these goons stopped breathing once Miyuki freeze them to death.

Then again, it’s bad for Miyuki to have blood in her hands, so therefore Tatsuya used Regeneration to revive those criminals until they’re apprehended by police. 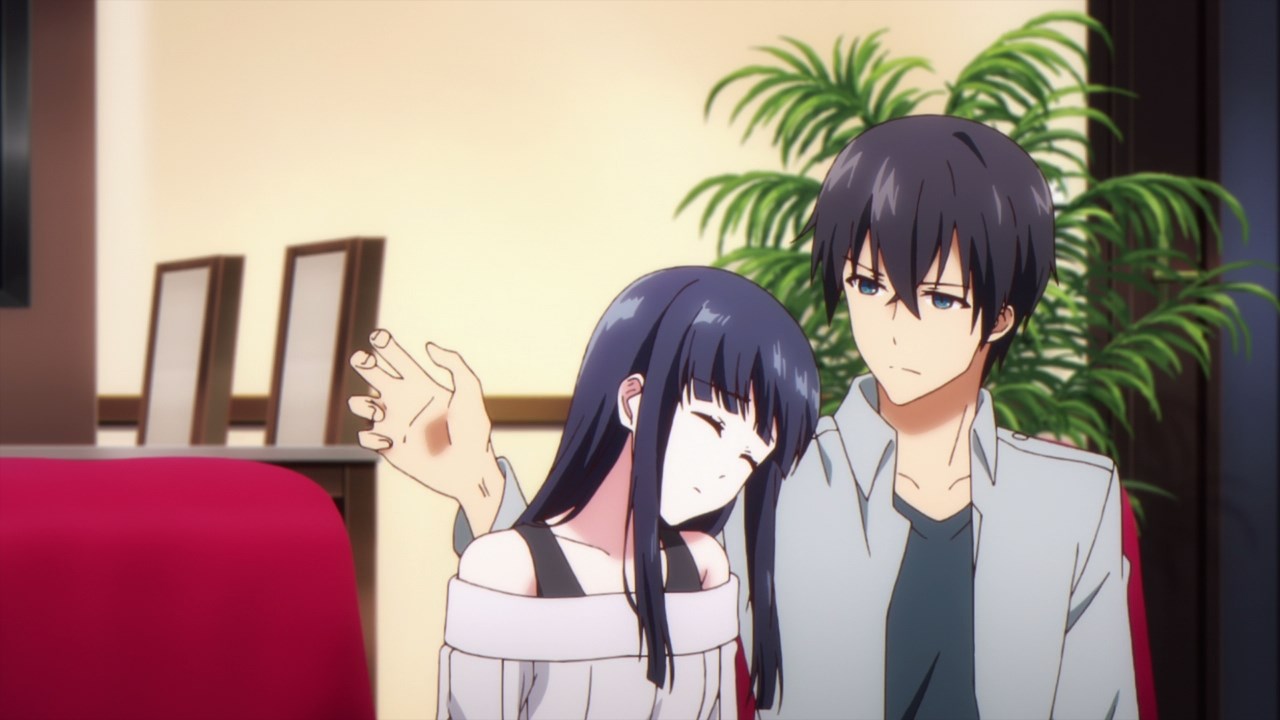 Of course, Miyuki is sad that her dear brother would use that Regeneration magic at the cost of receiving someone’s pain. 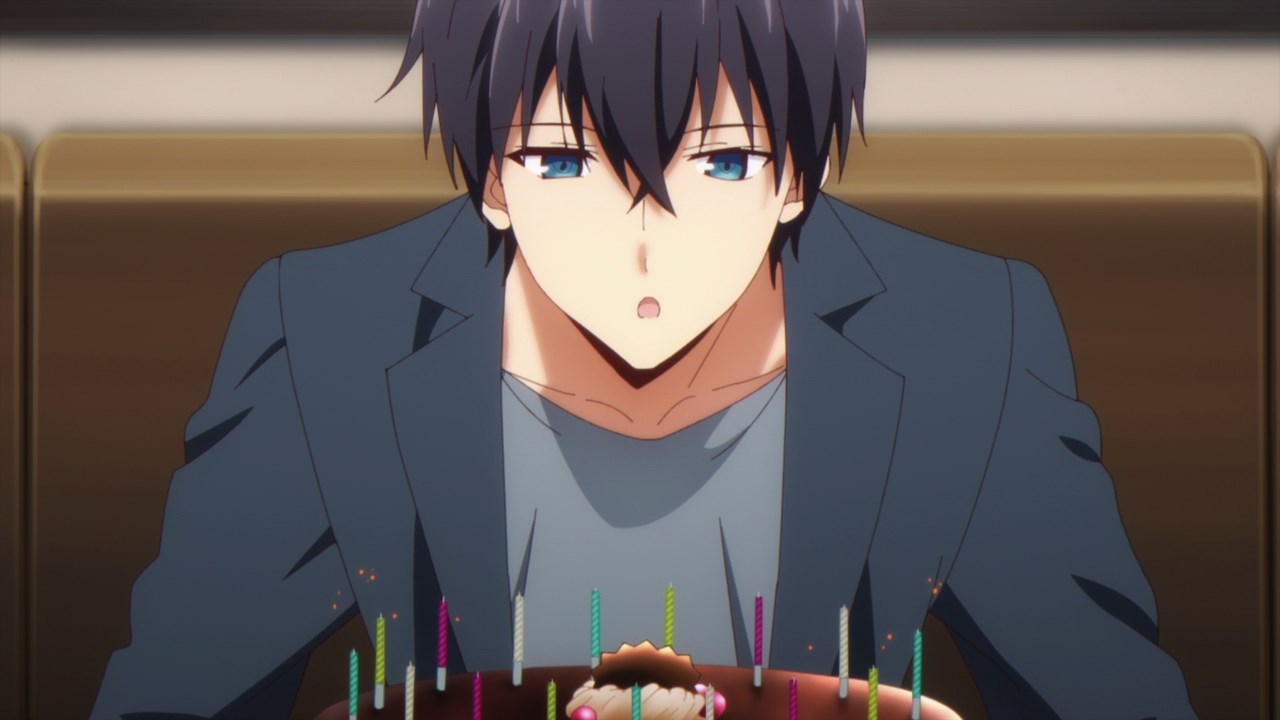 For the time being, it’s time to celebrate Tatsuya Shiba’s birthday as his friends are here to throw a party of him. 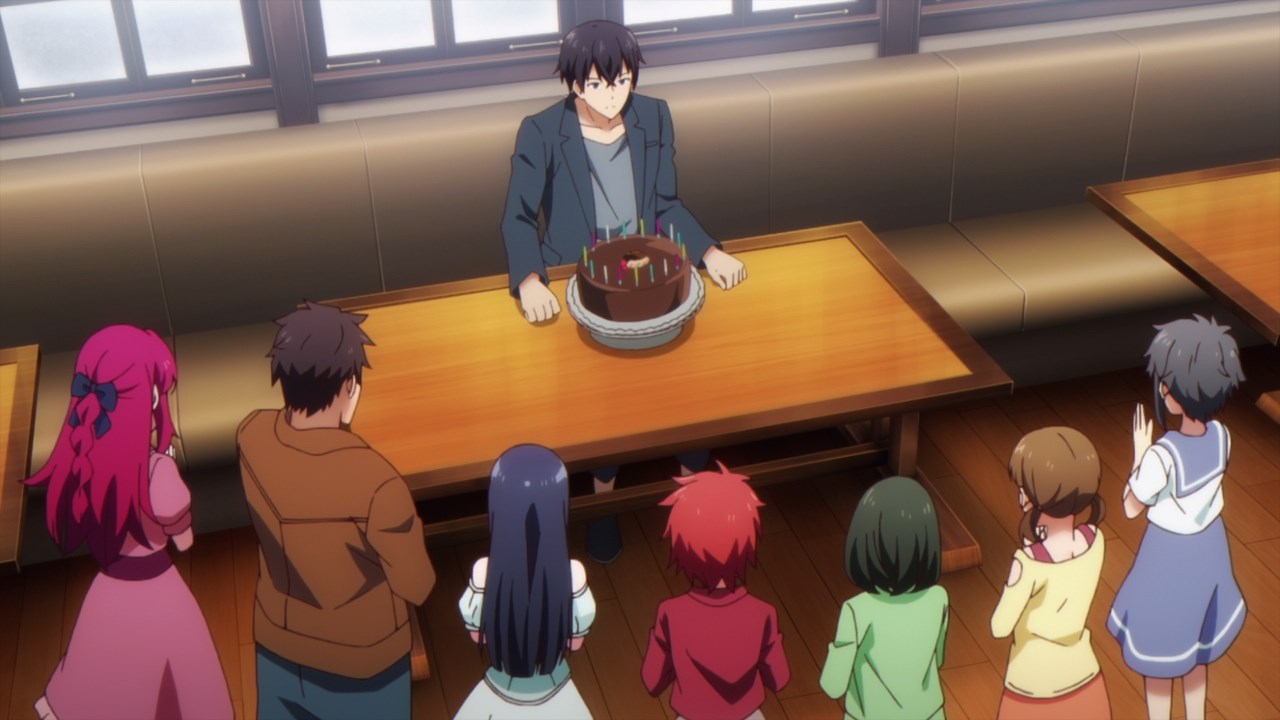 That was very nice from Tatsuya’s friends, but that’s the end of the first story arc where we move onto the Nine Schools Competition. 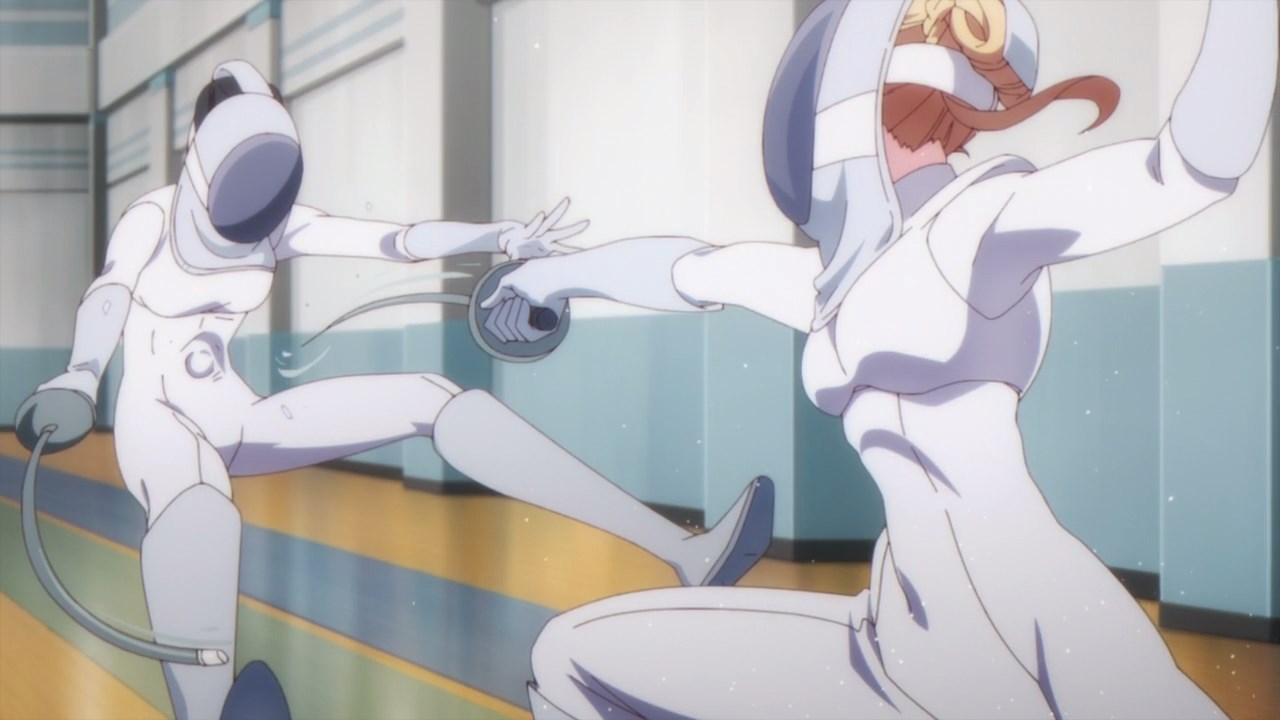 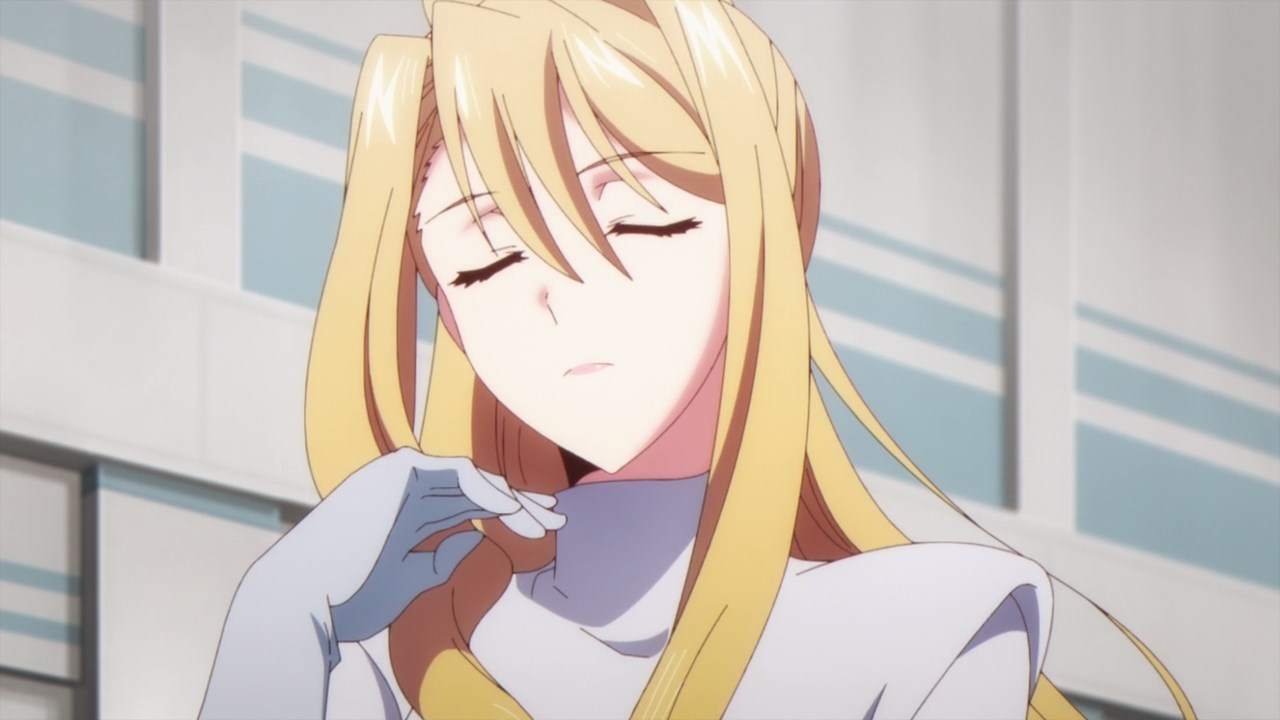 Oh yeah, let’s end this episode with the introduction of Third High School’s ace students like Airi Isshiki, where she excels in fencing to the point that Airi is called Eclair or Lightning Airi. 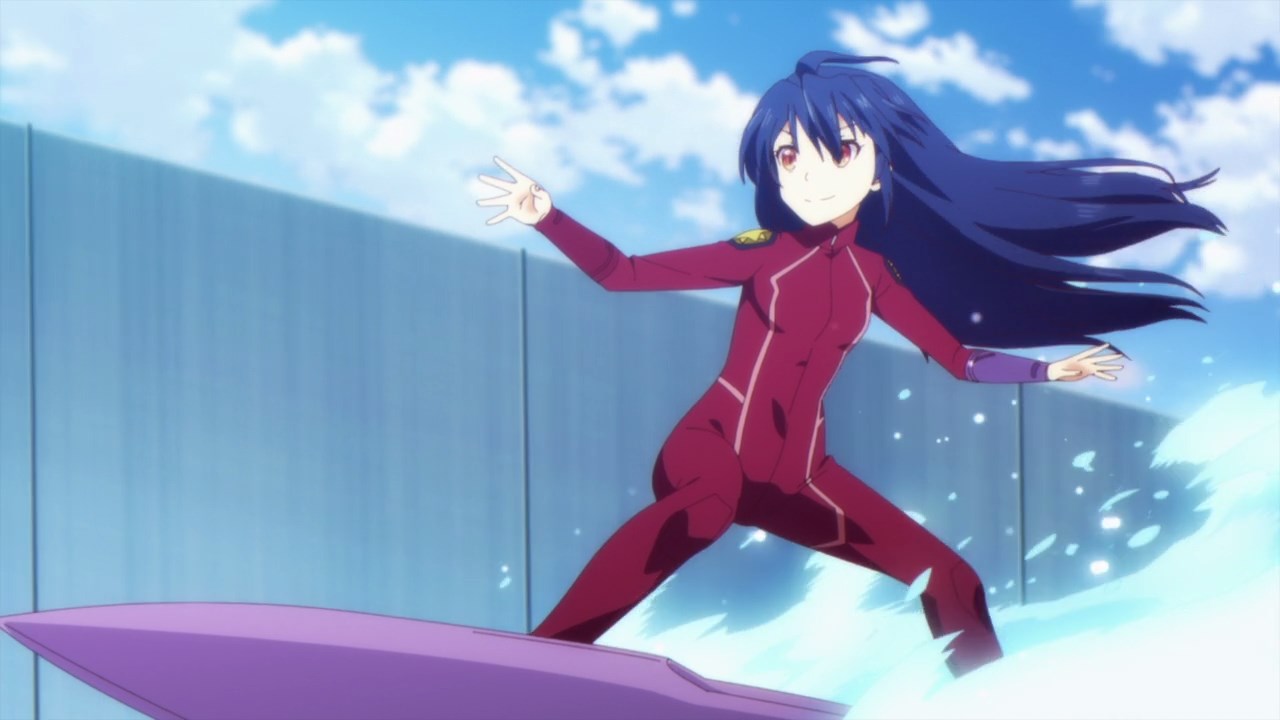 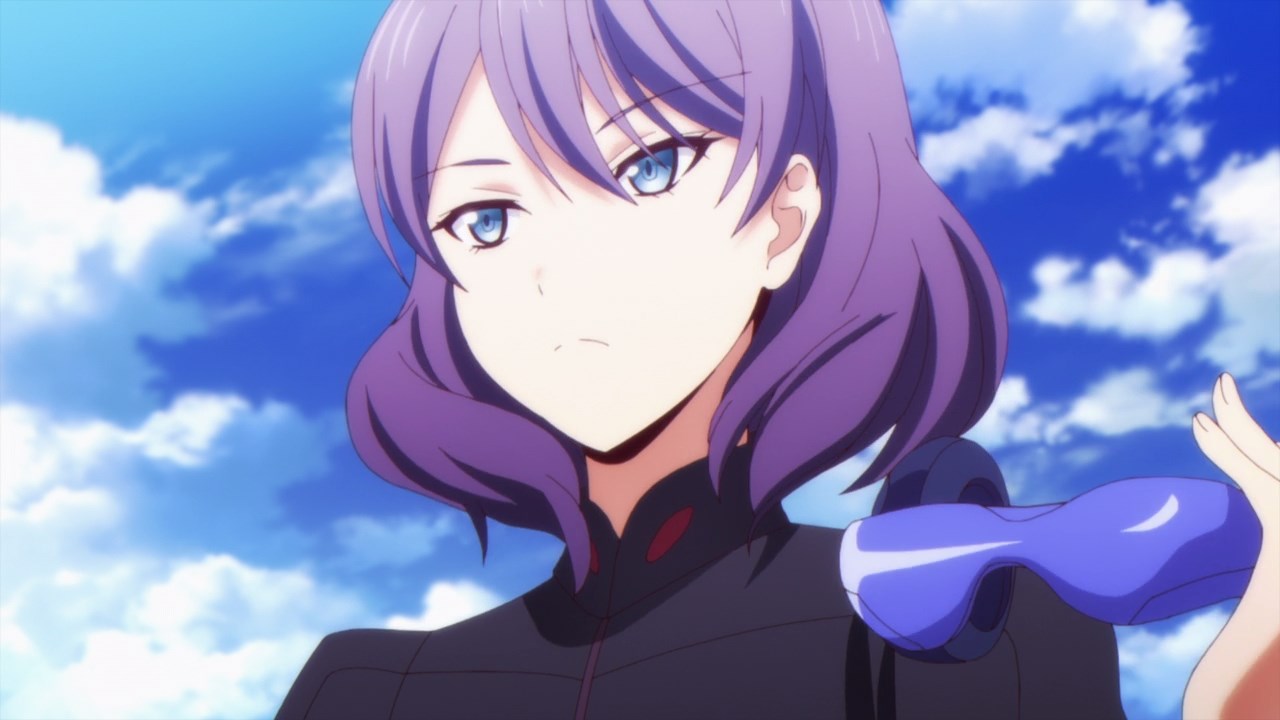 Also joining Airi is both Touko Tsukushiin and Shiori Kanou where these ace students are poised to take 1st place in the Nine Schools Competition. While both Masaki Ichijou and Shinkurou Kichijouji will participate, please remember that this is Miyuki’s story.

Anyways, tune in next time and may the best school wins in the Nine School Competition!