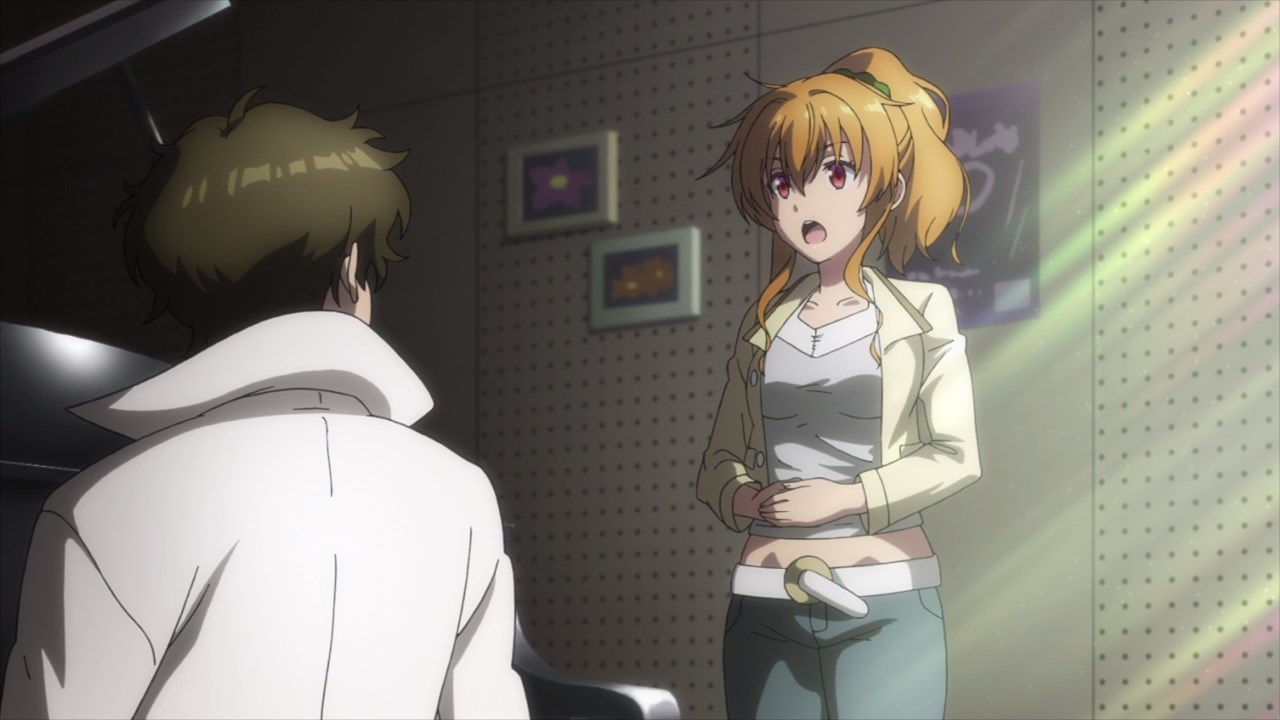 Well this is interesting as Nanako Kogure is being trained by Mikio Sugimoto from the Fine Arts Study Group, where she’s doing fine to the point that Nananko would become a great singer in the future.

Glad that Kyouya Hashiba convinced Kogure to sing with her heart’s content. After all, Nanako will become the greatest anime musician ever! 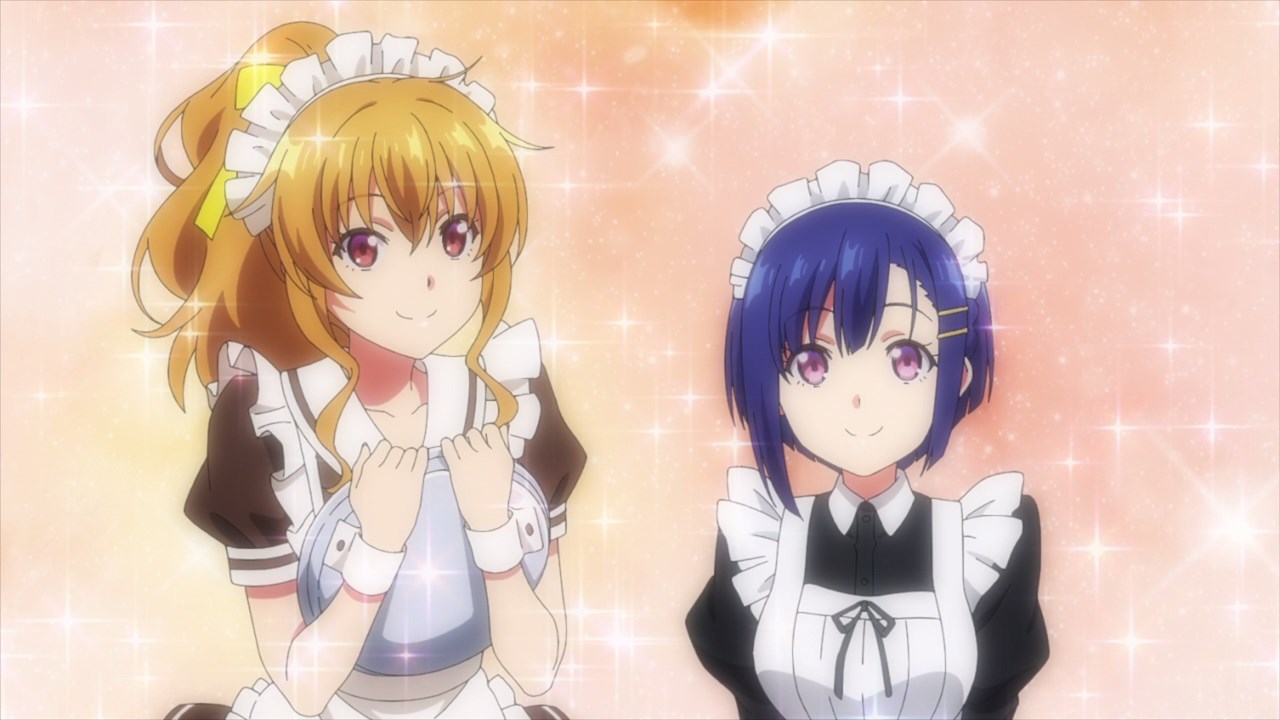 For now, let’s move onto Oonaka Art School’s annual festival where various departments and club have gathered to showcase their works, be it films or paintings.

However, it appears that the Fine Arts Study Group has decided to hold a maid café where we have Nanako Kogure and Aki Shino serving up guests. Yeah, they looked cute! 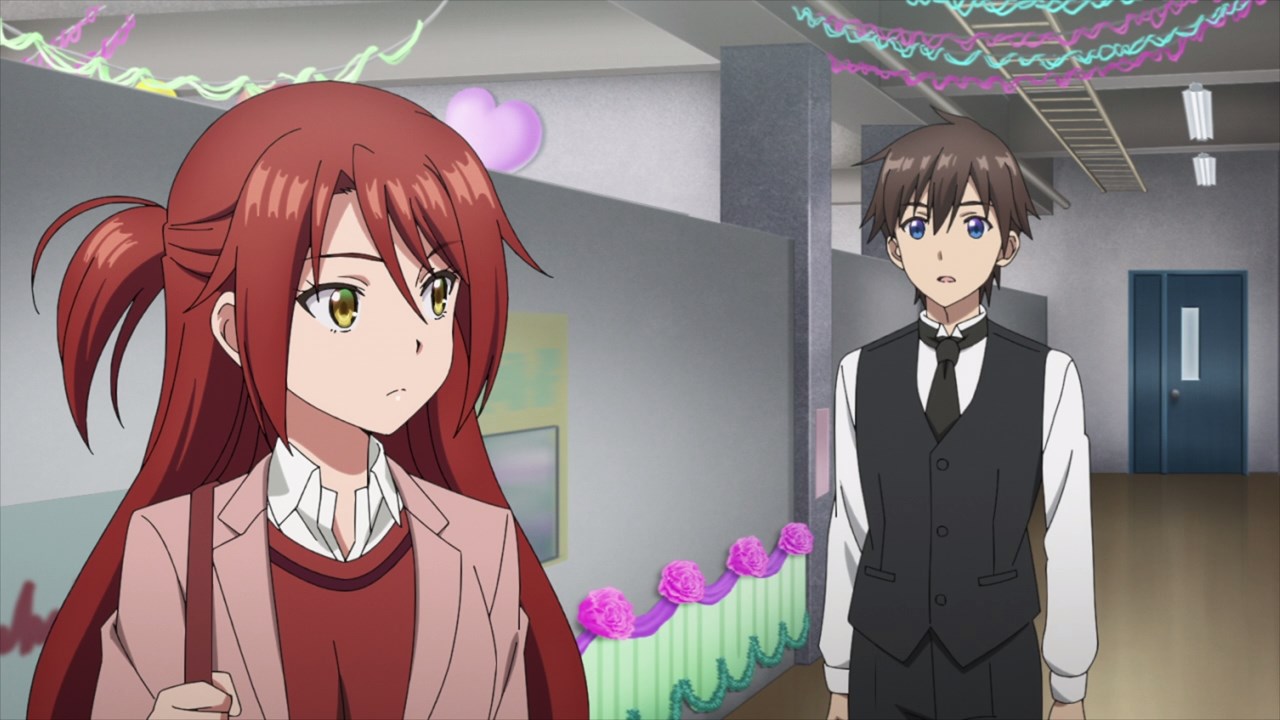 By the way, looks like Eiko Kawasegawa has appeared in which she wants to make amends with Nanako Kogure for hurting her feelings, only to be told by Kyouya Hashiba not to apologize to Nanako.

Um Hashiba, you should let Kawasegawa apologize to Kogure for her behavior back then. Of course, he’ll try to convince Eiko that Nanako is very serious on becoming a singer. 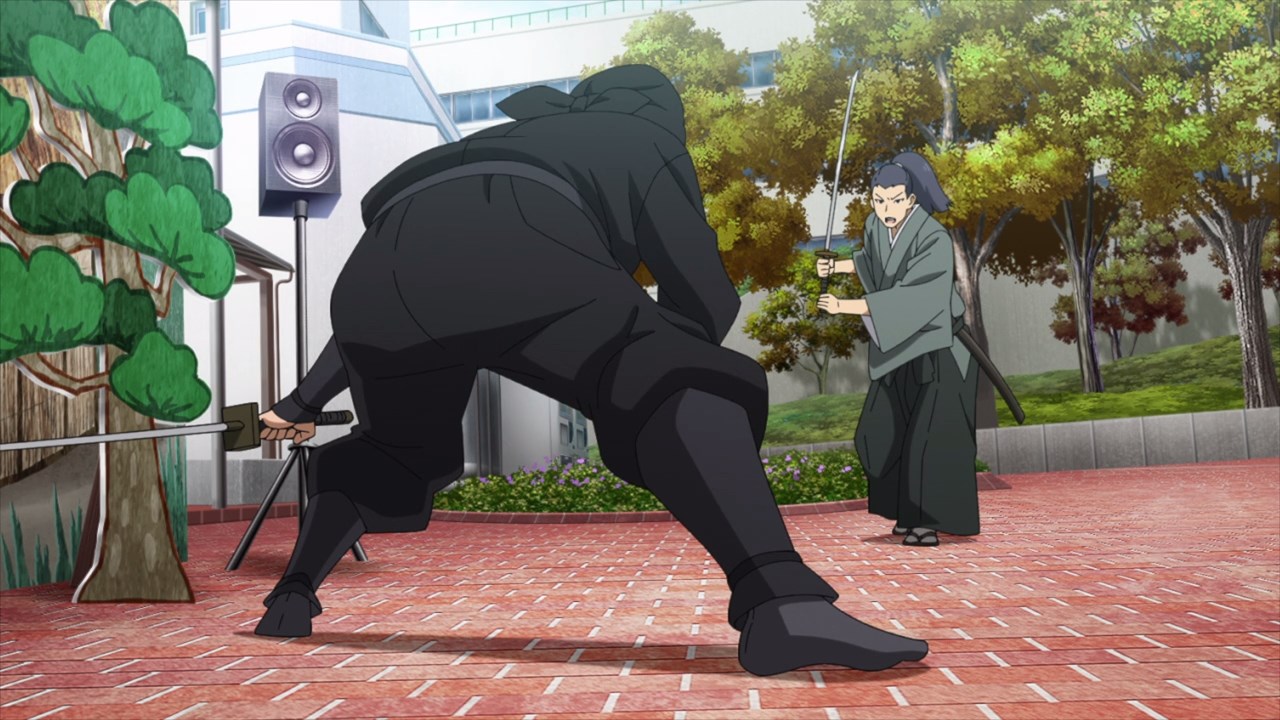 Meanwhile, here’s a stage play where it said that Genkiro Hikawa is taking part of this performance. Then again, I wonder where is Hikawa? 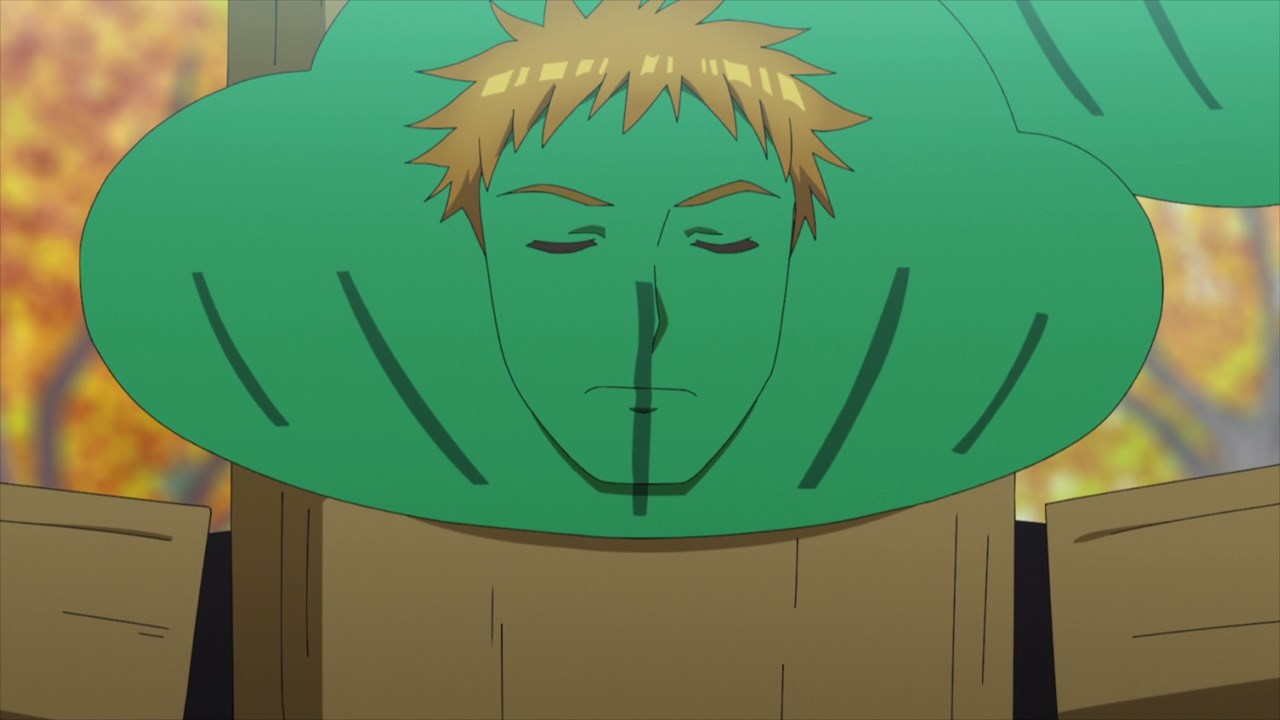 Oh, Genkiro is playing Tree A and while it’s funny that his role is an inanimate object, it would be nice if Hikawa played a grunt ninja.

Still, it’s funny that Genkiro Hikawa’s disguise as a tree works well when hiding against pursuers. 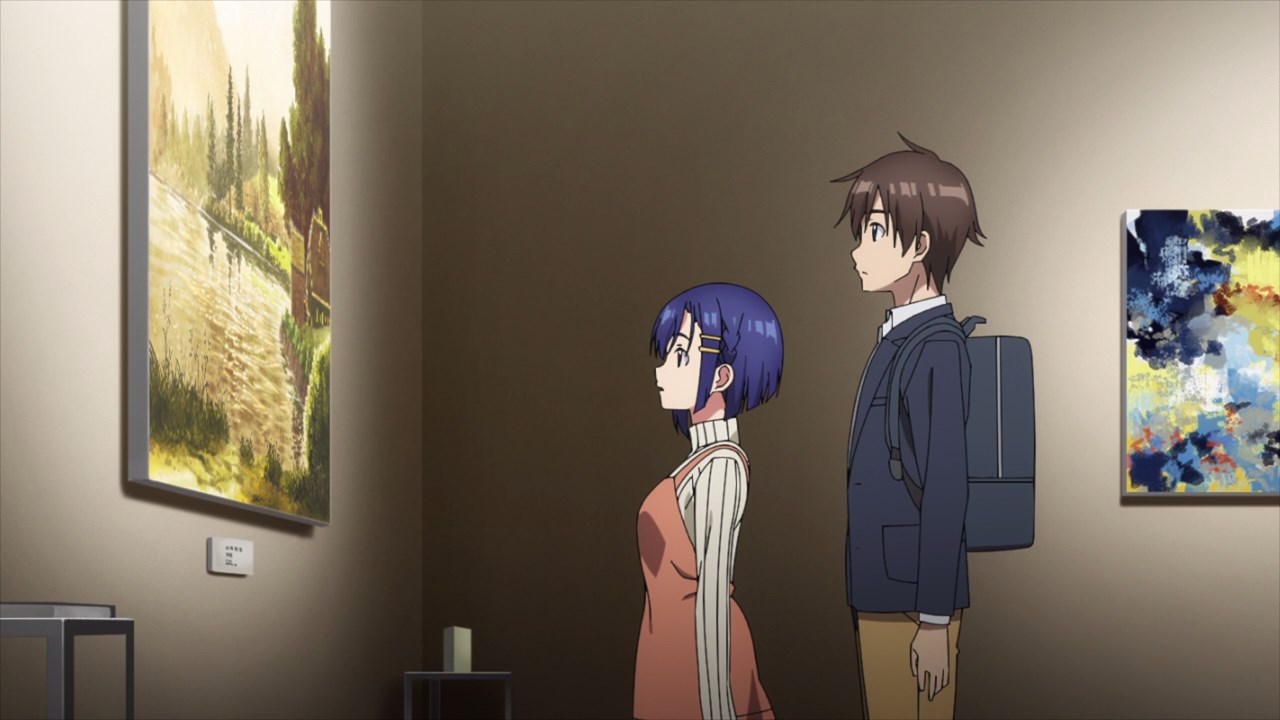 Moving onto the art museum where Aki Shino and Kyouya Hashiba look at various paintings made by students. However, one particular painting have caught the eye by Hashiba. 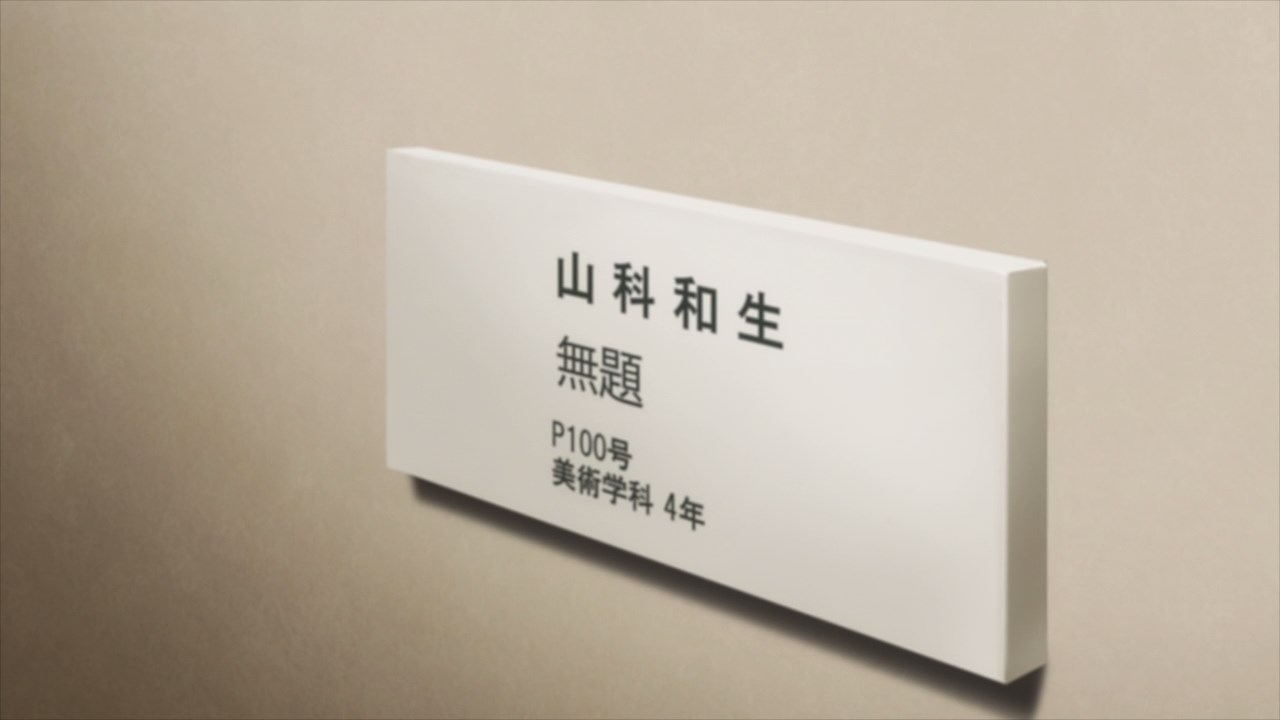 You see, this painting was made by Kazu Yamashina in which Kyouya felt something familiar towards that painter. I wonder if Yamashina is part of the Platinum Generation? 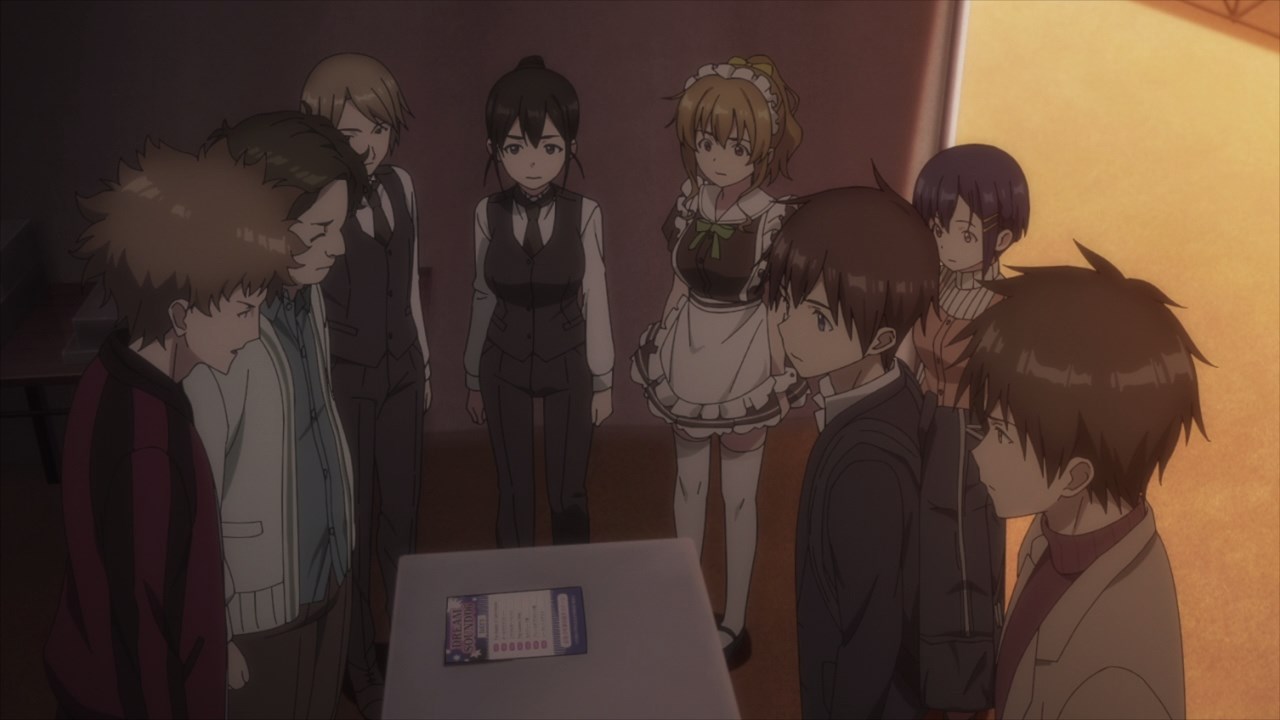 Now then, looks like there’s a crisis on the final day of the festival as Takashi Kiryu explained that a famous musician can’t perform at the festival due to various commitments.

Luckily, there’s one musician who can fill the void as Kyouya told them that Nanako Kogure fits the bill. 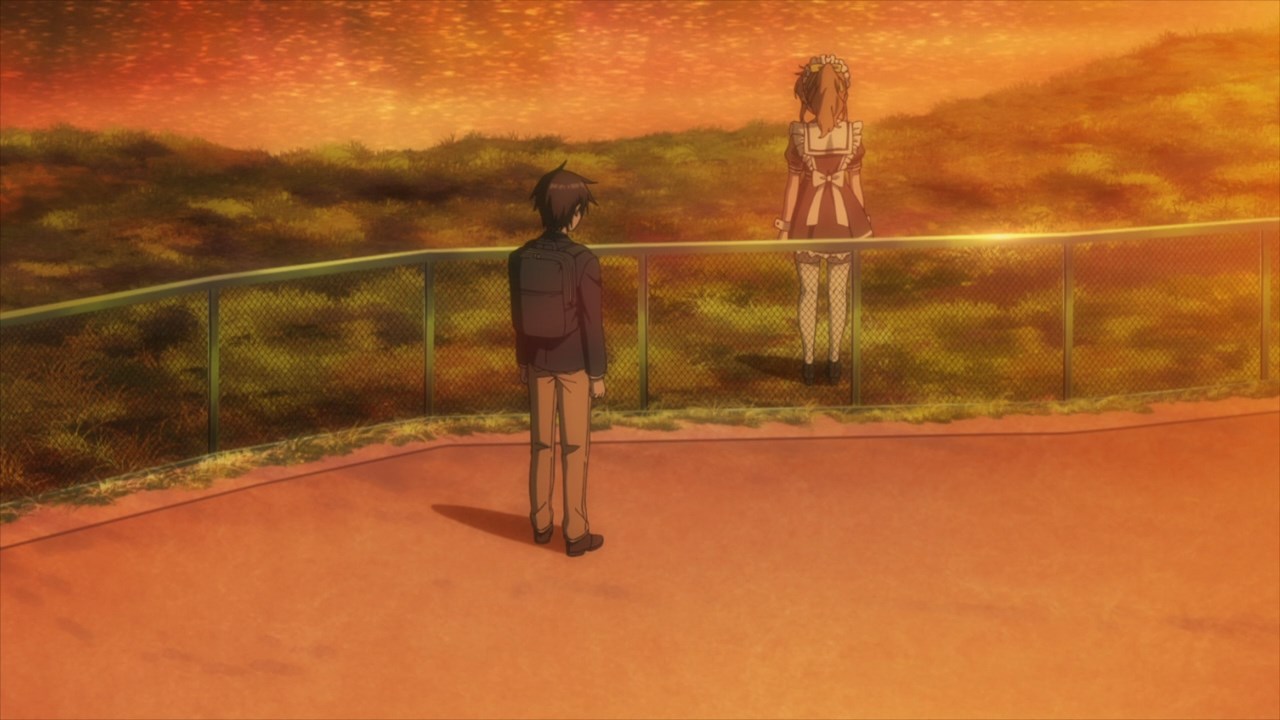 Then again, it appears that Nanako Kogure got an early stage fright where she refused to sing in front of a large audience. 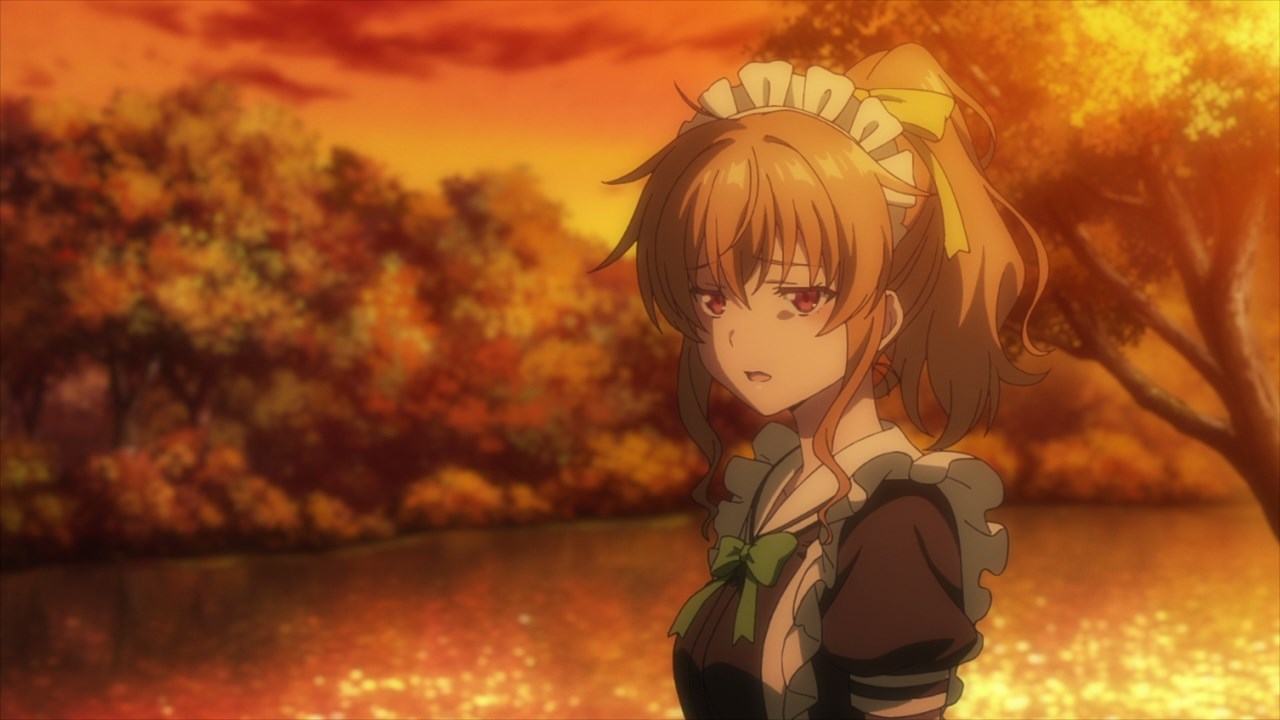 And here’s the thing though as Kogure feared that she’ll be booed by the crowd if she either mess up, or her performance is not on par with professional musicians. 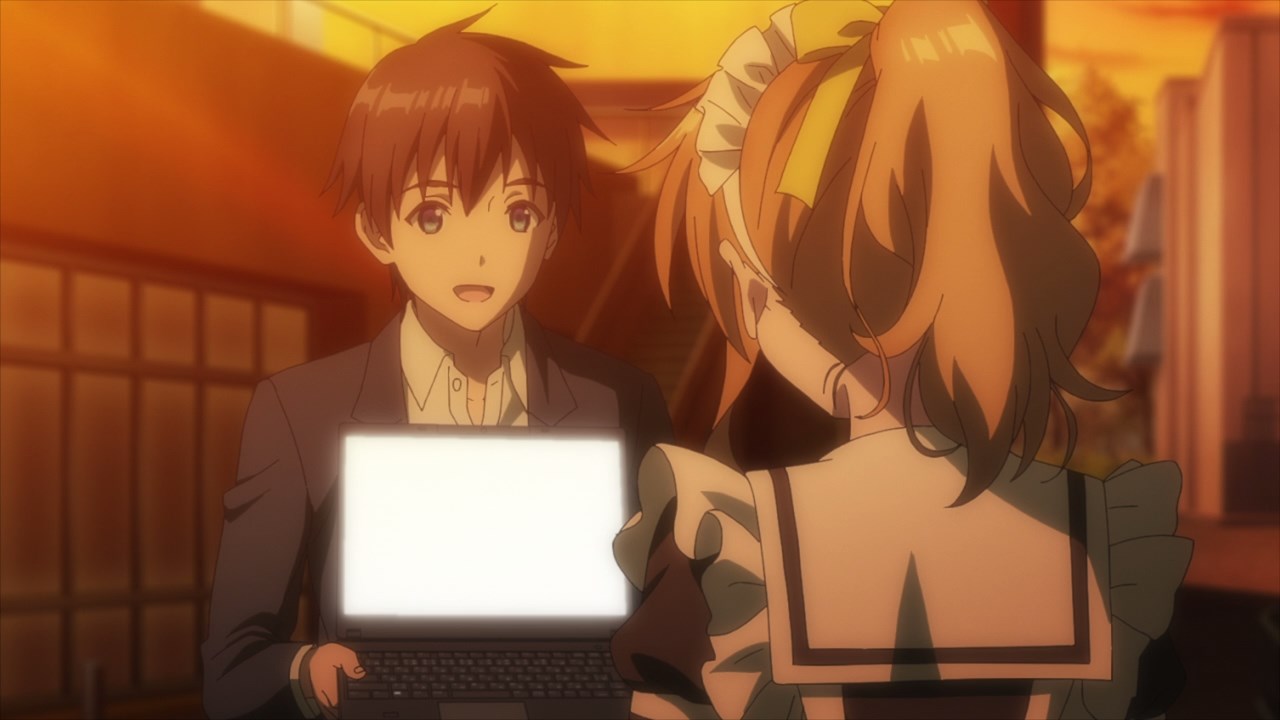 However, Hashiba believes in her talent in which her music video that was posted in Nico Nico Douga has great reviews.

Sure that there are some bad eggs and trolls, but the reception is stunning that Kyouya wants her to sing. C’mon, she’s N@NA after all! 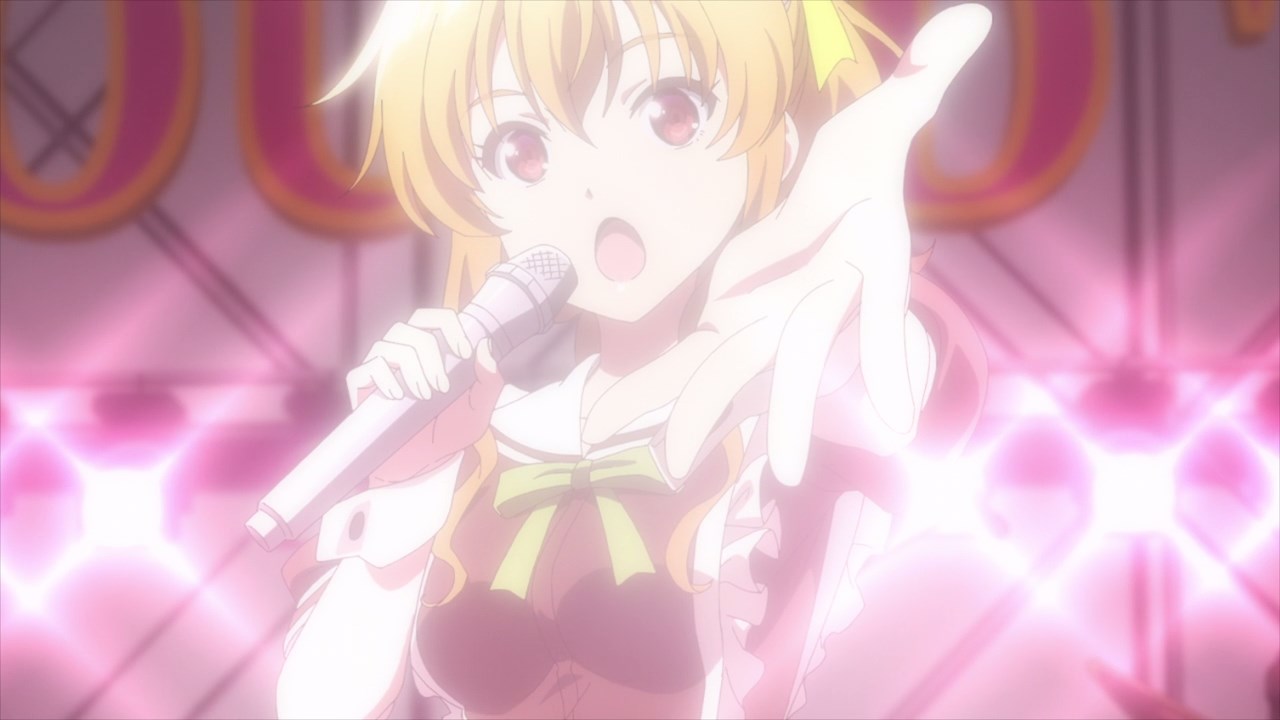 With that said, here’s Nanako Kogure performing “God knows…”, Aya Hirano’s famous song from The Melancholy of Haruhi Suzumiya. C’mon, Kyoto Animation’s adaptation was a smash hit back in 2006.

Oh yeah, I have to say that Aimi really nailed it on this cover. And so, Oonaka Art School’s festival has ended. 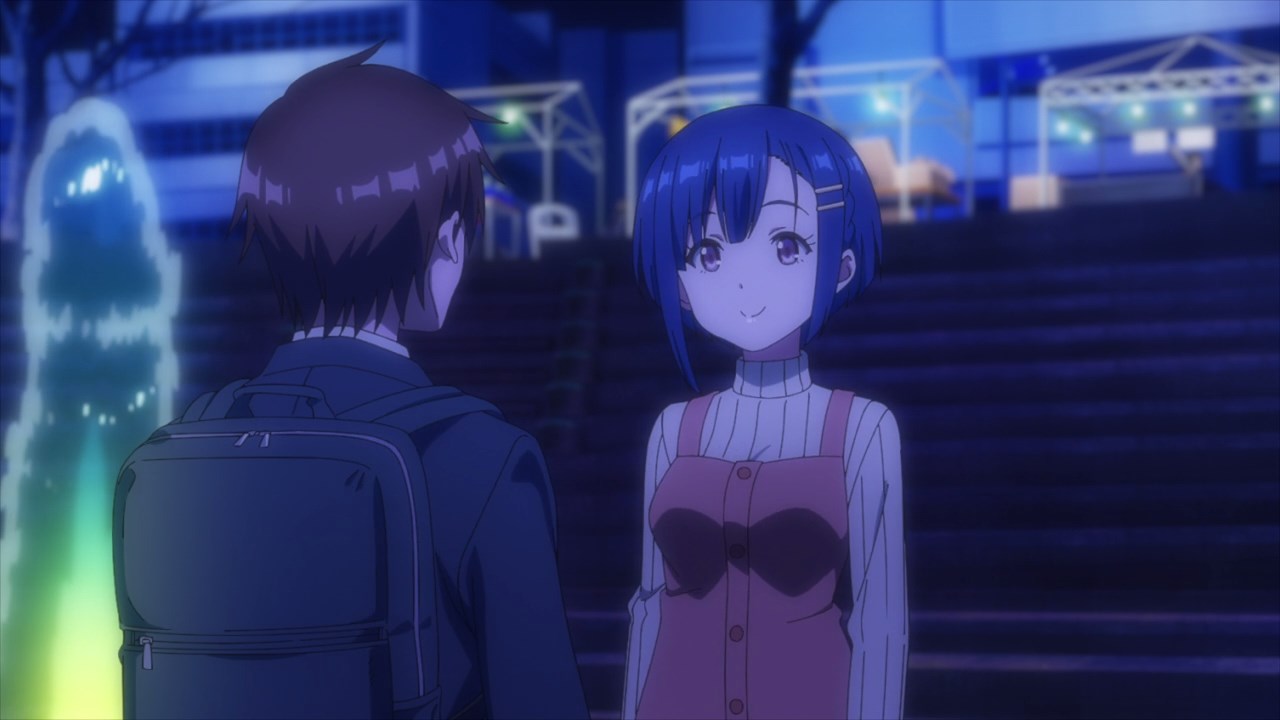 One last thing, here’s Aki Shino where she has a surprise for Kyouya Hashiba. What could it be? 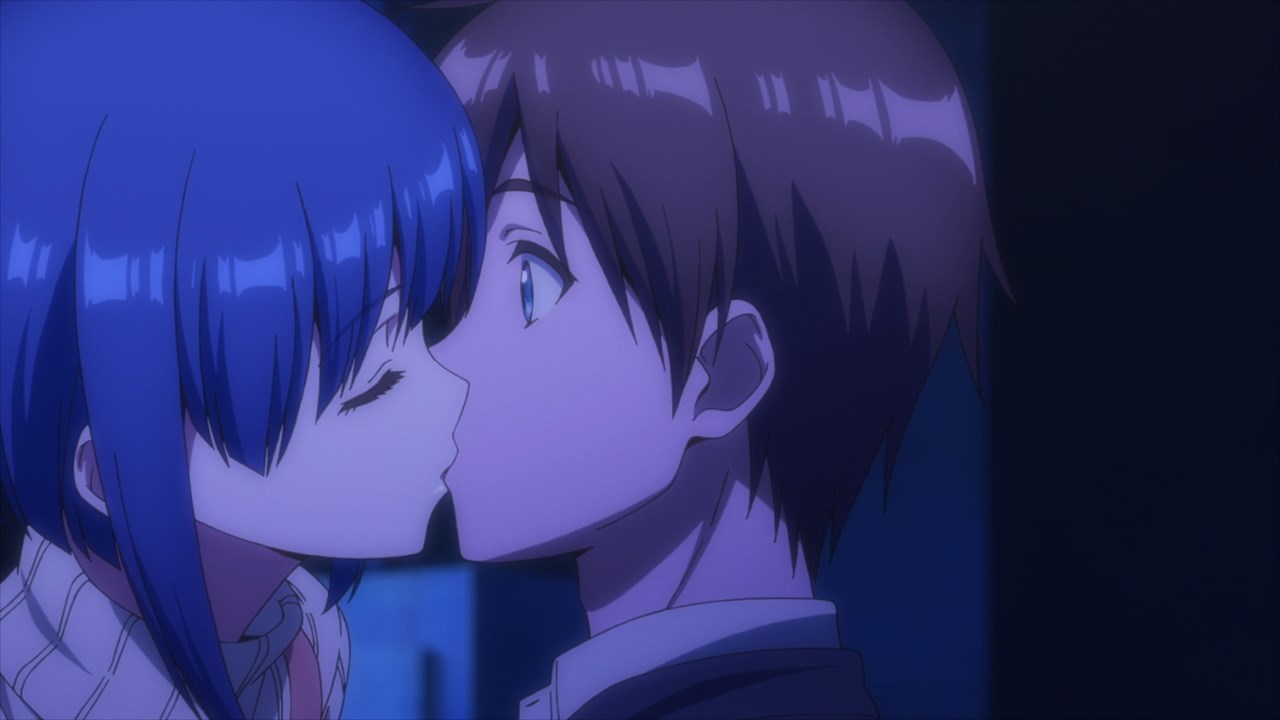 Well, turns out that Aki kissed Kyouya to the lips. Man, I have a feeling that Shino is in love with him but what a great way to end the school festival! 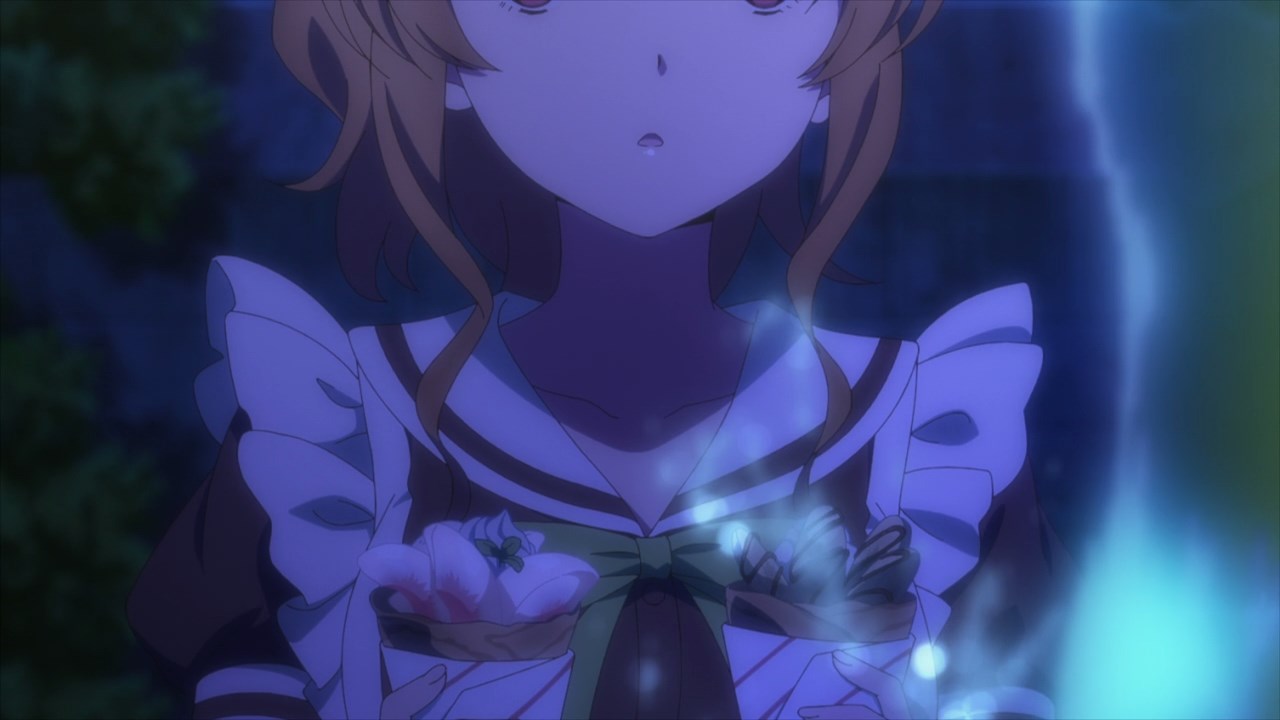 Of course, there’s Nanako Kogure where her heart got broken upon seeing Aki kissing Kyouya. This won’t end well for Team Kitayama!

Anyways, tune in next time where Hashiba will have some explaining to do towards Kogure.