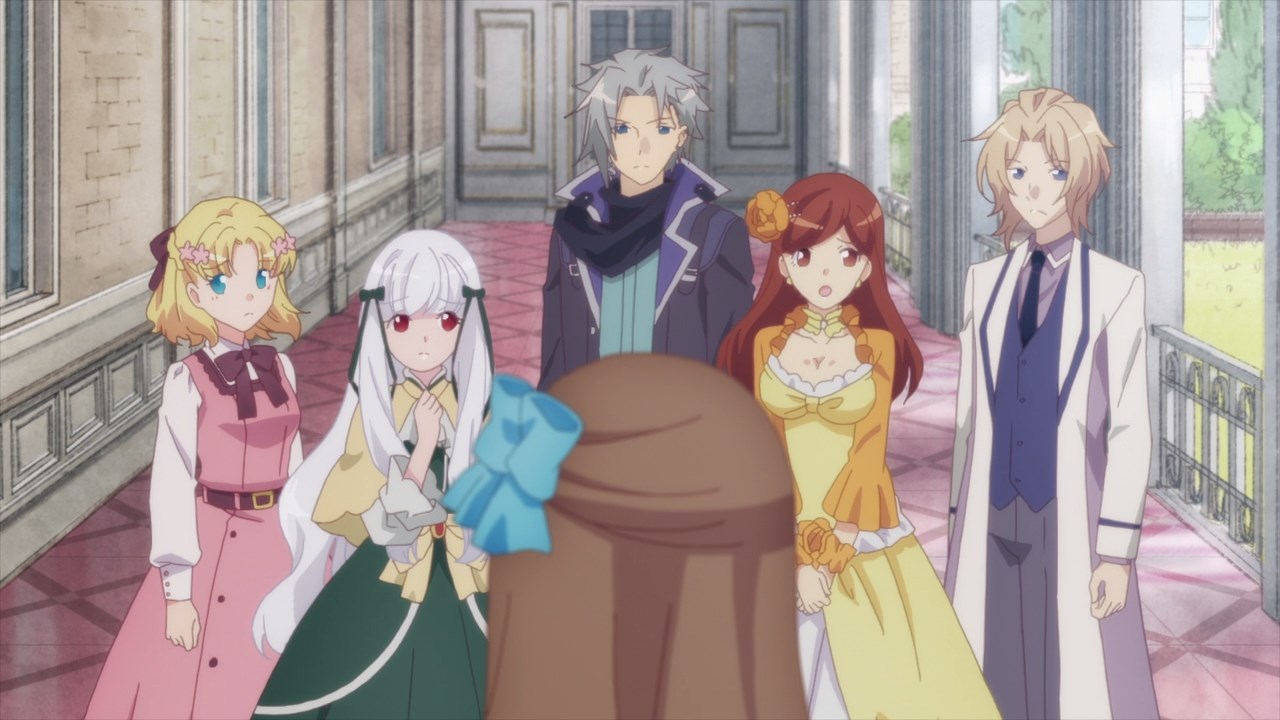 Well everyone, here’s Catarina Claes where she’s feeling a bit stunned after receiving a kiss from her fiancé, although everyone is shocked that Geordo Stuart makes his bold move that they follow Catarina wherever she goes.

Now then, regarding the mastermind behind Catarina’s kidnapping in order to force Geordo to relinquish his successorship to the throne? Well, turns out that a marquis named David Mason is the one behind it, but the problem is that he wants someone from the Stuart family to become the next king. 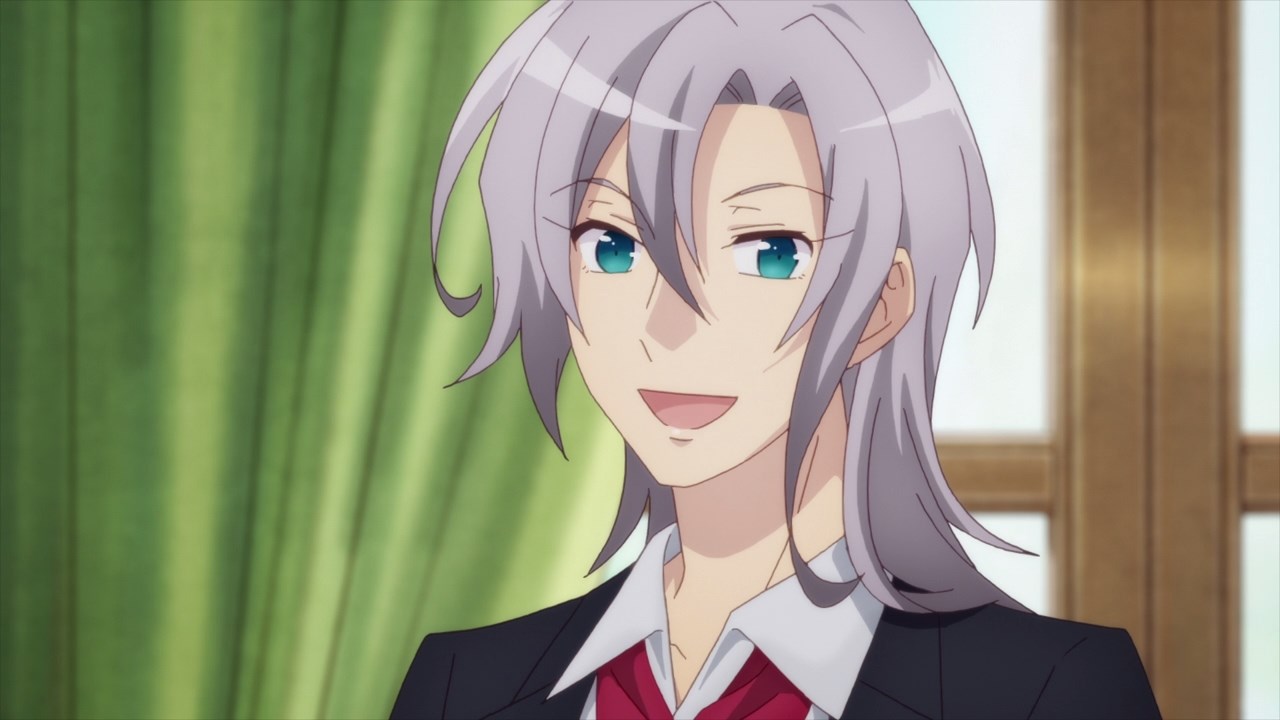 And here’s the shocking revelation as it turns out that David Mason wants Geoffrey Stuart to be the next king.

Oh I knew that Takehito Koyasu’s character is one magnificent bastard, although Geoffrey is not interested in becoming the next king for some reason. Oh yeah, Geoffrey is meeting someone from the Department of Magic. 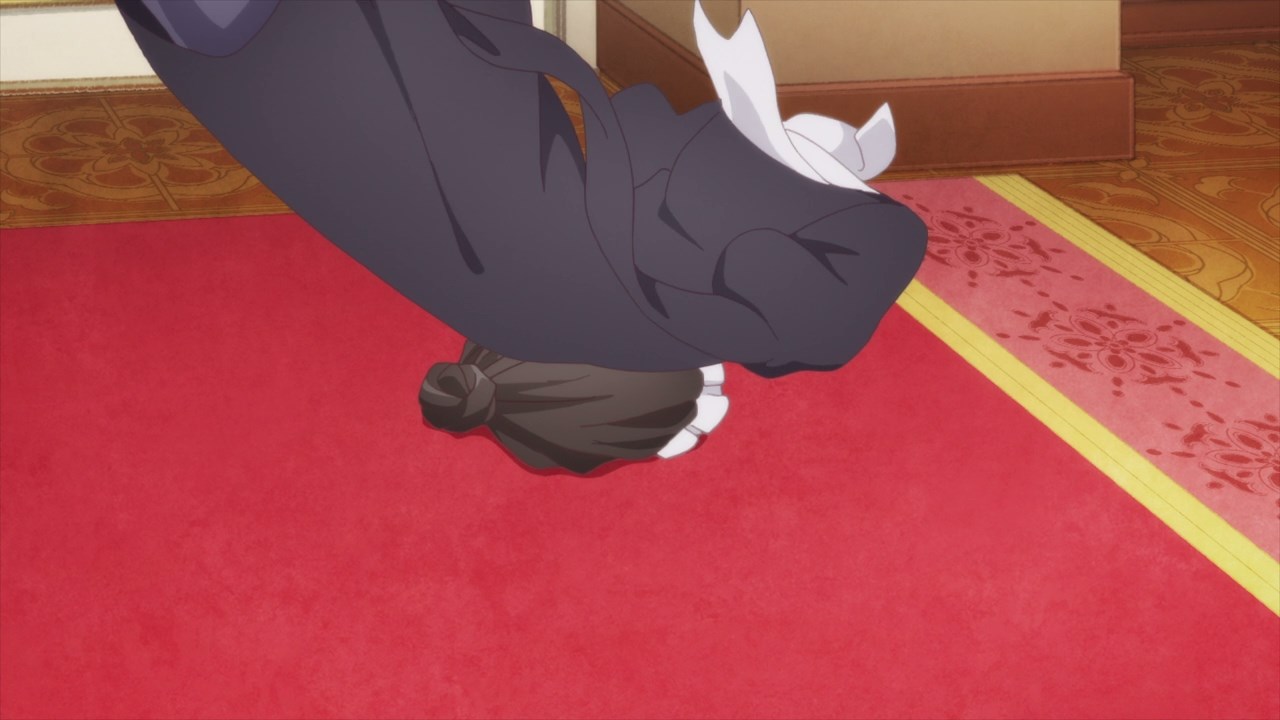 And here’s the thing though as a certain maid/spy named Larna Smith has another disguise where she removes her getup. 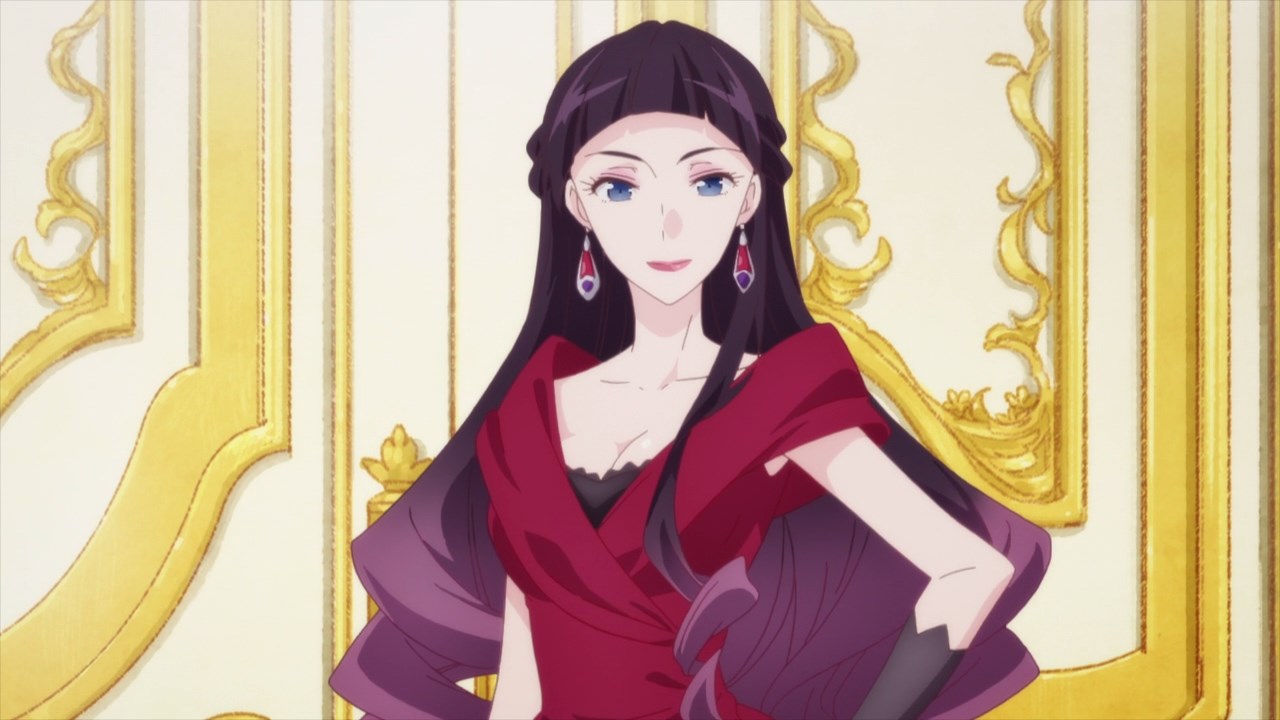 Anyways, turns out that Larna Smith is actually Geoffrey’s fiancé Suzanna Randall and man, I can’t believe that Geoffrey would take a spy as his wife.

But seriously though, I’m really curious on why Geoffrey Stuart is not interested in becoming the next king? 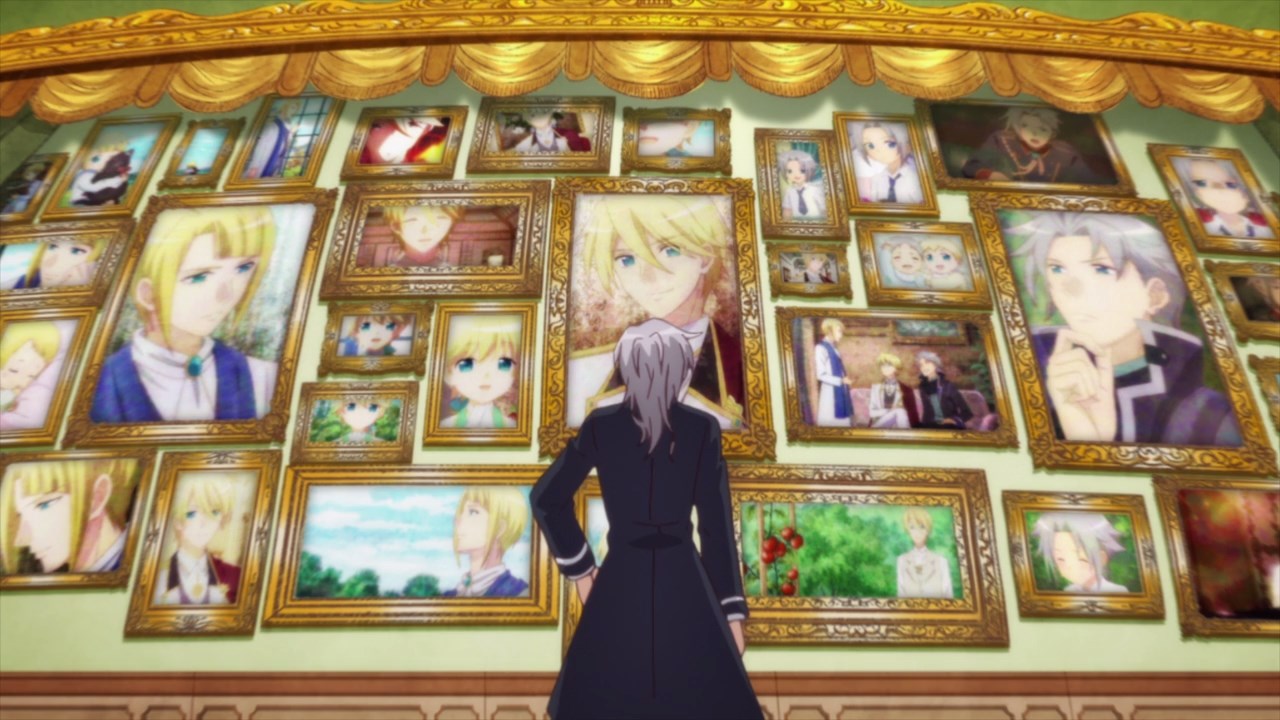 Unfortunately, I feel some regret as Geoffrey is one hell of a brocon. Forget about characters who loves little sisters, we have this dude who really loves Ian, Geordo, and Alan Stuart! 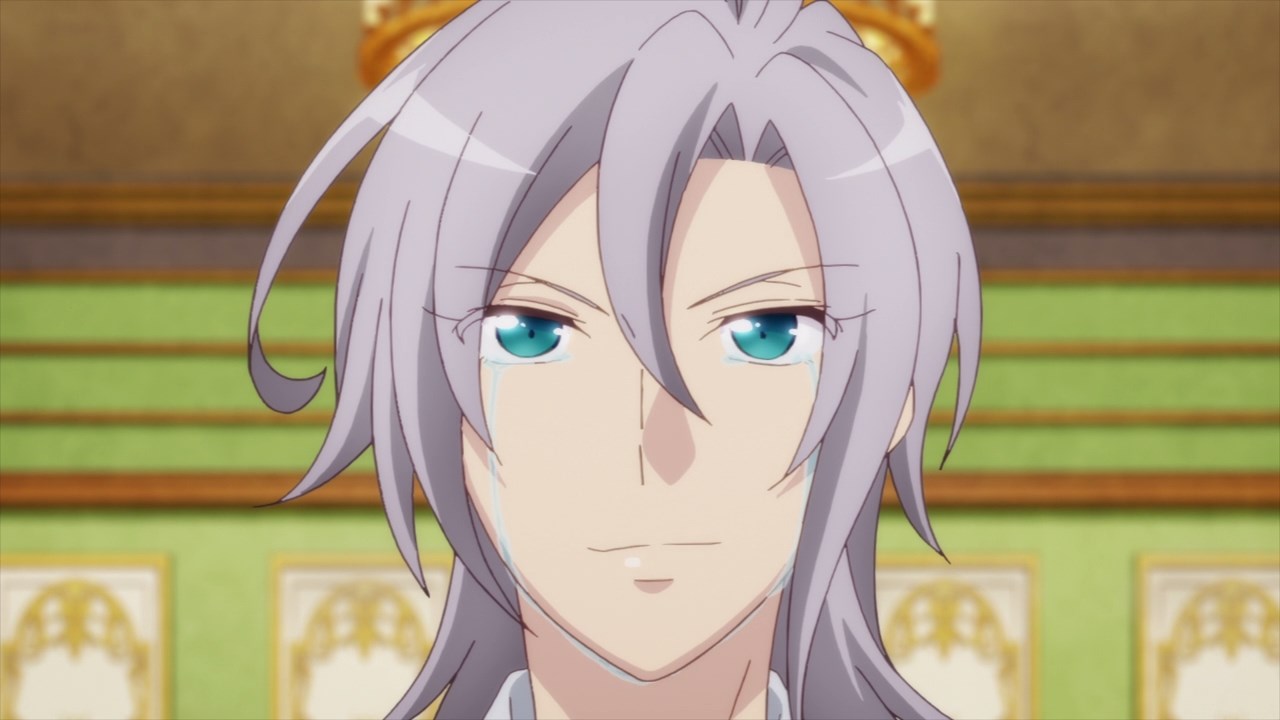 And seriously, Geoffrey is shedding tears upon seeing his portrait collection. God, that reminds me of Akane Akaza from Yuruyuri.

With that said, Geoffrey Stuart loves his brothers so much that he tried to befriend them back when Geoffrey was just a kid. While he managed to befriend Ian Stuart, Catarina Claes successfully saved both Geordo and Alan’s aching hearts… after she bumped her forehead to the ground. 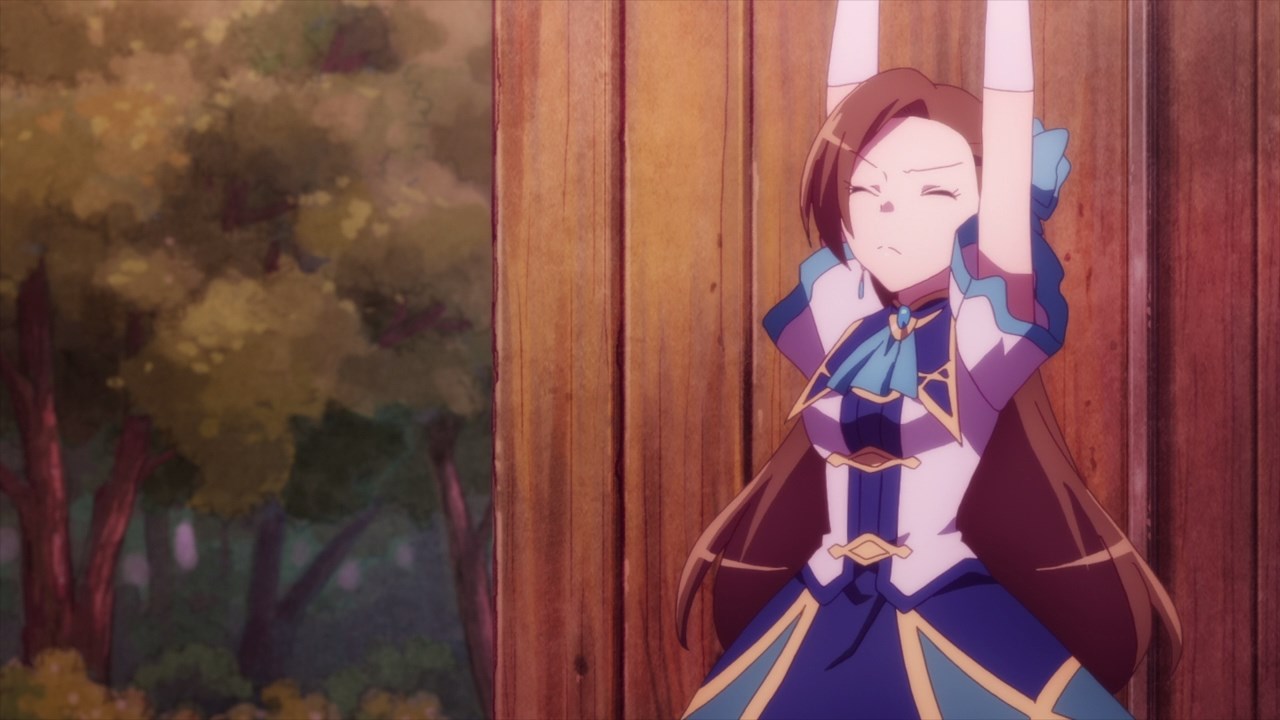 Speaking of Catarina Claes, looks like she wants to get some fresh air alone after being chased by the likes of Maria Campbell, Keith Claes, the list goes on.

Sure that they’re worried about her but man, Catarina needs some personal space in order to take a breather. 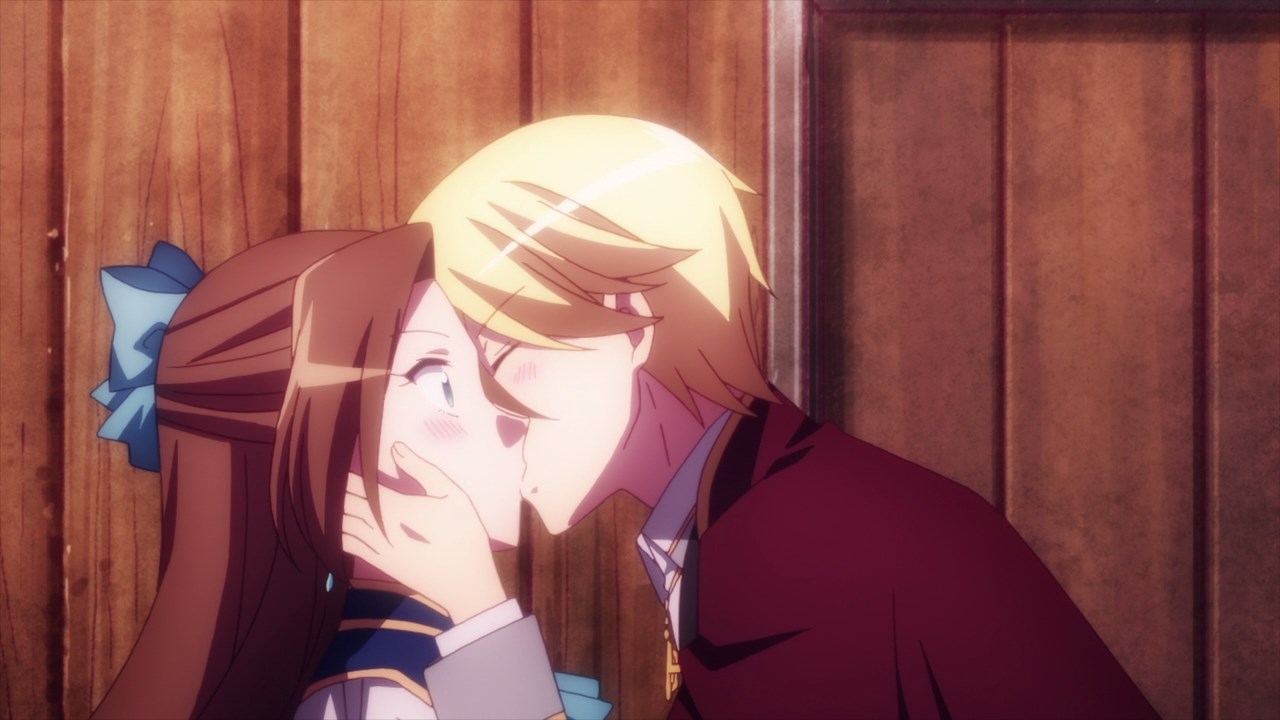 Unfortunately for Catarina Claes, Geordo Stuart has arrived where he actually kiss her for the 3rd time. Looks like Geordo doesn’t want to lose his fiancé ever again after that kidnapping incident. 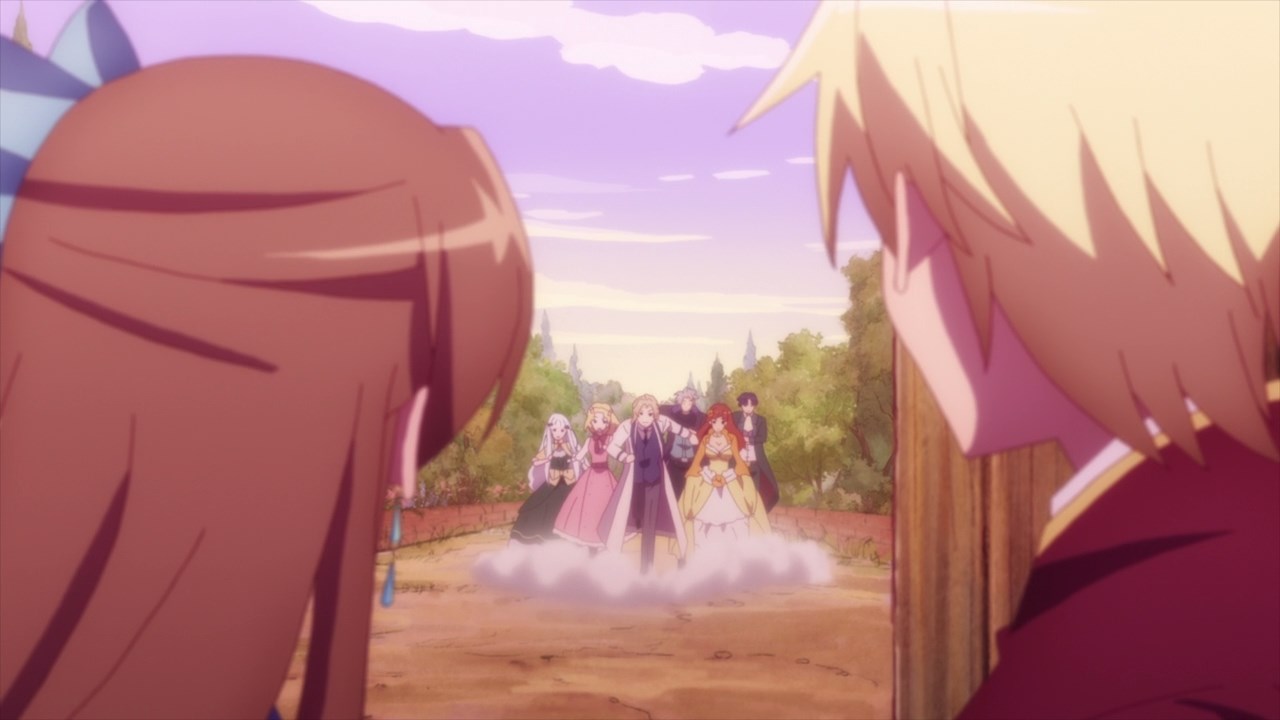 But then again, you have Mary Hunt and the Ascart siblings where they don’t want Geordo taking Catarina all by himself. God, Catarina’s harem is very fierce that they’ll do anything to protect the villainess!

And that’s the end of this episode where this 2nd season has gone way more political, especially when it comes to succession to the throne. Other than that, let’s hope that nothing bad will happen to Catarina Claes when the next episode comes around.