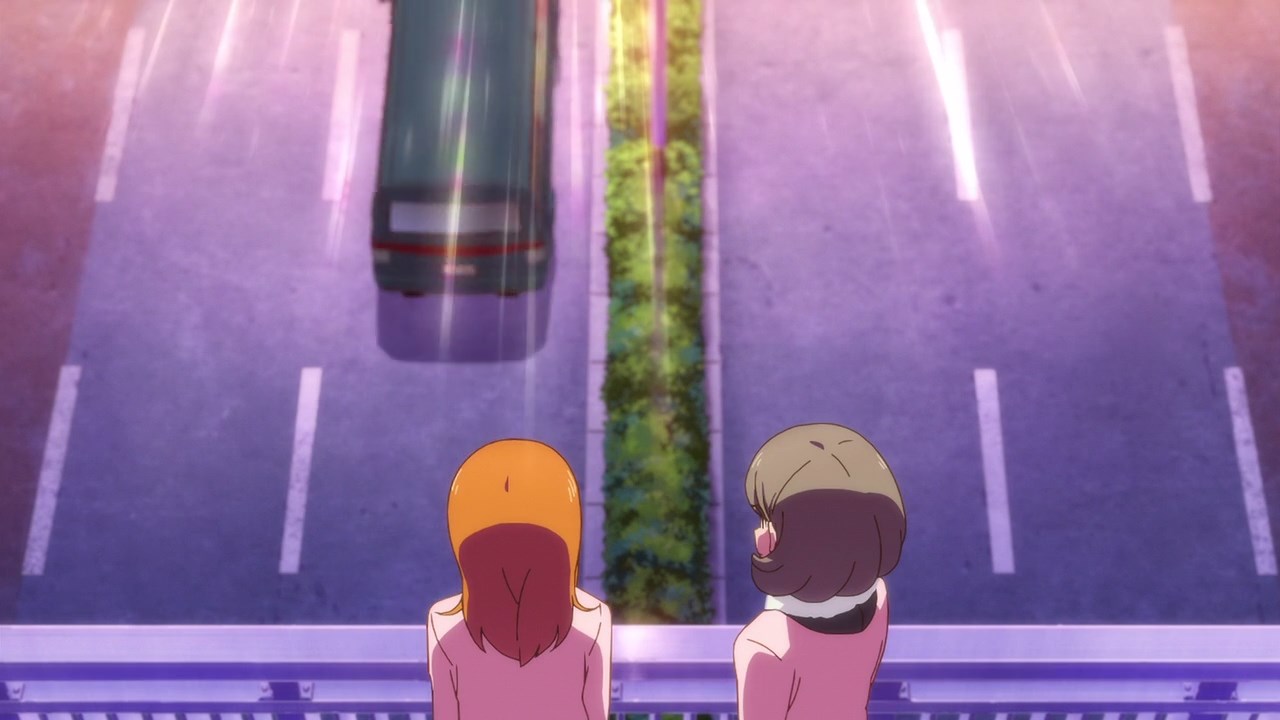 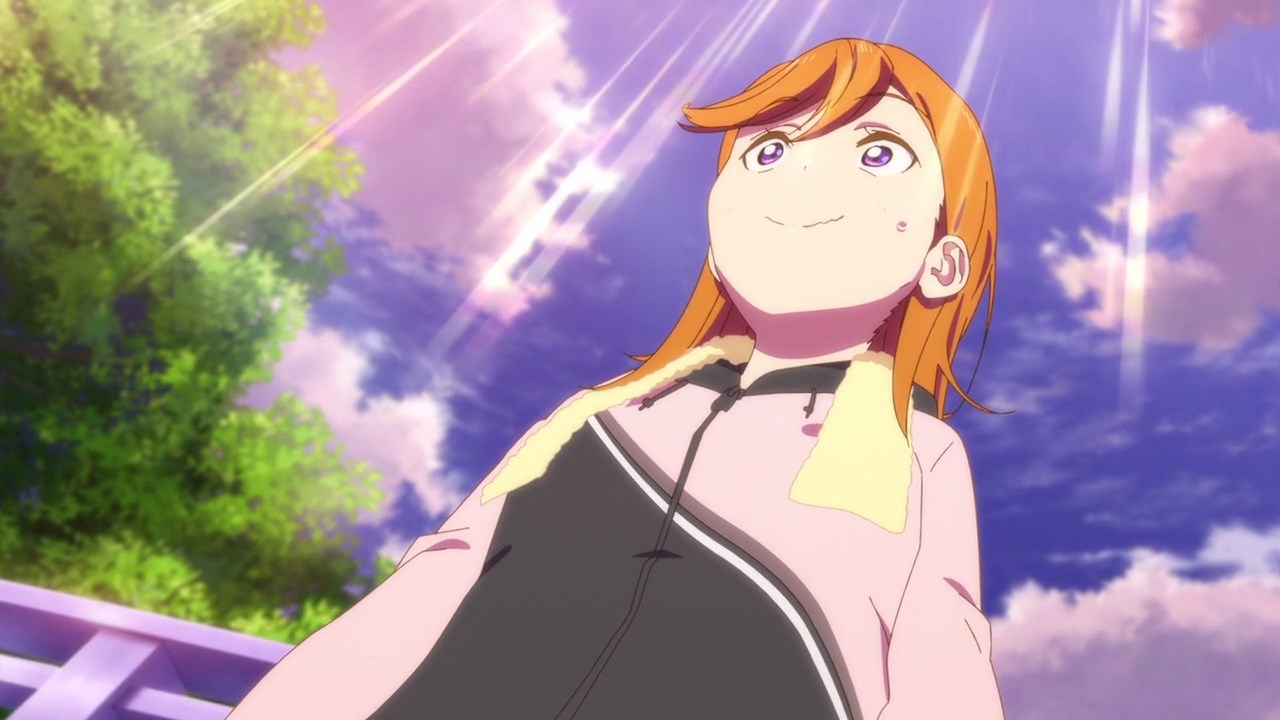 Oh boy, it appears that we’re supposed to hear Keke Tang’s reason for becoming a school idol, but Kanon Shibuya’s stage fright has kicked in yet again as she’s frozen cold. Man, we’re back to square one huh? 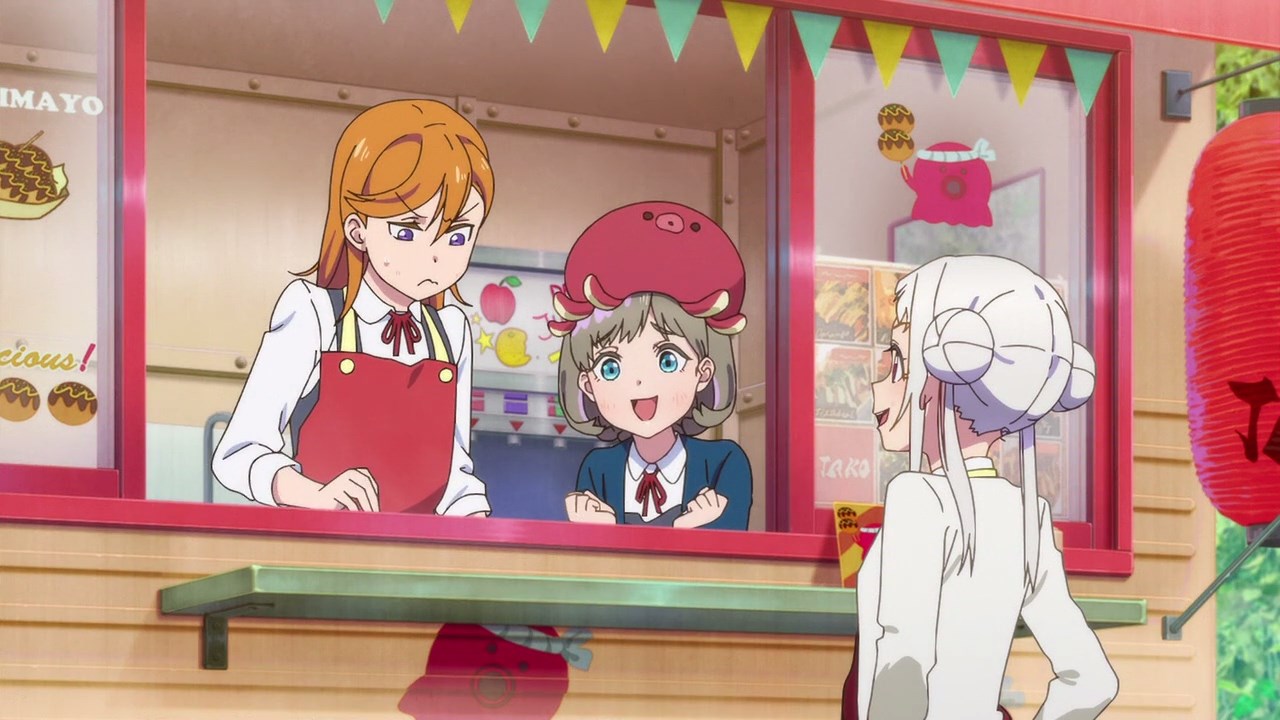 Fortunately, Chisato Arashi has a solution in which she told Kanon to sell takoyaki to various people until she can overcome her stage fright. Then again, not sure if Chisato’s method would work on Kanon. 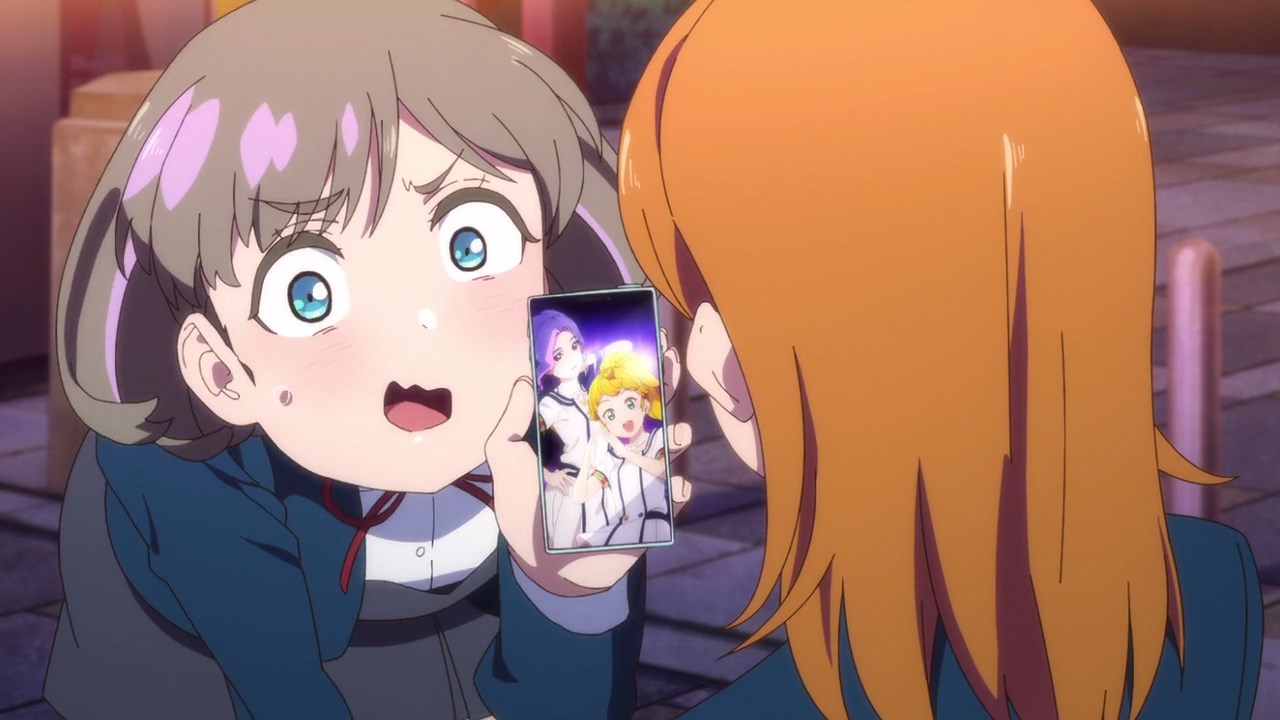 However, it gets worse when Keke told Kanon that there’s a famous school idol group named Sunny Passion will participate in the upcoming school idol festival. 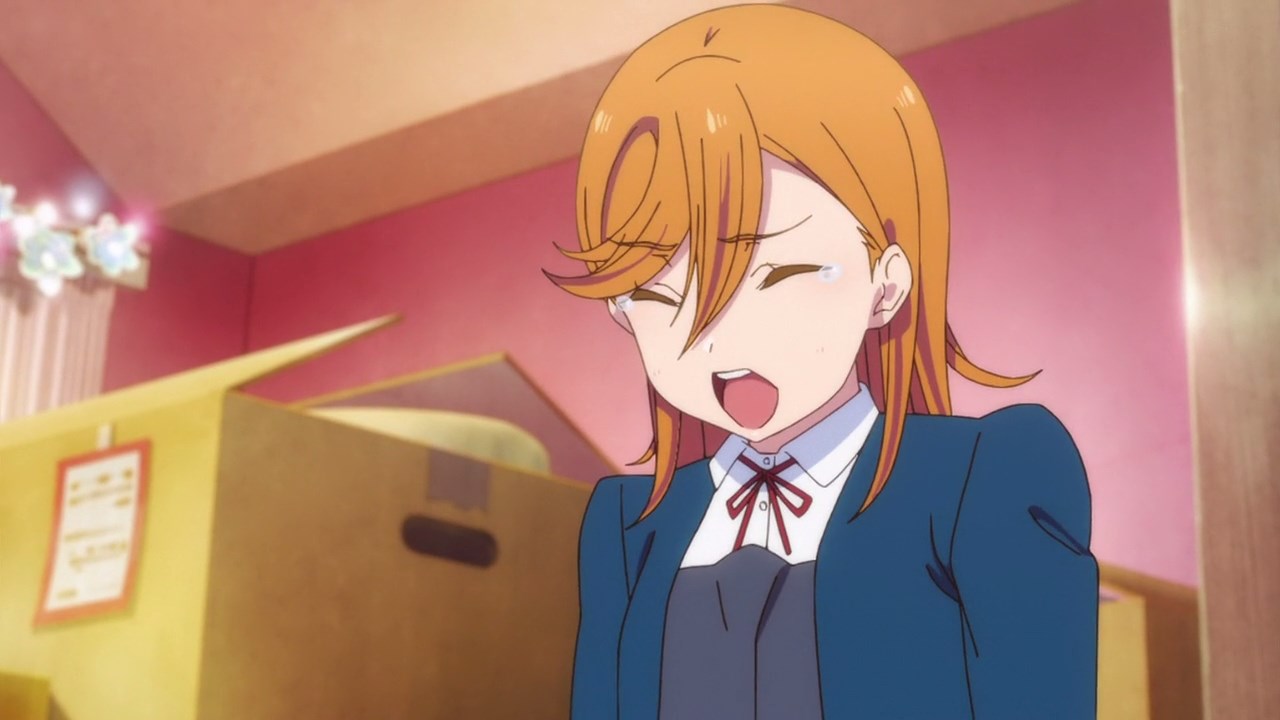 But because of Sunny Passion’s participation, it looks like Kanon Shibuya’s motivation has gone down that it’s impossible for her to sing in front of a large crowd ever again. Someone needs to hug Kanon. 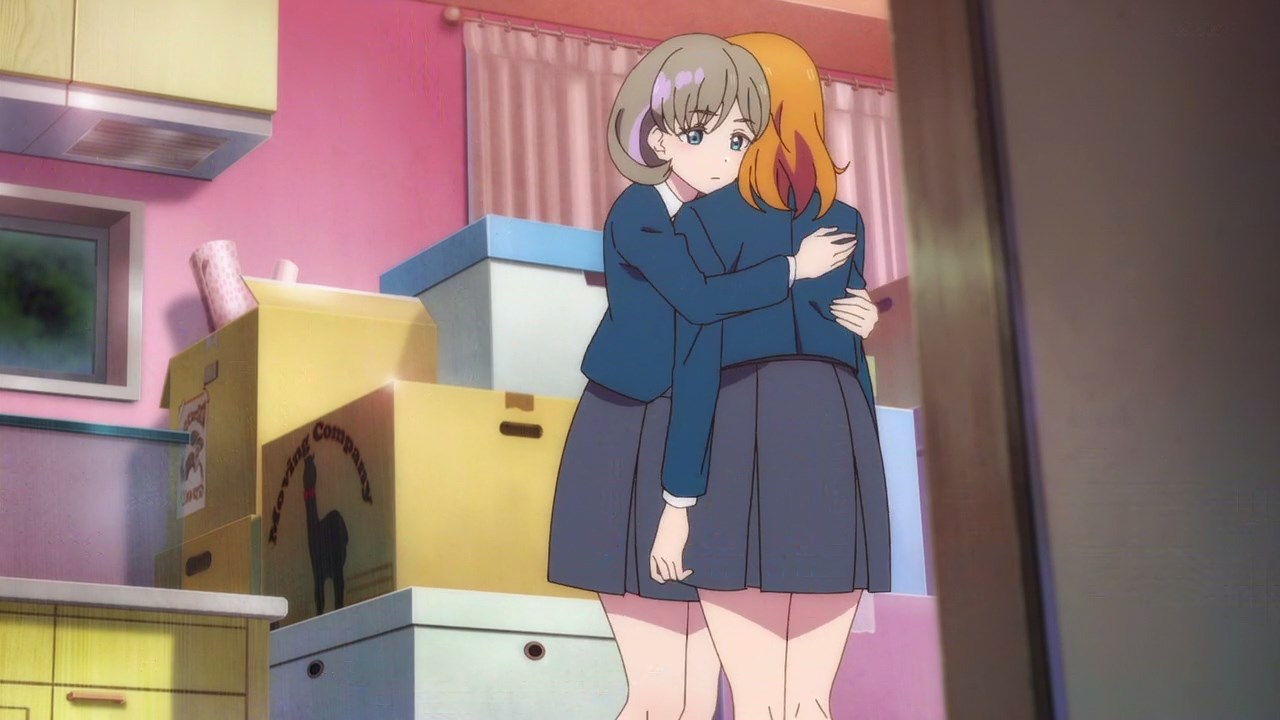 Fortunately, Keke Tang is here to comfort her with a warm hug. That was nice of her, although I’m still worried that there will be a meltdown on the day of the festival. 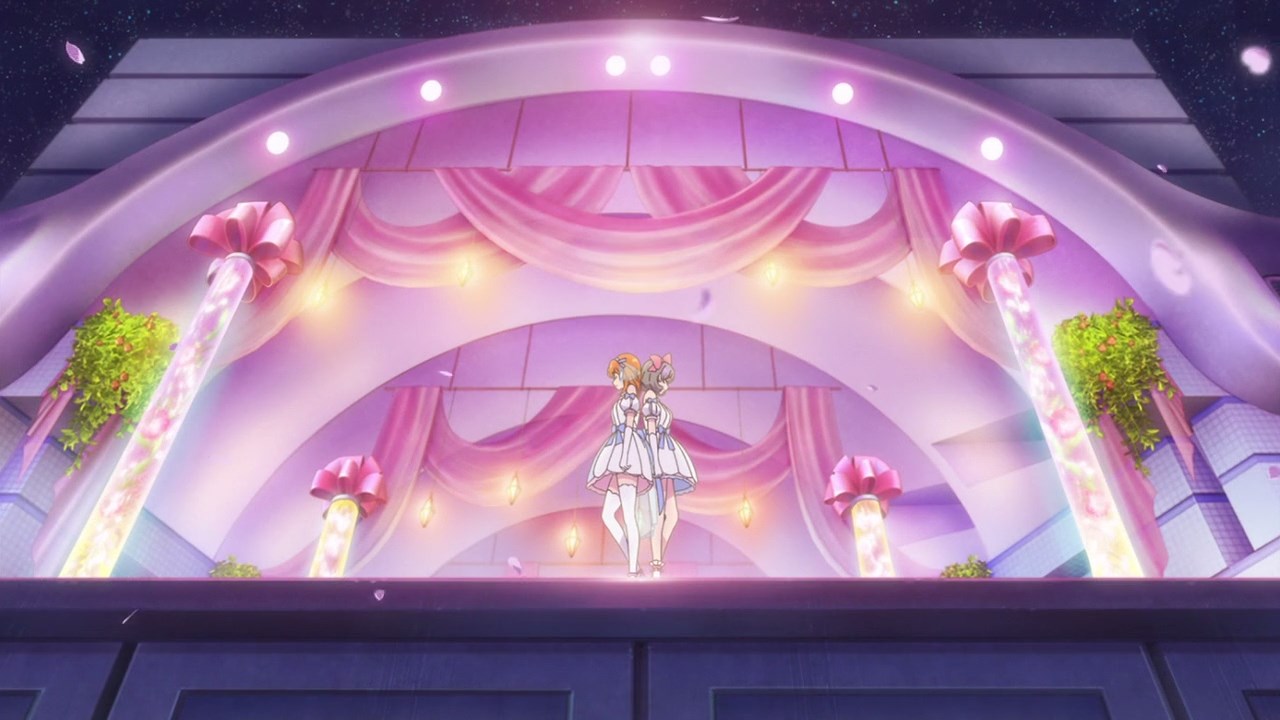 With that said, the day has finally arrived as Kanon Shibuya and Keke Tang are about to perform as KuuKaa.

Man, I’m scared on what’s gonna happen during the performance as Kanon’s stage fright might kick in during the crucial parts. 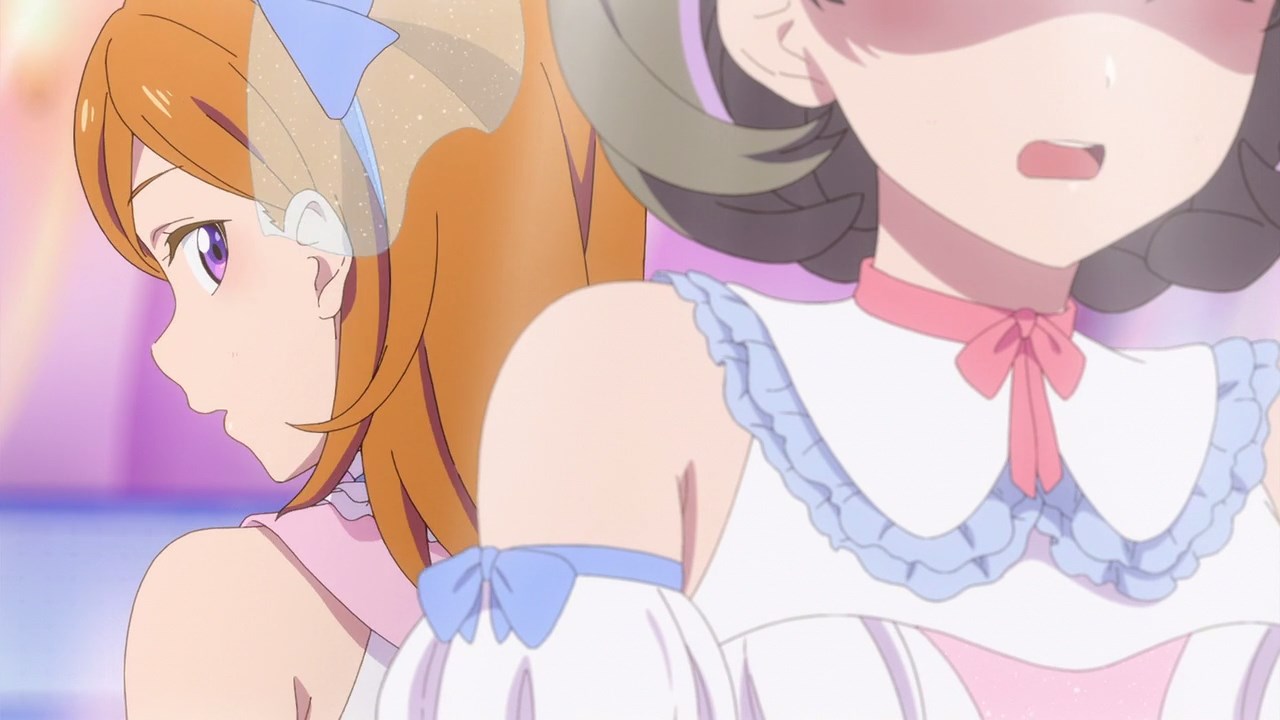 But it gets even worse as Keke Tang is getting nervous as this is her first time performing as a school idol.

She might be a school idol fan, but becoming one is another story. Let’s hope that their training with Chisato Arashi won’t go to waste. 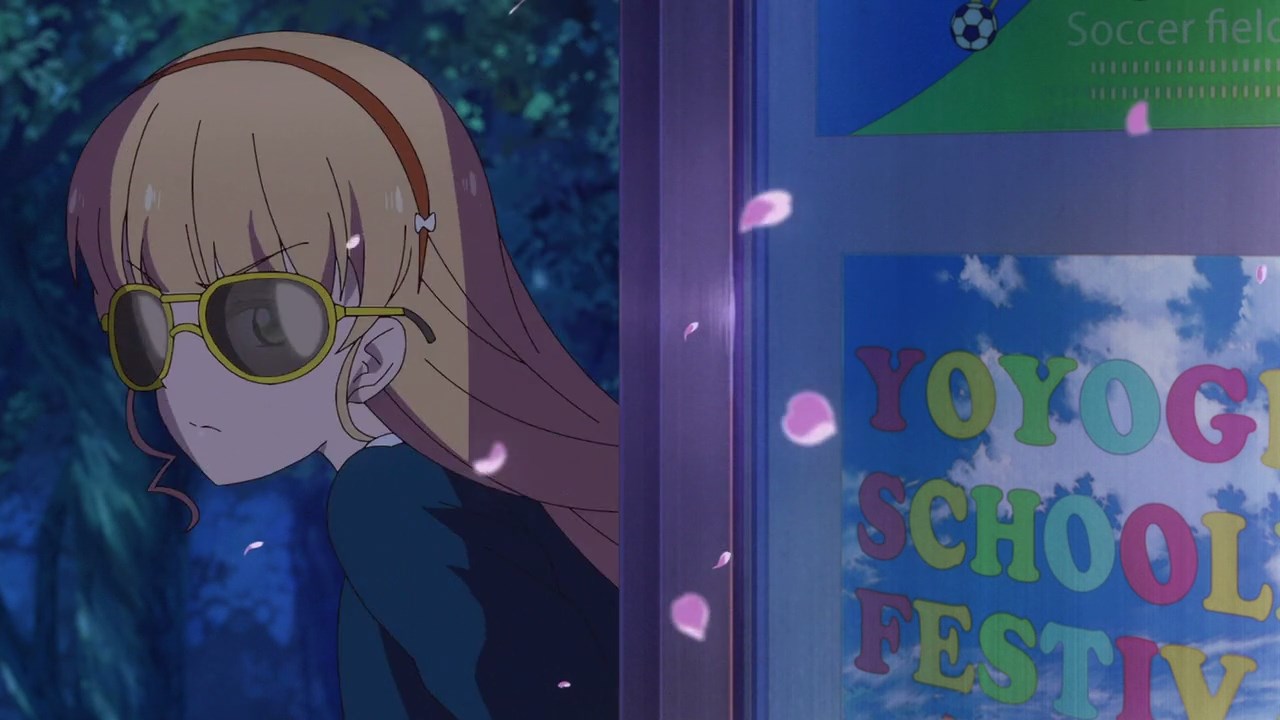 Meanwhile, here’s Sumire Heanna where she’s very curious on watching this school idol festival at Yoyogi Park. Then again, I wish Sumire should ditch the sunglasses ’cause it’s really dark to see at night. 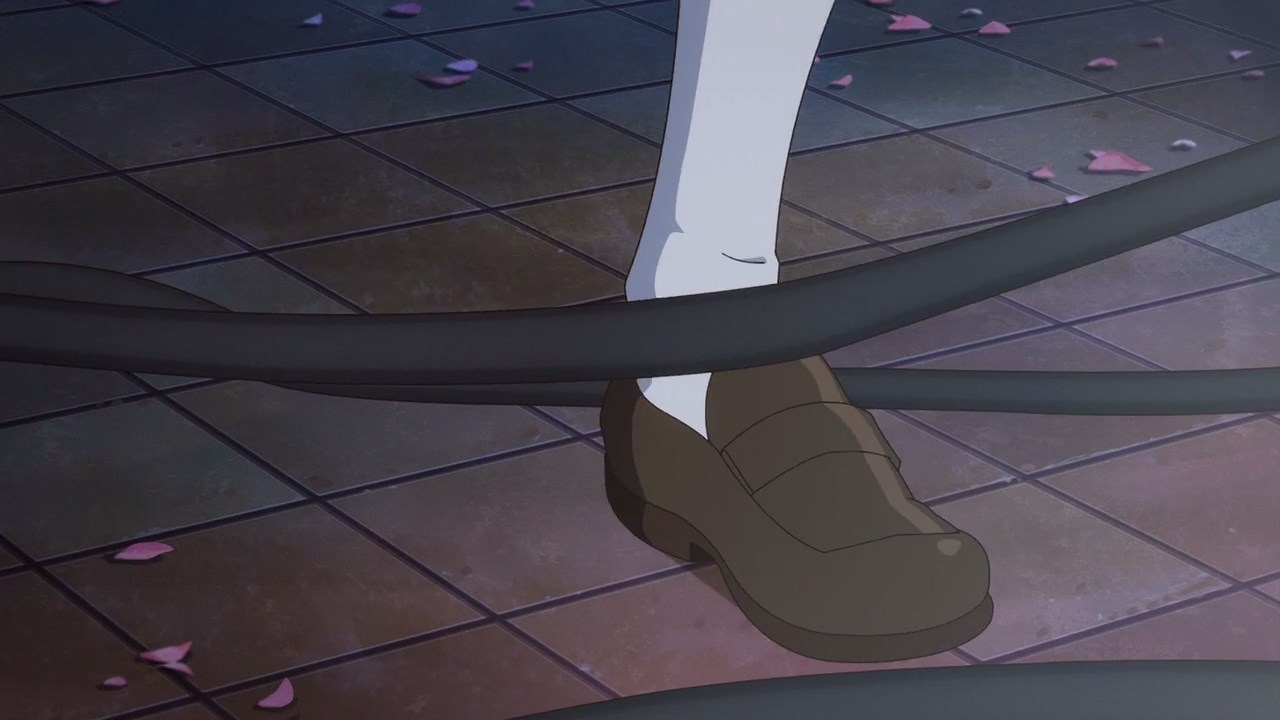 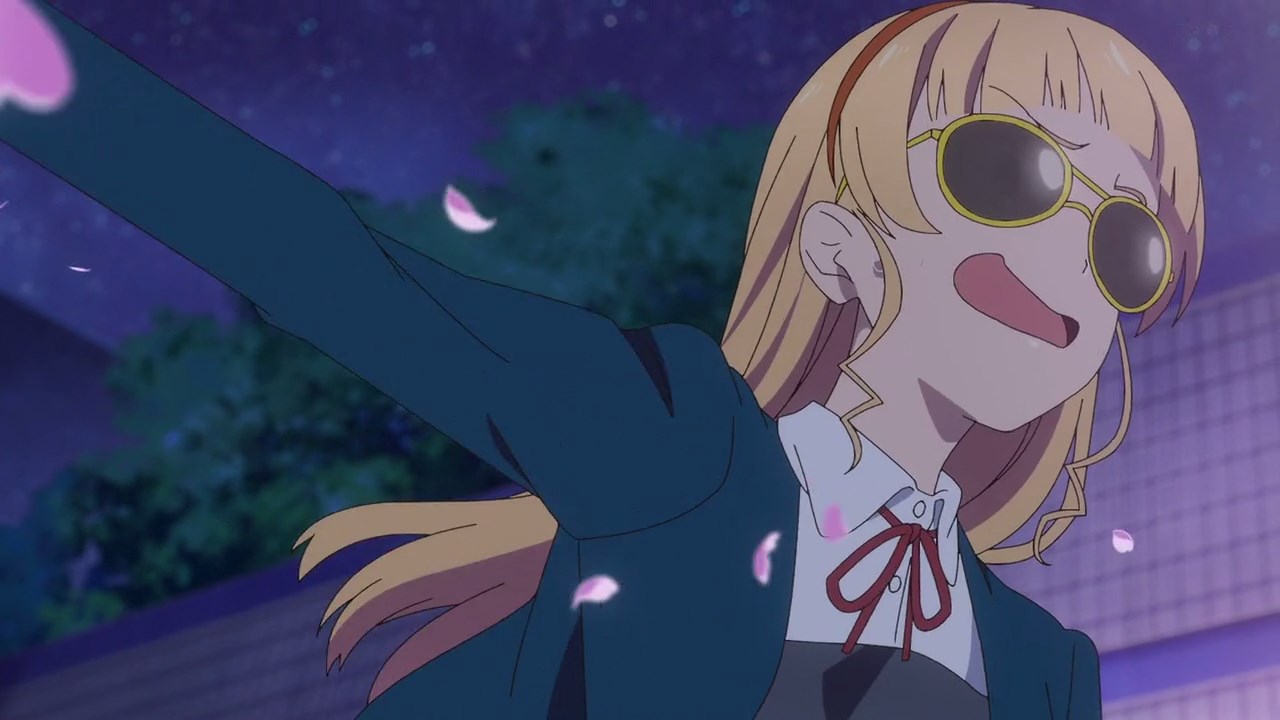 In fact, Sumire’s “disguise” made it possible to see her surroundings as she tripped on one of the power cords. Man, Heanna is so clumsy on this episode! 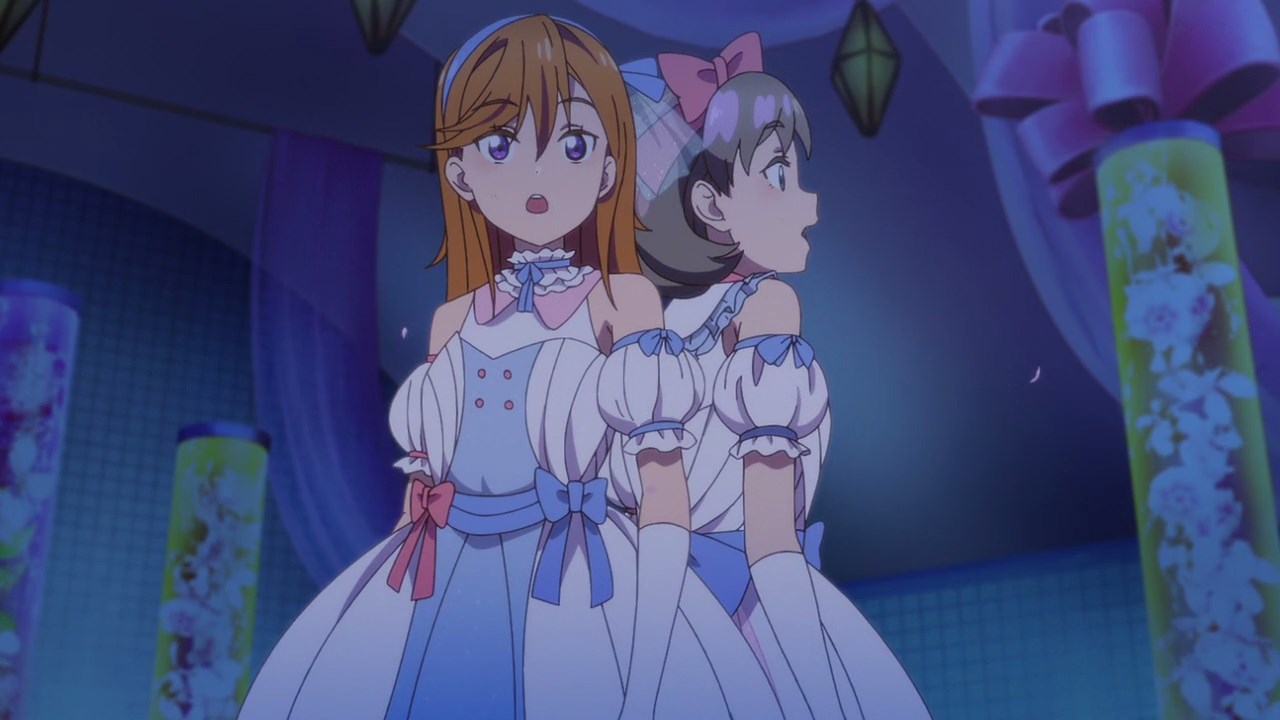 With that said, looks like the stage got really dark thanks to Sumire’s accident. Man, I feel that a trainwreck will be inevitable on this episode. 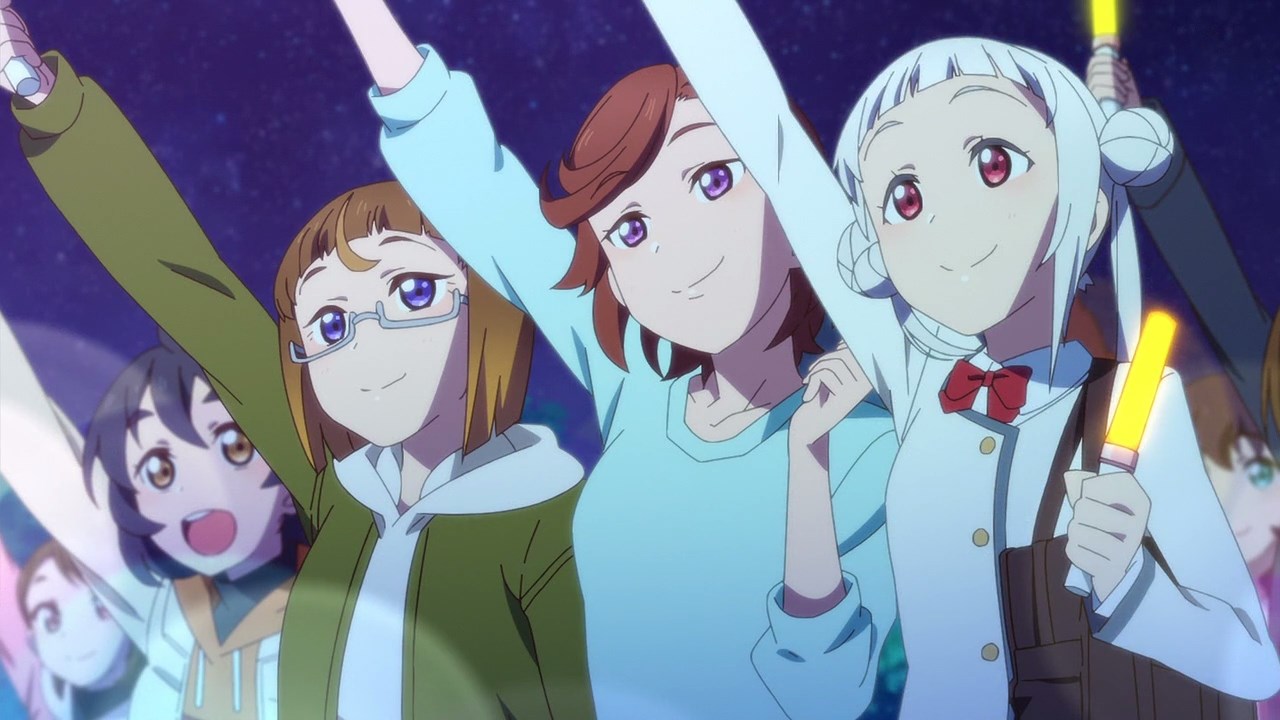 However, Chisato Arashi decided to open her penlight to illuminate the stage. Soon, the rest of the audience followed suit as the entire stage is full of penlights. 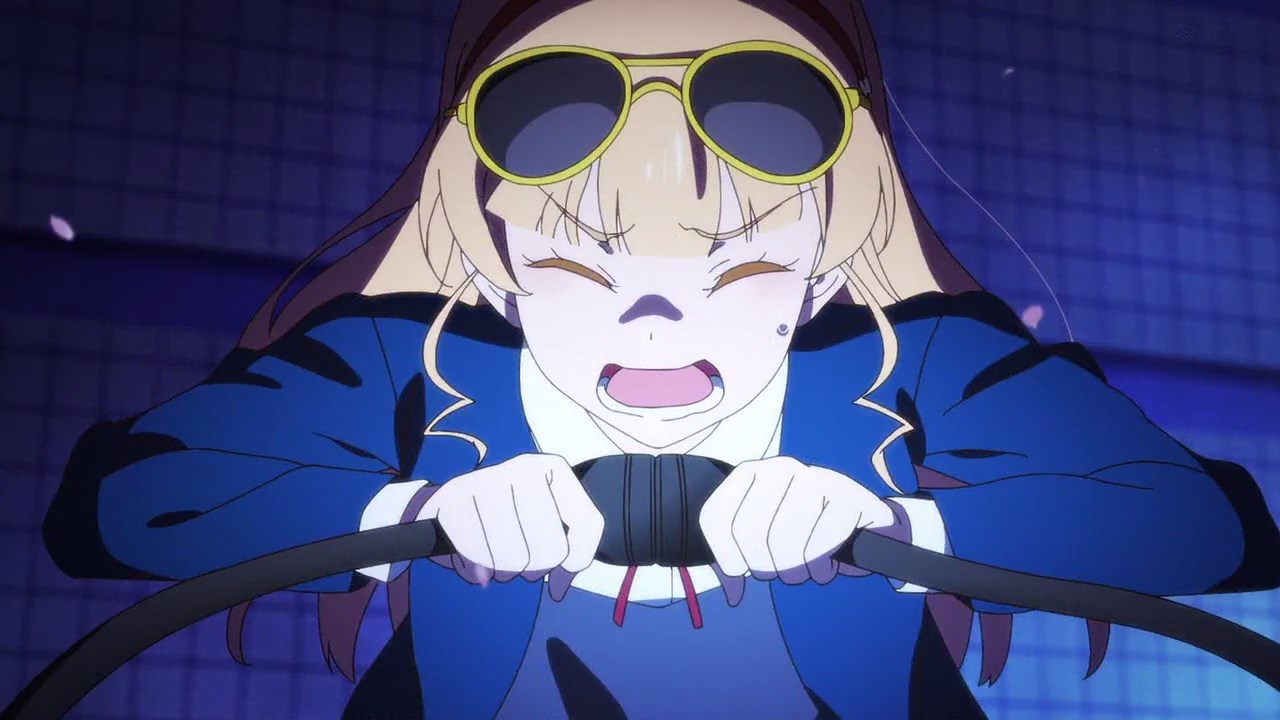 Oh yeah, and here’s Sumire Heanna where she decided to atone for her mistakes and plug in the power cord. Then again, I hope Sumire won’t get electrocuted ’cause that’ll be bad! 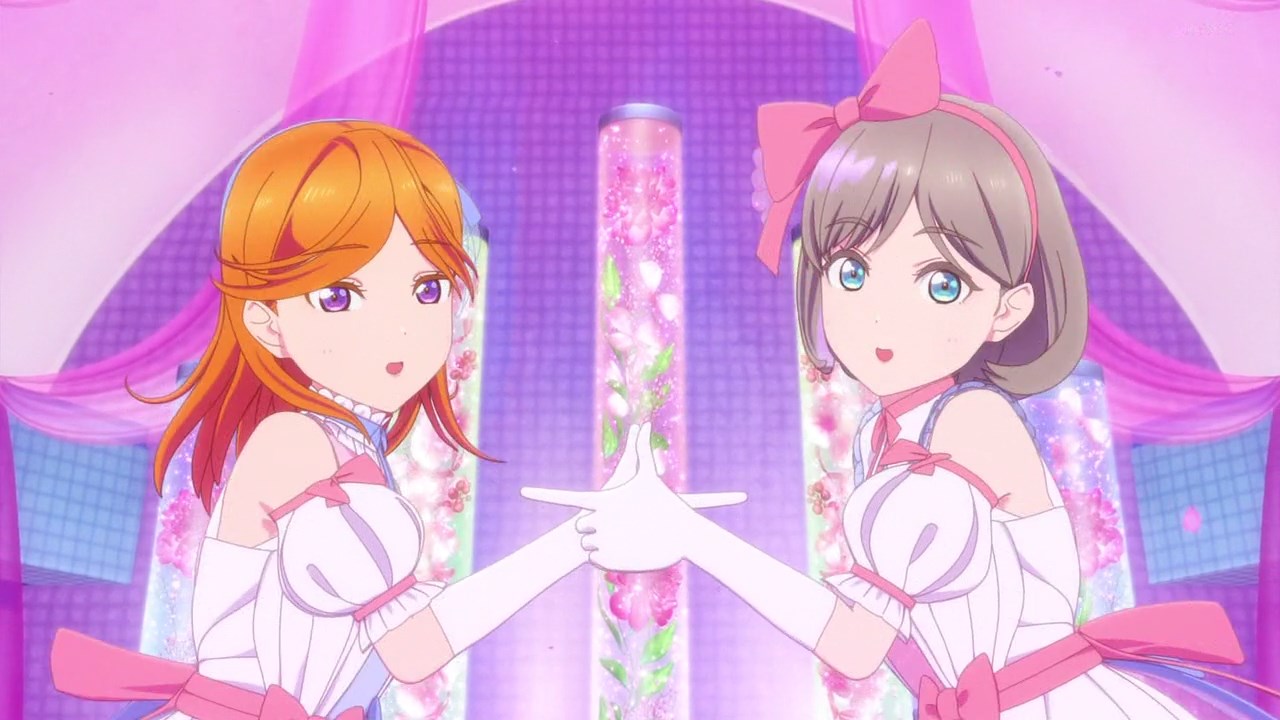 And so, Kanon Shibuya and Keke Tang conquered their fears and perform “Tiny Stars”. I have to say that their song is quite a banger that the audience loved it! 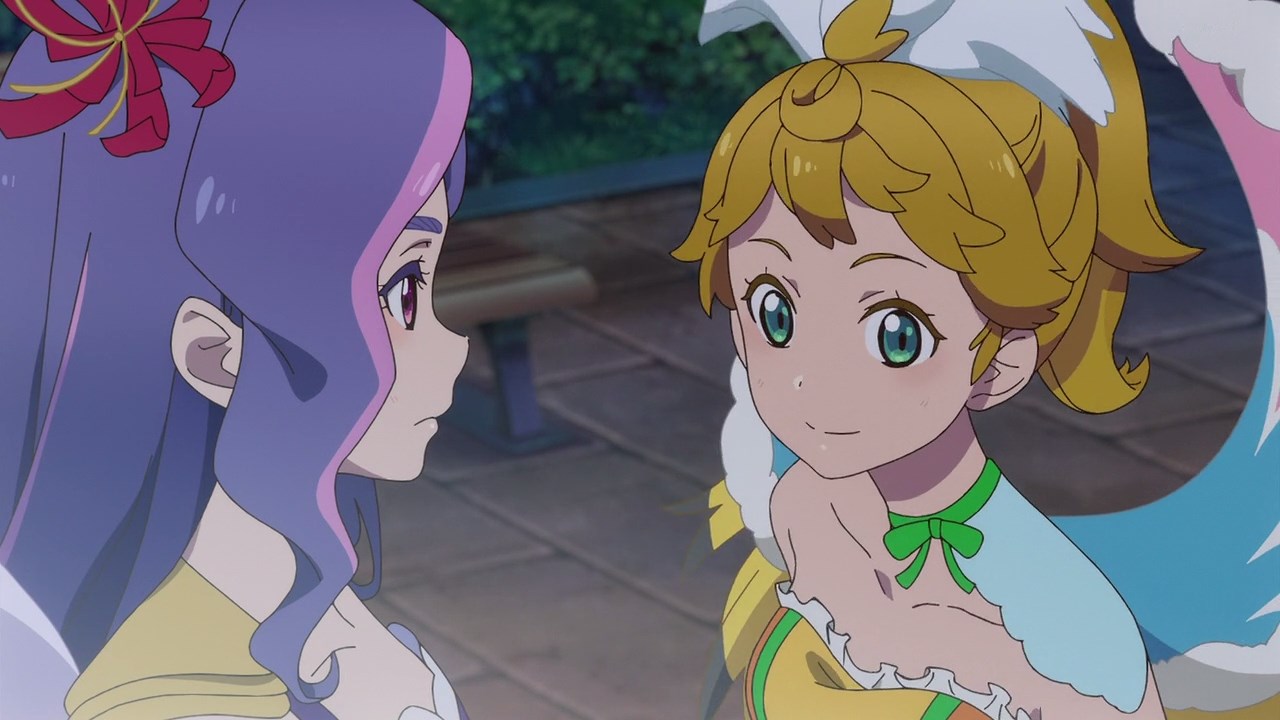 Heck, seems that Sunny Passion is somewhat interested at their performance as Mao Hiiragi and Yuna Hijirisawa are looking forward to compete with them in the future.

By the way, I’m disappointed that this episode didn’t show Sunny Passion’s idol performance during the festival. Still, I’m hoping that I’ll see them again in the future ’cause Sunny Passion might become an interesting rival to both Kanon and Keke. 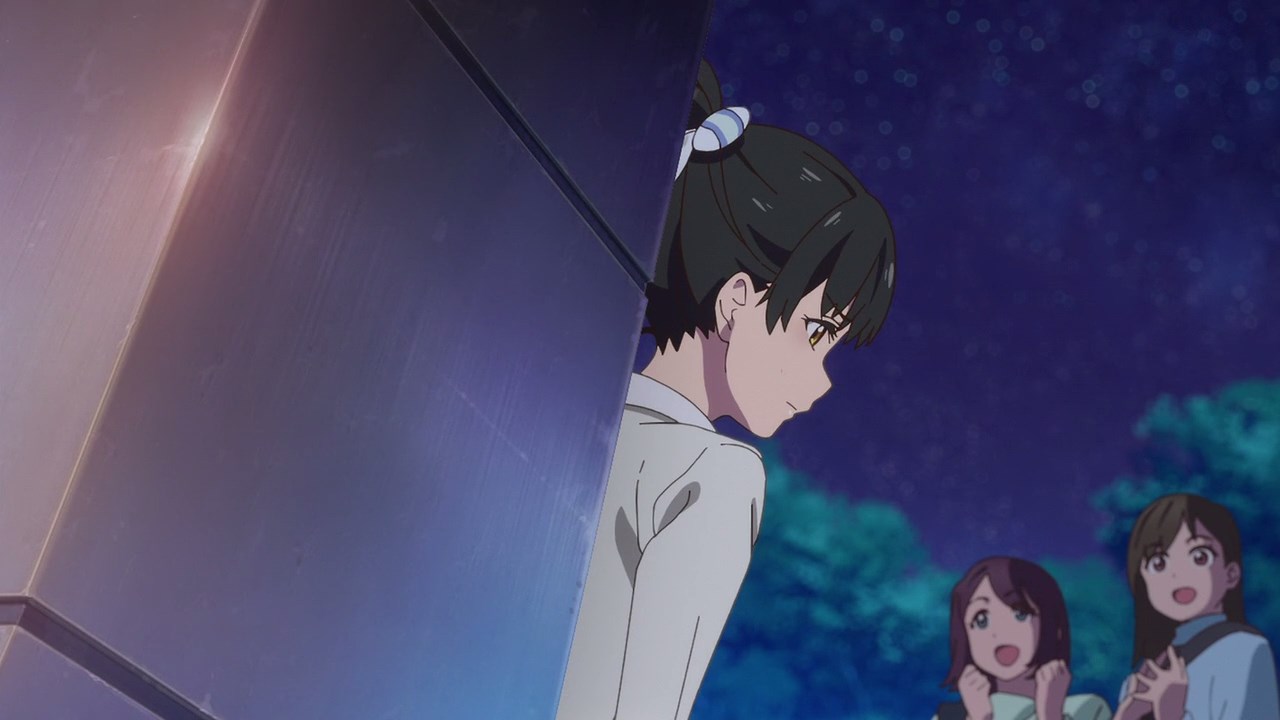 One more thing, here’s Ren Hazuki where she watched their performance in secret, although Ren is still skeptical about school idols that it doesn’t belong to Yuigaoka Girls’ Academy. You know what, I feel that Hazuki will warm up eventually. 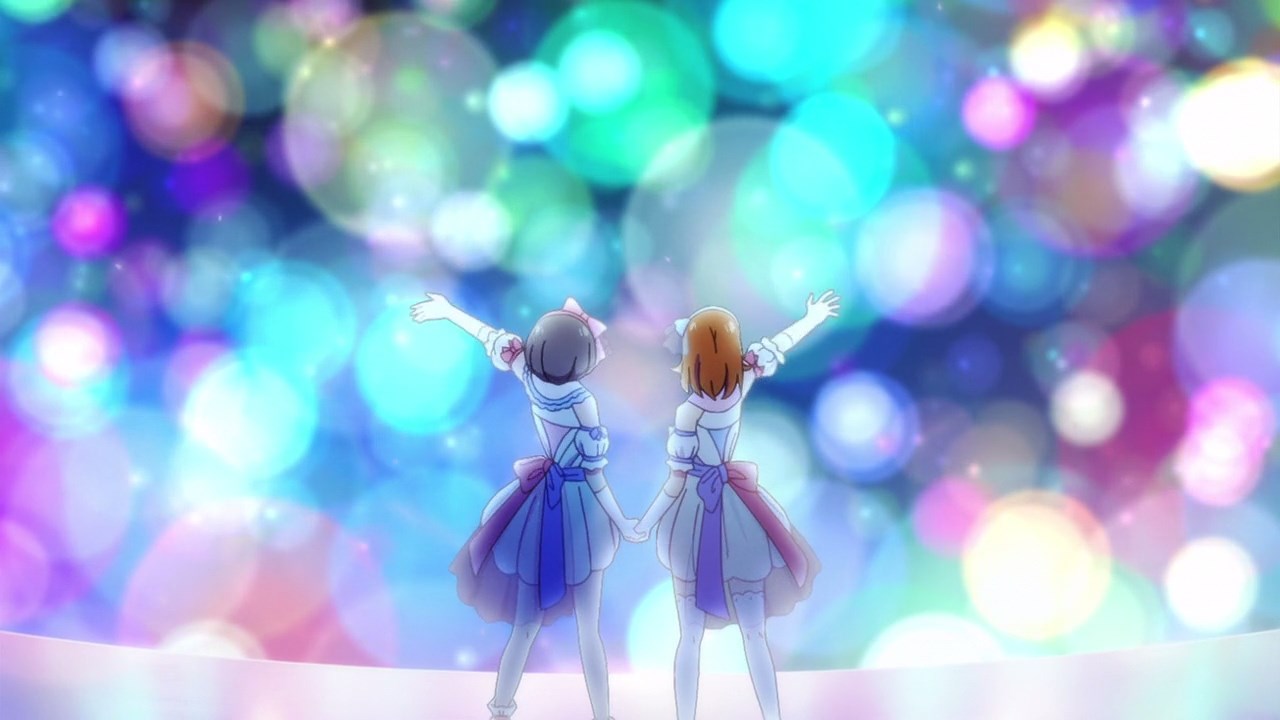 For now, I feel that this will be the starting point for both Kanon Shibuya and Keke Tang as their school idol career begins now. Still, I wonder if they won the compe- Oh wait, there’s no way they’ll win!

Anyways, tune in next time to find out if school idols are allowed in Yuigaoka Girls’ Academy or not. Oh yeah, Sumire Heanna will be featured in Episode 4!