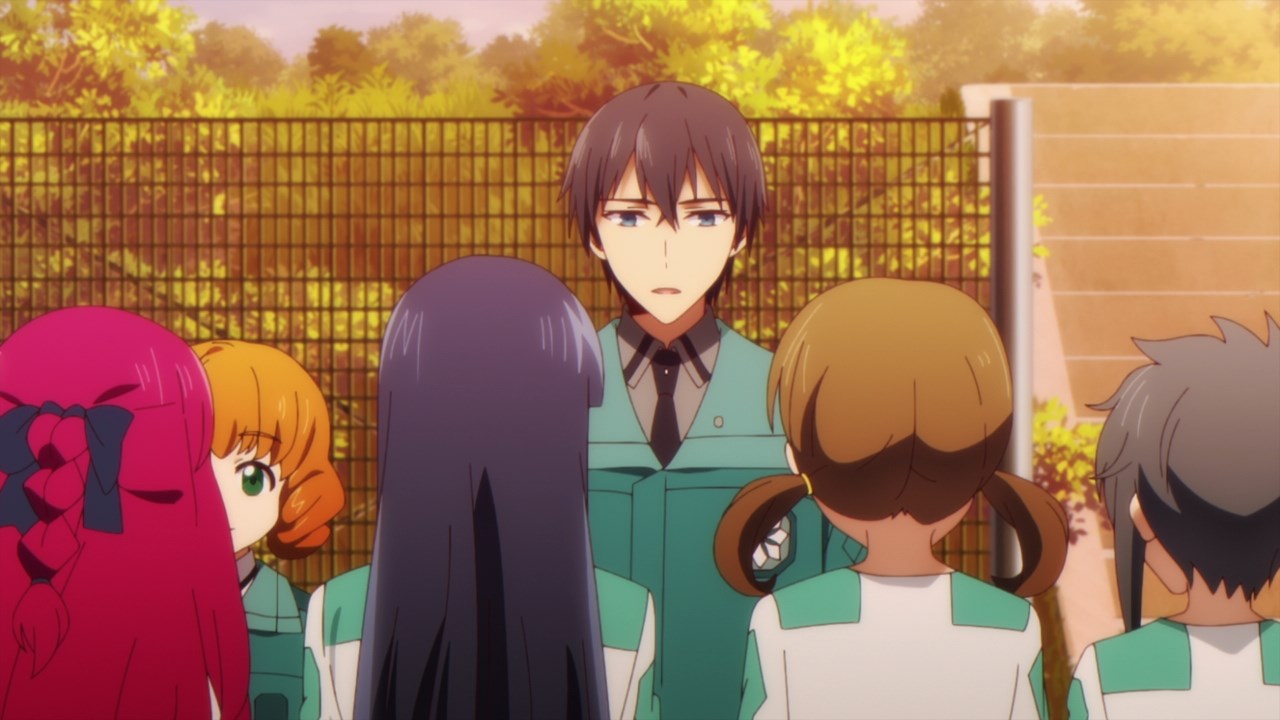 Let’s begin this episode where Tatsuya Shiba will coach the female competitors for the upcoming Nine Schools Competition.

Sure that the guys rejected him because of their Bloom pride, but these male Course 1 students might lose without Tatsuya’s help. 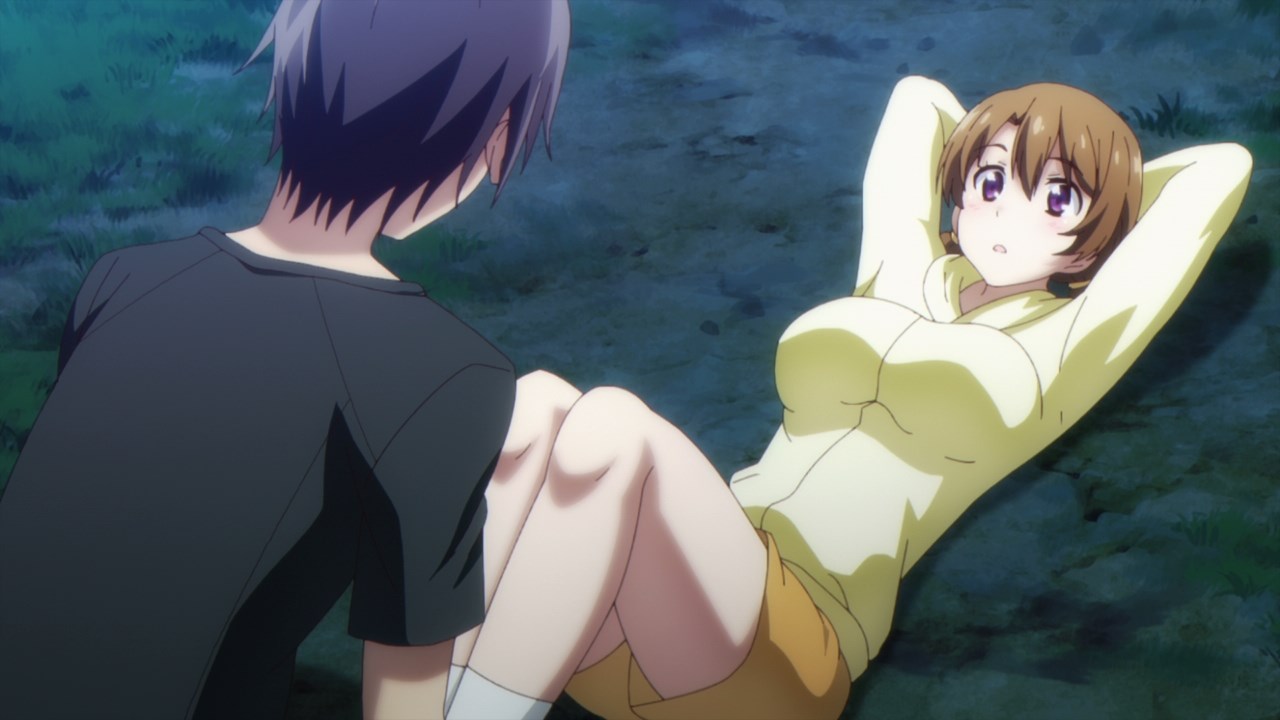 Speaking of Tatsuya, he doesn’t mind about being jeered by the likes of Shun Morisaki as he’s doing his job pretty well as part of the technical staff.

In fact, he’s helping Honoka Mitsui out on her training regimen where he’s trying to calm her nerves and build up her stamina for the upcoming competition. 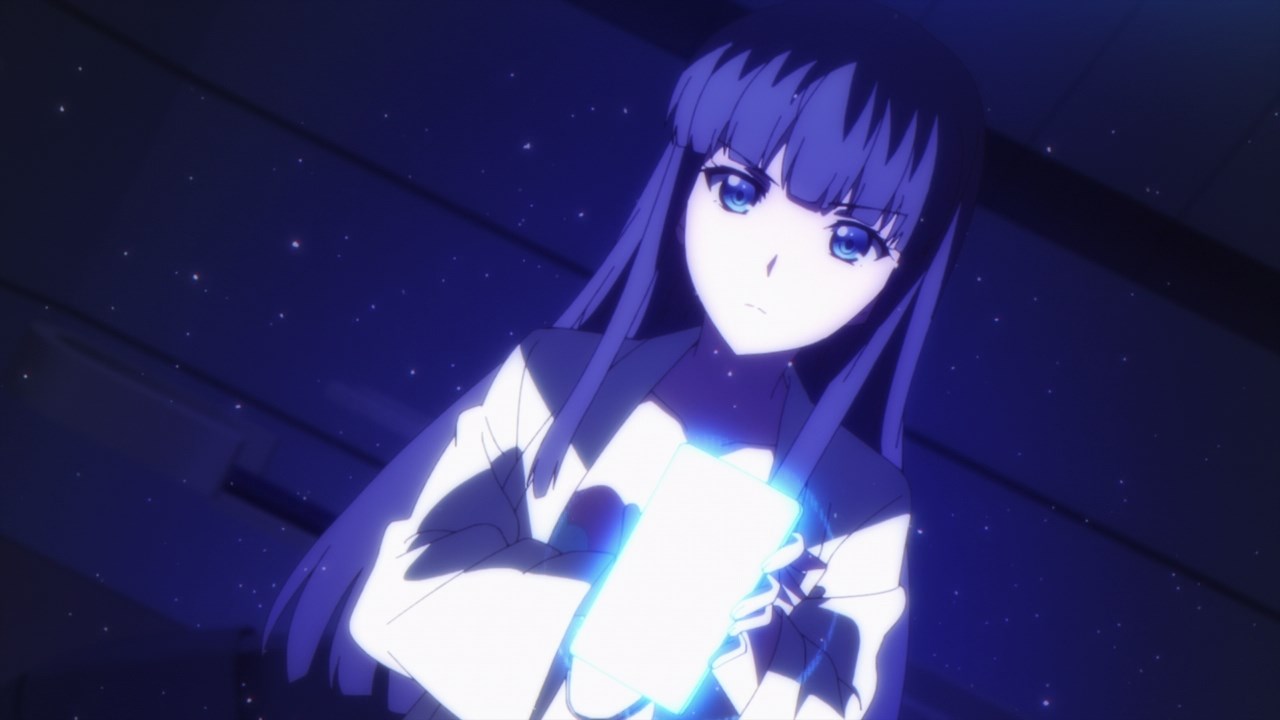 Of course, there’s Miyuki Shiba where she’s getting a bit jealous due to various girls getting closer to Tatsuya-niisama. I mean, he’s the best brother ever! 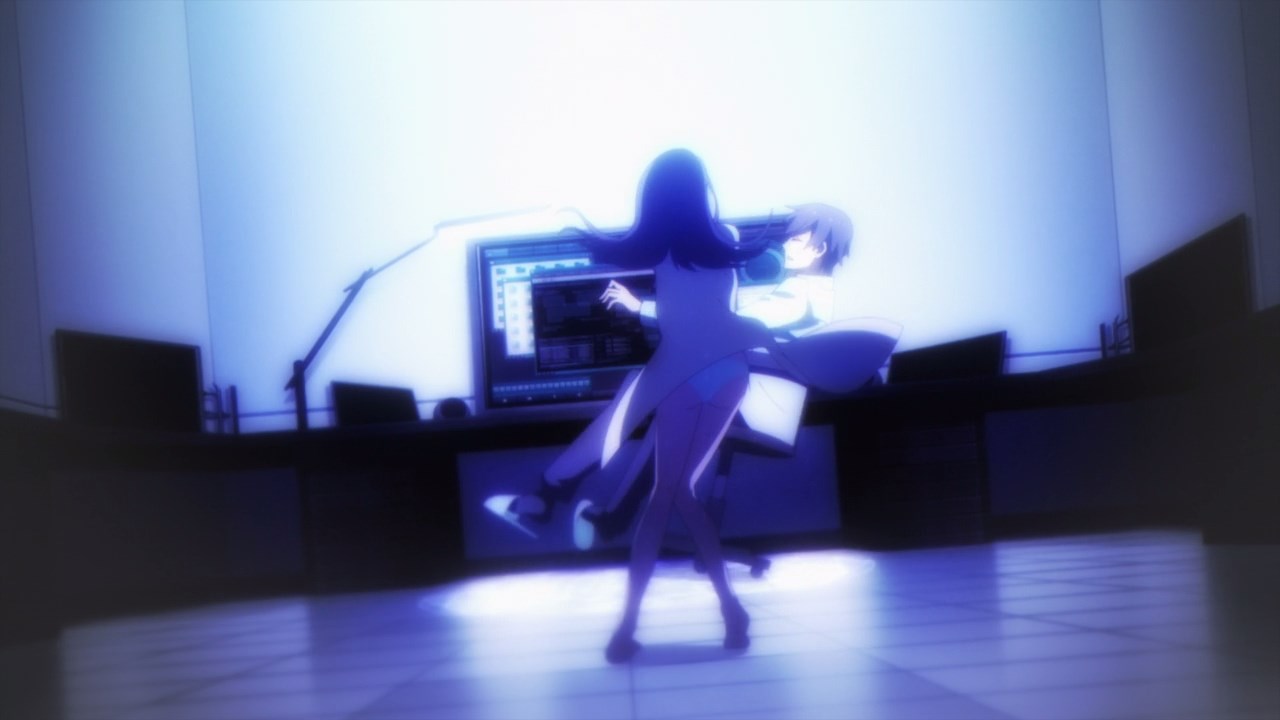 Unfortunately, Miyuki used her magic to knock Tatsuya out. Don’t worry though as Tatsuya is still okay due to his regeneration magic. 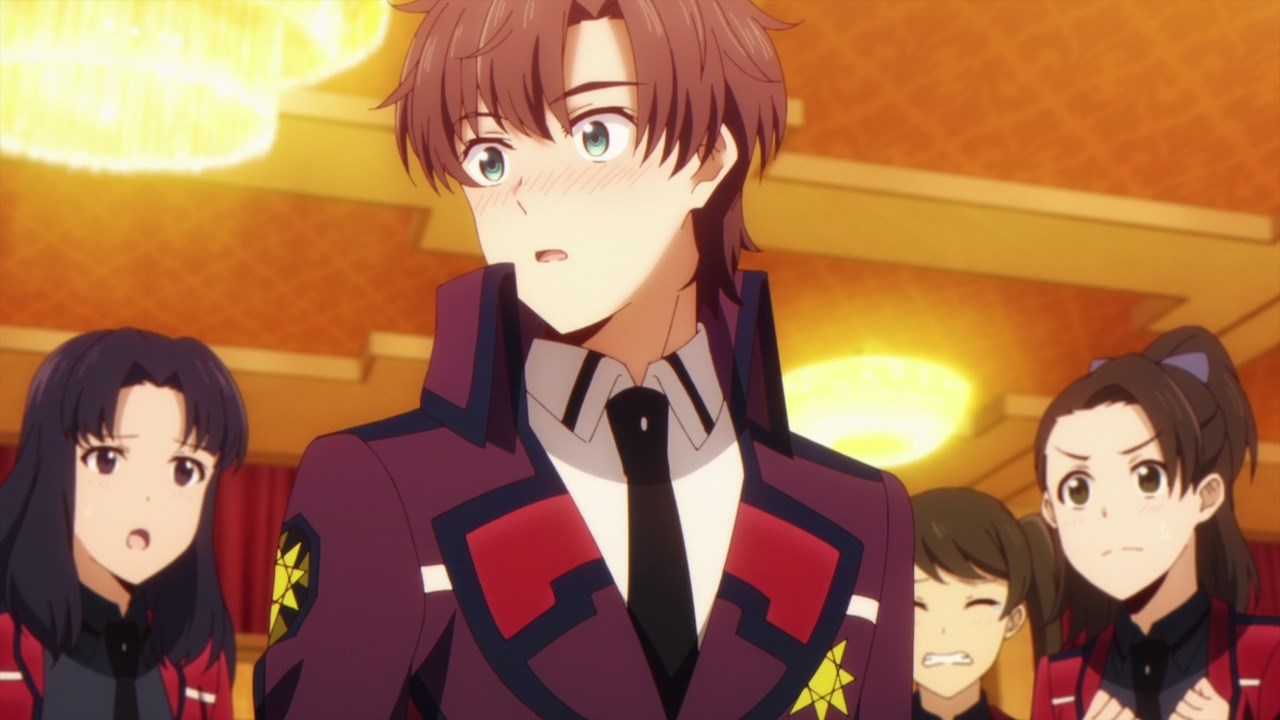 Moving onto the next scene where all 9 schools have gathered for the gala event. Oh yeah, here’s the Crimsom Prince himself where he saw a certain girl from First High School. 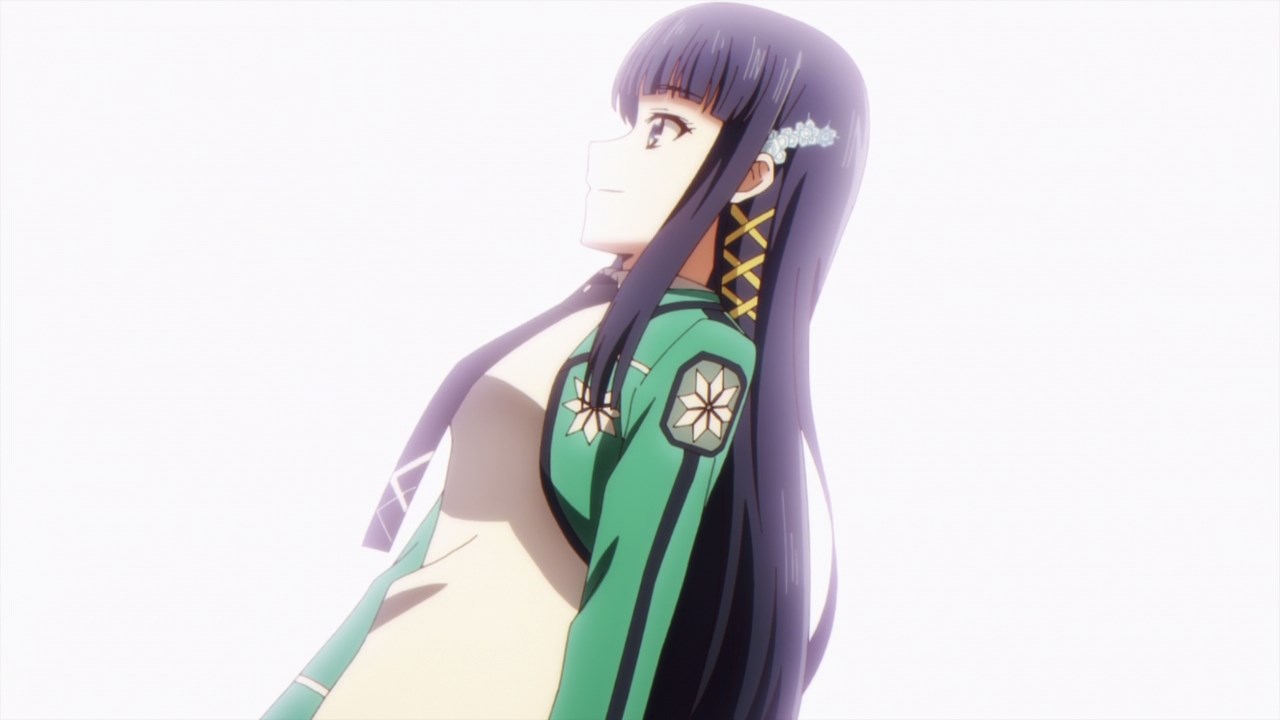 That’s right, it’s Miyuki Shiba where Masaki Ichijou is smitten by her looks. Unfortunately for Masaki, Tatsuya won’t let the Crimson Prince have his sister as he might participate in the competition.

After the party, it’s time for the girls to have fun at the hot springs where Eimi Amelia Goldie Akechi wants to grope Honoka Mitsui’s breasts.

And while she tries to resist Eimi’s advances, let’s just say that Honoka finally gave in. I hope that they won’t get any injuries during this horseplay. 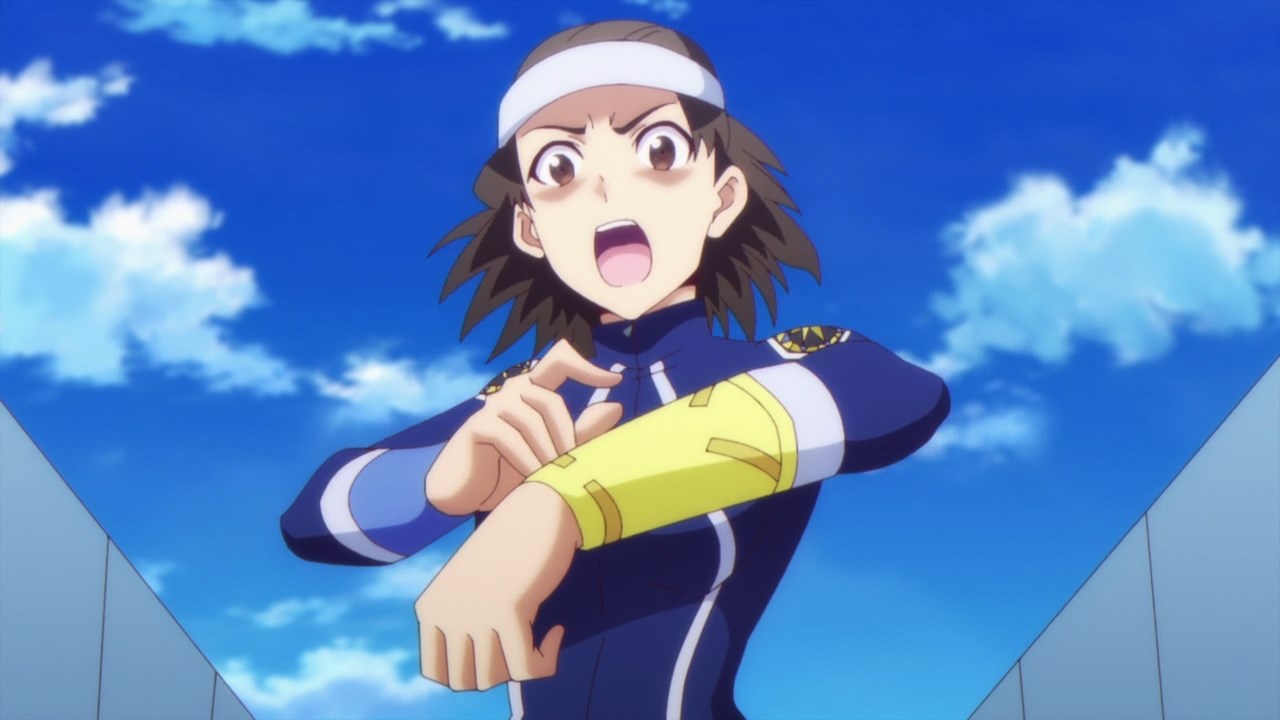 Now it’s time for the Nine Schools Competition to begin as the first day starts off with the Battle Board semi-finals, although one of the competitors are having trouble controlling their CADs.

But for those who’ve watched the 1st season of Mahouka Koukou no Rettousei, you are all familiar with the criminal organization No Head Dragon where they’re trying to rig everything in order for First High School to lose the competition. 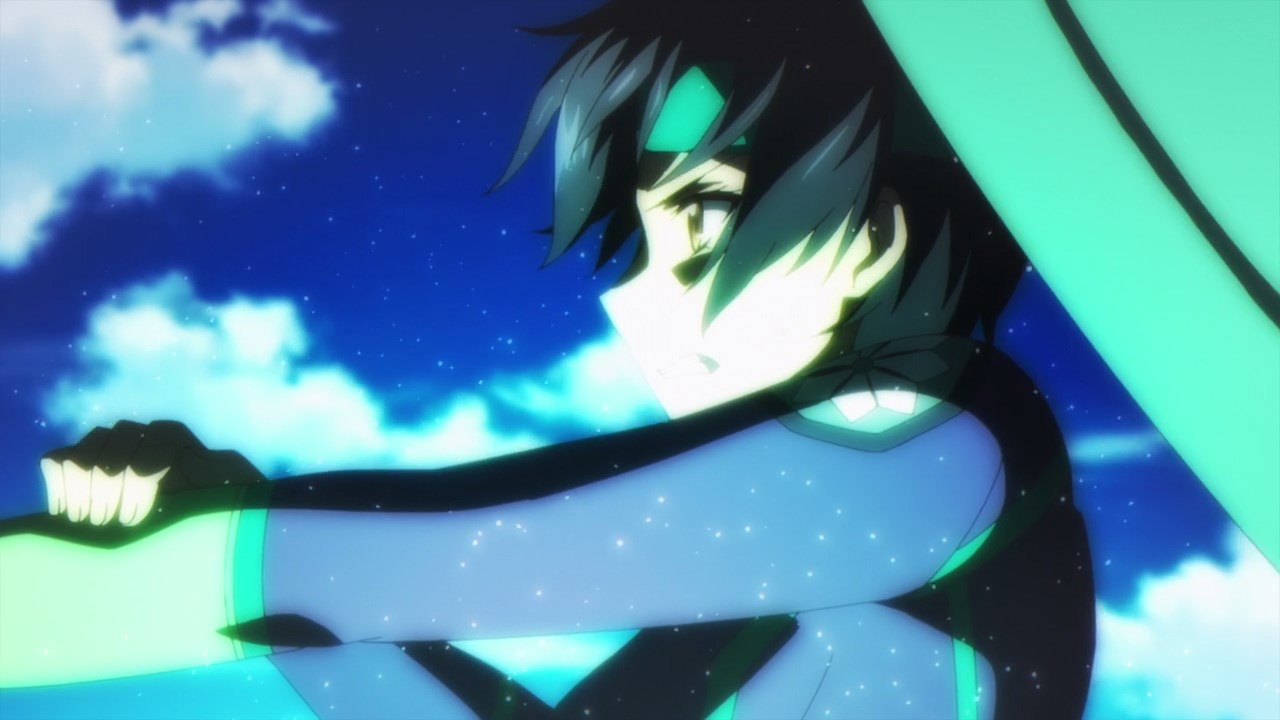 Anyways, here’s Mari Watanabe where she tries to save a competitor from falling into the river. 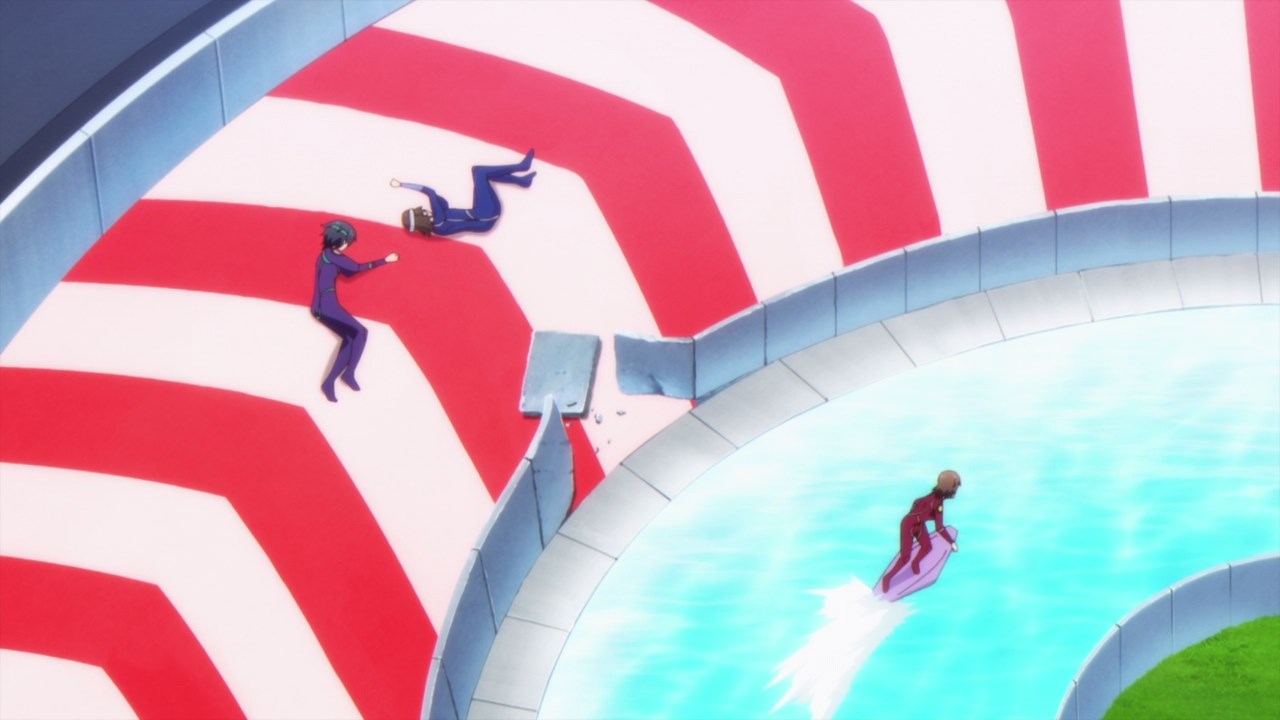 However, both Mari-sempai and her competitor knocked over the course, meaning that Saho Mizuo qualified for the Battle Board finals.

Of course, it gets worse as Watanabe can’t compete in the Mirage Bat even due to her injuries. This means that First High School’s lead will get thinner as Third High School gains more points, although Mayumi Saegusa doesn’t want to give up so easily. 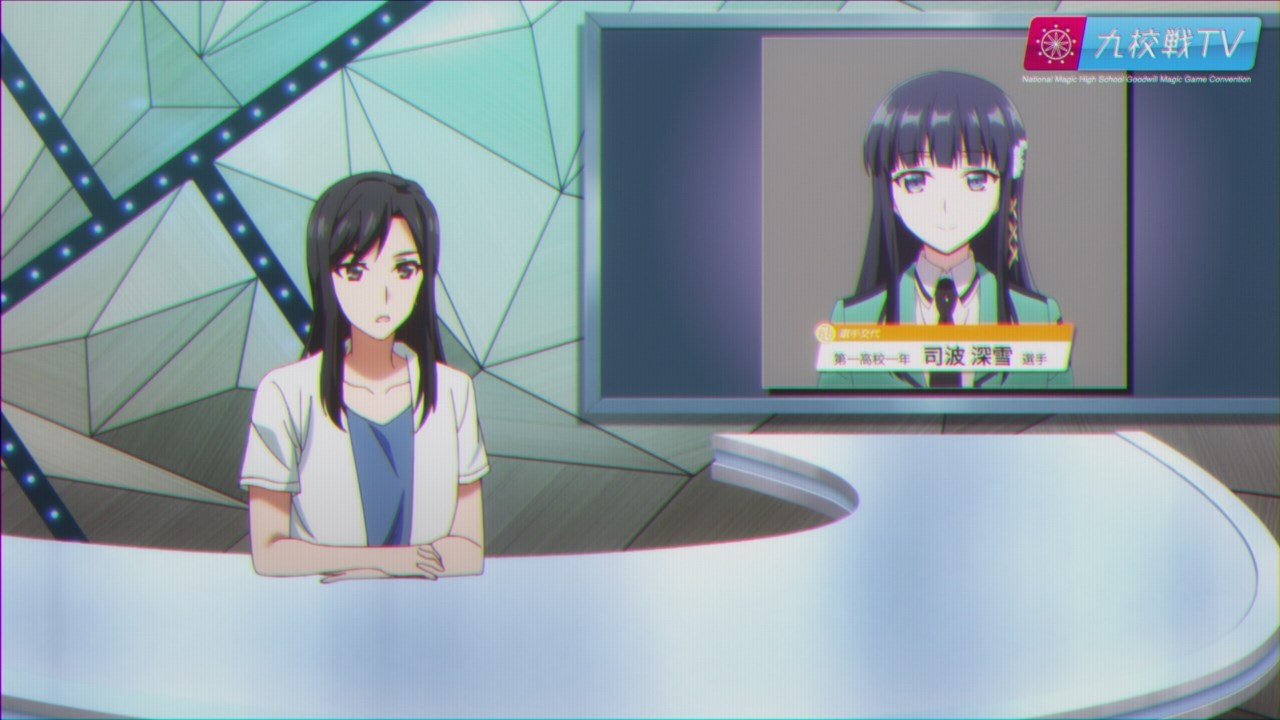 So, First High School has decided to bring Miyuki Shiba into the Mirage Bat event. While some schools are surprised that a 1st year student will compete in the main event, I think Mayumi believes in Miyuki’s talent. 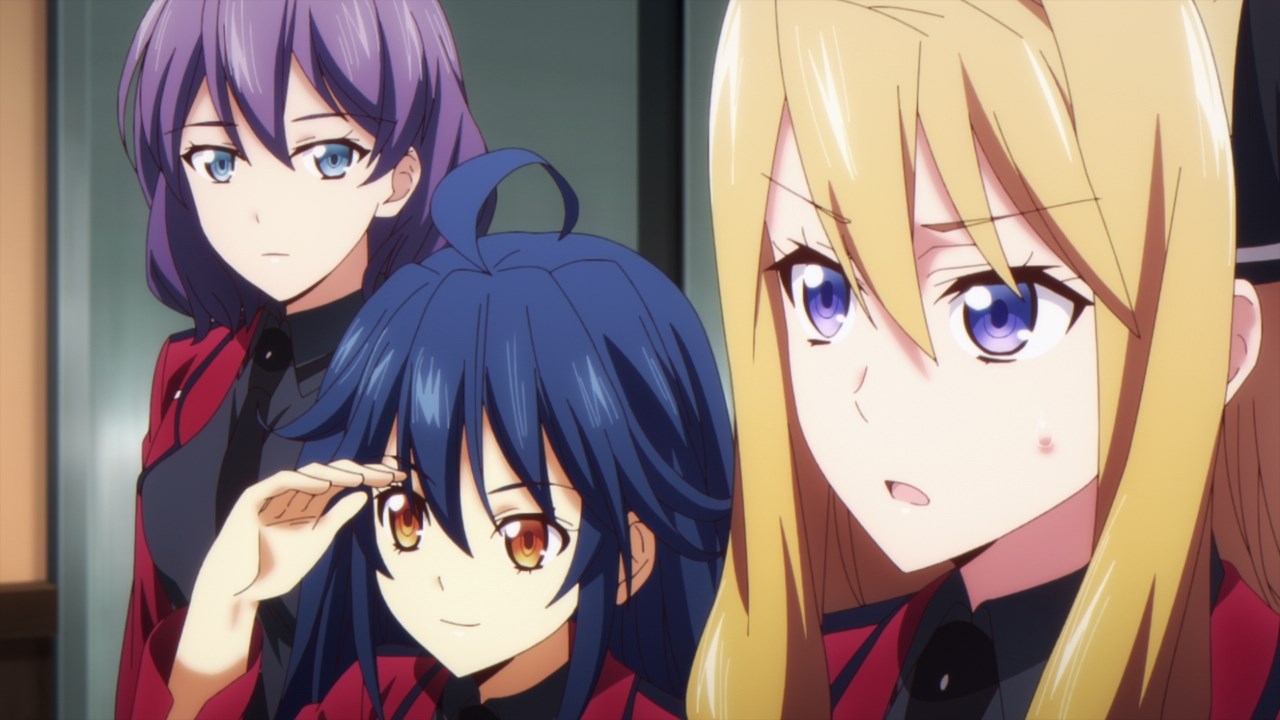 However, you have Airi Isshiki where she underestimates Miyuki Shiba’s abilities despite the fact that Miyuki and her brother Tatsuya are related to the Yotsuba family. Honestly, the Eclair might lose the event spectacularly simply because she belittles Miyuki Shiba.

But that’s the end of this episode and I’m going to say that First High School might win again. Oh, and Tatsuya will take care of the No Head Dragon organization ’cause he doesn’t want any outside interference.