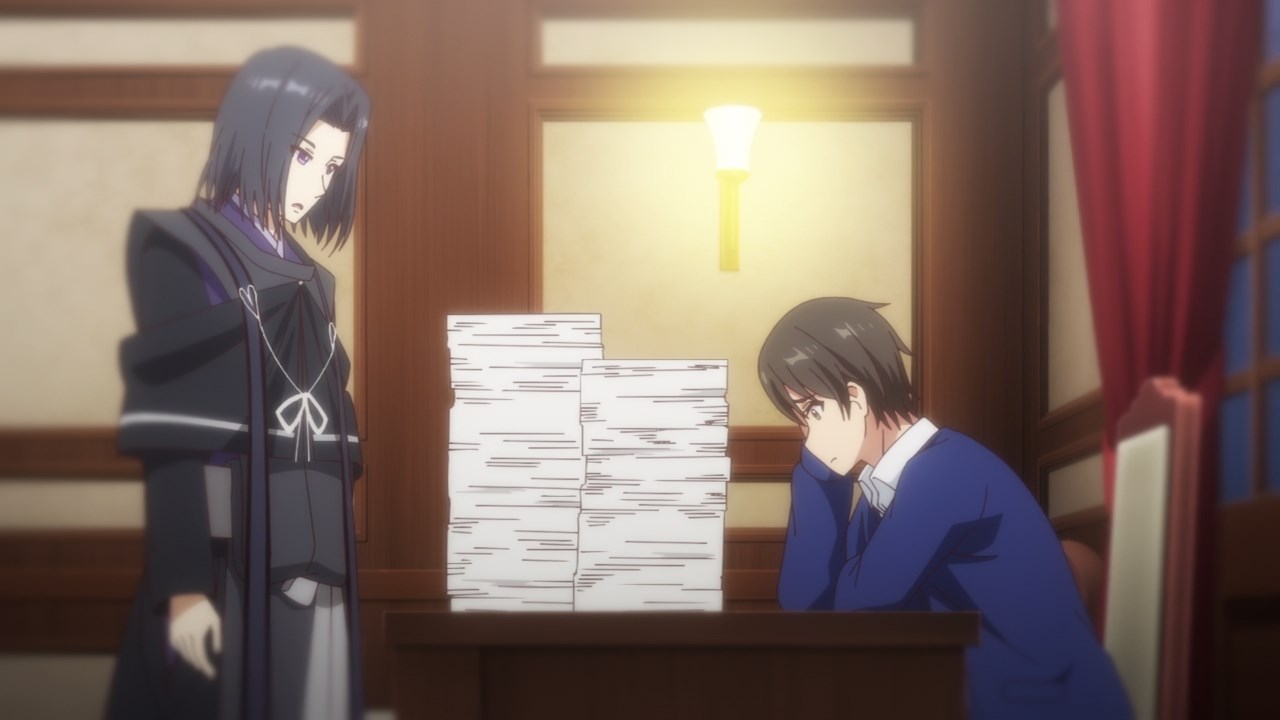 Let’s start this episode when Hakuya Kwonmin explains to King Kazuya Souma regarding their neighboring countries as some are hostile towards the new king. 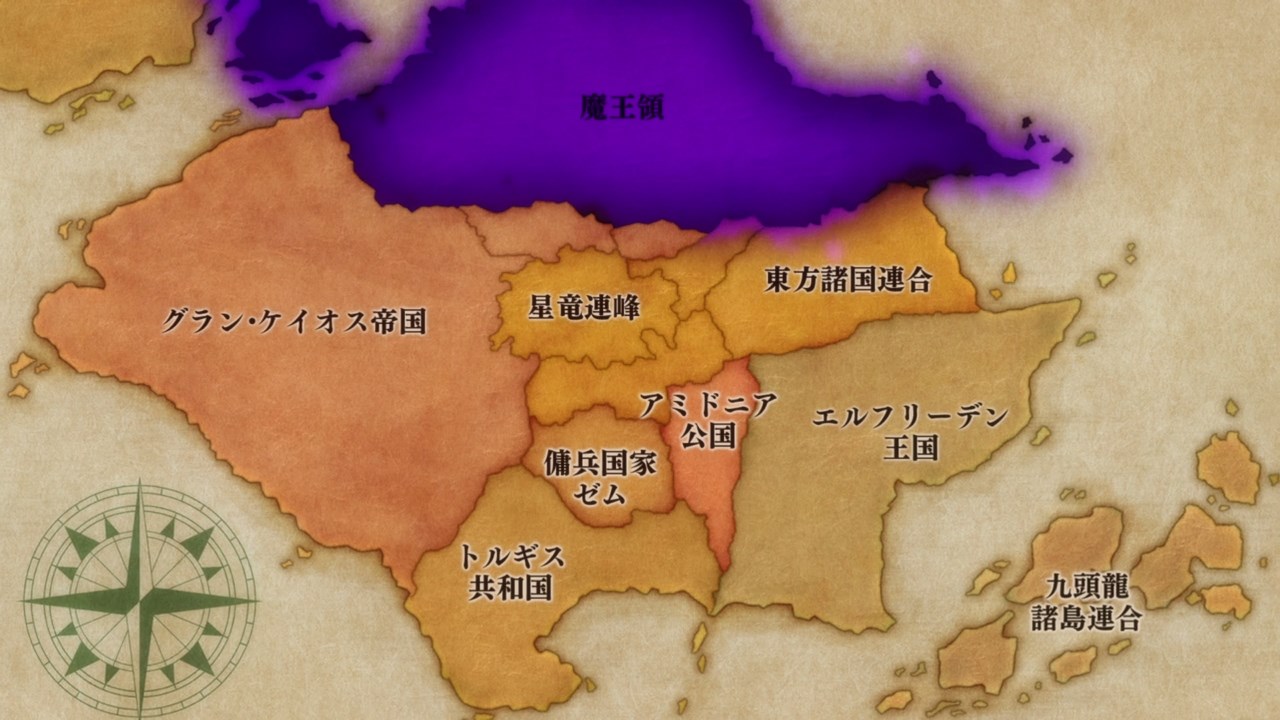 In fact, the new prime minister is concerned about the Principality of Amidonia where they’re plotting to take advantage of the internal conflict between King Souma and the Three Dukedoms in order to conquer some of Elfrieden’s territories. Man, I hope Kazuya Souma should solve these crises soon enough. 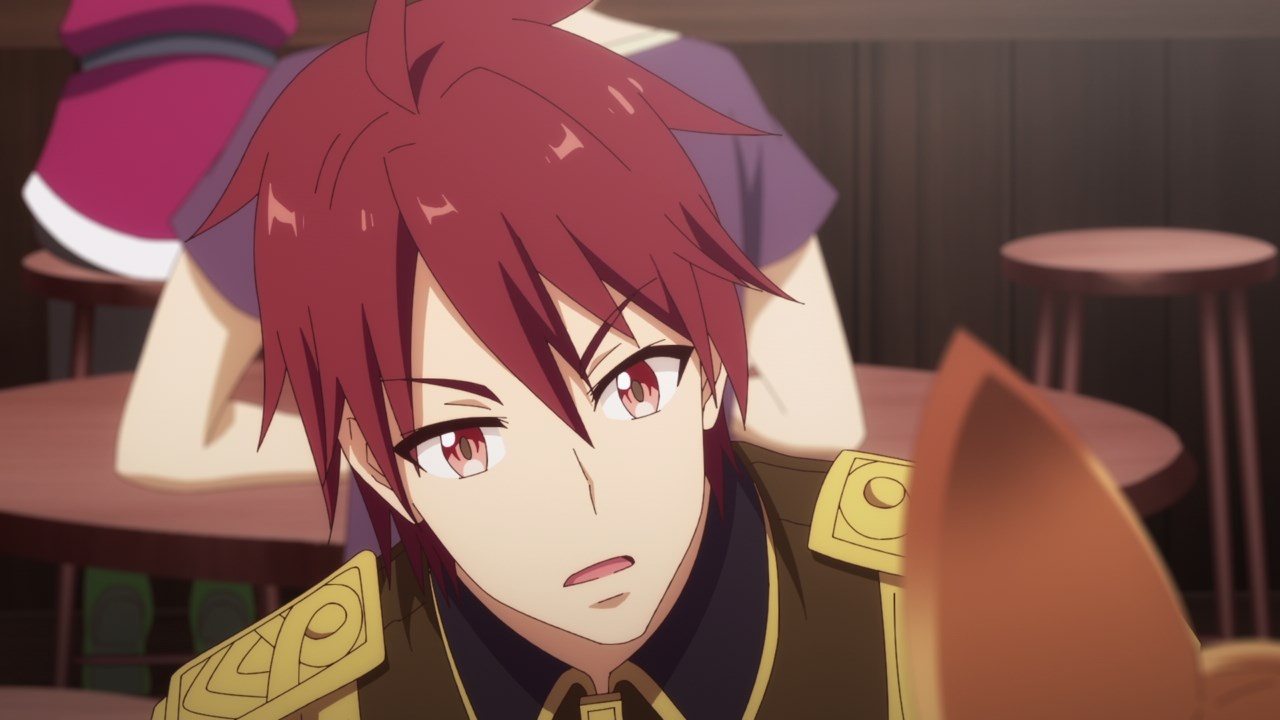 For now, let’s return to the pub where Kazuya and his allies are watching an argument between Halbert Magna and Kaede Foxia where the former is planning to join Duke Georg Carmine’s faction. 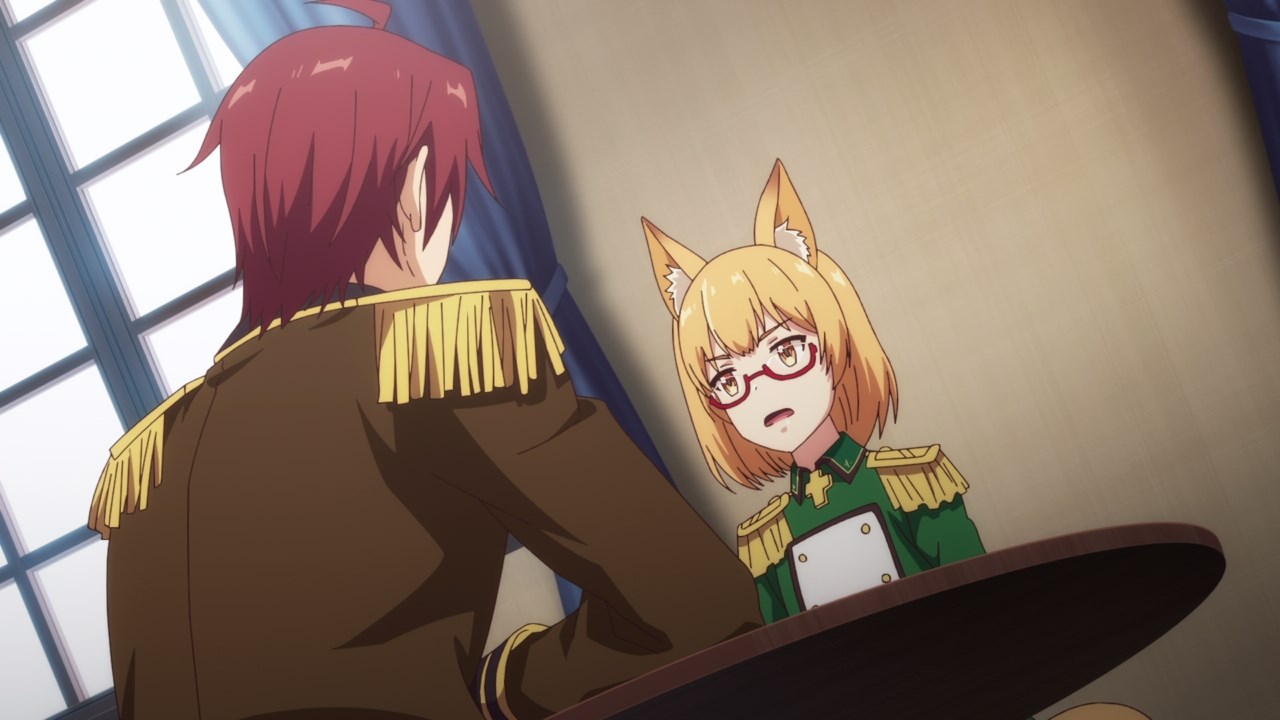 However, Kaede told Halbert not to join Duke Carmine’s forces ’cause it’s not only dangerous, but hostile countries like the Principality of Amidonia and the Union of Eastern Nations might take advantage of the internal strife.

Of course, the young Halbert is too stubborn to accept Kaede’s reasoning as he wants to fight against the new king. 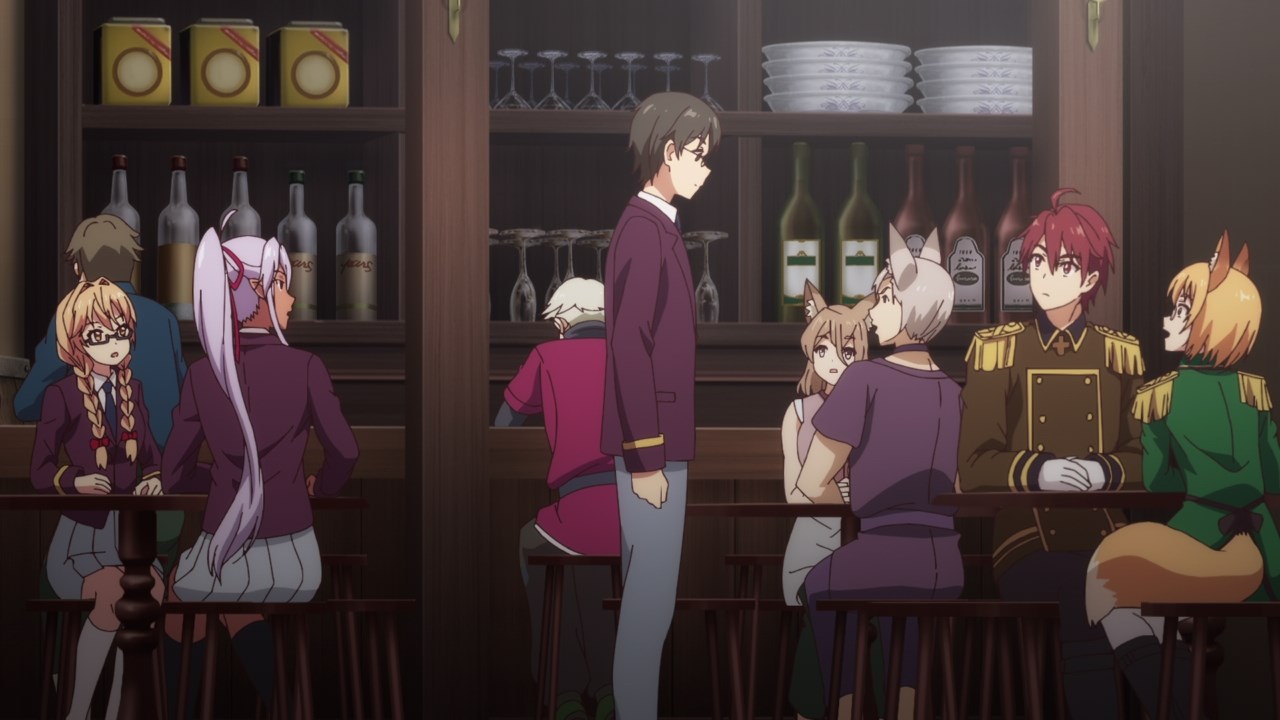 Except that the new king is already there as Kaede Foxia is shocked to see King Kazuya in person. Looks like the king’s disguise is finally exposed then. 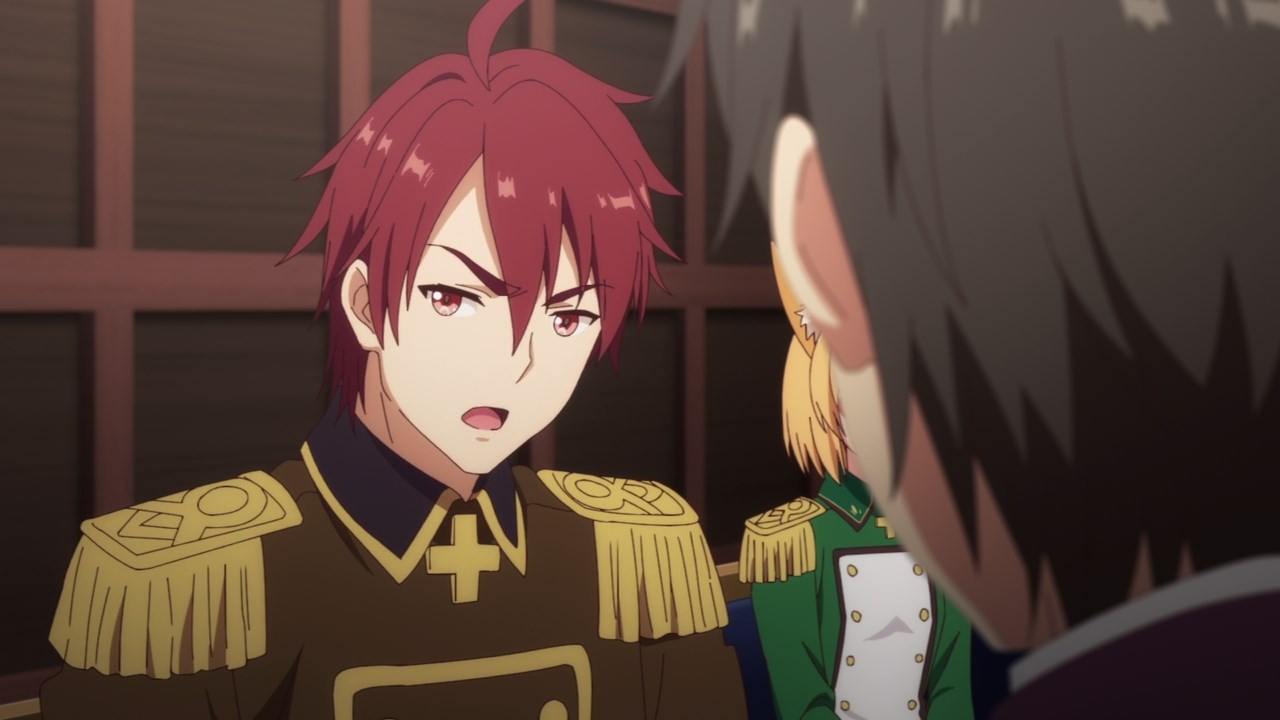 But let’s return to Halbert Magna where he thinks that the new king doesn’t have to confidence to lead Elfrieden out of harm’s way. Also, Halbert tries to assault King Kazuya. 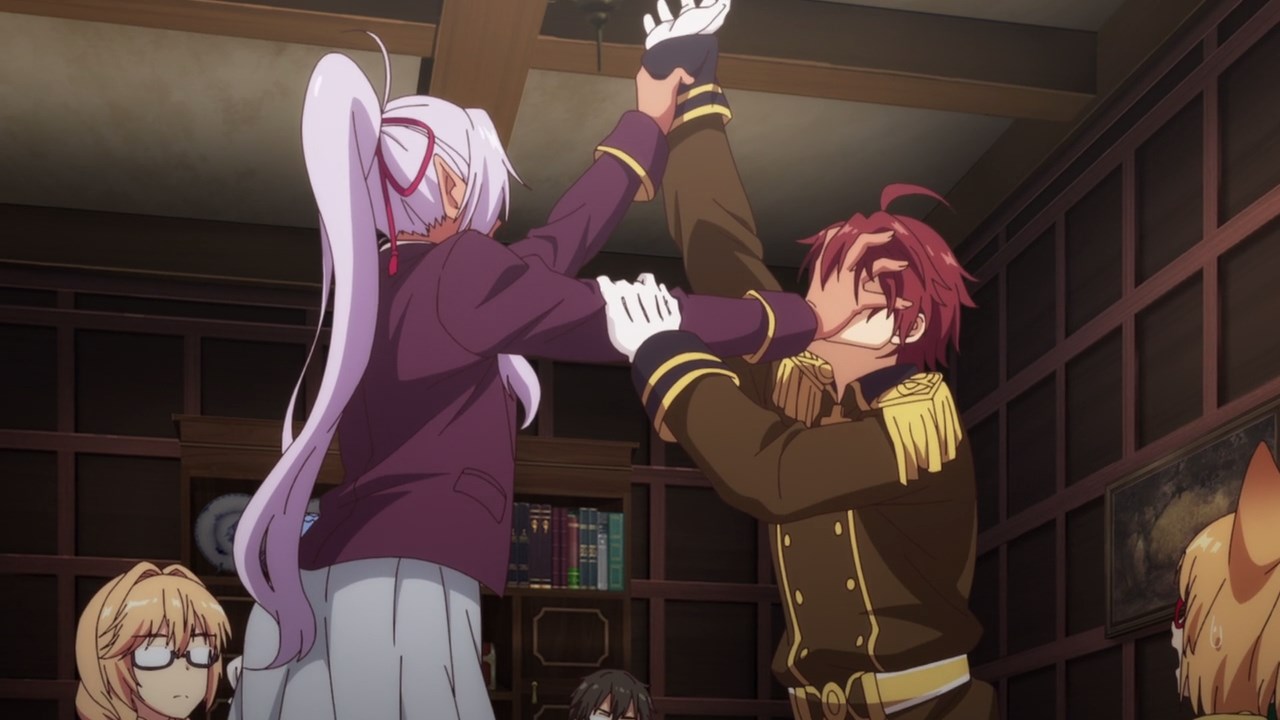 Except that Halbert Magna got apprehended by Aisha Udgard. Well, that’ll teach everyone not to raise their hand against the new king. 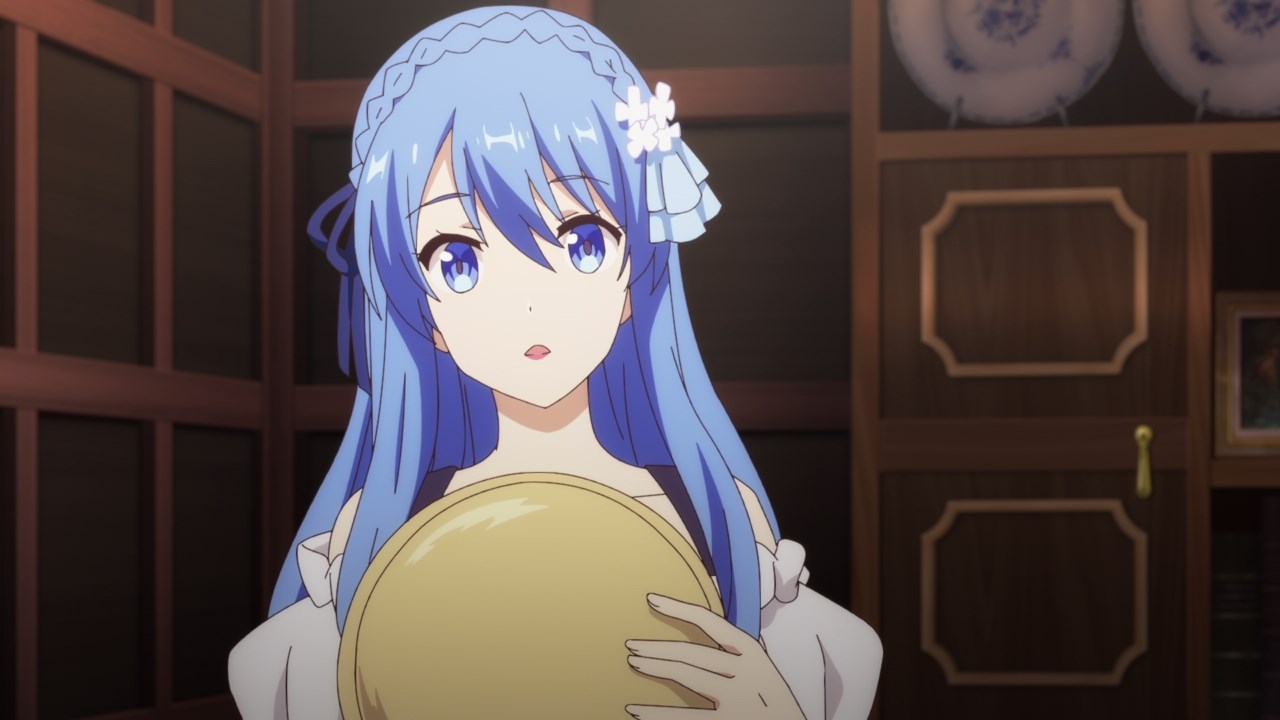 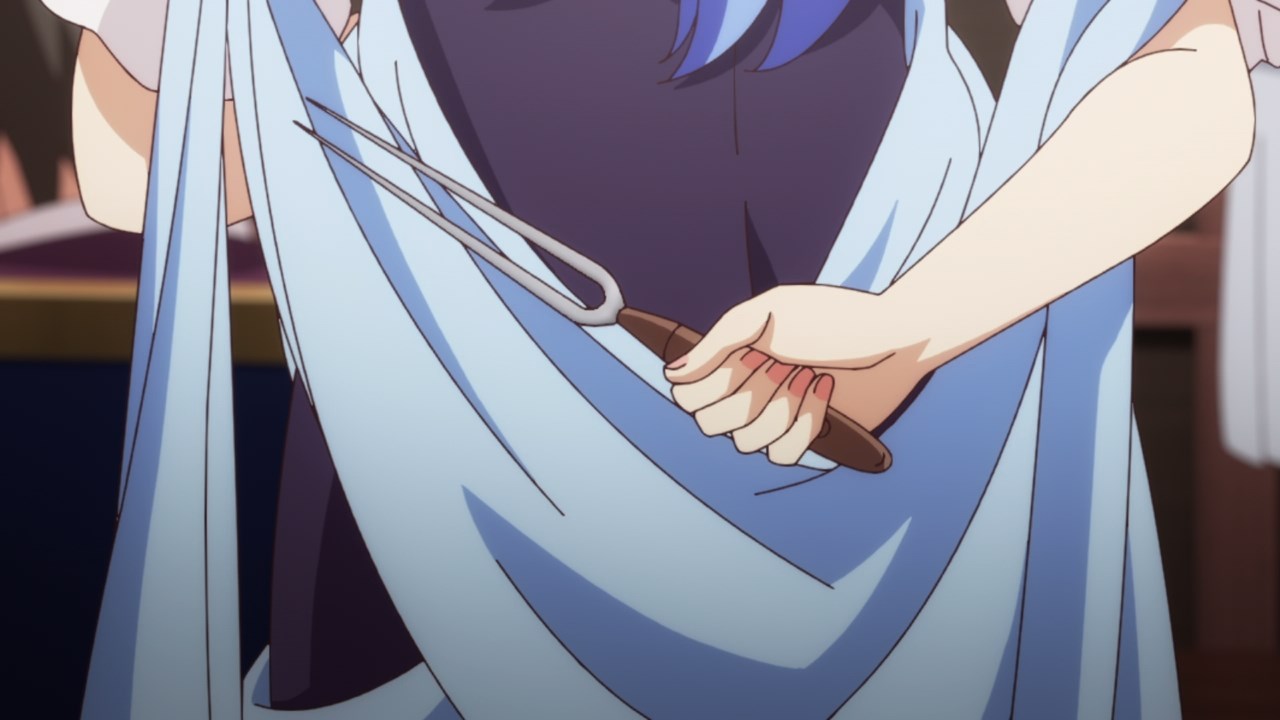 On the other hand, it appears that Juna is holding a fork. Hmm, I have a feeling that this lorelei is plotting to assassinate Kazuya Souma, but I hope that it won’t happen in the future. 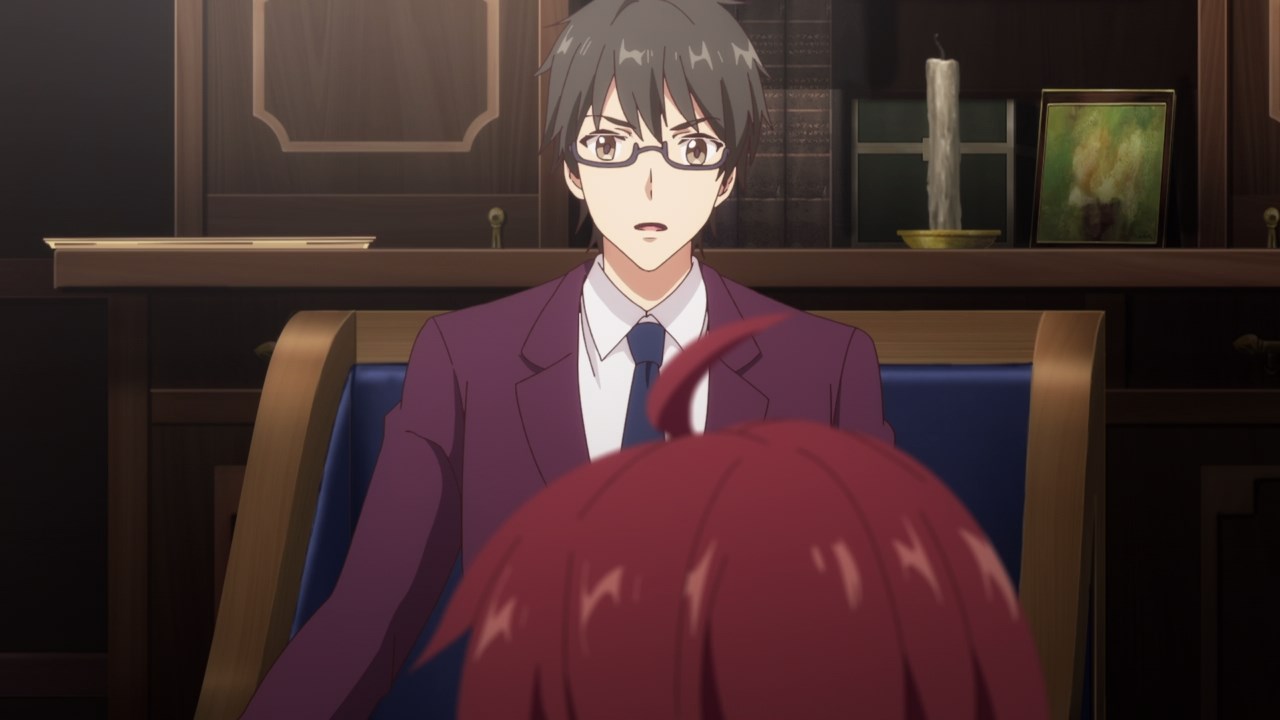 For now, let’s go back to King Kazuya Souma where he told Halbert Magna that while he won’t object on joining the Three Dukedoms, he should think about the consequences where Halbert and his potential allies might take Kaede’s life. 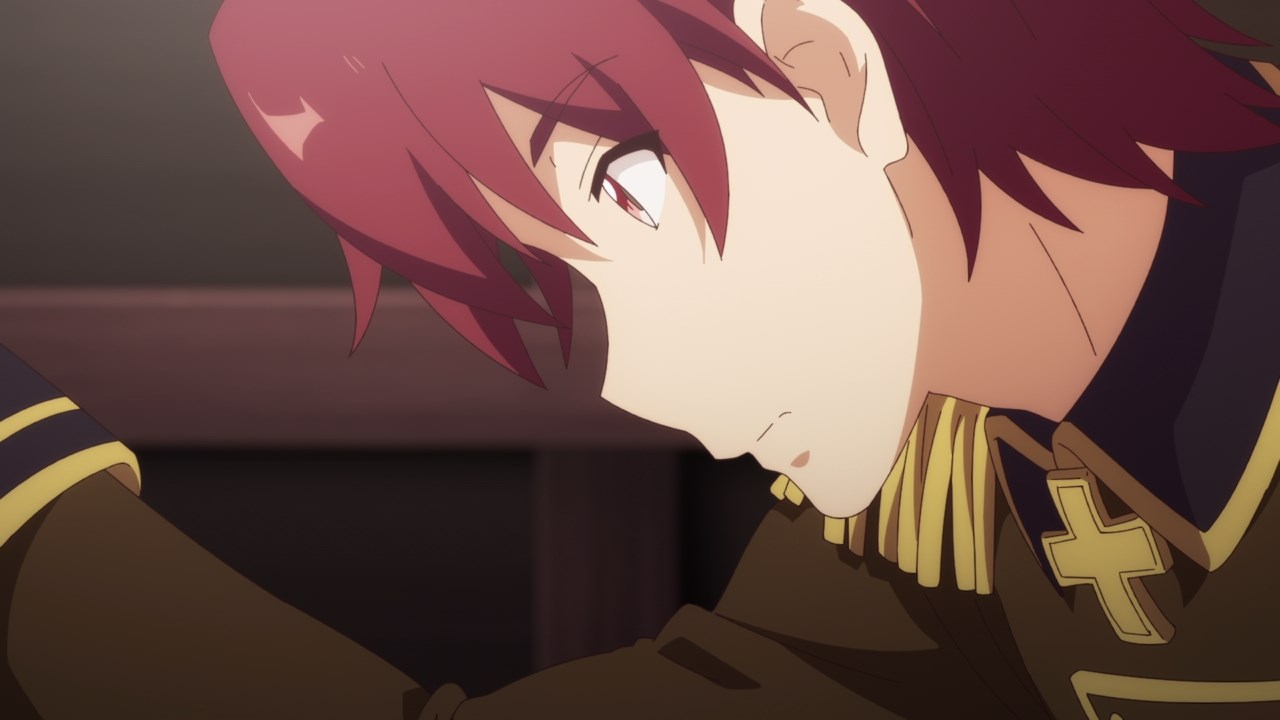 But anyways, looks like Halbert has to think carefully whenever he plans to join Duke Carmine’s faction. Then again, his actions will have consequences later. 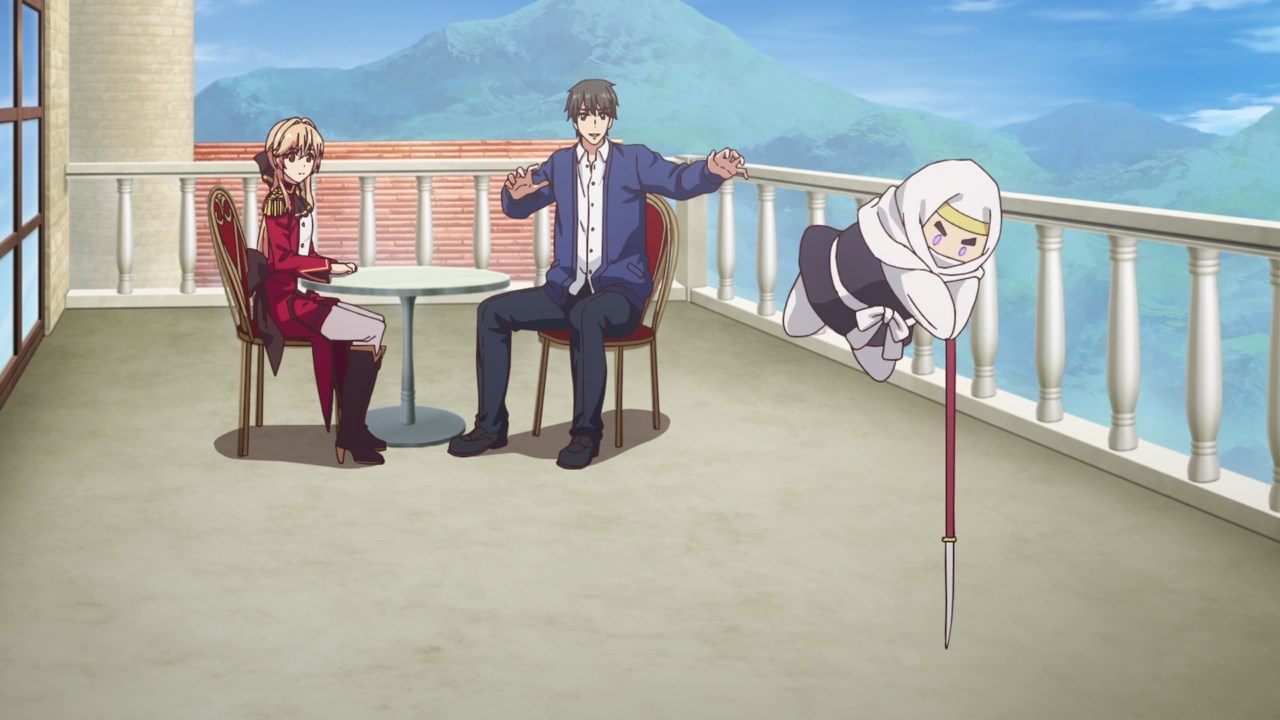 Now let’s return to the palace where Kazuya Souma shows off his improved Living Poltergeists magic where he can now control a puppet. Very handy if he’s alone.

Of course, although Kazuya needs to improve his magic further in order for his puppet to be an effective bodyguard. 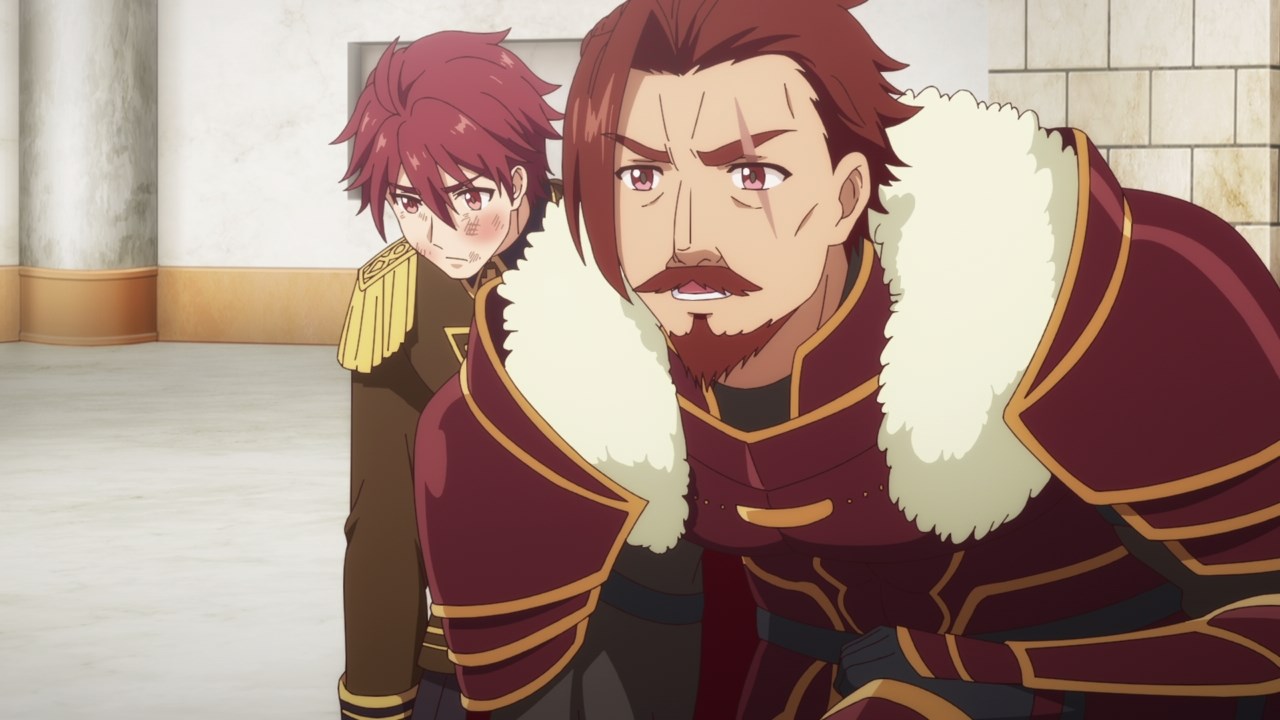 Anyways, here’s both Halbert Magna and Kaede Foxia where they’ve returned, although Halbert and Kaede are accompanied by Glaive Magna as he begs for forgiveness on his son’s rude behavior.

Speaking of Halbert Magna, looks like he got his face swollen thanks to his dad’s nasty punches. 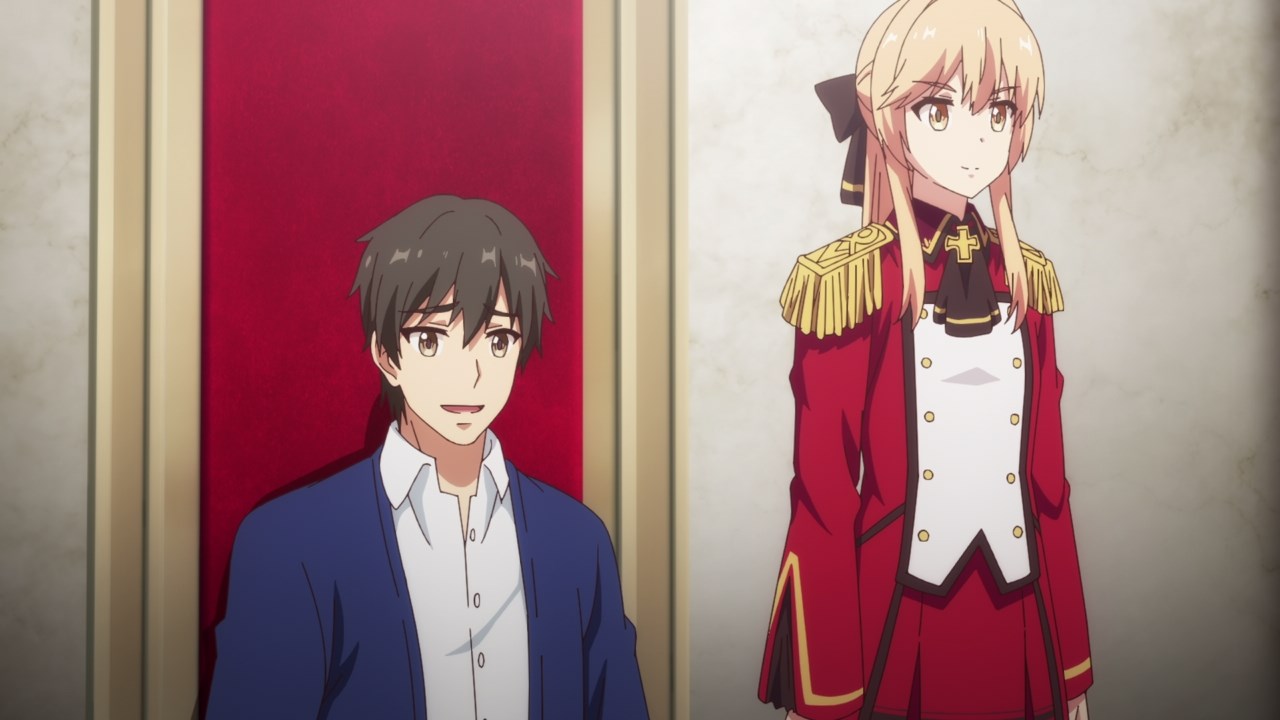 With that said, King Kazuya Souma told Glaive Magna that it’s okay as Halbert is already punished. Besides, he’s not a cruel king who would behead someone at a drop of the hat.

Now that he’s done dealing with Halbert, it’s time for King Kazuya Souma to announce something important as he’ll assign Kaede Foxia to the Royal Guard as a staff officer. 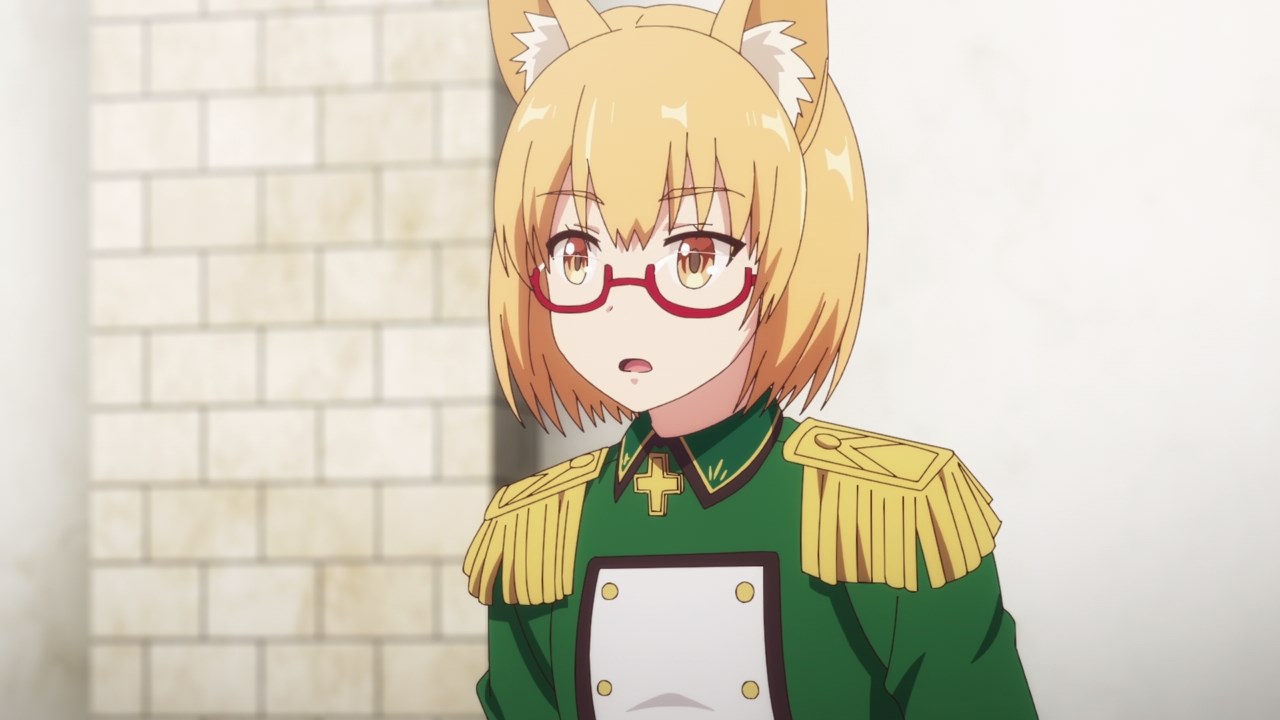 And speaking of Kaede, the fact that she’ll be under Kazuya’s wing means that she’ll have big responsibilities in keeping Elfrieden under control. Oh I hope that she’s okay!

Oh yeah, there’s more to come as Glaive wants to tell something important to the king, but that’ll be saved for another time. Let’s hope that the kingdom’s situation won’t get worse.