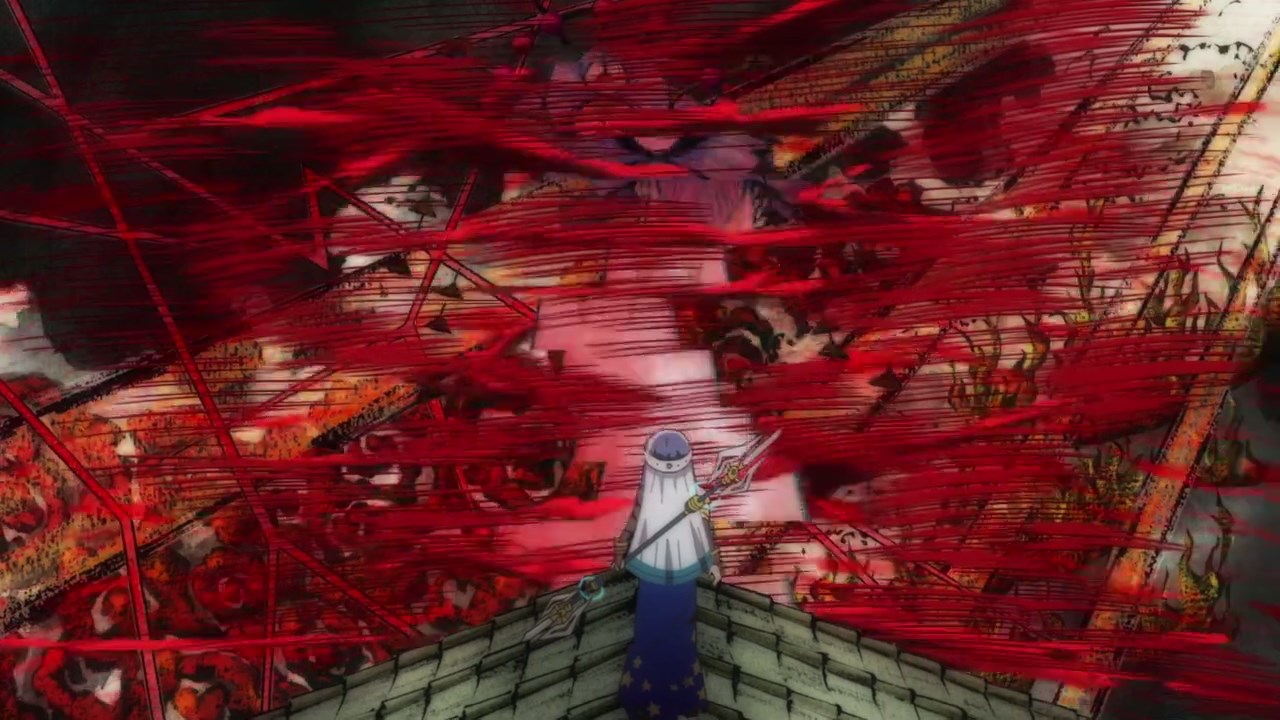 Well everyone, here’s Yachiyo Nanami where she’s losing her sanity after fighting countless enemies and struggling to find Iroha Tamaki.

Unfortunately, most of the enemies that Yachiyo fought are Uwasa in which those witch-like abominations won’t yield Grief Seeds to cleanse her Soul Gem. 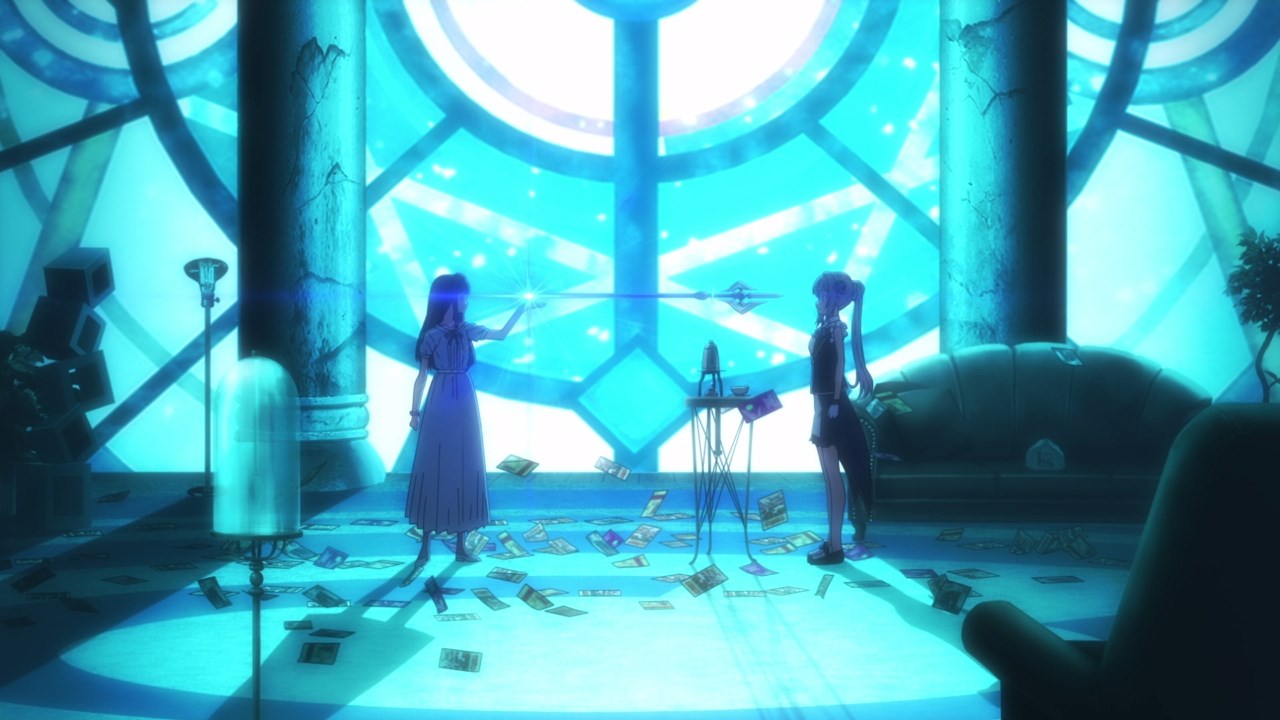 With that said, it’s time for Yachiyo to pay a visit to Mitama Yakumo’s office where she asked some important questions like Magius’ headquarters, as well as the existence of Doppels which makes magical girls stronger without becoming a witch. 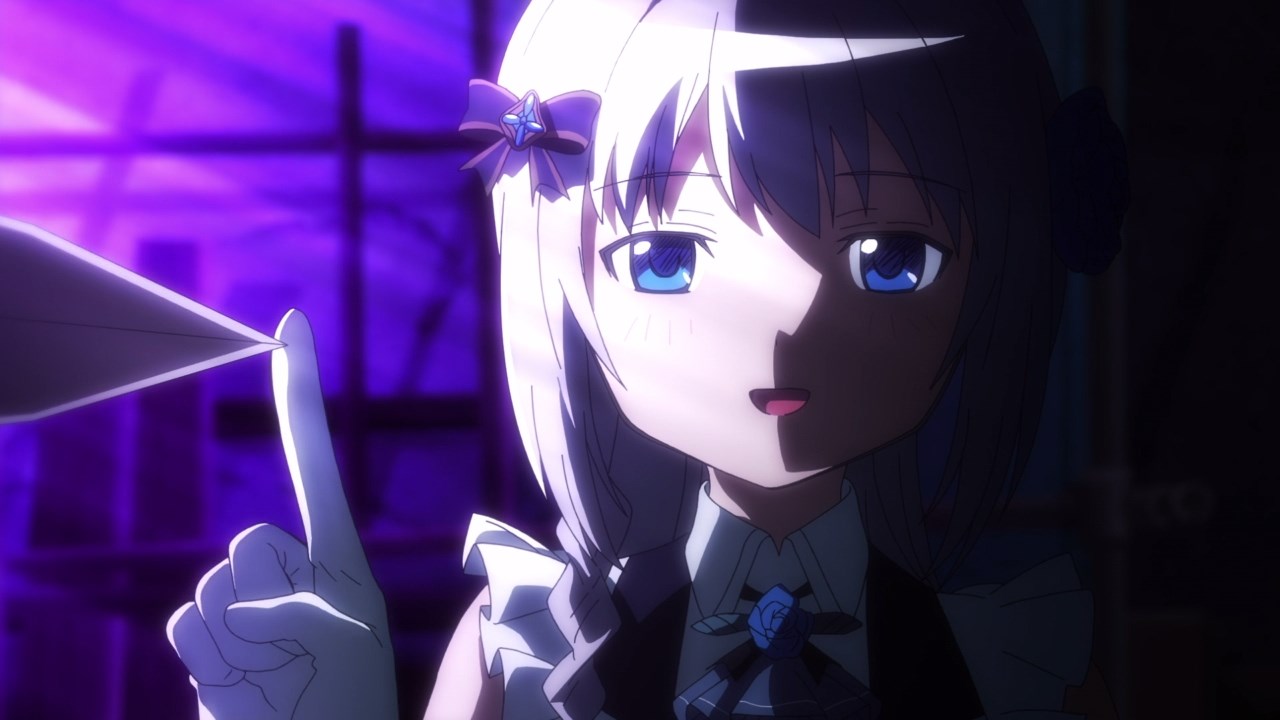 However, Yakumo doesn’t want to answer Nanami’s question regarding Magius simply because she’s completely neutral. On the other hand, Mitama have some hints regarding Doppels as it’s said that it’ll remove impurities from their Soul Gems whenever a magical girl transforms into one.

Then again, I doubt that transforming into a Doppel will clean impurities as there’s a chance that a magical girl will transform into a witch. 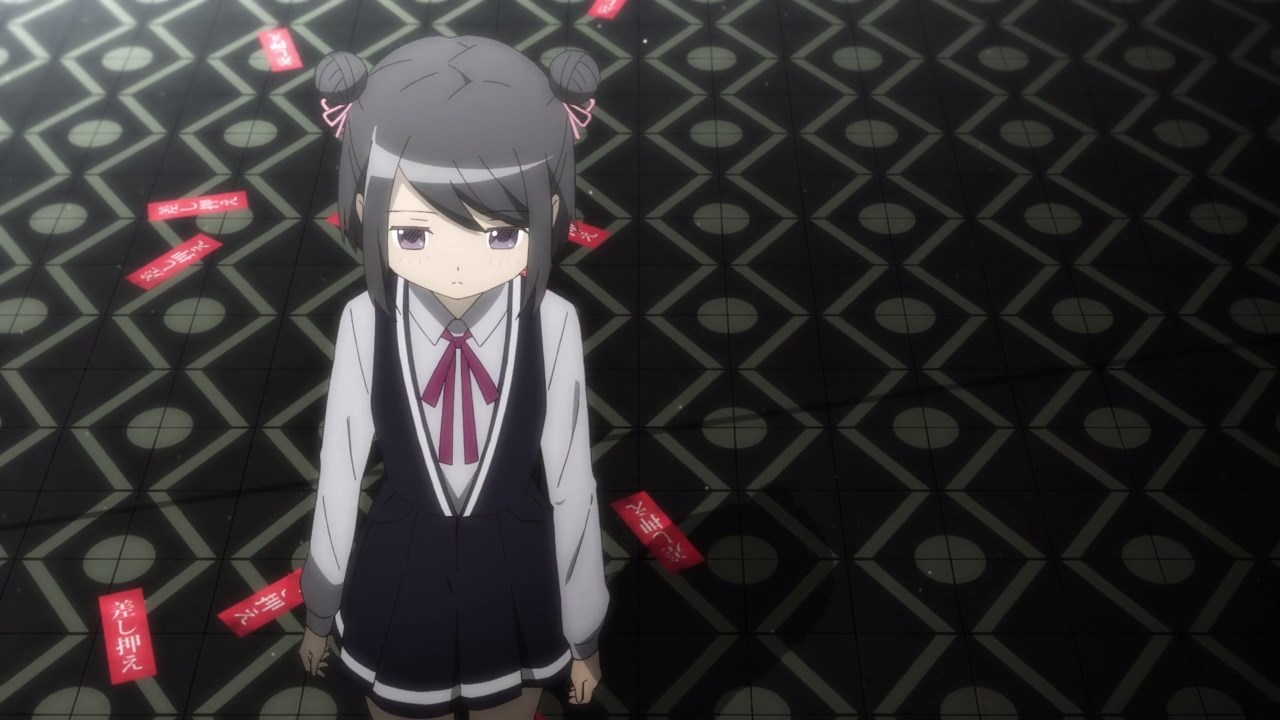 Meanwhile, here’s a new character introduced. Well, turns out that she appeared in the first episode in Season 1 and returned after a long absence.

But this is Kuroe where she was ordered by a mysterious magical girl on finding the rumor of Eternal Sakura. 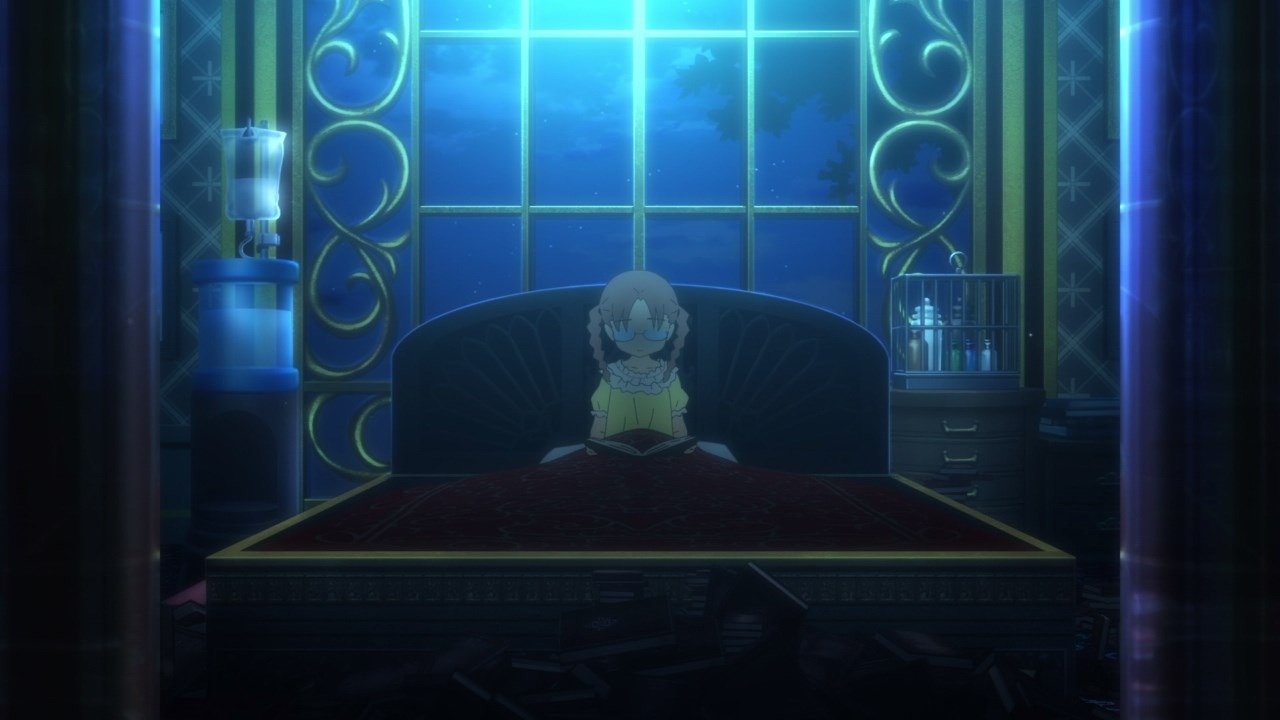 One more thing, I almost forgot to tell this but Nemu is Ui’s friend and it appears that she’ll die soon enough. Still, I wish Nemu would stick around as Iroha wants some answers regarding her disappeared sister. 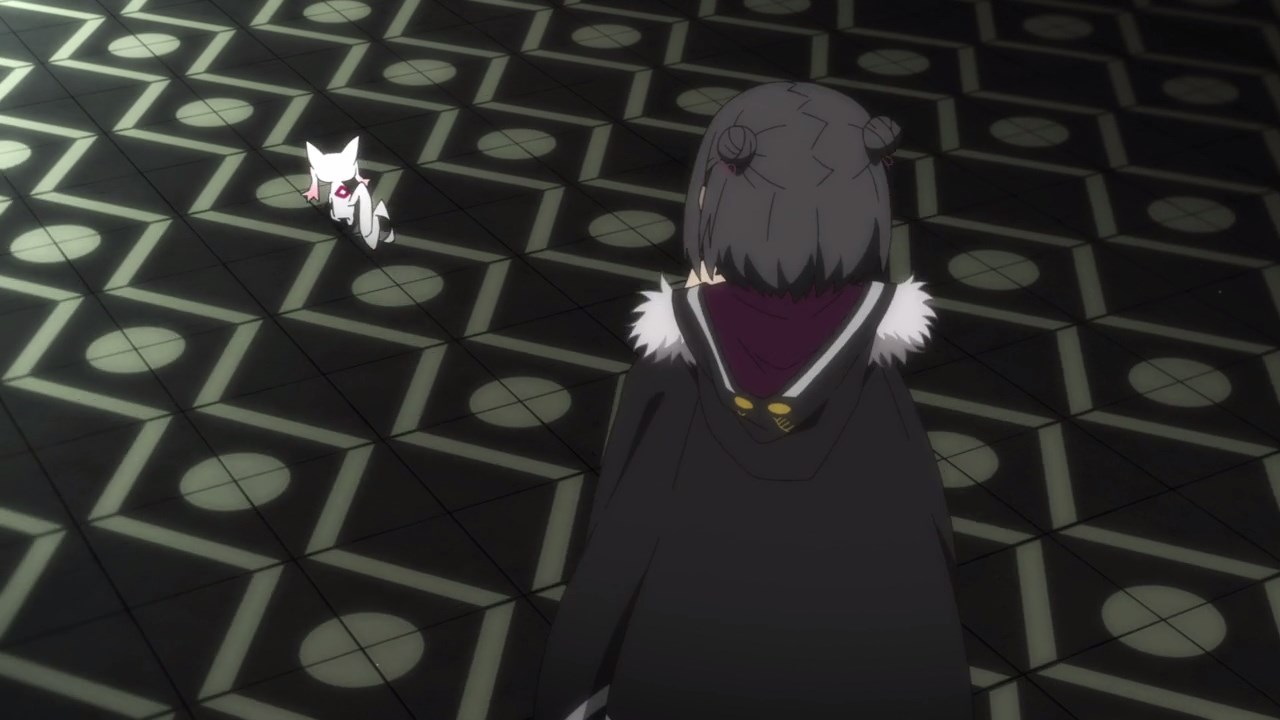 For now, Kuroe is currently chasing Lil’ Kyubey where she wants to find clues regarding the rumor of Eternal Sakura. You know something, is Eternal Sakura related to Iroha Tamaki? 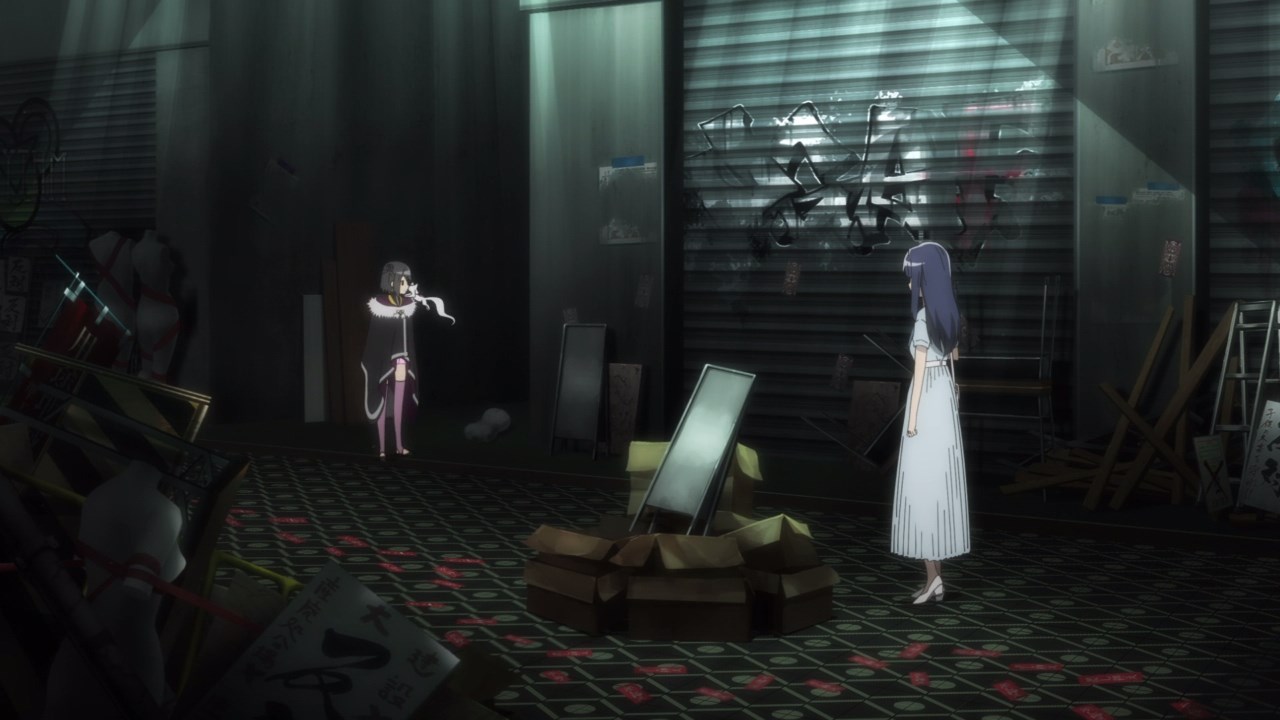 Unfortunately for Kuroe, it looks like she encountered Yachiyo Nanami where she’s really in a bad mood at the moment. 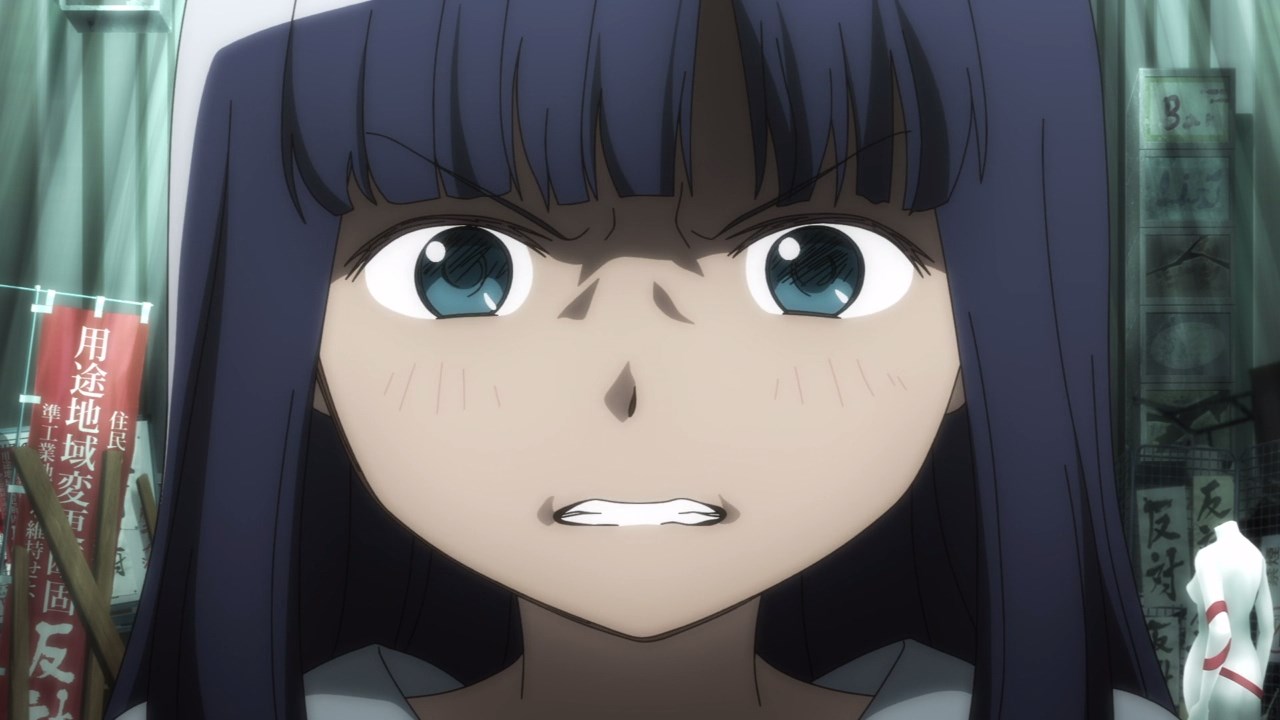 Oh and it gets worse for Kuroe ’cause Yachiyo sees her as a member of Magius, meaning that Kuroe won’t survive from her wrath. 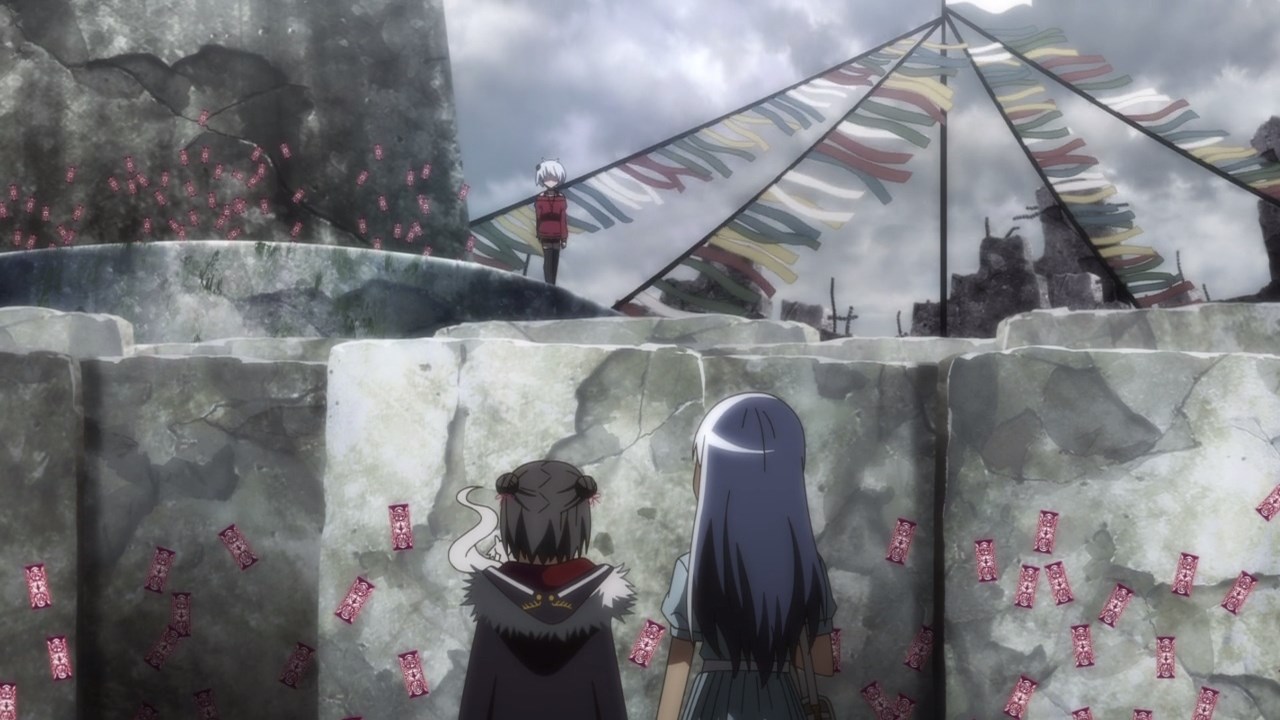 However, it looks like Kuroe won’t get killed this time ’cause a certain magical girl appeared to stop Yachiyo Nanami. 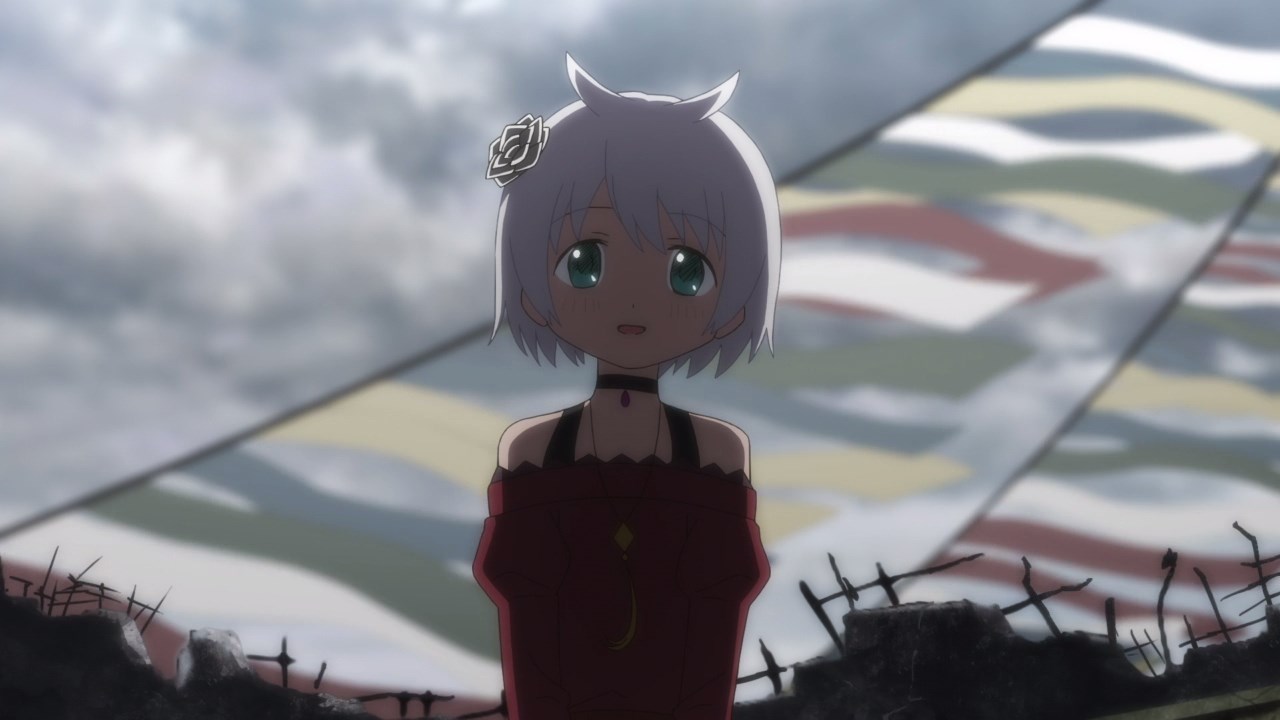 That magical girl is none other than Mifuyu Azusa where she won’t interfere Magius’ plans on saving her fellow magical girls from becoming witches, although Yachiyo doesn’t buy that! 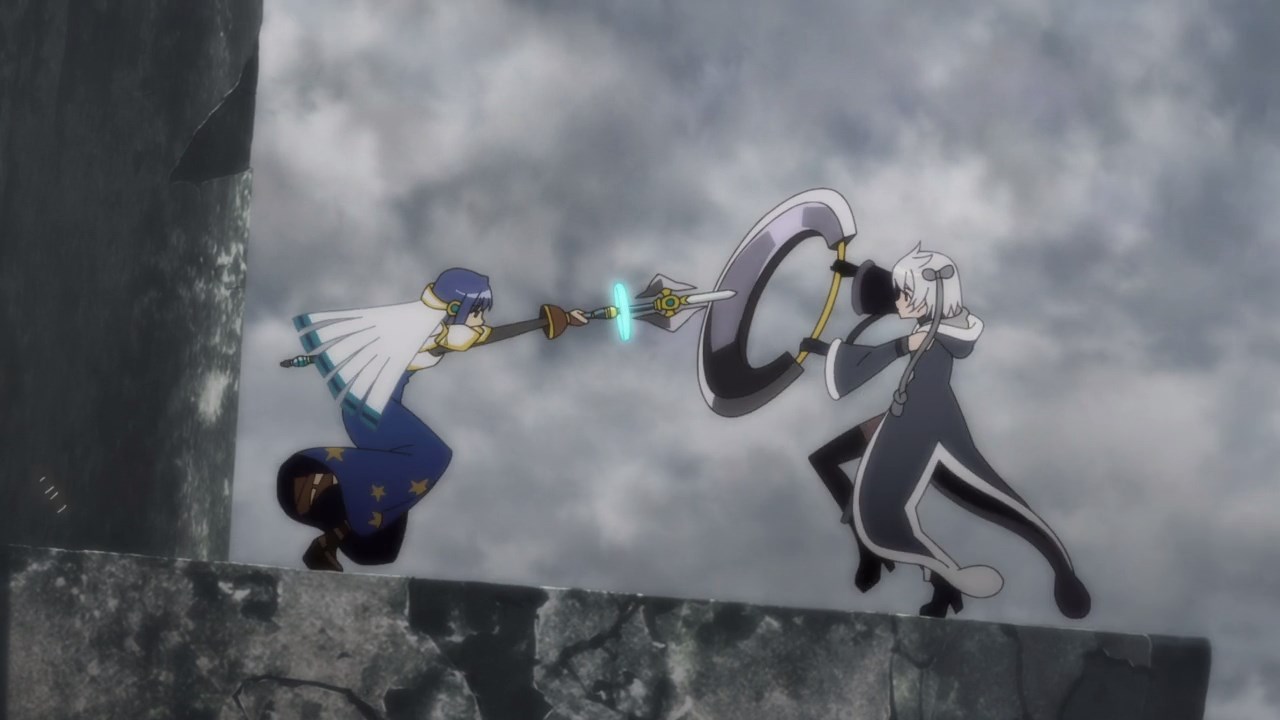 And so, both Yachiyo and Mifuyu are locked into battle where they’re evenly-matched. Unfortunately, it won’t last long… 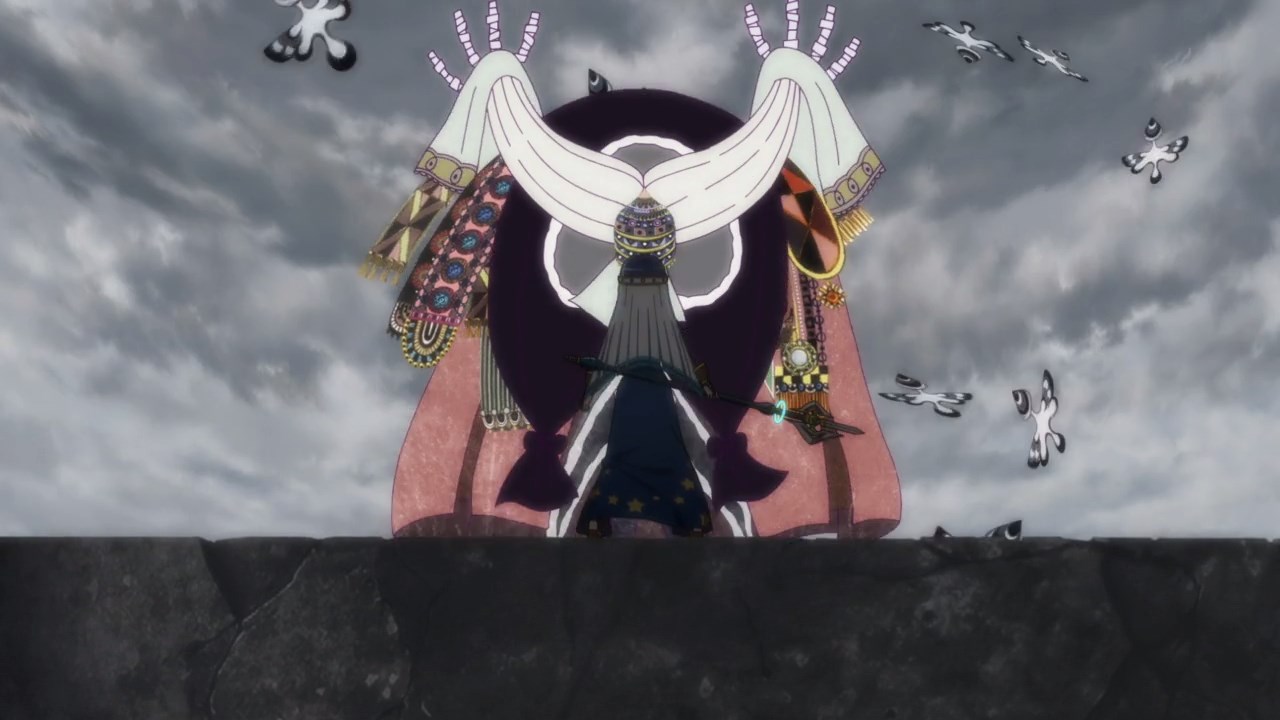 That’s because Mifuyu Azusa decides to tap into darkest parts of her Soul Gem, transforming into a Doppel.

Sure that her Soul Gem didn’t break, but it’s still worrying that Azusa might become a witch permanently. 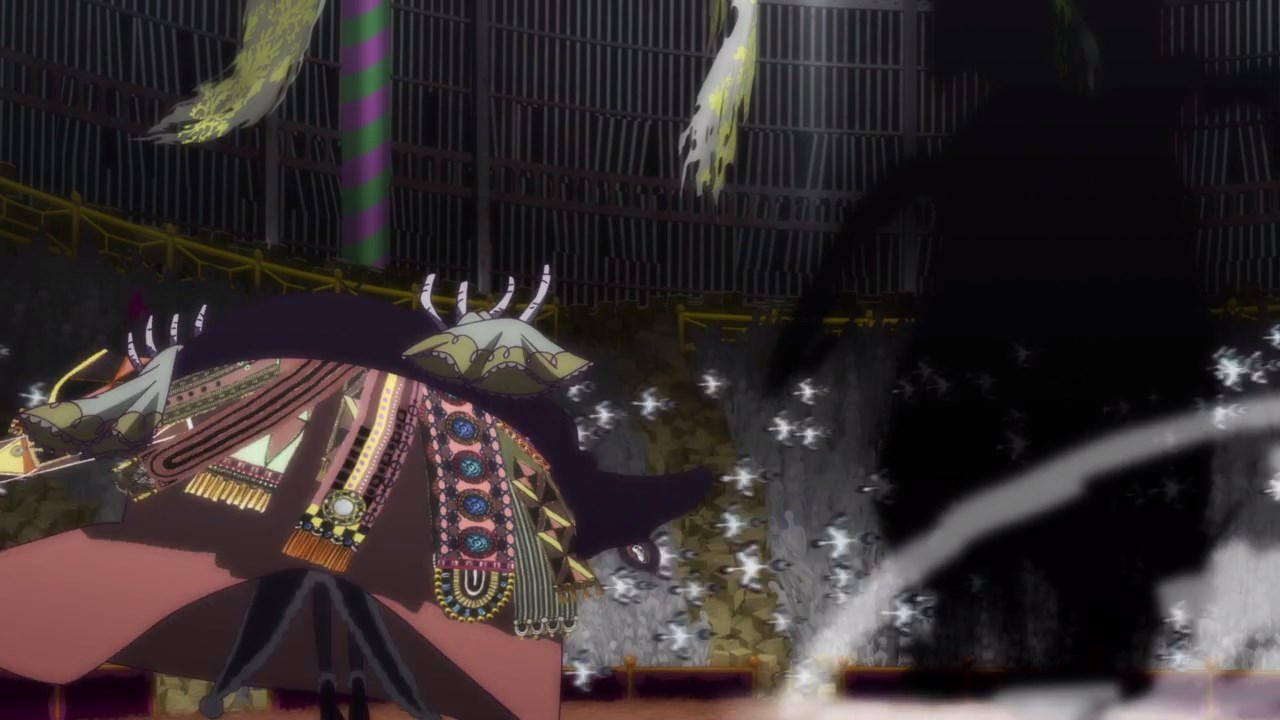 Of course, Yachiyo Nanami won’t lose to Mifuyu Azusa as she decided to transform into her Doppel form. 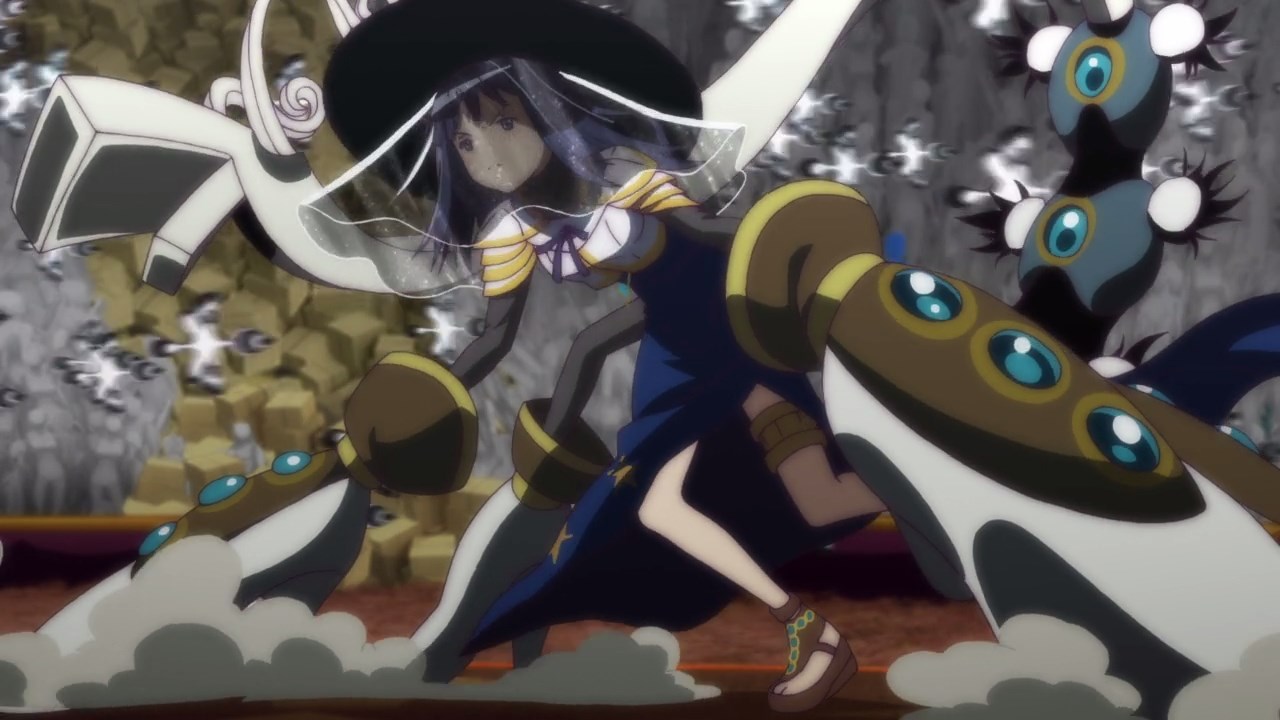 And while I have to say that she looks elegant, the danger of becoming a witch is still present. 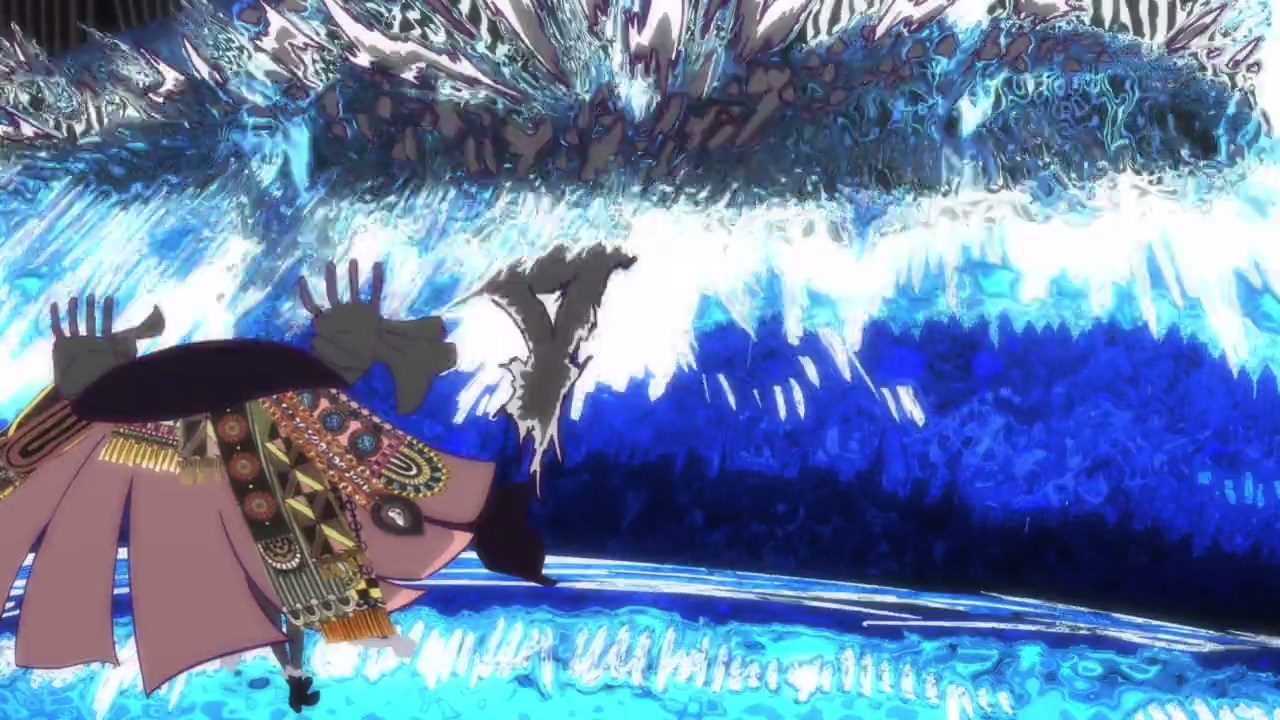 With that said, looks like Mifuyu Azusa is about to get washed away by Yachiyo Nanami. Man, I feel that Yachiyo has the strongest Doppel form so far. 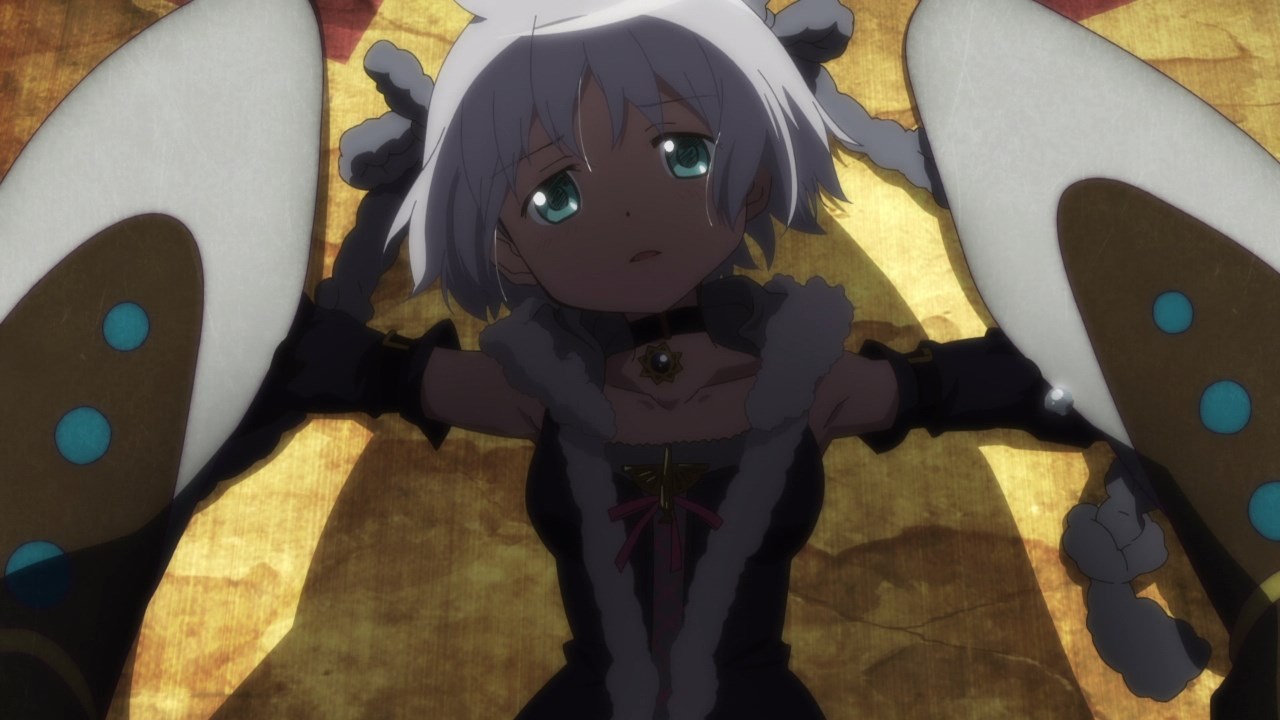 But speaking of Mifuyu Azusa, I’m scared that she’s about to get killed by an enraged Yachiyo Nanami. 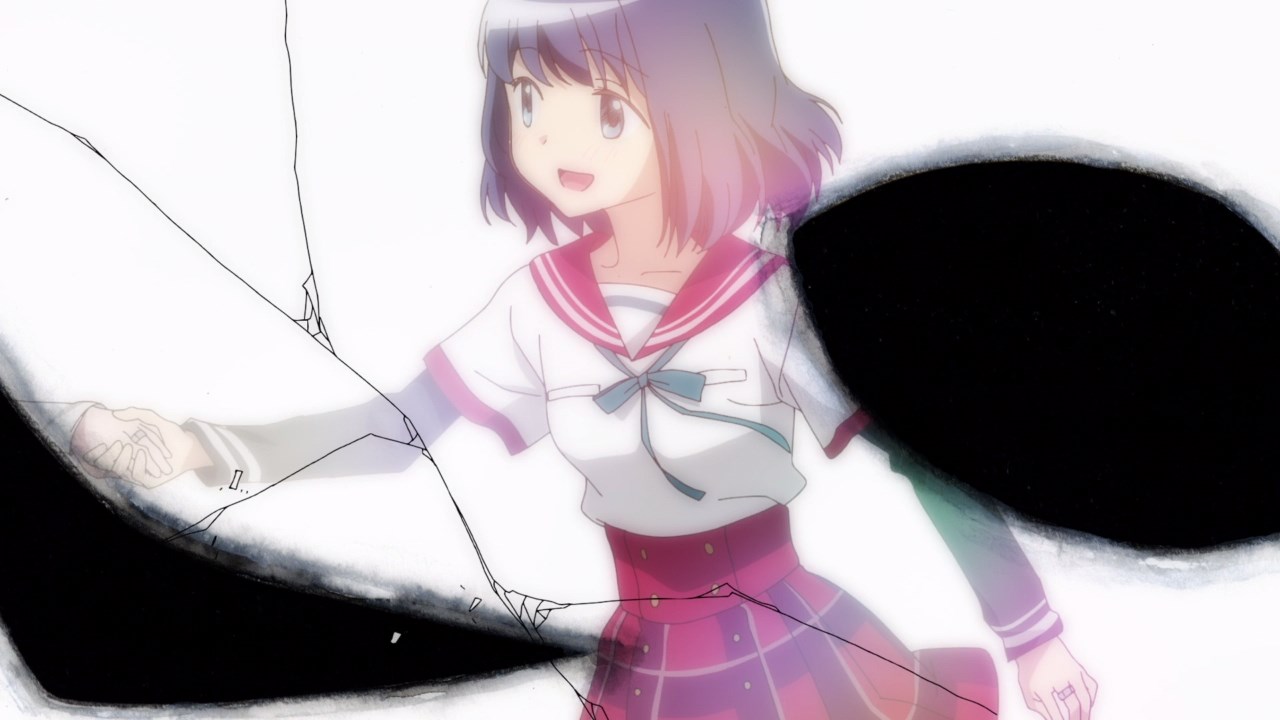 However, it looks like Yachiyo remembered those times she spent with Iroha Tamaki. Oh I hope she’ll snap out of it instead of becoming a witch. 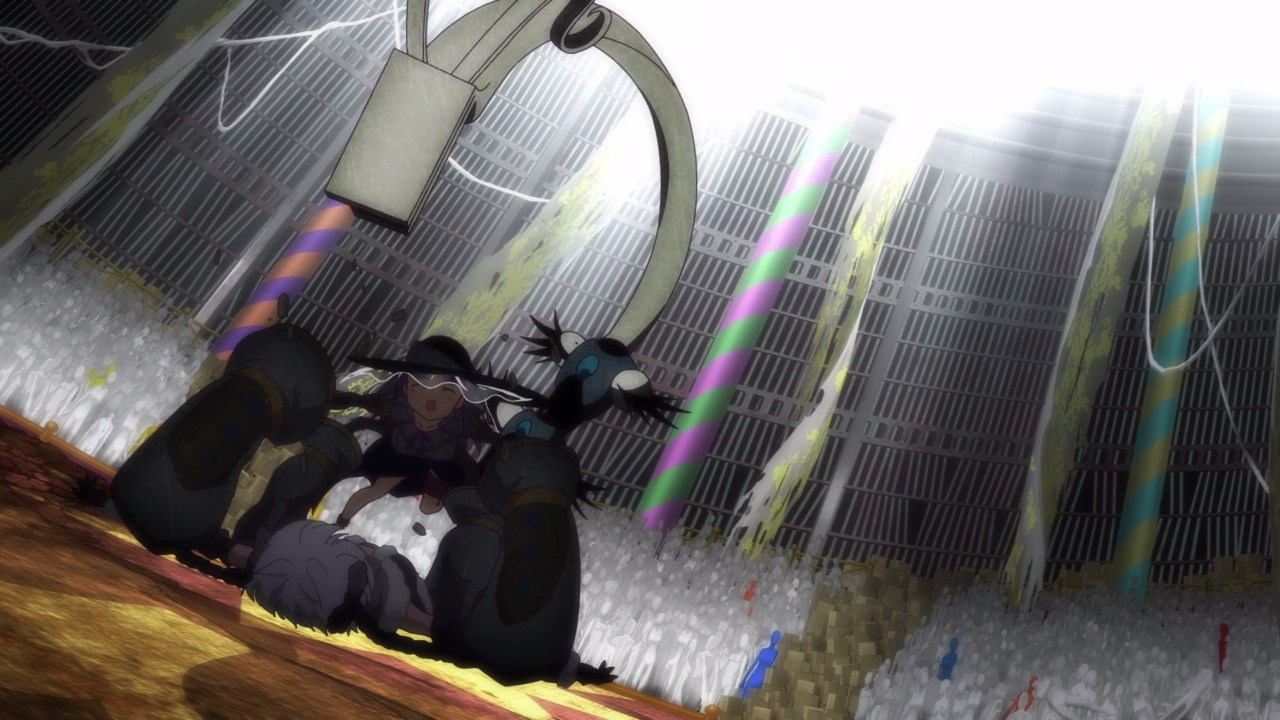 And sure enough, Yachiyo Nanami reverted to her normal form. Glad that she regained her senses instead of being consumed by her anger. 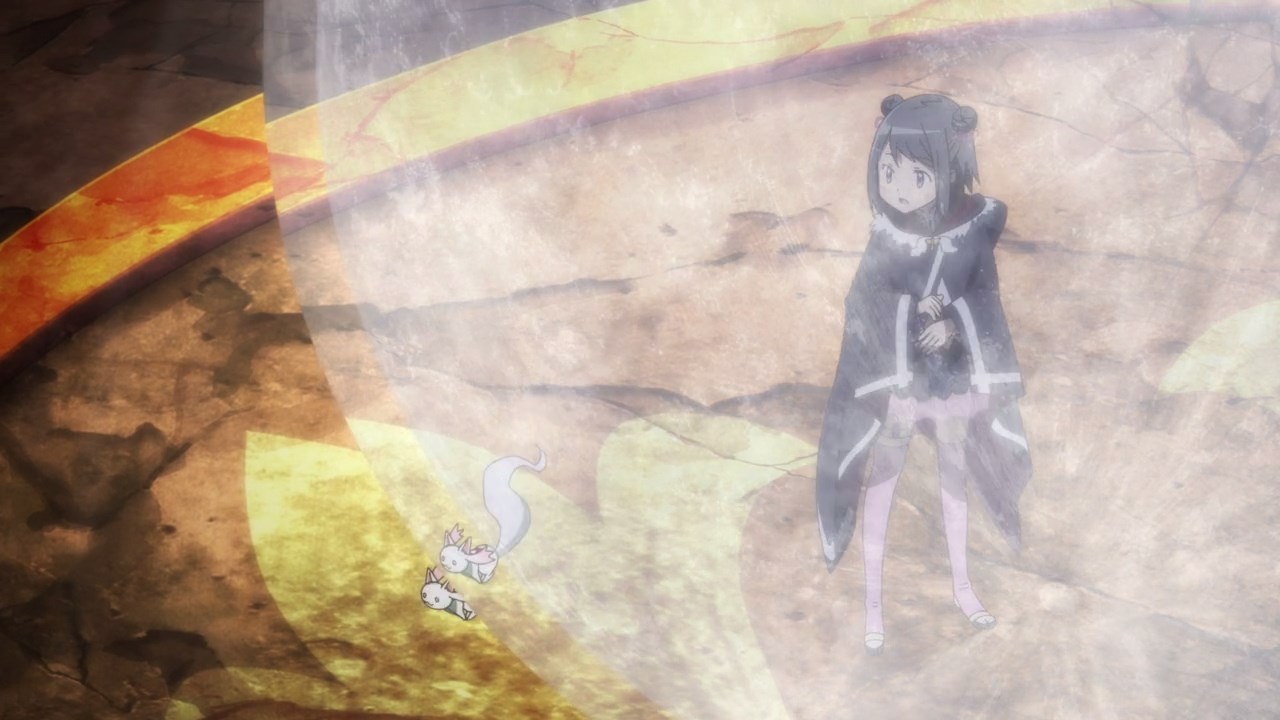 Meanwhile, looks like Lil’ Kyubey decides to leave as this critter sensed something. Man, Lil’ Kyubey is really unpredictable most of the time. 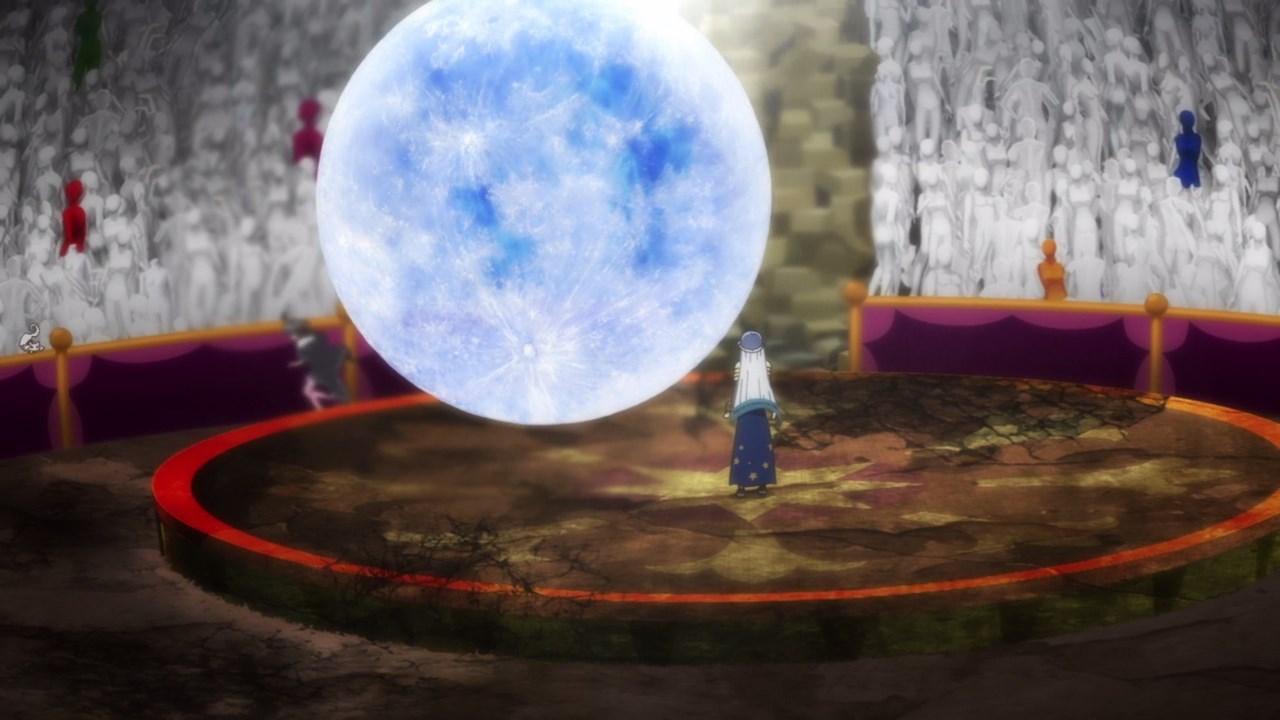 But let’s return to Mifuyu Azusa where she has to escape for the time being. Unfortunately for Yachiyo, looks like she’ll have difficulties on finding Magius’ headquarters now that Nanami let Mifuyu Azusa go.

On the plus side, she can still find Iroha’s whereabouts as Yachiyo Nanami will have to capture Lil’ Kyubey. 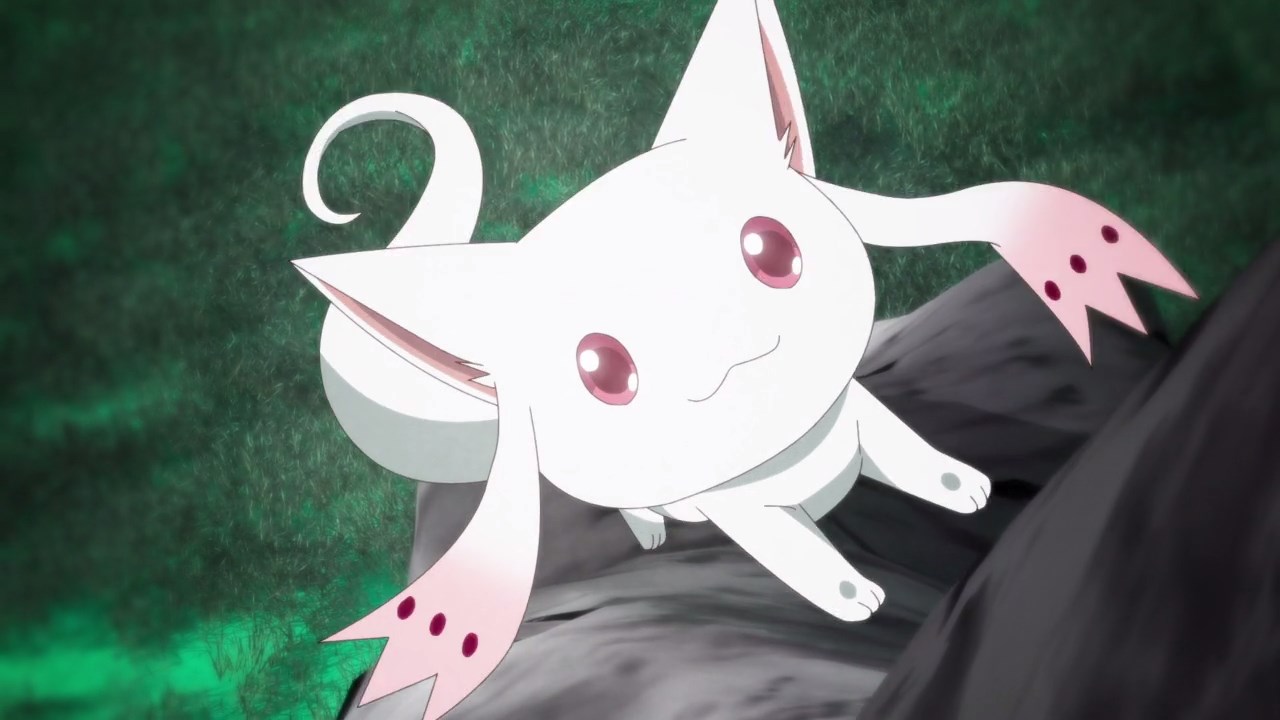 Speaking of Lil’ Kyubey, looks like this critter found something upon entering one of the Uwasa Zones. Oh I have a bad feeling about this. 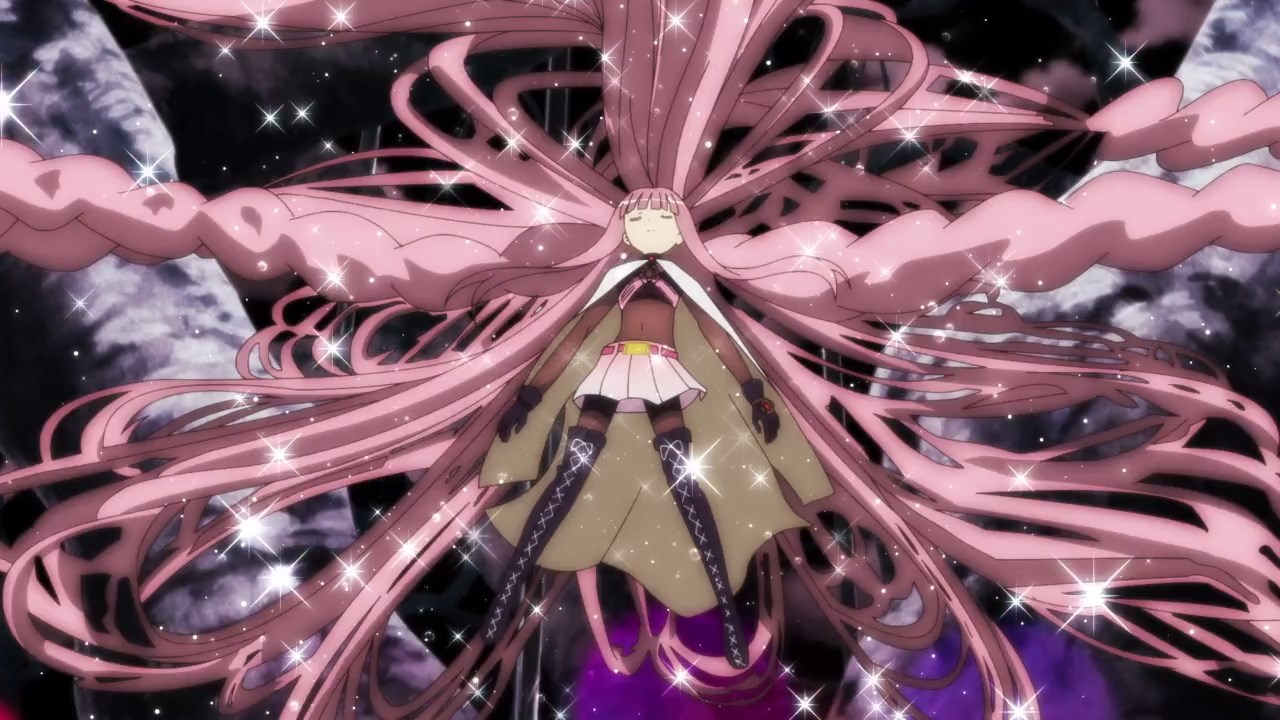 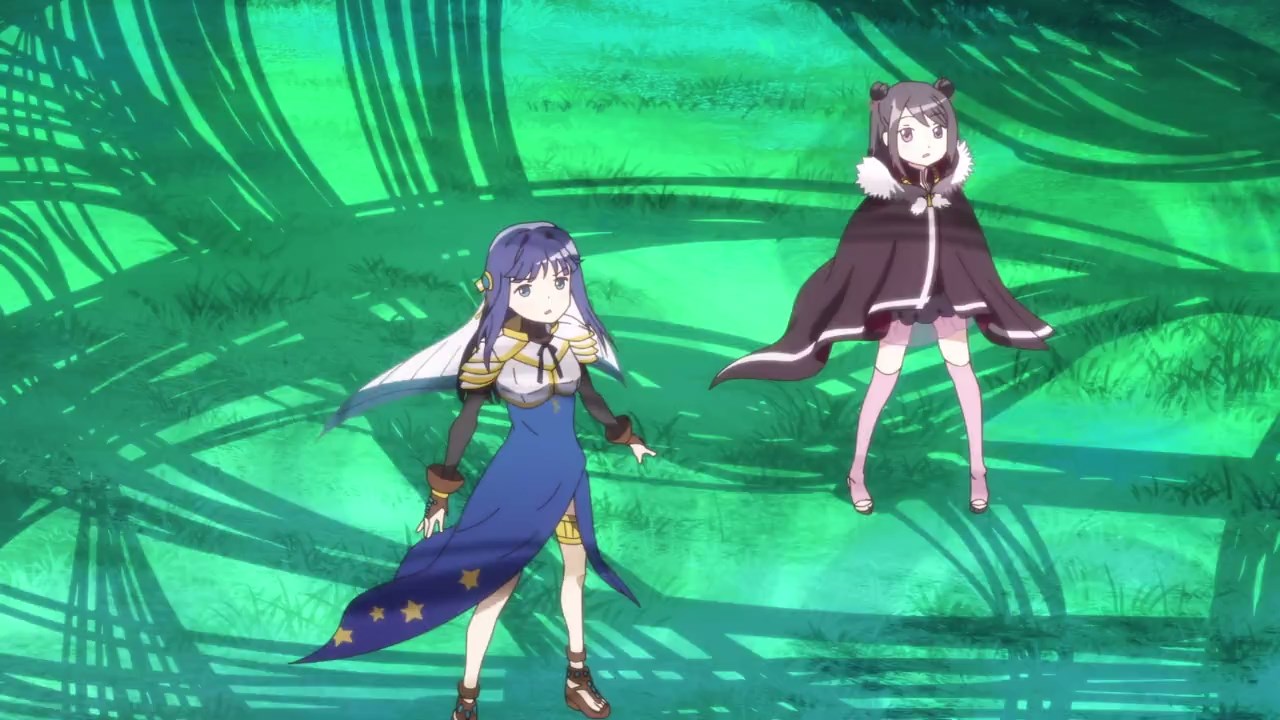 In any case, looks like Yachiyo Nanami and Kuroe found Iroha Tamaki after entering the Uwasa Zone.

Man, I thought that Iroha is gone forever after the end of Season 1, but something strange is happening to her… 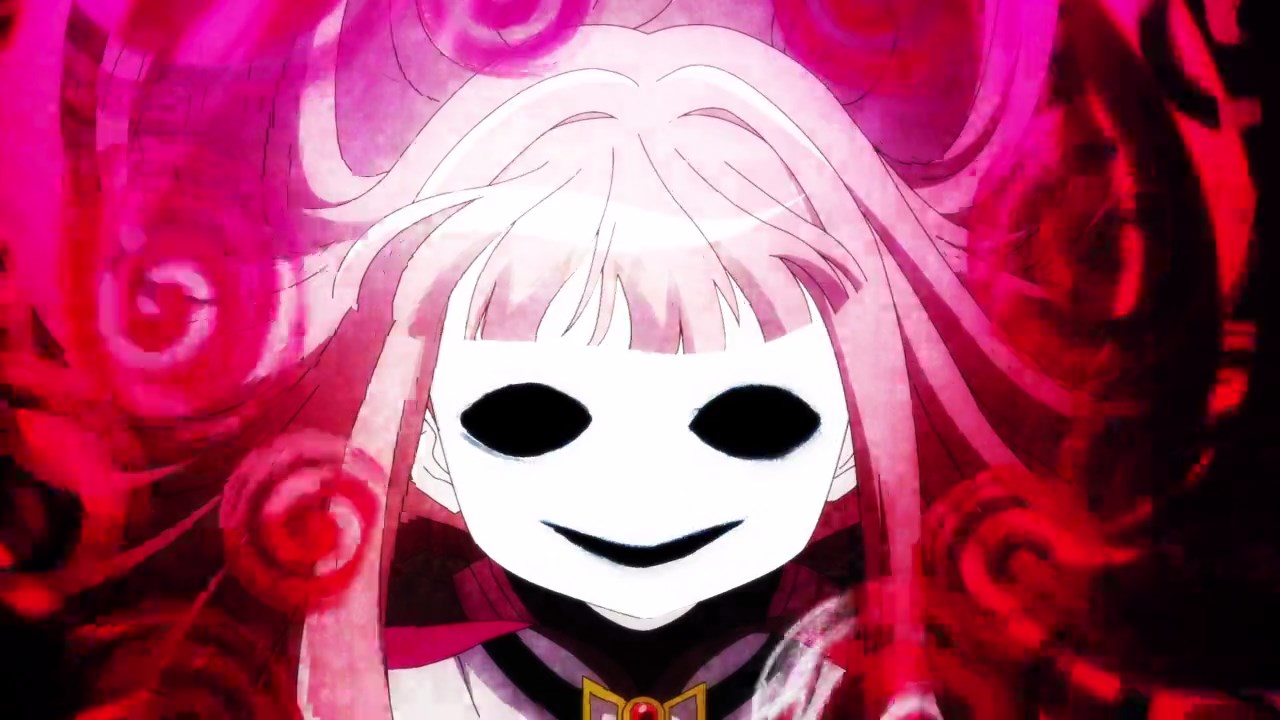 And it turns out that Iroha Tamaki has become a Doppel, meaning that Yachiyo Nanami will have to fight and possibly kill Iroha off. I don’t want that to happen!

But that’s the end of this episode and while it’s nice to see Iroha Tamaki returned, the next one will be a test for Yachiyo to see if she can defy her initial wish to be the only one standing. C’mon, her friends died because of her wish to survive.