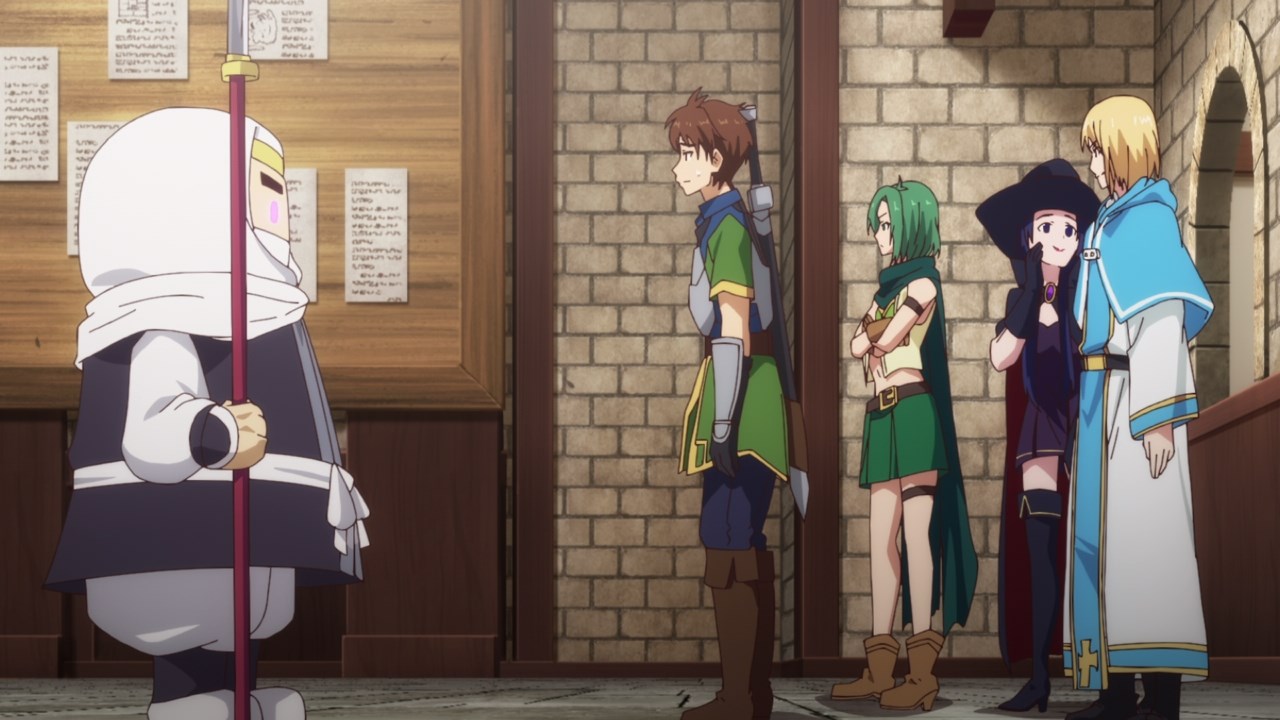 We begin this episode where King Kazuya Souma’s Living Poltergeist is here to assist the adventurers in clearing the dungeon beneath Elfrieden’s capital city, otherwise known as the sewers where it’s infested with dangerous monsters.

Come to think of it, this Living Poltergeist known as Mascot has gone bigger from what I’ve remembered. On the other hand, I wonder what happened to Glaive Magna since he wants to tell something important to the king? 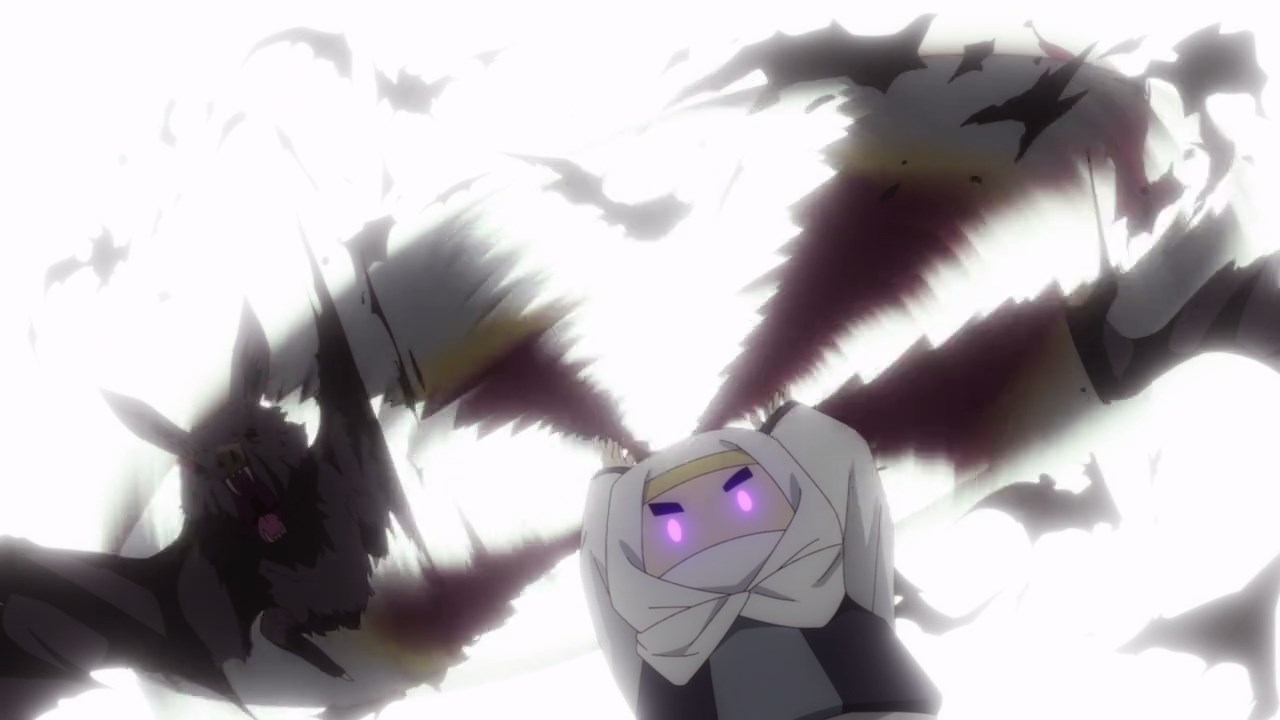 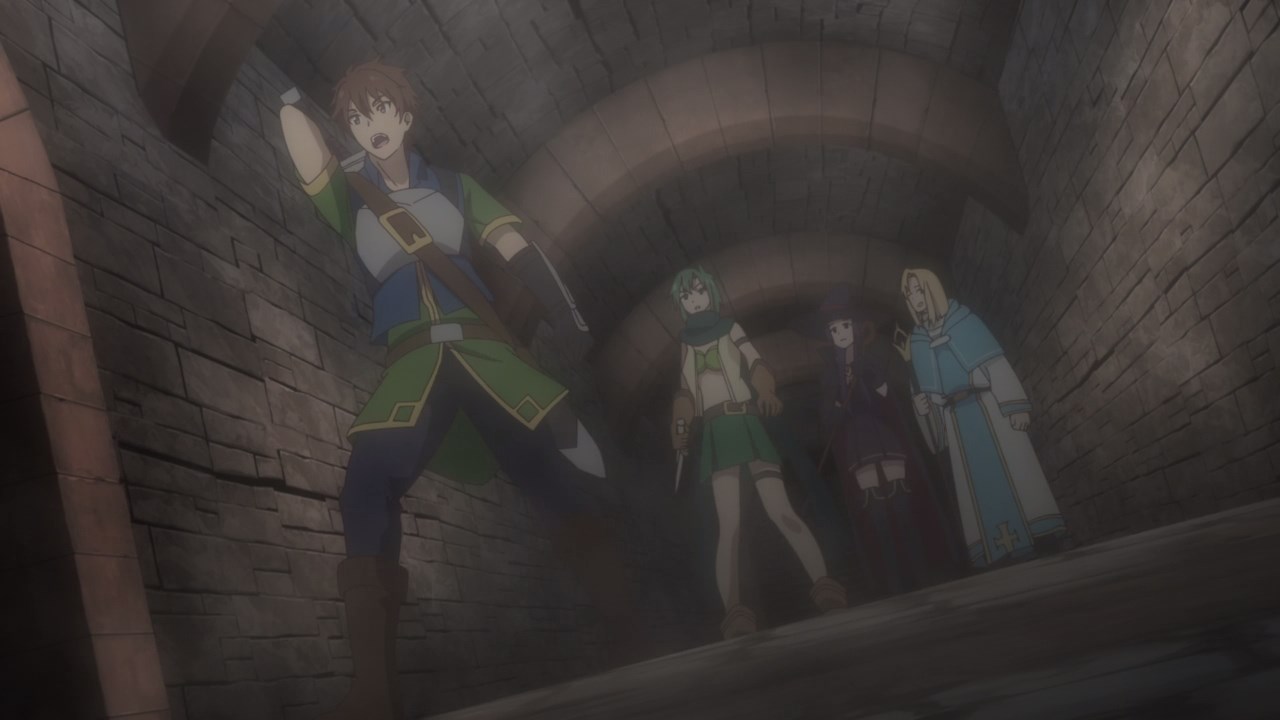 Regardless, looks like Kazuya made his Mascot poltergeist stronger that the adventurers simply watch it in awe as the king’s strongest puppet mows down monsters inside the dungeon. 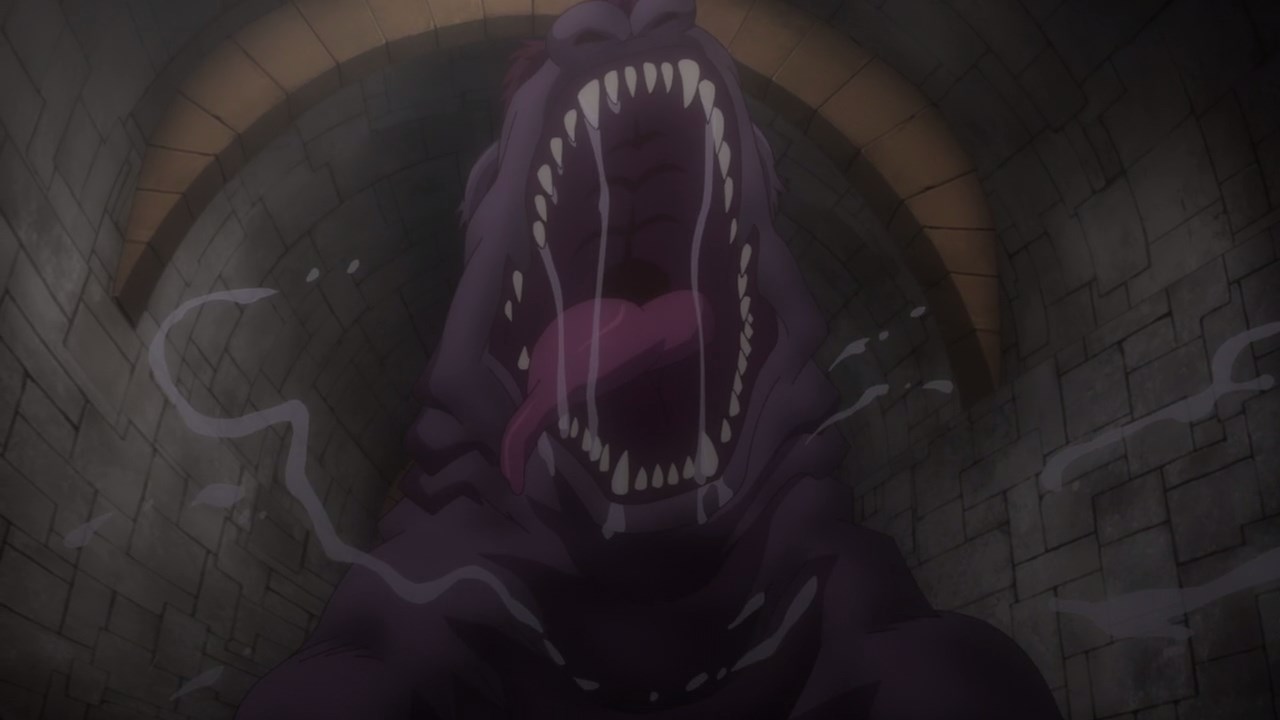 Of course, there are limitations as Mascot can’t fight large and powerful monsters like this salamander where it spews acid. 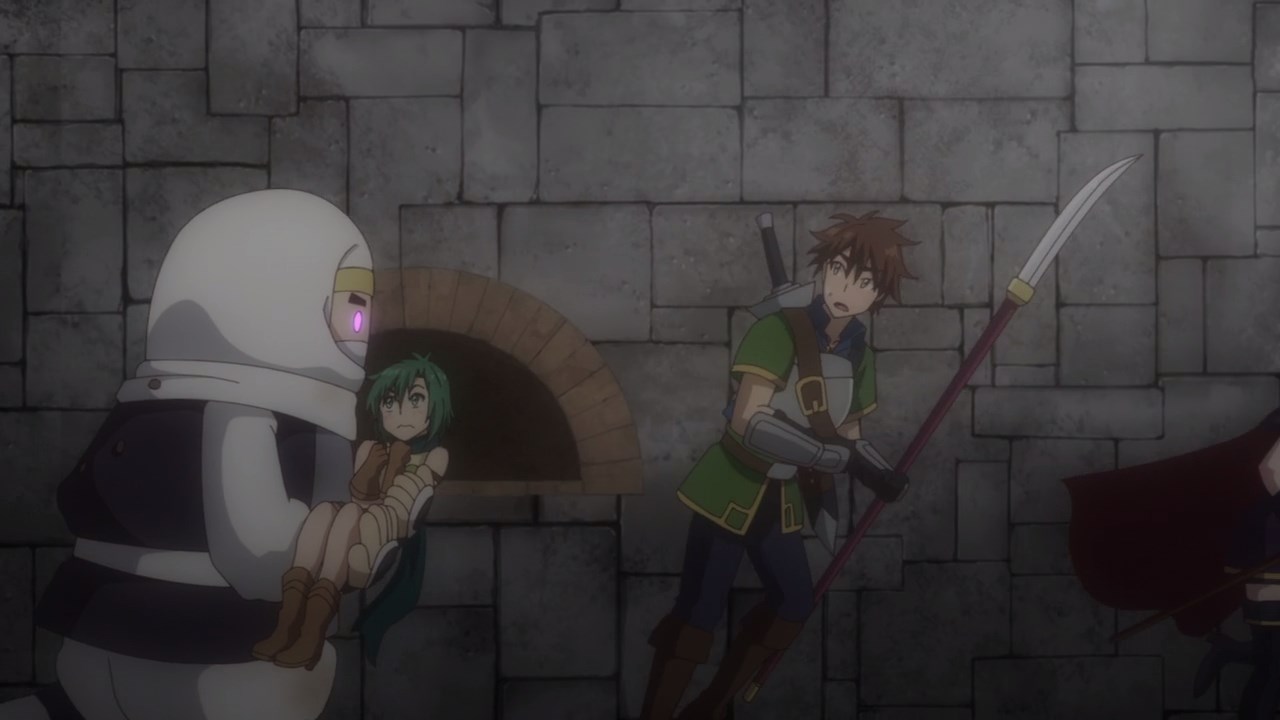 And since it’s risky to fight a salamander, the party decides to run away as fast as possible.

Speaking of Mr. Mascot, Kazuya’s puppet is carrying one of the adventurers like a princess. Man, it’s so cool that Kazuya’s magic has leveled-up. 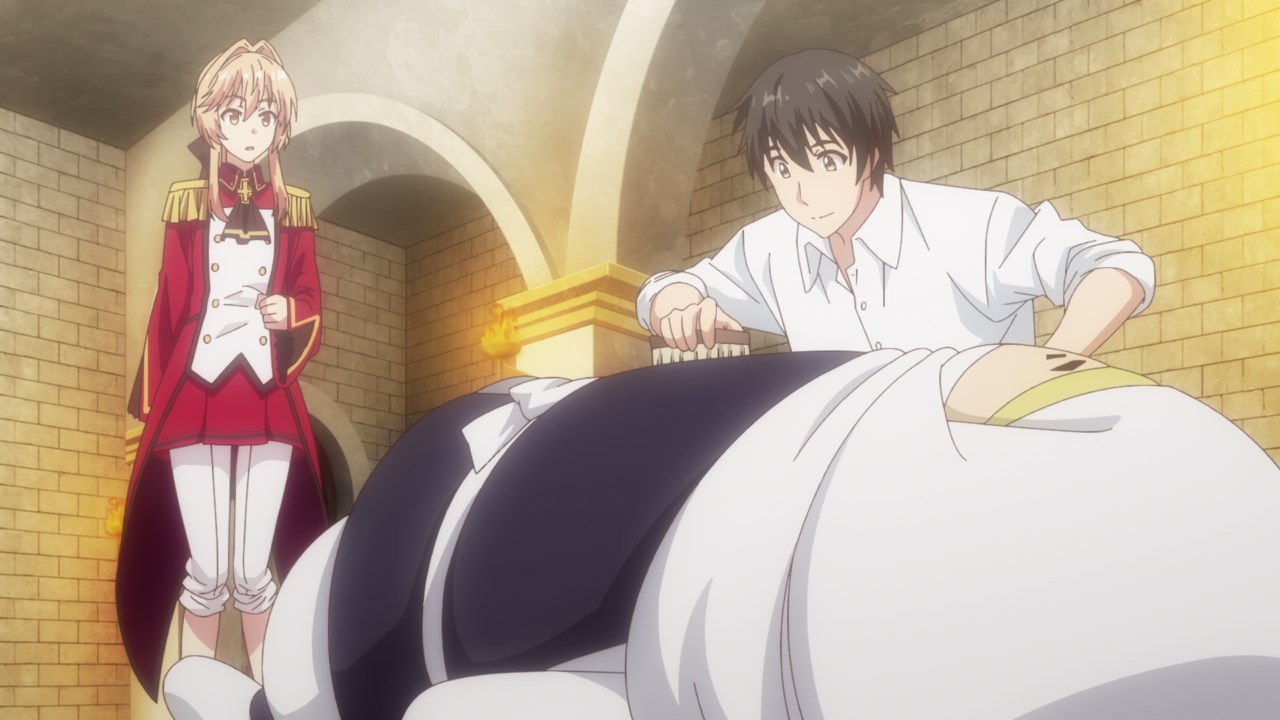 Then again, the king will have to clean and repair his puppet so that it won’t get damaged beyond repair. Man, I’m so impressed that Kazuya takes care of his poltergeist. 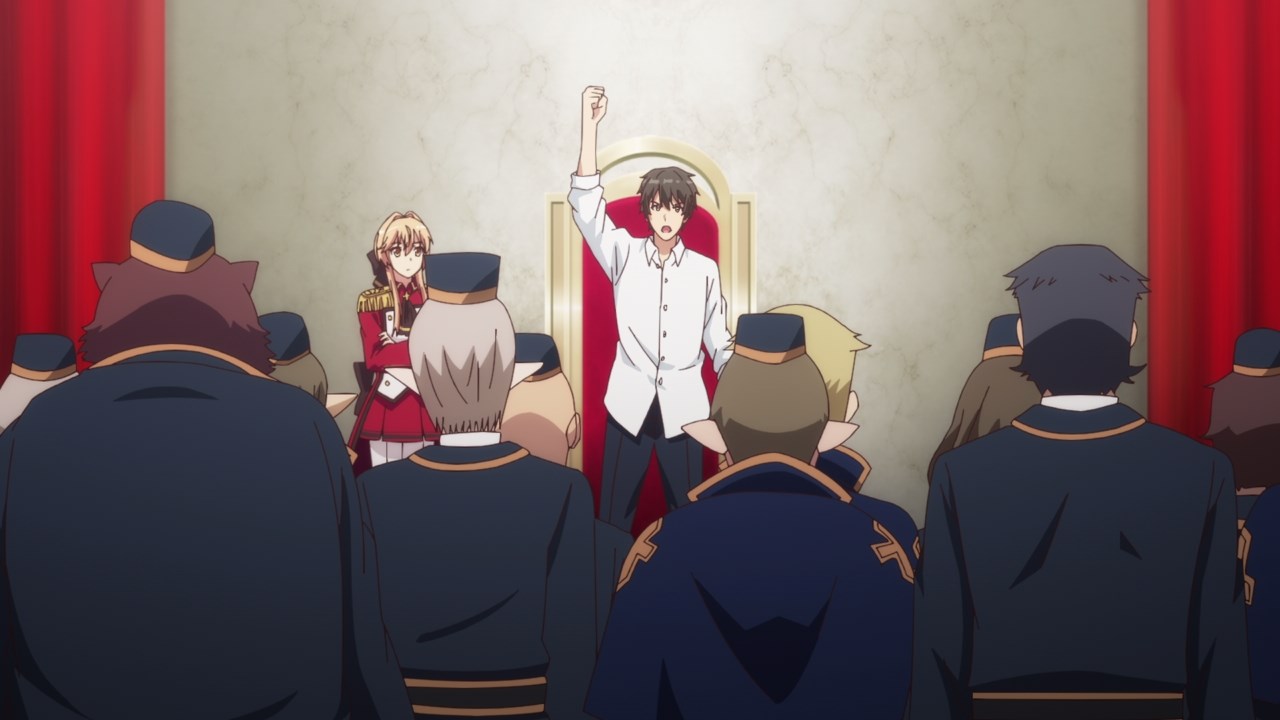 Now let’s move onto King Kazuya Souma where after spending time writing reforms together with his officers, the king declared that they finished passing the reforms and securing the budget for Elfrieden’s next project. 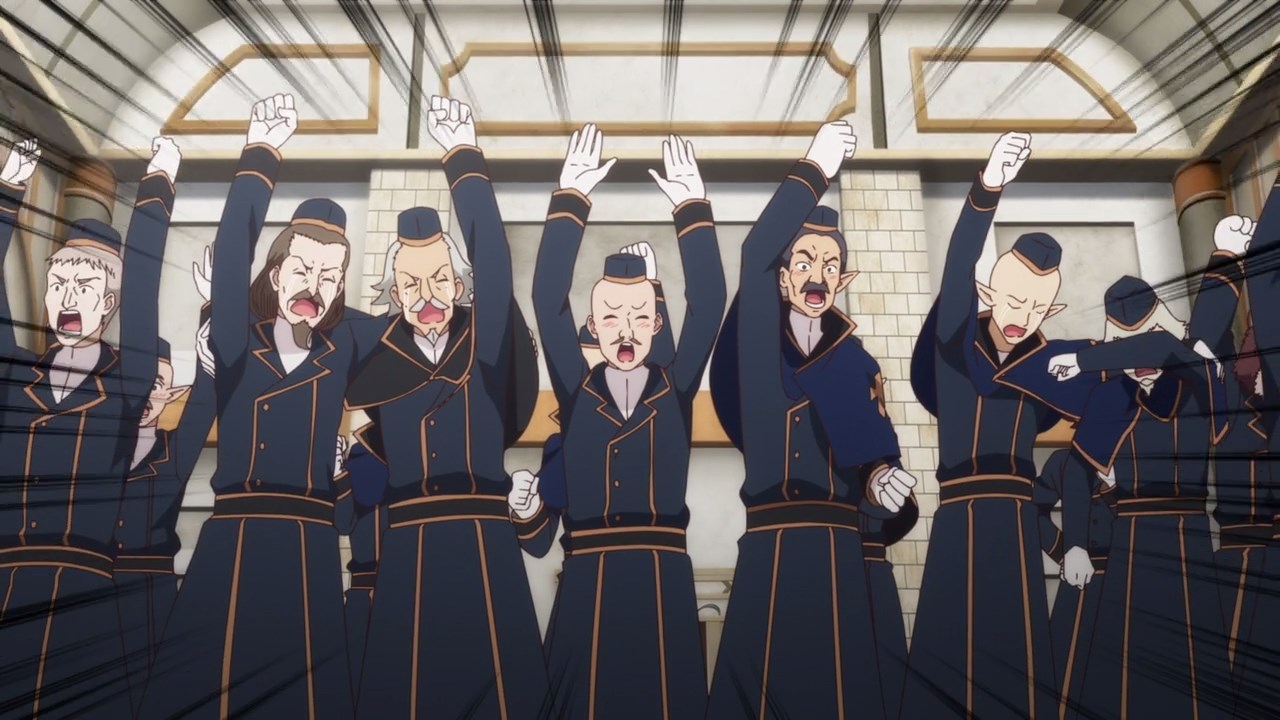 Oh yeah, these officers will have a 5-day vacation since they already work day and night to finish writing all of Kazuya’s reforms.

But once they finish their vacation, they’ll go straight to working on the kingdom’s next project which is building the port town of Venetinova. Sure that it’ll take years to finish a town, but it’ll bring long-term economic prosperity within the kingdom. 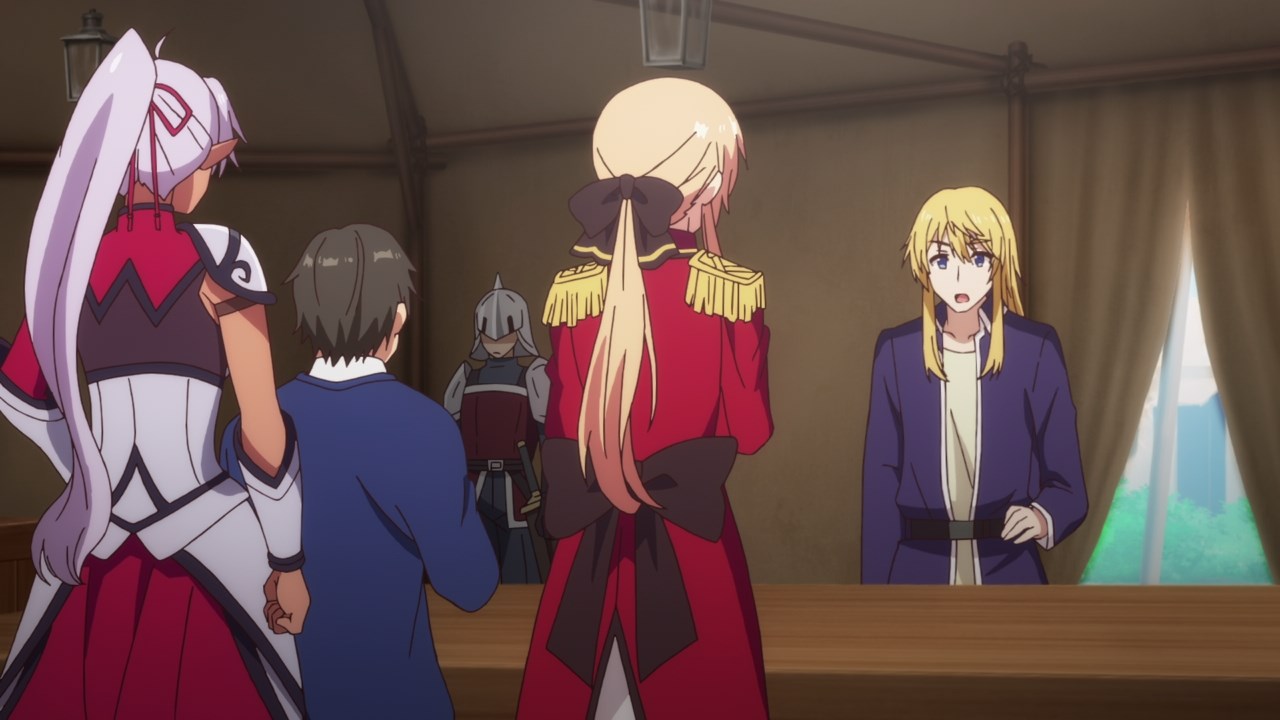 However, there’s a problem as Ludwin Arcs explained to King Souma that there’s this old man named Urup where he warned everyone not to build a town, or the sea god Kaijin will destroy everything. 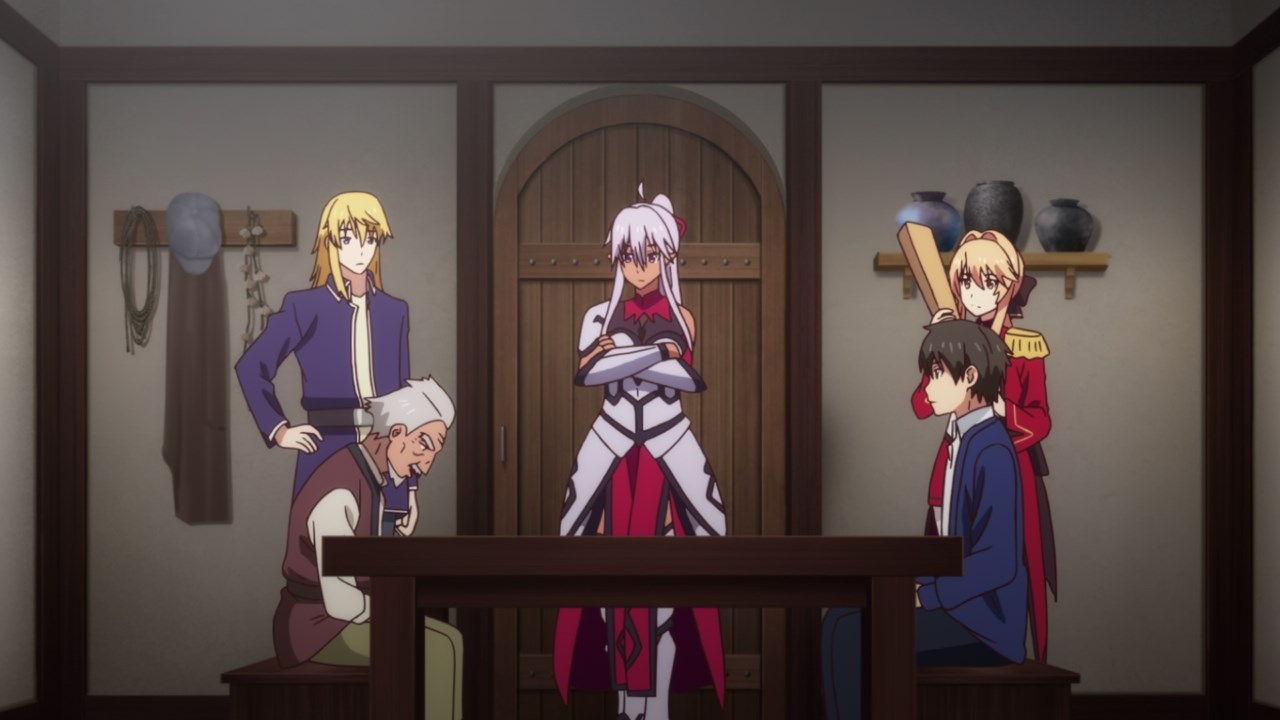 In any case, Kazuya Souma went to Urup’s house where the old man begged the king to stop building the town.

Then again, King Kazuya think of the situation in a rational matter as there’s a way to build Venetinova without being subjected to various disasters like earthquakes and tsunamis. 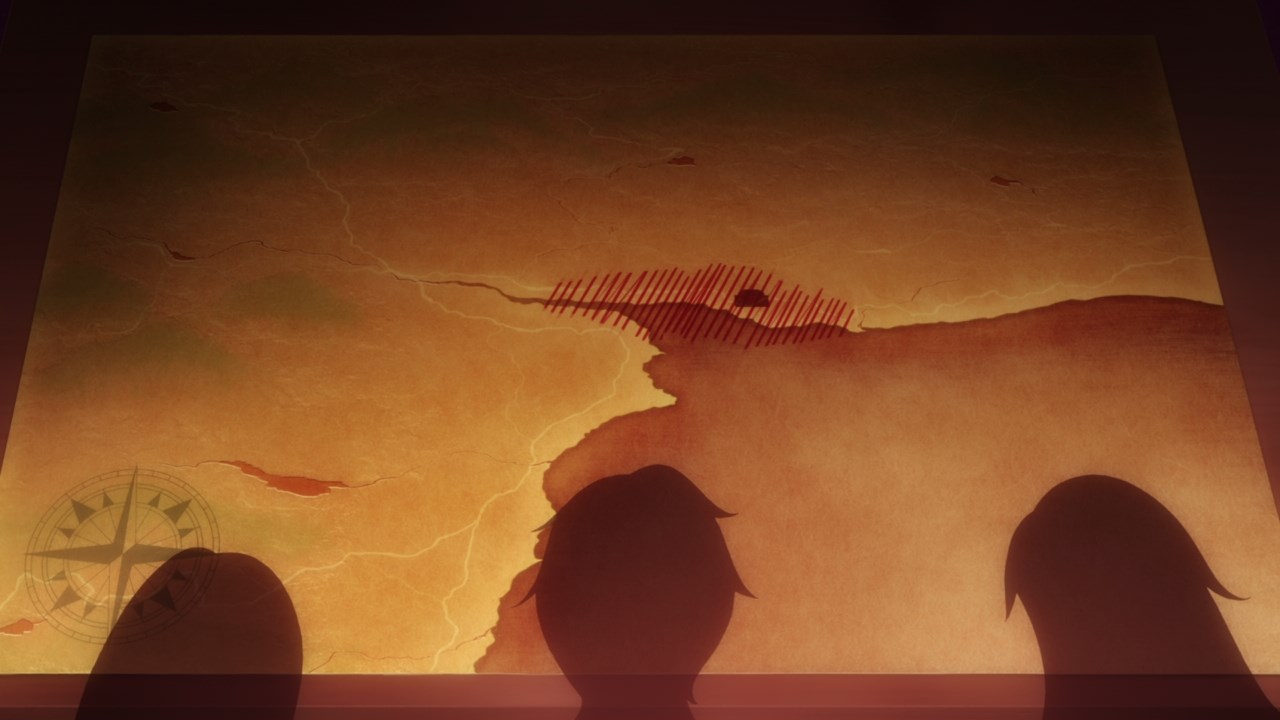 With that said, here’s the area where it said that Kaijin resides there. Sure that having a V-shaped topology is ideal for building a harbor, but it’s prone to various disasters. 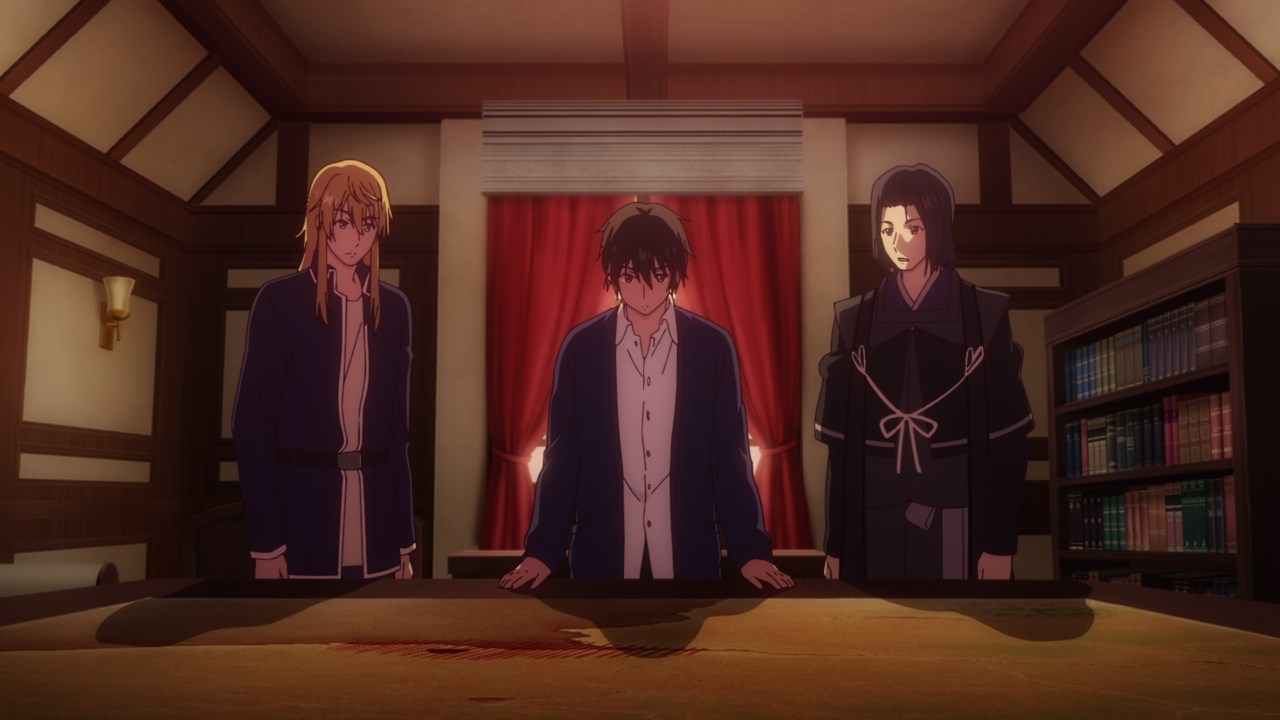 Rather than halting the construction, Kazuya Souma decides to relocate Venetinova into another area and make it sturdier so that buildings won’t collapse easily. Of course, the king needs to put an early warning system so that residents will take refuge in a safe area whenever a tsunami happened around town.

But anyways, looks like this project will be a real undertaking for King Souma where he need Venetinova to revitalize Elfrieden’s economy. Still, he worried about various factions who wanted to assassinate him and invade the kingdom, but I’m hoping that it won’t happen on the next episode!