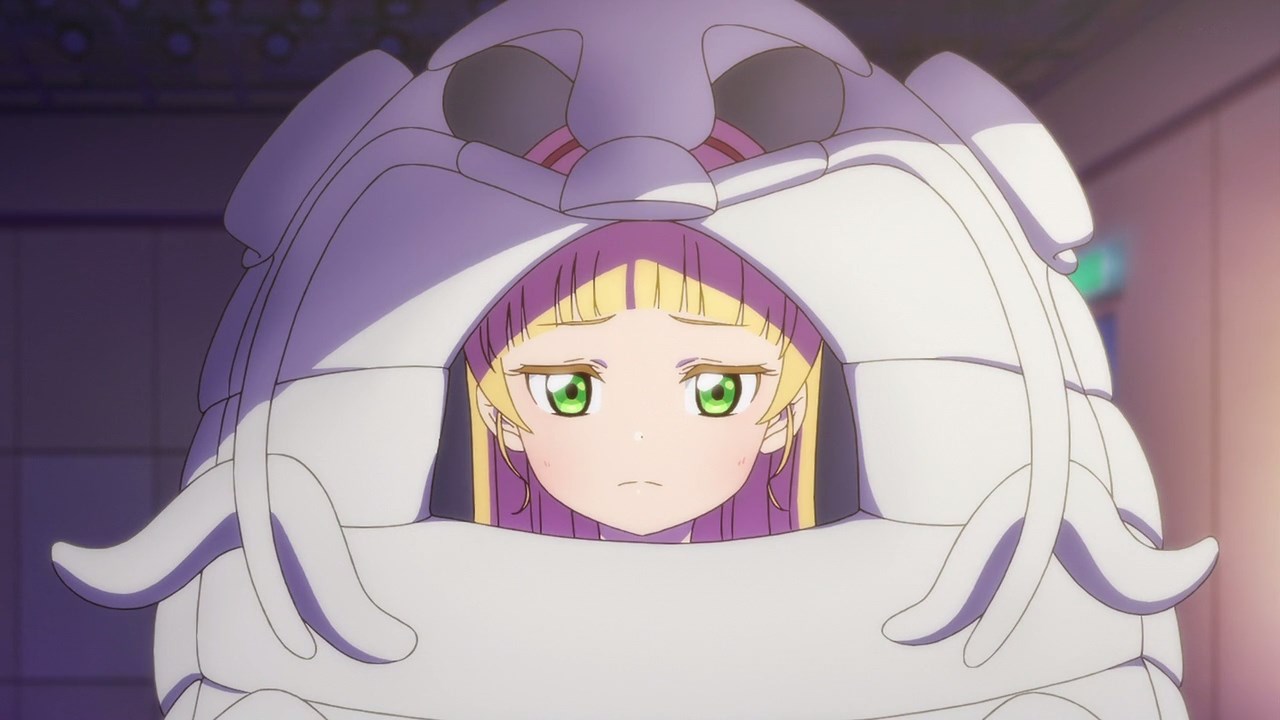 Well look what we have here, seems that Sumire Heanna has a bit of showbiz history… playing extras no less. Wow, that’s worse than playing Tree A in stage plays.

Still, I’m really curious if this galaxy girl joins the newly-established school idol club? Then again, I wonder what happened to that club since I don’t know whether Kanon and Keke won the competition. 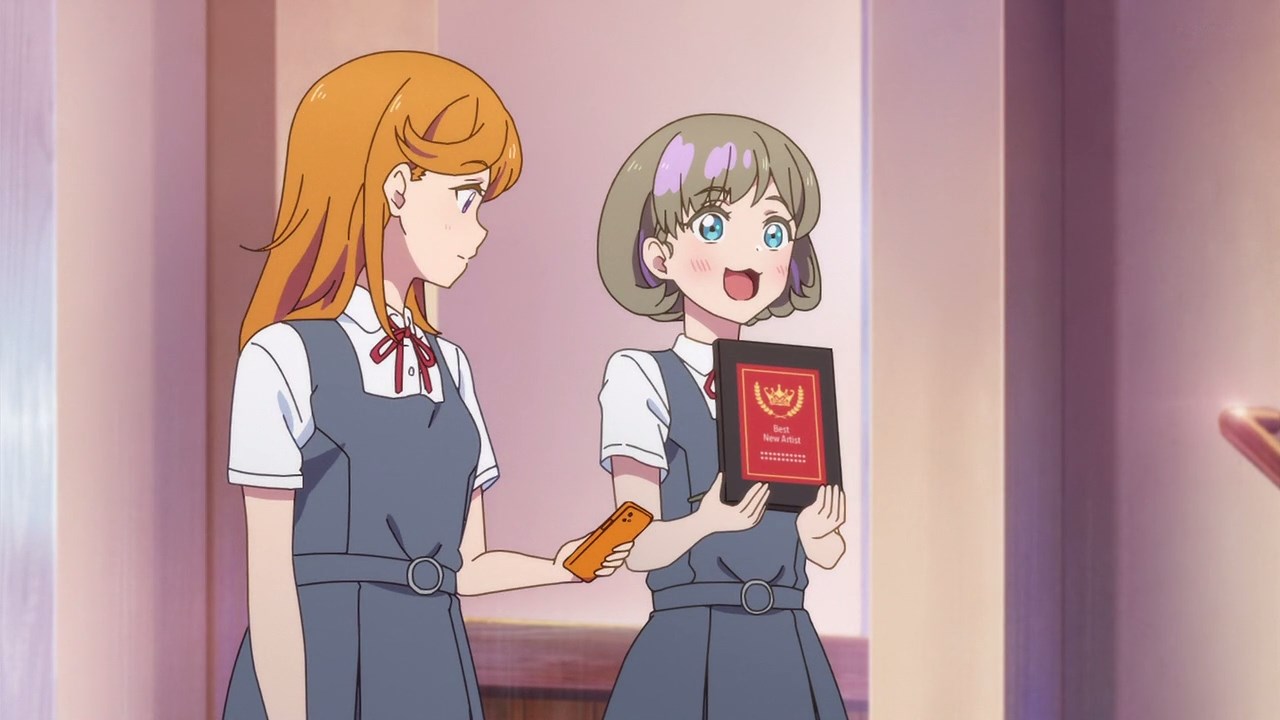 Speaking of Kanon Shibuya and Keke Tang, looks like they managed to win the best new artist award. So I guess that counts as an achievement, but a certain Ren Hazuki won’t accept any rookie awards. 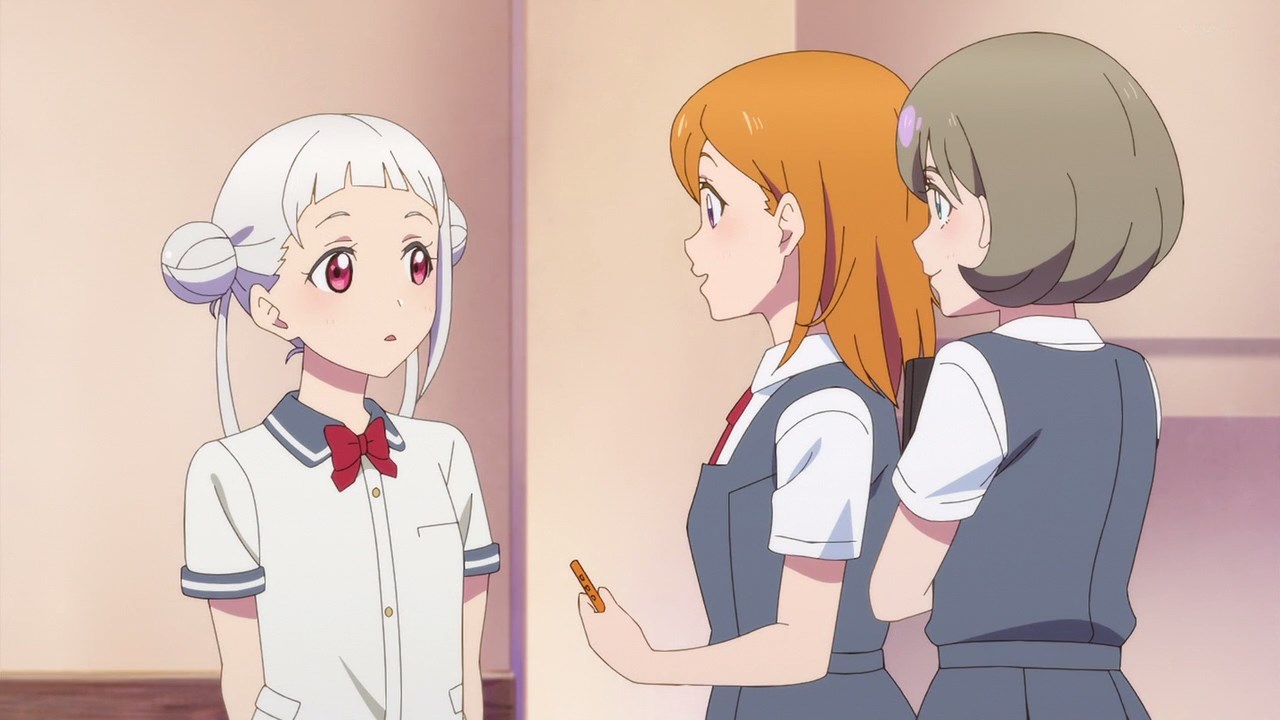 Also, here’s Chisato Arashi where she still won’t join the club despite helping both Kanon and Keke. I wonder why she can’t join the school idol club? 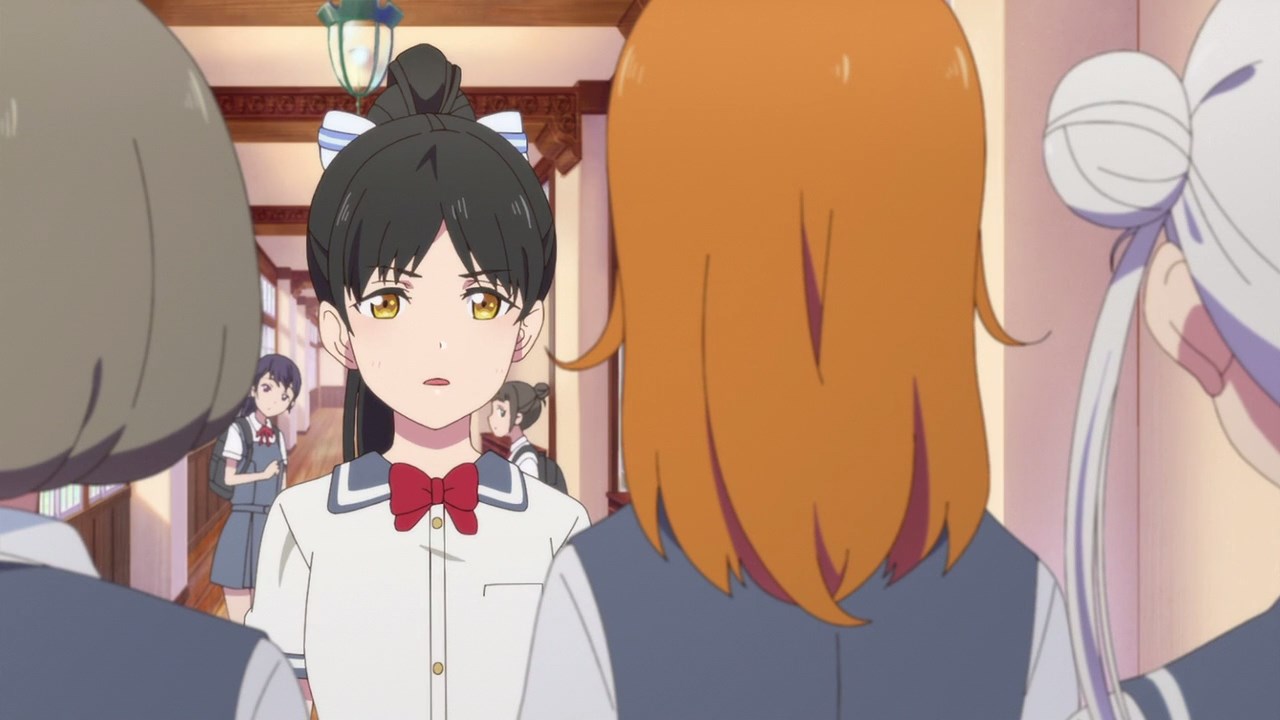 But here’s Ren Hazuki where she still underestimate them. Heck, she even claimed that Kanon and Keke can’t compete in Love Live! if they can’t work hard enough.

You know something, if Yuigaoka Girls’ Academy’s school idol club wants to compete in the Love Live! School Idol competition, they need to find some capable members. 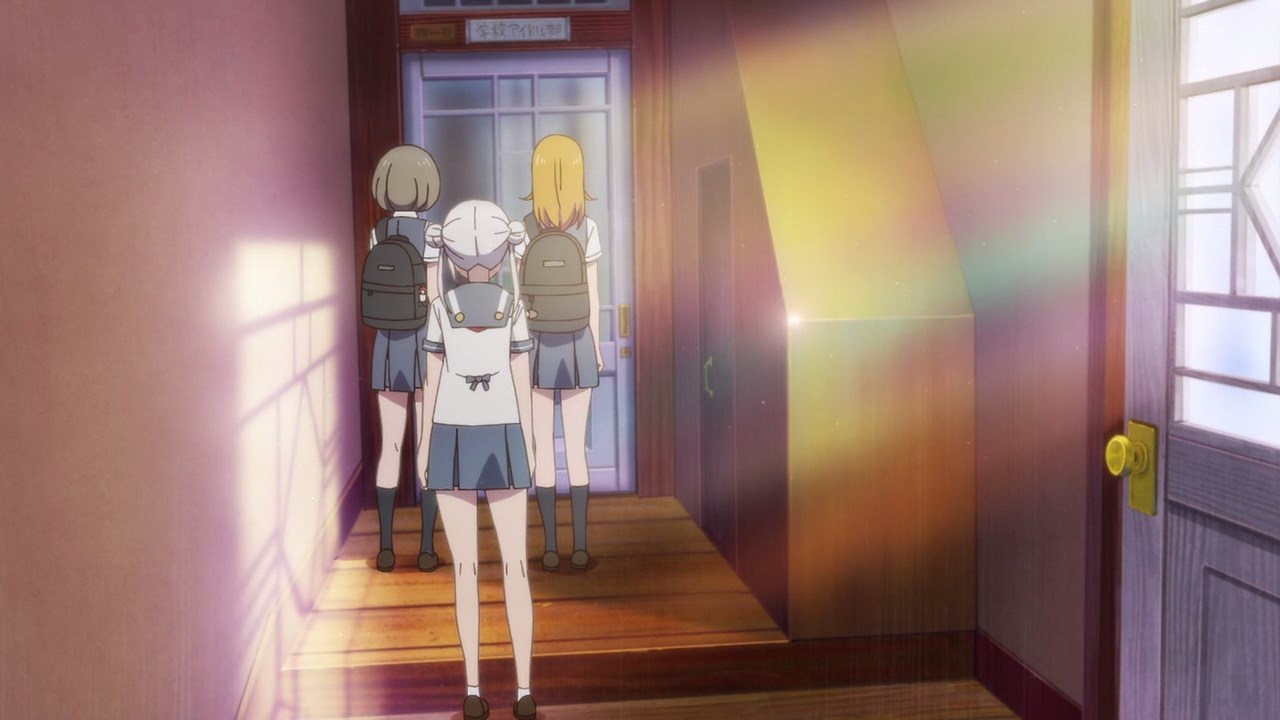 For now, let’s check out their club room where it’s recently refurbished. Still, it’s nice that Kanon Shibuya and Keke Tang got a room to do dance lessons, make costumes, and compose songs. 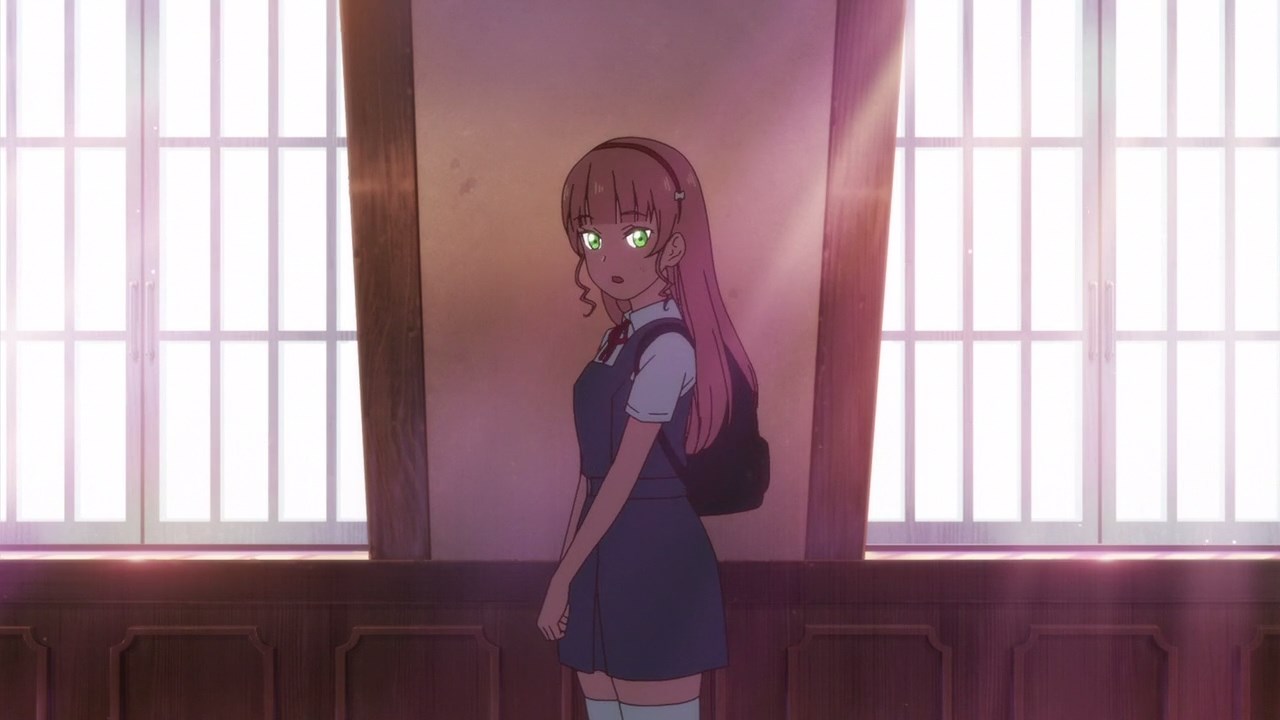 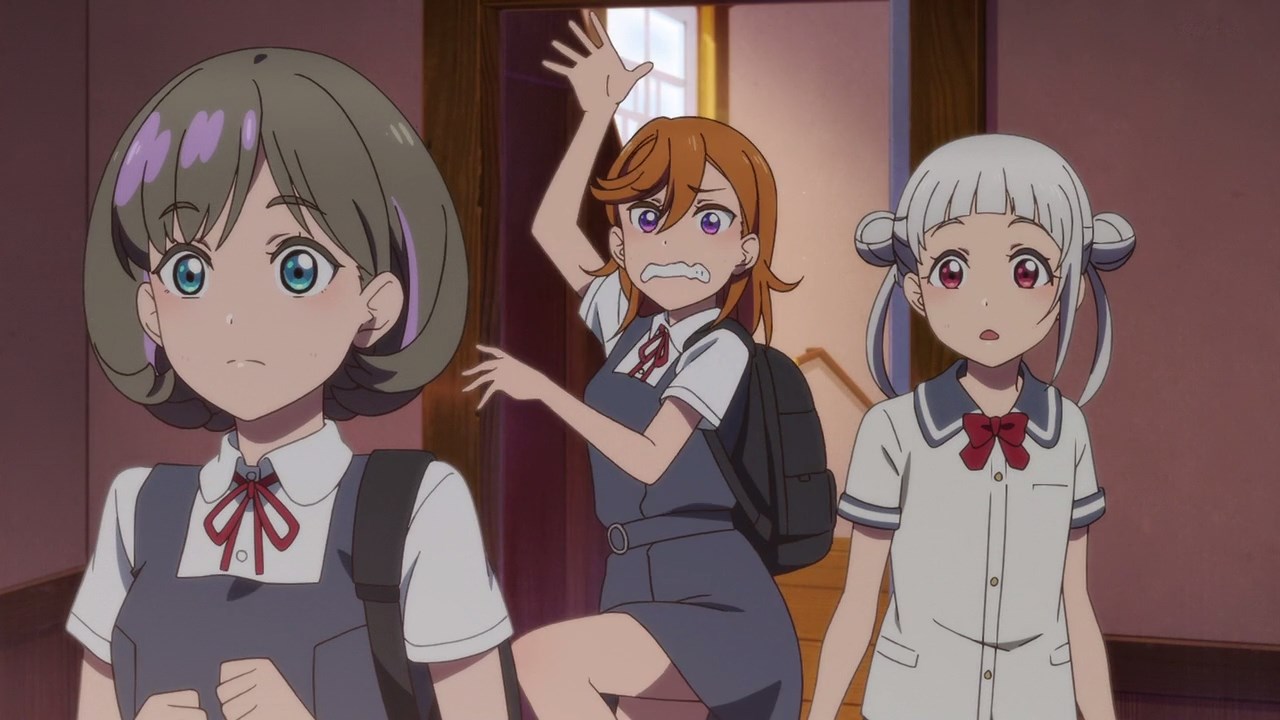 However, there’s this certain girl named Sumire Heanna where she spooked the hell out of Kanon Shibuya. Can’t believe that Kanon is scared of ghosts. 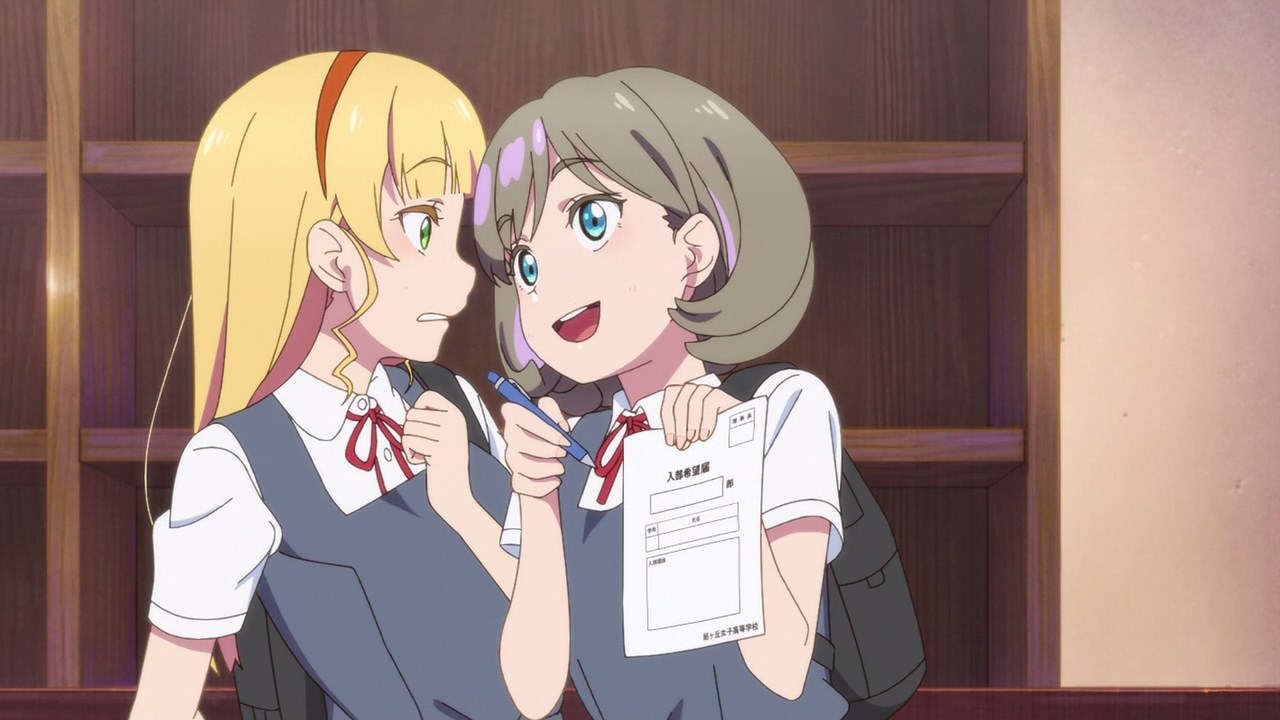 Anyways, here’s Keke Tang where she tries to recruit Heanna to the club, but Sumire refused as she doesn’t want to join with amateurs.

That’s funny because even though she has showbiz experience, Sumire Heanna plays extra characters. 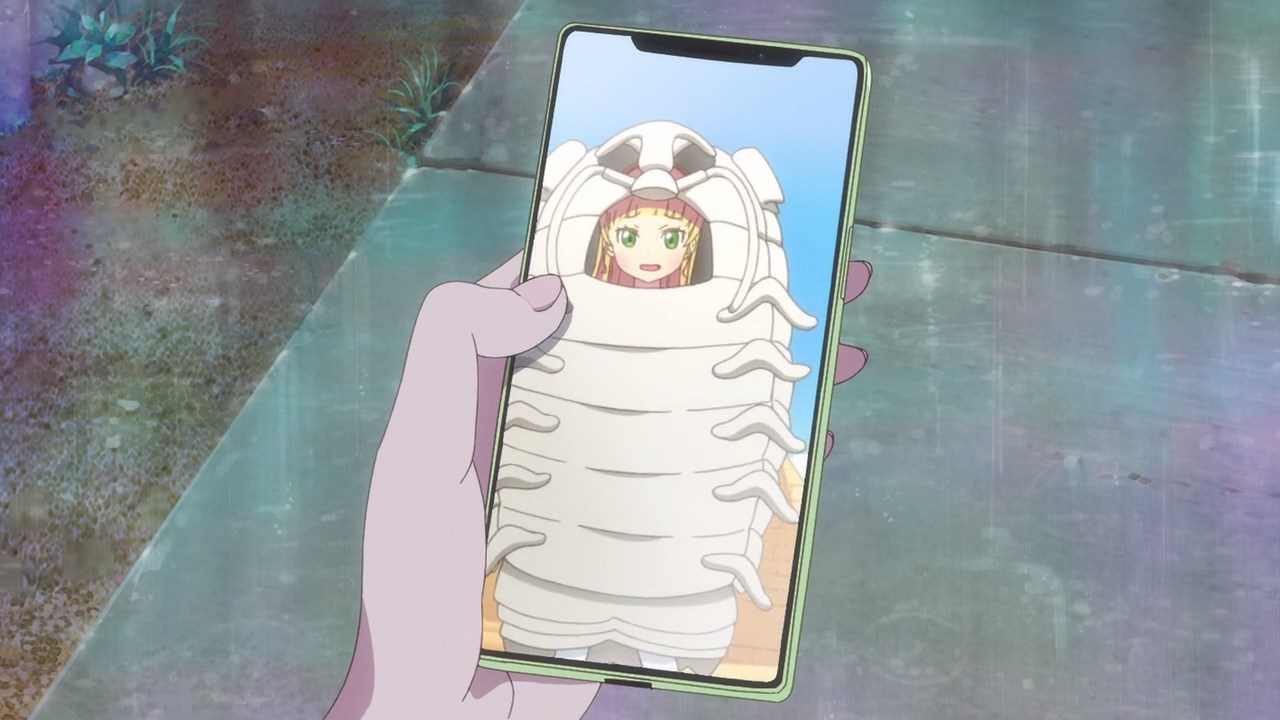 Speaking of extras, here’s Sumire-chan where she plays an insect mascot. Hmm, that reminds me of Roko-chan from Ochikobore Fruit Tart where she’s known as the broccoli girl. 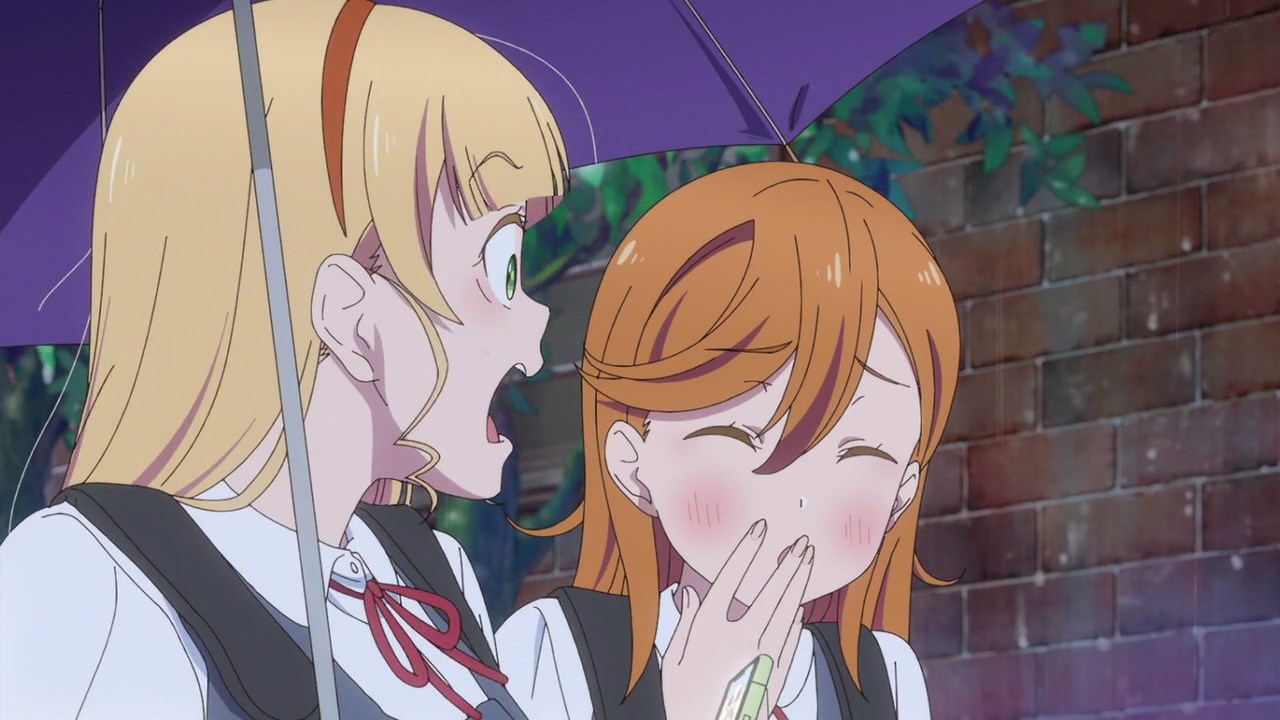 On the other hand, here’s Kanon Shibuya where she saw Sumire Heanna in her goofy costume. Oh boy, I smell some killing intent from Sumire… 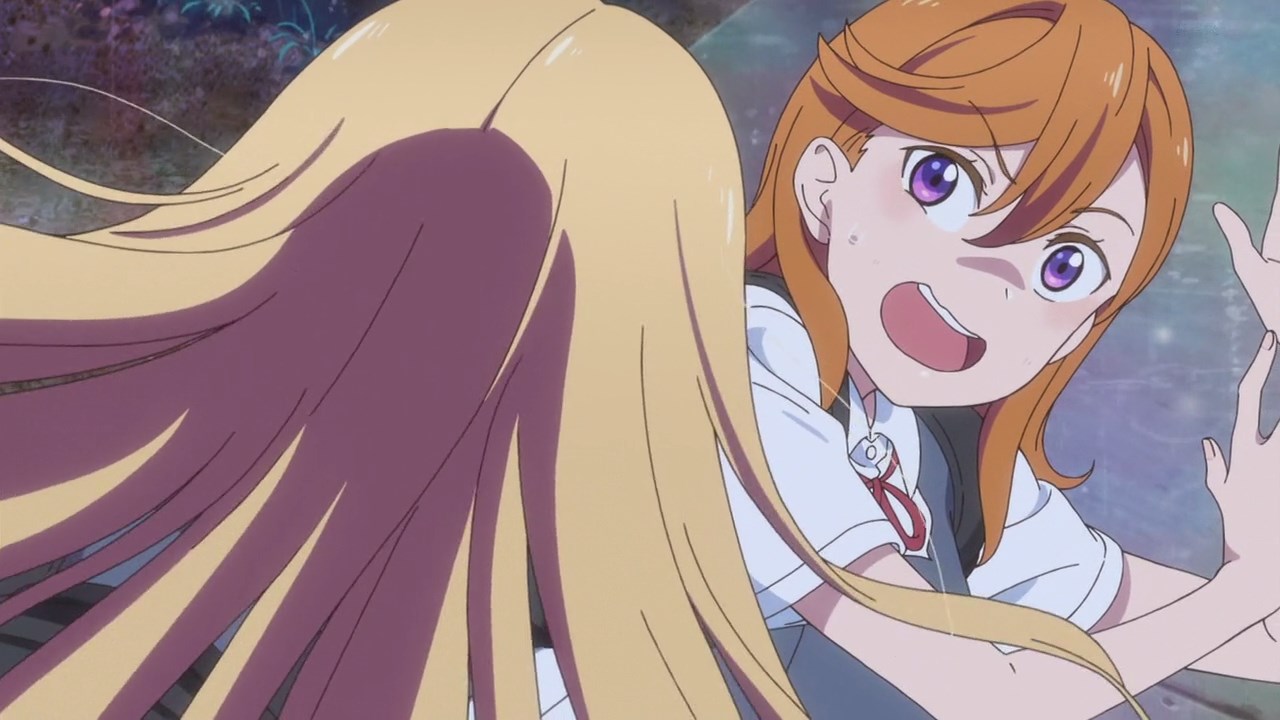 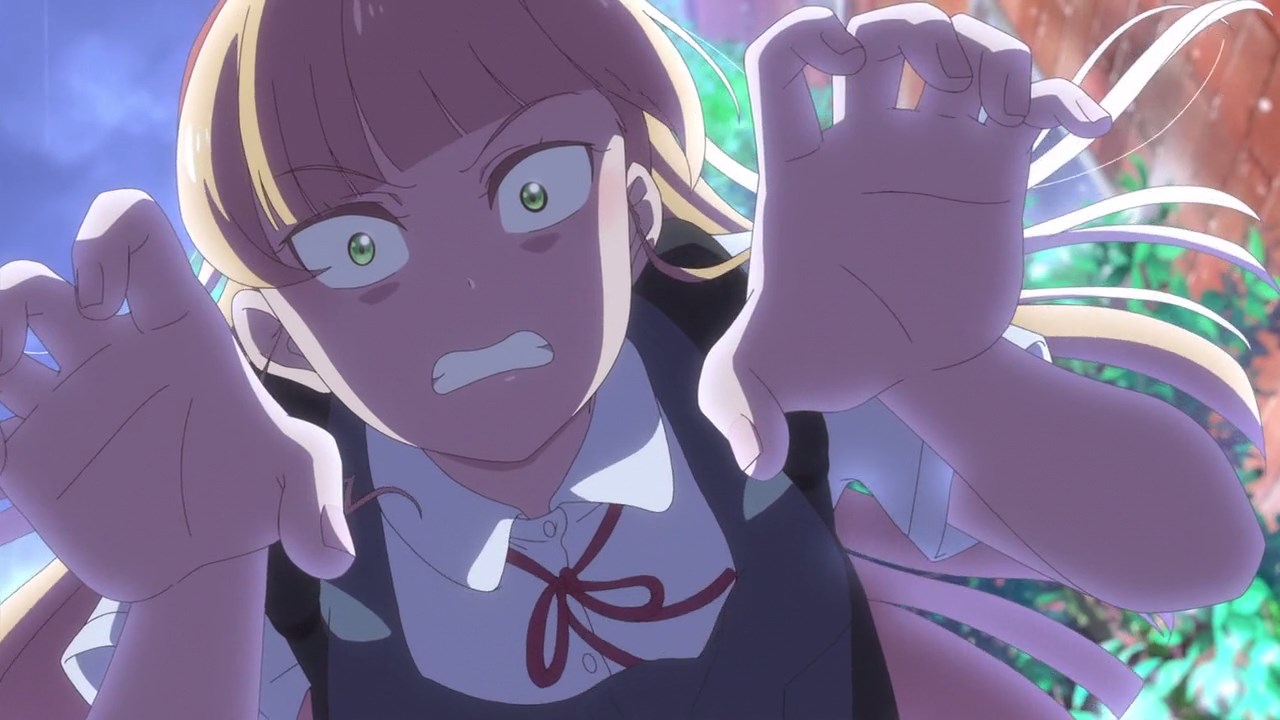 In any case, looks like Heanna will have to eliminate anyone who dared to see her hilarious past. Man, I’m scared that Kanon-chan might die on this episode! 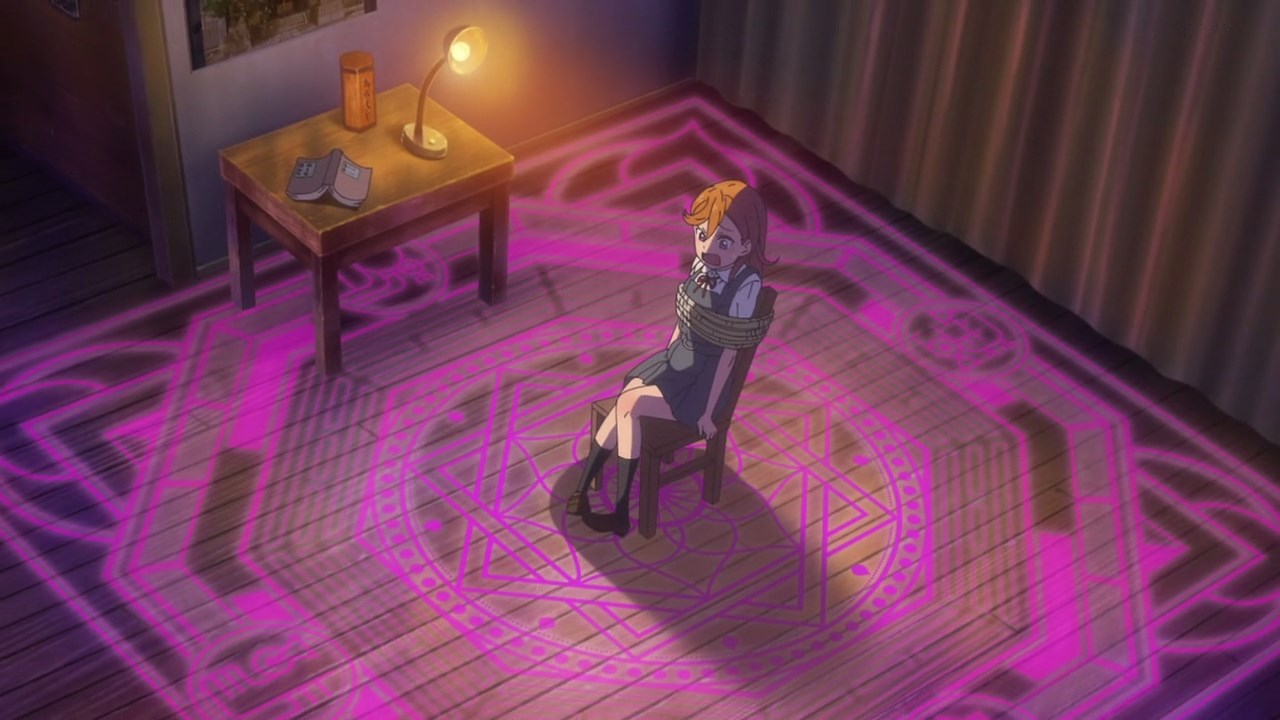 Except that she got captured and tied to a chair. Oh, and it looks like there’s a magic circle underneath in which that reminds me of Yoshi- I mean, Yohane. 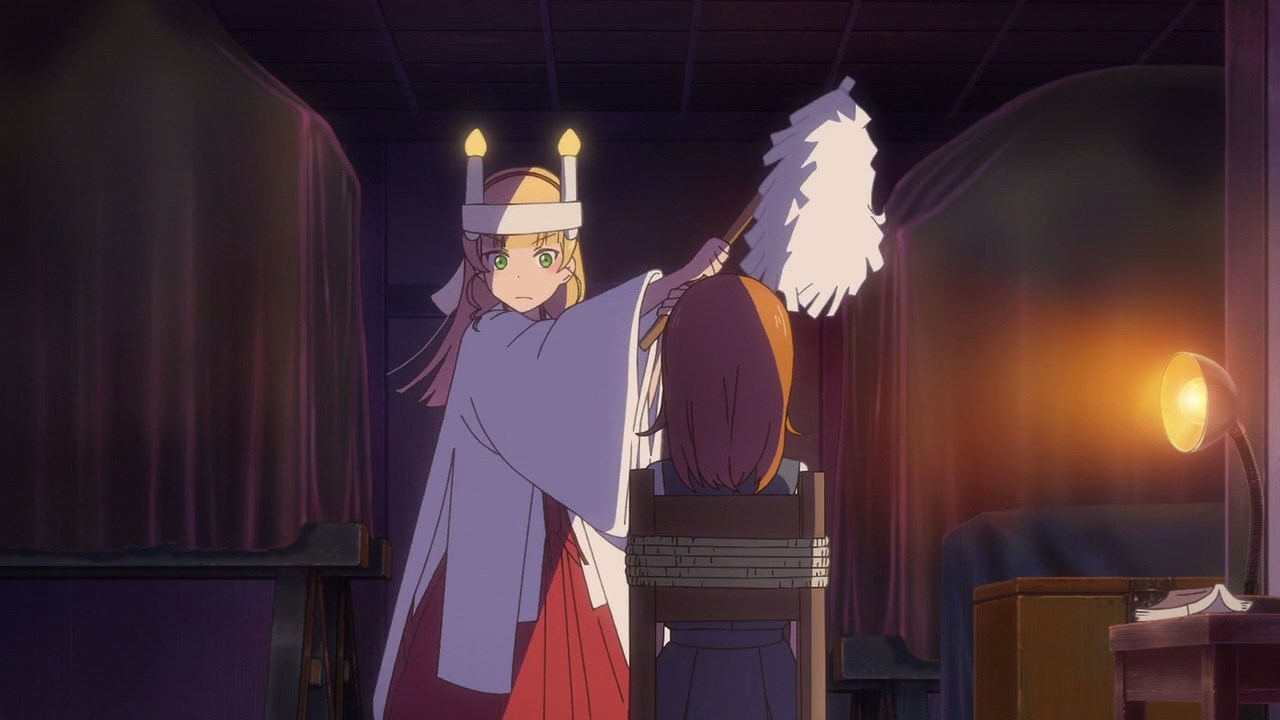 But here’s Sumire Heanna where she’s about to cast a spell that would forget Kanon’s memories. Then again, this shrine maiden doesn’t have any magic powers.

With that said, Kanon won’t tell anybody regarding Sumire’s secret. Still, it’s bad that Heanna would kidnap Shibuya over something that’s hilariously trivial. 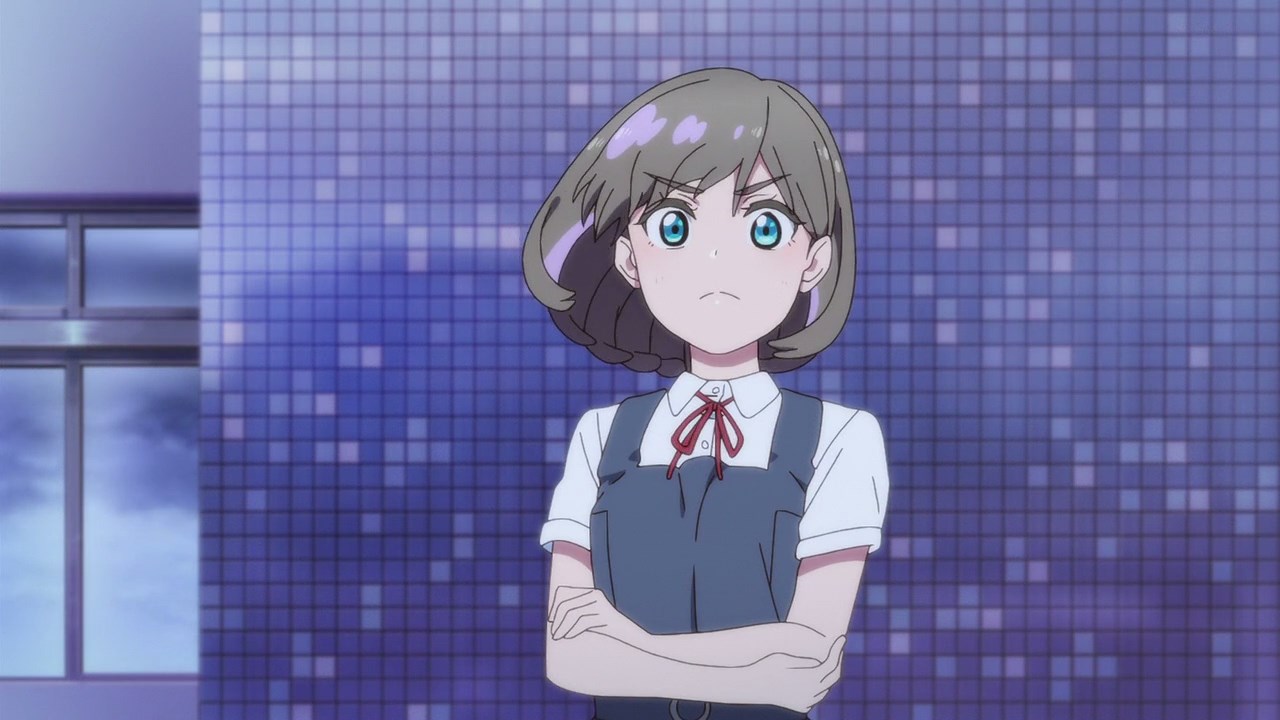 Meanwhile, here’s Keke Tang where she’s mad at Sumire for kidnapping Kanon as well as refusing to join the school idol club. 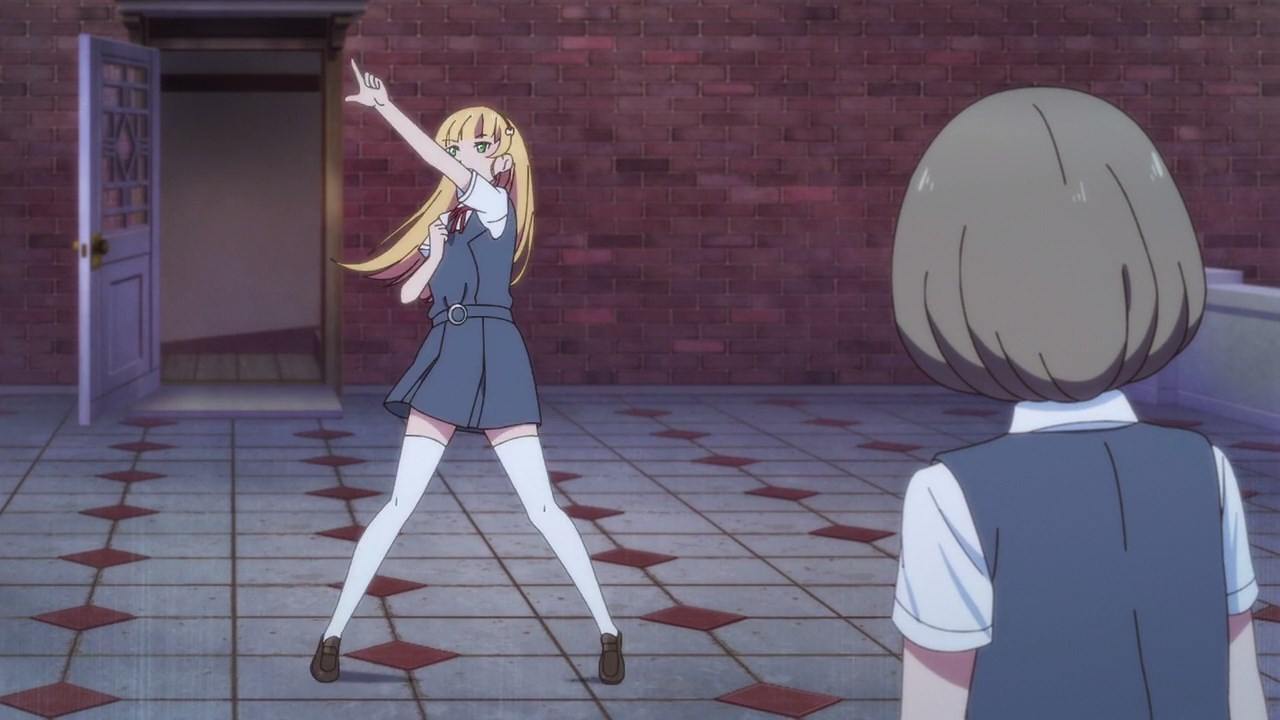 However, Sumire decides to show off her dance skills to Keke and leave the rooftop. Man, is she trying to piss Keke off?

Oh yeah, seems that the school idol club can’t use the rooftop right now ’cause it’s about to rain soon. 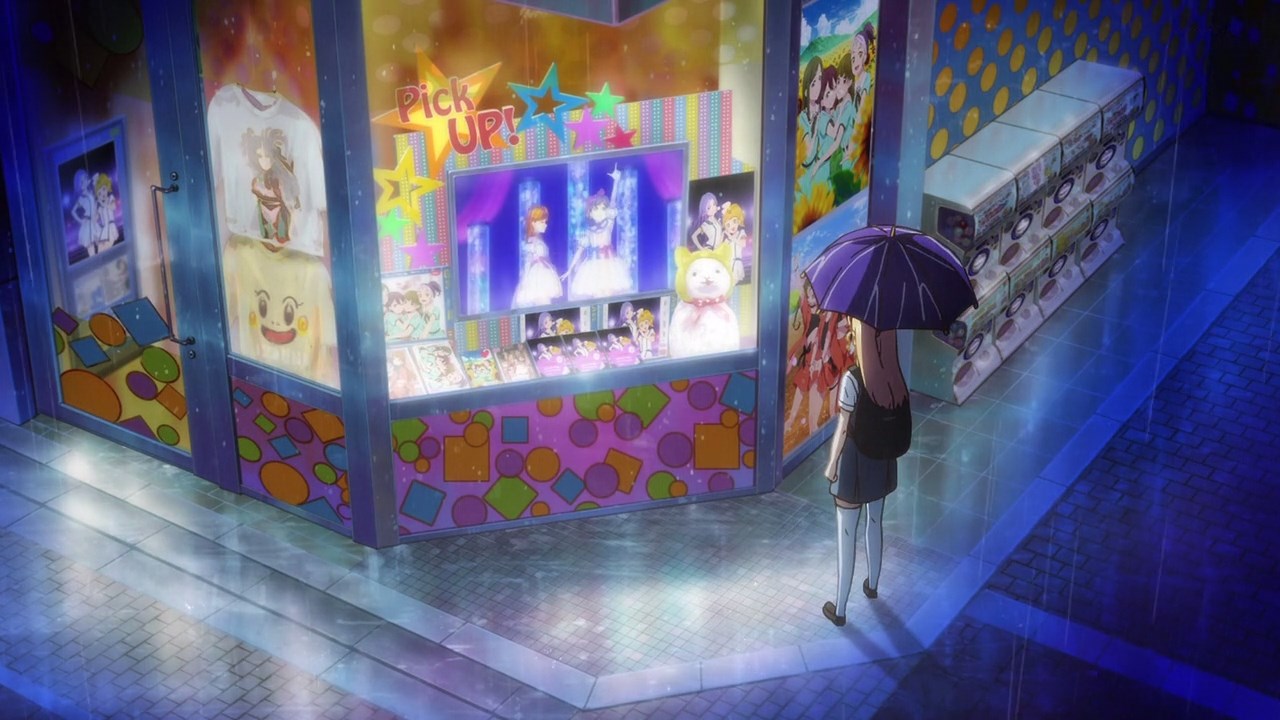 But let’s return to Sumire Heanna where she watched the idol performance of Kanon Shibuya and Keke Tang. Looks amazing, but I wish Sumire would join them. 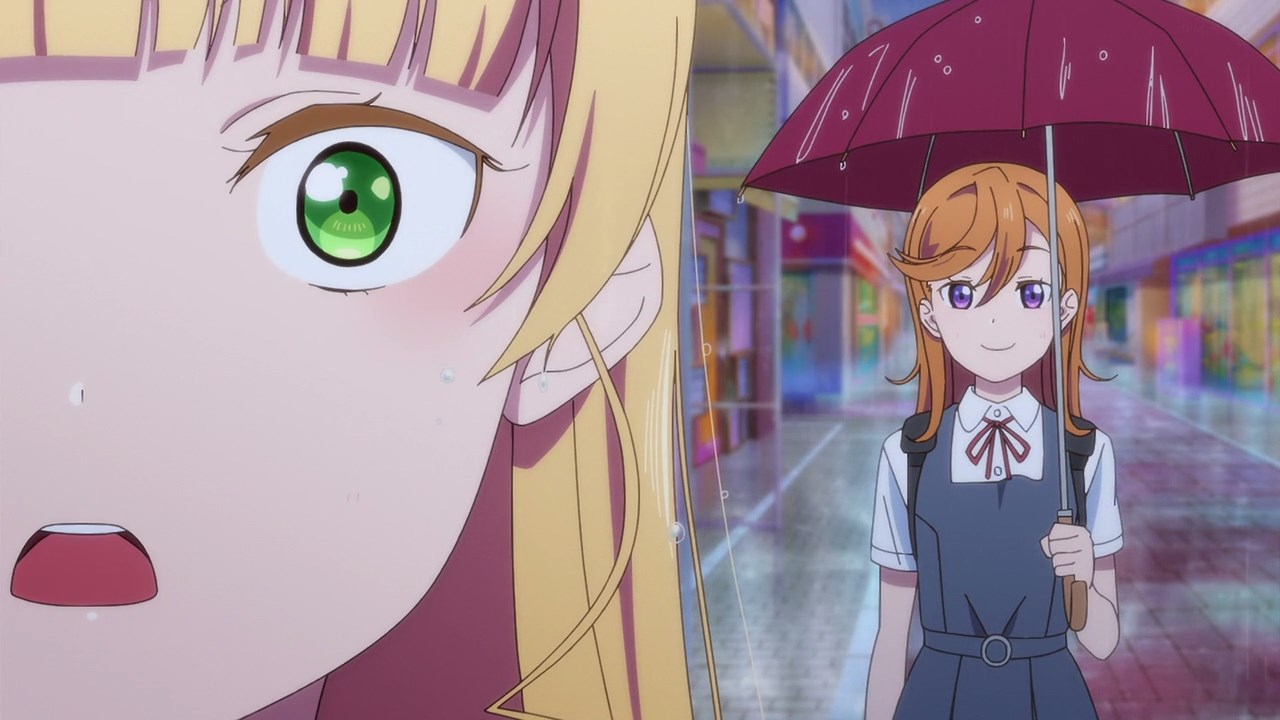 However, there’s still hope as Kanon Shibuya decides to scout Sumire into her club. Um Kanon, are you gonna get mad at Sumire for tying you up to a chair? 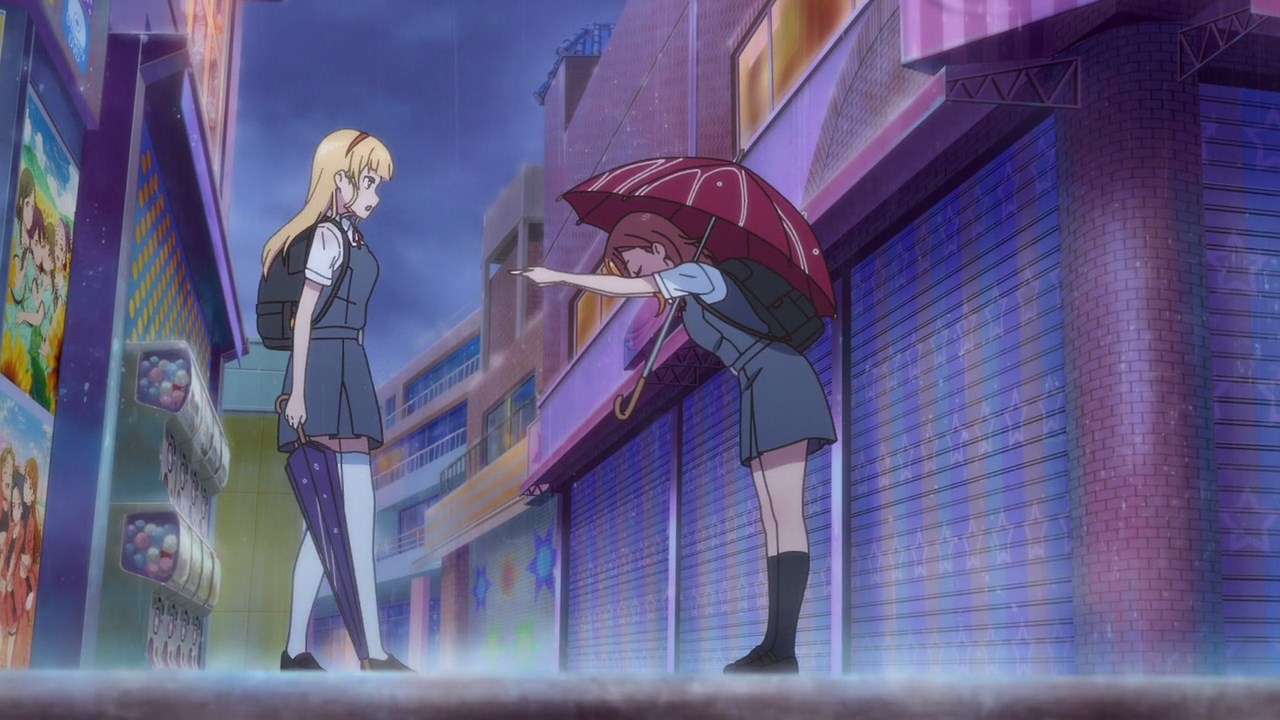 Regardless, Kanon finally recruited Sumire to the school idol club. Oh yeah, if she wants to become the star of the show, Sumire will have to fight for that spot. 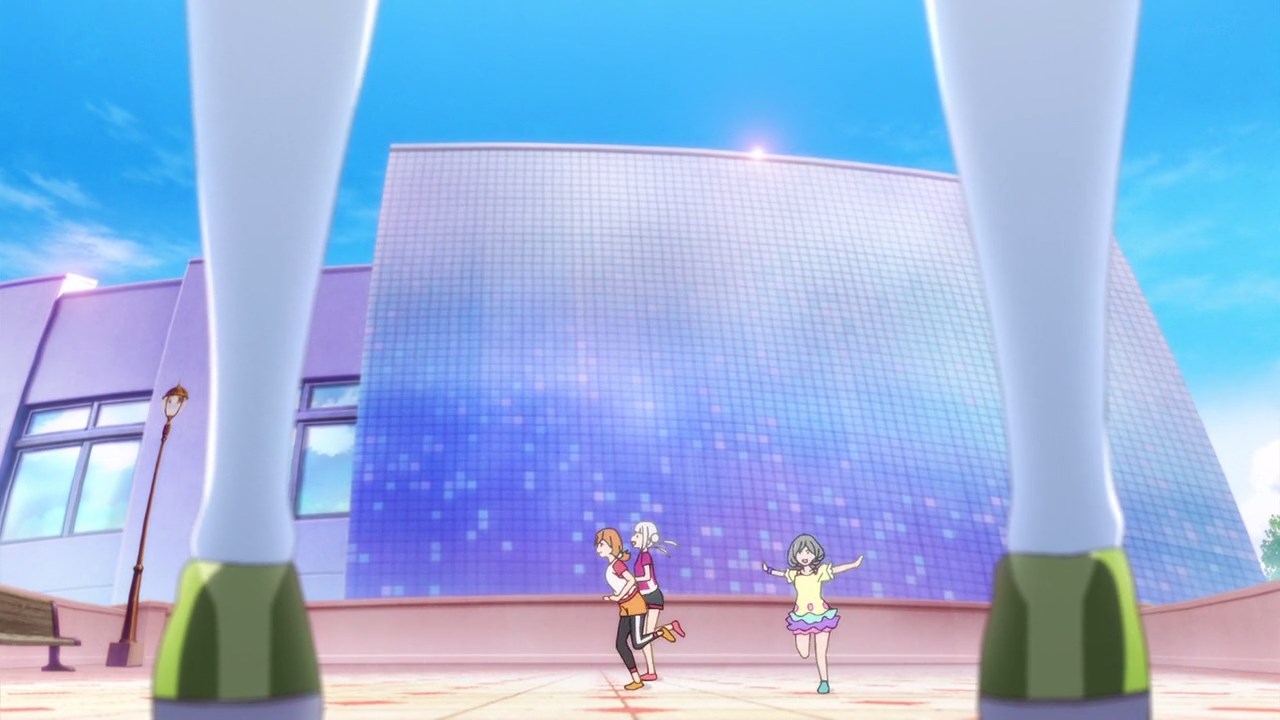 One last thing, looks like the rain has stopped as the members of Yuigaoka Girls’ Academy’s school idol club can finally dance and sing.

Of course, there’s Chisato Arashi where she’s still not a member… unless Chisato secretly joined the club already. 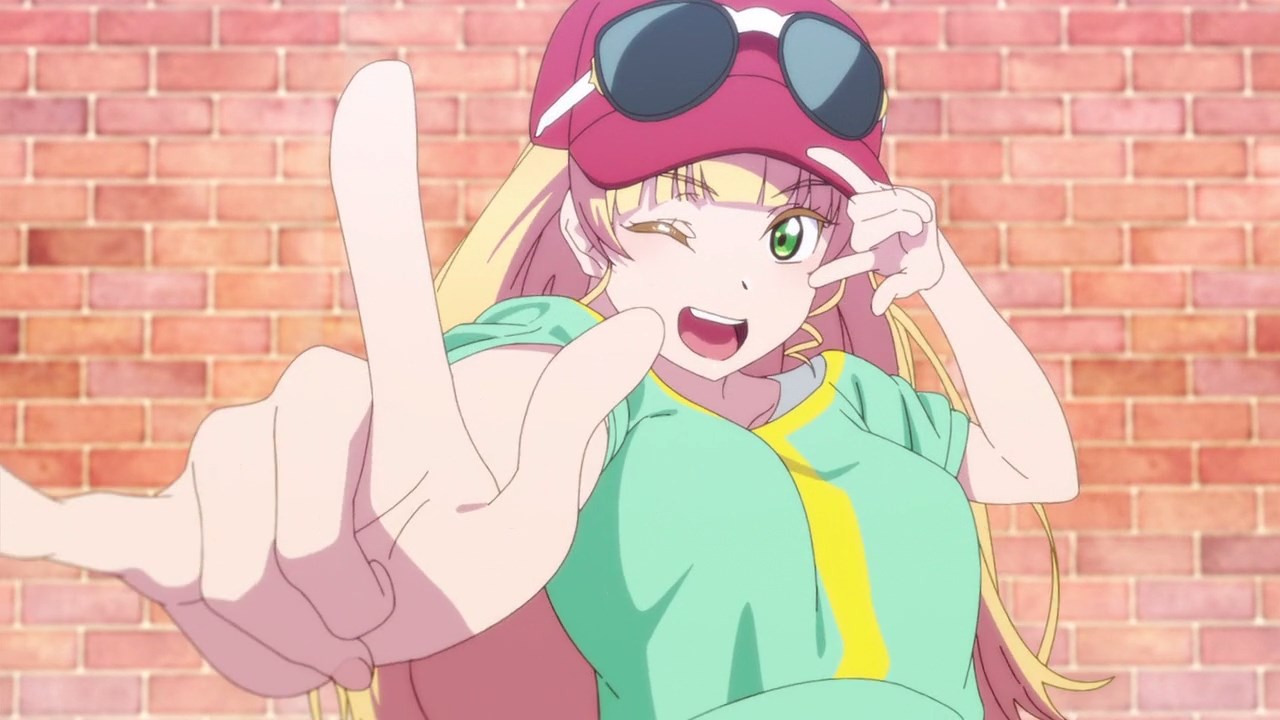 And here’s Sumire Heanna where she shows her galaxy pose. Let’s hope that Sumire can shine brighter as a school idol!

But that’s the end of this episode and I have to say that Kanon and Keke’s school idol journey continues now that they have a place to stay. Oh yeah, and it gets even better with the addition of Sumire-chan, but that’s not enough to take the club to Love Live!

With that said, I’ll see you next time where they’ll have a training camp.