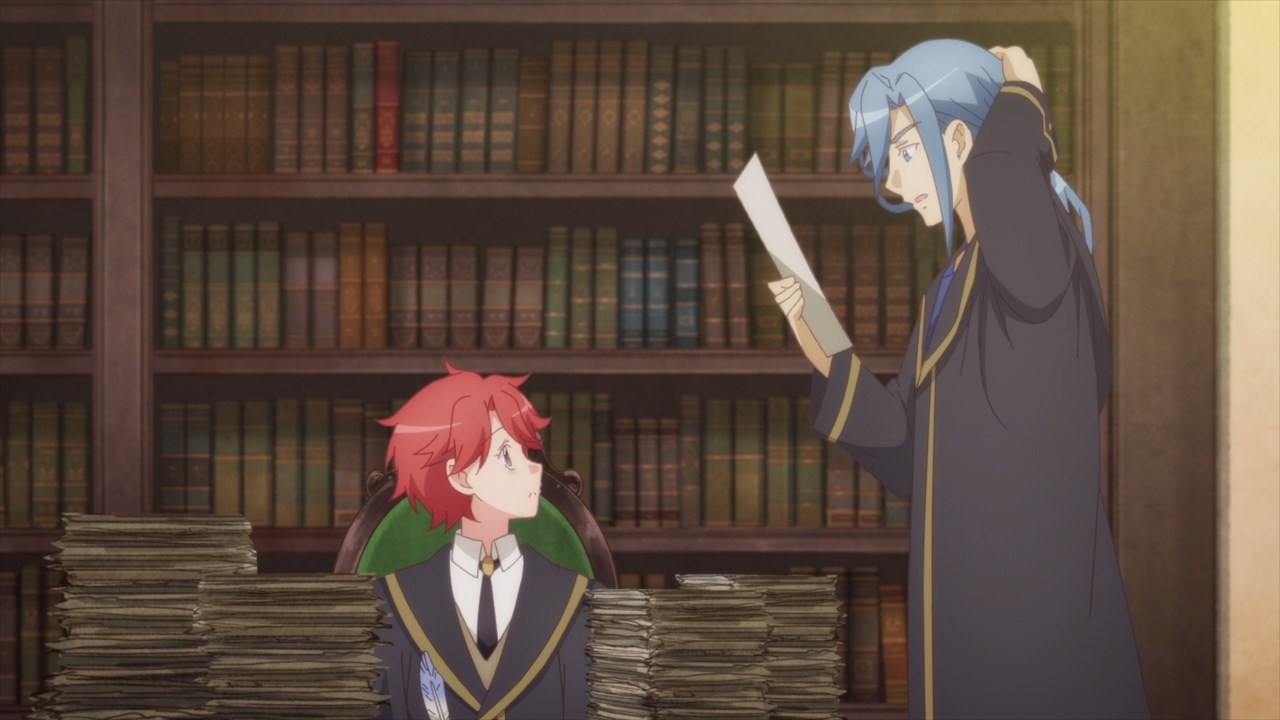 Oh look, it’s Rufus (or Sora) where he’s now working at the Department of Magic. Well, it’s better than getting locked-up in prison and it’s nice that Sora is working with Raphael Walt, another criminal who’s now atoning his sins. 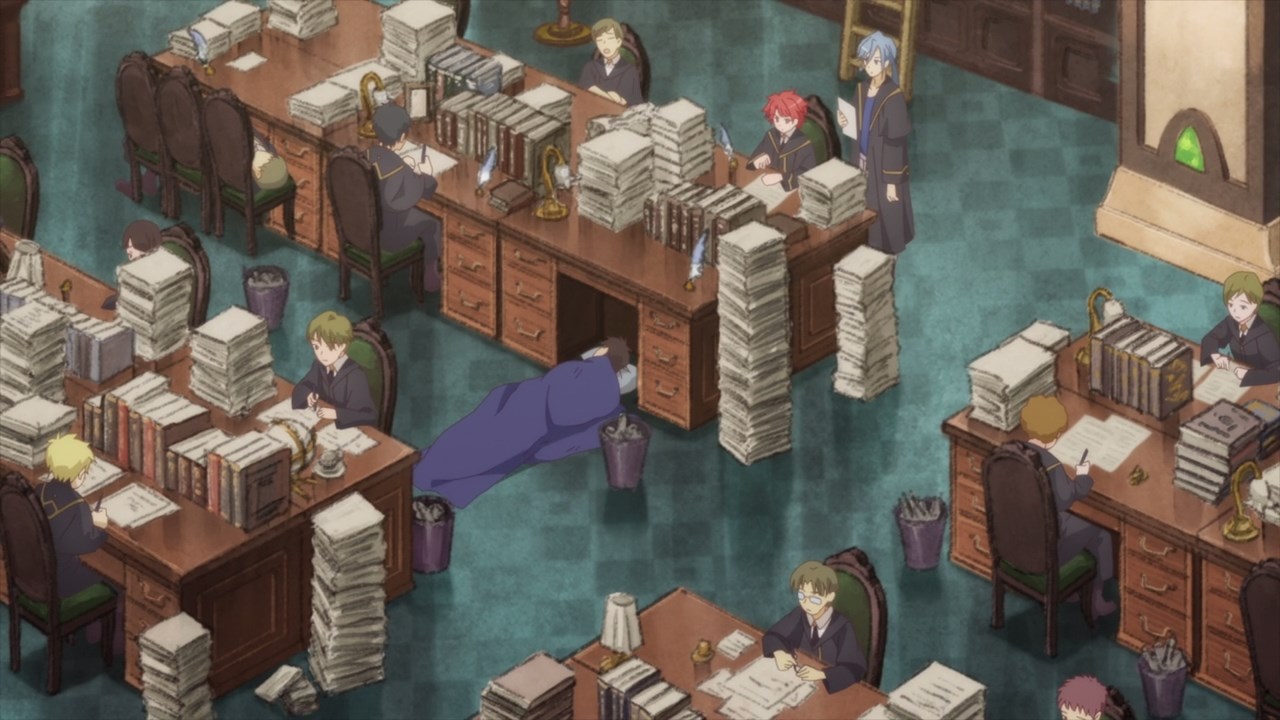 Then again, it appears that Sora’s work environment is very grueling to the point that it’s a sweatshop. Okay, where’s the boss of this division? 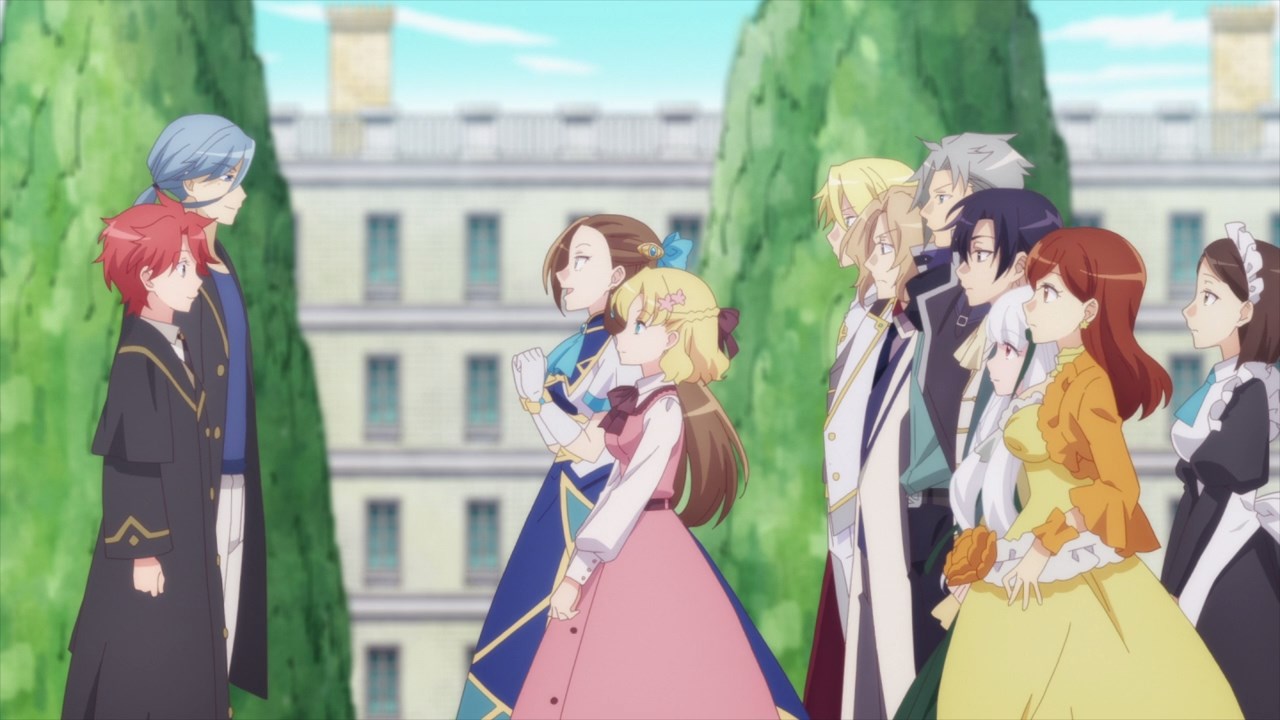 Anyways, here’s Catarina Claes and her friends as they visit the Department of Magic and meet both Sora and Raphael. However, there’s a tense atmosphere emitting from Geordo Stuart and the rest. 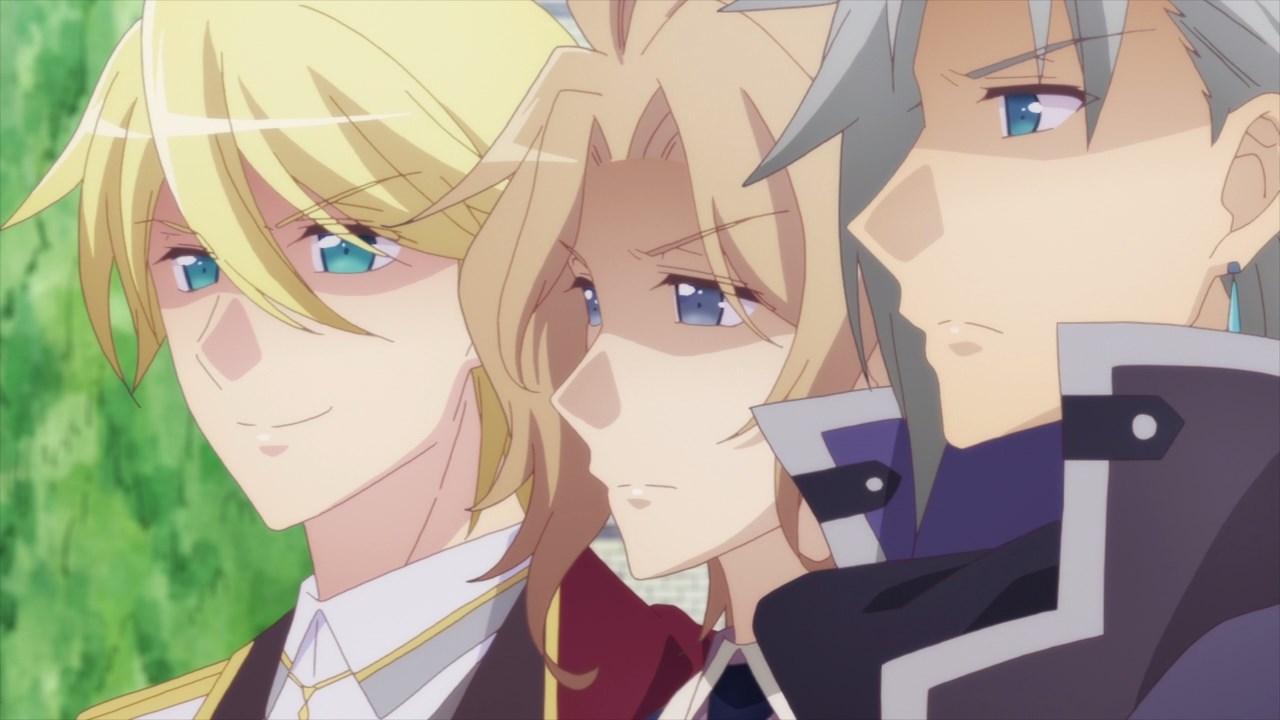 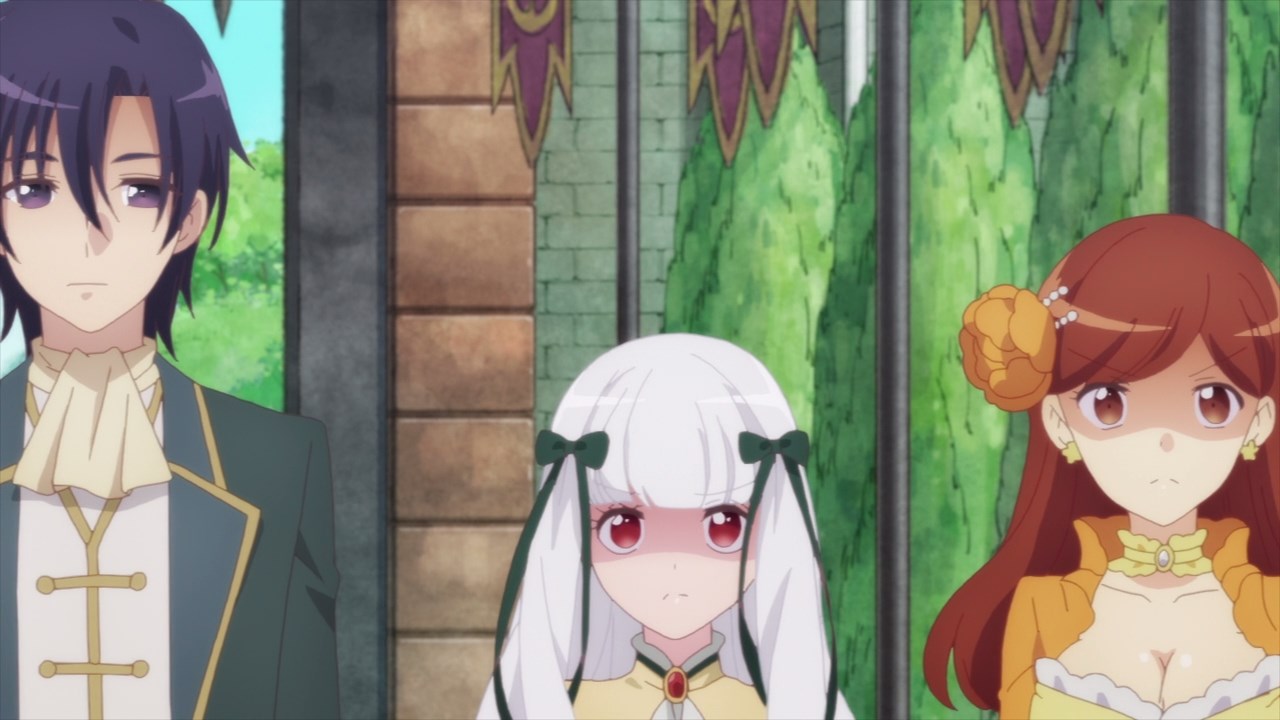 And speaking of Catarina’s harem, they really look at Sora (or Rufus) with contempt after he almost rape the villainess. Oh yeah, both Nicol Ascart and Maria Campbell didn’t have any ill reaction towards the former butler. 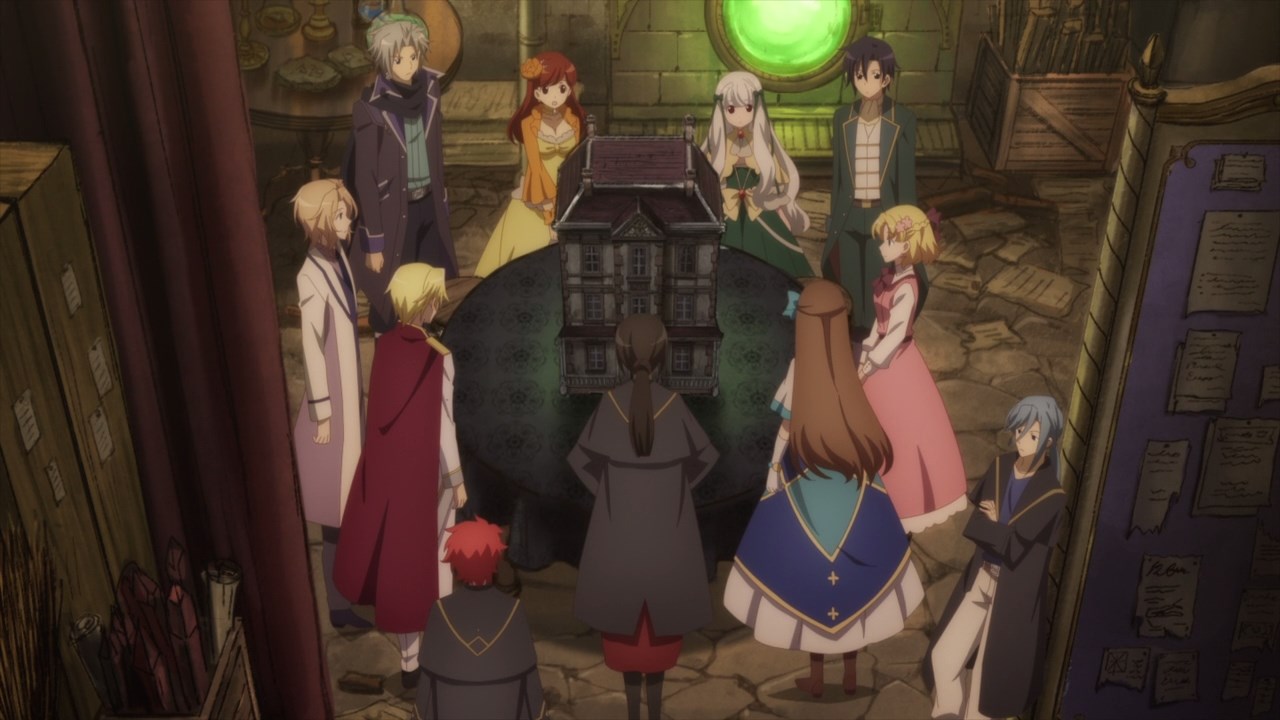 Anyways, here’s Larna Smith or should I say Suzanna Randall as the mistress of disguise shows a peculiar dollhouse where it says that sucks everyone into an eternal dream. Wow, that sounds dangerous. 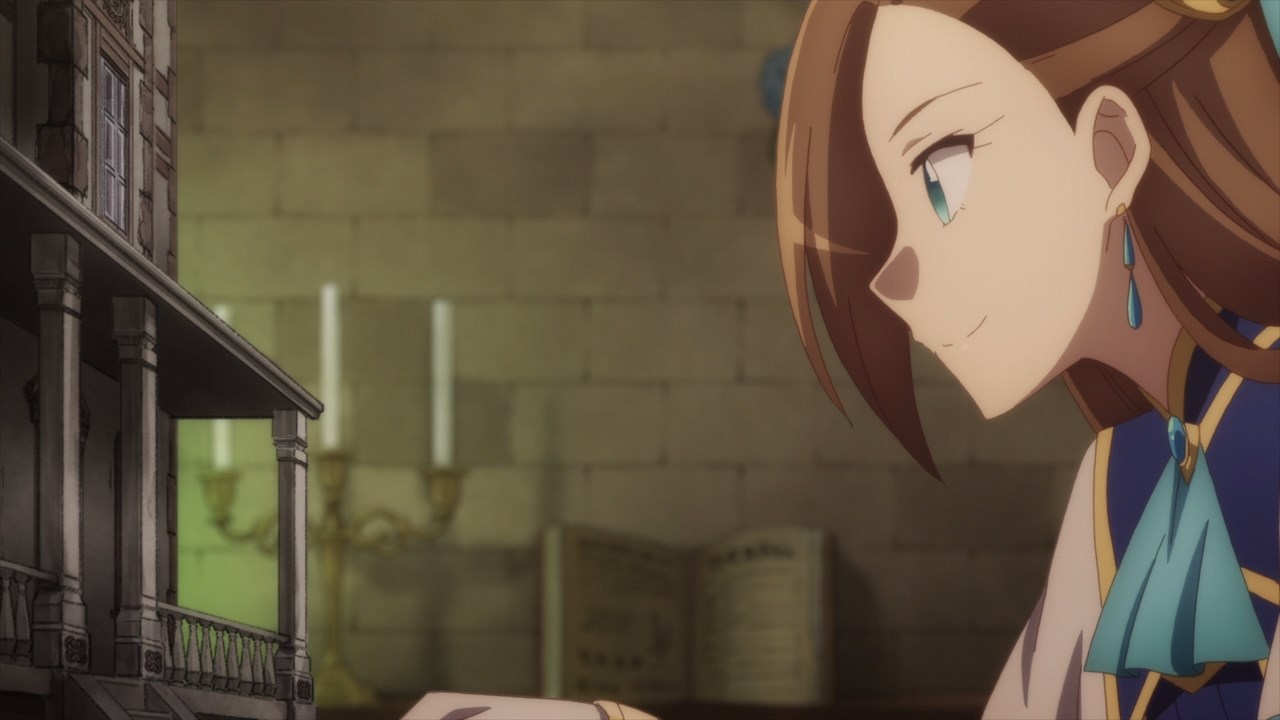 However, you have Bakarina where her curiosity towards the dollhouse has put herself and her harem into harm’s way as Catarina opens the door. 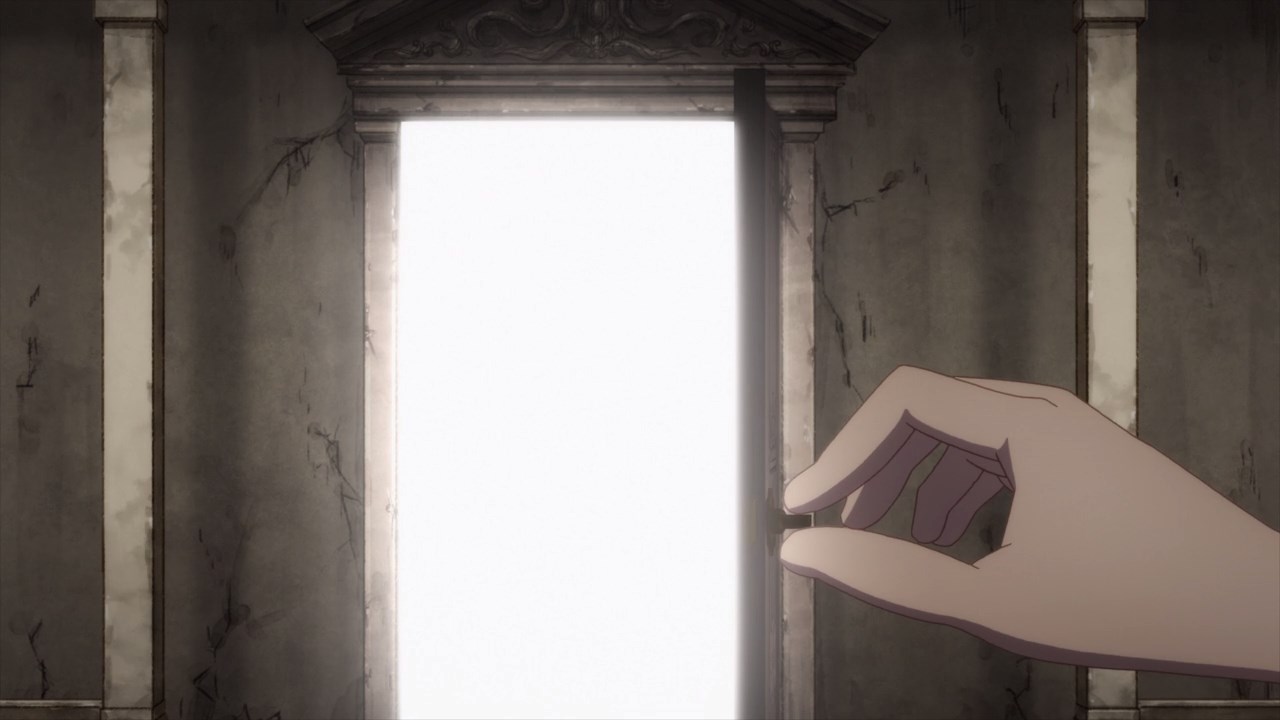 And lo and behold, Catarina and her friends got sucked into the dollhouse where they’ll live to their deepest desires. 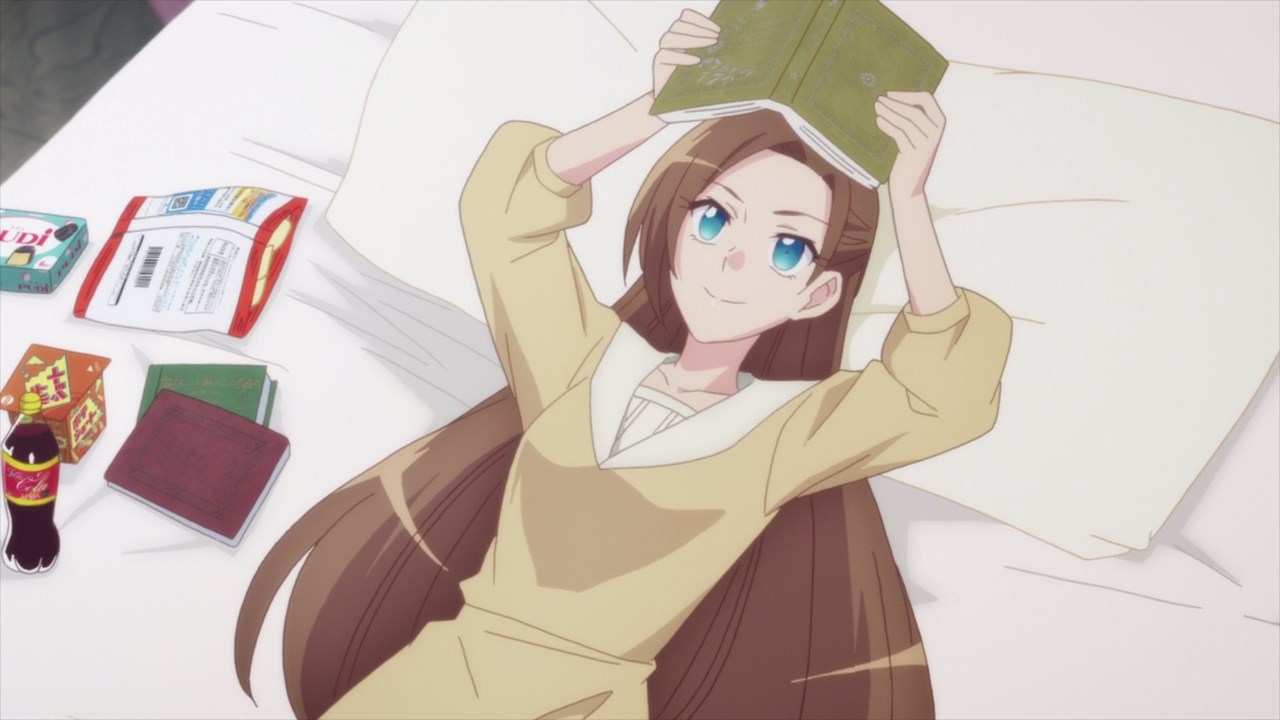 For example, we have Catarina Claes where she just laze around all day. Okay, that’s boring but Bakarina can’t stay inside the dollhouse forever. 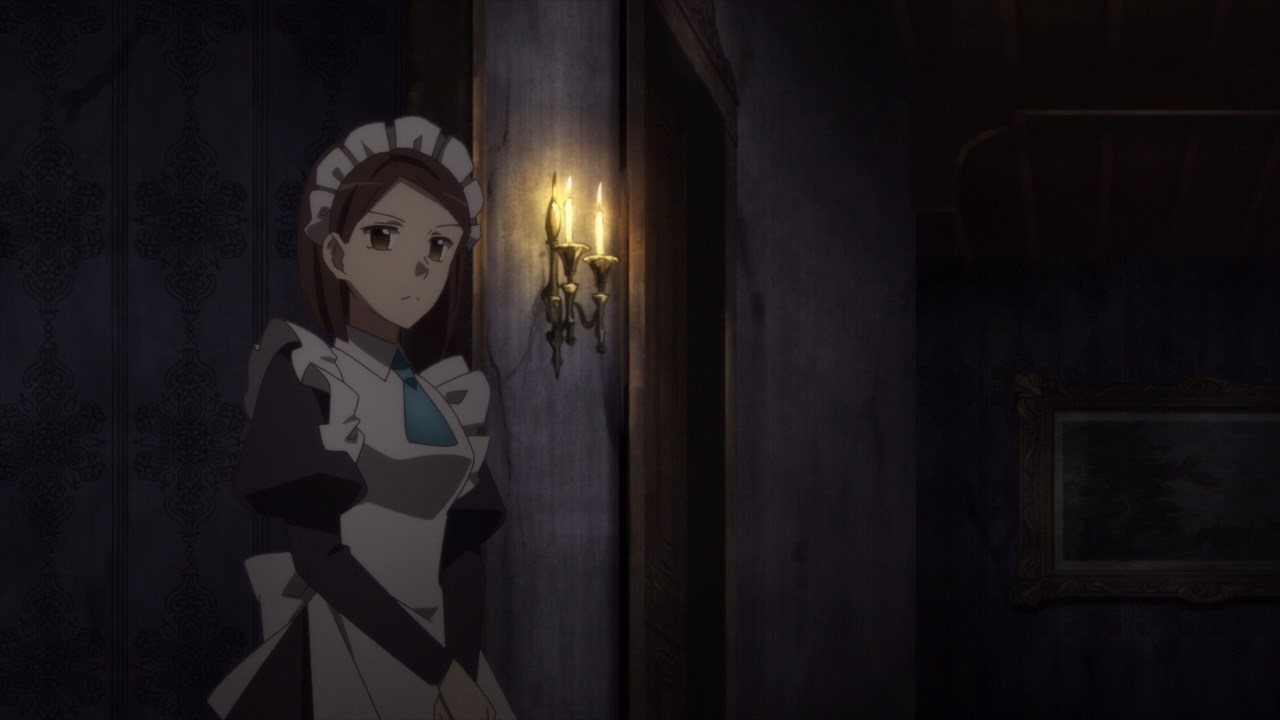 Meanwhile, here’s Catarina’s trusty maid Anne Shelly where she went inside the dollhouse together with Raphael Walt. Let’s hope that Anne can rescue the villainess and her harem before they’re trapped forever. 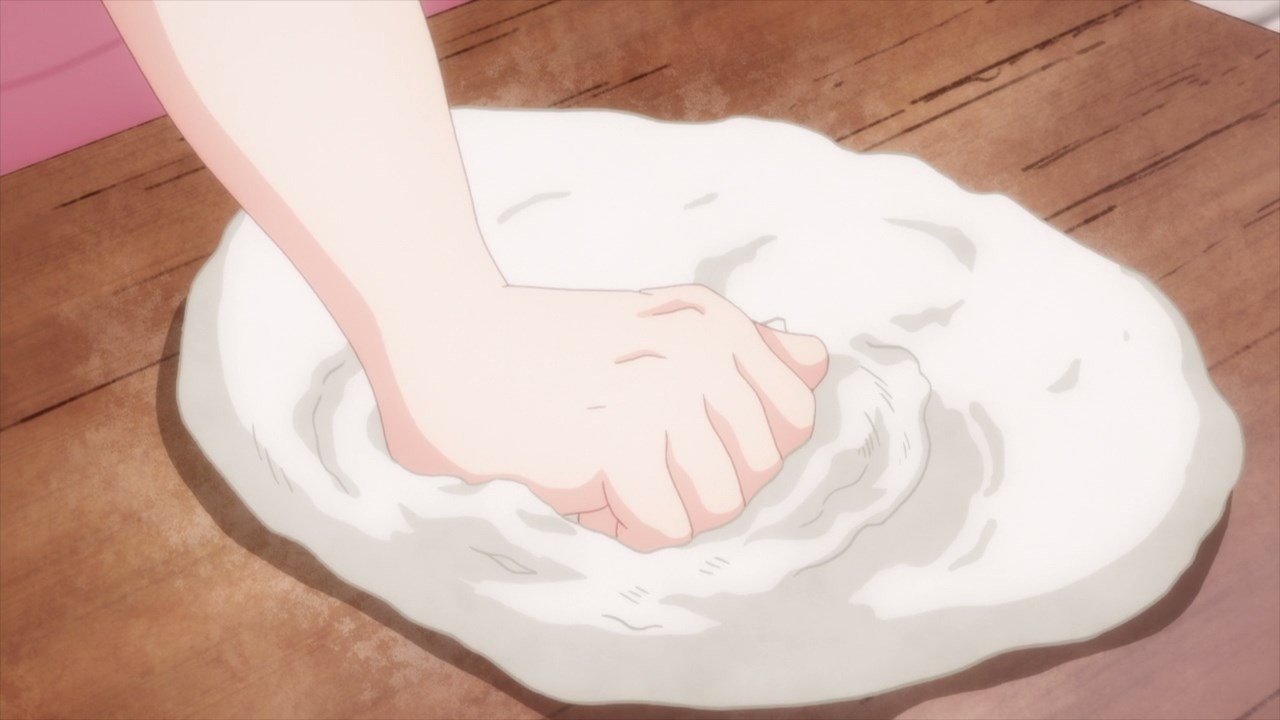 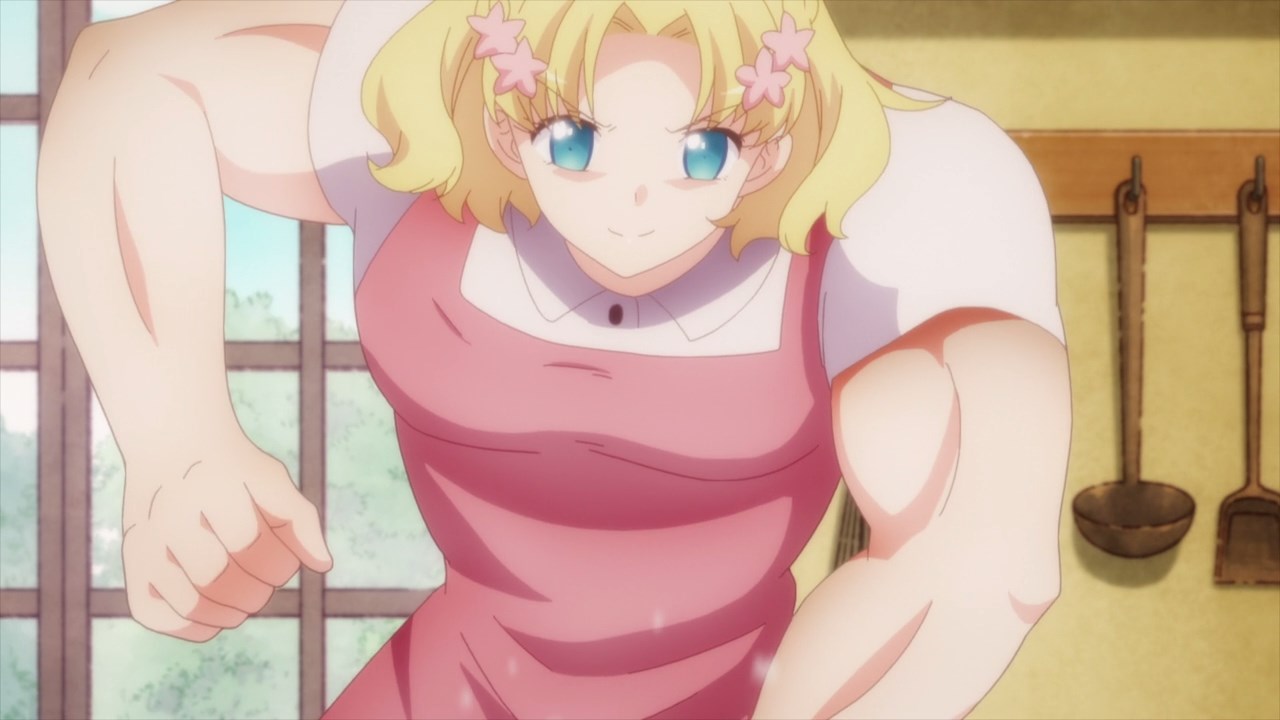 But first, let’s check some of the dreams from Catarina’s friends starting with Maria Campbell where she’s swole as hell upon pounding that bread dough. Man, I can imagine Maria choking Catarina to death in Fortune Lover. 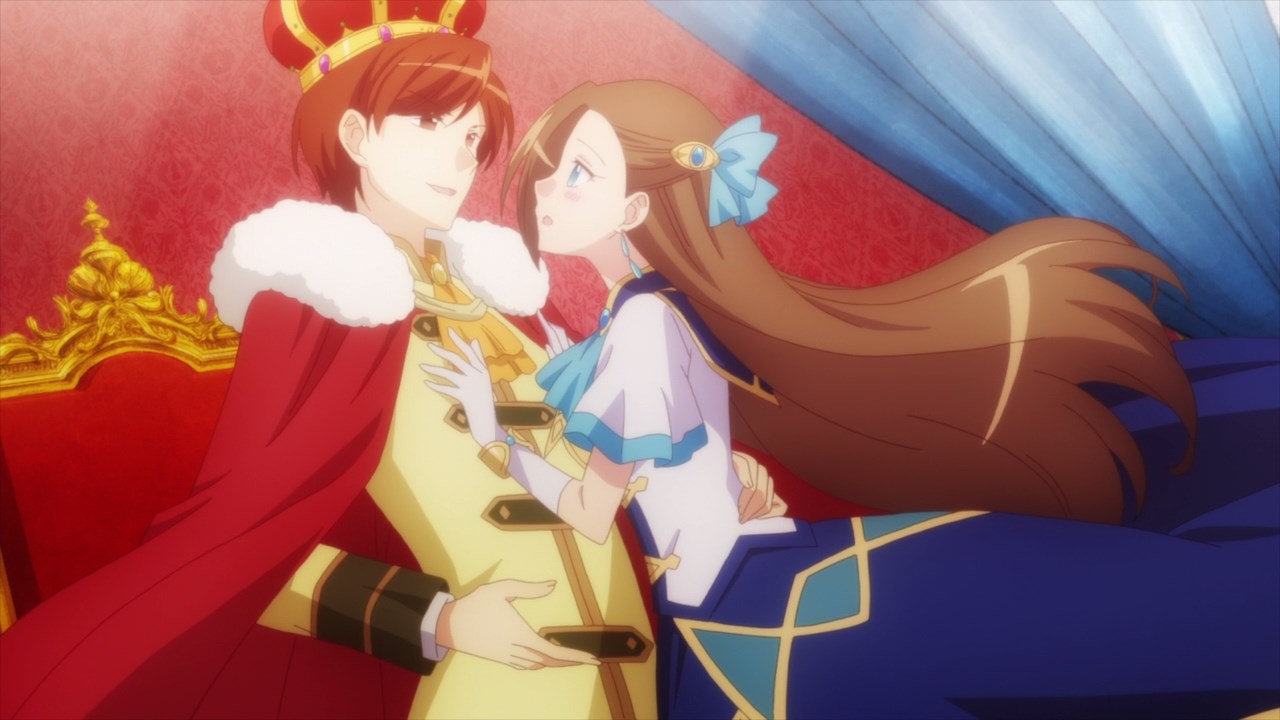 Next up is this dream is which Catarina Claes was taken away by some crown prince.

Wait a minute, isn’t that Mary Hunt acting as the prince? Man, this is one scary dream from Mary! 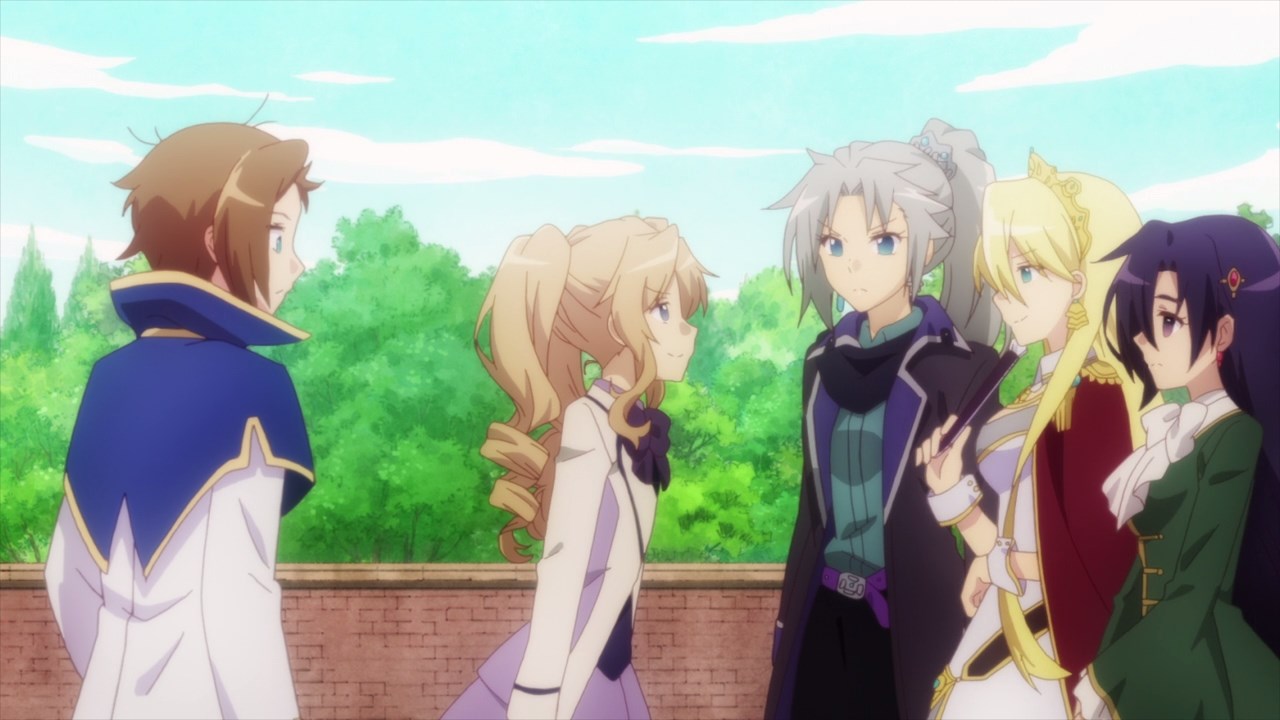 One last thing, I guess this one happened to be Keith’s dream in which he becomes the little sister to a gender-bent Catarina.

For some reason, I think Keith is treated as the main character of his own dream. 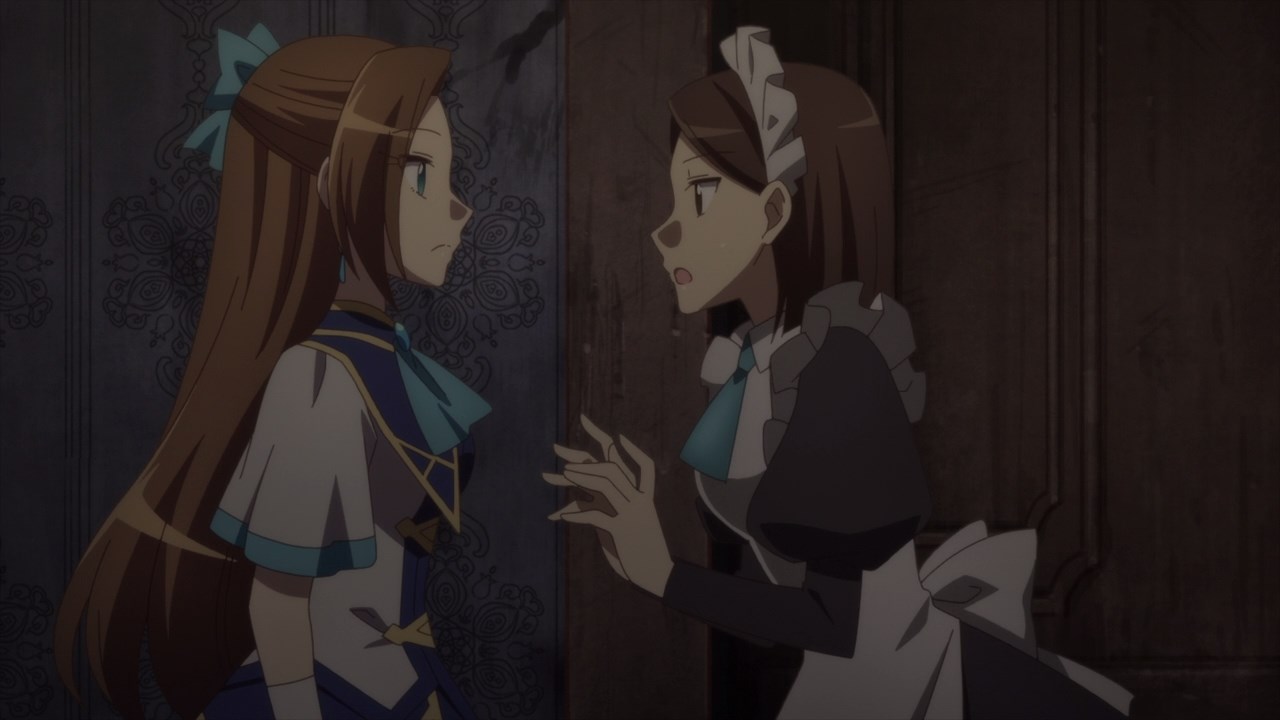 With that said, looks like Anne Shelley managed to find Catarina Claes inside the dollhouse.

Of course, they can’t get out right away as Catarina and her maid must find the doll which holds the key on getting out of the dollhouse. 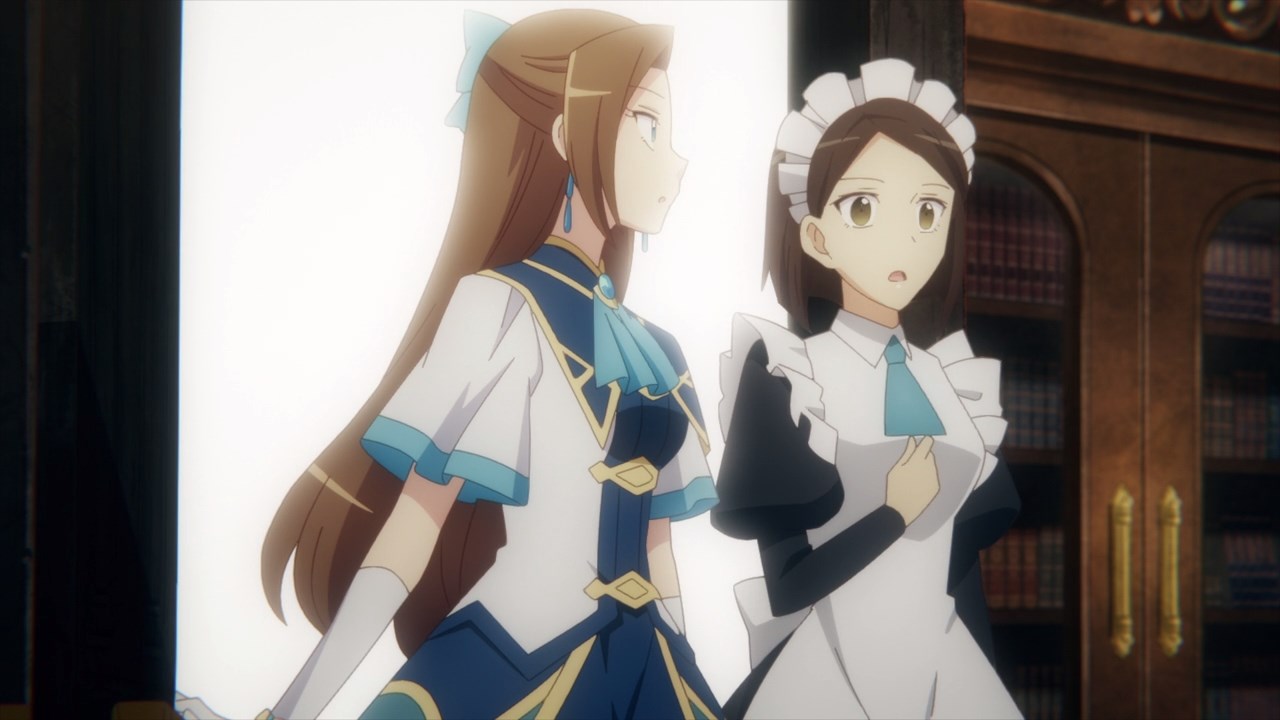 But first, they need to reunite with Raphael Walt as the villainess and her maid went to this room, only to find out that they’re pretty much too late. 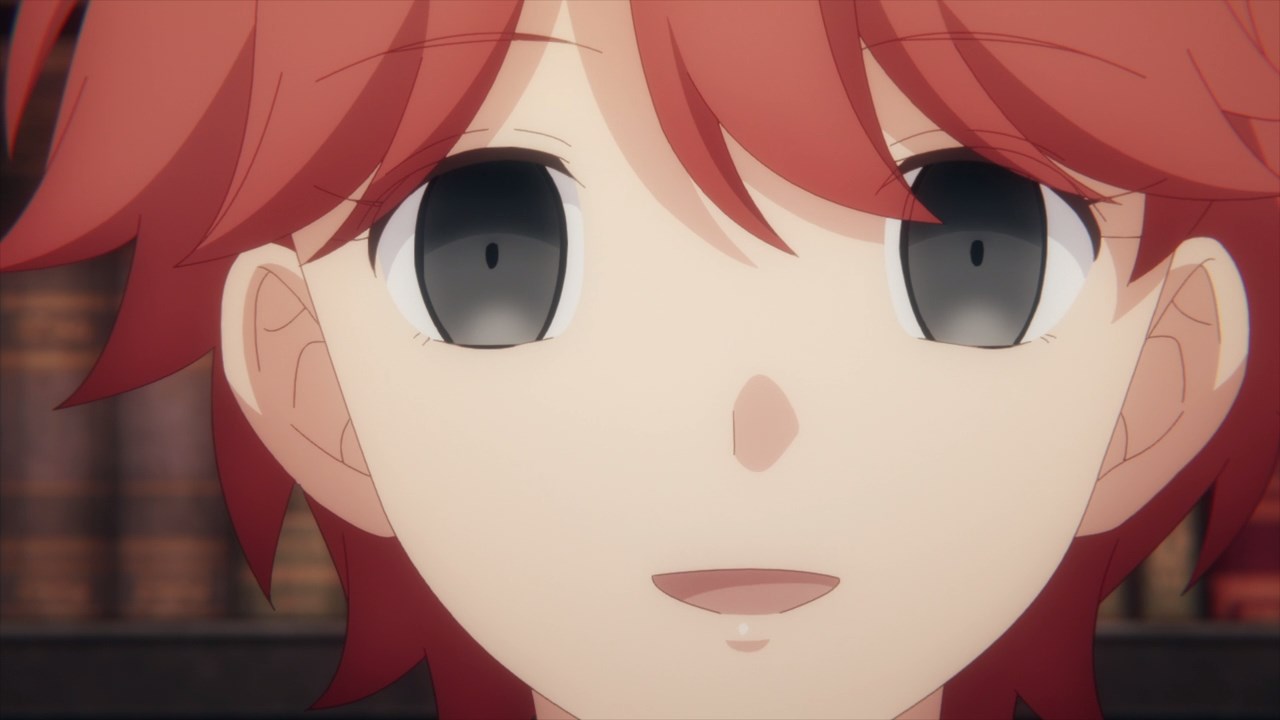 You see, Raphael is stuck in his dream that he wants Catarina and Anne to join him. Okay, I think it’s a bad idea for Raphael to invite them to work for eternity.

And furthermore, is he supposed to have a dream of a normal and quiet life, one where he’s not forced to play as Sirius Dieke? 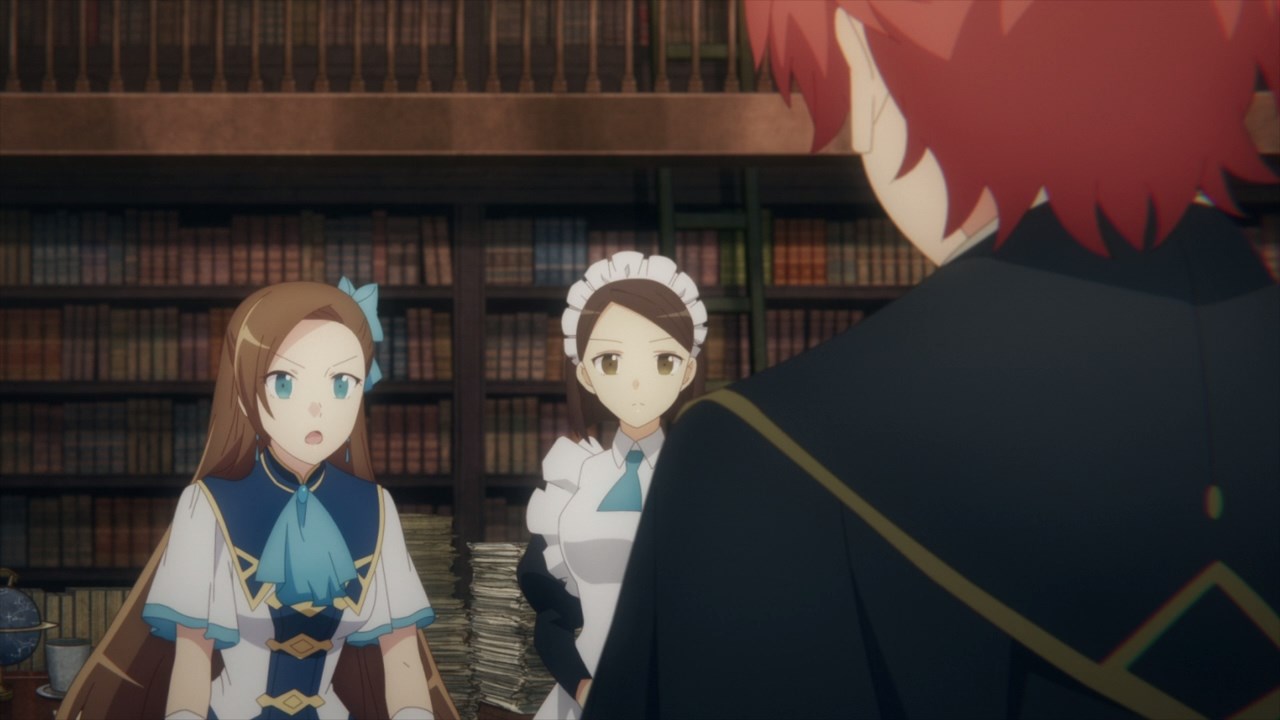 Anyways, Catarina Claes tries to convince Raphael Walt to return to the real world as she and her friends wants to do lots of stuff before they move onto the afterlife. C’mon, it’s boring to stay in a dream forever. 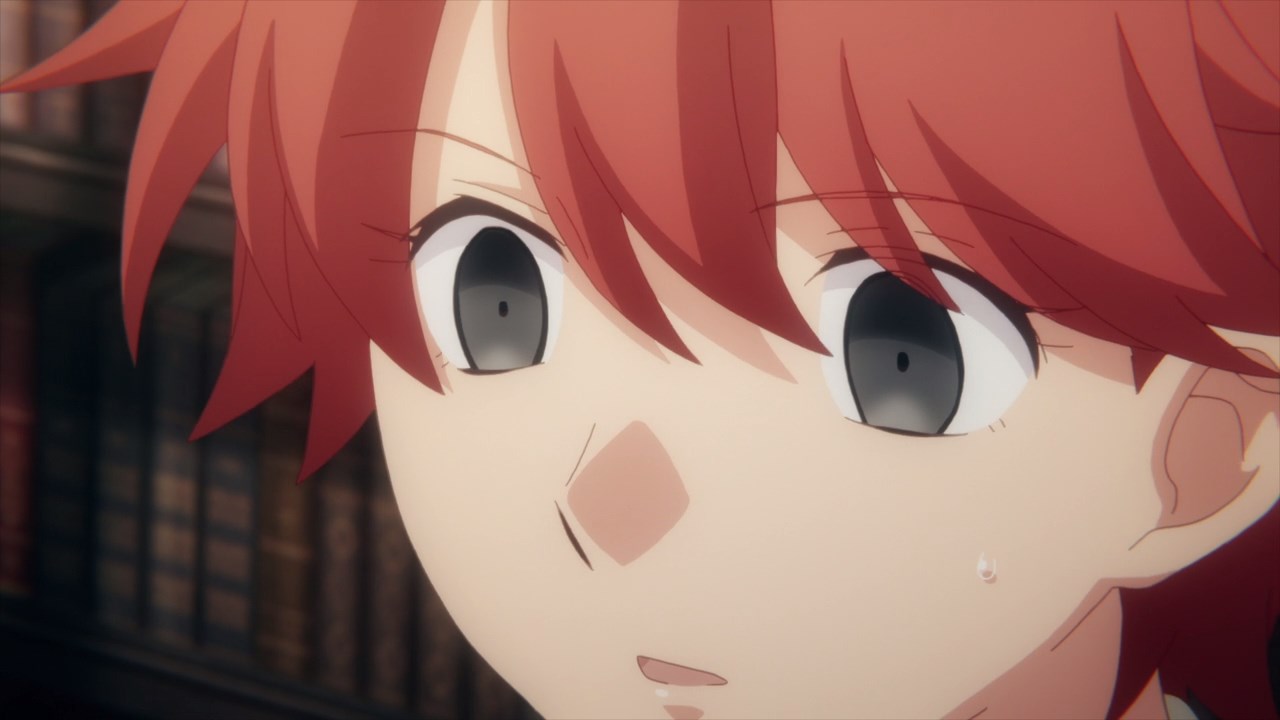 Fortunately, Catarina’s words has snapped him out as Raphael is back to normal. Now the only thing left to do is to find the doll. 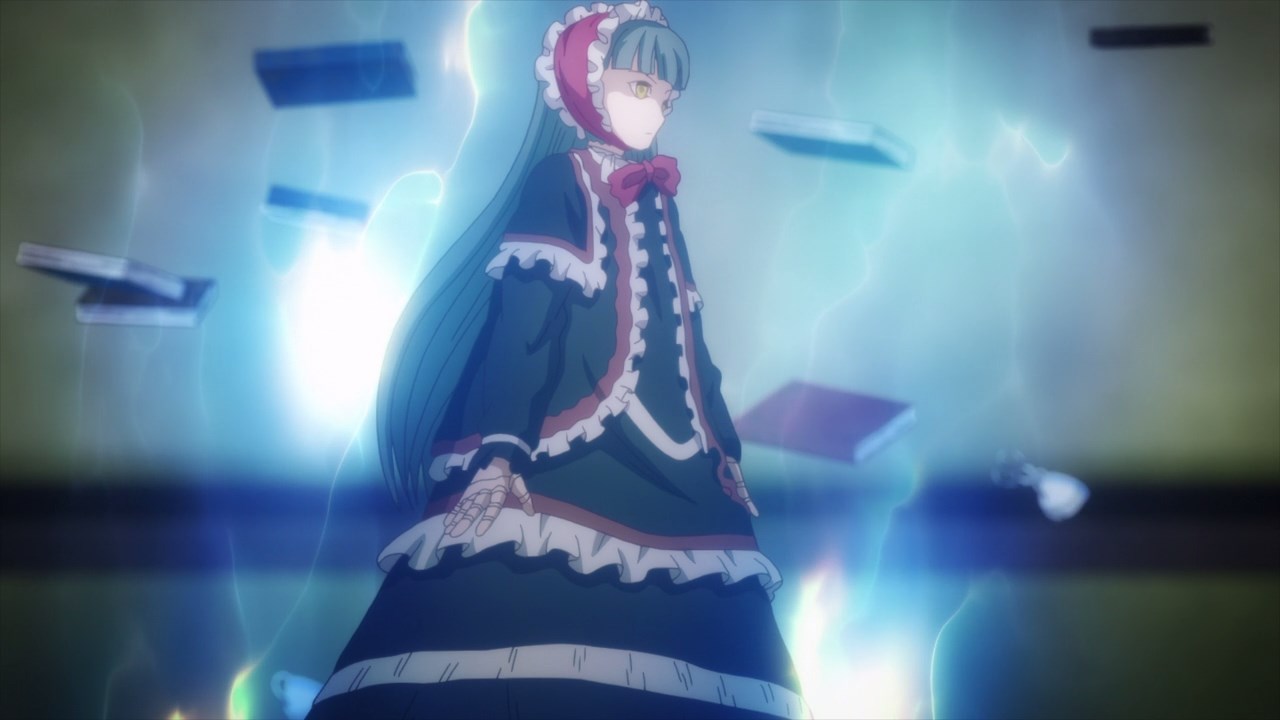 Except that the doll has finally appeared where it’s gonna murder everybody. Of course, this doll is the key of setting themselves free so they have to do something about it. 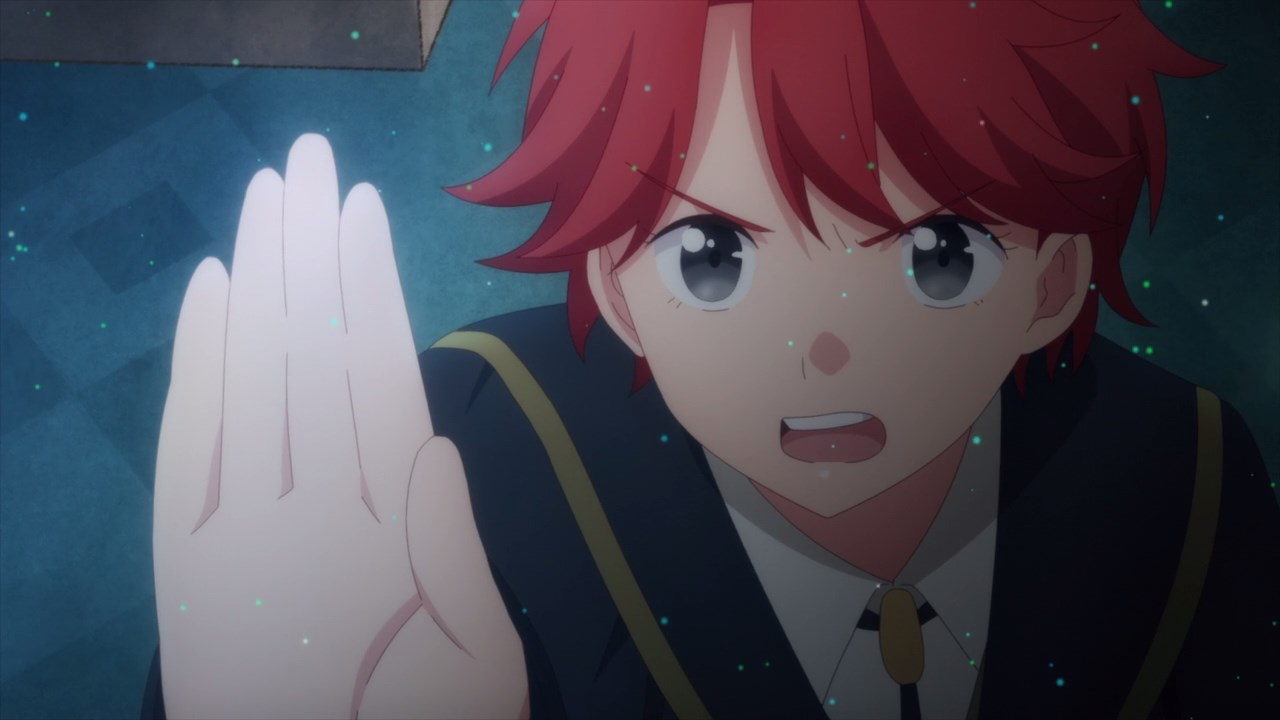 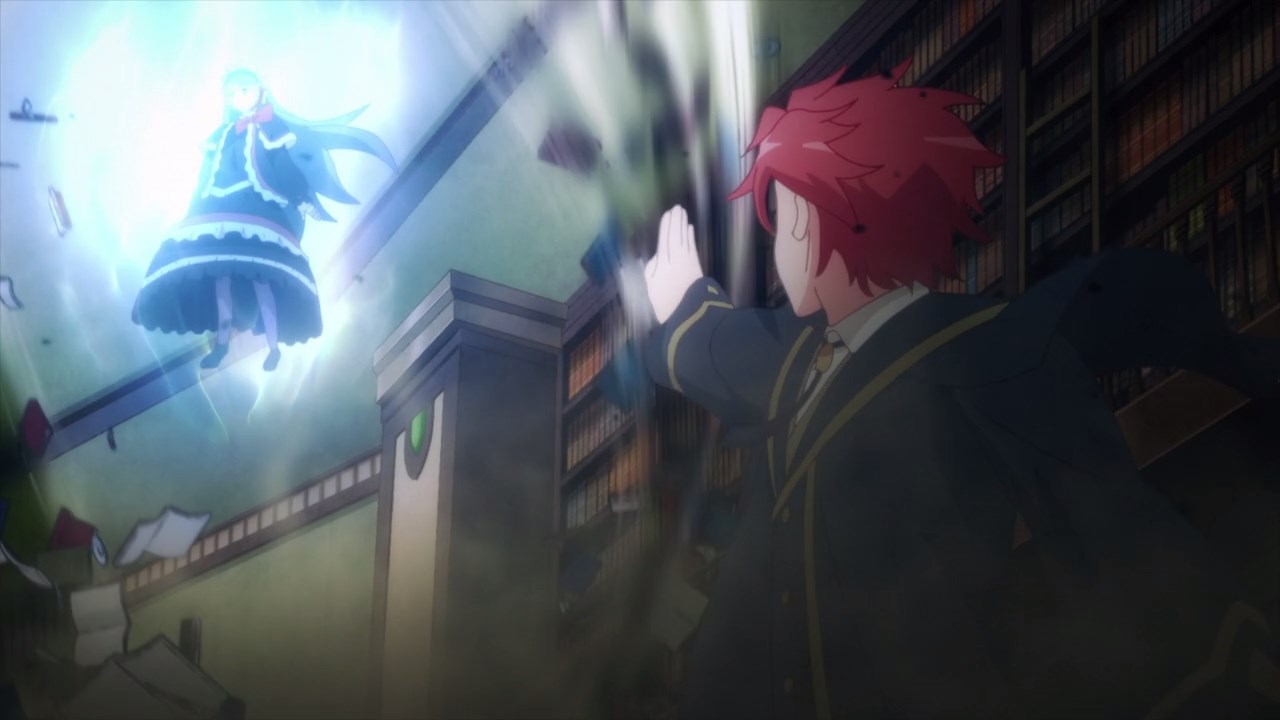 Anyways, here’s Raphael Walt where he used wind magic to stop the doll from throwing things.

Really surprised that he didn’t use dark magic to stop this rampaging doll but using wind magic is not enough to take it down. 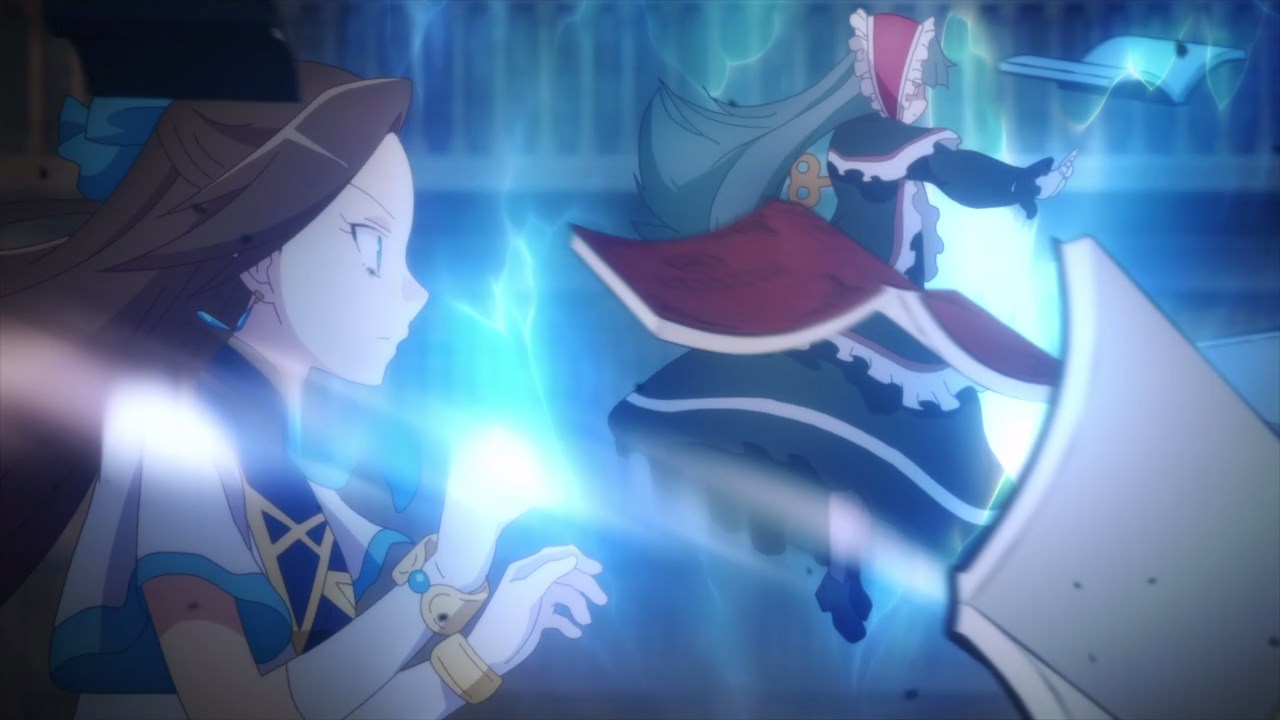 On the other hand, here’s Bakarina where she sneak up on the doll and found a key from behind.

Man, I think it’s a bad idea that the villainess might get killed if the doll turn around and throw a knife at Catarina. 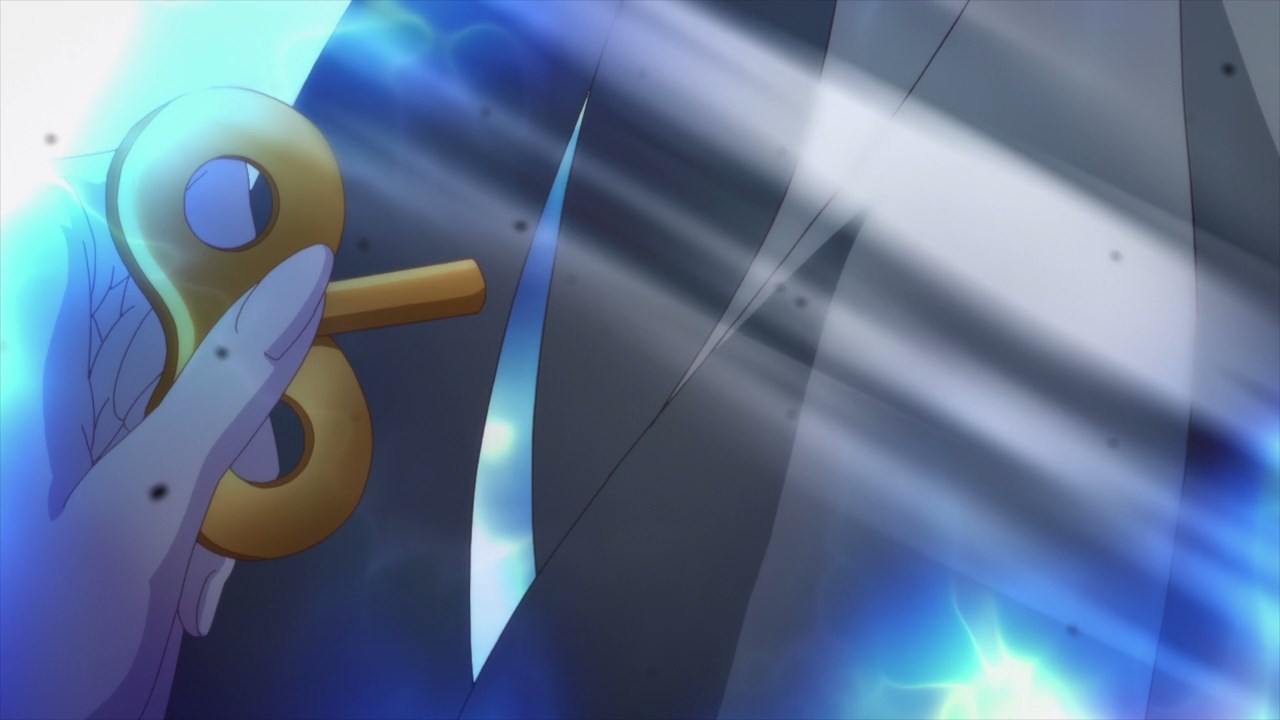 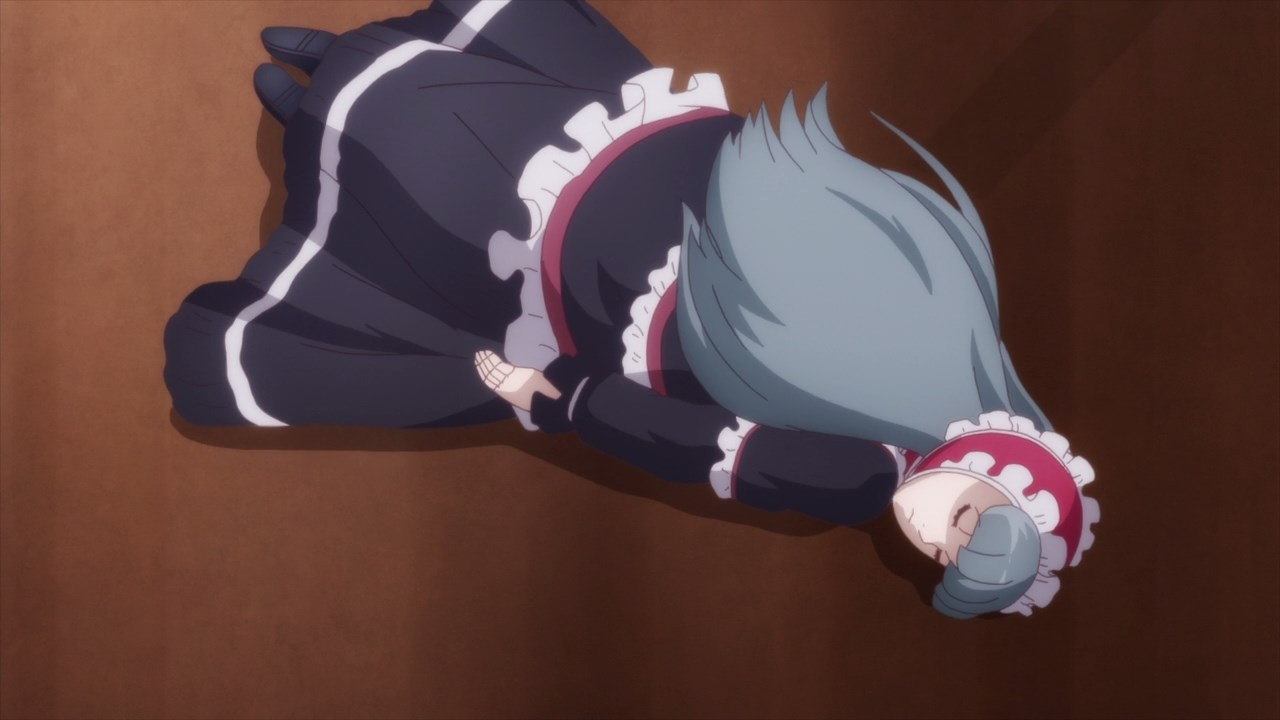 However, Catarina Claes just took out the key in which the doll fell down. Well, that was anti-climatic! 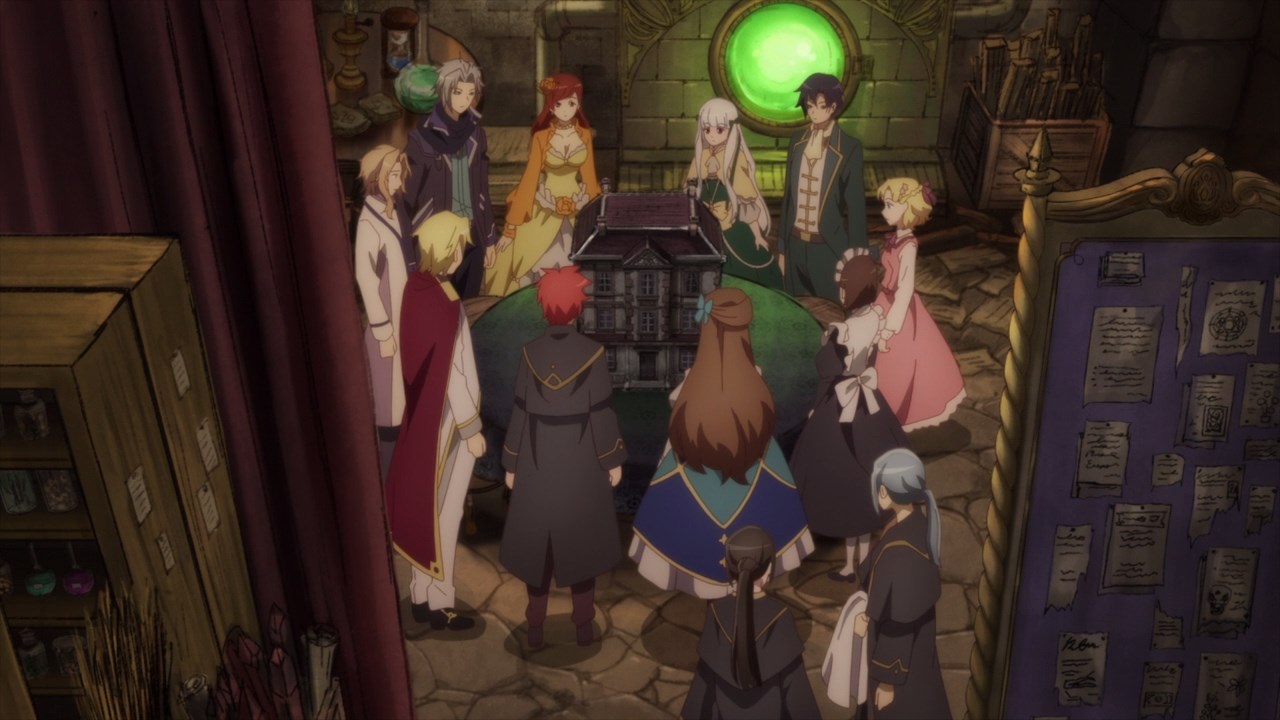 Still, Catarina Claes and her harem have finally got out of the dollhouse. Seriously though, that dollhouse is so dangerous that it should be sealed forever. 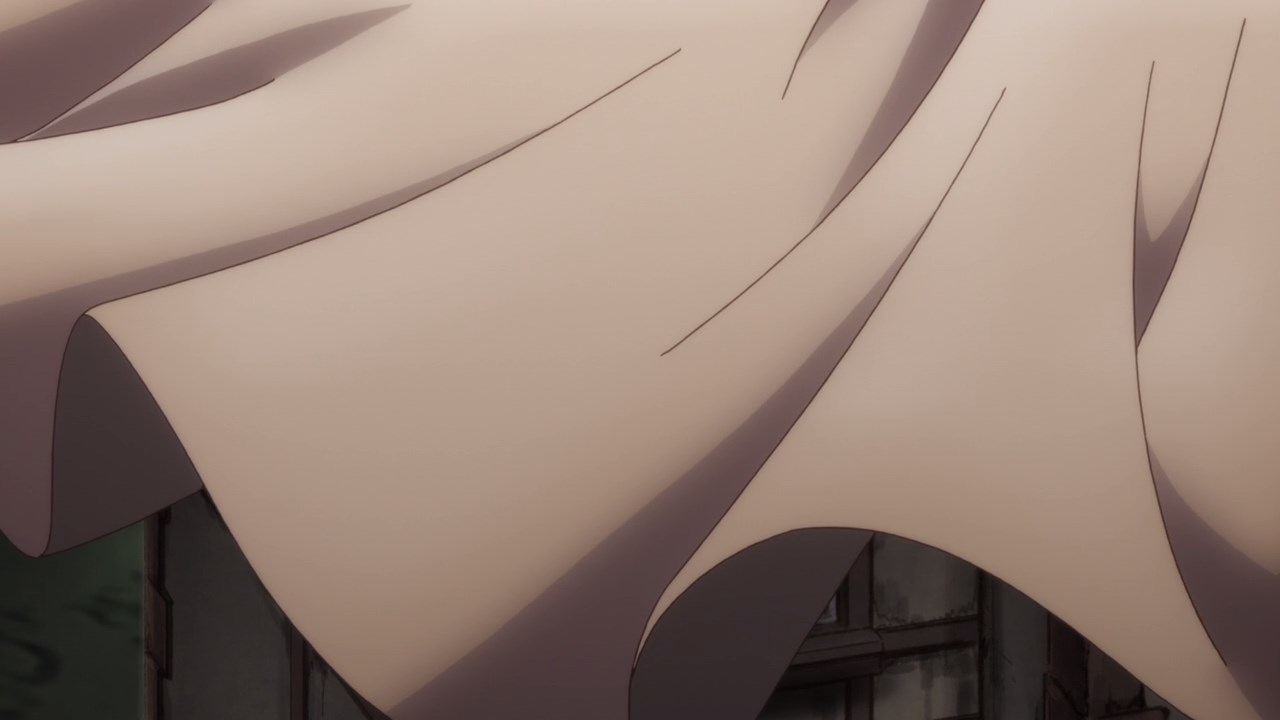 But yes, Larna Smith put it away in hopes that no one will ever touch it again… unless some idiot decides to pull the dollhouse out. 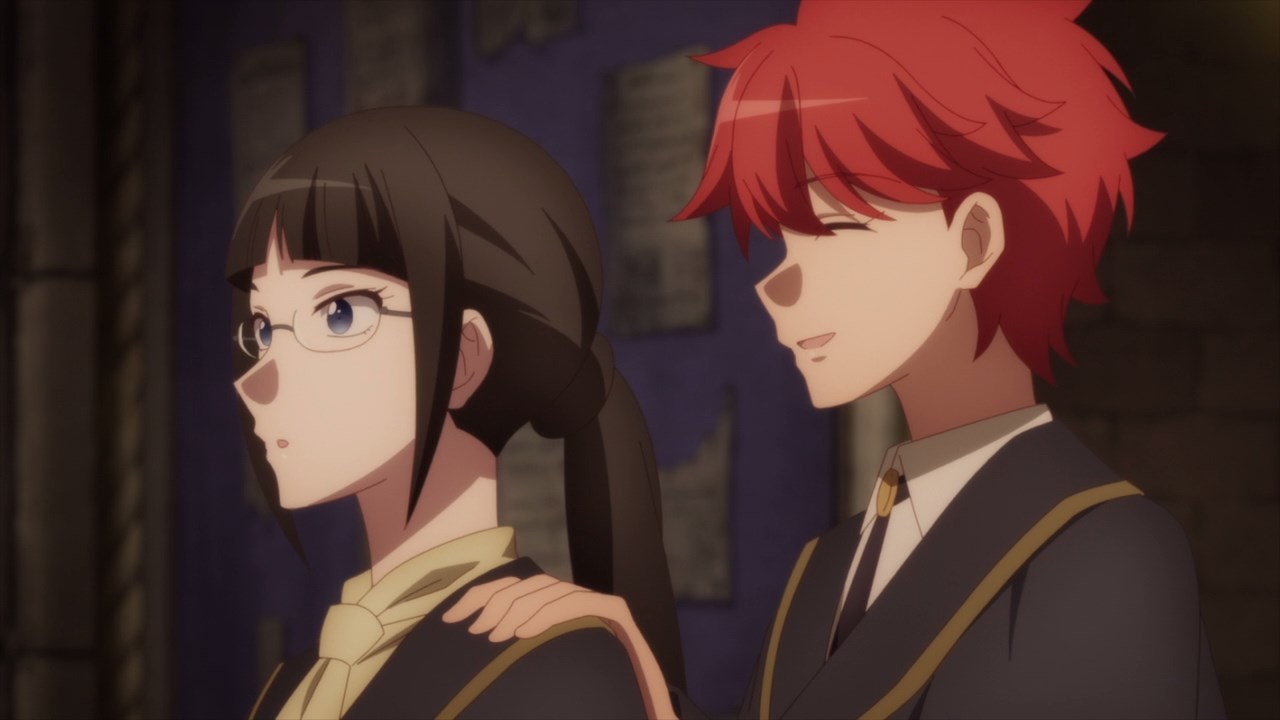 Speaking of Larna Smith, looks like Raphael wants his boss to assist them as their department is slumped with tons of paperwork.

Wait a minute, I’m surprised that Larna actually neglect her duty as the boss of her own division. I guess she’s busy seducing Geoffrey Stuart. 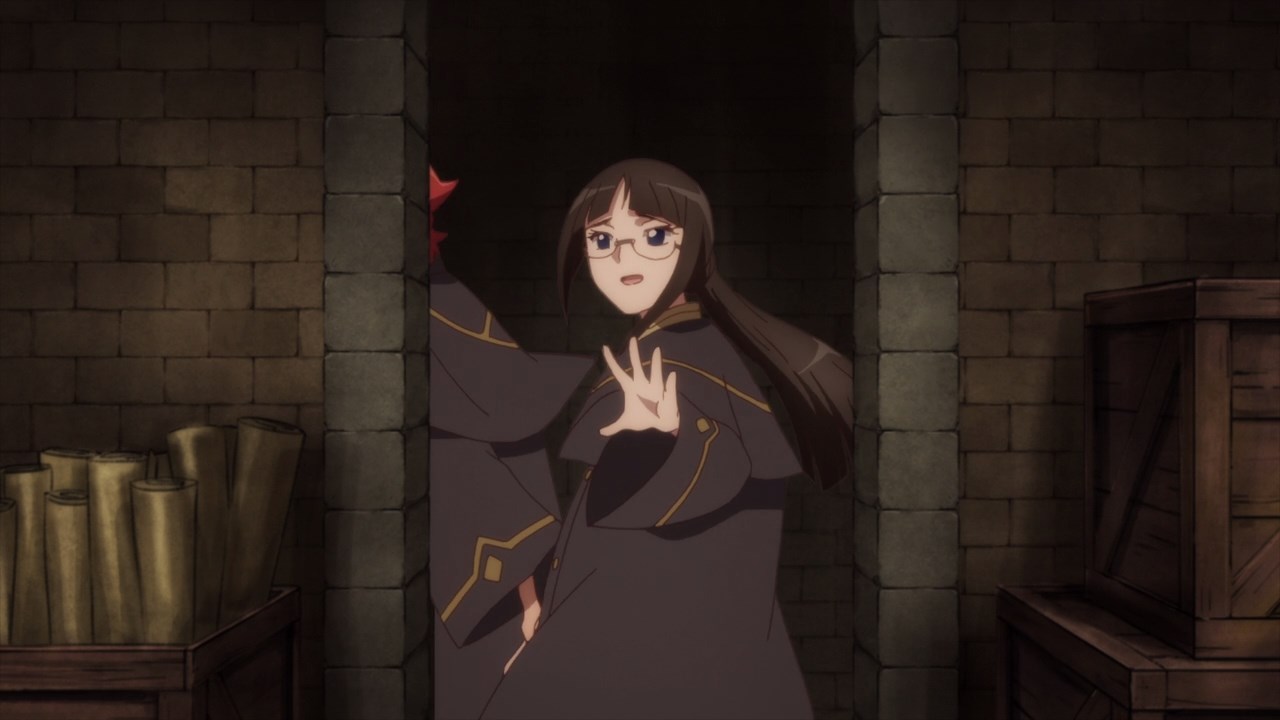 And so, Larna Smith will have to hit the trenches as she tries to finish tons of paperwork. Then again, I bet that Larna might escape again and find peculiar things. 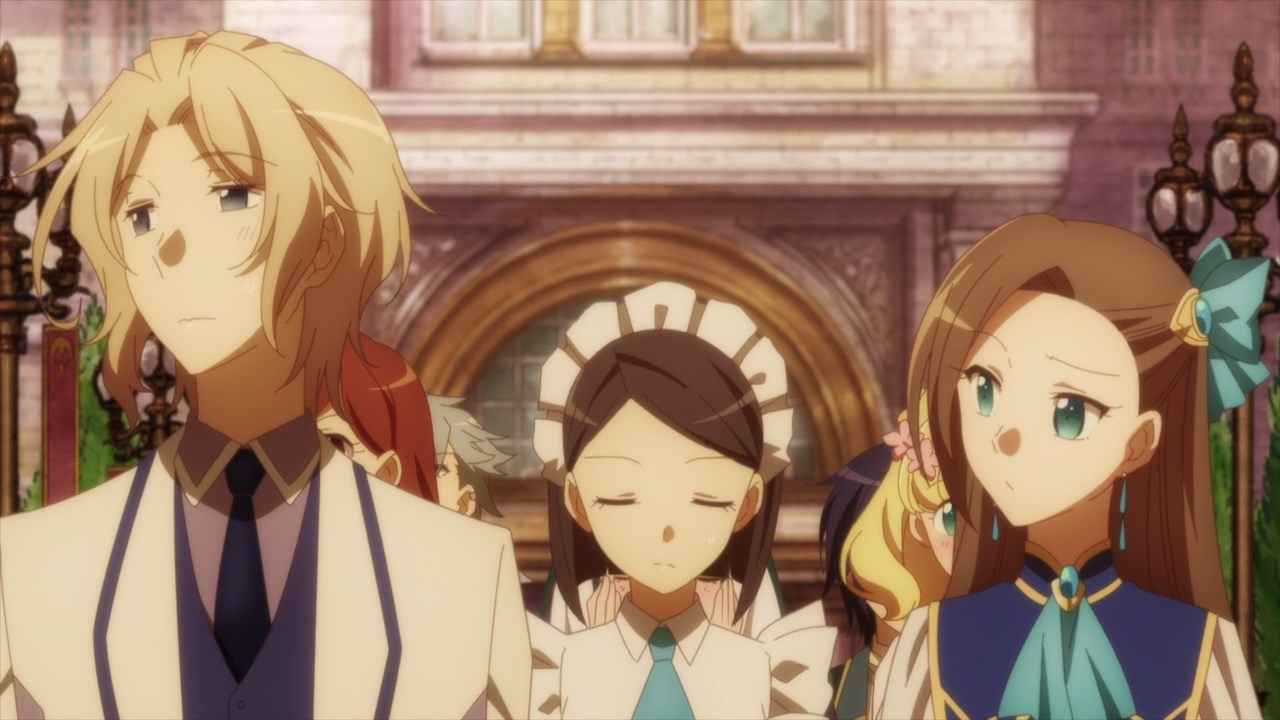 But as for Catarina’s friends, looks like they’re too embarrassed on talking about their dreams. I mean, some are absurd that they’ll keep it to their graves. Well then, I’ll see you next time!