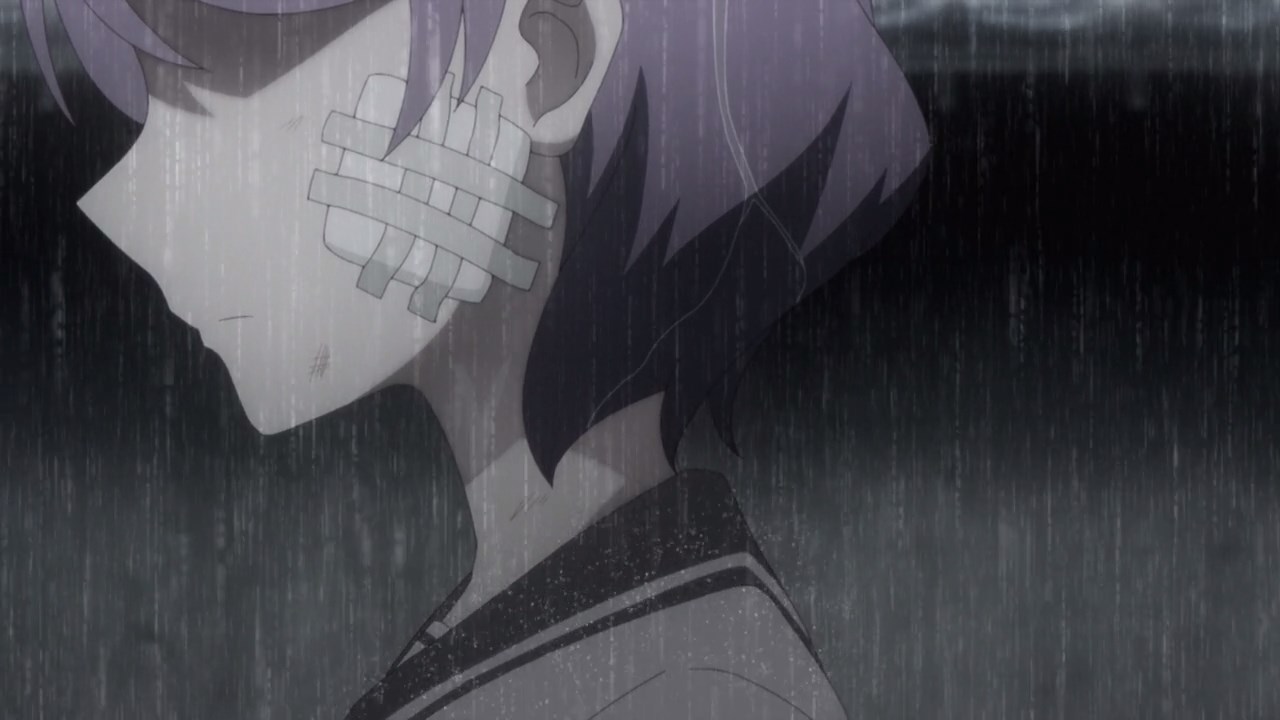 We begin this episode with a backstory of Shiori Kanou as her past was pretty much tragic. Shiori’s family got kicked out from the Numbers family system and her parents pretty much disowned her. 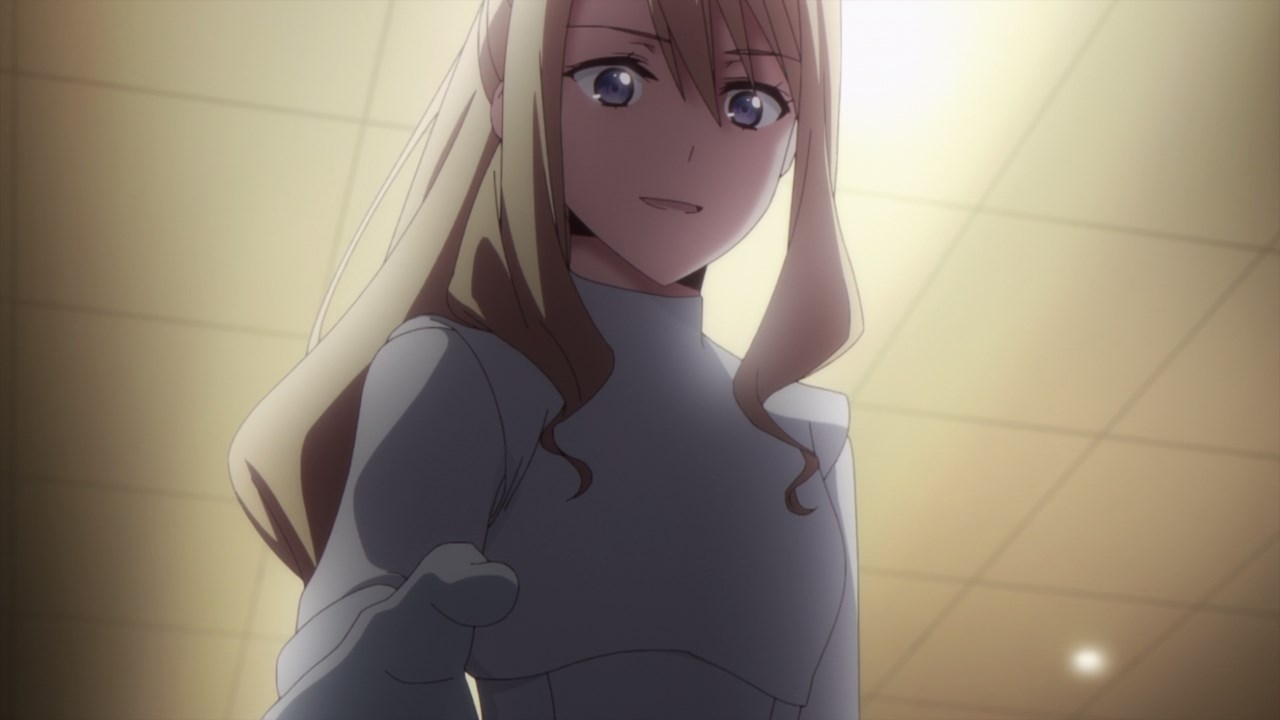 Of course, Shiori’s life turned around when she met Airi Isshiki in a fencing match, thus she became the fiercest sharpshooter in Third High School. 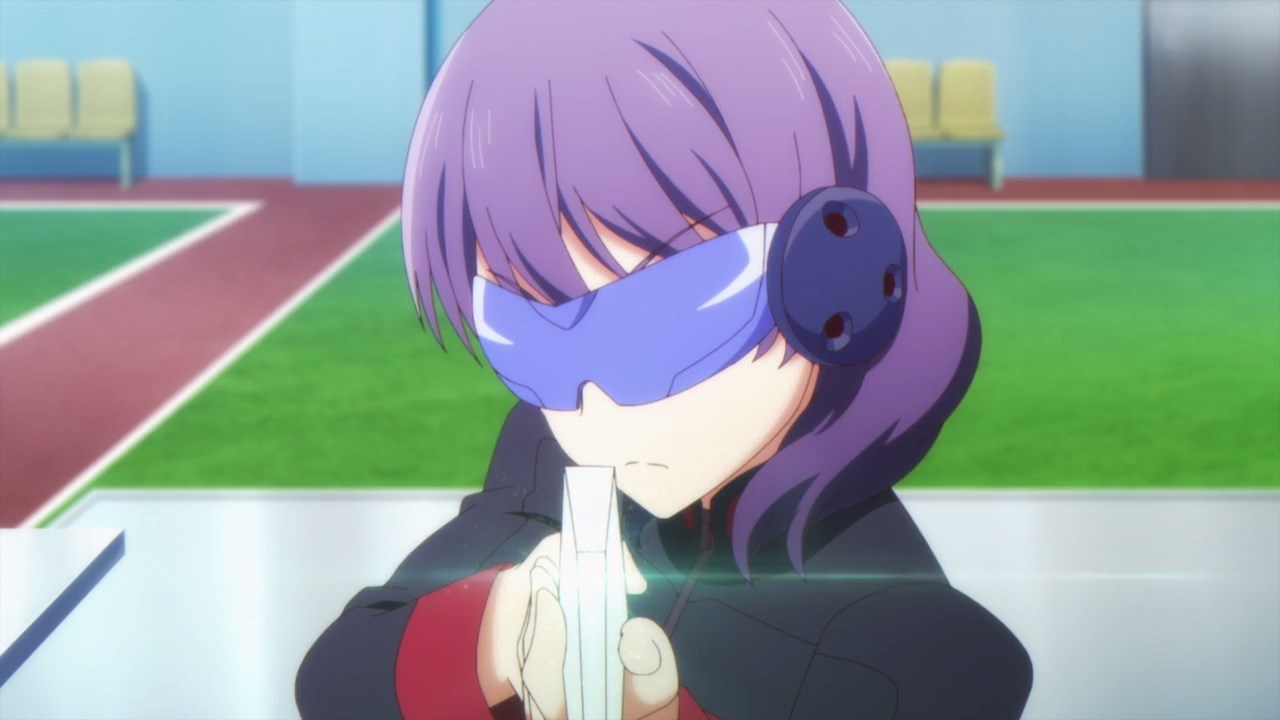 Now let’s move onto the present where Shiori Kanou is about to qualify in the Speed Shooting event. And here’s the trick to her success as Shiori has keen eyes in which she can her target clearly. 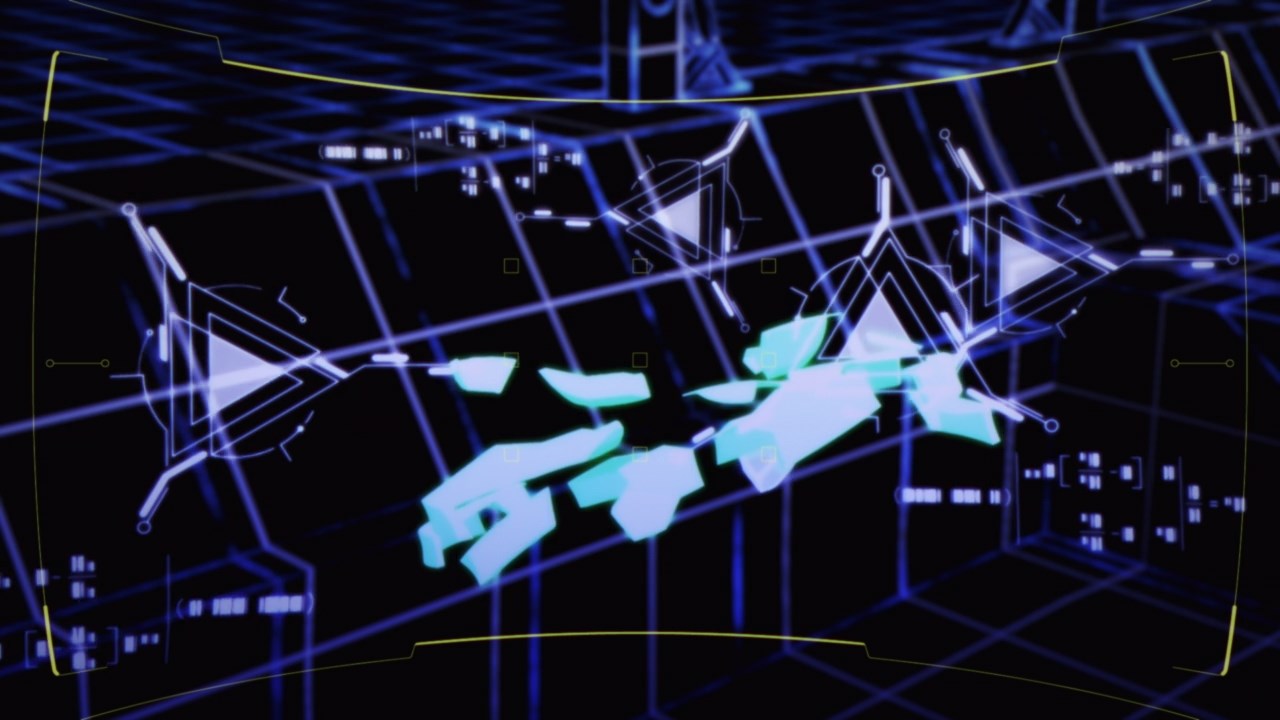 Moreover, Kanou can calculate the trajectory of the particles so that it’ll hit surrounding targets. 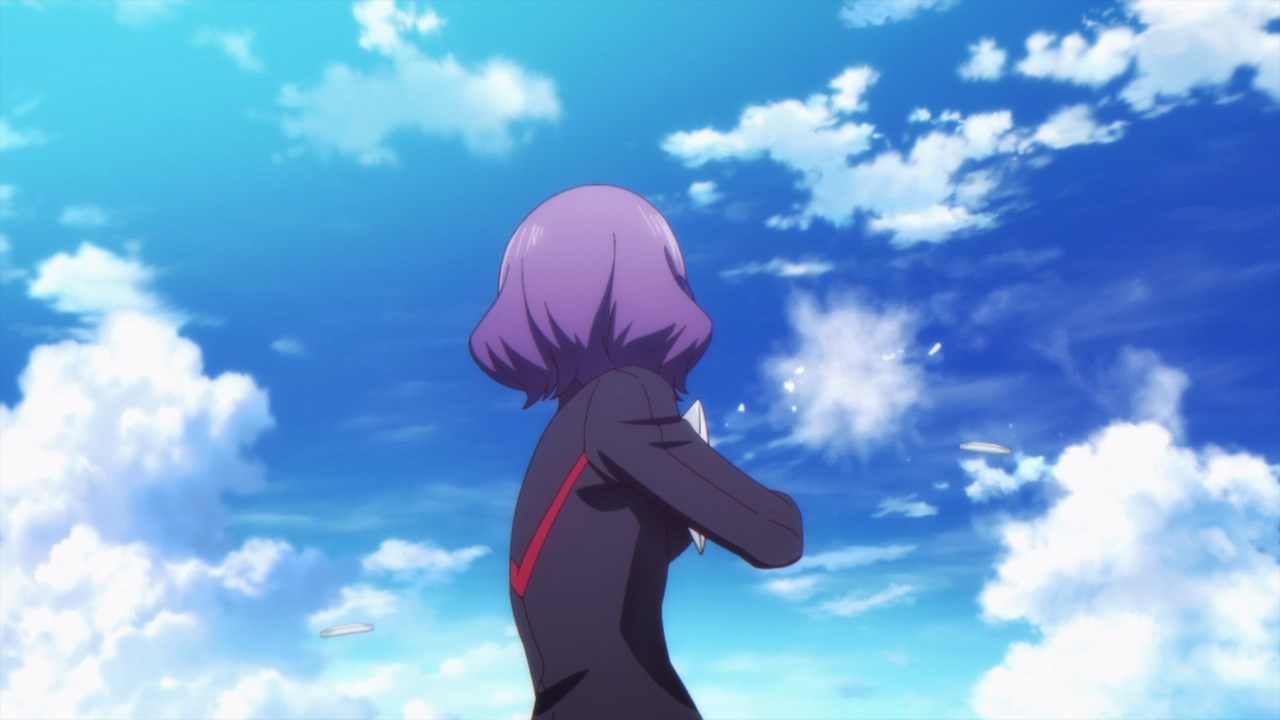 In short, Shiori Kanou can hit multiple targets without shooting much. Of course, how will she stack up against Shizuku Kitayama? 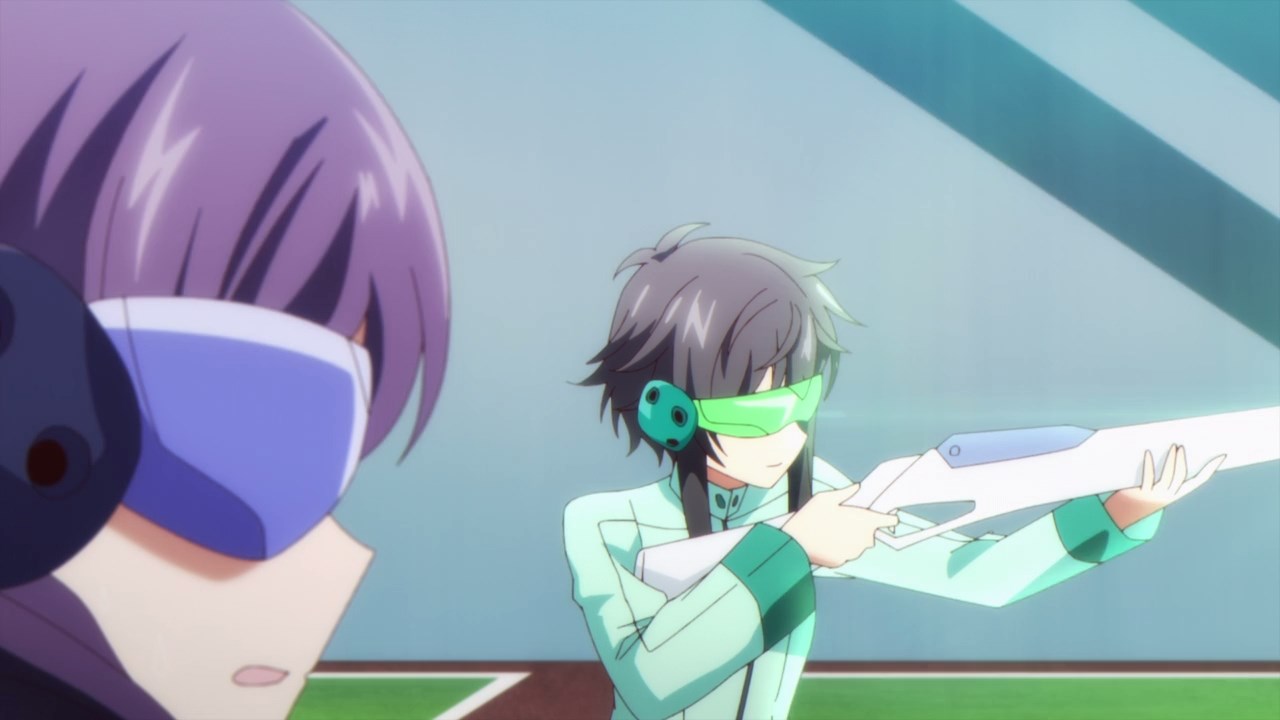 Well, seems that Shizuku is on another level as her magic and her rifle CAD was improved thanks to Tatsuya Shiba. 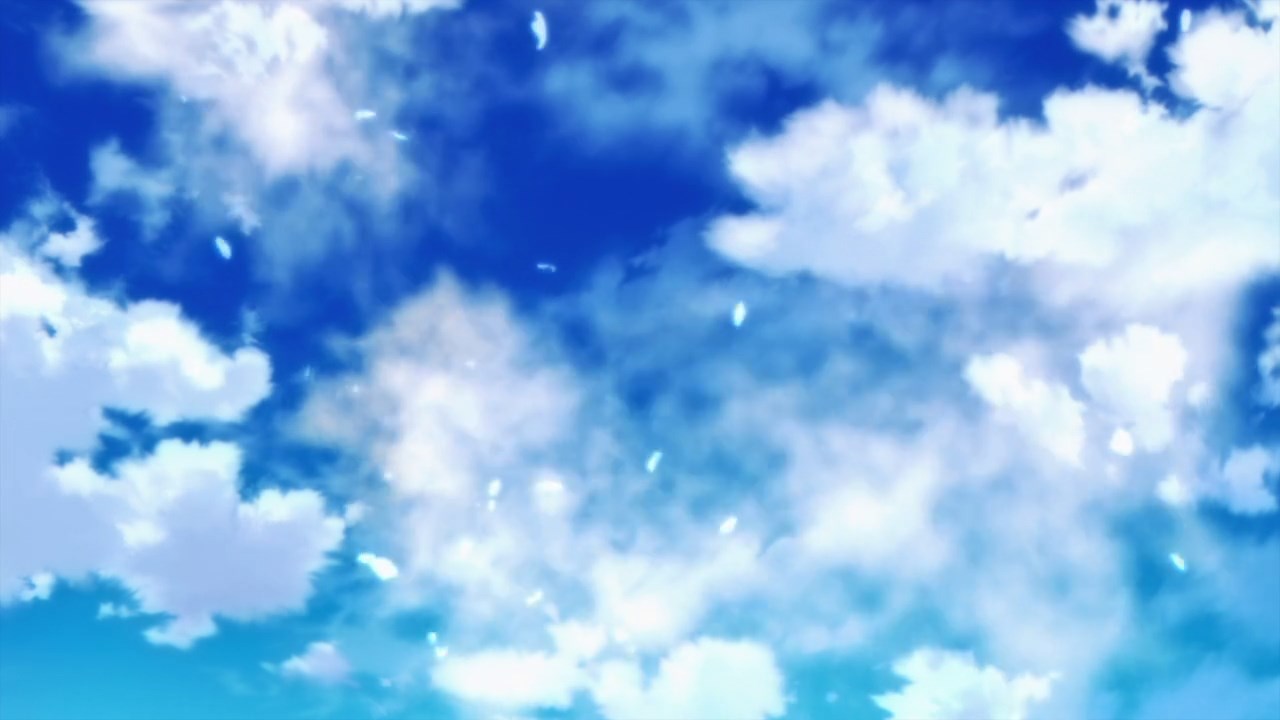 This means that Kitayama can use Active Air Mine effectively as her CAD has 99 activation sequences, that’s nearly 10 times she can cast magic in just milliseconds. 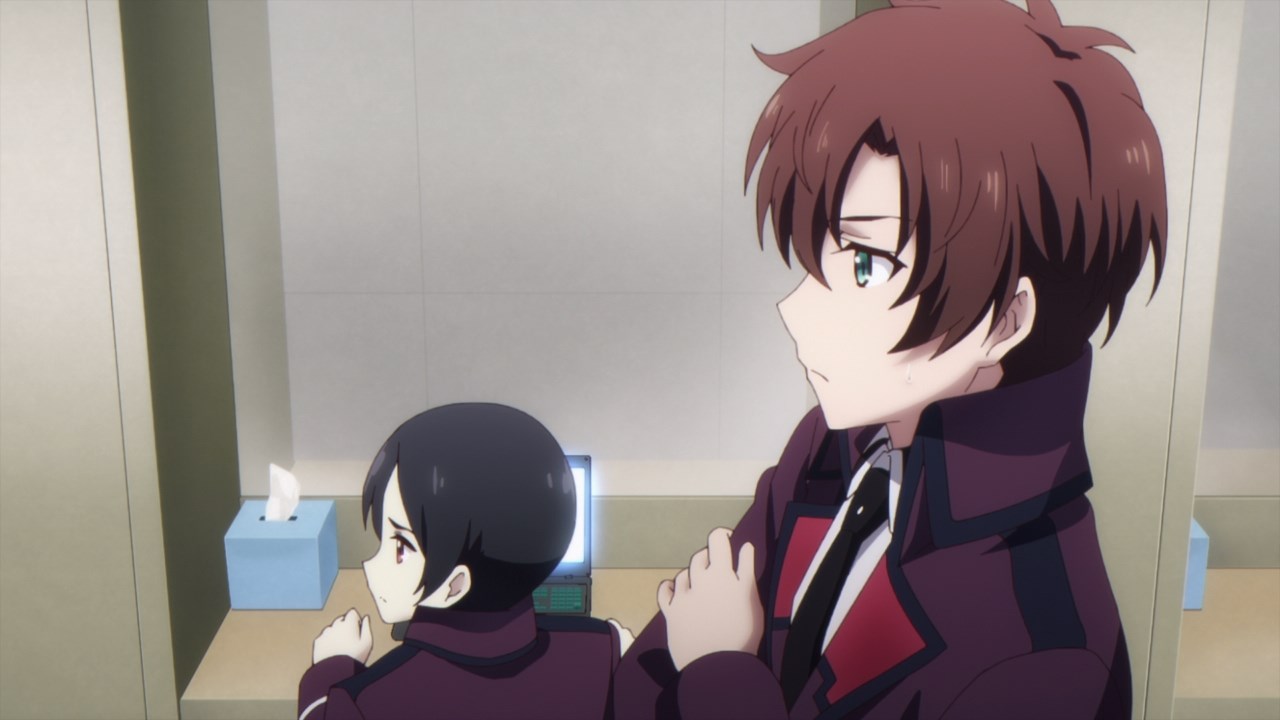 For Third High School, the fact that First High School has an amazing magic engineer has left them stunned. Even Shinkurou Kichijouji and Masaki Ichijou can’t believe that Shiori Kanou will lose over Shizuku Kitayama. 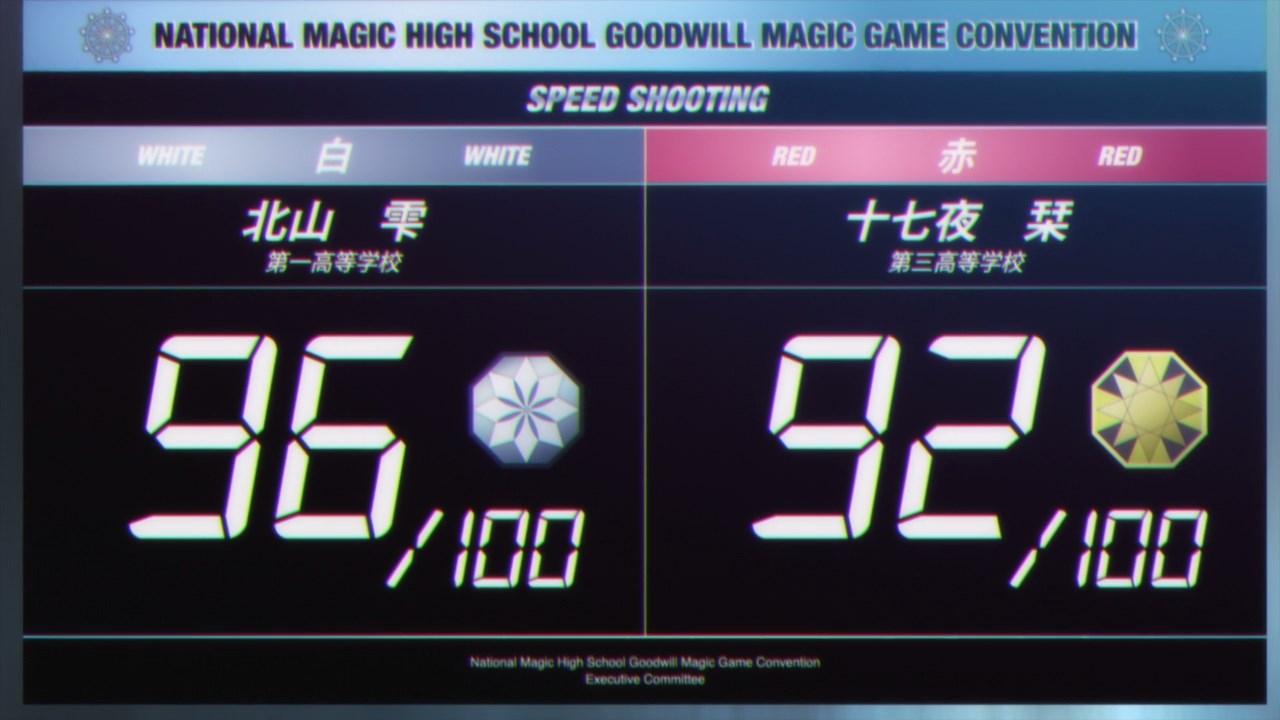 Anyways, the Speed Shooting semi-finals is finally over as Shizuku Kitayama won over Shiori Kanou with the score of 96 – 92. 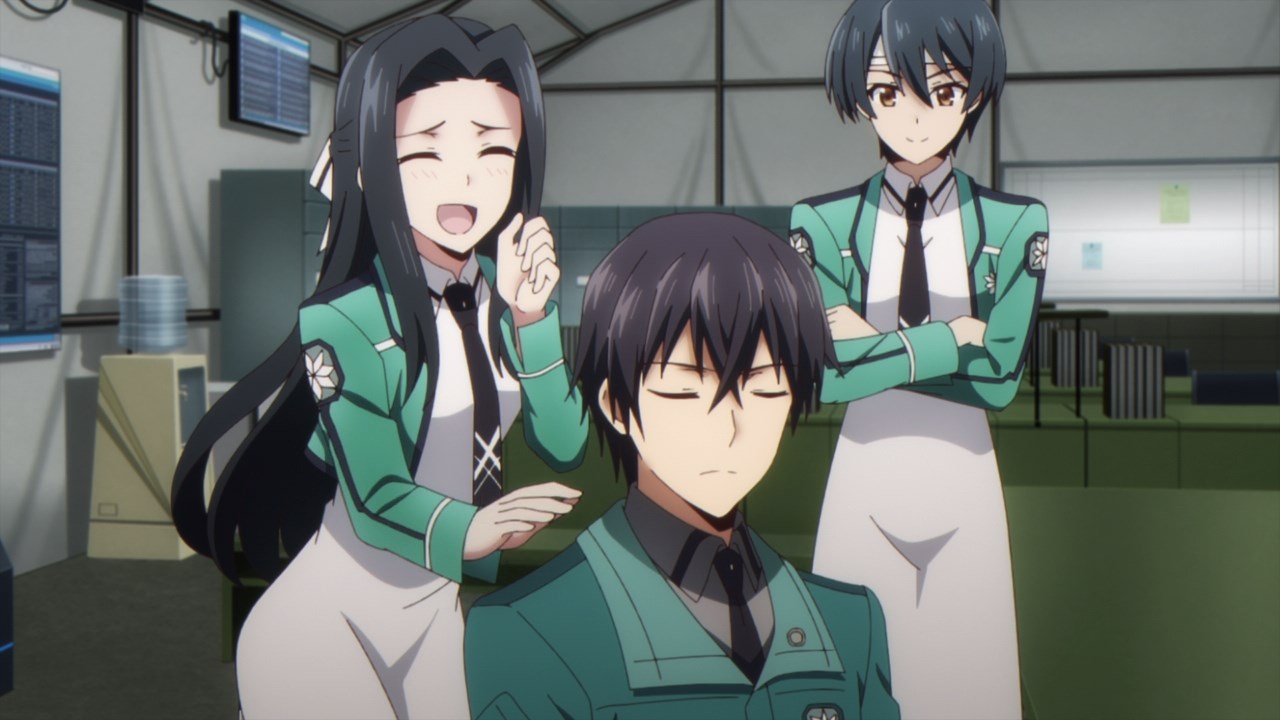 Speaking of Tatsuya Shiba, he remained humble even though Mayumi Saegusa praise his work. Aww Tatsuya, you’re so cute when you’re being commended by your senior.

By the way, Tatsuya’s work is not yet over ’cause he’s trying to bring No Head Dragon down for ruining the competition. 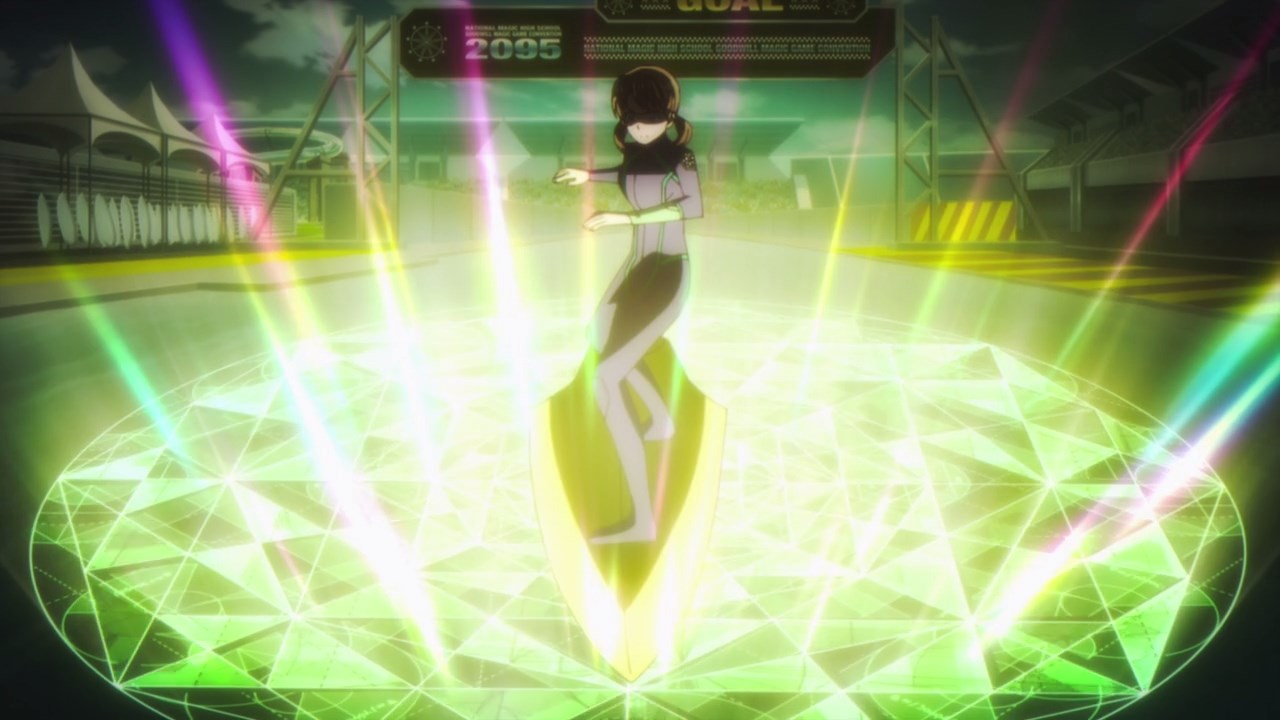 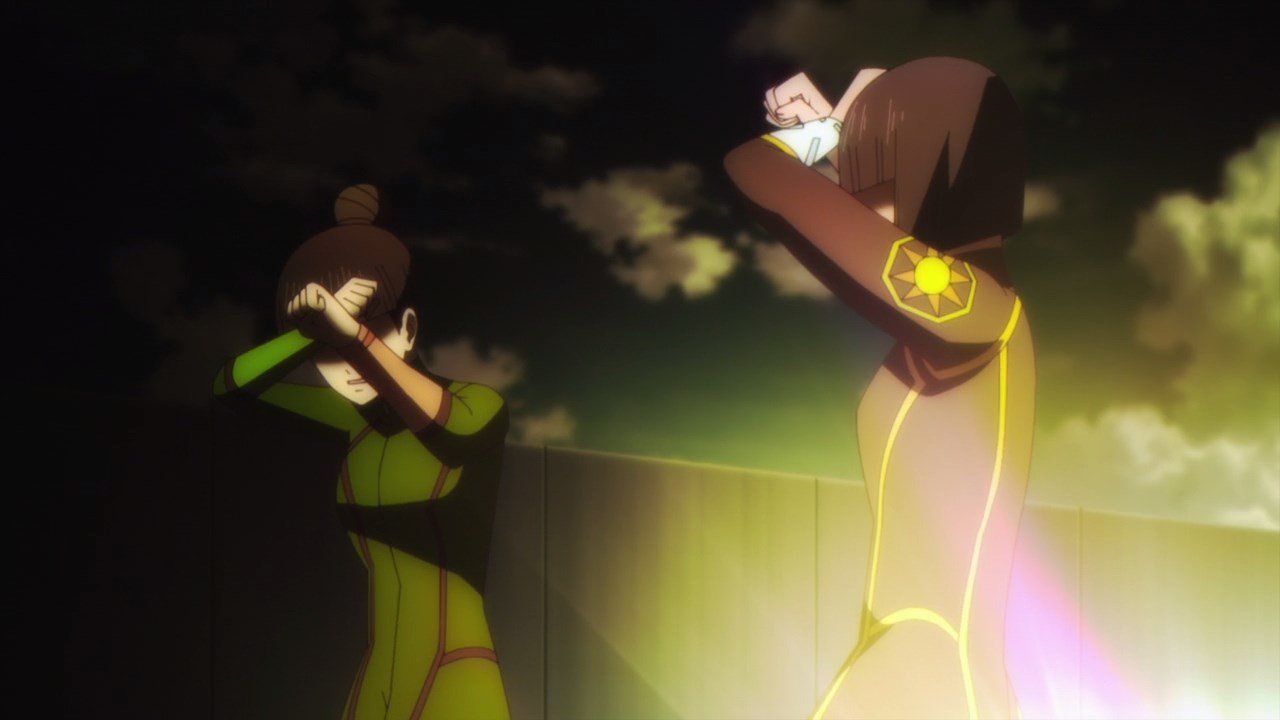 Now let’s move onto the Battle Board event were Honoka Mitsui used her light magic to get a head start to the competition… by blinding her opponent. Just to let you know that Honoka’s flashbang magic is actually legal. 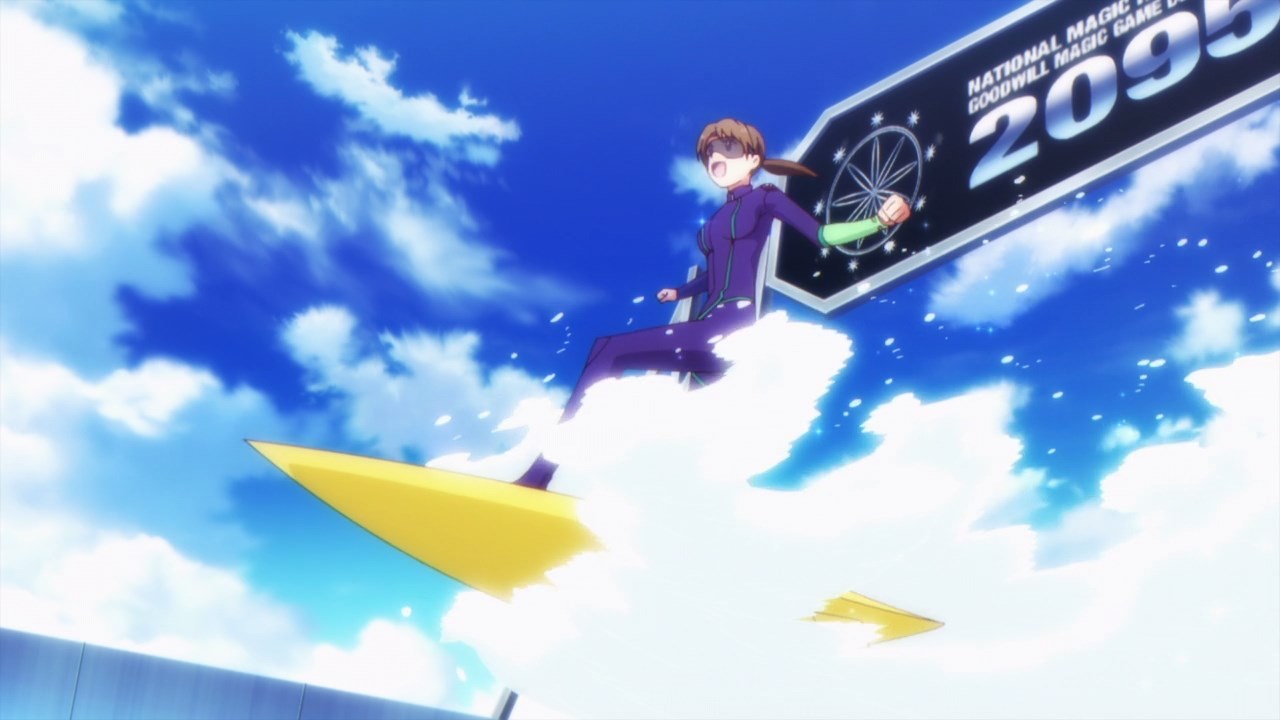 But that’s an easy win for Honoka Mitsui as she’s gonna compete in the finals together with Touko Tsukushiin. Oh I hope that a certain criminal organization won’t sabotage the Battle Board event. 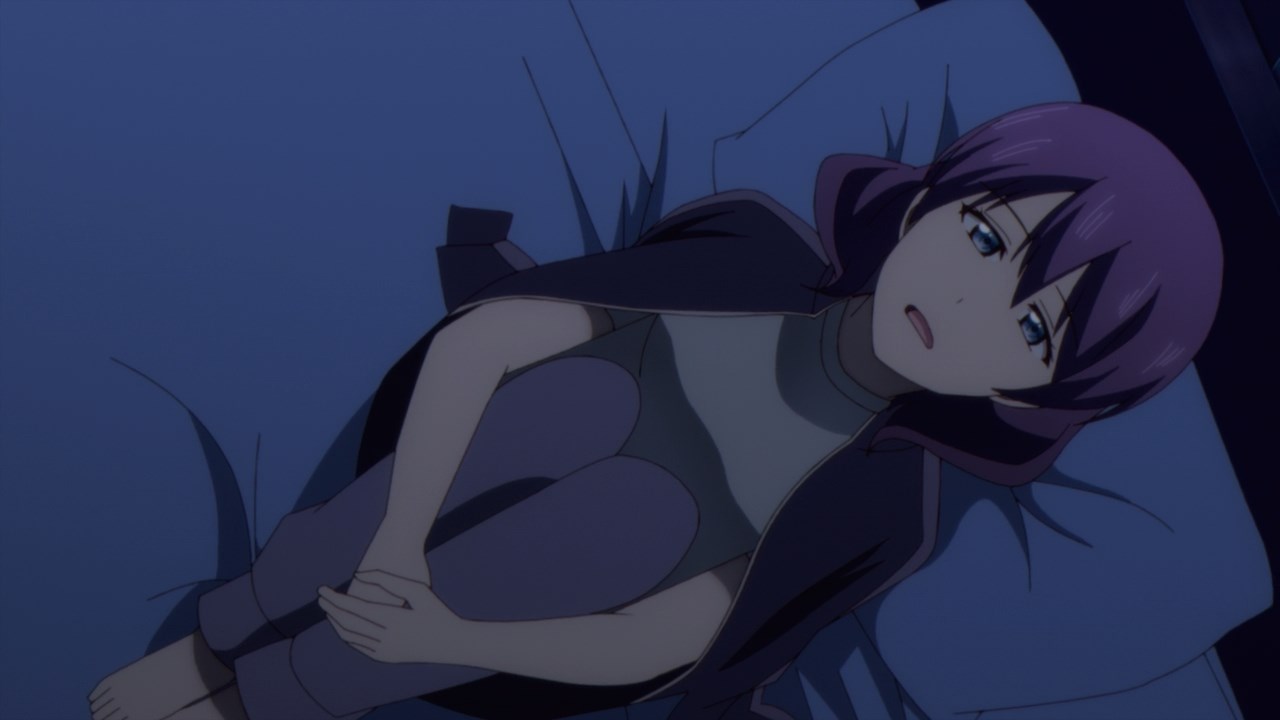 Meanwhile, here’s Shiori Kanou where she’s in a state of depression after her devastating loss over Shizuku Kitayama.

It’s so bad that Shiori doesn’t want to compete anymore as she felt that Airi sees her as useless. Oh Kanou, don’t think of that! 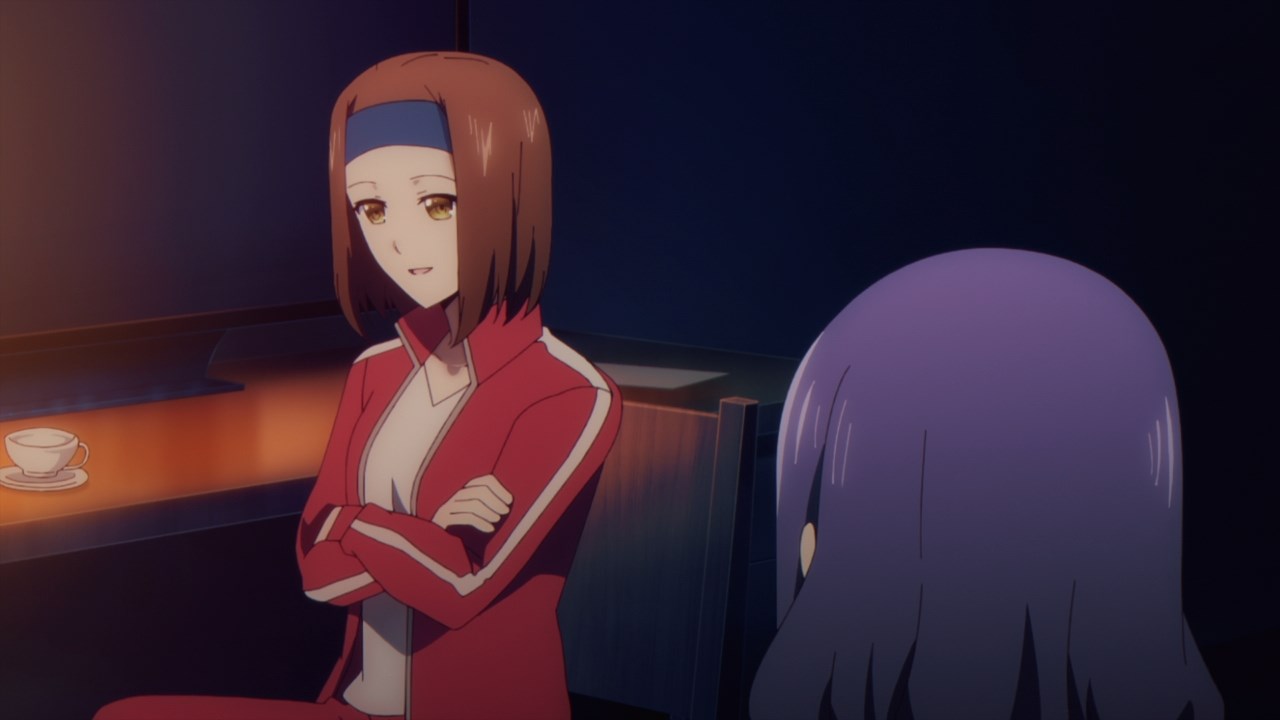 Fortunately, there’s Saho Mizuo where she’s here to have a pep talk with Shiori Kanou. You see, Airi Isshiki is not high-class girl who looks down on those who failed as the Eclair really cared towards Kanou ever since they met in a fencing match.

But yes, Isshiki is a nice girl who believes in her classmates. Now the only thing left for Shiori is to bounce back from her depression. 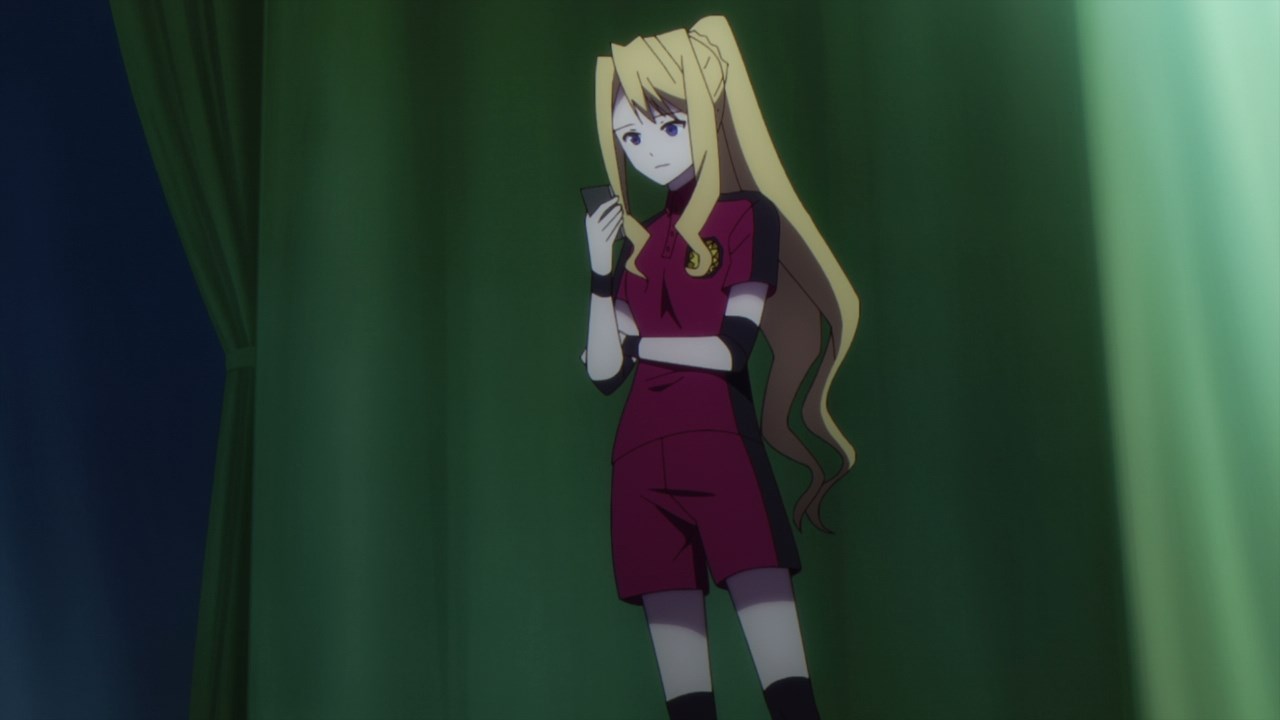 Speaking of Airi Isshiki, she’s still waiting for Shiori to return to the camp, although I think Airi might give up on her should Shiori arrived late. 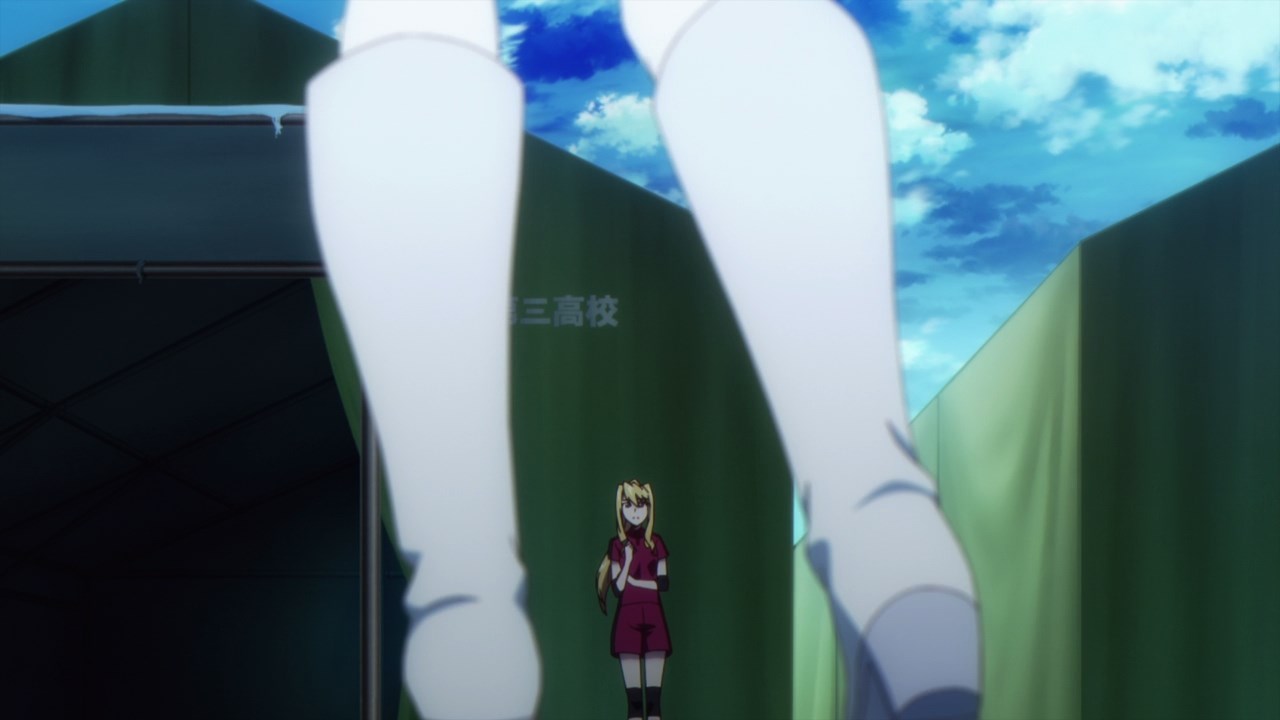 Actually, turns out that Kanou has arrived after snapping herself out of depression. And really, she’s ready for the next event! 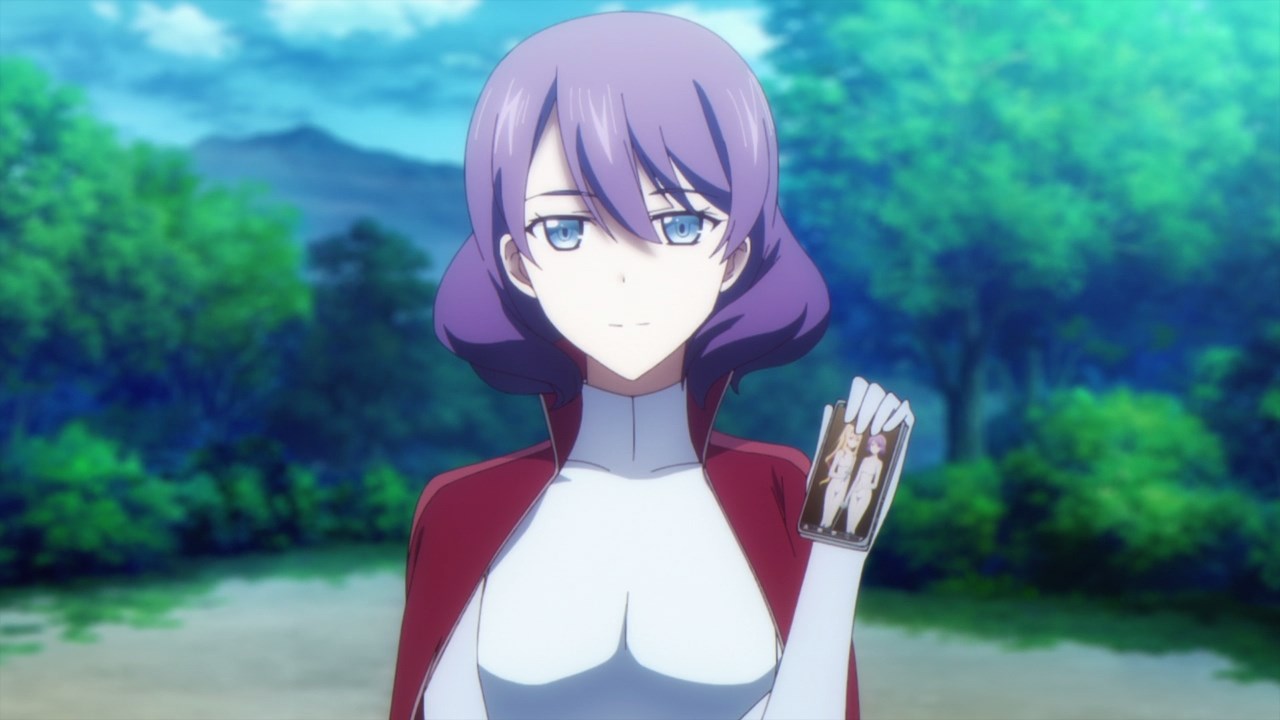 With that said, I’m happy that Shiori Kanou is back in action, but I have to say that Third High School’s fate is already sealed at this point. Anyways, I’ll see you next time!