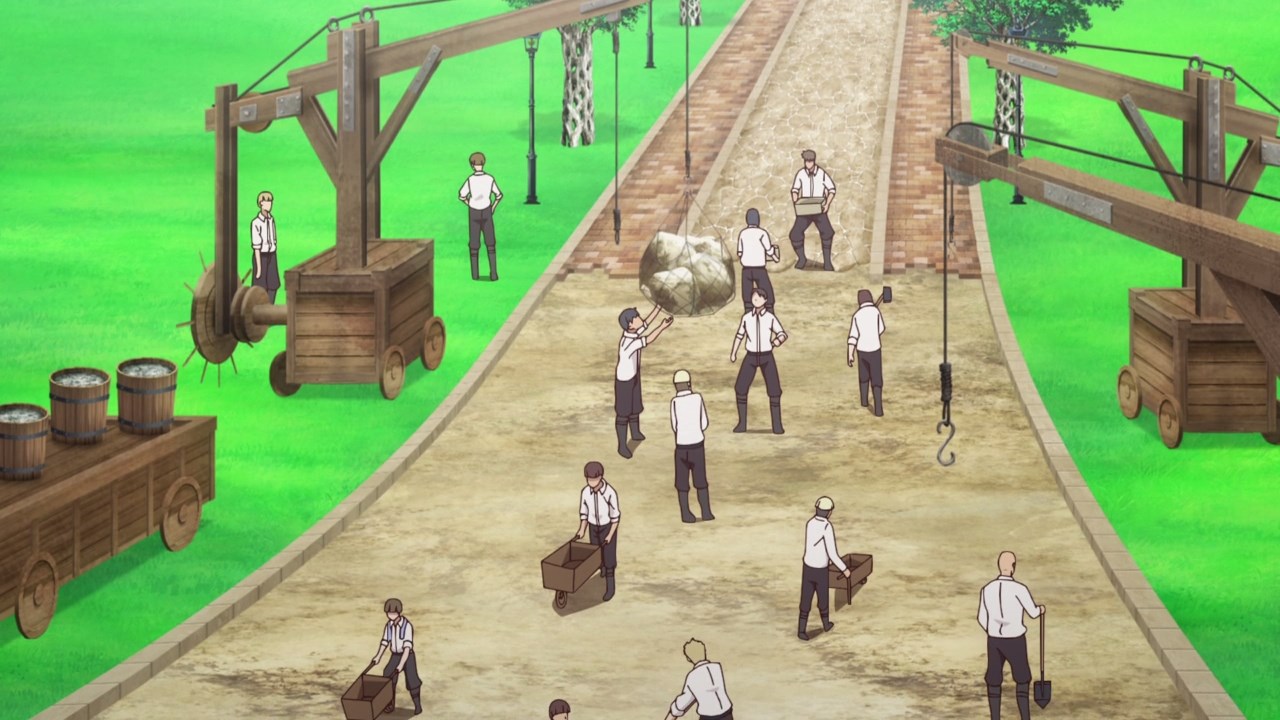 Let’s start this episode where the Forbidden Army are making roads as part of King Kazuya Souma’s project to create a new port city of Venetinova.

Of course, I wonder if King Souma found a way to prevent disasters from destroying his port city? After all, the area surrounding Venetinova is prone to flooding and earthquakes. 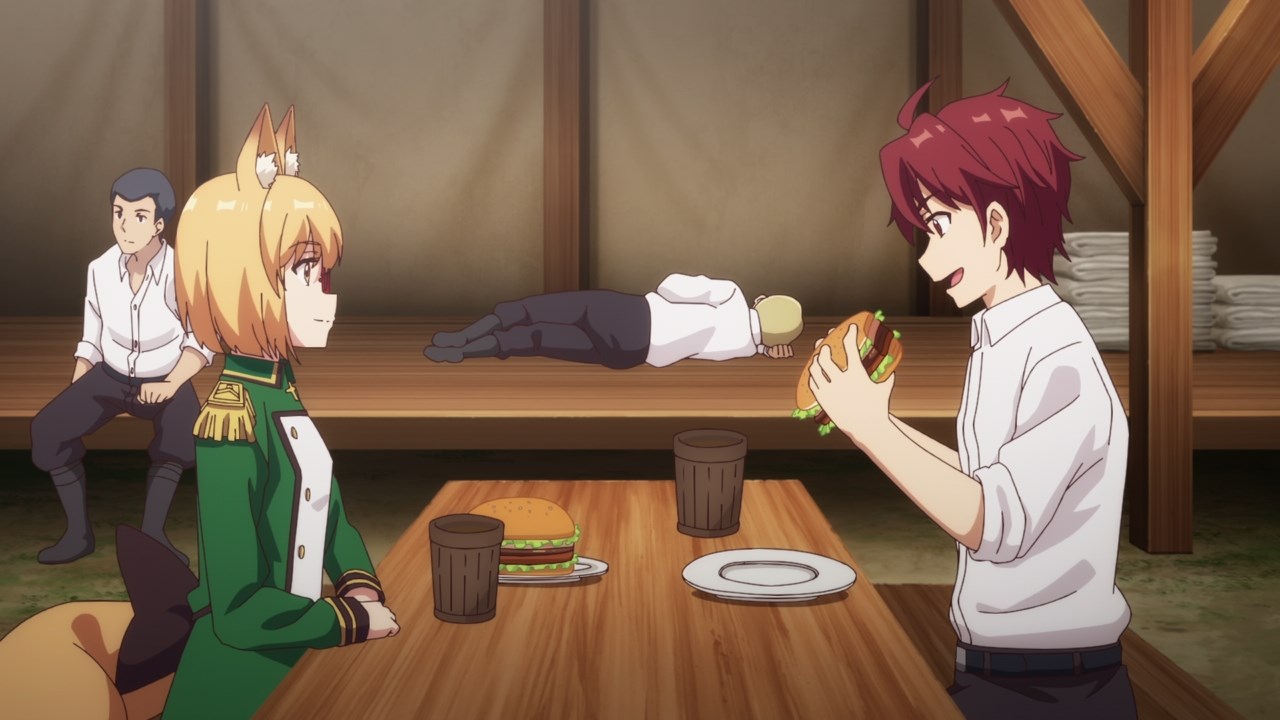 Meanwhile, here’s both Kaede Foxia and Halbert Magna where they’re having a lunch break after working for hours.

Oh yeah, looks like they’re eating what appears to be hamburgers. I’m glad that Kazuya Souma is bringing modern cuisine in this fantasy world. 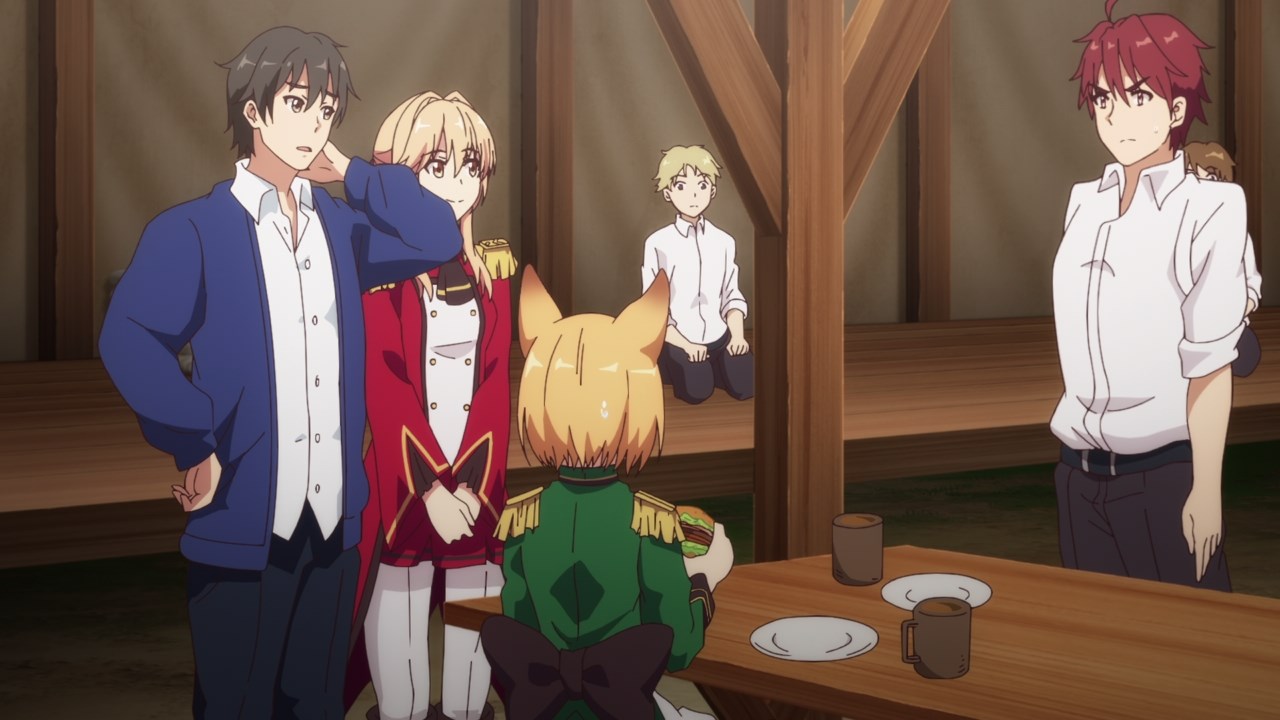 Speaking of King Kazuya, he’s here along with Liscia Elfrieden as the king is inspecting the construction of Venetinova, although Halbert should drop the formalities as King Souma is a chill dude. 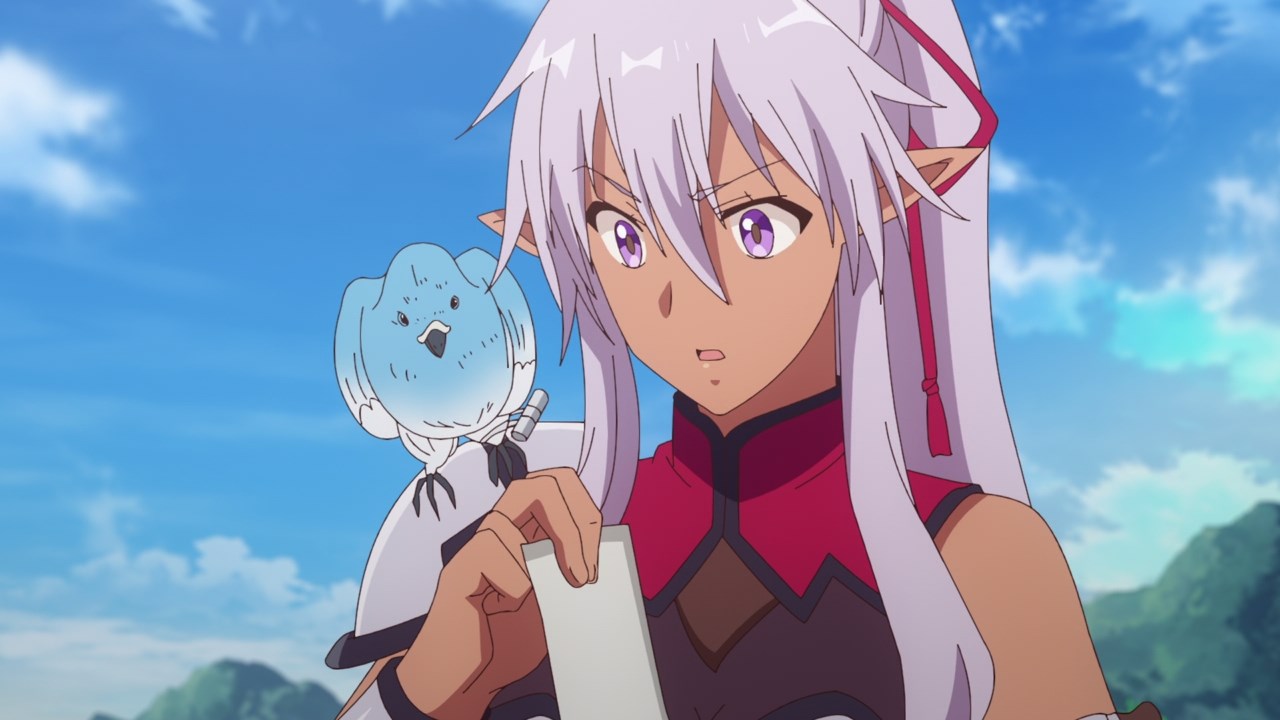 Unfortunately, the inspection is interrupted when Aisha Udgard received a message that her hometown was hit by a landslide.

Well then, looks like King Souma and his Forbidden Army should mobilize and rescue the dark elves as soon as possible. 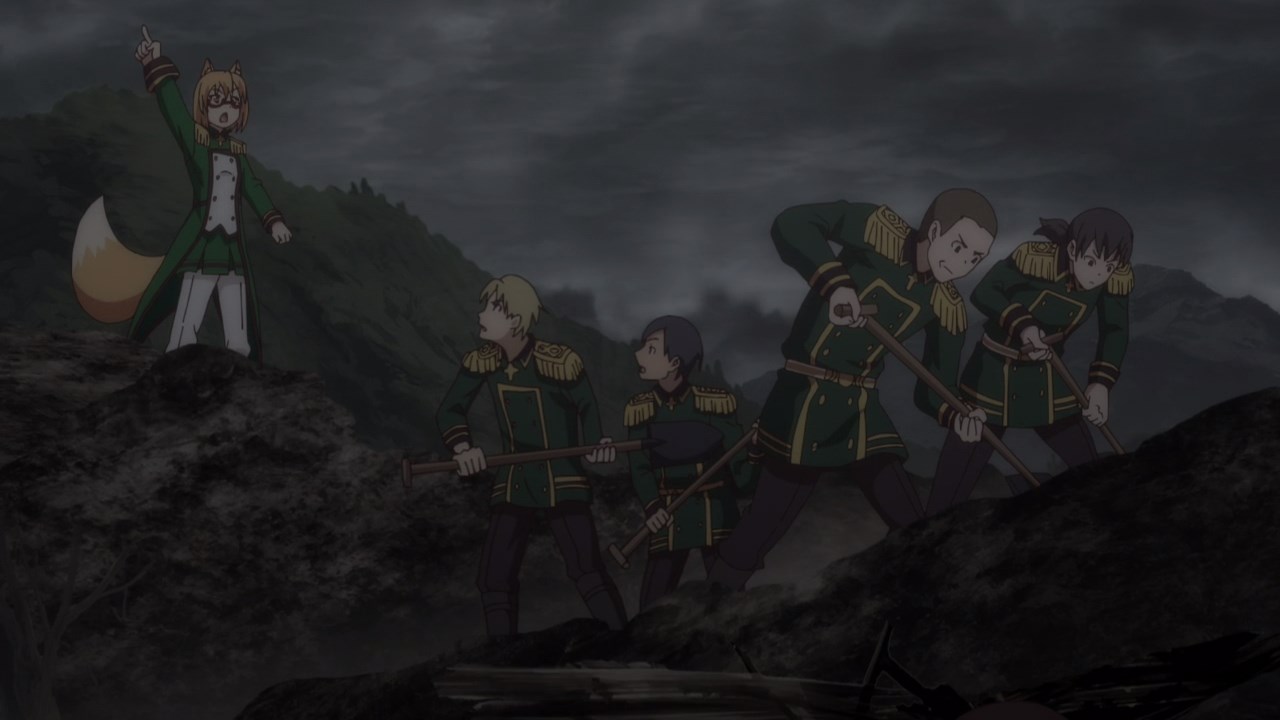 Anyways, they arrived at the God-Protected Forest where the Forbidden Army started their rescue operations right away.

With Kaede Foxia leading the operation, the army managed to rescue most of the dark elves that are trapped beneath the soil. 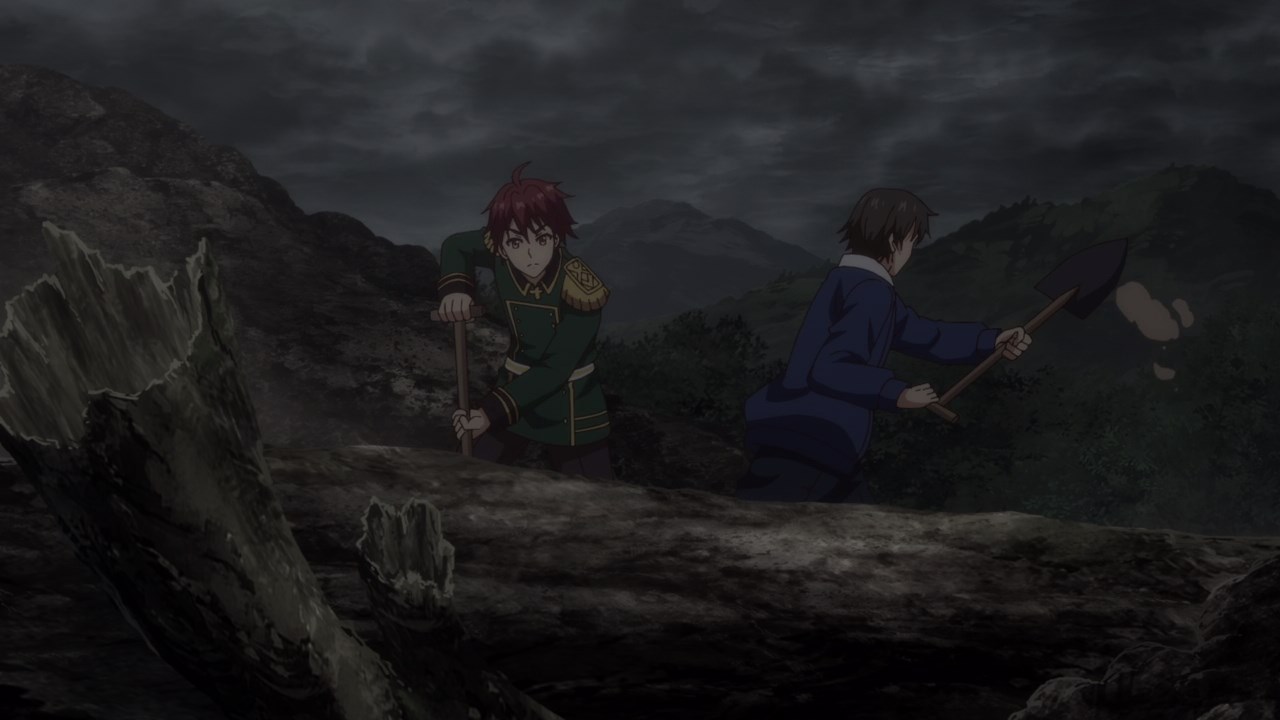 Oh yeah, here’s King Kazuya Souma where he helped the Forbidden Army in finding survivors. Heck, he used his Living Poltergeist magic to control his puppets and locate the dark elves who are still trapped. 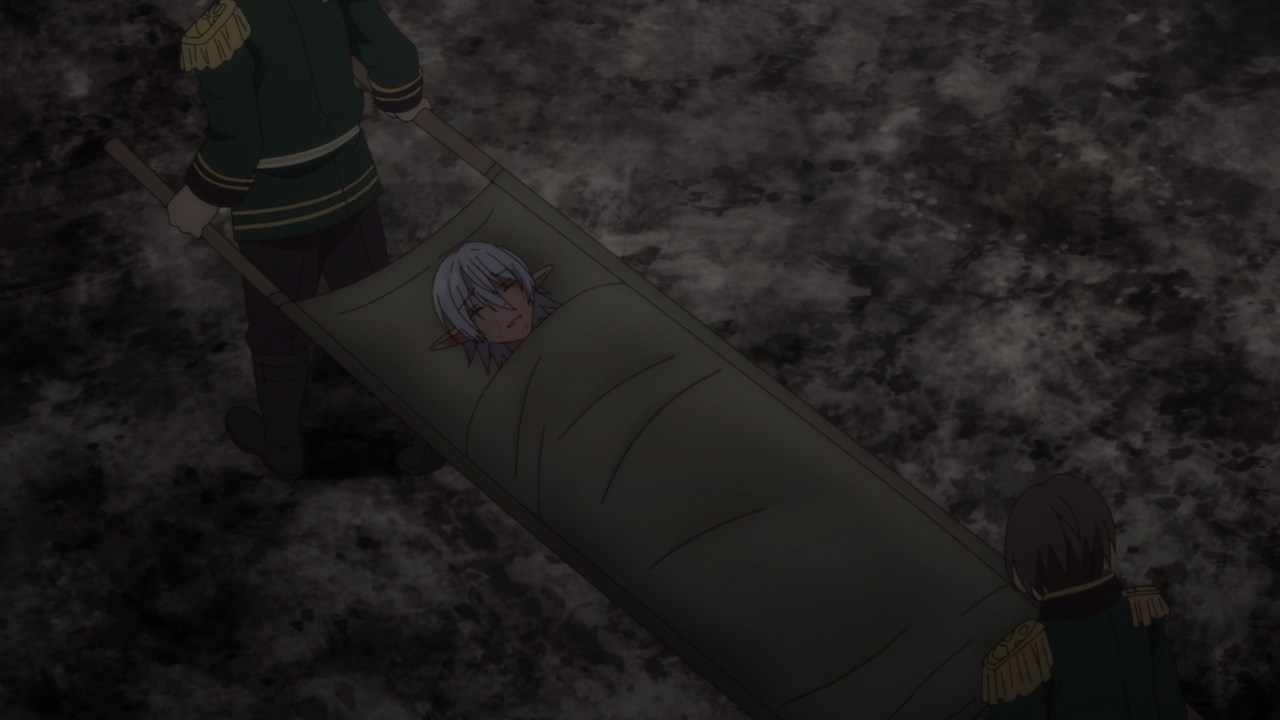 With that said, the Forbidden Army rescued most of the dark elves who are affected by the landslide. Quite impressive that the king’s army used their construction skills to excavate survivors. 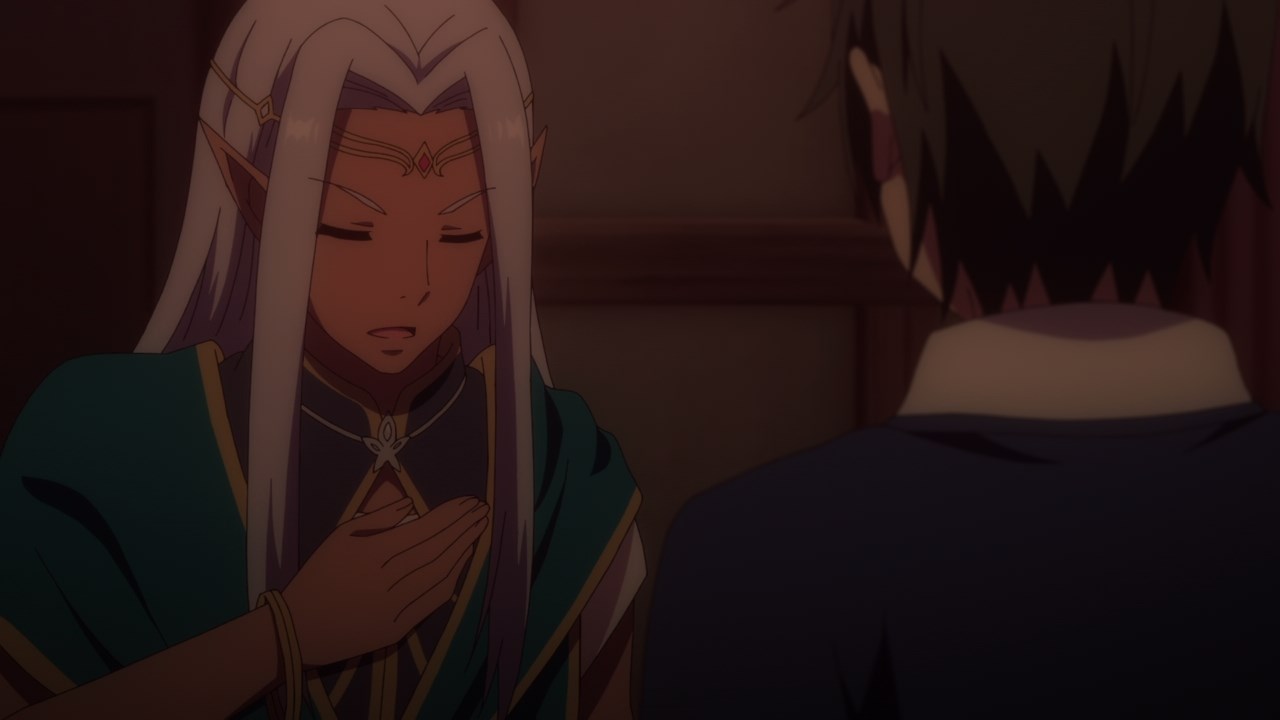 Still, Wodan Udgard thanked Kazuya Souma for arriving to the God-Protected Forest and saved his people. Unfortunately, there are some casualties in which it can be avoided had King Souma and his army arrived earlier. 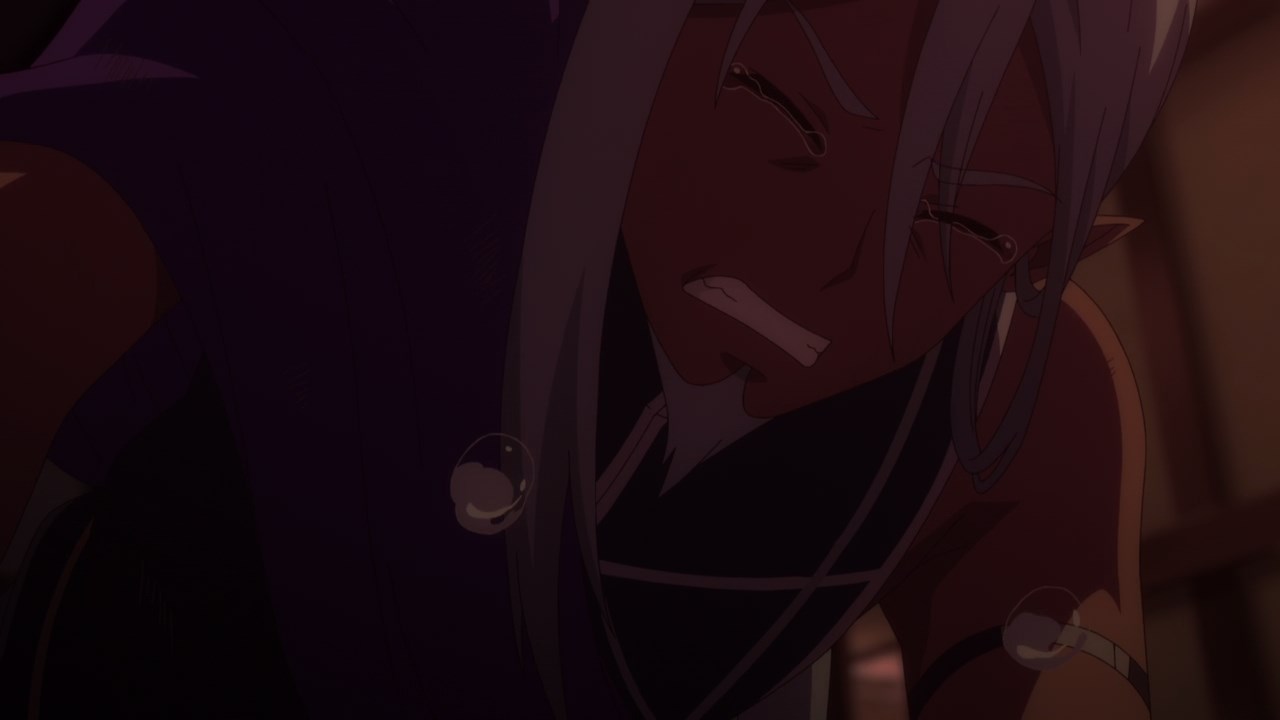 In fact, Aisha’s uncle Robthor lost his wife in the disaster while his daughter is still clinging to her life.

By the way, this is the guy who opposed Kazuya’s plan on removing the old trees to make way for the new ones. But sadly for Robthor, his opposition to the king’s thinning plan has backfired in which a landslide befall onto the God-Protected Forest. 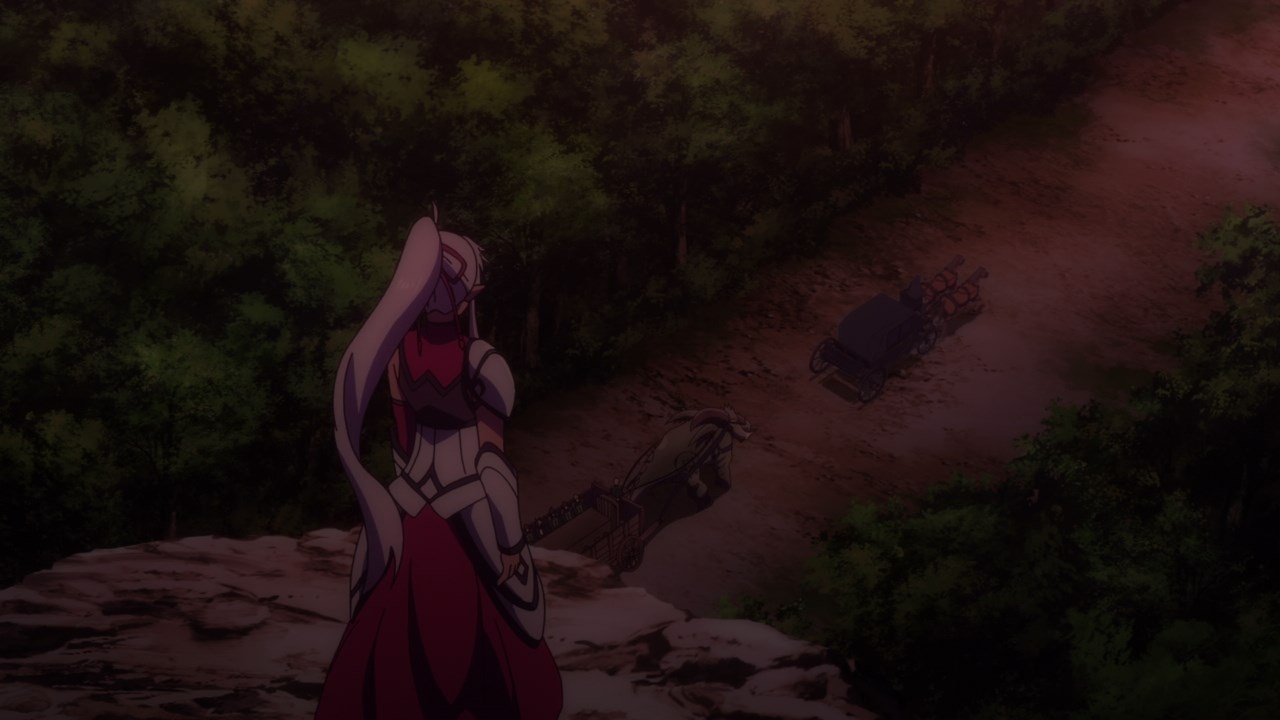 And so, Kazuya Souma and his Forbidden Army left the forest. While the Kingdom of Elfrieden managed to give relief goods and temporary shelter to the dark elves, it’s sucks that this disaster happened. 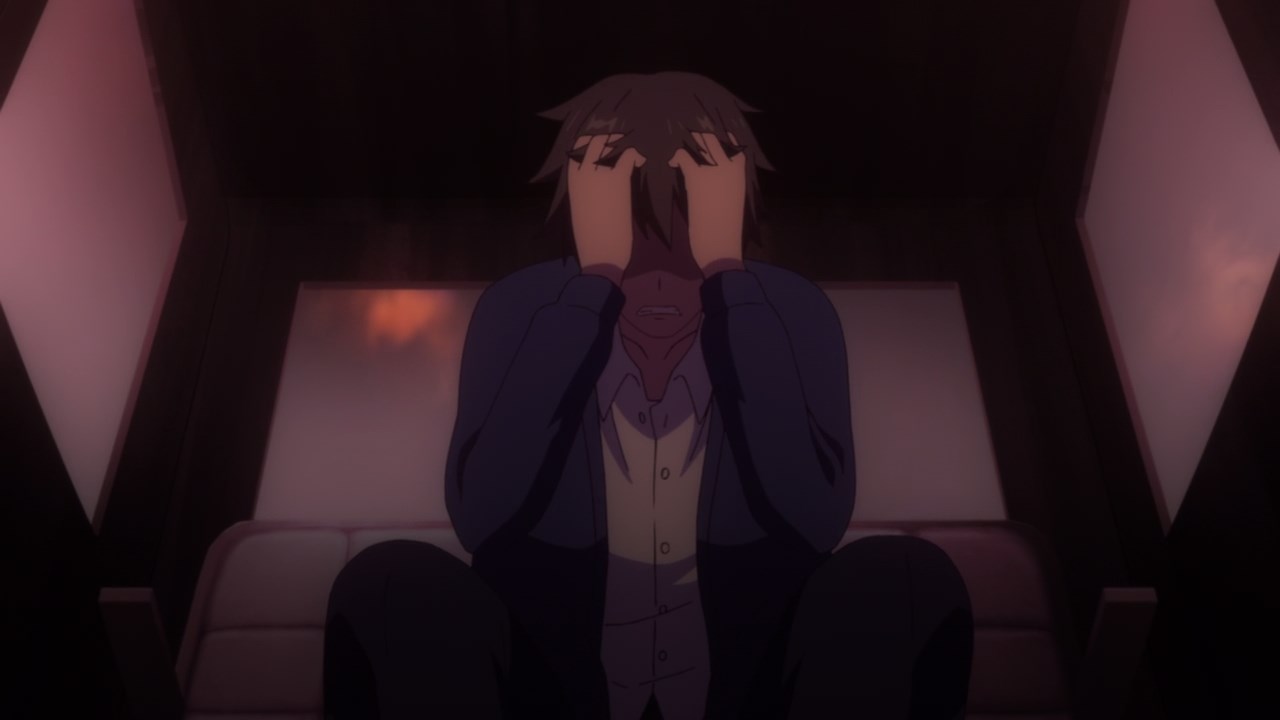 For King Souma, he blamed himself for not coming up a plan to prevent the landslide from destroying the God-Protected Forest. Man, I felt sorry towards Kazuya ’cause he did his best to save most of the dark elves. 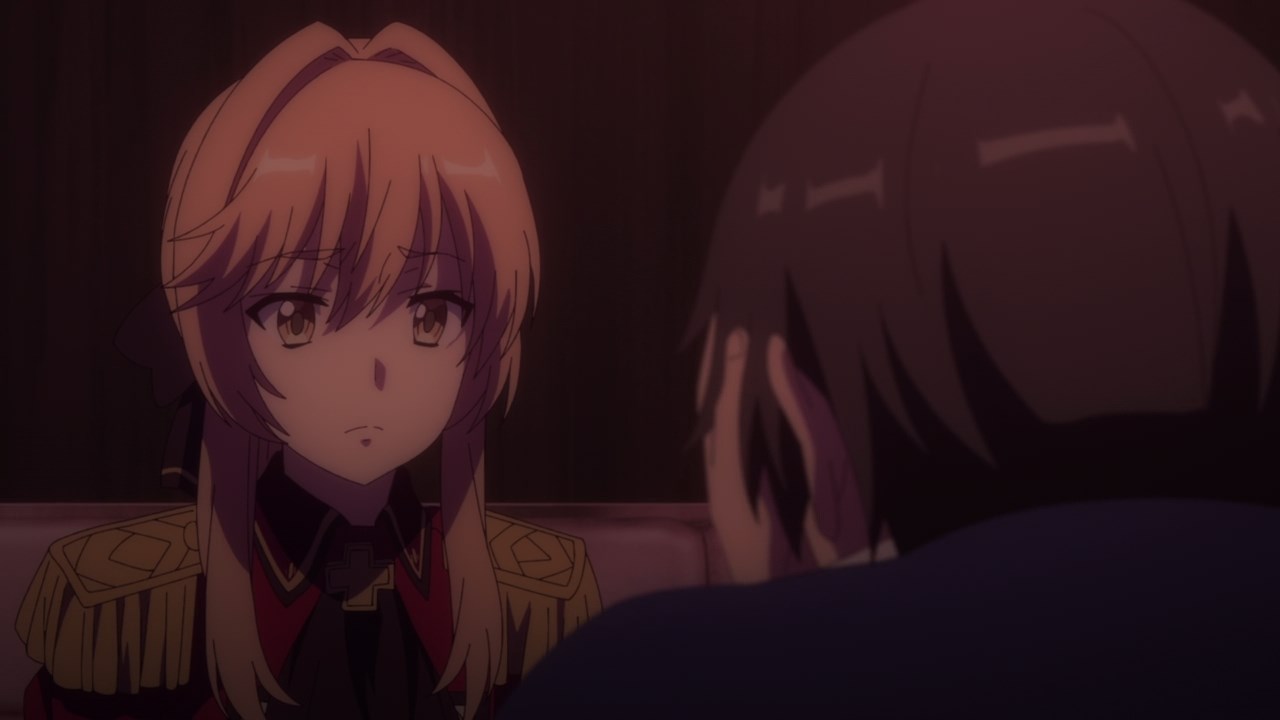 With that said, looks like Kazuya will have to come up with a long-term strategy in preventing casualties due to disasters. But seriously, the realist king is real busy in saving the kingdom from being invaded by other countries.

Anyways, I’ll see you next time where I’m hoping that there won’t be another tragedy that would derail Kazuya’s plans.