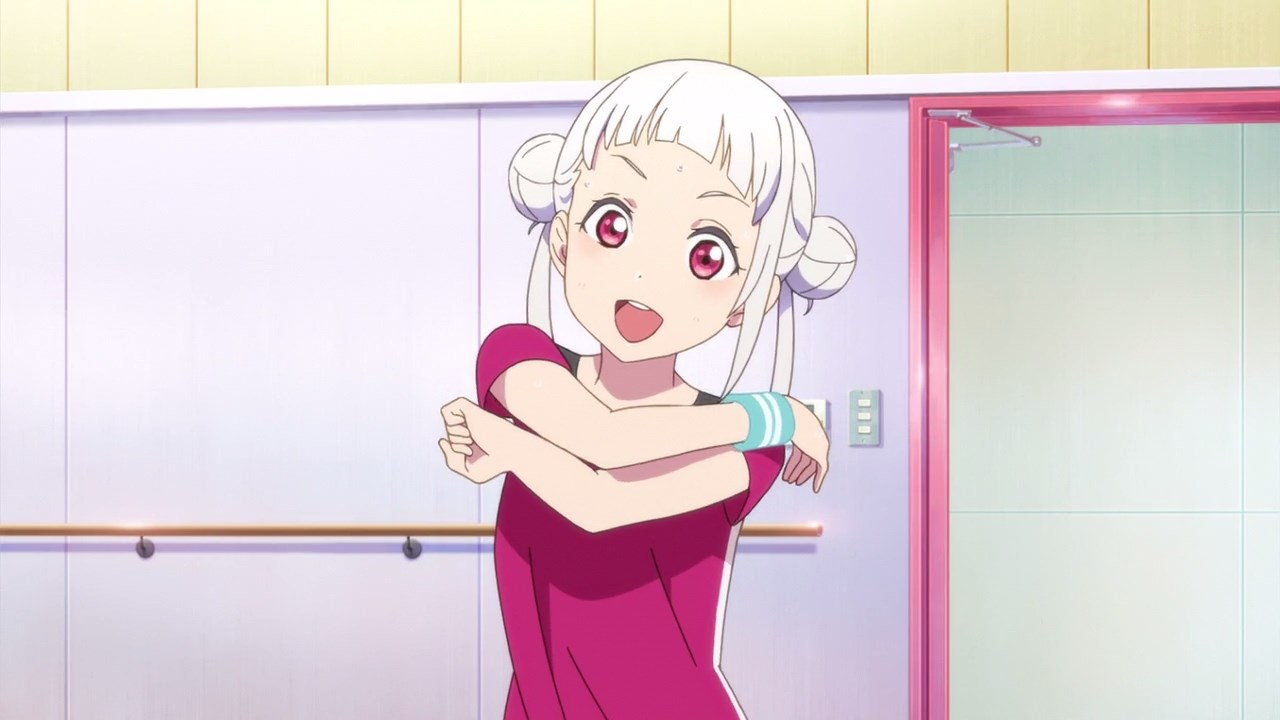 Let’s start this episode with Chisato Arashi where she’s polishing her dancing skills in preparation for the upcoming dance contest. I guess it’ll take some time for Arashi to join the school idol club. 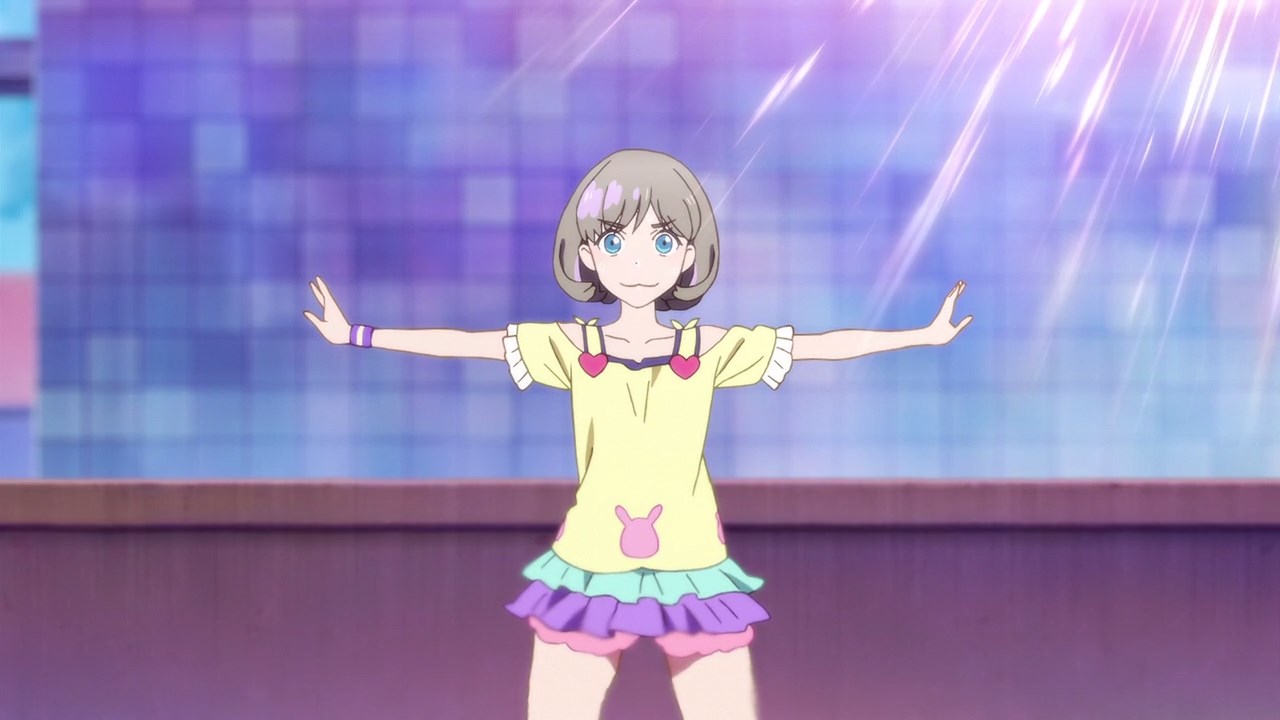 Speaking of the school idol club, here’s Keke Tang where she’s ready for the training camp… 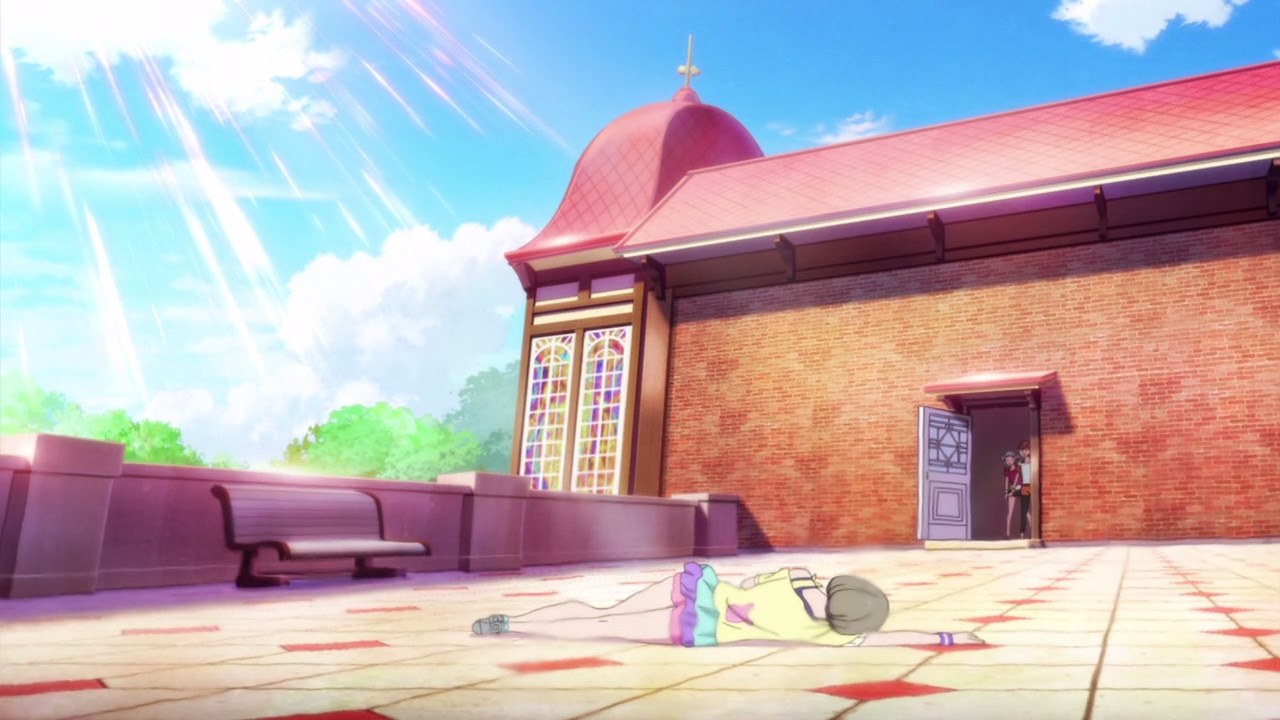 …only for Keke to collapse due to hot weather. Man, I feel bad for Keke Tang as she not only has low stamina, but she can’t stand the heat. 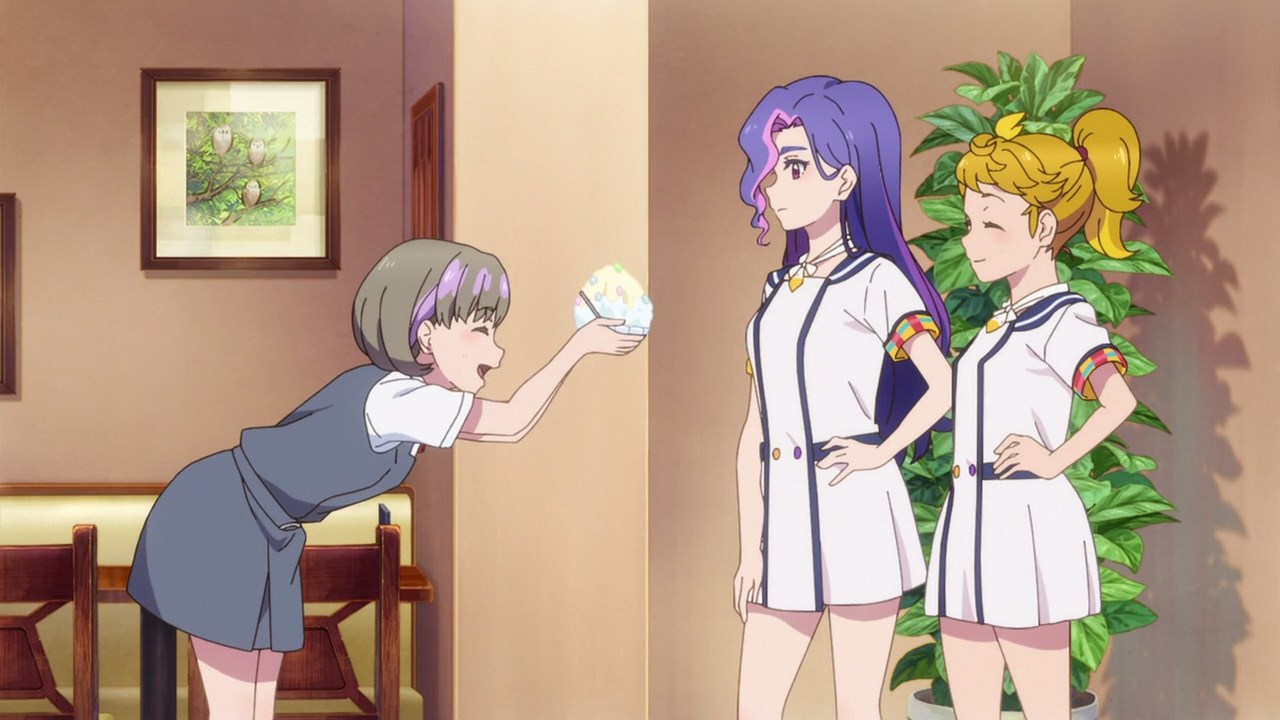 But when it comes to meeting school idols like Sunny Passion, Keke got back up as she offered a bowl of shaved ice. Um Keke Tang, there’s no need to offer shaved ice to them.

Speaking of Sunny Passion, both Mao Hiiragi and Yuna Hijirisawa invited Kanon Shibuya and the rest to their concert being held in their personal island. Well, not really personal but it’s nice that Sunny Passion decides to invite the newcomers. 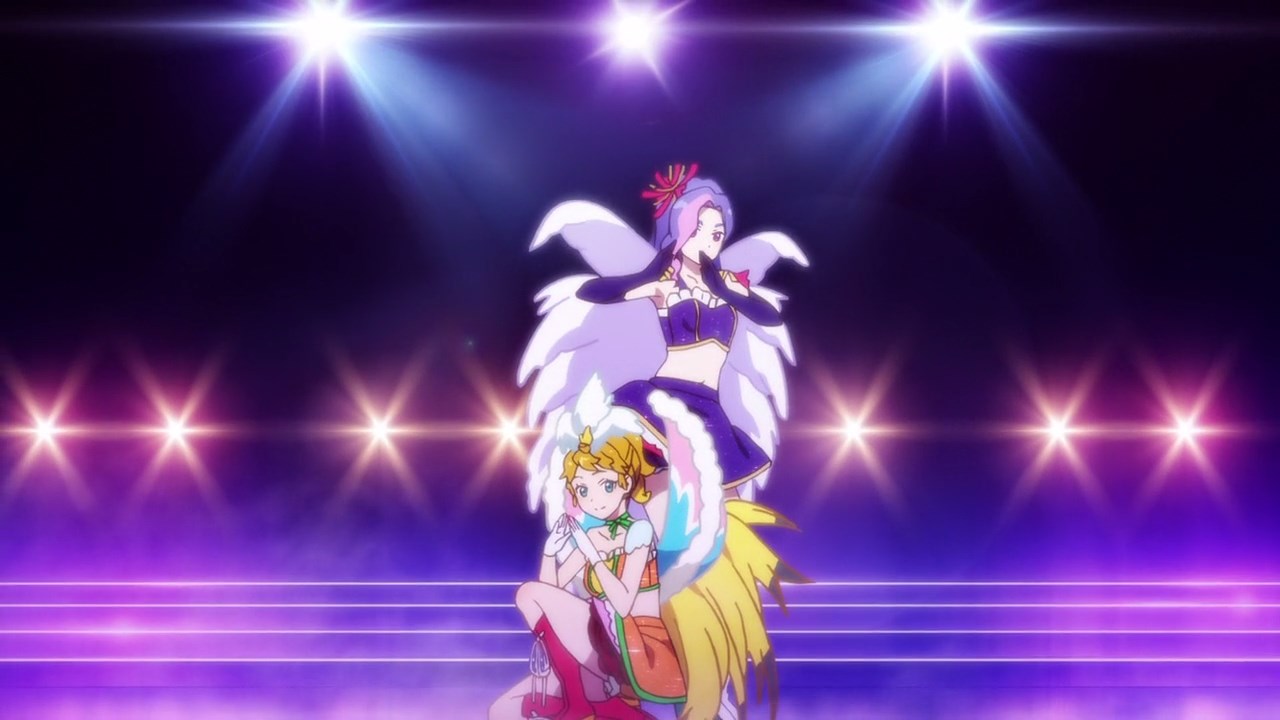 Also, fanservice where SunnyPa performed in front of Keke Tang, although I wish the full version of their song is released as a single. 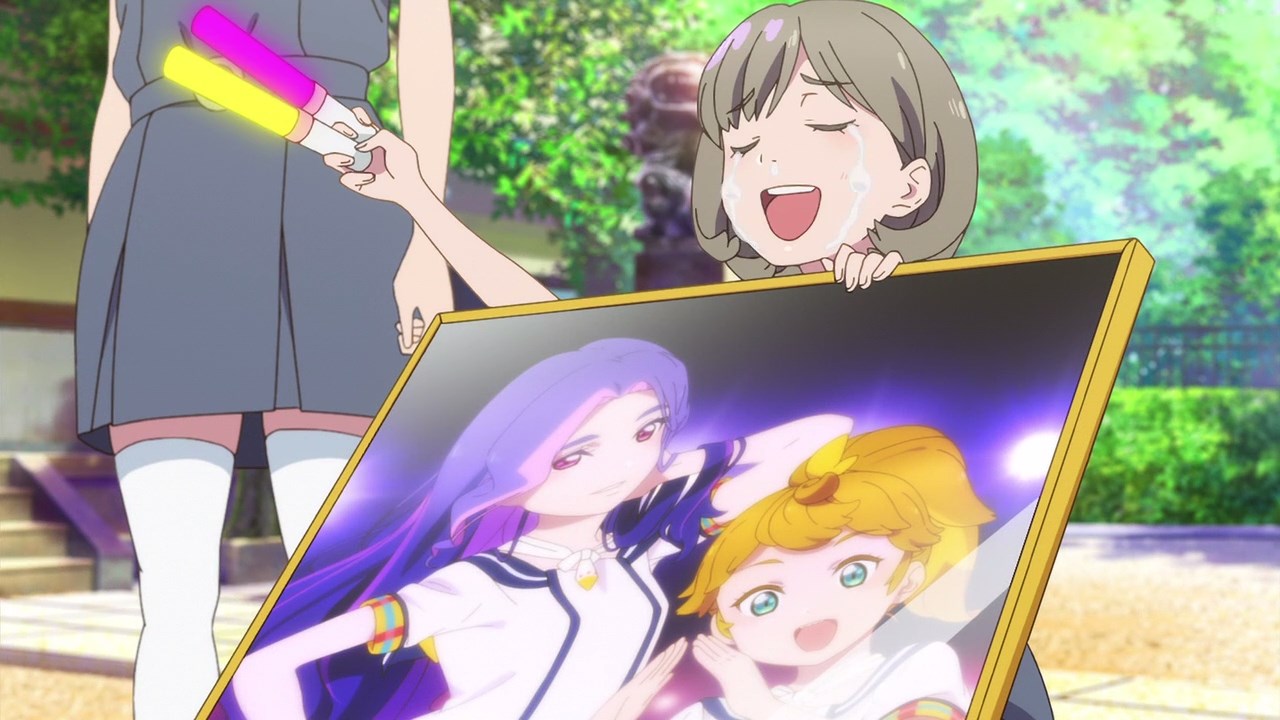 Of course, Mao Hiiragi and Yuna Hijirisawa are curious on why Kanon and Keke made a stunning performance at the Yoyogi School Idol Festival which they earned the Best Newcomer award. 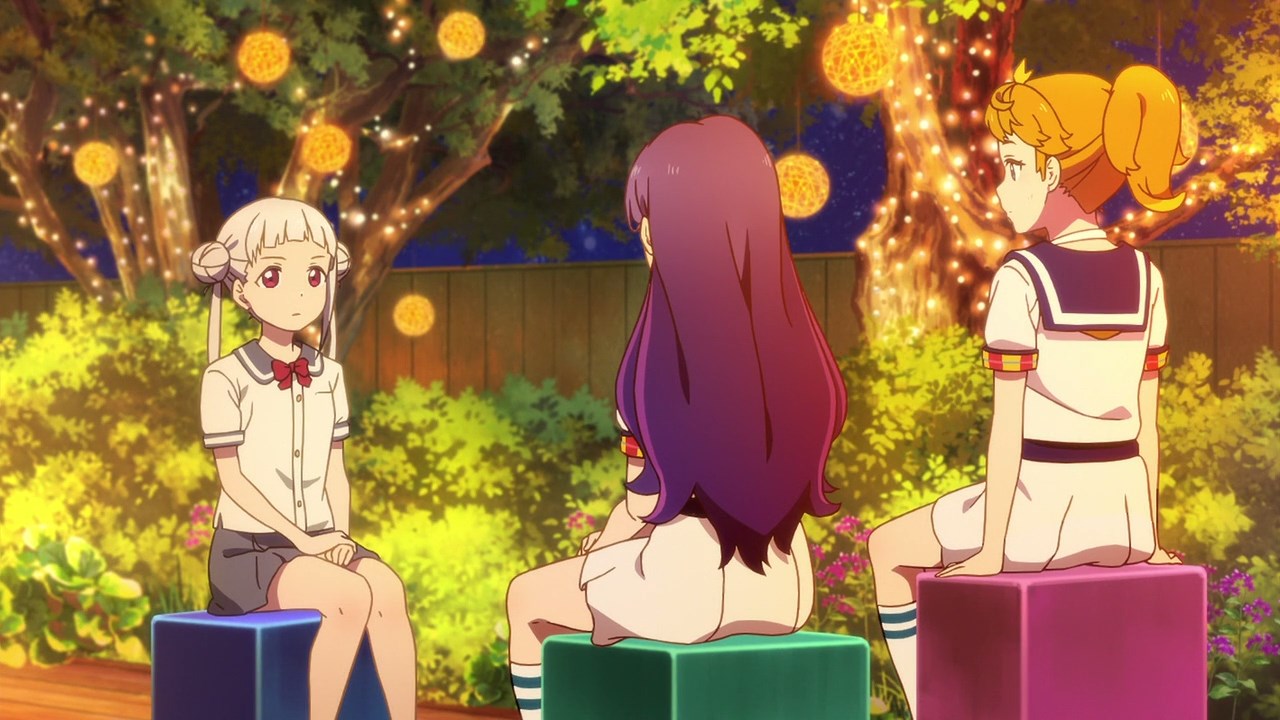 So, they talk to Chisato Arashi in which she’s responsible for the dance choreography. Of course, Chisato is neither a school idol nor a coach to both Kanon and Keke as she’s just a helper.

Still, Mao and Yuna really wanted Chisato to become a school idol simply because she has talent. Unfortunately, Arashi is really focused on the upcoming dance competition. 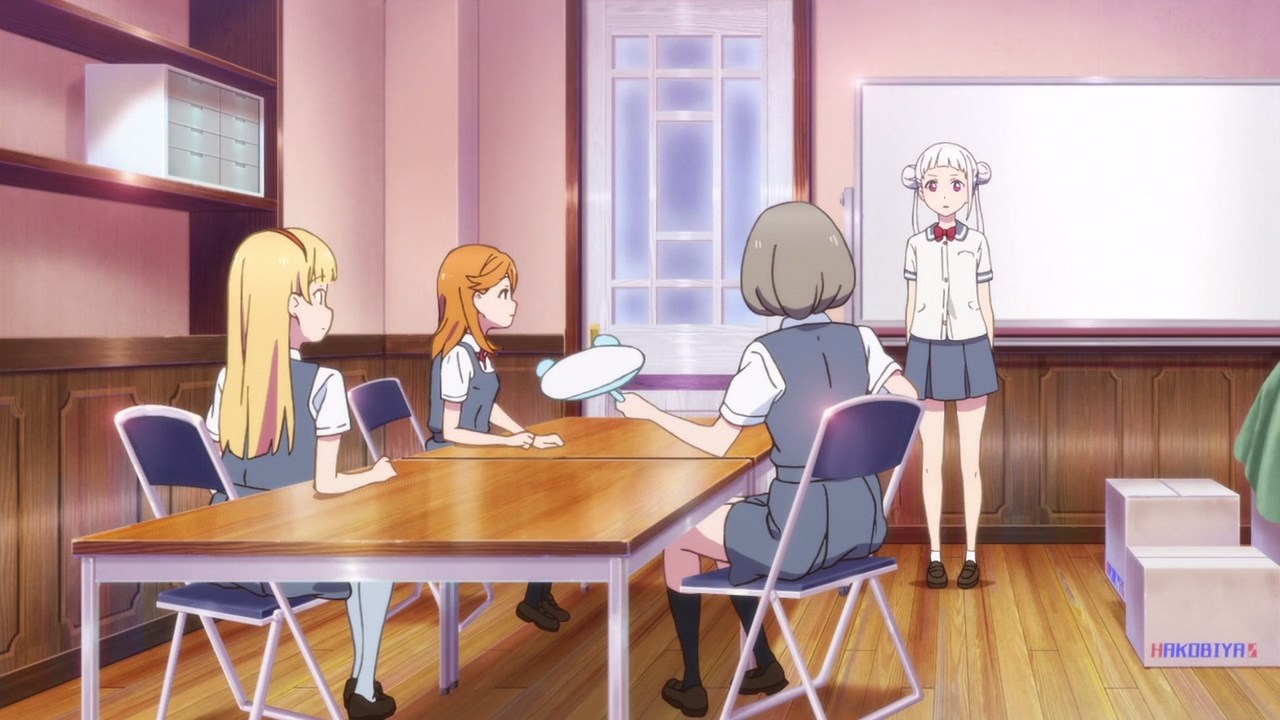 Therefore, Chisato told Kanon and the rest that she won’t join them. That’s a shame, but I hope Chisato will succeed in the dance competition. 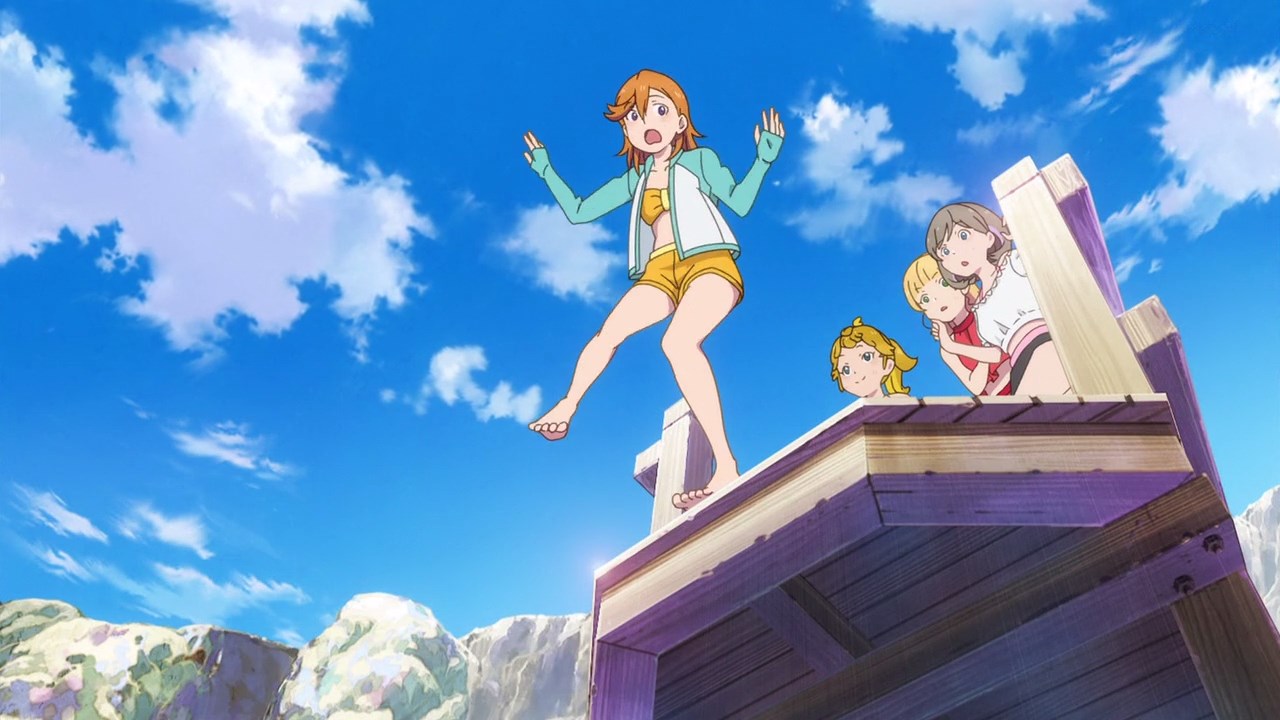 Anyways, Yuigaoka Girls’ Academy’s school idol club has arrived at Passion Island where Kanon and the rest have fun at the beach. 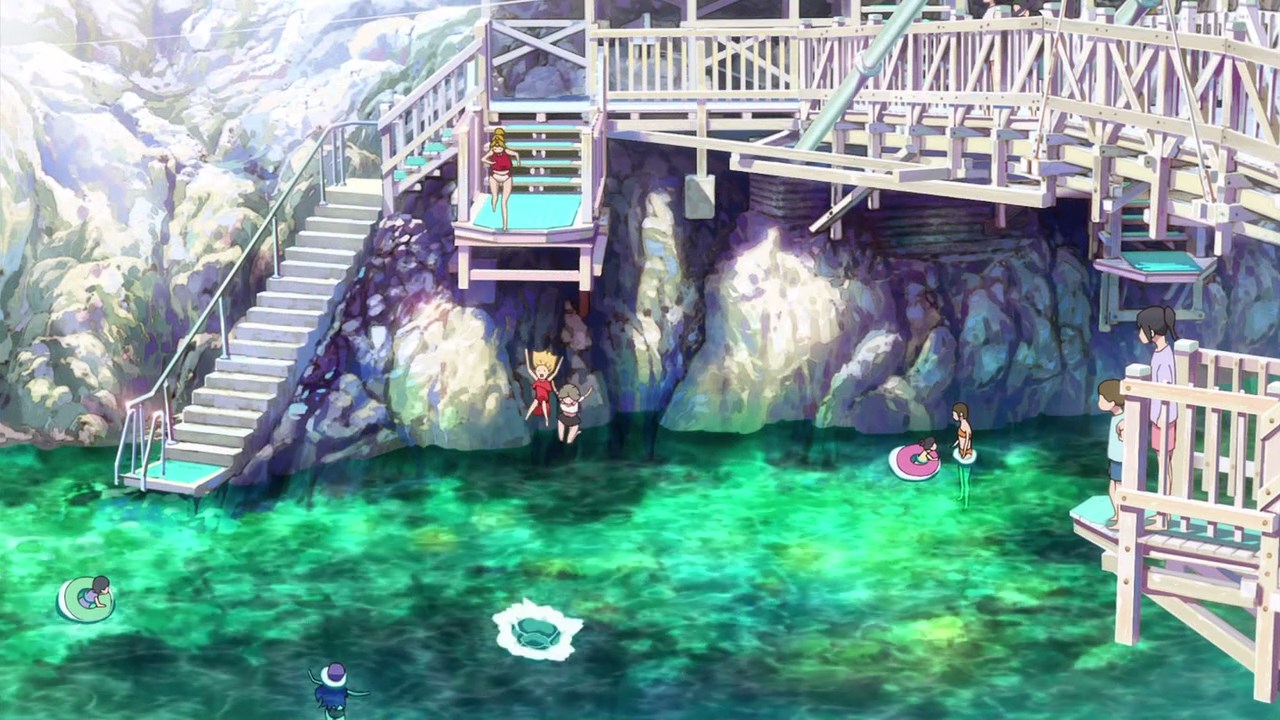 Of course, once they’re done enjoying themselves at the beach, Kanon Shibuya and the rest will focus on their training ’cause they can’t disappoint the host. 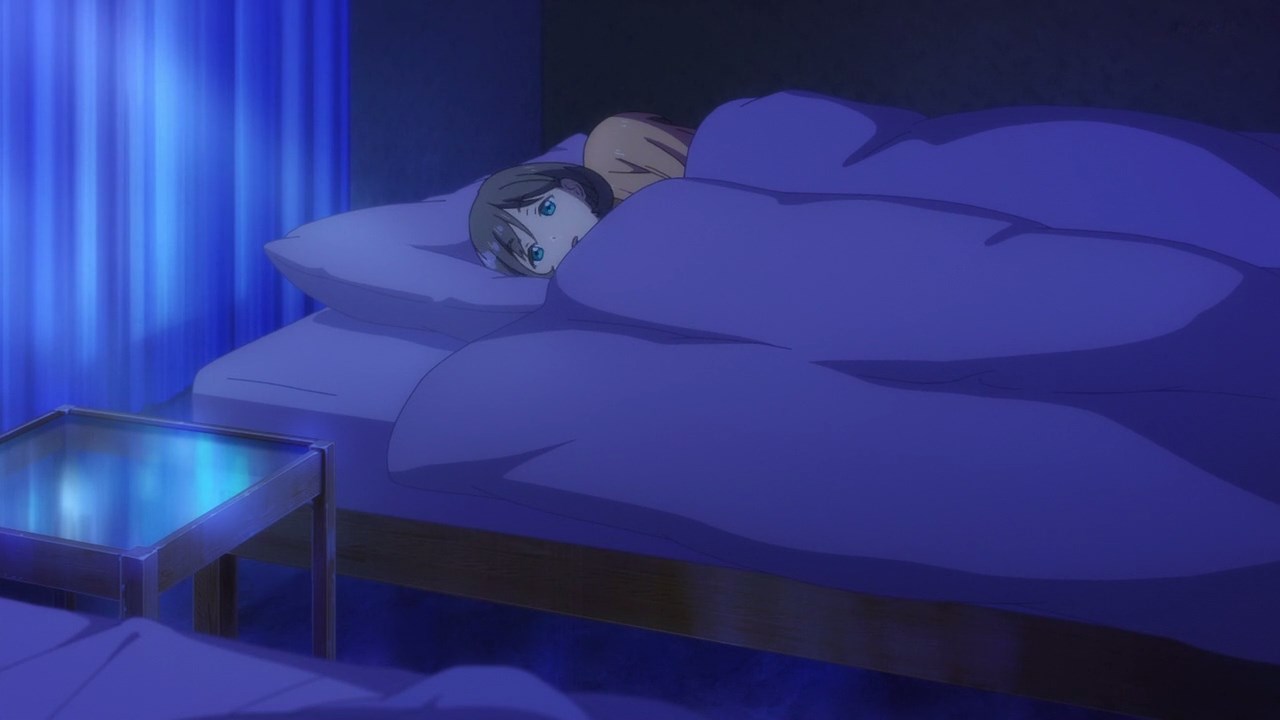 Meanwhile, someone went outside in the early morning as Keke Tang found out that Kanon Shibuya got out of her bed. Okay, where is she? 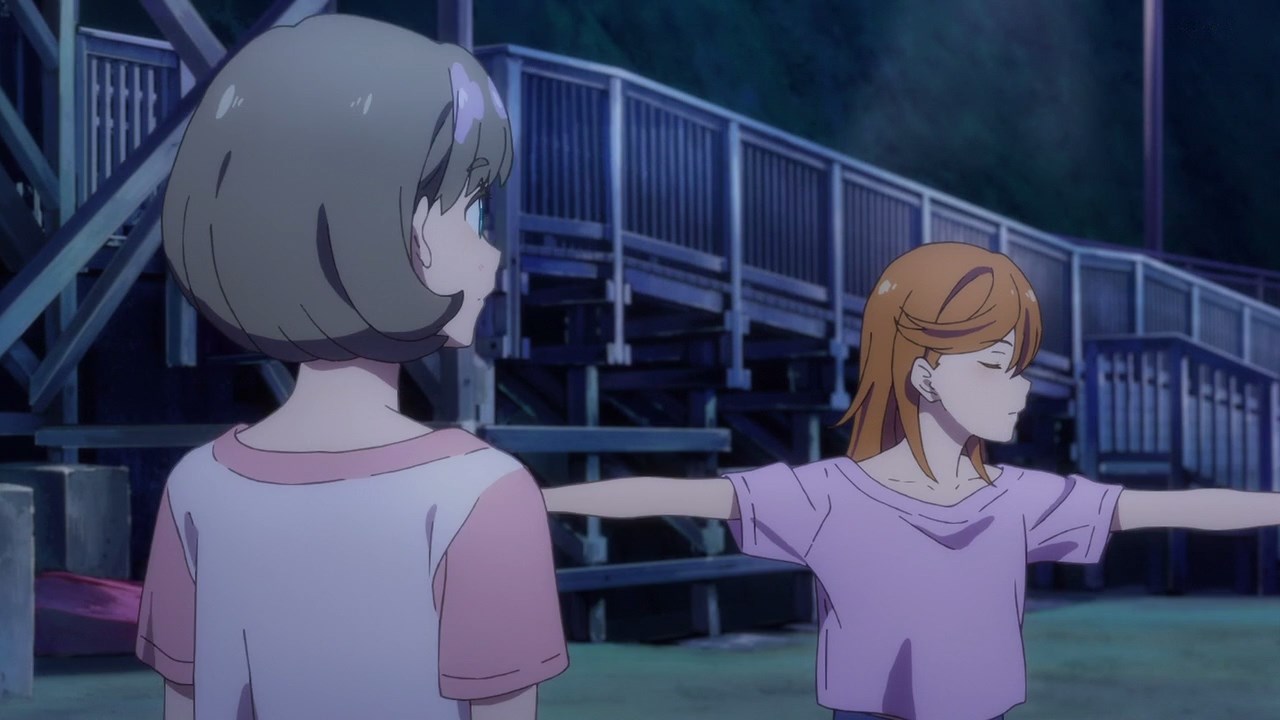 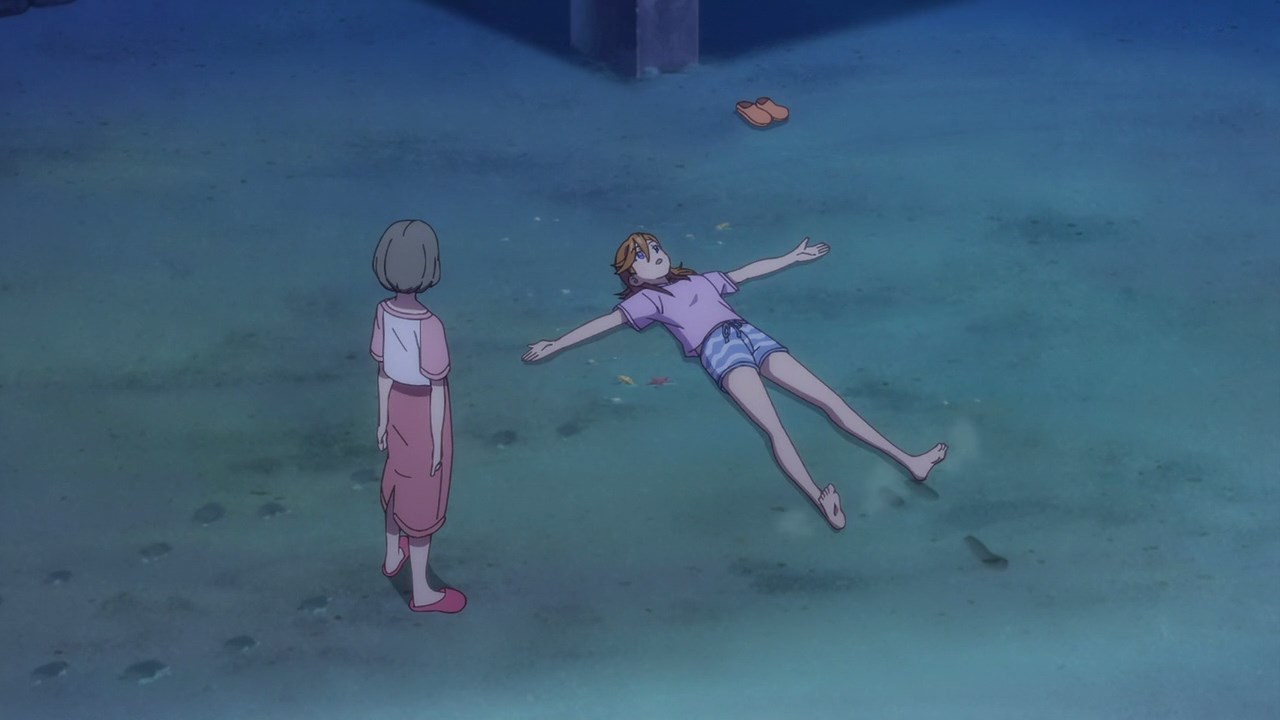 Man, I hope that the school idol club will do better in their training camp ’cause there will be a time that they’ll compete in the Love Live! competition together with Sunny Passion. 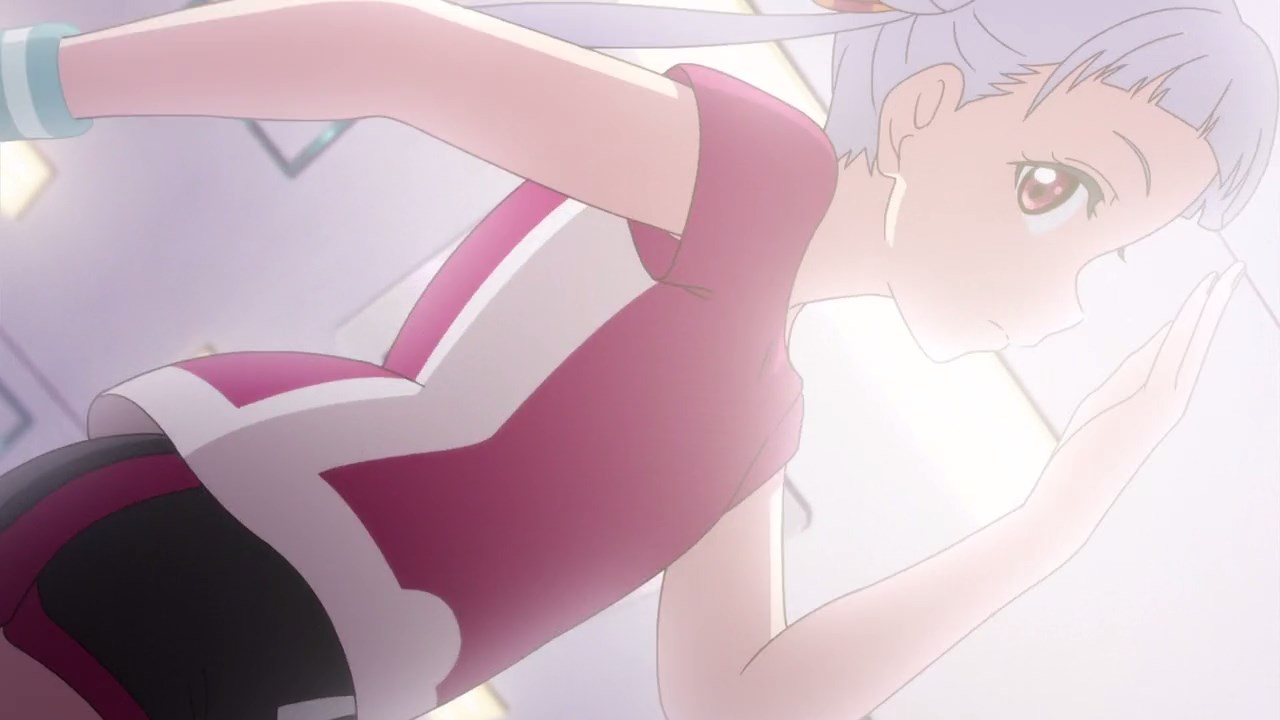 Let’s end this episode with Chisato Arashi where she’s still practicing for the upcoming dance contest. While it’s sucks that she didn’t join the training camp, something feels different… 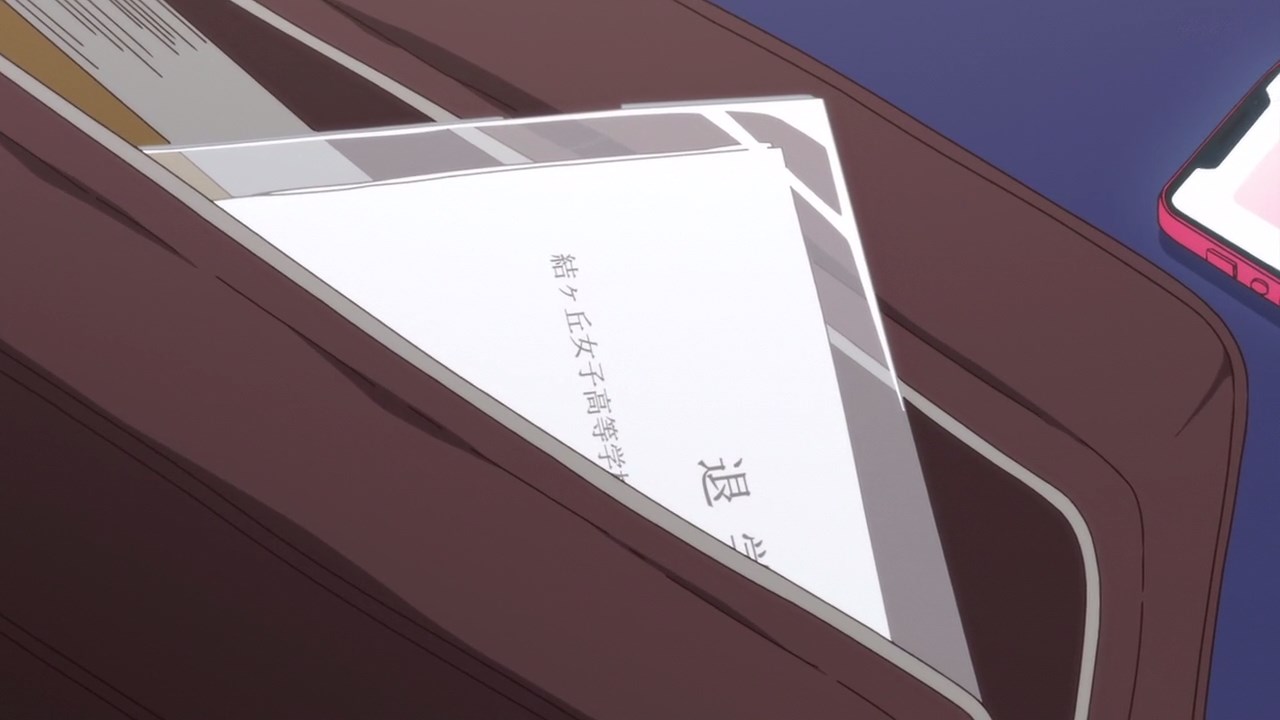 See that paper over there? Looks like a notice of withdrawal form. Don’t tell me that Chisato is gonna join the school idol club soon?

Anyways, I’ll see you next time as Kanon Shibuya and the rest are still staying at Passion Island.