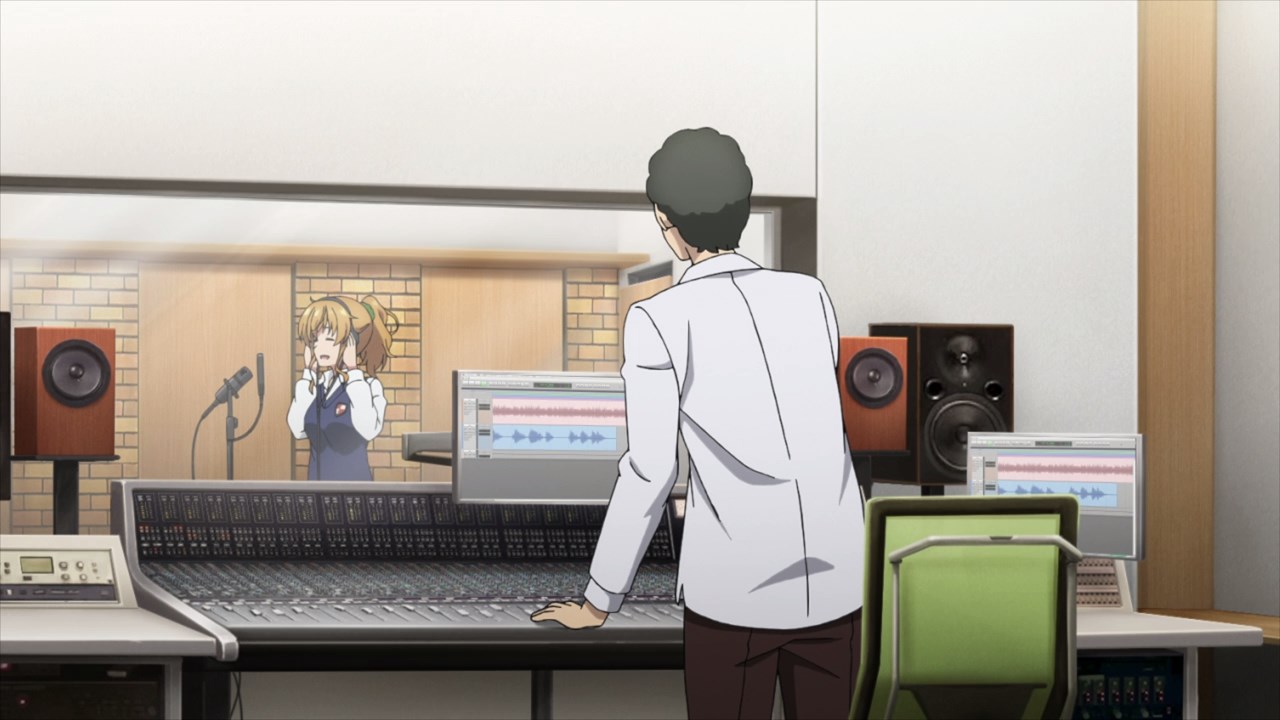 Anyways, Share House Kitayama’s visual novel project is falling behind schedule as they haven’t finished the last route. While cutting some parts is an easy option, Kyouya Hashiba decides to make alterations even though the likes of Aki Shino and Tsurayuki Rokuonji want to add more stuff. 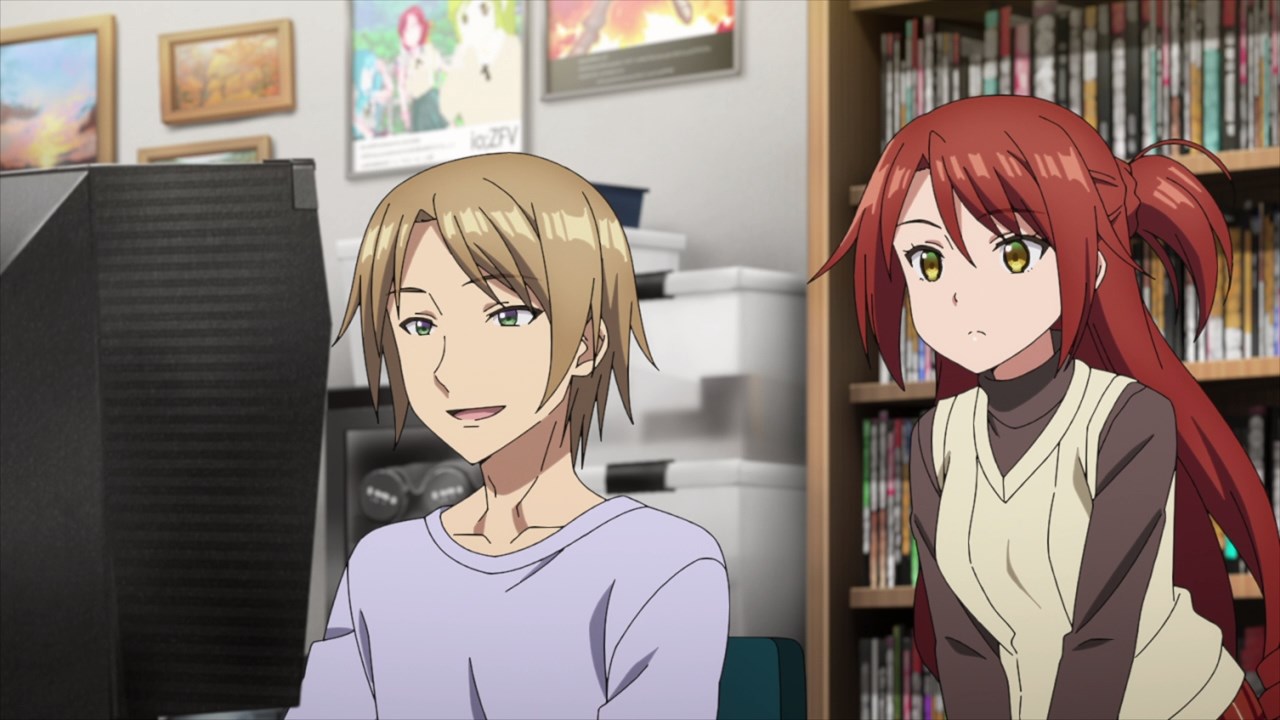 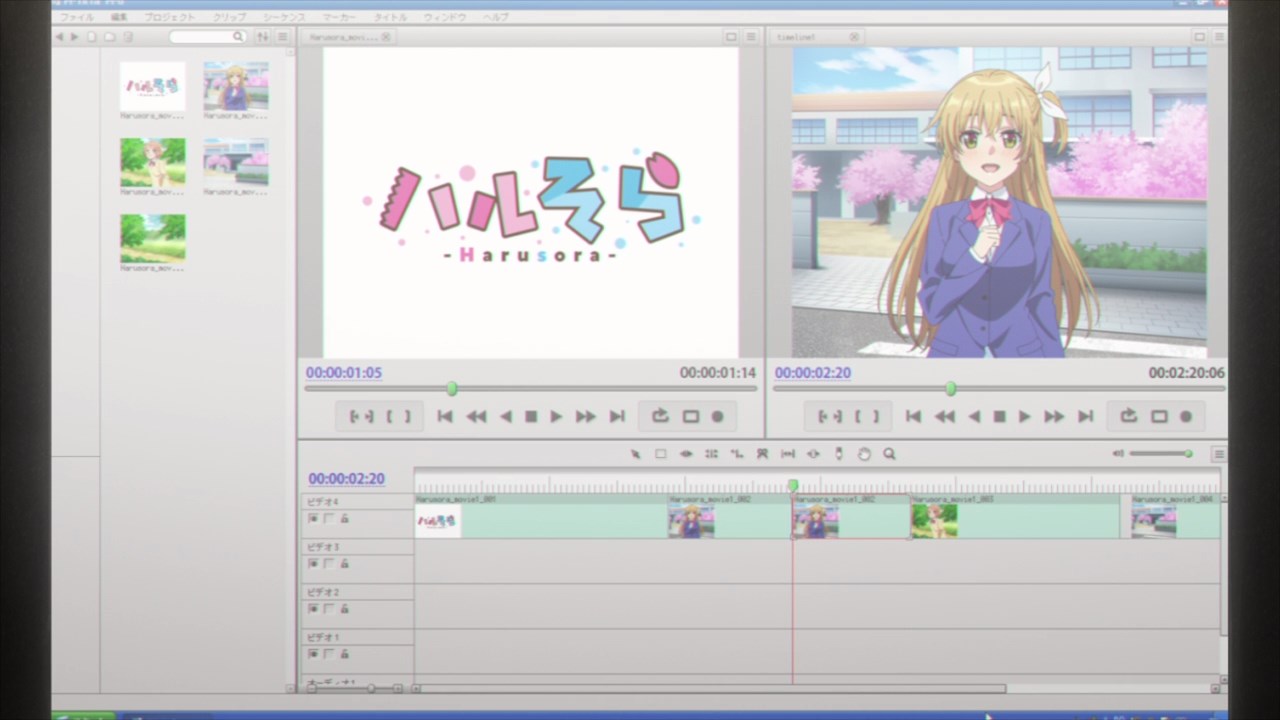 Meanwhile, we have Eiko Kawasegawa where she’s learning how to edit videos with Takashi Kiryu. I’ll say that her experience when it comes to cinematography will shining though as Eiko will become a great project leader someday. 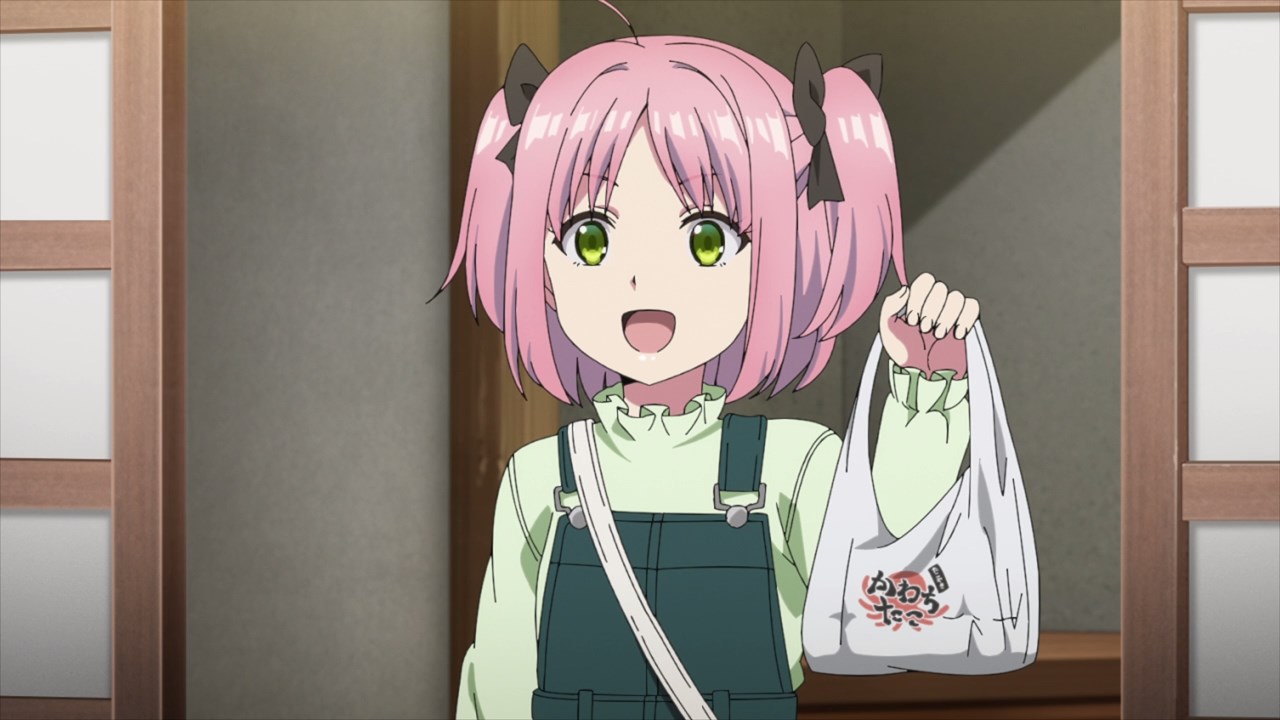 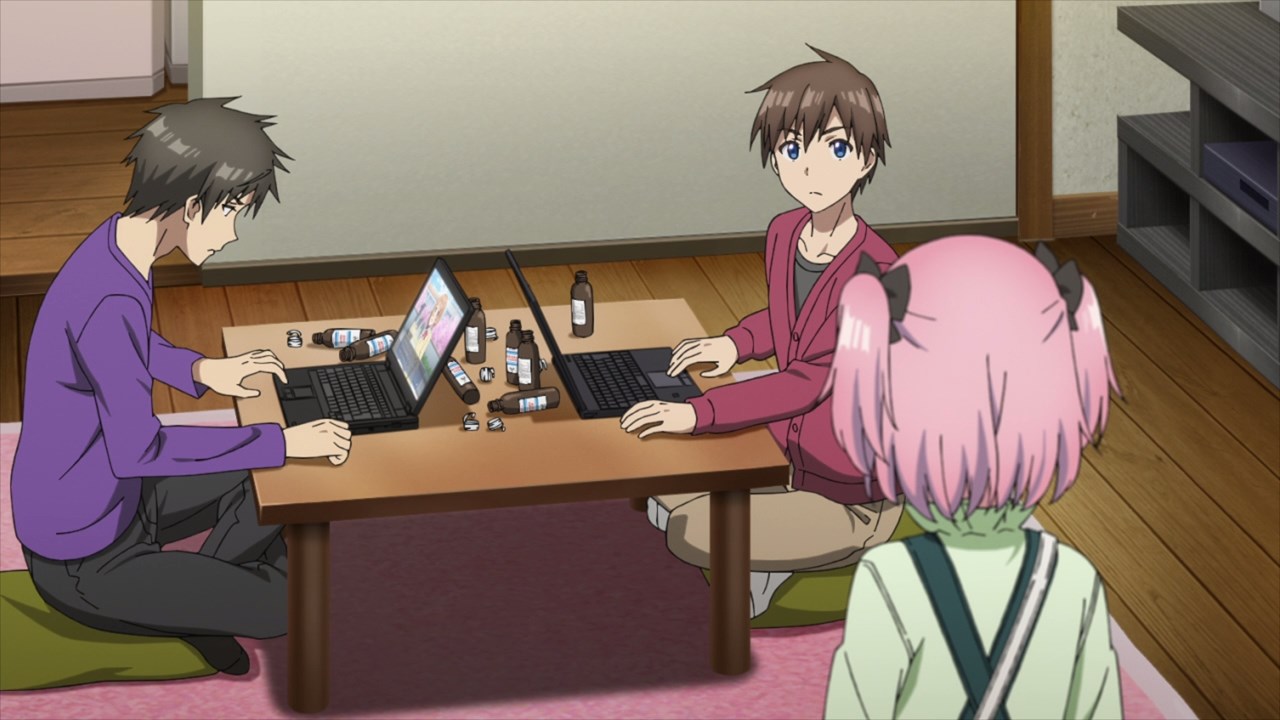 Unfortunately for Tomioka, it’s chaotic where Hashiba and the rest are scrambling to fix a lot of bugs before the deadline. Oh boy, I have a feeling that their game might not sold well due to their rushjob. 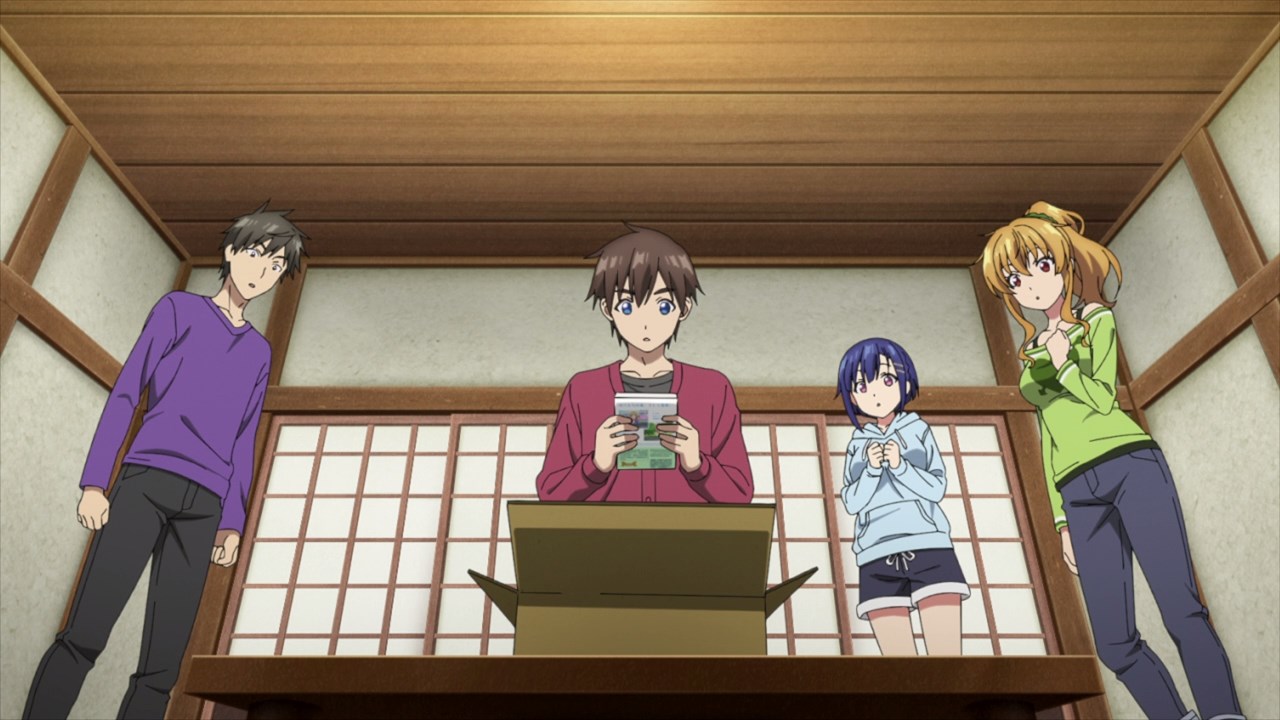 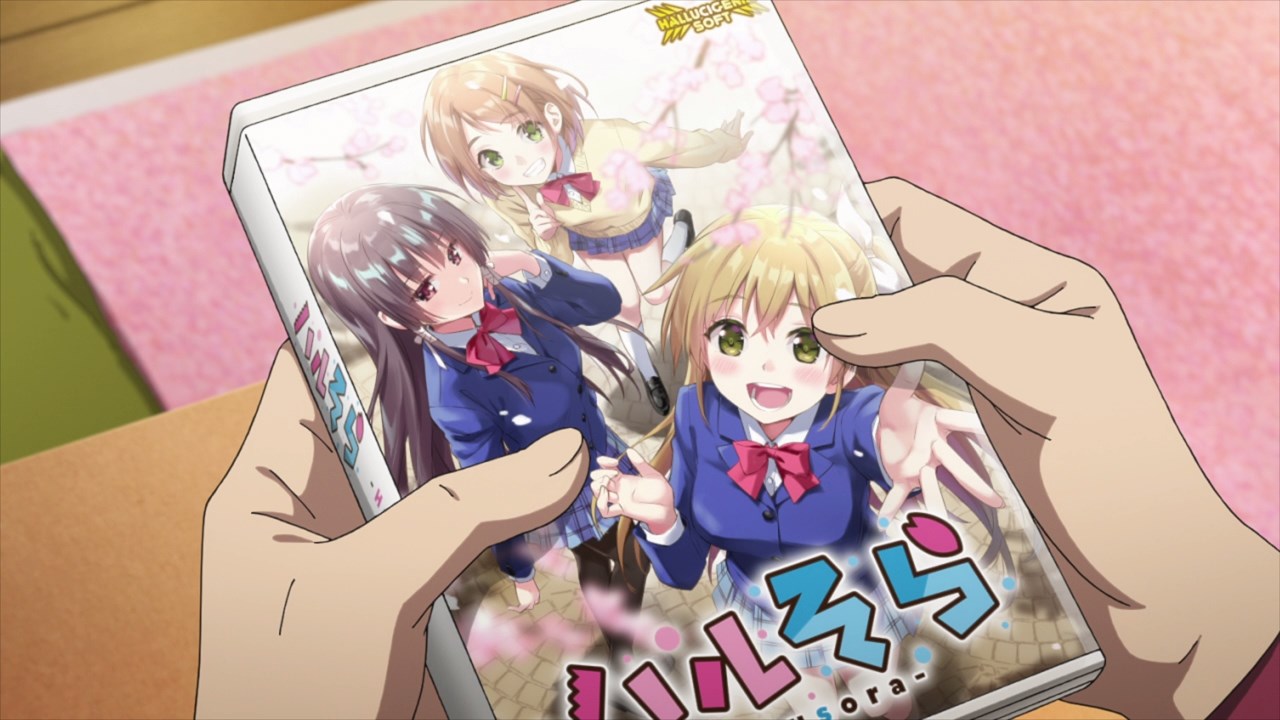 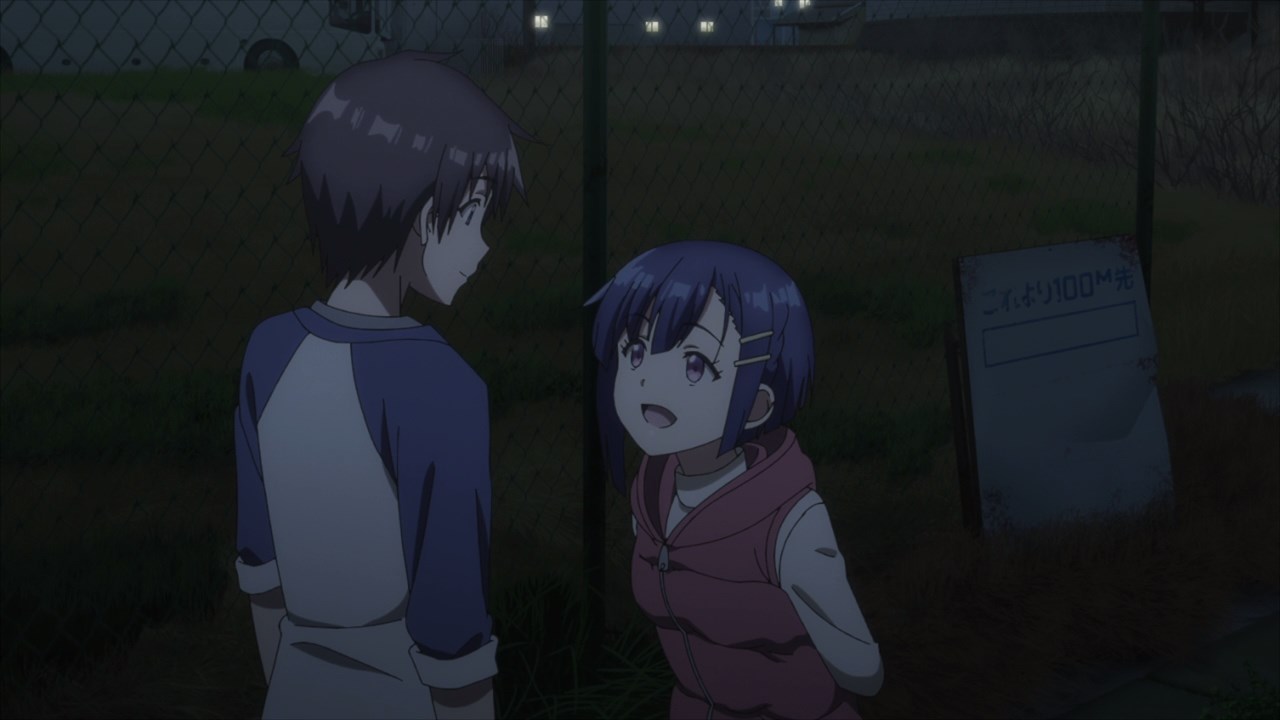 On the other hand, here’s Aki Shino where she wants to tell something to Kyouya Hashiba, but Aki told Kyouya that everyone at Share House Kitayama believes in him.

Aw, that’s so sweet but anyways, it’s time pay Tsurayuki’s tuition fees now that they have the money from selling their first visual novel. 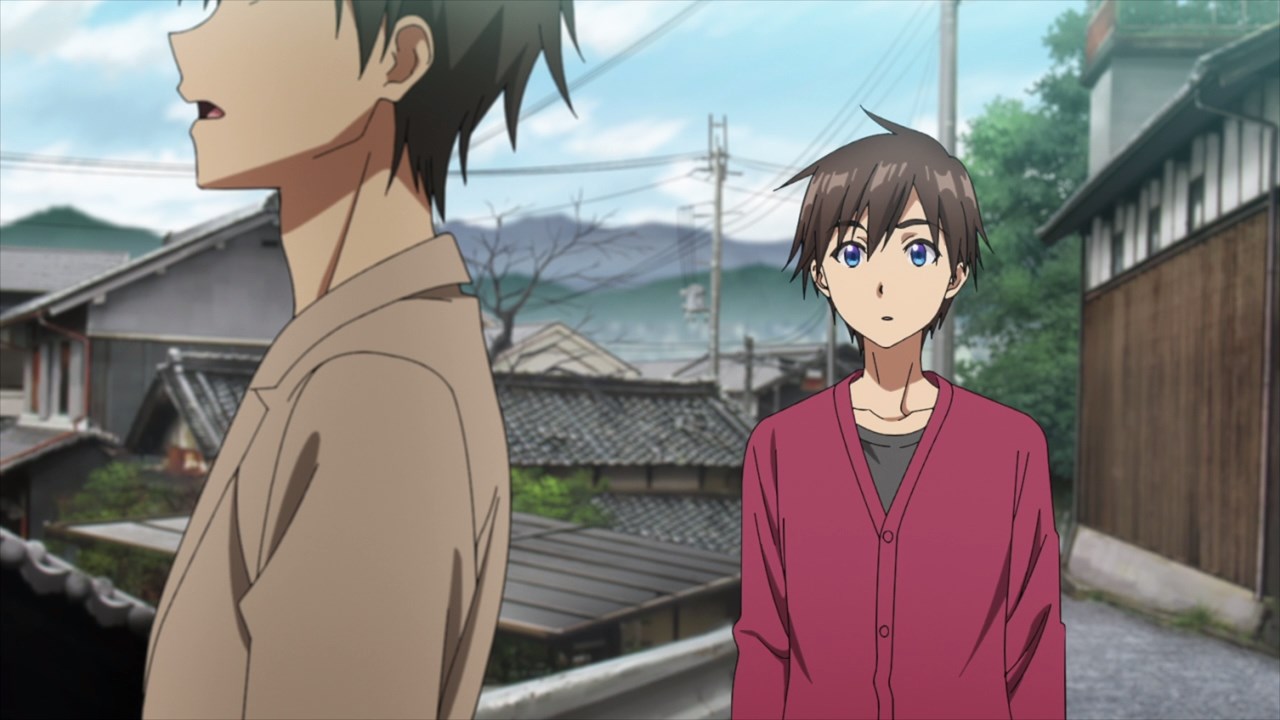 Unfortunately, it appears that Tsurayuki Rokuonji decided to drop out of Oonaka Art School. Wait, what did he say!?

While the profit that they received is enough to pay his tuition fees, Tsurayuki felt that he might get very dependent on Kyouya’s guidance. Furthermore, he might not get his career further on his own, which is why his future as a writer came crashing down.

Oh yeah, Hashiba tries to convince Rokuonji to continue his dreams, but it’s not enough to save Tsurayuki’s career. This really sucks! 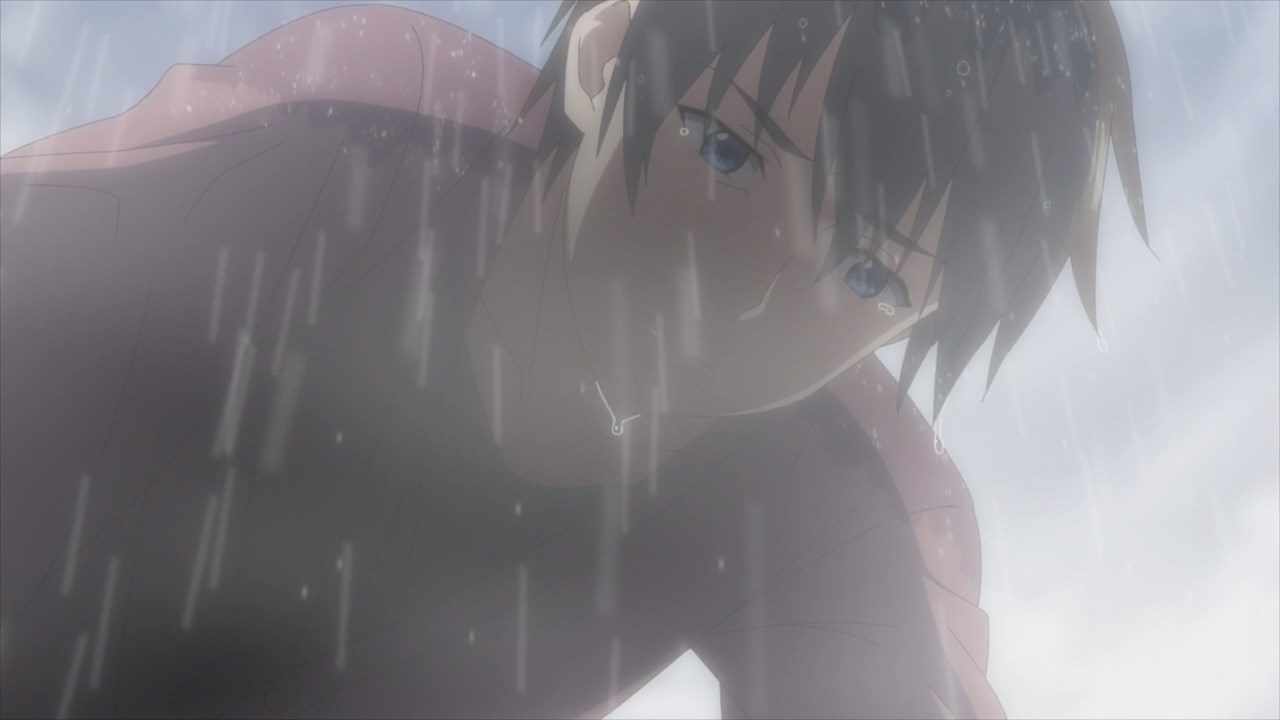 Anyways, it’s really a dark day on this episode where after making their first doujin game together, it looks like Share House Kitayama will only have 3 tenants, all because Kyouya Hashiba couldn’t save Tsurayuki Rokuonji’s future. 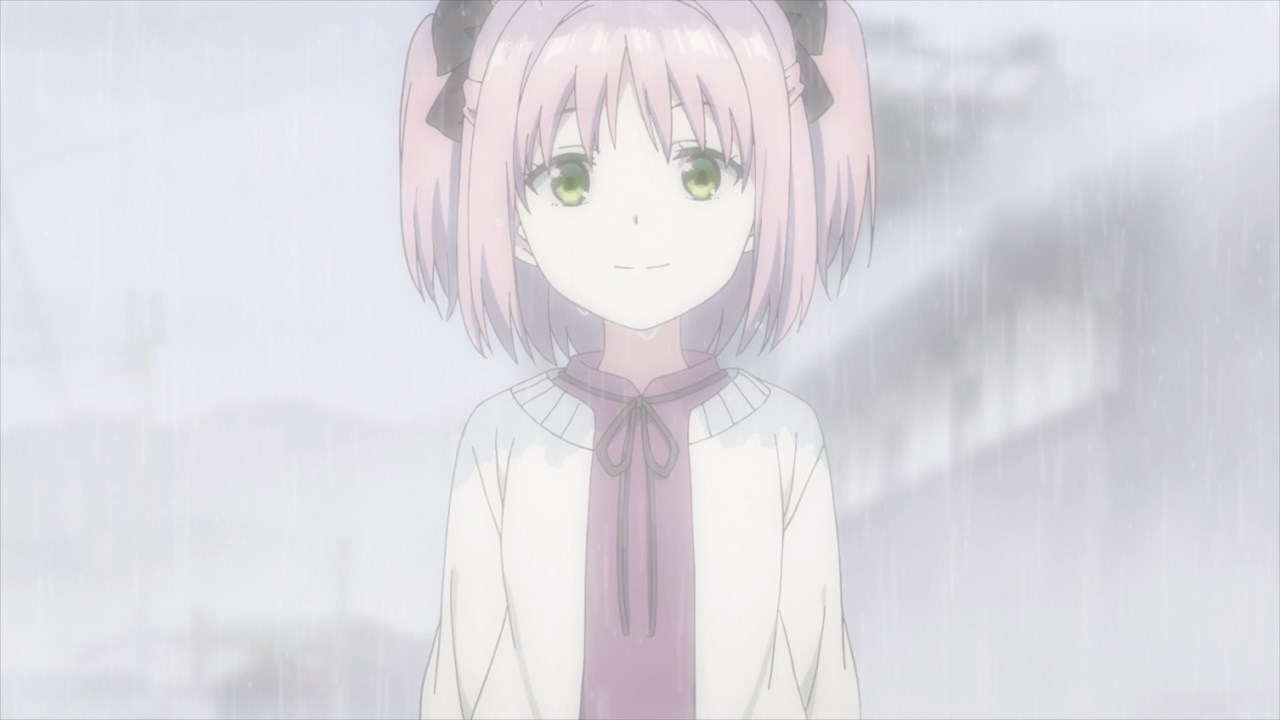 On the other hand, here’s Keiko Tomioka where I have no idea why she’s here. Does she know about Kyouya’s previous life? I guess we’ll never know… 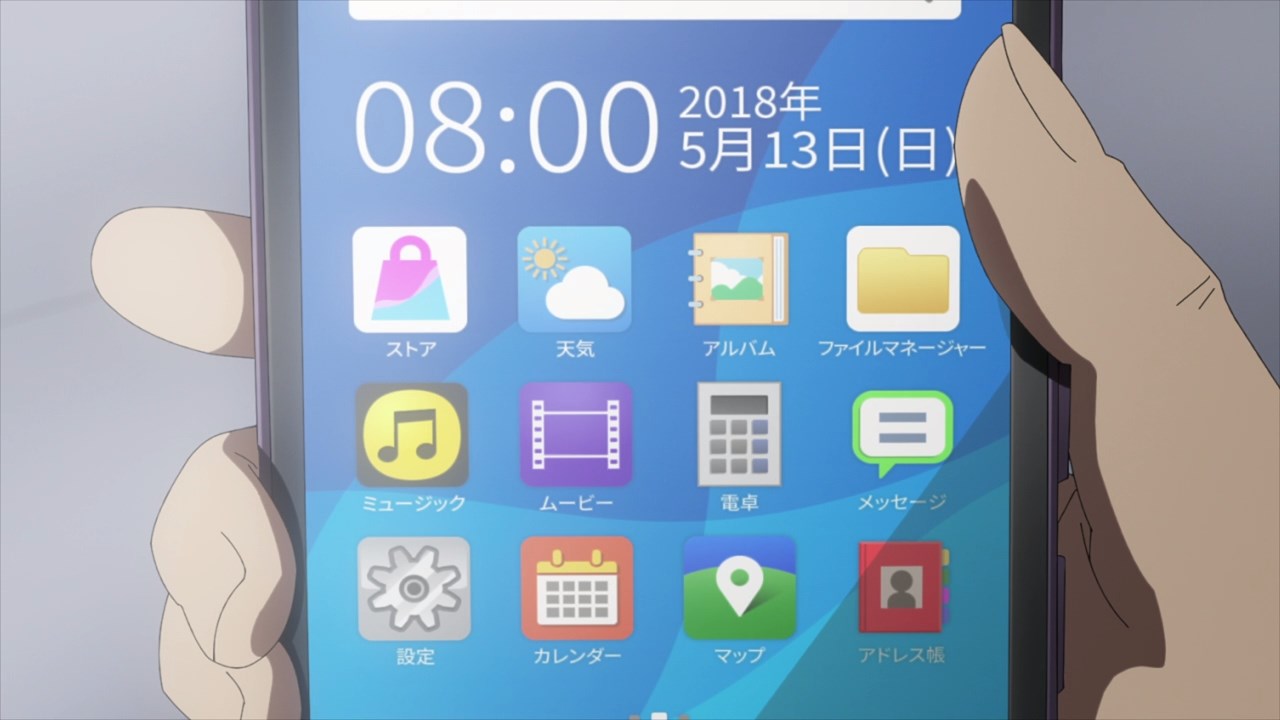 Sadly, turns out that this episode ends where Kyouya Hashiba went straight to 2018. I’m not sure if Hashiba got a successful career as a game producer or not. 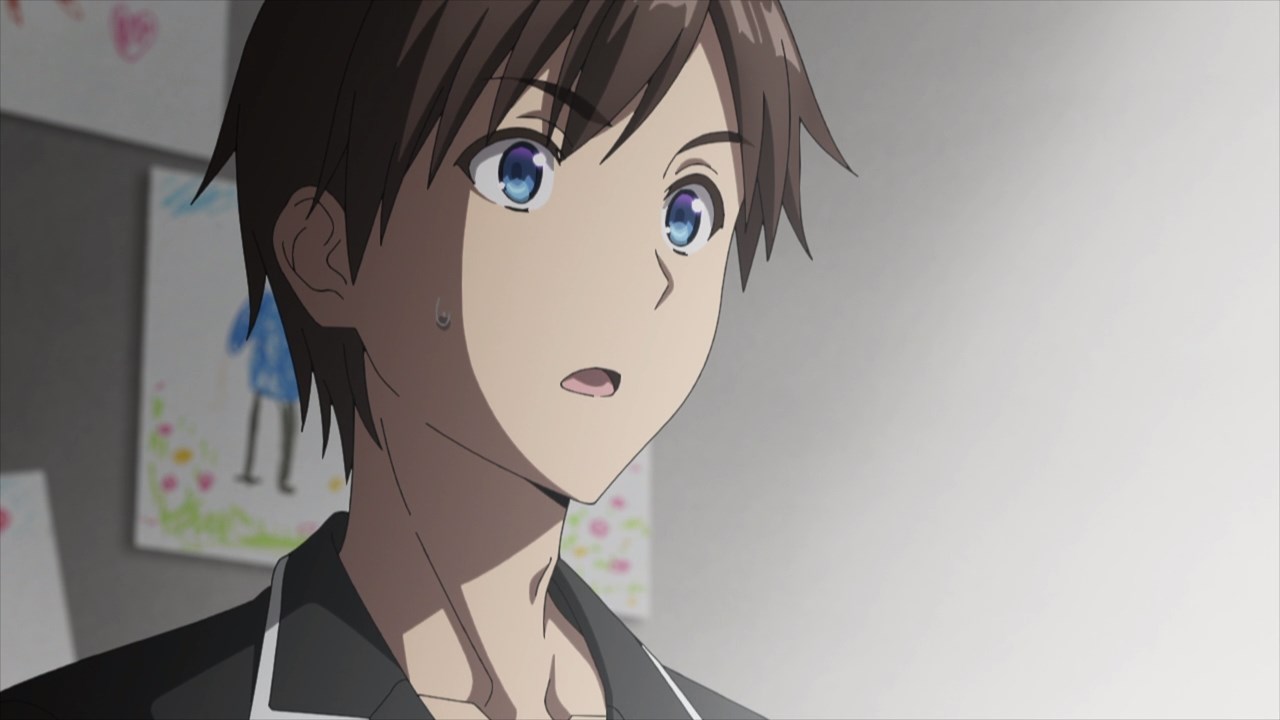 And here’s Kyouya where he’s still dazed and confused upon waking up to the future, rather than being stuck in 2006. More importantly, Hashiba will have some shocking revelations… 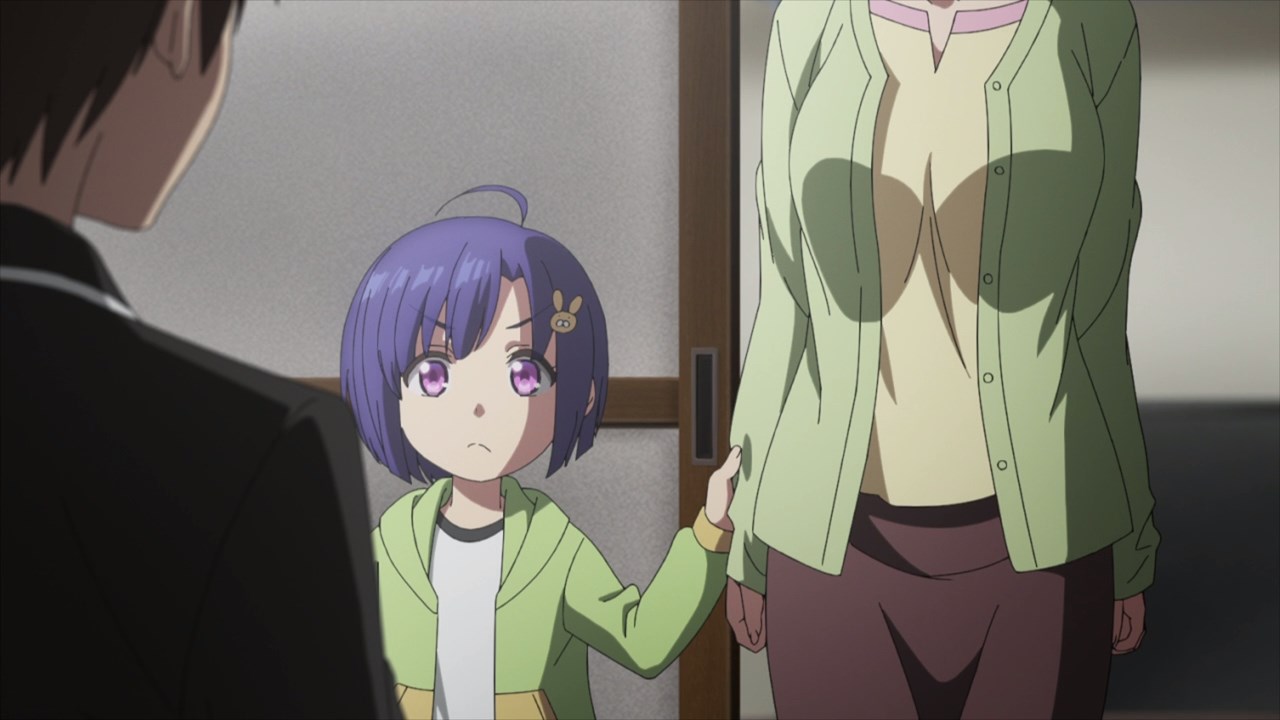 Oh, and you want to know what happened to Hashiba in 2018? He became a family man to a certain wife, complete with a daughter named Maki-chan. 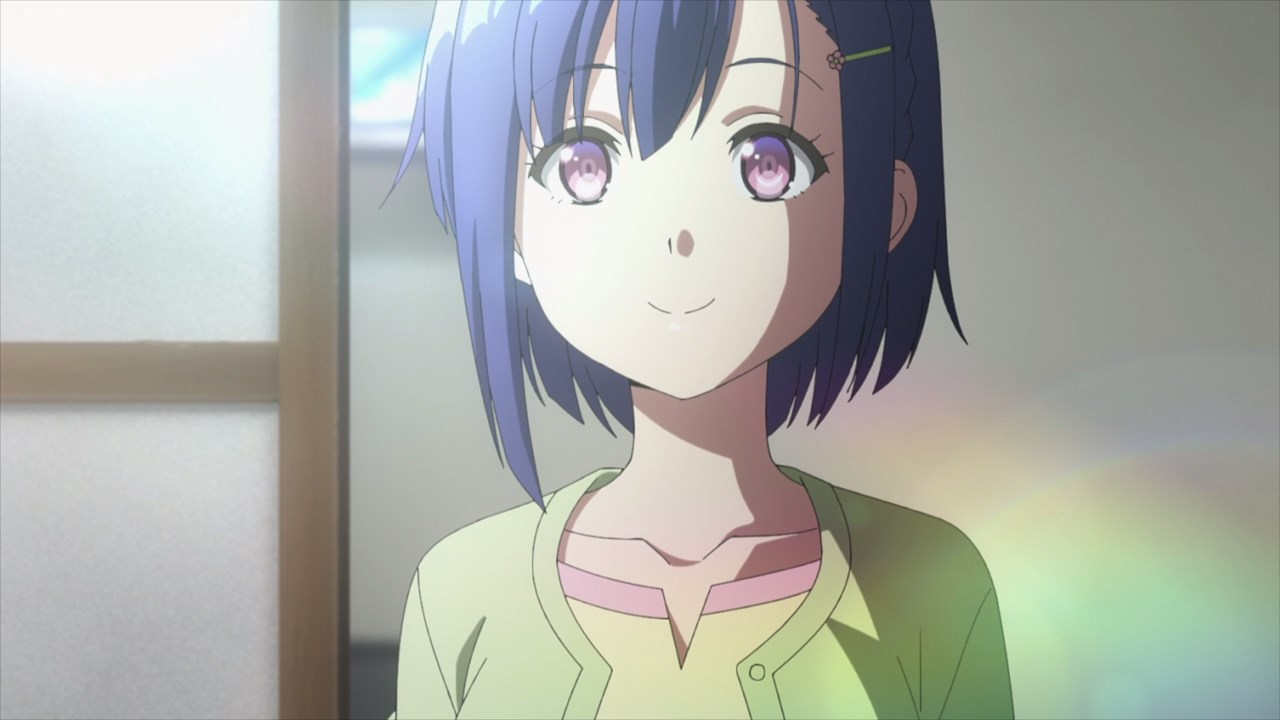 Said wife happened to be none other than Aki Shino. Okay, how the fuck did Aki hook up with Kyouya in 2018? Also, did she became a successful illustrator?

With that said, I guess I’ll find out next time on what happened to the rest of the Share House Kitayama tenants. Seriously though, my brain is fucked up right now upon realizing that Hashiba’s futrure is way different from what he remembered.