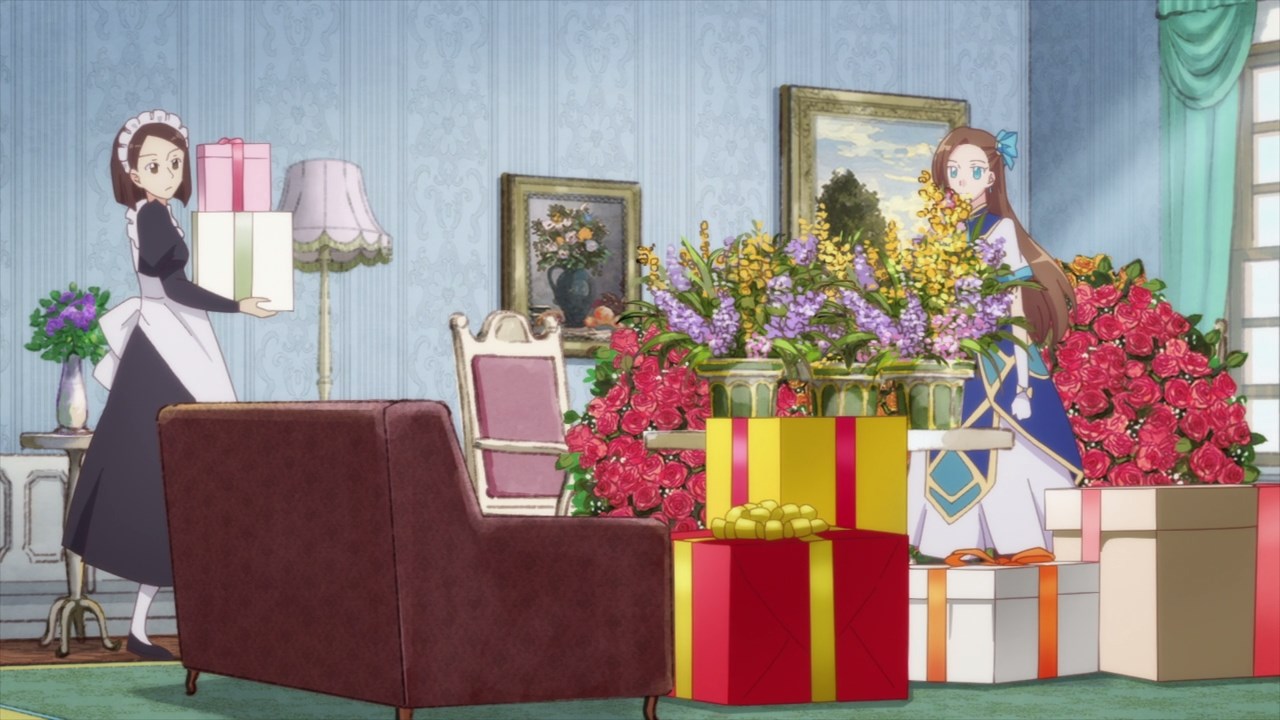 Well, this is very interesting to start this episode as Catarina Claes got a bunch of presents from Geordo Stuart. 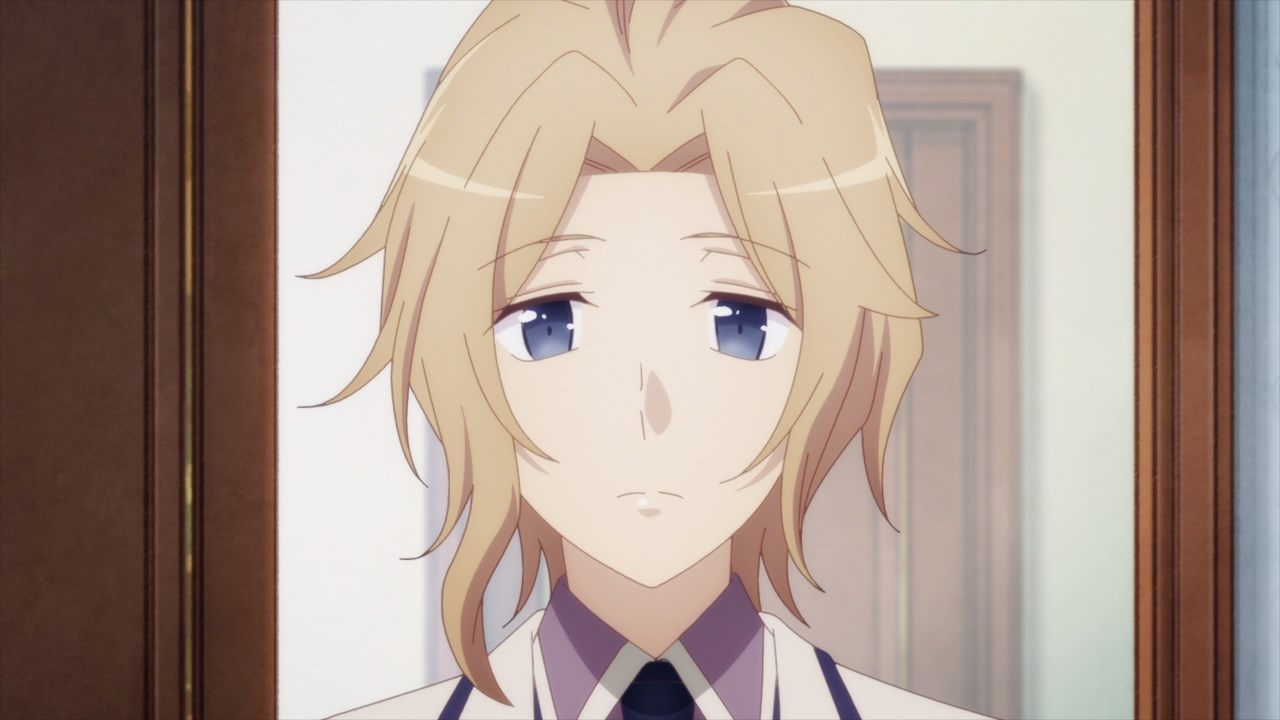 And here’s Keith Claes where he’s worried that Geordo’s obsessiveness might cause harm to his sister. Even since Sora kidnap Catarina, Geordo has gone paranoid that someone might steal Catarina away from him. 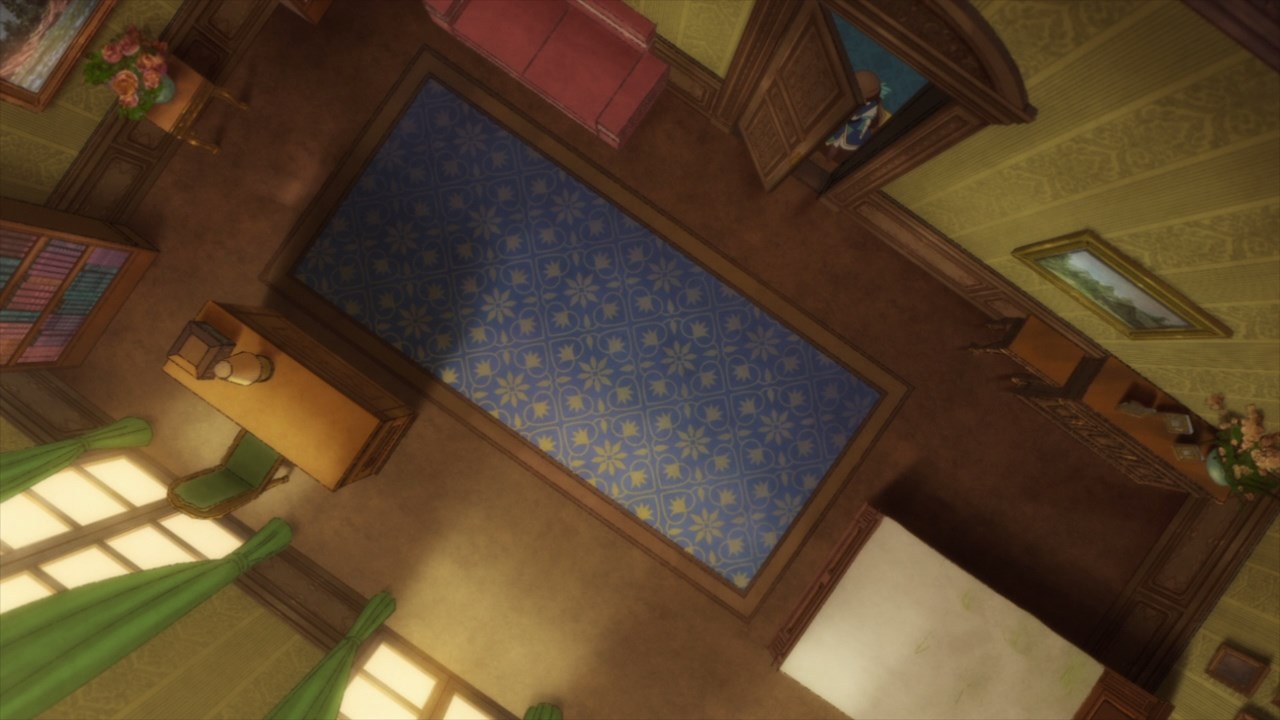 But one day, Keith Claes has disappeared in which Catarina is worried that he might not come back. Man, I wonder if Keith can’t accept the fact that he’s playing second-fiddle to Geordo? 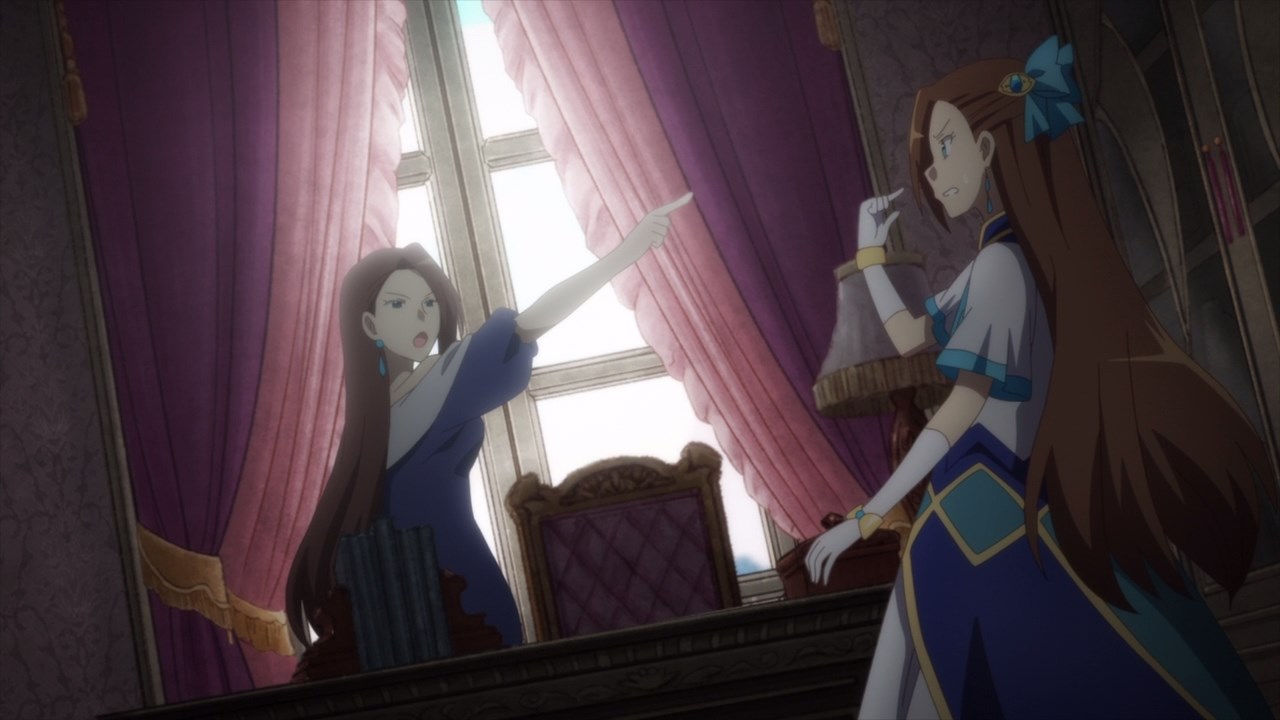 Meanwhile, it looks Catarina’s mother Millidiana blamed her for Keith’s disappearance. C’mon, her stupidity and her short-sightedness on stopping her death flags made her oblivious to everyone’s feelings.

Well then, it’s time to find Keith Claes and bring him back to the mansion. 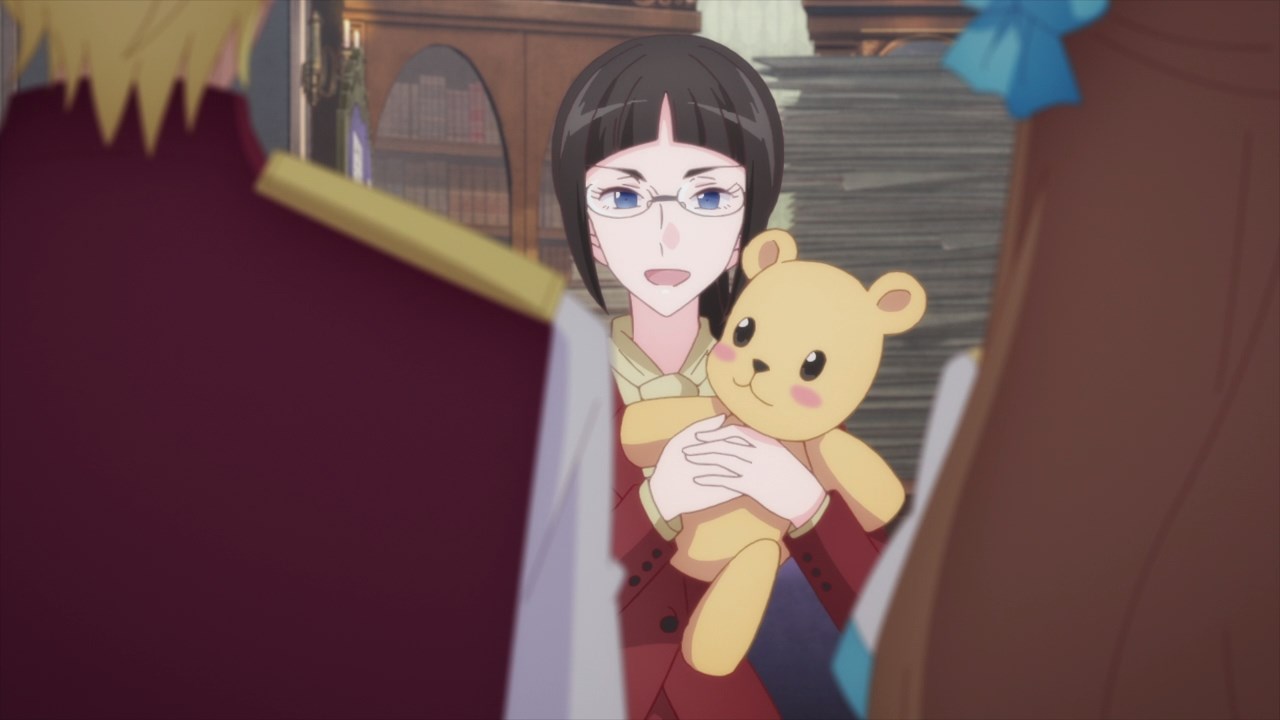 But first, Catarina and Geordo went to see Larna Smith where she’ll help them using this magic tool that resembles a teddy bear. Oh, and do you want to know who made this magic tool? 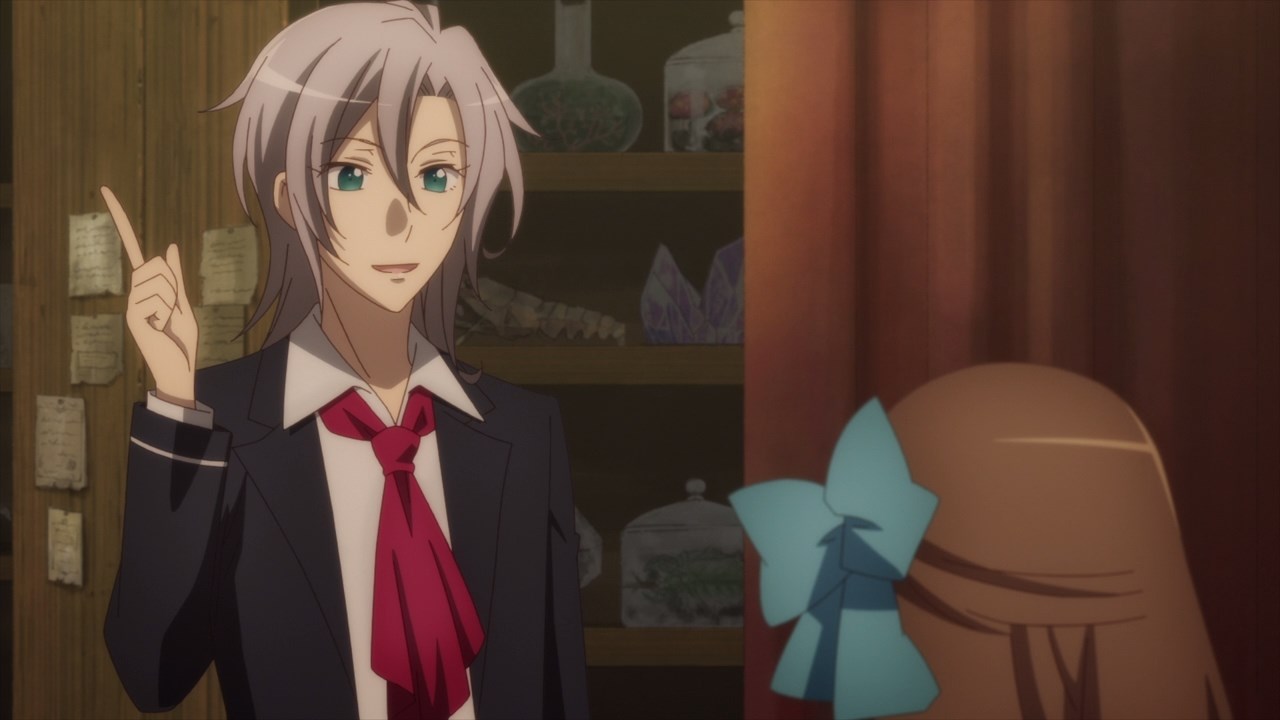 Why it’s none other than the biggest brocon himself as Geoffrey Stuart created this magic teddy bear to locate his dear brothers. As expected from Koyasu’s brother character. 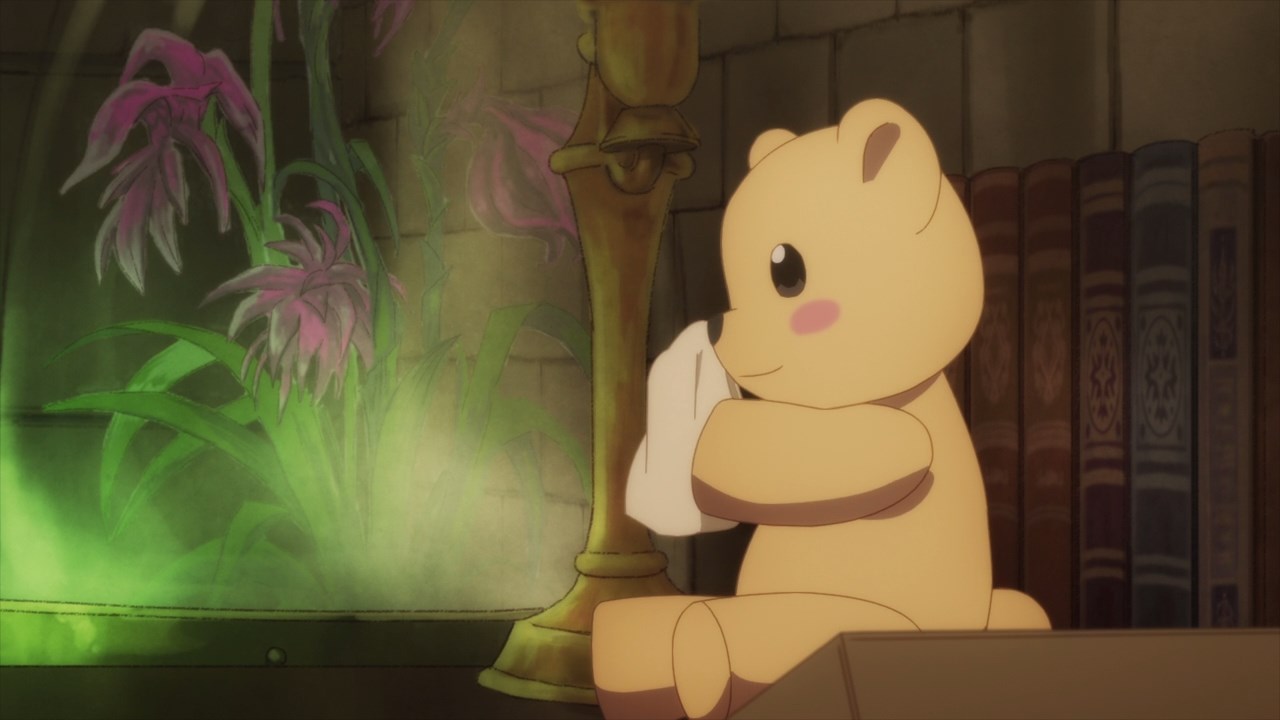 Well, this Geoffrey’s magic tool can locate missing people just by scent alone. Wait, this teddy bear is now acting like a dog? 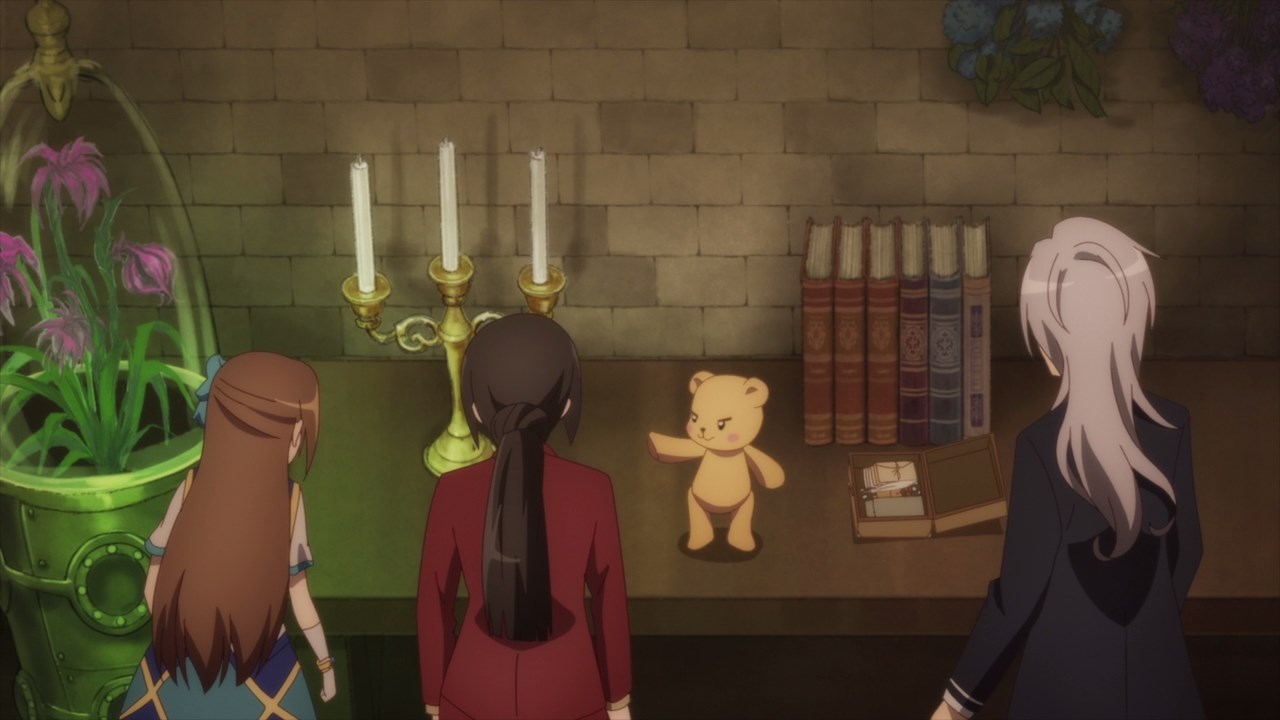 But anyways, looks like the teddy bear found Keith’s location, although a search party is needed to find Catarina’s brother. 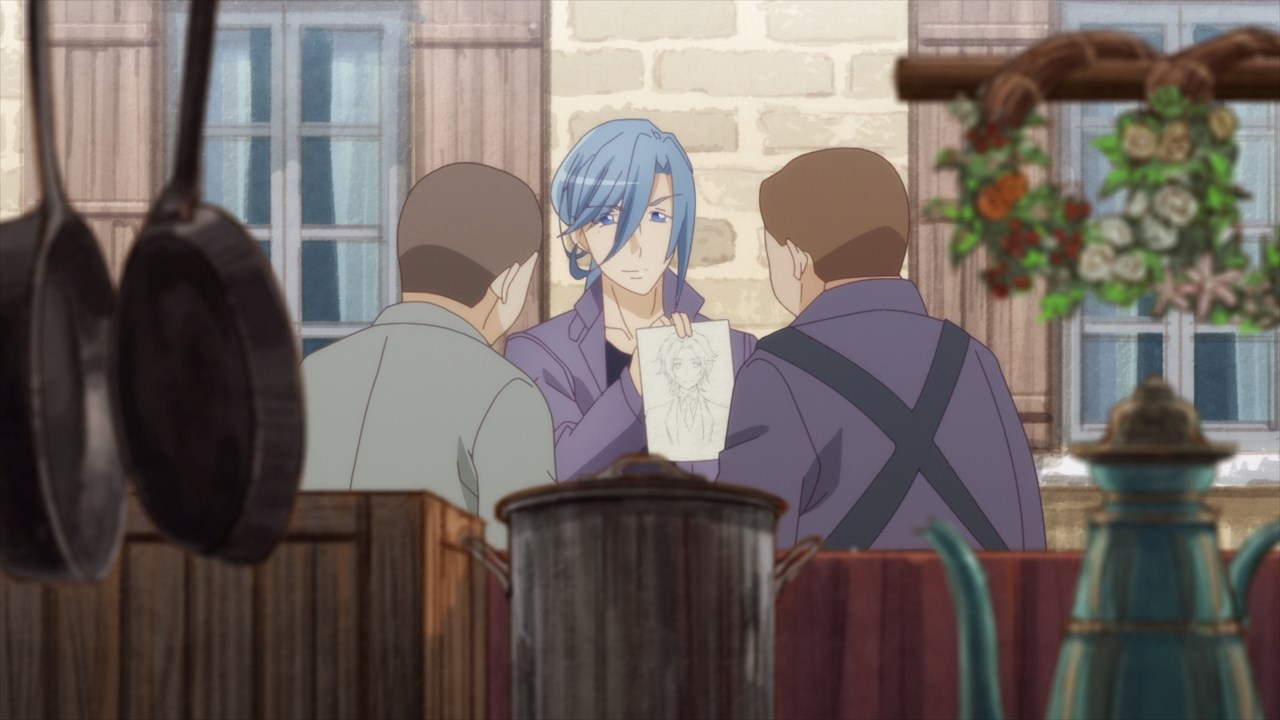 But you know what, Catarina Claes will find Keith no matter what as she went to another town together with her pushy fiancé Geordo Stuart, Larna and Sora, and Maria Campbell.

Then again, finding her brother might be very difficult despite having a rough sketch of Keith Claes. 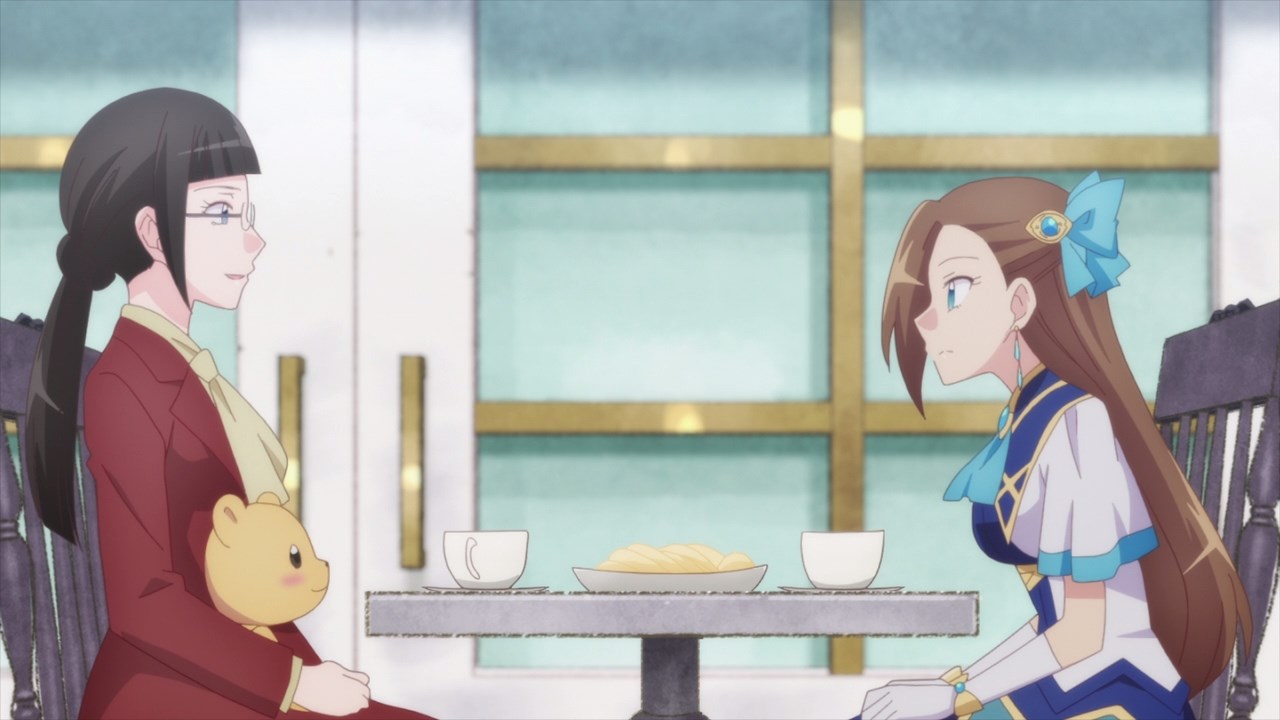 Meanwhile, looks like Larna Smith is having some tea together with Catarina in which she talks about how she became a magician.

And here’s the thing though as Larna started learning magic at a young age after reading lots of magic books during her spare time. It’s no wonder why Geoffrey pick Larna as his future wife. 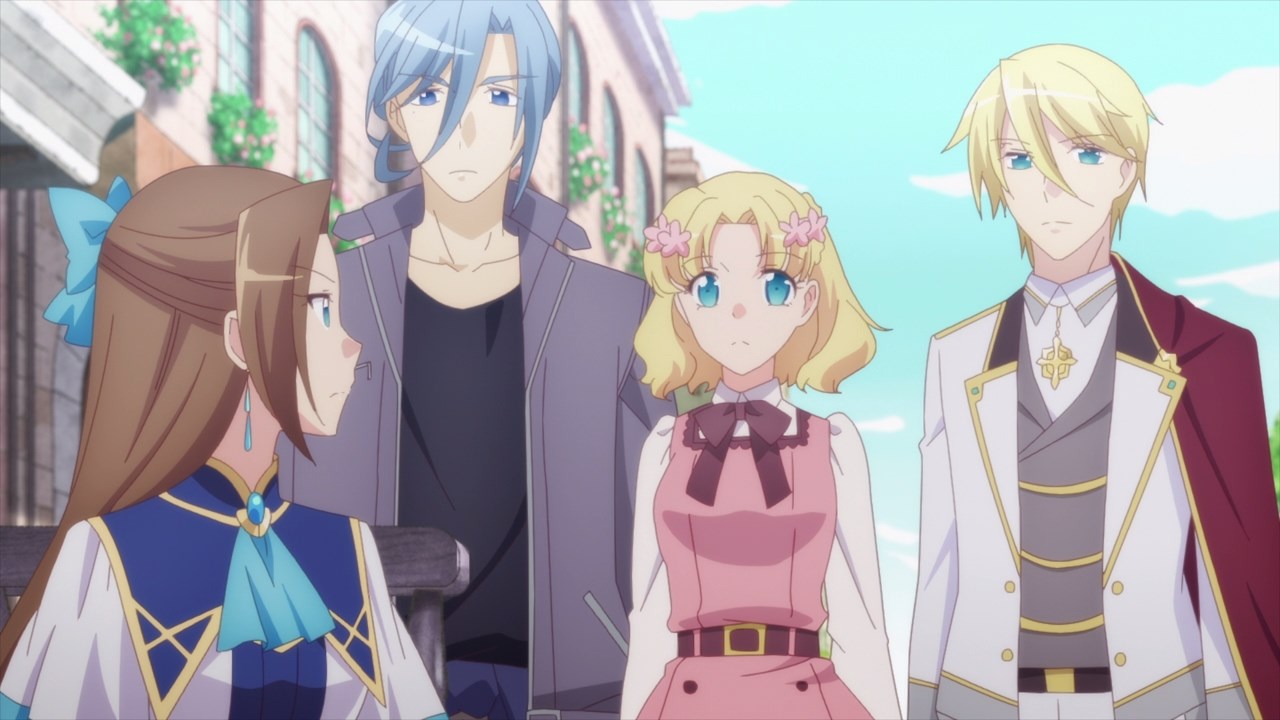 Unfortunately, their chit-chat has interrupted where Geordo Stuart and the rest delivered the news that they found a clue on Keith Claes’ whereabouts. Oh I hope that he’s okay! 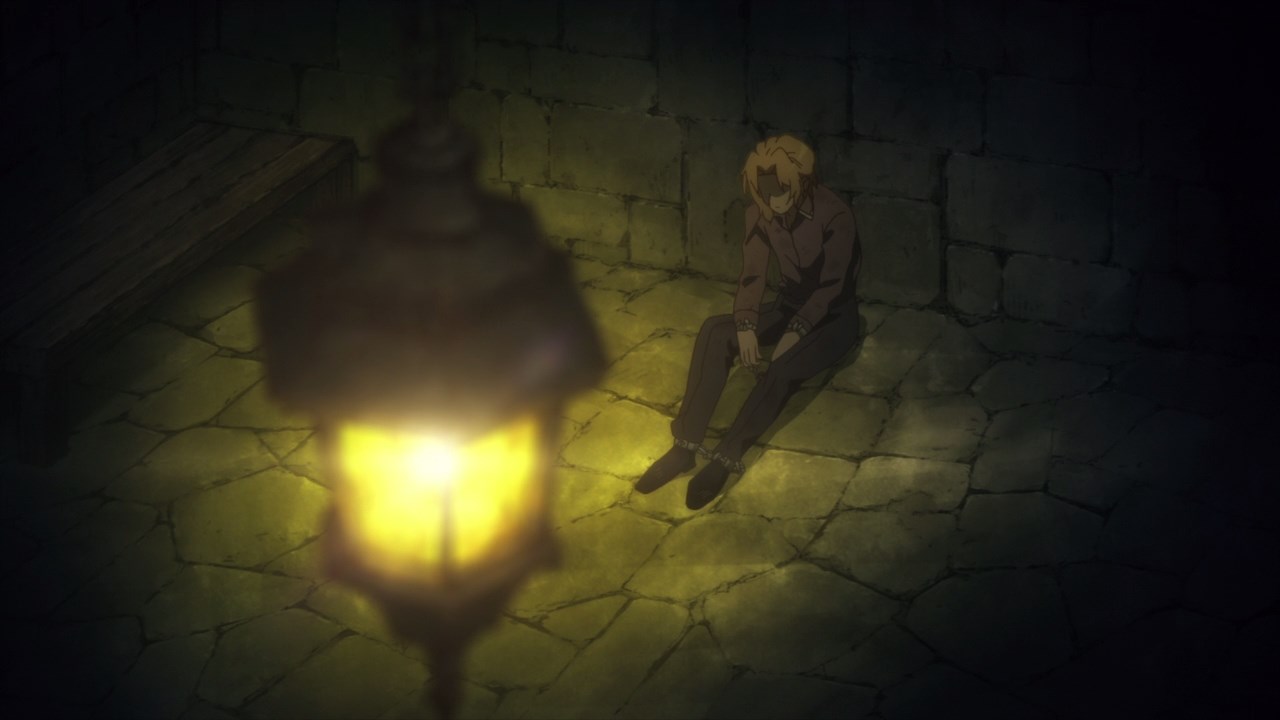 And here he is as Keith Claes is locked inside a dungeon, although I have to say that he’s in a rough shape. 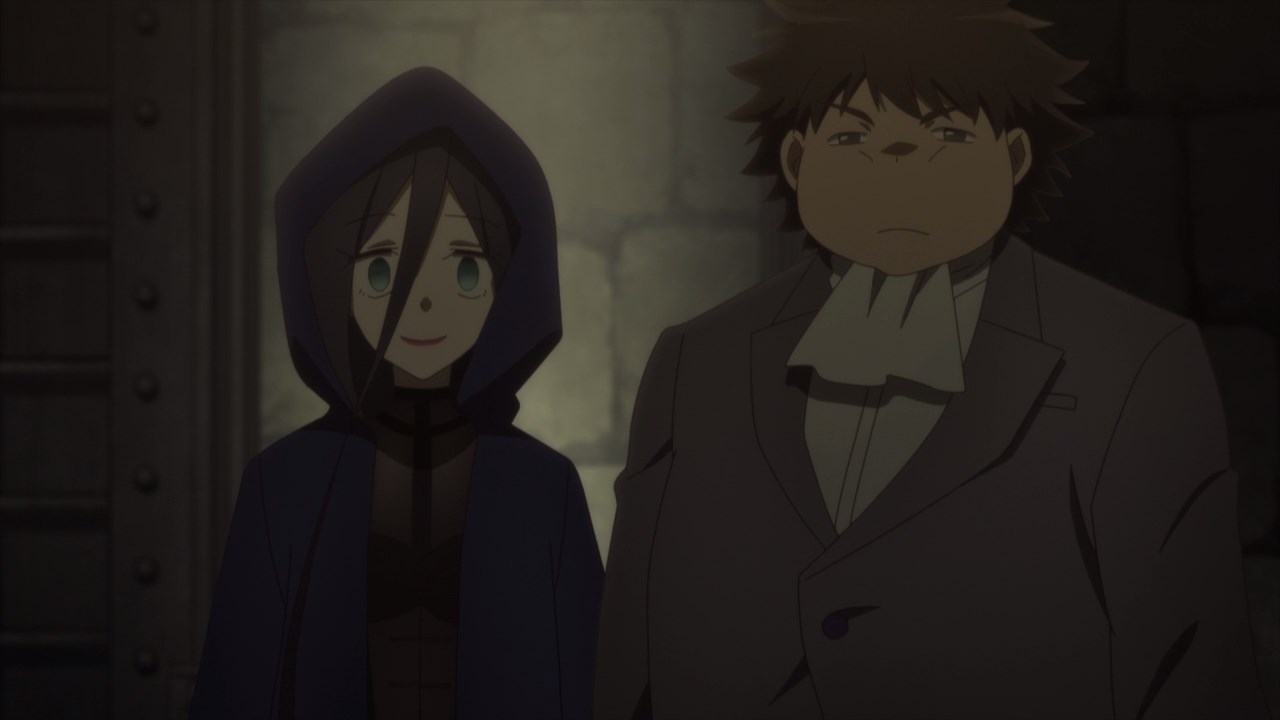 Oh yeah, here are the captors in which they have some bad blood towards Keith Claes. By the way, it appears that the woman in the hood might be Keith’s mother, rather than one of Larna’s disguises as speculated in the previous episode.

Well then, looks like Catarina and the rest will have to rescue Keith as soon as possible. Until next time…