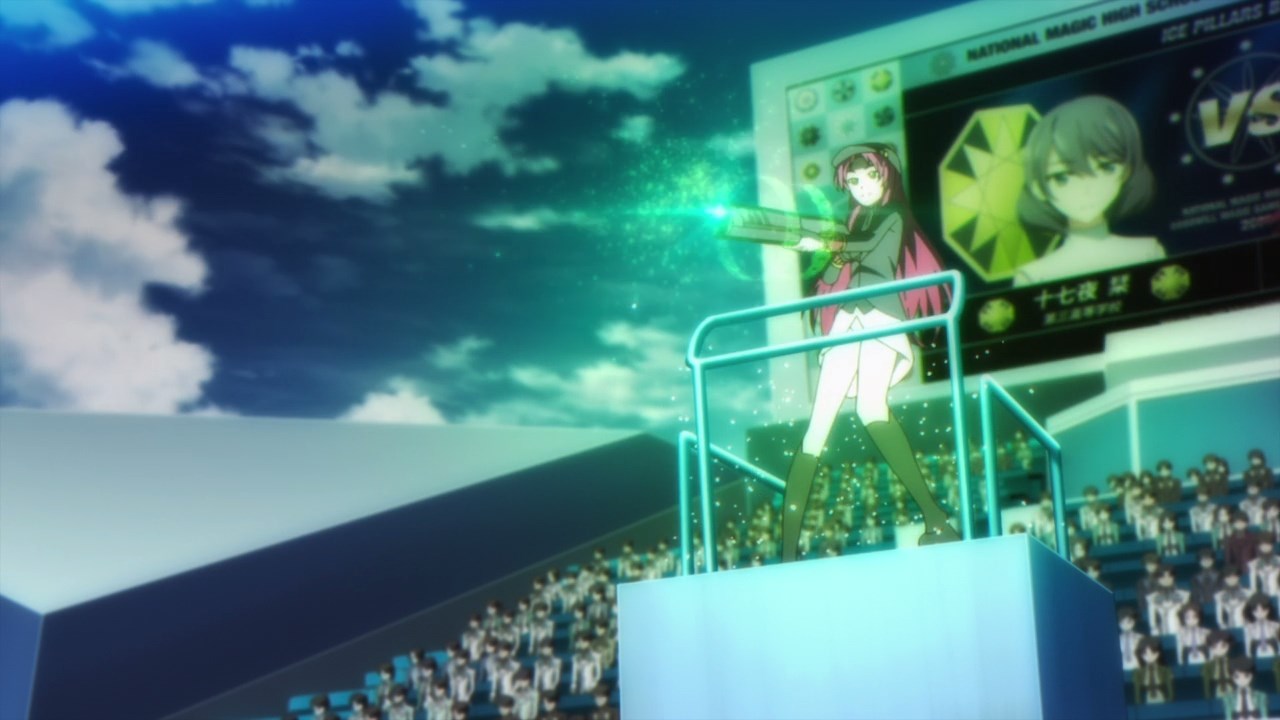 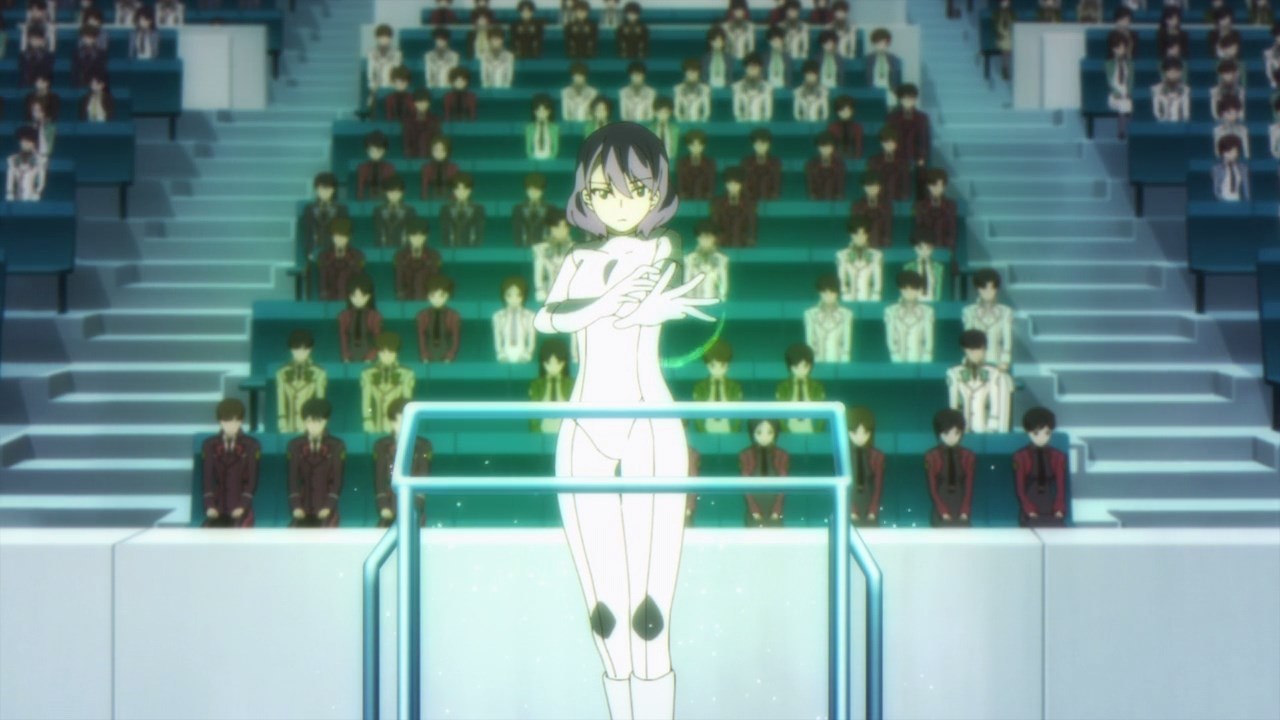 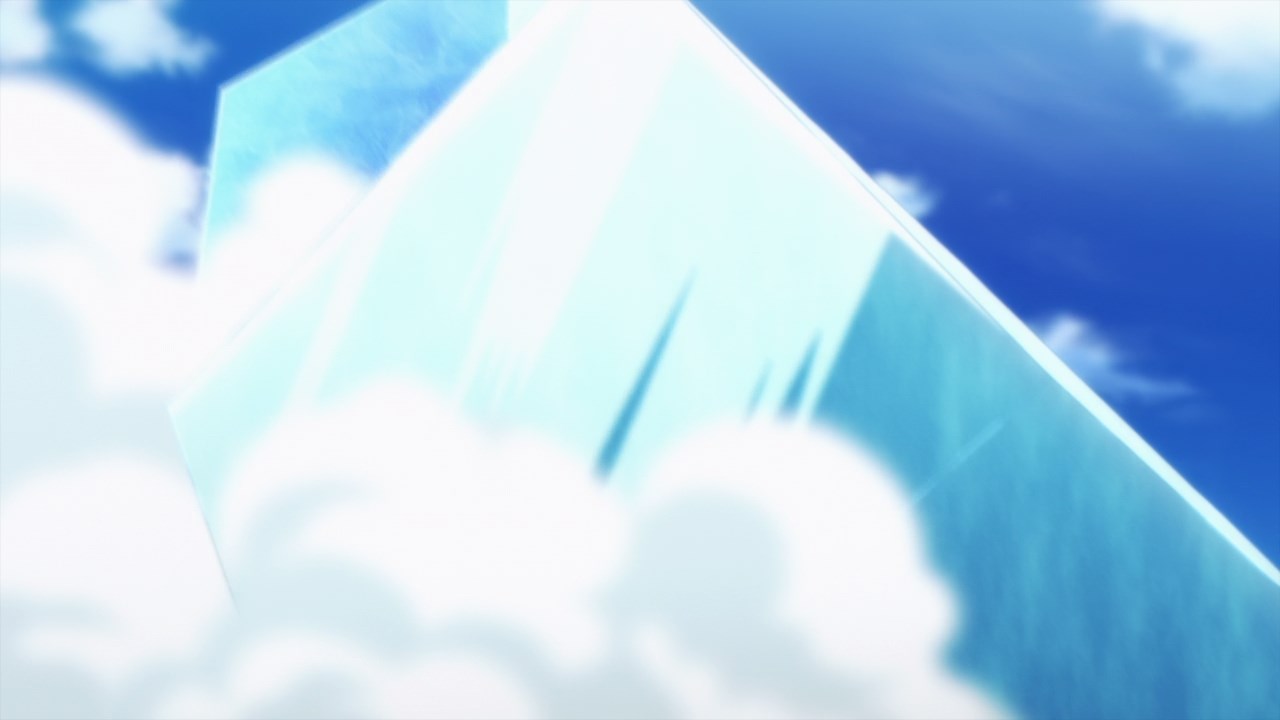 Now then, Eimi used one of her ice blocks to break a row of Shiori’s pillars. Looks like Tatsuya’s strategy is gonna help Eimi qualify in the finals. 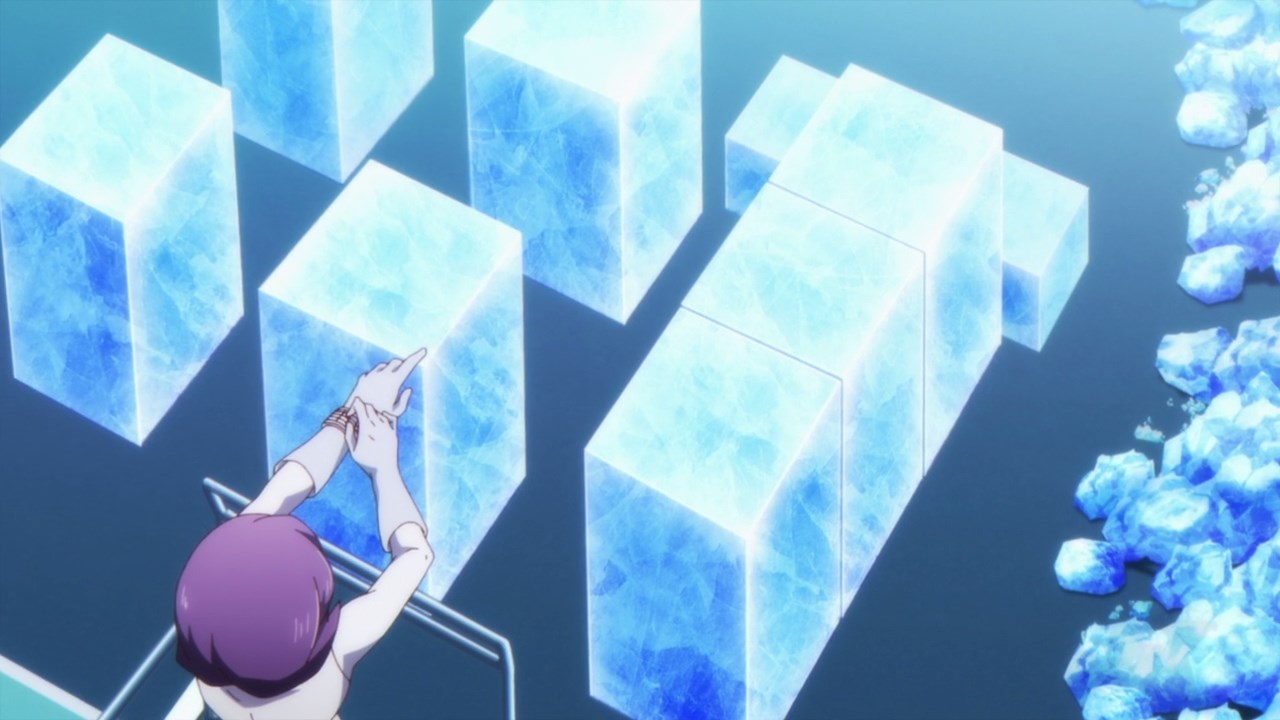 However, Kanou came up with a counter strategy where she let her pillars slide until it forms a sturdy wall of ice. Basically, Akechi can’t destroy it by turning one of her pillars into a rolling pin. 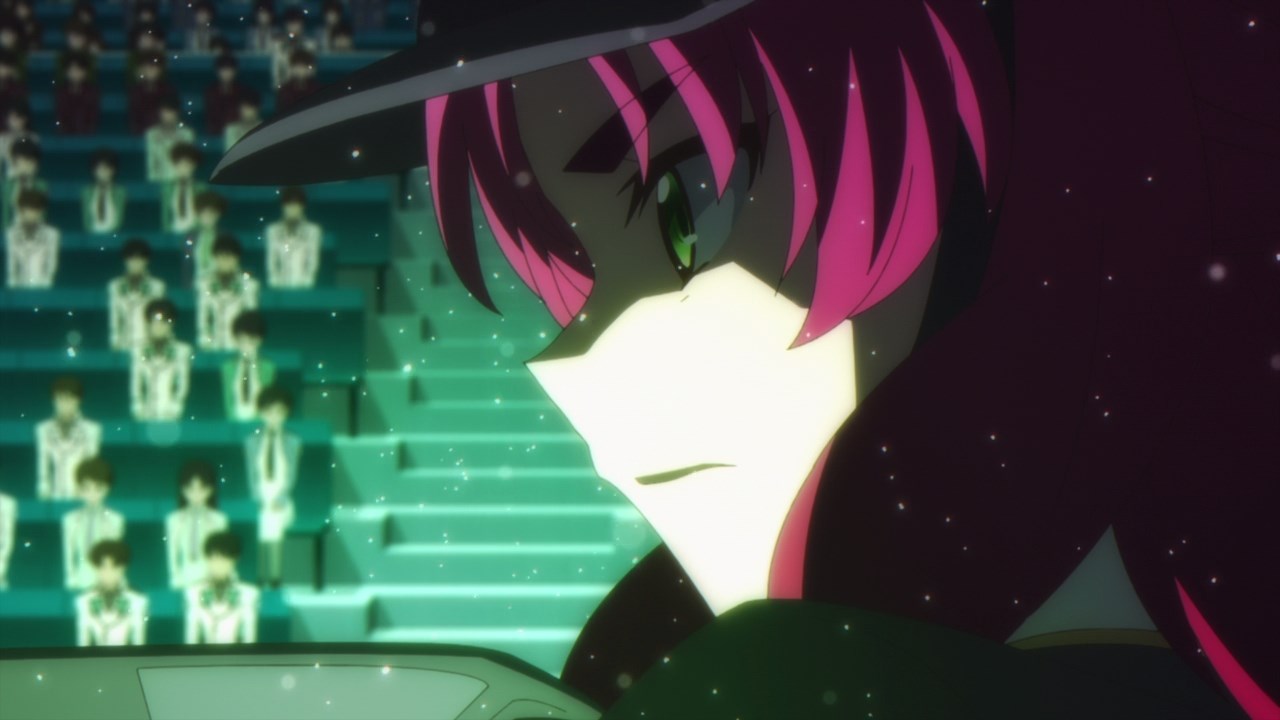 However, she’s not gonna give up Eimi remembered something that her grandmother said to her, saying that she shouldn’t lie to herself.

Basically, Eimi Amelia Goldie Akechi doesn’t want to hold back her strength, but rather that she wants to win the Ice Pillar Break event. 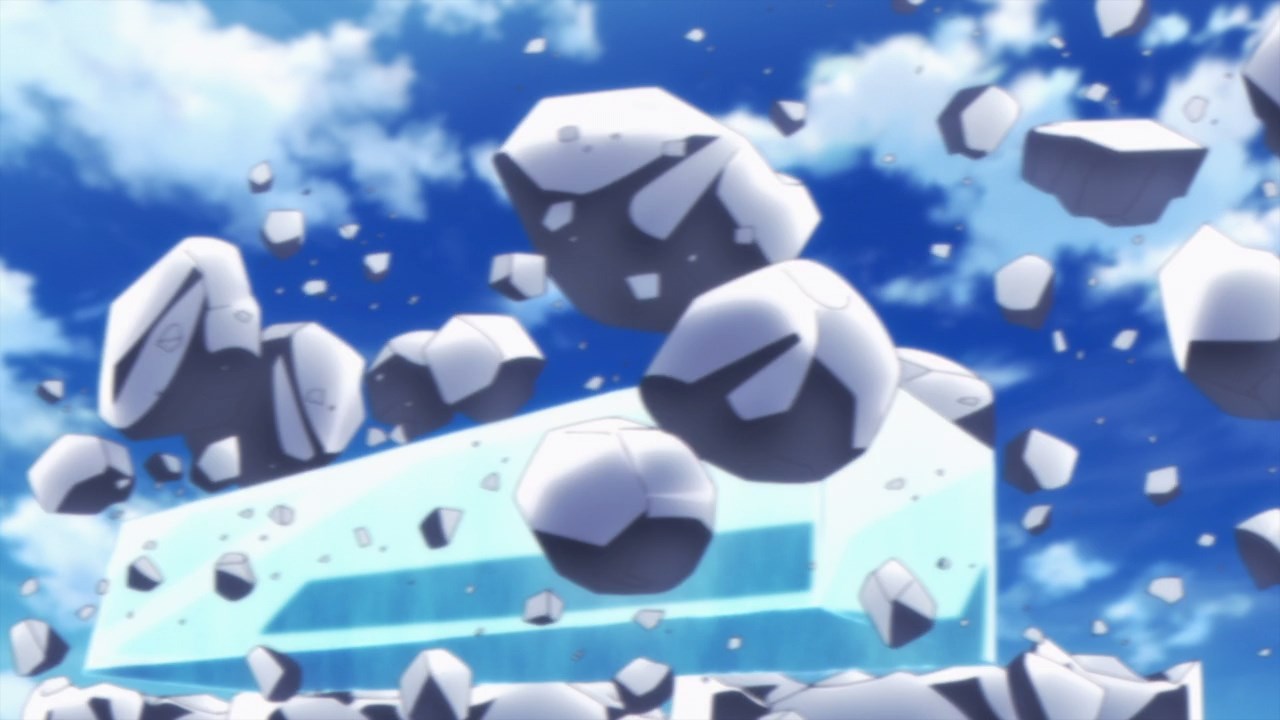 In any case, Akechi fling her ice pillar like a bullet and destroy Kanou’s pillars even though she reinforce them with steel-like materials. 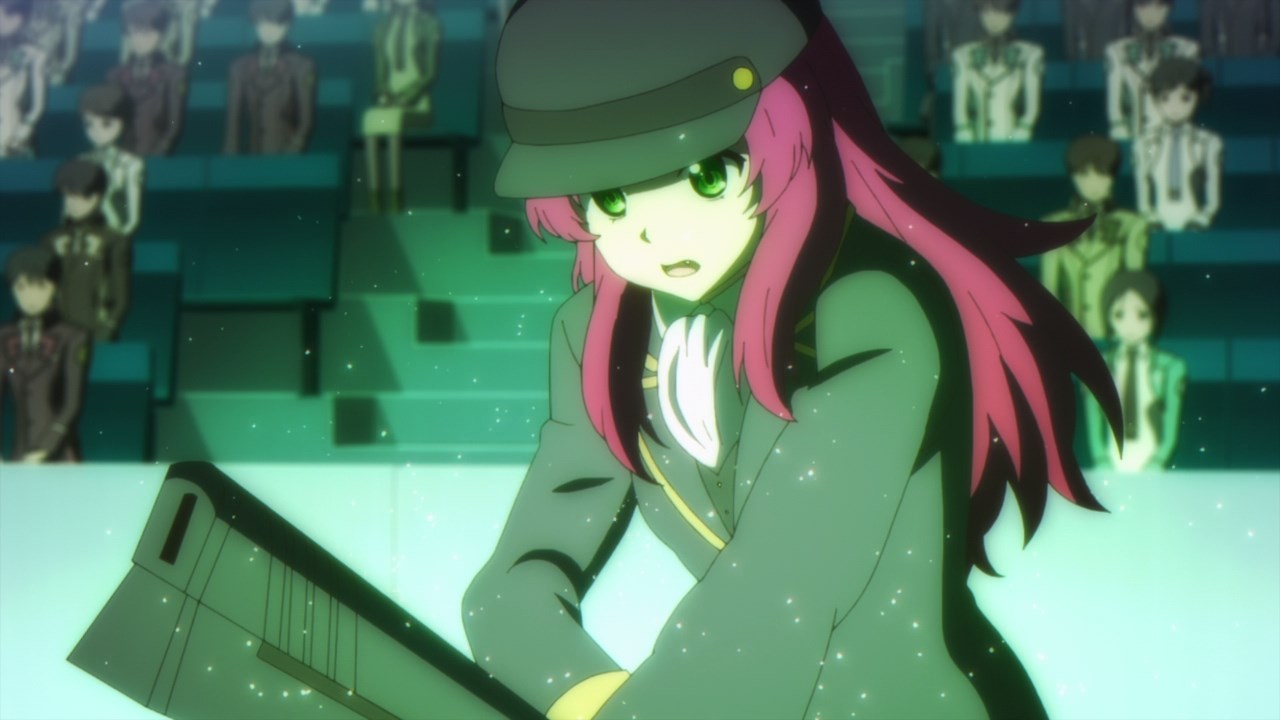 Unfortunately for Akechi, it appears that she exerted too much energy on flinging her ice pillar. Could it be that Eimi is at her limit. 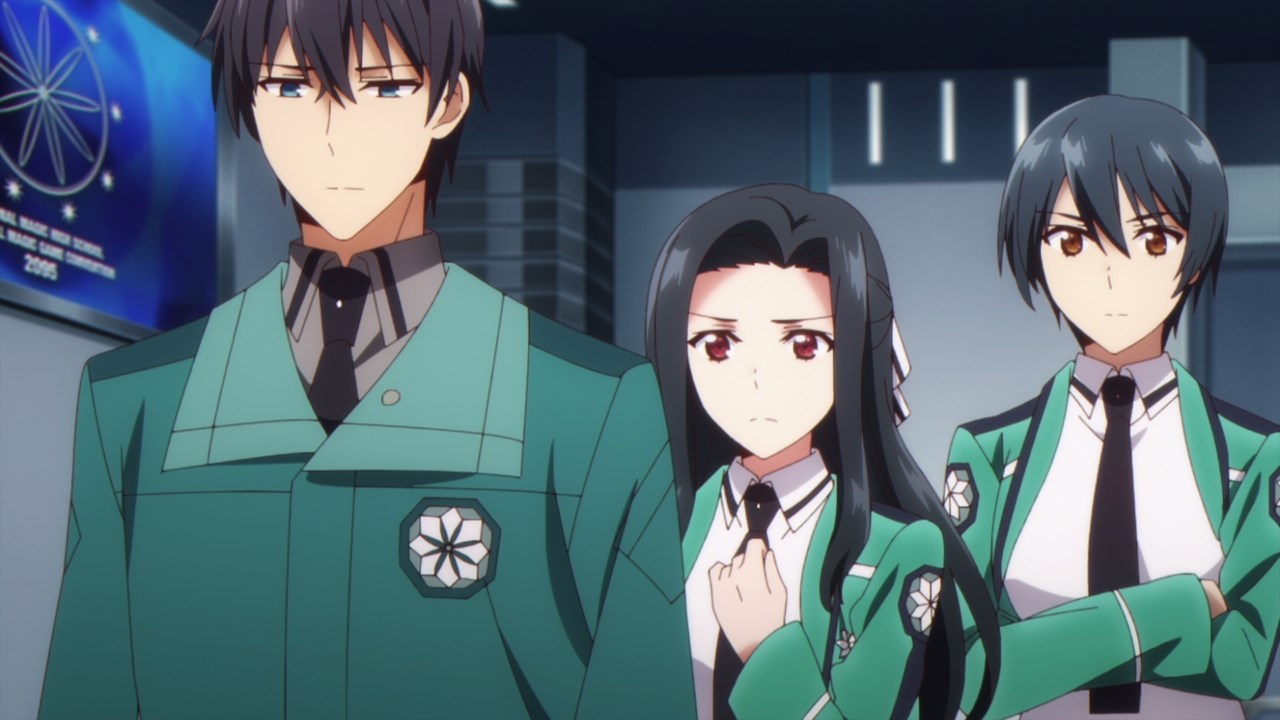 Even Tatsuya Shiba and the rest are worried that Eimi might collapse at this crucial moment. But even if Akechi continues to fight, let’s not forget that Kanou is destroying her pillars as we speak. 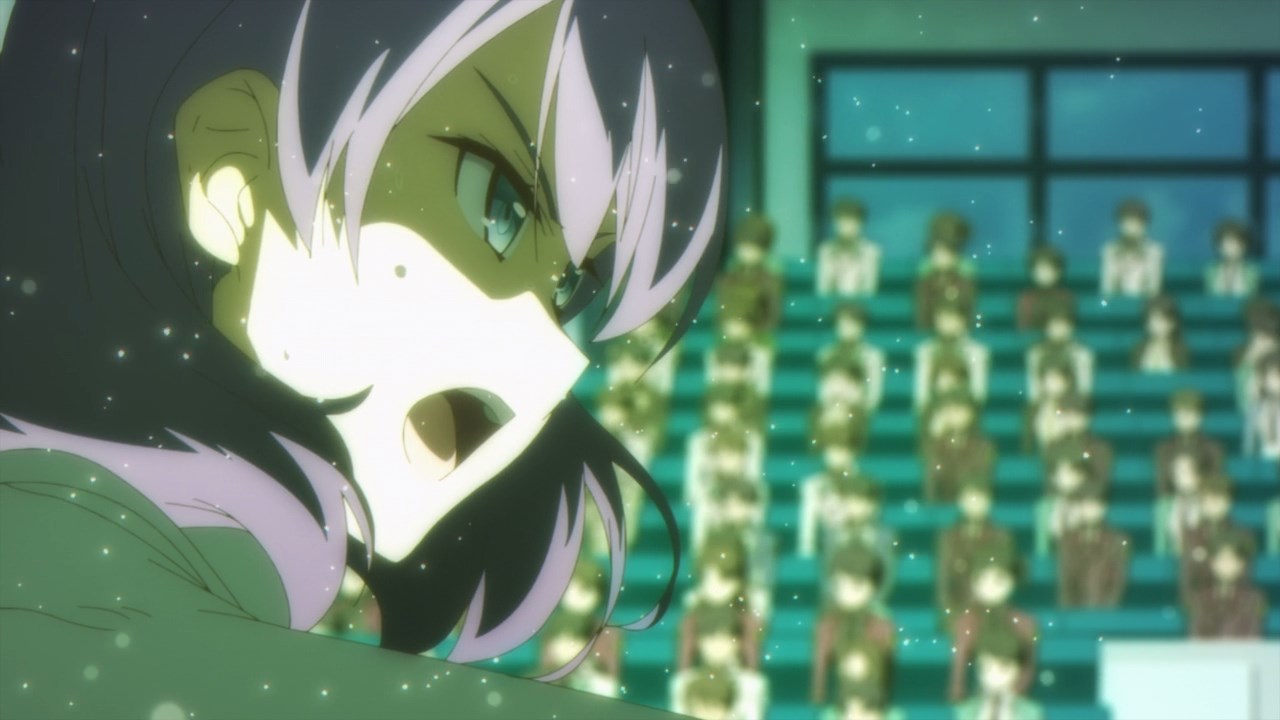 And speaking of Shiori Kanou, looks like she’s preparing to finish Eimi off, but Akechi has one last ace in the hole left to play. 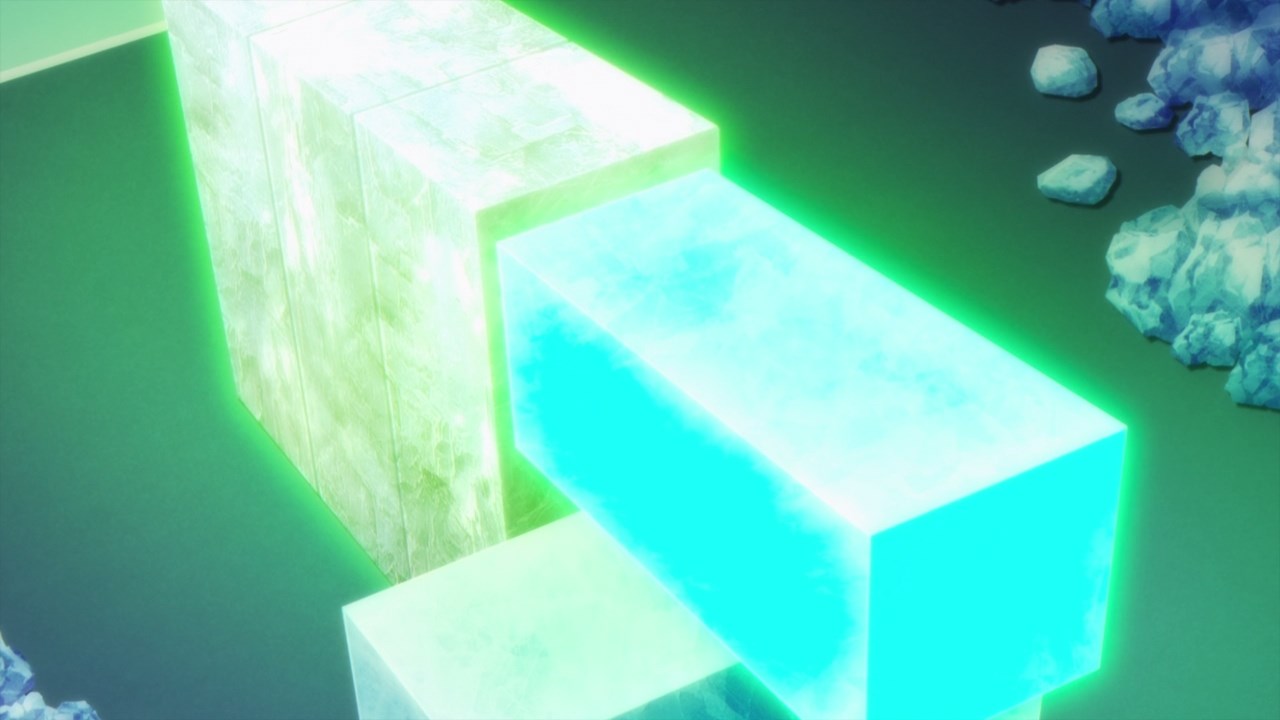 You see, she used one of her remaining pillars to obliterate all of Shiori’s pillars in one strike. It’s basically a battle between an immovable object and an unstoppable force. 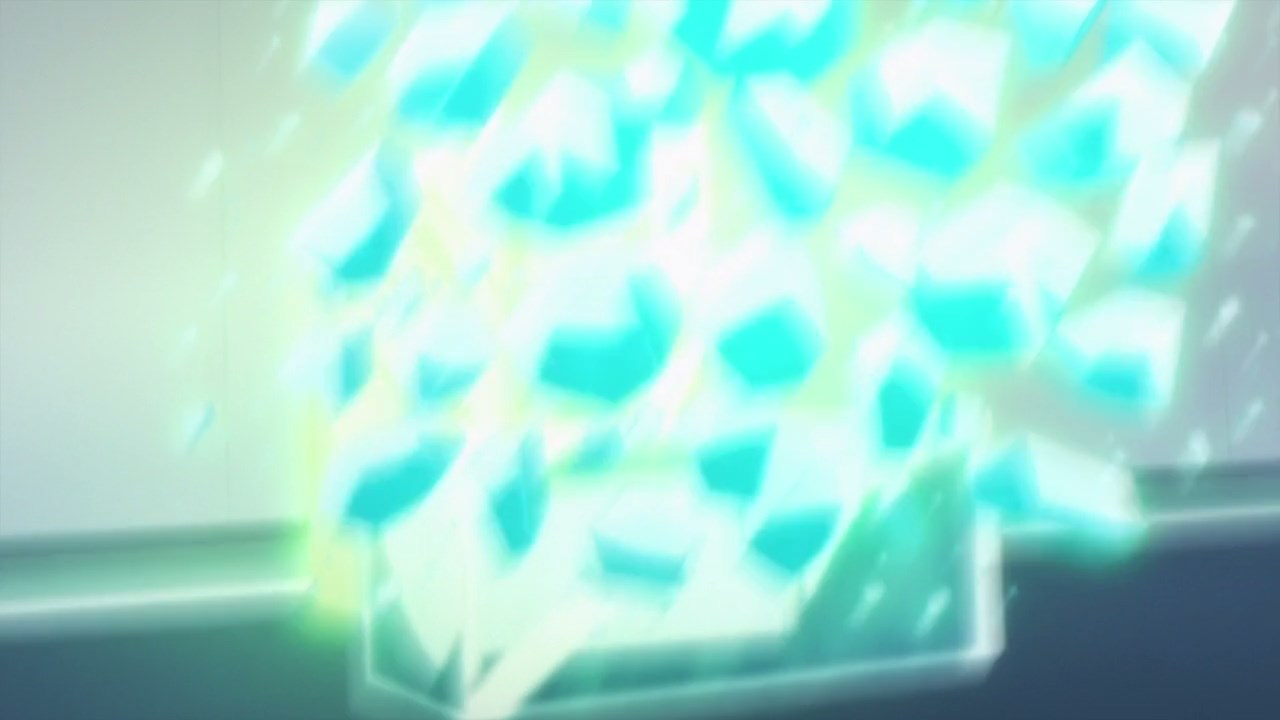 Sadly, Eimi’s ice pillar shattered into pieces, meaning that she lost the- Wait, I don’t think it’s the end for Akechi! 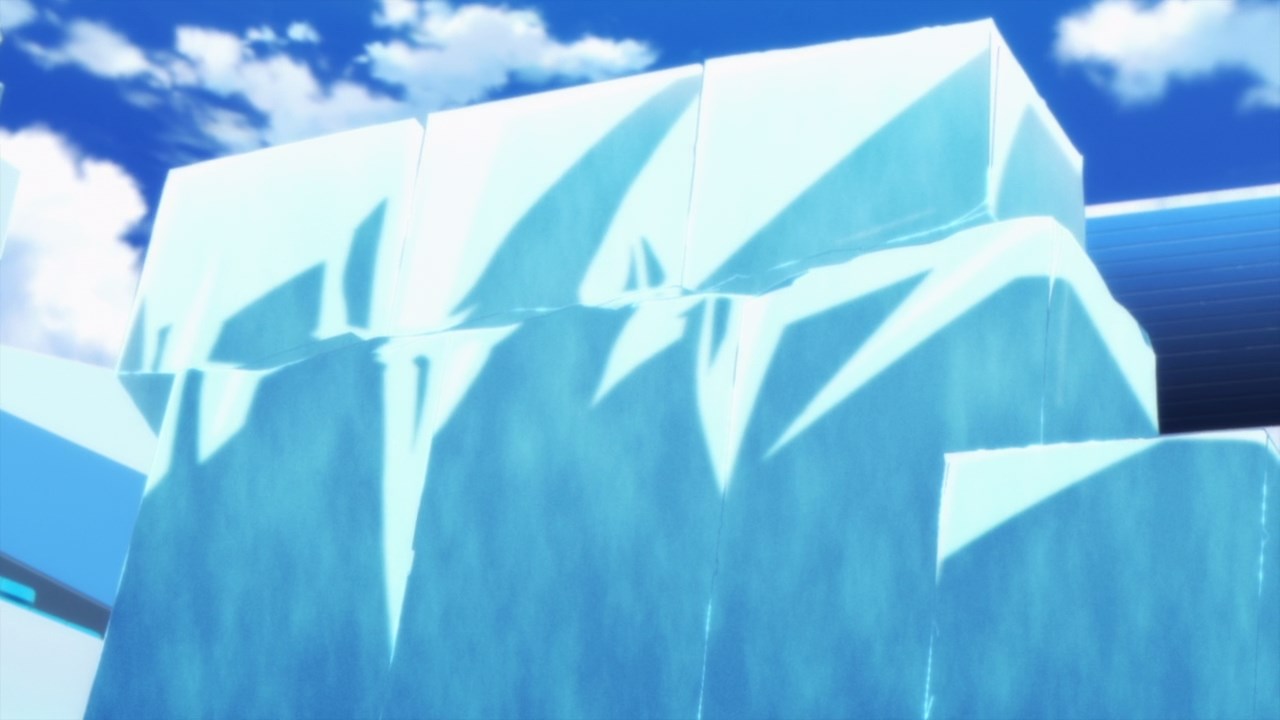 Turns out that her single pillar has broke a row of ice blocks in half. Well then, looks like we have a winner in the Ice Pillar Break semi-finals! 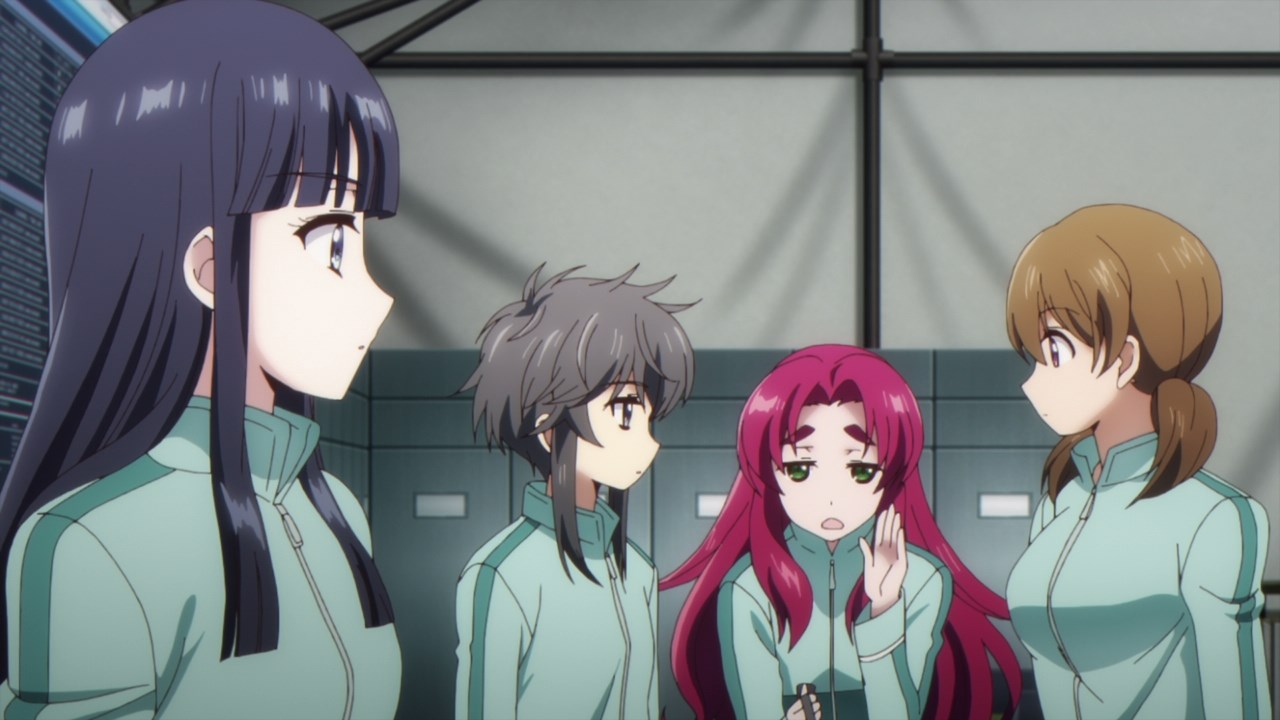 Of course, Eimi Amelia Goldie Akechi showed her pathetic side after collapsing at the end of her duel against Shiori Kanou.

But hey, at least Eimi qualified in the finals, although I’m worried that Akechi will have to sit this one out. All that’s left is the battle between Miyuki Shiba and Shizuku Kitayama. 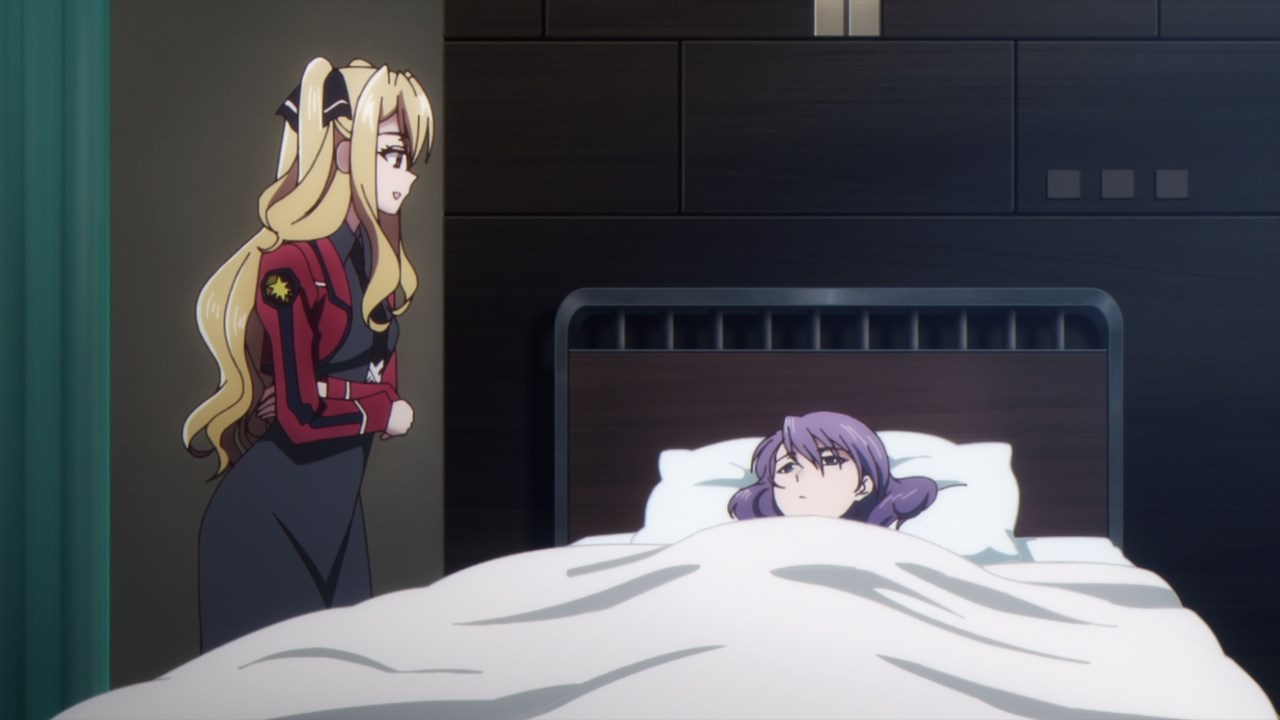 Meanwhile, looks like Shiori Kanou is okay, but Shiori is really sad that she lost again.

However, Airi Isshiki gave her some words of encouragement as she’s happy that her teammate did her best. Glad that Airi showed sympathy towards Shiori. 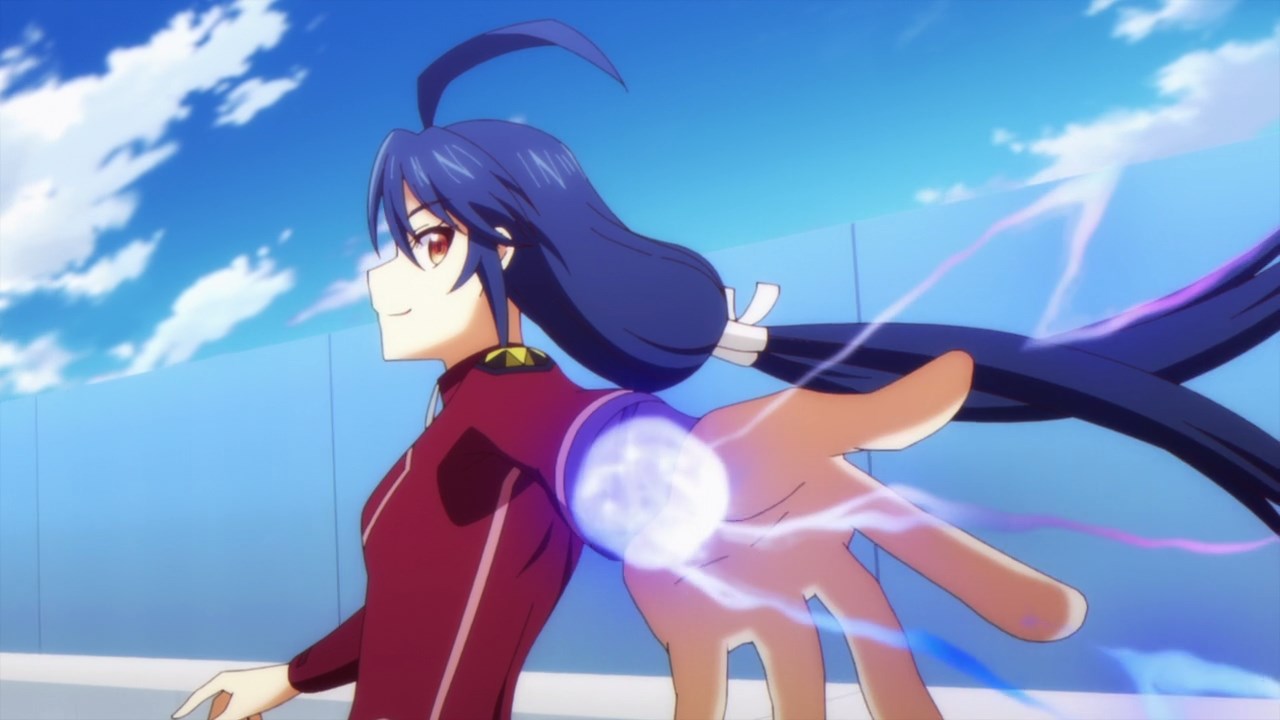 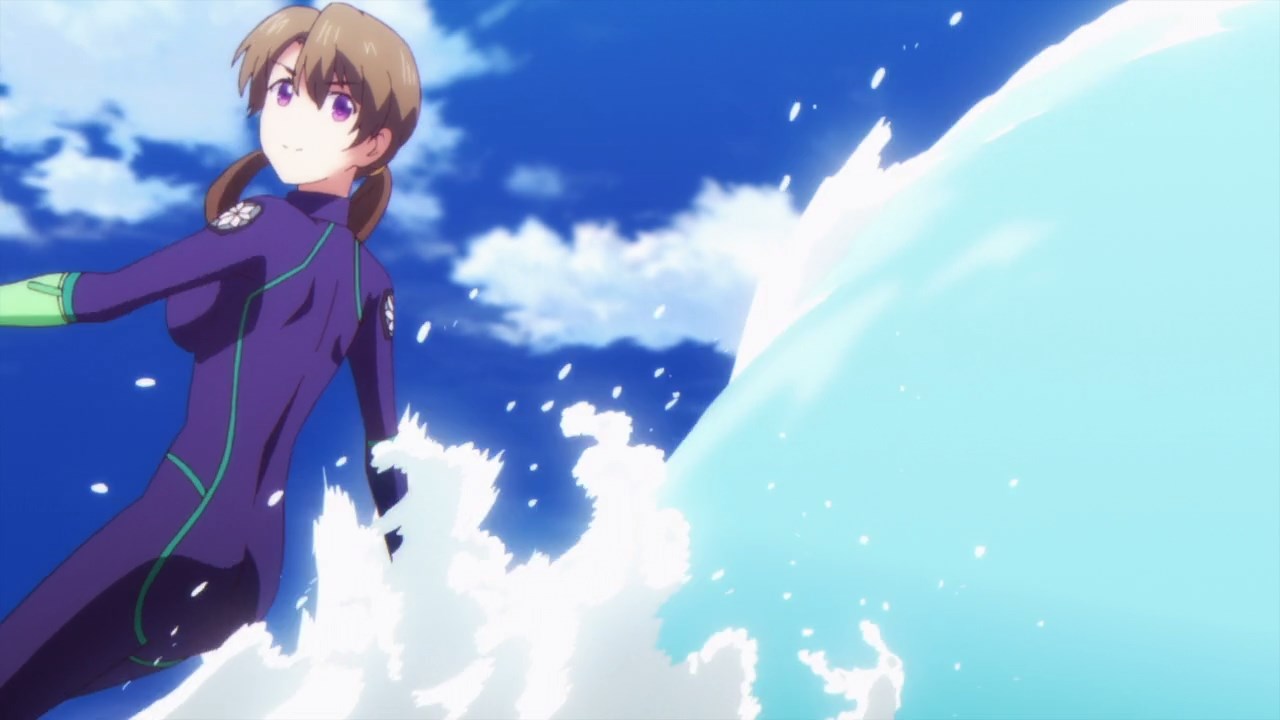 Now then, let’s move onto the Battle Board finals between Touko Tsukushiin and Honoka Mitsui where the former used traps to stop the latter, but Honoka managed to navigate Touko’s traps using her high sensitivity to light and Tatsuya Shiba’s training. 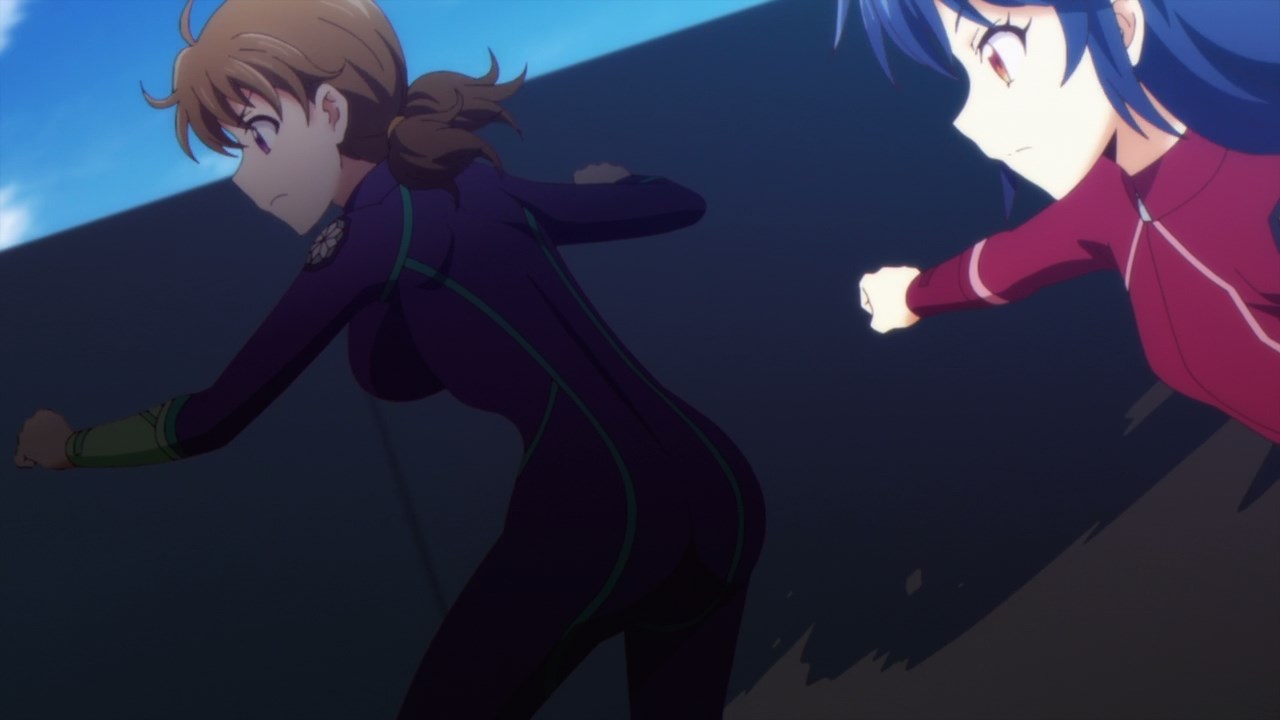 Oh, and here’s the shocking moment in the Battle Board finals as Honoka takes the lead after using her illusion magic to trick Touko’s eyes, thinking that she got the inside track.

In any case, it’s great to see that her training with Tatsuya Shiba has finally paid off! 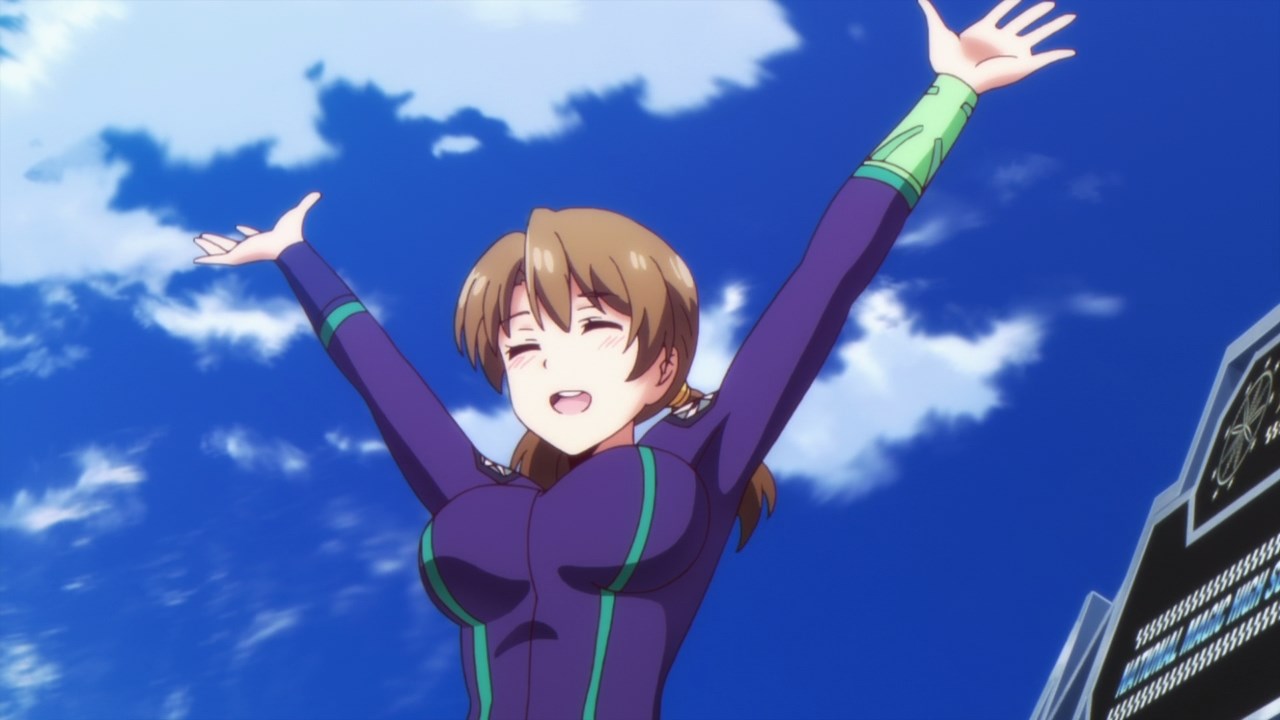 Anyways, Honoka Mitsui won the Battle Board event in a spectacular fashion. Oh yeah, looks like No Head Dragon didn’t managed to sabotage the race ’cause Tatsuya took care of that criminal organization.

I’ll see you next time where Miyuki will face off against Shizuku to claim the top spot in the Ice Pillar Break event!