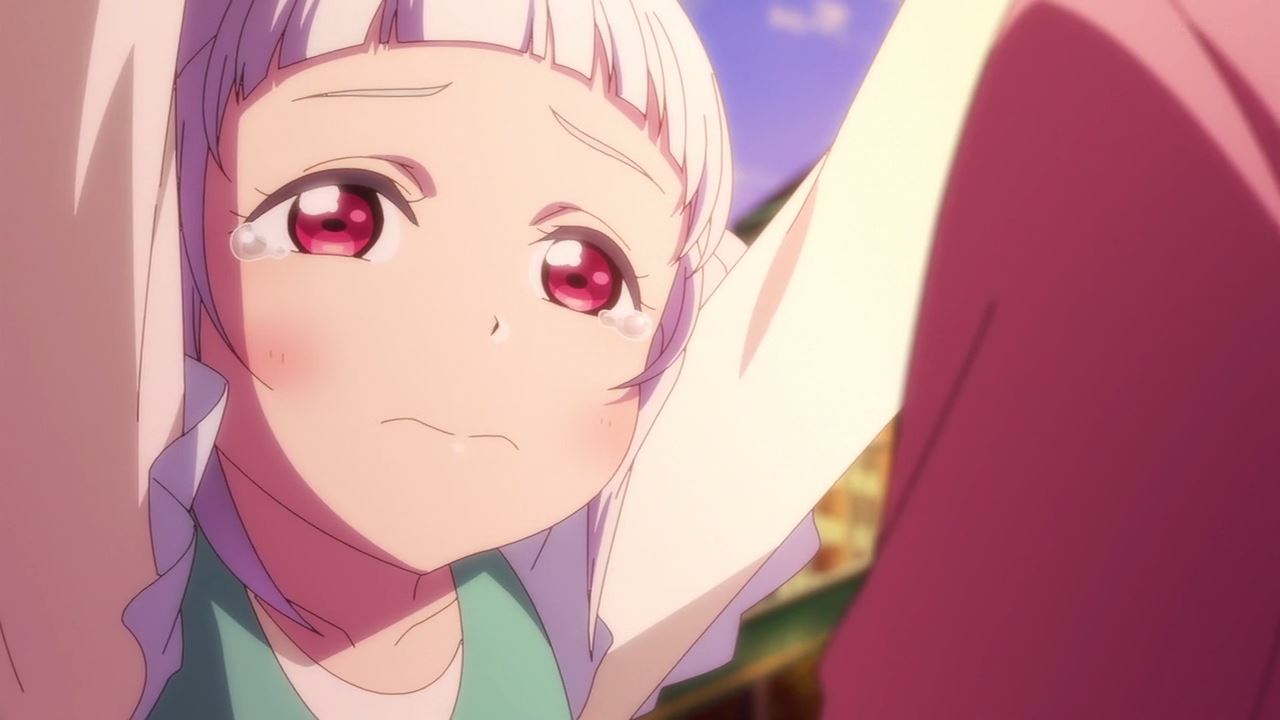 Before she was an exceptional dancer, Chisato Arashi was once a weak girl where she’s being bullied by older kids. Yeah, I don’t like this! 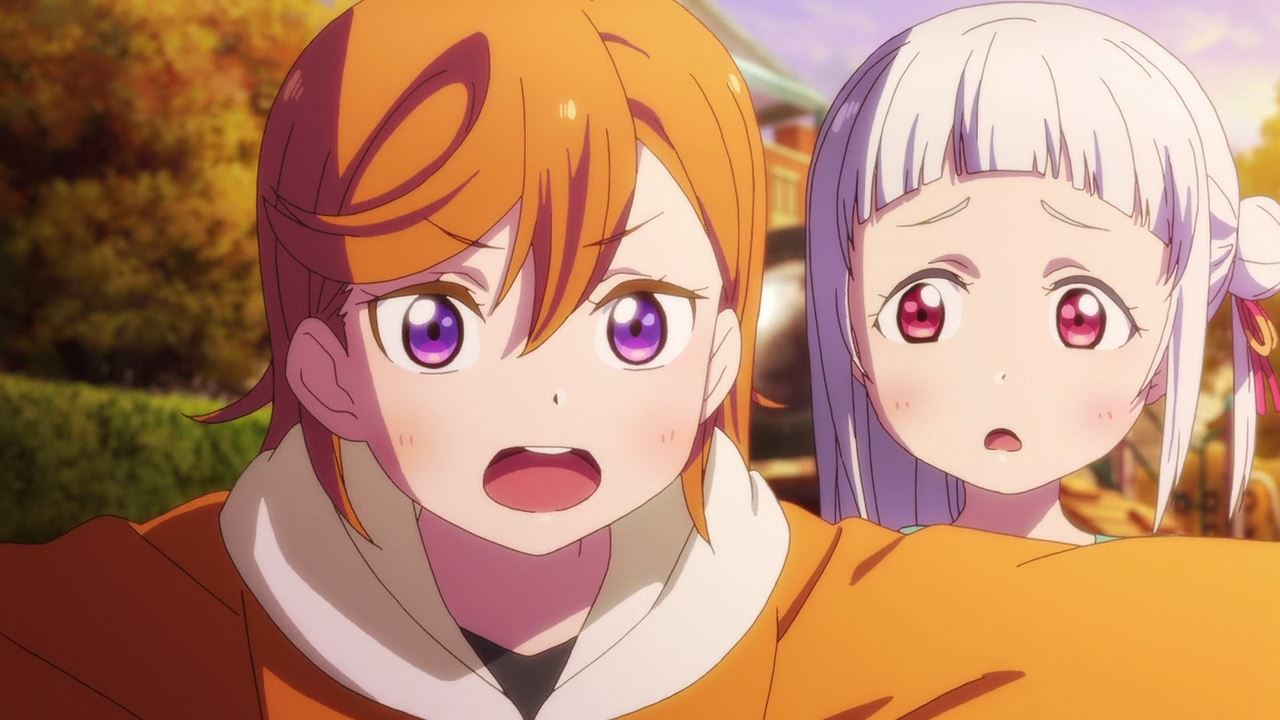 Fortunately, there’s Kanon Shibuya where she’s arrived to save her friend from those bullies. Really surprised that Kanon-chan is brave when it comes to defending Chii-chan. 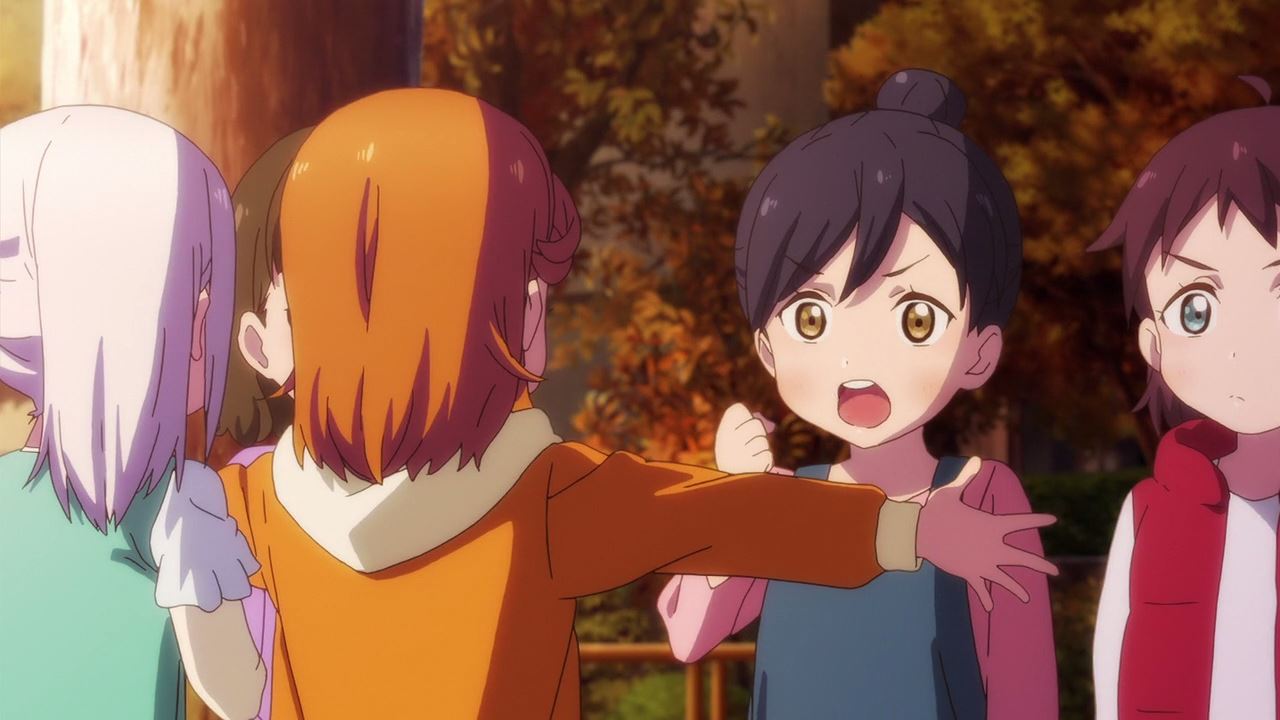 And as for the bullies, looks like they gave up and decided to return the hair tie to Chisato Arashi. That was really nice of Kanon-chan! 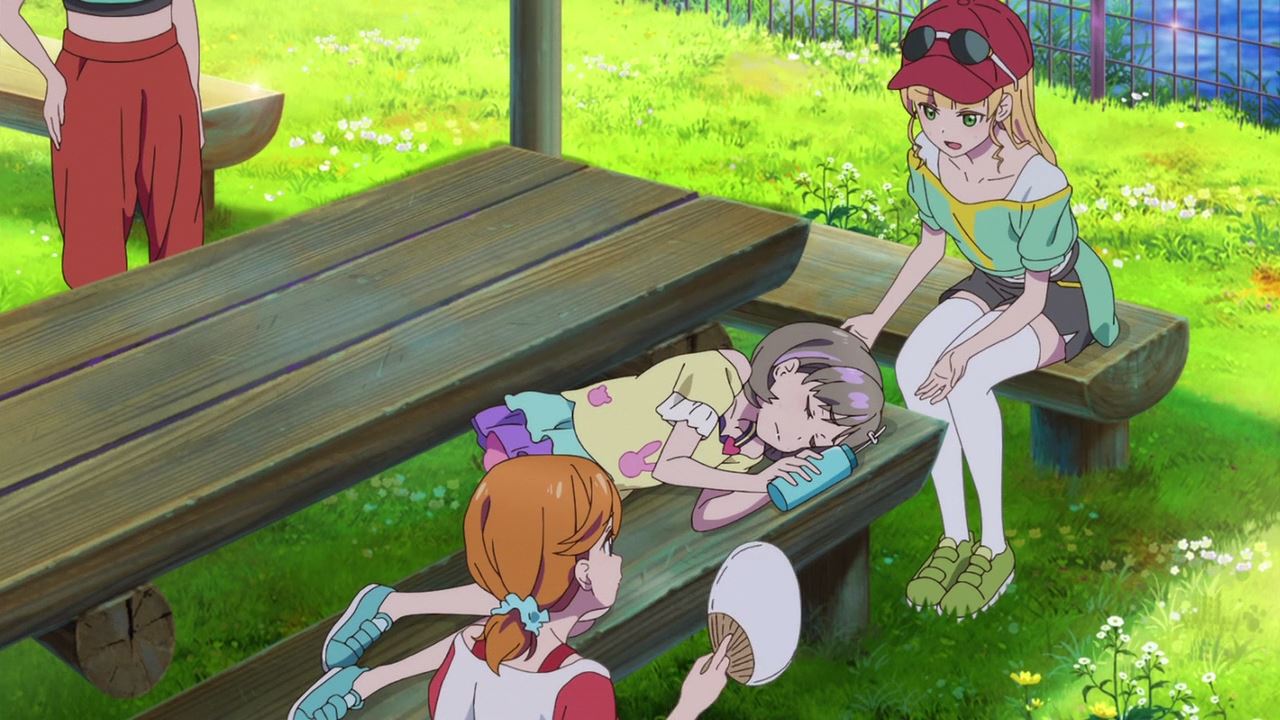 But now, let’s move onto the present where Kanon-chan and the rest are still staying at Passion Island for their training camp.

However, Keke Tang is feeling sluggish today as the bright sun suck the life out of her. 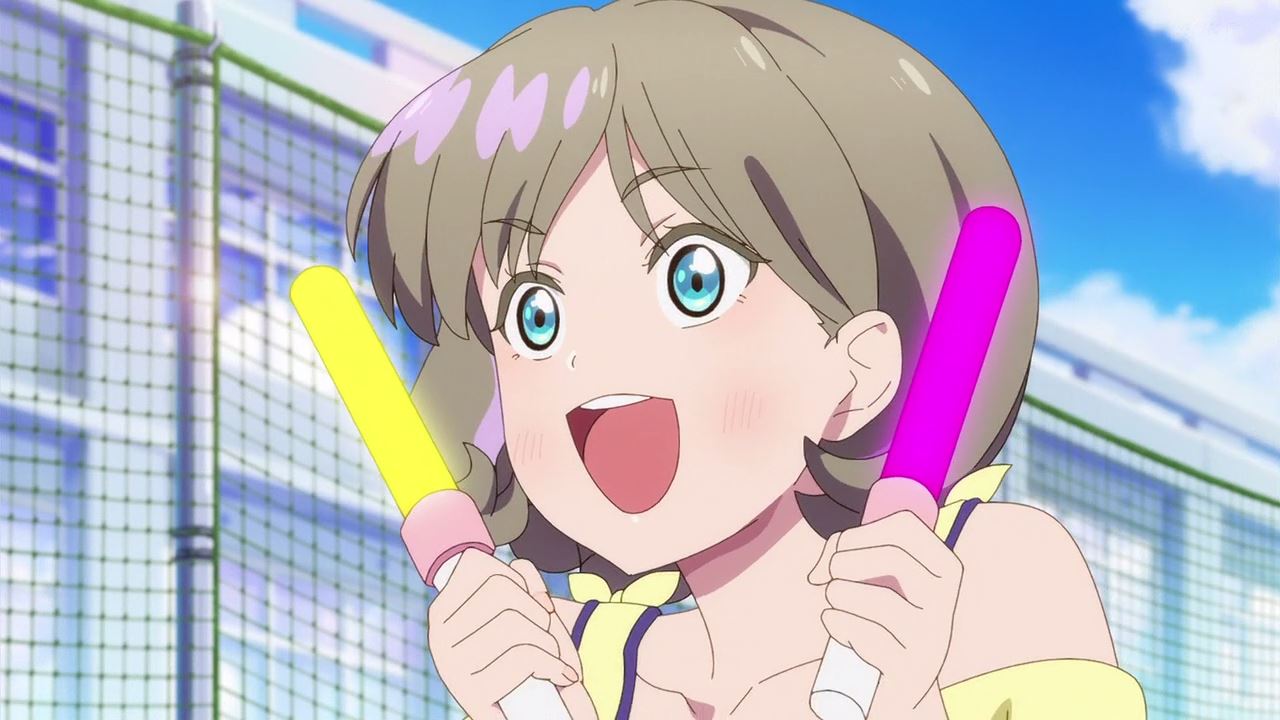 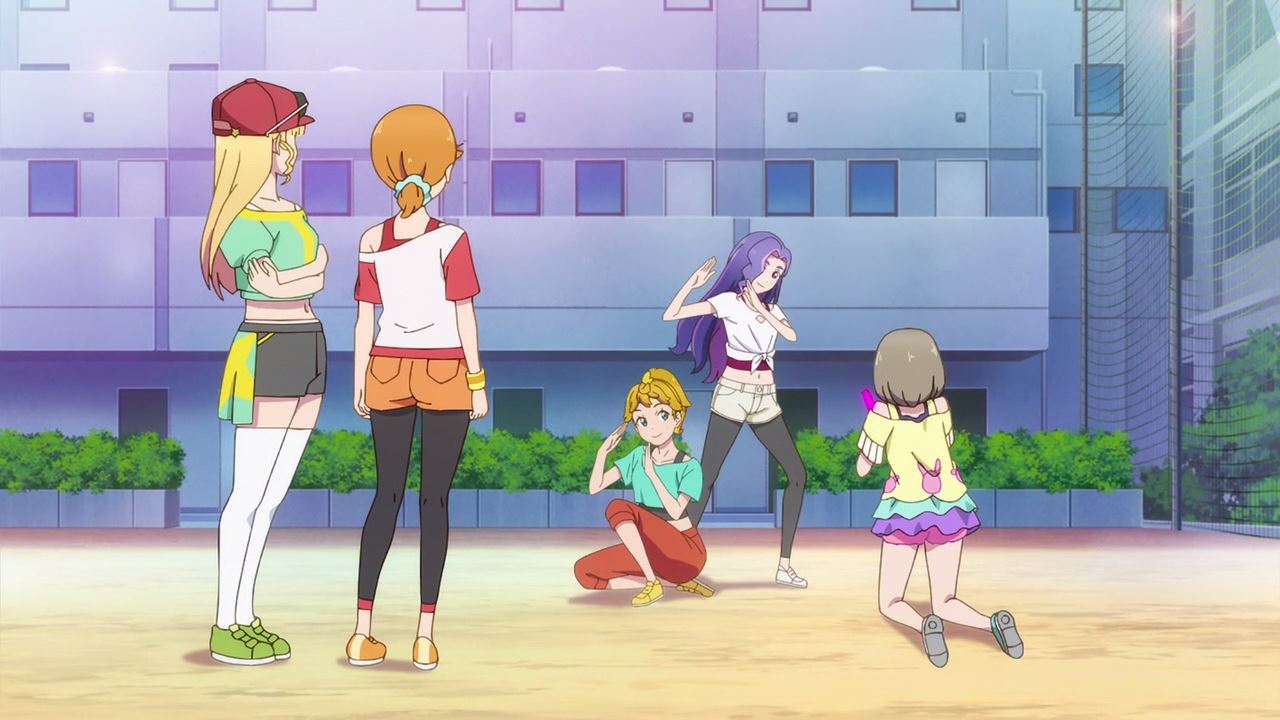 But when it comes to supporting both Yuna Hijirisawa and Mao Hiiragi, Tang got back up like it’s nothing. Keke-chan, you’re supposed to be a school idol, not a wotagei! 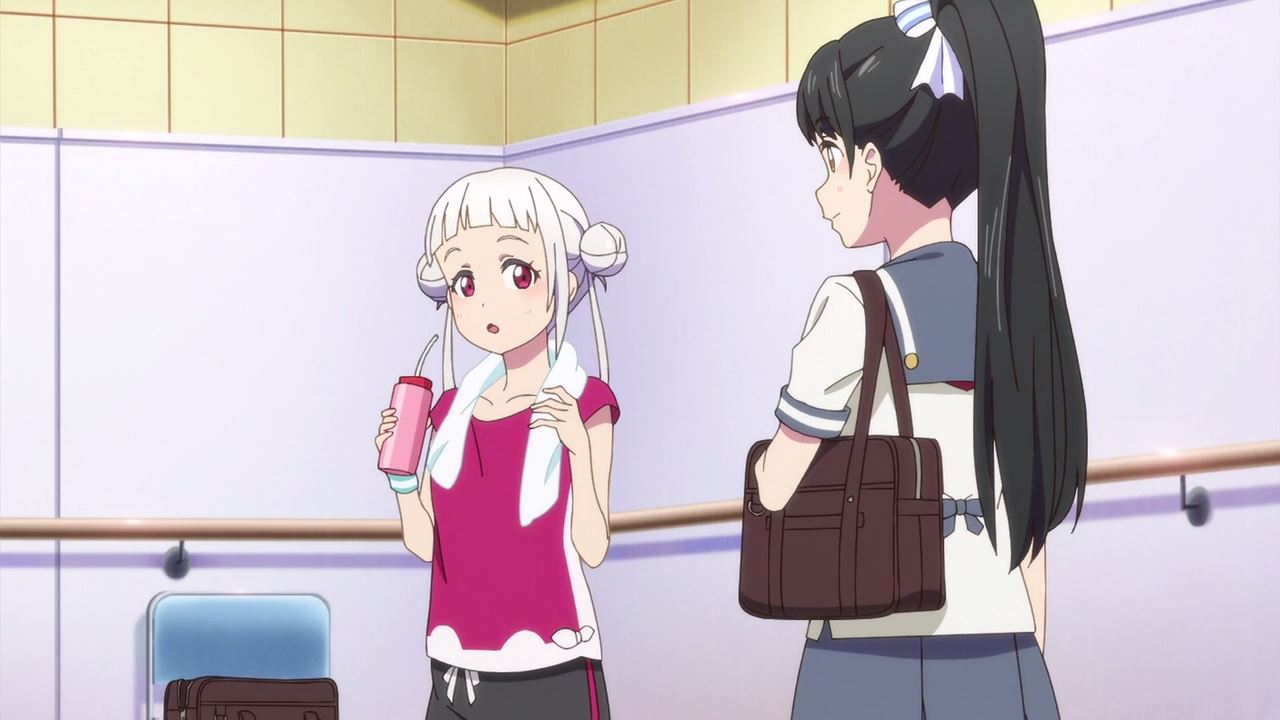 Moving back to Yuigaoka Girls’ Academy, Ren Hazuki checks on Chisato Arashi to see if she’s doing great for the upcoming dance competition.

Of course, I hope that Hazuki won’t check on Arashi’s plan to leave the dance club. 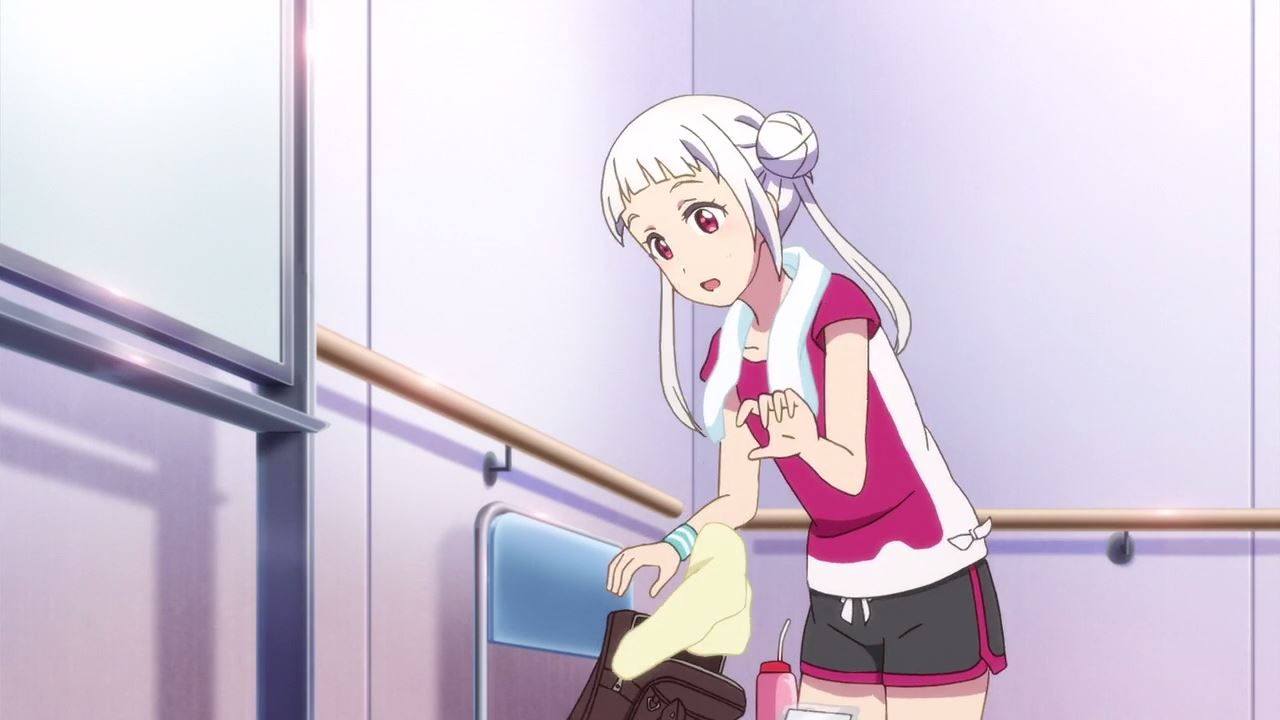 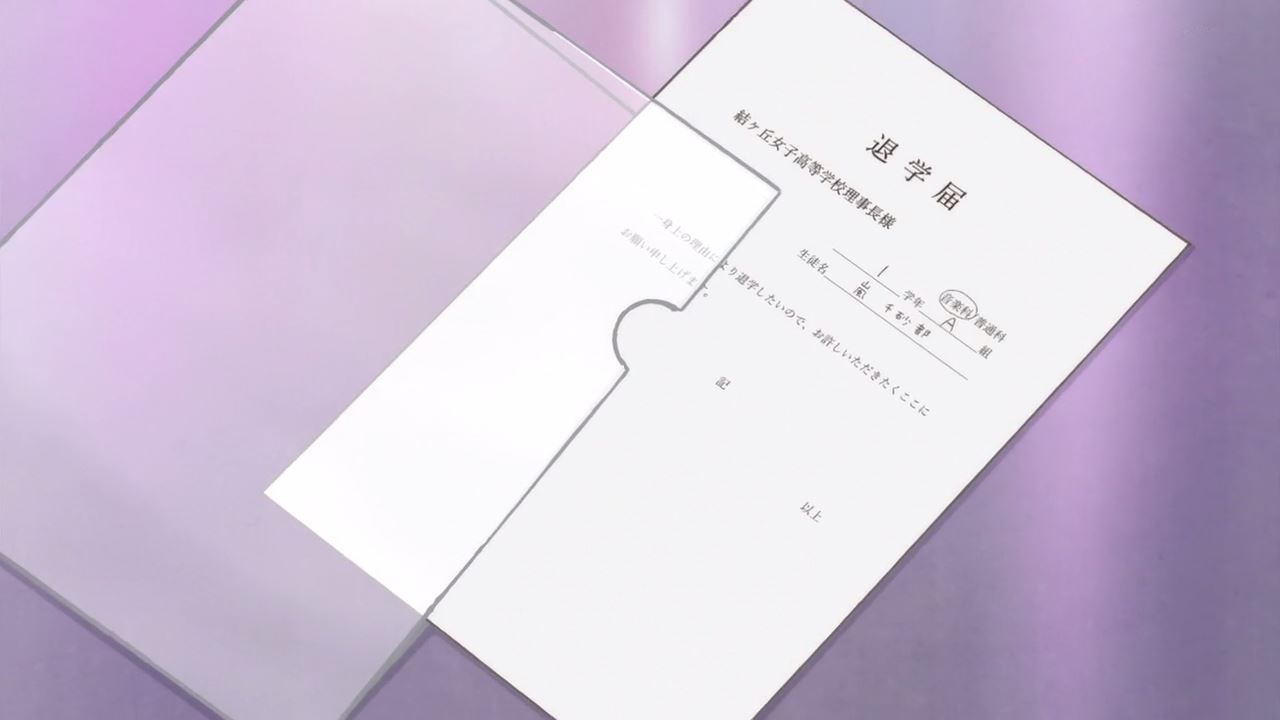 Except that Chii-chan accidentally drop the withdrawal form. That was bad timing right there! 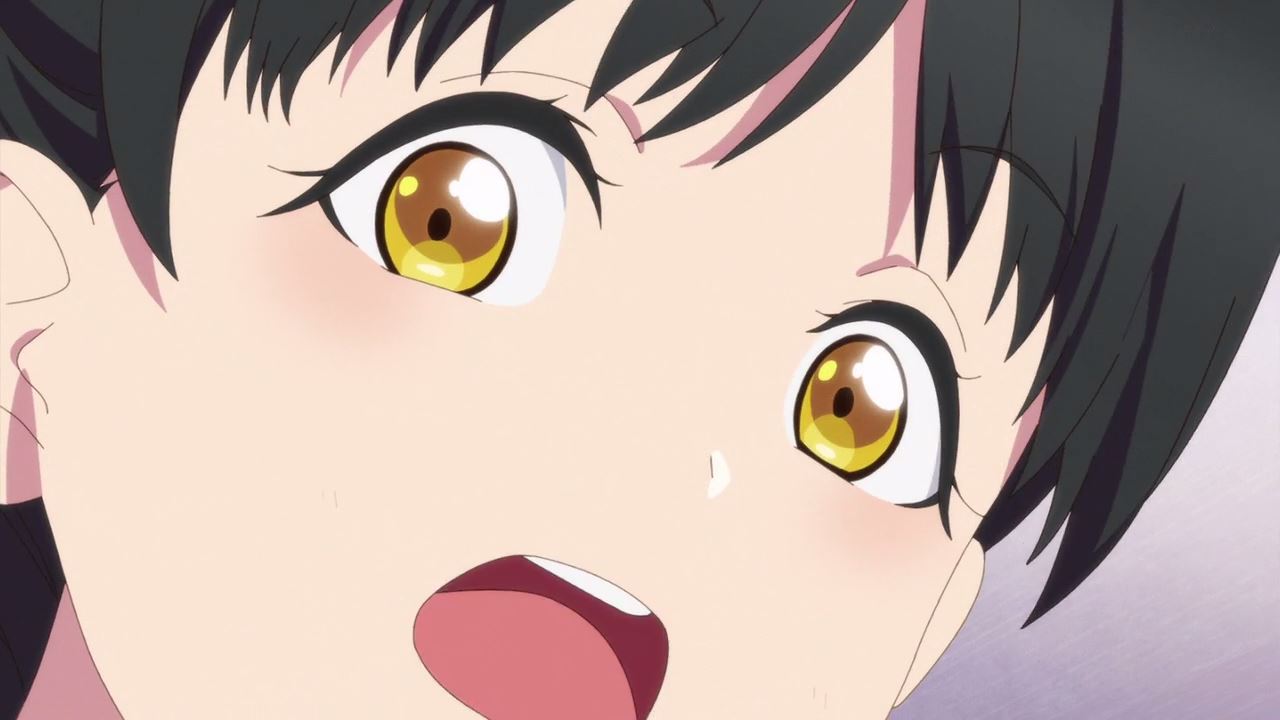 For Ren Hazuki, it appears that she’s getting more curious on what Chisato Arashi is planning to do after the dance competition. 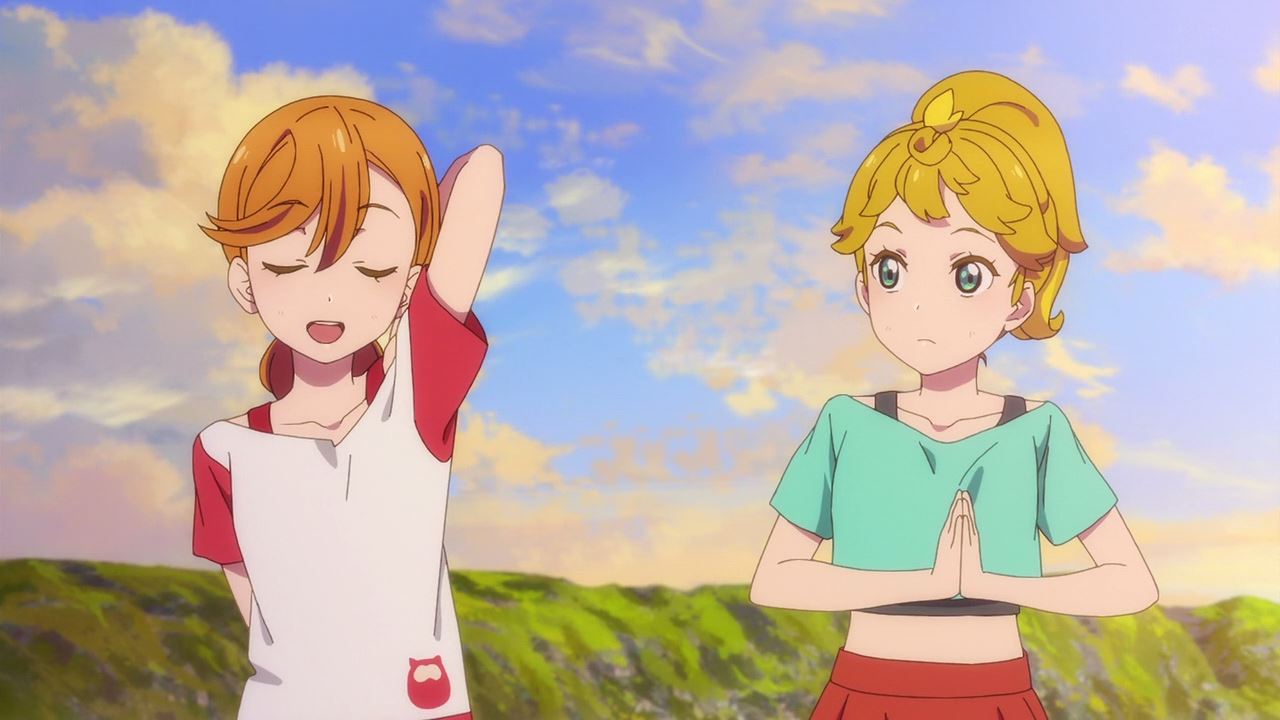 Now let’s return to Passion Island where Kanon Shibuya is doing yoga stretches together with Yuna Hijirisawa. For Kanon-chan, she’s surprised that Sunny Passion is helping the island with their performance.

On the other hand, Yuna is curious on what happened to Chisato Arashi as she’s responsible for the dance choreography, although Kanon told her that Chii-chan is focused on winning the competition. 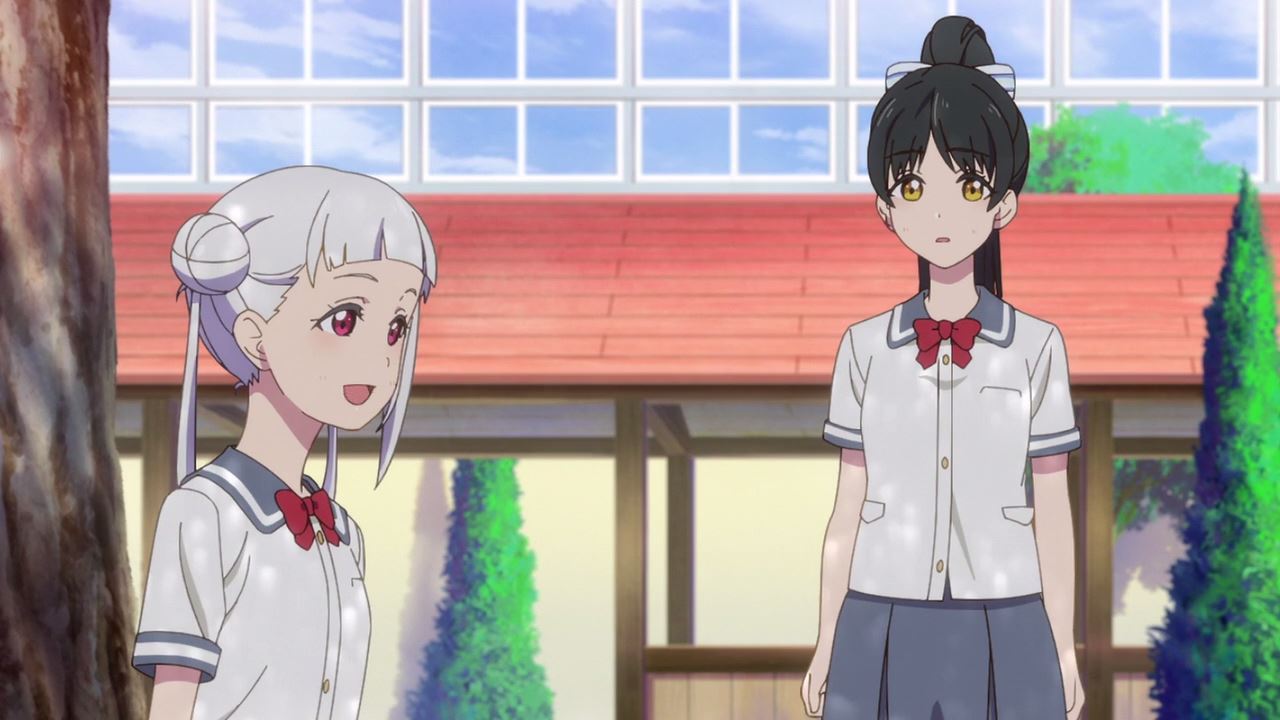 But speaking of Chisato Arashi, she’s having a dilemma where she’s torn on staying with Kanon Shibuya or pursue her dancing career to the world stage.

Anyways, she told Ren Hazuki that if she wins the dance competition, Chii-chan will have to leave Japan to pursue dancing lessons abroad. Of course, without Kanon-chan around, Chisato might get bullied overseas which is why Arashi needed her friend’s support.

Still, we’ll have to find out on whether Chii-chan wins the dance competition or not. 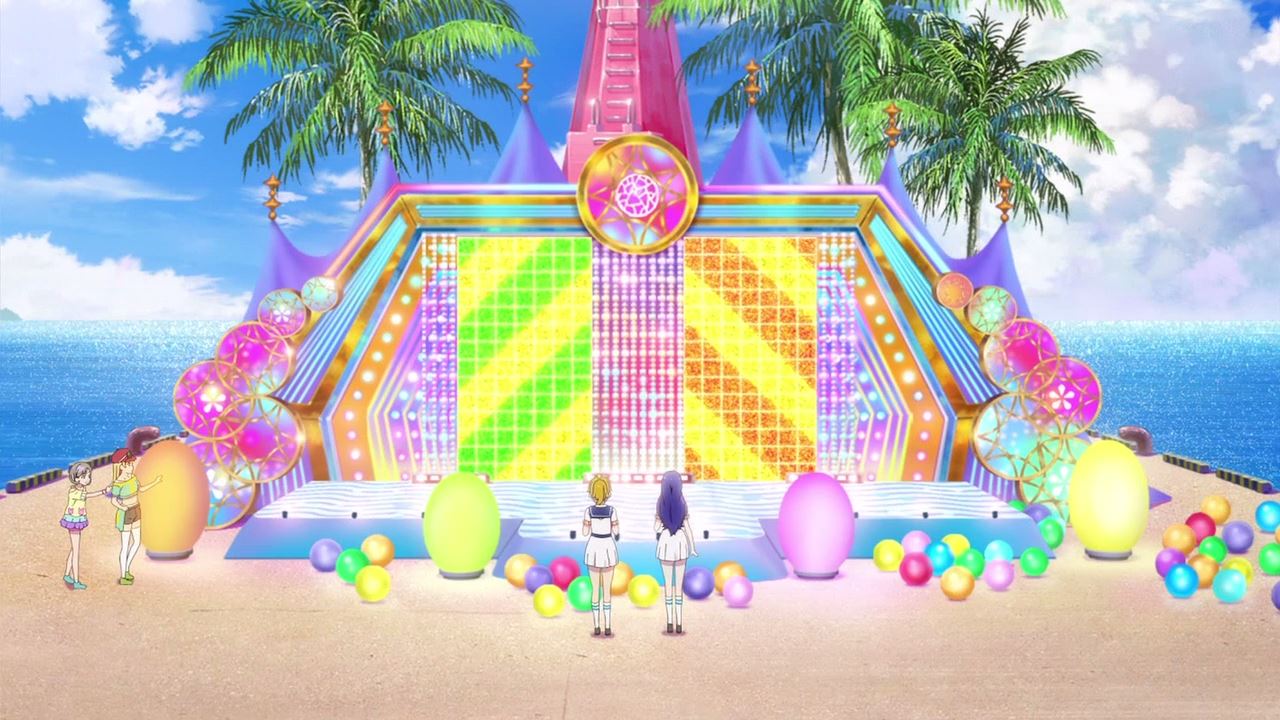 Moving back to Passion Island where final preparations are set for tonight’s concert. And seriously, the stage looks stunning especially when it’s illuminated at night. 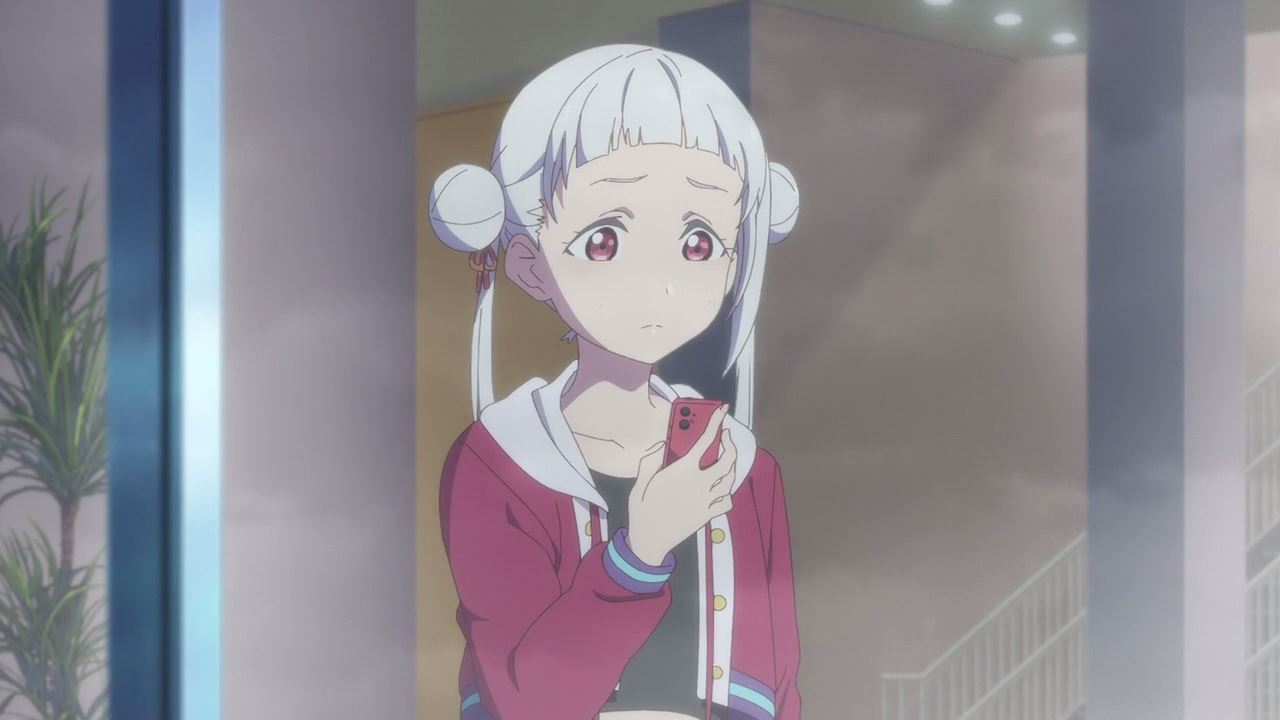 But let’s return to Chisato Arashi where she’s ready to compete at the dance tournament, although Chii-chan is a bit nervous since she’ll compete alone. 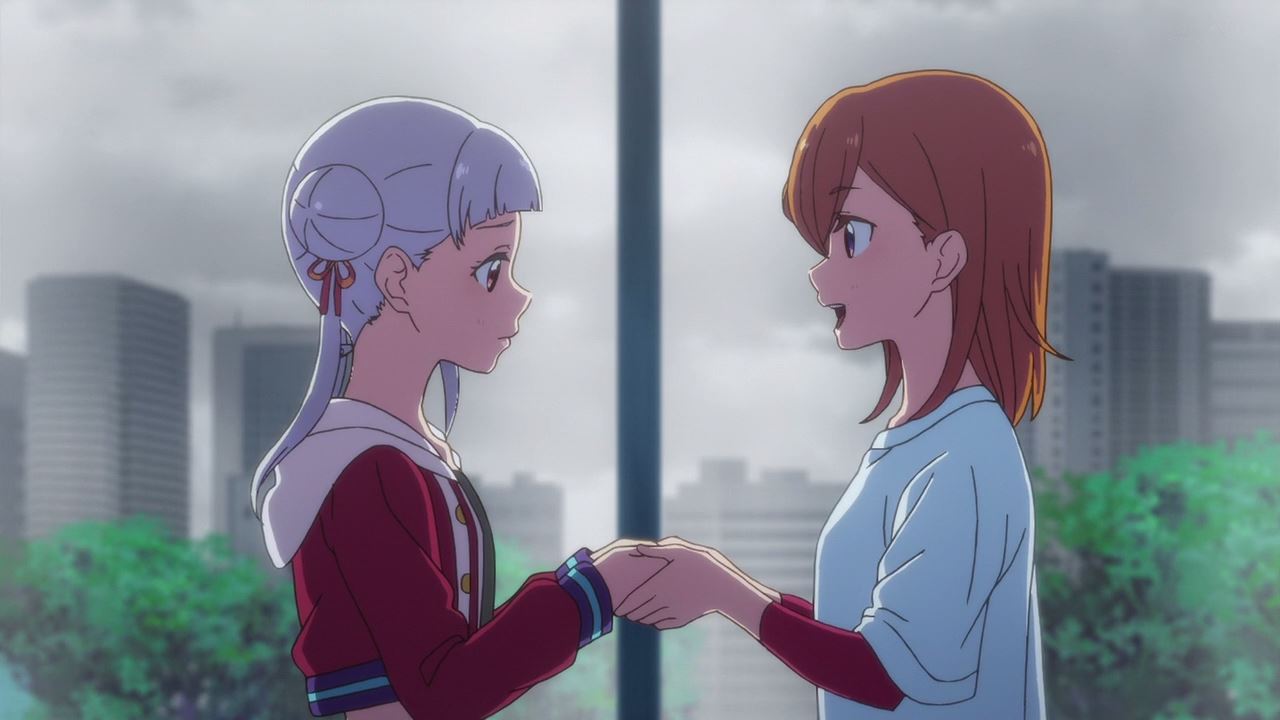 But to the surprise of many, Kanon Shibuya returned to Tokyo as she wants to support her best friend. C’mon, they’re inseparable as Chii-chan and Kanon watch each other’s backs.

Still, I wonder if Kanon has enough time to get back to Passion Island once Chisato finishes her performance at the dance competition? 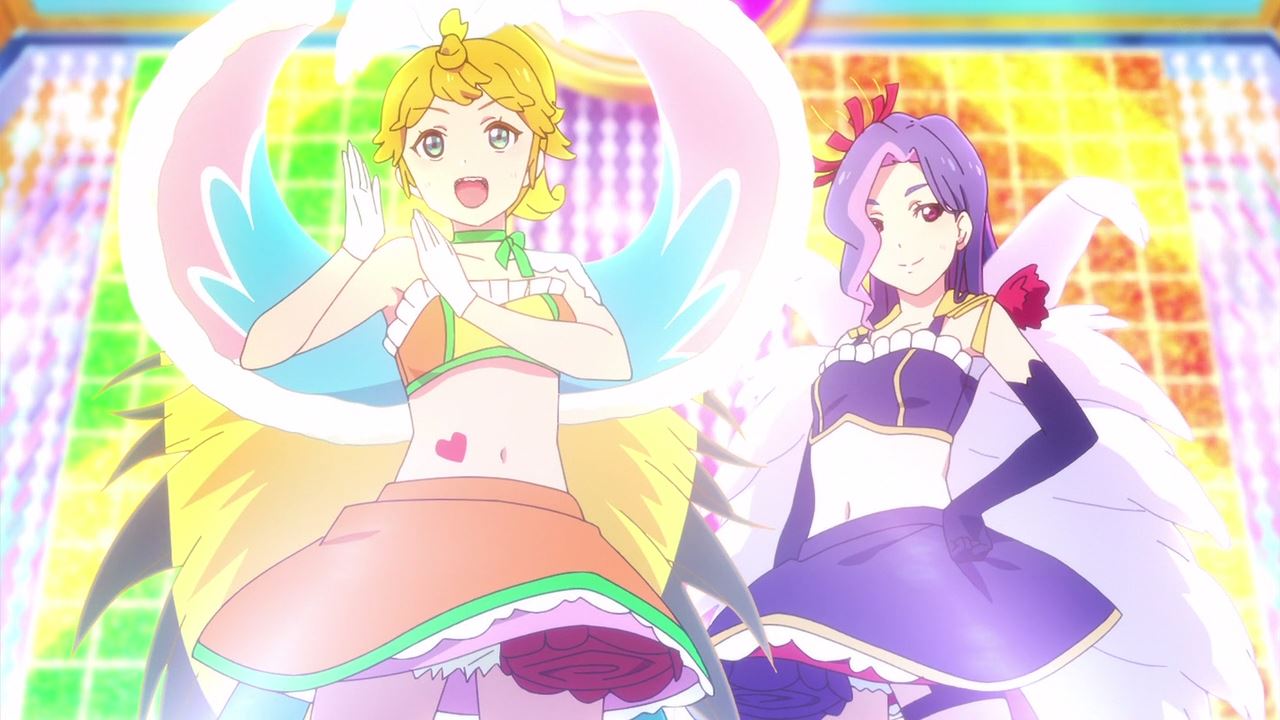 But anyways, it’s time for the concert where Sunny Passion is here to introduce Yuigaoka Girls’ Academy’s school idol club. Wait, is it early to introduce them?

Of course, if Chisato Shibuya is not here on time, looks like Keke Tang and Sumire Heanna will have to perform on their own. 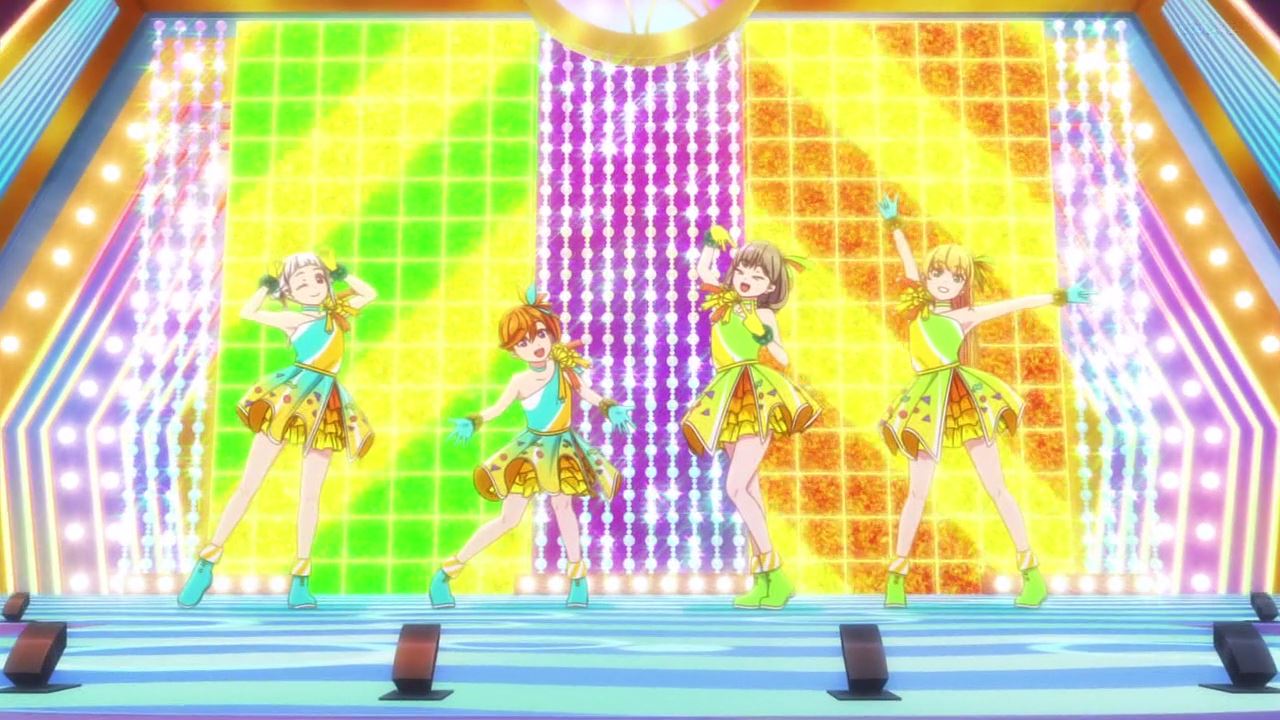 However, it appears that Yuigaoka’s school idol club now has 4 members with the addition of Chisato Arashi. Oh yeah, they made an awesome performance at Passion Island as they sing “Tokonatsu☆Sunshine”.

While it’s nice that the club has expanded, how did Chii-chan managed to join the club and perform on the same day? 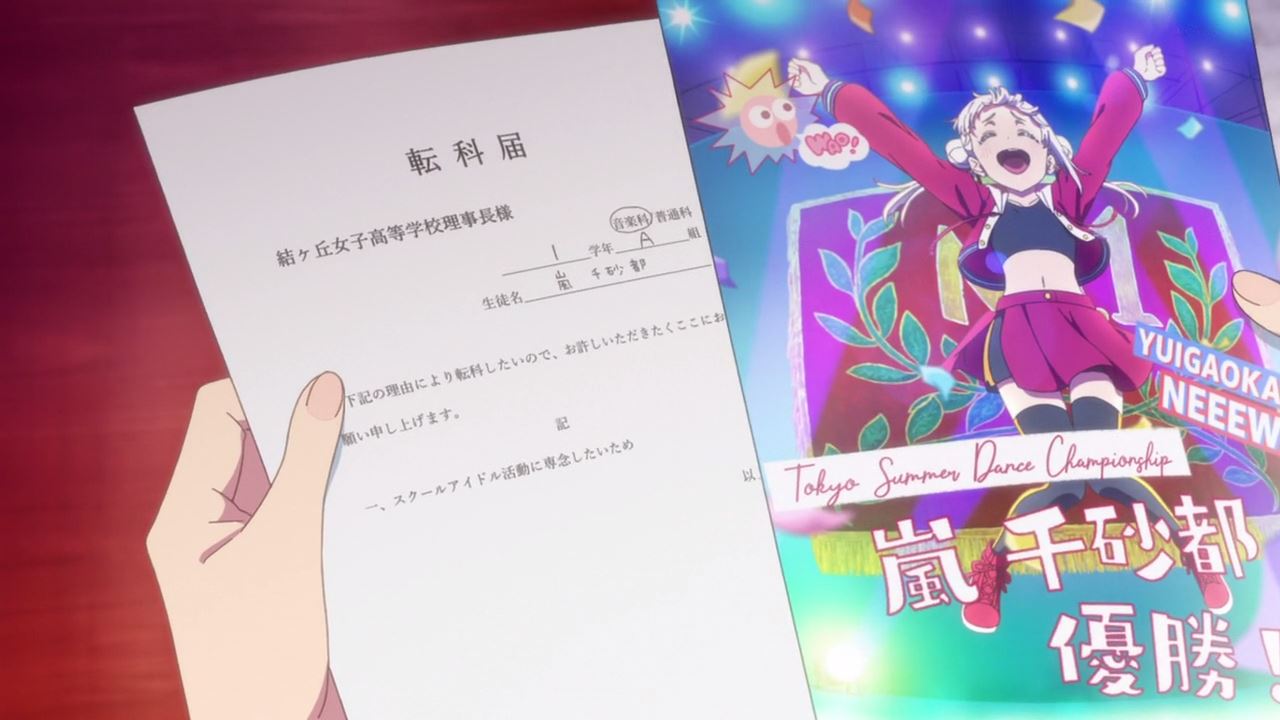 Well, it appears that Arashi already pass the transfer form to the chairwoman after winning the dance competition. This means that Chisato is officially a member of the school idol club. 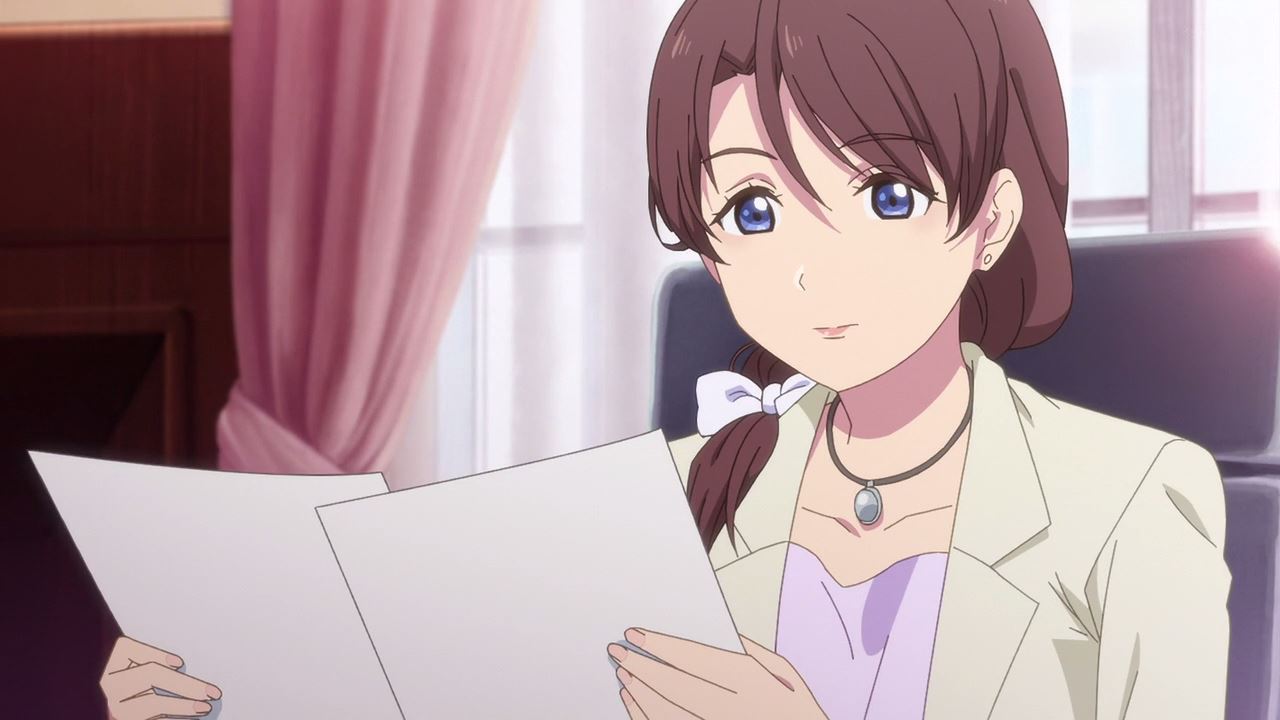 But speaking of Hazuki, the next episode will focus on Ren’s student council presidential campaign. We’ll never know for sure if Ren will keep her job or not.