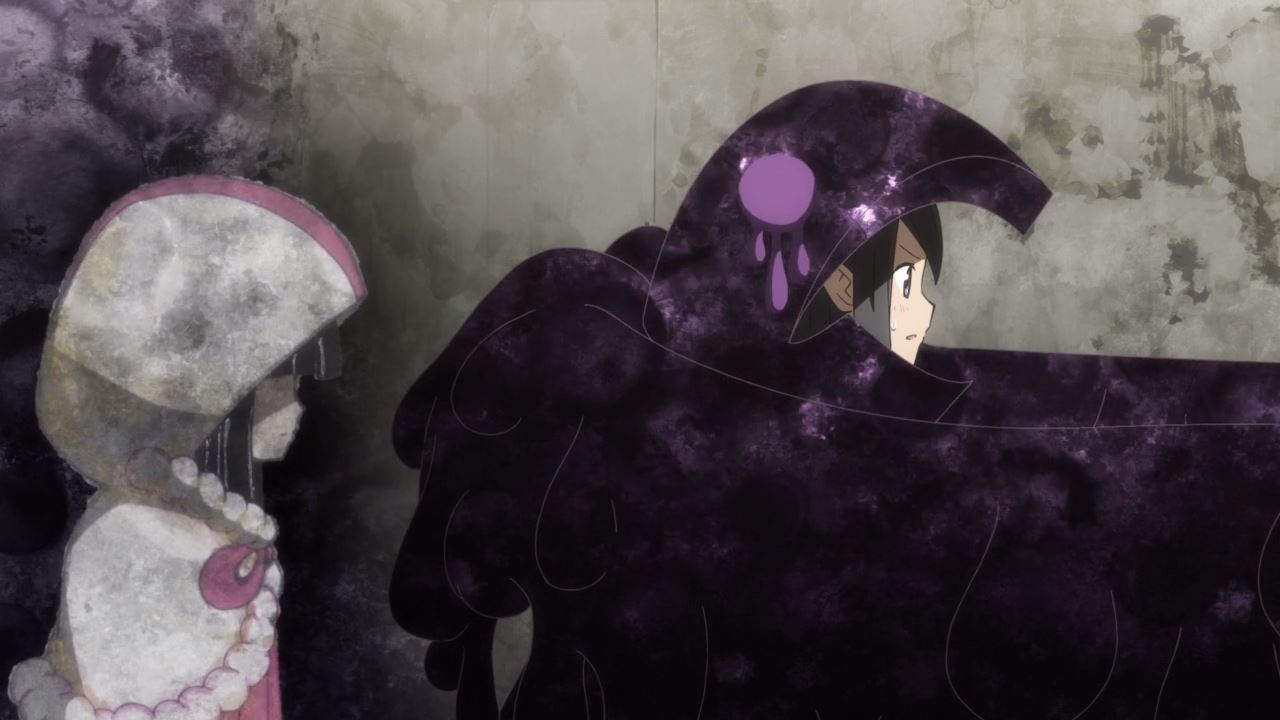 Oh boy, looks like Kuroe heard a voice from someone she used to know. Of course, I’m worried that Kuroe might transform into a Doppel permanently after taking out lots of Magius members who tried to stop her. 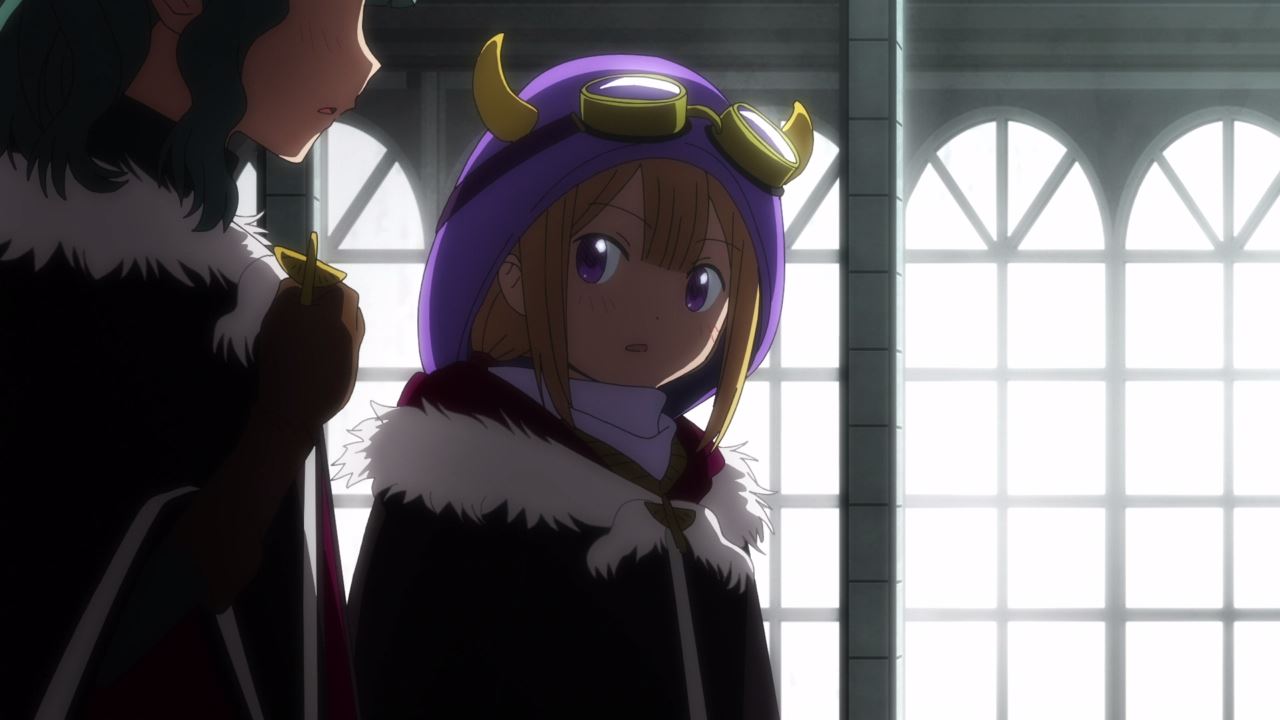 Now then, let’s move onto Sana Futaba and Felicia Mitsuki where they’re asking more questions to Mifuyu Azusa, while stating their intention to leave Magius as the organization is getting more dangerous.

C’mon, breeding witches as fodder for Embryo Eve is the last straw, especially to Felicia where she’s really disgusted by it. 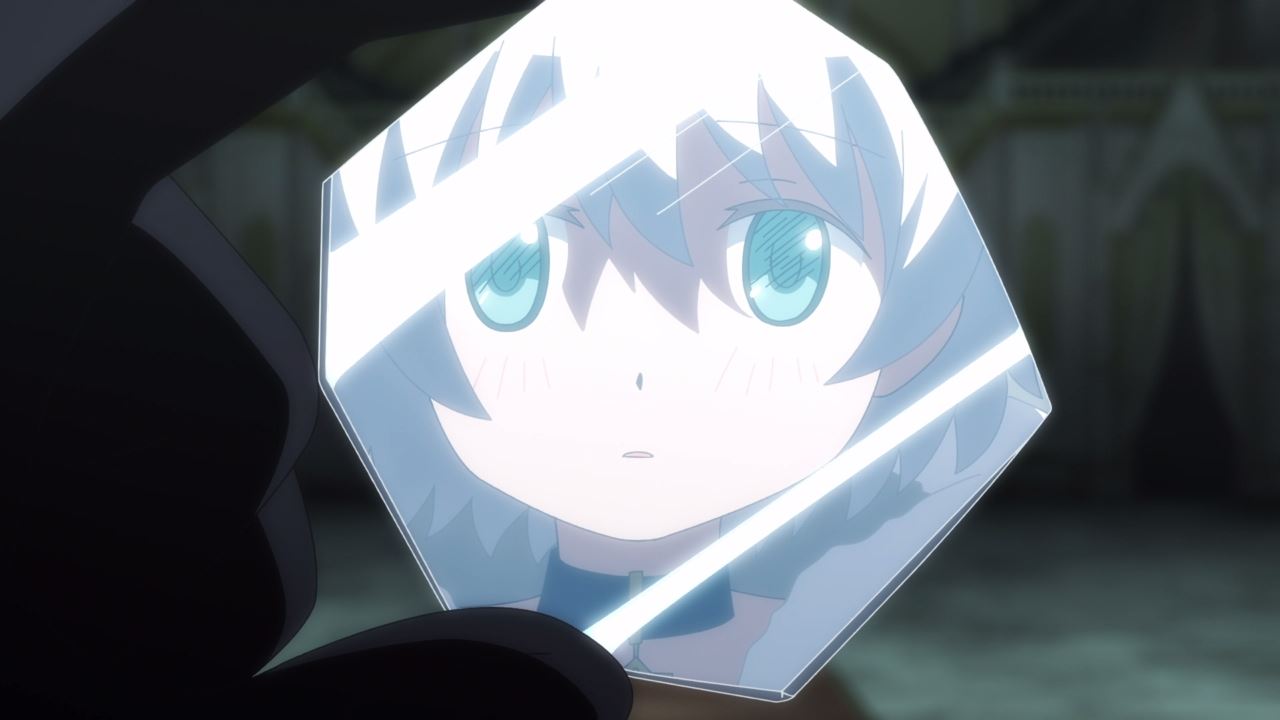 As for Mifuyu, it appears that she realized her mistake and decided to help both Sana and Felicia. However, is it too late to change sides at this point? 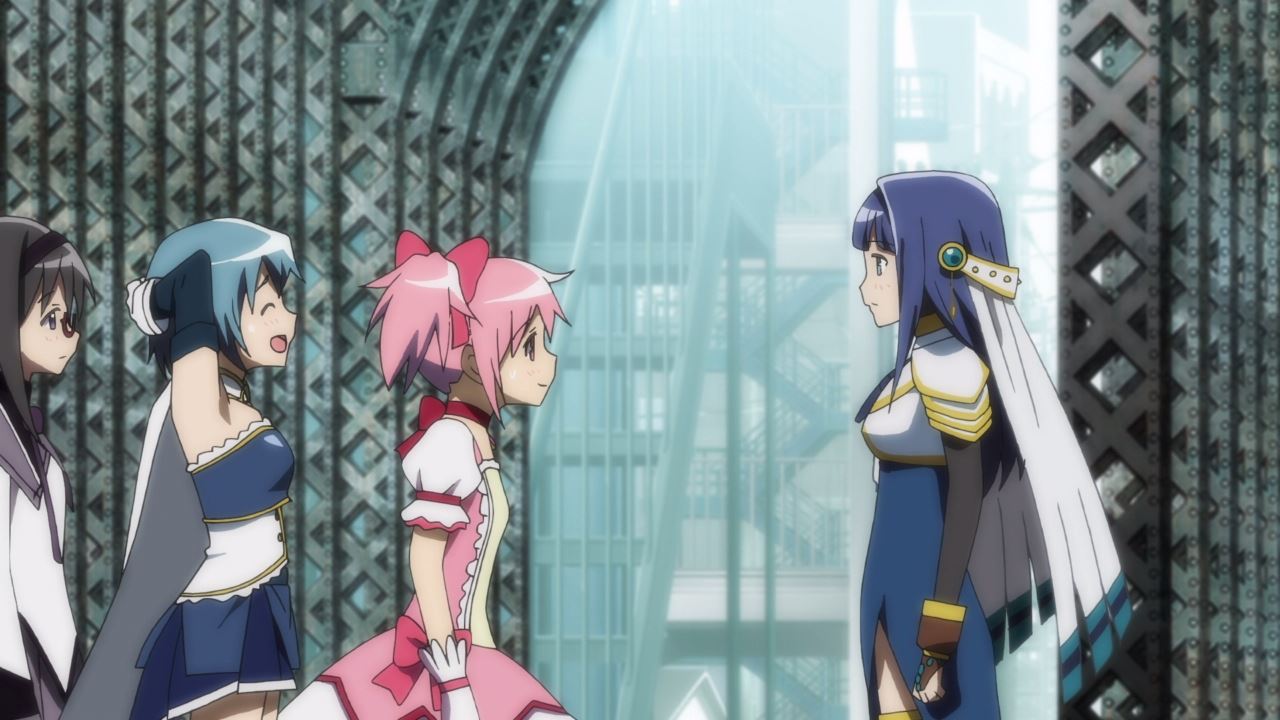 Meanwhile, here’s Yachiyo Nanami where she met Madoka Kaname and her friends as they’re worried about Mami Tomoe.

While it’s nice that the rest of the original cast are here, time is of the essence as Walpurgisnacht’s appearance is fast approaching… unless sacrifices are made to stop the most powerful witch. 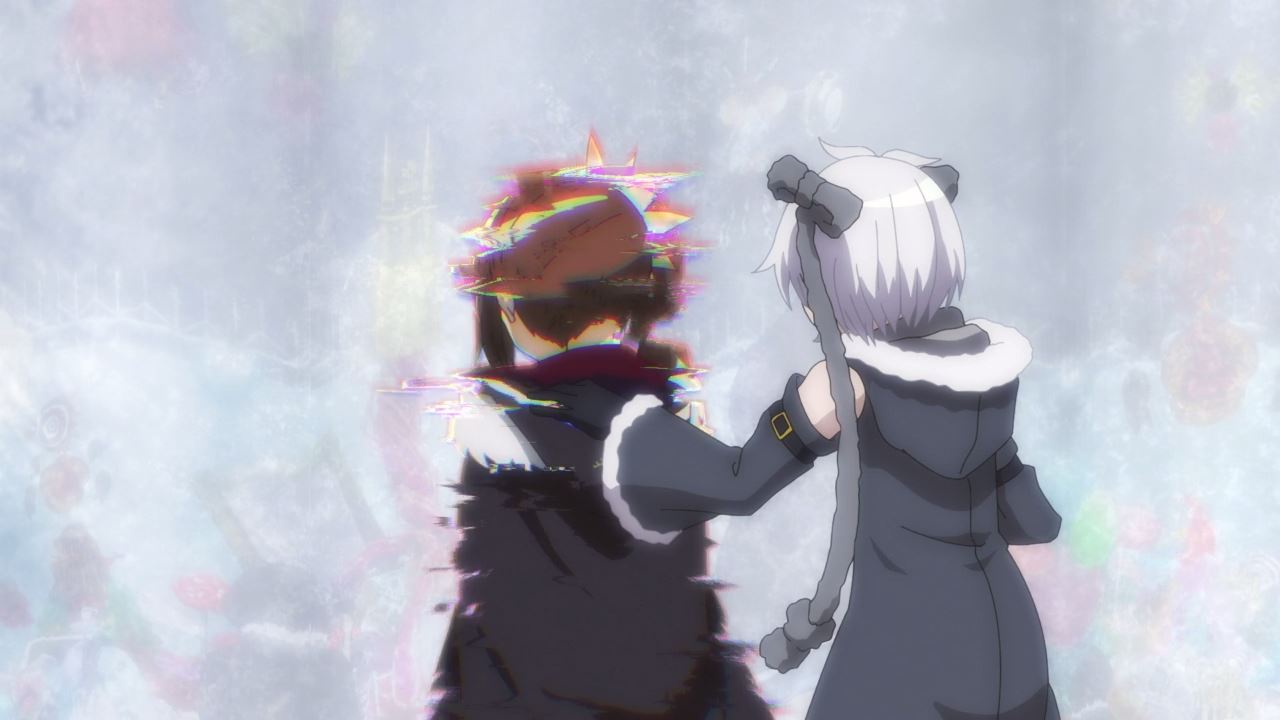 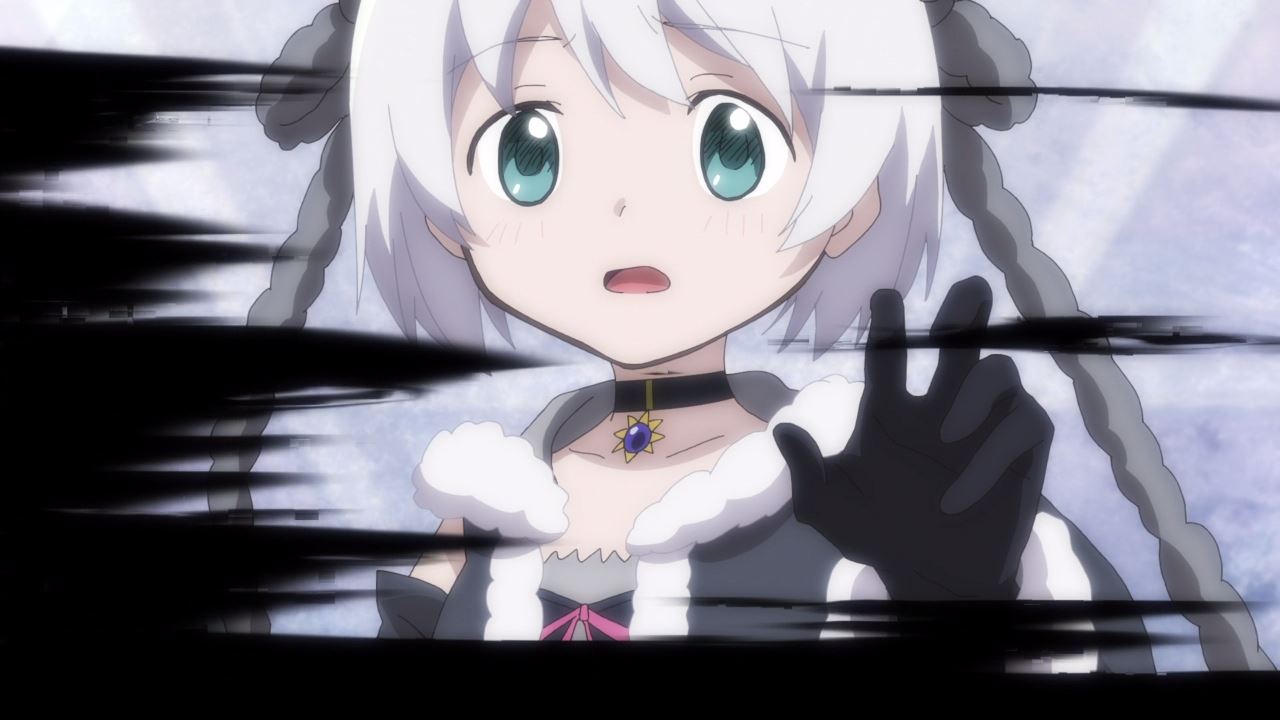 Now let’s move onto Mifuyu Azusa where she attempts to rescue Tsuruno Yui, only to find out that her body is fluctuating like crazy. 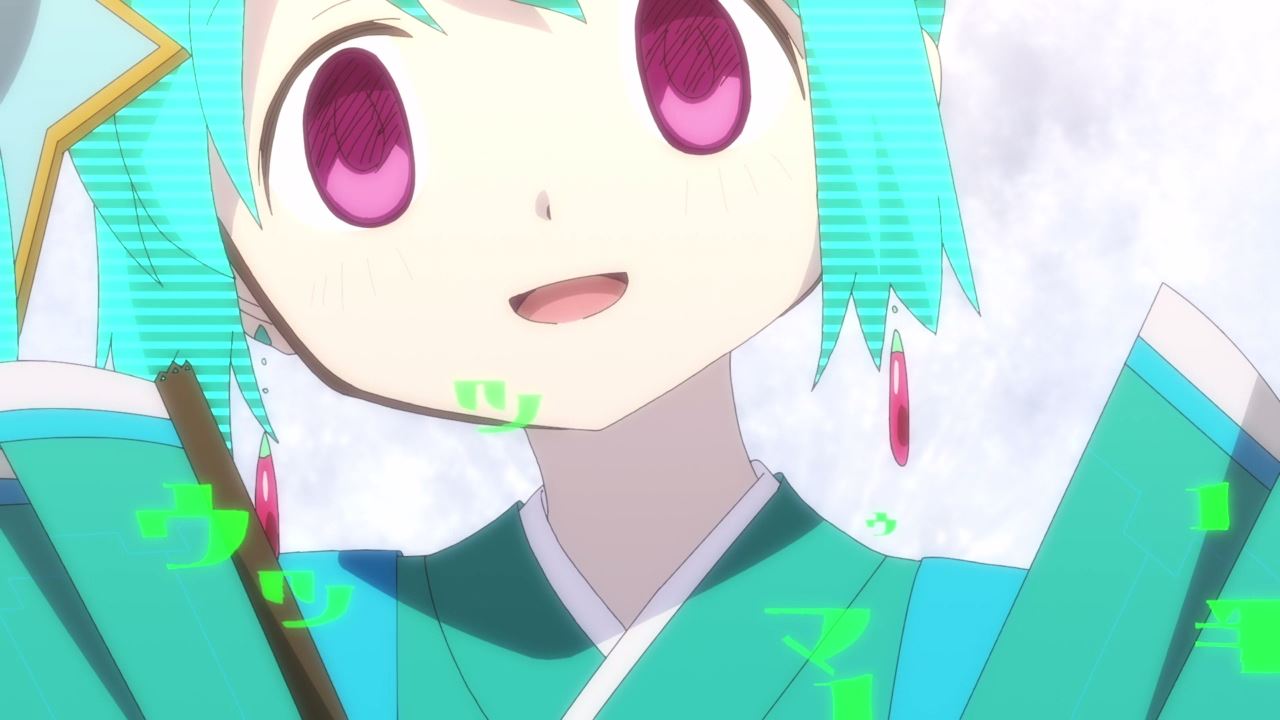 And it’s getting worse is that Tsuruno has become an Uwasa. Wow, she’s really creepy when seeing Tsuruno up-close with her dull eyes! 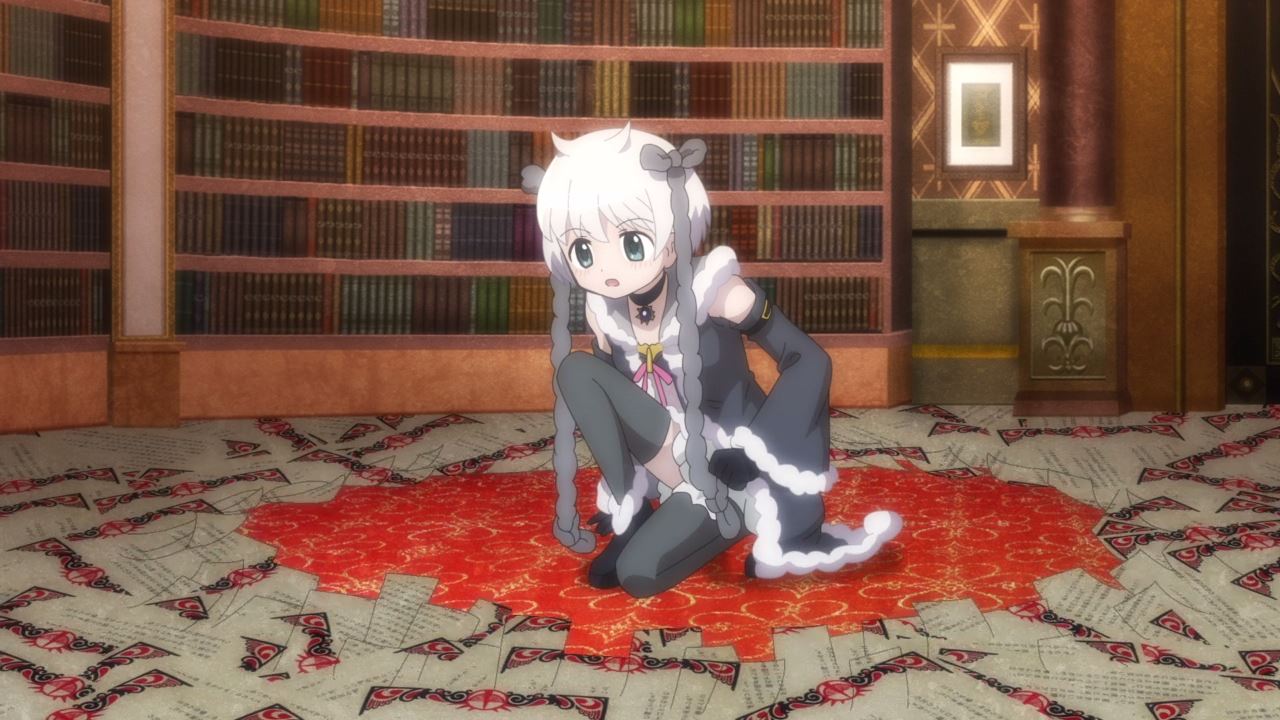 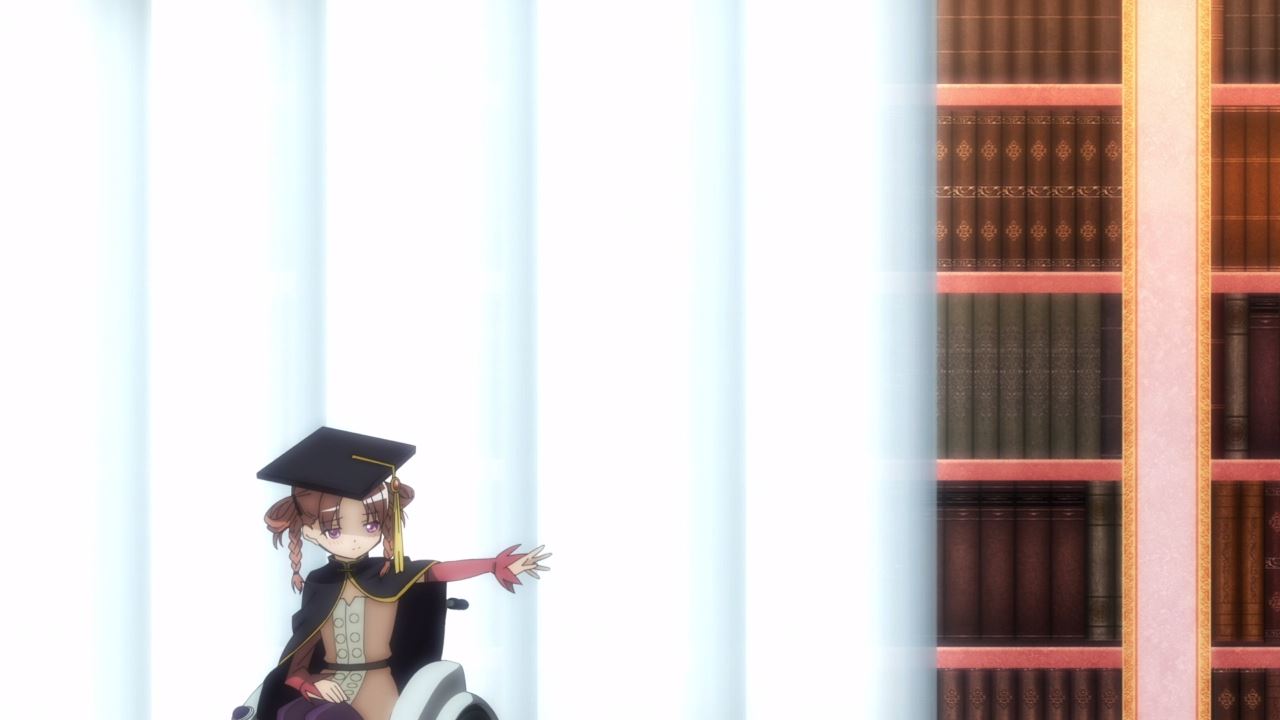 Unfortunately for Mifuyu Azusa, Nemu Hiiragi restrained her as she doesn’t want anyone interfering Magius’ plan of summoning Embryo Eve to Kamihama City.

You know something, I think Nemu should stop Touka Satomi’s madness before she bites the dust soon. 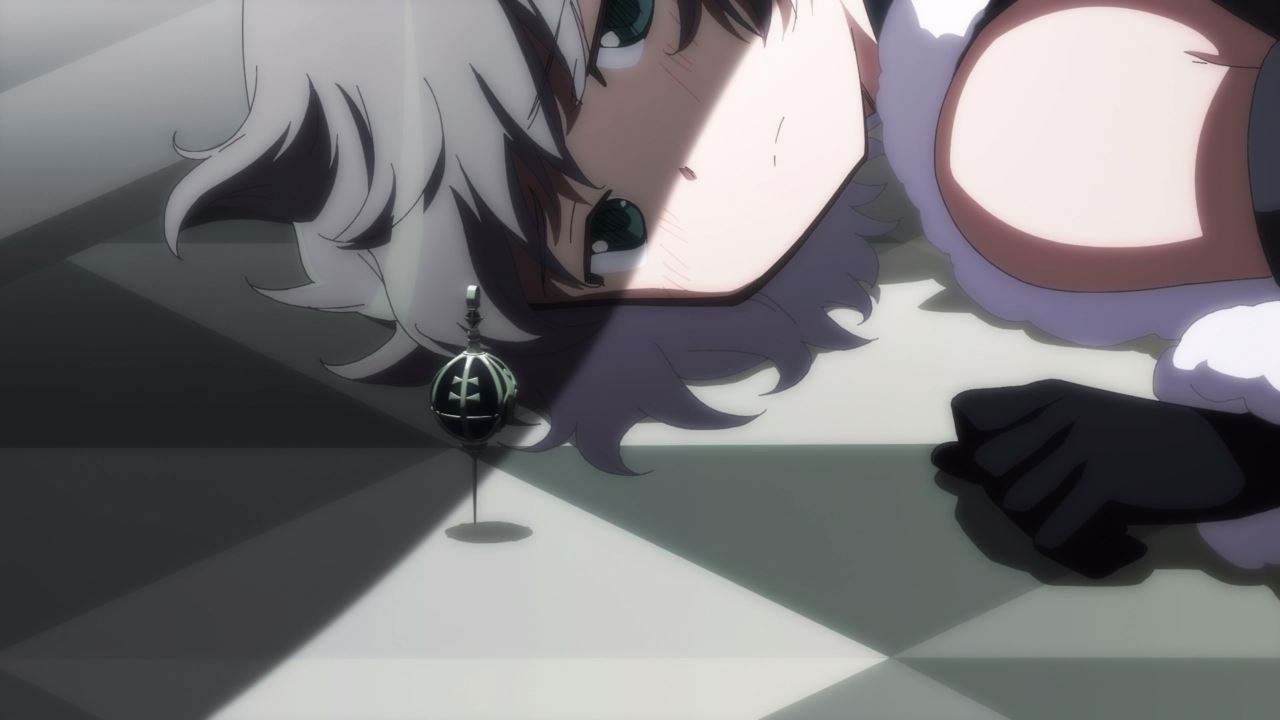 As for Mifuyu Azusa, looks like she’s stuck inside her prison forever… until she got a Grief Seed from someone. 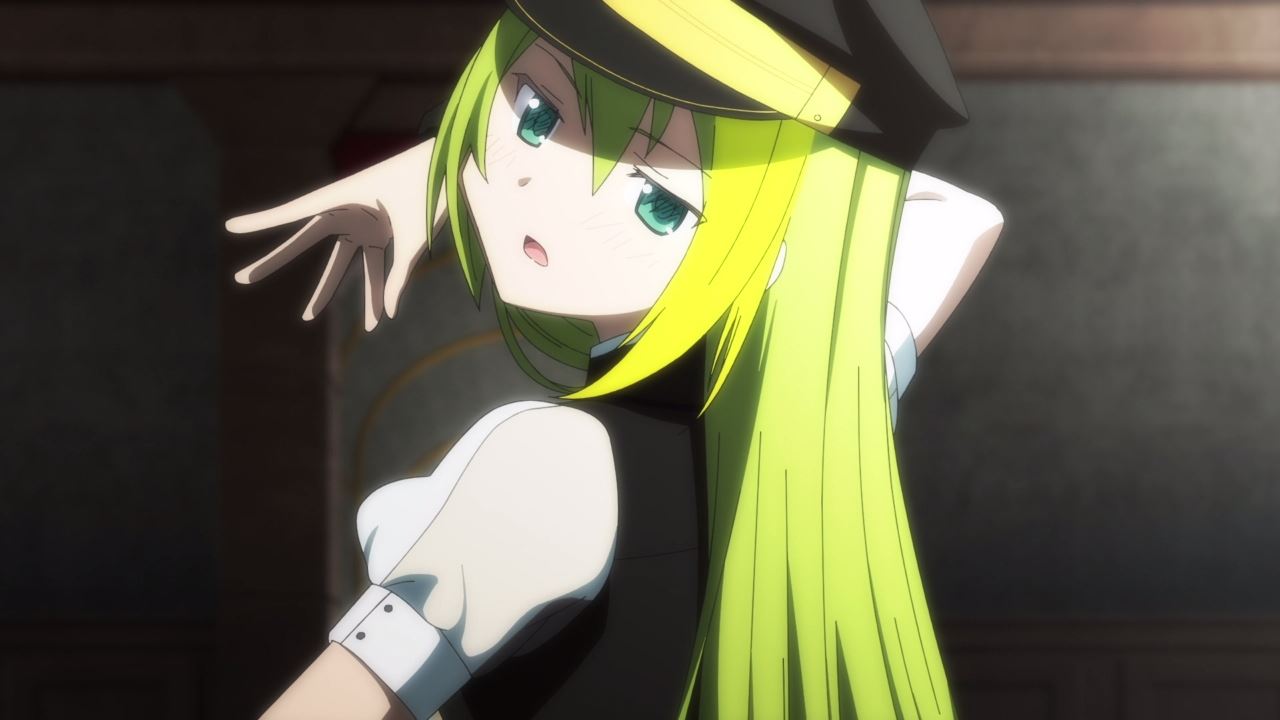 And it turns out that Alina Gray is the one who gave her. Still, I wonder if Alina wants the Embryo Eve plan to succeed or fail spectacularly?

Regardless, it’s weird that Alina would aid a traitor in this crucial time. 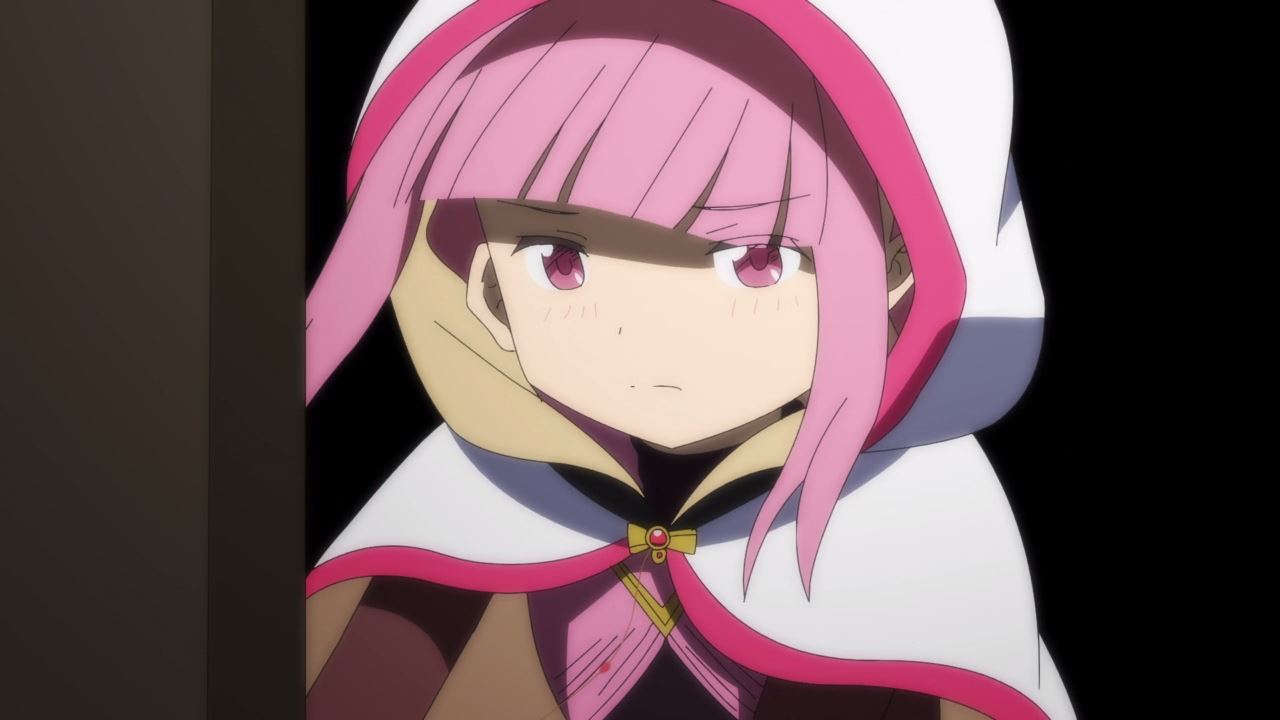 Now let’s return to Iroha Tamaki where she finally went outside Magius’ headquarters. Sadly, Iroha is greeted by the chaotic scene of magical girls fighting against witches. 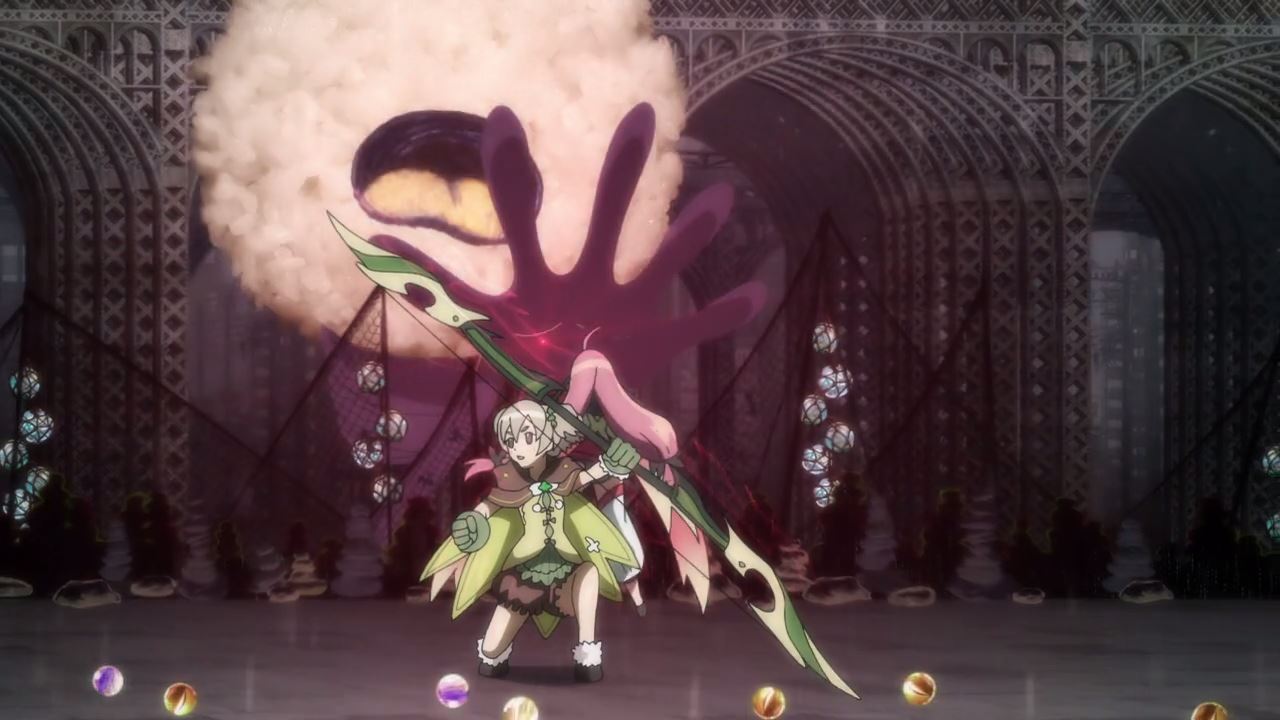 And really, seeing most of the girls in Kamihama City is not only a spectacle, but it’s filled with chaos and despair. 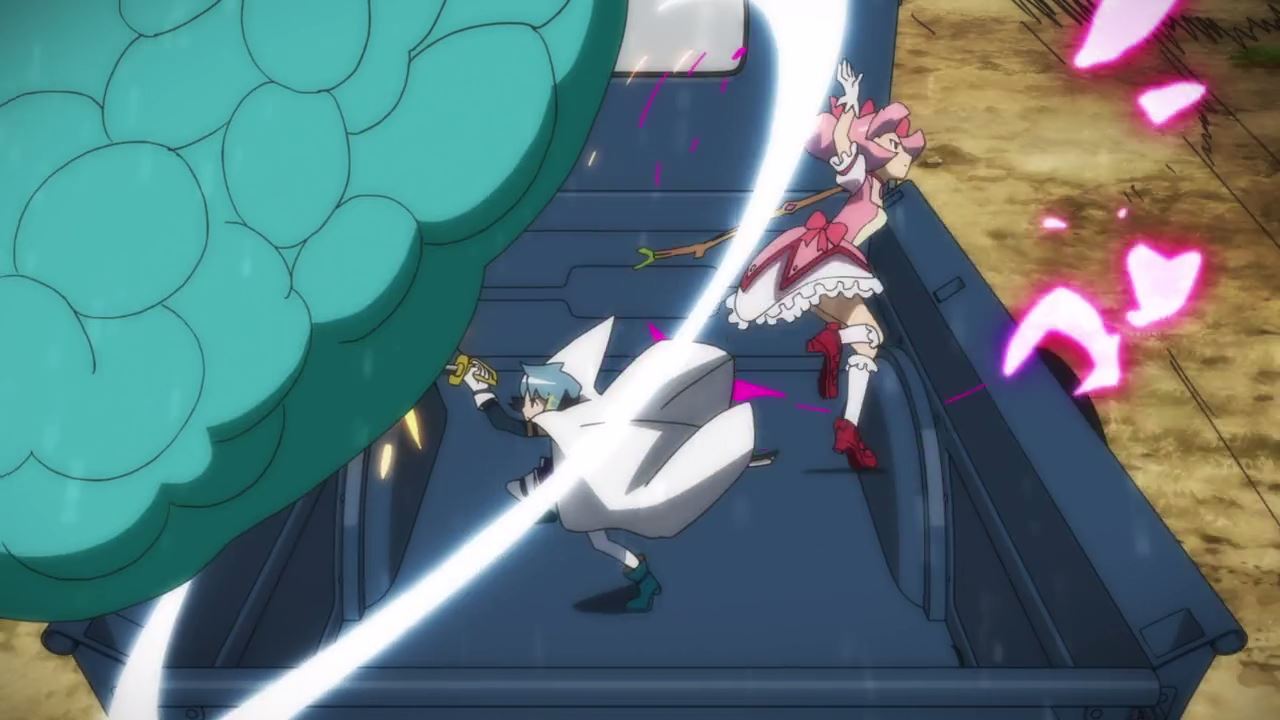 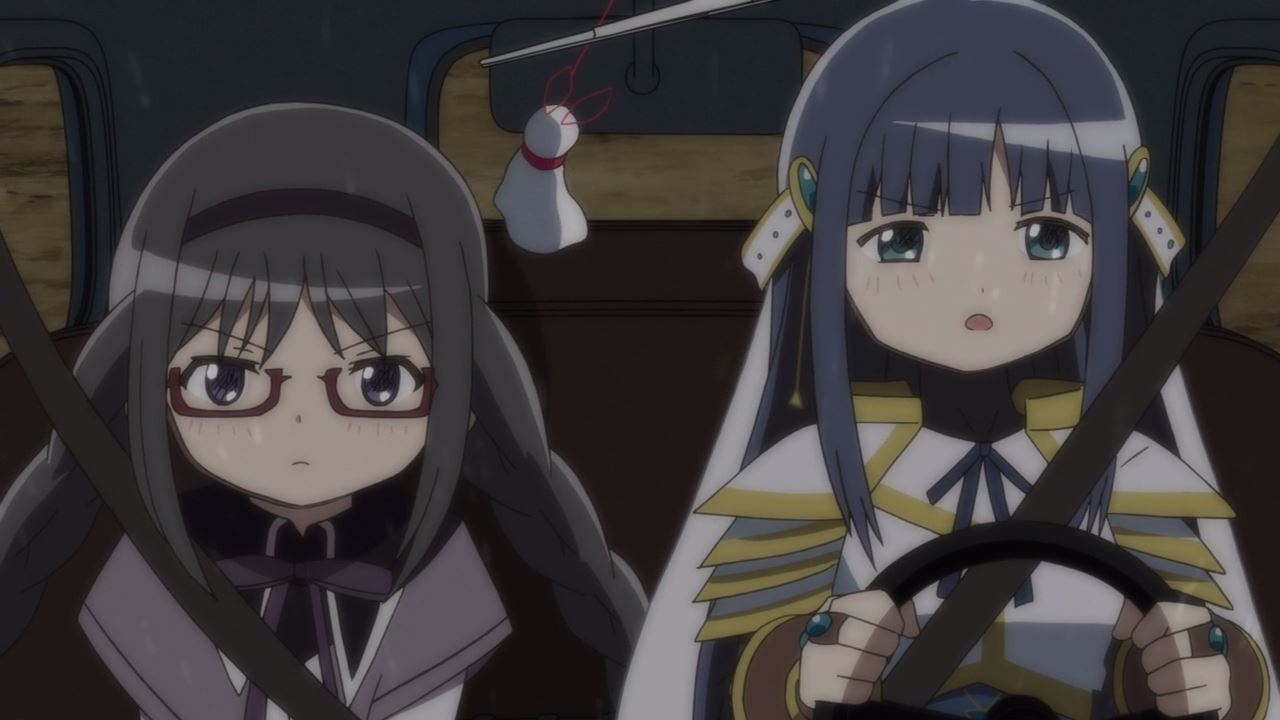 Speaking of outside, Yachiyo stole a truck and took the original cast for a ride towards Hotel Faint Hope.

Of course, storming to Magius’ headquarters will be a bumpy ride as Madoka and the rest are fending off witches. 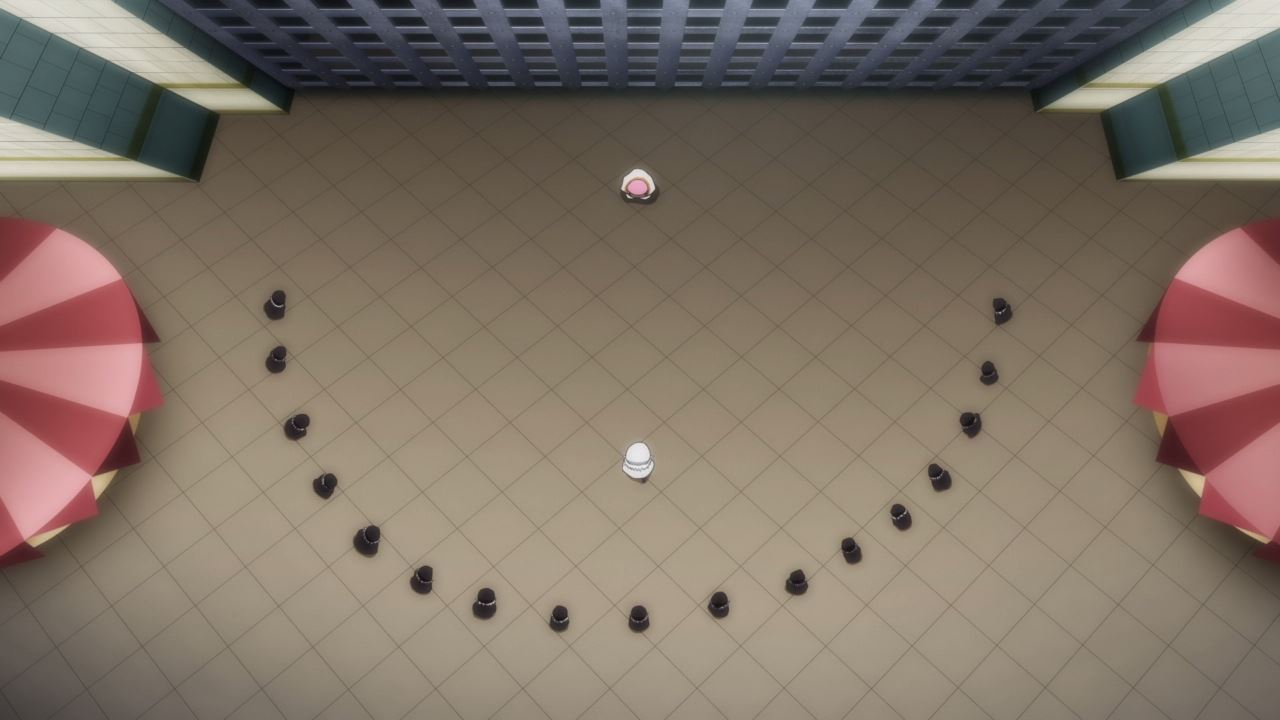 But let’s return to Iroha Tamaki where she’s surrounded by the Wings of Magius. It appears that she can’t get out to Hotel Faint Hope just yet. 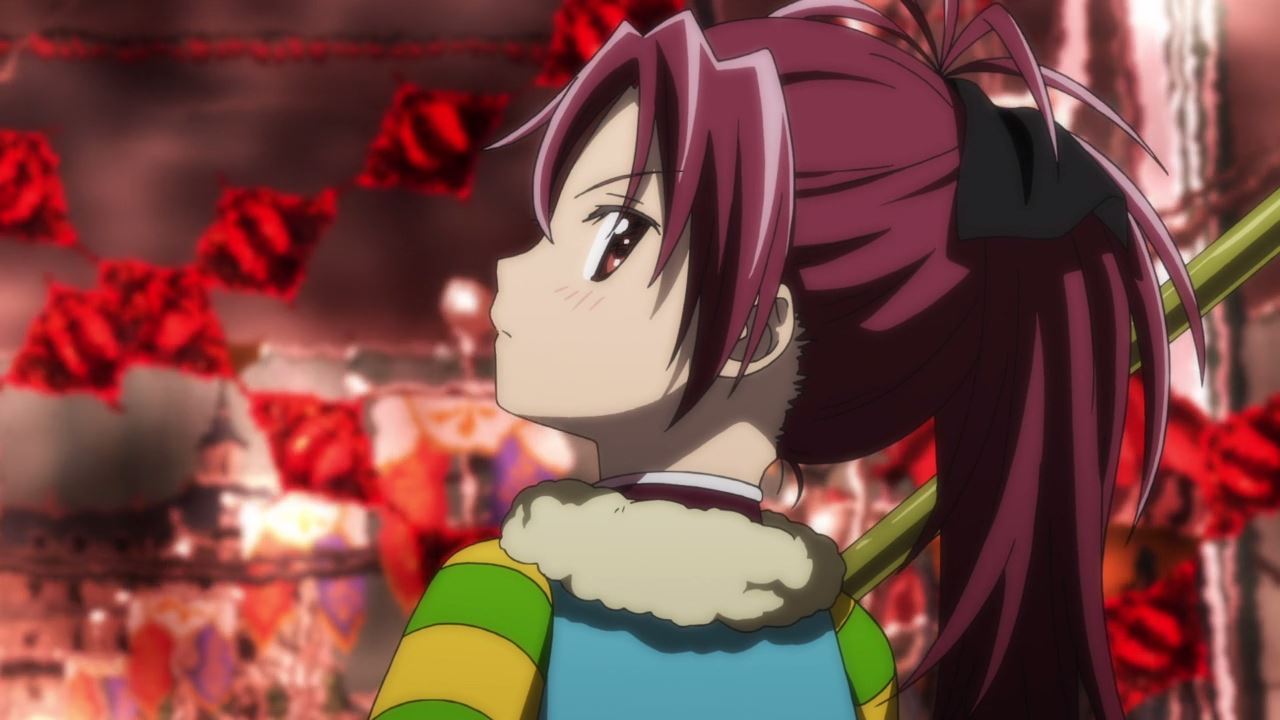 That’s until Kyouko Sakura appeared to save Iroha from those Magius grunts. Of course, Tamaki wants to get out of Hotel Faint Hope as soon as possible because she wants to meet up with Yachiyo Nanami. 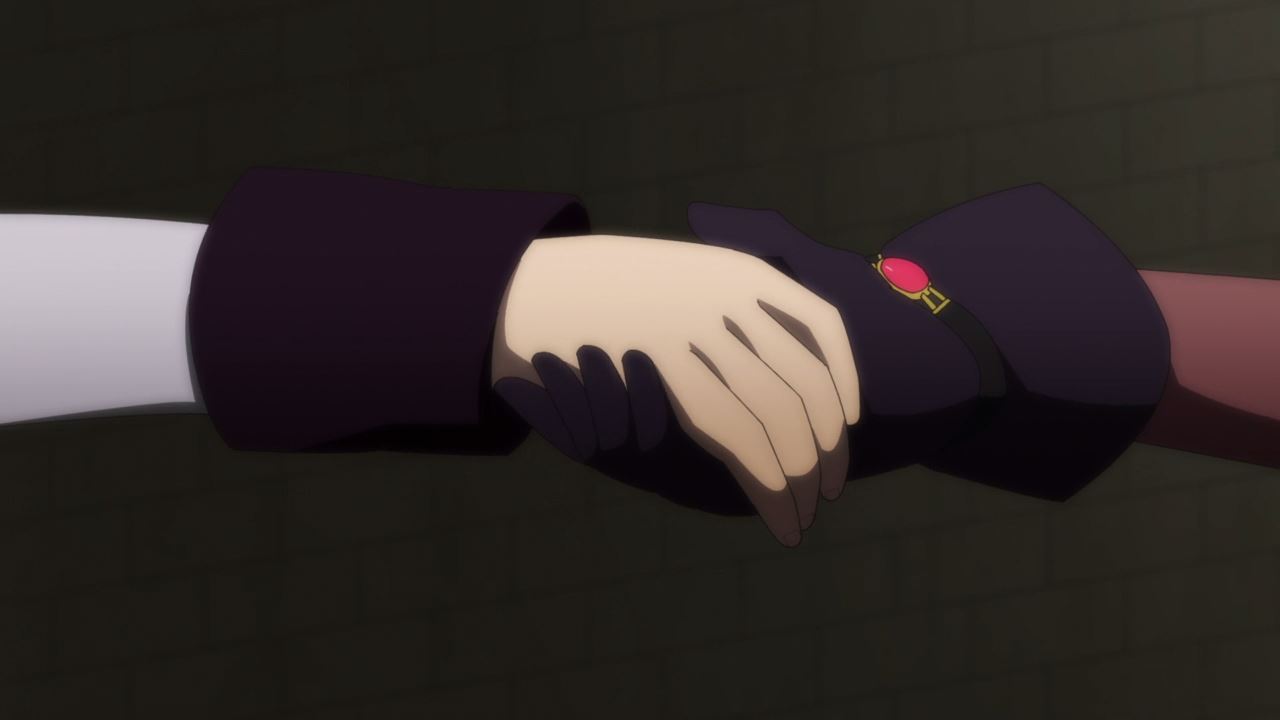 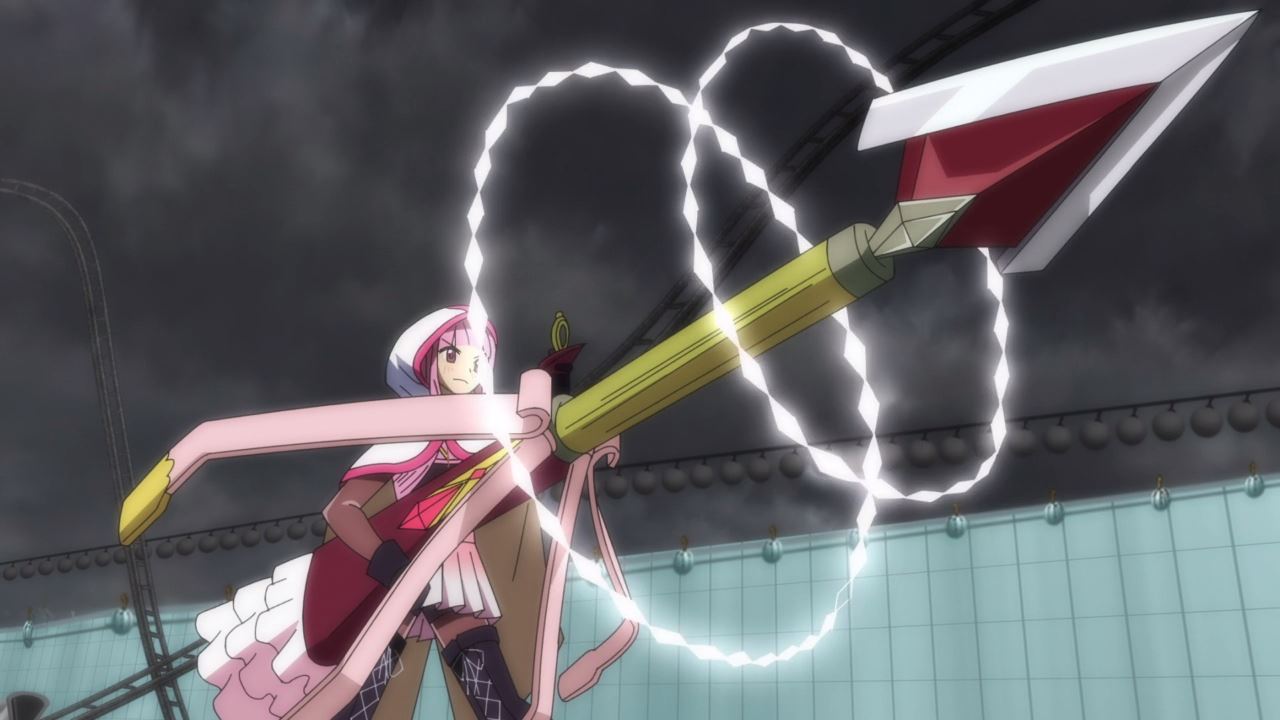 And so, Iroha Tamaki and Kyouko Sakura combined their powers to create a ballista. Gotta love the Connect concept to be honest. 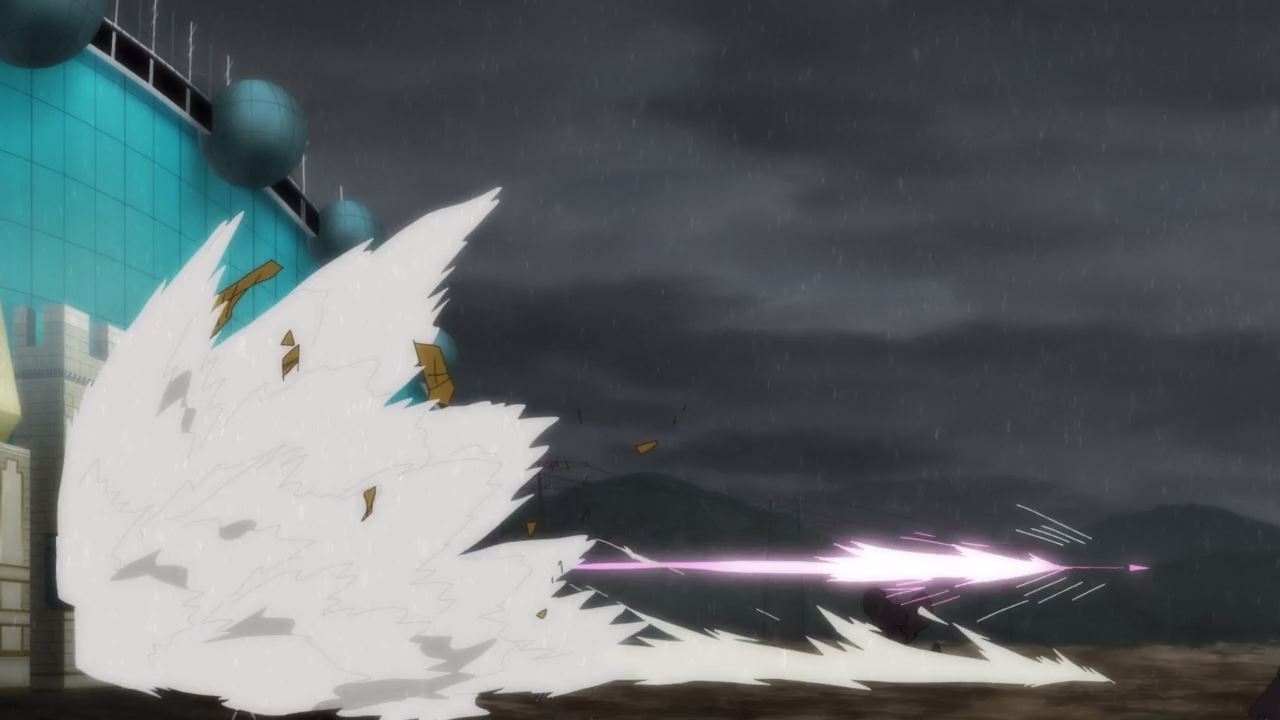 As you can see, Iroha destroyed the gate from the inside. This means that Yachiyo and the rest can finally drive inside Hotel Faint Hope. 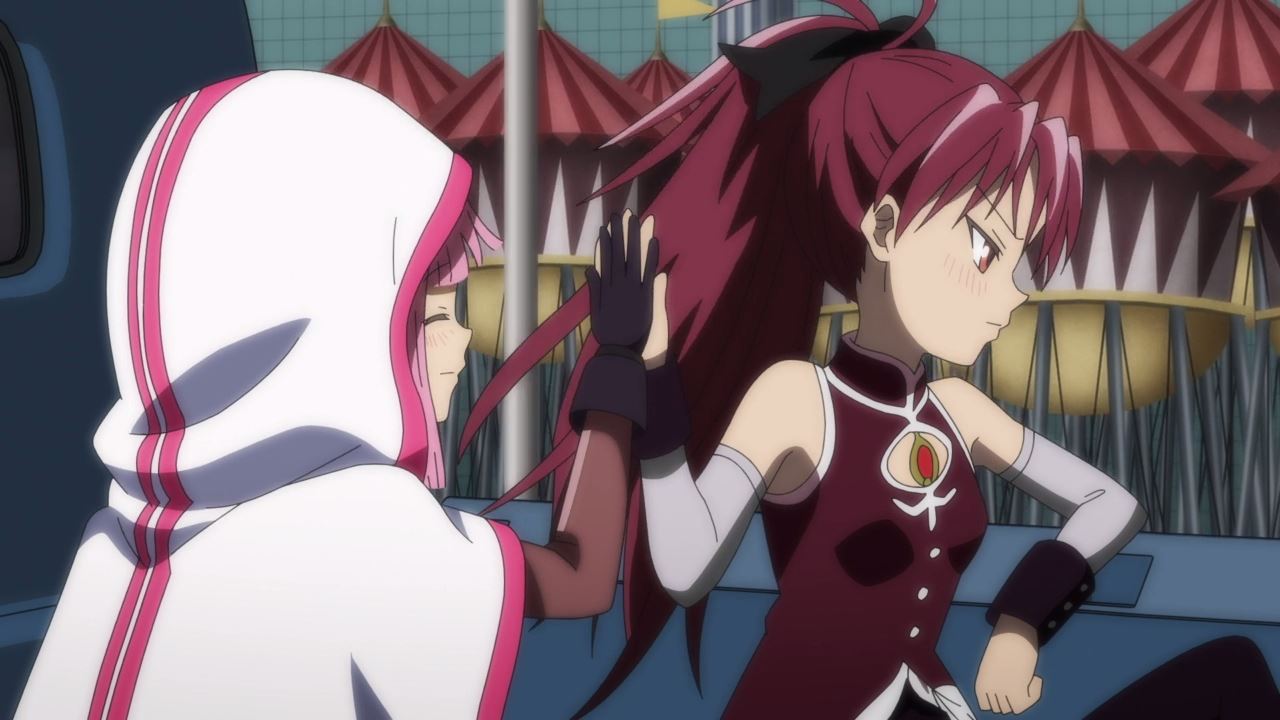 Anyways, glad that Kyouko literally lend a helping hand to Iroha as they manage to destroy the gate. Of course, Sakura is acting a bit cold towards Tamaki. 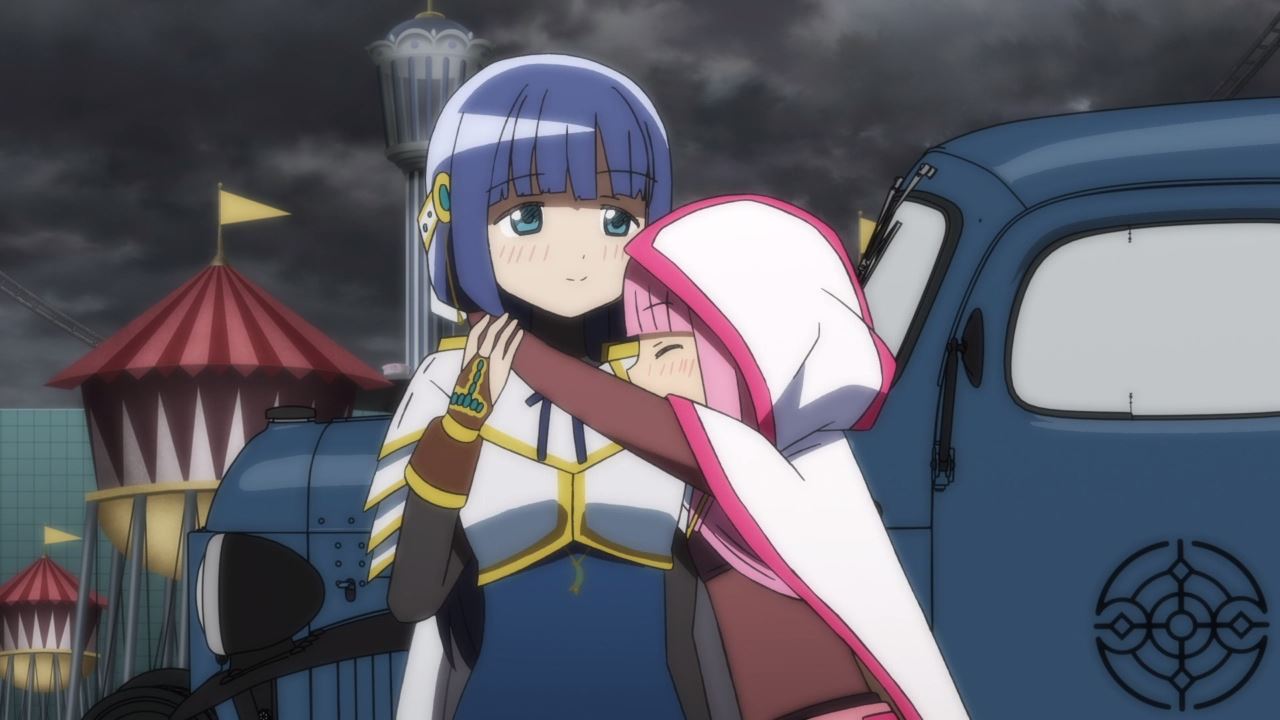 Now then, looks like Iroha Tamaki is finally reunited with Yachiyo Nanami after splitting up in Episode 4. Of course, they need to find Kuroe as soon as possible. 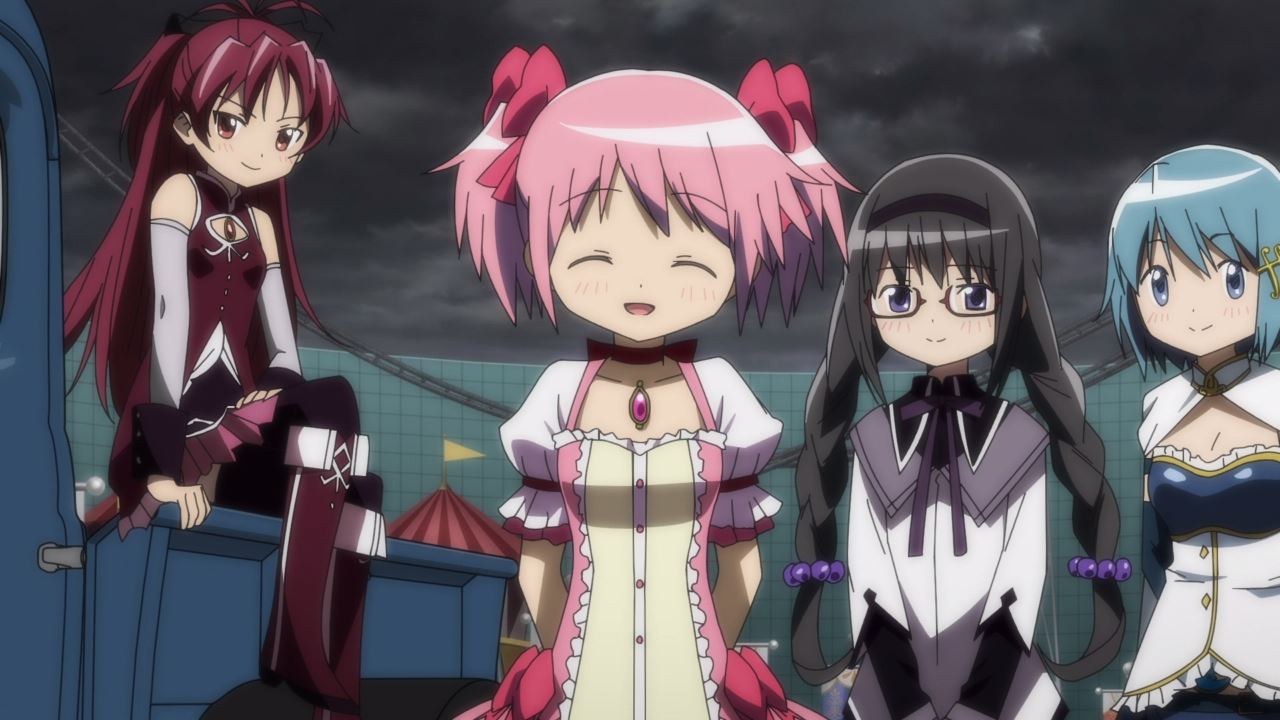 On the other hand, Iroha met the original cast as Madoka Kaname explained that they’re here to rescue Mami Tomoe. 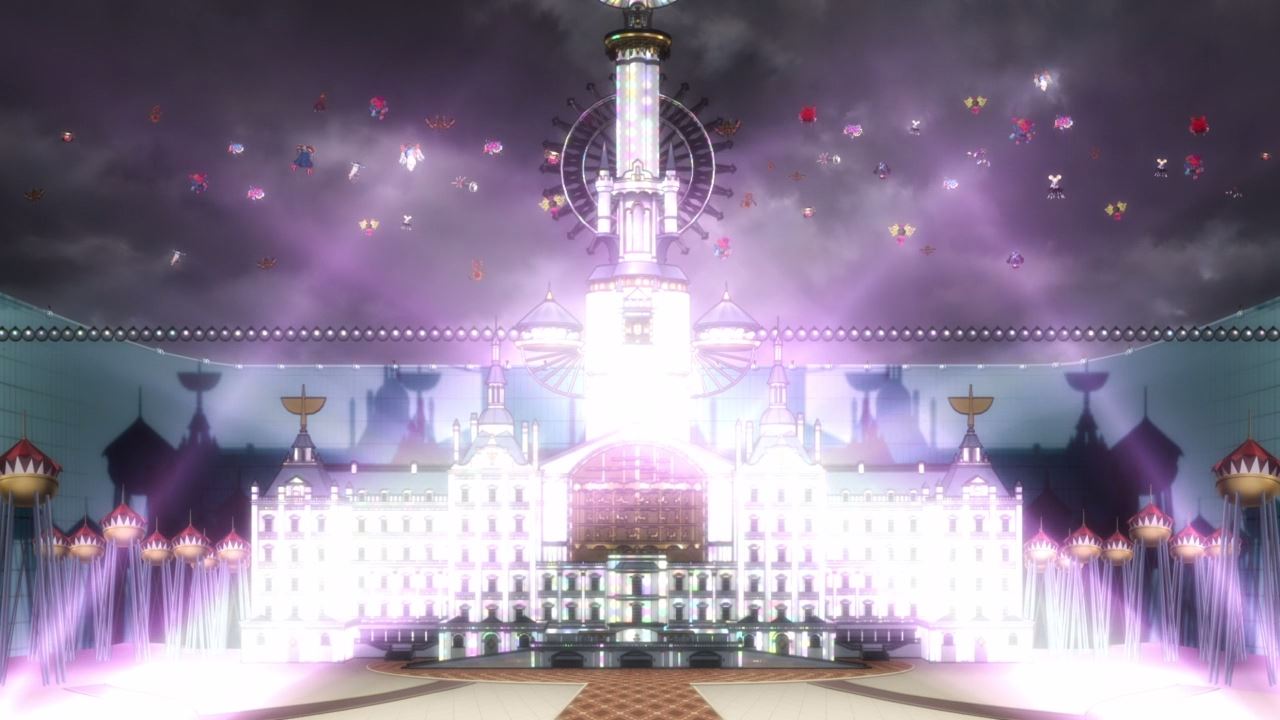 Unfortunately, their reunion and meeting up with the original cast was interrupted when Hotel Faint Hope unleashed another Uwasa. 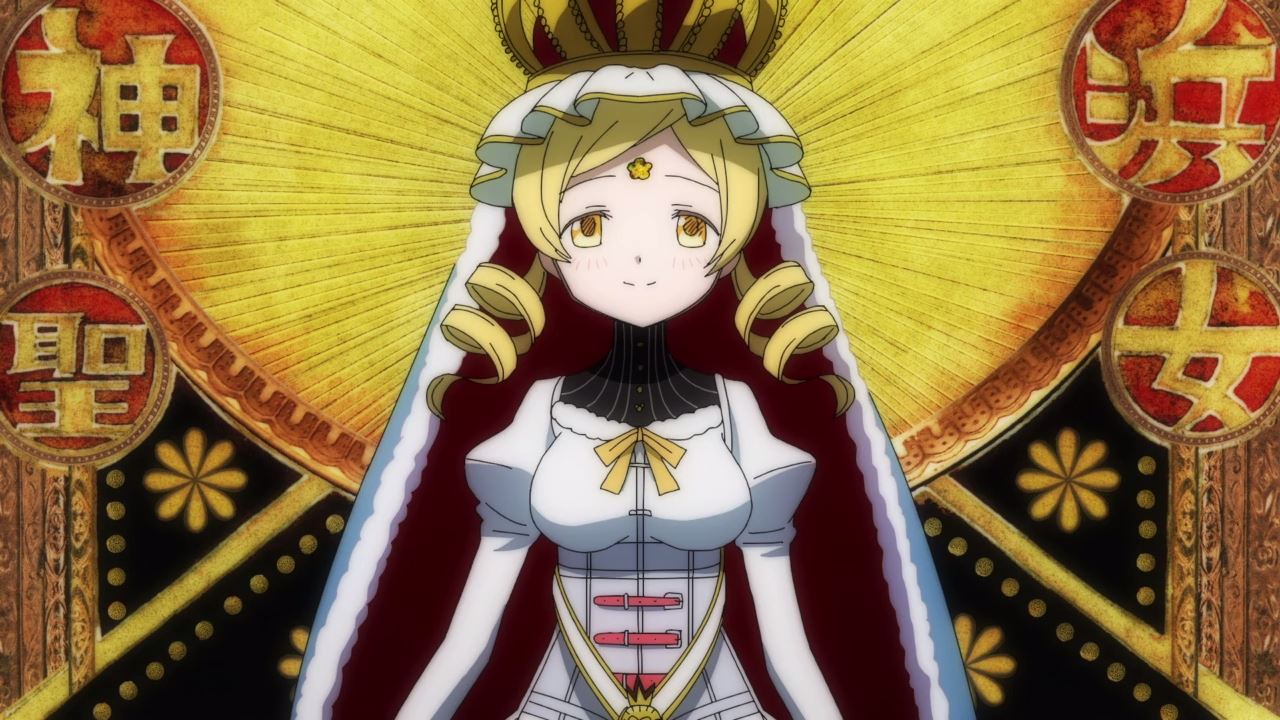 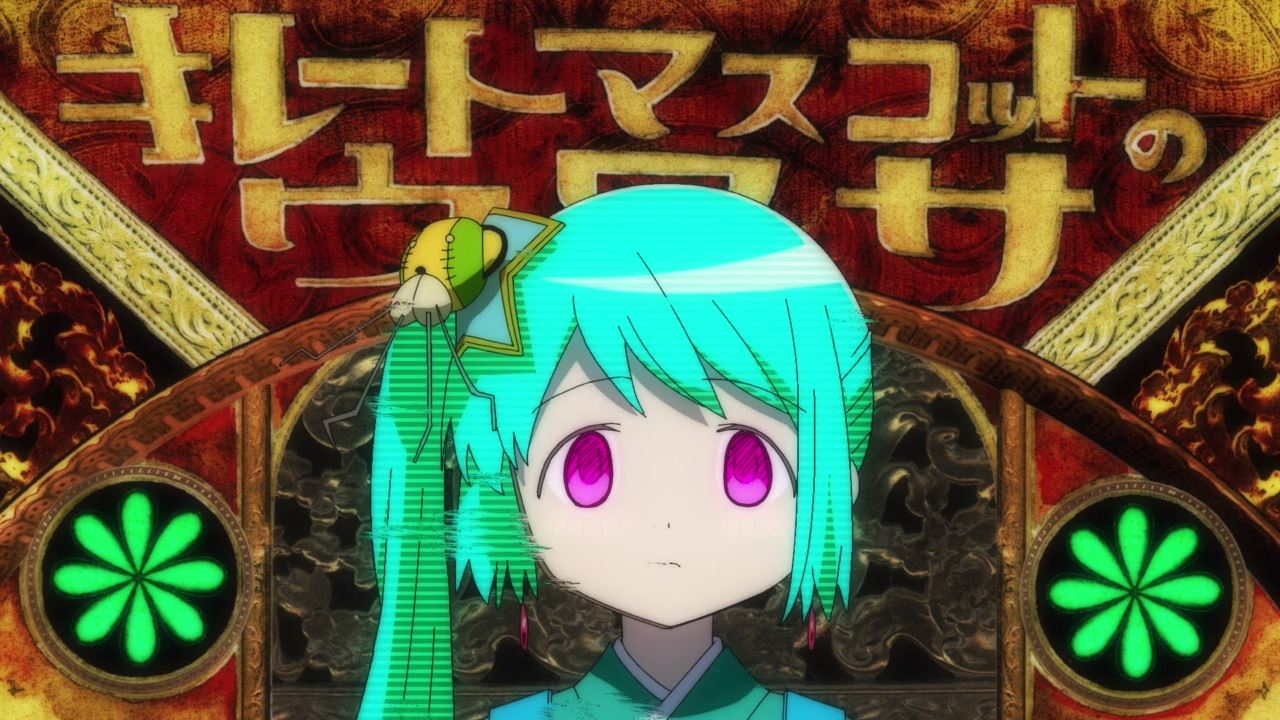 And this time, we have both Mami Tomoe and Tsuruno Yui acting as bosses against Iroha Tamaki and her allies. Man, it’s gonna be a tough battle to bring these two magical girls back to their senses.

Well then, I’ll see you next time where time is running out. C’mon, Magius is about to unleash Embryo Eve once Walpurgisnacht arrives.