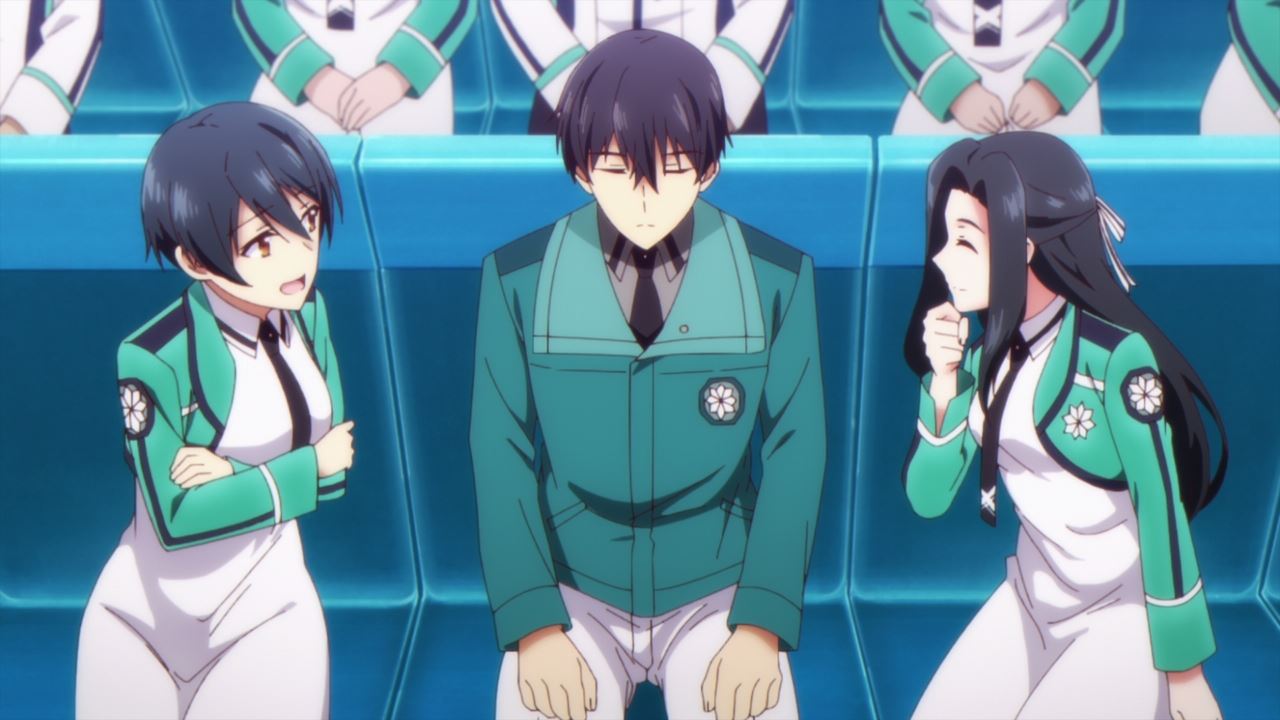 Let’s start with Tatsuya Shiba where he’s being teased by both Mari Watanabe and Mayumi Saegusa, saying that he’s a siscon to Miyuki.

And while he clearly denies it, it’s no secret that Tatsuya really cares about his sister… but in a platonic sense for now. 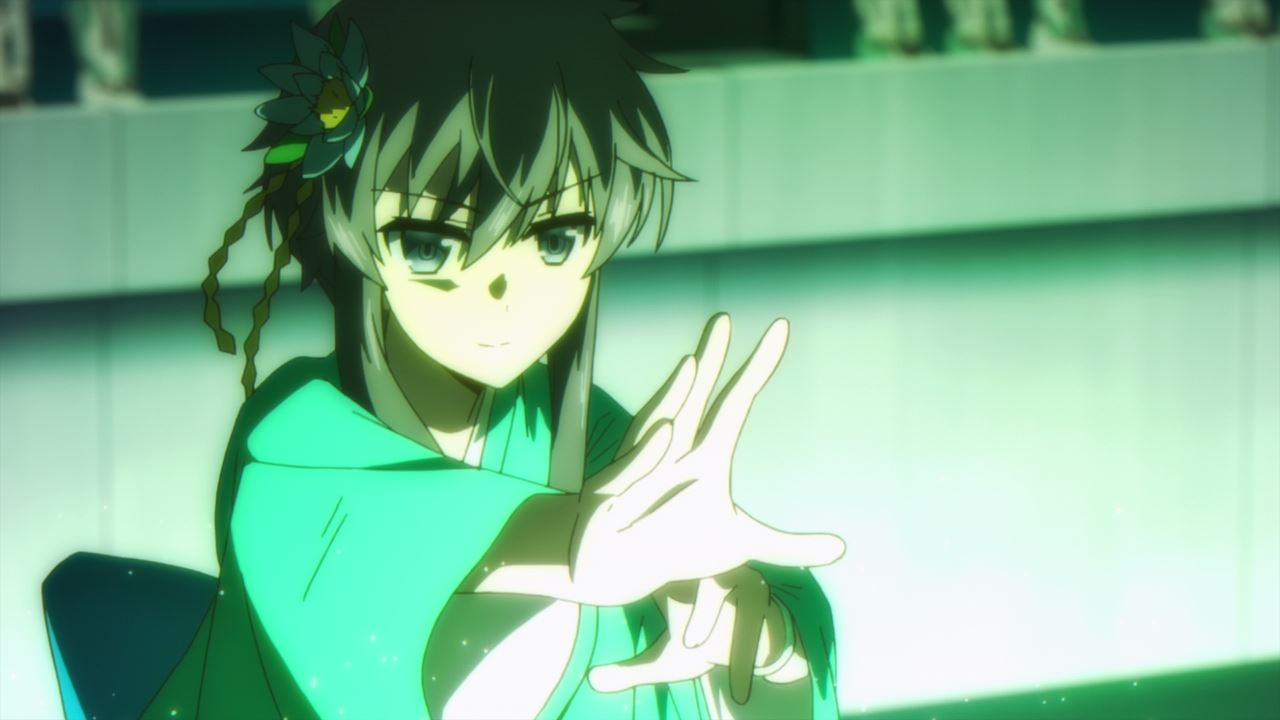 Now then, it’s time for the Ice Pillar Break finals between Shizuku Kitayama and Miyuki Shiba where they go all out to see who’s the best magician in First High School. 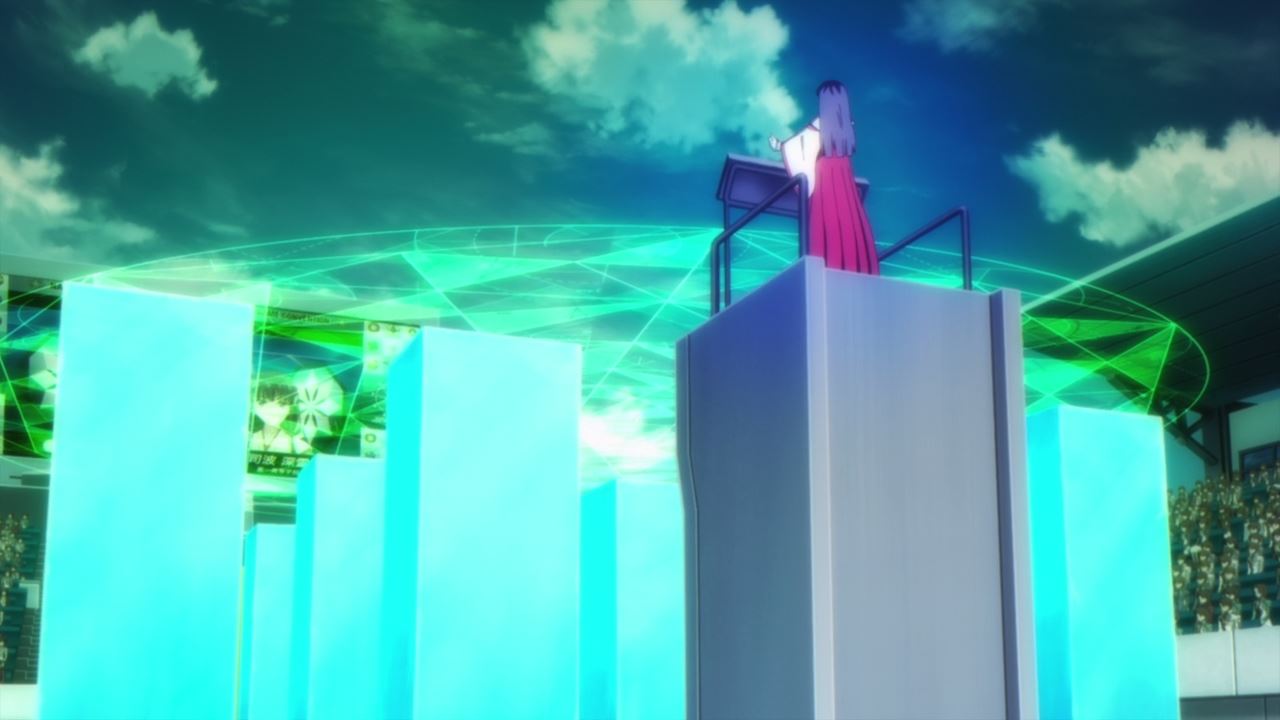 Anyways, Shizuku uses her Resonance Destruction to shake Miyuki’s pillars from within. While it’s gonna be a tough fight, Kitayama won’t hold back against her opponent. 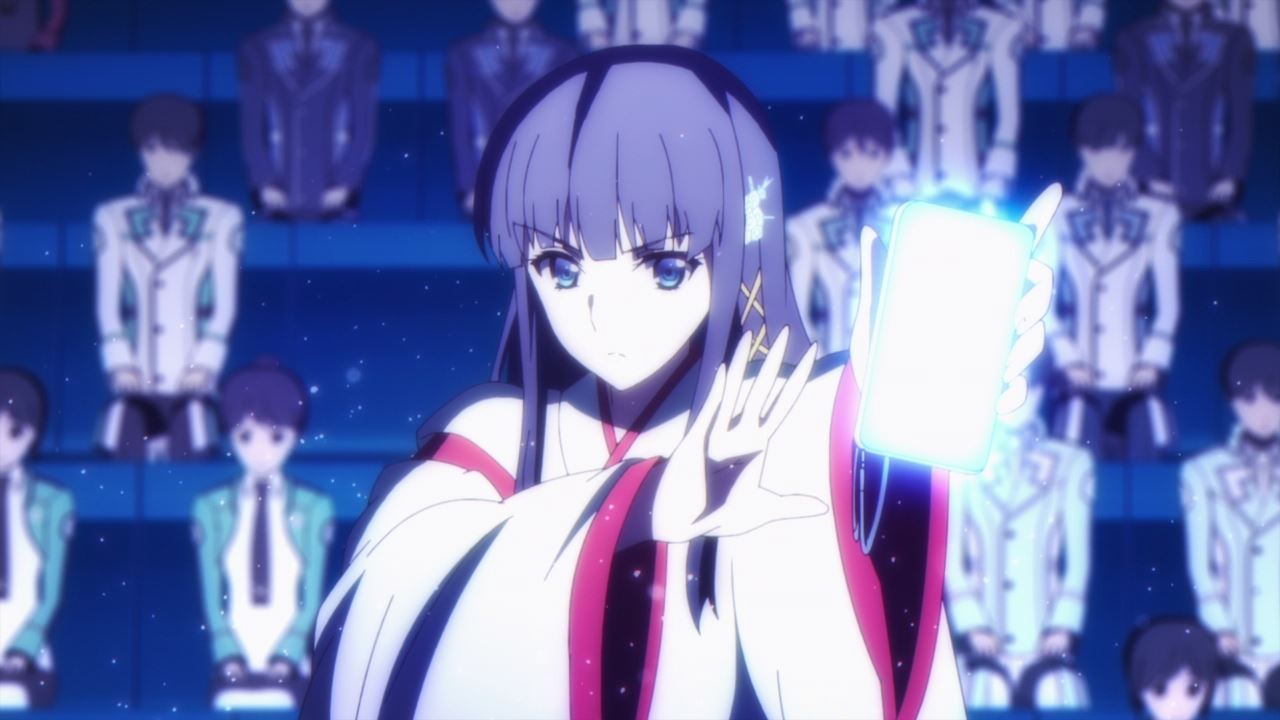 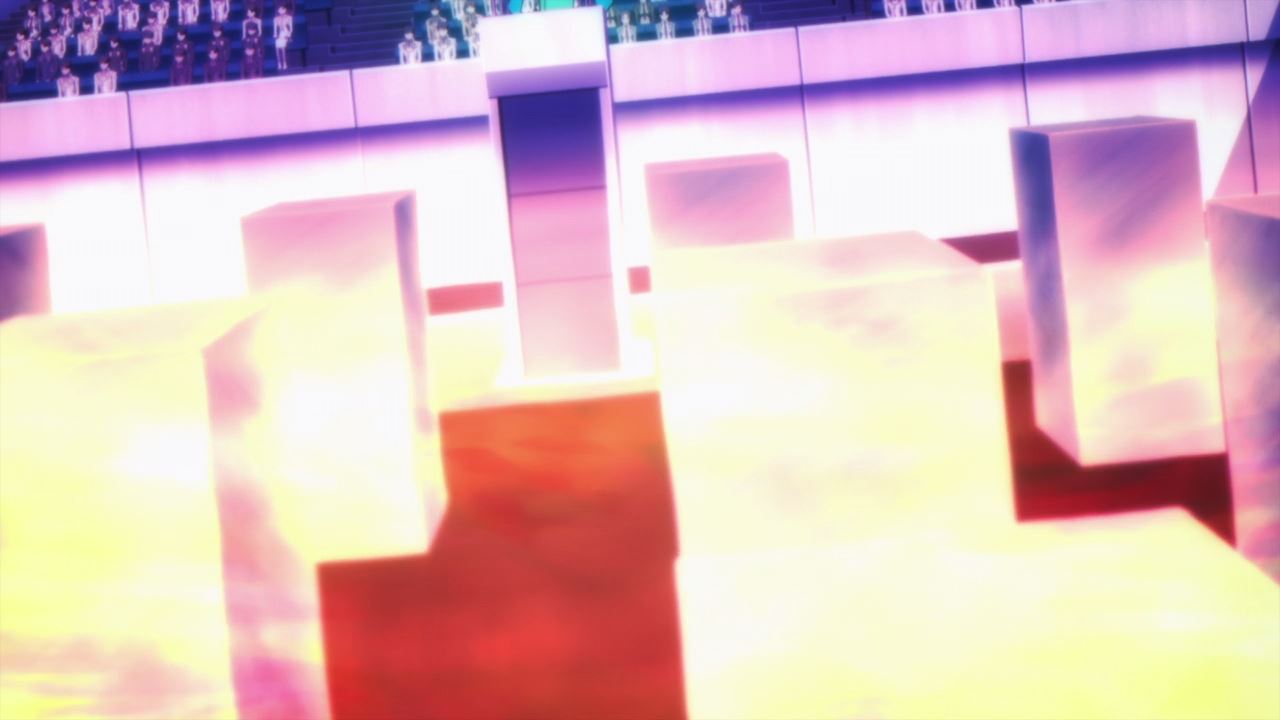 Not to be outdone by Kitayama, Miyuki Shiba used her Inferno to melt Shizuku’s pillars. Of course, Shizuku tries to strengthen her pillars so that it’ll be hard for Miyuki to melt it right away.

With that said, looks like this match is in a stalemate as neither of these competitors are giving up. 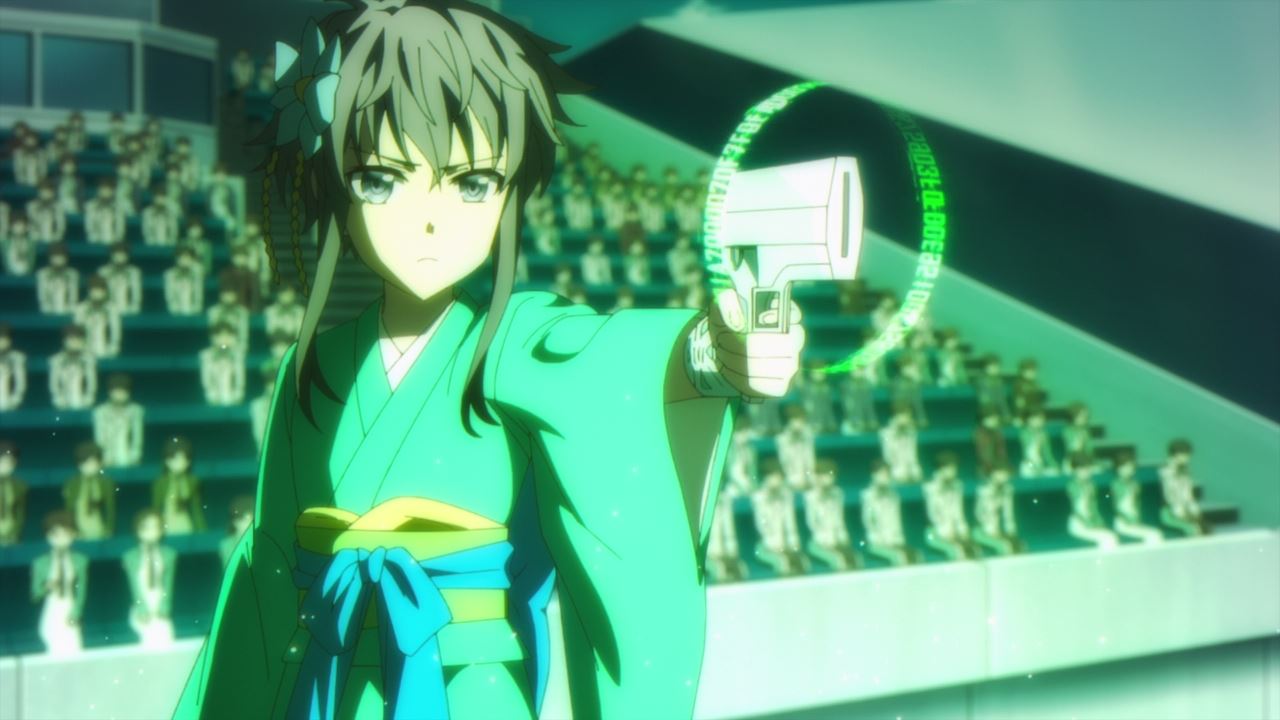 That’s until Kitayama pulled a gun-like CAD. Wait a minute, that resembles Tatsuya’s Taurus Silver so how did Shizuku got it? 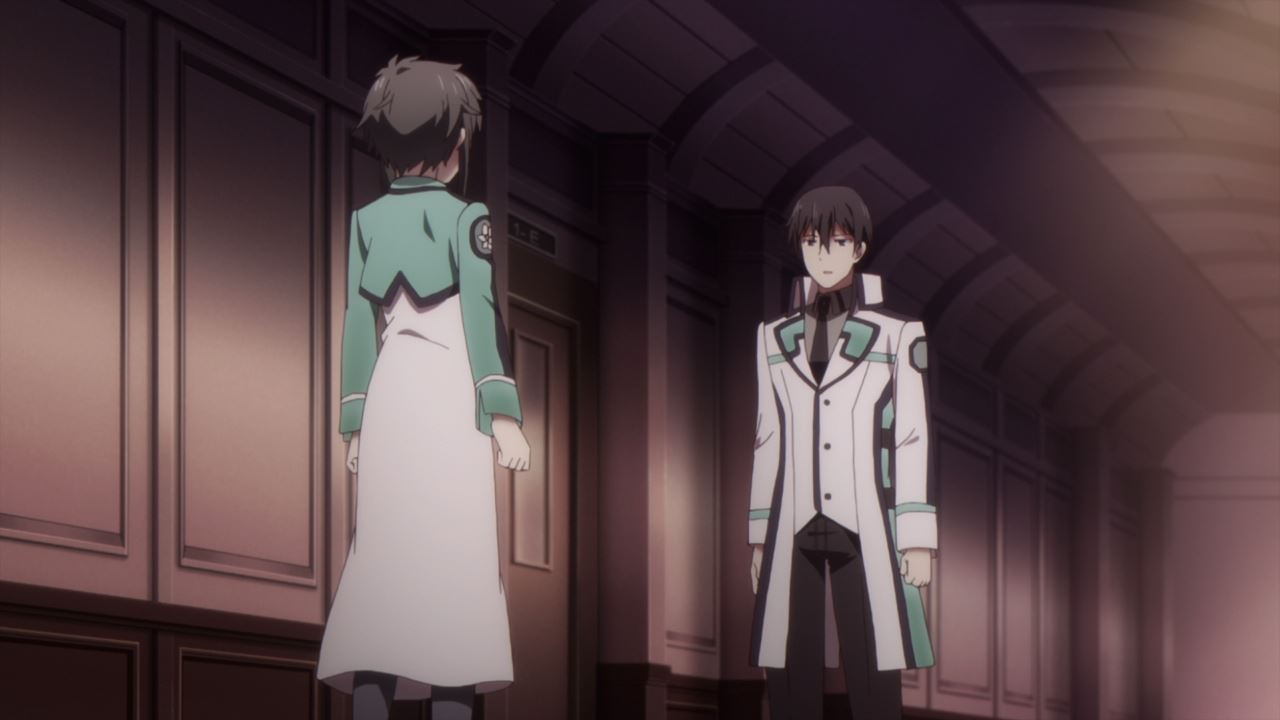 Well, Tatsuya Shiba is the one who gave the CAD to her as Shizuku Kitayama wants to win at all costs.

Of course, Shizuku will have to replace her old CAD with a new one… unless Kitayama decided to dual-wield both devices. 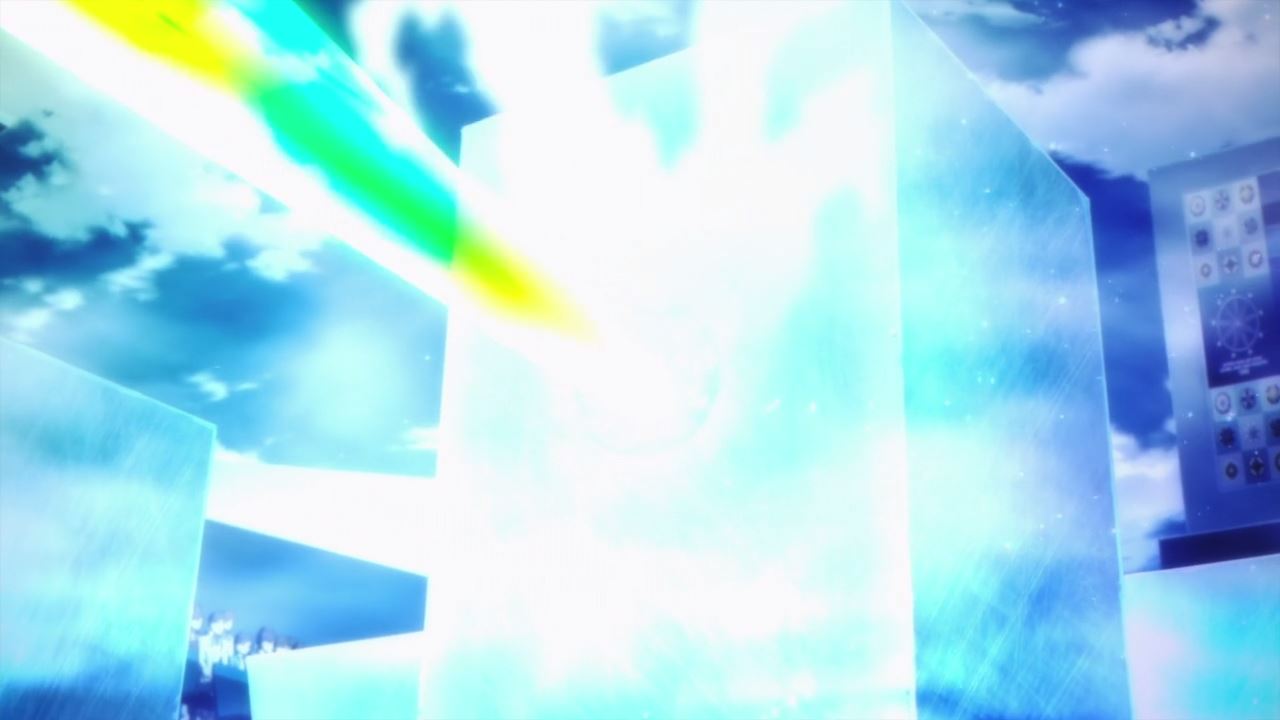 And so, she used both CADs to defeat Miyuki Shiba: One is casting Resonance Destruction, while her gun-like CAD fires a Phonon Maser.

For casting two spells simultaneously, not to mention learning Phonon Maser in a short amount of time, that’s quite impressive for Shizuku Kitayama. 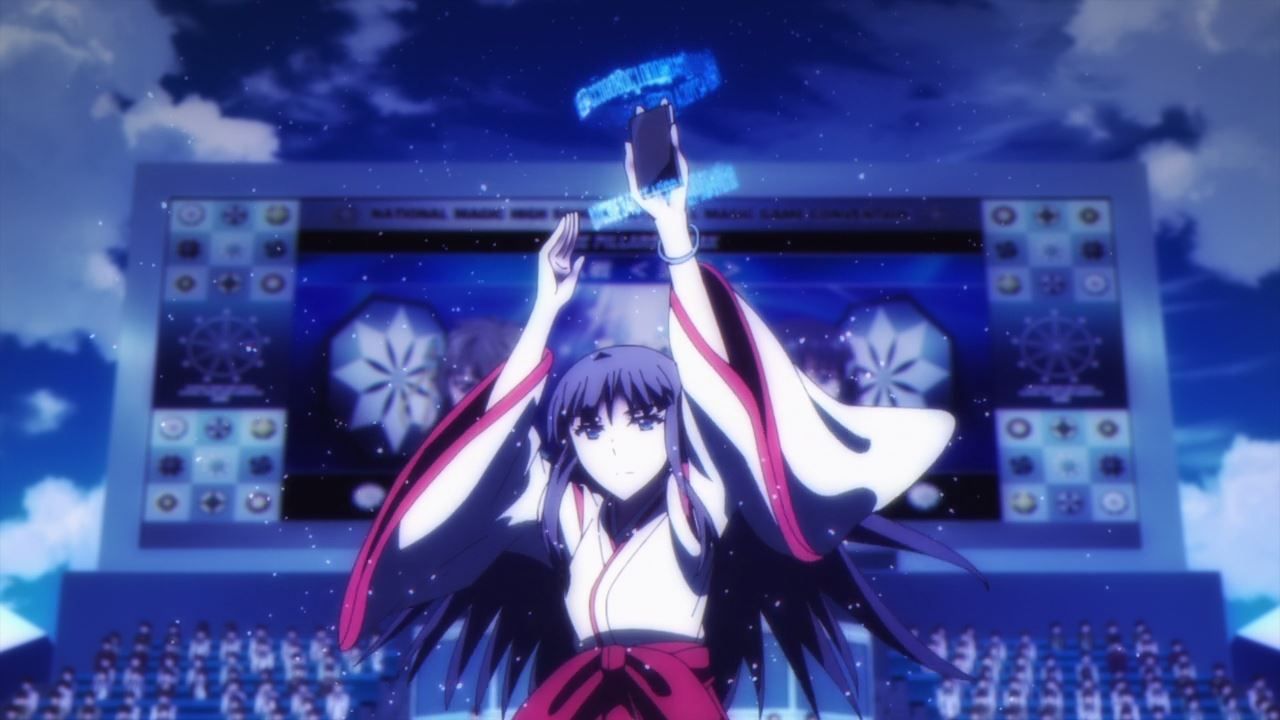 Unfortunately for Kitayama, Miyuki Shiba doesn’t want to lose, especially when her dear brother Tatsuya is watching, as she unleashes her powerful ice magic. 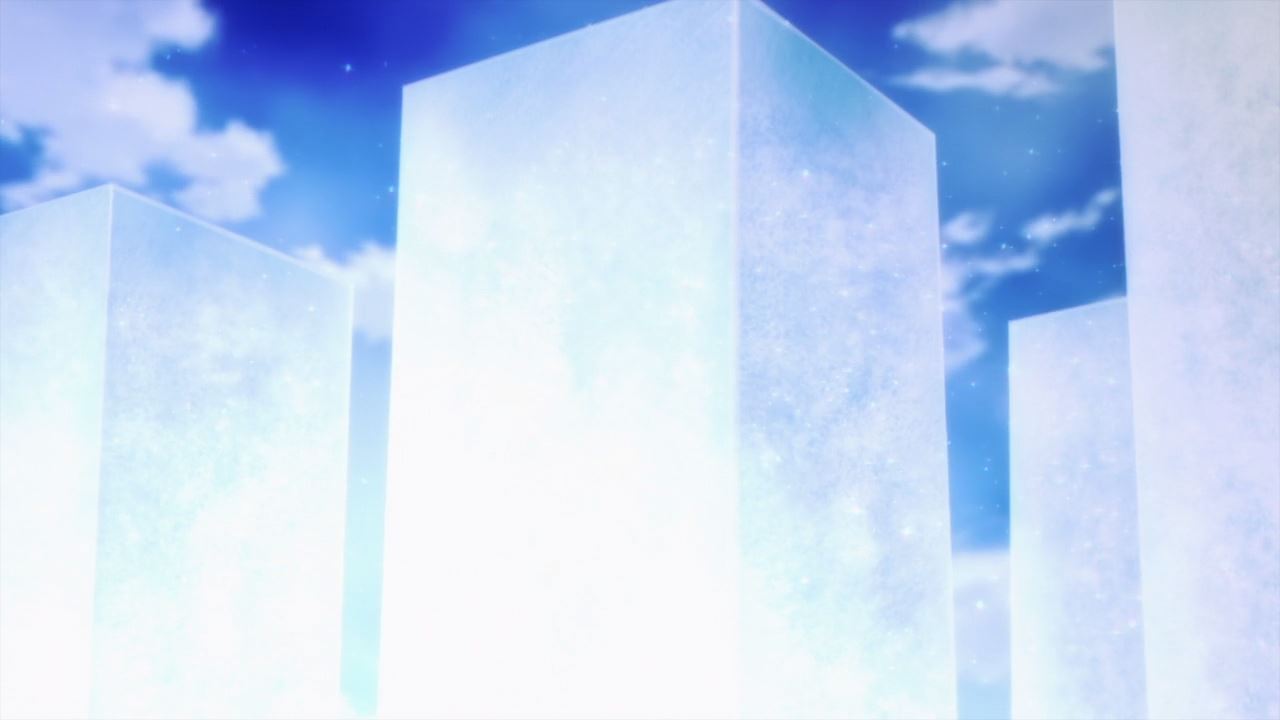 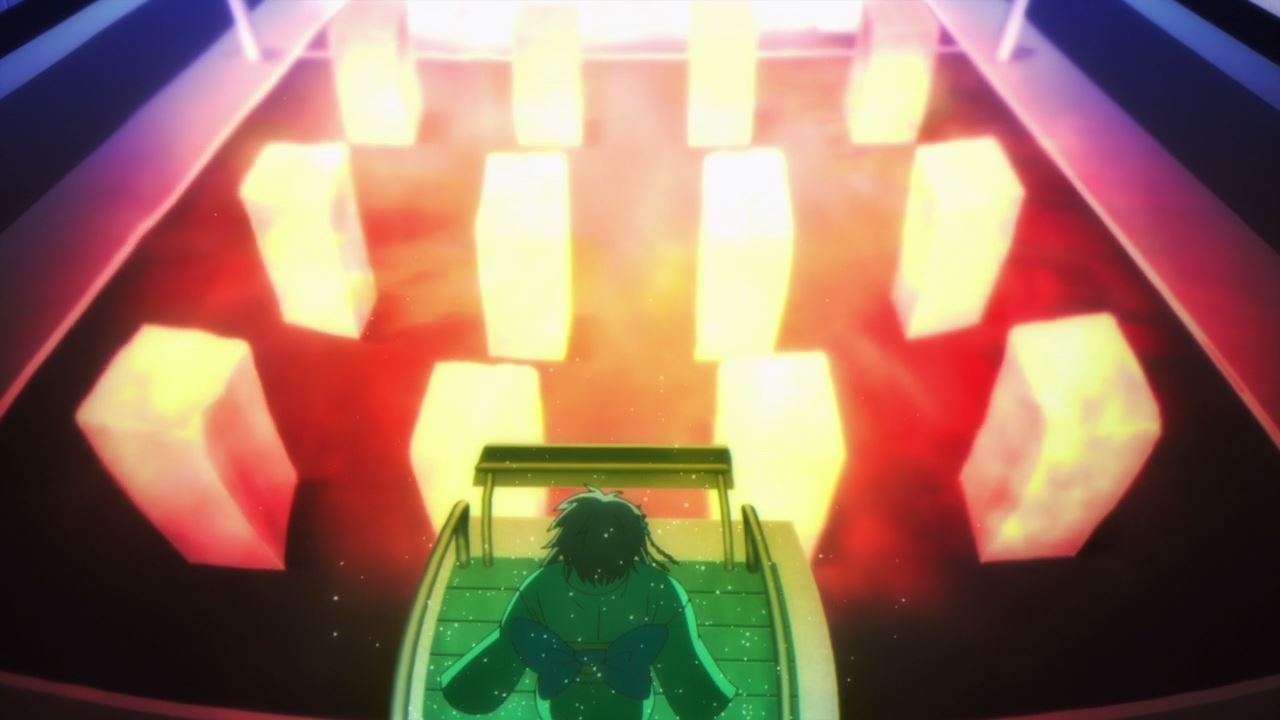 Of course, Kitayama should worry about her own pillars as Miyuki intensifies her Inferno magic. Sadly, it’s not gonna last for Shizuku-san. 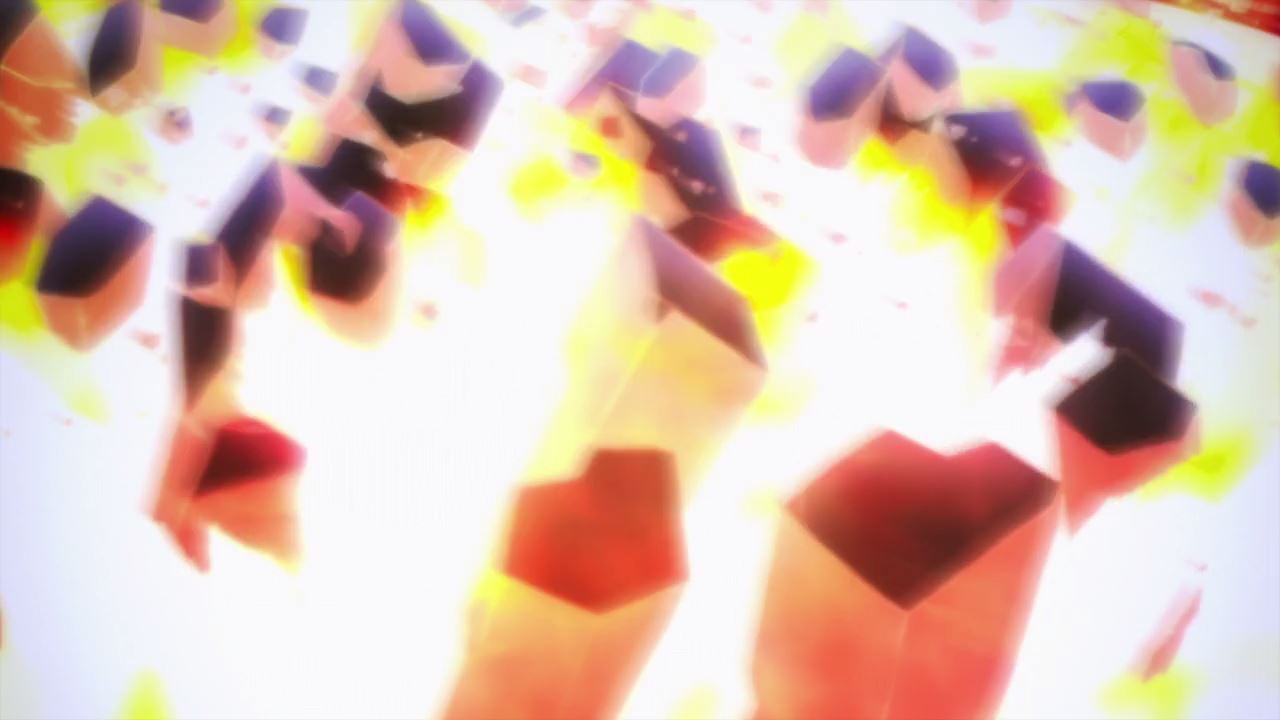 As you can see, her pillars explode due to sheer heat. I guess she can’t contain Miyuki’s Inferno anymore. 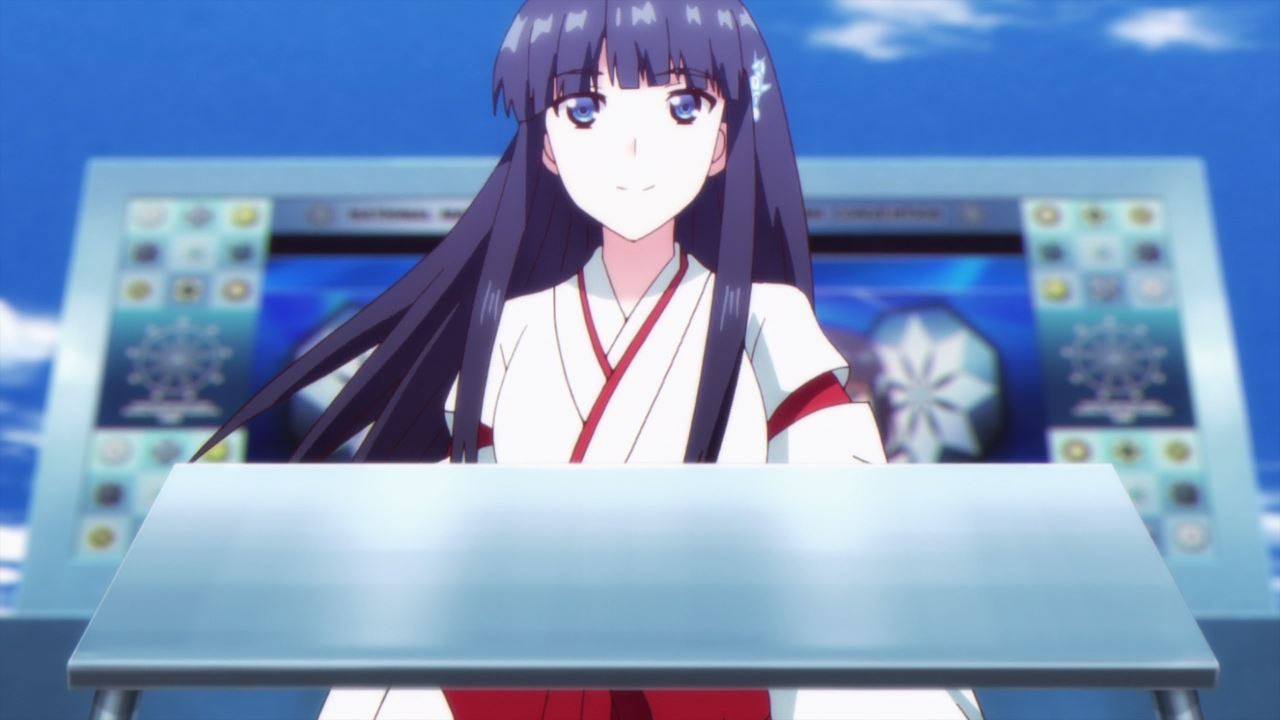 That’s a good placement for Shizuku-san, although Kitayama is feeling frustrated that she couldn’t win against Miyuki!

But that’s the end of the road for Shizuku Kitayama, although I’m really impressed that she can go toe-to-toe against Tatsuya’s sister. I’m hoping that she’ll be a good ally to Tatsuya someday. 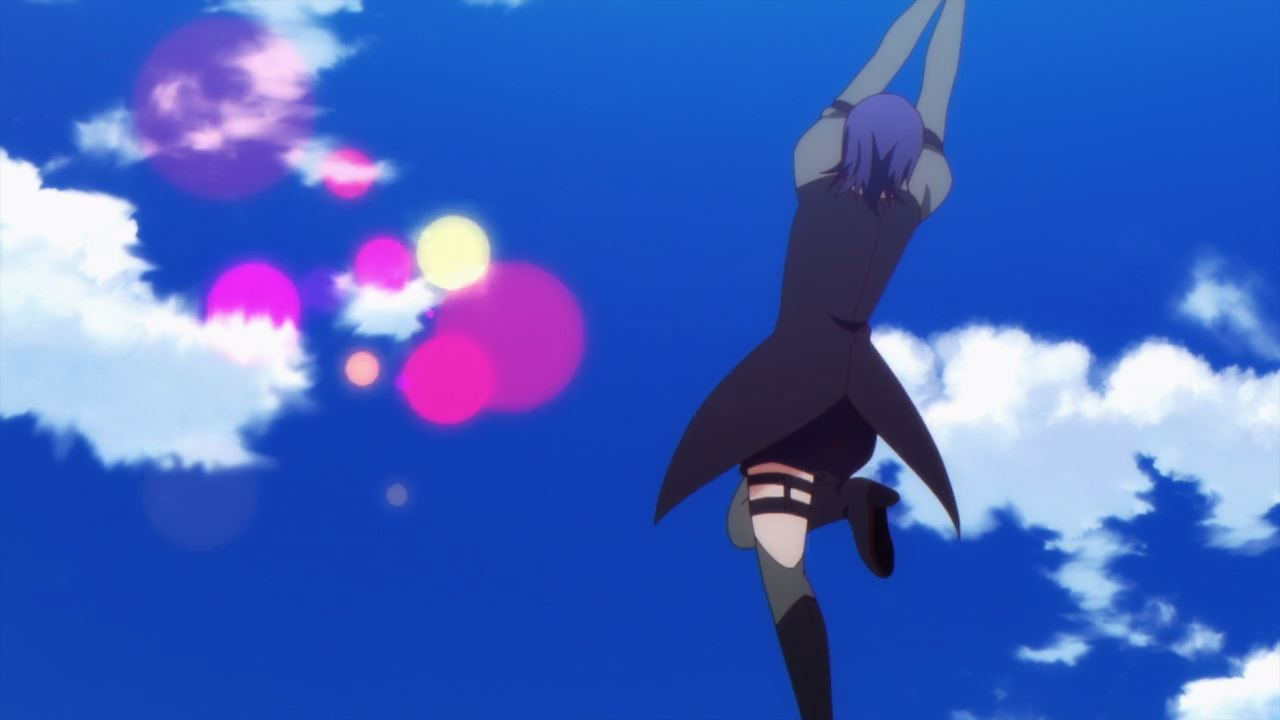 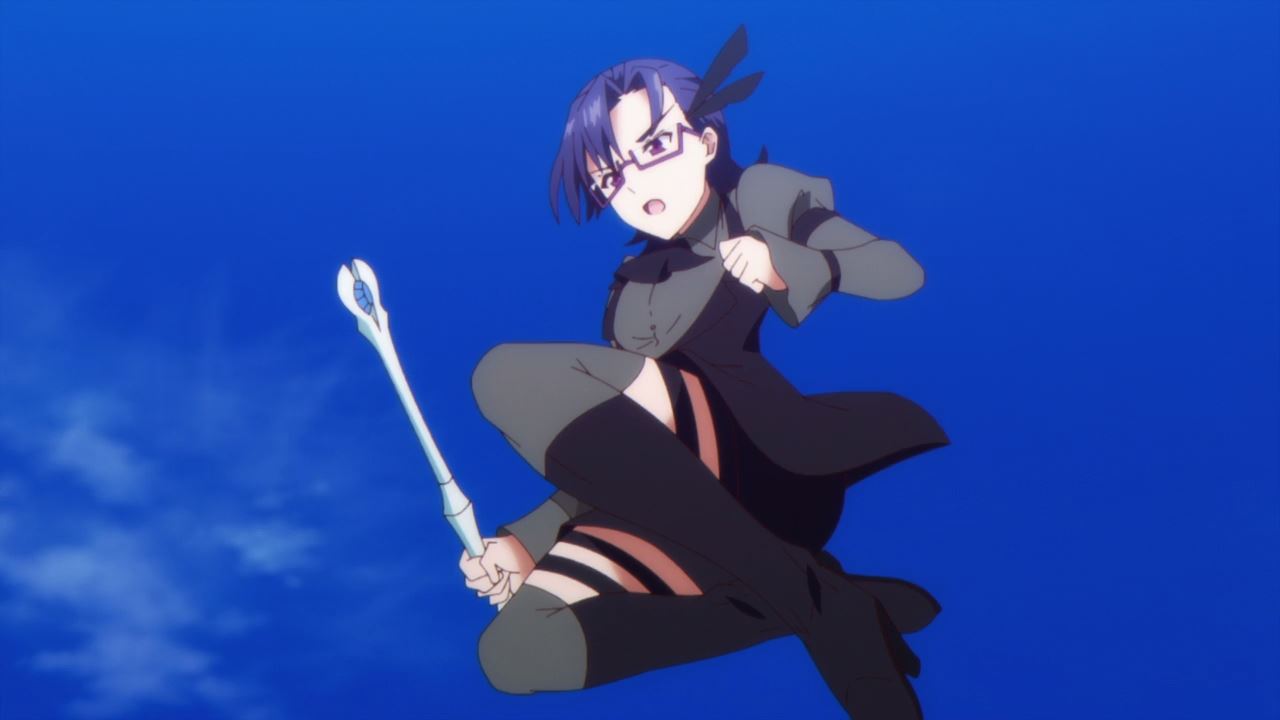 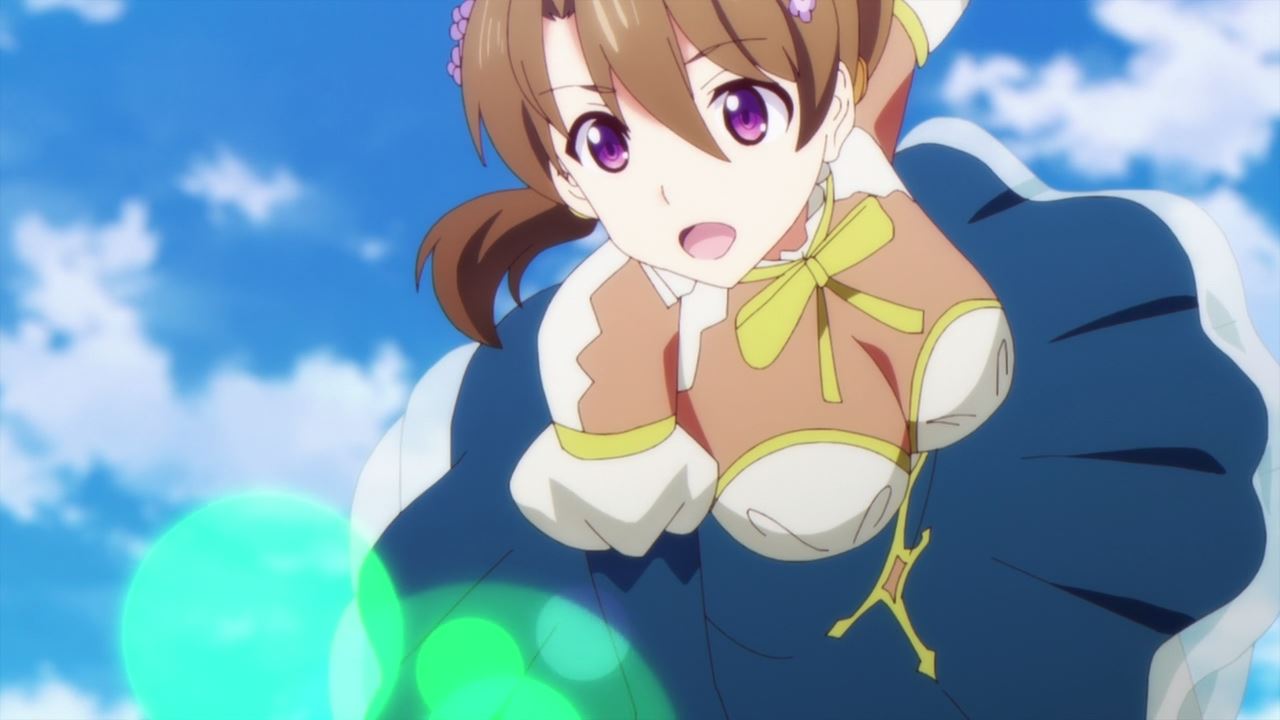 Still, the girls from First High School are killing the competition thanks to Tatsuya Shiba’s engineering skills. Now if only the boys are doing better… 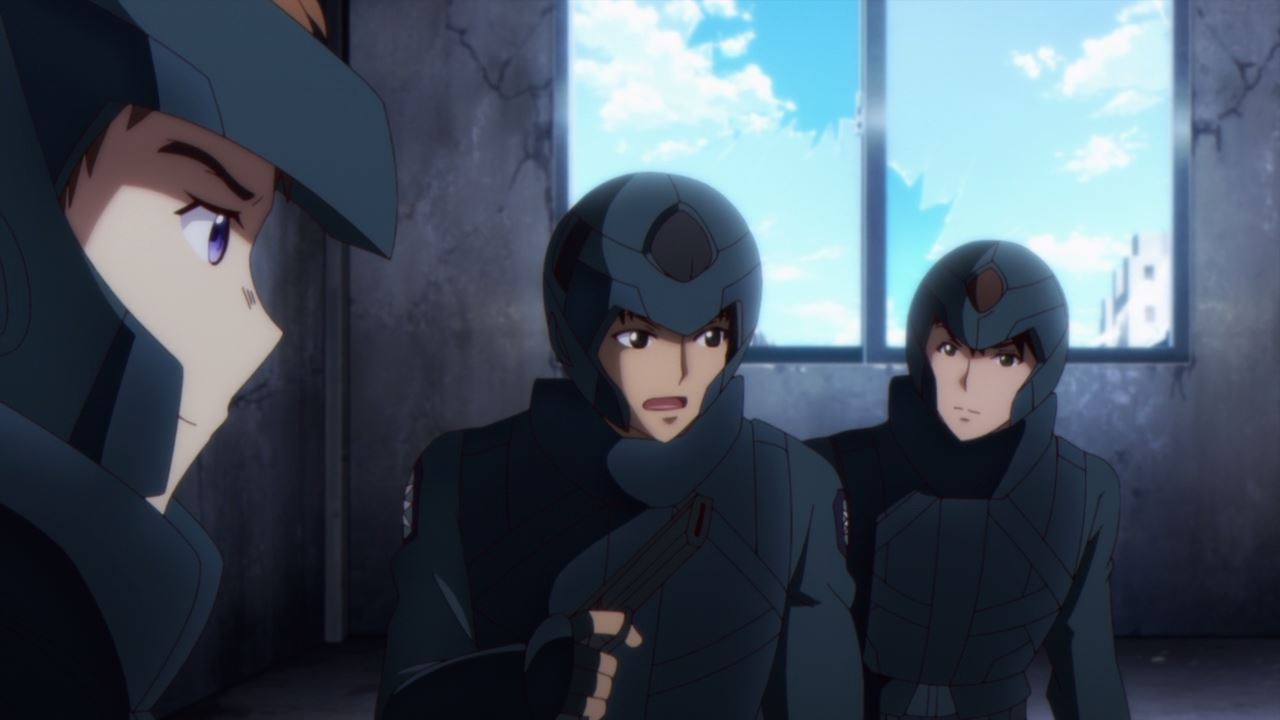 Except that they suck because they don’t need Tatsuya’s help, while claiming that the girls won simply because of their talent.

Um Shun Morisaki, raw talent alone won’t take you further without someone training you. But yes, Morisaki and his buddies are getting their asses kicked! 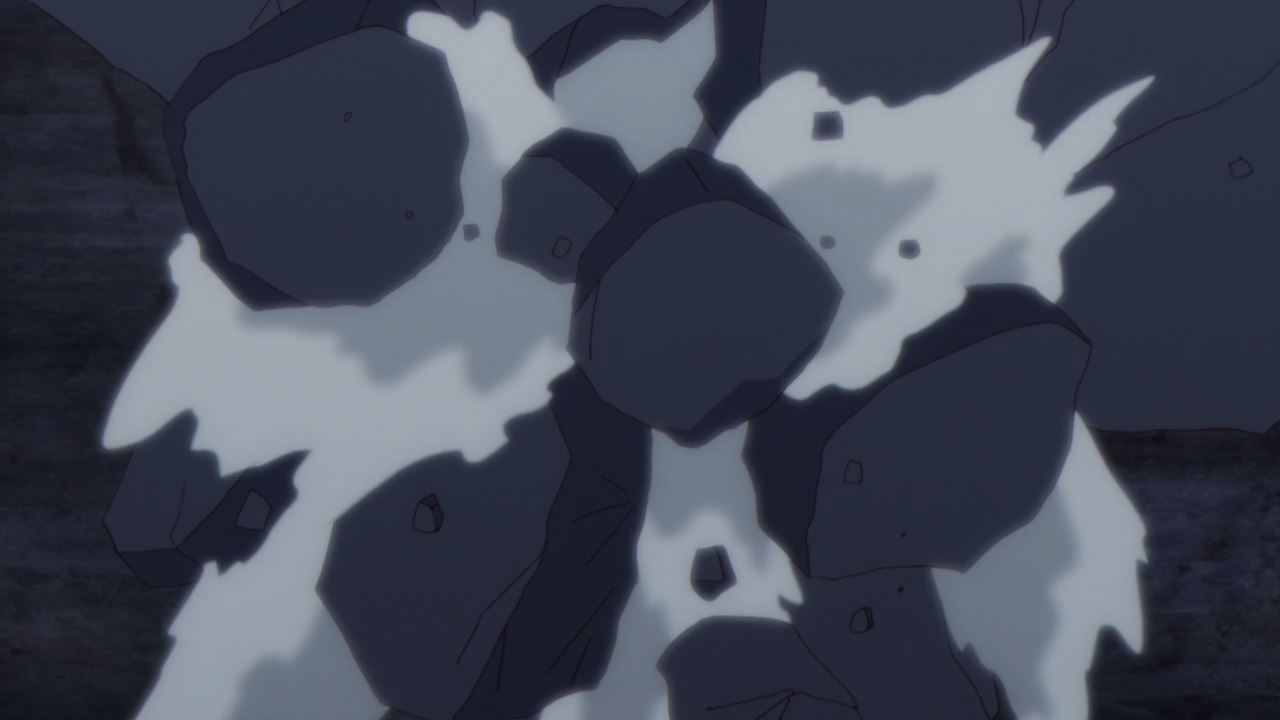 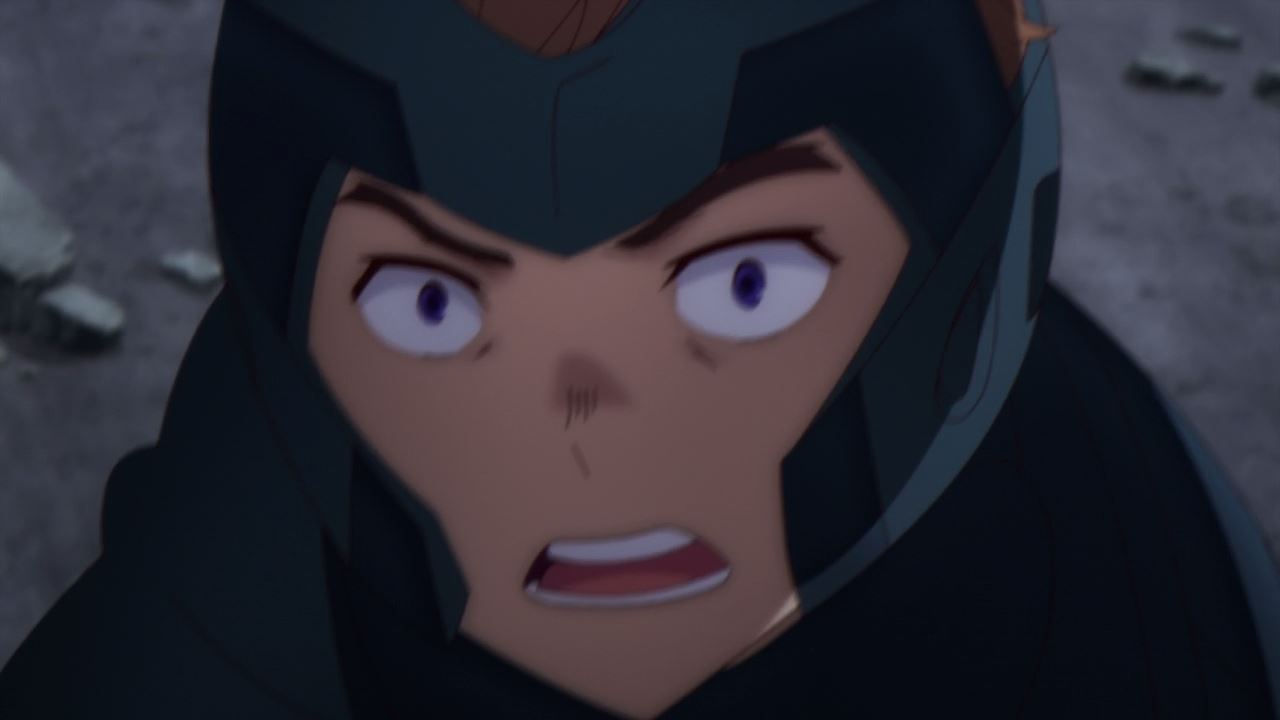 And it gets even worse when Shun is about to get crushed by falling debris. Okay, is the No Head Dragon made another sabotage, or that Masaki Ichijou and his team simply laid a trap on them? 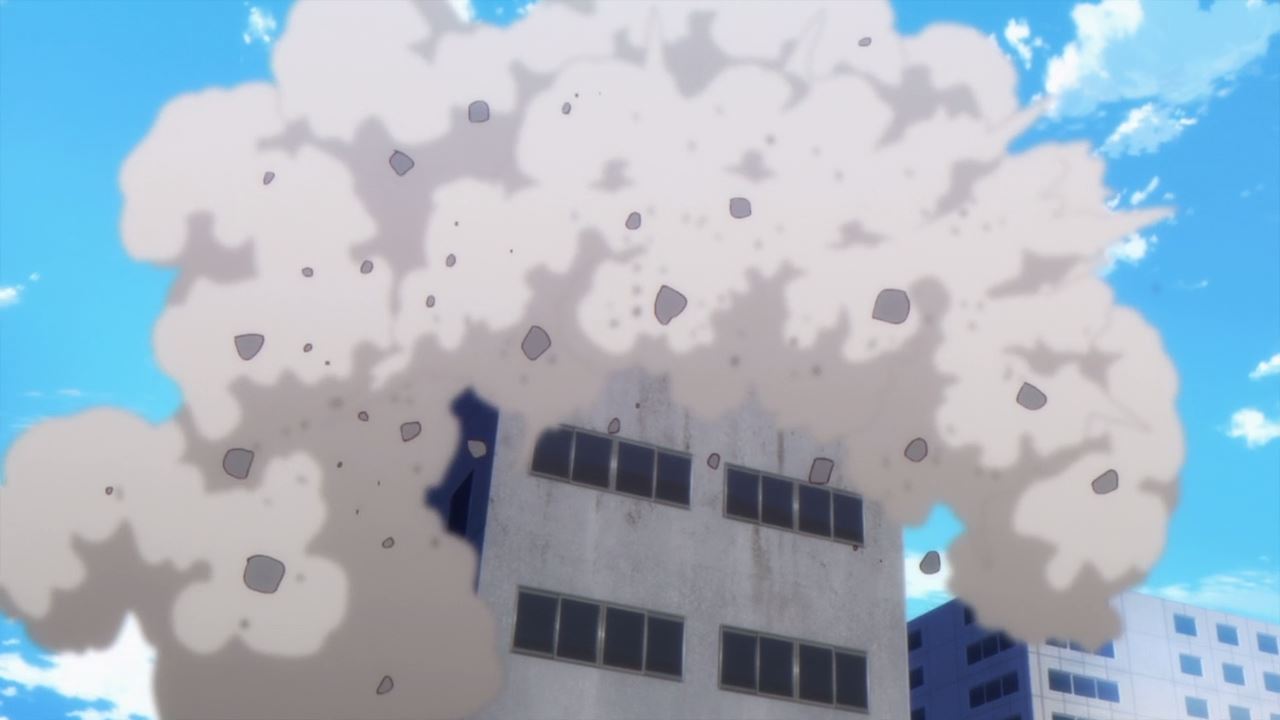 But no matter then ’cause Shun Morisaki and his team are doomed to fail in the Monolith Code event. Looks like Tatsuya Shiba will have to save the day on the next episode!