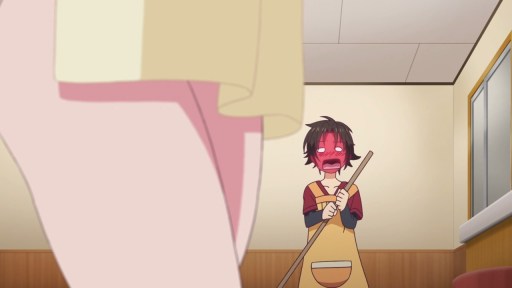 Oh boy, looks like Koushi Nagumo saw a naked Atena Saotome once again. Man, Koushi-kun should back away as soon as possible! 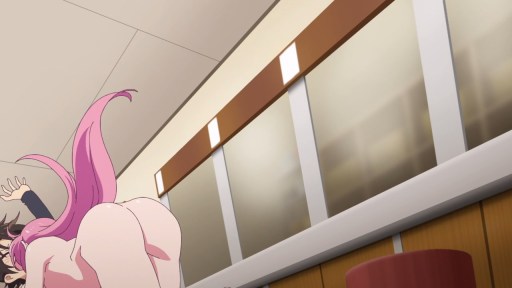 Except that Saotome went straight to Nagumo and fell down. Okay, seems that Atena needs to calm down and let the young boy back away.

Anyways, enjoy the nice view of Atena’s naked body as Koushi-kun saw some tits again. Oh yeah, and Saotome got another nosebleed as usual.

But let’s move onto Episode 8 where Christmas season has arrived. Originally, Saotome wants to accompany Nagumo and Senshou, but she’s too tired to go to the mall.

In any case, this is not a date as Koushi Nagumo and Kiriya Senshou are buying Christmas decorations and treats for her family-owned dojo.

Then again, Kiriya is getting flustered as some girls think that she has a younger brother, although the truth is that they’re not blood-related.

Now let’s move onto the next scene where Kiriya Senshou invited Koushi Nagumo to her dojo. Of course, Koushi-kun is not the only person who’s invited. 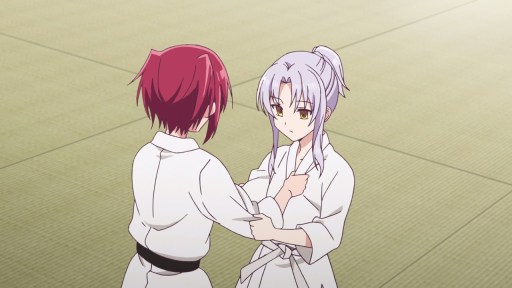 You see, Serene Hozumi got invited to her dojo as Kiriya Senshou demonstrates a judo throw to her students. Come to think of it, is Serene-san wearing underwear? 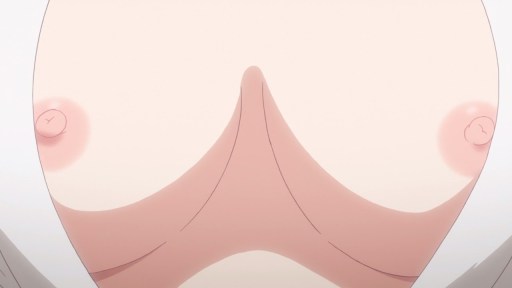 Oh wait, Hozumi is not wearing underneath her judo gi as her breasts are exposed. Don’t want those kids seeing naked breasts. 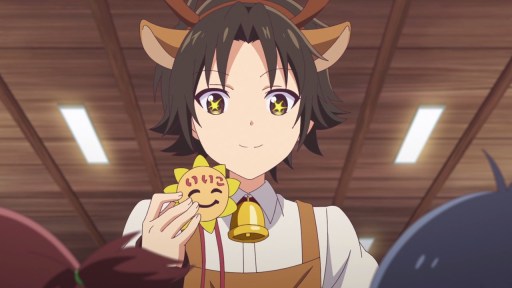 Speaking of Koushi Nagumo, looks like he wants to impress the kids by giving them awards in exchange for helping him out with the decorations. 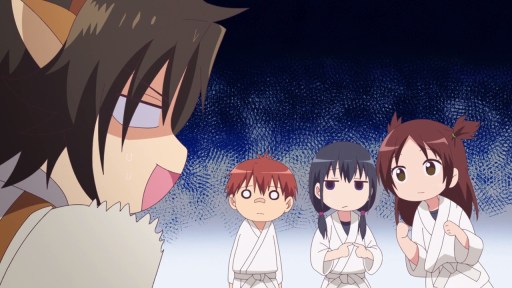 Then again, the kids are not interested towards Koushi-kun as he’s a lame kid who couldn’t endure a judo submission from Kiriya-sensei. 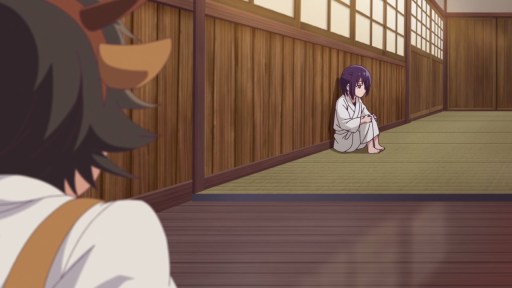 On the other hand, seems that Nagumo noticed a girl who doesn’t want to mingle with the rest of the students. Looks like there’s an introvert in the Senshou Dojo. 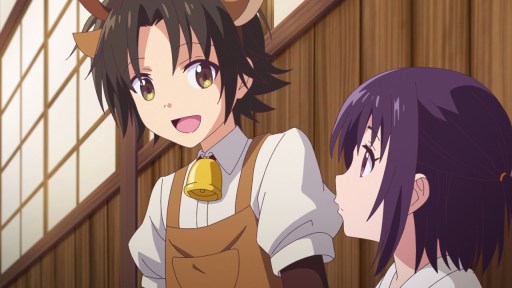 Of course, Koushi is here to cheer the girl up as he doesn’t want her to be left alone. C’mon, he’s blessed that the tenants at Megami-ryou gave him a home. 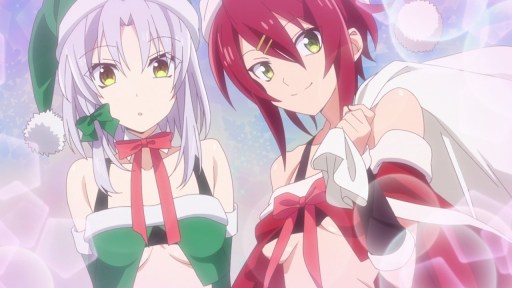 Now comes the fun part as Kiriya and Serene are dressed-up in their Santa costumes as it’s time for the Christmas party. 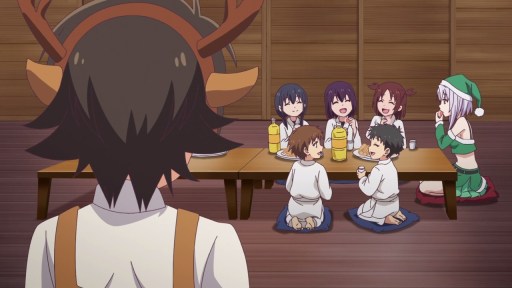 Oh yeah, looks like the girl is now befriending her fellow dojomates. Glad that Nagumo talk to her.

One more thing, it appears that Serene Hozumi wants to ride on Koushi’s back. And by the way, she’s not wearing anything underneath.

Seriously, you can see her nipples poking out of her Santa costume. This is really lewd there! 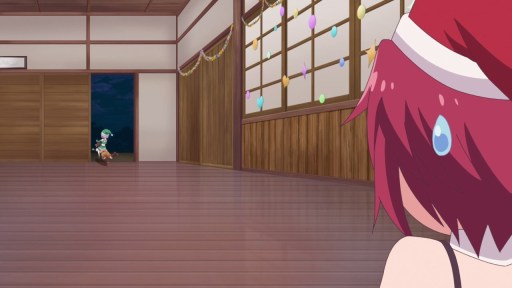 Unfortunately for Koushi Nagumo, looks like he can’t handle the horniness of Serene Hozumi that he went outside. There goes our young red-nosed reindeer…

And that’s the end of this episode as this fanservice-laden show has 2 episodes to go. Then again, I’m scared that there will be drama on the penultimate episode, but stay tuned for that!