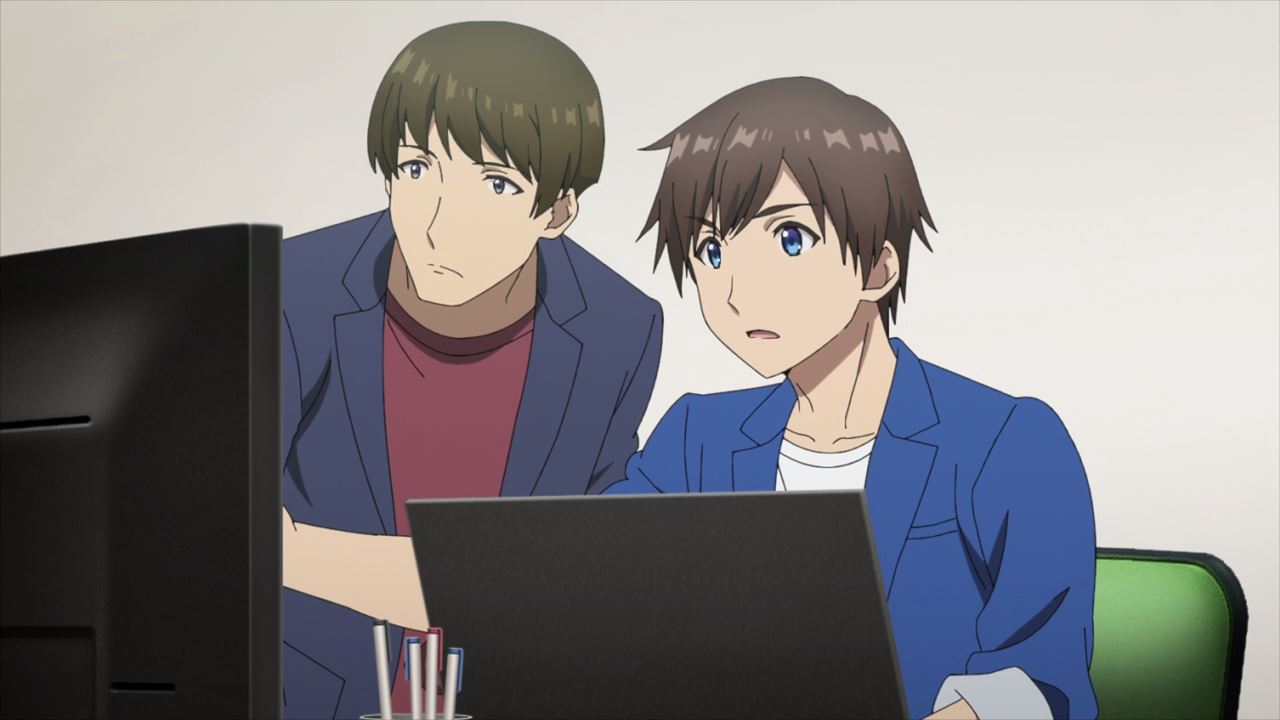 It’s been a month since Kyouya Hashiba transported into the future and while he doesn’t know how his life progressed after college, Hashiba got used to working at Attraction Point as the company is bankrolling on their biggest mobile (or social) game title called Mystic Clockwork.

Come to think of it, I have a sense of deja vu here as back in his previous timeline, SucceedSoft tries to make a game with the help of the Platinum Generation and failed miserably once the creators bailed out. 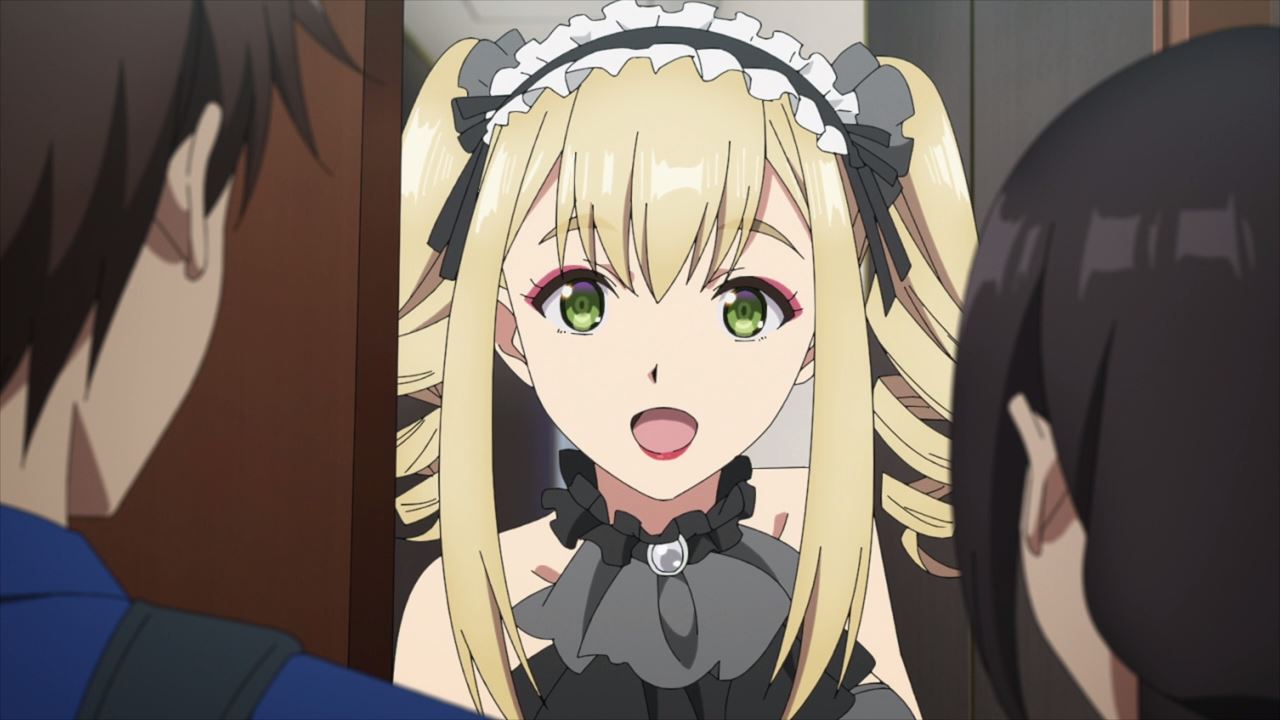 Unfortunately, it appears that Ayaka Minori still has creator’s block in which she tried various methods like cosplaying, to no avail as Minori doesn’t have the drive to make something. 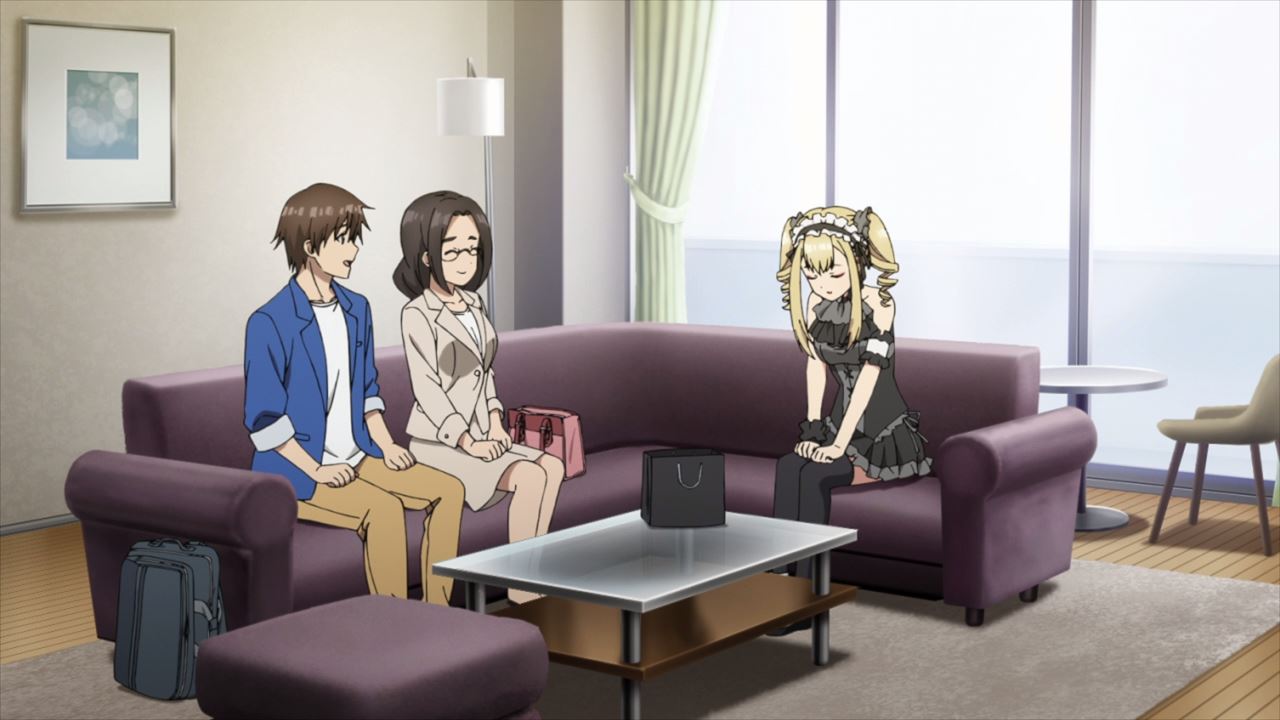 Well then, this is quite a problem as the CEO of Attraction Point is bankrolling on Ayaka Minori’s character illustrations, only to find out that it won’t be ready in time for Mystic Clockwork’s launch.

Now then, I don’t know if they’re too snobby to contribute a mobile game that got cancelled spectacularly, or the Platinum Generation have a case of creative burnout much like they’re experiencing in the present timeline, but one thing is clear is that Kyouya needs to succeed without his friends. 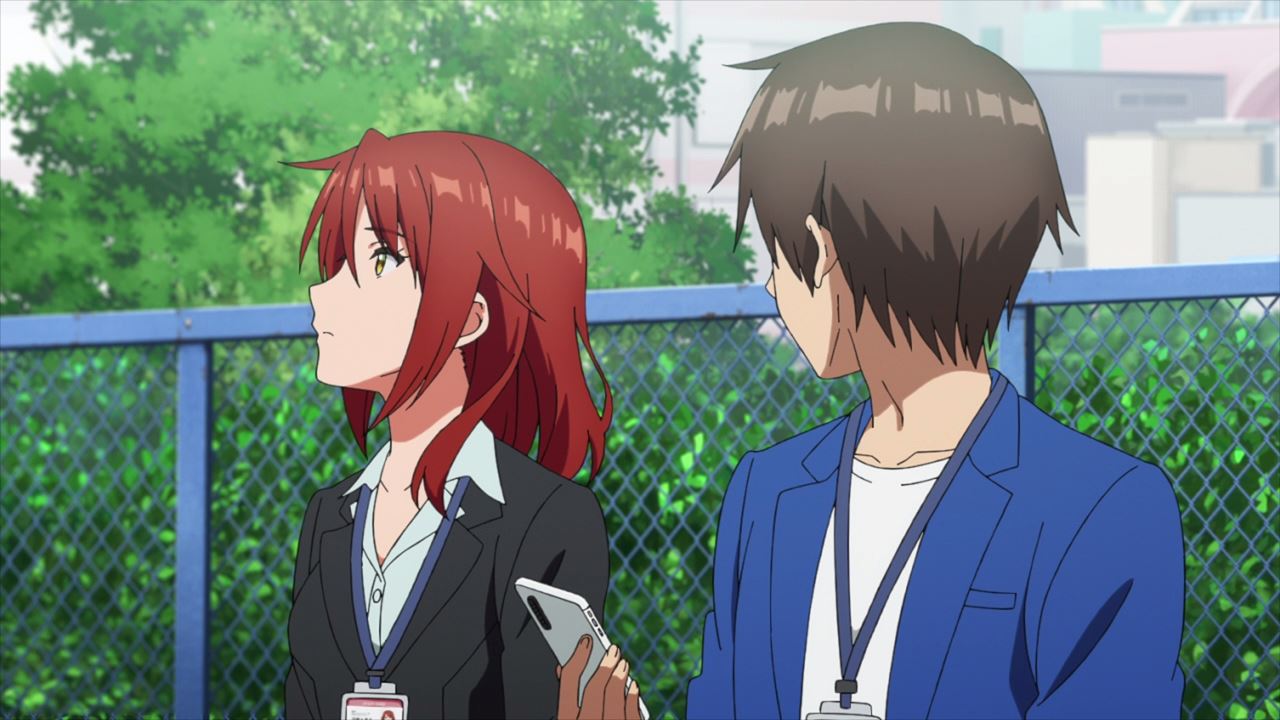 Speaking of bad news, there’s more for Attraction Point as Eiko Kawasegawa explained that the internally-developed engine has lots of bugs that they want her team some ample time to fix them.

They’re hoping for delays on releasing Mystic Clockwork, but the CEO insists of releasing the game on schedule. Man, I felt sympathy towards Kawasegawa and her team for being pushed to the edge. 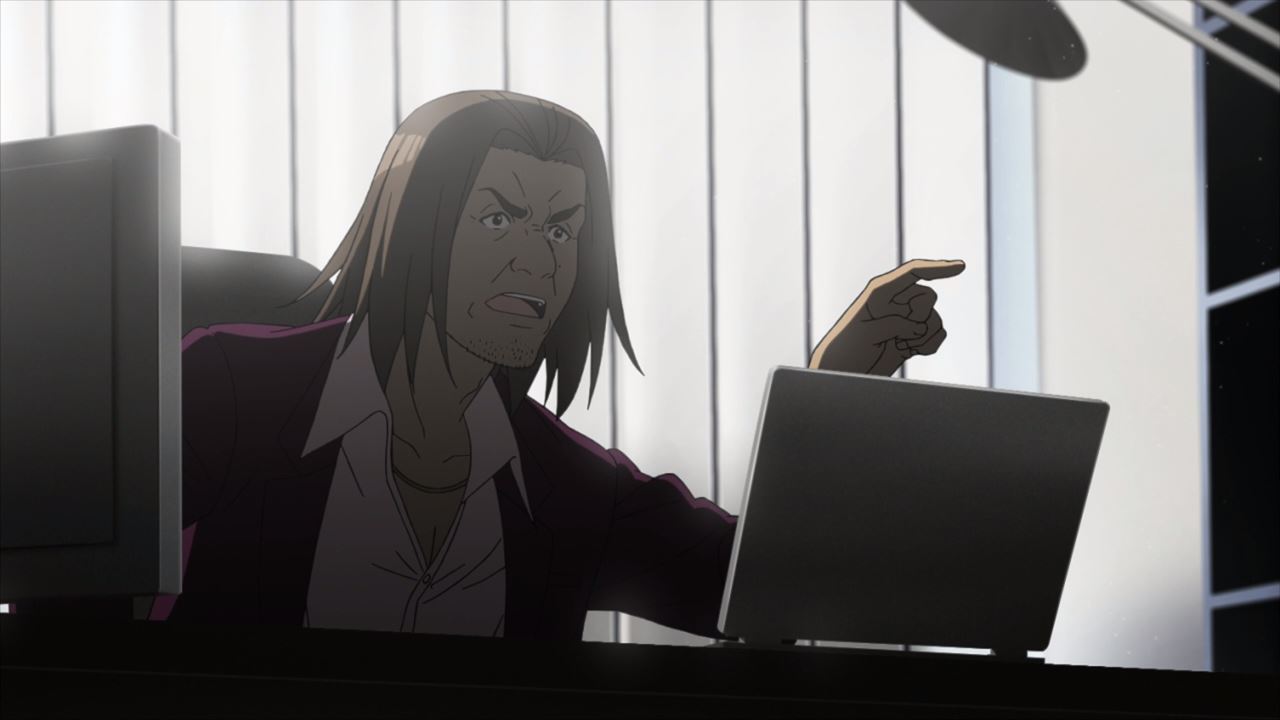 And speaking of the CEO of Attraction Point, he’s one tough son of a bitch where he insist that the game will be released on schedule. No room for delays.

Honestly, this guy is an asshole where he’s aiming for short-term profits rather than long-term growth. 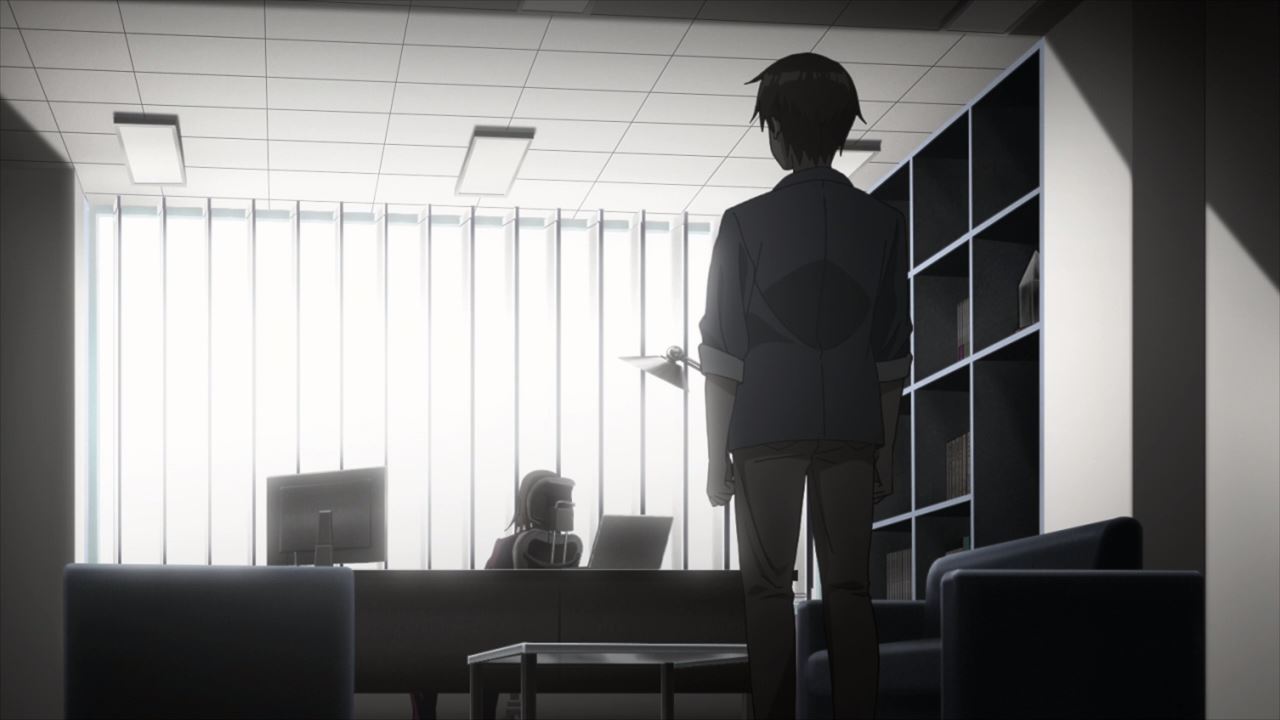 But yes, Kyouya Hashiba can’t do anything but watch the inevitable. He tried his best to convince his boss to reconsider the delays, but it didn’t push through. 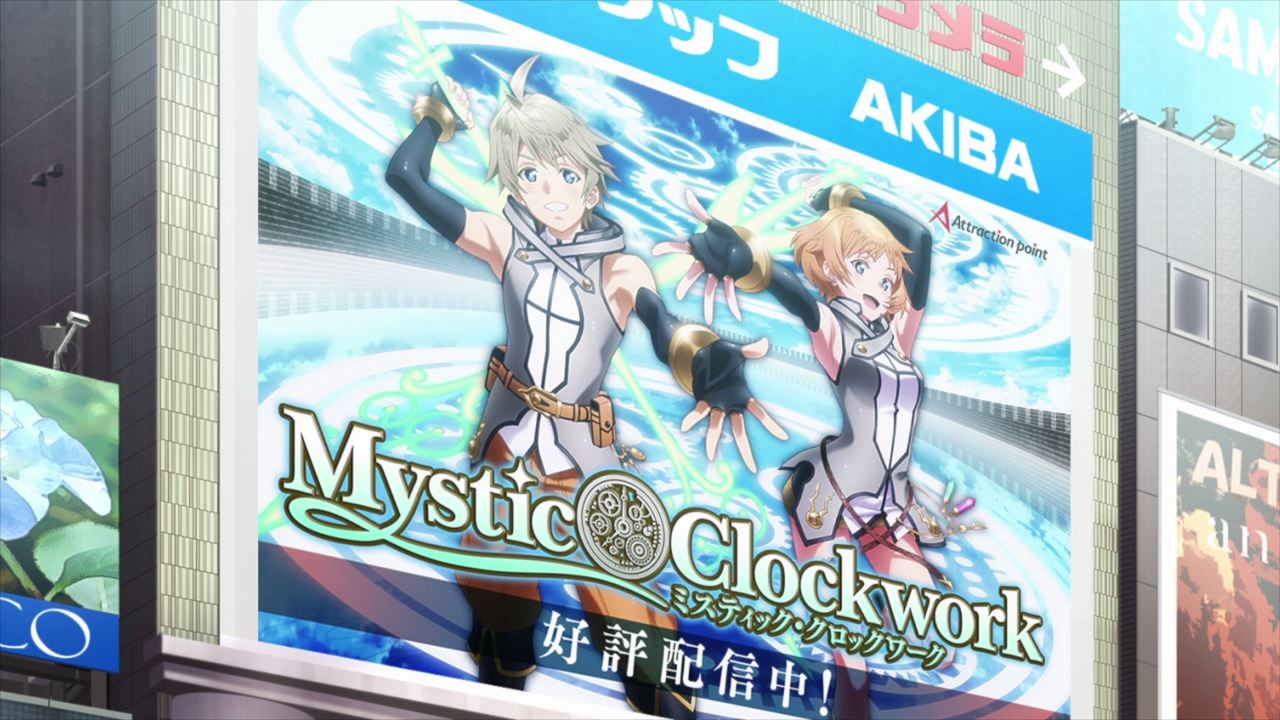 The next day, Mystic Clockwork was released to the public where it’s riddled with bugs to the point that players are complaining for broken gacha rates and crashes. Truly a spectacular mess from Attraction Point. 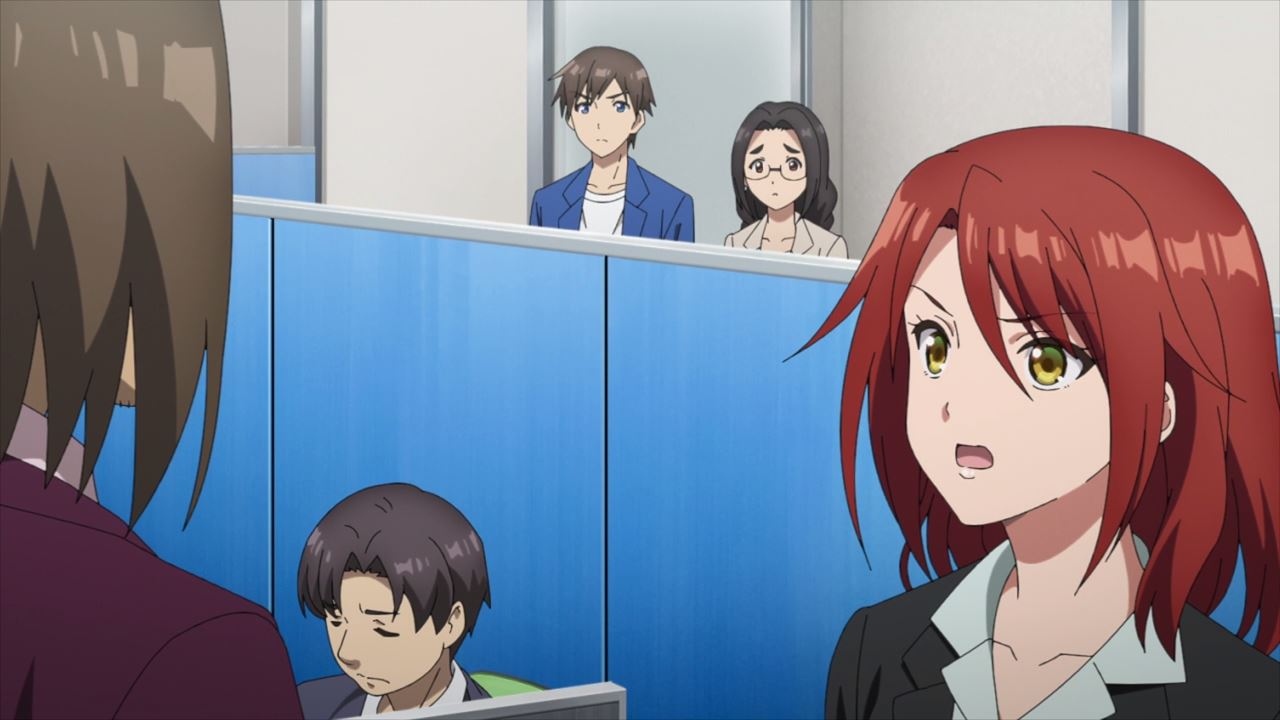 Even worse is that the CEO of Attraction Point wants to keep the game running as he told Eiko Kawasegawa to deal with it. Really Mr. CEO, that’s a suicidal response there!

At this point, there’s nothing that they can do to save Mystic Clockwork in the long run, meaning that Attraction Point will slowly die off much like SucceedSoft in the previous timeline. 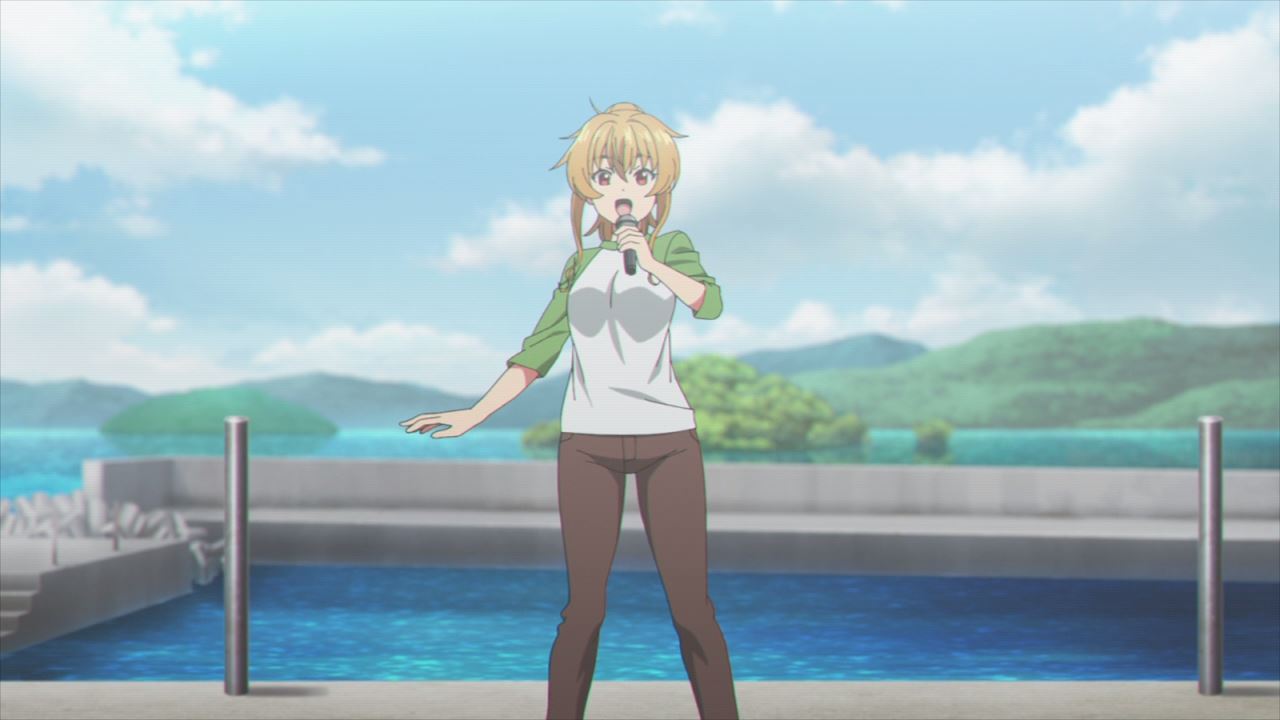 But amidst the bantering between the boss and Kawasegawa, there’s a glimmer of hope for Hashiba as he saw another video from Nanako Kogure (or should I say N@NA) as she released a song dedicated to him.

I have to say that despite her intentions to quit her singing career, Kogure still wants to sing because of Kyouya Hashiba. C’mon, he’s the one who push her to become a singer after all. 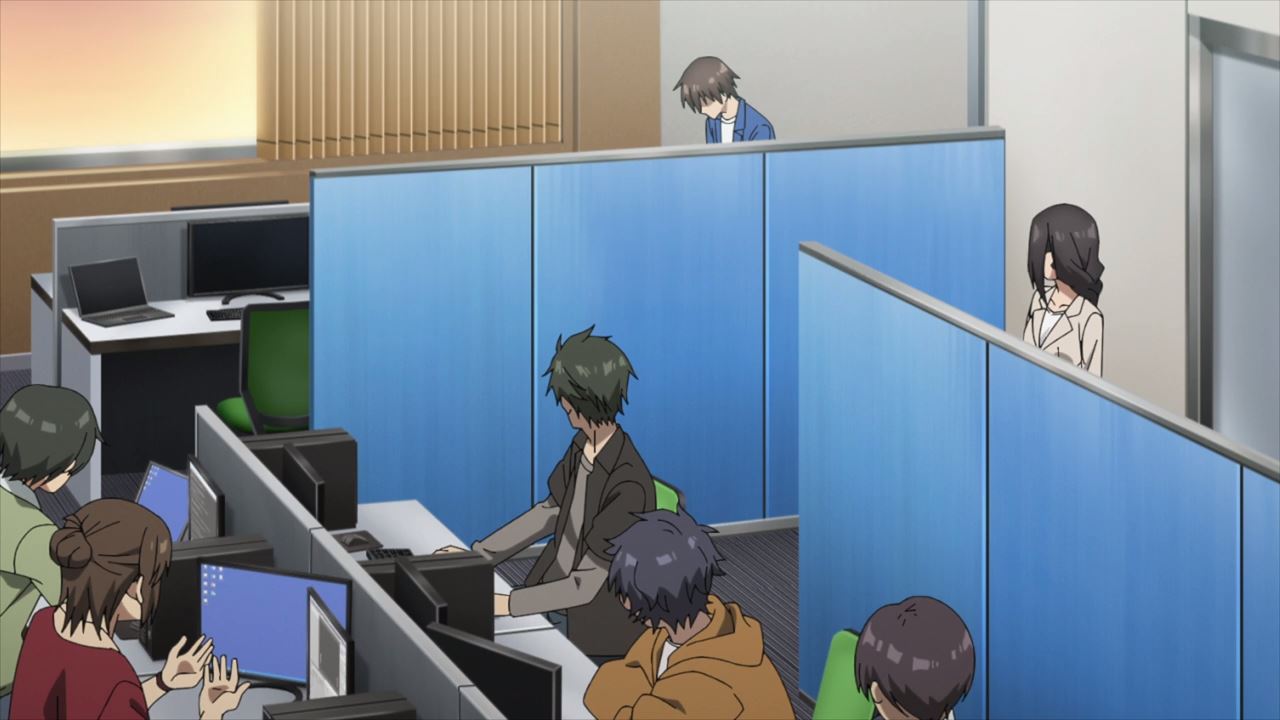 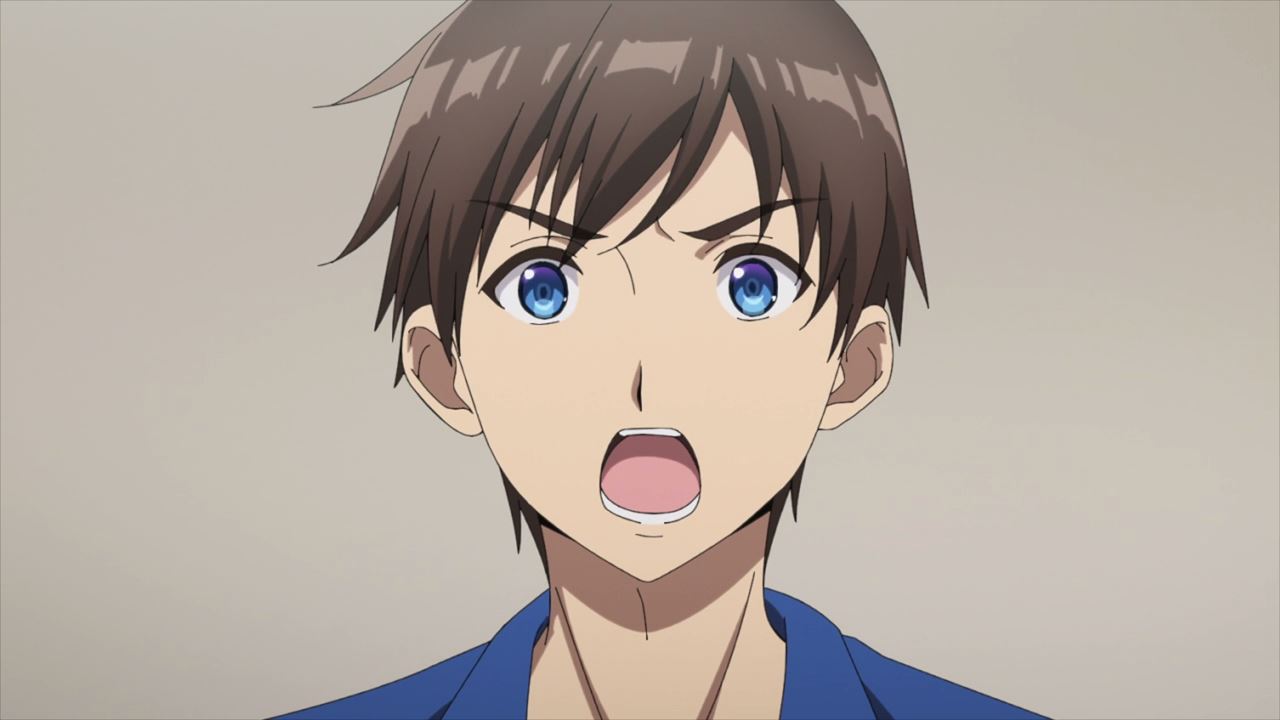 But speaking of Kyouya Hashiba, looks like he had enough of being a bystander to a crumbling game company as he wants to save Mystic Clockwork no matter what. I’m glad that Kyouya has the passion to not only fix everything, but also redeem himself!

Of course, with Nanako Kogure back in the picture, I think it’s time for Hashiba to bring the band back together… for reals this time. Anyways, see ya next week!