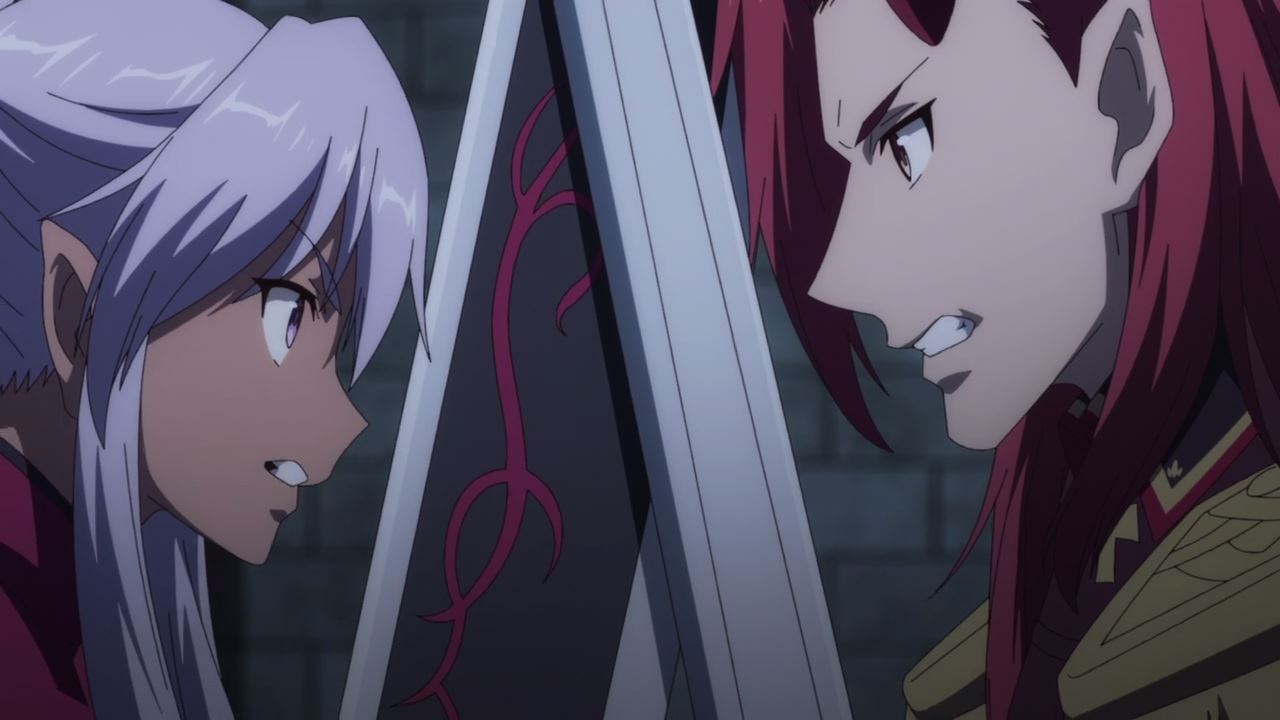 Meanwhile in Red Dragon City, a battle ensued between Castor Vargas and Aisha Udgard as the two factions clashed inside the castle. While Aisha has brute strength, Castor is known for his finesse as he can parry the dark elf’s attacks. 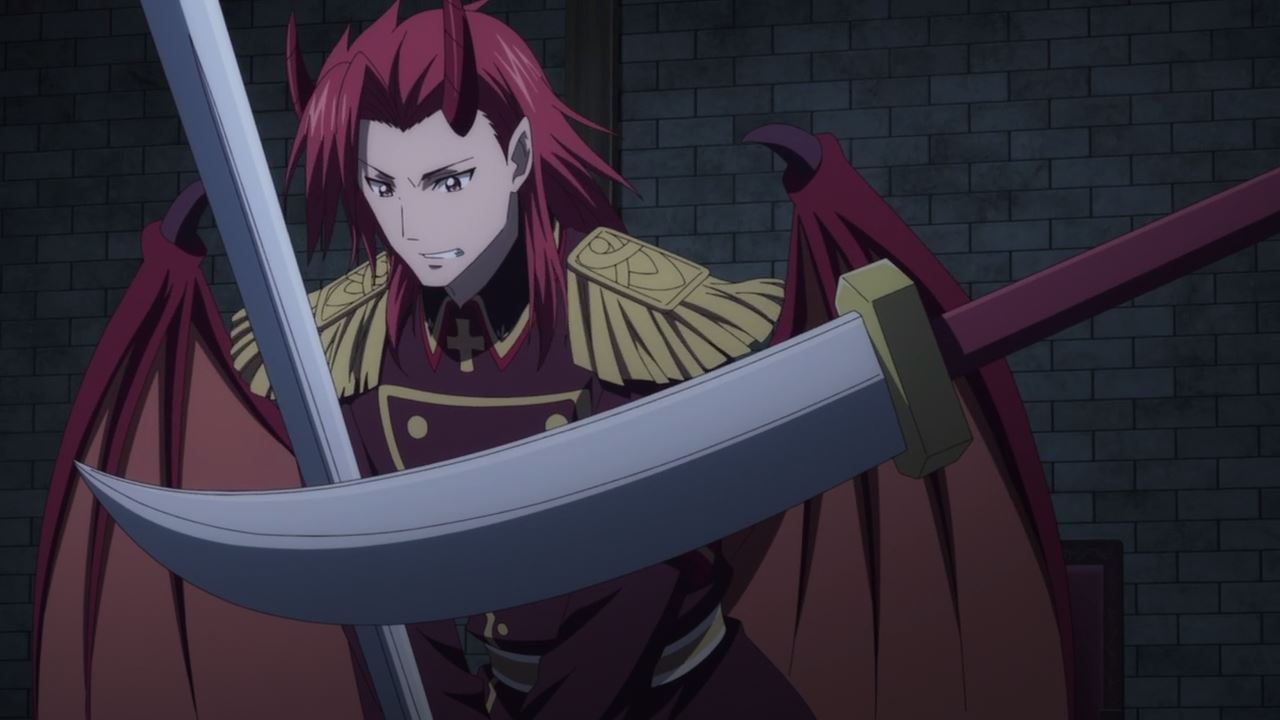 Unfortunately for Castor Vargas, he’s not fully-prepared when it comes to surprise attacks as Kazuya Souma’s Living Poltergeist attacks the duke. 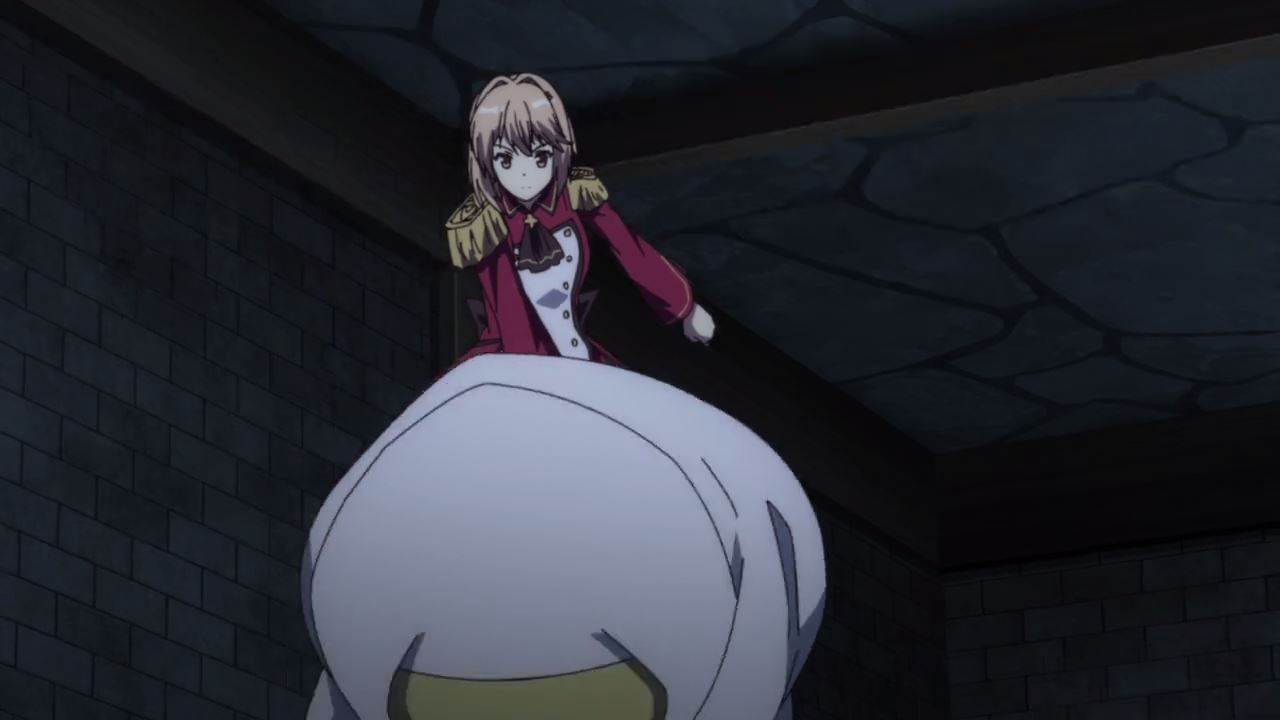 Oh yeah, here’s Liscia Elfrieden where she’s about to cast ice magic on Duke Vargas in order to immobilize him. 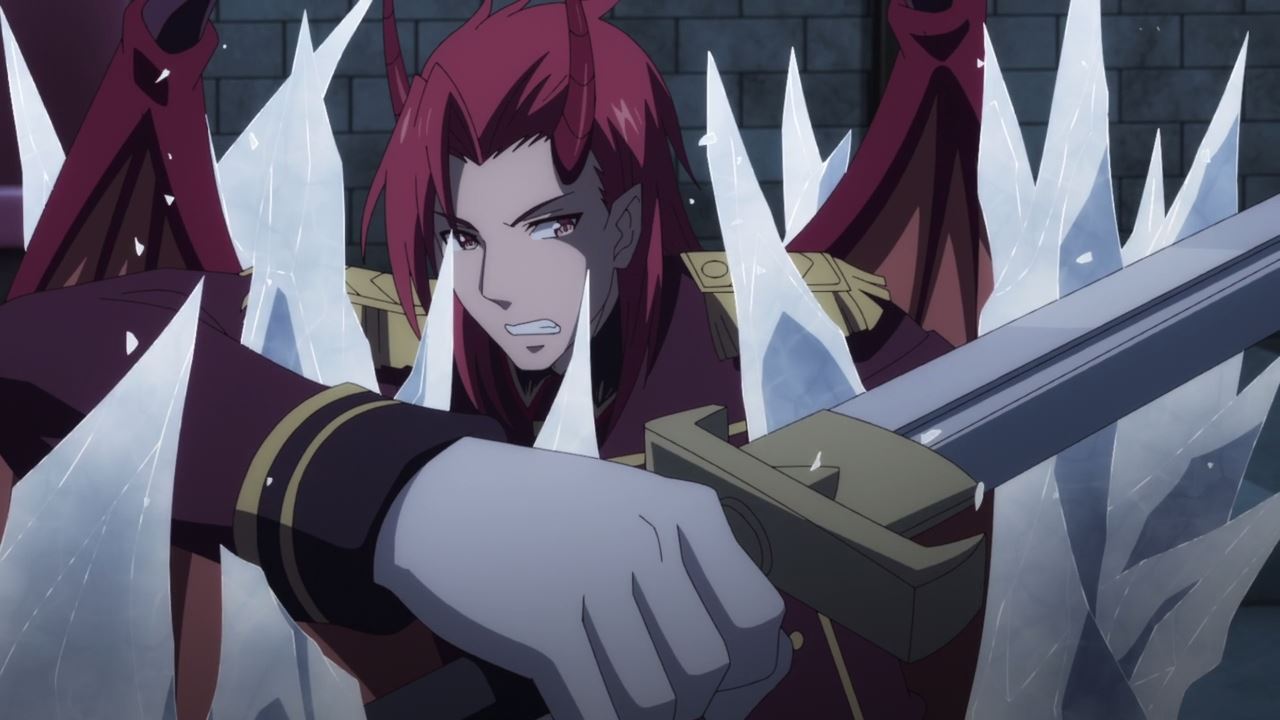 But yes, the duke couldn’t move thanks to Liscia’s Ice Sword Mountain. Of course, Castor Vargas is still a stubborn man as he’ll try to free himself. 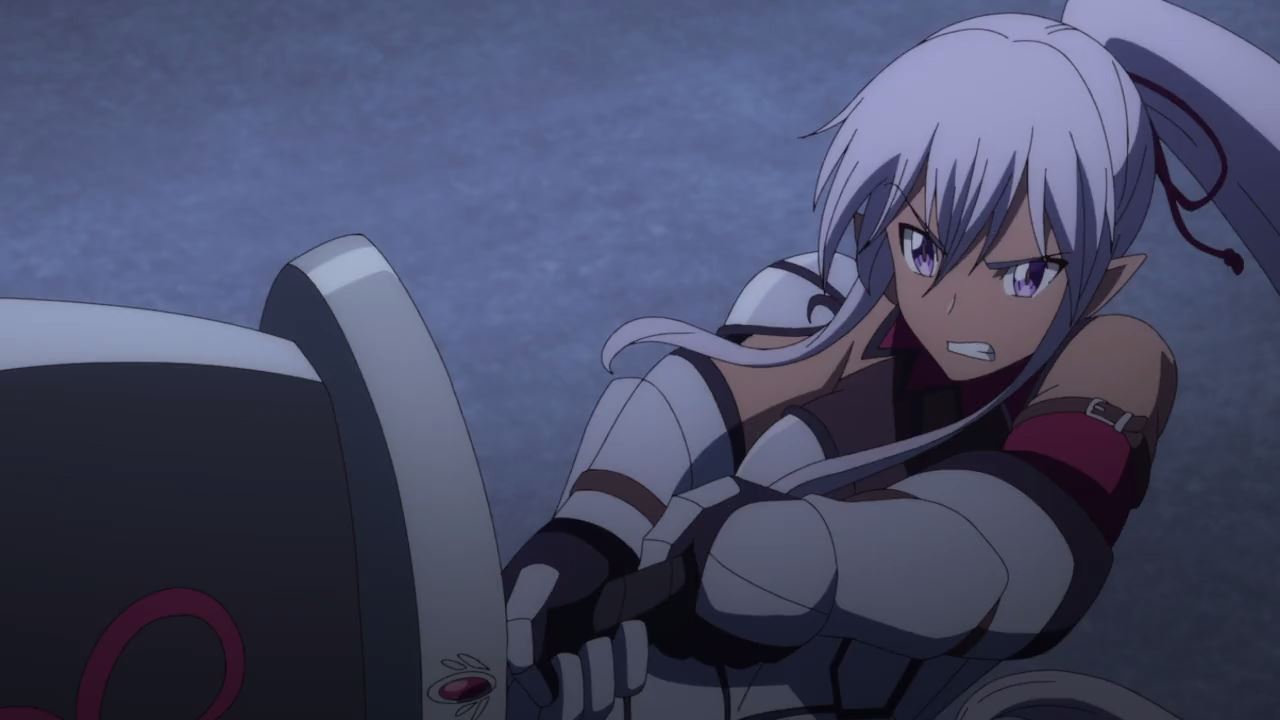 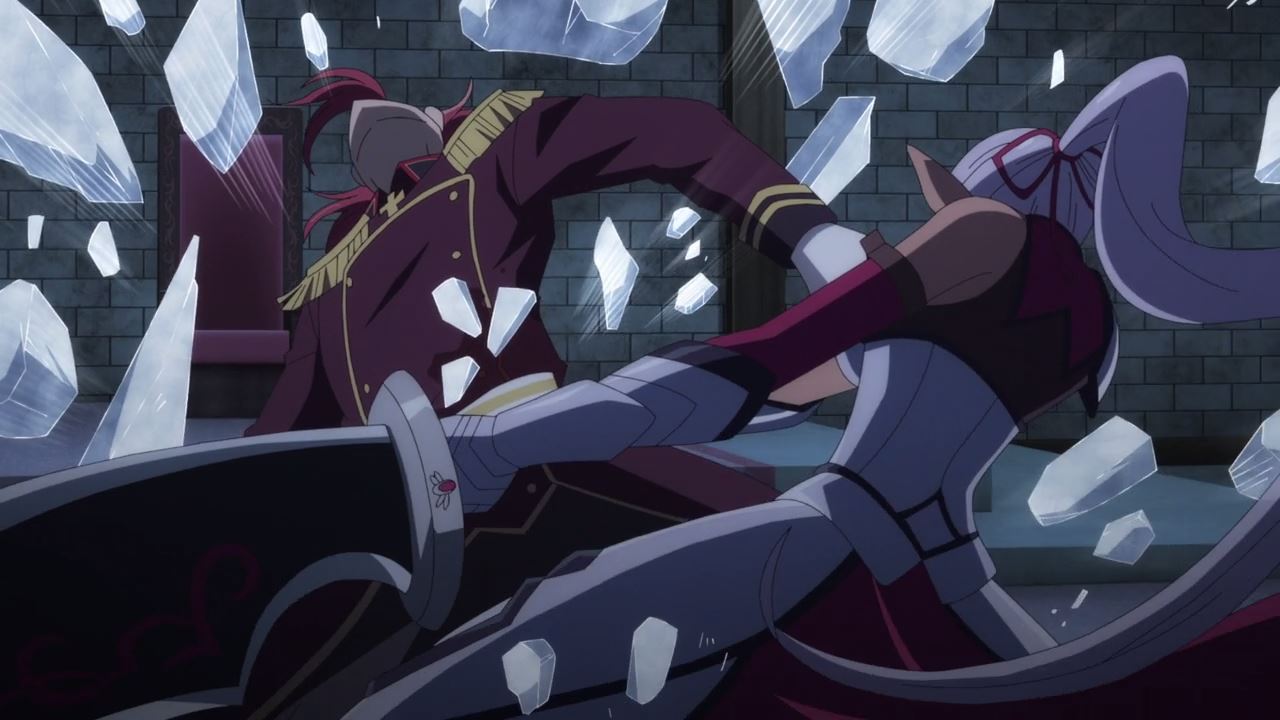 Sadly for the duke, Aisha Udgard delivered a finishing blow as Castor Vargas is defeated. Of course, King Kazuya Souma will spare him ’cause he needs Castor’s Red Dragon City Knights for his plan. 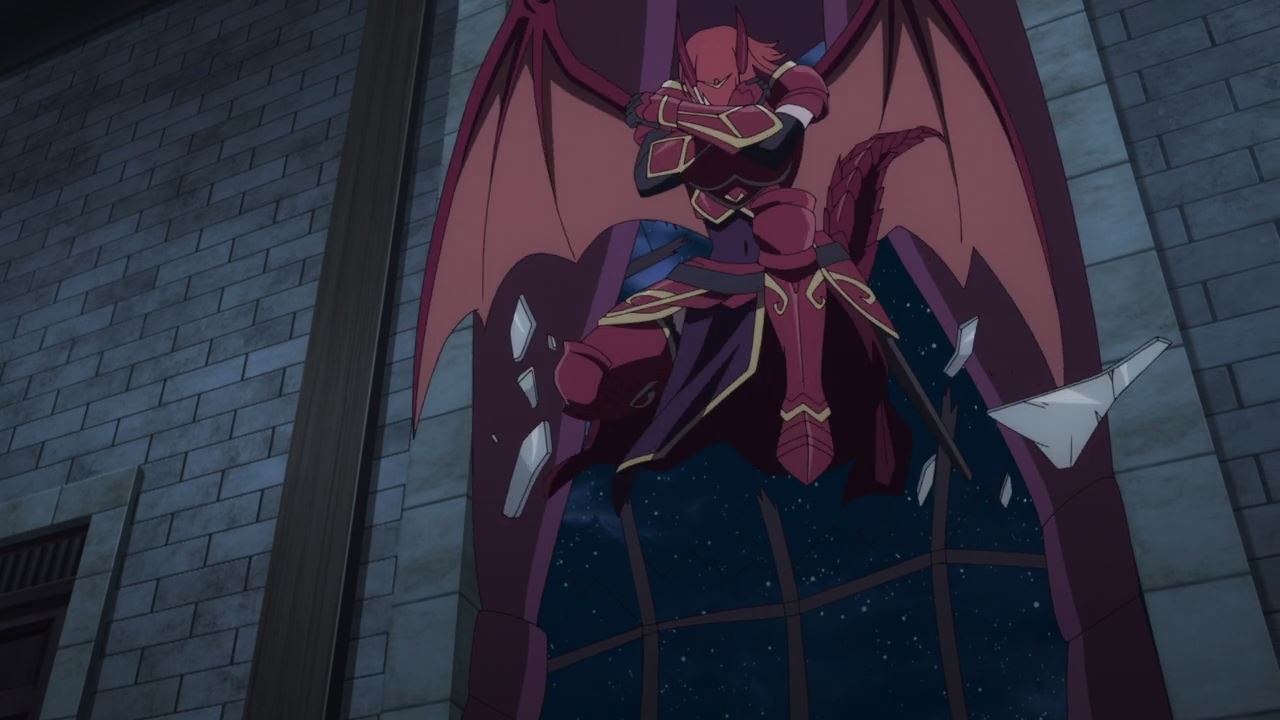 Speaking of the Red Dragon City Knights, its leader Carla Vargas arrives at the scene to rescue her father from King Souma. 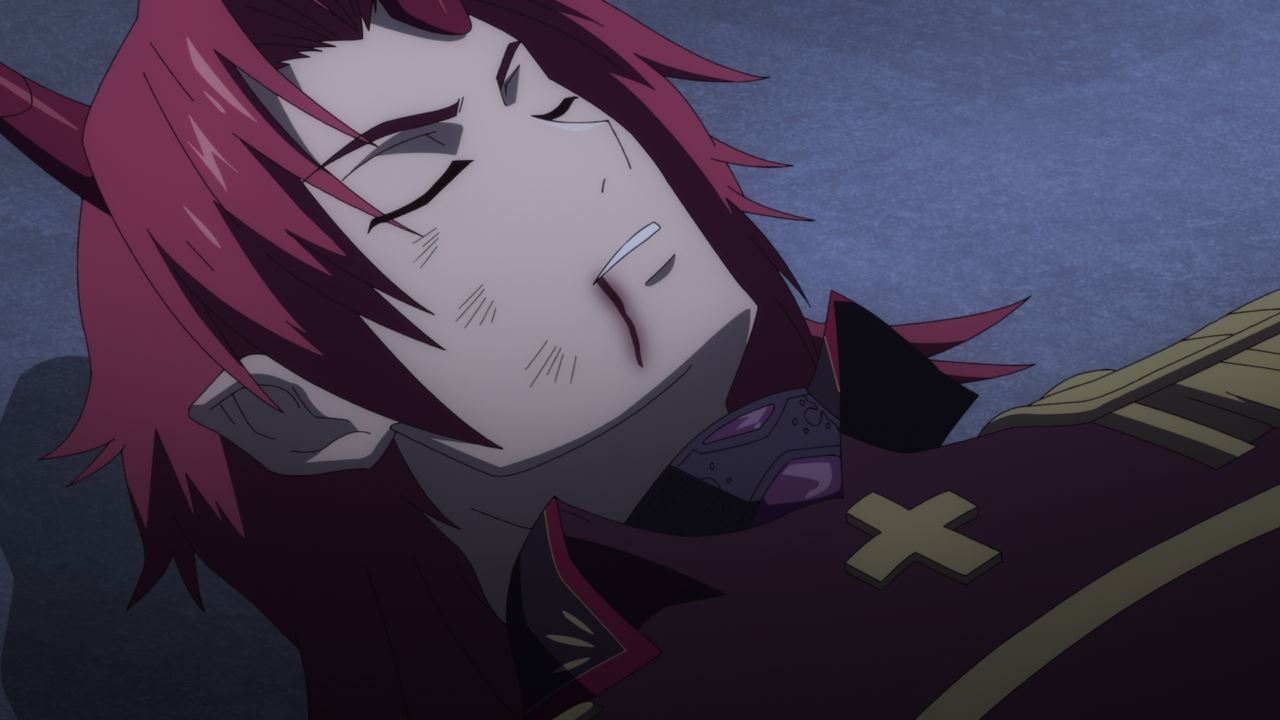 However, Carla found out that her father was defeated as Duke Castor has a slave collar in his neck, making him a servant to the new king. Basically, if Kazuya dies, the duke loses his head too. 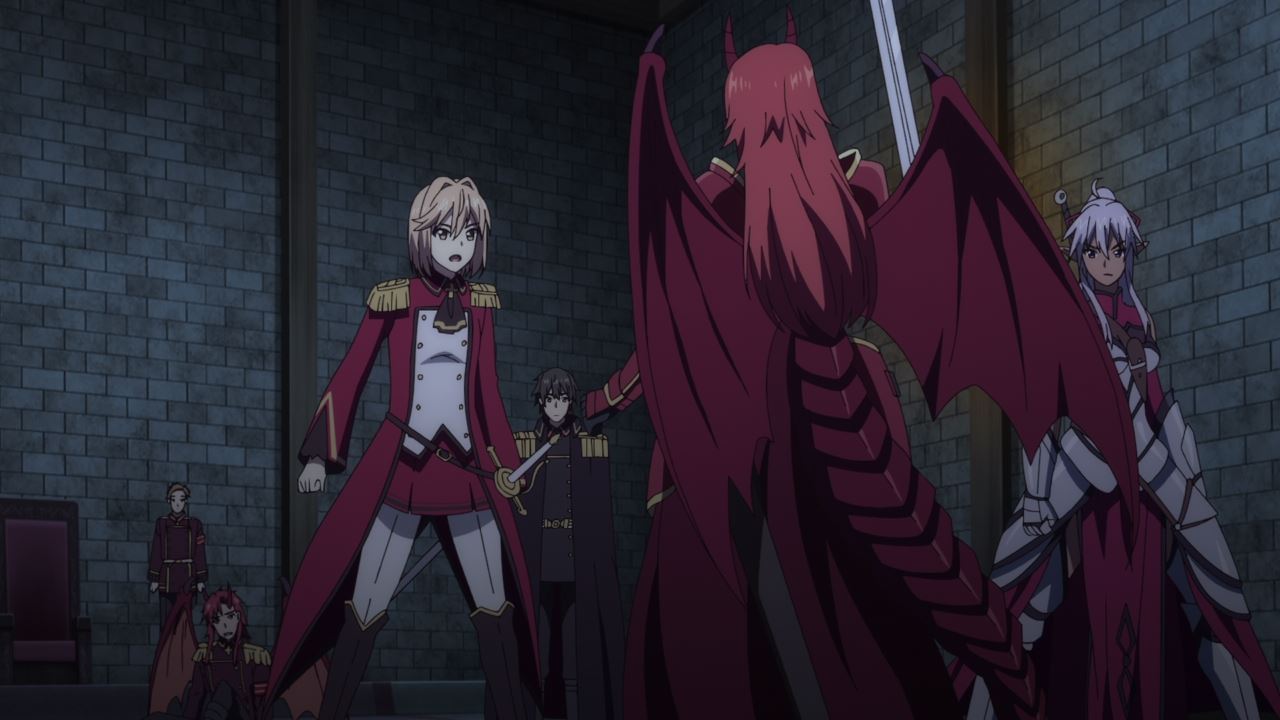 But yes, Liscia Elfrieden told Carla Vargas to give up as they beat the duke, so there’s no point of continuing the fight anymore.

With Castor and Carla Vargas captured as prisoners of war, King Kazuya Souma now has the possession of the air force. 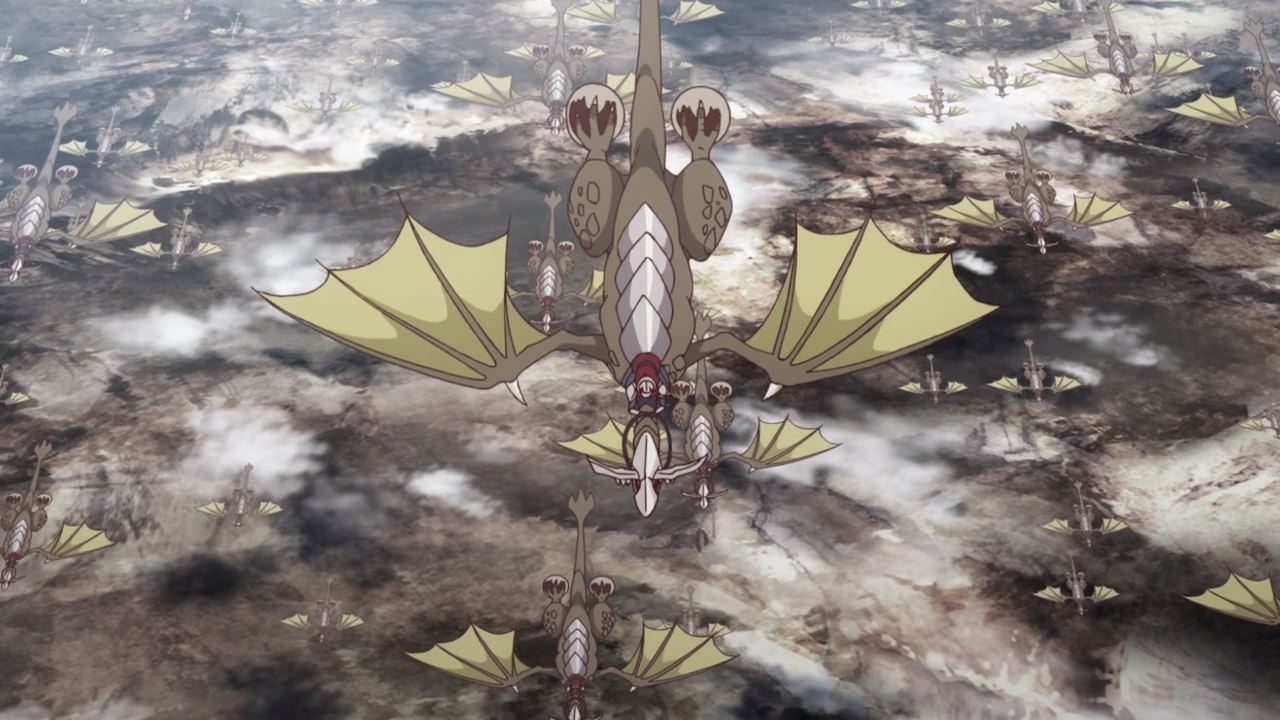 And so, the Red Dragon City Knights head towards Randel Castle where they’ll attack Duke Georg Carmine and his allies. 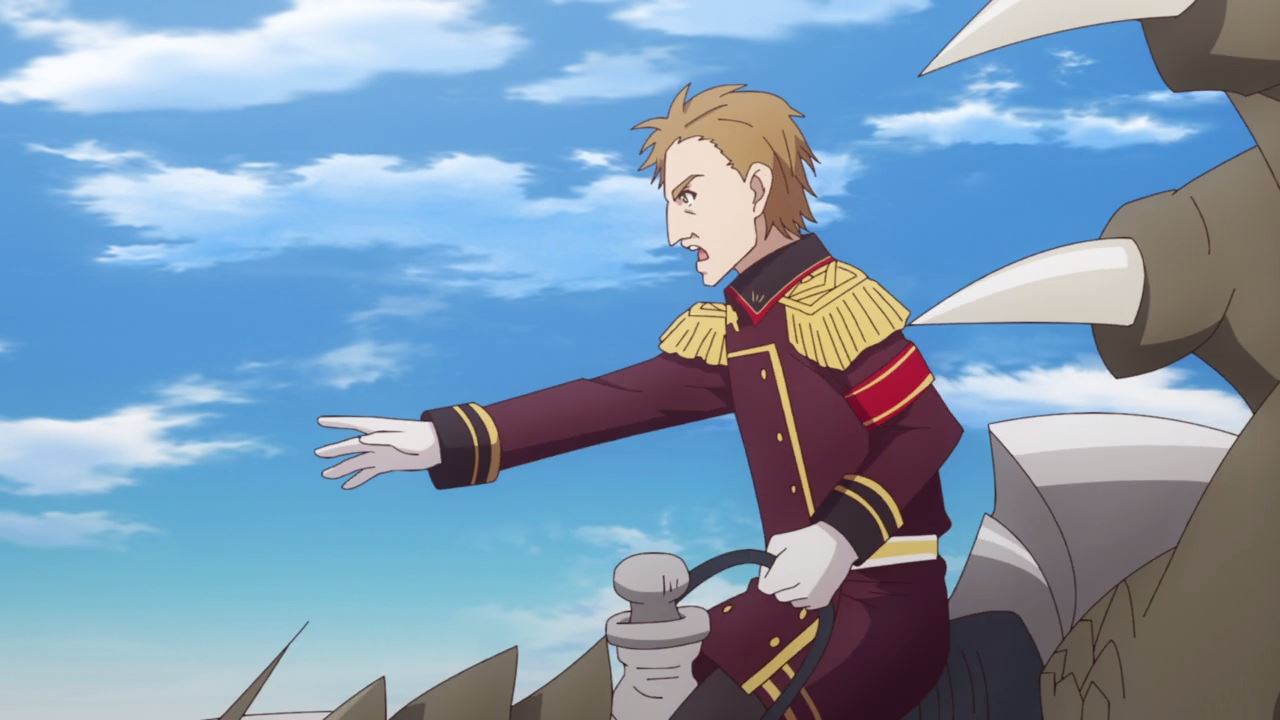 Under the command of Tolman, they’ll carry out bombing raids towards Randel Castle until the duke surrenders. 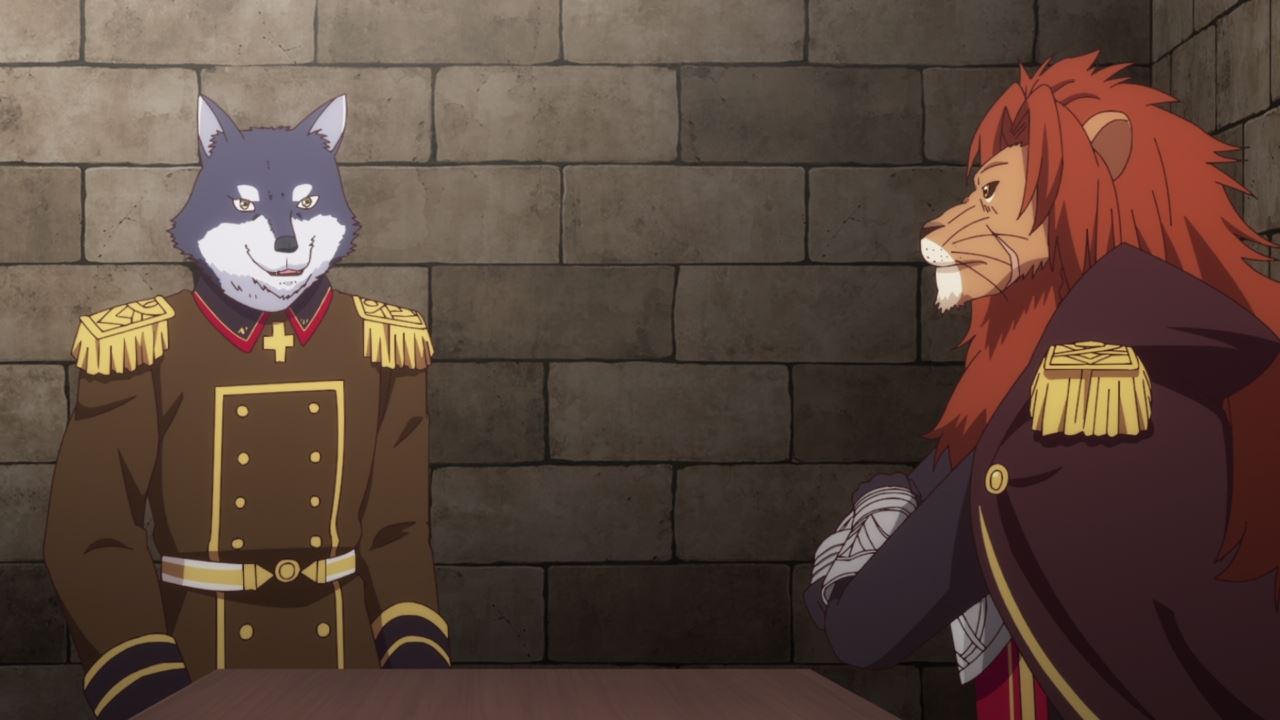 Speaking of Duke Georg Carmine, he received a report from Beowulf that Duke Castor Vargas is defeated while suffering little to no casualties.

Also, the Red Dragon City Knights are about to drop bombs at Randel Castle. So, it’ll be a matter of time before the duke waves his white flag. 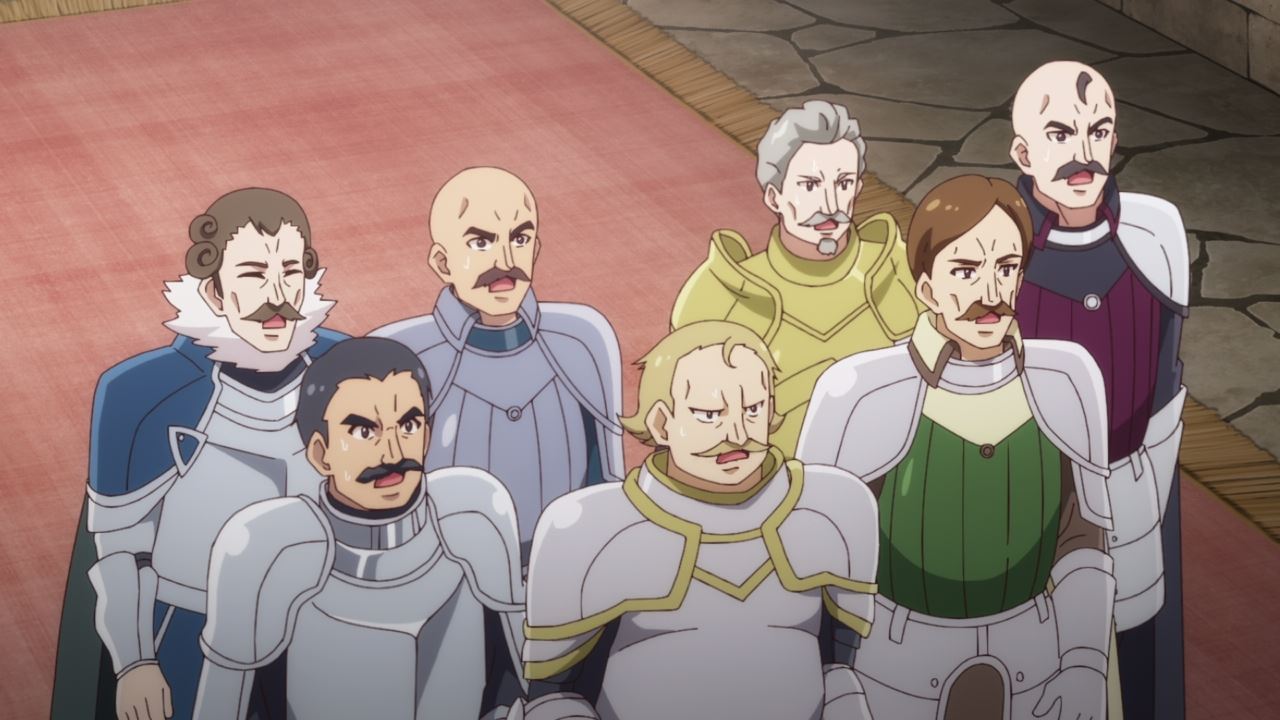 Of course, the nobles want to continue fighting as they’ll use the commoners as human shields in order to save themselves.

Really guys, are you gonna sacrifice innocent people just to save your skin? Not even Duke Carmine will allow that! 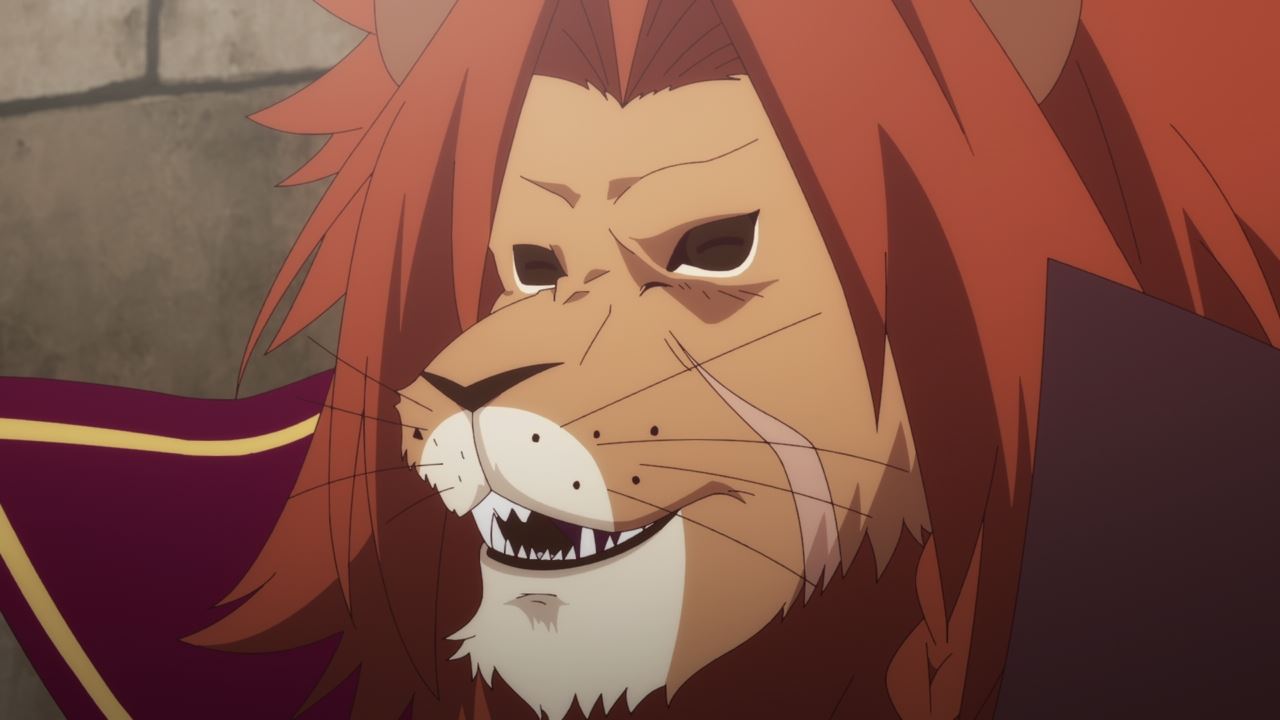 But as for Duke Carmine, he had enough of their shit as Georg told Beowulf to put these nobles to jail as soon as possible.

Also, they’ll have slave collars on their necks too as they’ll lose their heads should King Kazuya dies too. This includes Duke Georg Carmine as he finally surrendered to the new king.

Come to think of it, I wonder if Duke Carmine really wants to detain these corrupt nobles in one fell swoop? 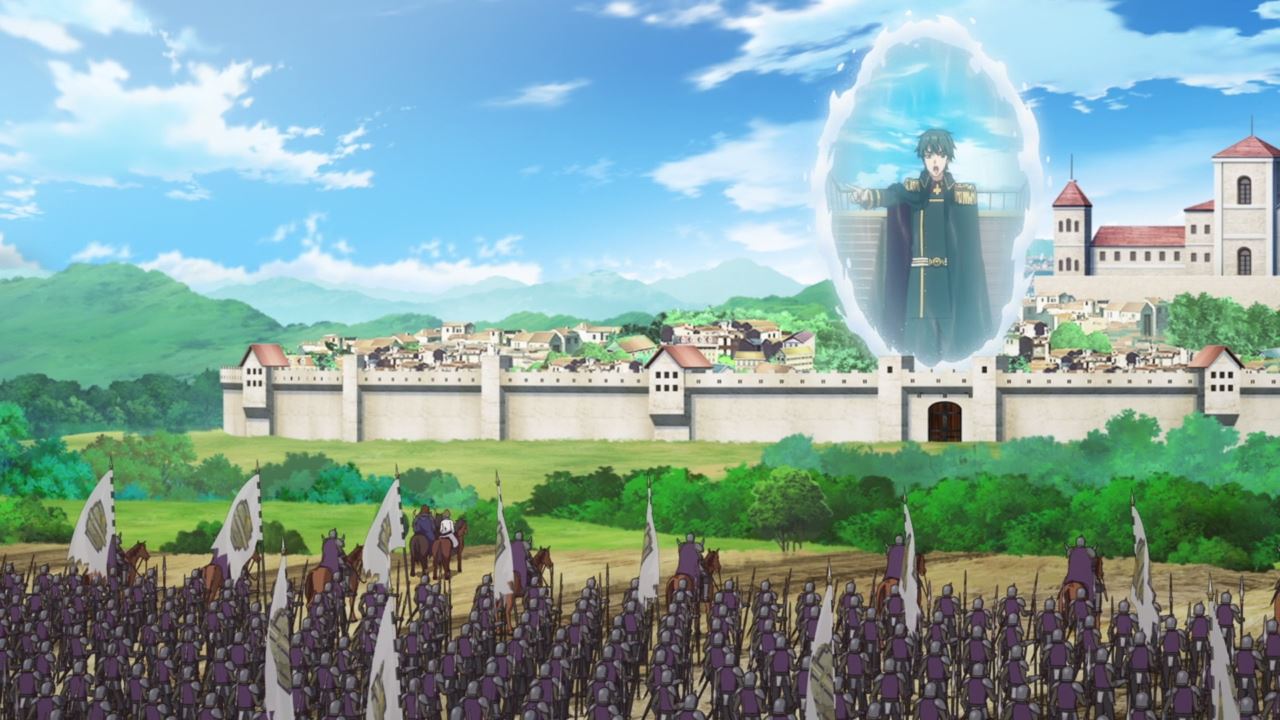 With the Three Dukedoms already fell onto King Kazuya’s hands, it’s time for the new king to declare war on the Principality of Amidonia as the Kingdom of Elfrieden will invade the capital as punishment for stirring conflict between him and the dukes.

For Gaius Amidonia VIII and his son Julius, their plan of invading Elfrieden by stirring conflict has failed spectacularly as they’ll make their retreat to Van. 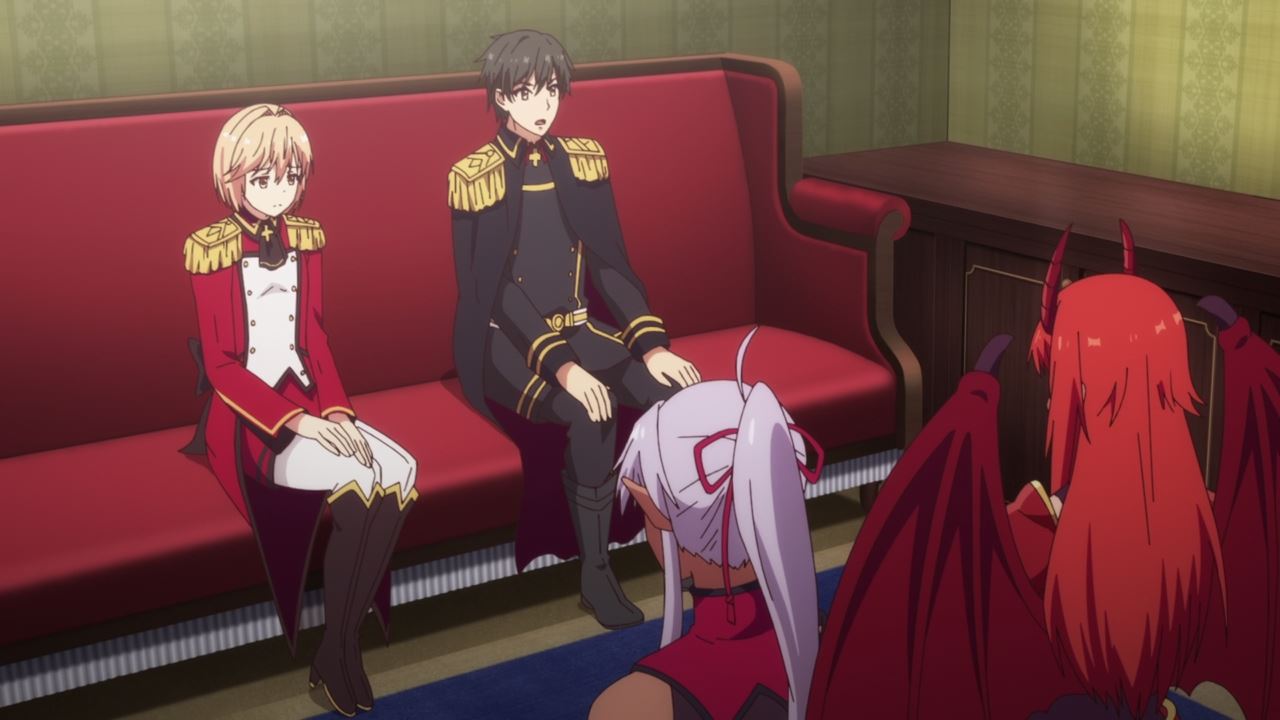 Speaking of Kazuya Souma, he explained to everyone that the reason why the Three Dukedoms are defeated is because he learned a tip from Glaive Magna in which Duke Georg Carmine plans to gather all corrupt nobles to his faction, stage a coup, and let King Souma crush them.

While he and Hakuya Kwonmin plans to detain the corrupt nobles by themselves, it’s really surprising that the lion duke pulled a fast one. Now, the king is focus on crushing Gaius VIII. 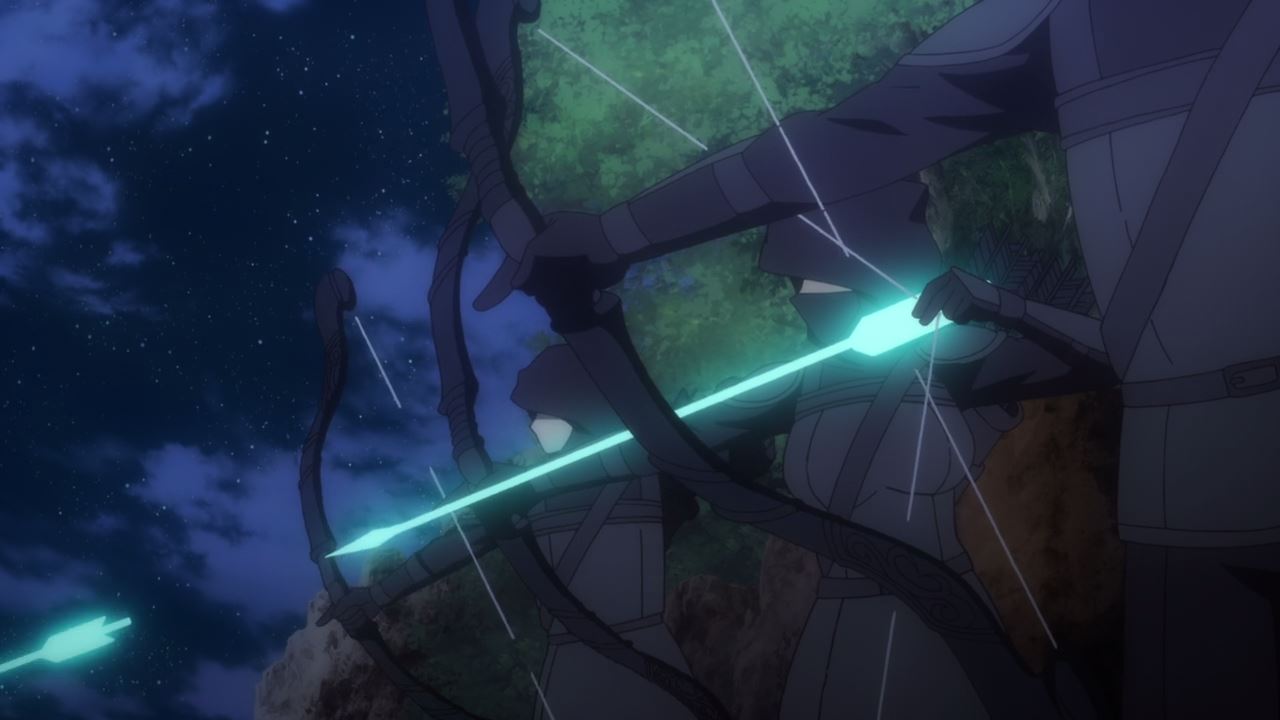 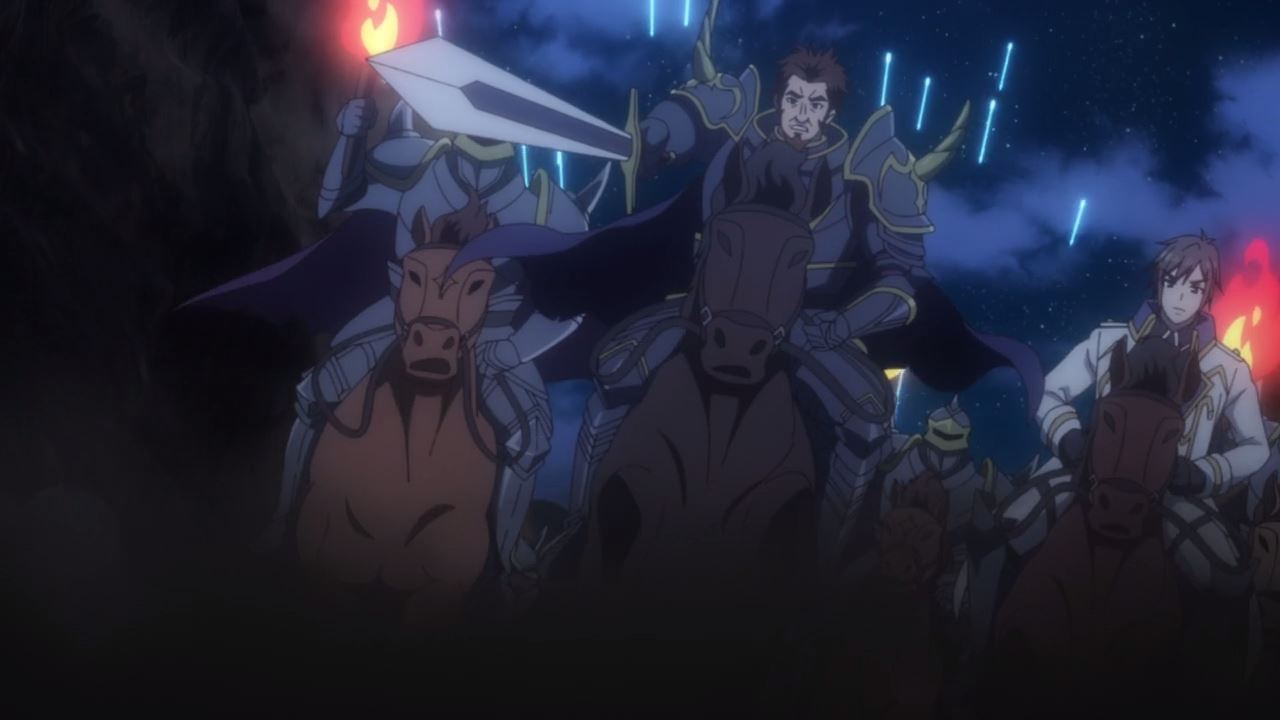 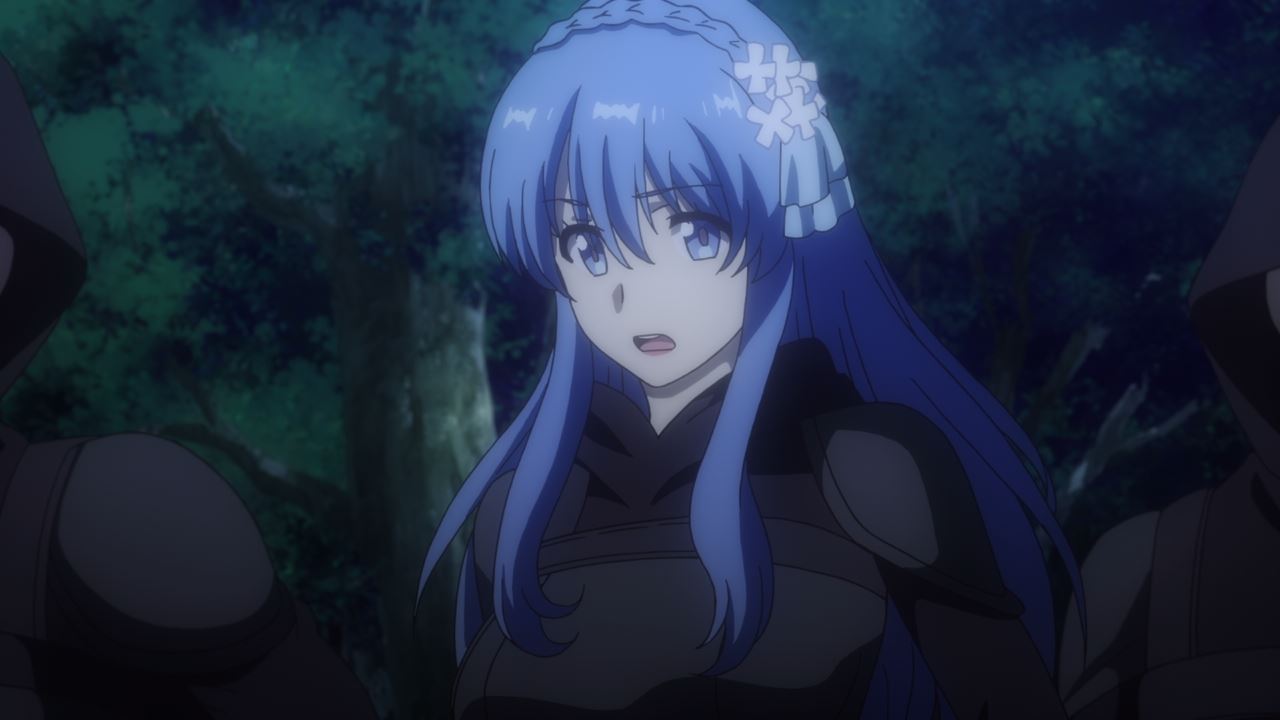 Why it’s none other than Juna Doma where she’s not only a good singer, but also a deadly assassin. I’m glad that Juna joined Kazuya’s party for good as she’s fully-convinced that the new king will lead Elfrieden to a new direction. 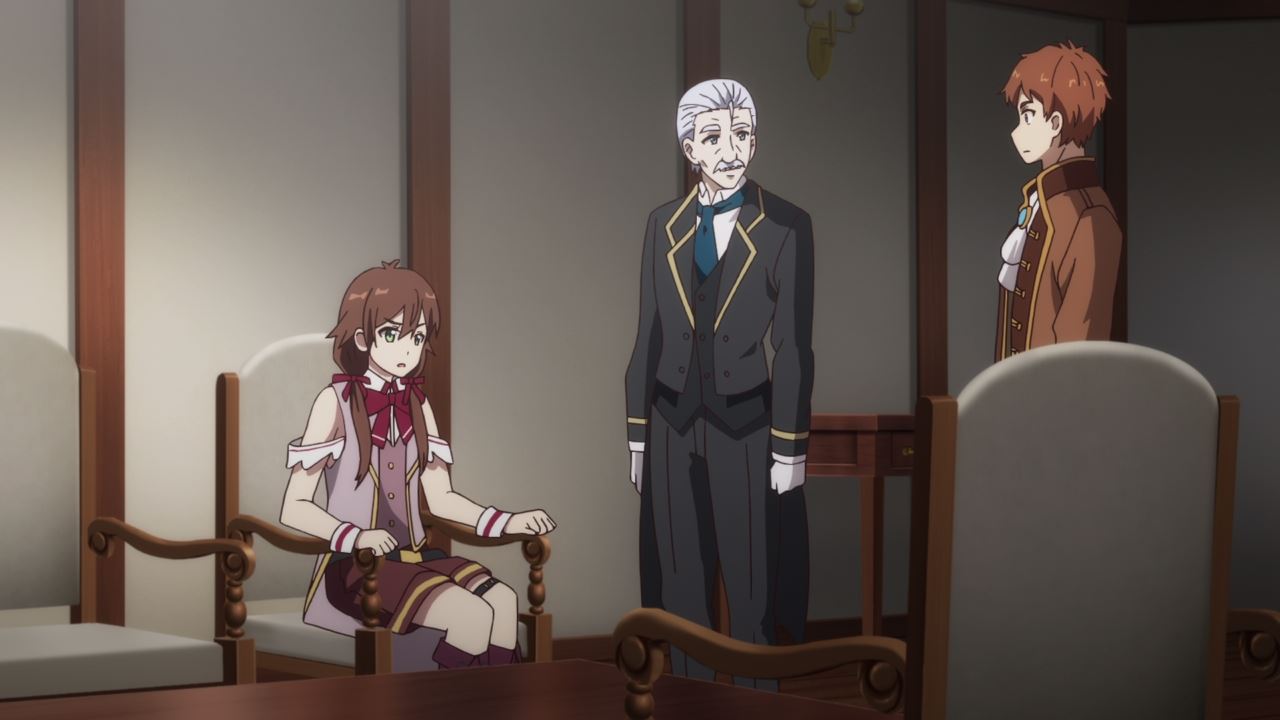 Back at the capital of Van, seems that Roroa Amidonia is convinced that her foolish father will fall down to his high horse now that he failed to invade Elfrieden.

On the other hand, when will the kingdom’s forces arrive in Van as King Kazuya promised to his people that he’ll punish the principality for their barbaric acts? 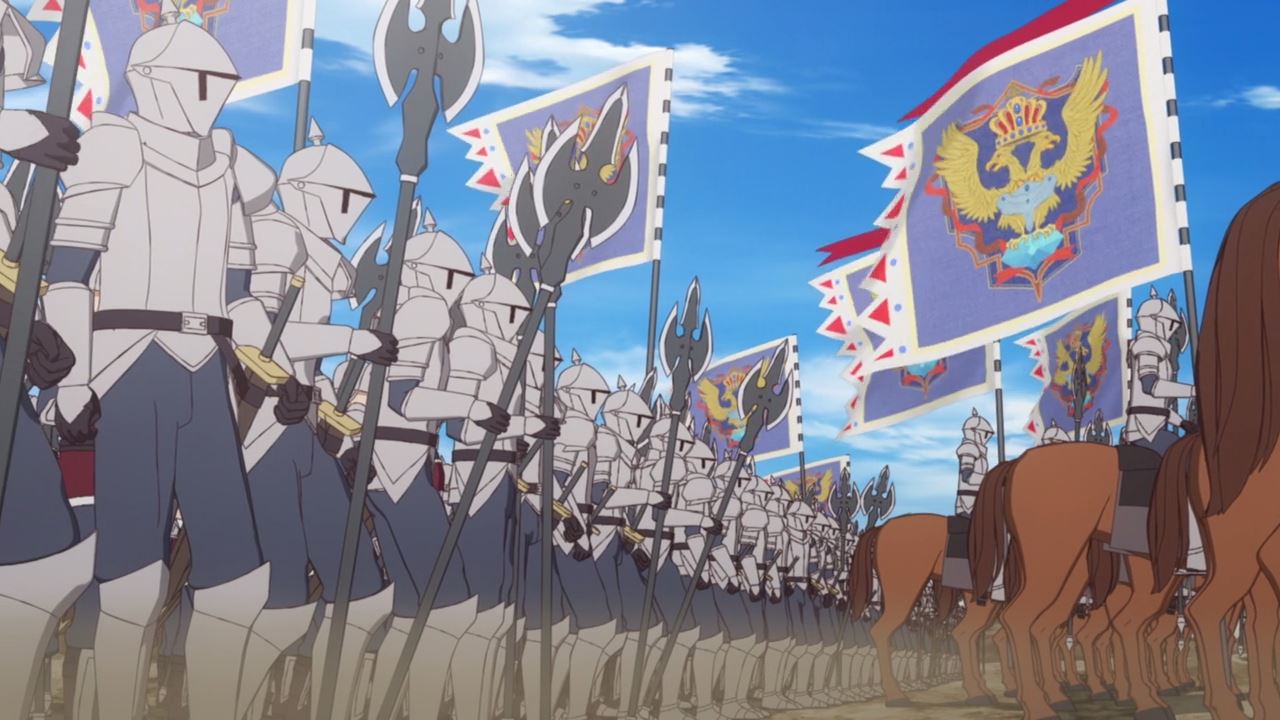 Well, how about now as Elfrieden’s Forbidden Army has arrived in Amidonia, waiting to strike Prince Gaius VIII at any moment. 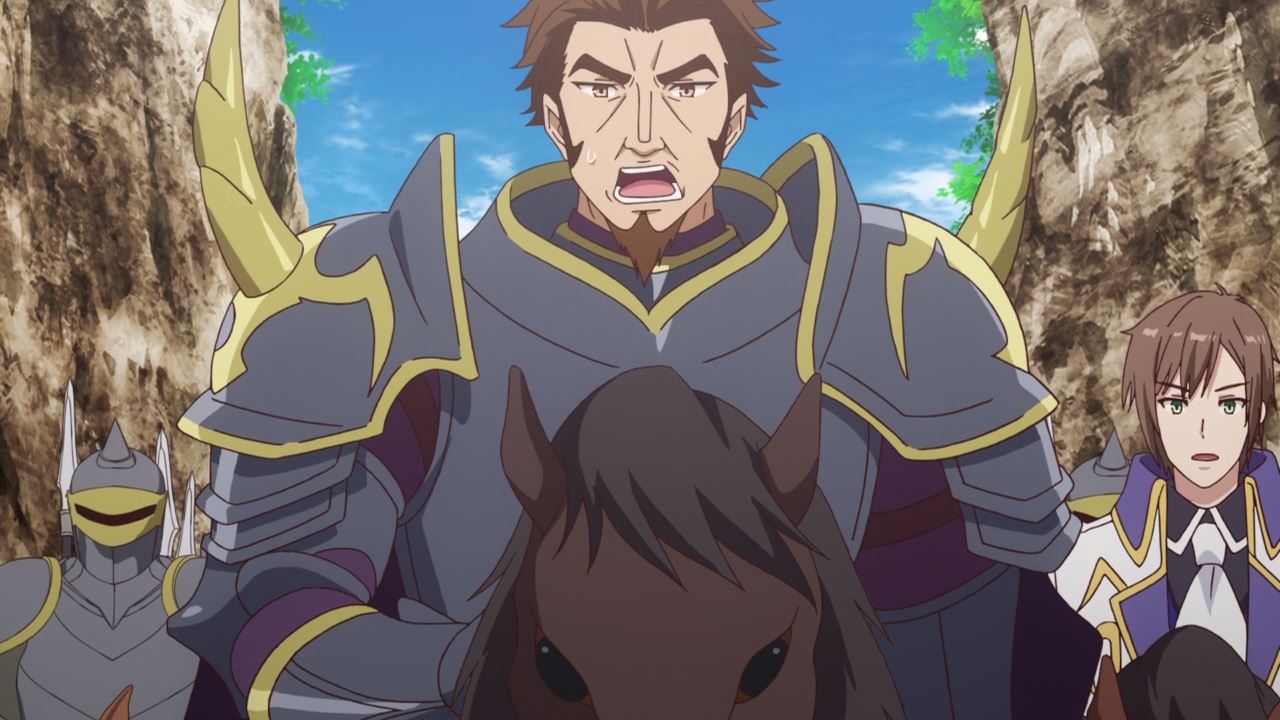 And as for Gaius VIII, he’ll becomes history as the crown prince is about to fight King Kazuya Souma’s Forbidden Army.

Of course, the climax will happen on the next episode so we’ll have to wait for Gaius’ downfall for a week.