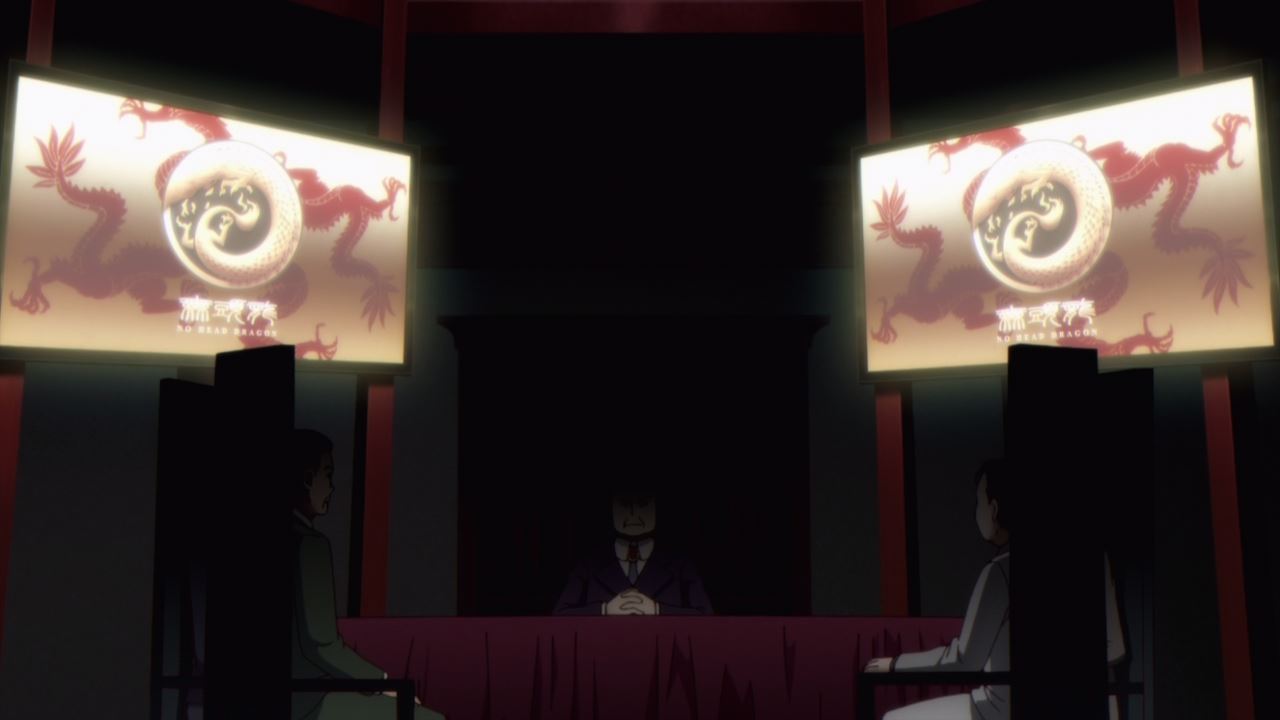 Remember these old folks from the original show? Well, this is No Head Dragon, a criminal organization bent of destroying First High School so that they can have the biggest payout when Third High School wins the Nine Schools Competition.

Of course, Tatsuya Shiba will take care of that criminal organization afterwards. C’mon, they pick up the wrong magician to mess with! 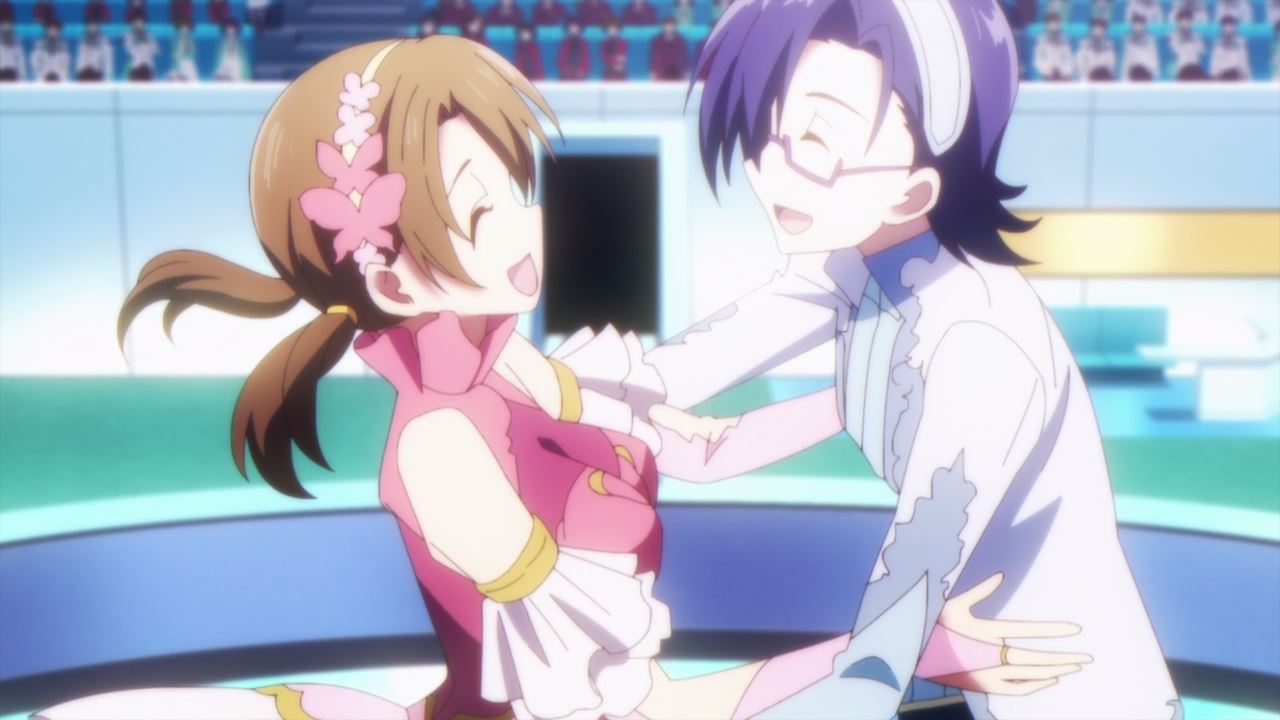 Honestly, No Head Dragon should have derailed every event just to let the other school win overall, but they’re too scared that their cover will be blown. 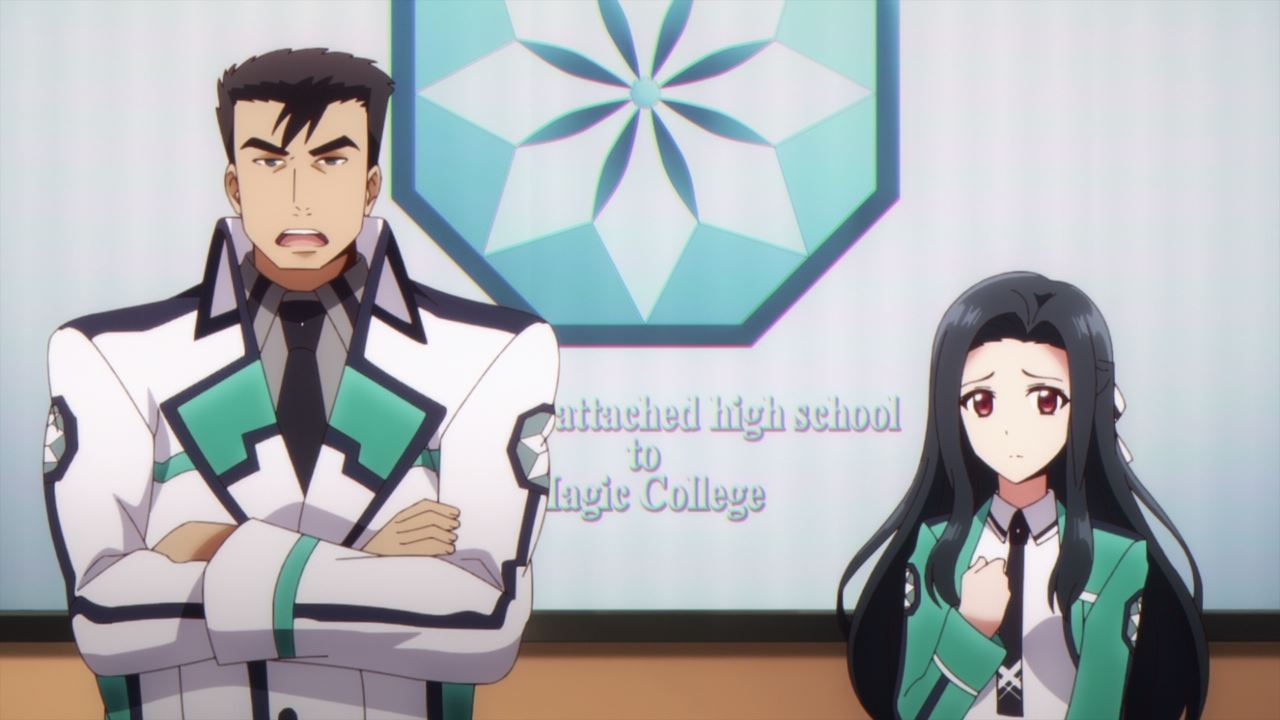 With that said, the committee within First High School has decided to let Tatsuya Shiba, Leonhart Saijou, and Mikihiko Yoshida compete in the Monolith Code as Katsuto Juumonji told Tatsuya to get ready for tomorrow’s event.

It’s a nice decision that Tatsuya and his friends from Course 2 will have the opportunity to compete in the prestigious Nine Schools Competition. And really, they’ll win it for sure! 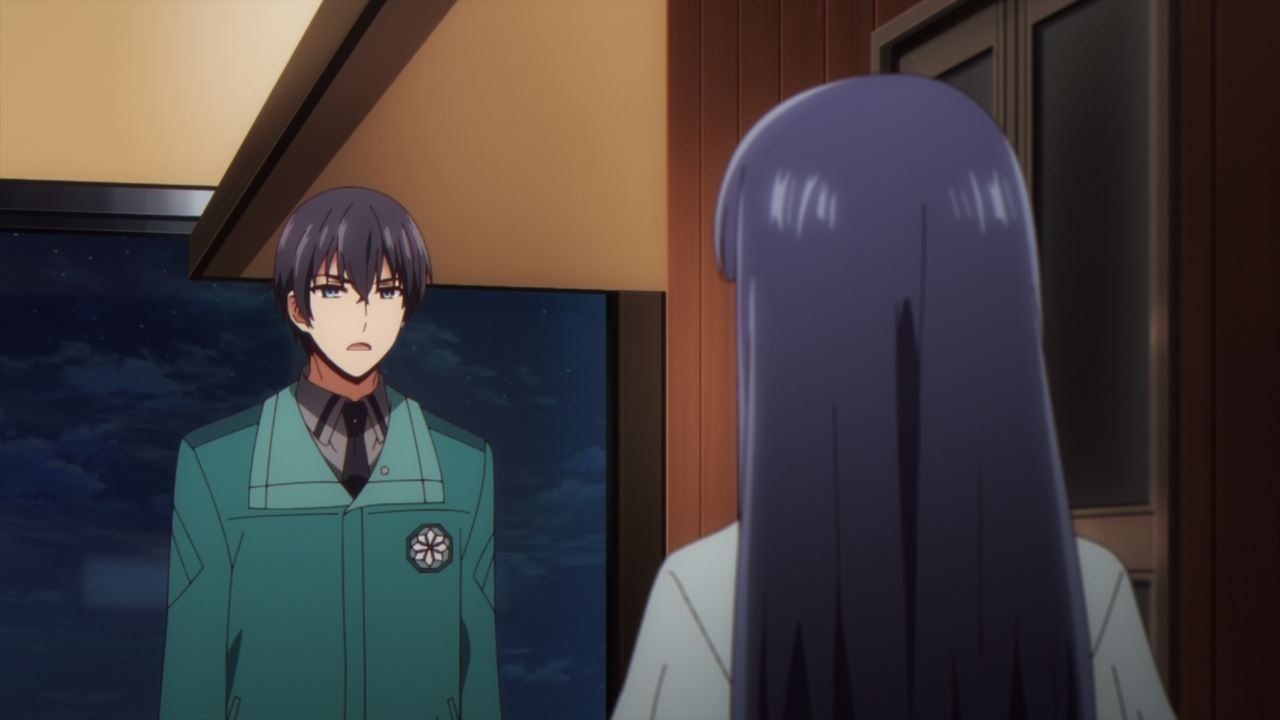 Of course, Tatsuya will be targeted by No Head Dragon as he believes that they’re gonna sabotage the event too.

Then again, he’s too focused on preparing himself for the event, so someone will have to take care of that criminal organization. 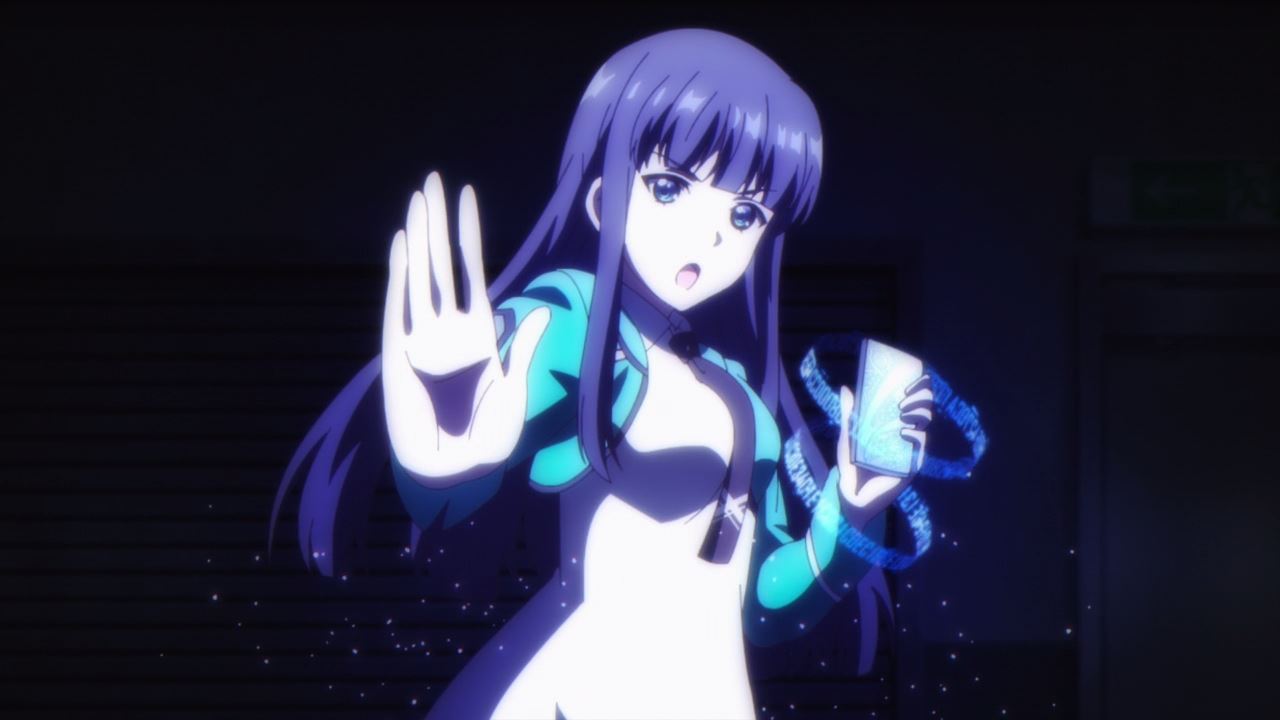 Fortunately, there’s Miyuki Shiba and her friends as they’re gonna repay Tatsuya-niisama by disarming traps set up by No Head Dragon. 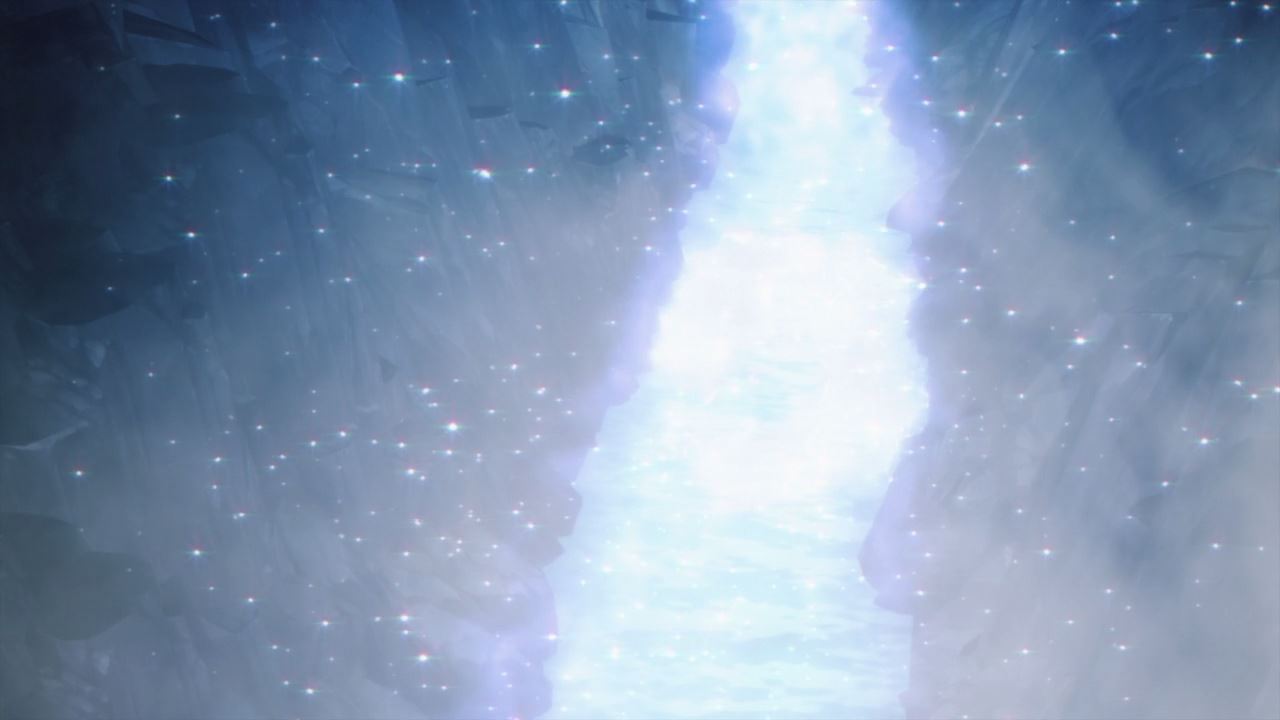 With Honoka Mitsui’s light detection and her ice magic, they managed to stop the flow of spirits within the ley lines, reducing the destructiveness of Masaki Ichijou’s Magic Burst. 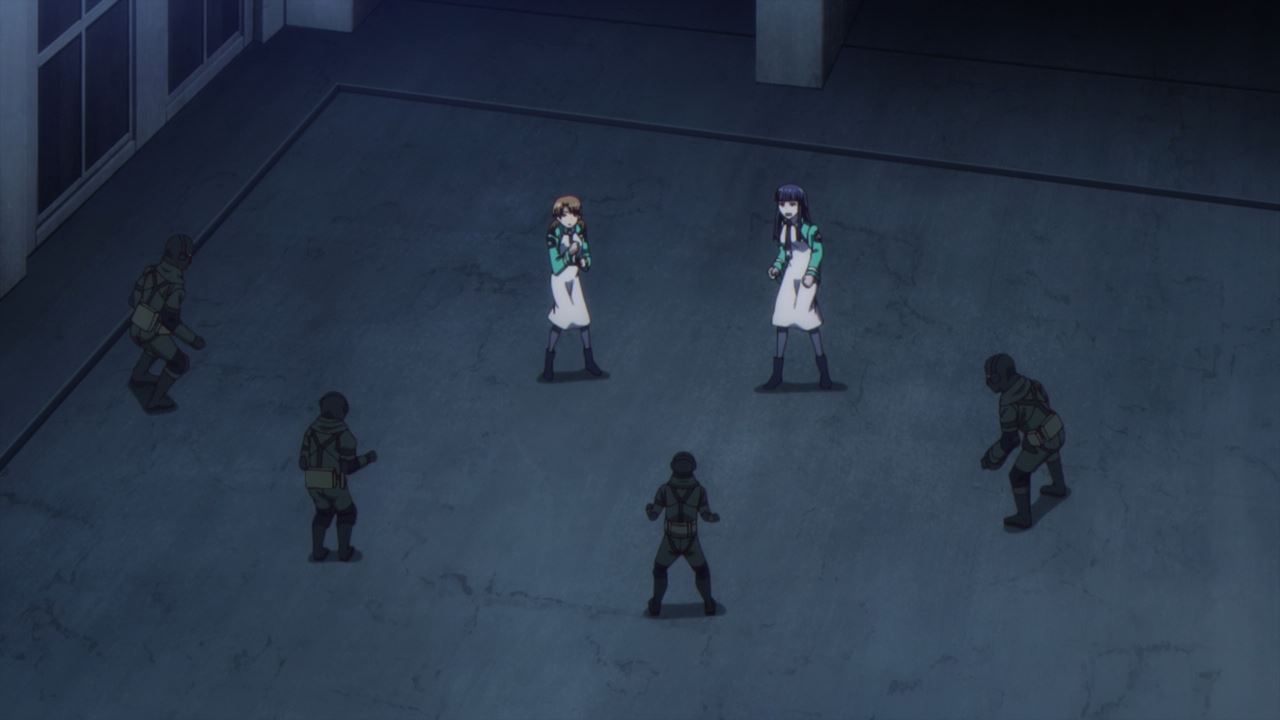 Unfortunately, No Head Dragon are alarmed by Miyuki’s meddling and thus they’ll detain her along with her friends. Um, I think they have a death wish in my opinion. 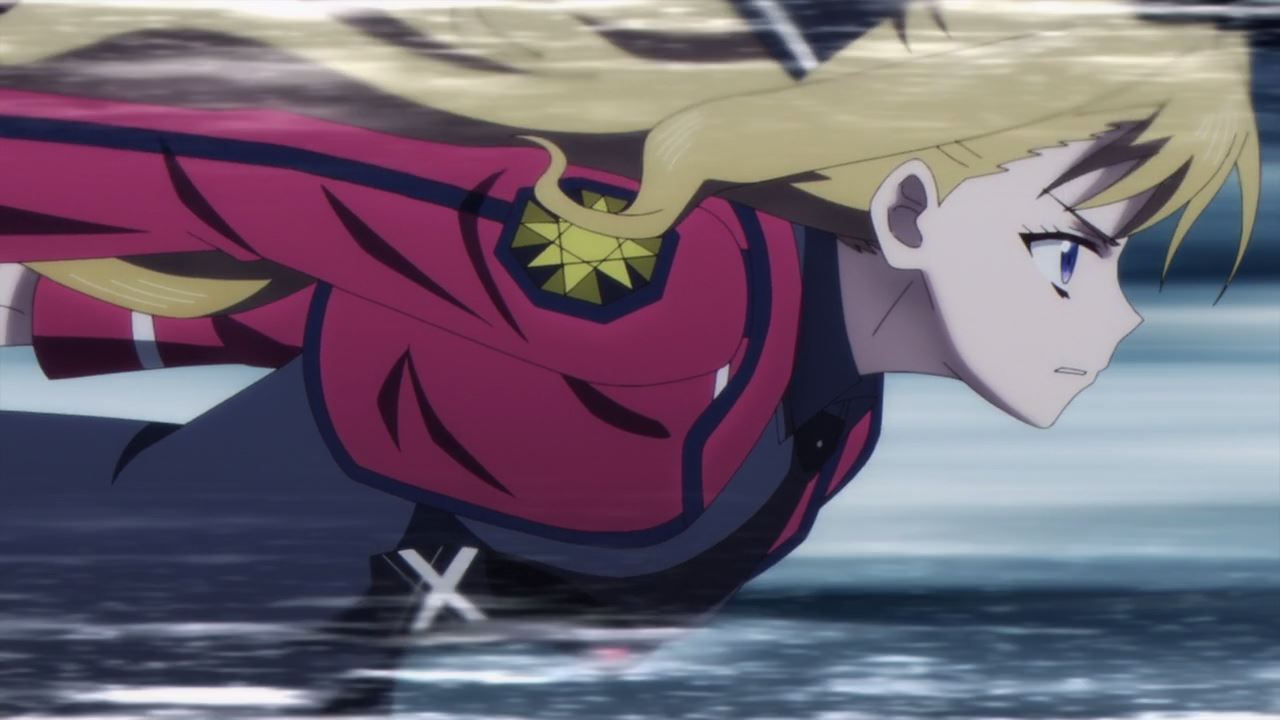 Luckily, there’s company as Airi Isshiki arrived to save the day as they don’t want outside parties to ruin the Nine Schools Competition. 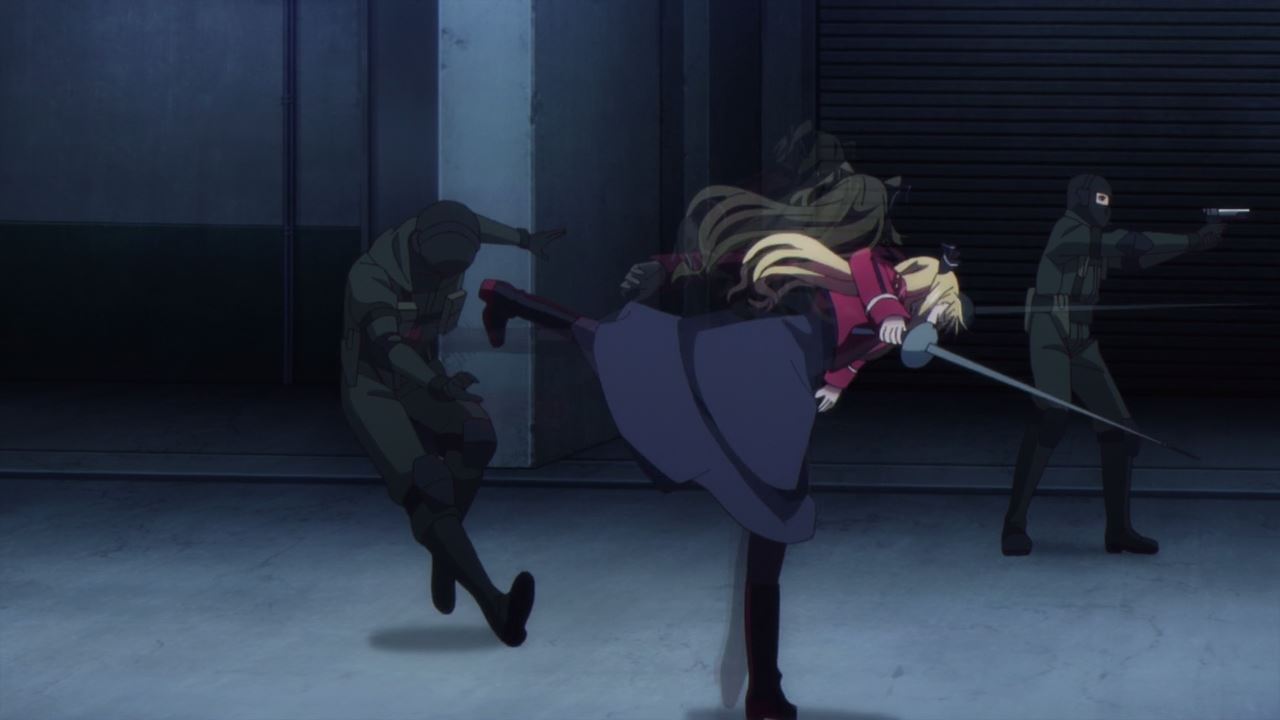 Man, all I can say is that Third High School wants to compete fair and square rather than having a criminal organization sabotage everything for the sake of profit. 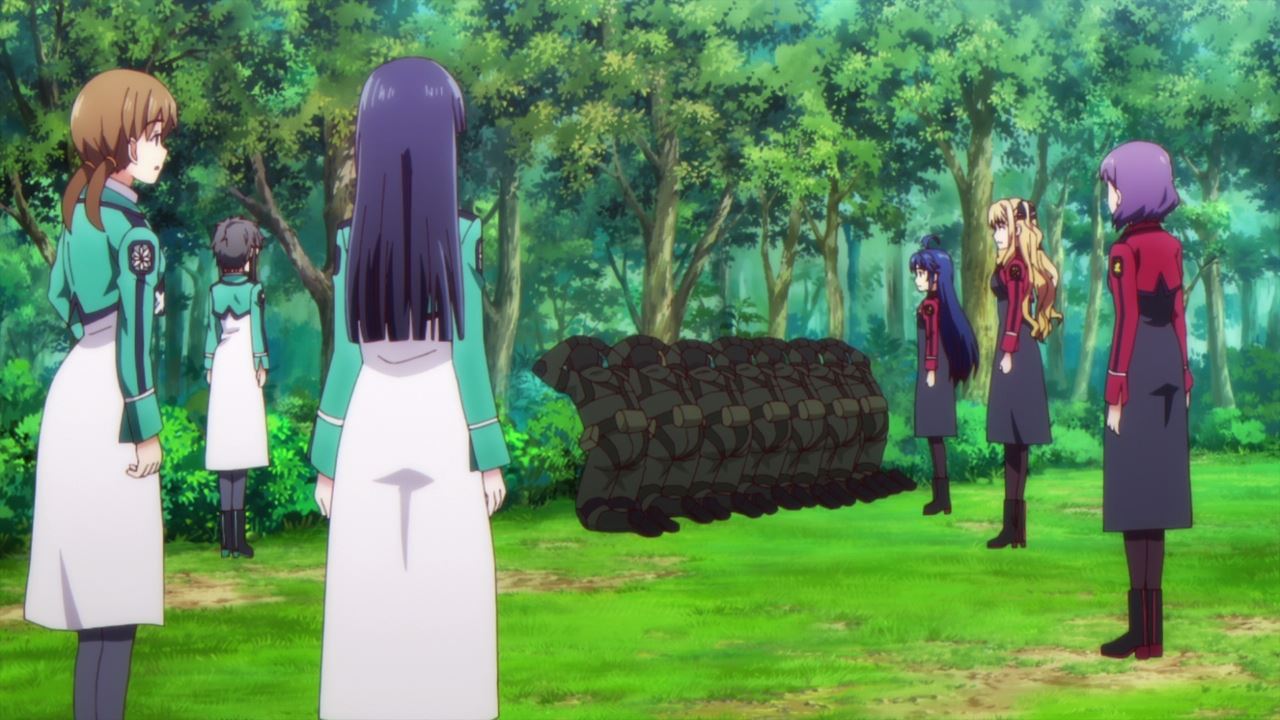 And so, the saboteurs are apprehended thanks to the cooperation between First and Third High School. Of course, Miyuki and the rest can’t deliver justice on their own. 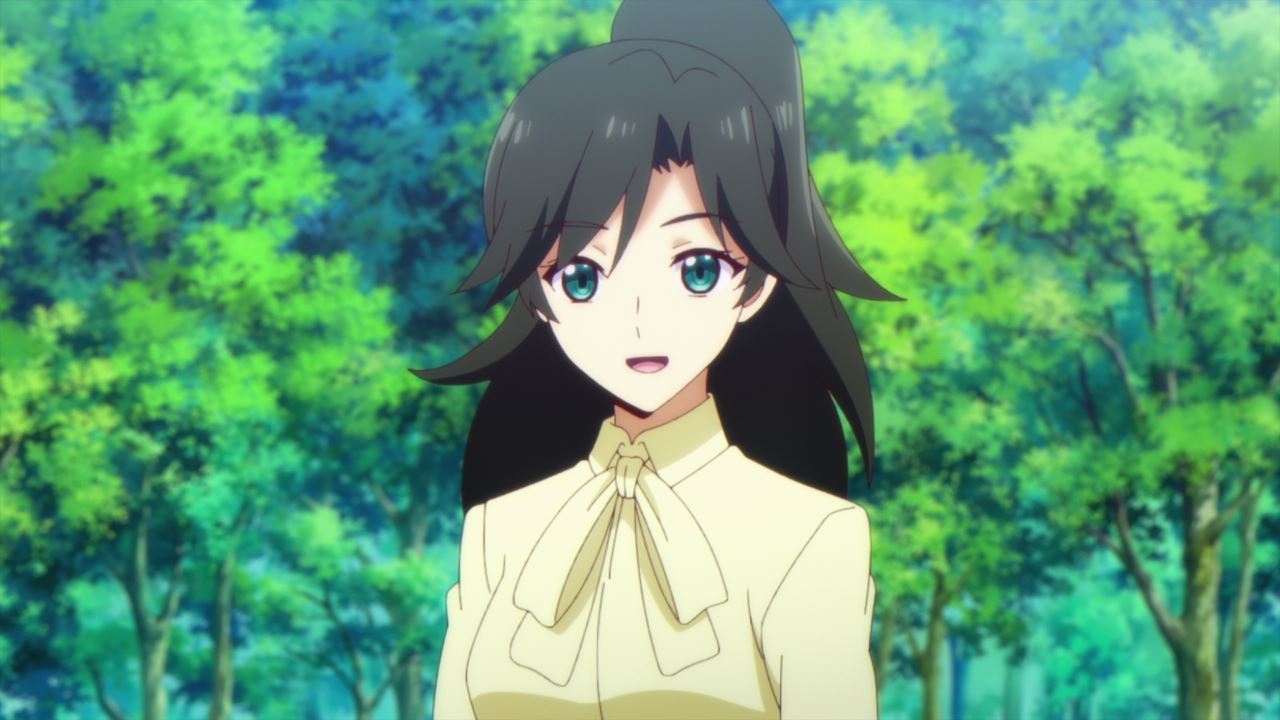 Therefore, it’s up to Kyouko Fujibayashi to handle the dirty work as the military will take care of No Head Dragon. Basically, Miyuki and the rest can finally watch the Monolith Code finals without a hitch. 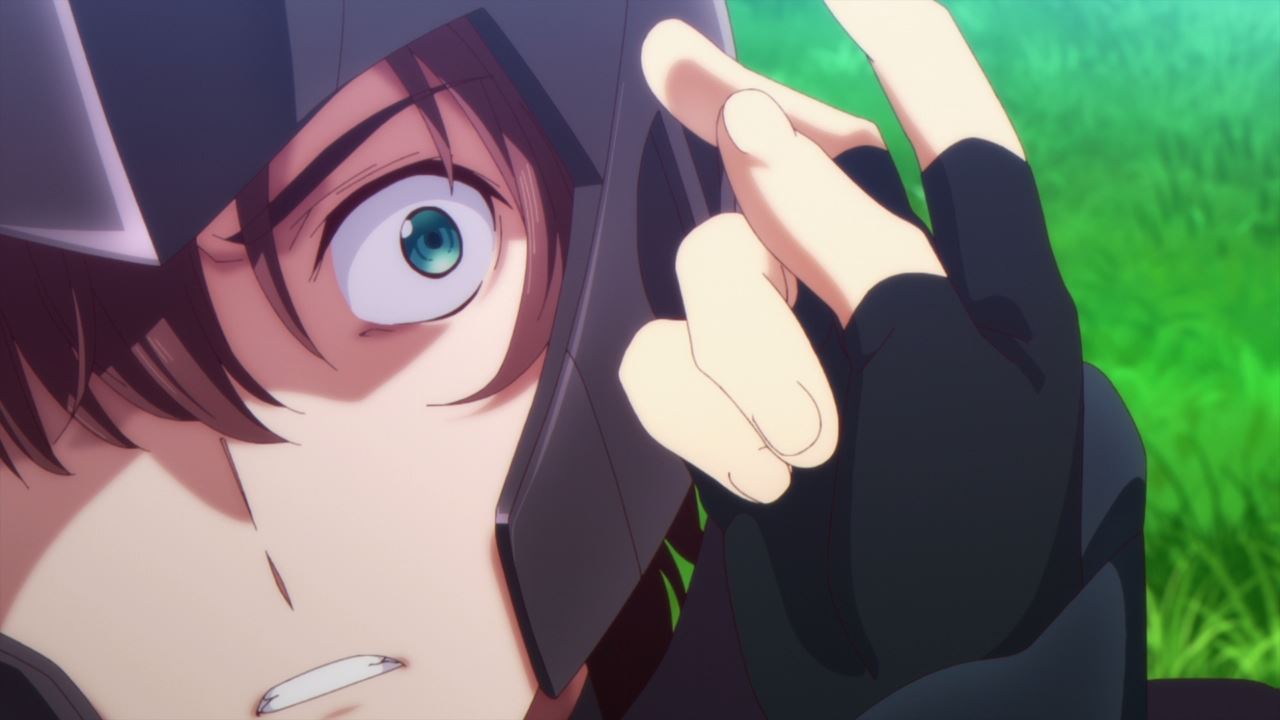 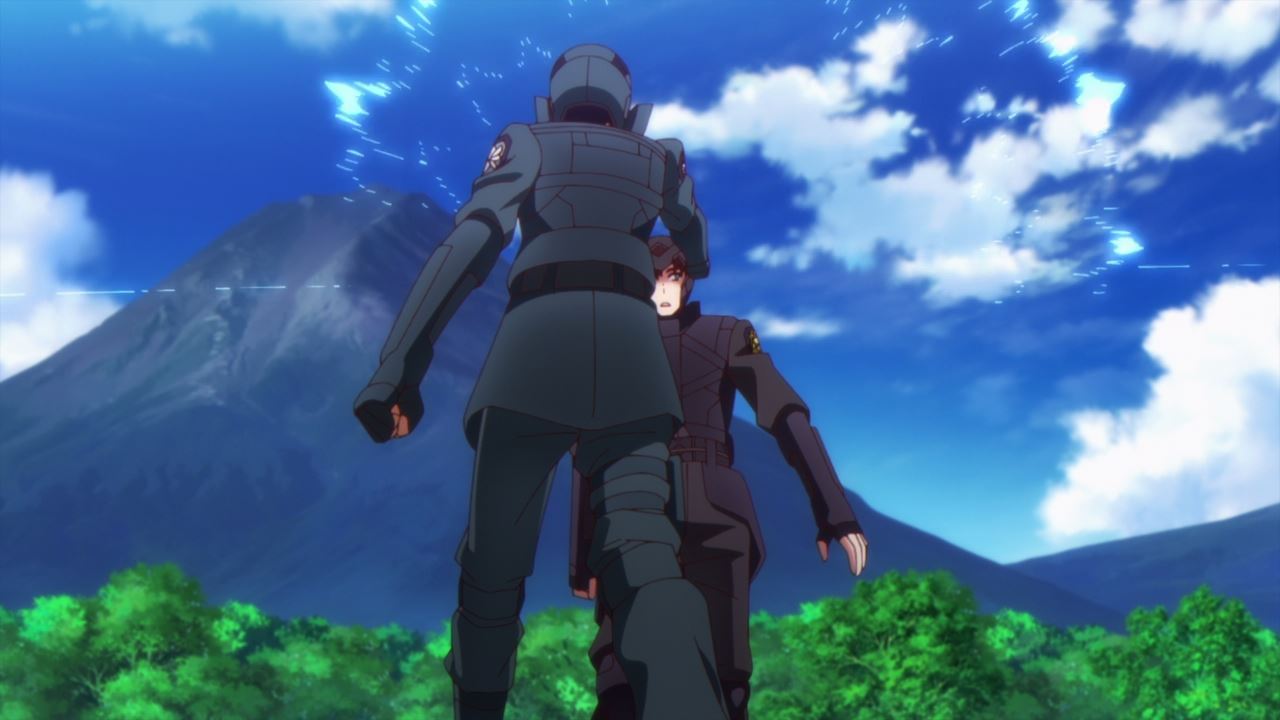 Oh and speaking of the event, let’s say that Tatsuya Shiba defeated Masaki Ichijou with the infamous finger snap of death! Looks like the Crimson Prince is no match for the most OP magician. 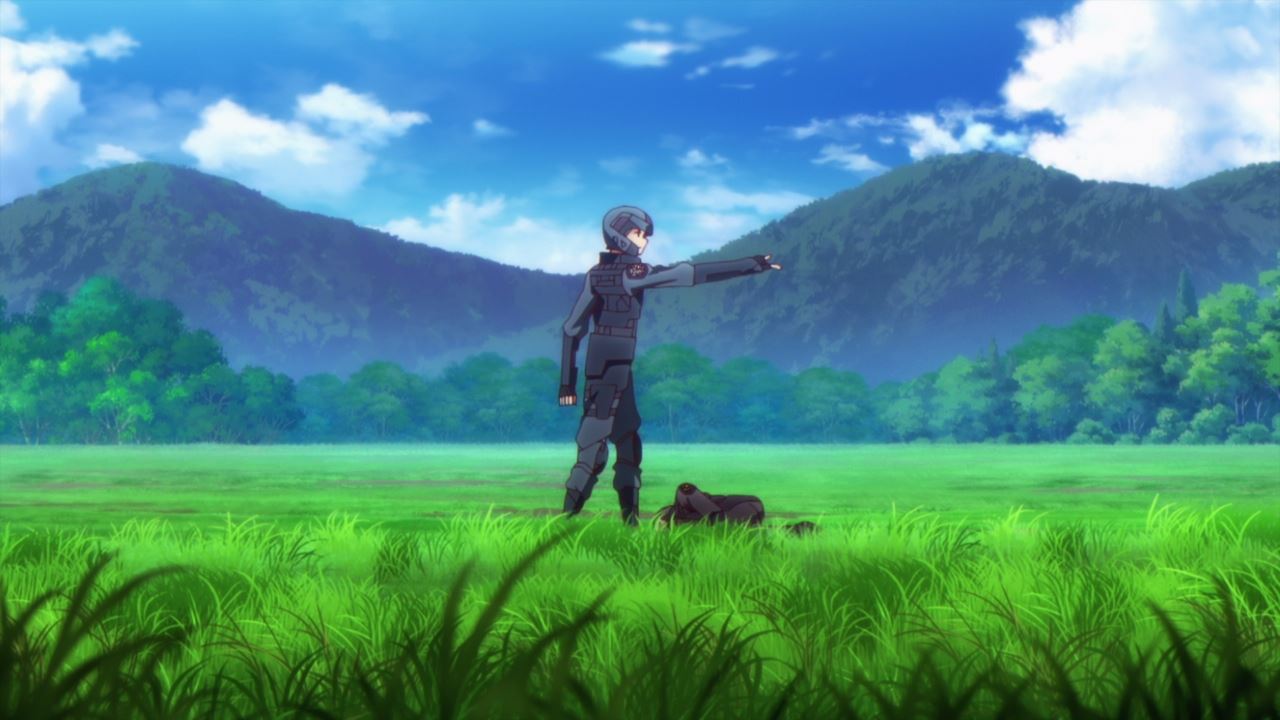 With that said, First High School took the honors at the Monolith Code event, all thanks to Miyuki Shiba and her friends as they managed to stop No Head Dragon’s sabotage plan.

However, the No Head Dragon won’t give up as they’re gonna sabotage the Mirage Bat open tournament. Good luck to that organization ’cause Tatsuya is gonna wreck them hard next time!