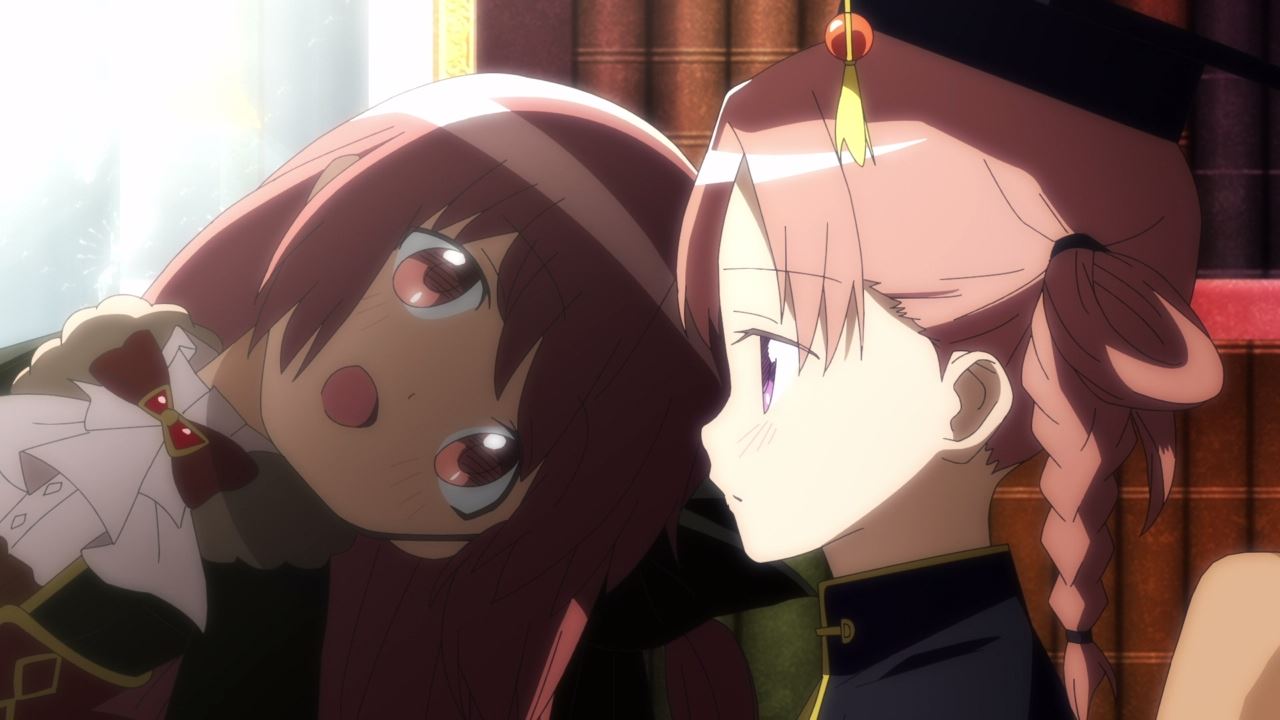 You know something, Touka Satomi is getting more insane as she still insist of releasing Embryo Eve to take on Walpurgisnacht and while Nemu Hiiragi tries to stop her friend, it’s pretty much useless at this point. 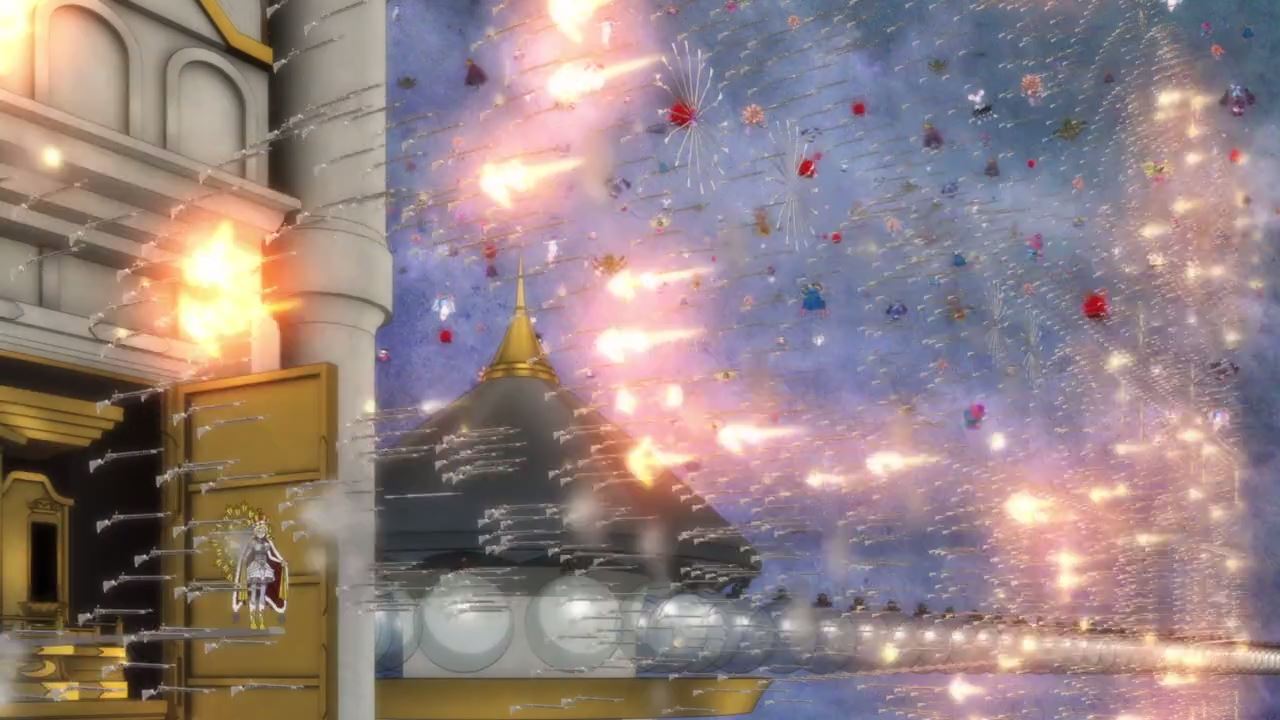 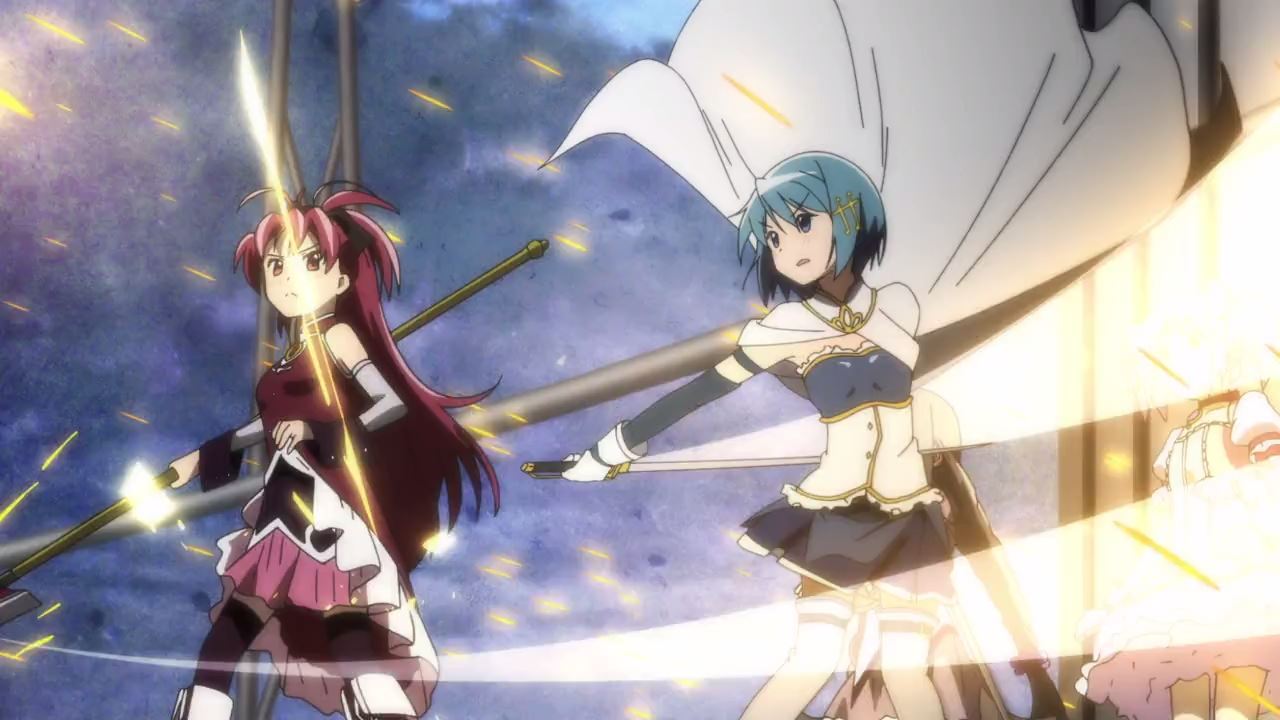 Now let’s move onto the exterior of Hotel Faint Hope or should I say Chelation Land as the remaining magical girls are currently fighting both Tsuruno Yui and Mami Tomoe.

Then again, it’s hard to stop them without resorting to the Doppel System. Heck, combining their powers is not enough to knock them down. 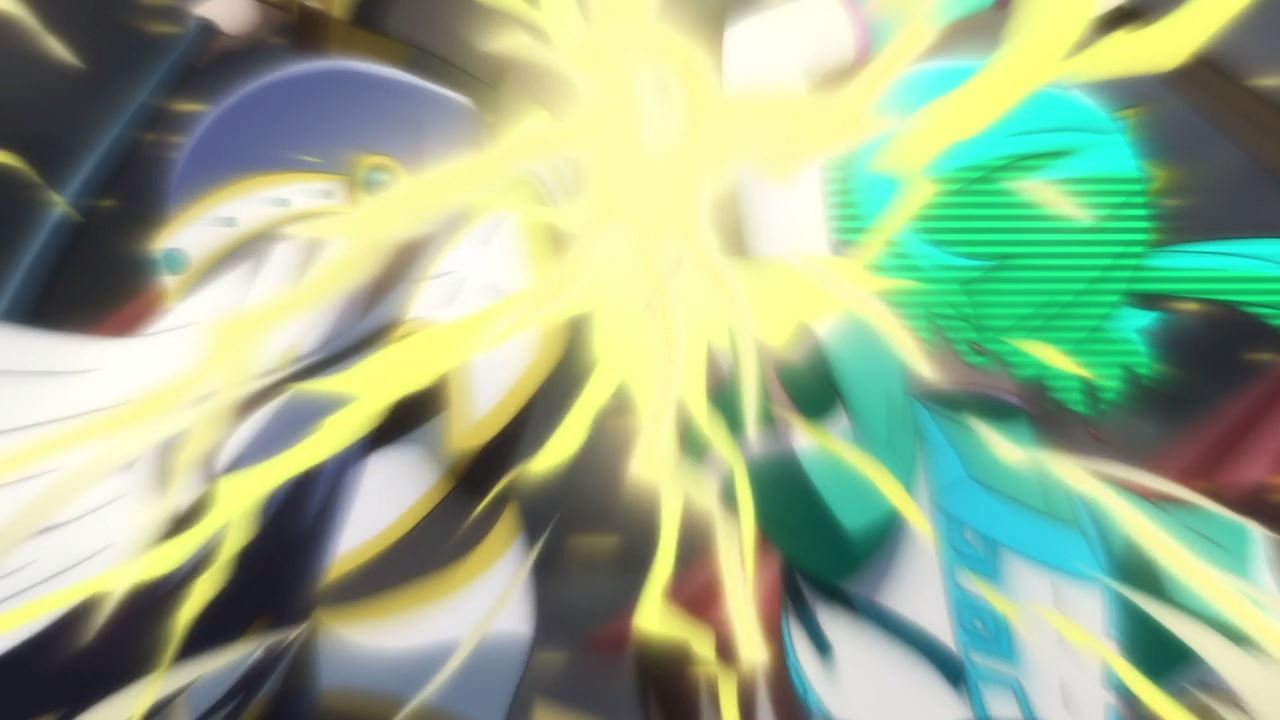 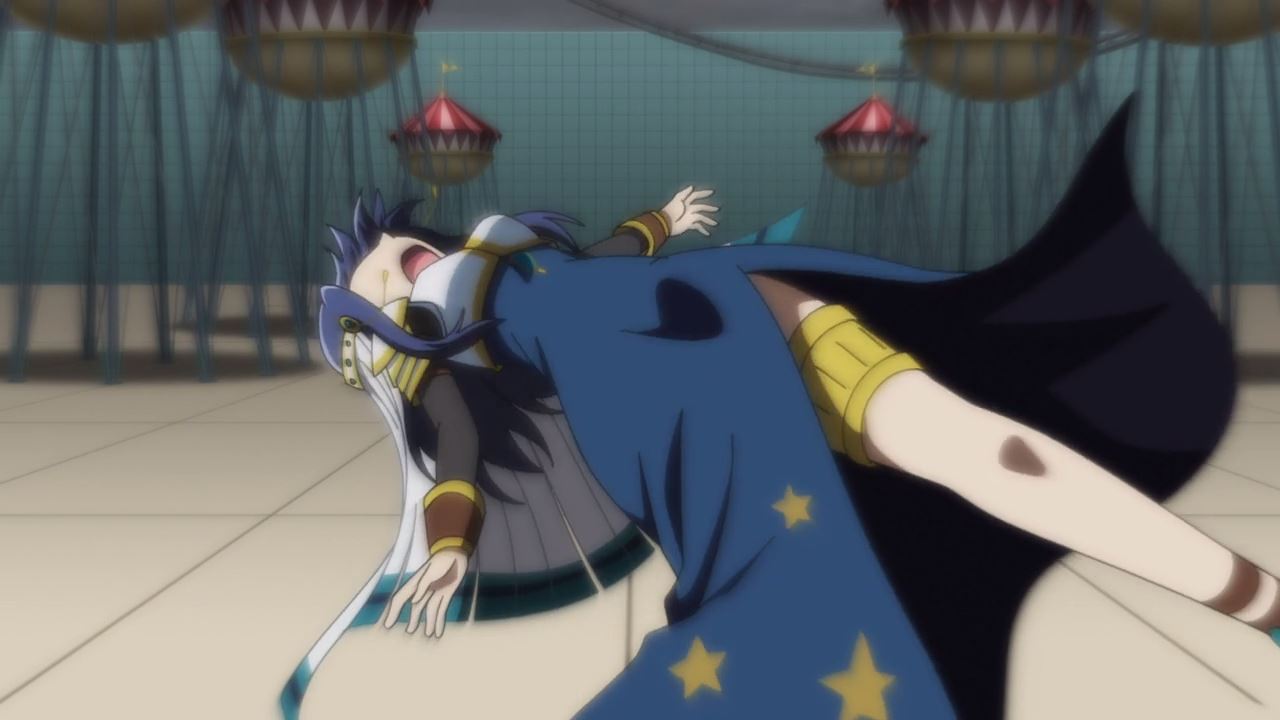 With that said, both Tsuruno and Mami are wrecking their former friends and they might even kill them if both magical girls go overboard. I can’t bear to look at this! 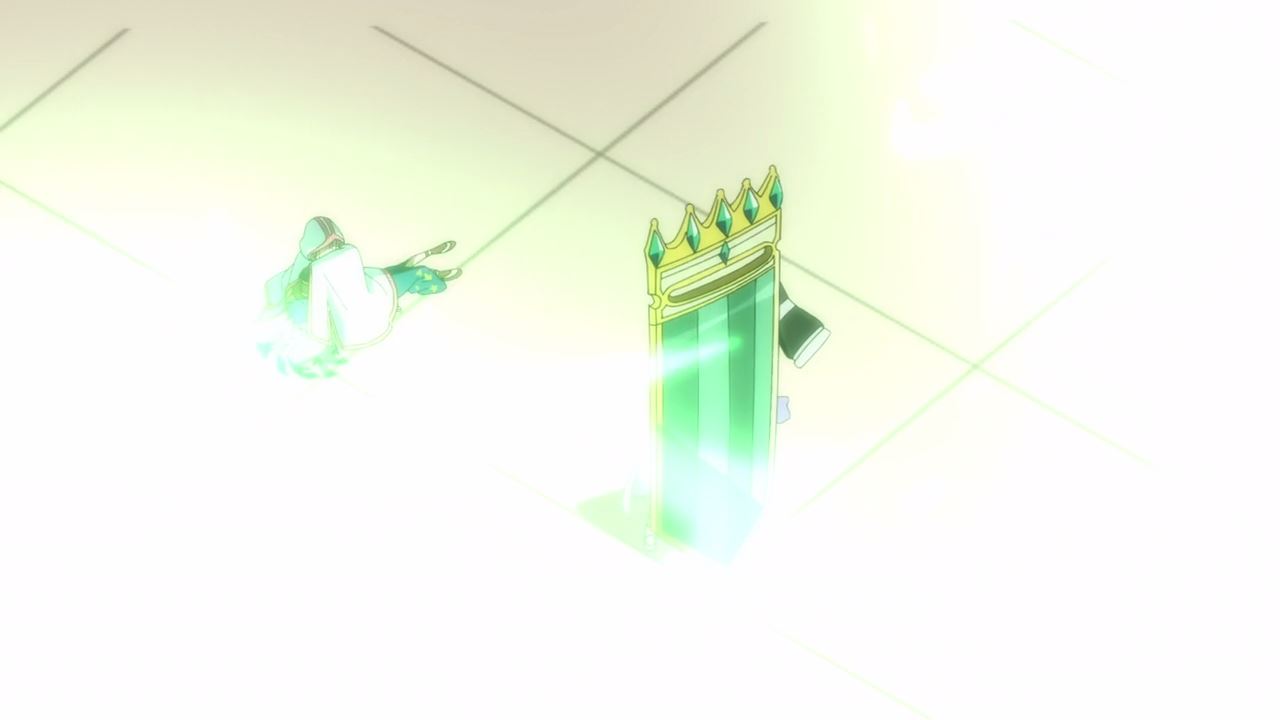 However, hope is not lost as two magical girls arrived to save their friends. And in the nick of time too as Iroha Tamaki and Yachiyo Nanami almost got hit. 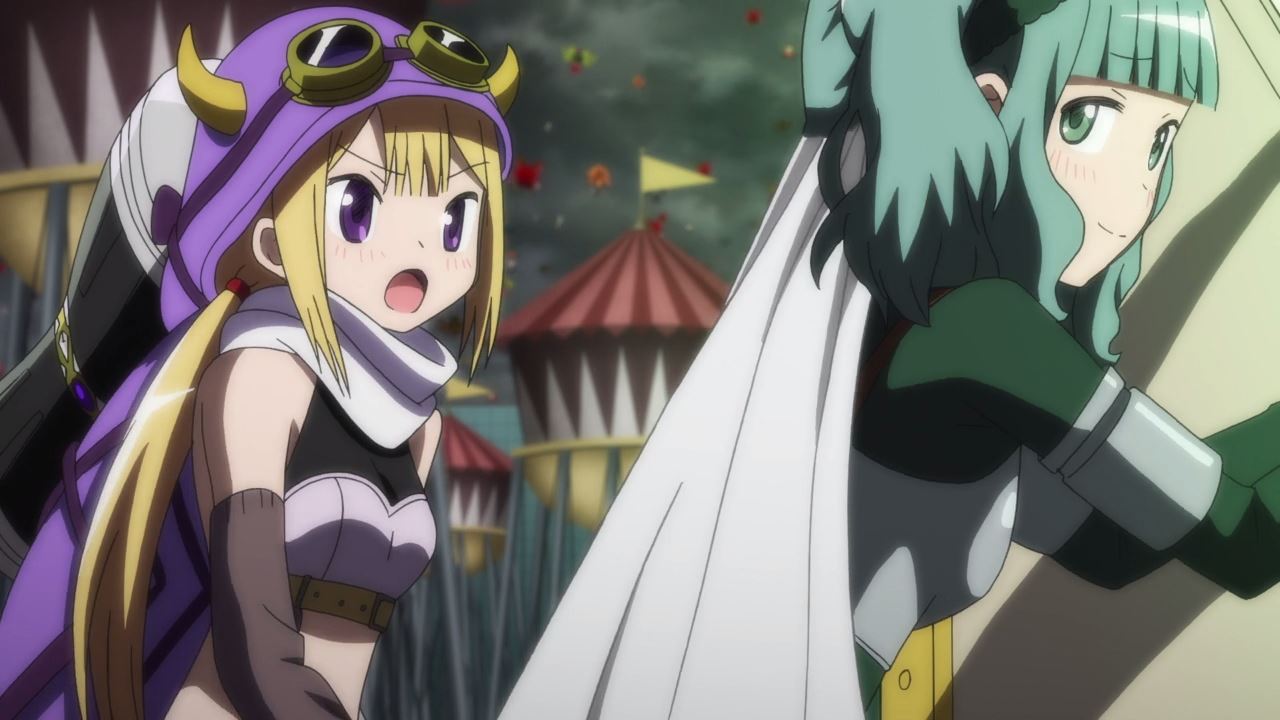 Anyways, say hello to both Sana Futaba and Felicia Mitsuki as they’re surprised to see both Iroha and Yachiyo alive.

Unfortunately, they need to find a safe place and recover as Iroha and the rest must find a way to stop them. Seriously, how come Mami and Tsuruno are so unfazed as it’s difficult for them to return to normal. 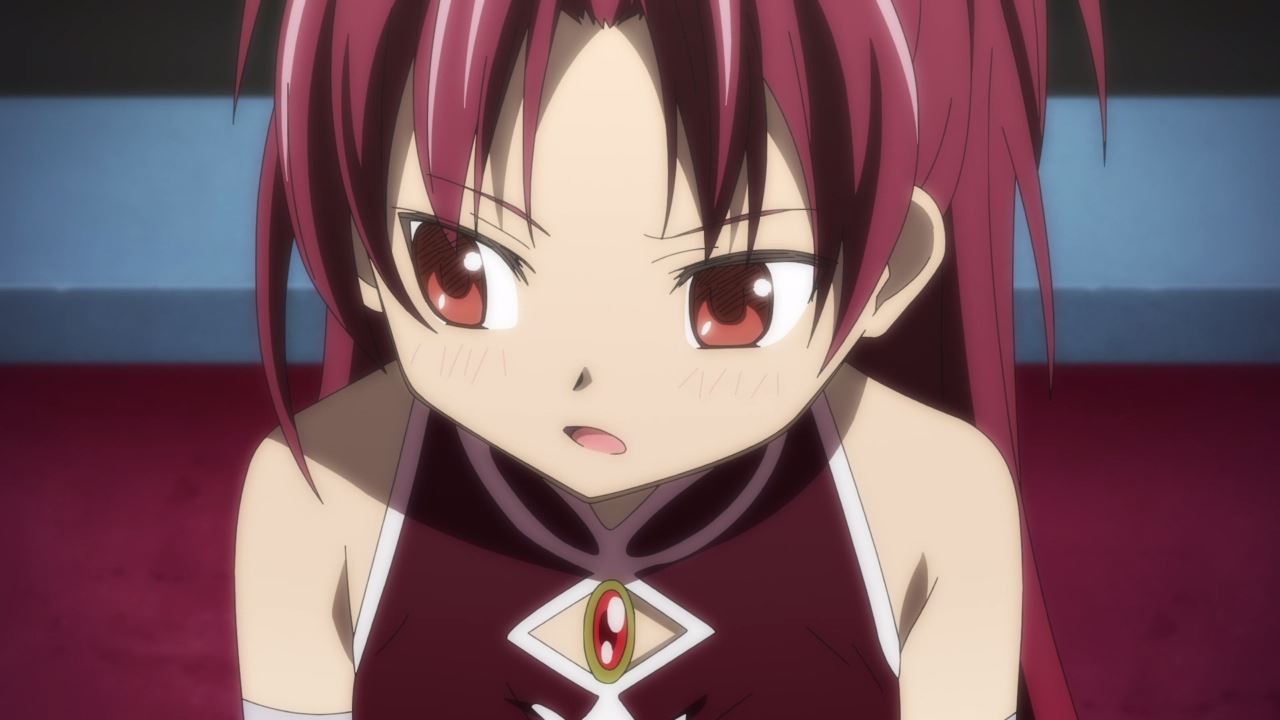 Well, there’s one magical girl who can explain it as Kyouko Sakura told them about the time both Touka Satomi and Nemu Hiiragi tamper Soul Gems with Uwasas. 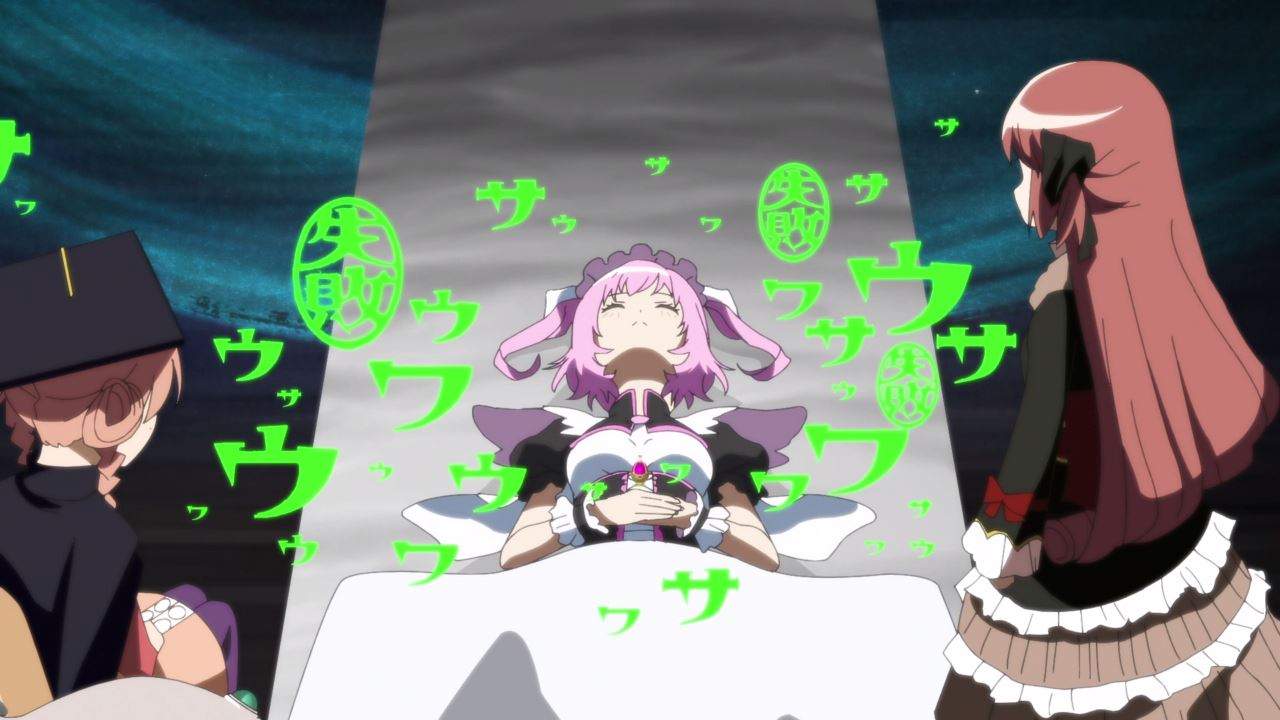 And really, aside from creating the largest artificial witch that’s hiding in Hotel Faint Hope, they’re truly despicable when it comes to modifying magical girls in order to become stronger.

Sure that Nemu Hiiragi regrets it, but Touka Satomi is still unrepentant for her actions which she’ll receive further consequences in the future. 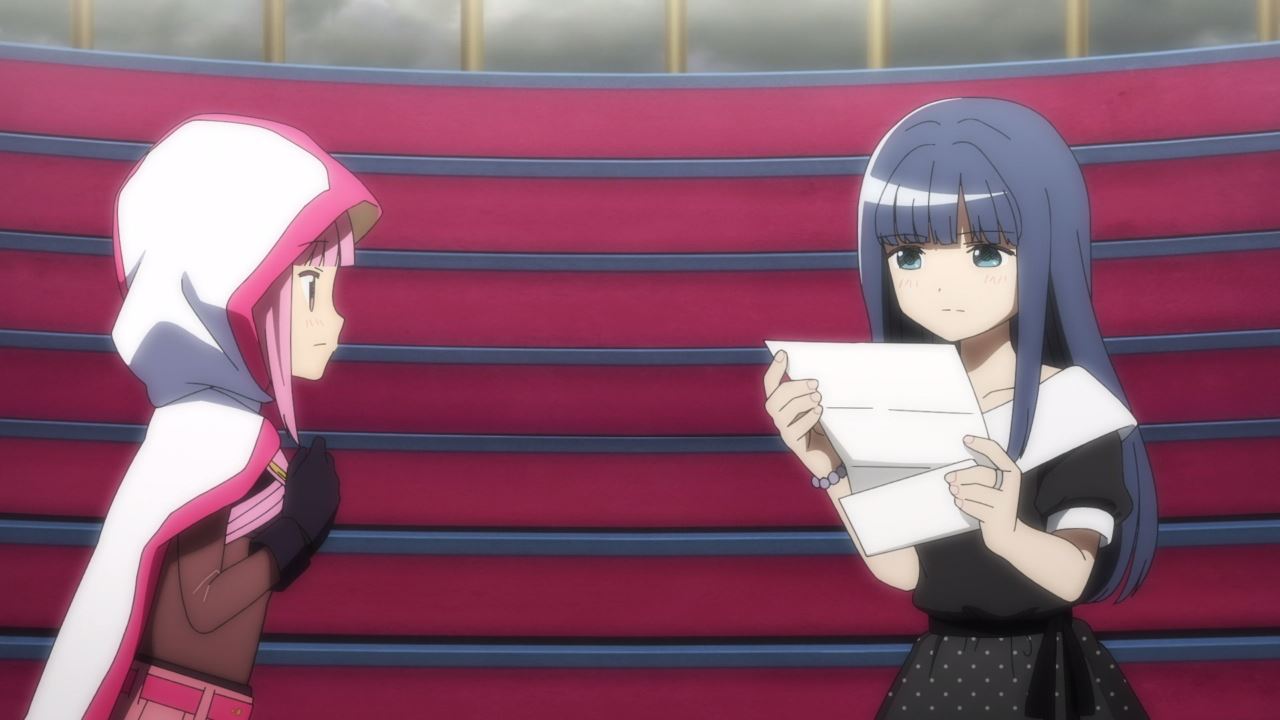 Anyways, Mifuyu stated in the letter that there’s a way to turn them back to normal. However, it’s very tricky to pull it off and this method came from Mitama Yakumo. Of course, convincing the coordinator to spill the beans is difficult. 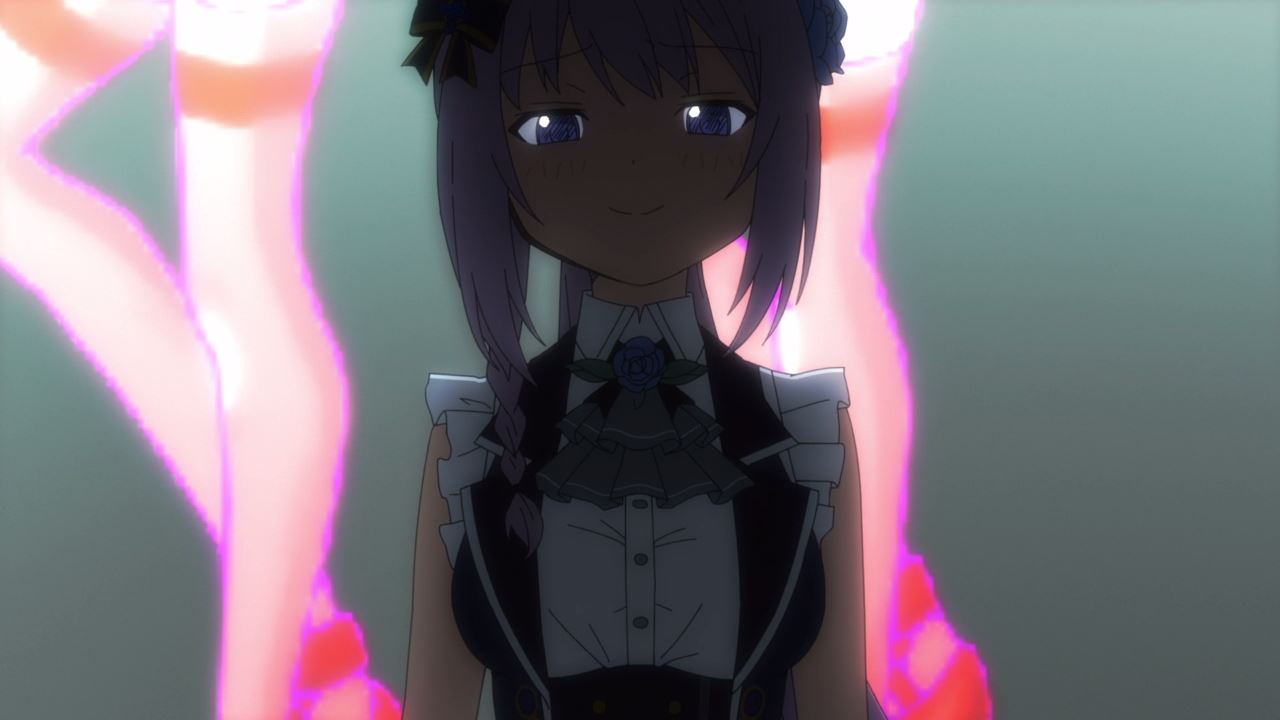 You see, Mitama Yakumo doesn’t want to help magical girls directly is because of her trauma. Also, her life as a magical girl already took a dark turn as Mitama lost hope. 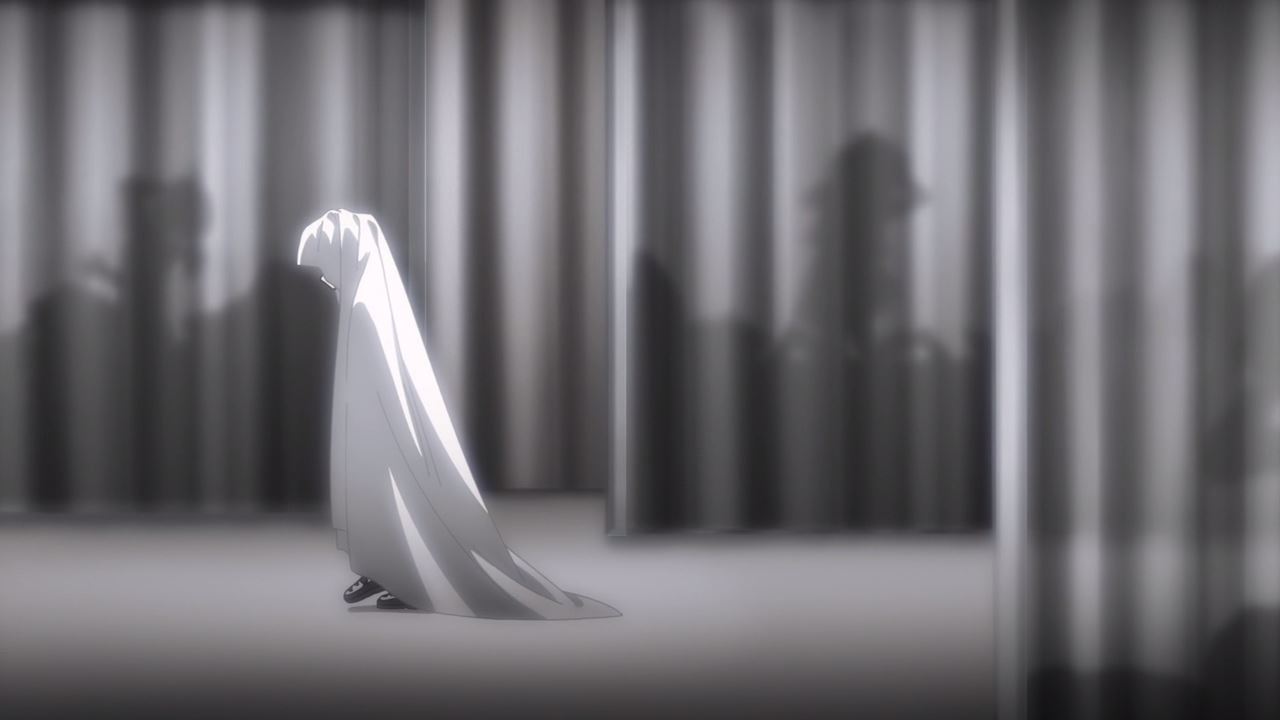 In any case, rather than helping fellow magical girls, Yakumo watches them suffer as she’s scared that helping these girls might not be helpful in the long run. Worse, Mitama might kill them if things went south.

With that said, Mitama Yakumo went through a lot as she saw magical girls succumbing to despair. Thus, she began her new career as the coordinator and stuck to her job ever since. 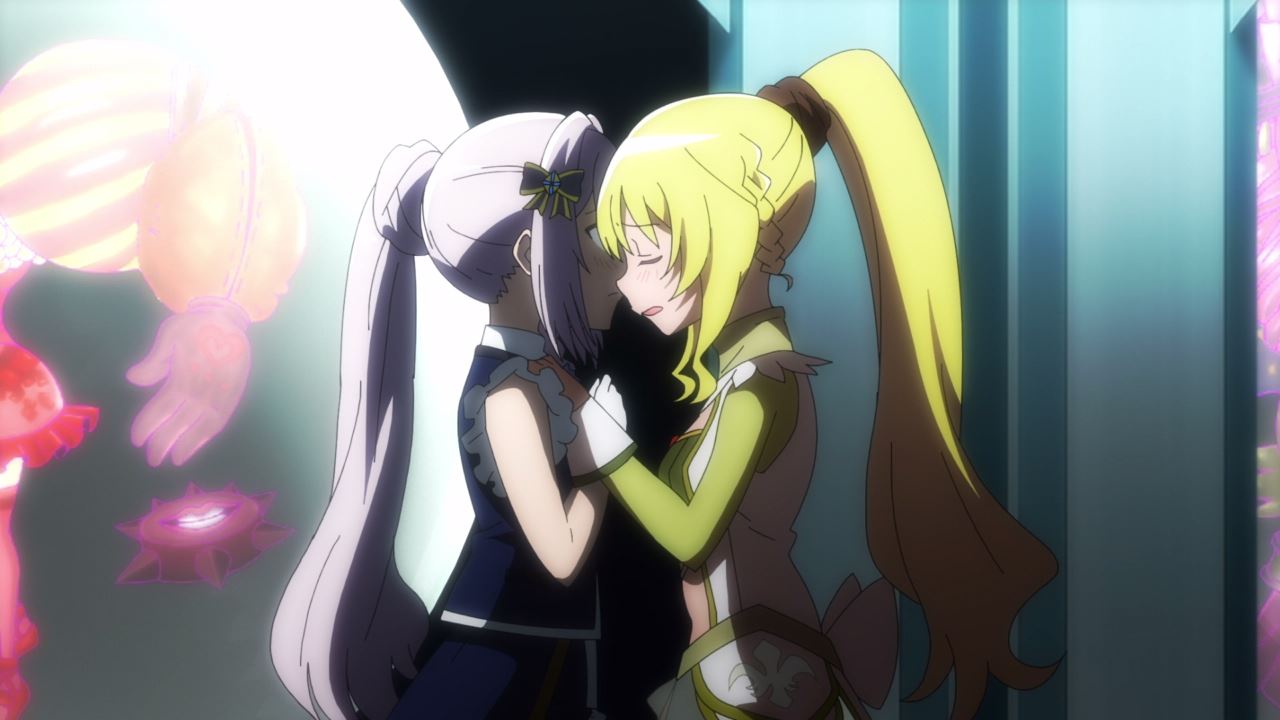 Now while Togame somewhat forgive Yakumo, I wonder what will be Mitama’s next course of action? Is she gonna try to save magical girls from being stuck in their Doppel form? 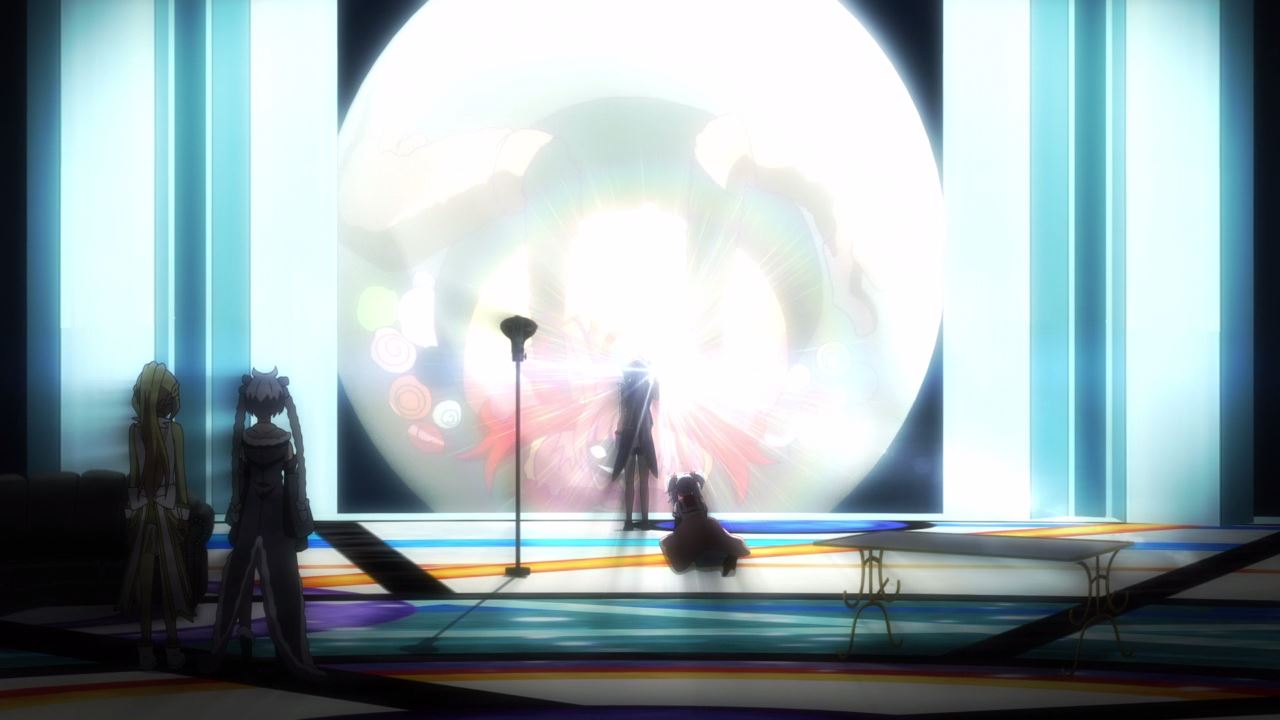 Well, the coordinator will try to save one of the magical girls by connecting their hearts. Yes, that’s the method of saving both Tsuruno Yui and Mami Tomoe. 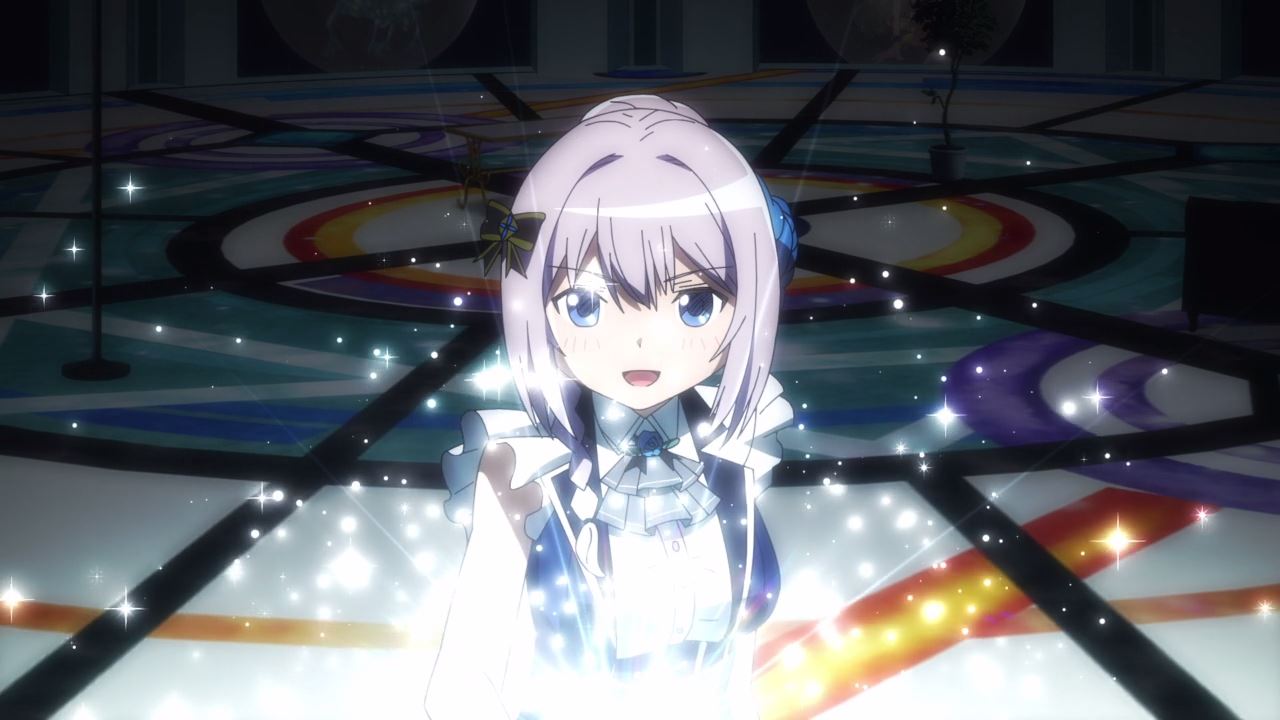 But as for Mitama Yakumo, I’m not sure if connecting Kaede Akino’s heart to revert her Doppel transformation will work as I haven’t seen the result. 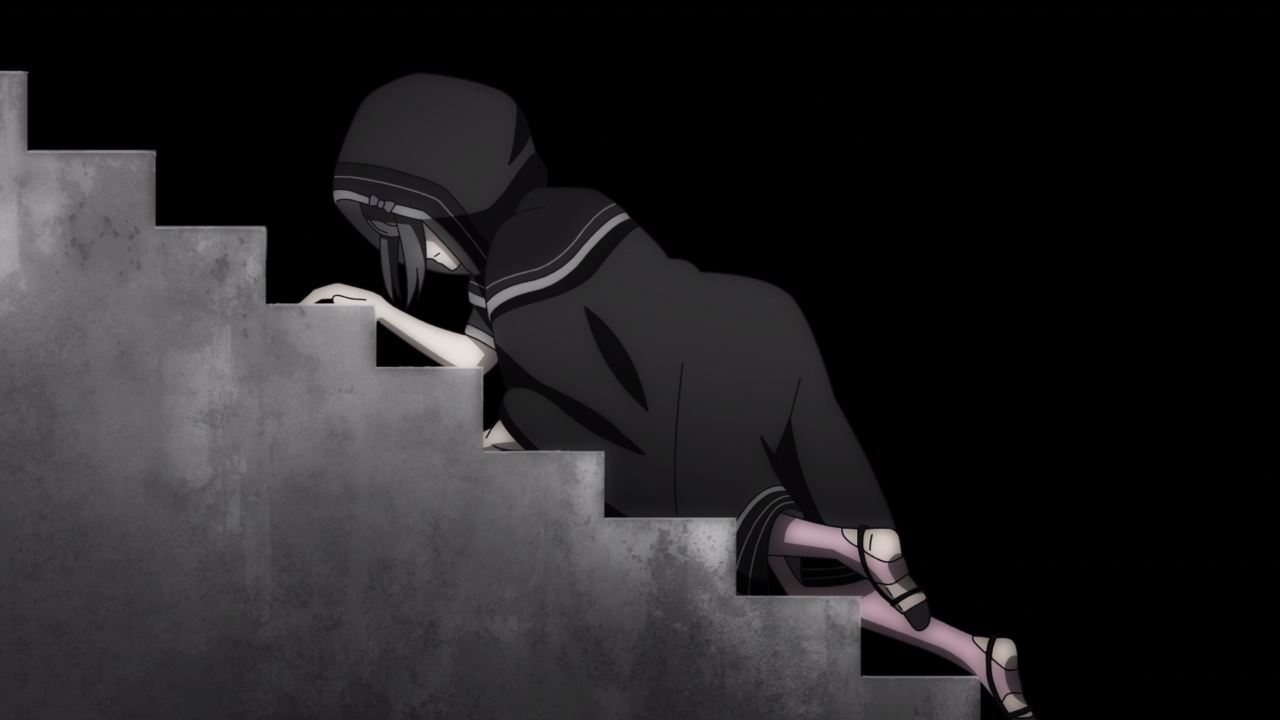 Meanwhile, here’s Kuroe where she’s still struggling to get out of Hotel Faint Hope. Seems that the voices inside Kuroe’s head are still calling to her. 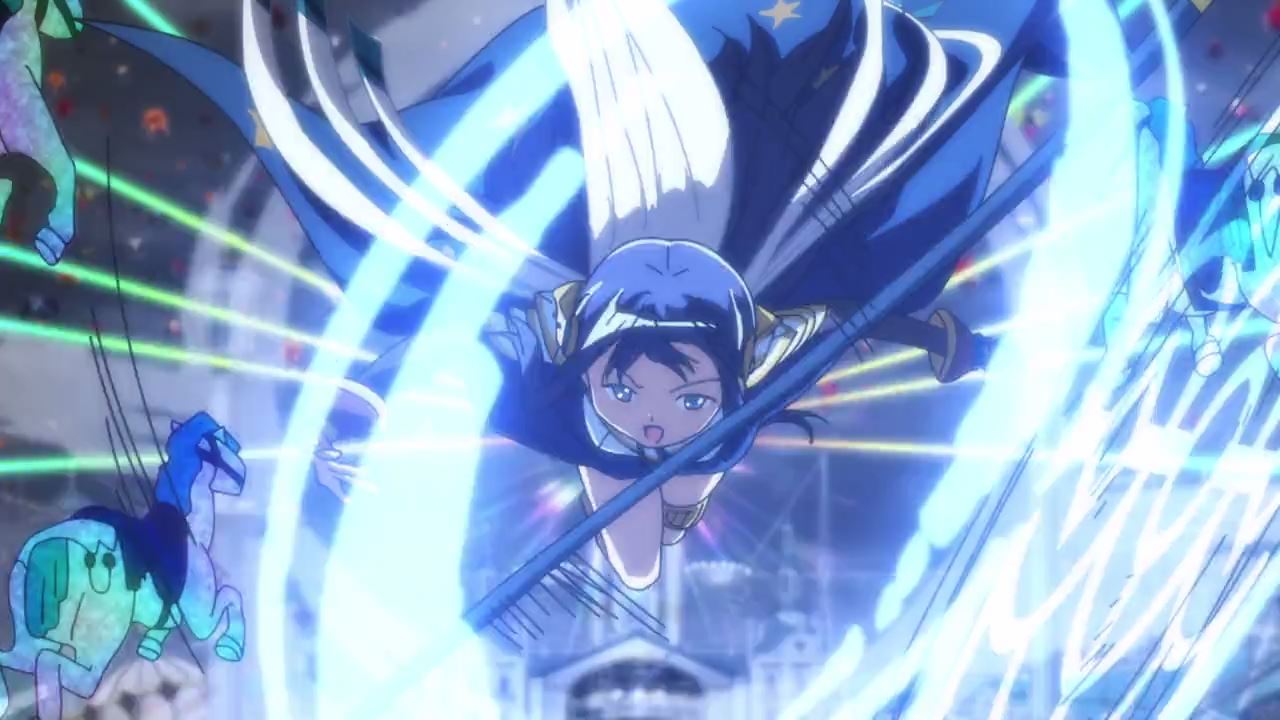 But let’s return to Yachiyo Nanami and her friends as they’re about to use Mitama’s method on both Mami and Tsuruno.

Now the chances of returning them to normal is 50/50, but Yachiyo will make it work. Better than not doing it at all! 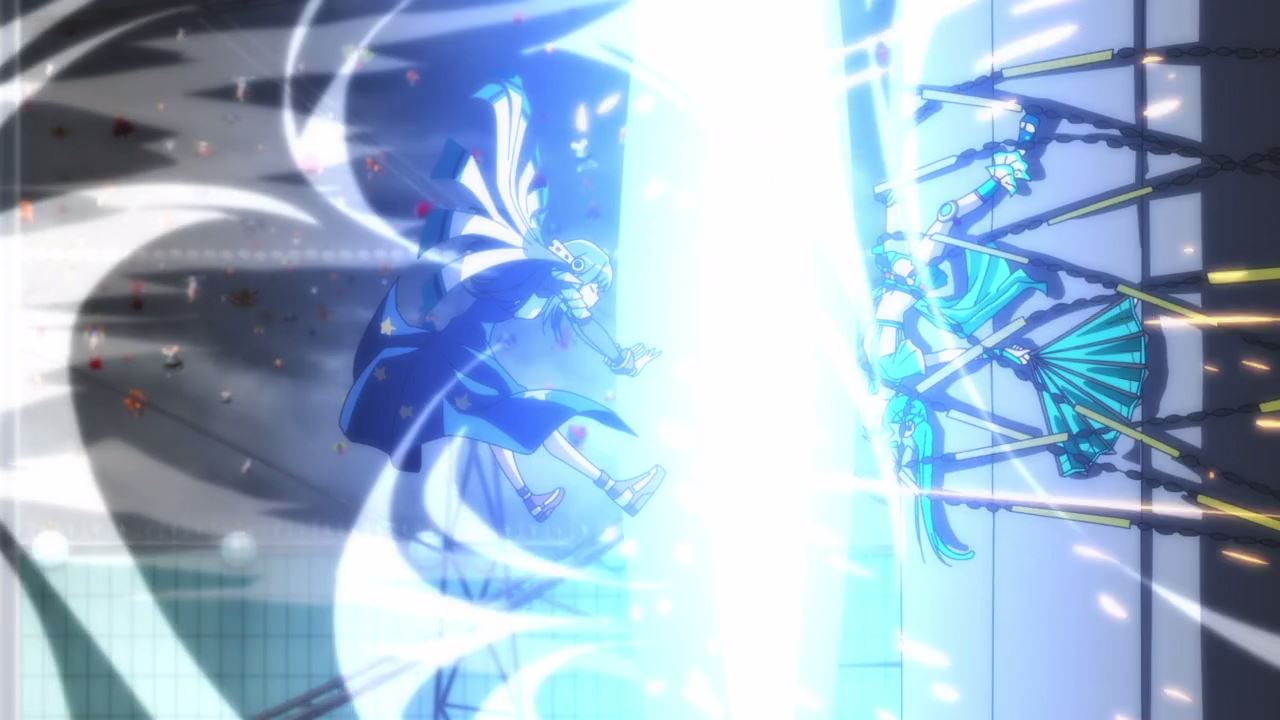 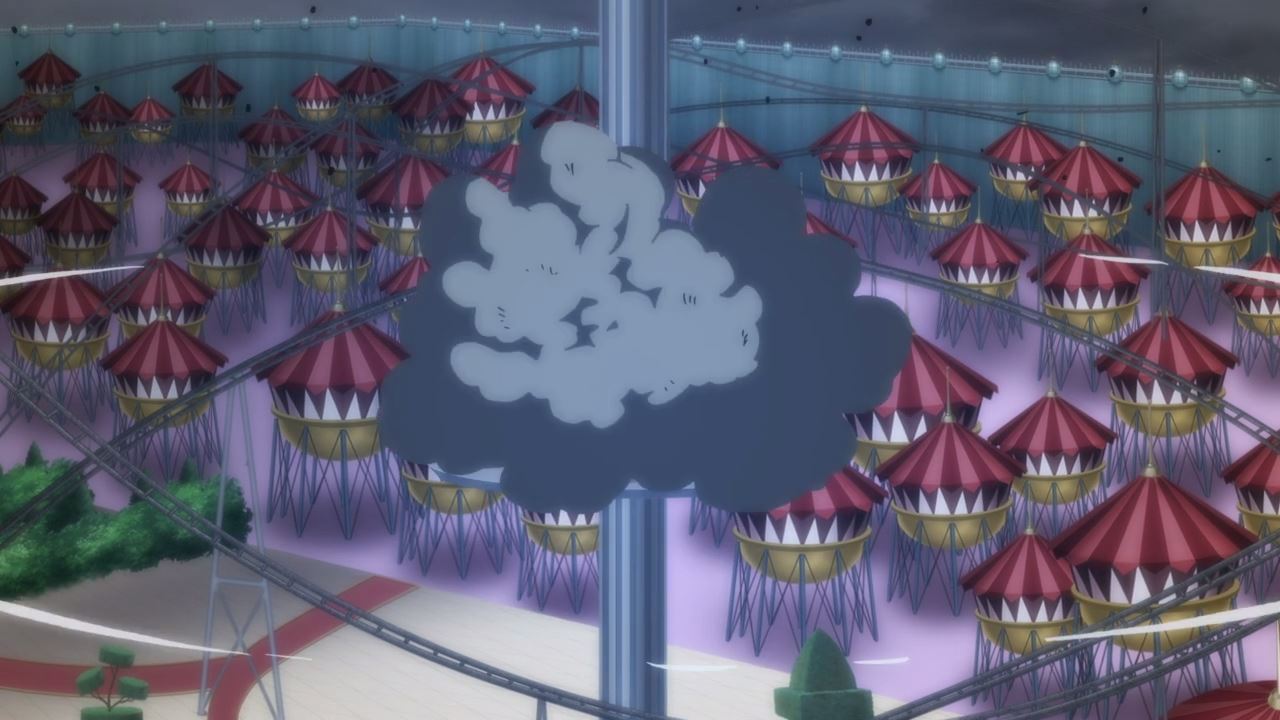 With that said, Yachiyo tries to save Tsuruno by connecting her heart, although Nanami went too far as she made a big explosion. I hope that Yui is okay. 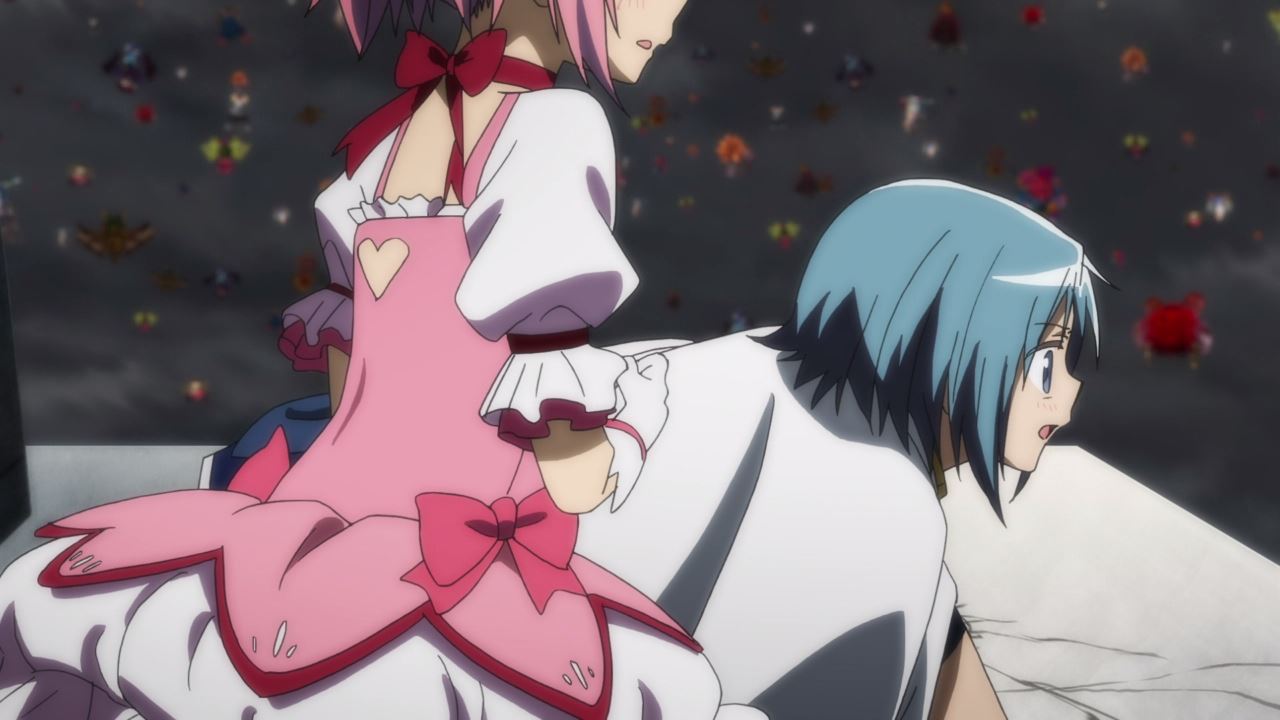 Unfortunately, Madoka Kaname and Sayaka Miki are shocked that their method to save their friends has failed spectacularly. I mean, their face shows that connecting Mami and Tsuruno’s hearts is a lost cause. 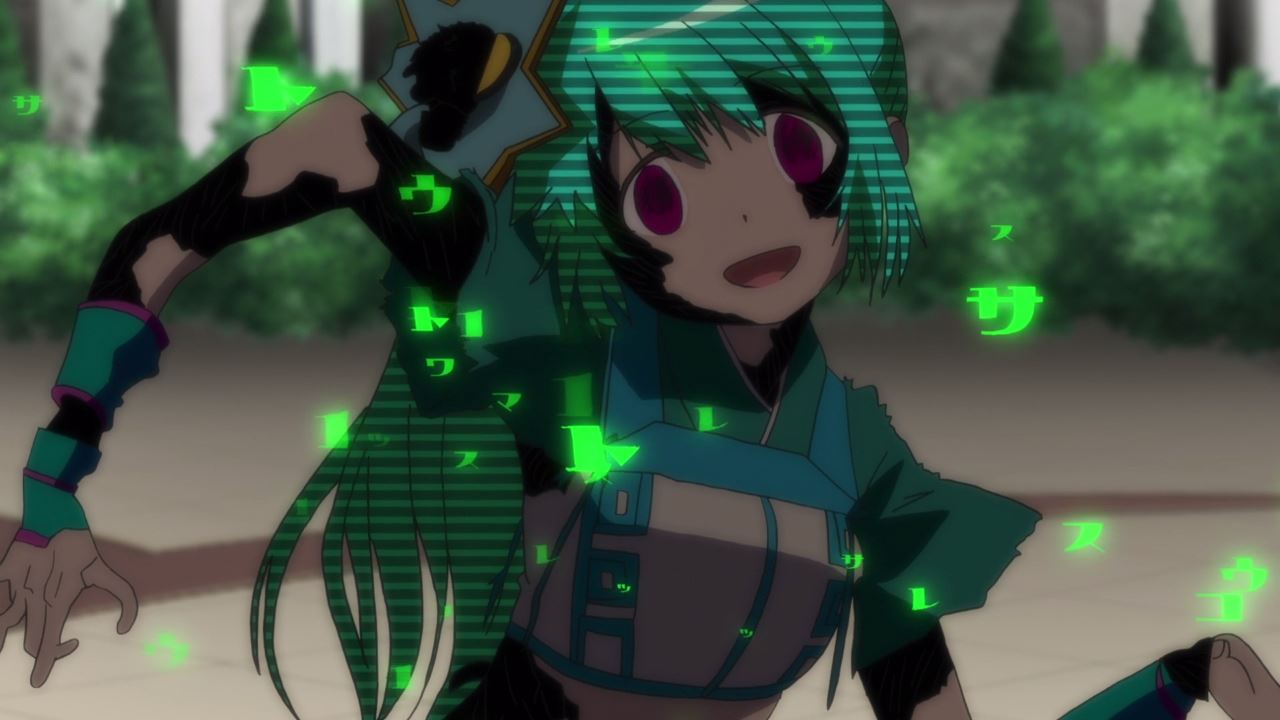 And here’s the result as Tsuruno Yui’s Soul Gem is already fused with the Uwasa. Man, I feel that neither Tsuruno nor Mami will return to normal as both Touka and Nemu already tampered their Soul Gems with the power of rumors.

Still, there’s one more episode to go and I feel that there’s no hope of stopping Magius and their plan to have two biggest witches duking out in Kamihama City.