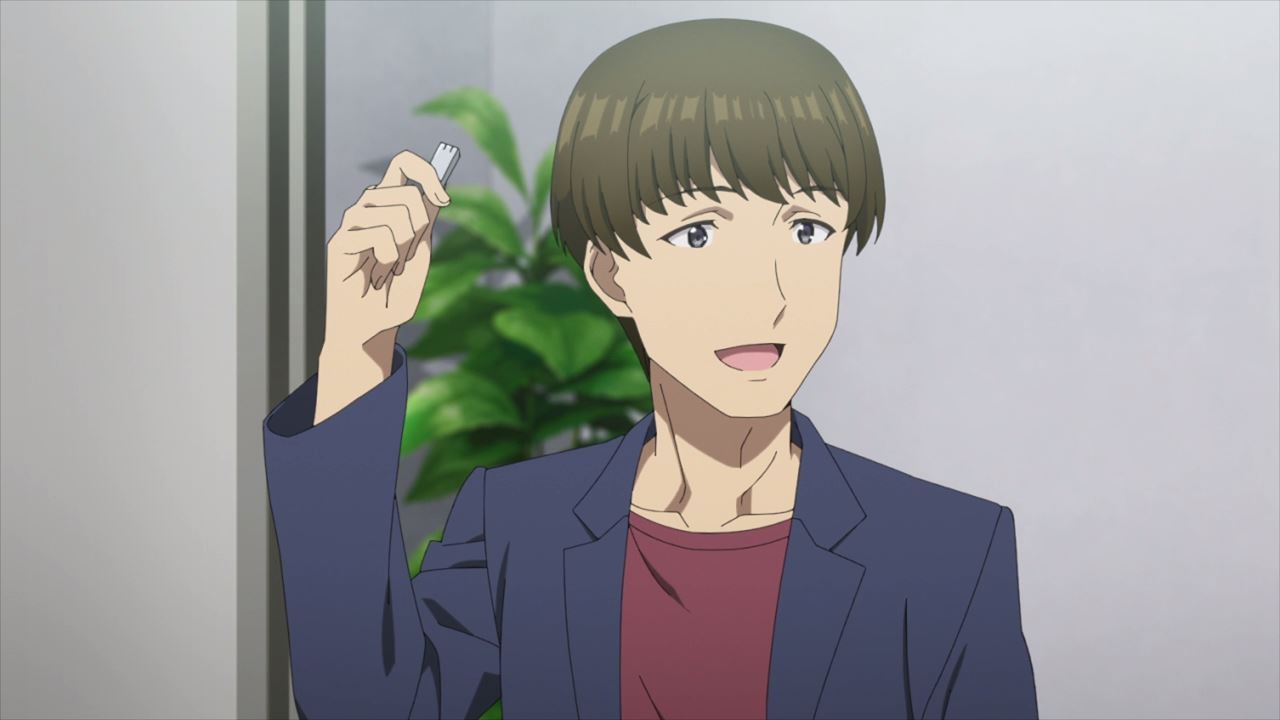 Well look what we have here, it appears that one of Kyouya Hashiba’s colleague has come up with a solution on fixing Mystic Clockwork. And here’s the thing as it costs a fortune, but it’ll help Attraction Point in the long run. 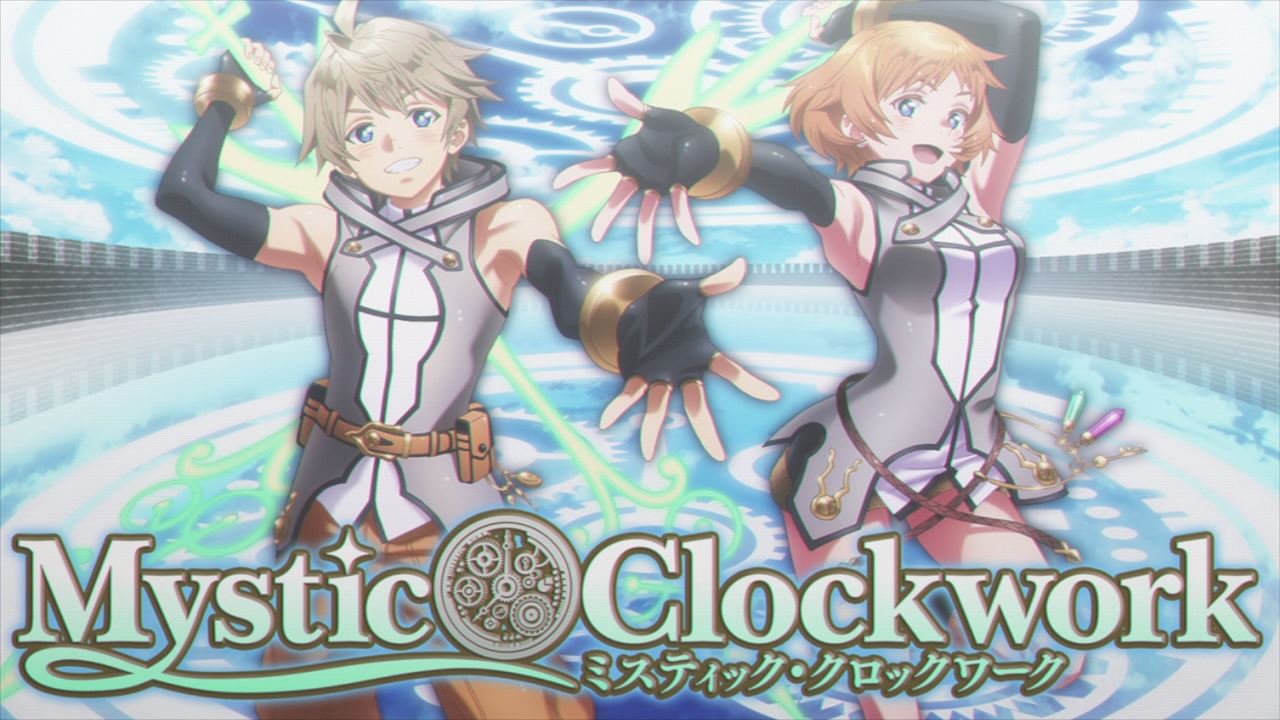 But anyways, here’s the title screen of Mystic Clockwork as it’s now running on the stable Enidy engine, a better alternative than making their own game engine. 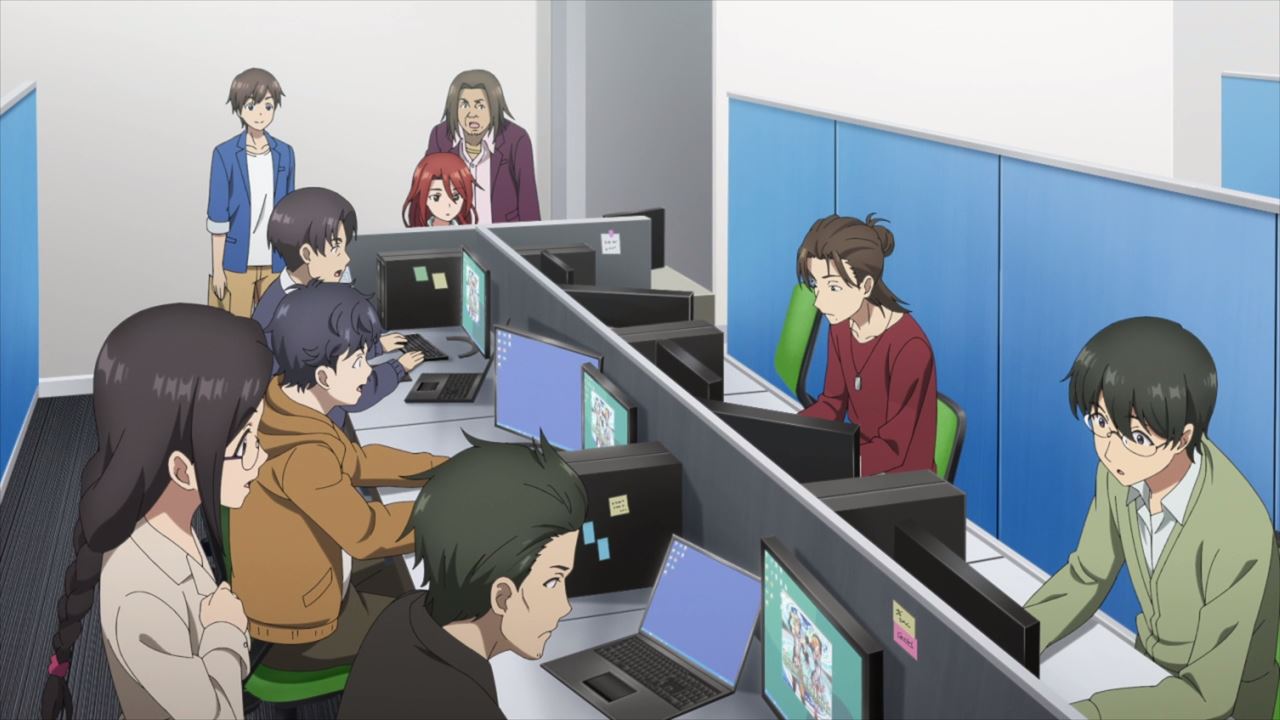 And as you can see, everyone is amazed that the executable is not only portable, but it doesn’t take a lot of resources to run the game.

Now the only thing left to do is to fix everything in just 2 weeks. Afterwards, they can have a 2-day vacation, which is really nice since crunch time is pretty bad for a company. 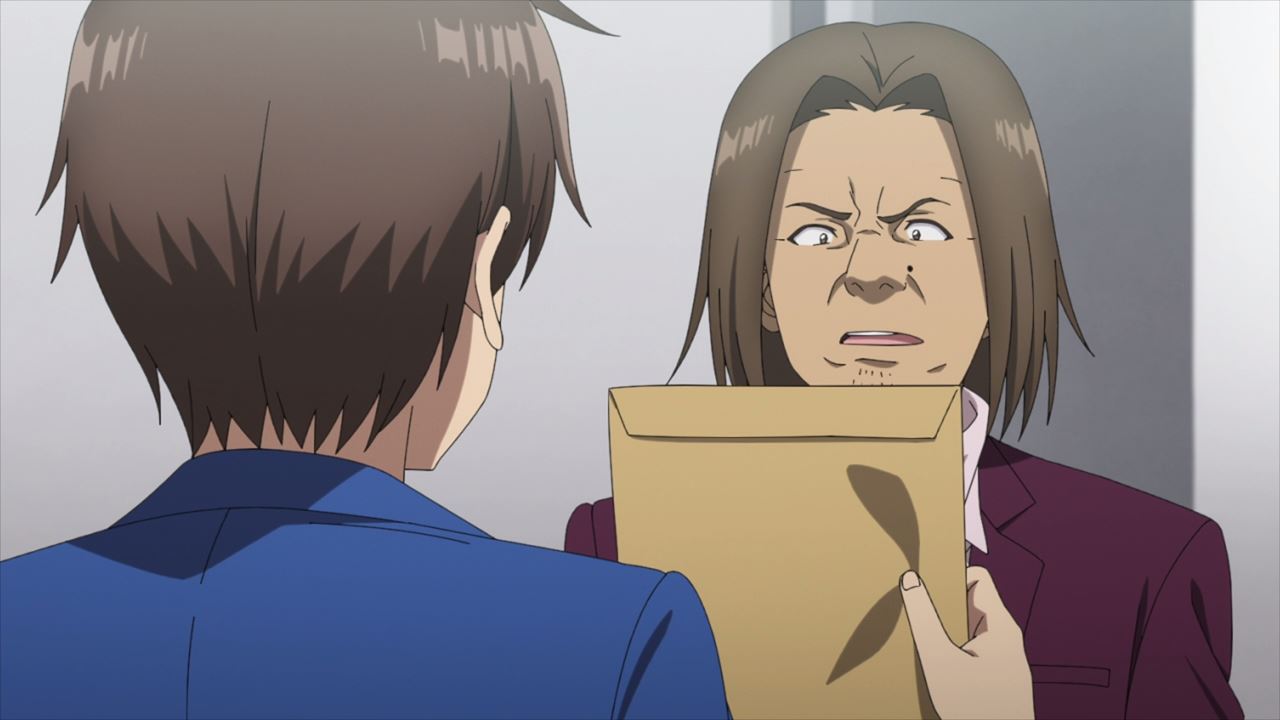 Oh and by the way, Hashiba shows the paperwork to the CEO where he used his team’s funds to purchase the Enidy engine license. It’s a better investment for sure because it’ll save Attraction Point from bankruptcy due to lawsuits. 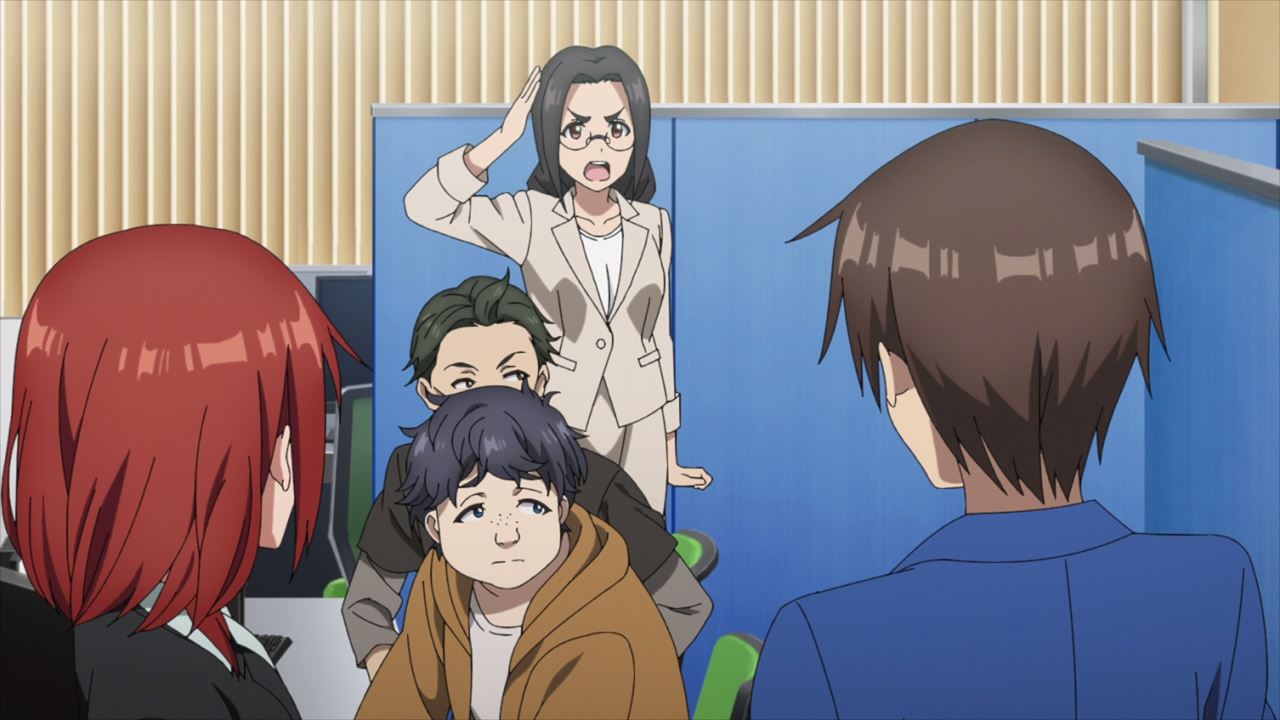 Now comes to hardest part which is handling angry players who didn’t get an ultra rare card on their pulls. And really, they’re gonna leave Mystic Clockwork into an empty wasteland if it’s not addressed properly.

So, it’s up to Miki Morishita on handling the PR as she’ll bring one of the voice actresses and do an apology video. 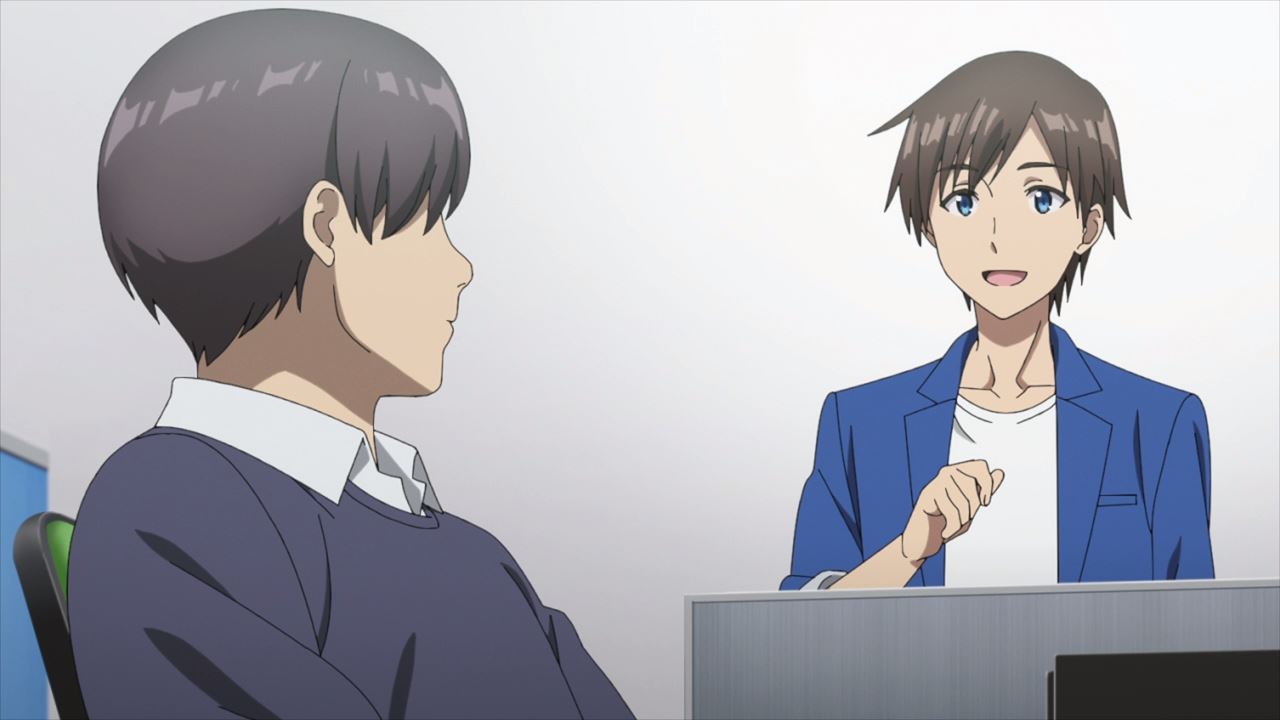 And if it wasn’t enough, Kyouya Hashiba ordered his colleague to send lots of jewels to all players as an apology.

With that said, Kyouya’s long-term solution of saving Mystic Clockwork is completed and it’s ready to deploy anytime soon. 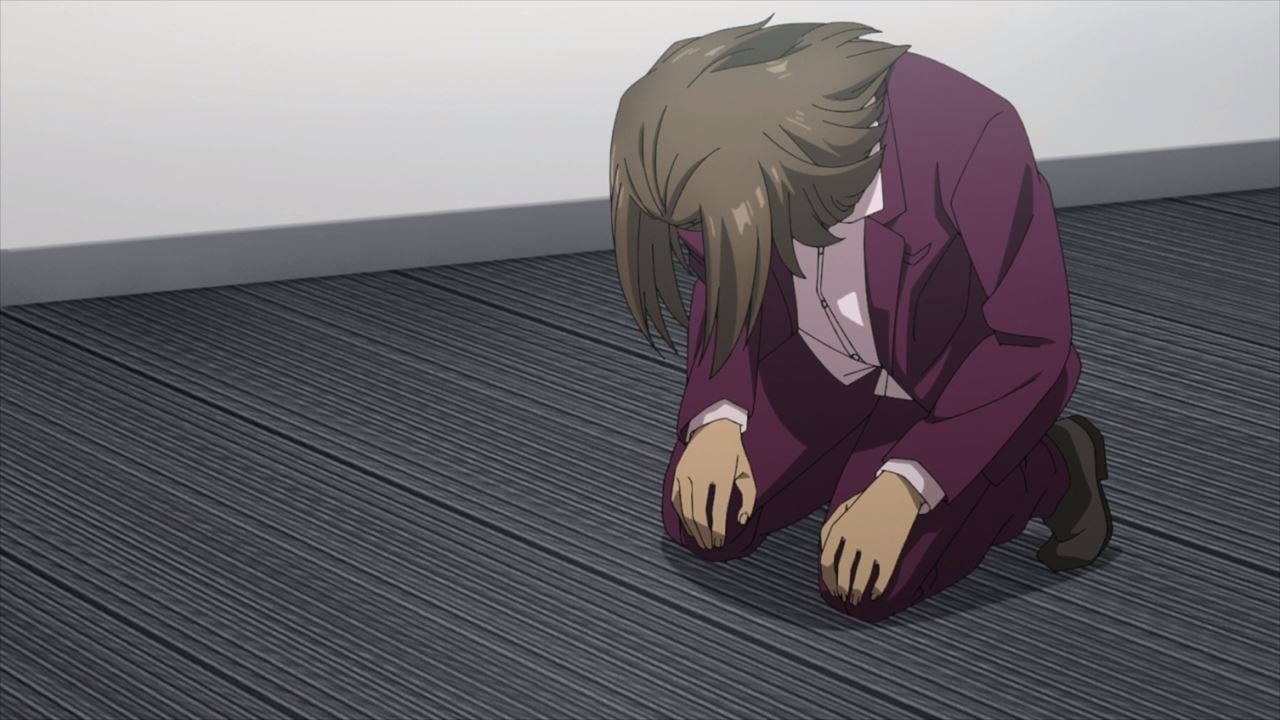 Of course, the CEO is not happy that his subordinate is taking charge of the project in the most dramatic way possible. But yes, looks like this dude lost the battle. 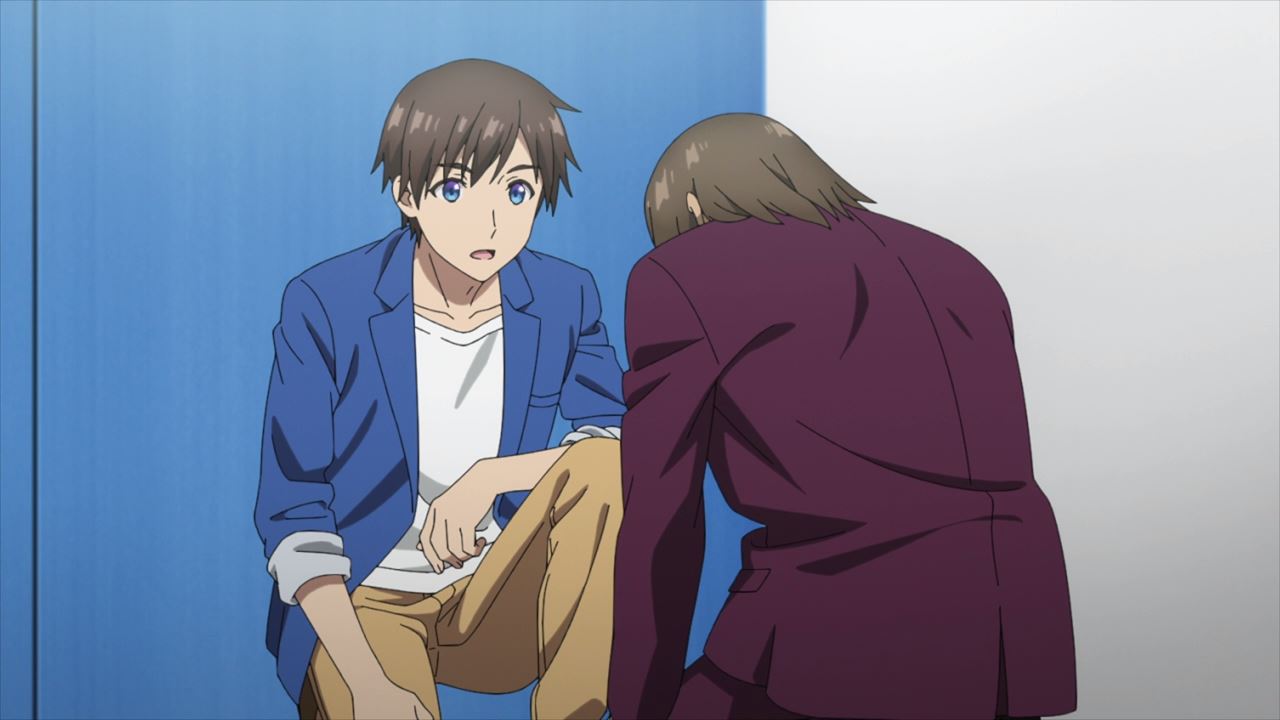 However, Kyouya told his boss to stand up and rethink on what’s important around him, rather than chasing for short-term gains.

And the reason why Hashiba acted on his own is not just because of his past failures, but he heard a story from a friend on how a game was saved from commercial failure after pointing out a bug publicly rather than keeping it. 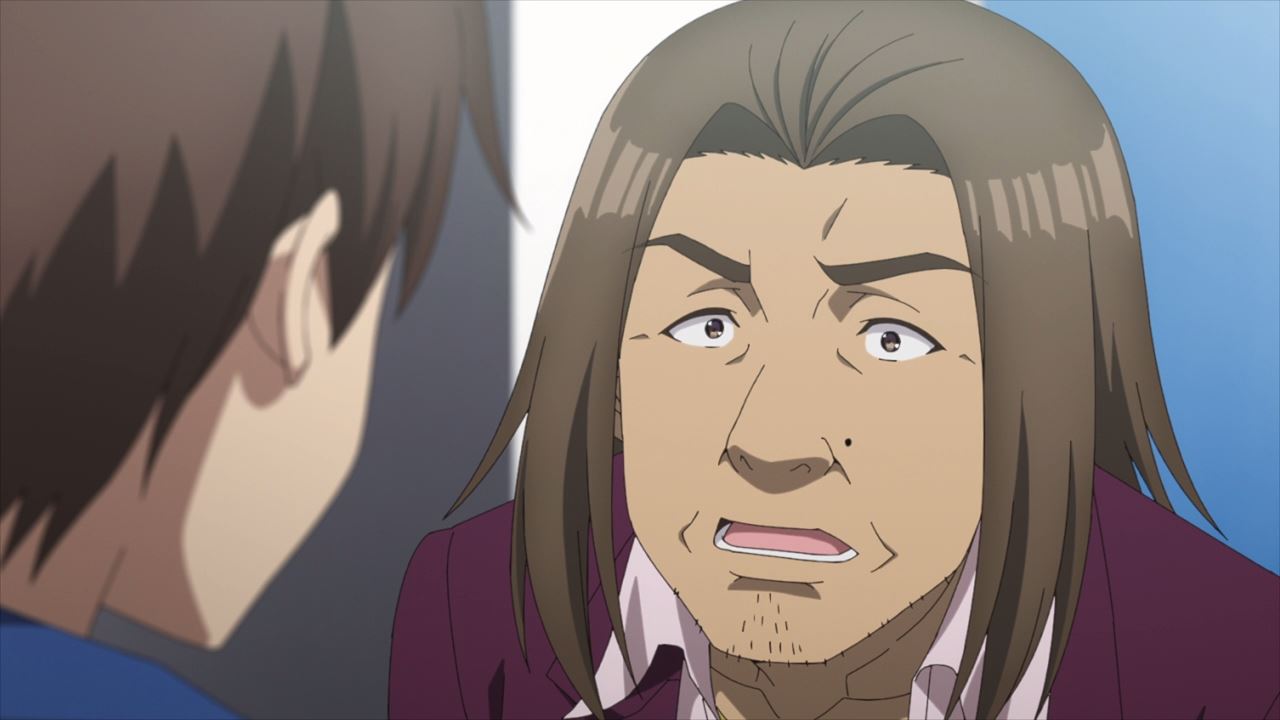 So when the CEO heard that story, it appears that he realized his mistakes that the boss let Hashiba and the rest handle it. Looks like the CEO put his trust towards Kyouya in the end.

However, there’s a catch though as the CEO wants Ayaka Minori to finish her character illustrations as soon as possible. Yeah, let’s talk about Minori shall we? 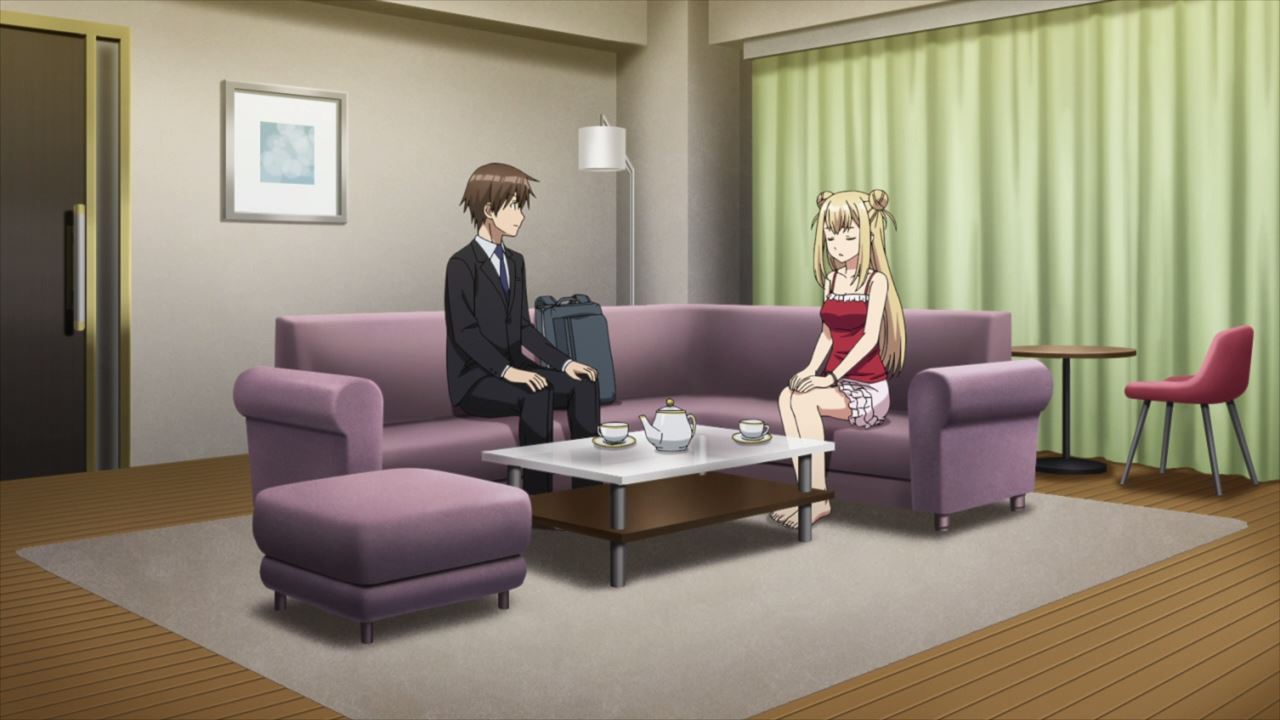 Turns out that Ayaka is still struggling to draw despite Kyouya telling her to return to her roots. But even then, Minori is still not yet motivated to draw. 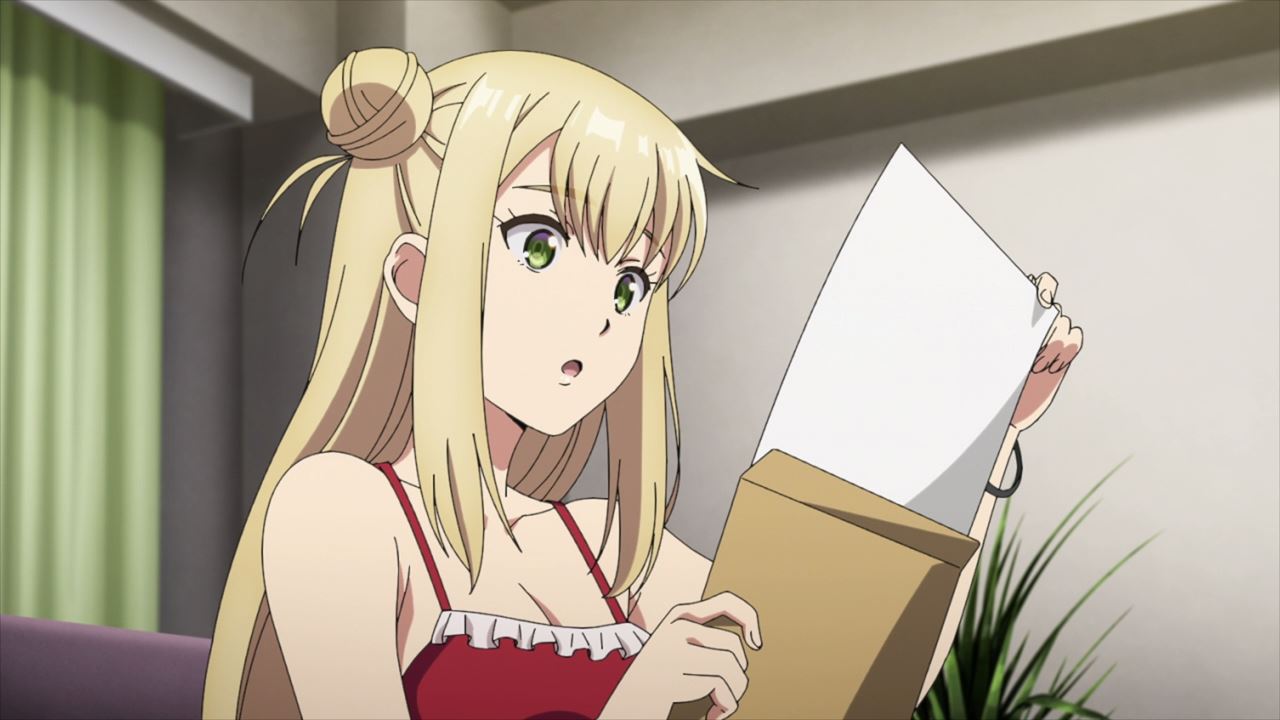 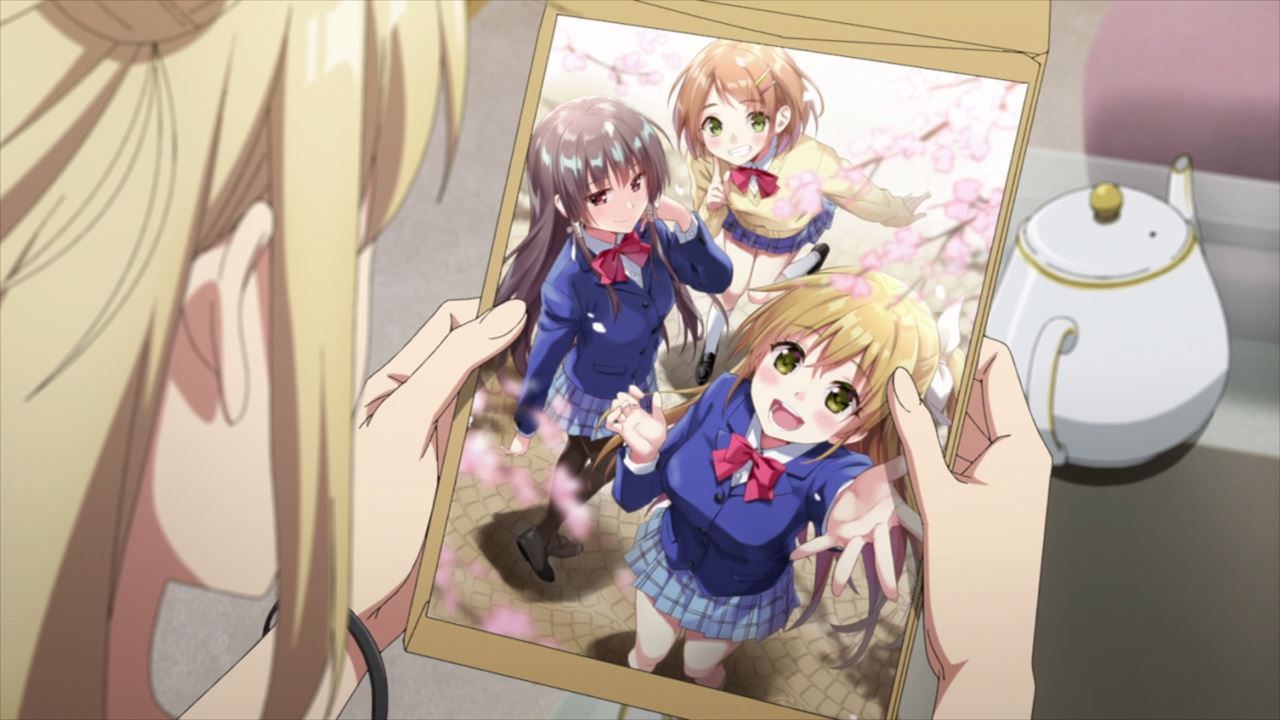 Well, that’s until Kyouya Hashiba shows an illustration of HaruSora to Ayaka Minori in which she felt nostalgic upon seeing it again.

By the way, Kyouya didn’t tell Ayaka that Shino Akishima is his current wife ’cause she’ll be in great shock upon learning the truth. 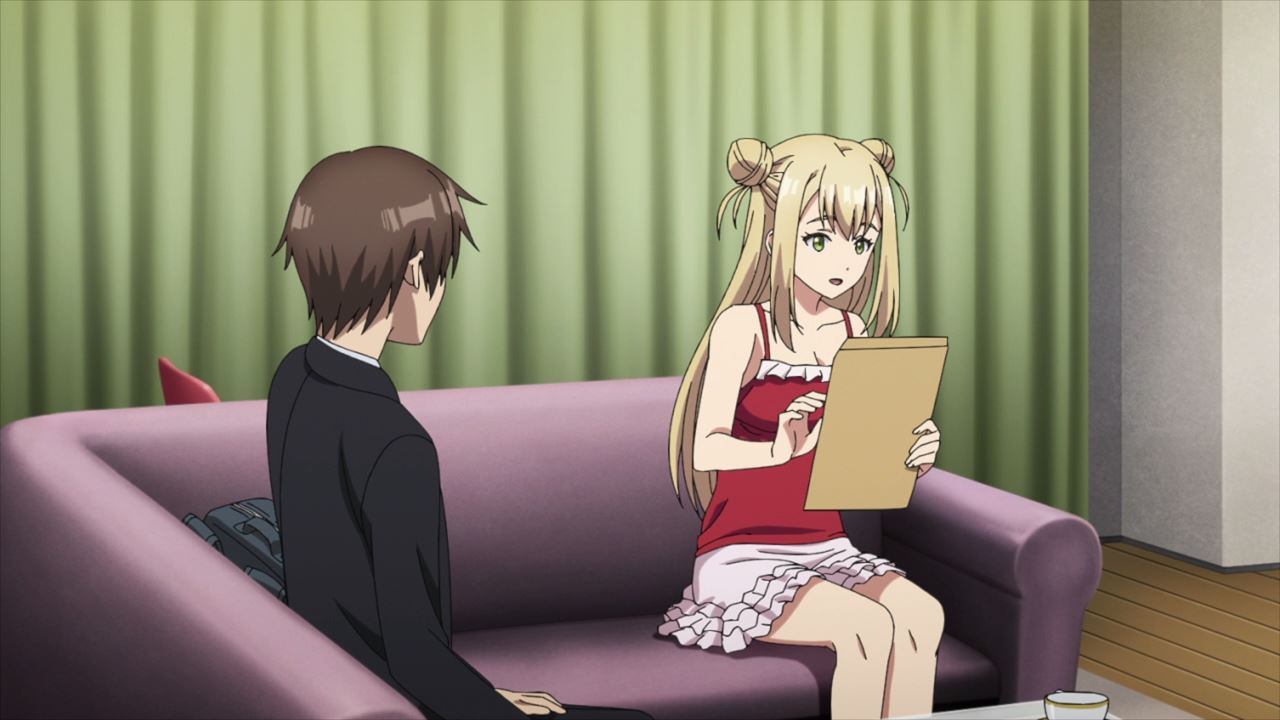 With that said, Ayaka Minori is pretty motivated upon seeing Shino Akishima’s work. Of course, it’ll take some days to give the rough draft to Hashiba. 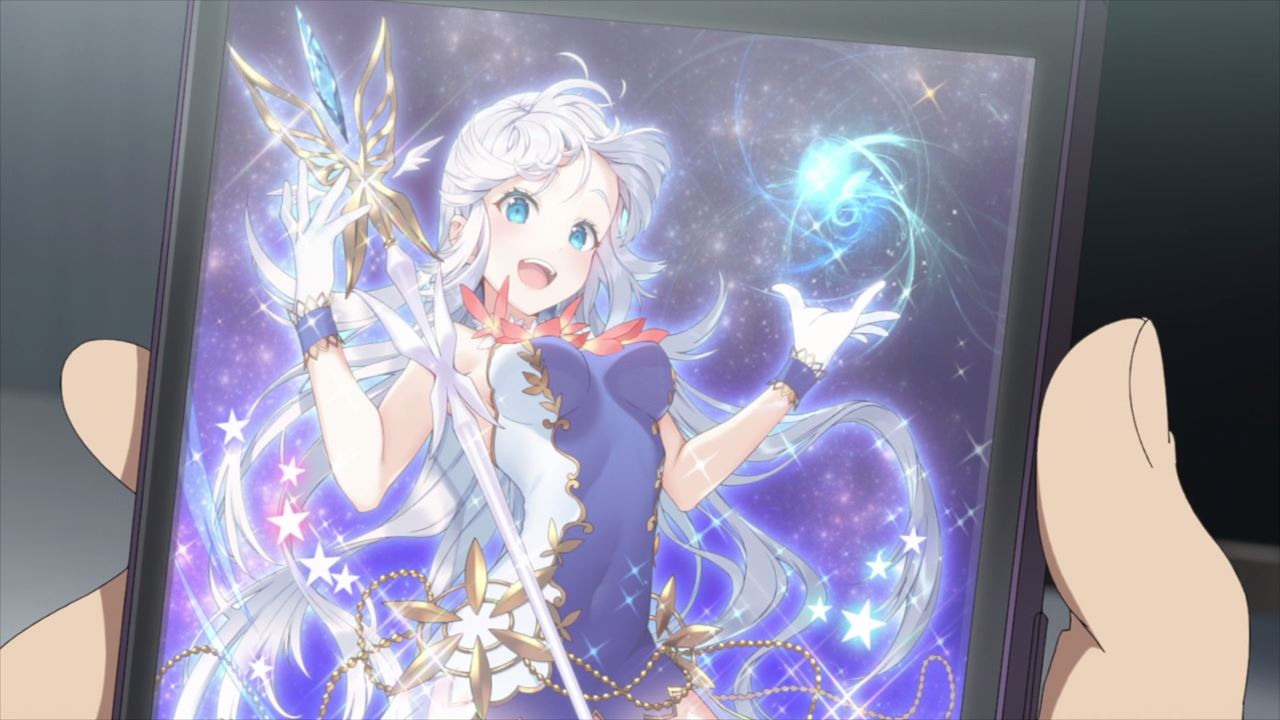 Thanks to Shino’s illustrations, Ayaka-san has finally finished drawing the characters for Mystic Clockwork. All I can say is that Hashiba saved Attraction Point from being closed down.

Now then, it’s time for a celebration as Kyouya and everyone else needs a pat in the back! 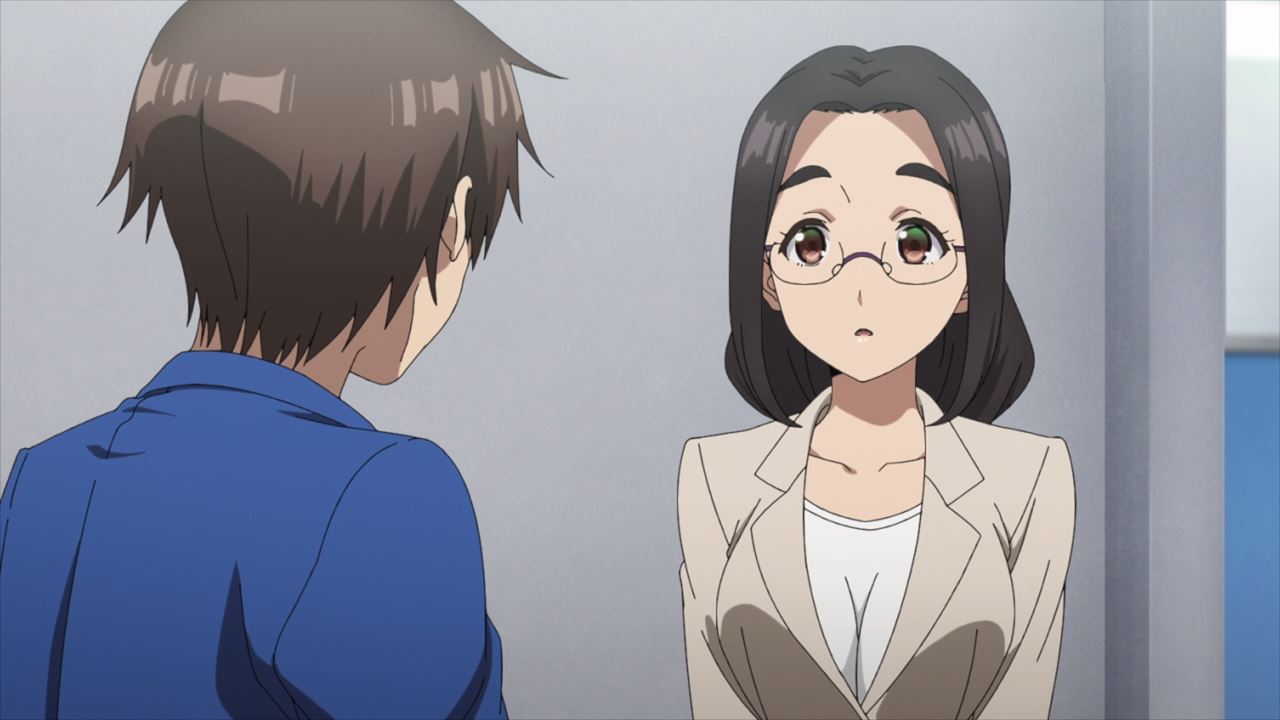 However, there’s one person who won’t join the party as Morishita told Hashiba that Eiko Kawasegawa is about to leave to Okinawa. Oh boy, it’s like Tsurayuki Rokuonji all over again… 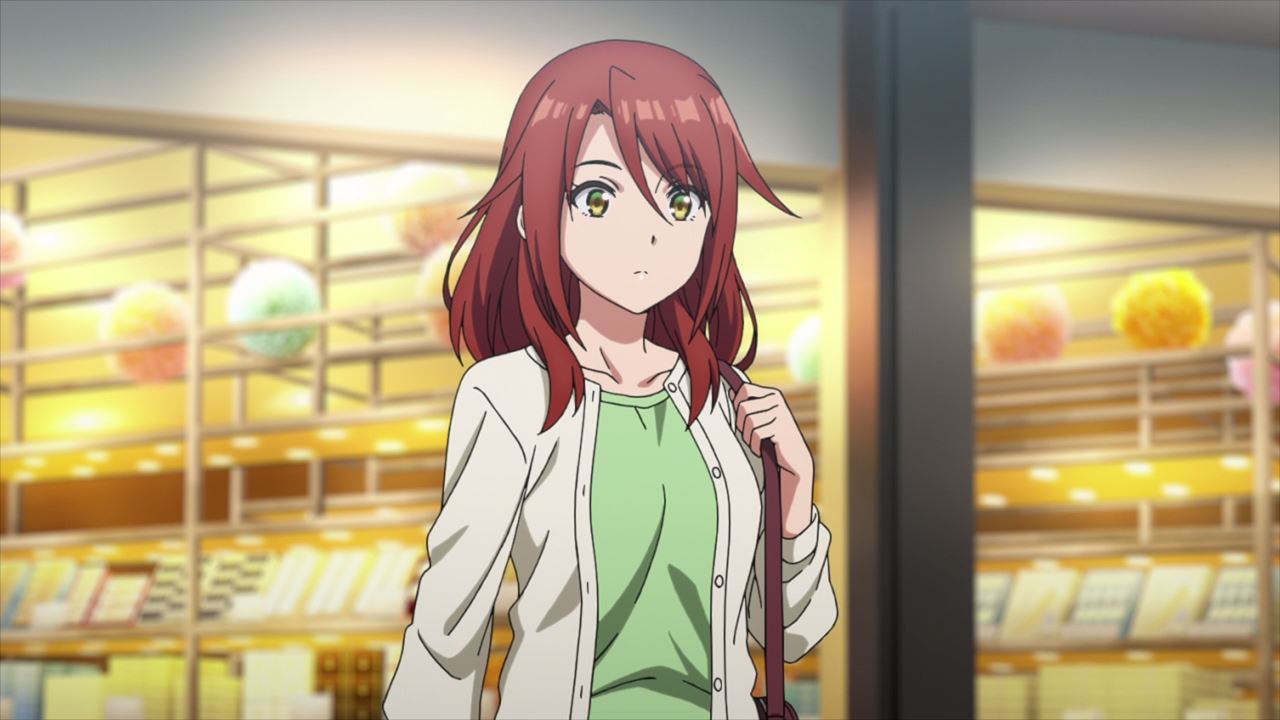 Fortunately, Kawasagawa didn’t leave the airport as she just arrived. But you know what, I think Eiko-san wants to have a long vacation after crunching for hours on fixing Mystic Clockwork. 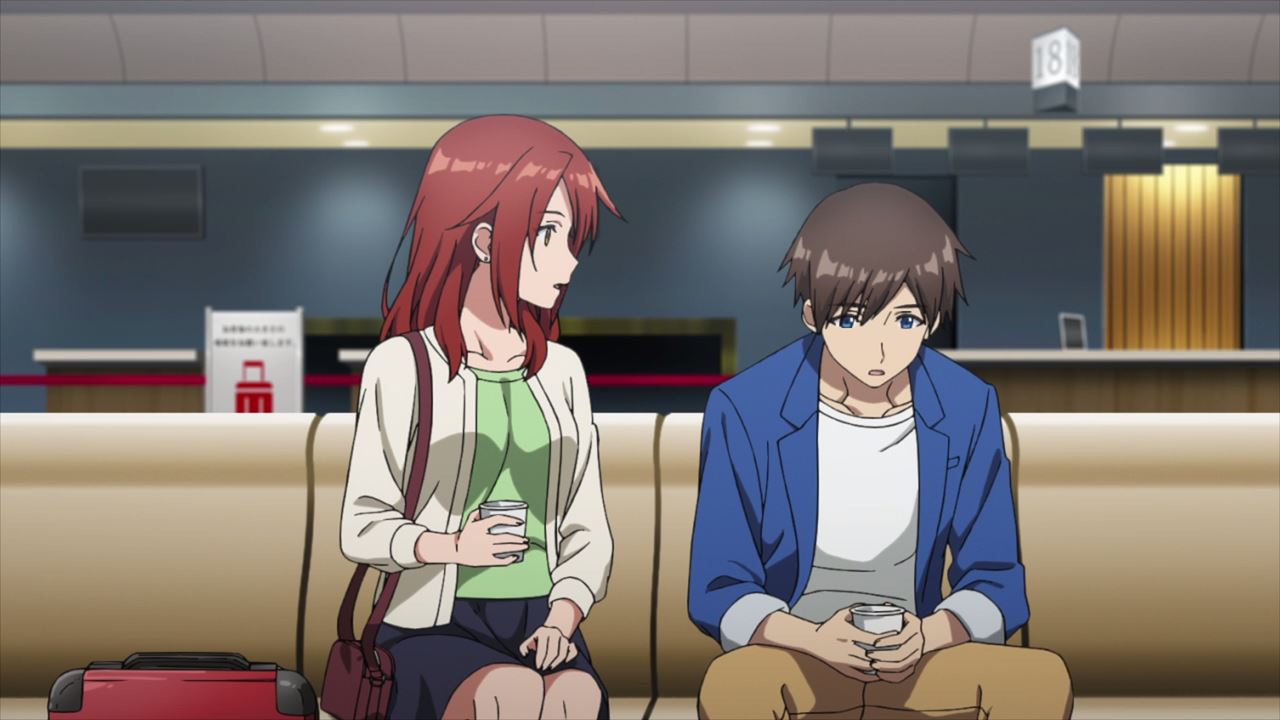 As for Kyouya Hashiba, he feared that he’ll lose Eiko Kawasegawa much like how he ruined the lives of the Platinum Generation. In fact, he took control of fixing everything that Kyouya left Eiko out of the mess.

Basically, he’s pessimistic that helping other people might hurt them in the long run, much like what happened to Tsurayuki Rokuonji and his current wife Aki Shino. Well, except for Nanako Kogure in which she’s still singing thanks to Kyouya Hashiba. 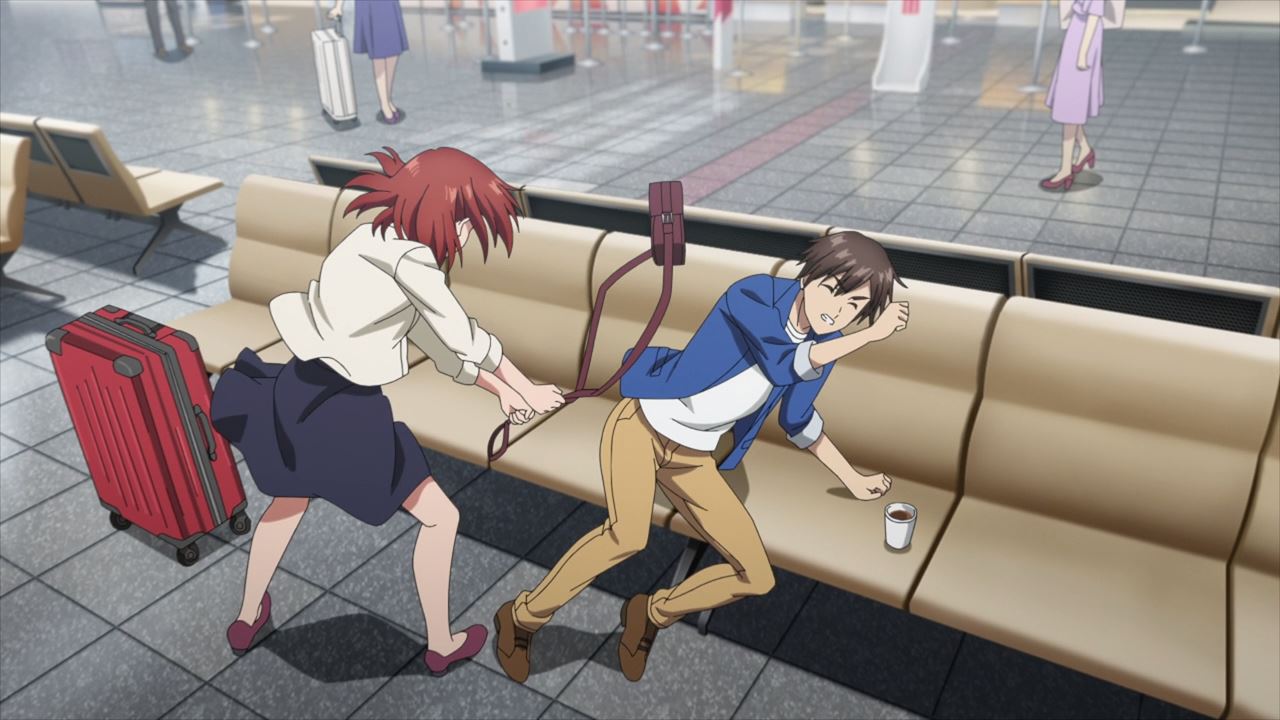 Still, Eiko Kawasegawa got really angry towards Kyouya over his pessimism that she smack her colleague with her hand bag. Man, seems that it look like a lovers’ quarrel even though Hashiba is a family man. 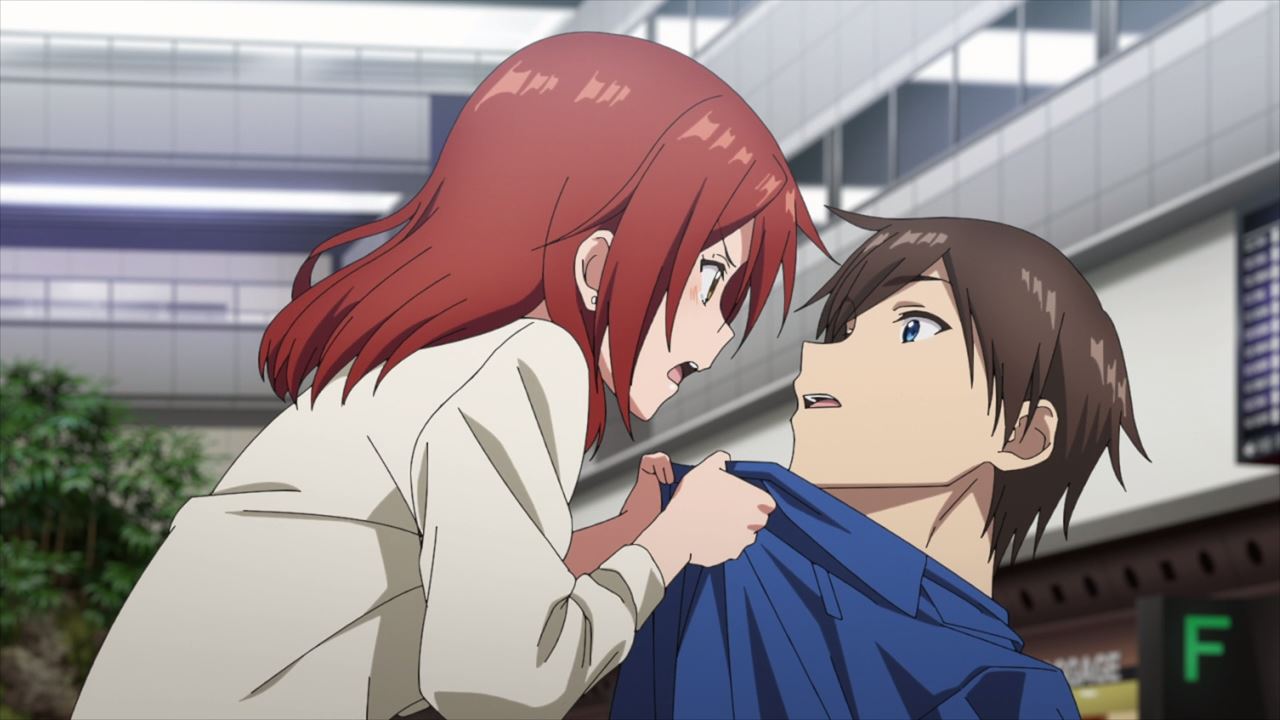 But yes, Eiko wanted Kyouya to believe in his friends ask for their help, rather than taking the whole brunt of the problem by himself.

Seriously though, I’m glad that Eiko Kawasegawa snap out of his pessimistic behavior, especially when it comes to his meddling with the Platinum Generation. But you know what, Kyouya can still reach out to his friends, including Aki-chan. 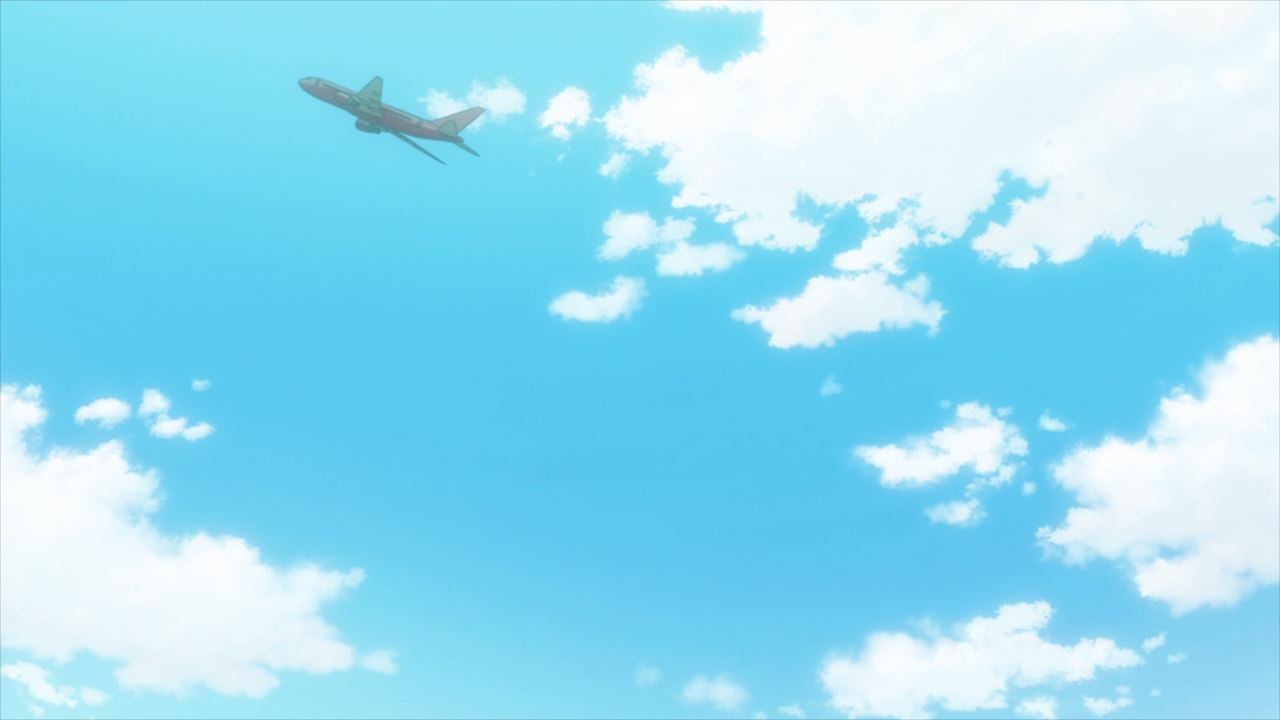 Anyways, Eiko has left Tokyo as she wants to enjoy her vacation. C’mon, she deserved some rest after being shouted by her boss most of the time. 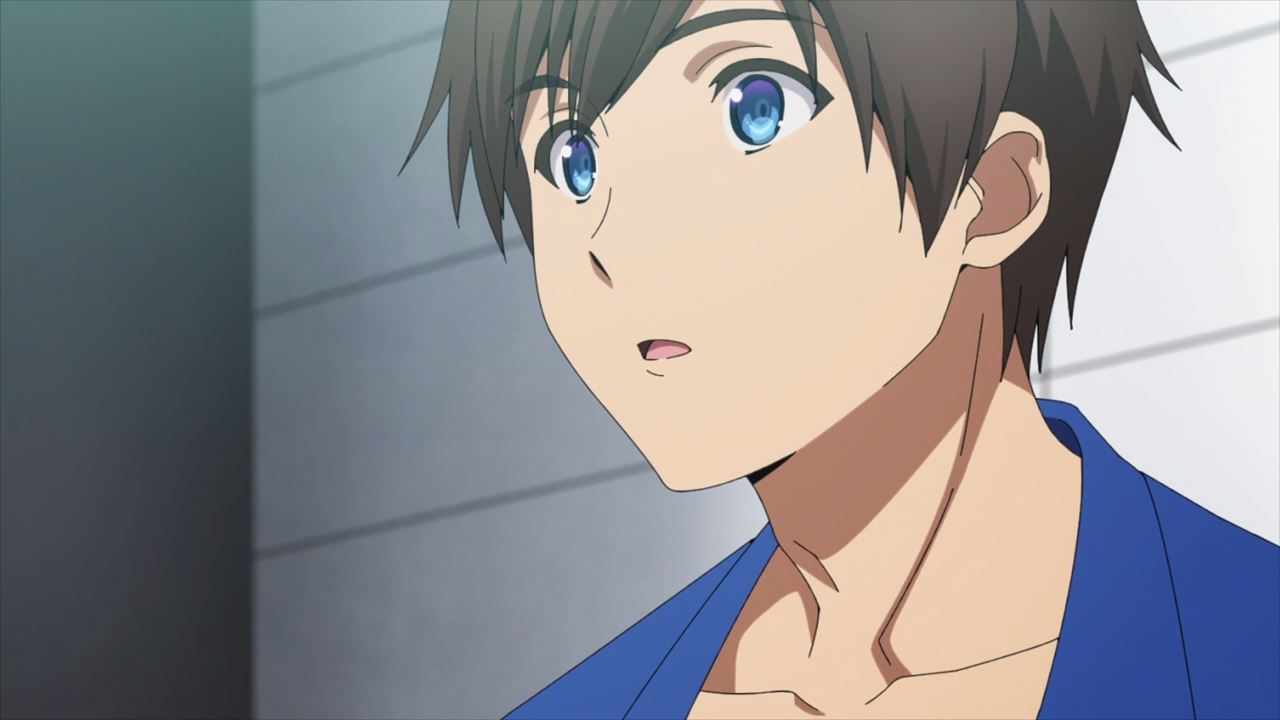 As for Hashiba, it looks like he met a certain person in which she’s still a mystery. 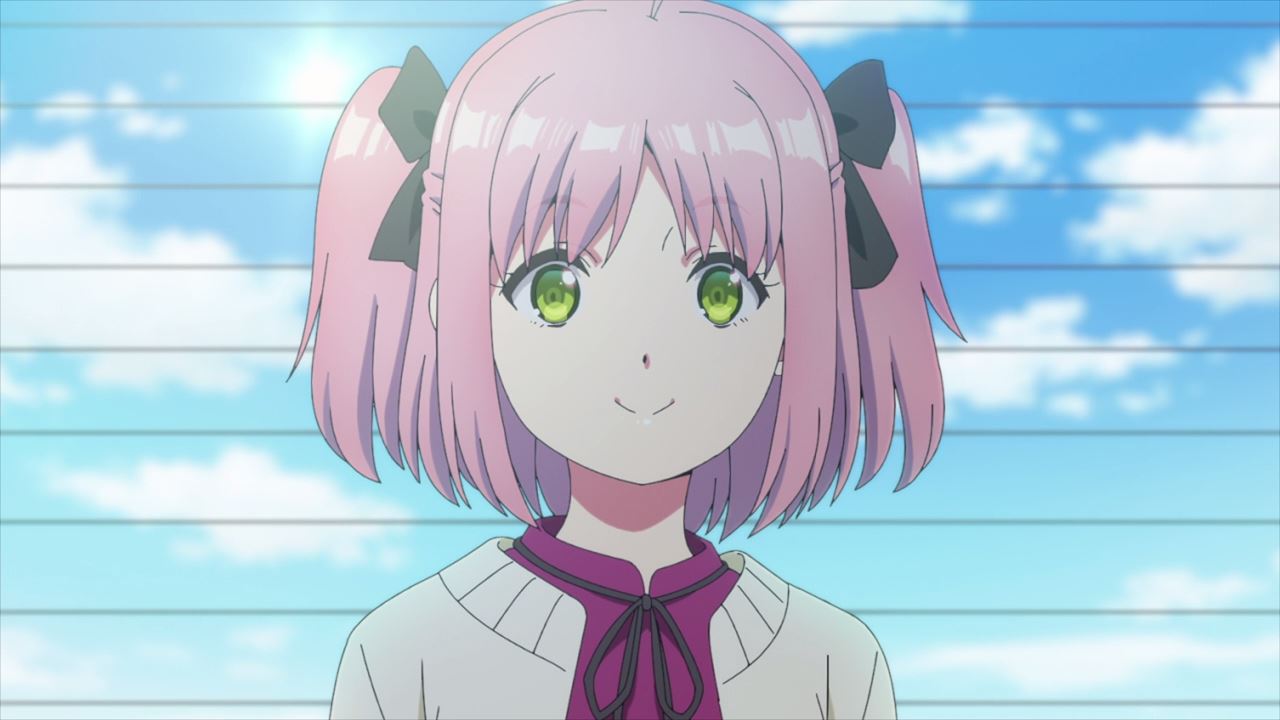 That’s right, it’s Keiko Morioka where she offered Kyouya to return to the past and fix his mistakes. Come to think of it, I feel that she looked like a character from SucceedSoft’s unreleased game. Nah, it’s just me!

Well then, I have to say that Kyouya Hashiba saved Attraction Point from bankruptcy thanks to his ingenuity, although he needs to put his faith to his co-workers more. But now, the next episode will be the last one as I have a feeling that there will be a twist to this tale.