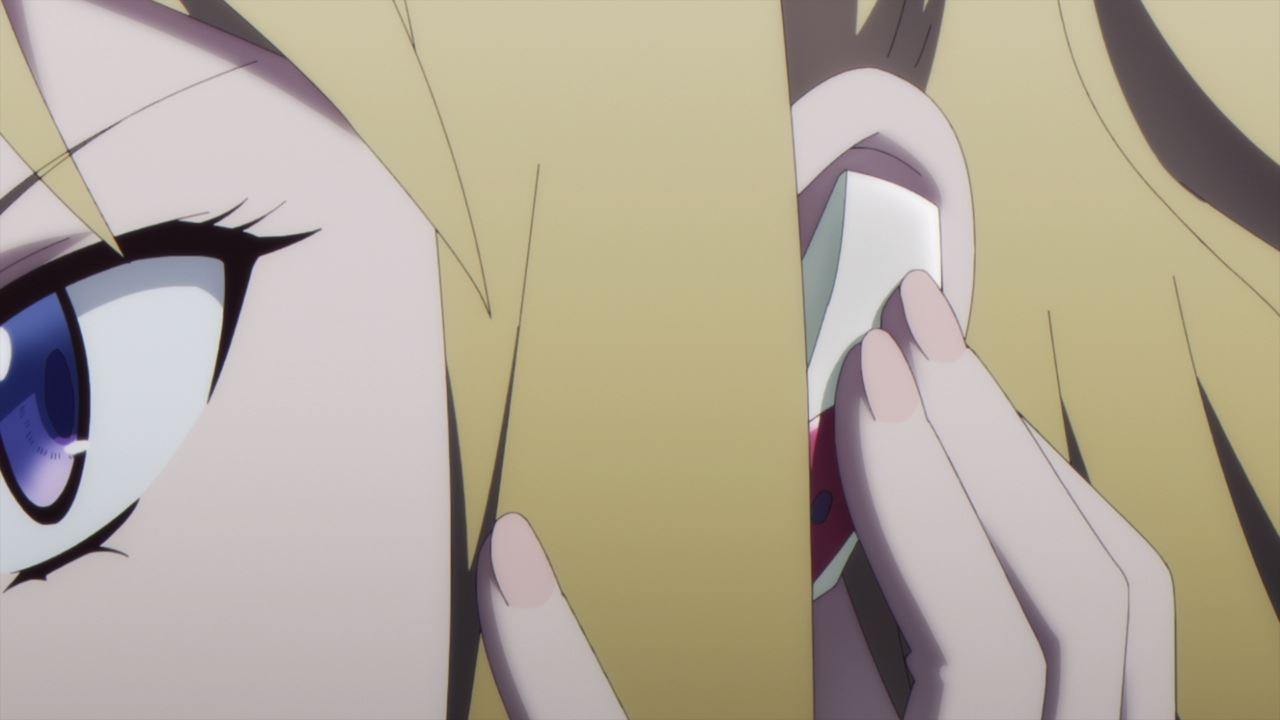 Let’s start with Airi Isshiki where she got a call from her mother, saying that she expects the Éclair to win the main Mirage Bat tournament.

While results matters since she came from a prestigious family after all, Airi is still a human being who cares about her teammates. 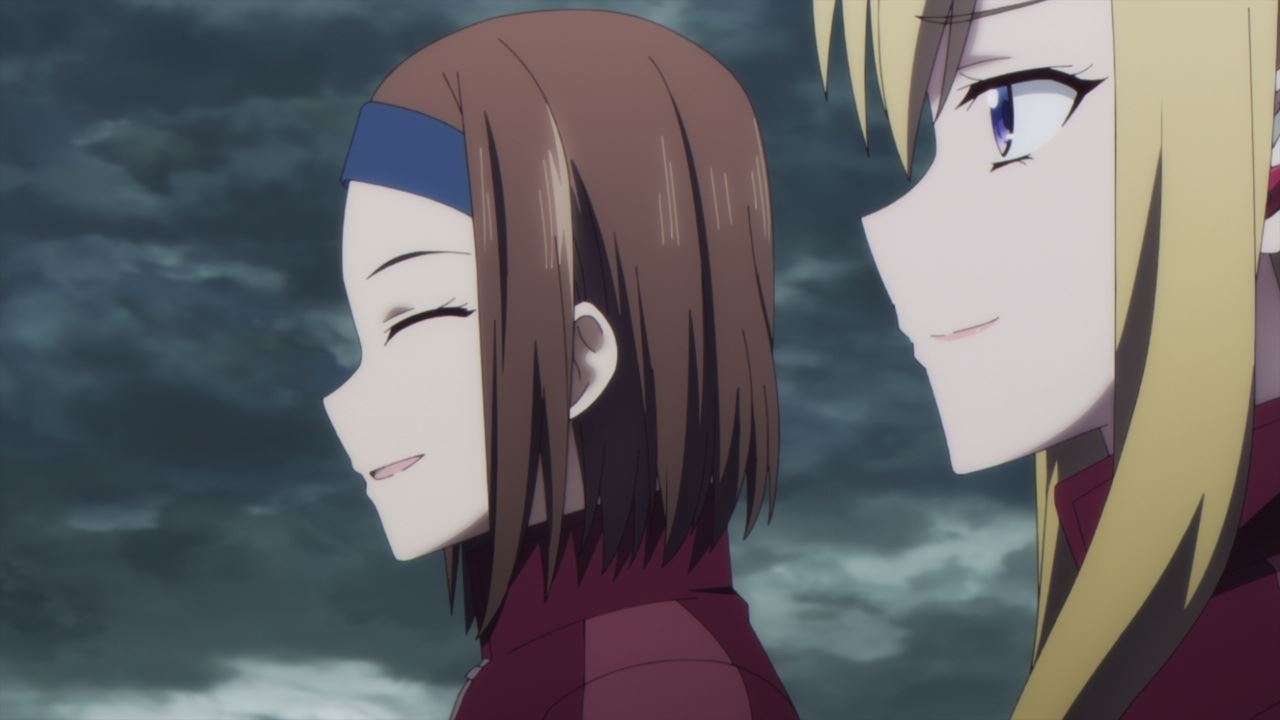 Oh yeah, here’s Saho Mizuo where she have a pep talk with Airi Isshiki before the Mirage Bat event. And here’s the thing as they promised that Third High School will have a 1-2 finish.

Then again, the only thing they should worry is Miyuki Shiba where she’s the biggest threat of all. C’mon, Tatsuya is supporting Miyuki since Day 1. 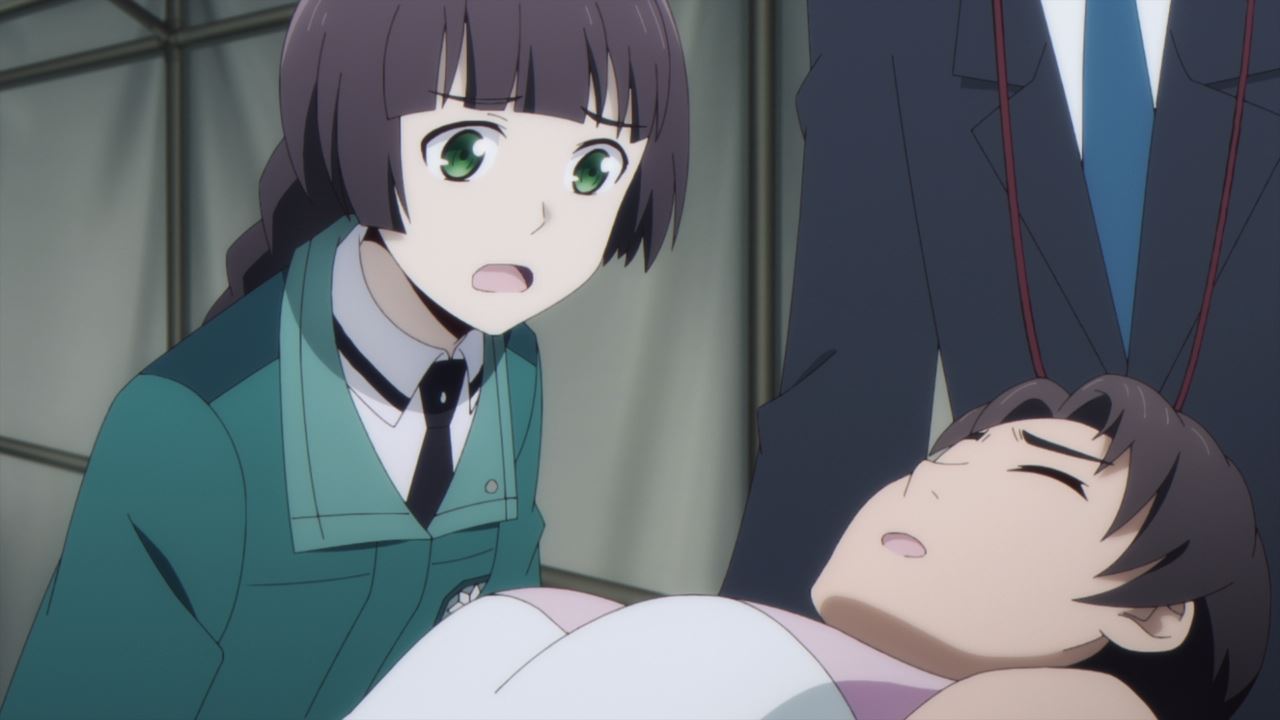 Oh yeah, let’s not forget No Head Dragon’s sabotage where one of First High School’s competitors named Keiko Kobayakawa got into a freak accident after her CAD malfunctioned mid-flight. Honestly, their sabotage has to be stopped! 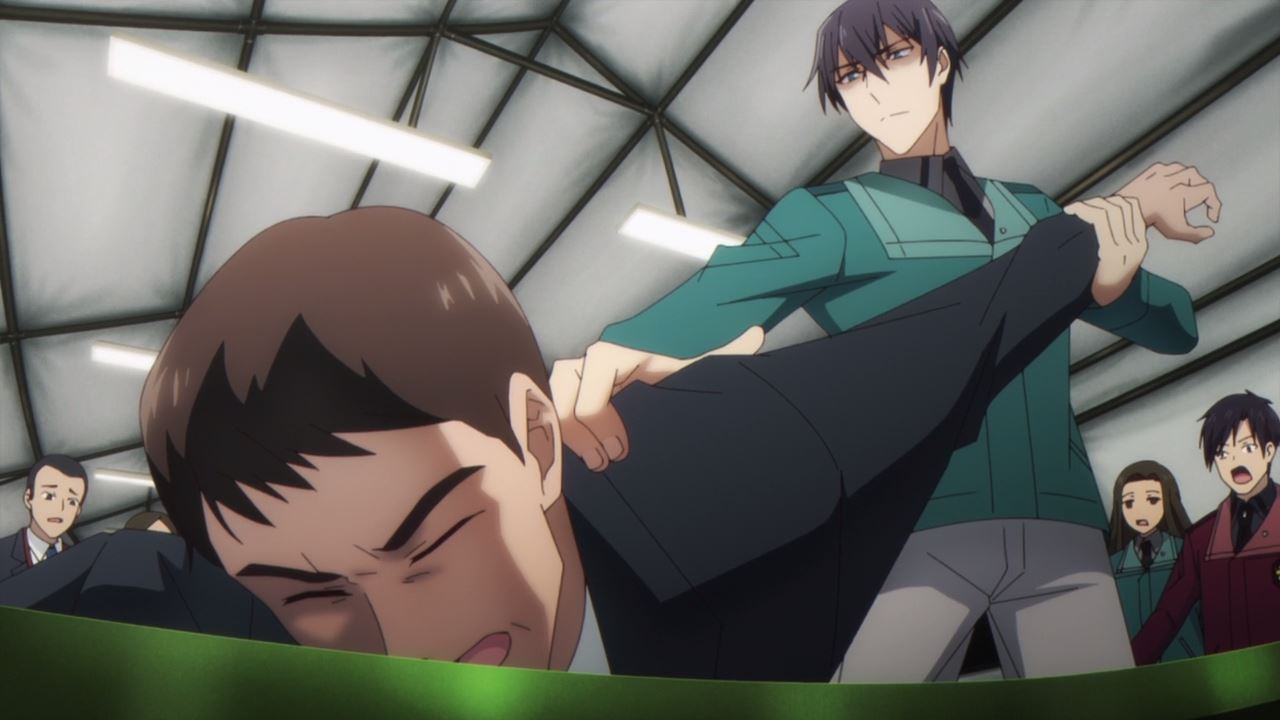 But here’s Tatsuya Shiba where he’s getting pissed off that he attacked one of the officials and accused him of tampering someone’s CAD.

While Tatsuya is doing the right thing by stopping a suspected No Head Dragon member, I think he should calm himself down as some students might spur rumors about him. 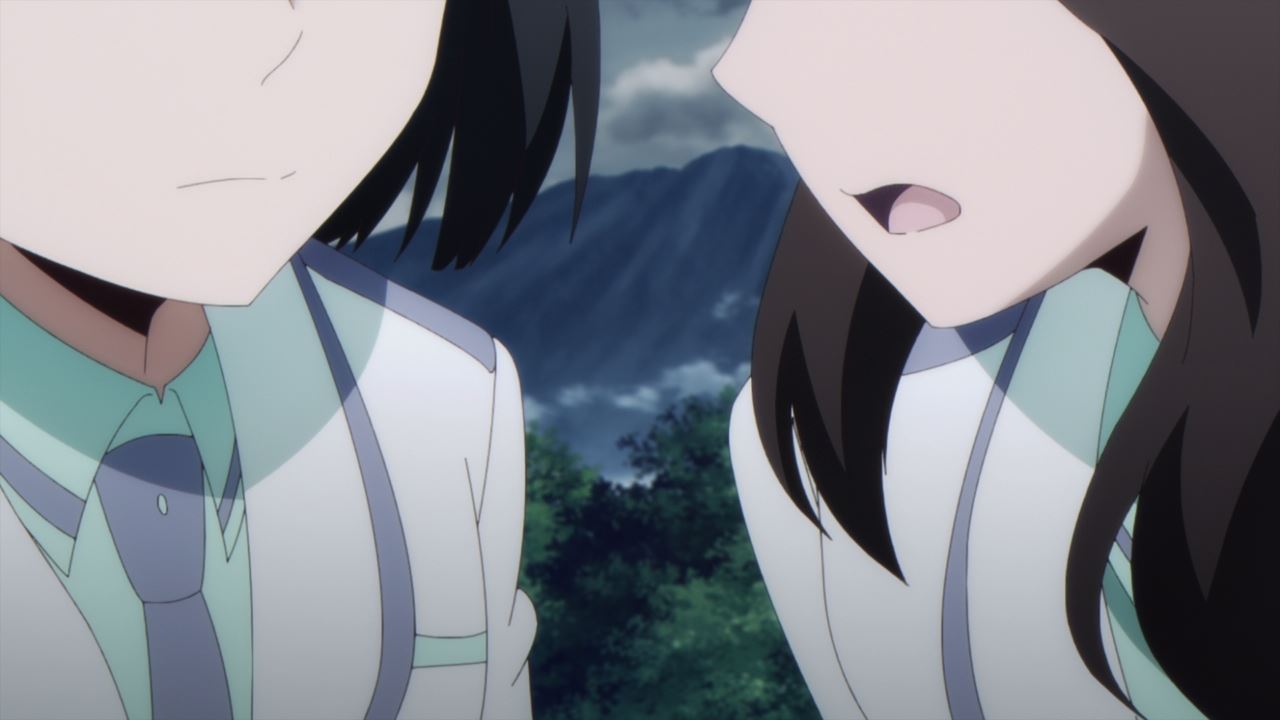 Then again, most of the time they’ll gossip about how Tatsuya is a siscon. Yes, there’s no denying that Tatsuya loves his sister very much… in a platonic way. 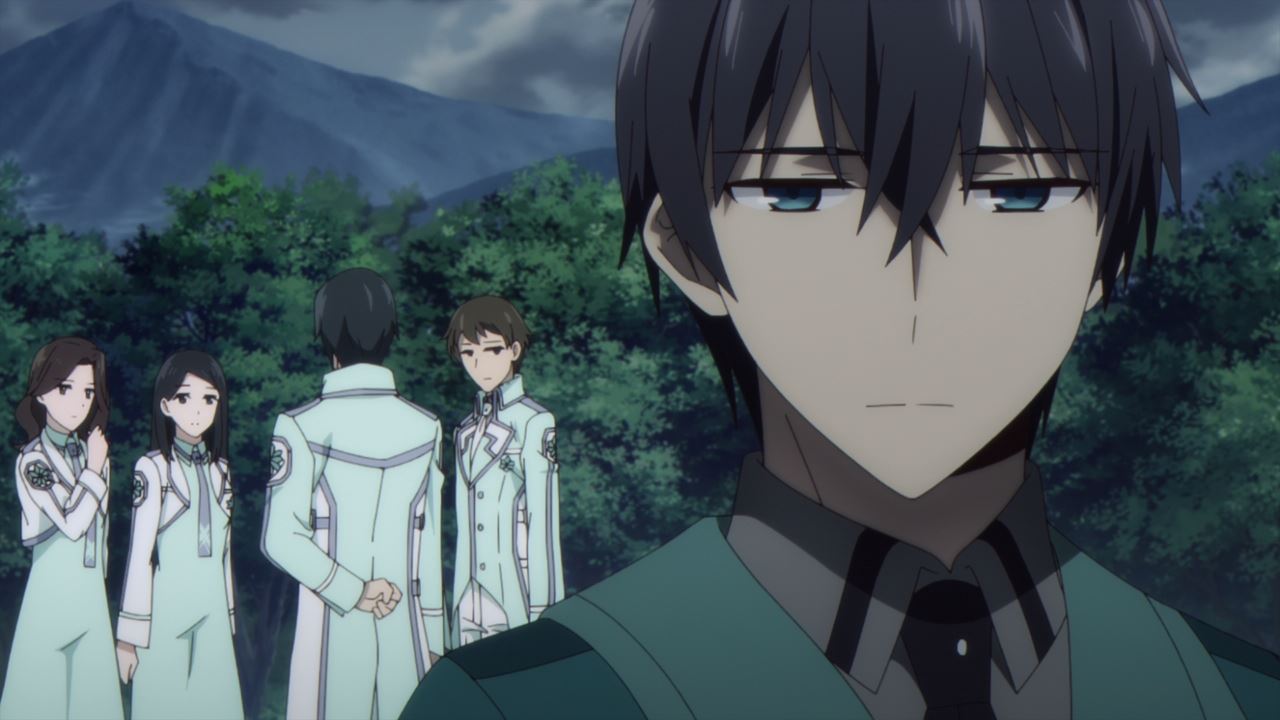 But speaking of Tatsuya Shiba, I think he should be careful from now on as he doesn’t like someone talking behind his back. I blame Mayumi Saegusa and Mari Watanabe for spreading those rumors. 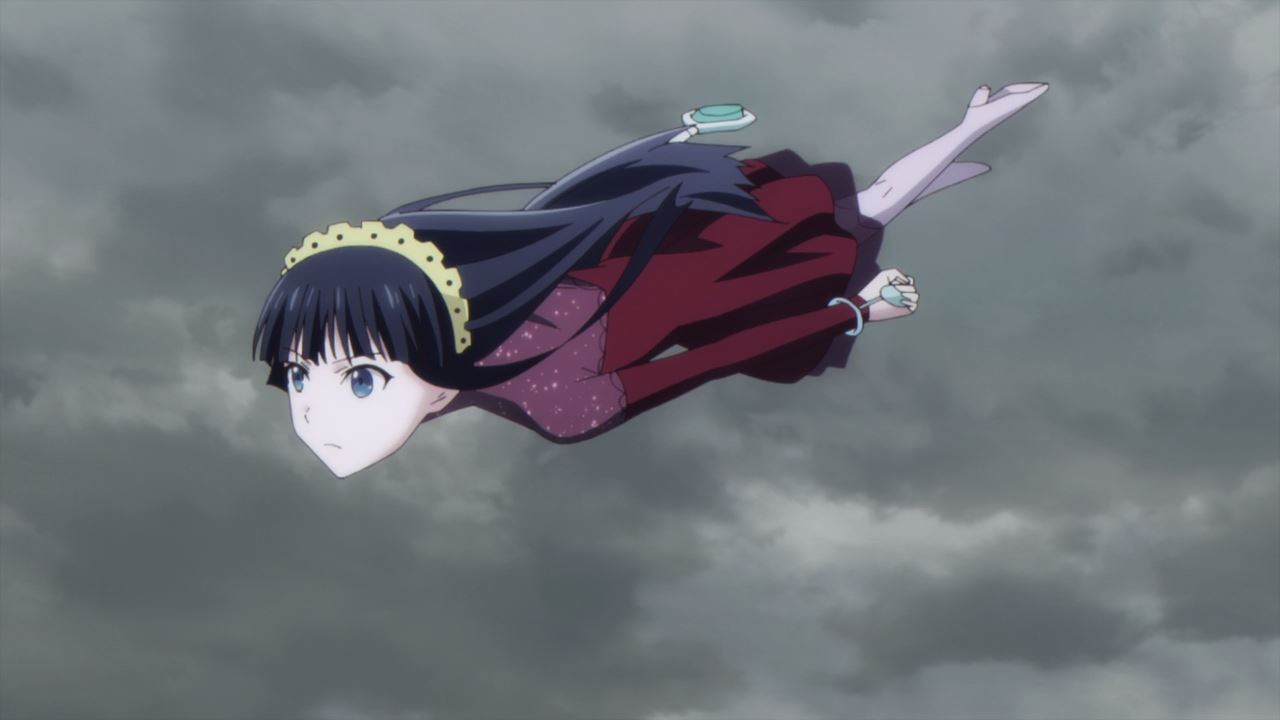 For now, let’s move onto the semi-finals where Miyuki Shiba shows her new stuff: Flight ability.

This is really unprecedented as Tatsuya perfected this kind of magic as Miyuki will win the event for sure. 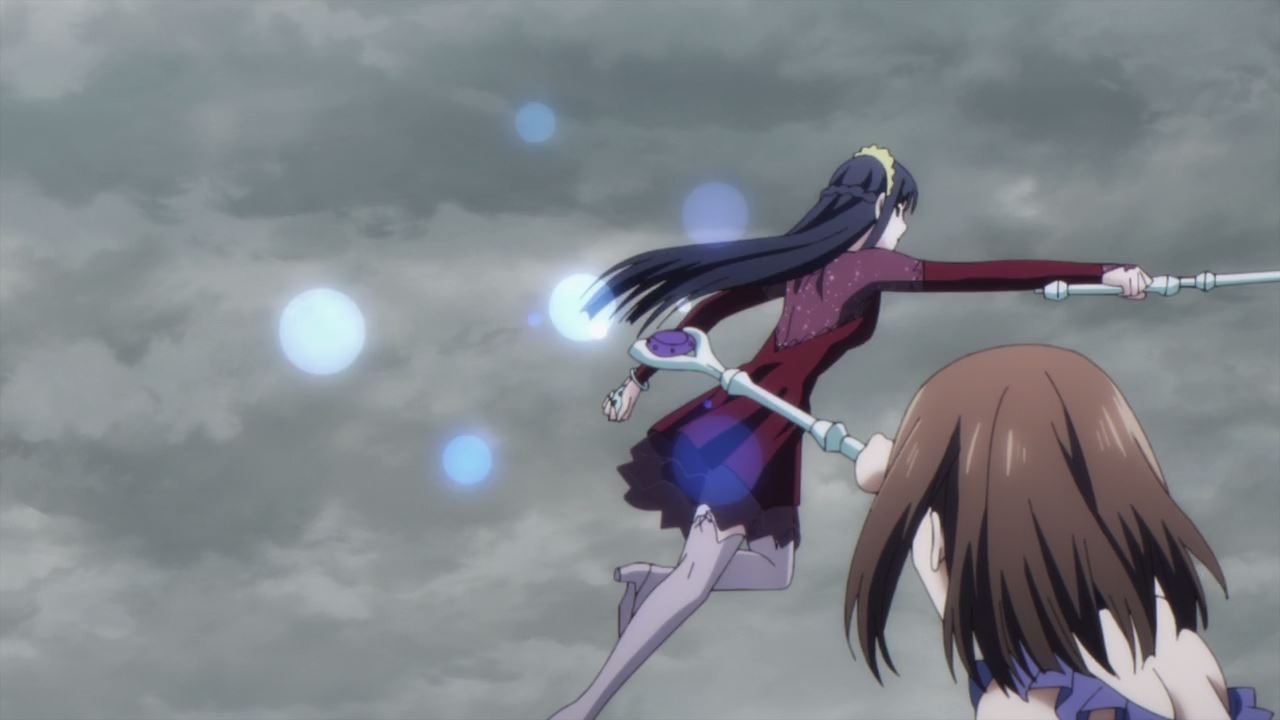 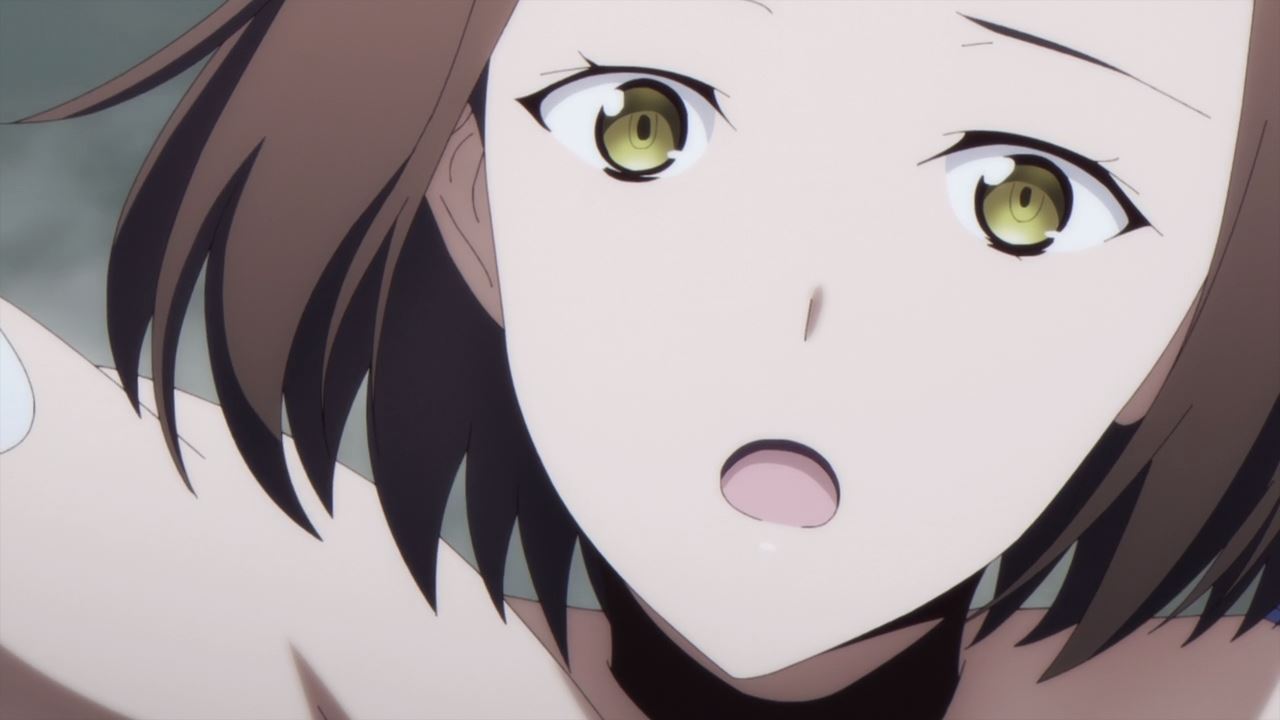 And as you can see, Saho Mizuo is stunned that Miyuki’s flight surpassed her high jump ability. With that said, looks like Miyuki will move onto the finals. 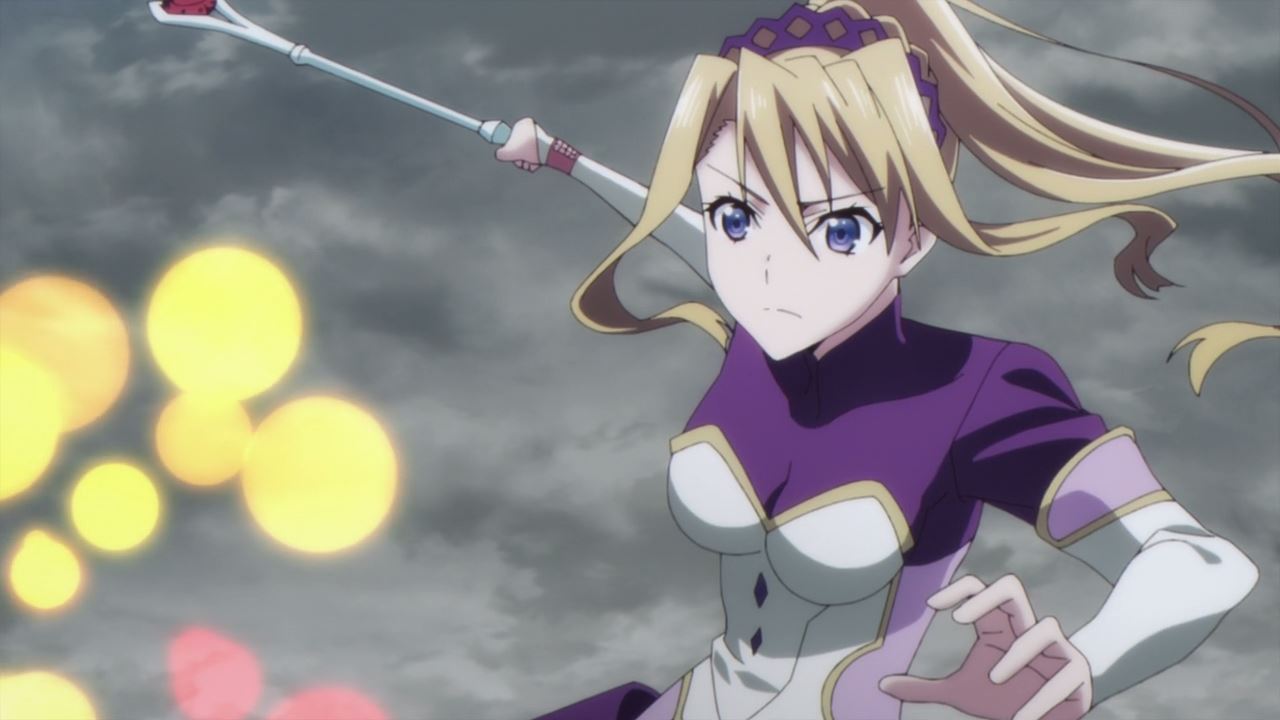 Of course, Miyuki will eventually face Airi Isshiki as she qualified in the finals. And speaking of Airi, she needs to come up with a strategy to stop Miyuki from scoring. 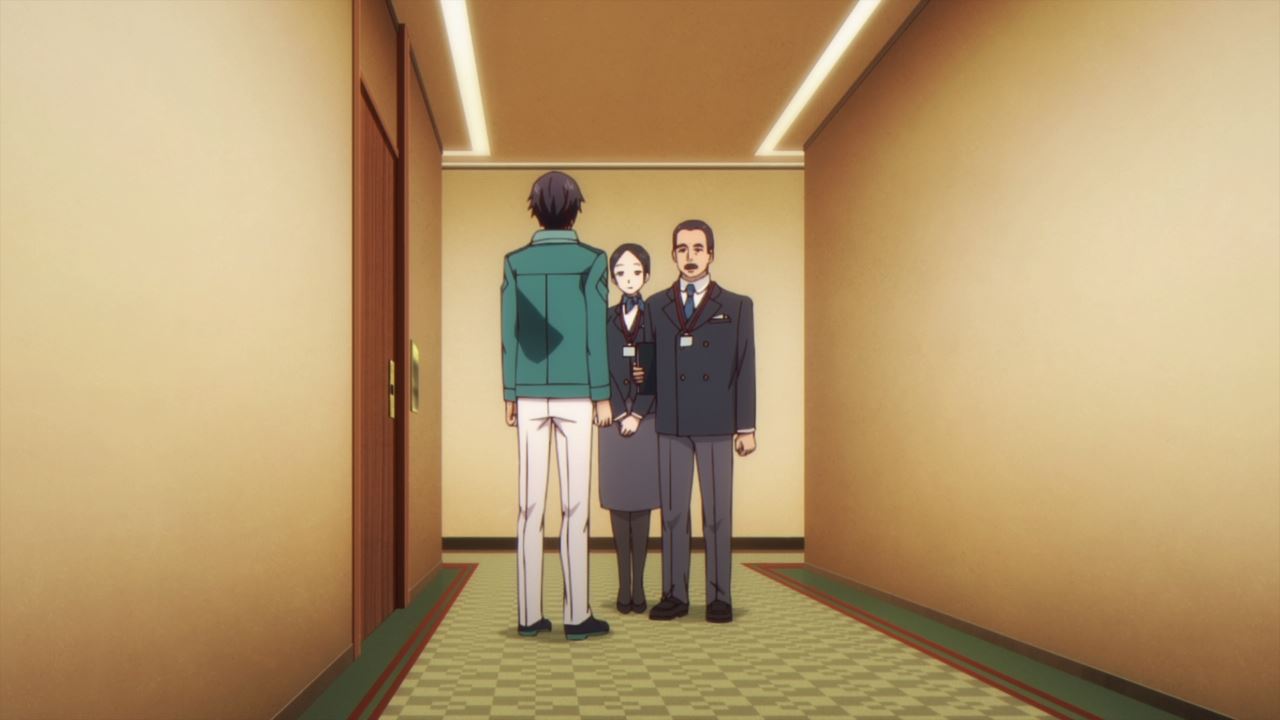 Meanwhile, it appears that the committee questioned Tatsuya regarding his flight magic as it should be published right away so that everyone can use that ability aside from Miyuki.

I don’t know if these officials are legit, but it appears that they don’t want First High School to have an unfair advantage against its competitors. You know what, they should worry about an outside party sabotaging the games. 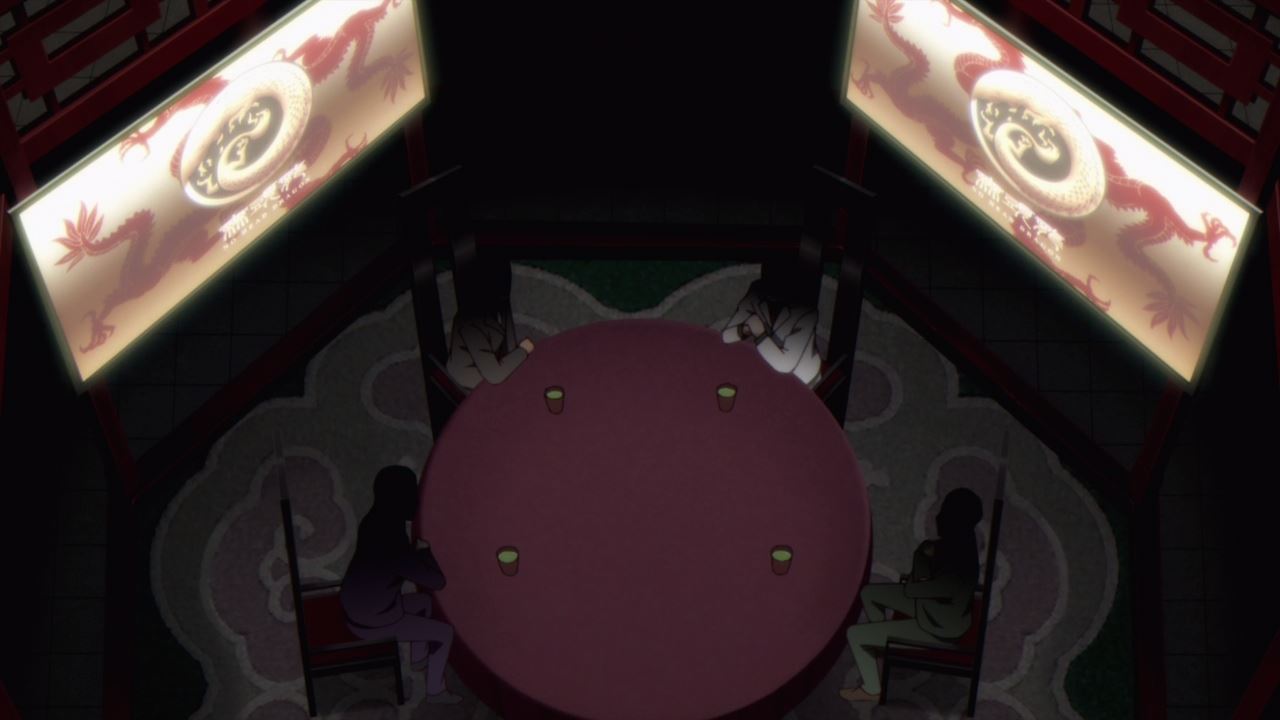 And speaking of No Head Dragon, they lost their patience that they’re gonna blow up the stadium that contains the Mirage Bat competitors.

Man, these fools need to learn that Tatsuya and his allies are gonna bust their gambling ring to smithereens soon enough. 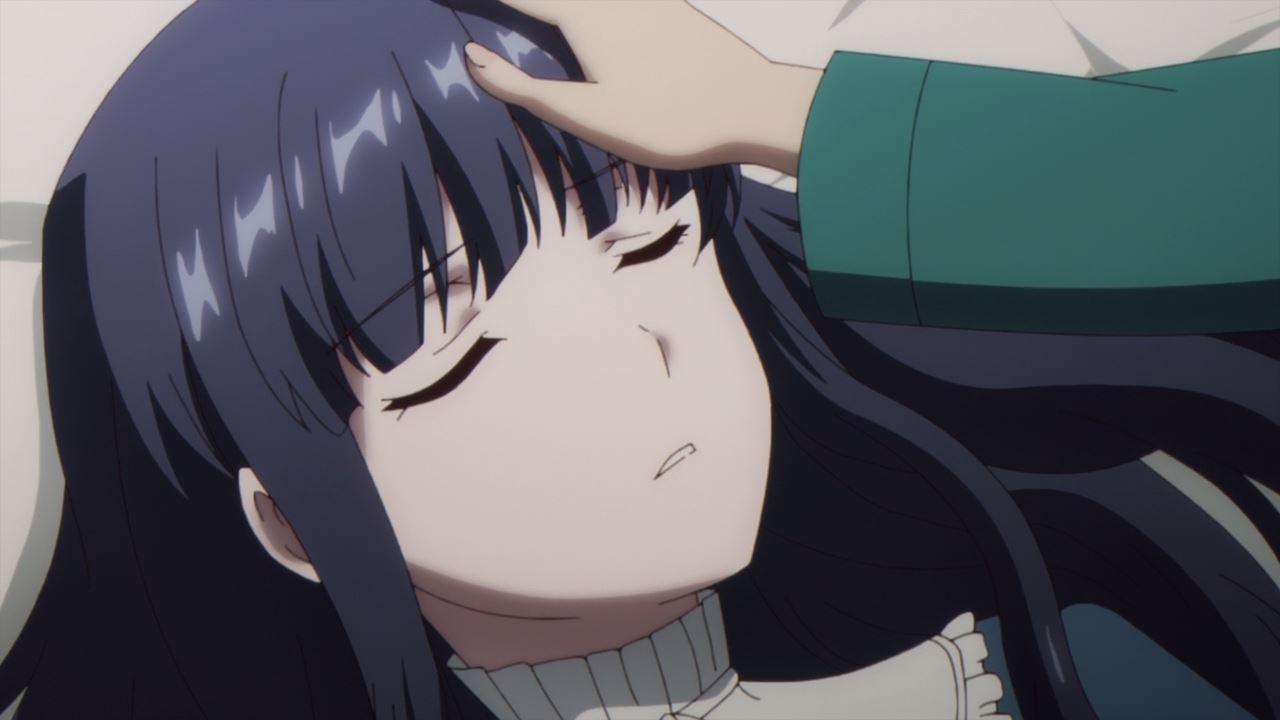 For now, Miyuki Shiba will need some plenty of sleep in order to be in tip-top shape for the Mirage Bat finals. 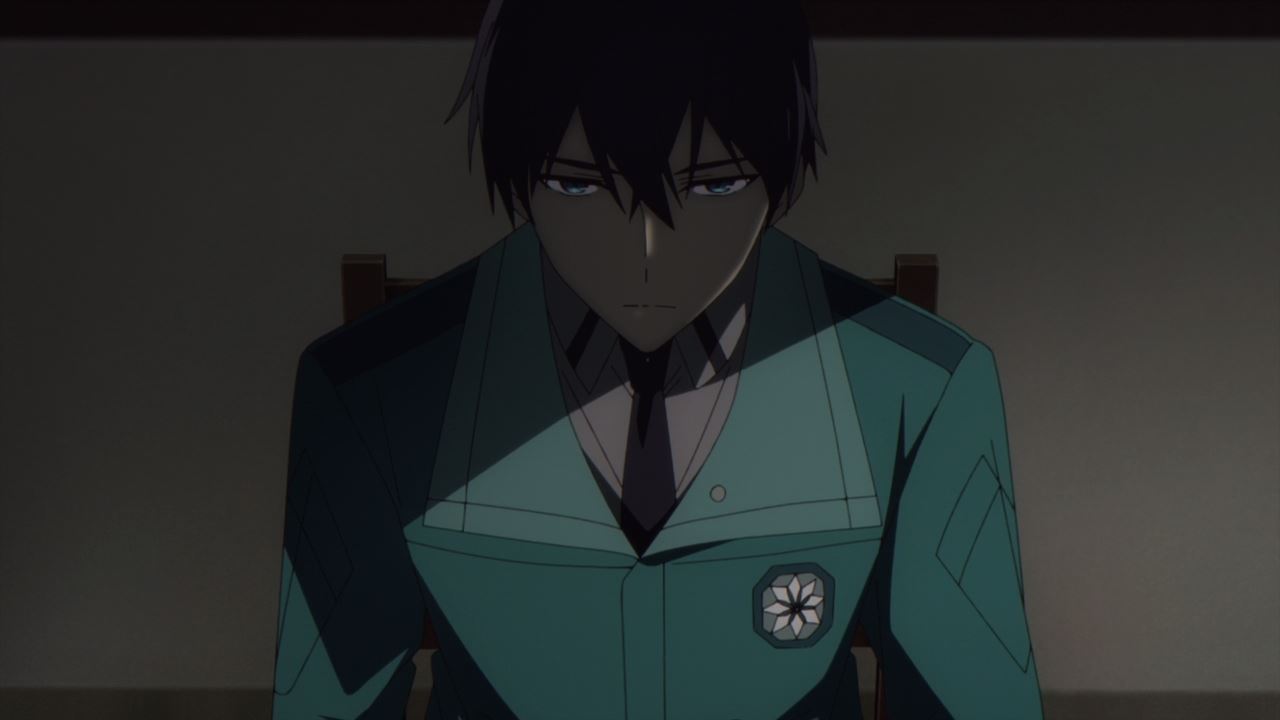 But as for Tatsuya Shiba, he’ll take the entire No Head Dragon himself as he doesn’t want Miyuki getting into a freak accident. Of course, if you want to know the aftermath of that criminal organization, please watch Season 1 of Mahouka Koukou no Rettousei.

Anyways, see you next time for the final episode where Airi Isshiki and Miyuki Shiba will fight to see who’s the best magician in Nine Schools Competition.