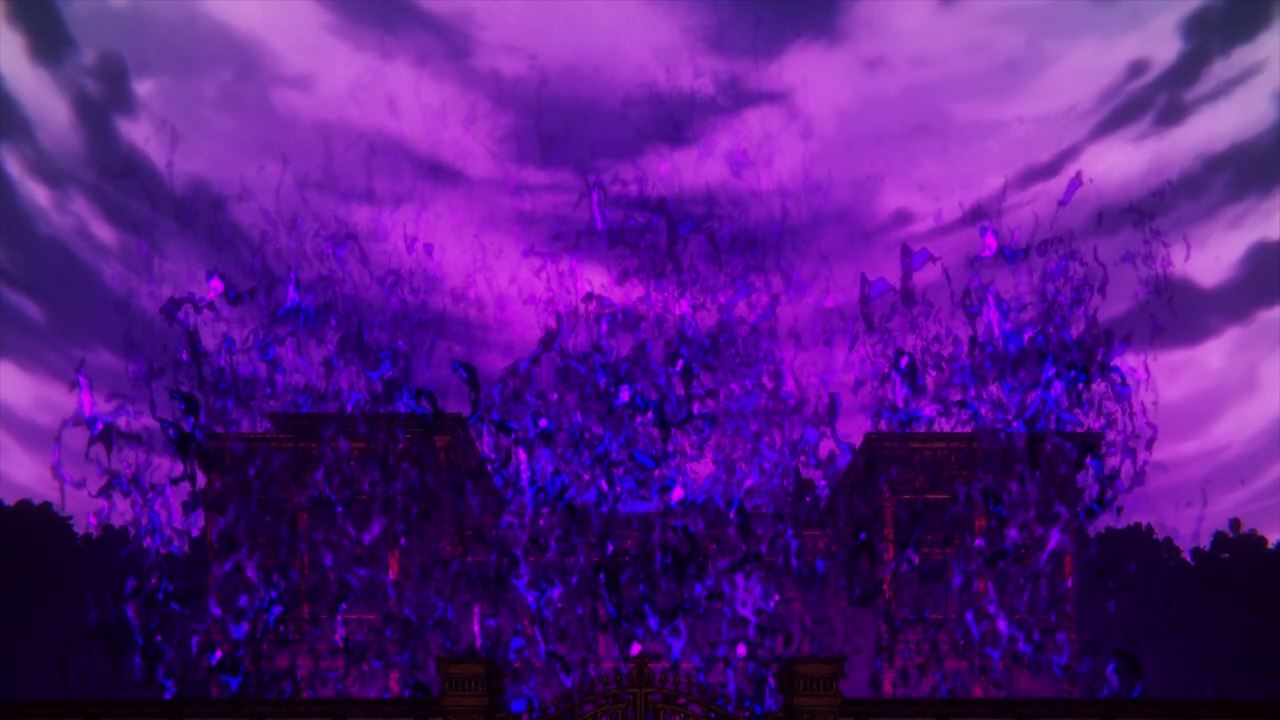 Well my friends, looks like this penultimate episode is really ominous with that dark magic energy emanating from that abandoned mansion over there. Does it remind you of the final episode of HameFura Season 1? 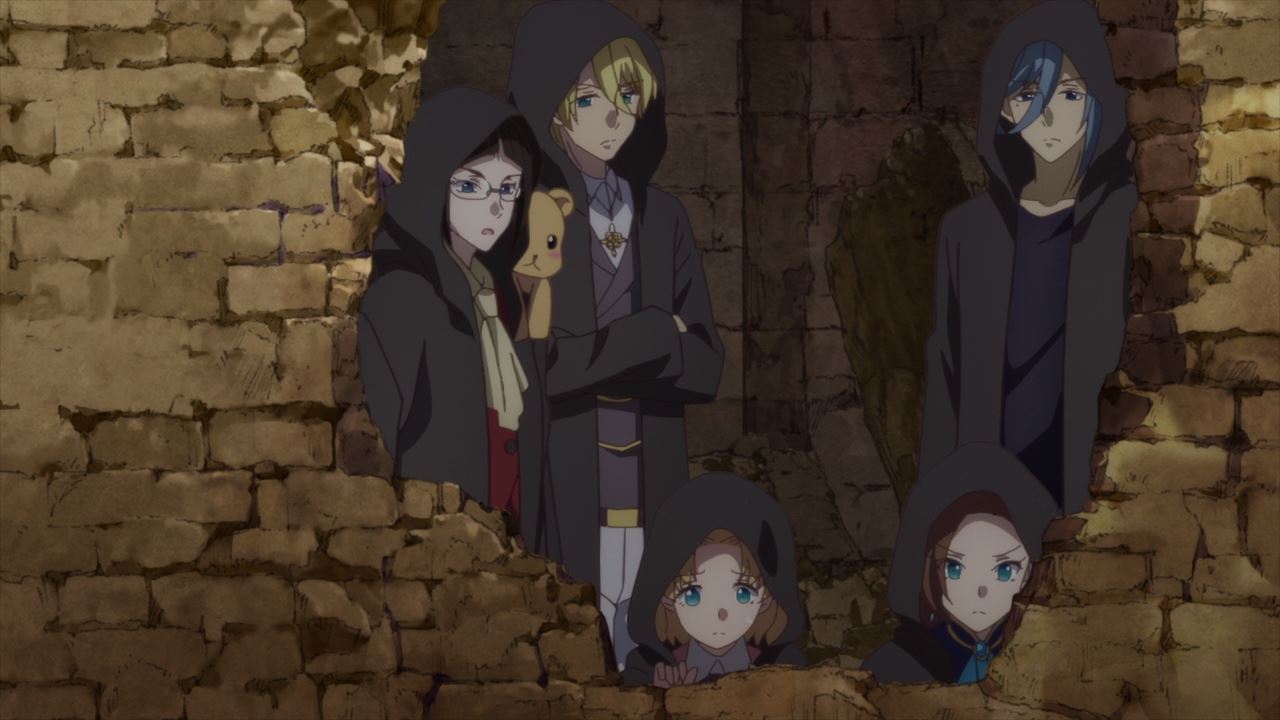 Of course, going inside the mansion is one dangerous task and while Catarina Claes is eager to go there, someone needs to distract the guards. Luckily, both Larna Smith and Sora will grab the guards’ attention with their magic.

By the way, I wonder what happened to that mysterious woman who used dark magic towards Keith Claes? 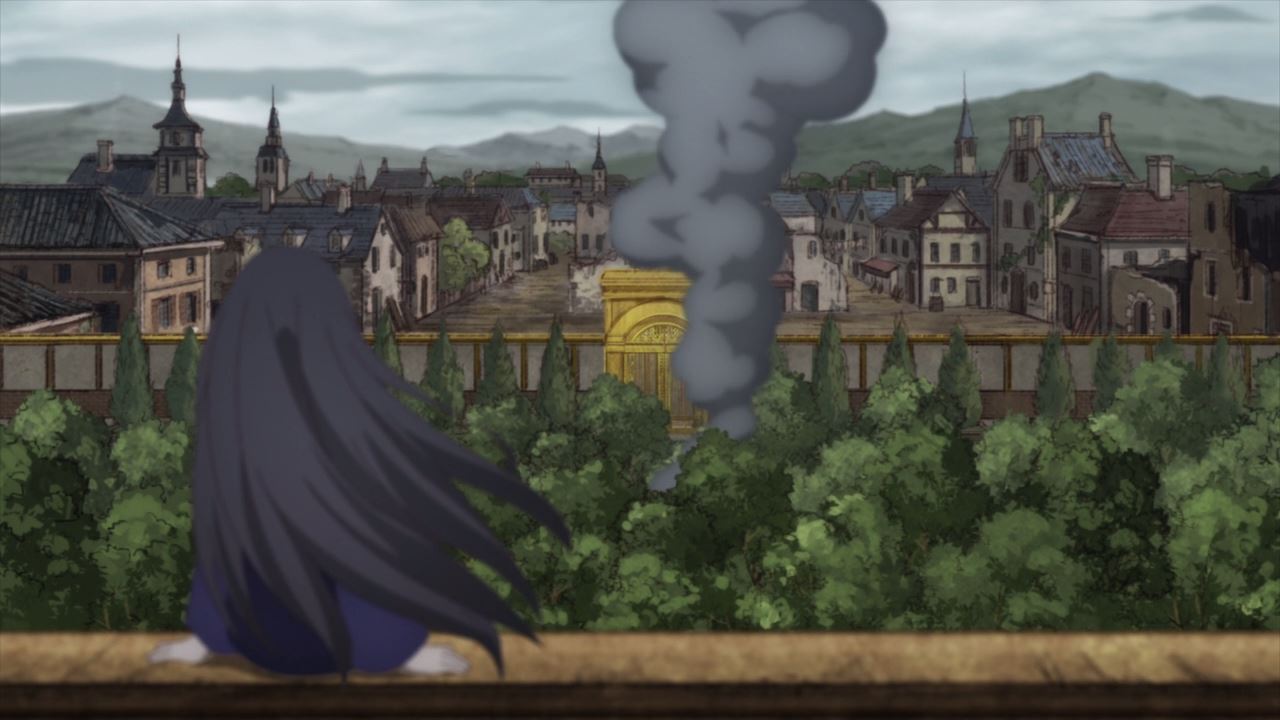 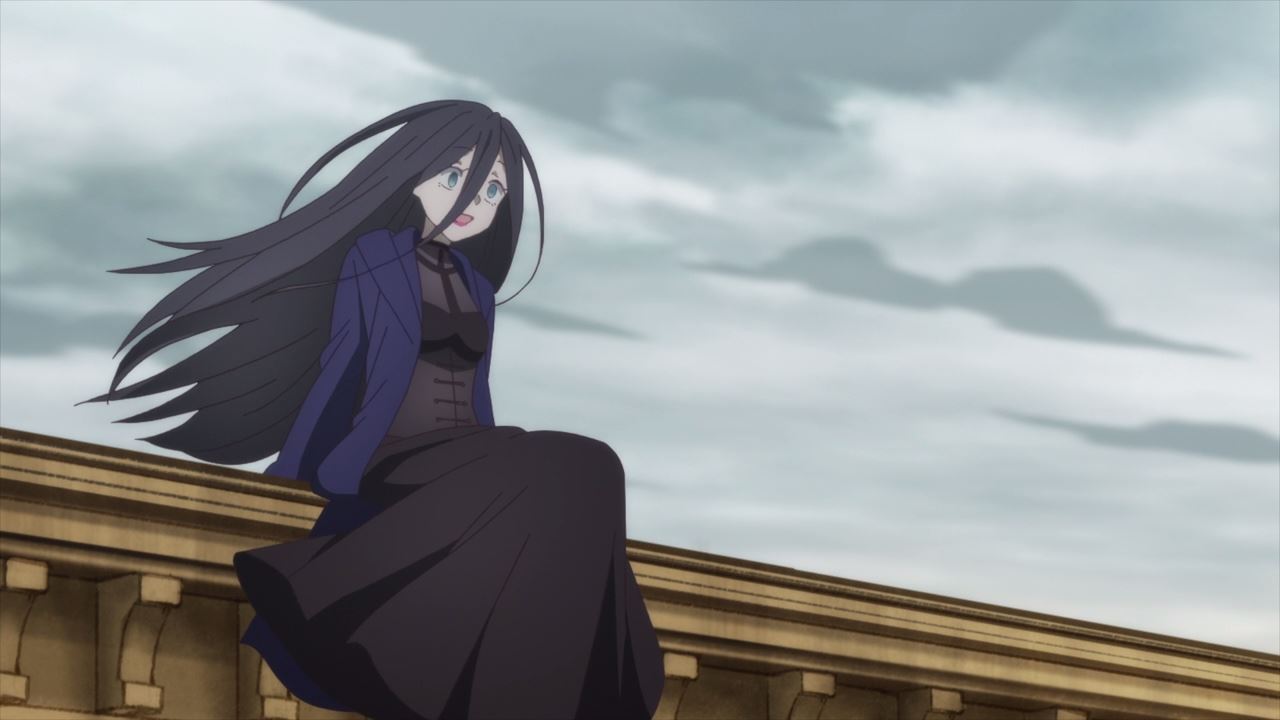 Oh, she’s outside the mansion. Dammit, I want some sweet justice against this mysterious woman for hurting Catarina’s brother! Well then, time to storm the mansion… 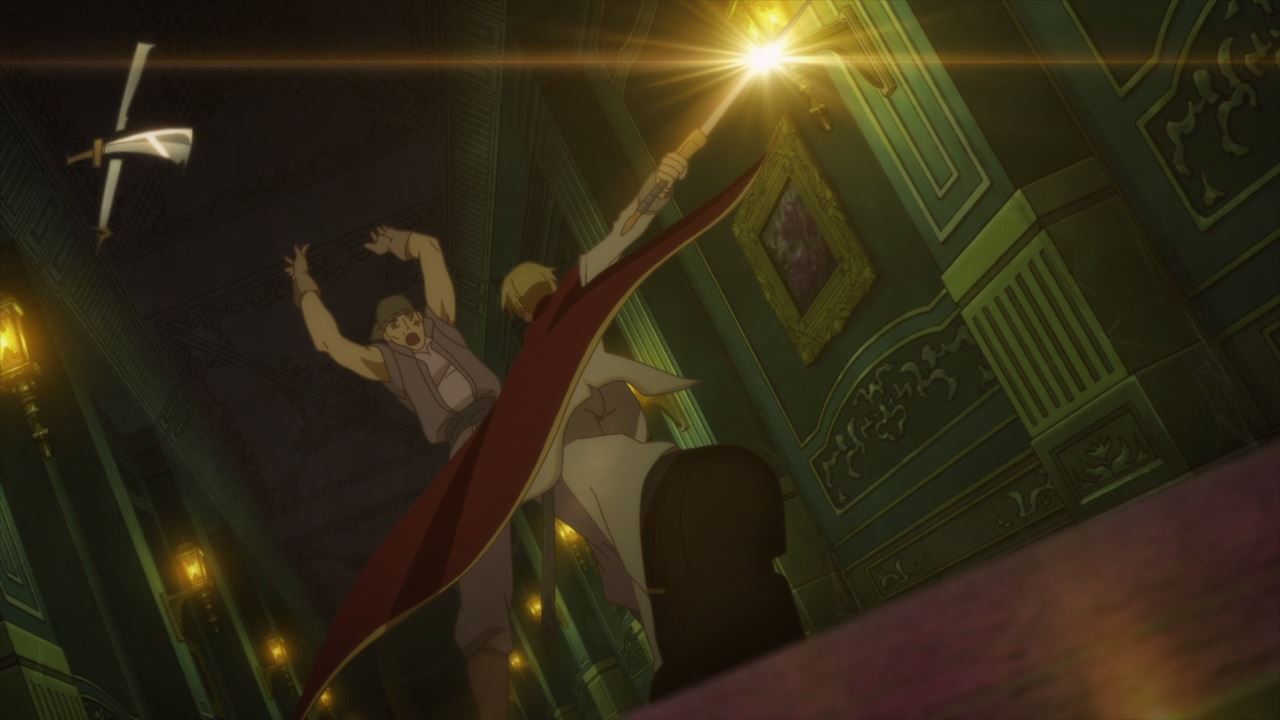 Then again, it looks like the raid is really a cakewalk where Geordo Stuart and Sora just take out those guards without even trying. 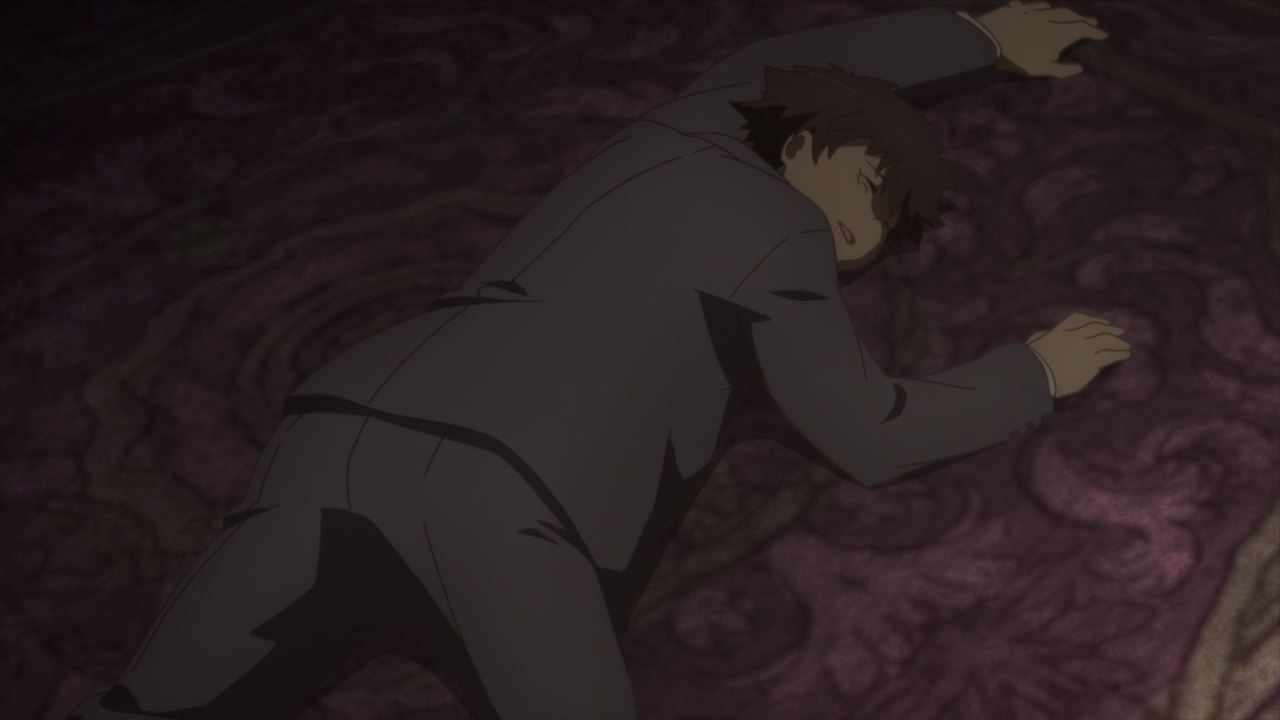 As they go deeper into the mansion, they noticed a man lying at the carpet. I wonder if he’s the owner of this abandoned mansion? 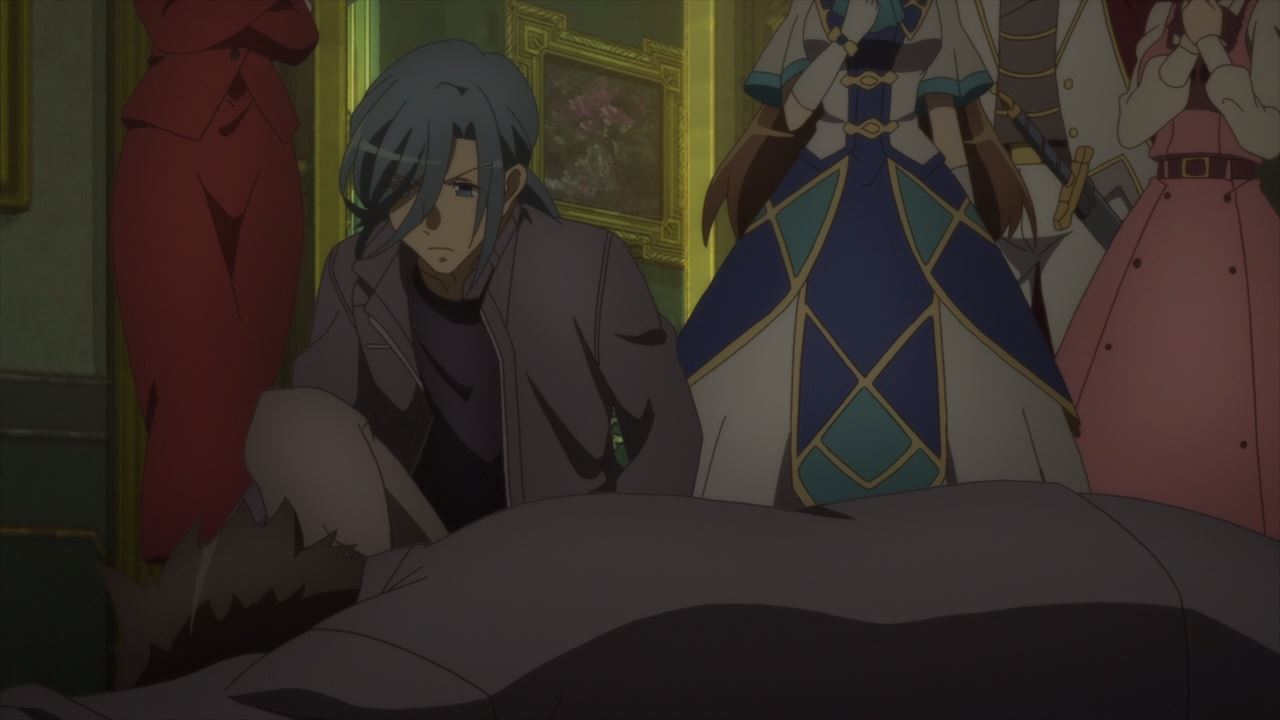 Anyways, time for Sora to interrogate this man where he happened to be a former noble named Thomas Coleman. 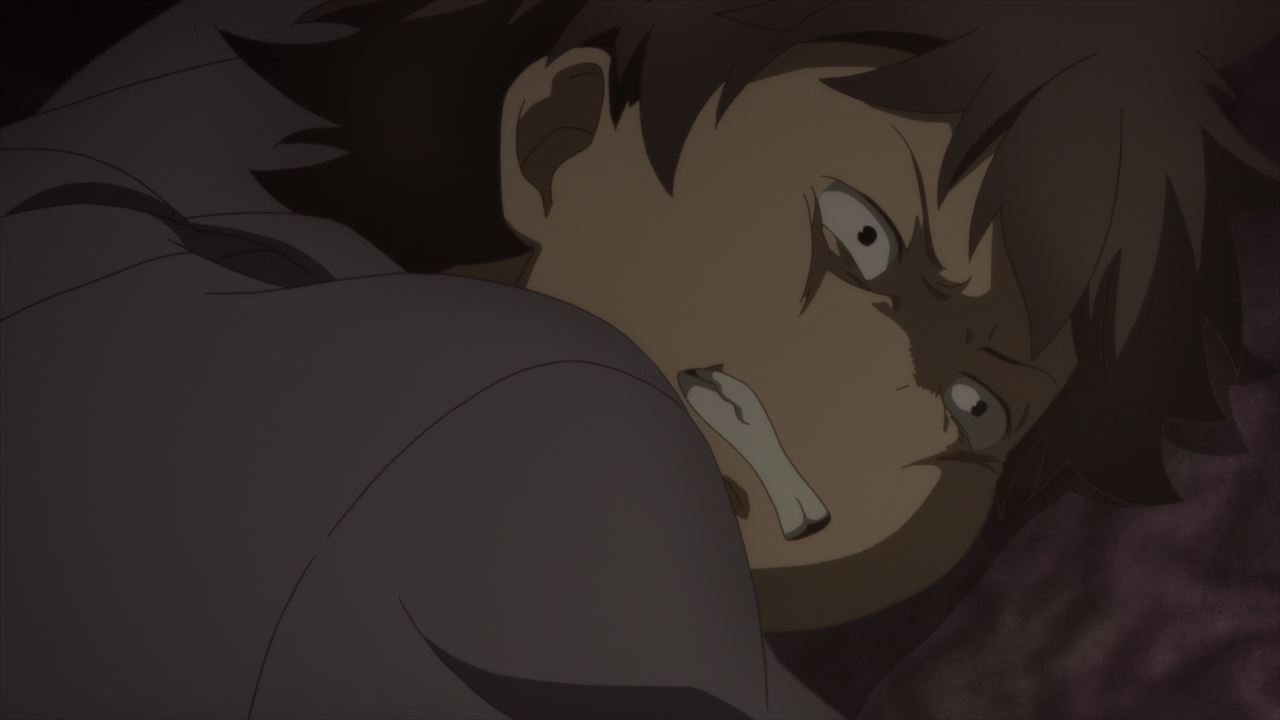 And here’s the thing though as Thomas wanted to make Keith Claes suffer simply because his half-brother took everything from him, right down to his nobility.

Then again, it appears that Thomas Coleman is being used by that mysterious woman, therefore his role has ended pretty quickly. What a shame! 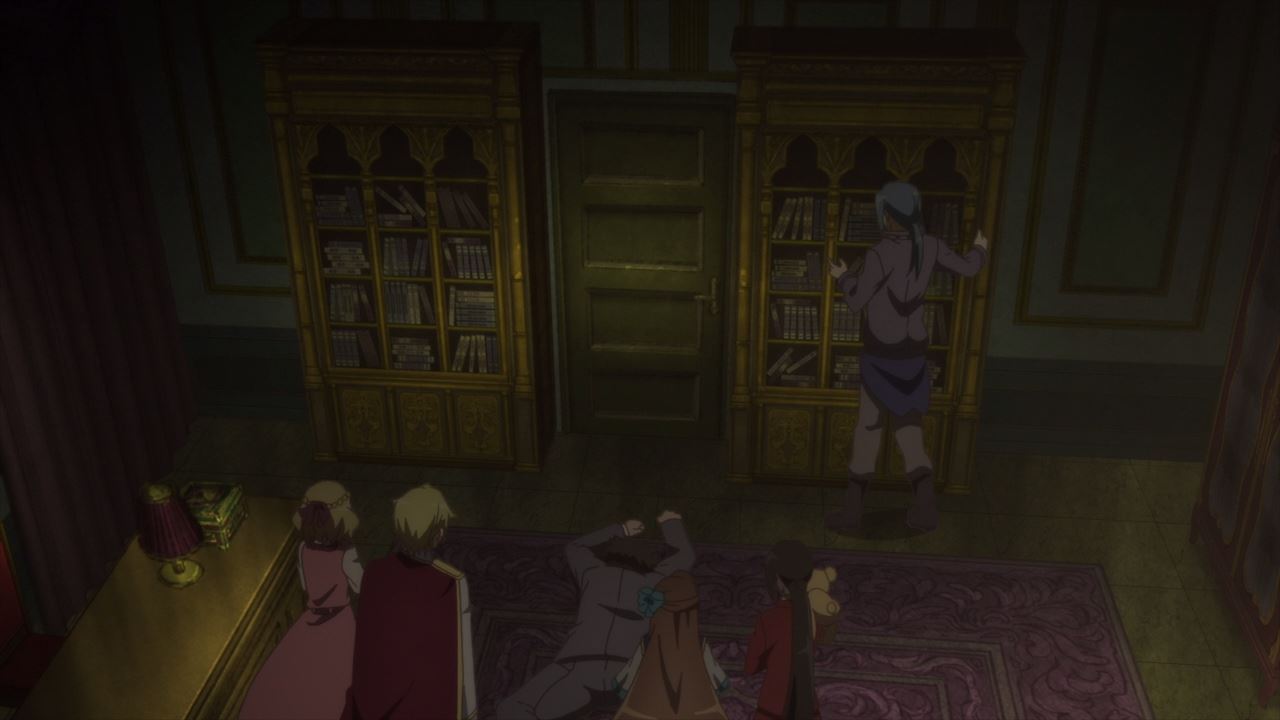 Anyways, looks like Sora found a door hidden beneath the bookshelf. Of course, what lies there emits a dark and ominous aura. 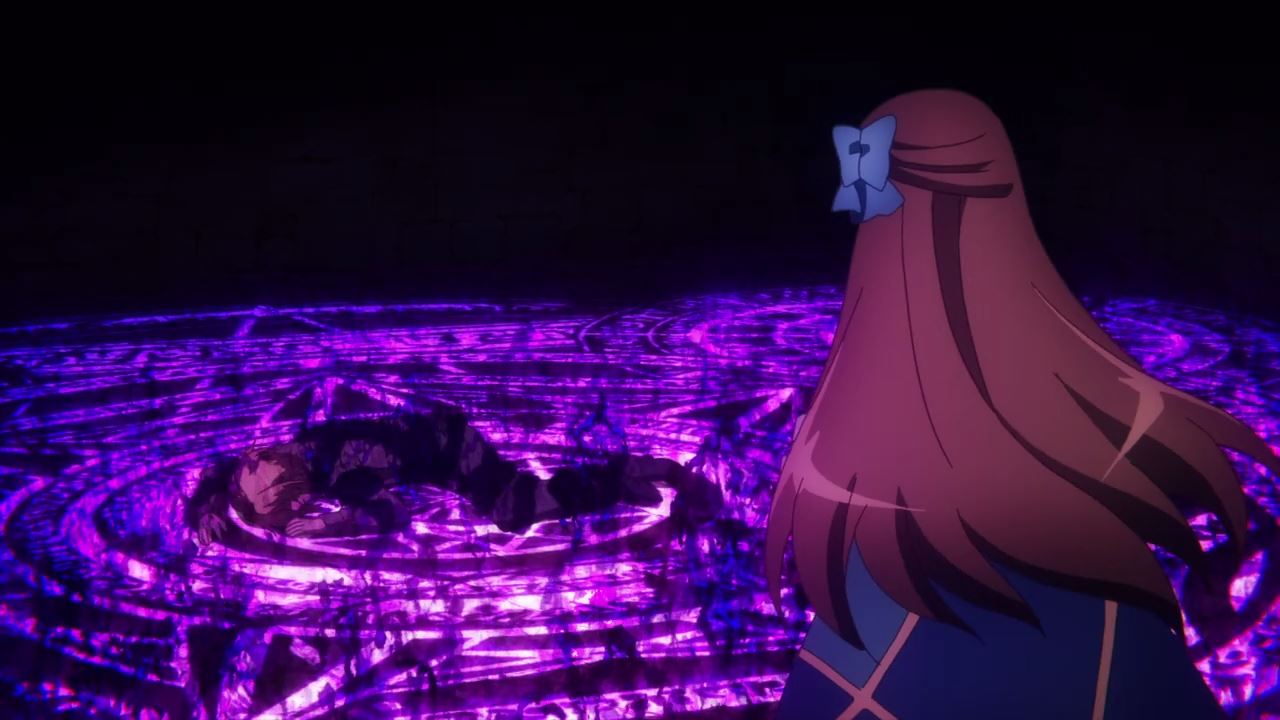 With that said, they finally found Keith Claes where he couldn’t wake up due to dark magic. Man, Catarina and her harem is too late to save him. 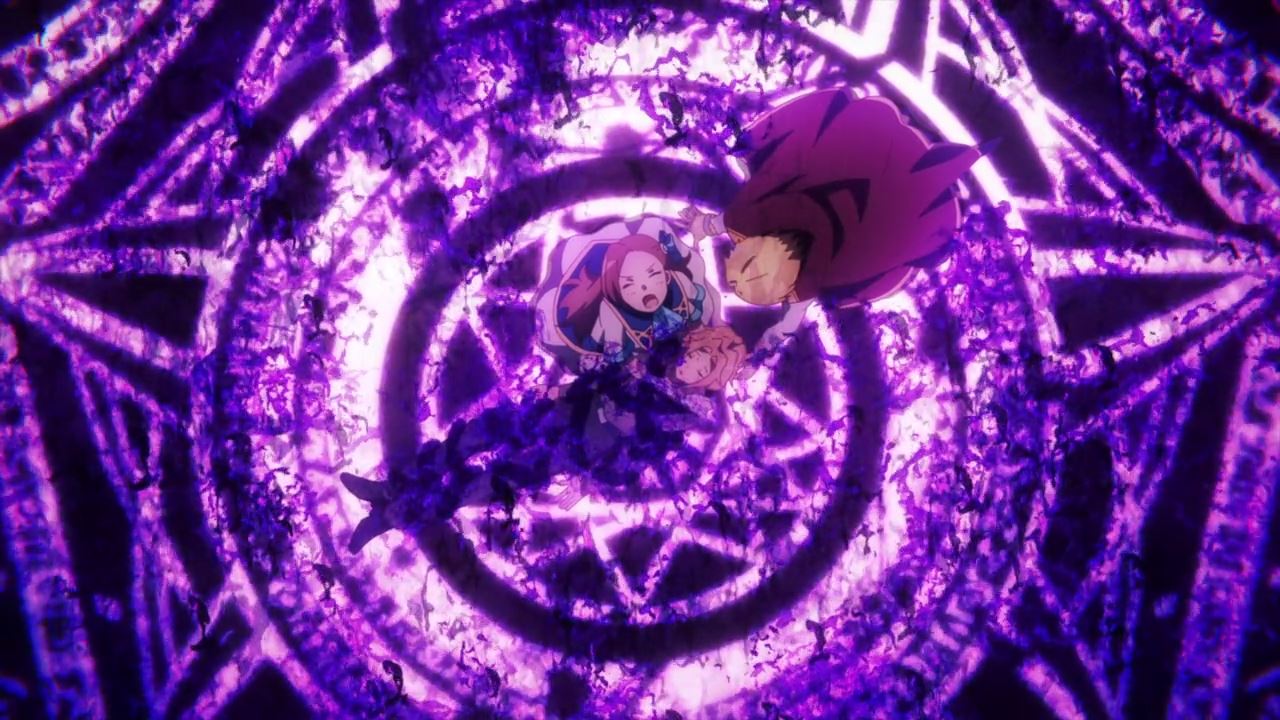 And speaking of the villainess, all she can do is to wail on her brother as Keith can no longer wake up from his nightmare… or is it? 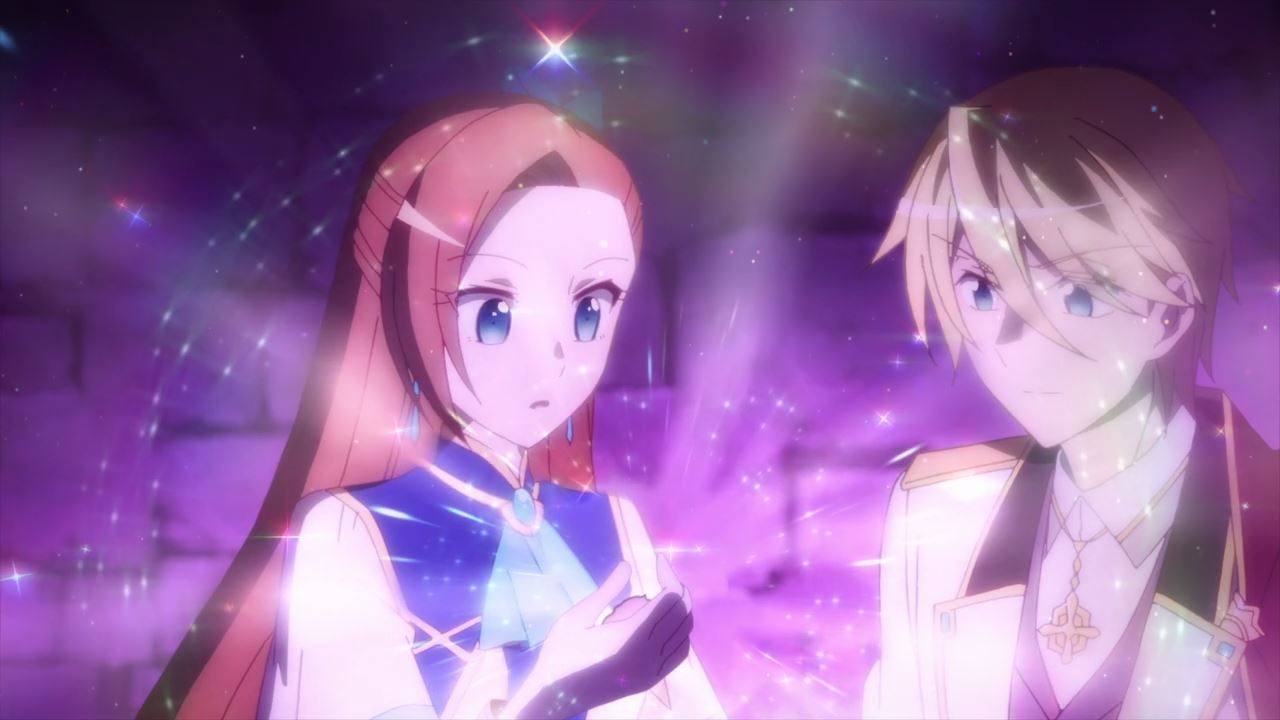 Well, turns out that there’s a chance that Keith Claes can wake up as a certain item just suddenly activated. 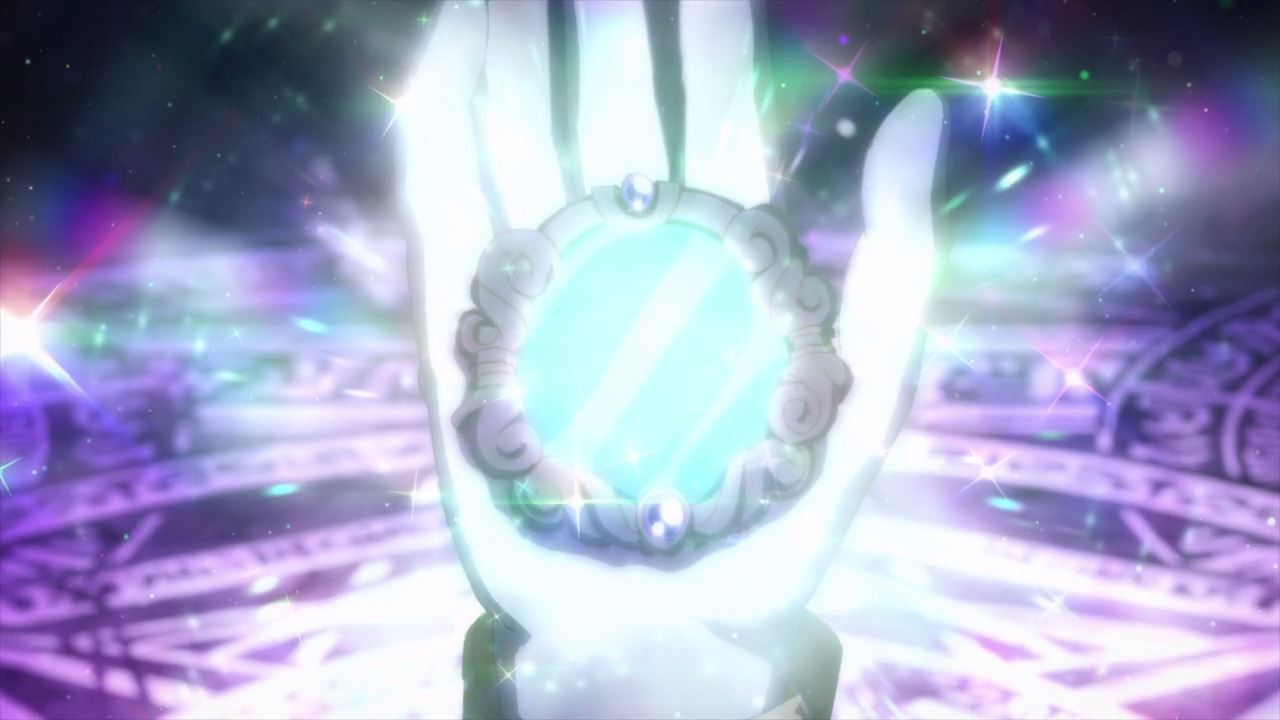 Remember this mirror-like item that Geordo Stuart bought it for his fiancé back in Ep. 9? Well this item is actually useful for making dark magic visible to the naked eye. 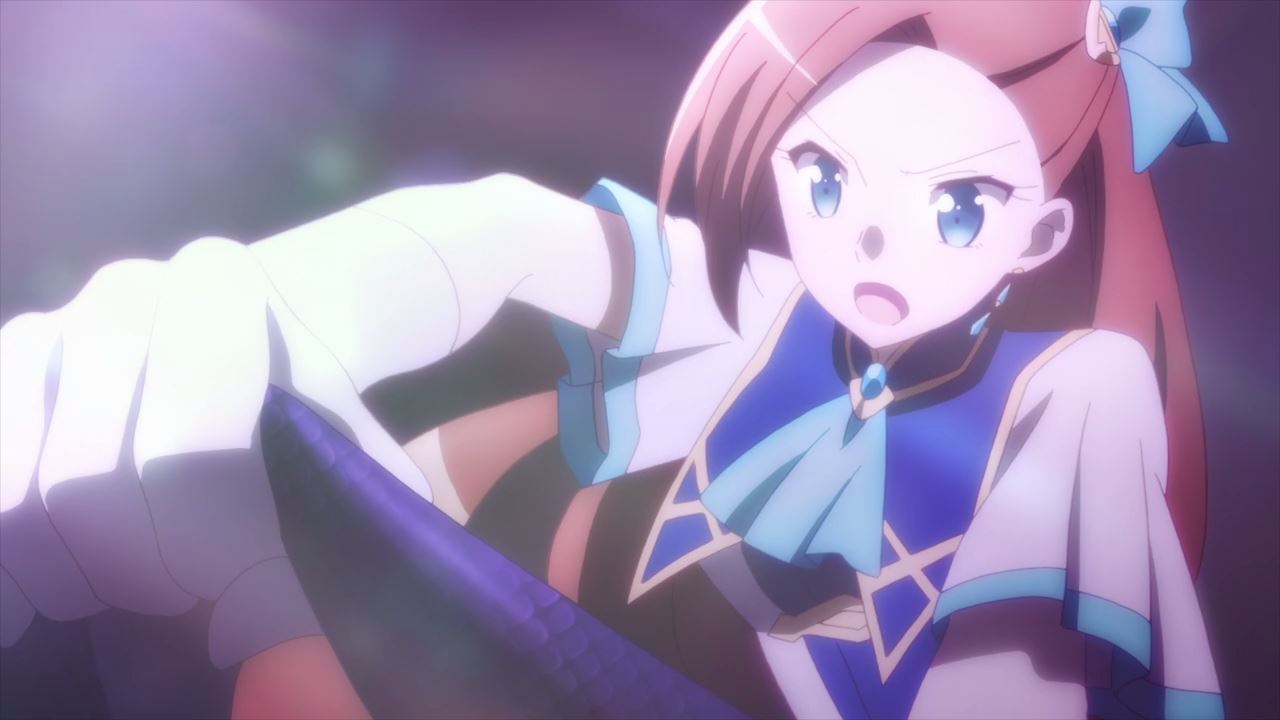 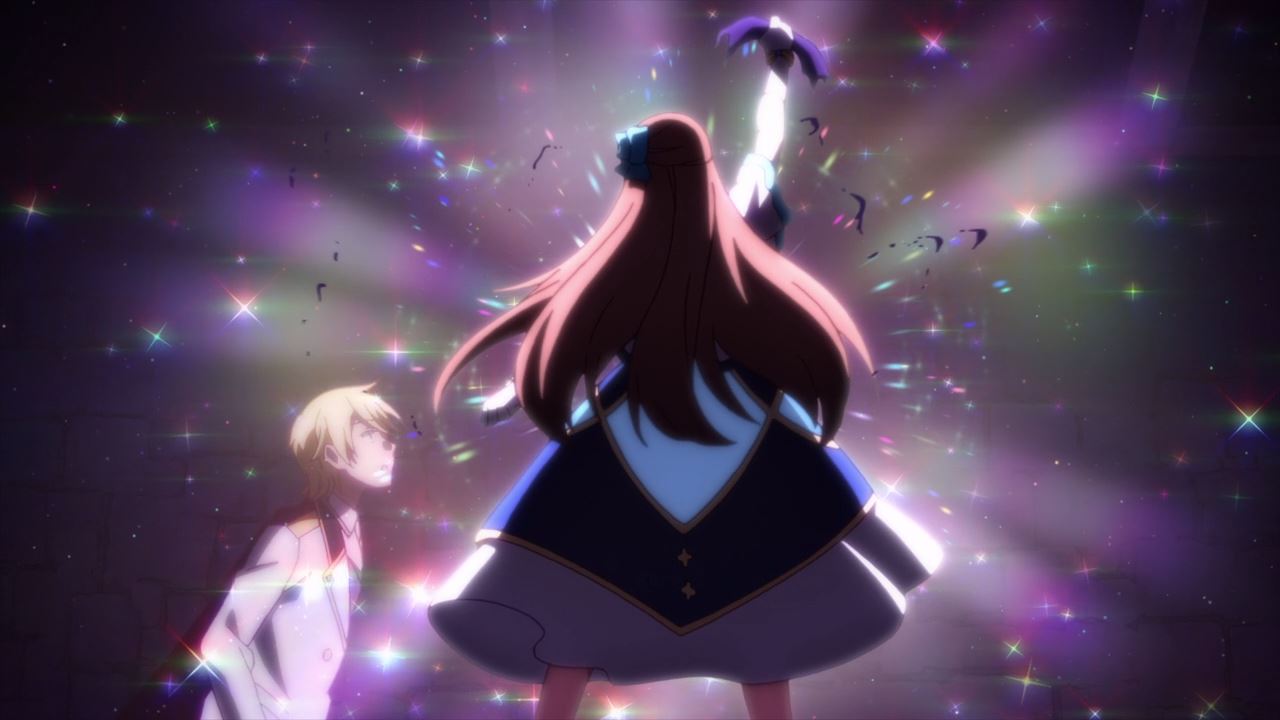 And thanks to that mirror? Catarina Claes can finally set Keith free from dark magic as she pulled snakes from her brother’s body.

Really unusual that snakes represents dark magic where it should be some goo-like miasma. Whatever, let’s wake Keith up! 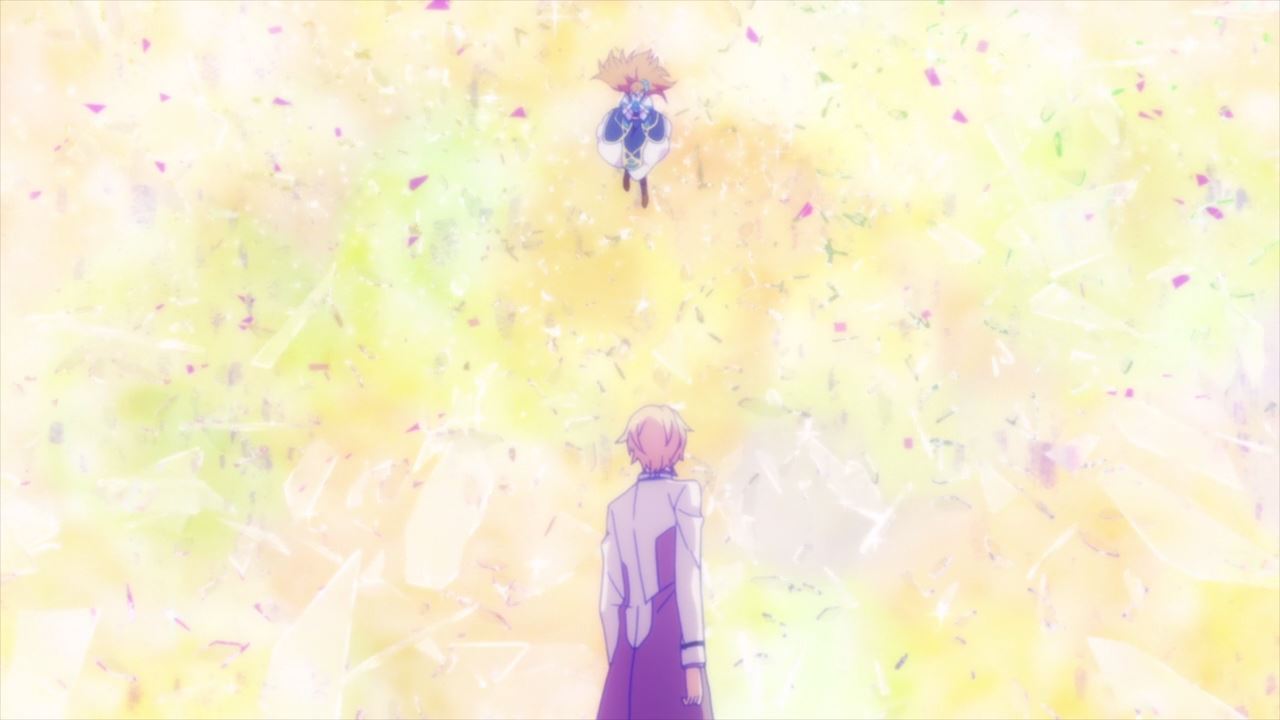 And so, Catarina arrived at Keith’s dream where he’s no longer lonely anymore. After all, he has a family to return to compared to his past life. 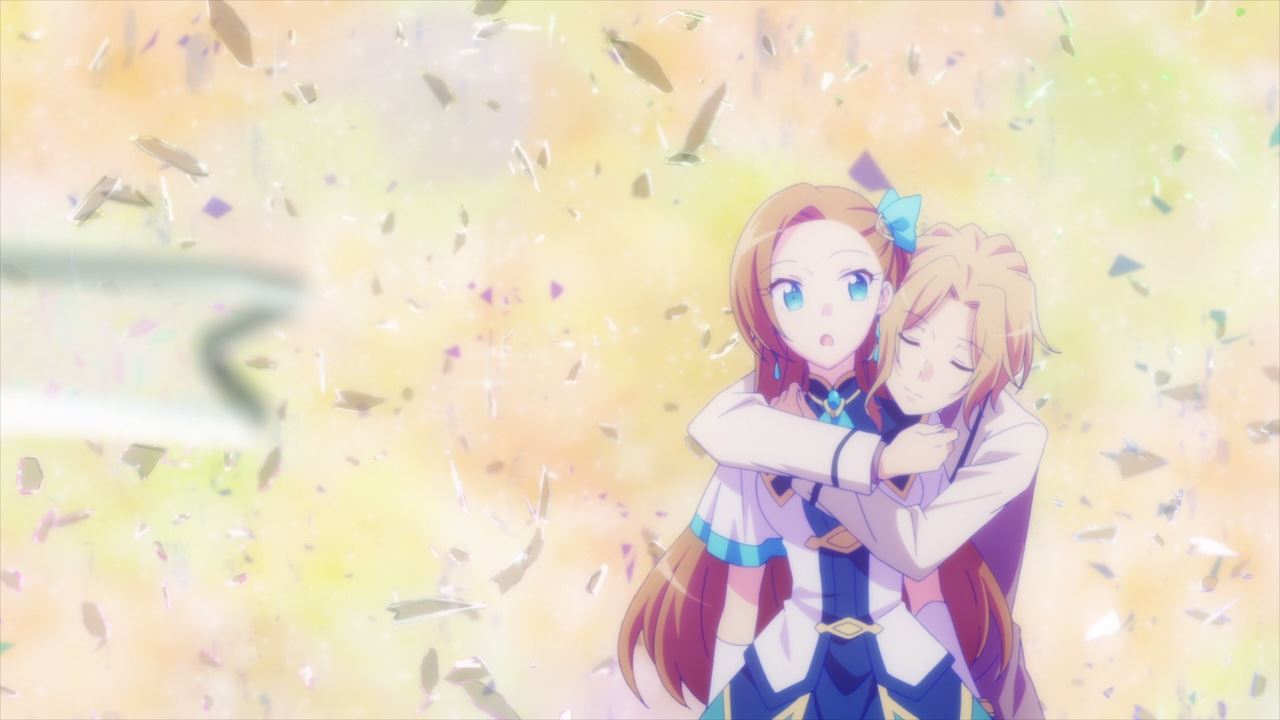 But really, I love the sibling bond between Keith and Catarina as the villainess saved her brother from despair. How sweet this is? 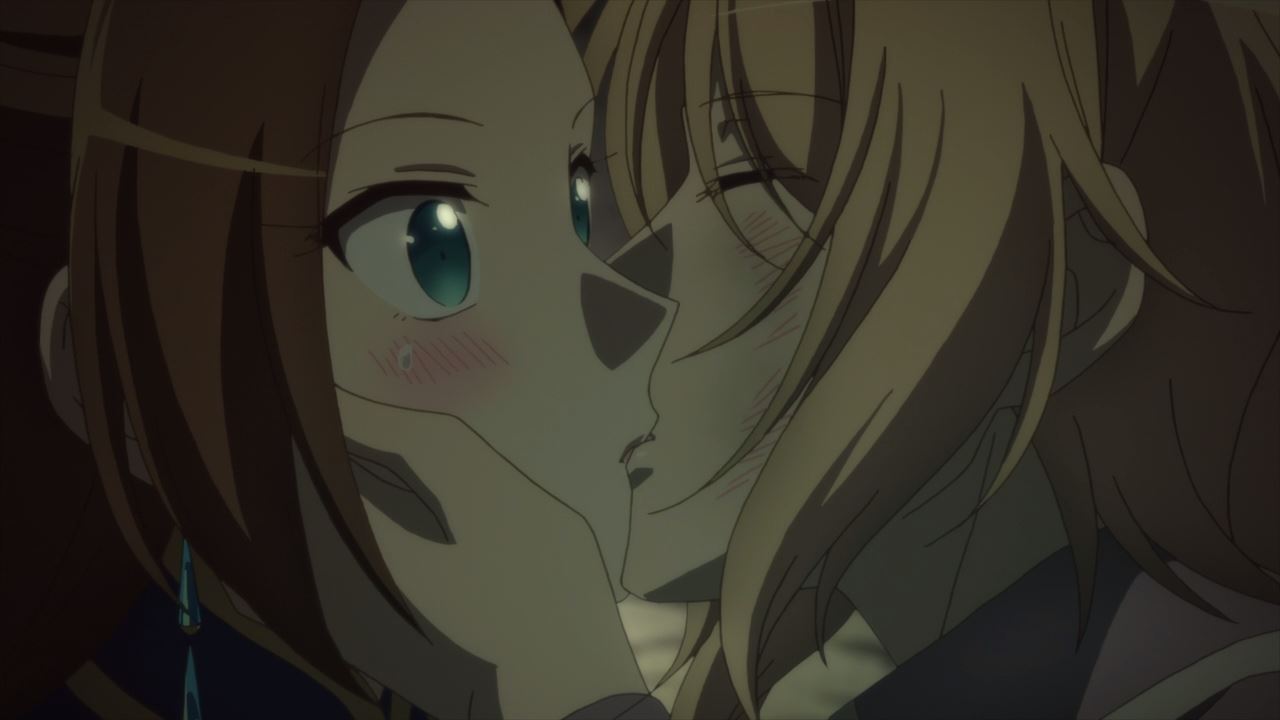 Then again, let’s not forget that Keith has romantic feelings for Catarina as he kissed his sister. How bold this guy is! 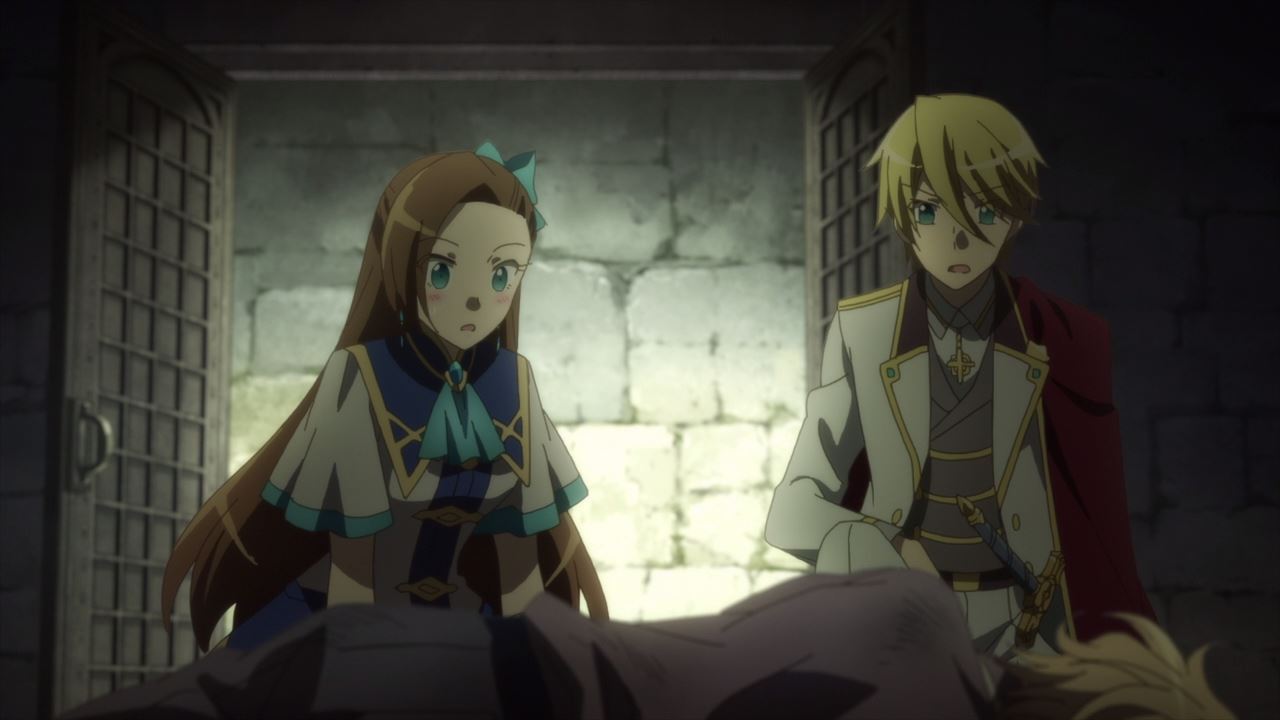 Anyways, Keith Claes fell down again after kissing his sister, although he’s free from dark magic thanks to Catarina’s love.

Of course, I’m worried about Geordo Stuart as I have a bad feeling that he might murder Catarina’s brother for that indecent kiss. Please Geordo, I don’t want you to be the next villain! 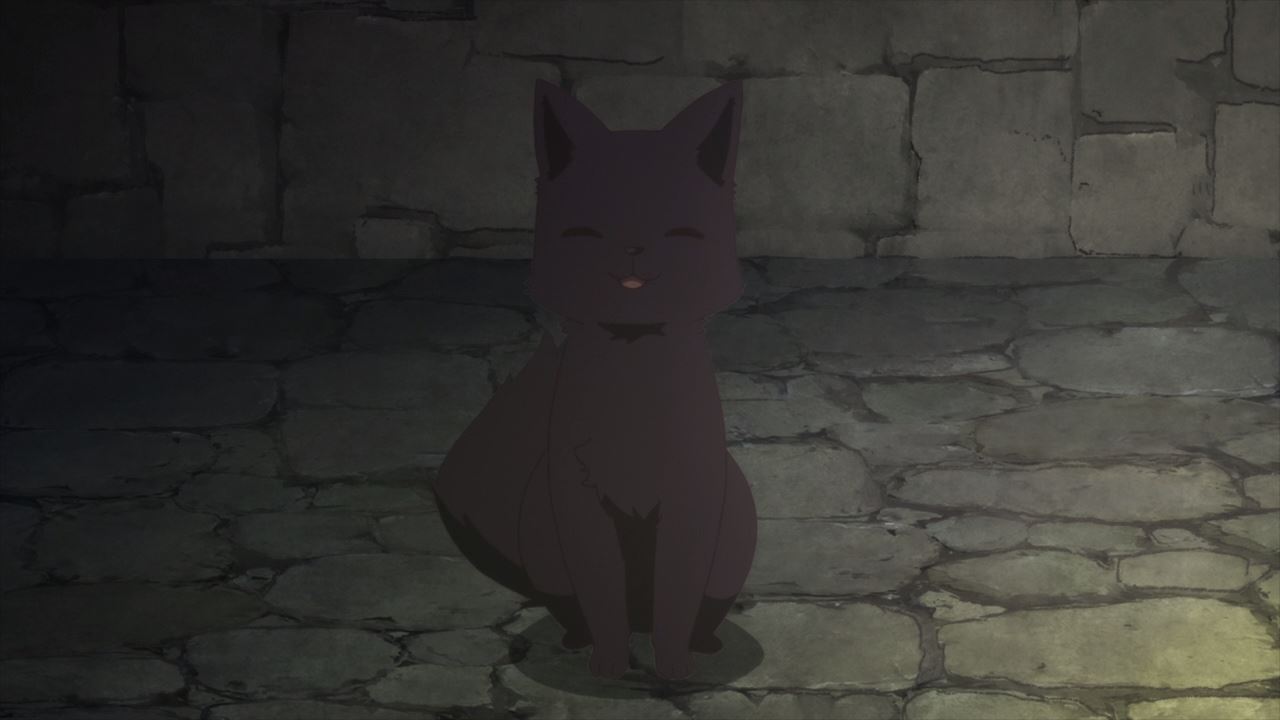 Oh yeah, turns out that the remnants of dark magic has transformed into a cute puppy in which it’s very fond towards Catarina Claes. Okay, what’s going on here? 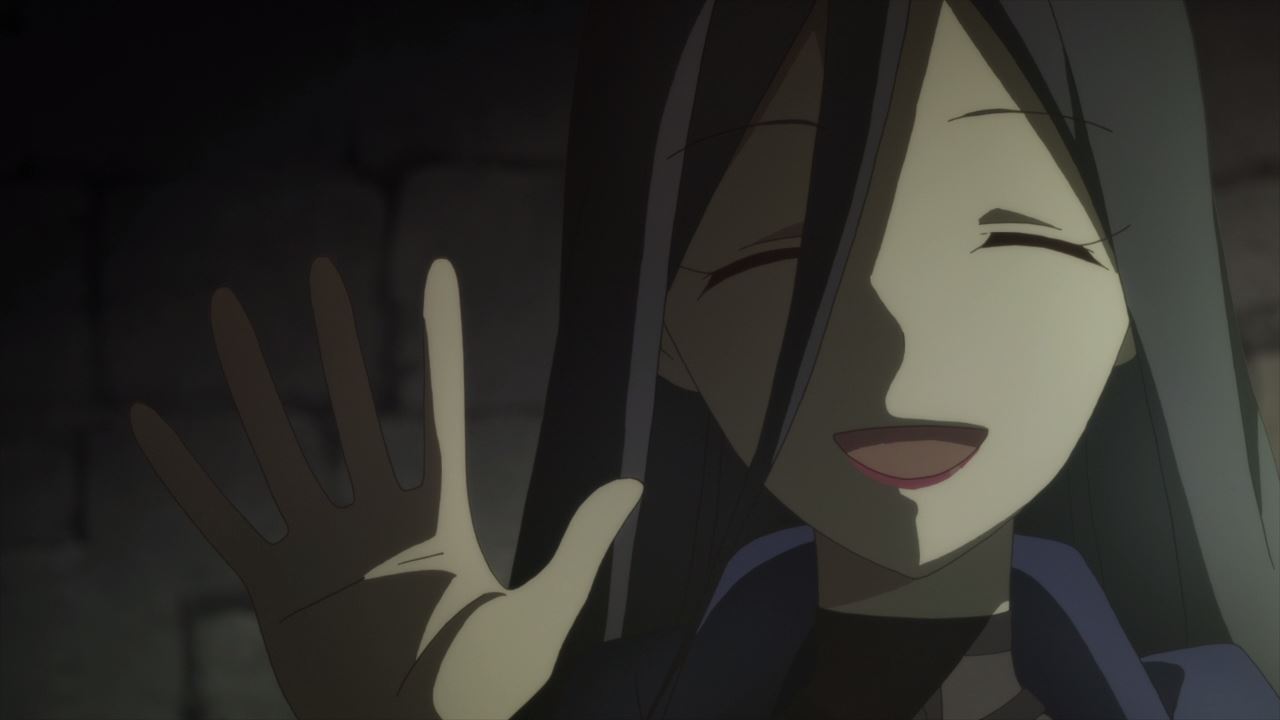 Also, here’s the mysterious woman who calls herself as Sarah where she intends to summon a dark familiar by using Keith Claes’ despair, although it didn’t work out in the end if it wasn’t for Catarina’s intervention. 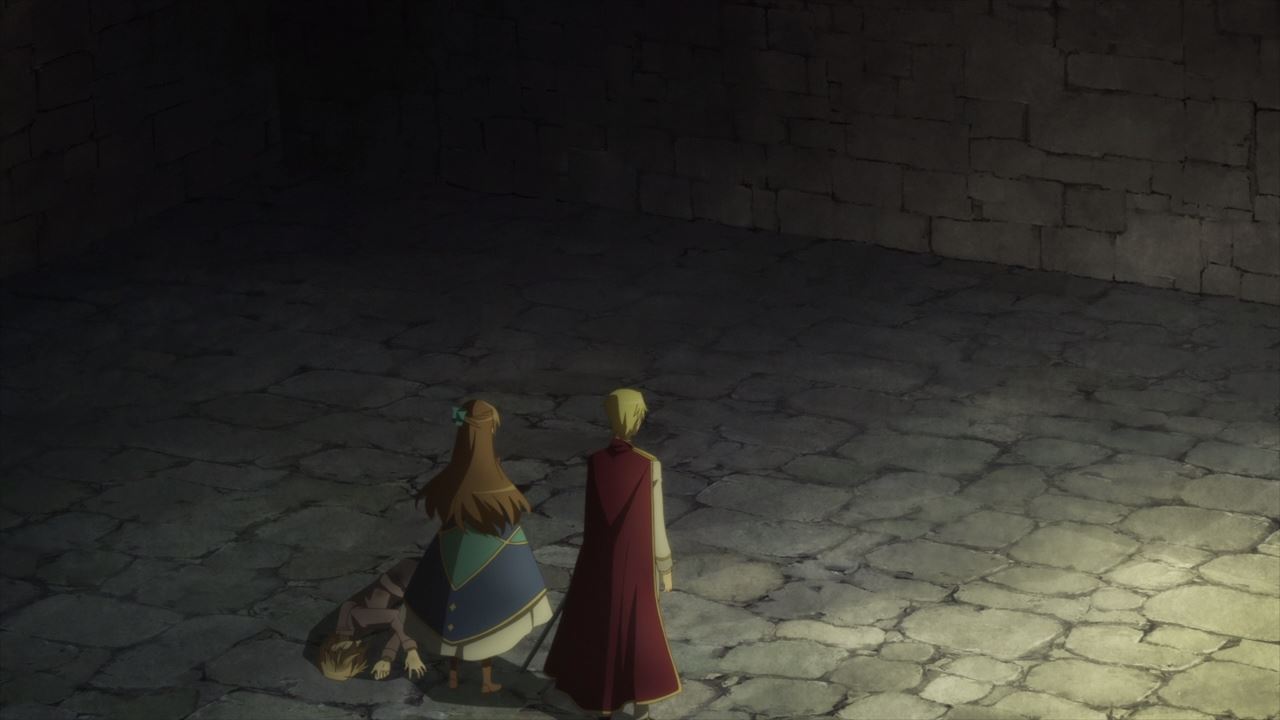 Unfortunately, Sarah left the building in a jiffy which leaves both Catarina and Geordo really confused on what the fuck happened. Seriously, she can’t get away with kidnapping Keith! 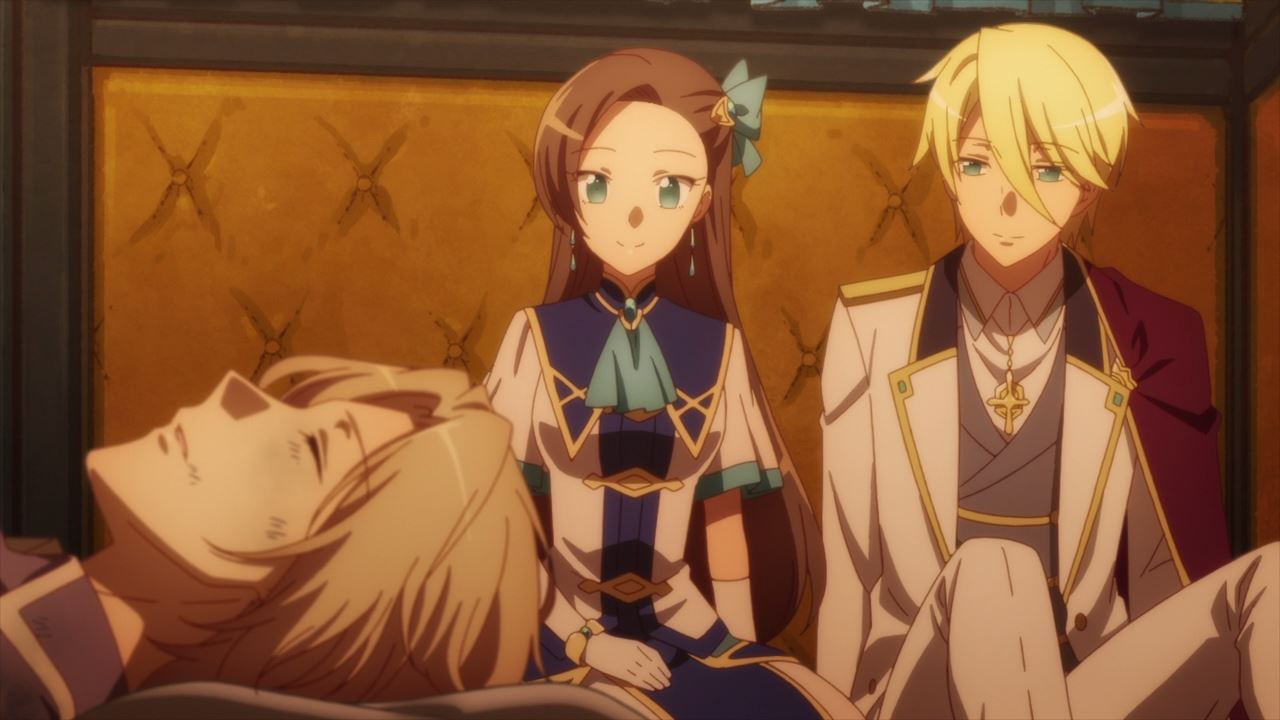 And so, the case of Keith’s disappearance has ended where Catarina and her harem have finally rescued her brother. While Keith was really injured due to torture, at least he’s still alive. 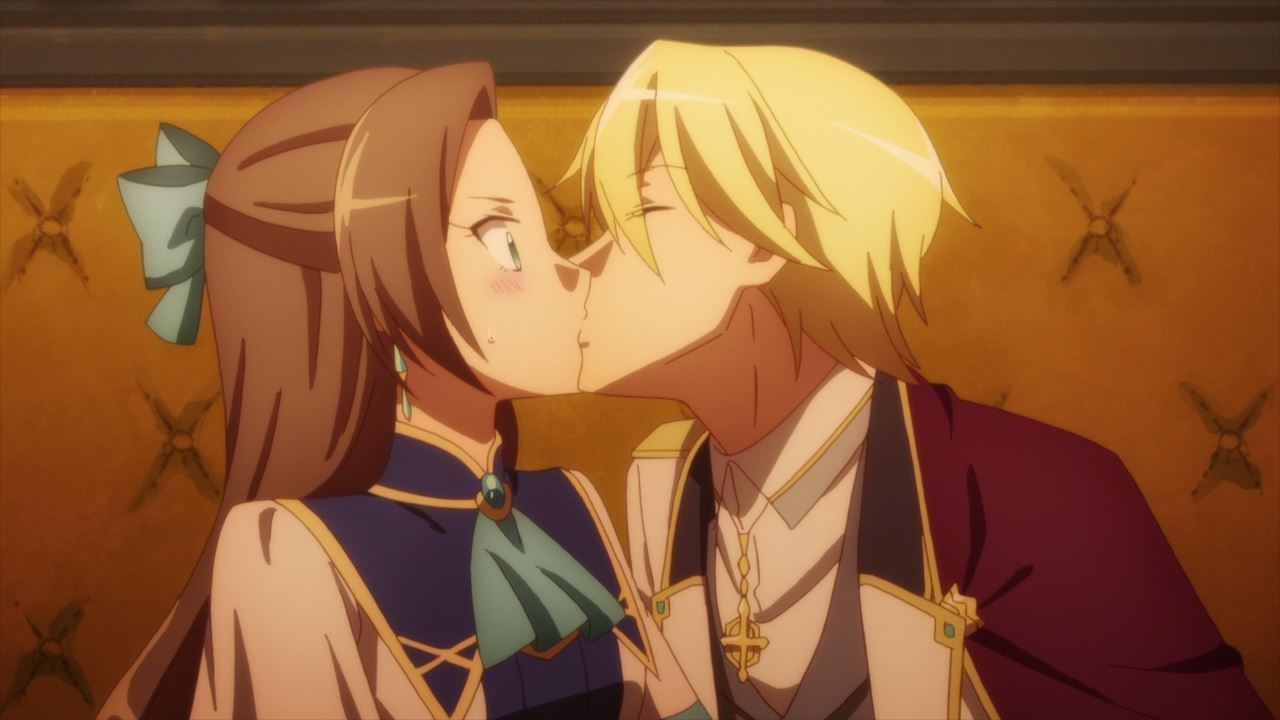 Of course, there’s Geordo Stuart where he can’t accept the fact that Keith accidentally kissed his fiancé, so Geordo decides to kiss Catarina to disinfect her lips. God, you’re getting annoying ever since Sora tries to rape Catarina! 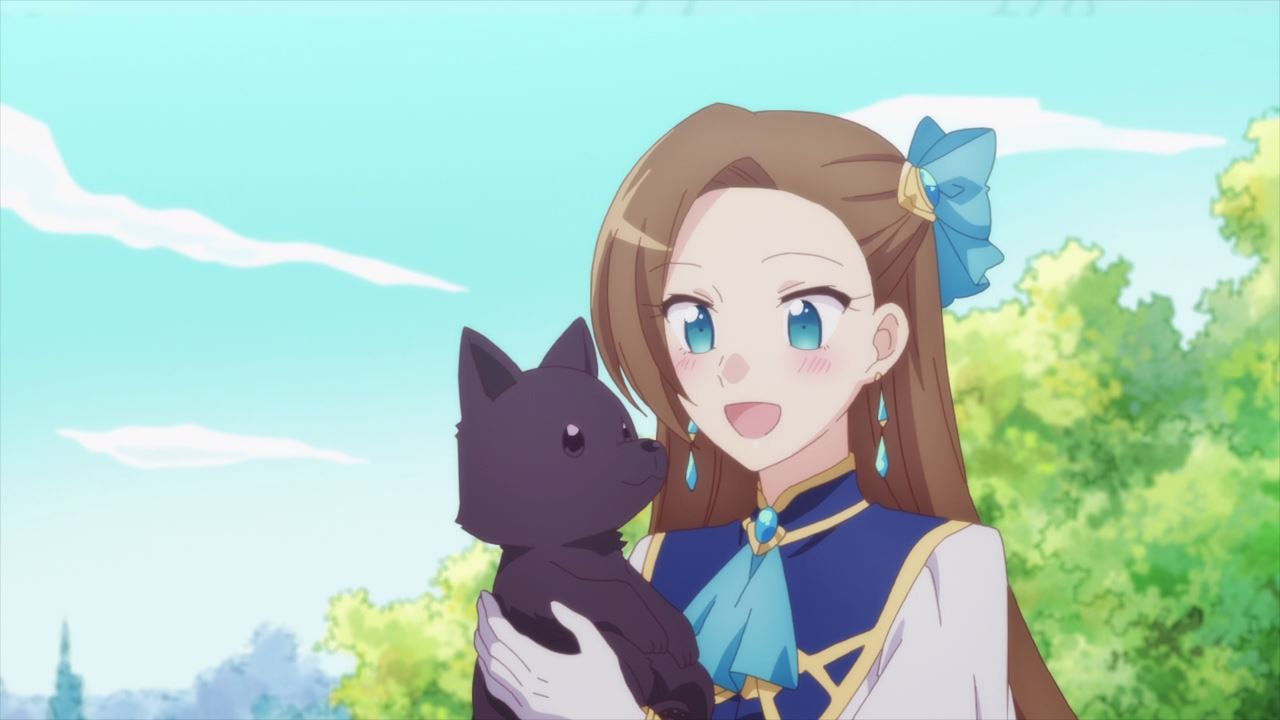 By the way, it appears that the dark familiar decided to stay at Catarina’s side. Now named as Pochi (or Spotty), I have to say that this dog familiar is the cutest thing ever. It’s all thanks to the villainess on taming Pochi! 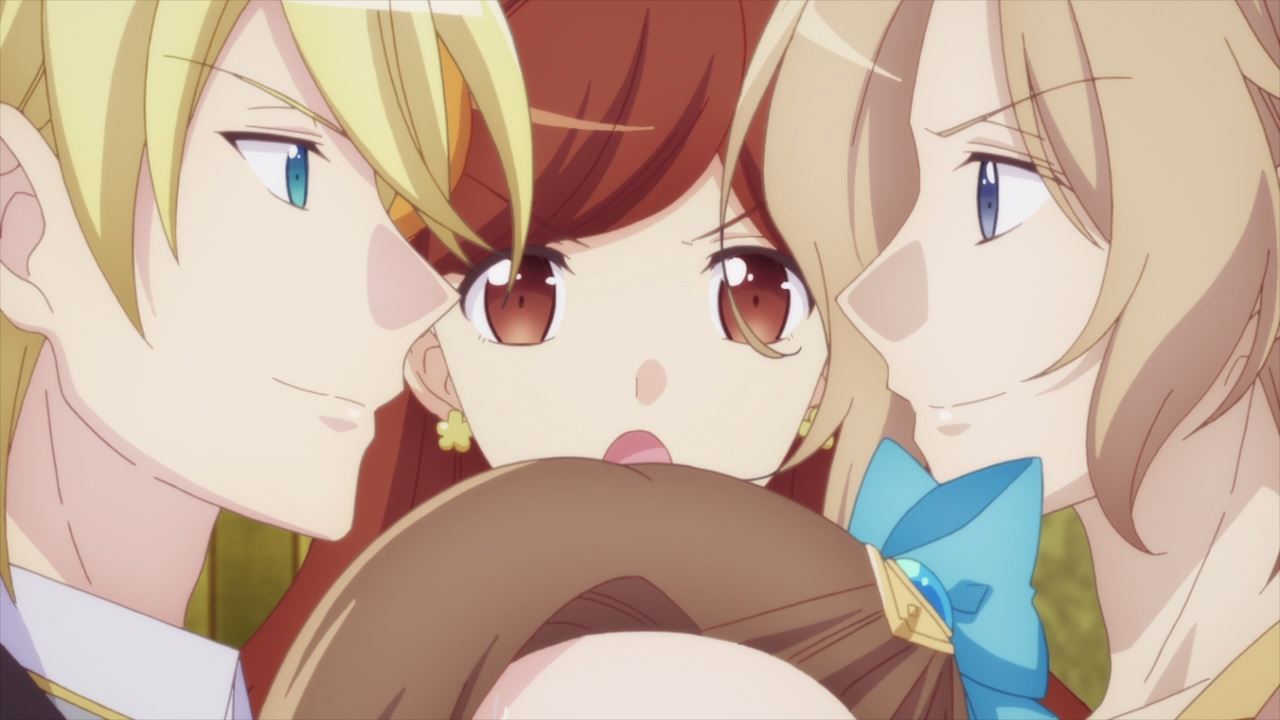 However, life returns to normal as the likes of Geordo, Mary, and Keith are fighting over Catarina’s affection. Glad that Keith is back to his usual self!

Well then, I have to say that this mini-story arc is the most intriguing I’ve ever seen, although there are questions left unanswered on why Sarah wants to use Keith Claes, where she should have use Thomas Coleman in the first place just to summon a dark familiar. Regardless, I feel that Sara will return in the future as she’s a wildcard to the world of Fortune Lover.

Of course, there’s one more episode to go where it’s time for Catarina Claes and her harem to graduate in Magic School. See ya next time!