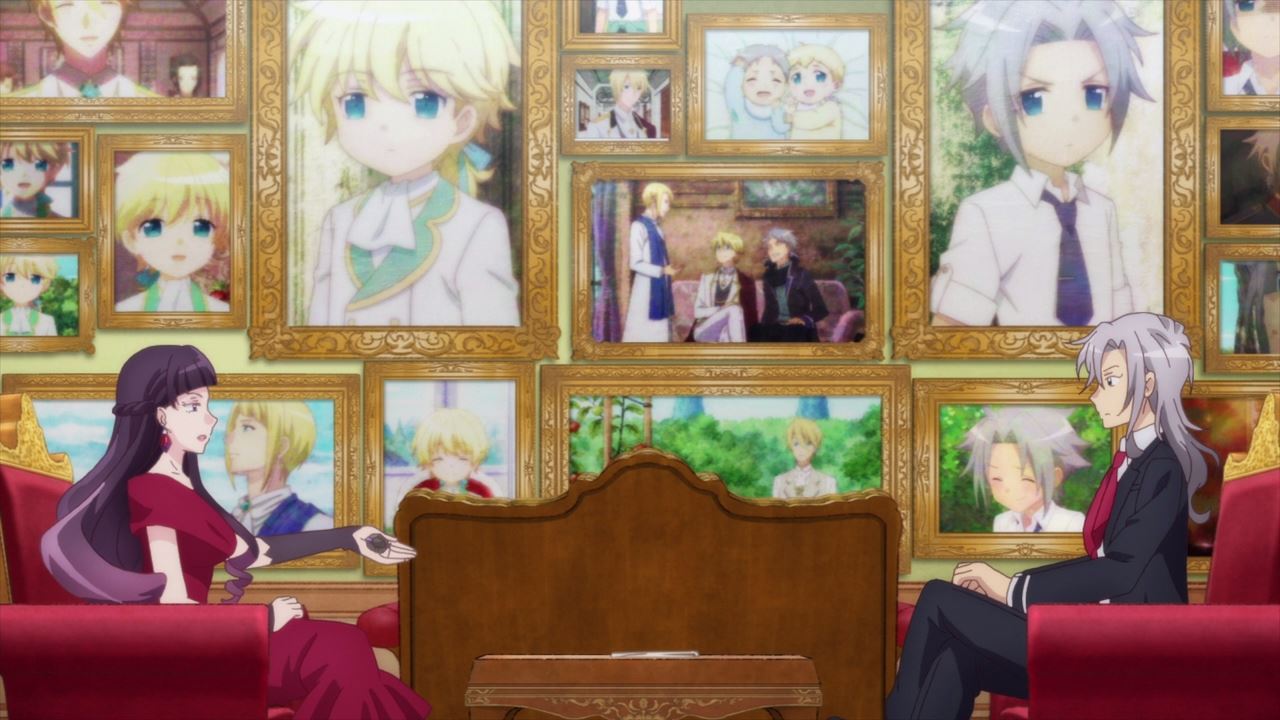 Let’s start with Suzanna Randall (or Larna Smith) where she discusses about Sarah’s appearance and her use of dark magic to Geoffrey Stuart, although Suzanna/Larna is surprised that Catarina Claes managed to save Keith by using the mirror she’s currently holding right now.

Furthermore, it’s revealed that Sarah got her dark magic from the Dieke household, meaning that it’s not just Raphael who got his magic from that wicked family. Seriously, the Dieke family might be the most diabolical faction within the Fortune Lover universe, making Catarina’s presence more like a harmless villainess in comparison. 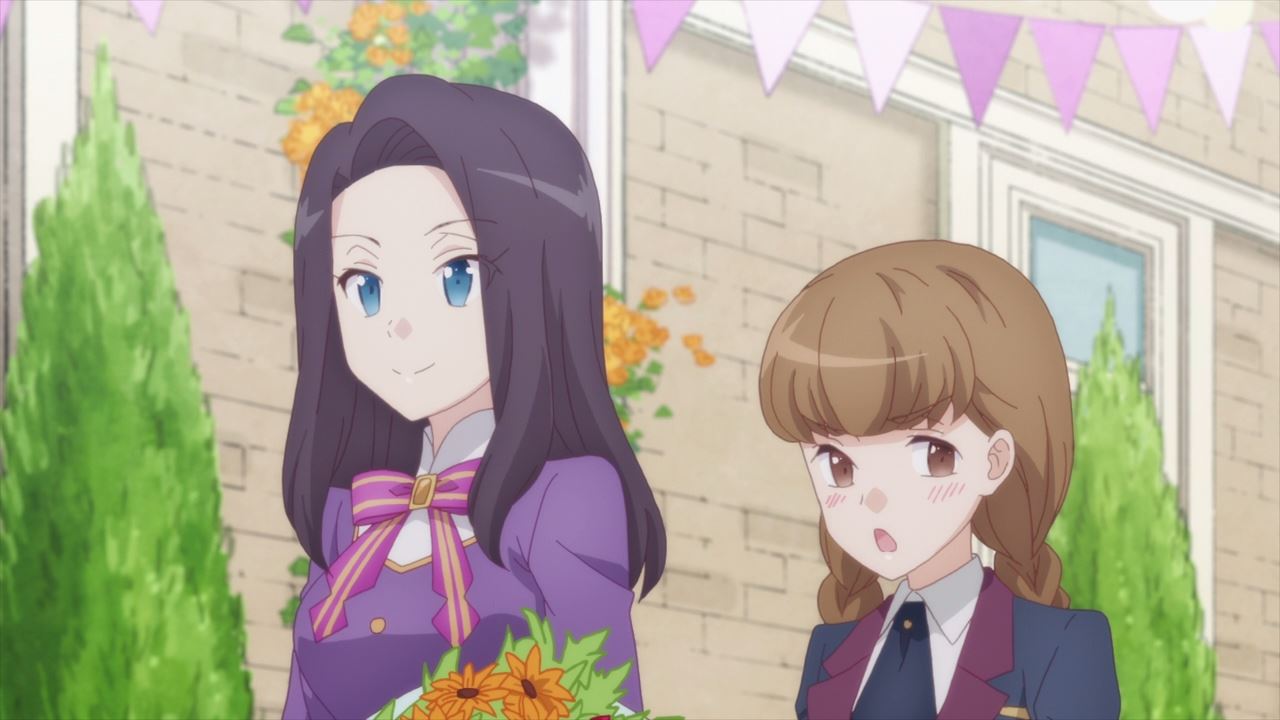 With that said, it’s graduation time where Catarina Claes and her harem will leave Magic Academy with flying colors. Oh yeah, here’s both Frey Randall and Ginger Tucker where they send a bouquet of flowers to Catarina. 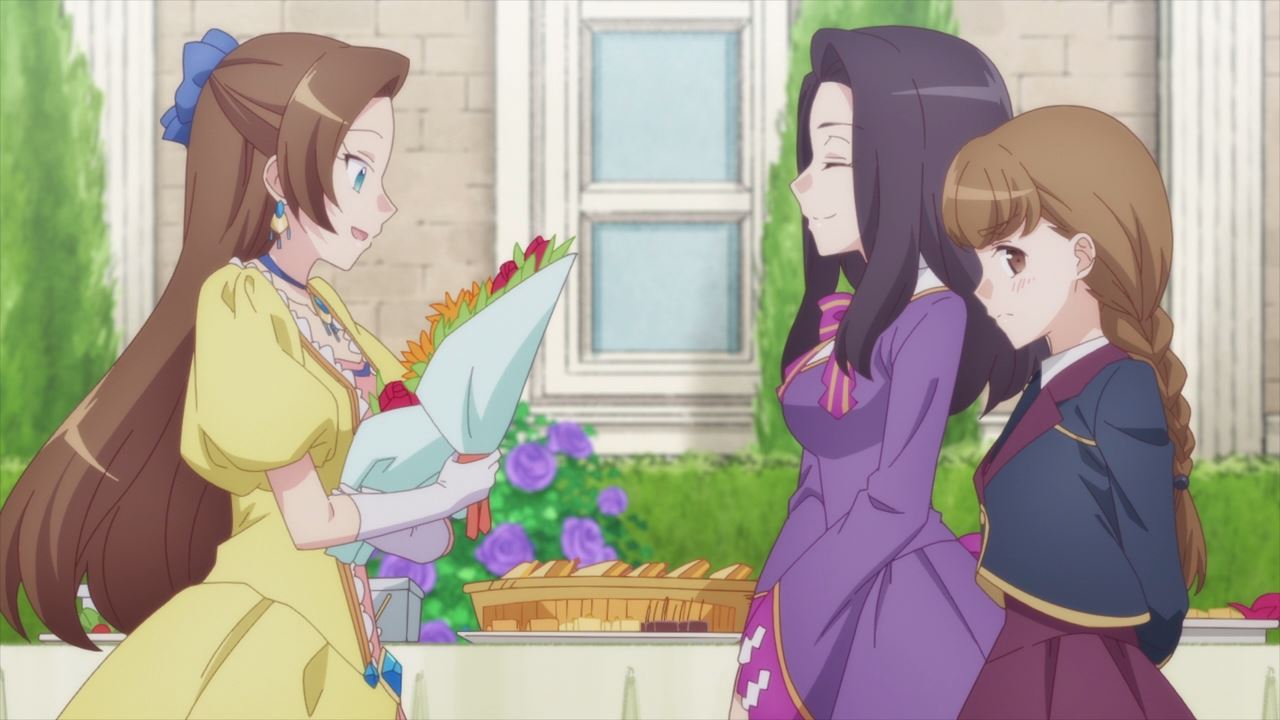 Speaking of Catarina, I’m impressed on how much she has changed ever since reincarnating as a villainess. Then again, Catarina should be careful when dealing with dangerous people, especially when they have dark magic. 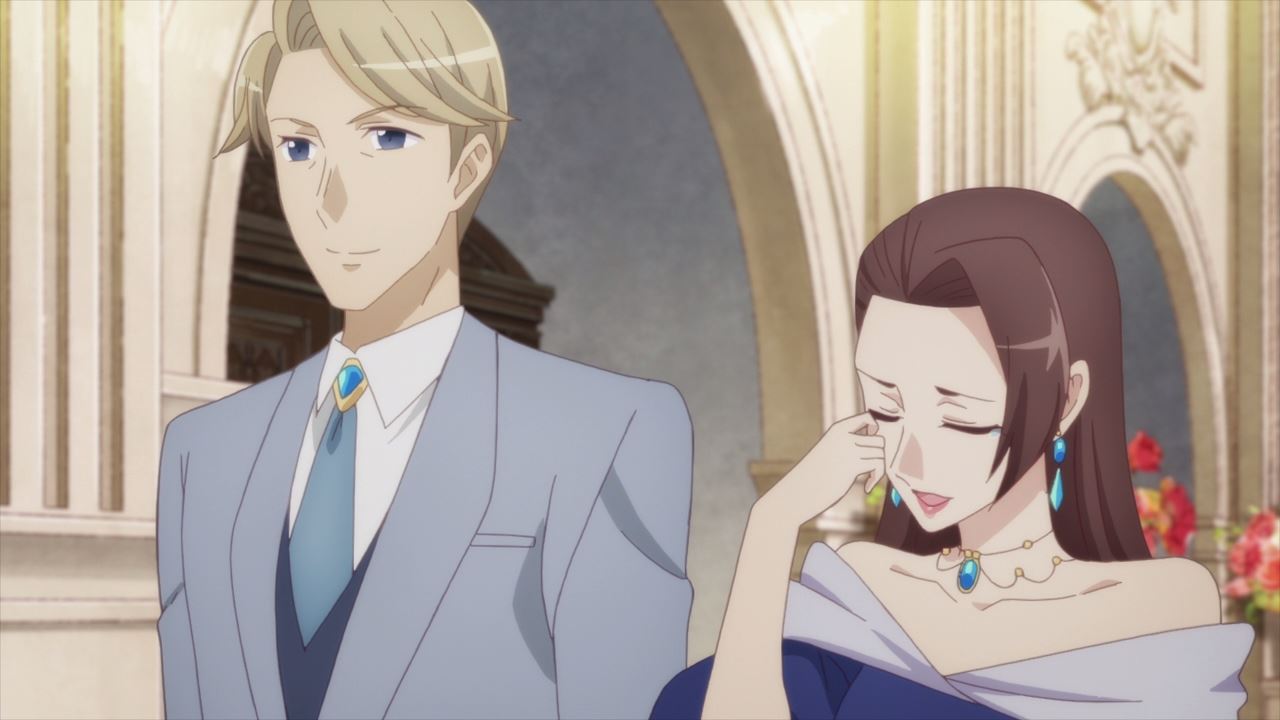 Meanwhile, looks like Catarina’s parents are happy that their daughter has graduated. Moreso with Millidiana Claes where she’s thrilled that her foolish daughter didn’t held back a year. 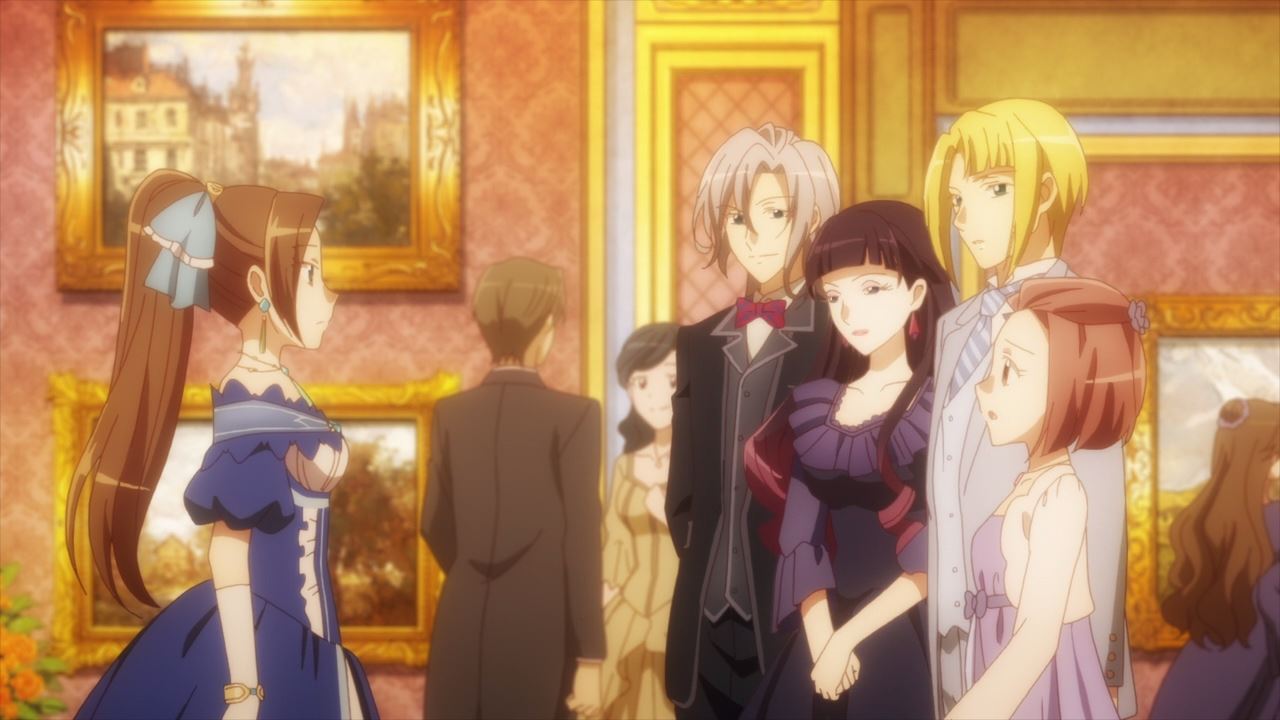 But now, it’s time for the party where Catarina met Geoffrey and Ian Stuart, plus Larna Smith and Selena Berg where the latter thanked Catarina Claes for saving her.

C’mon, it’s no biggie that the villainess convinced Selena to reconcile with her fiancé rather than stagnating their relationship. 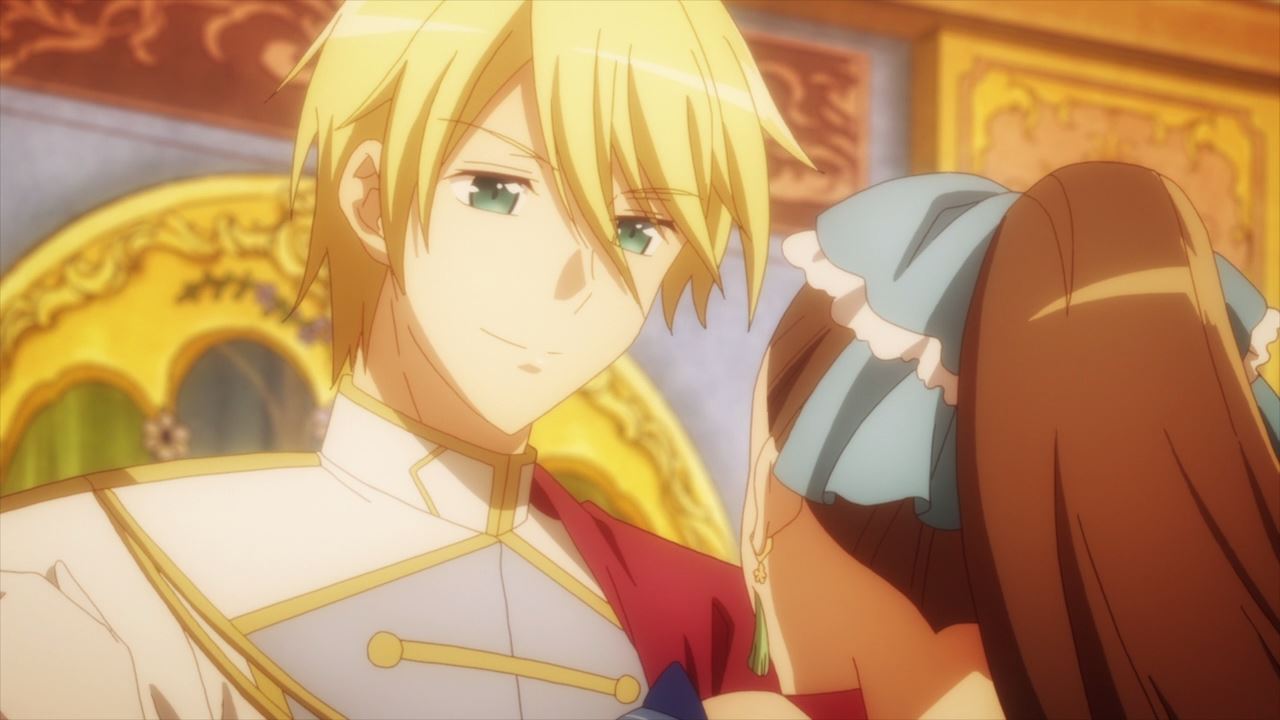 Speaking of Catarina’s fiancé, here’s Geordo Stuart where I feel that his personality took a downgrade where Geordo becomes so obsessive to Catarina. Man, where’s my prince in shining armor? 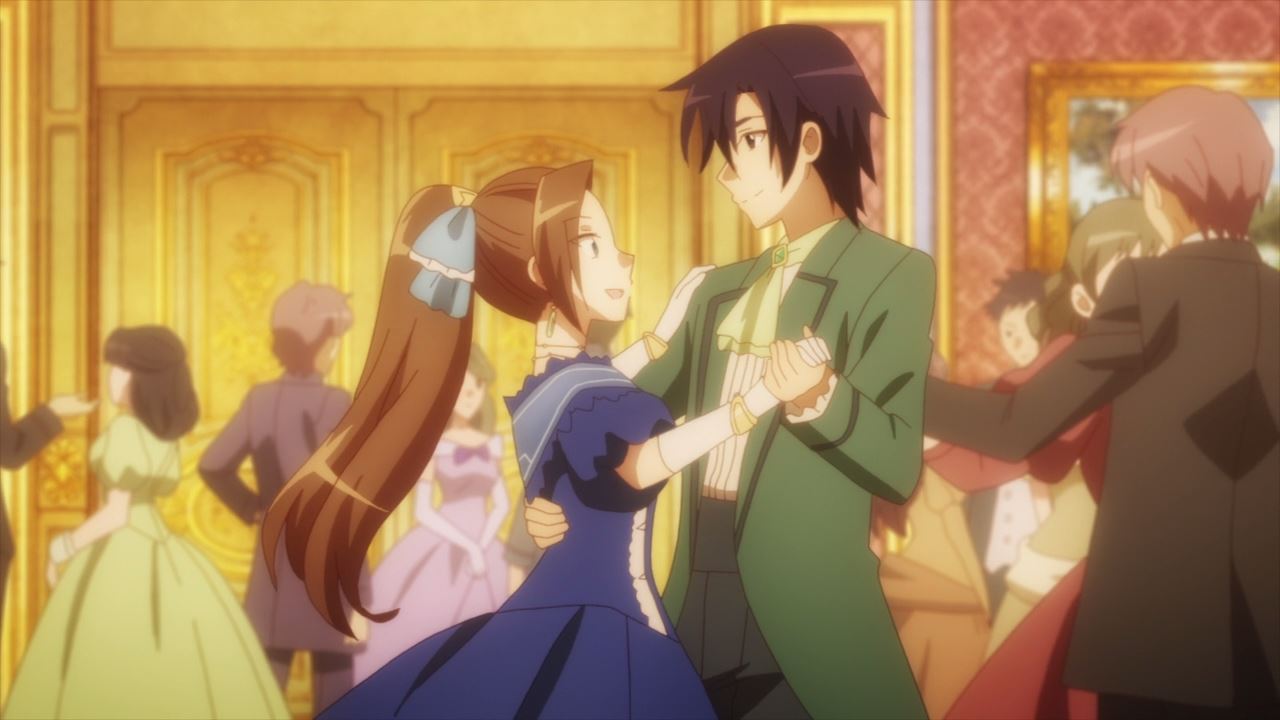 But hey, at least Nicol Ascart didn’t change much as he still has that killer smile. Never change, my black prince! 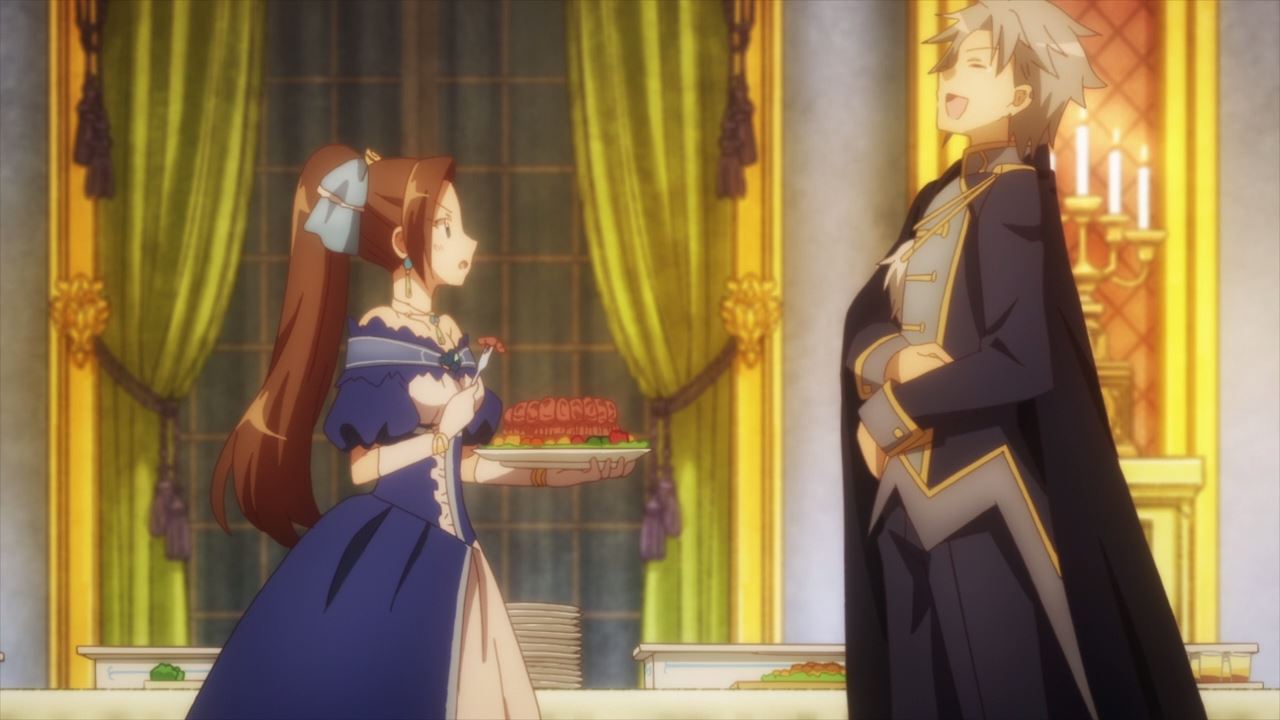 Oh yeah, here’s Alan Stuart where he’s making fun of Catarina for chowing down a large meat platter… until Catarina decides to share her meal with Alan. 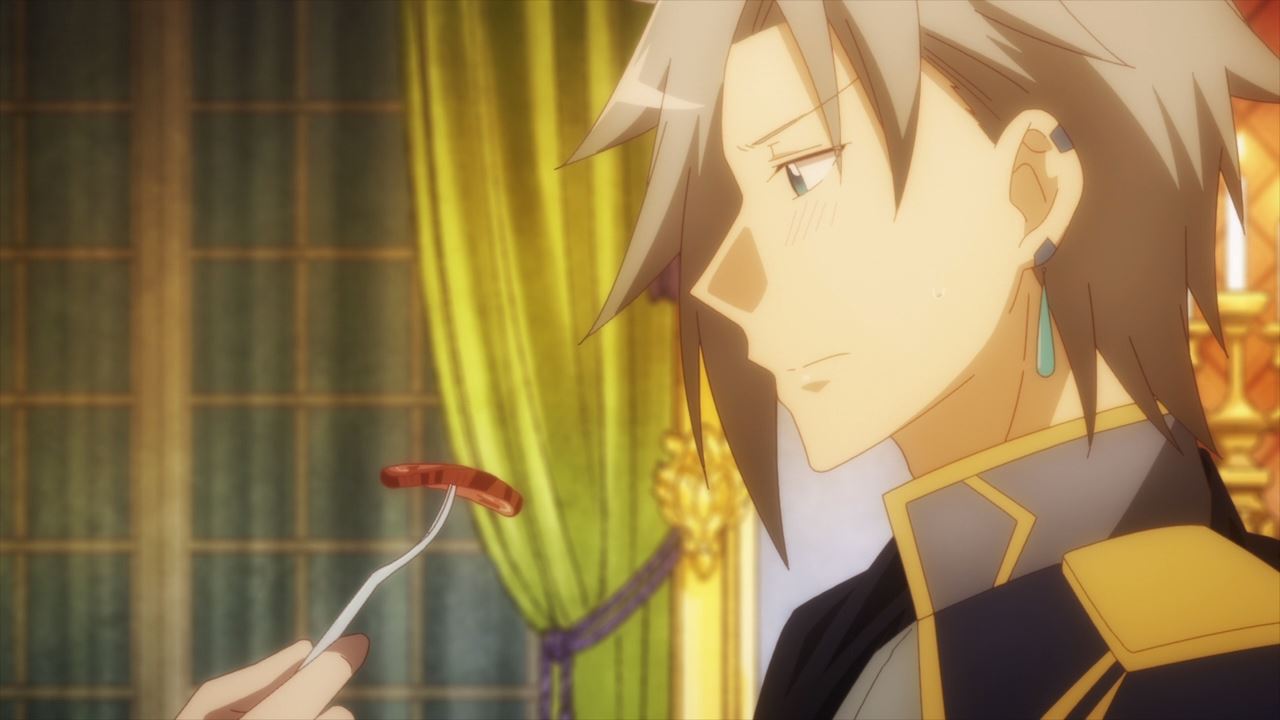 But really, I’m glad that Alan remained what he is in Season 2. C’mon, he’s really chill compared to Geordo! 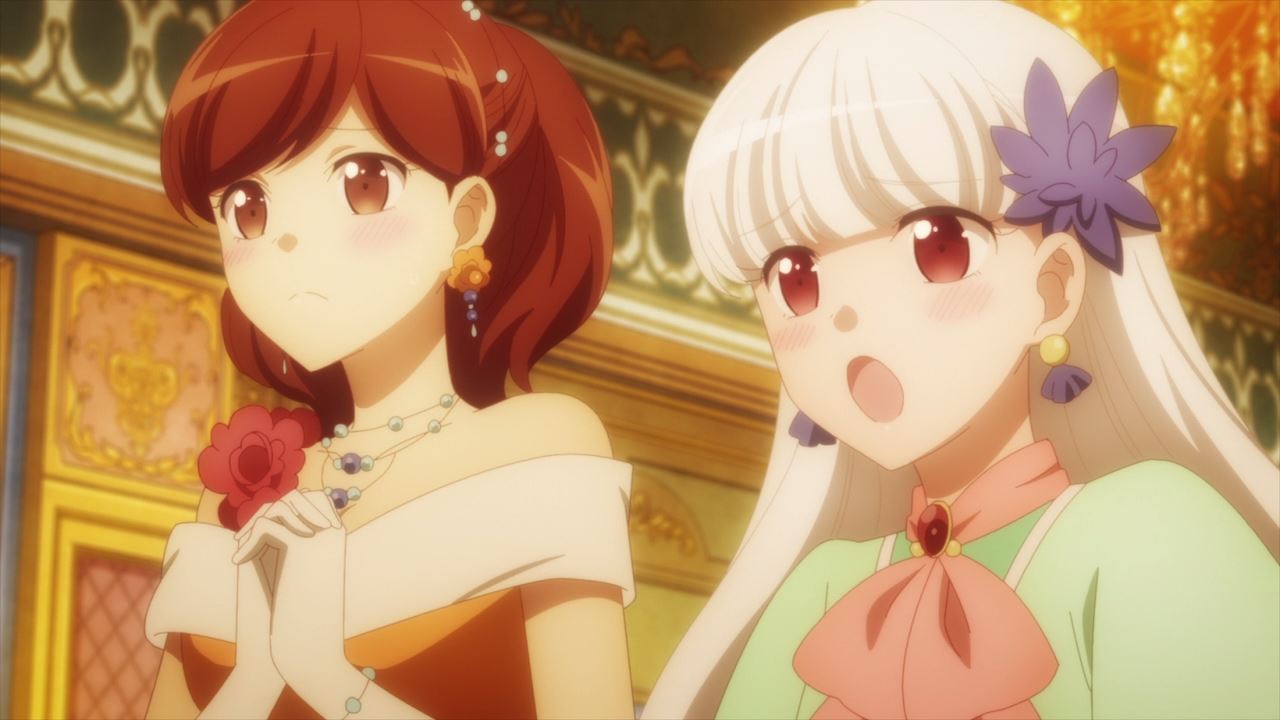 Then again, there’s both Mary Hunt and Sophia Ascart where they want Catarina to feed them. Oh ladies, you really want to be fed by the villainess, don’t you? 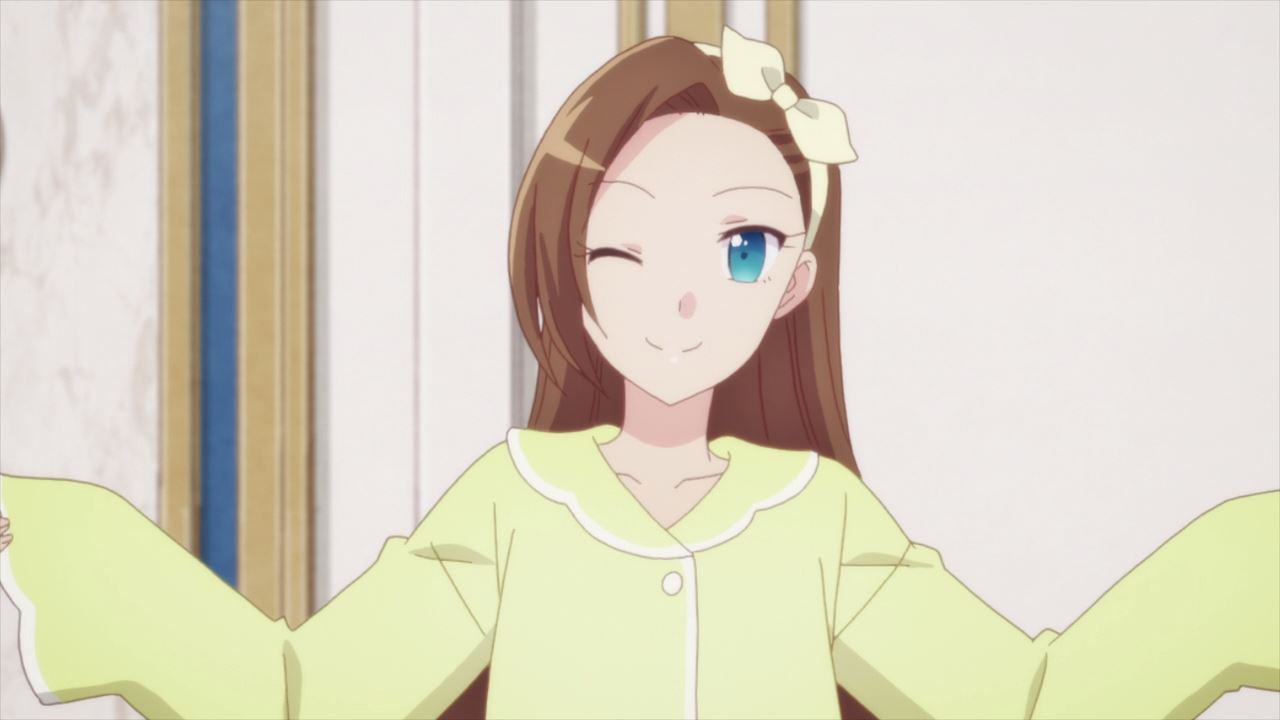 Now then, it’s time for the after-party or should I say a girls’ night out where Catarina Claes will have a sleepover with the likes of Maria, Mary, and Sophia. But first, Catarina shows her pajama to Keith. 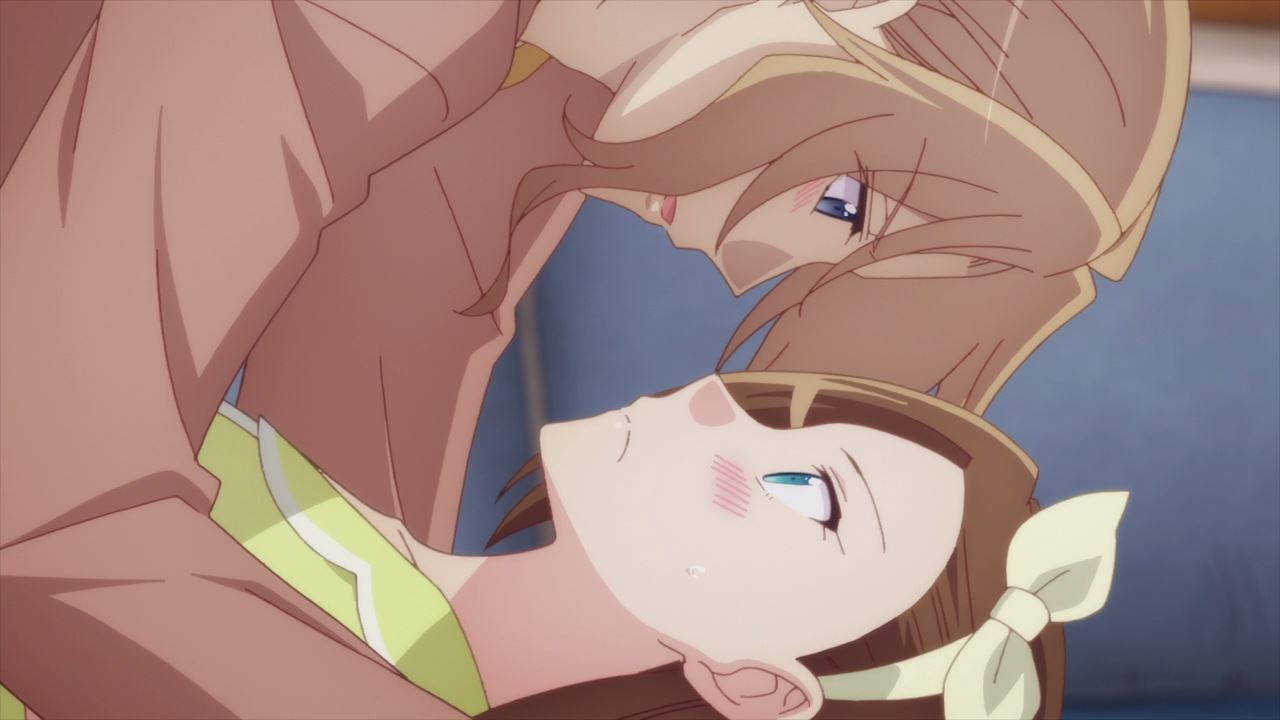 Speaking of Keith Claes, it looks like he’s really in love with Catarina ever since the day his sister saved him from despair.

Seriously though, I think Keith shouldn’t push Catarina down to the bed or Geordo might kill him. 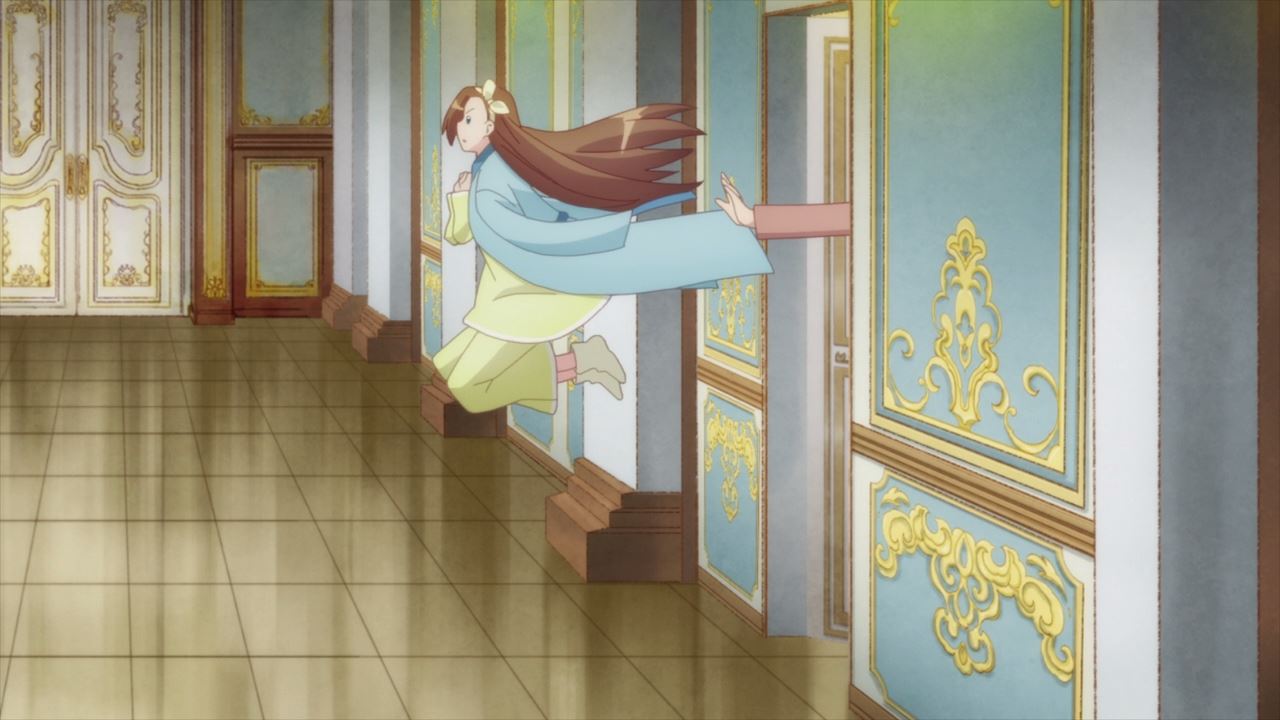 For now, Keith toss his sister away as he warned Catarina to protect herself from any kind of dangerous, especially when dealing with lecherous men in sheep’s clothing. 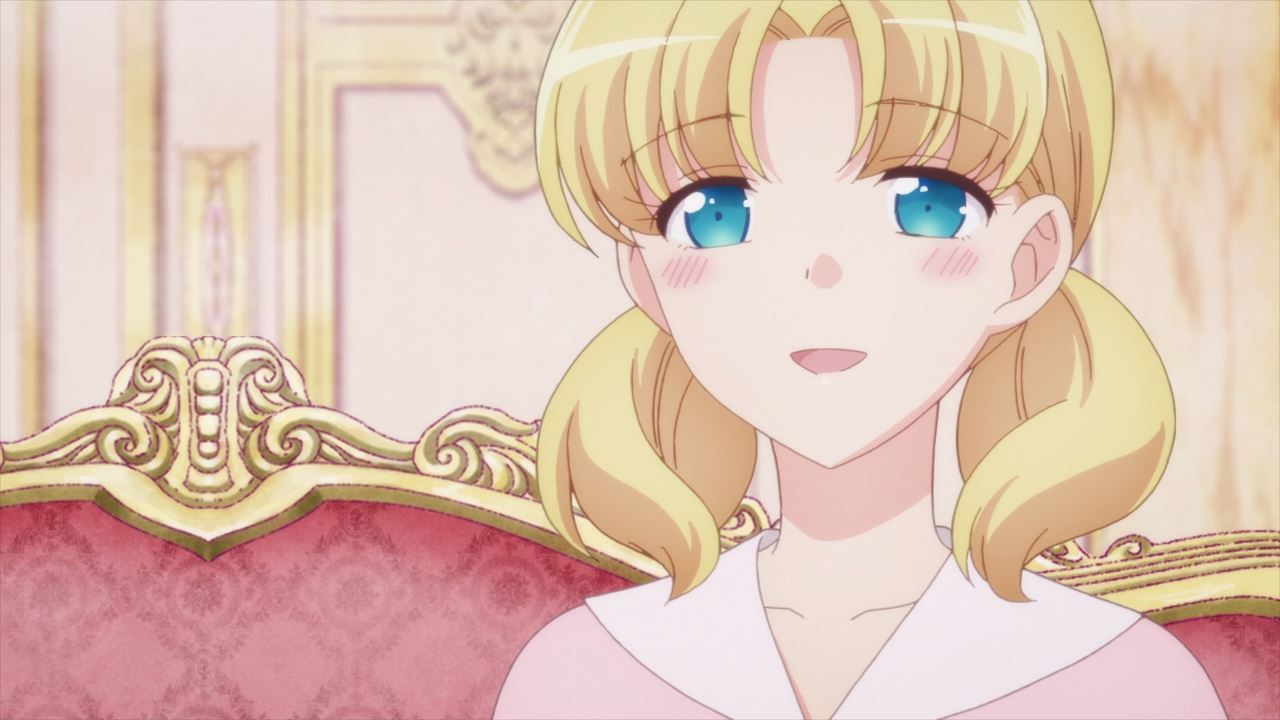 One last thing, here’s Maria Campbell where she plans to join the Department of Magic after graduation. While she made some friends, especially Catarina Claes, Maria needs some love! 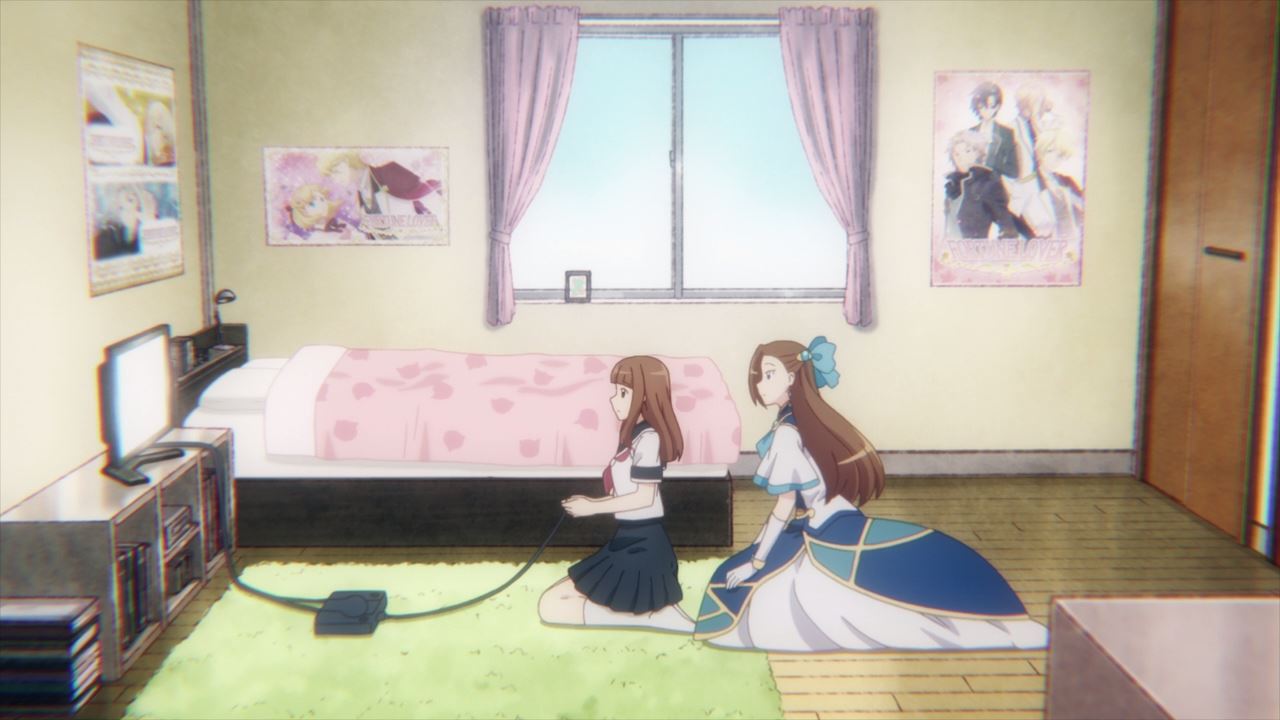 Now let’s move onto something different where Catarina is having a dream. And as you can see, we have Atsuko Sasaki playing the follow-up to Fortune Lover. 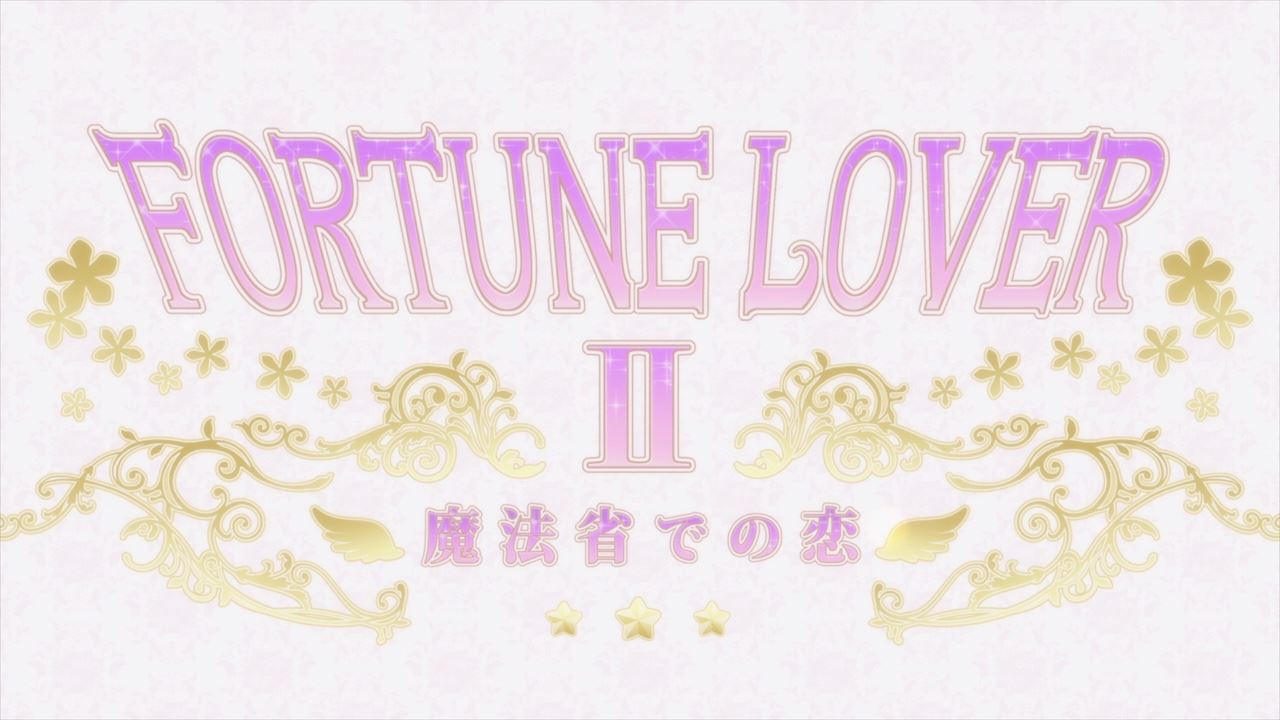 That’s right, it’s Fortune Lover II where the main heroine Maria Campbell took a job at the Department of Magic instead of marrying one of the lovely boys from the prequel.

But wait a minute, don’t tell me that this 2nd season is actually a side-story or a fandisk? I’ve been fooled all along as I thought that Season 2 will adapt Fortune Lover 2! 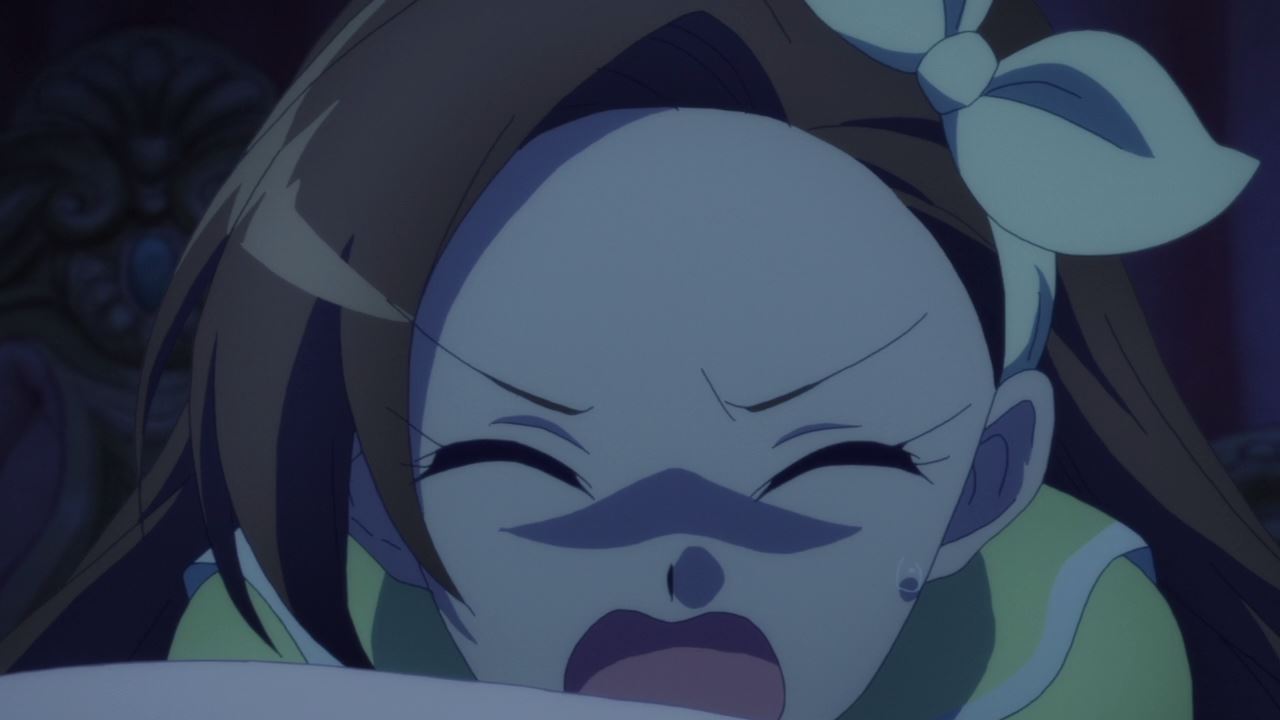 Of course, Catarina Claes doesn’t want to deal with death flags anymore as she wants to enjoy her slow life.

I mean, her character makes an unexpected return in Fortune Lover 2 so she’s scared of having death flags again. 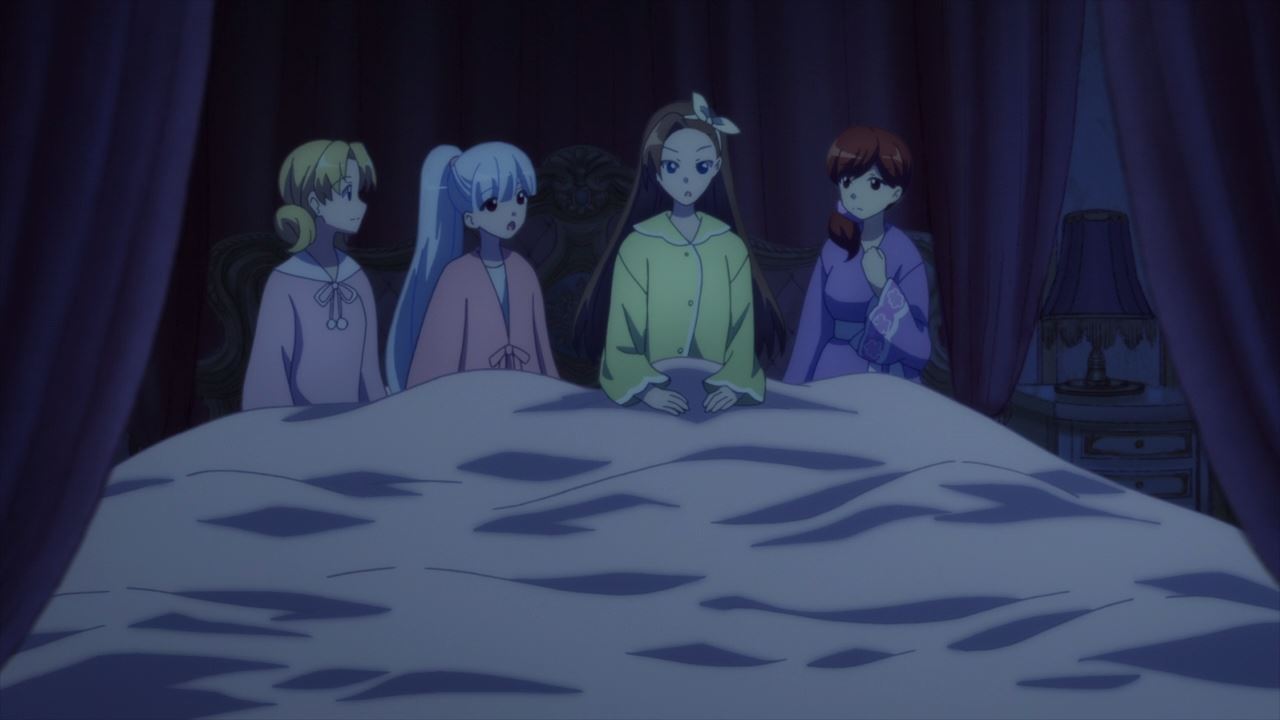 But you know what, I think Catarina is just too paranoid as she need a good night sleep. Even Sophia Ascart is worried that her best friend is having a nightmare. 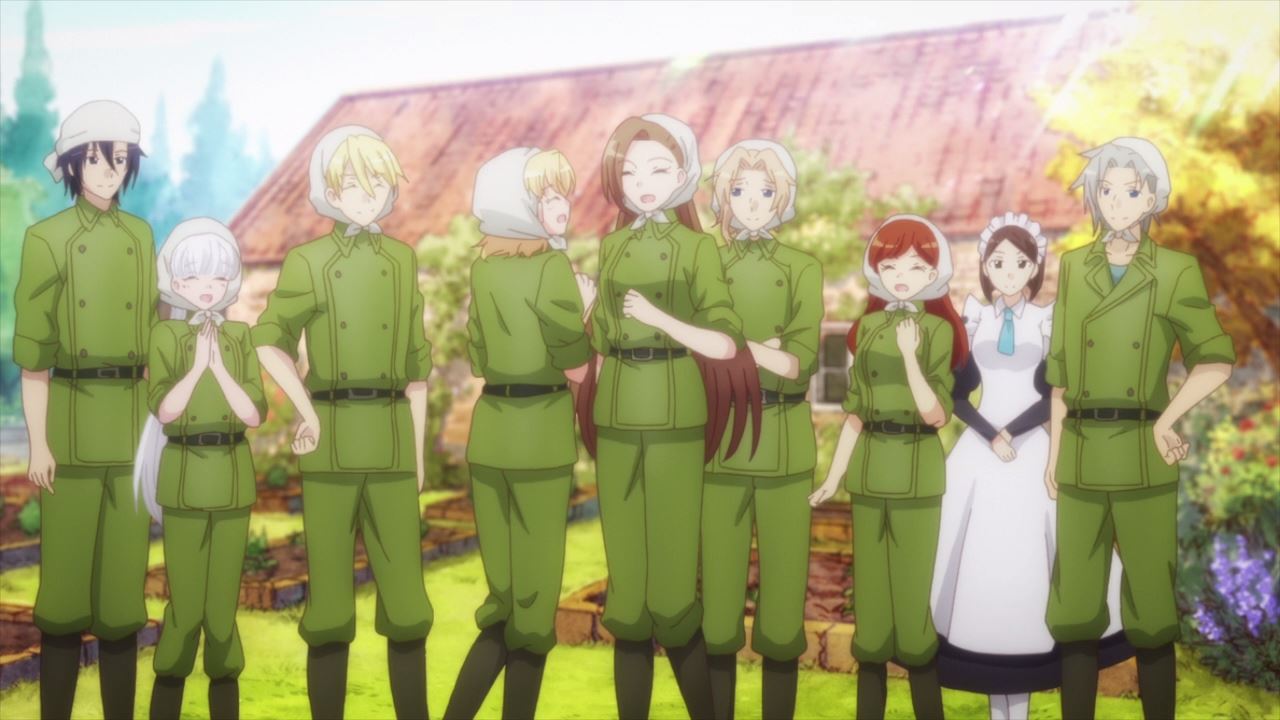 But that’s the end of HameFura X where they lived happily ever after… or so I thought.

You know what, this sequel is slightly better than the first, but I feel that I want to see more of it such as the feud between the Stuart brothers over the throne, as well as Sarah where this dark witch is still a mystery. Then again, I feel that it’s saved for future seasons.

With that said, HameFura X is a decent follow-up, although I’m still annoyed that Geordo Stuart went from being prince charming to an obsessive fool. 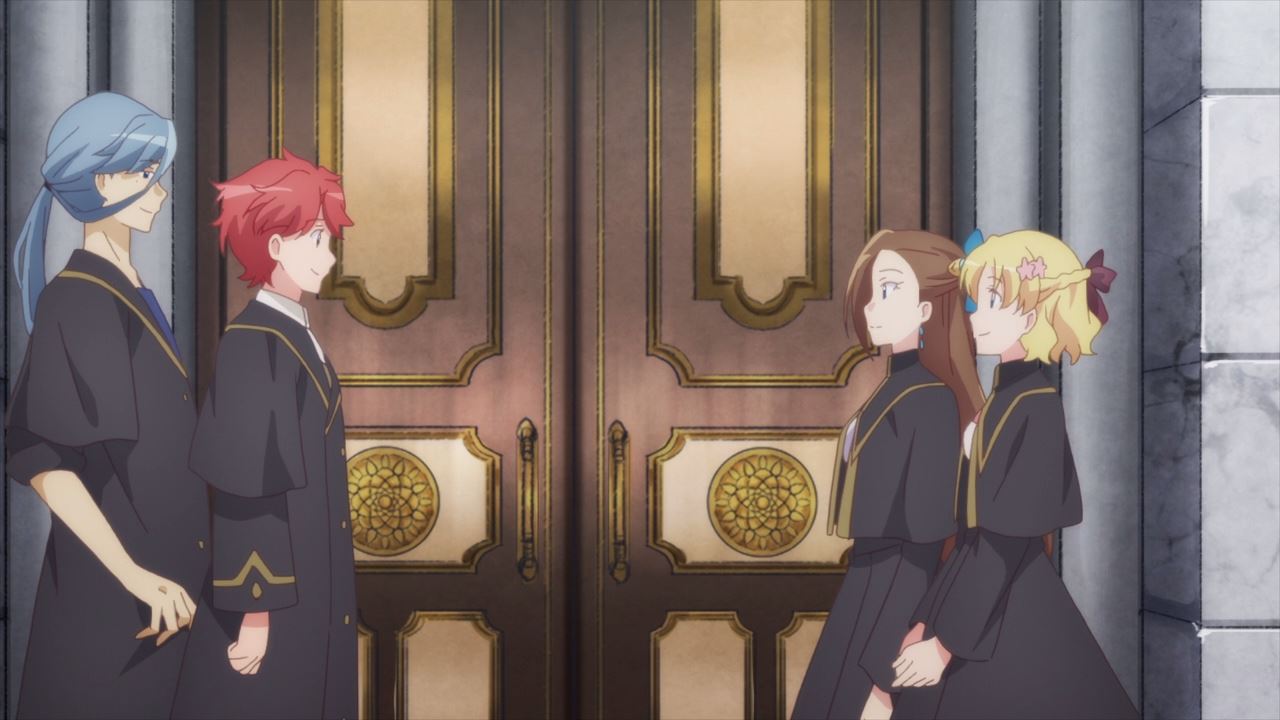 And now, it’s time for the after-story where Catarina Claes and Maria Campbell are now working as apprentices at the Department of Magic.

While the likes of Raphael Walt and Sora will assist the ladies, there’s more in store for the villainess… 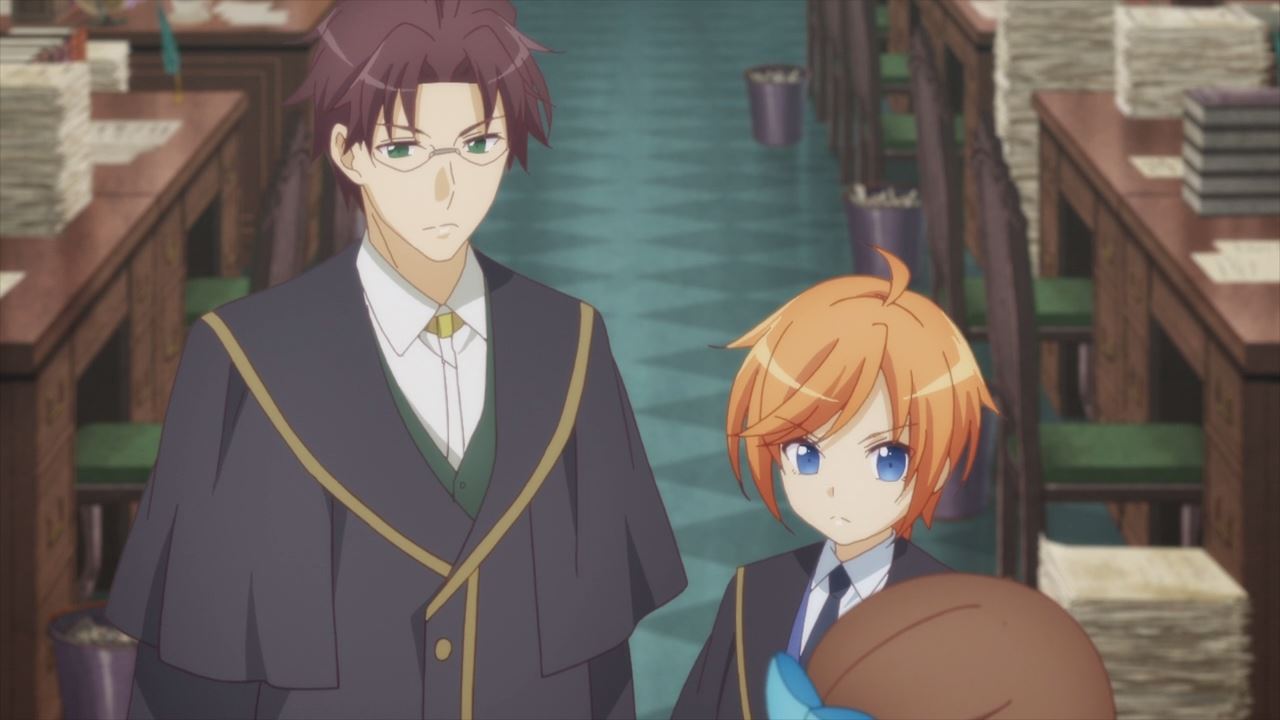 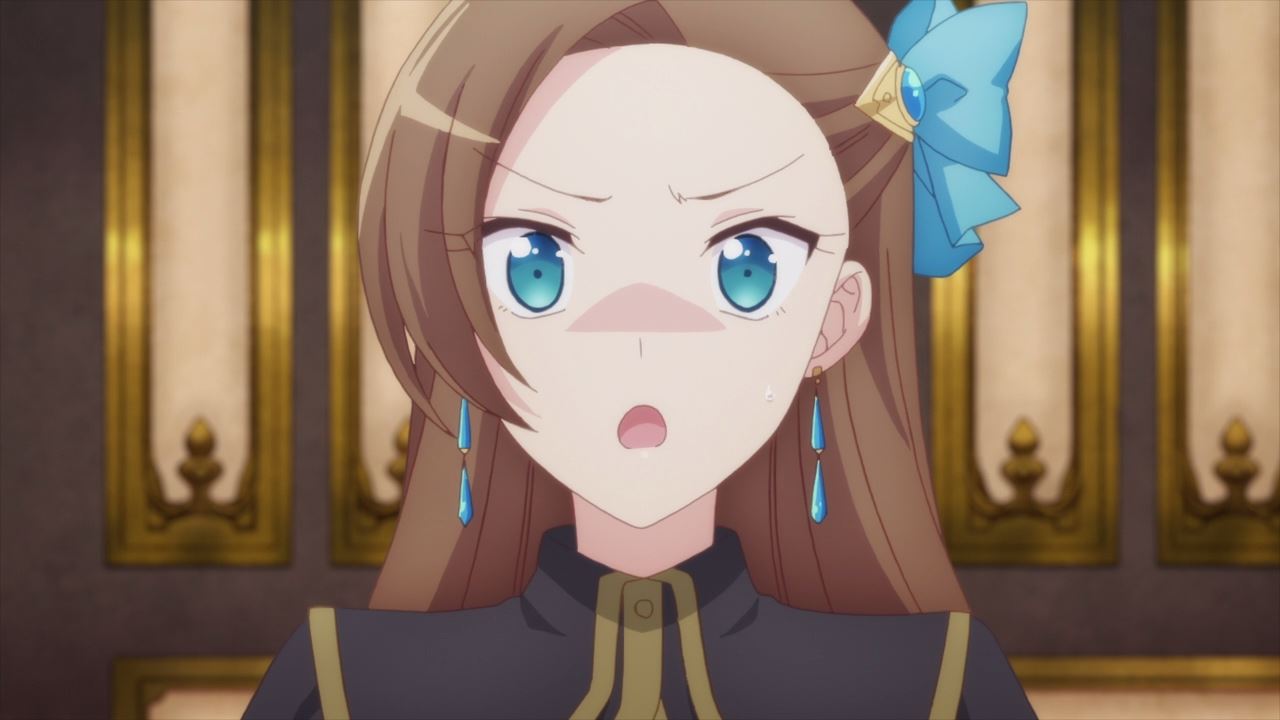 With that said, looks like the death flags don’t stop coming towards Catarina Claes as she’ll have to deal with them in the future.

Speaking of future installments, there are news that HameFura will have a movie. I guess this light novel series has gone so popular thanks to SILVER LINK’s anime adaptation. For now, I’ll see her again in another time!